One of the streets converging on Trafalgar Square (the previous entry in the series) is The Mall, which runs straight to the Queen Victoria Memorial and the Buckingham Palace. Access to The Mall from the square is through Admiralty Arch. Its name symbolizes solely the fact that it adjoins the Old Admiralty Building. It was not built to commemorate any naval victories, but rather in memory of Queen Victoria. 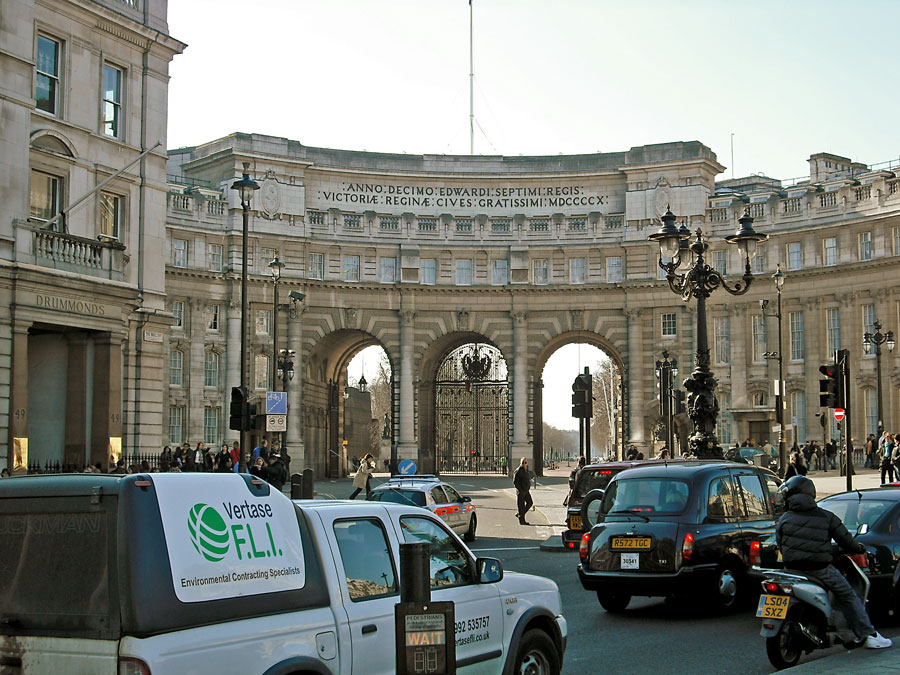 And here is the view from the other side. Interestingly, the archway is built to be concave from both front and back. Not that I know which side is the front, to tell the truth. 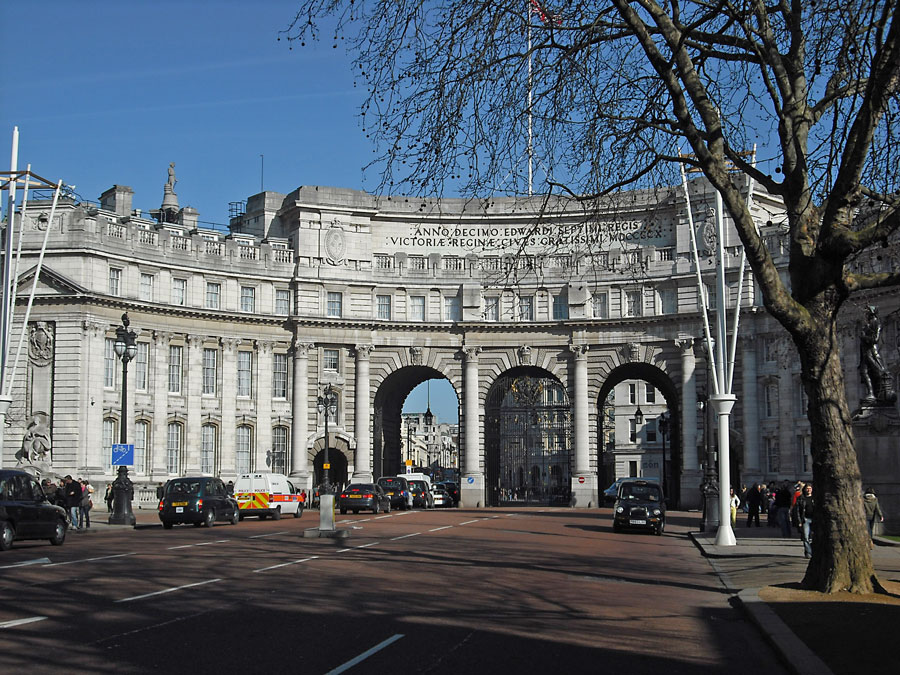