Remember my posts about usage differences in English language? Here is a little illustration. As I was walking by this sign posted at a construction sight, I had to stop and spend a few moments to juggle the different meanings of the words in my head so they fit together. 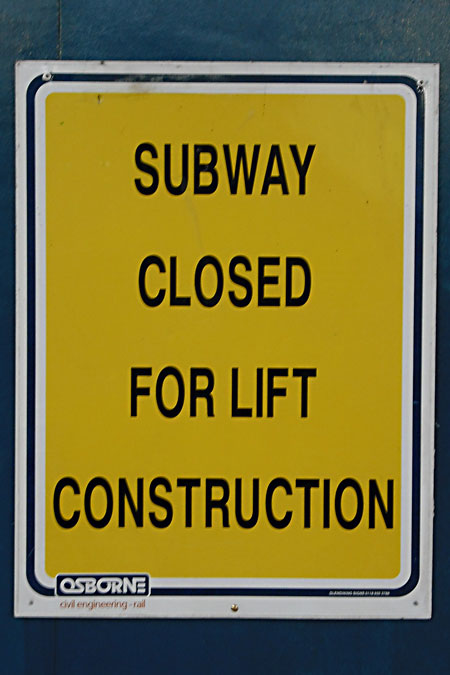 It’s just one underground pedestrian passage that’s out of commission, not the whole subway system.