A couple of weeks ago I was on a business trip in Chicago. This being my first long-distance foray since Austin, I had to incorporate a bit of sightseeing into the itinerary. As may be easily predicted these days, I focused on the World Heritage places that I had not visited before.

I already count Frank Lloyd Wright’s buildings as visited on my WH roster, on the strength of having seen the Guggenheim in New York City (many times, most recently in April) and Fallingwater in Pennsylvania (once, some ten years ago). Wright, of course, kicked off his successful career in Chicago. The suburb of Oak Park, IL, offers an extensive circuit of Wright’s houses and is also the location of one of his masterpieces included on the WH inscription, the Unity Temple. Alas, the church was not open for visits at the time of my trip. So, I went to another inscribed property within reach, the Frederick C. Robie House which sits in the middle of the University of Chicago campus. 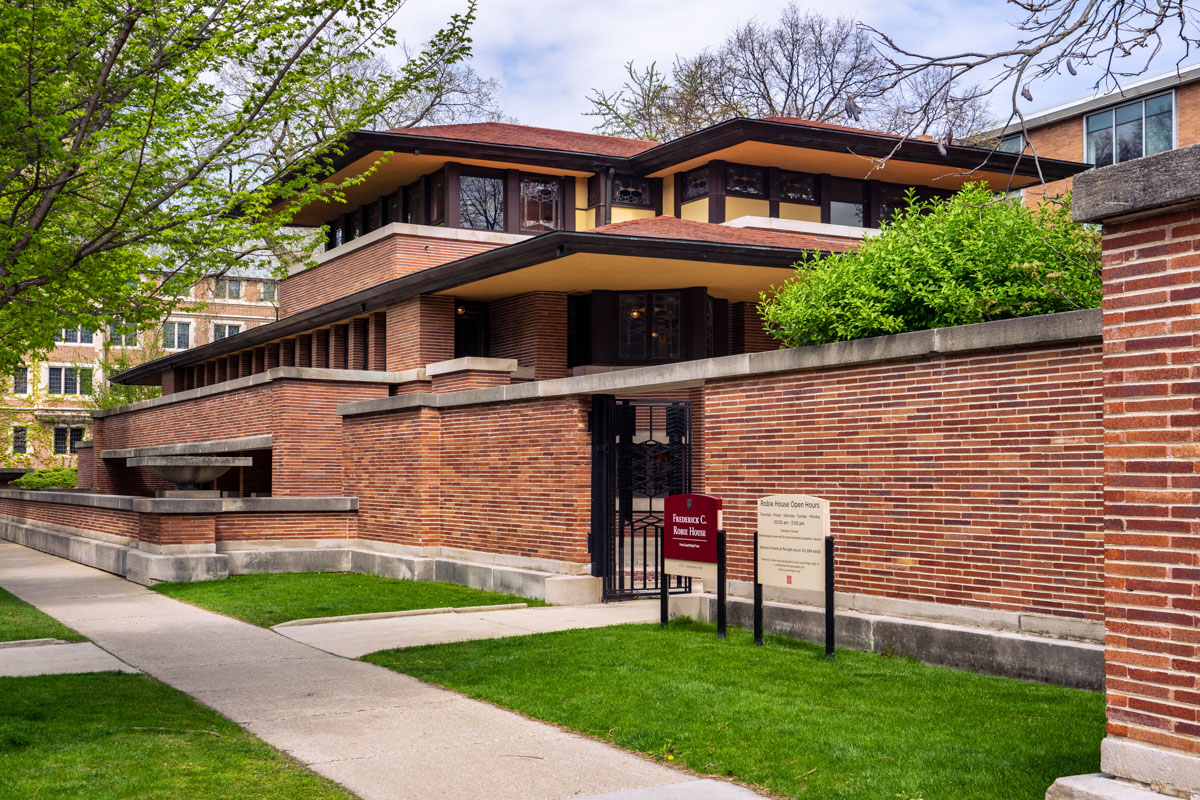 The cantilevered roofline and the continuous rows of windows on each floor that manage to preserve privacy are among the key features of this Prairie-style house. 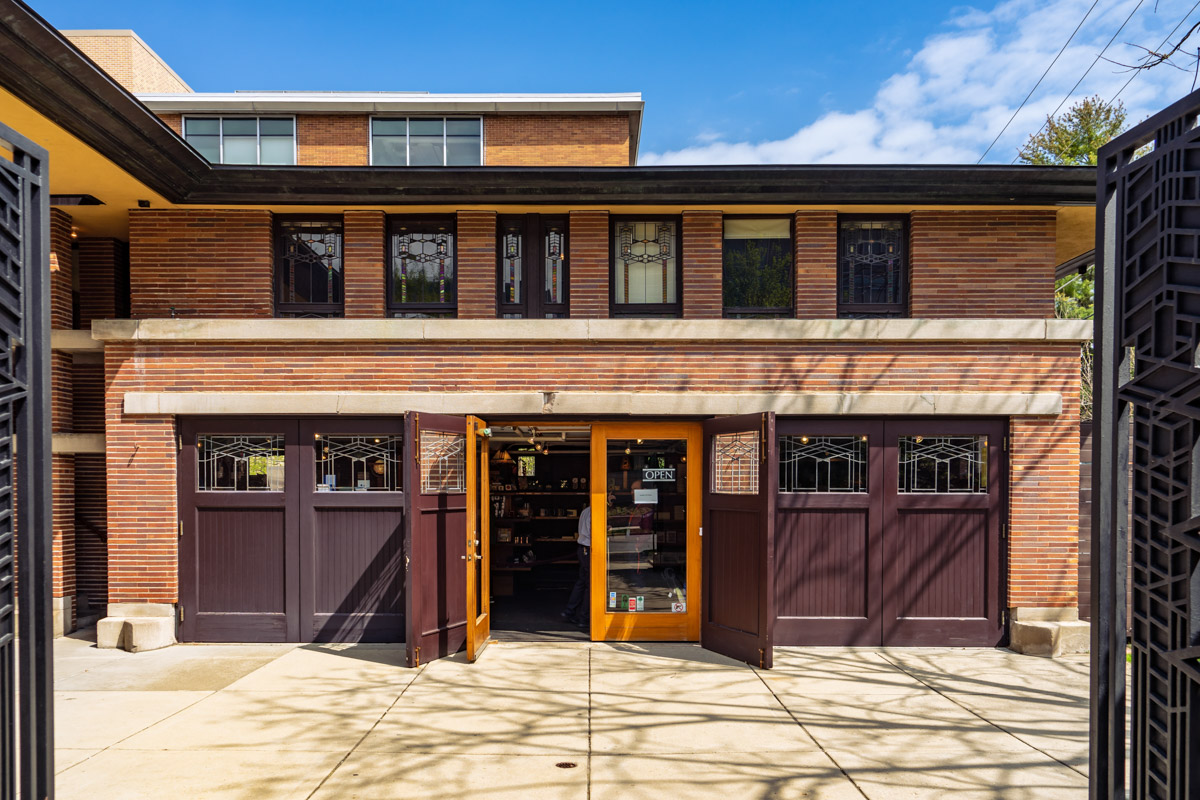 True to the inscription, the house exhibits discernible elements of “organic architecture” and a number of techniques and solutions that mark Frank Lloyd Wright as one of the foremost innovators of the 20th century in his field. And yet in visual terms, it is rather underwhelming once you step inside. There are lovely partially stained-glass windows throughout, notable built-in features doubling as decorative elements, examples of impressive masonry echoing the exterior, but the relative emptiness of the house mutes the impression quite a bit. Here are a few looks. 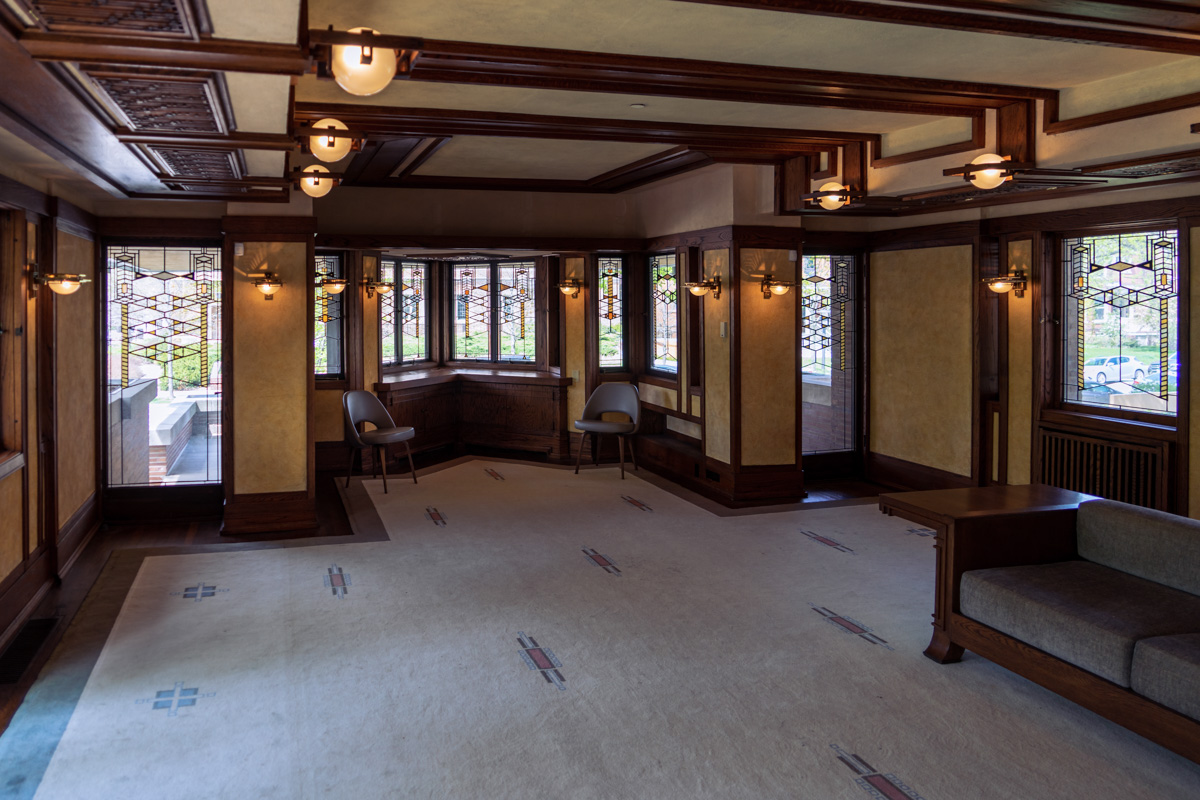 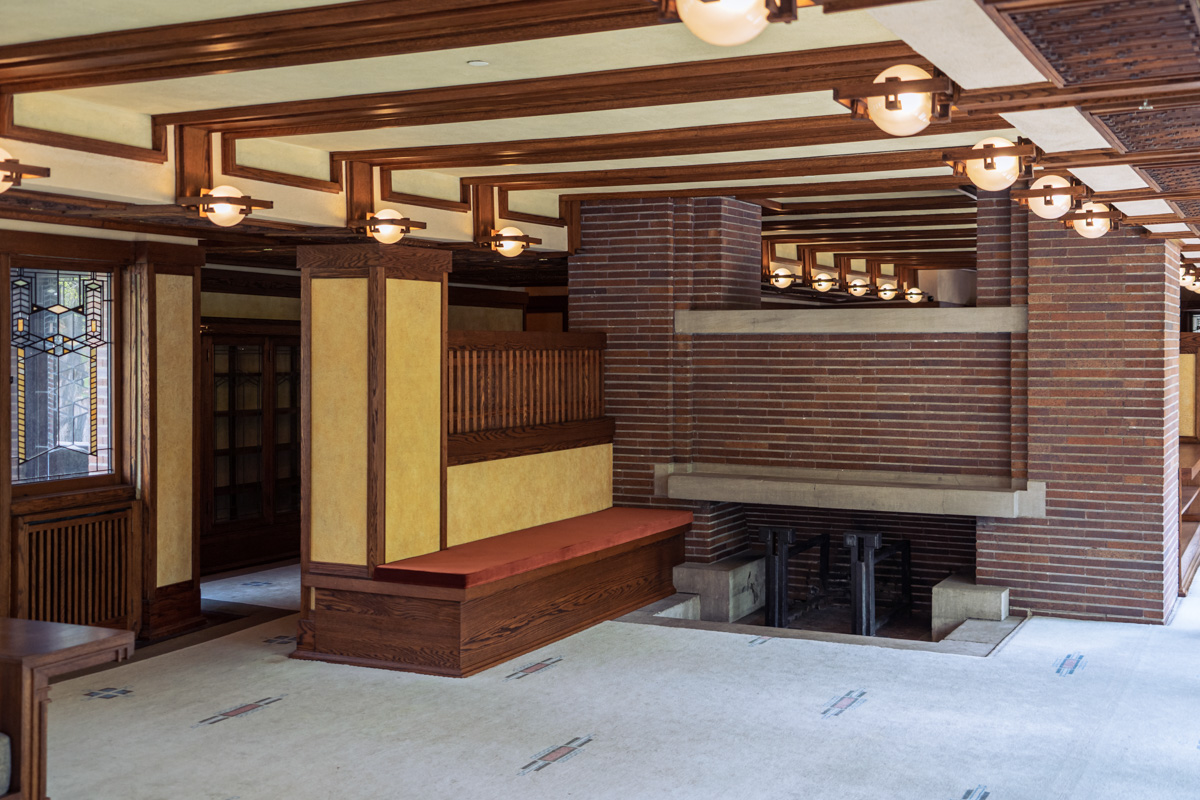 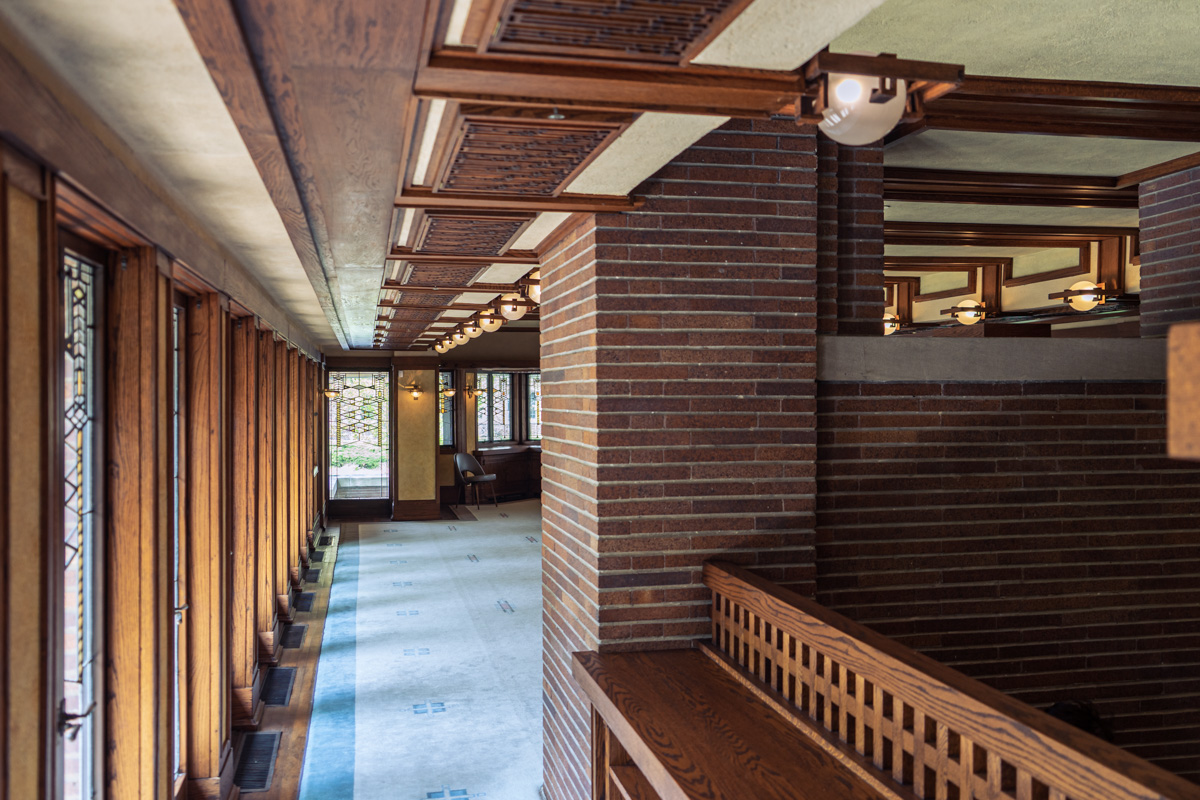 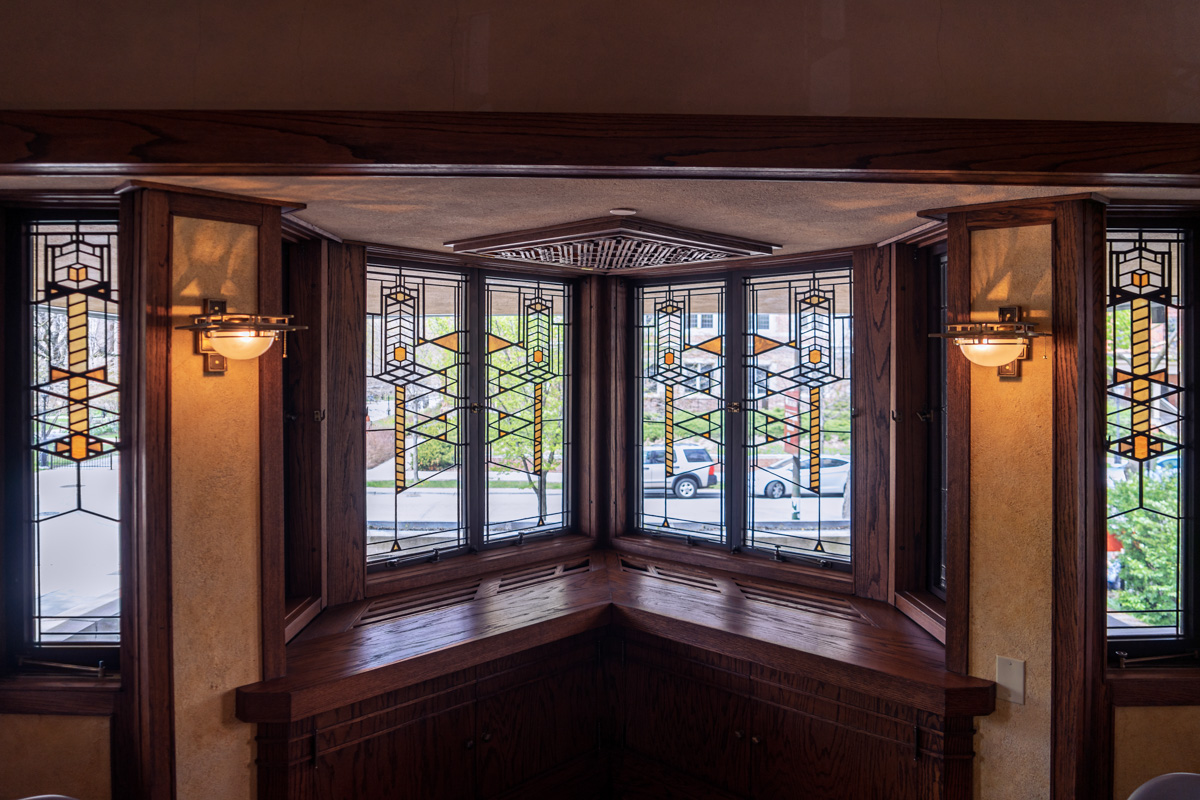 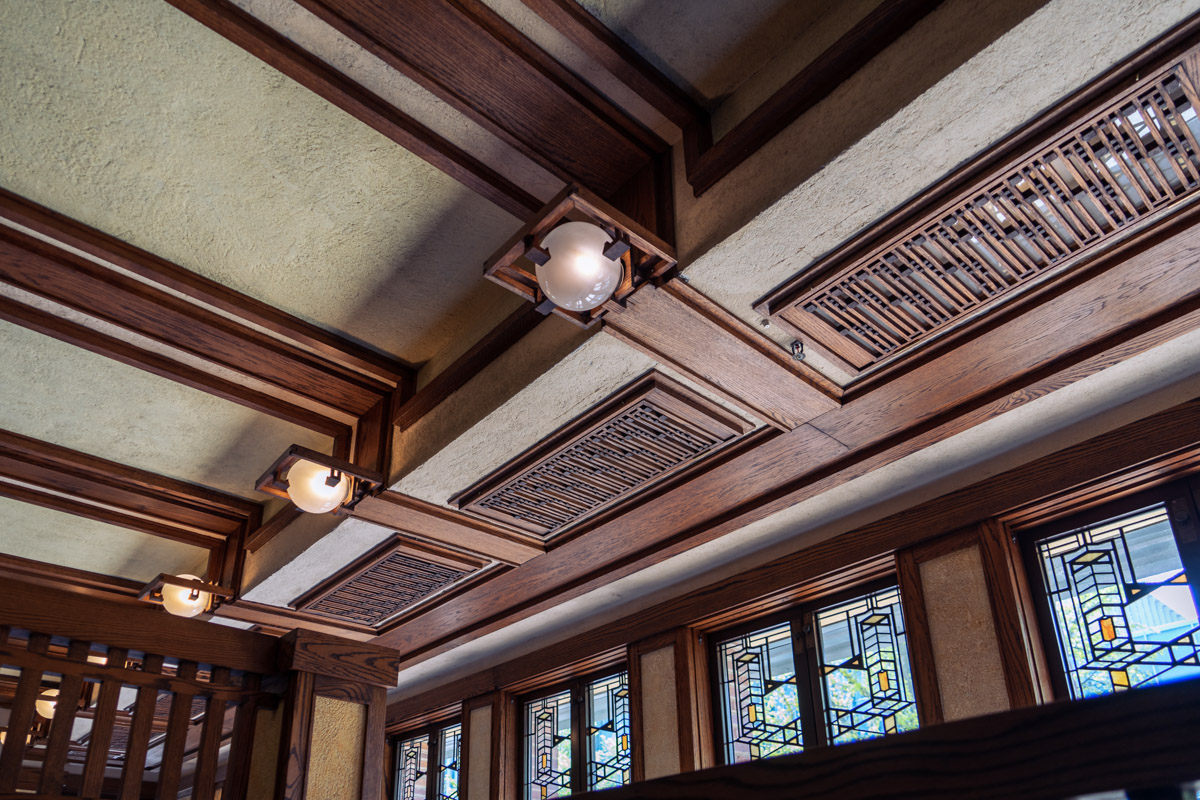 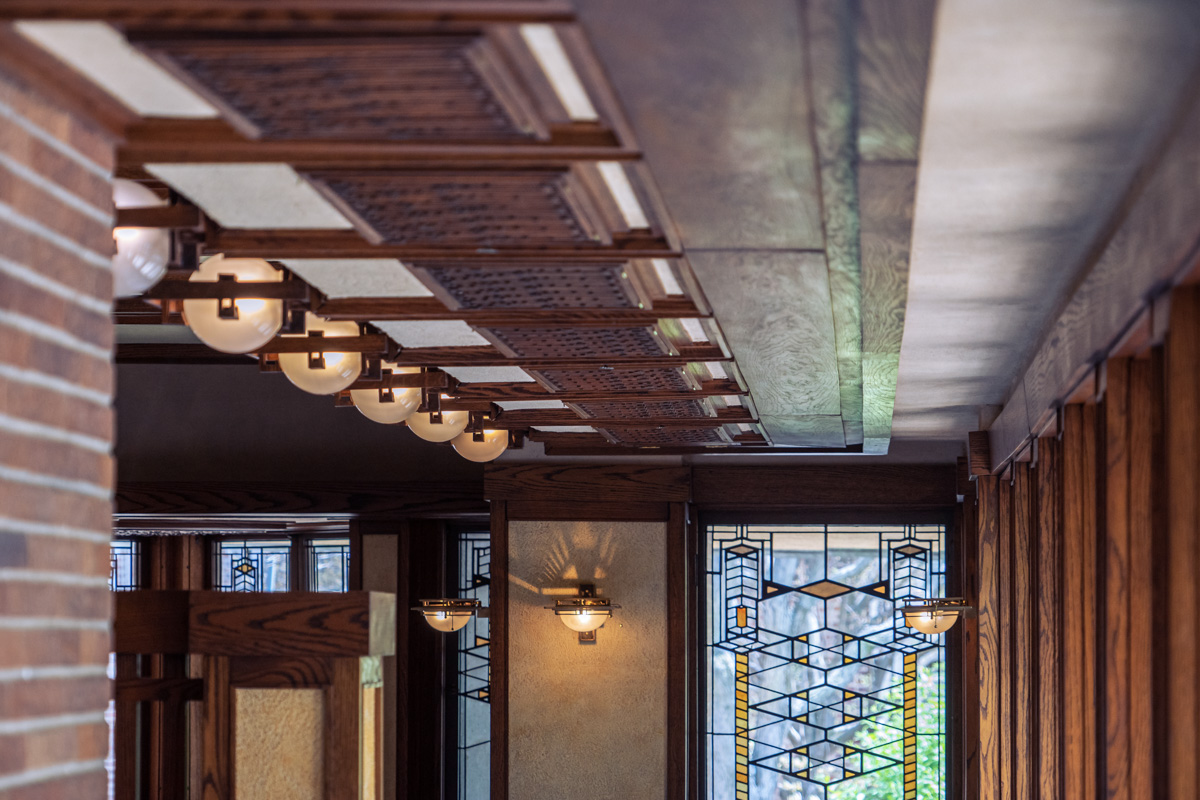 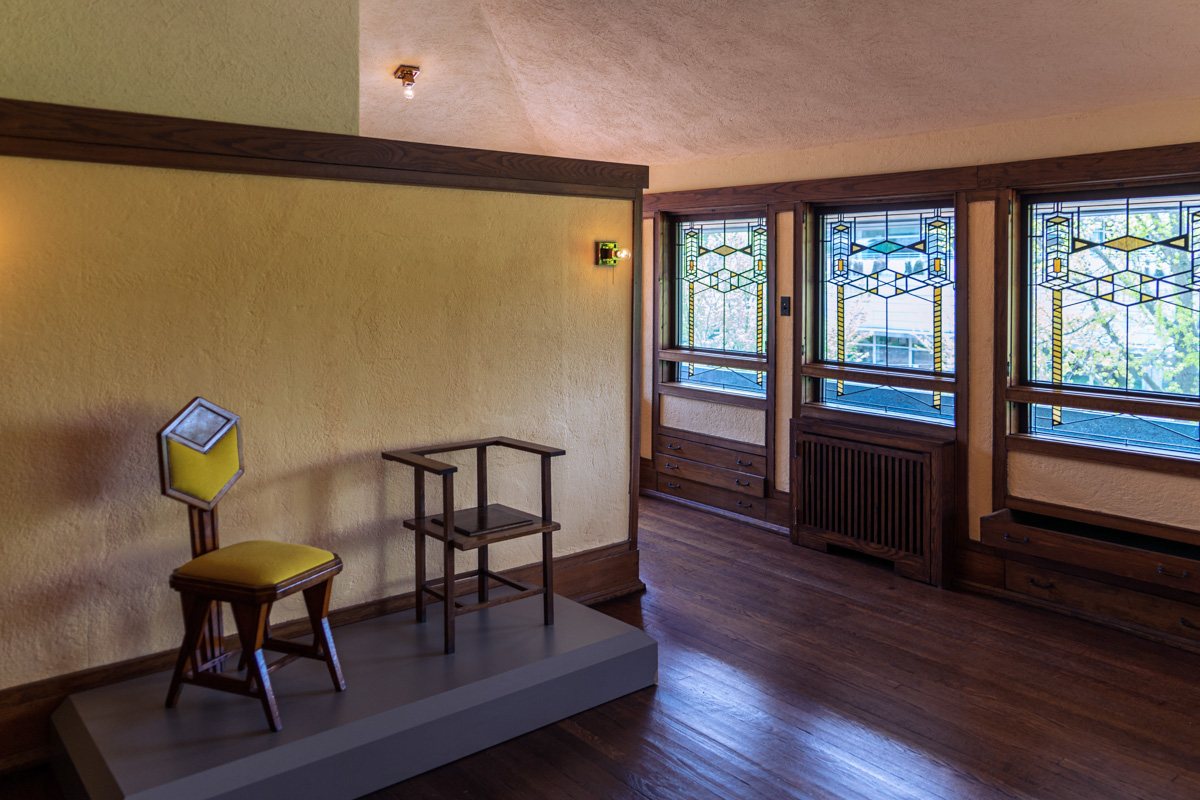 The most eye-catching element of the interior may be this shower, clearly innovative for its times, yet not projecting an expectation of pleasant experience of the showering process. 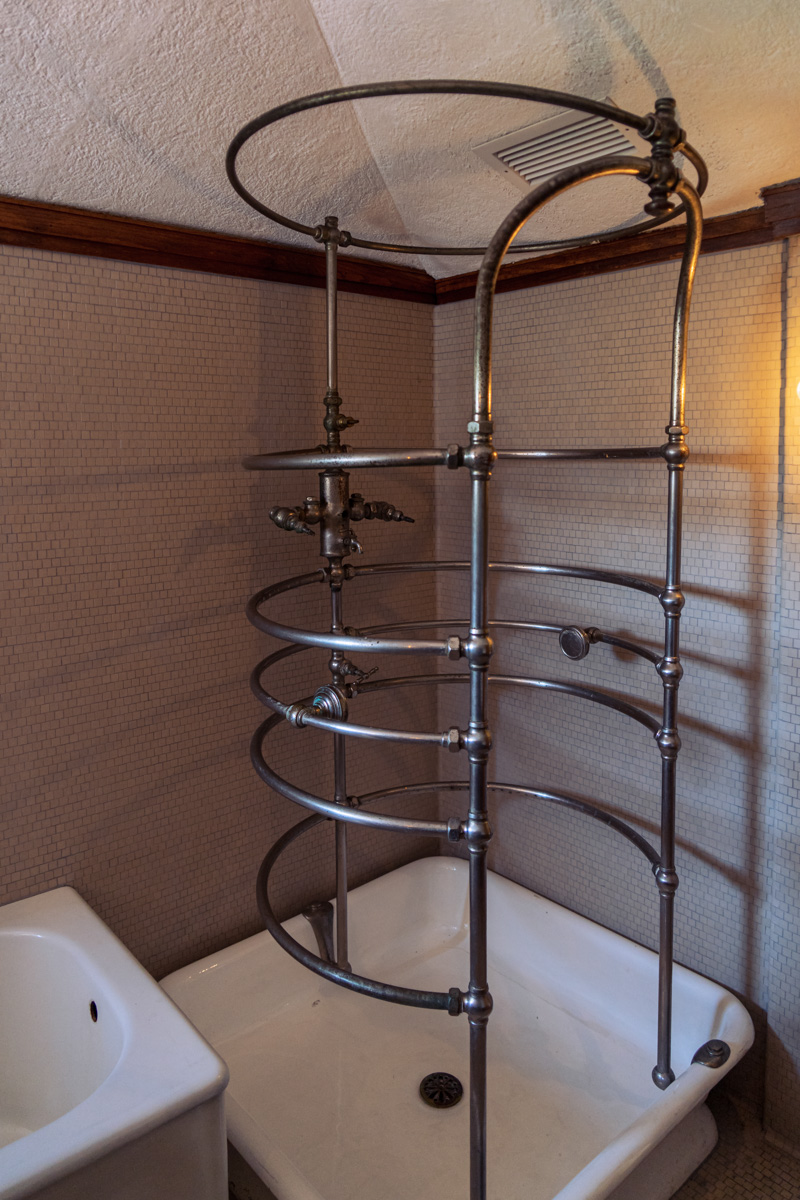 If you are a student of architecture, especially its modern history, you will certainly get value out of Robie House. The guide provides a lot of context, historical nuggets, and rationale behind architectural decisions to make the visit worthwhile. Those who expect visual impact may be disappointed. Guggenheim and Fallingwater are degrees of magnitude more impressive. Even Kentuck Knob, which is not part of the WH inscription, not far from Fallingwater and combined by us into a same-day visit years ago, retains a bigger visual impression in my memory.

Robie House can be reached from the Chicago Loop area in under an hour by public transport – or in about 15 minutes by car. Guided tours run throughout the day, starting every half hour and lasting about 45 minutes. Advanced reservations are required these days.