Our original itinerary for Sicily had Palazzolo Acreide as a “probably not”. It does not readily feature on any recommendations. It would not increase my WHS count, being part of the same serial site as Noto, Ragusa, and Scicli. Anyway, it is not inscribed as a whole, with only two specific churches recognized as worthy of the inscription. With our limited time-frame, these were reasons enough to skip it.

But we always leave room for adjustments in our trip planning. And stopping by Palazzolo Acreide was a brilliant last-minute change to plans. It is intimate, easy on the eye, and a veritable classic example of the hilltop Sicilian village rebuilt after the earthquake of 1693.

We started with the less-central of the two WH churches, Basilica di San Paolo. 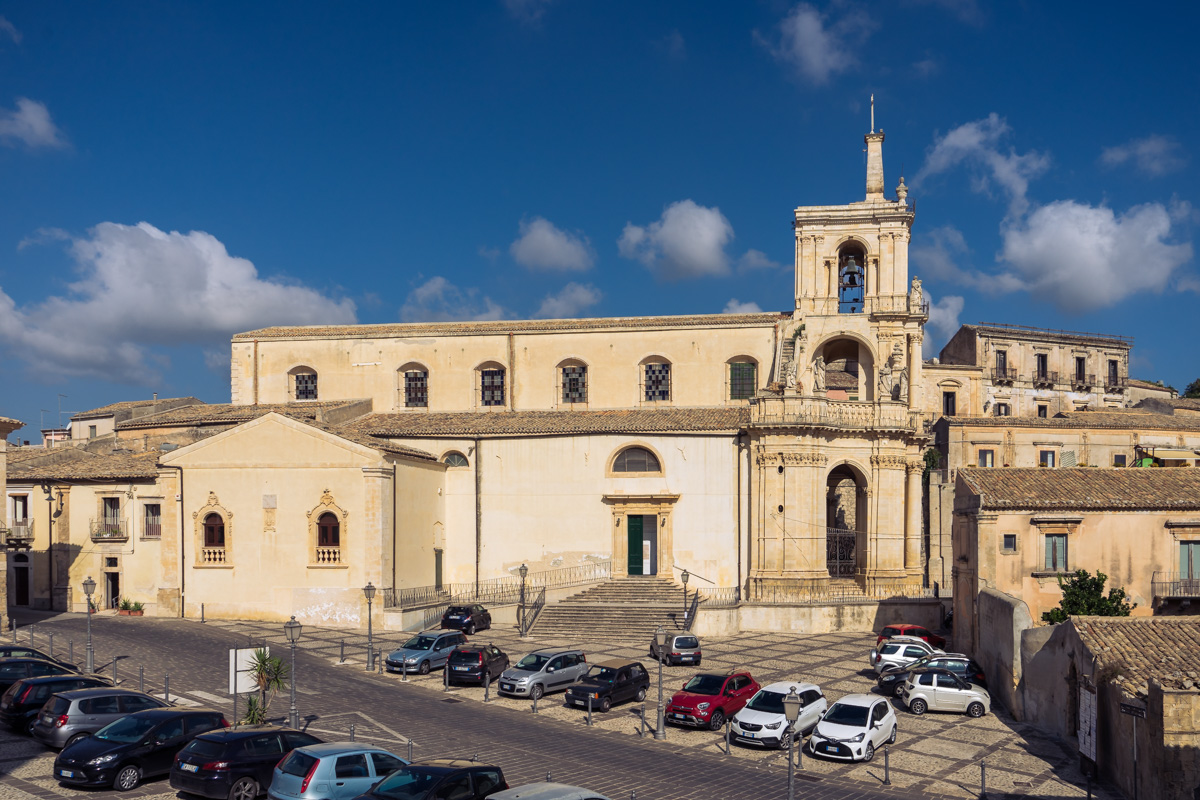 The splendid interior, with twisted columns and Uranian blue hues, is a distinct standout among many of the churches in the area. 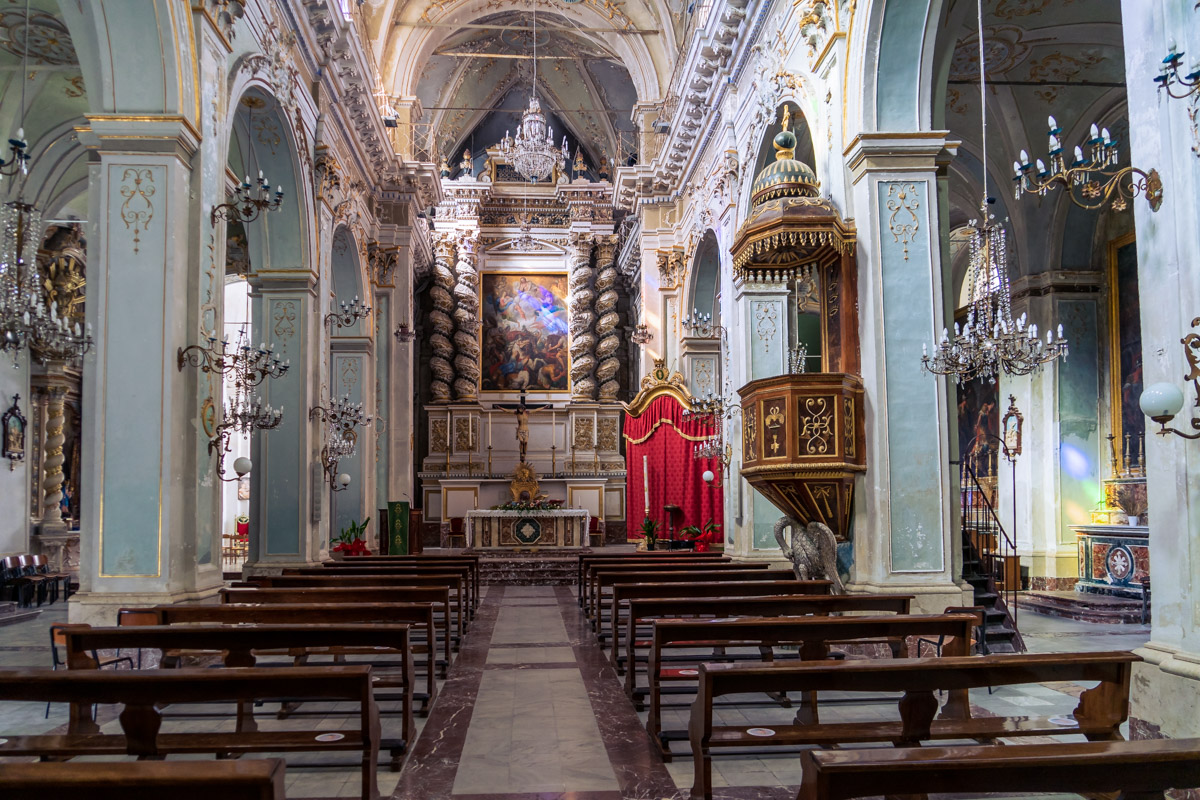 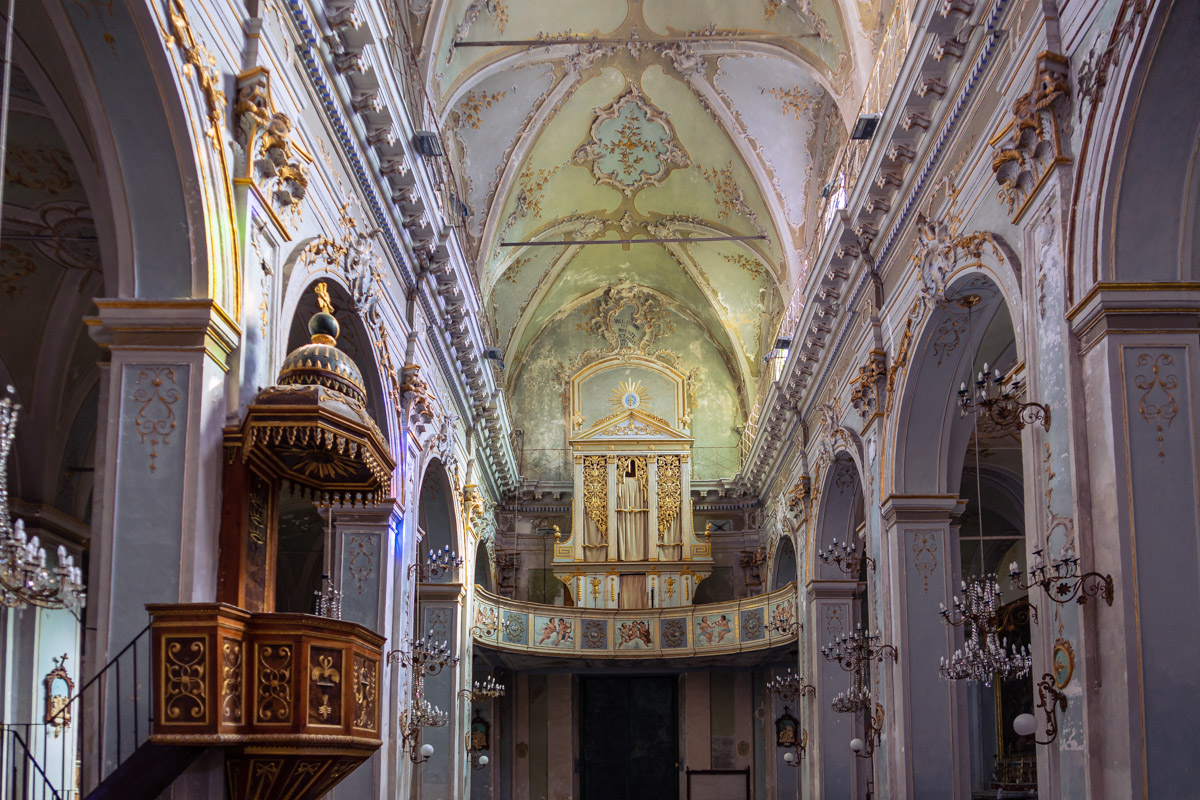 The combination of the church’s location and our arrival in the early morning on a midweek day (in the shoulder season during covid times) meant that we were the only visitors. In an unexpected twist, a middle-aged man waved us in from the church steps, introduced himself as a local guide, and insisted on giving us a whirlwind tour of the basilica in not-too-hard-to-understand Italian (with a lot of gesticulation and a stray English term here or there). He even interrupted the Padre who was having a conversation with a parishioner in his office in order to introduce us (I can only guess that Catholic visitors would find this quite meaningful – and there was little point to strain my abilities in Italian to explain that our interest in churches has little to do with the religion itself). Afterward, our unexpected guide expectedly demanded a donation to the church and made a small show of not looking at how much I put into the provided envelope.

I doubt that we gained much from this tour over visiting the church on our own, but it will certainly be one of those accidental memories that stick for a long time.

As we proceeded away from San Paolo towards the village center, we enjoyed the views of the basilica and the surrounding precincts. 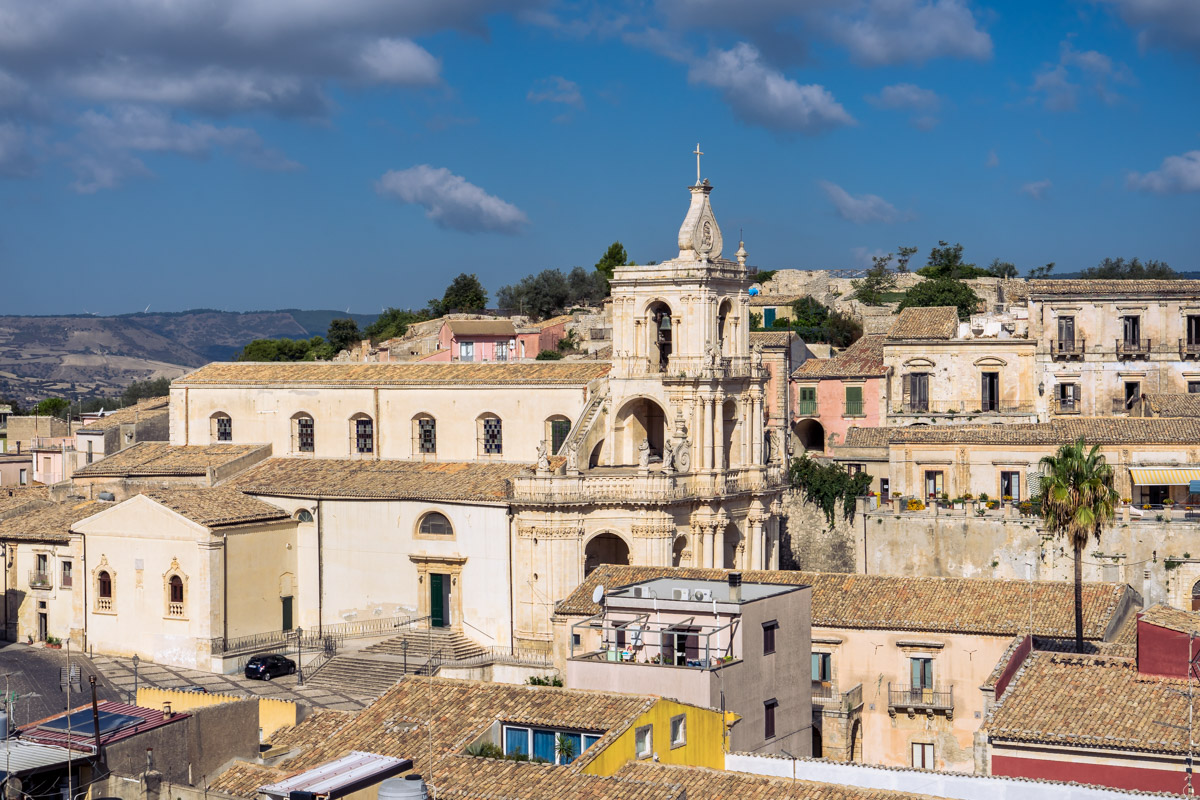 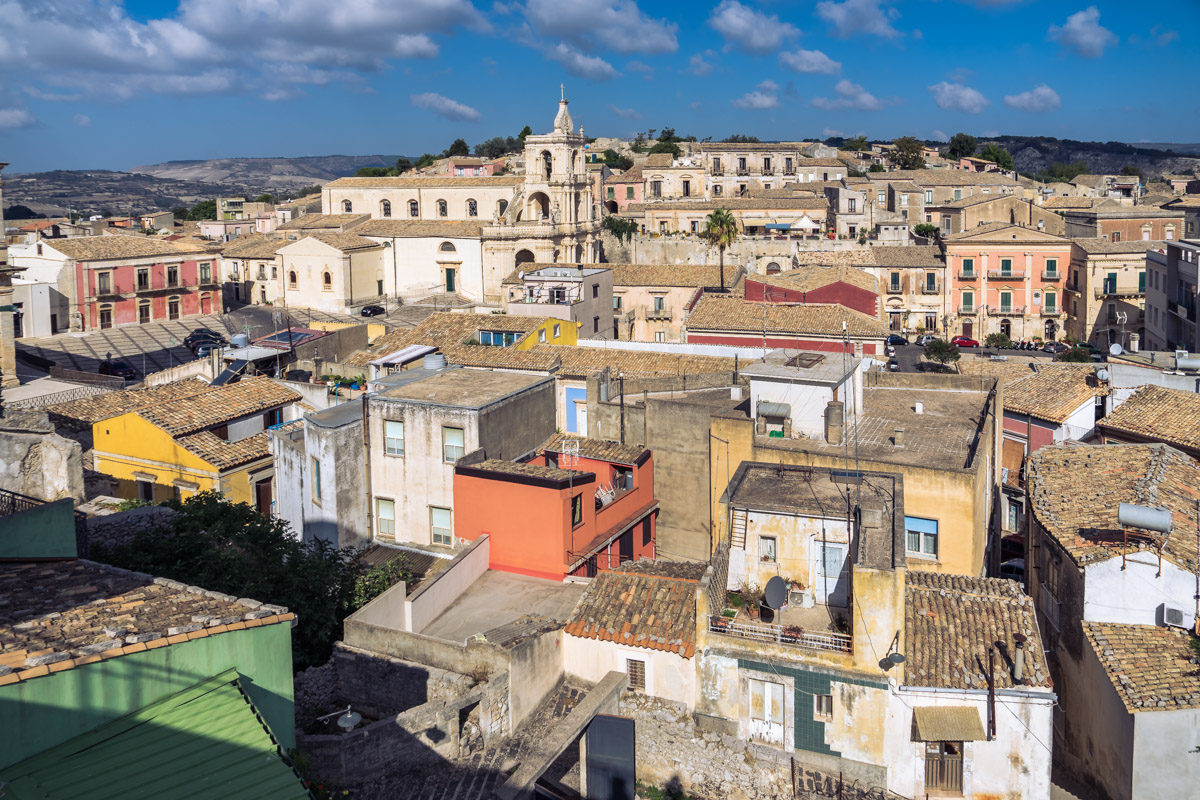 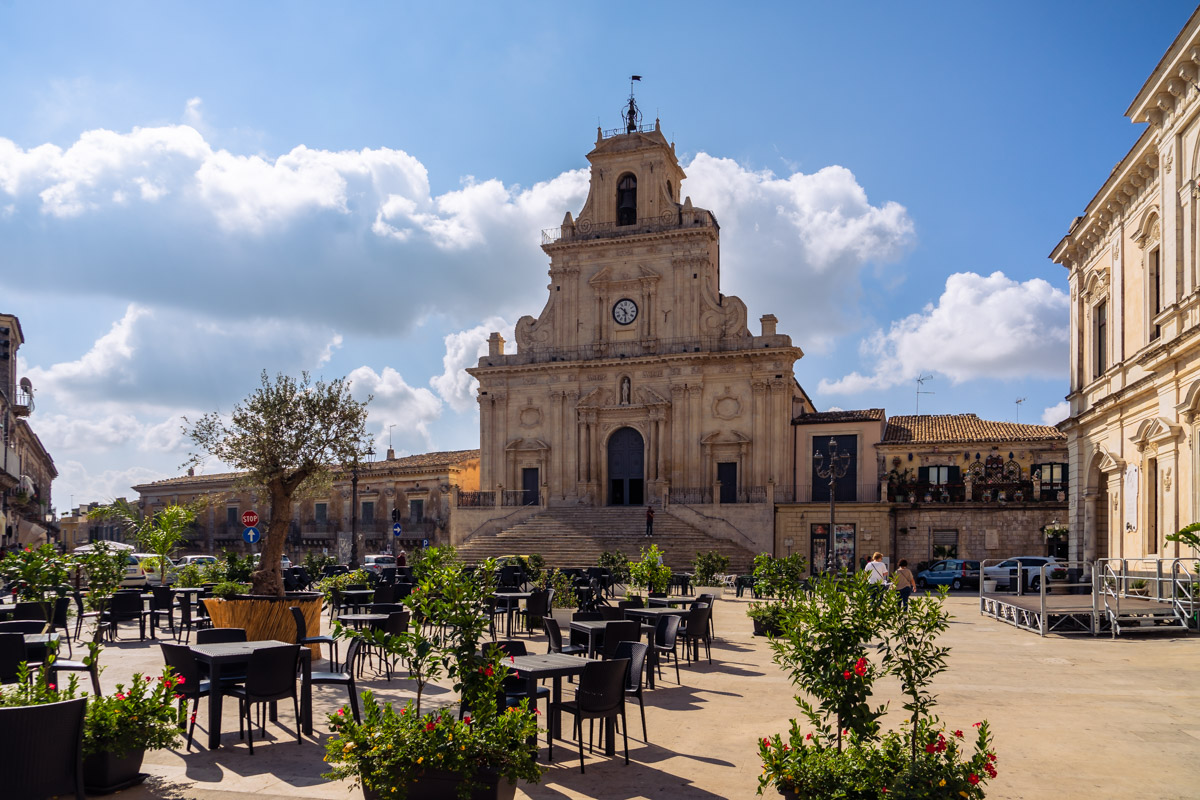 Inside, we were again the only visitors, but no one paid us any attention this time. Several lovely features, with an even lighter pale azure tones, make for another comparatively impressive interior. 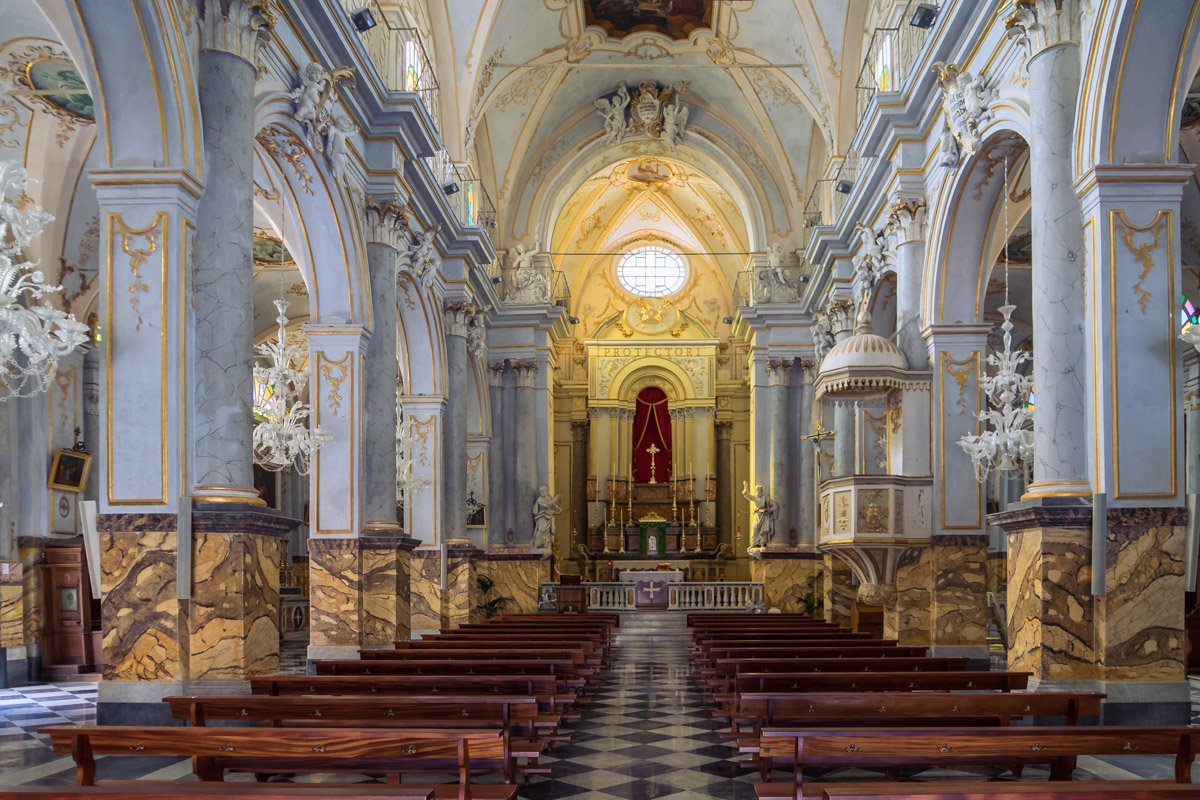 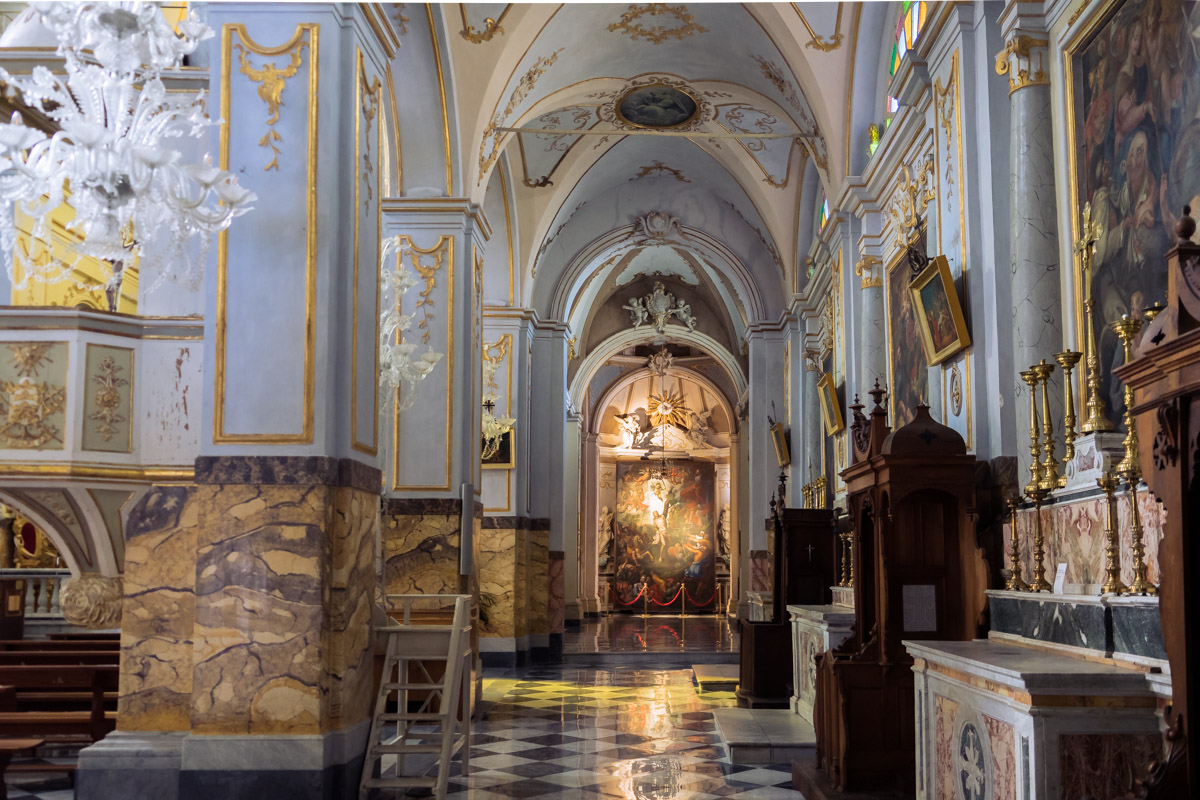 The view of Piazza del Popolo from the steps of San Sebastiano. 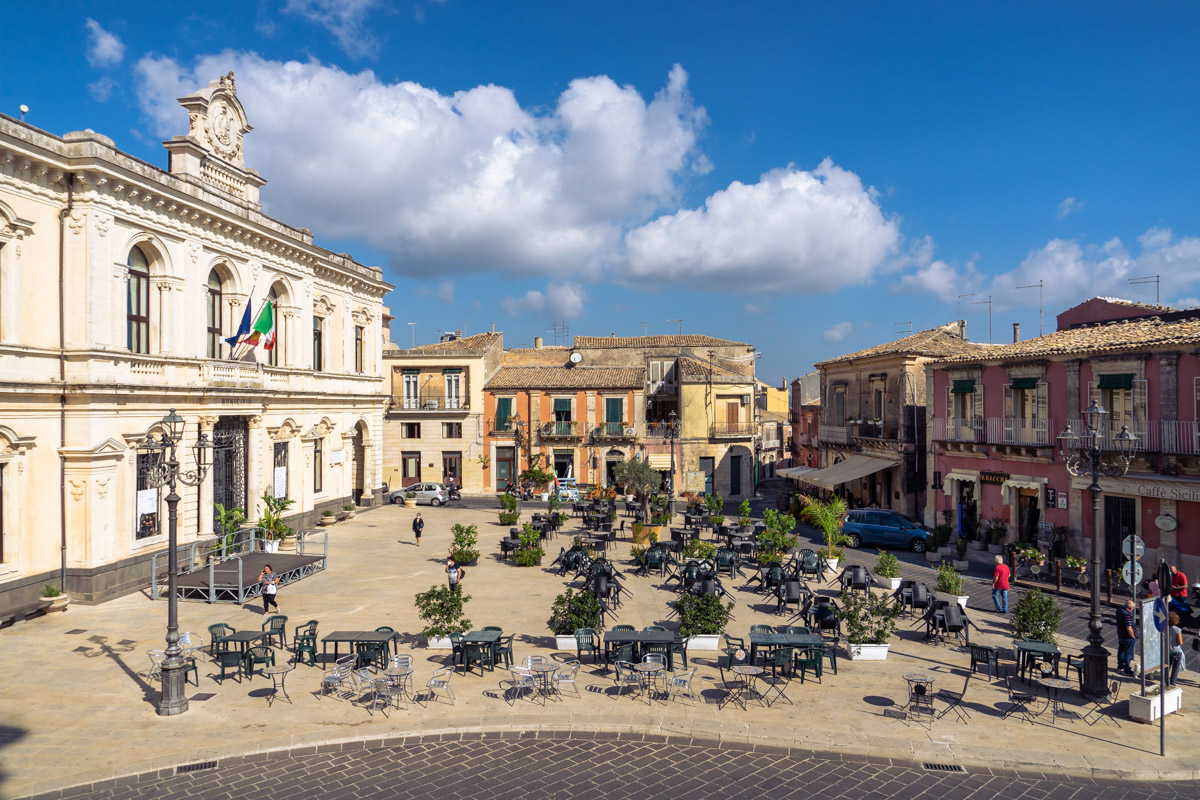 For my money, this is one of the most attractive village center ensembles that I have seen anywhere in Sicily. 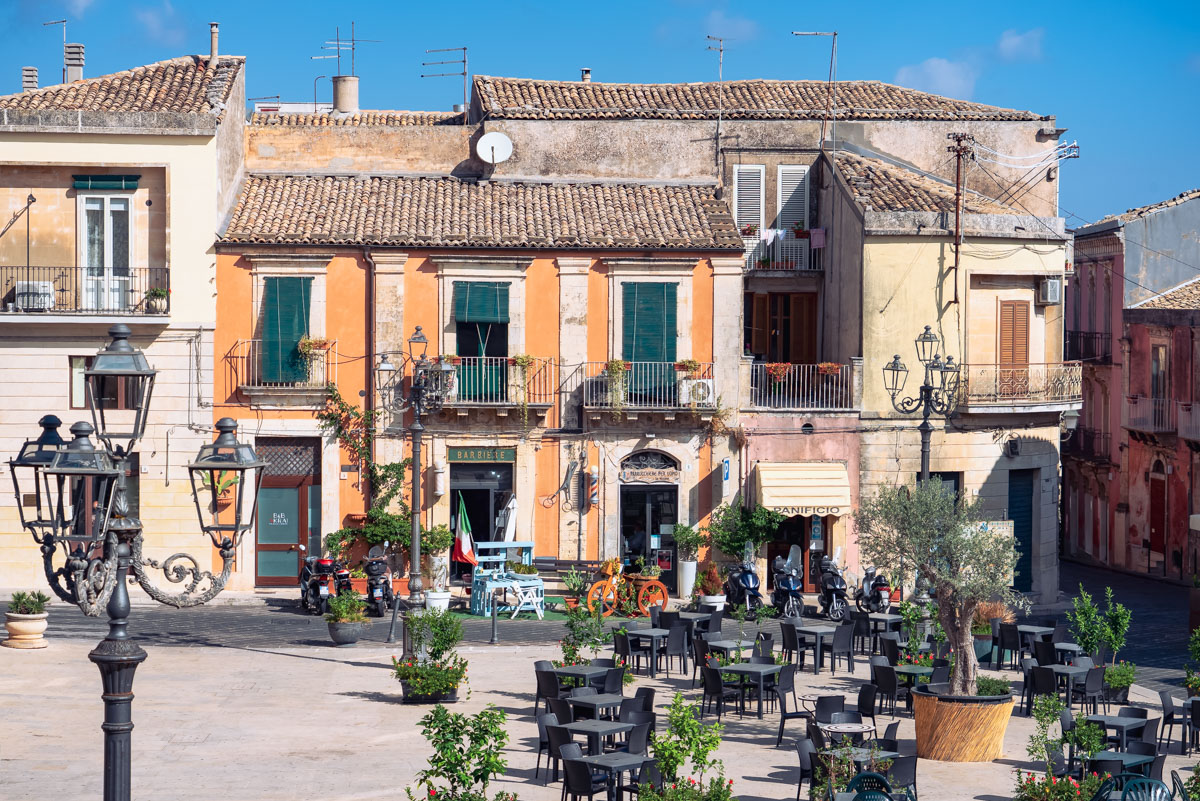 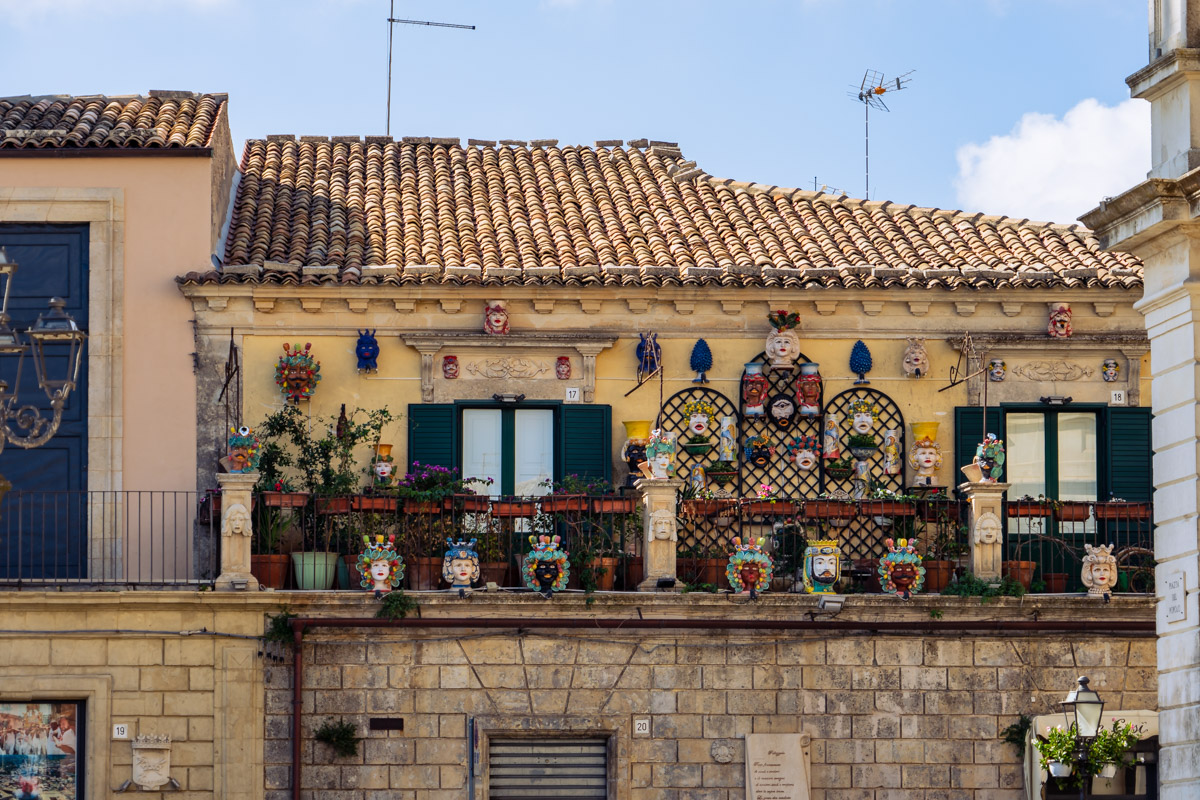 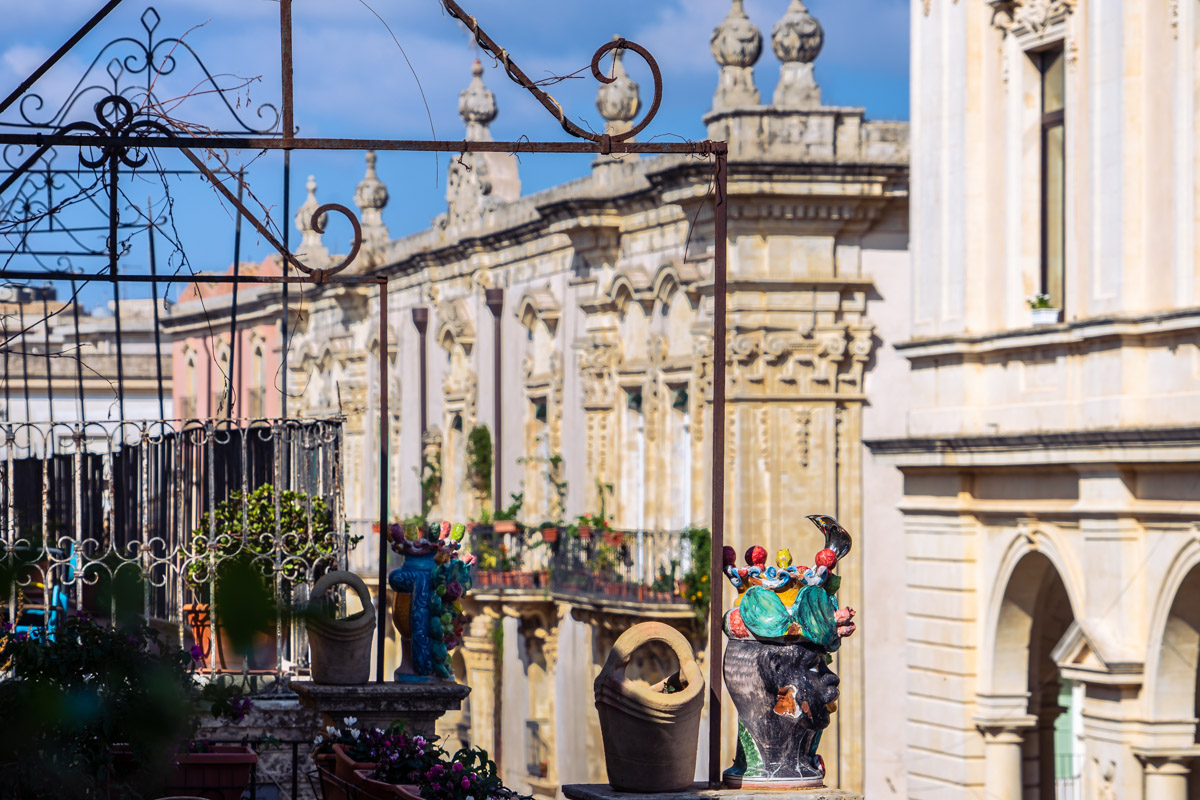 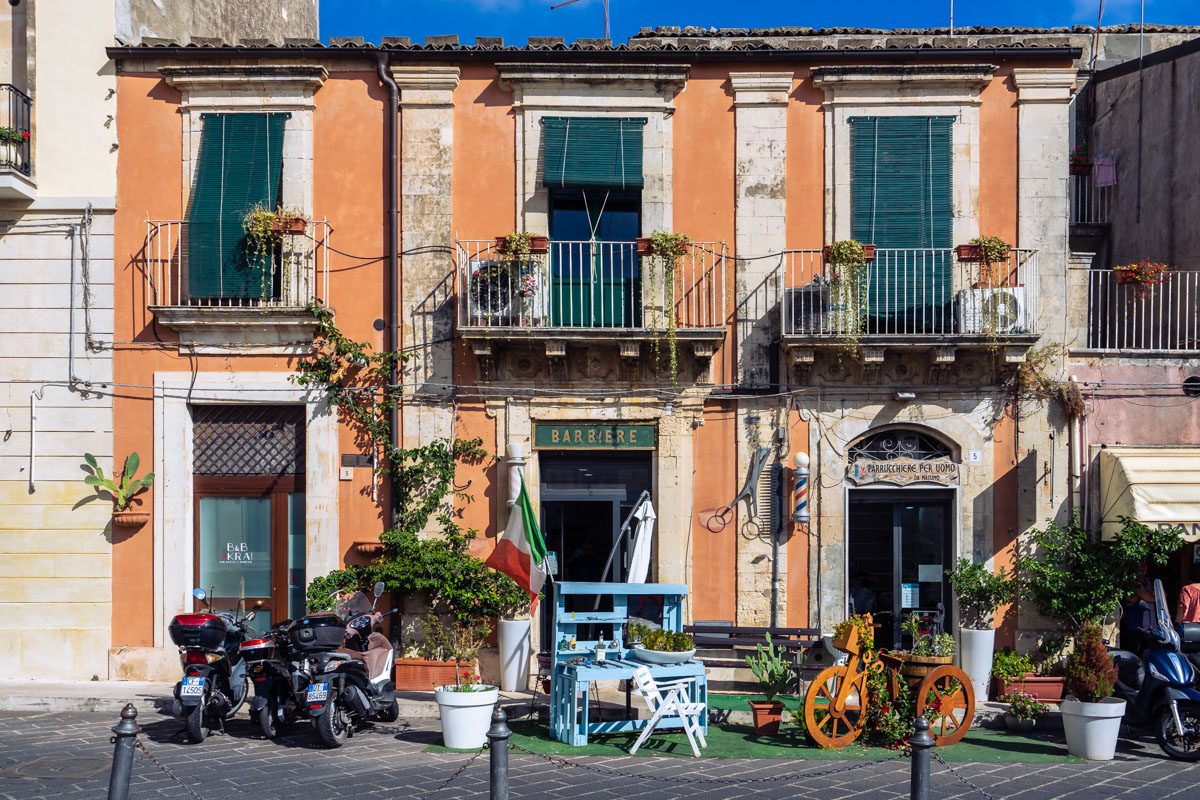 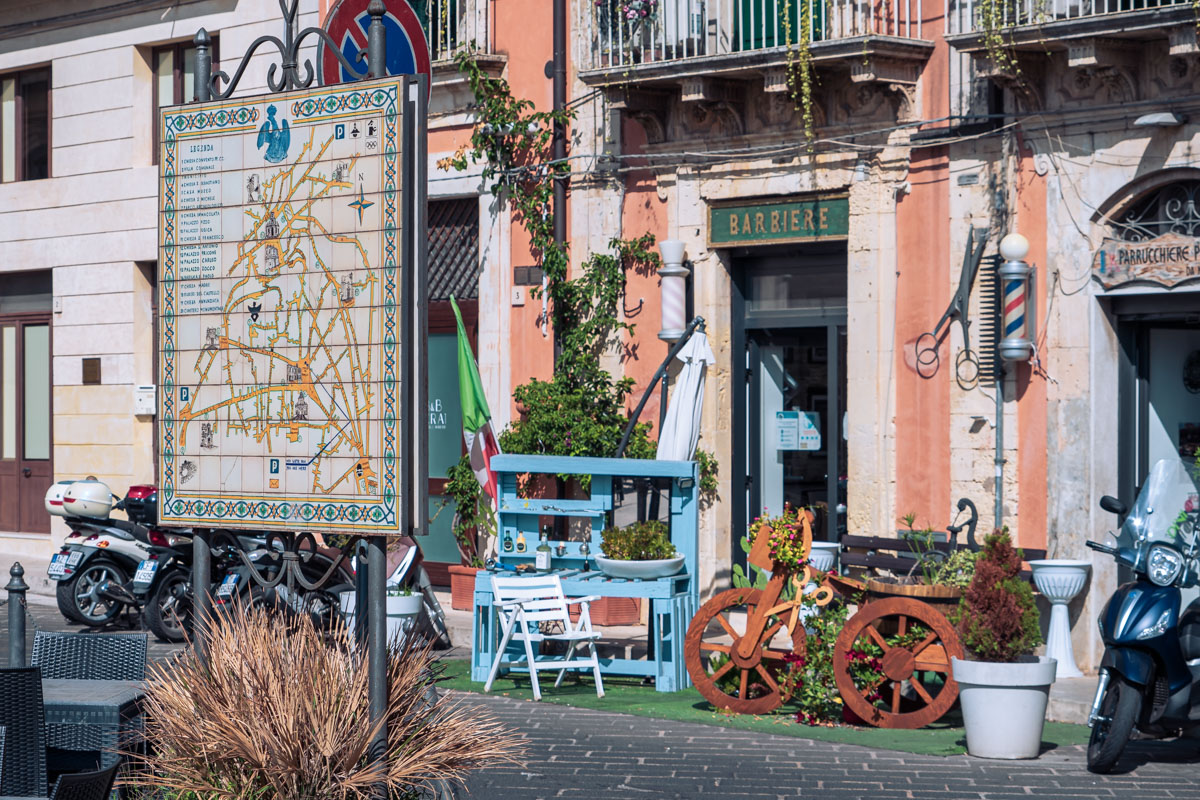 Even though the town as a whole is not included in the WH recognition, there are plenty of examples of Baroque throughout the city center, illustrated below by a variety of balcony support beams and window portals. 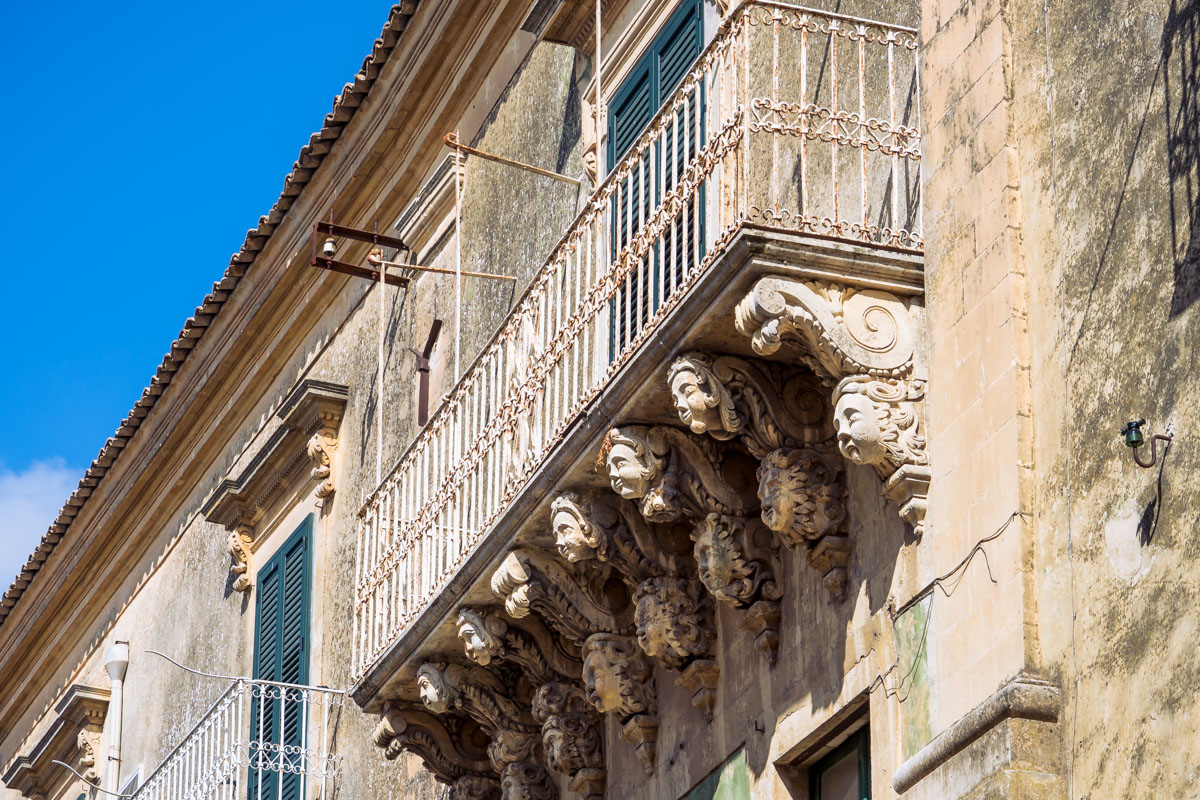 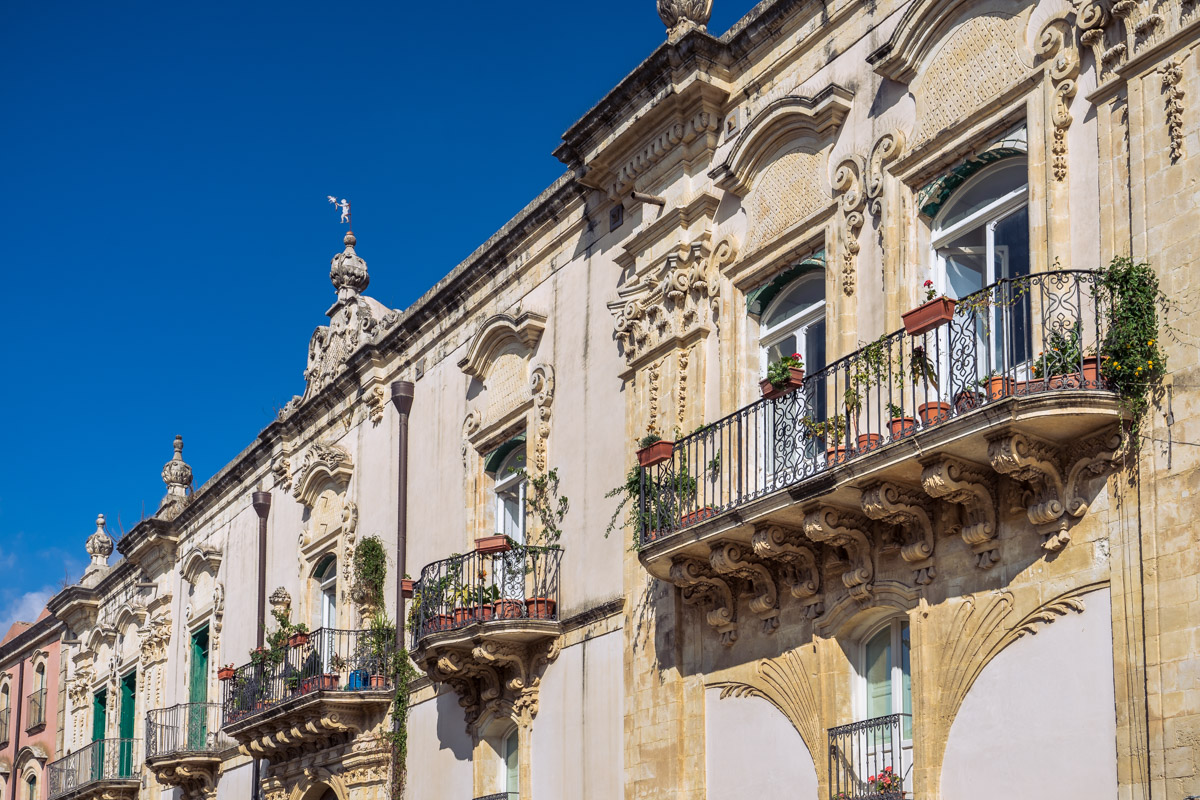 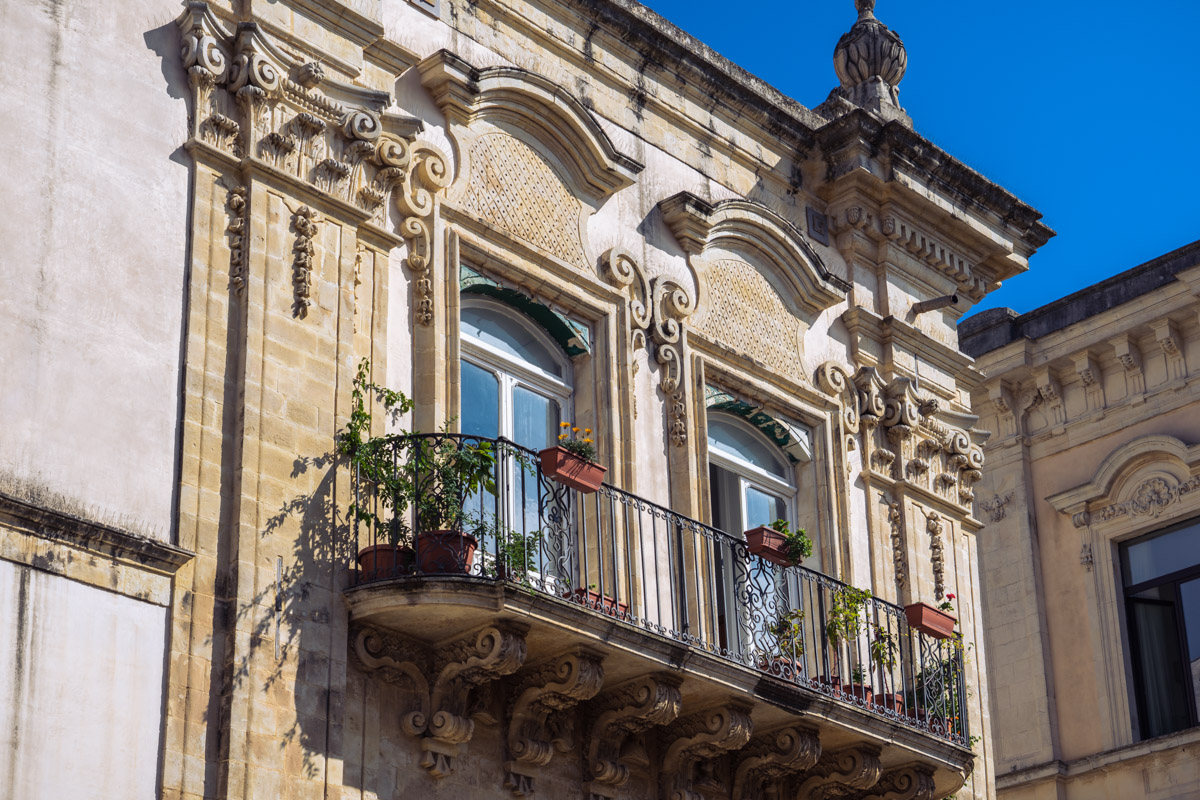 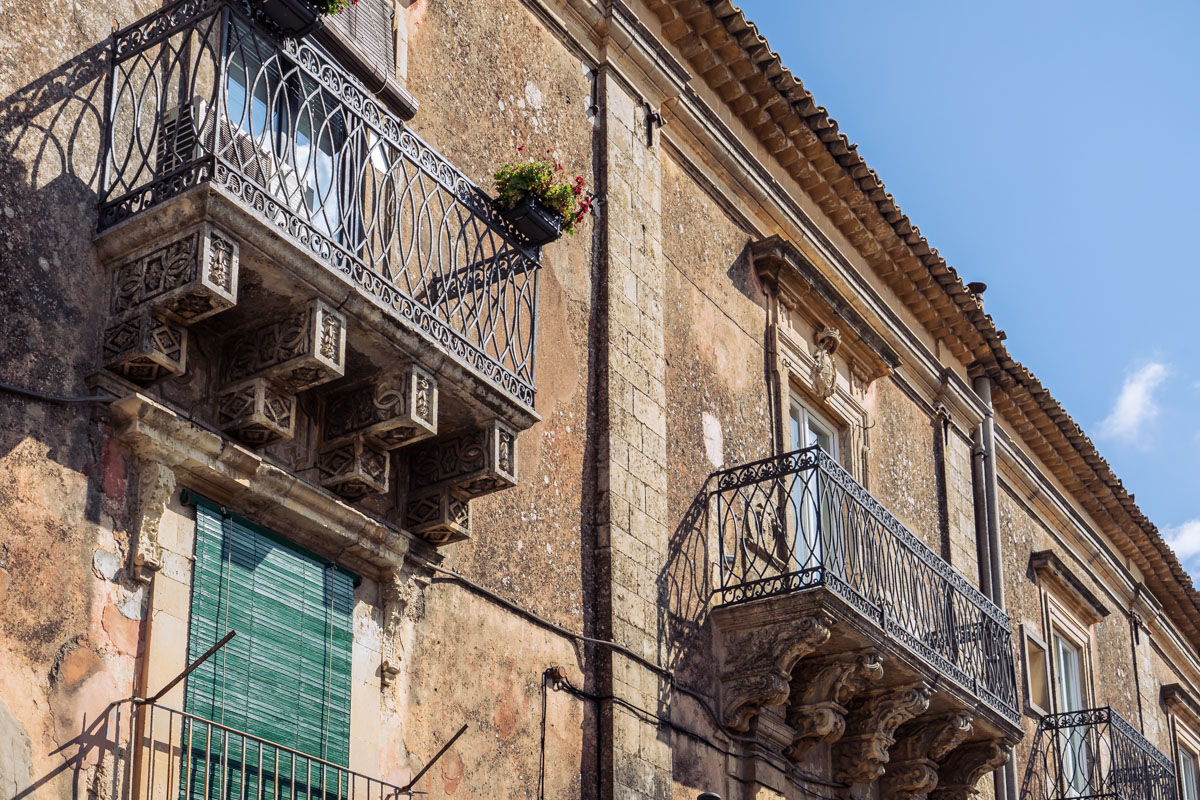 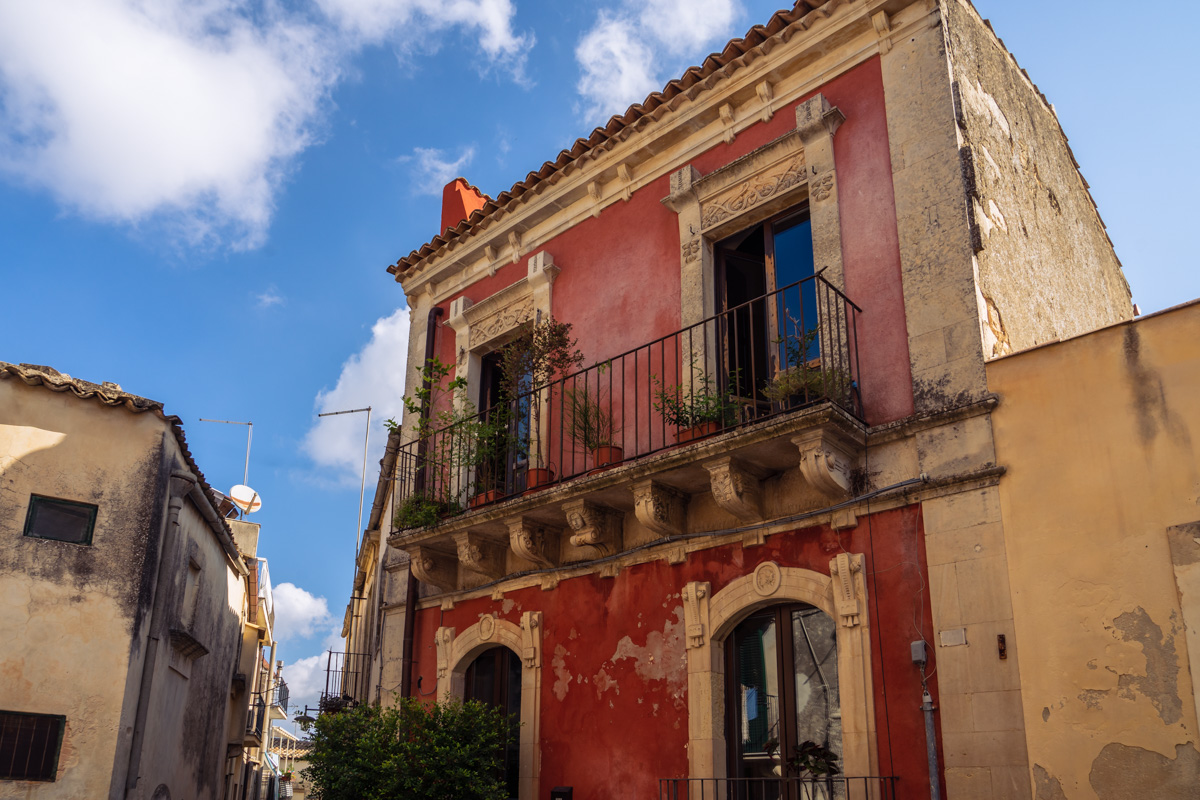 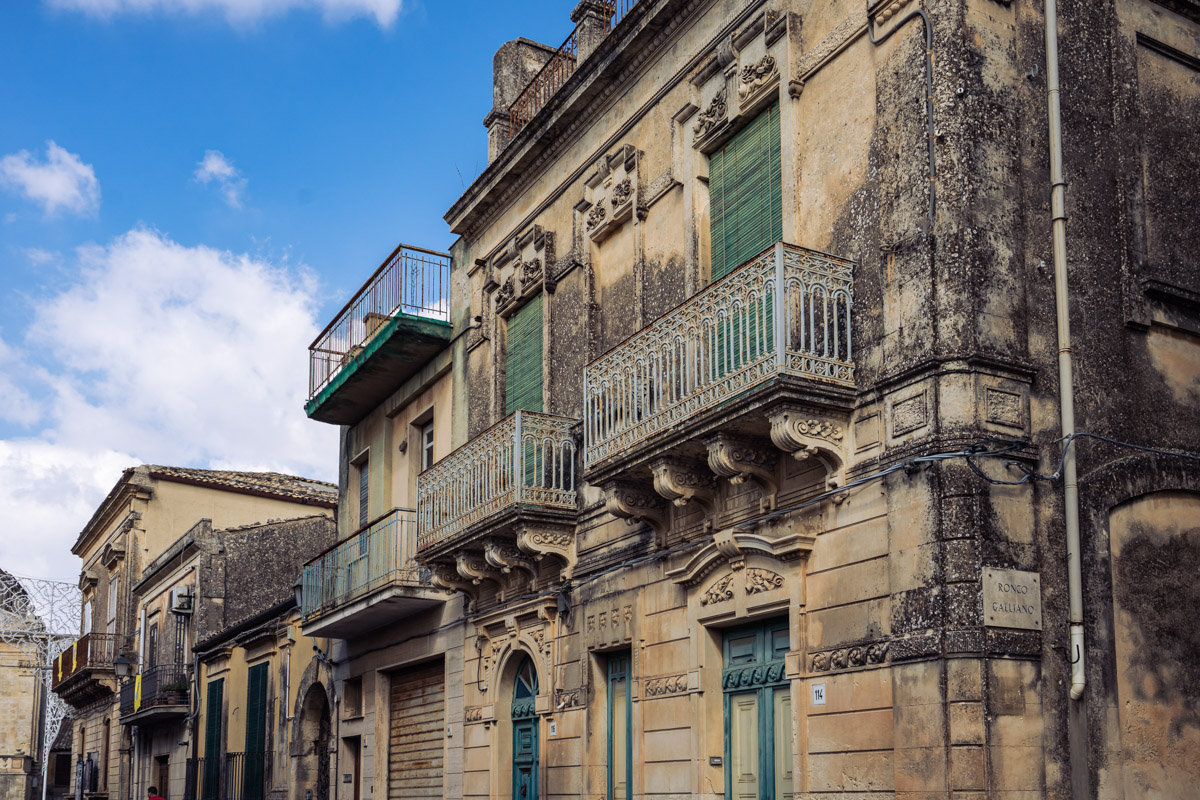 Elsewhere in town, perspectives along the streets and passageways. 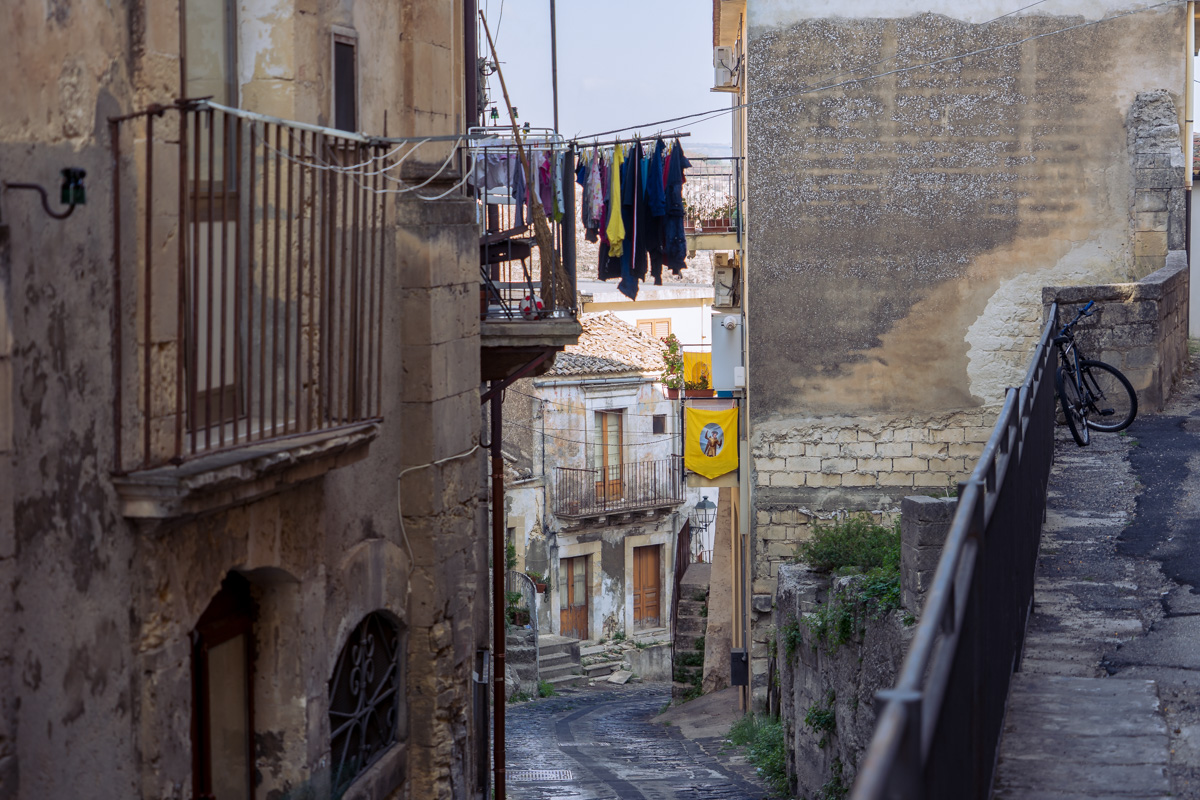 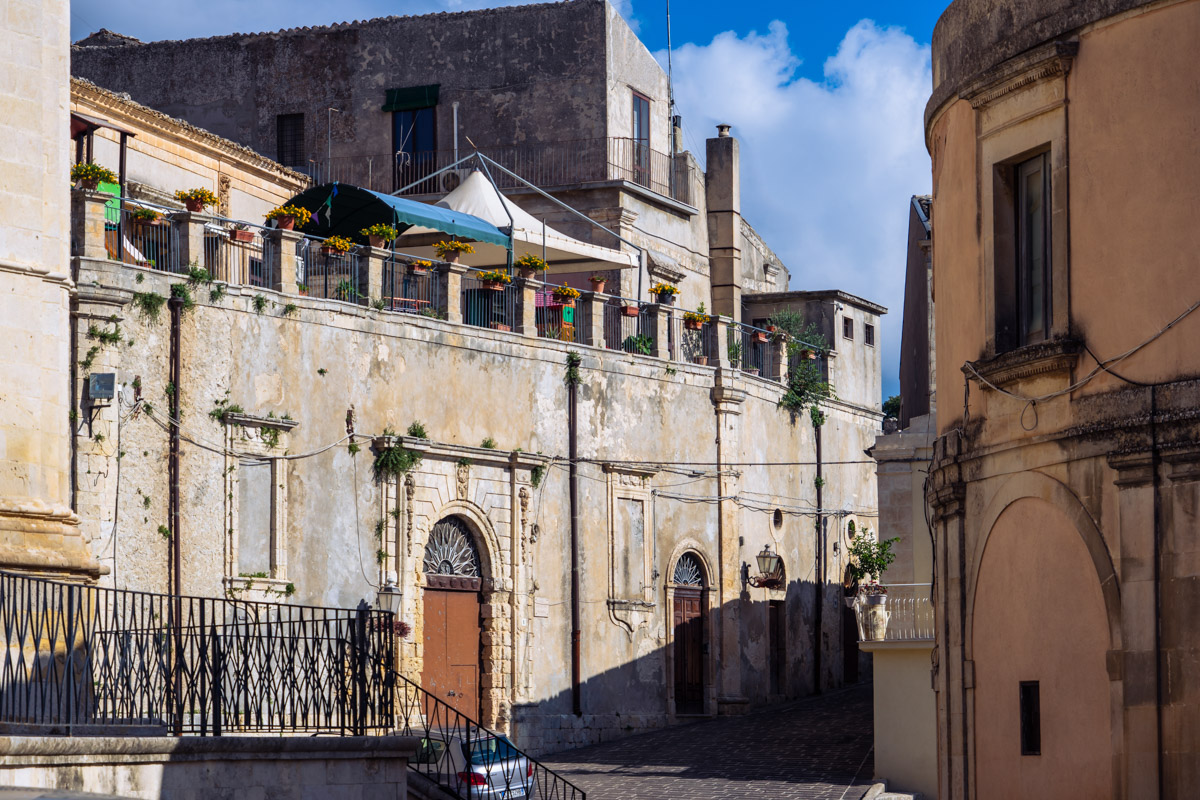 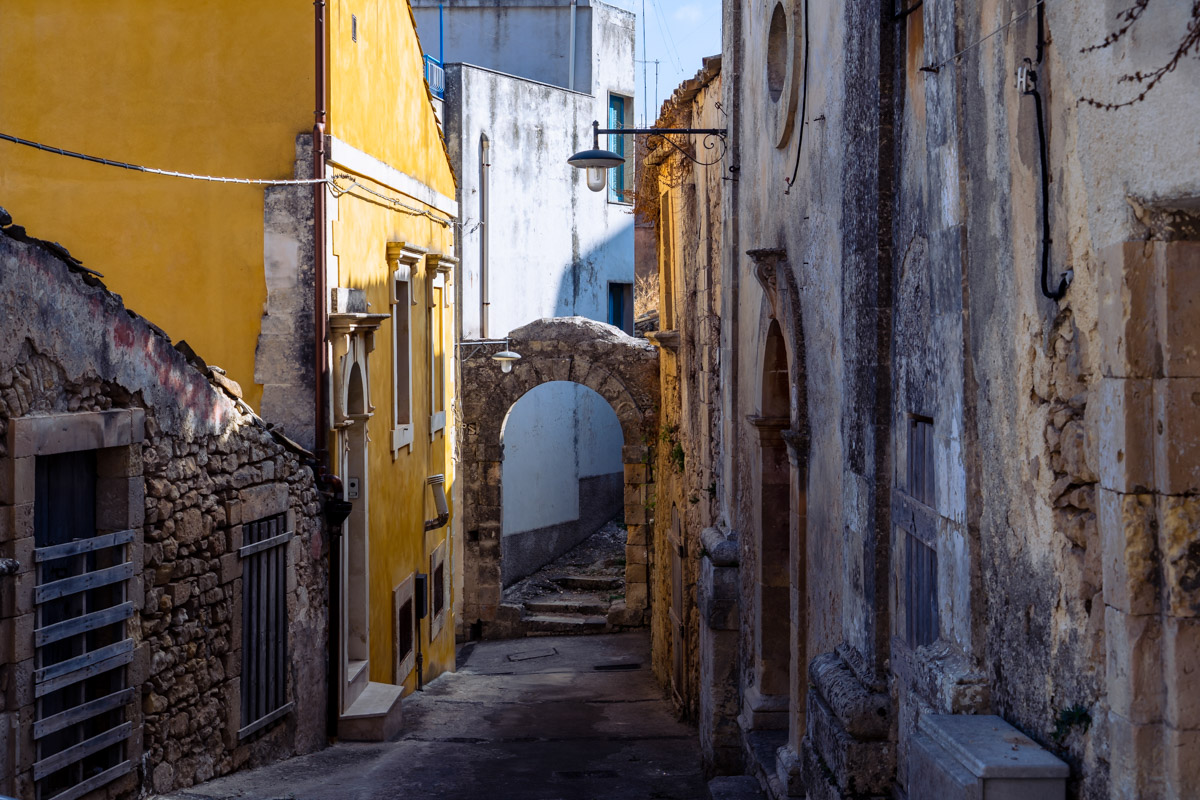 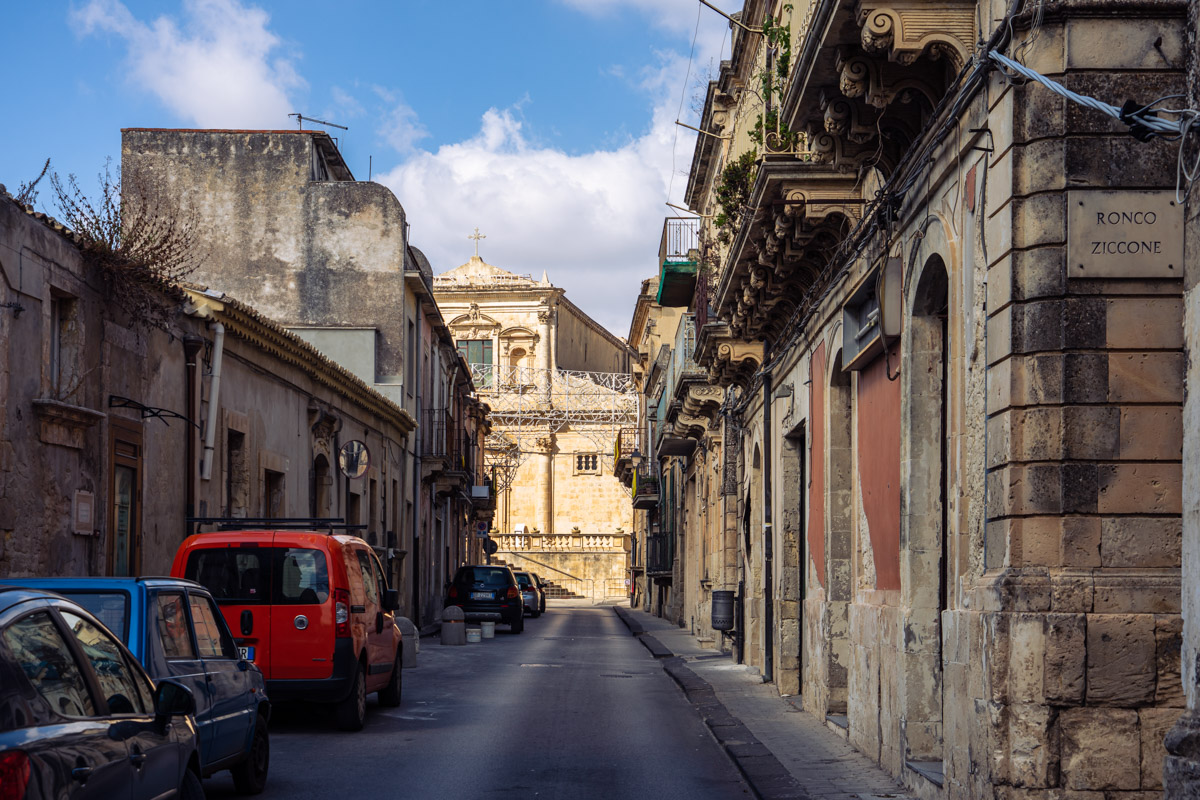 The last view above is towards the church of San Michele, which is not part of WH site but well could have been based on what we have seen in other towns. 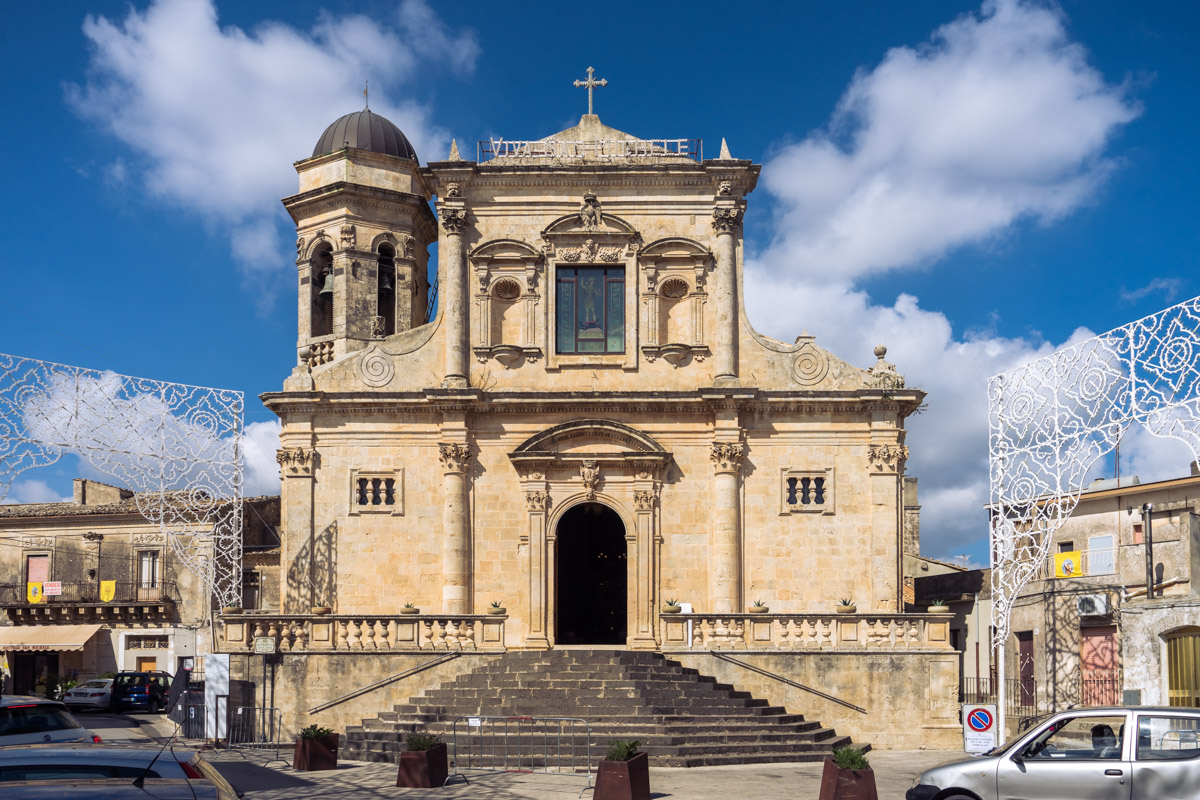 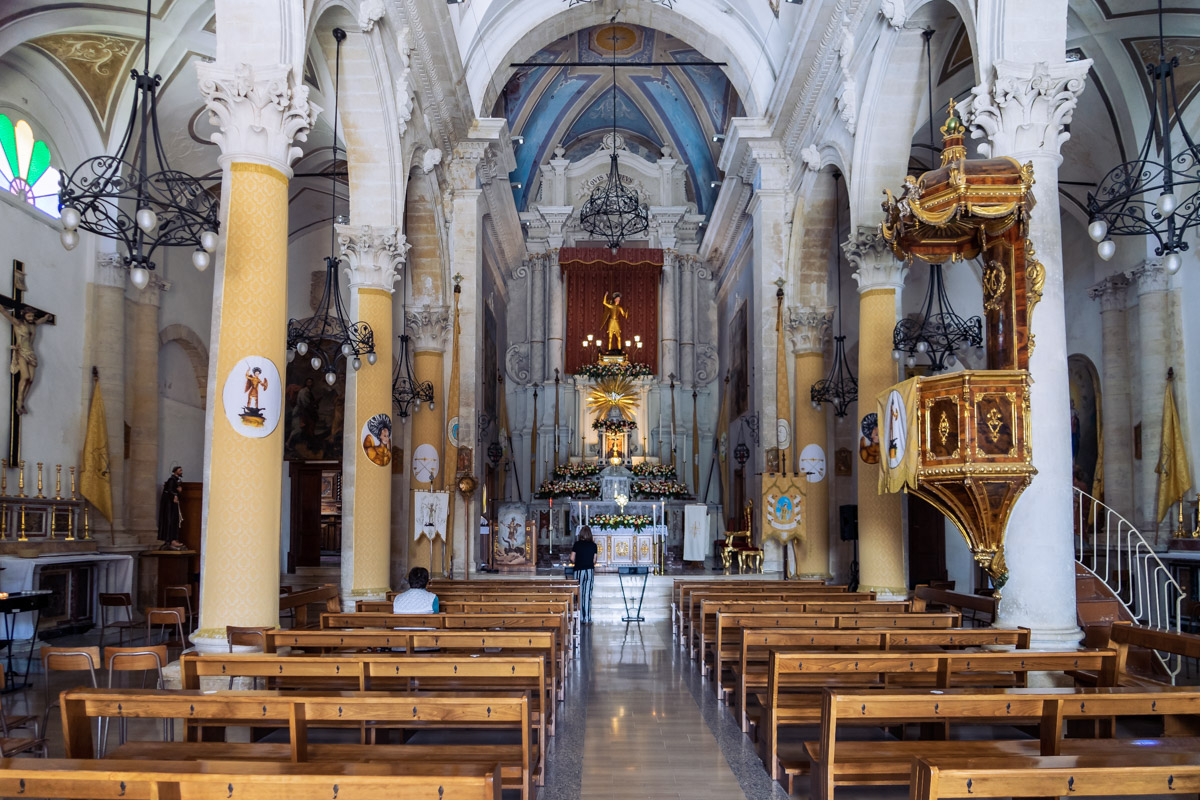 Our visit to Palazzolo Acreide lasted for around two hours, including sitting down for a drink at a café on the main square. It was enough to get the feel of the village, but I wish we gave it more time. Definitely one to come back to.