While Scicli is fairly off the beaten path, Ragusa is a common popular feature on Sicilian itineraries. How can it not be?! Just look at this perspective of a quintessential Sicilian hilltop village.

What we see here is Ragusa Ibla – the historic and medieval in topography part of Ragusa. The view is from one of many vantage points on the slopes of Ragusa Superiore – the newer and bigger part of town.

Let’s go up even higher, to the terrace by the church of Santa Maria delle Scale, for another look. 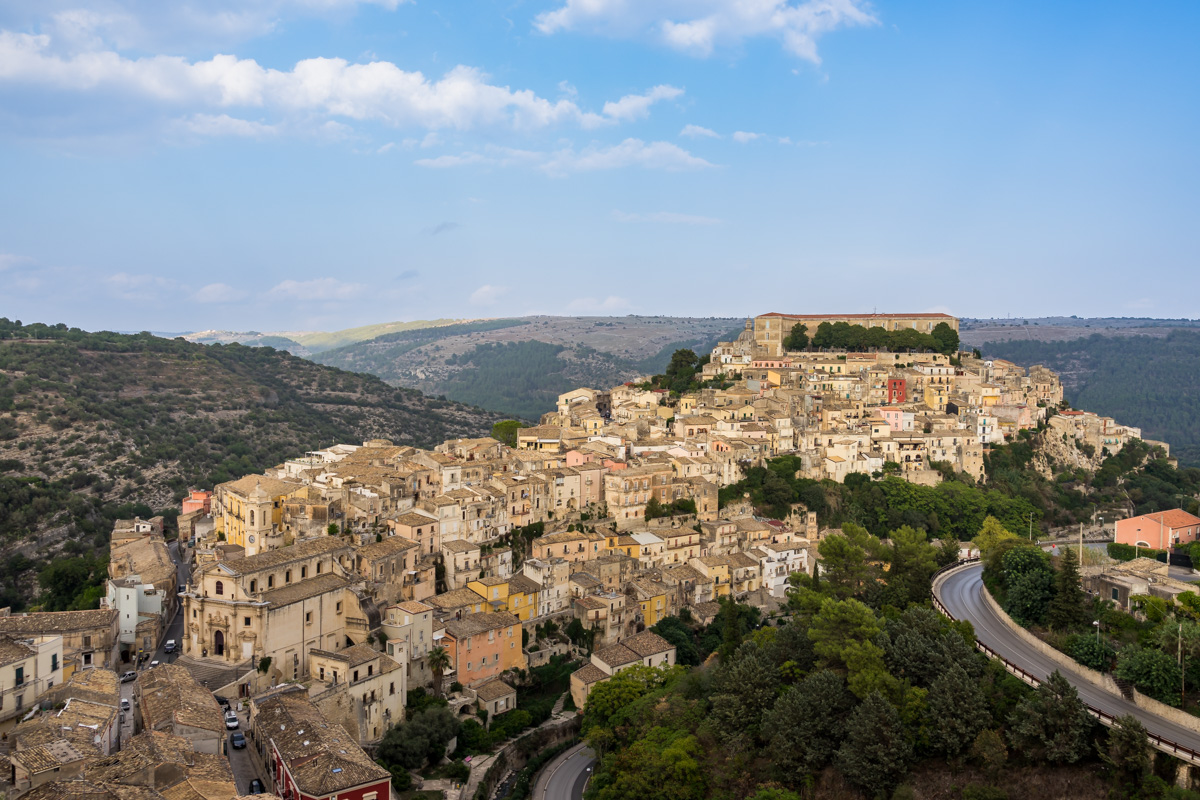 And the same perspective slightly later in the day, under different skies and lighting conditions. 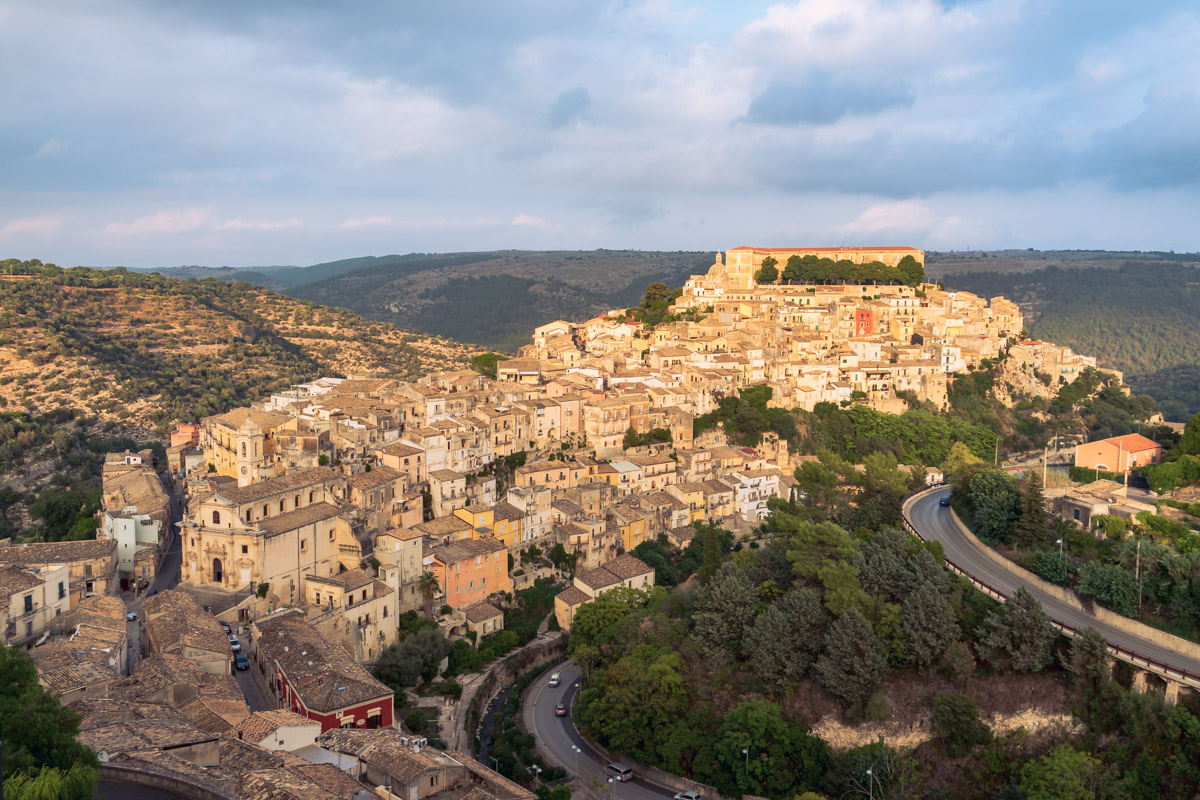 And a couple of lower “framed” perspectives. 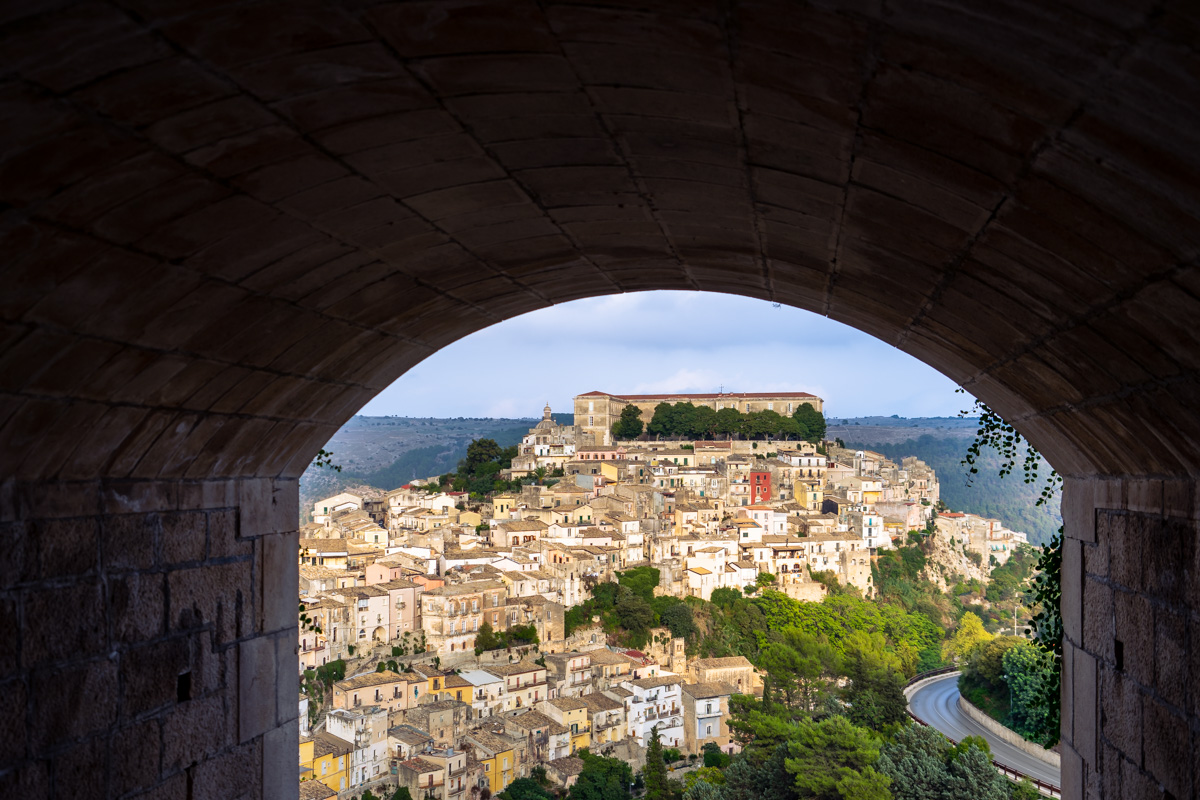 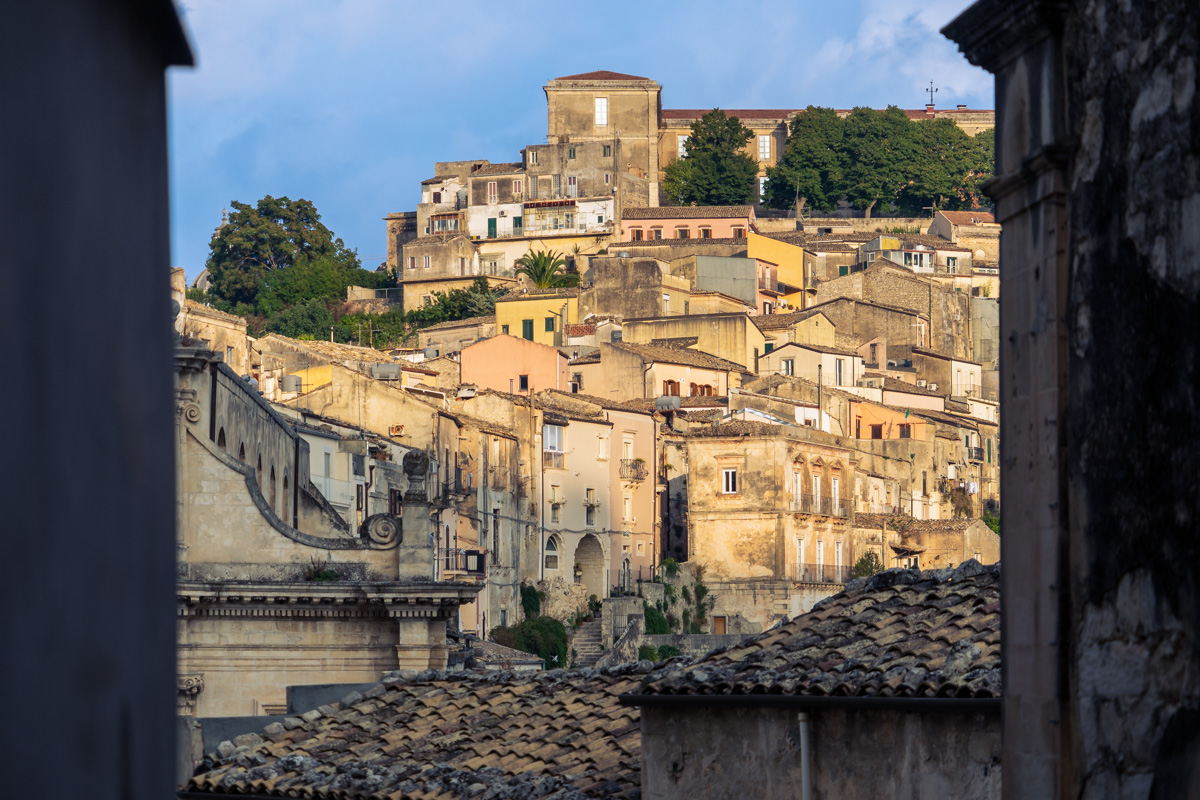 Yes, I admit, it was hard to stop taking pictures of this view and no less hard to pick just a few examples for this post.

Both Ragusa Ibla and Ragusa Superiore are dotted with various examples of the Baroque architecture for which the town is inscribed on the WH list along with Noto, Scicli, and others. 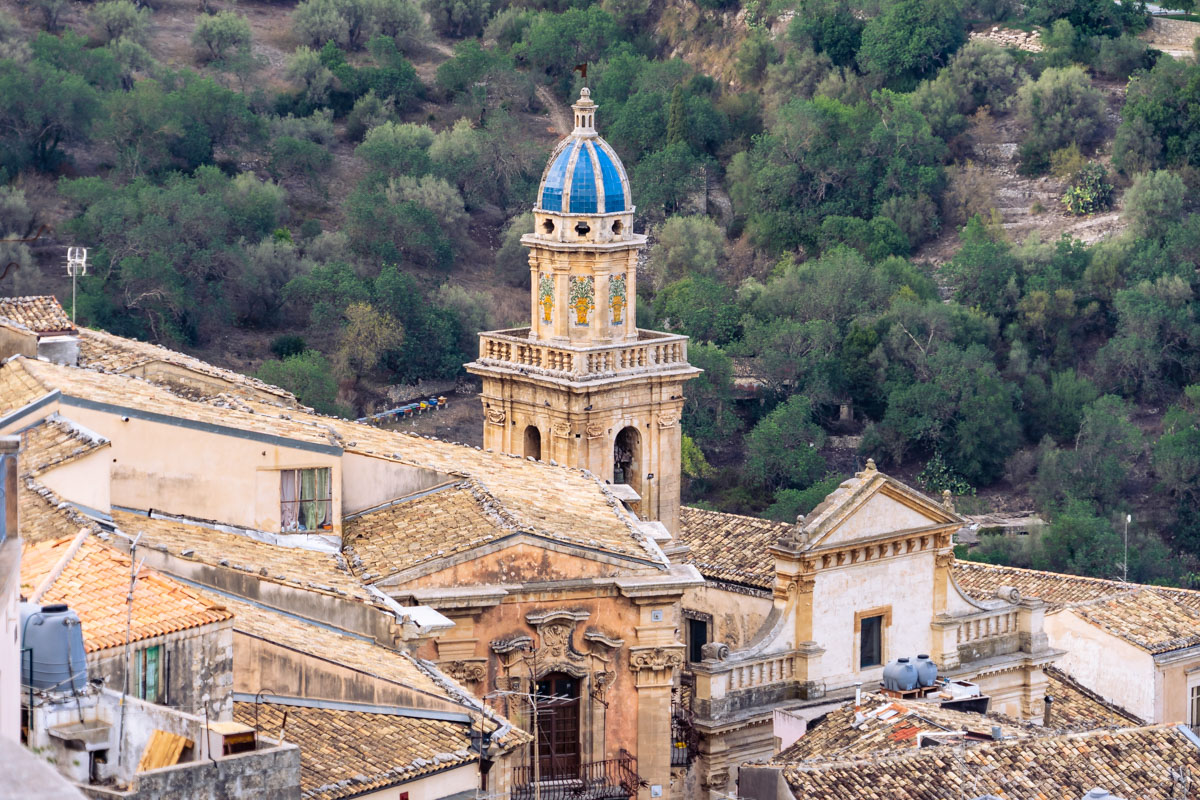 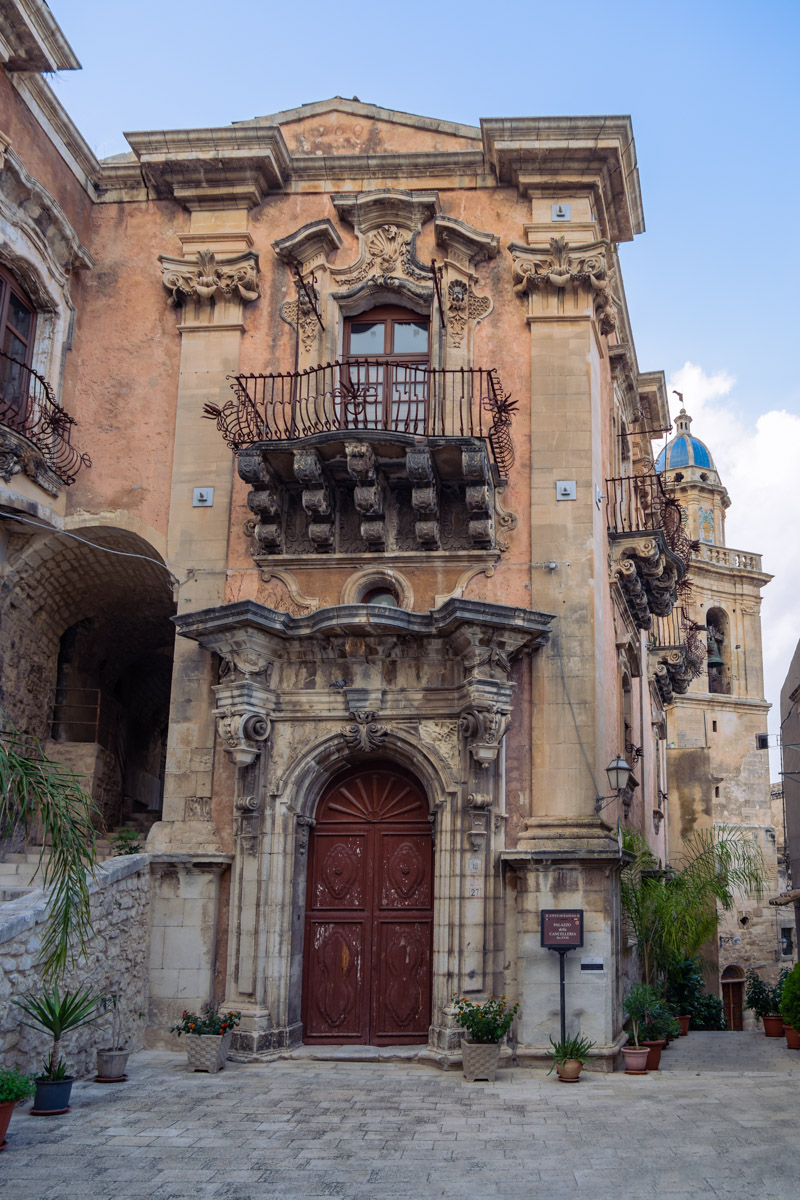 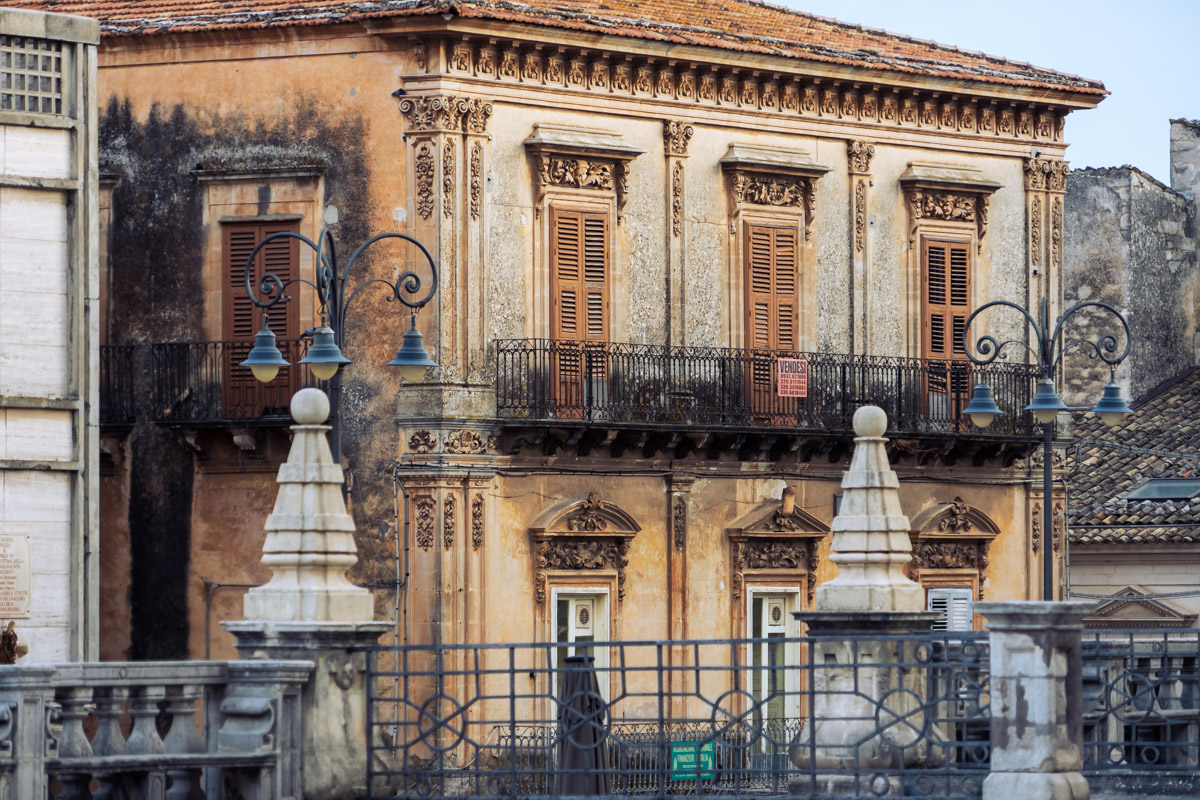 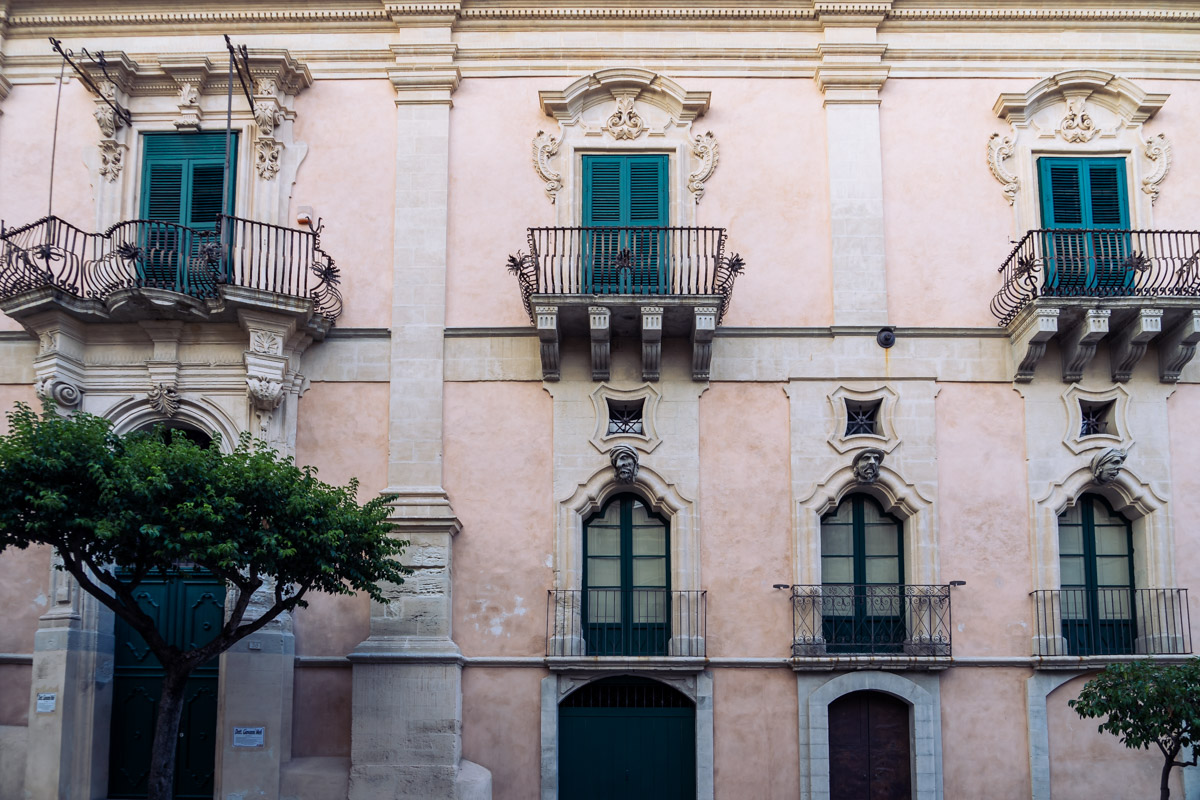 The main post office in Ragusa Superiore, a typical example of the Mussolini-era architecture, provides a bit of a contrast. 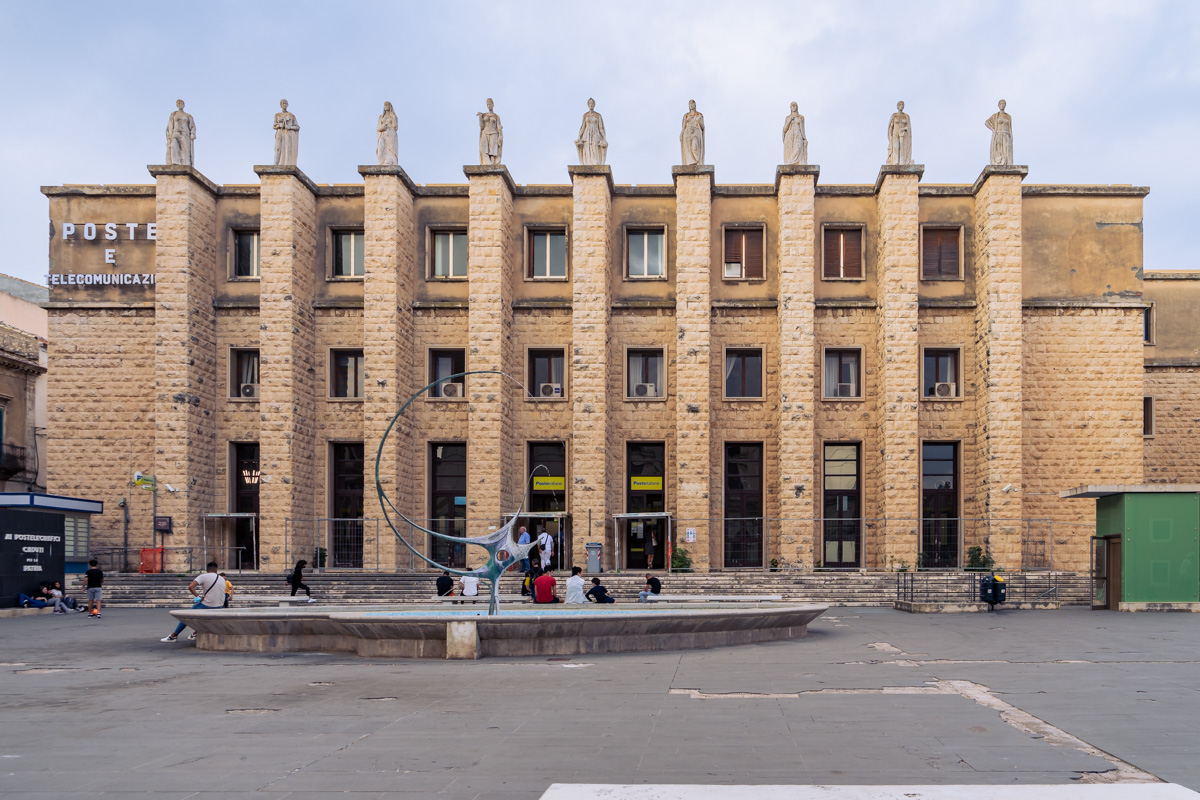 The heads on balcony portals of Palazzo Bertini deserve an extra look. 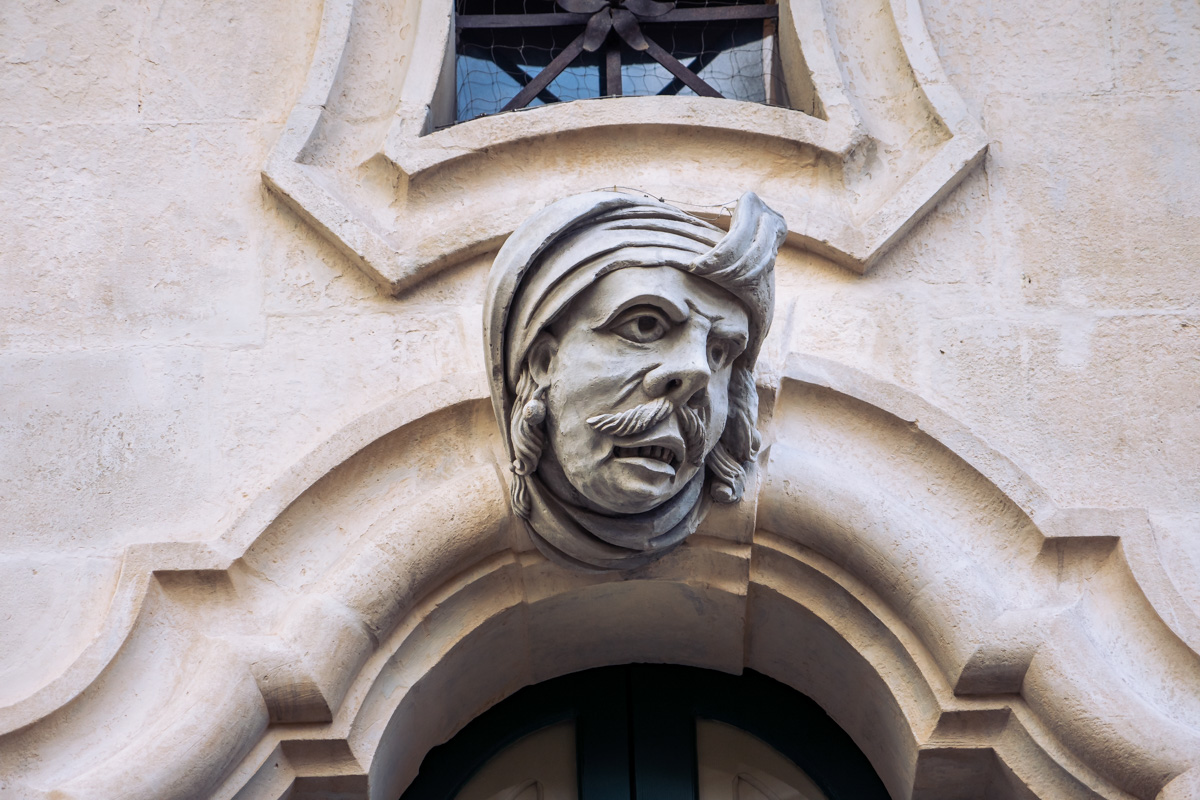 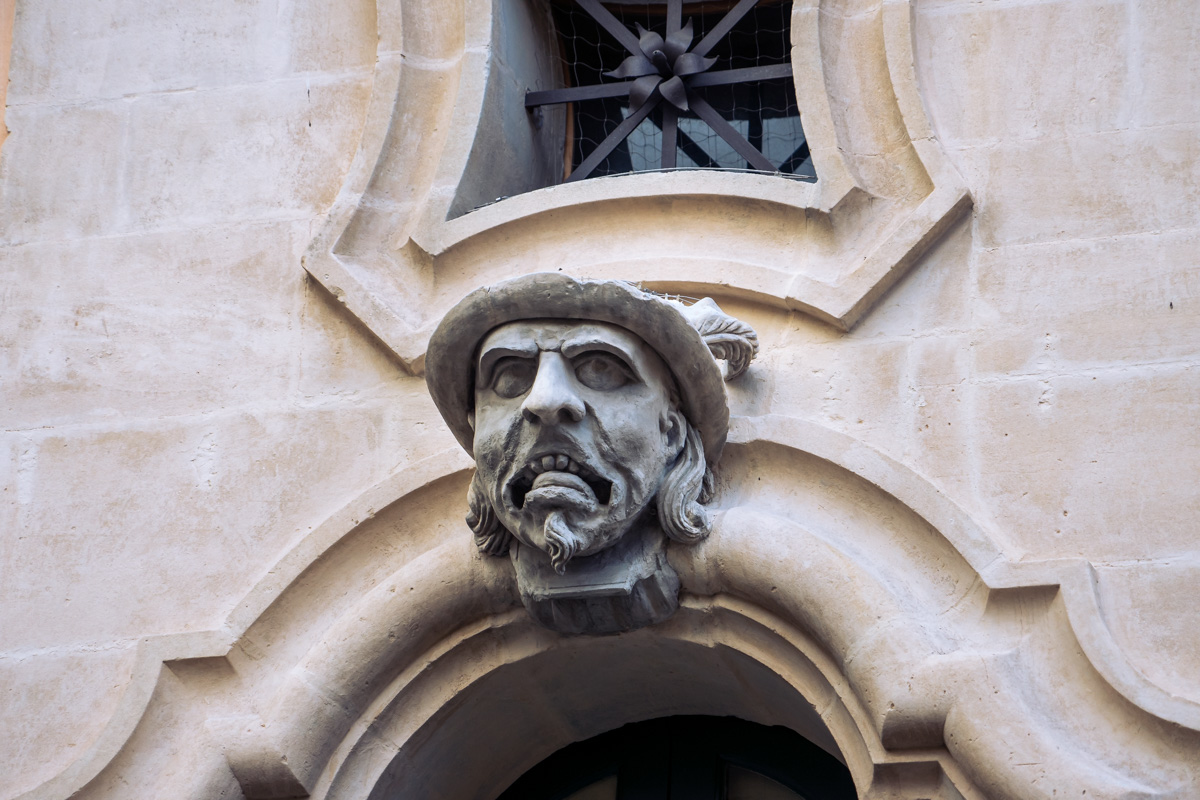 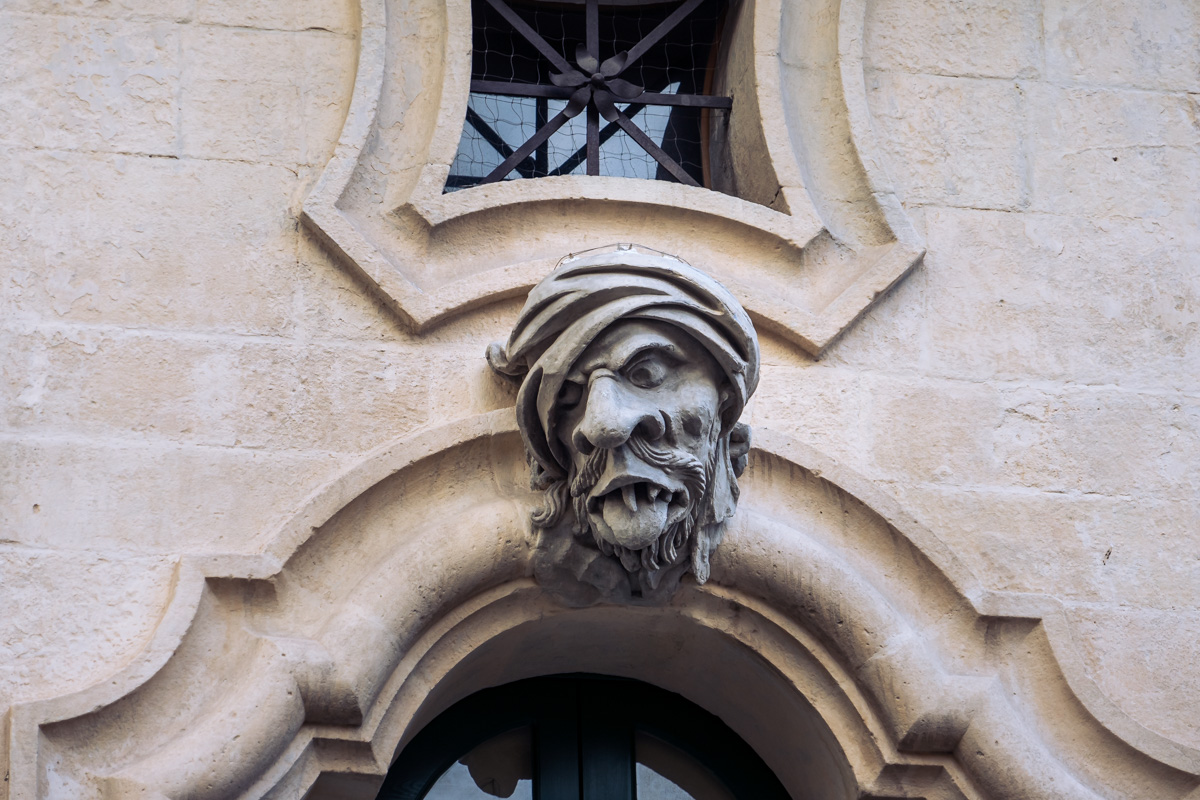 The top highlight of Ragusa Superiore is the Cathedral of San John the Baptist. 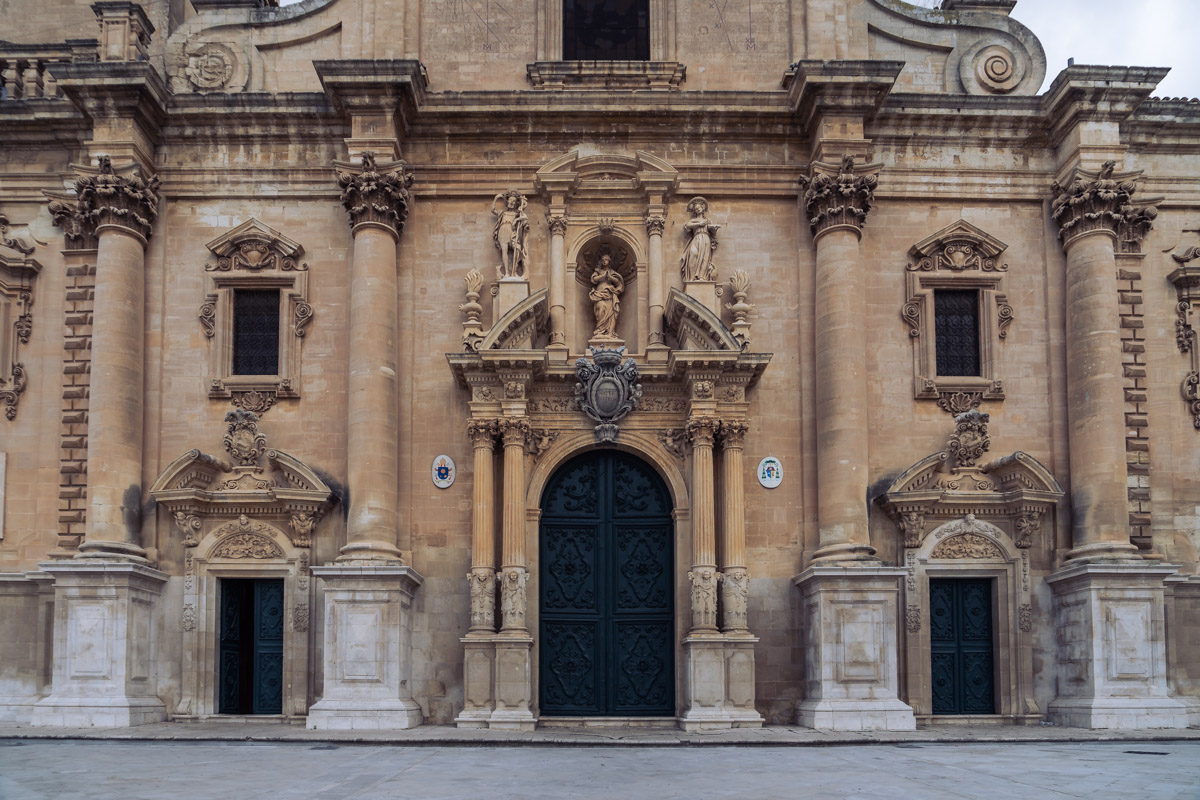 If you ever clicked through the UNESCO insciption link, you may recognize the next close up as the title picture of the Val di Noto WH site. 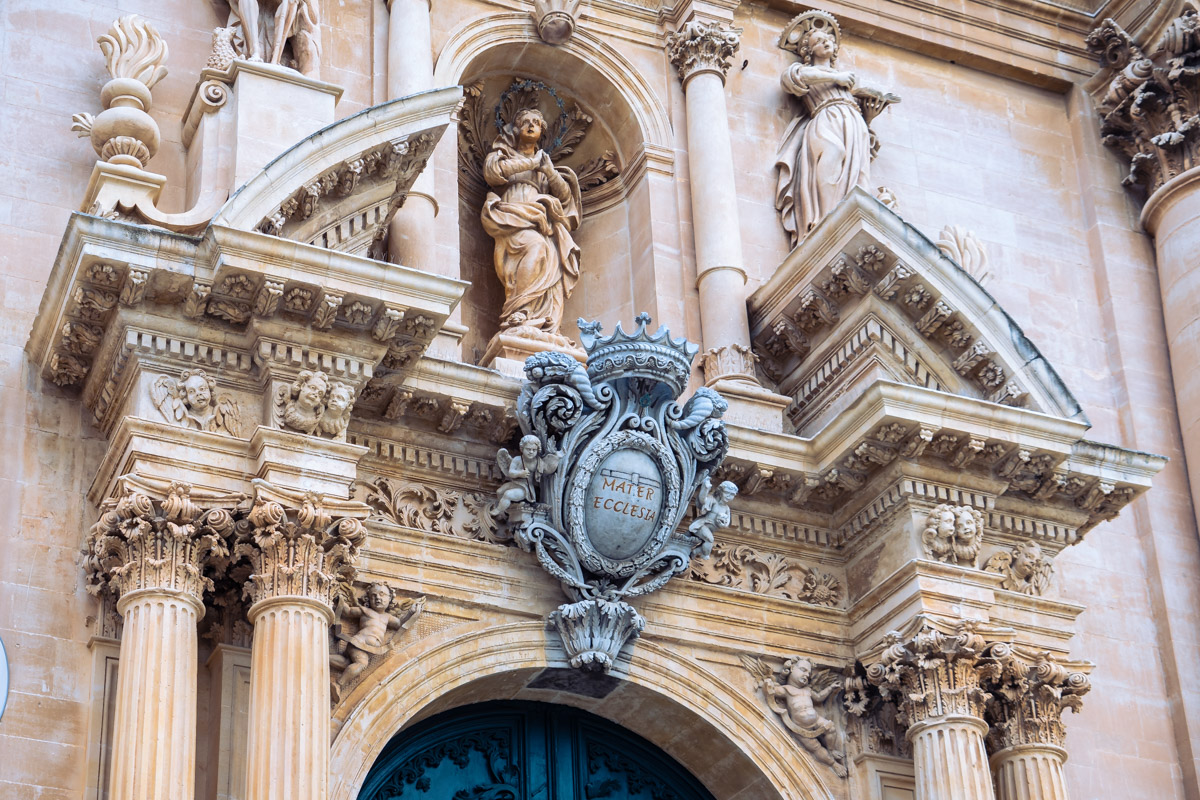 The interior of the cathedral is less muted than we came to expect in this region. 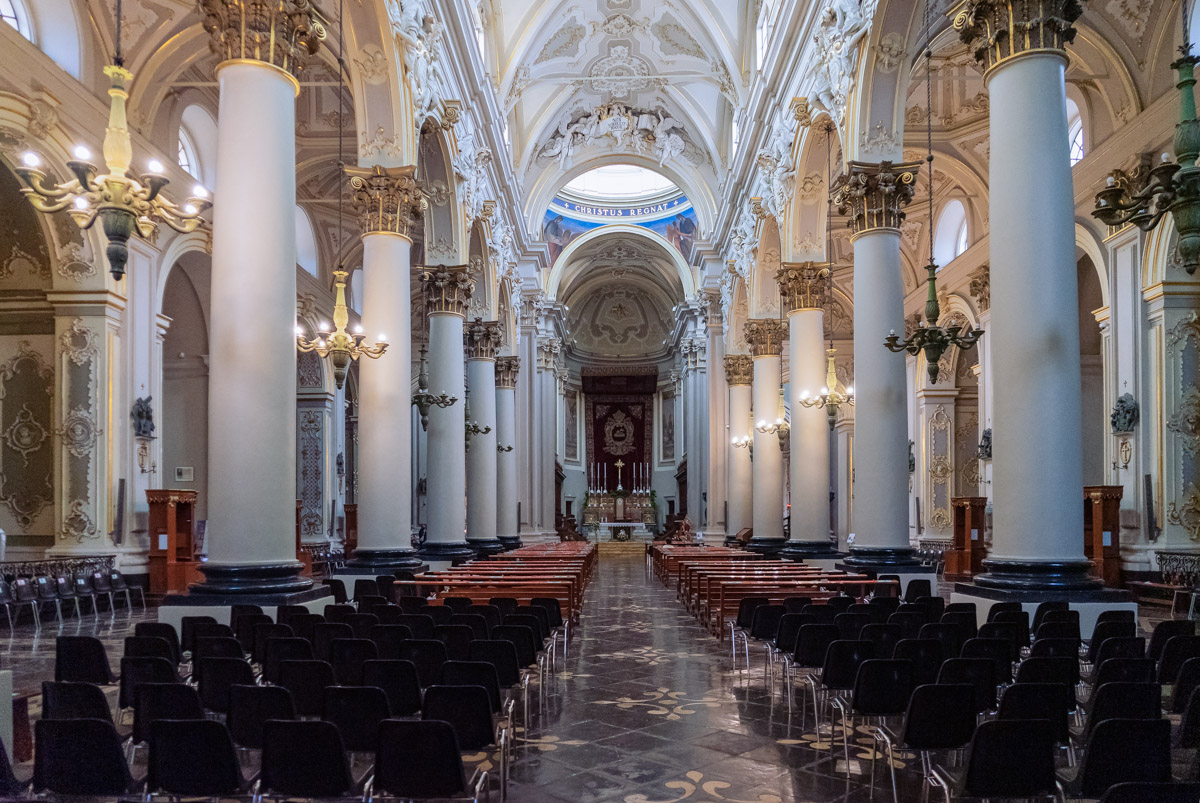 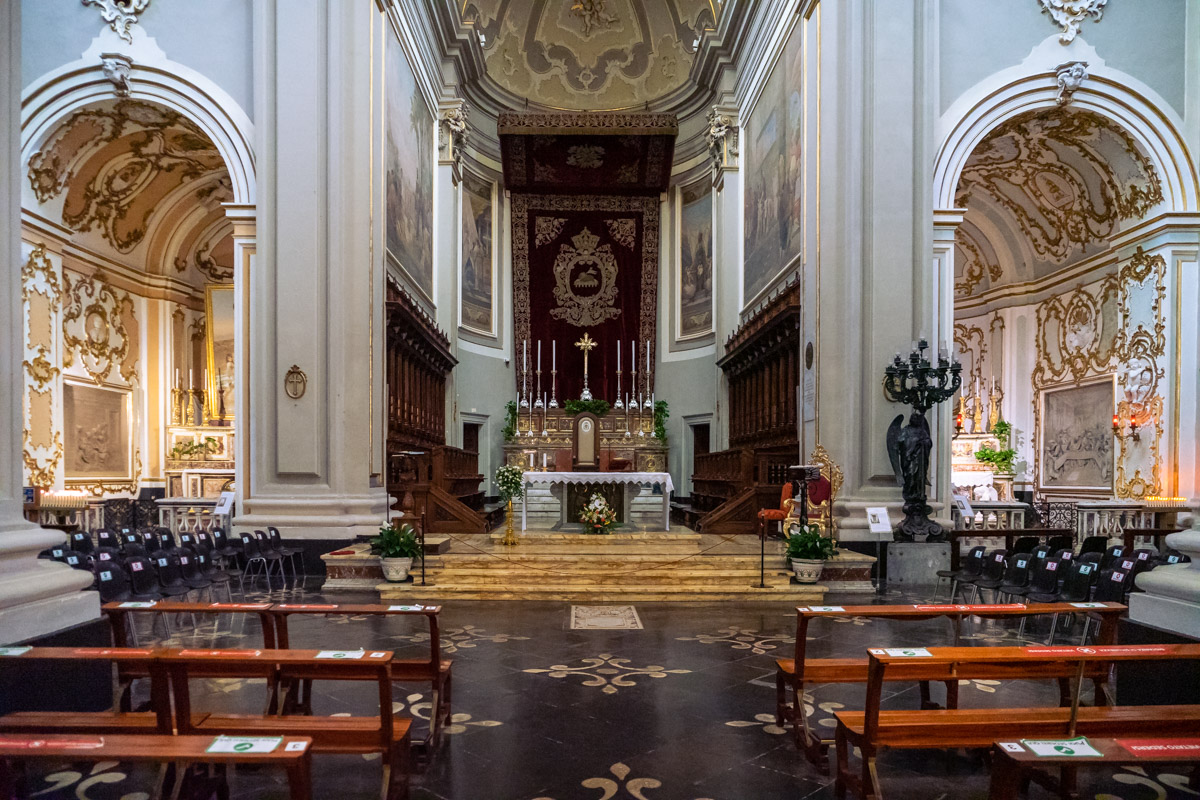 The church of Santa Maria delle Scale holds an added distinction of combining styles in the interior. Unlike many other churches, it was not completely destroyed in the earthquake of 1693. Rebuilding still occurred on the site, resulting in a largely-Baroque nave sharing space with Gothic arches and vaults, and also some Romanesque features. 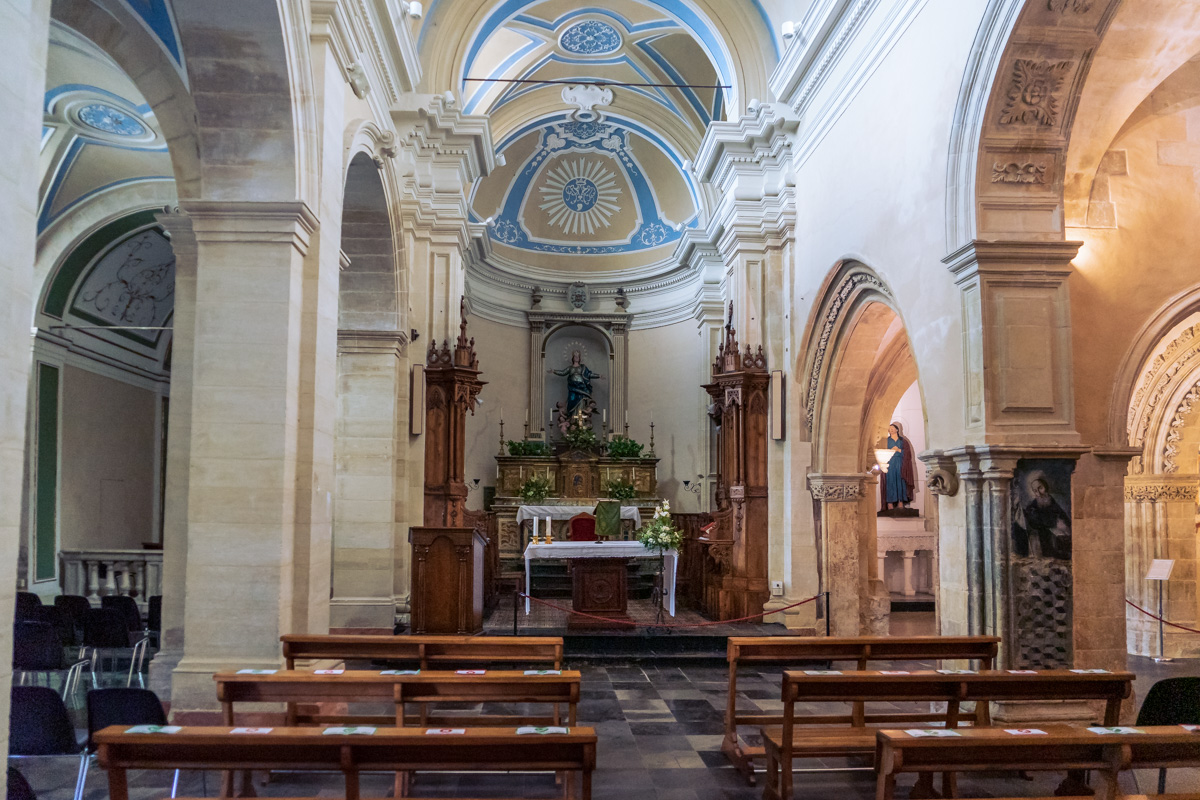 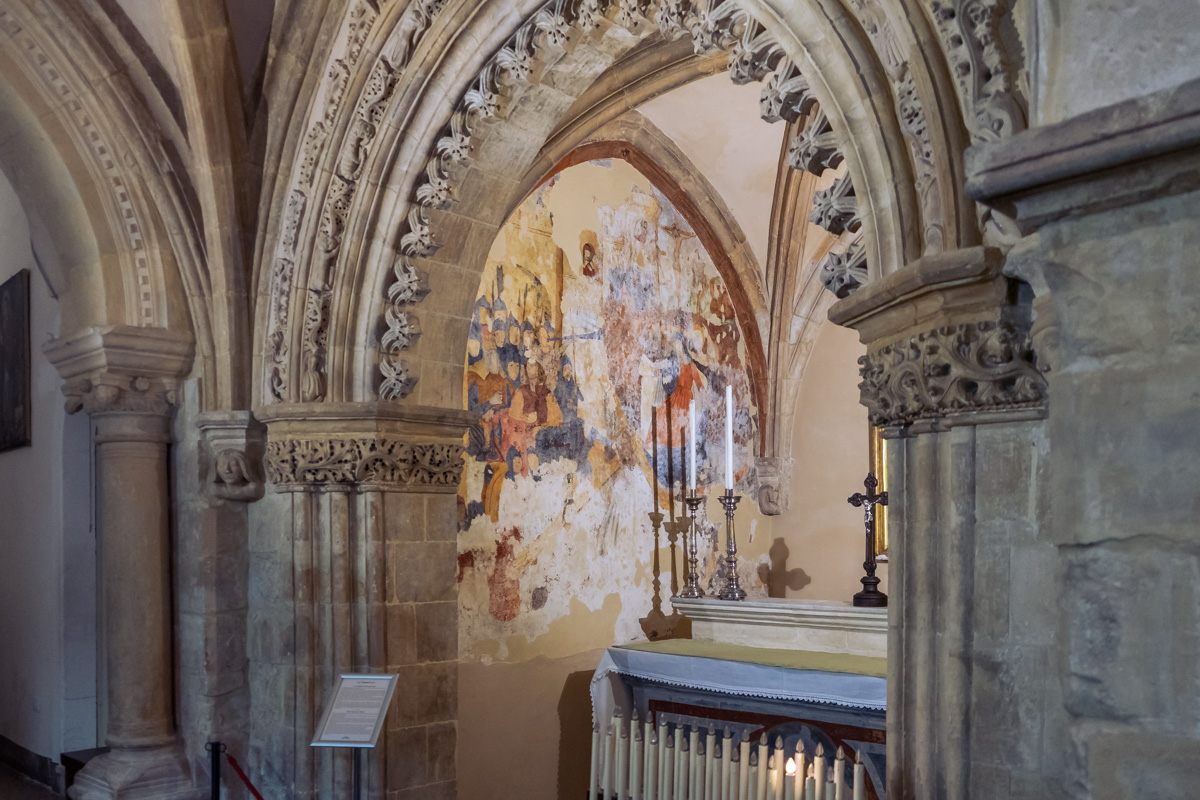 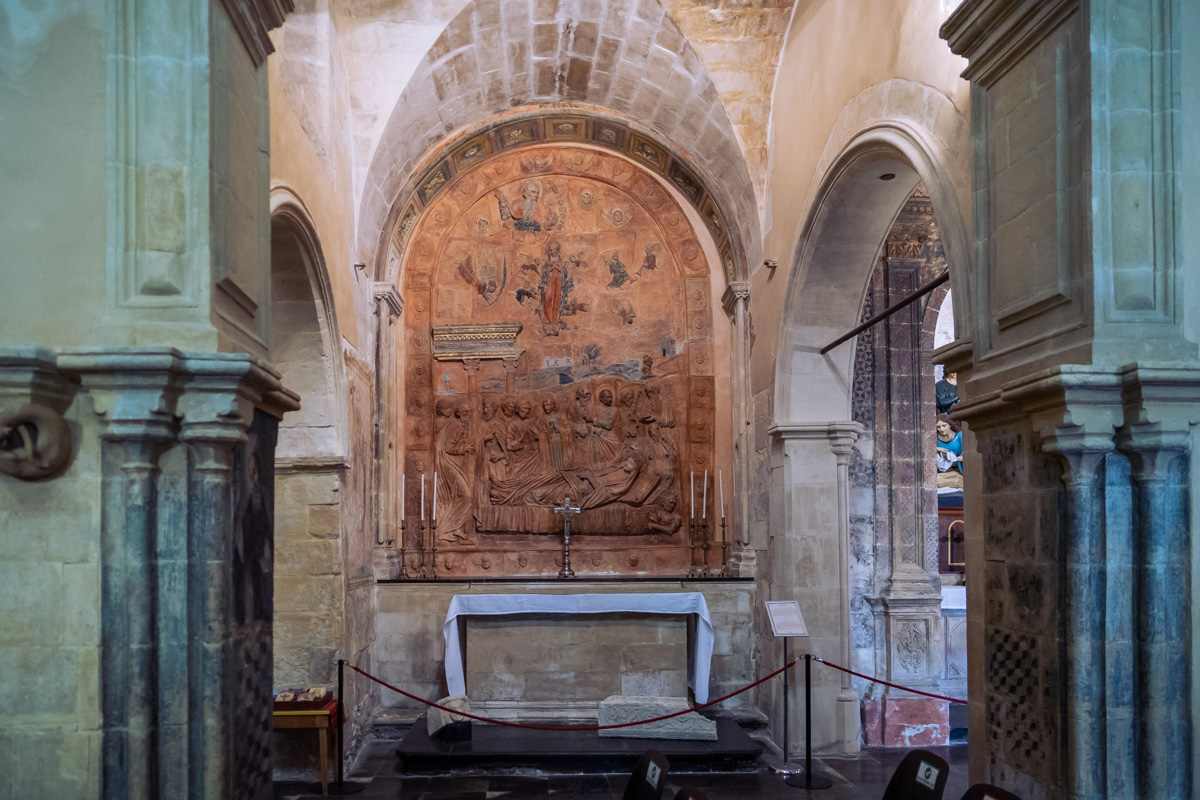 In Ragusa Ibla, there is its own Duomo, dedicated to Saint George – also a veritable feat of Baroque ecclesiastical architecture. 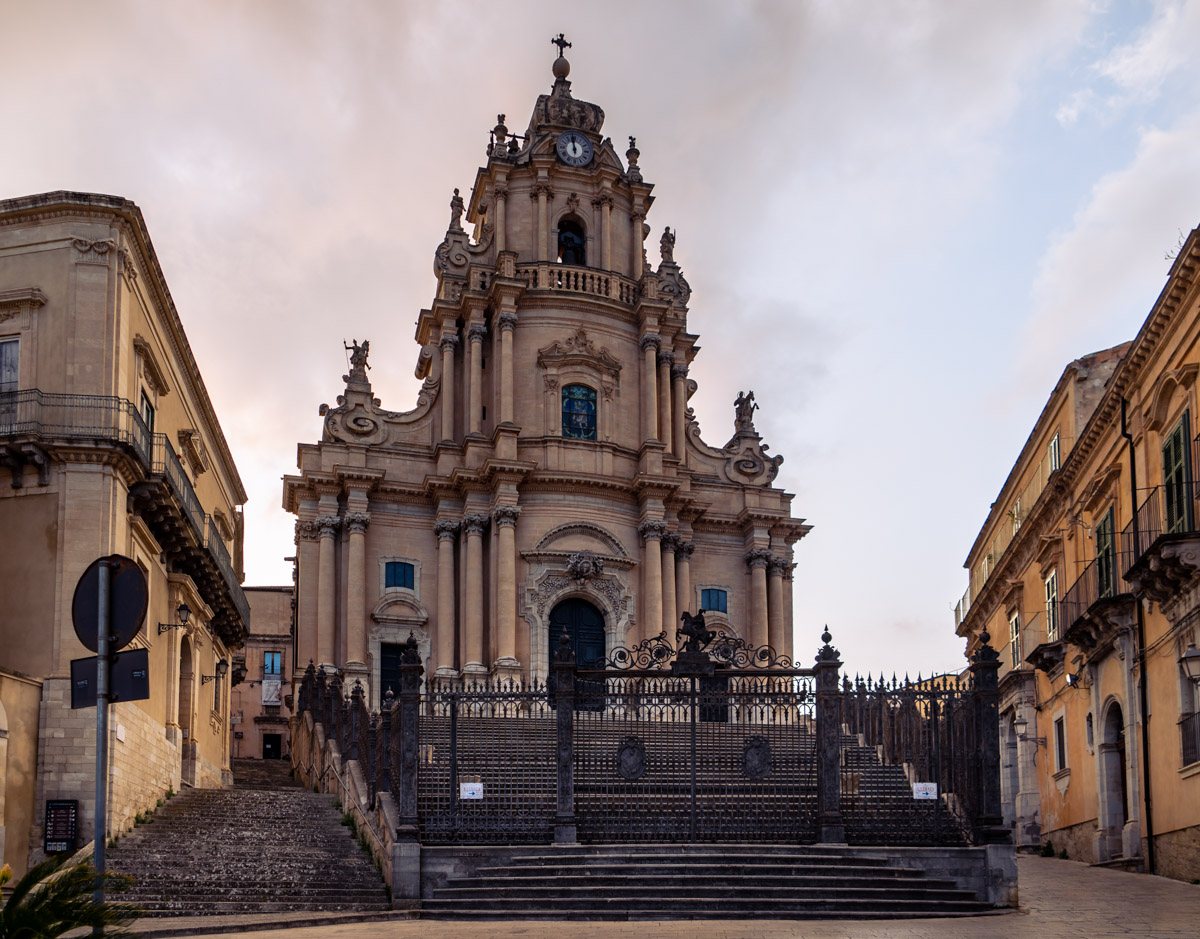 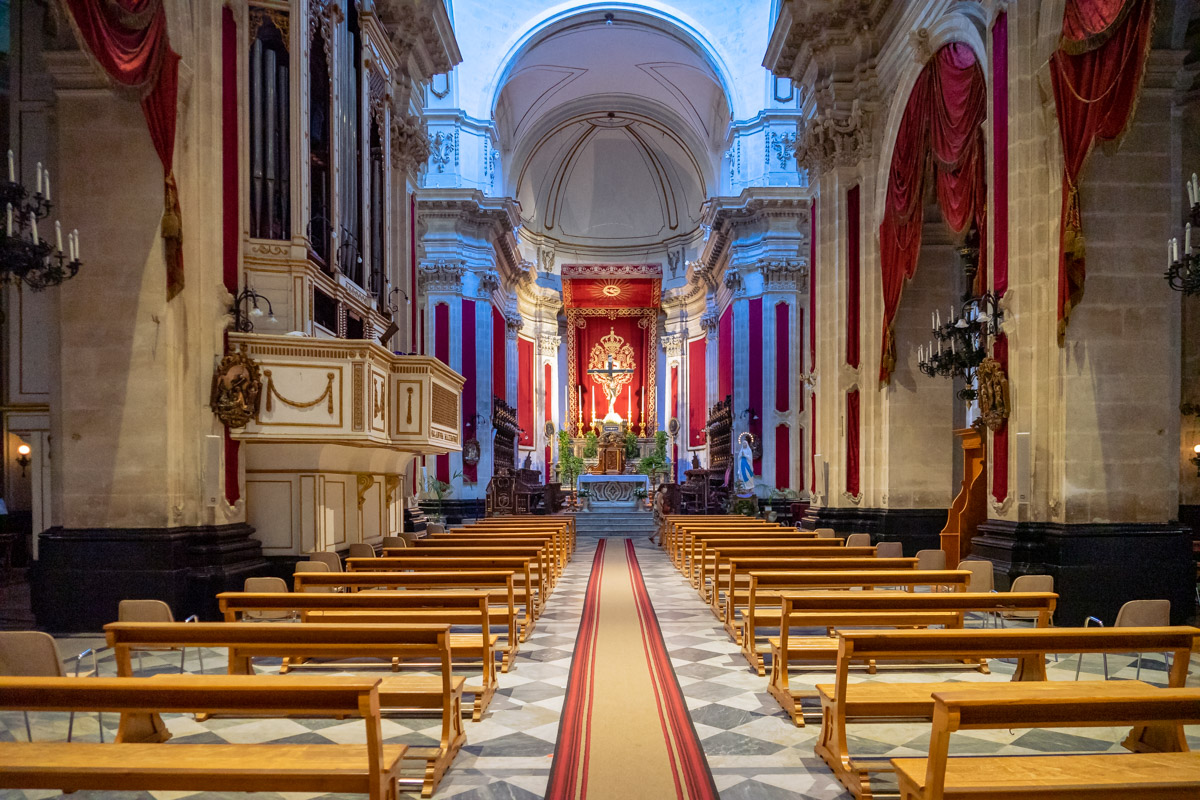 The view over Piazza Duomo from the cathedral steps. 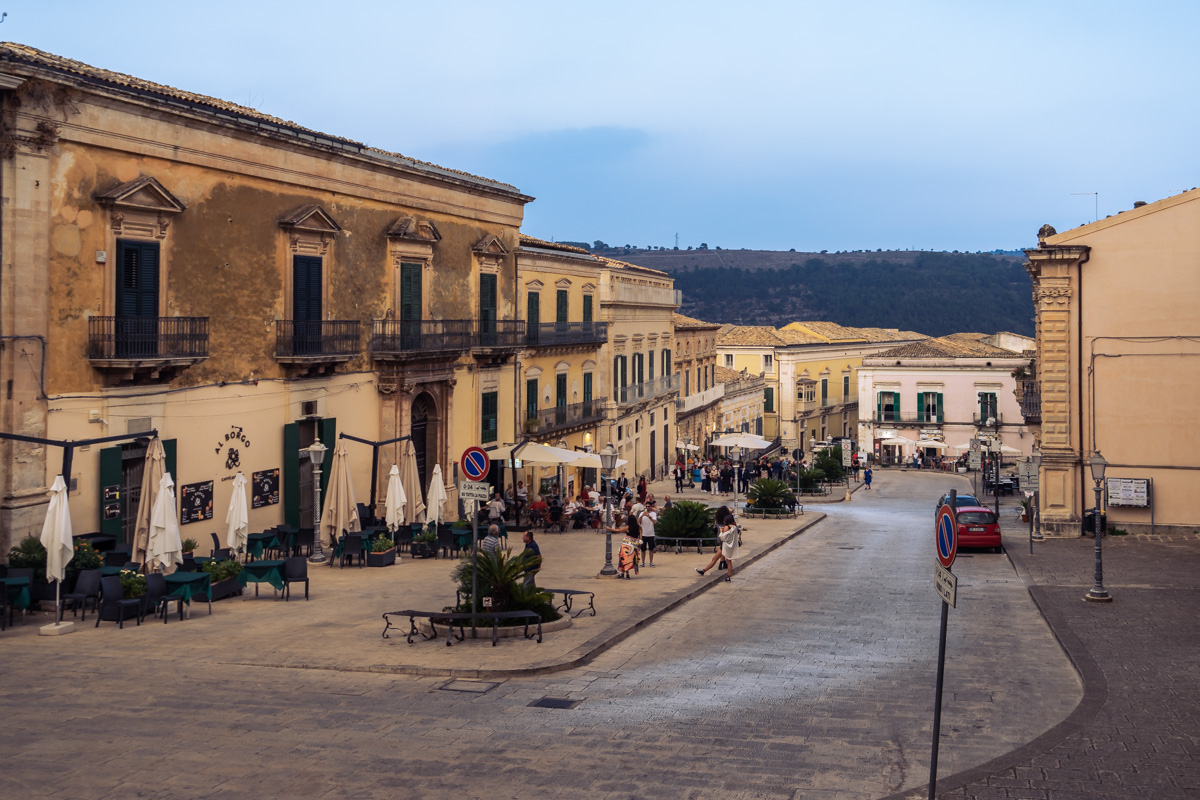 We lingered here for an aperitivo, until late enough in the evening to capture the blue-hour perspective of the cathedral. 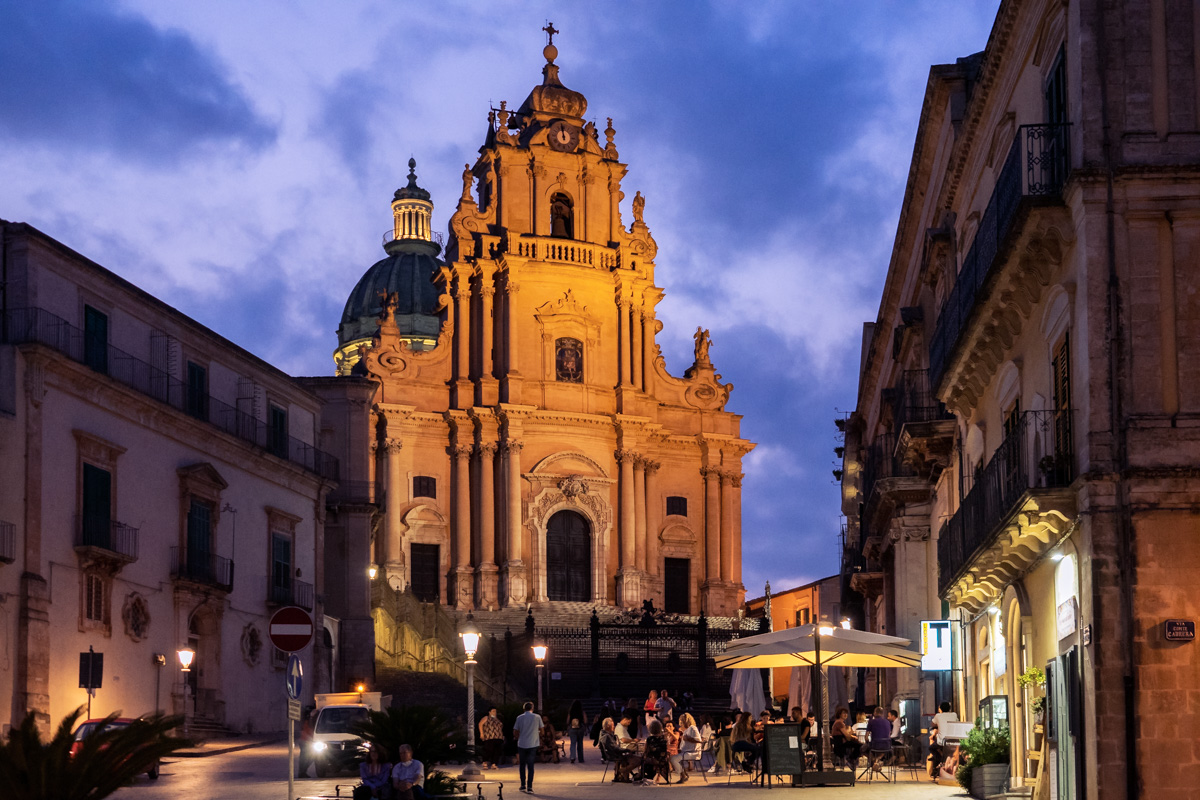 The quirky and amazing balcony support beams can also be found in Ragusa. These are at Palazzo La Rocca. 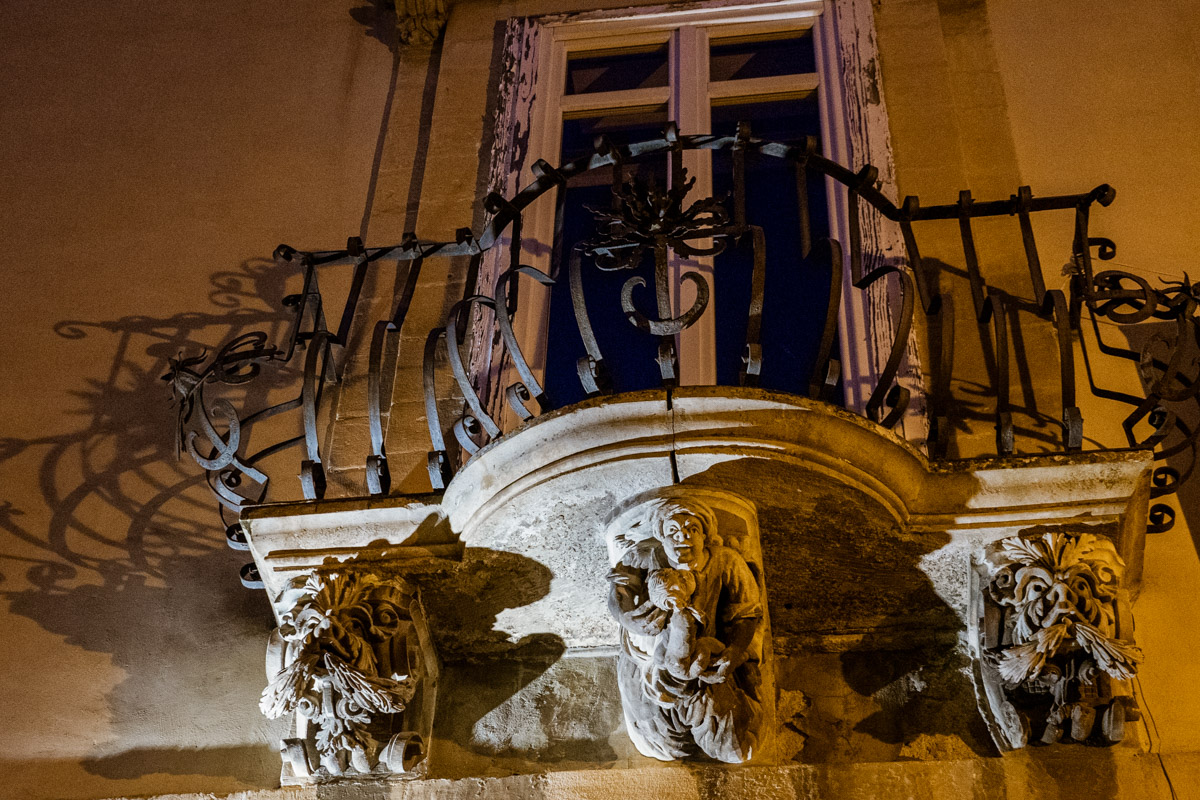 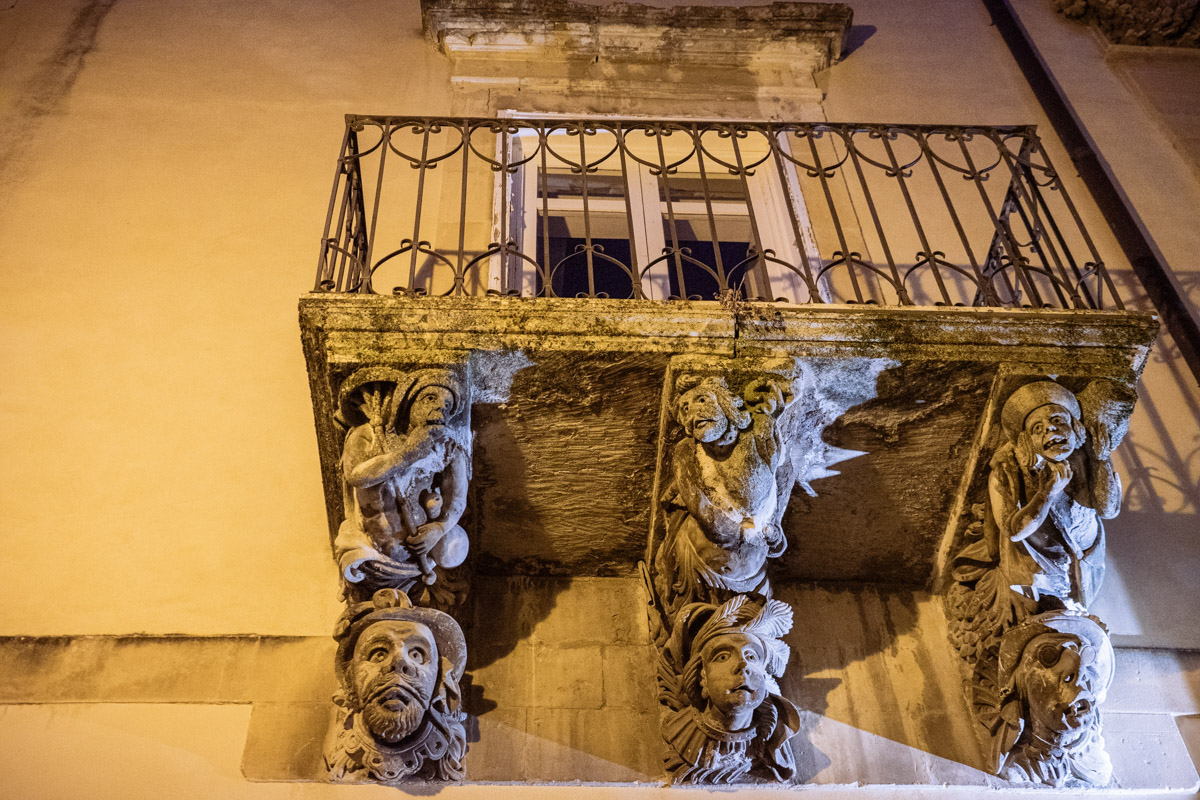 And a couple of parting evening shots from the streets of Ragusa Ibla to the churches on the facing slopes of Ragusa Superiore: the aforementioned Santa Maria delle Scale and Santa Veneranda. 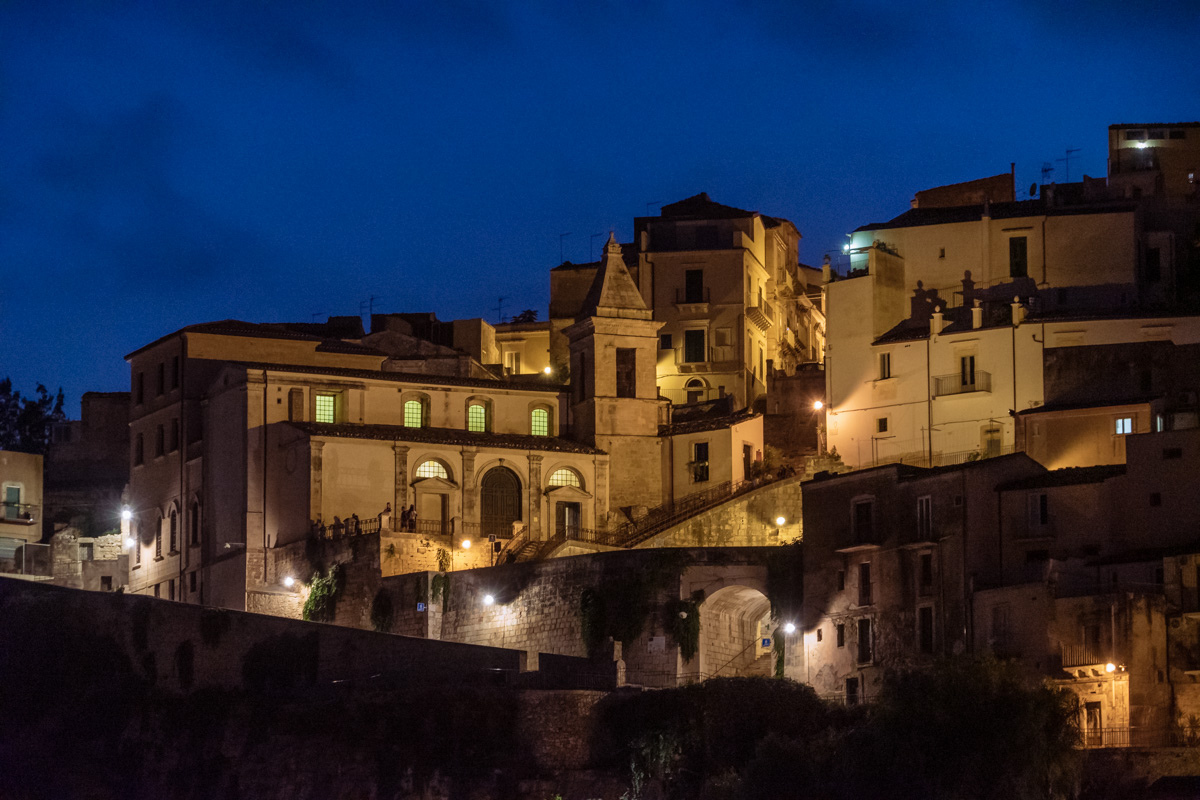 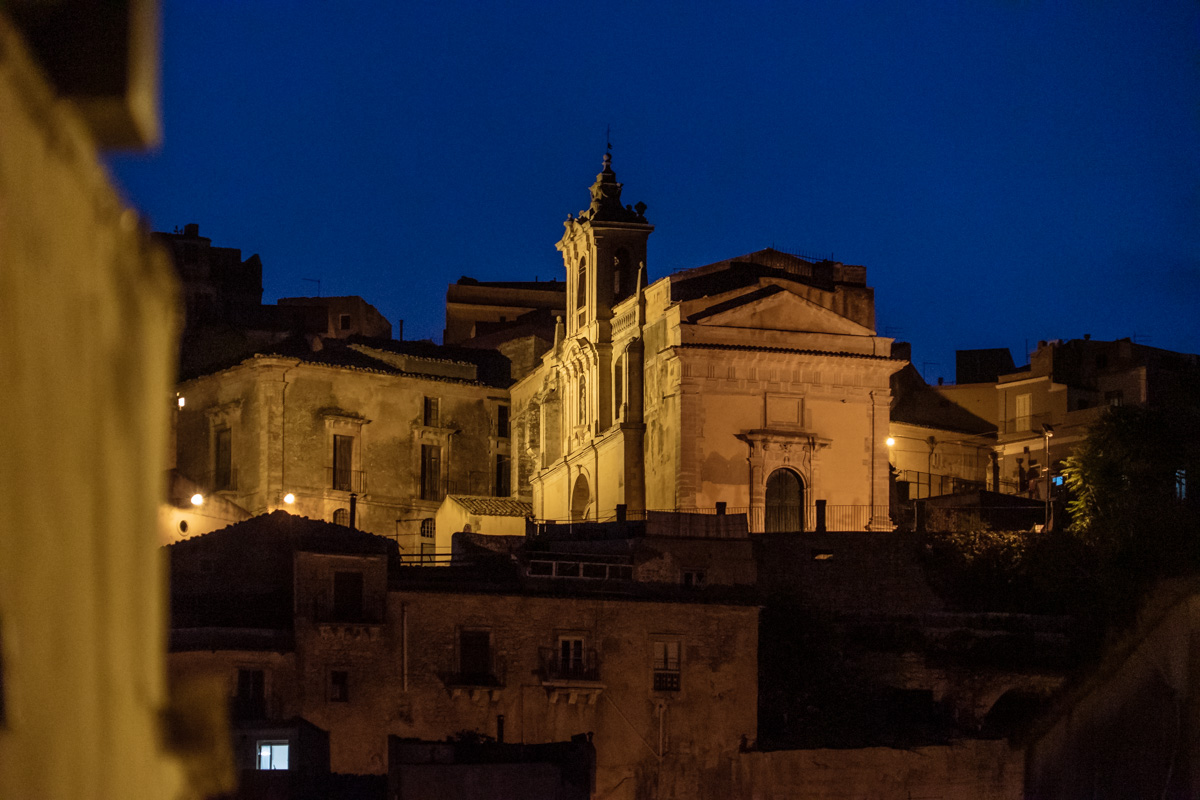 We spent a large portion of an afternoon in Ragusa, limiting ourselves only to a few open churches. Several hours feels like the minimum needed here, given the spread of points of interest between two parts of town.