A few from Austin, TX

On a business trip – what a concept, no!? – a couple of weeks ago I landed in a part of these United States that I had never been to before. In the Texan capital for less than 2 days, I could carve out an hour and a half in one late afternoon for a quick jaunt around Austin’s downtown area.

The limited timeframe prompted me into swapping my usual walkabout approach for the e-scooter mode of travel. That allowed me to cover more area, but I certainly lost quite a bit in terms of forming a measurable depth of perception of the place. In blunter terms, I got nothing exceptional as far as photographic output goes. Nonetheless, here are a couple of dozen views, starting with the Texas State Capitol Building which happens to be the biggest of all 50 state capitols. 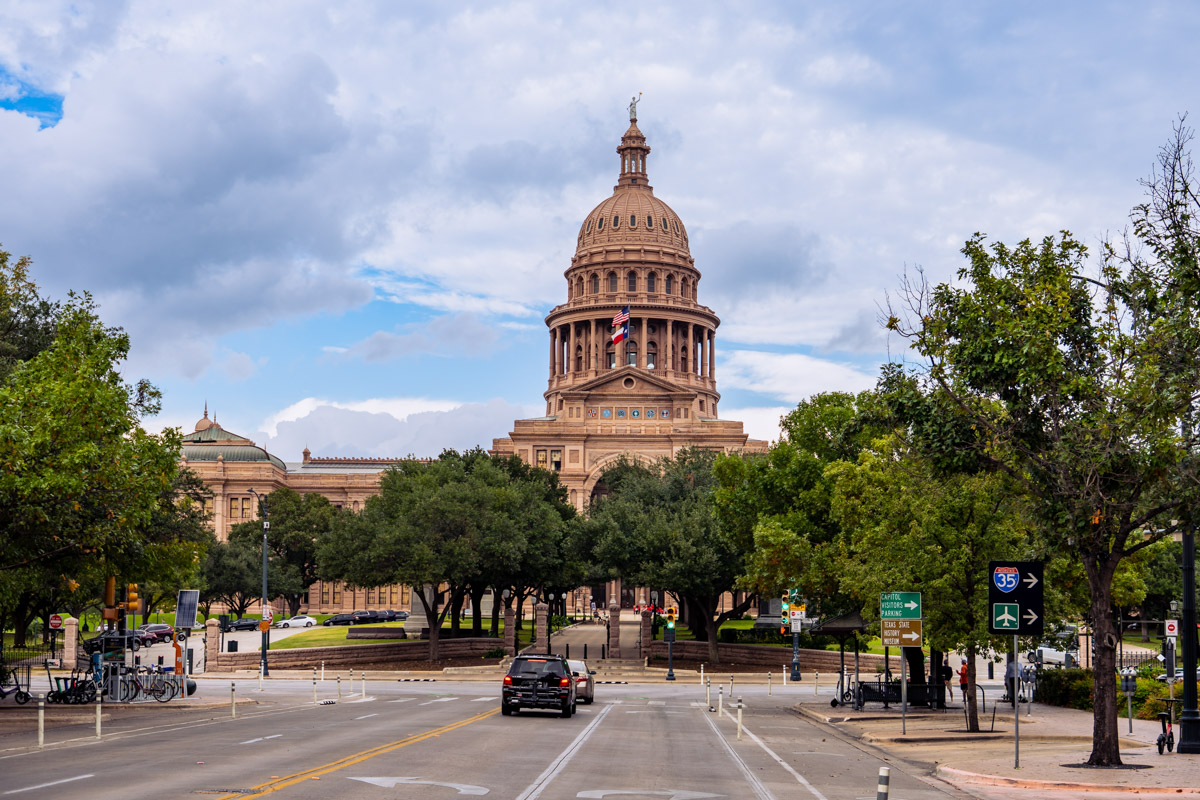 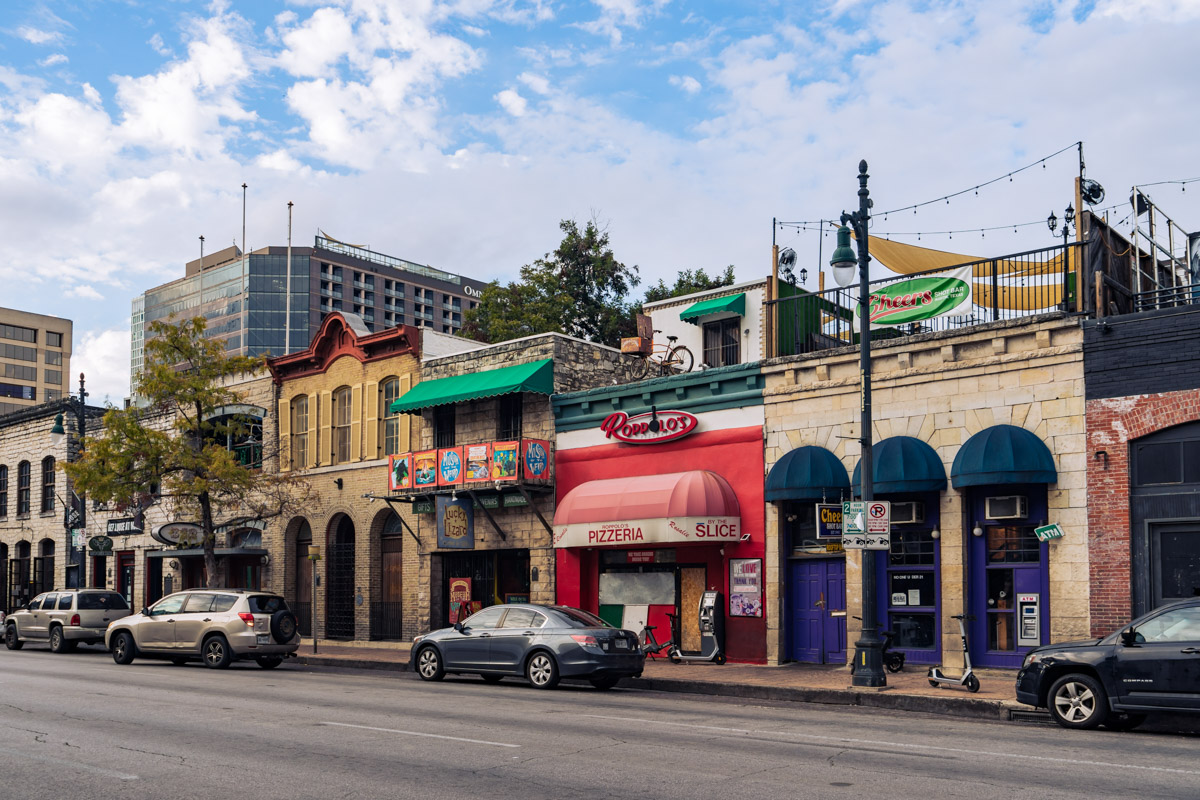 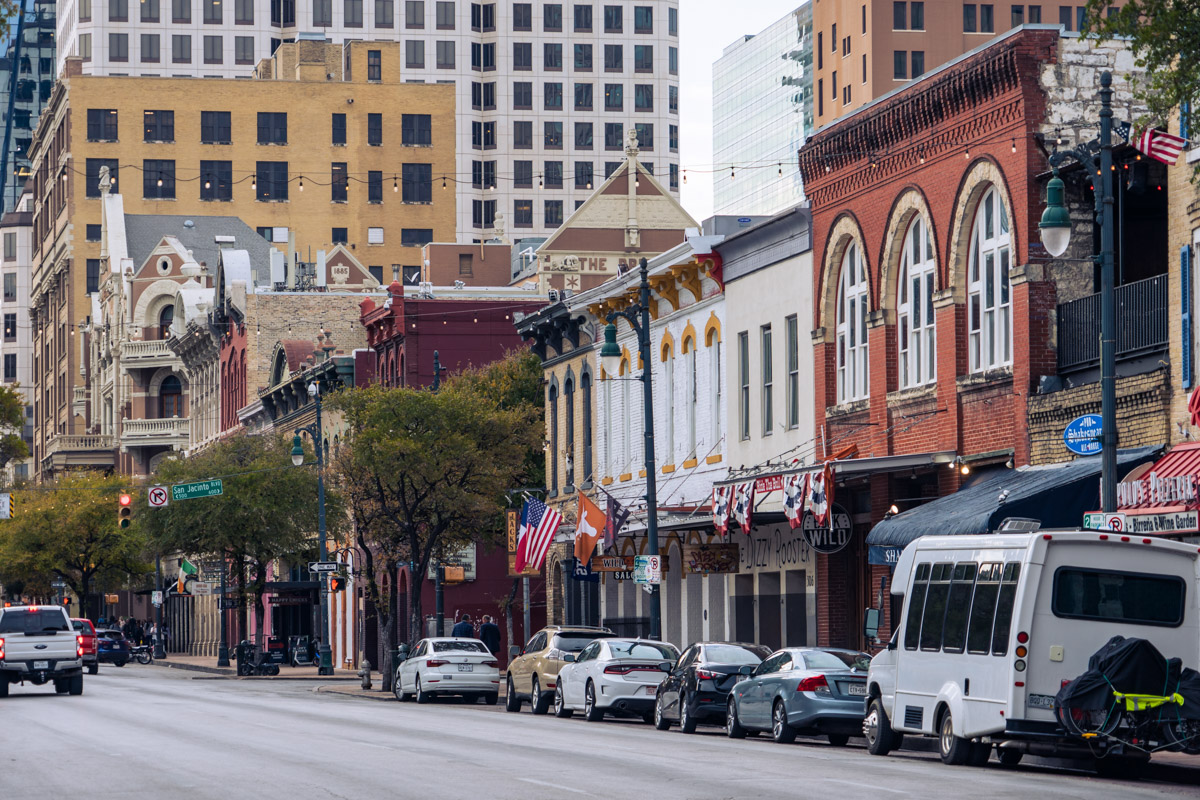 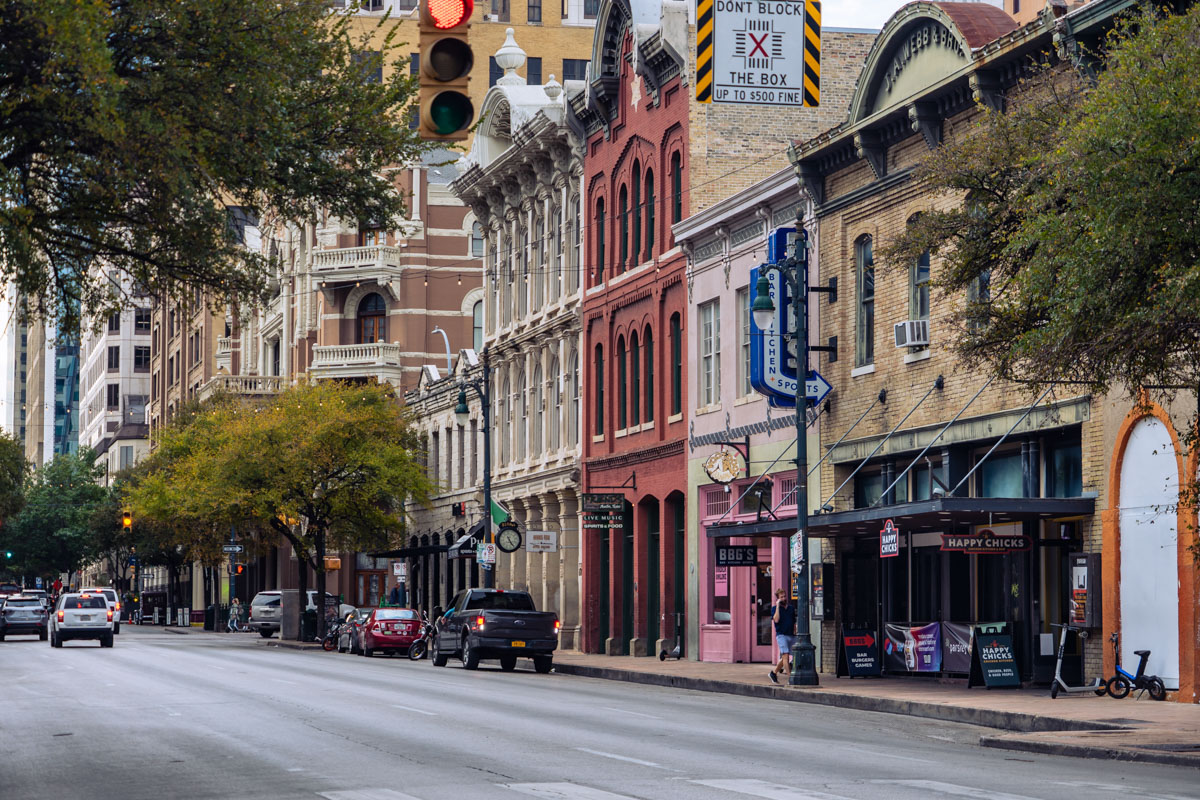 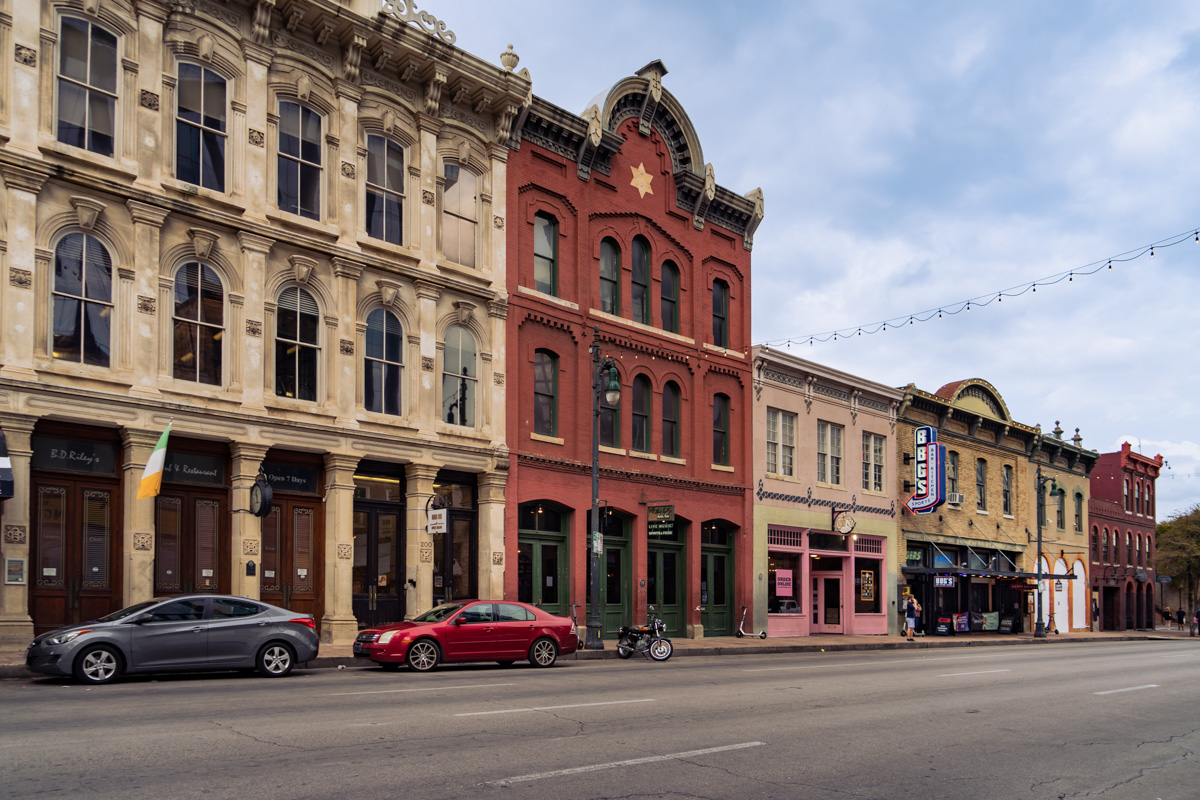 The Driskill Hotel is a late-19th-century addition to the scene. 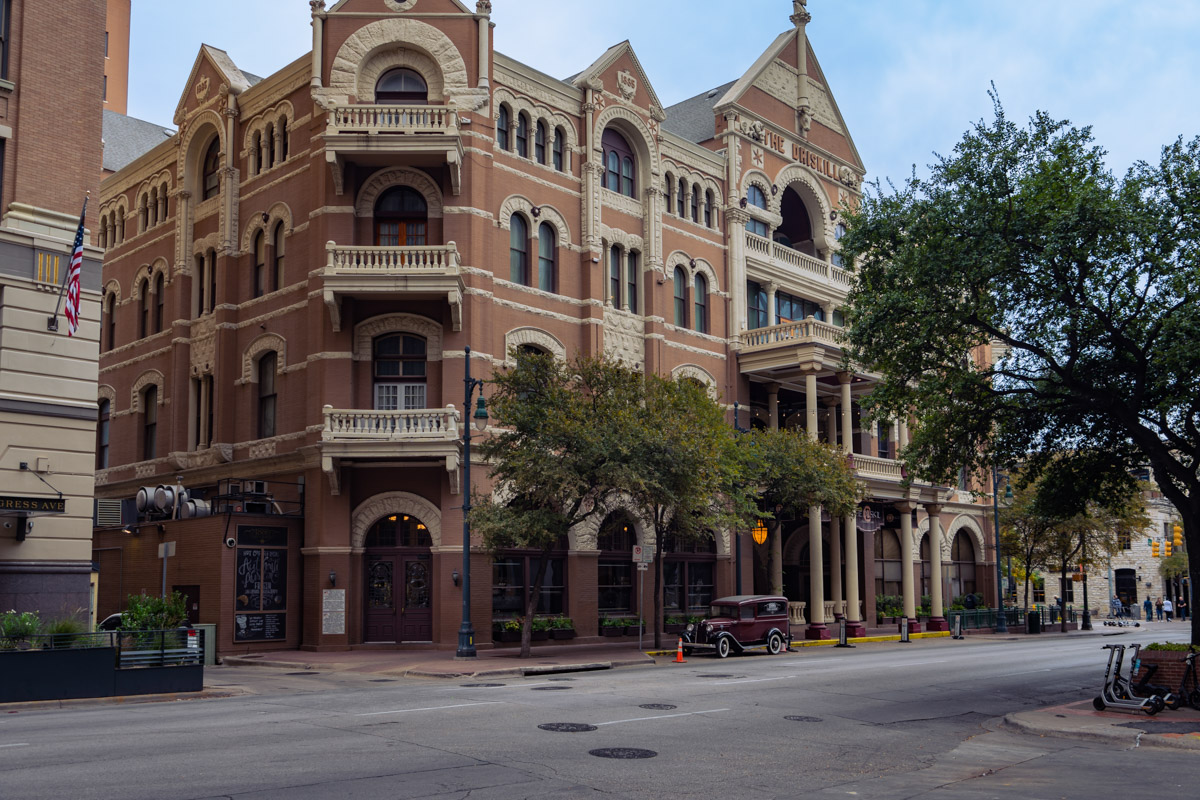 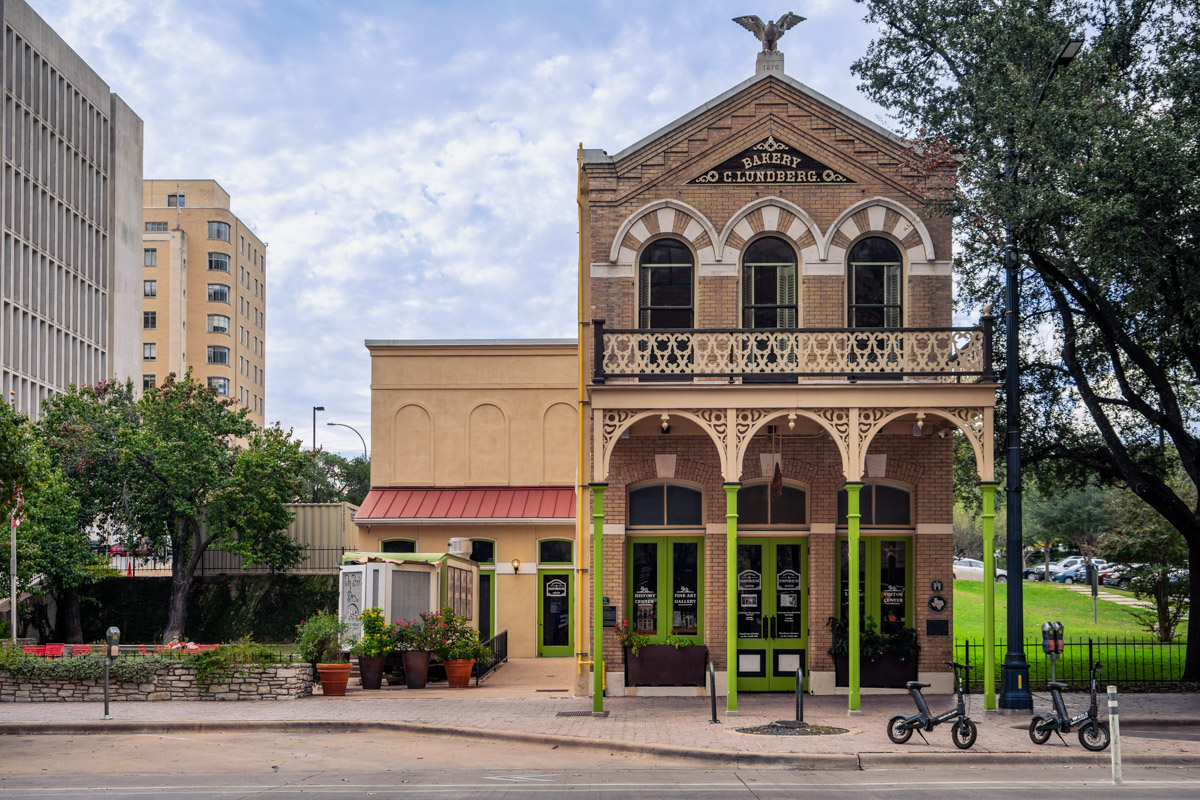 Of course, this being the modern commercial city center, more recent architecture predominates. 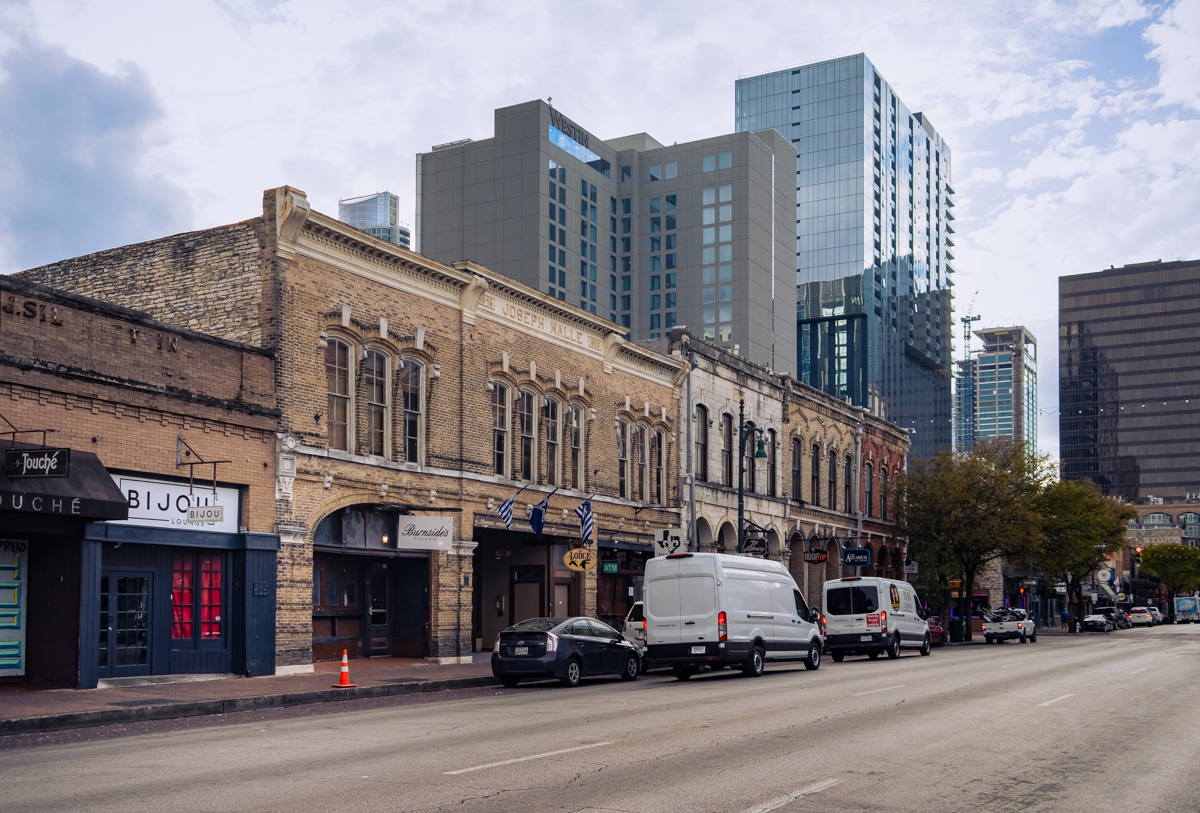 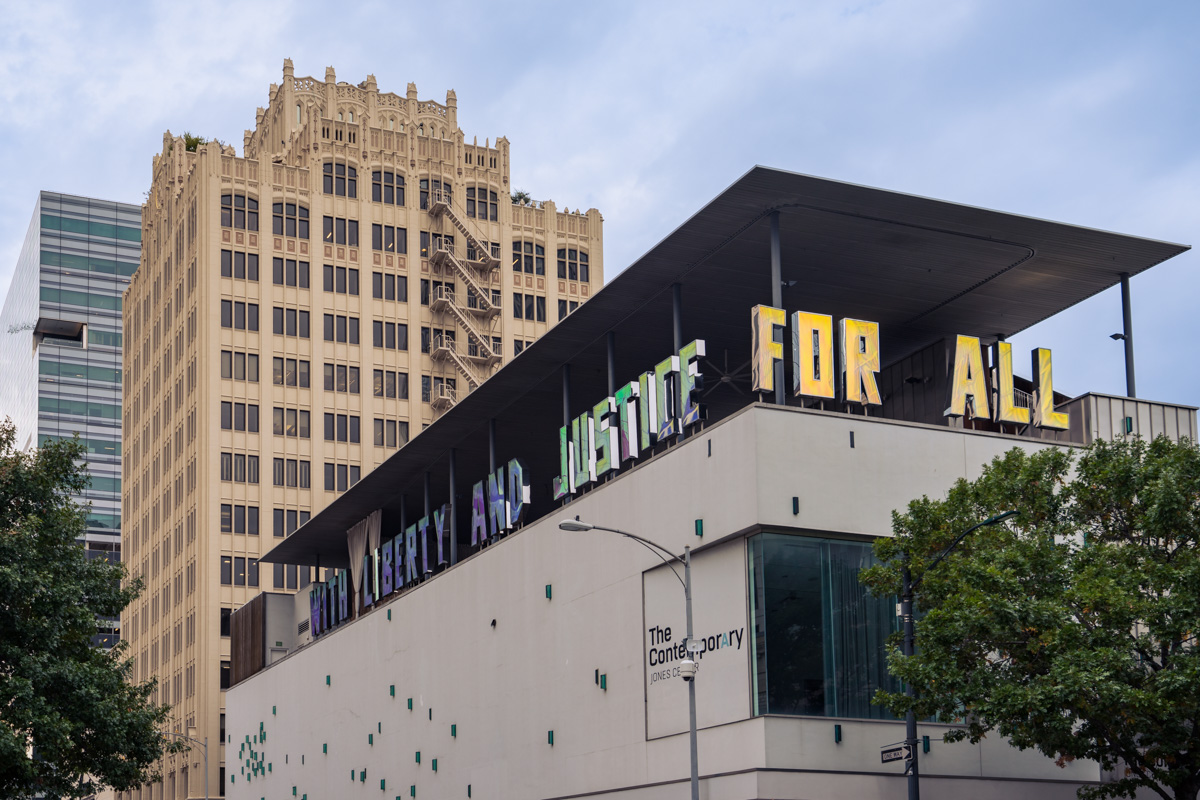 The best views of the downtown area are from across the Colorado River. 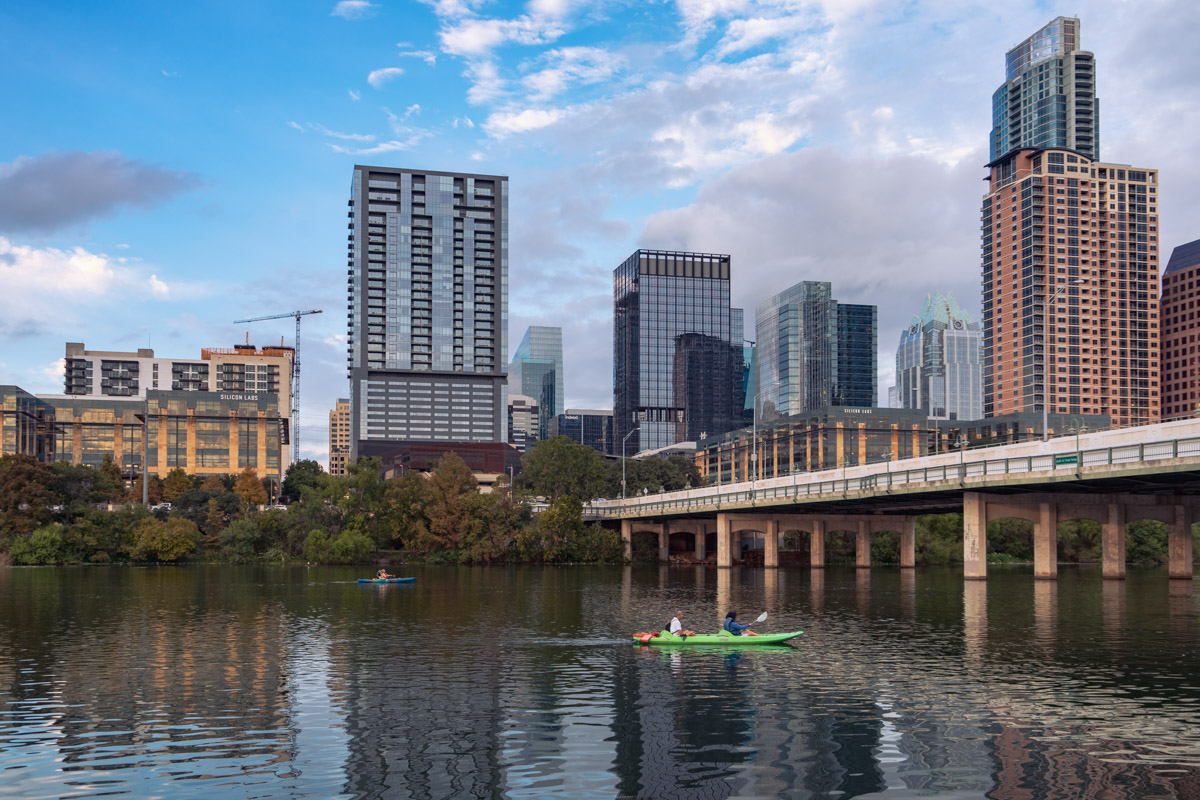 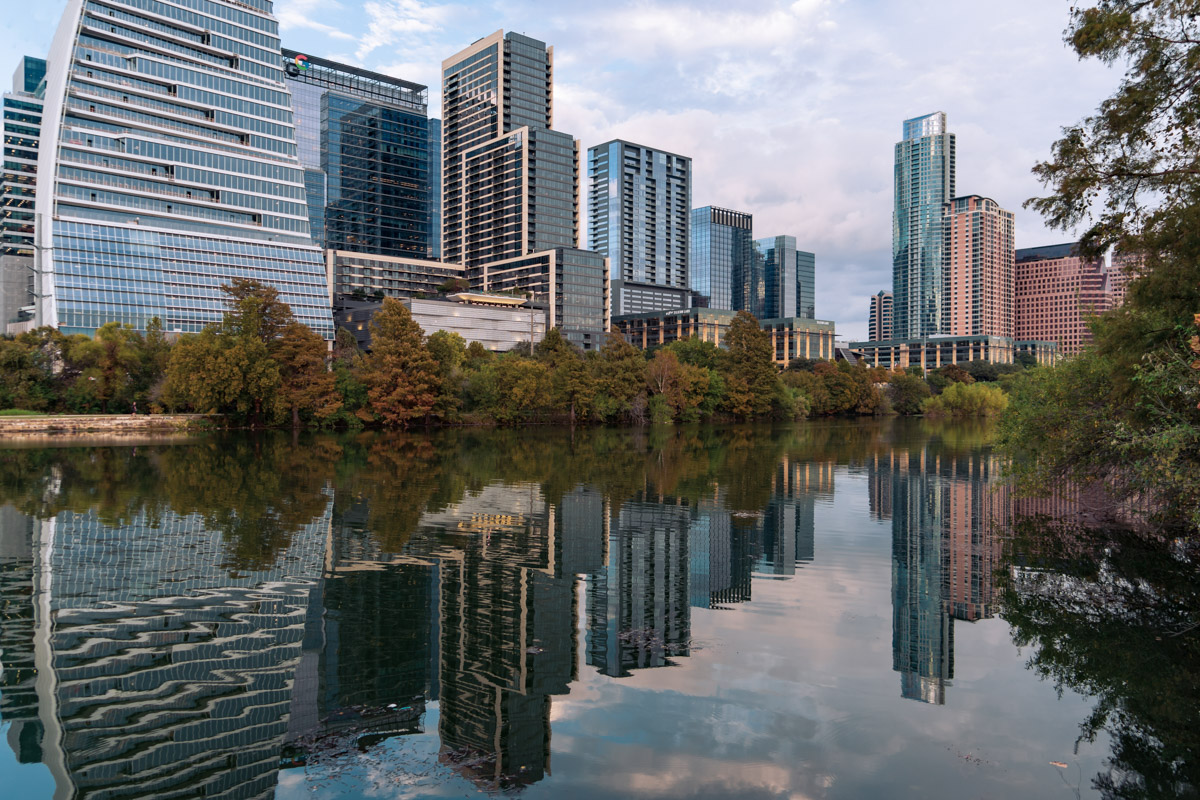 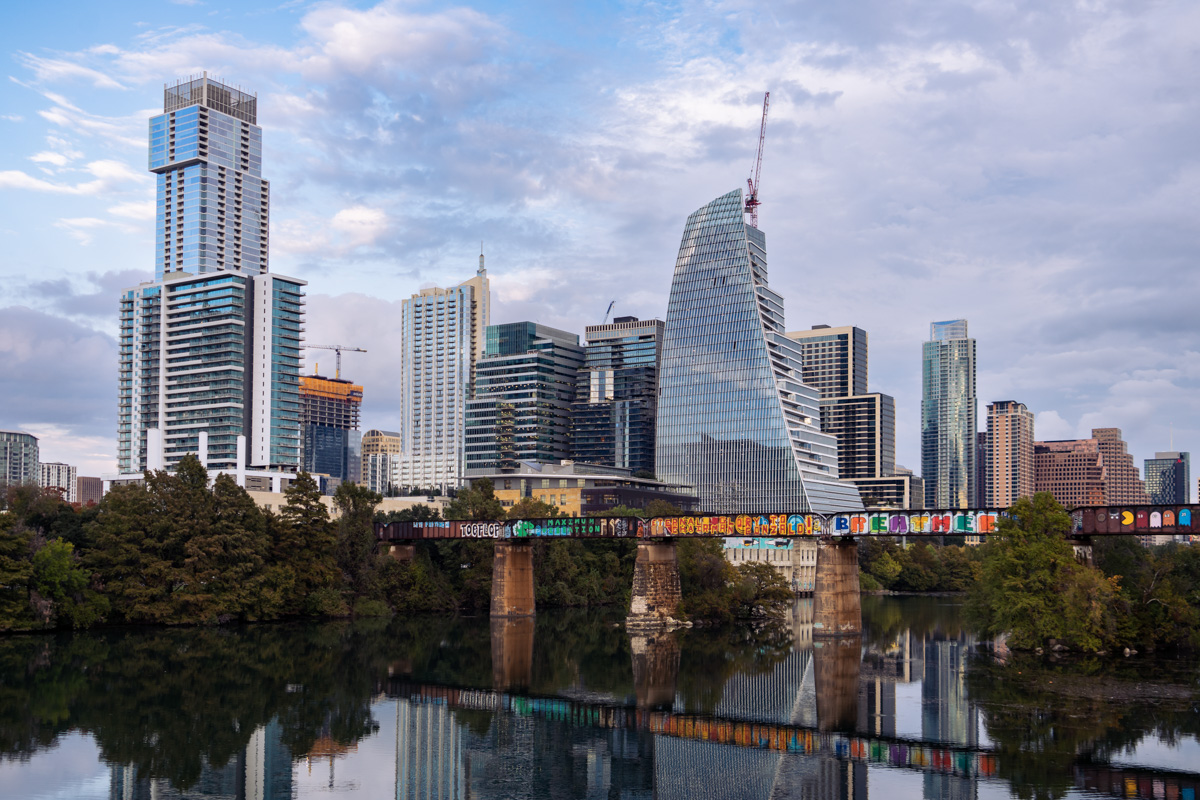 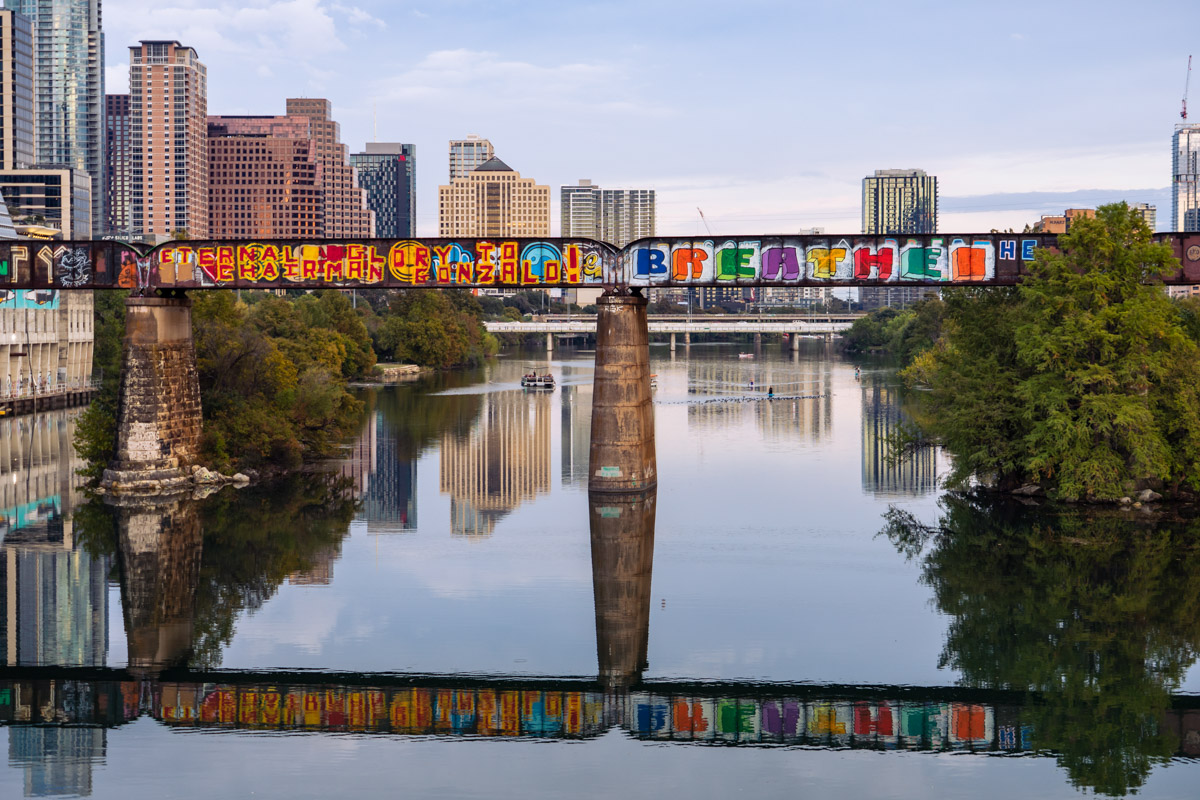 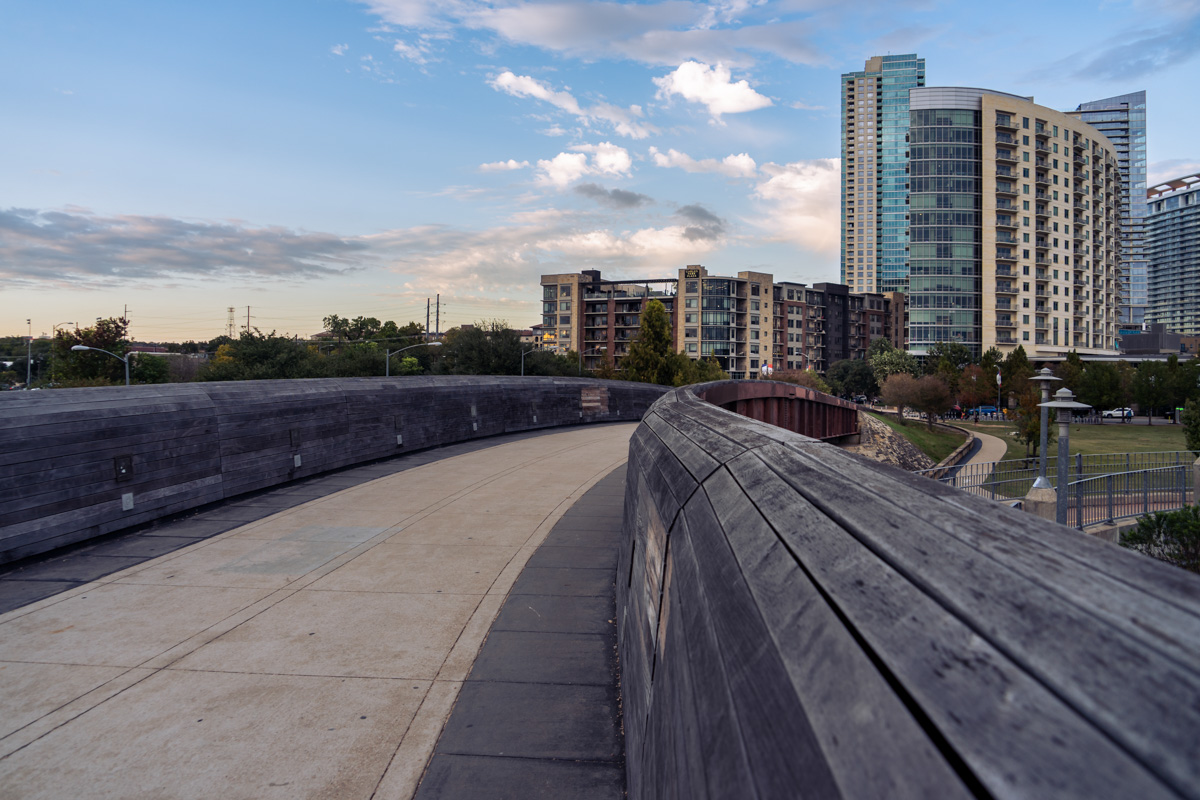 The official portion of the offsite was held on the 25th floor of one of the tallest skyscrapers in town, which afforded me an opportunity for a few elevated shots. 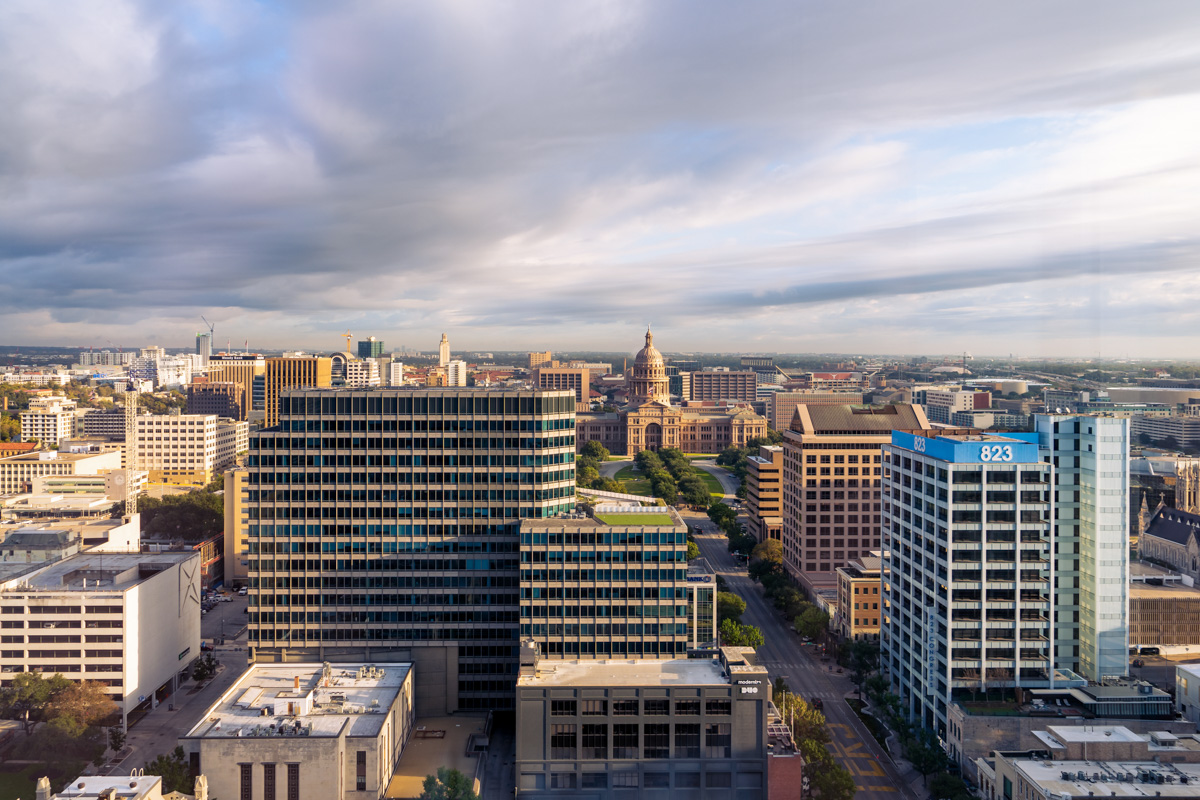 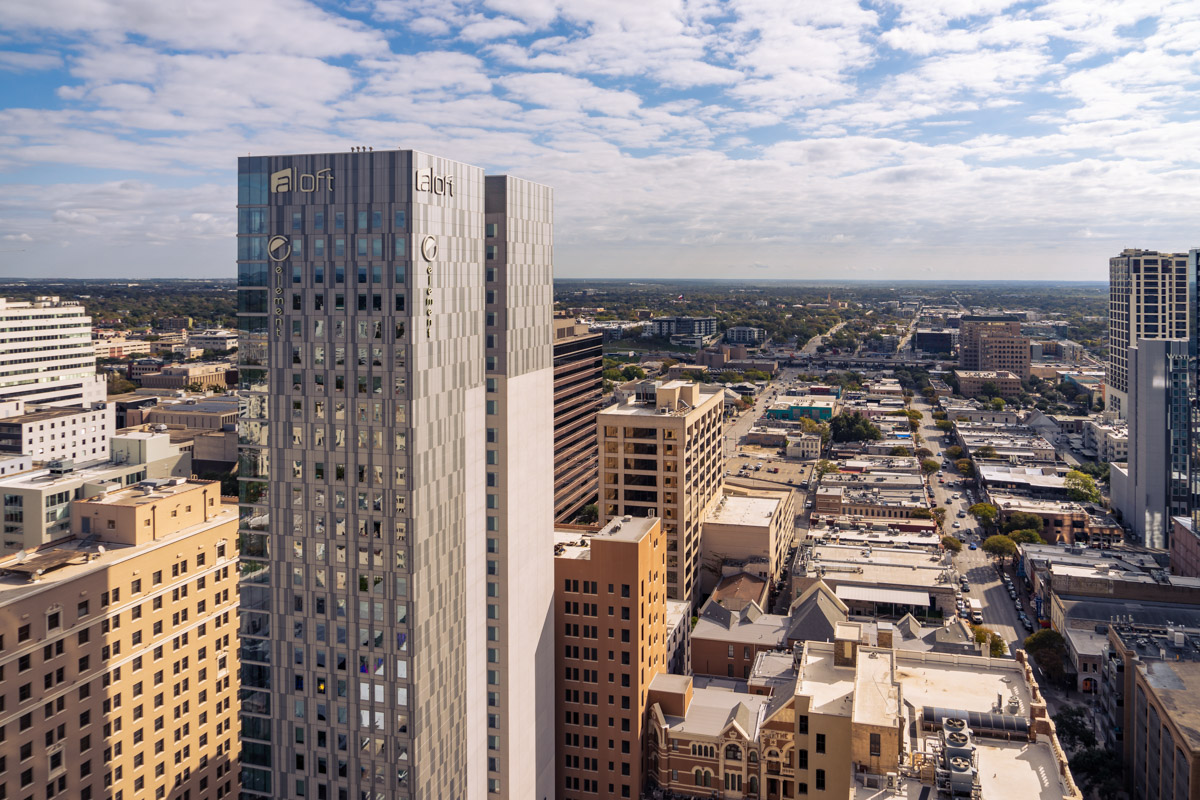 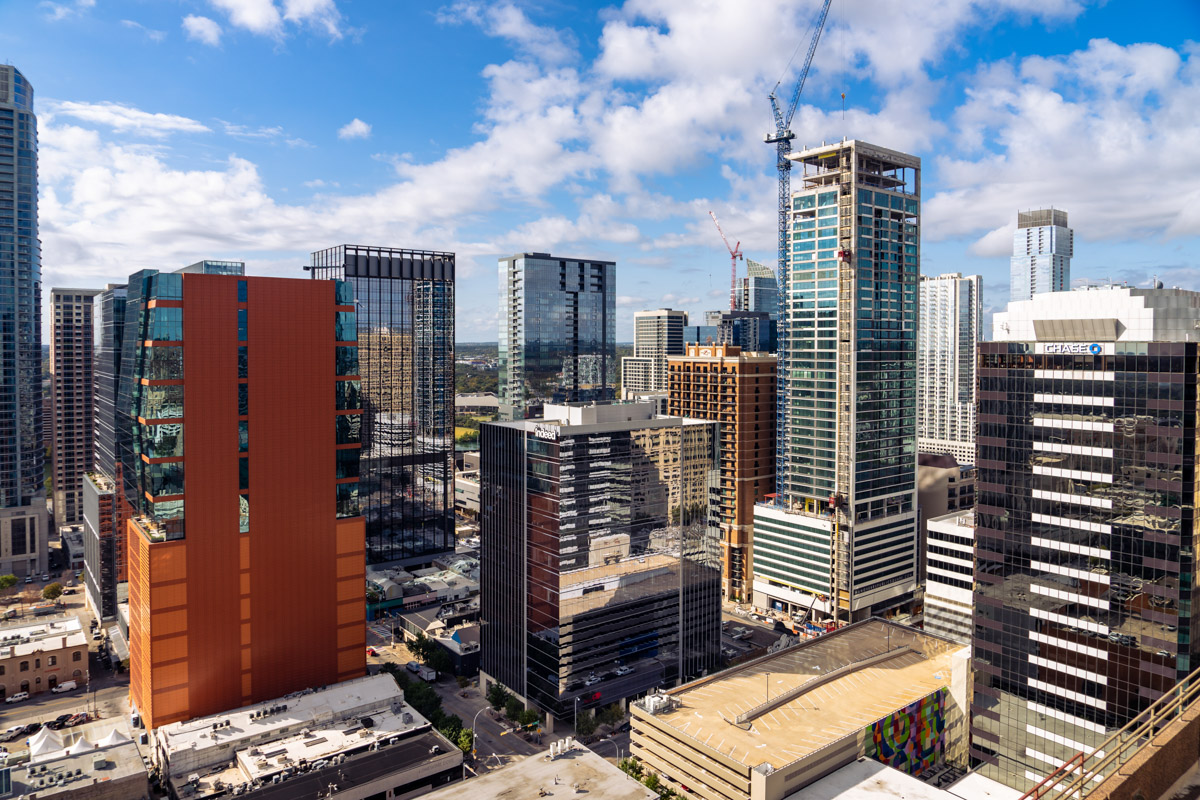 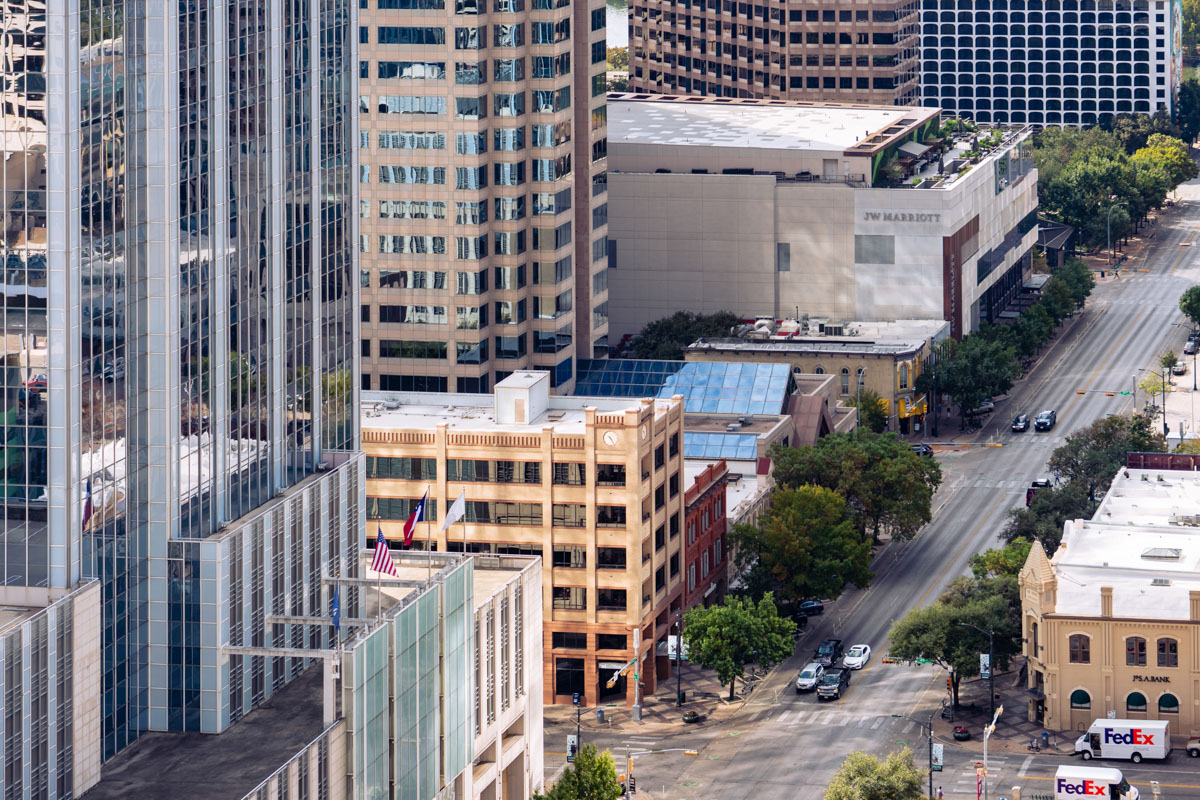 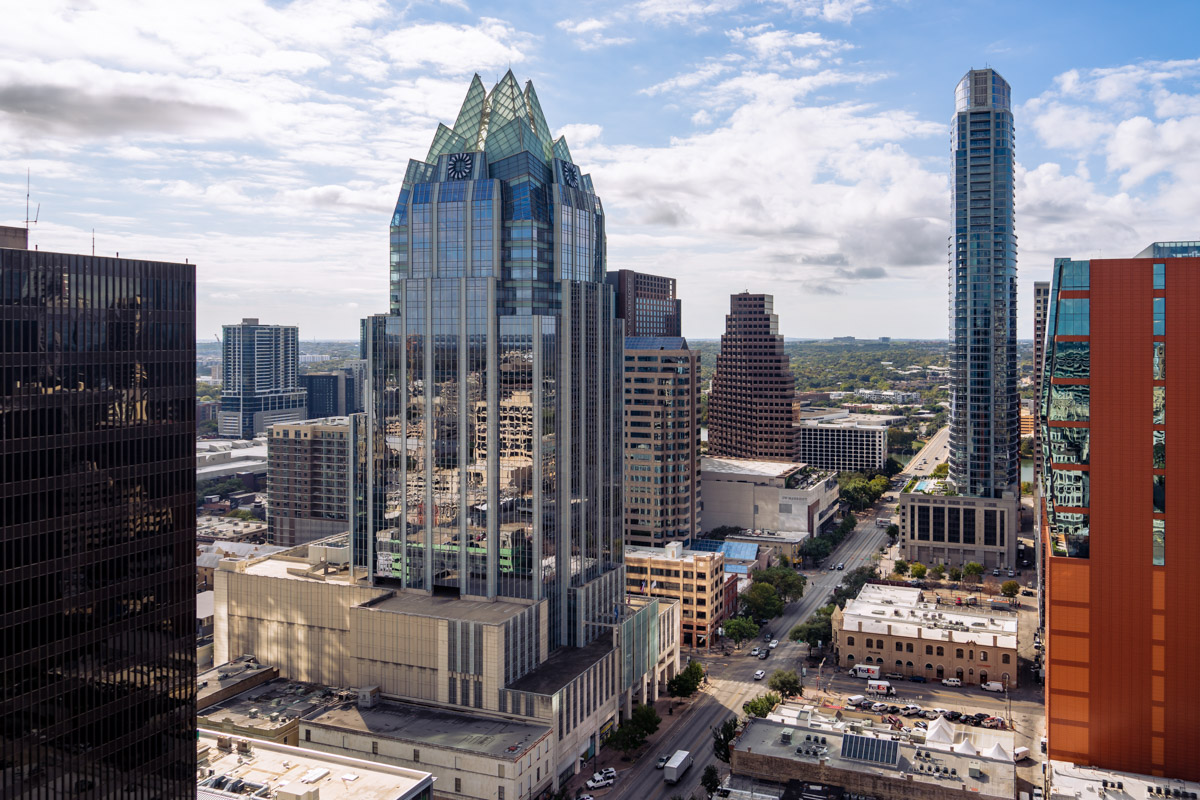 Austin is famous for its street art, but this is where the disadvantages of going around by e-scooter really came true – it is impossible to keep your eyes on the road, so to speak, and keep noticing finer details of the urban landscape at the same time. (Although to be completely honest, some of the most evocative and well-known art pieces lie outside of what I could cover even on wheels.) 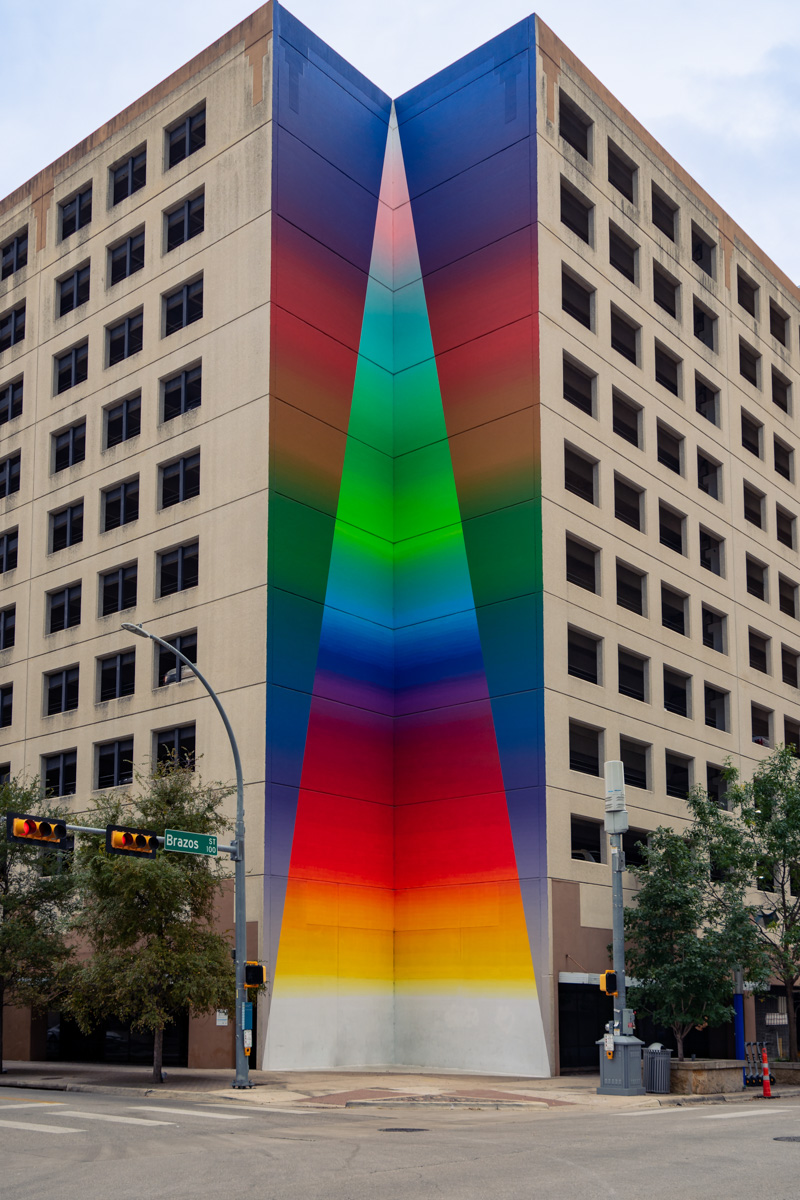 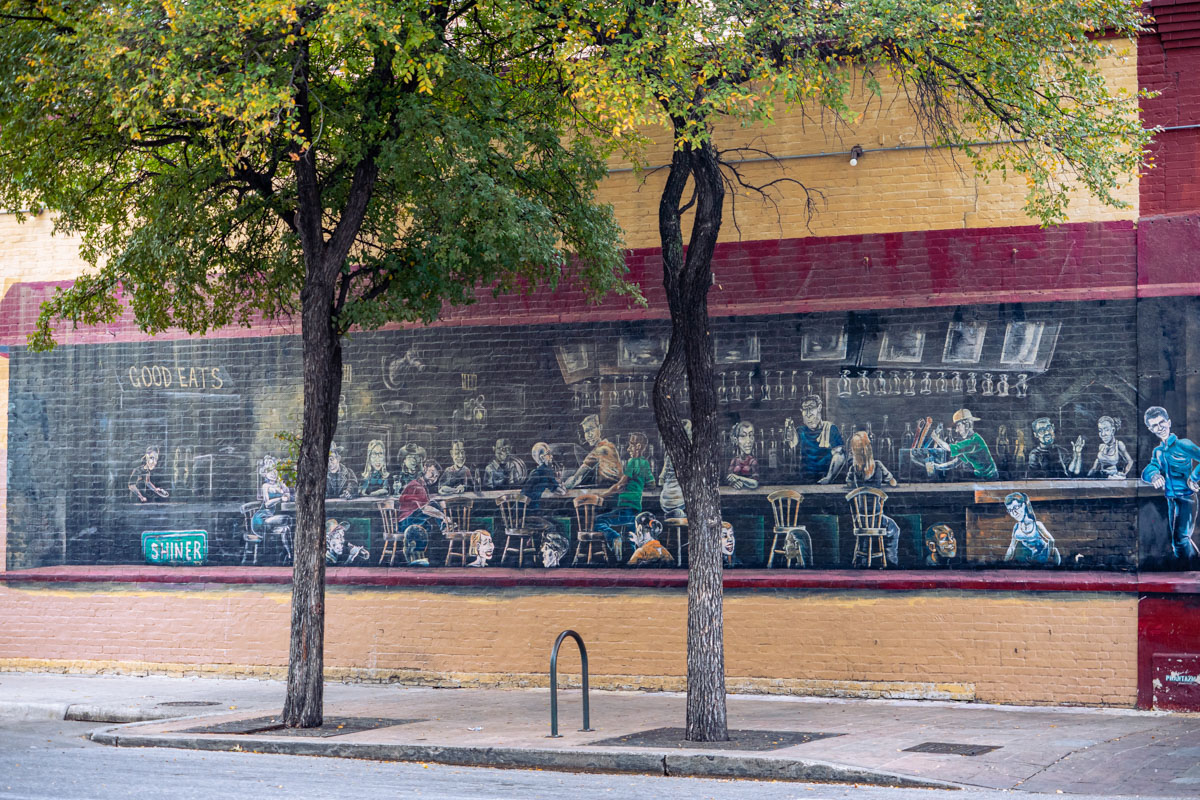 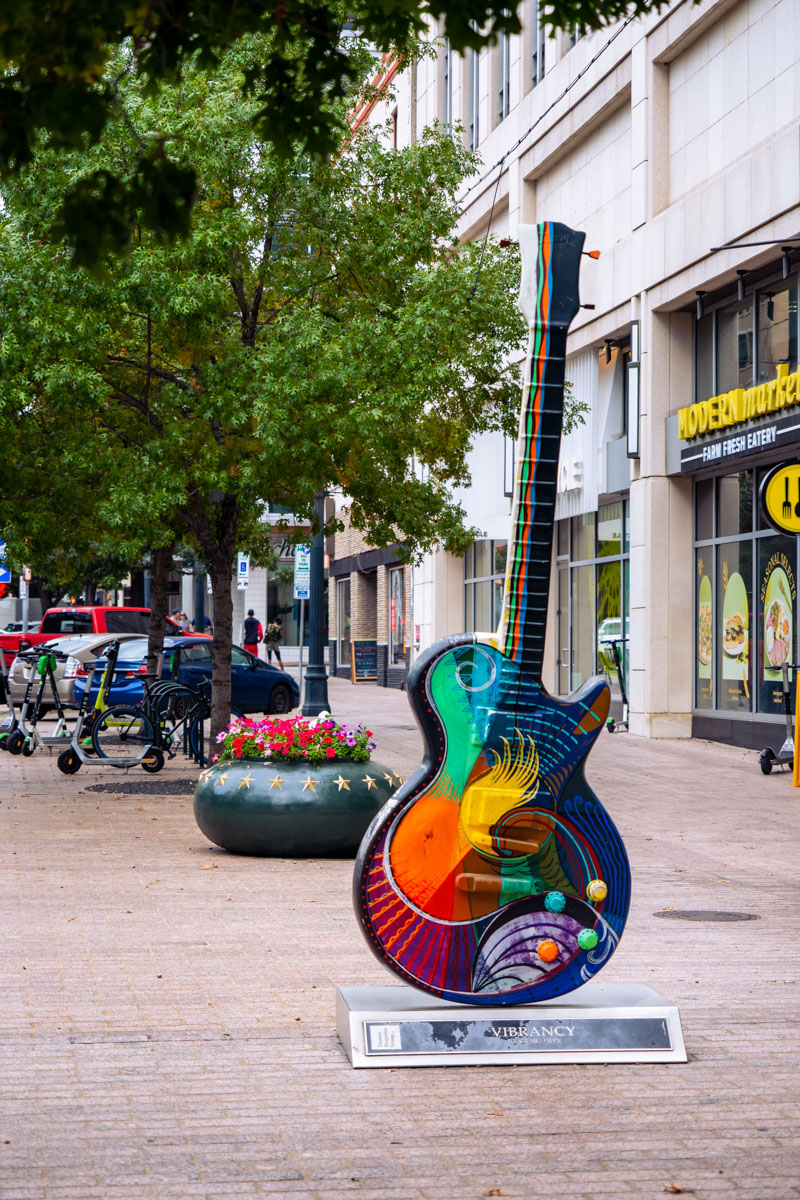 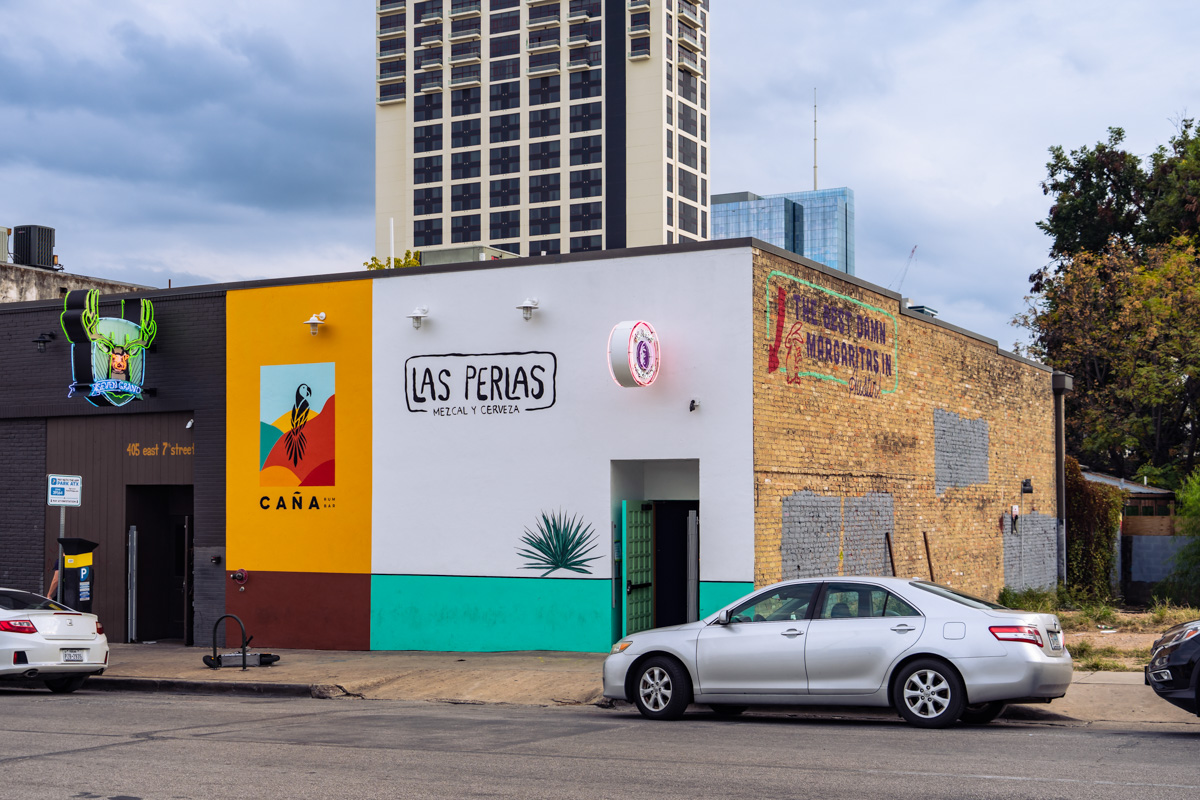 Statuary is harder to miss, so here are a few examples: Tejano Monument on the Capitol grounds… 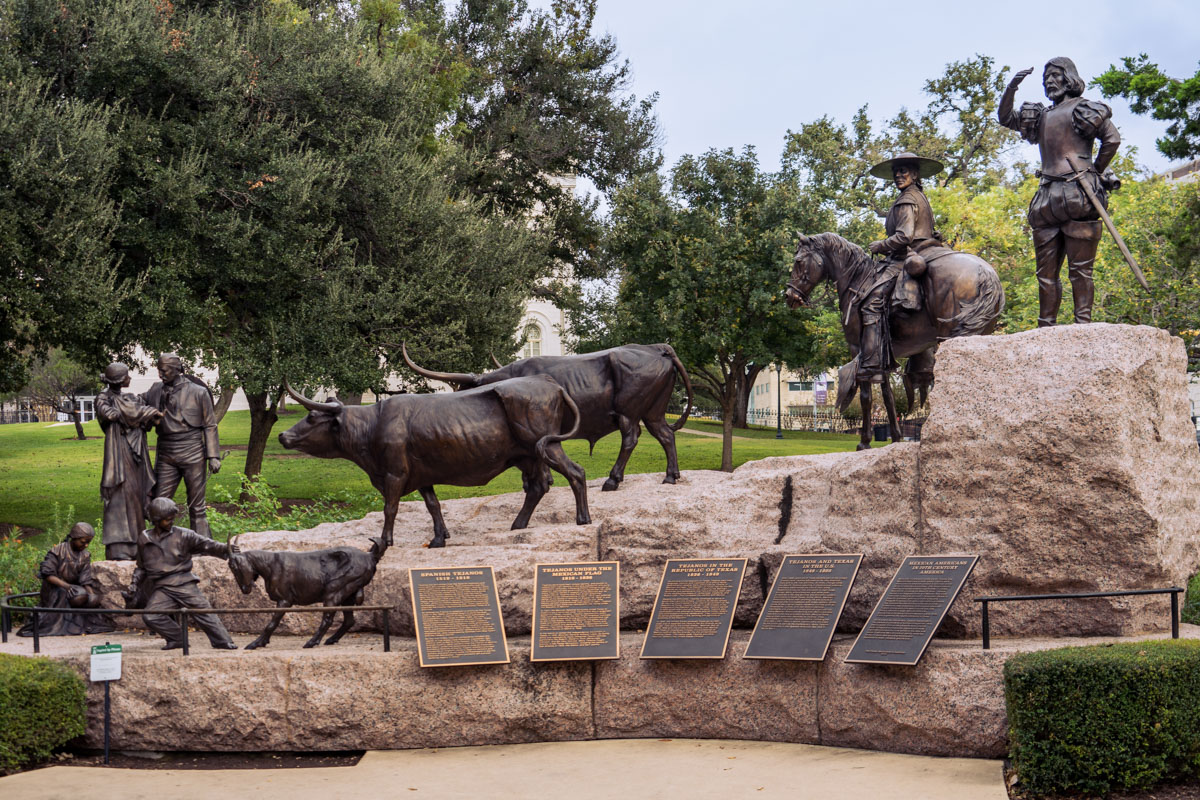 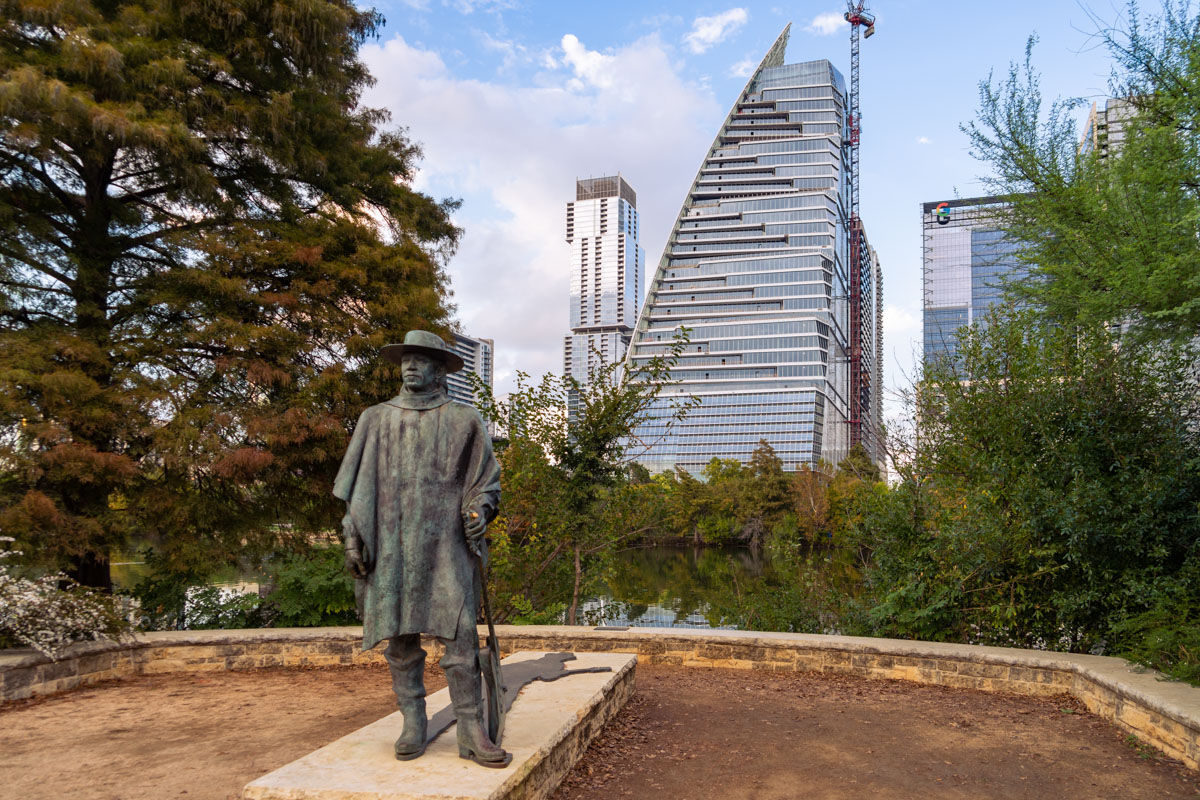 … or the Angelina Eberly statue, commemorating an Austinite who played a key role in the conflict known as the Texas Archive War. 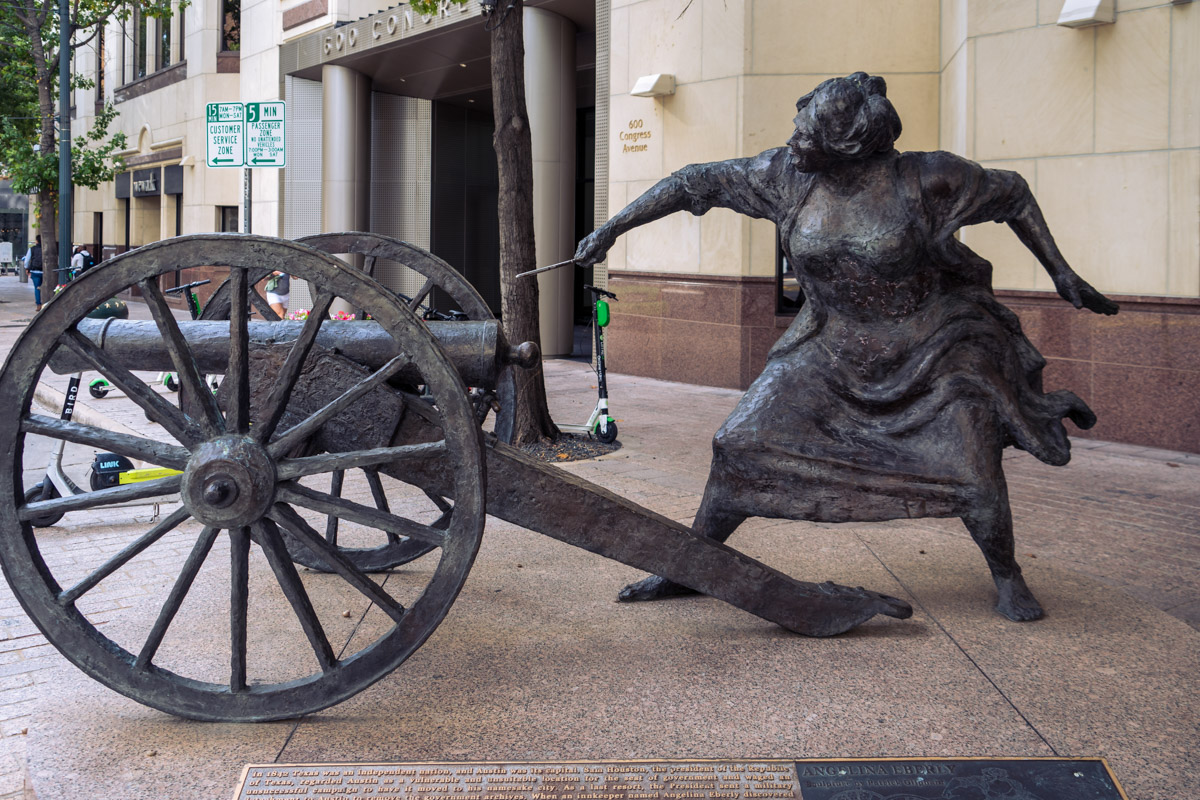 The offsite schedule included a walk in the woods as a team-bonding exercise. A couple of perspectives found at the Mary Moore Searight Metropolitan Park. 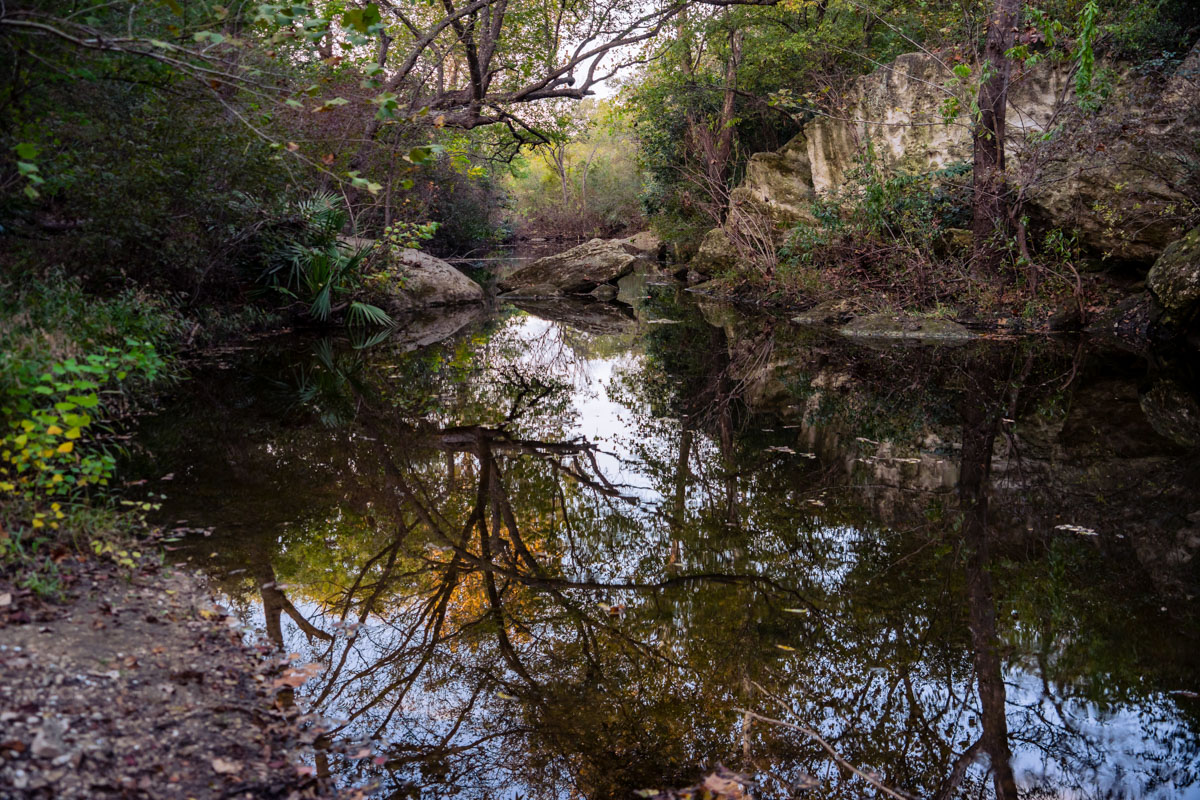 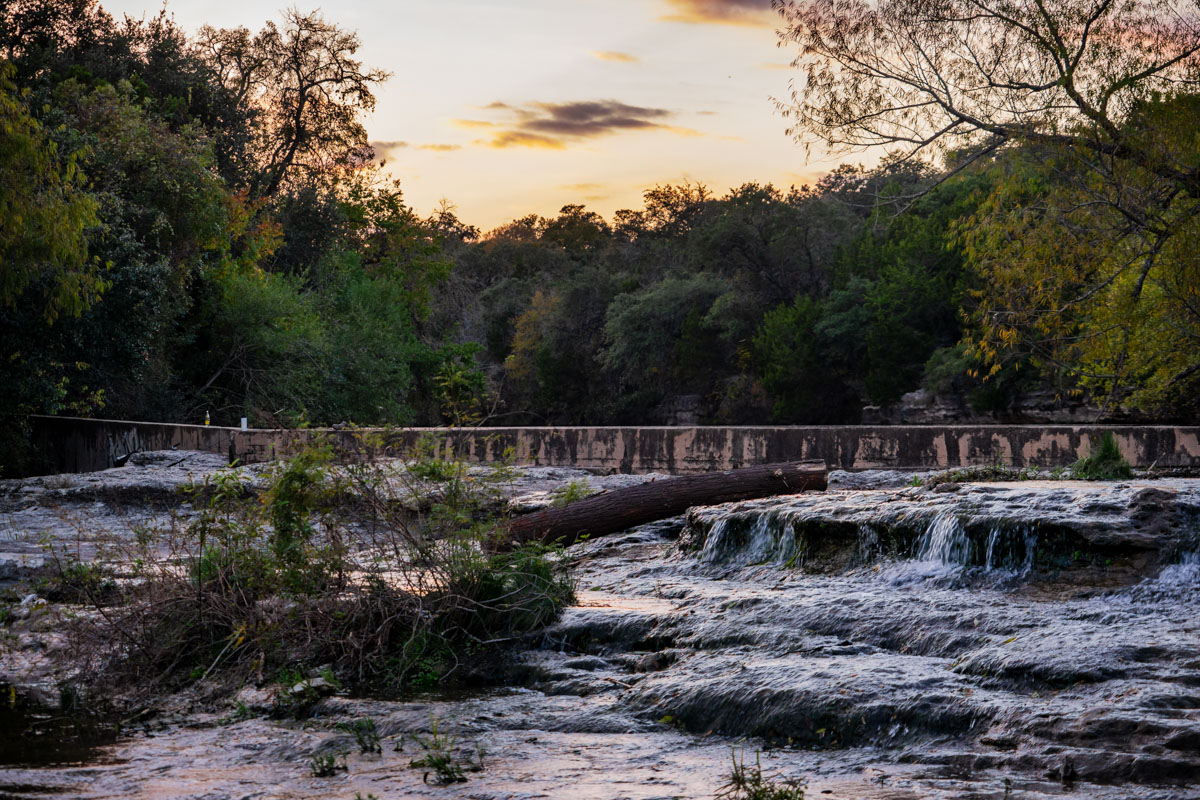 And finally, a nighttime shot along Congress Avenue towards the Capitol from the hotel rooftop bar. 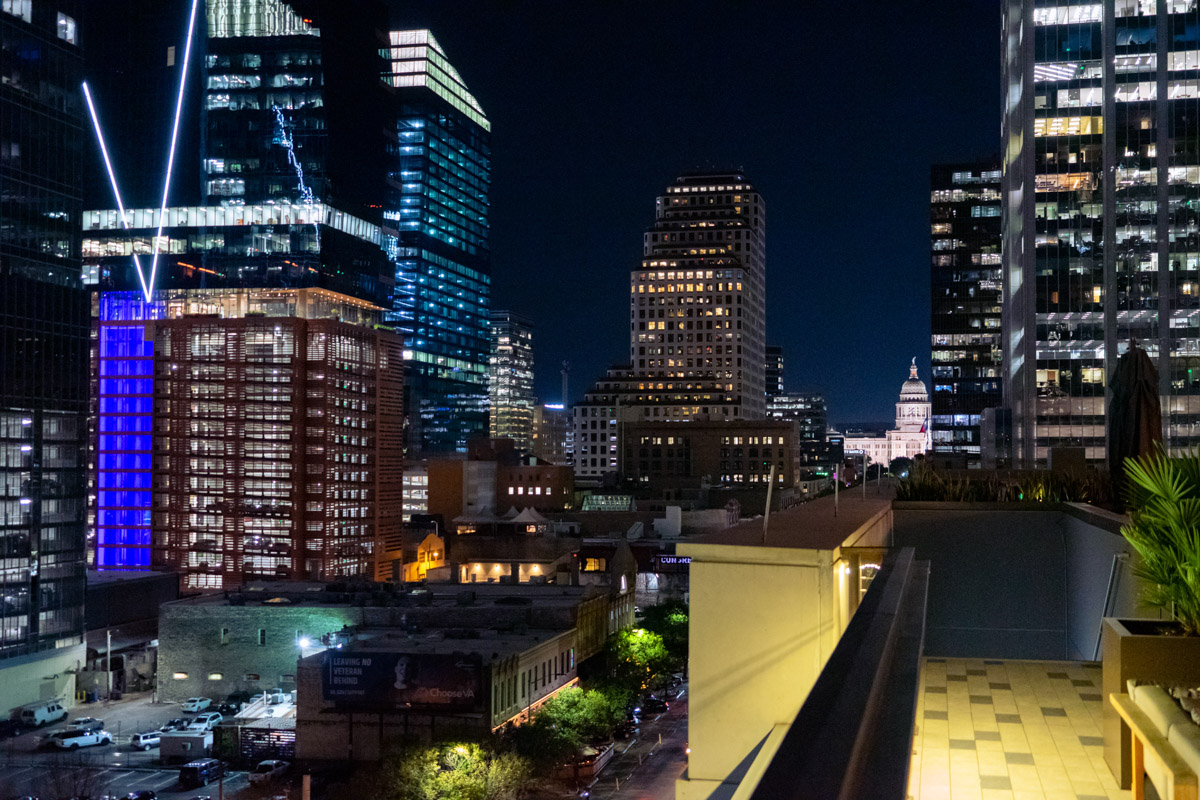 Barely scratched the surface, obviously. Still better than nothing, no doubt.