The archaeological area of Agrigento (also known as “Valley of the Temples”) is inscribed on the World Heritage list in large part for its Doric temples dominating the erstwhile Greek settlement dating from the 6th century BCE.

Temple of Concordia is the undeniable primary highlight of the site, and clearly among the best-preserved Greek temples anywhere. 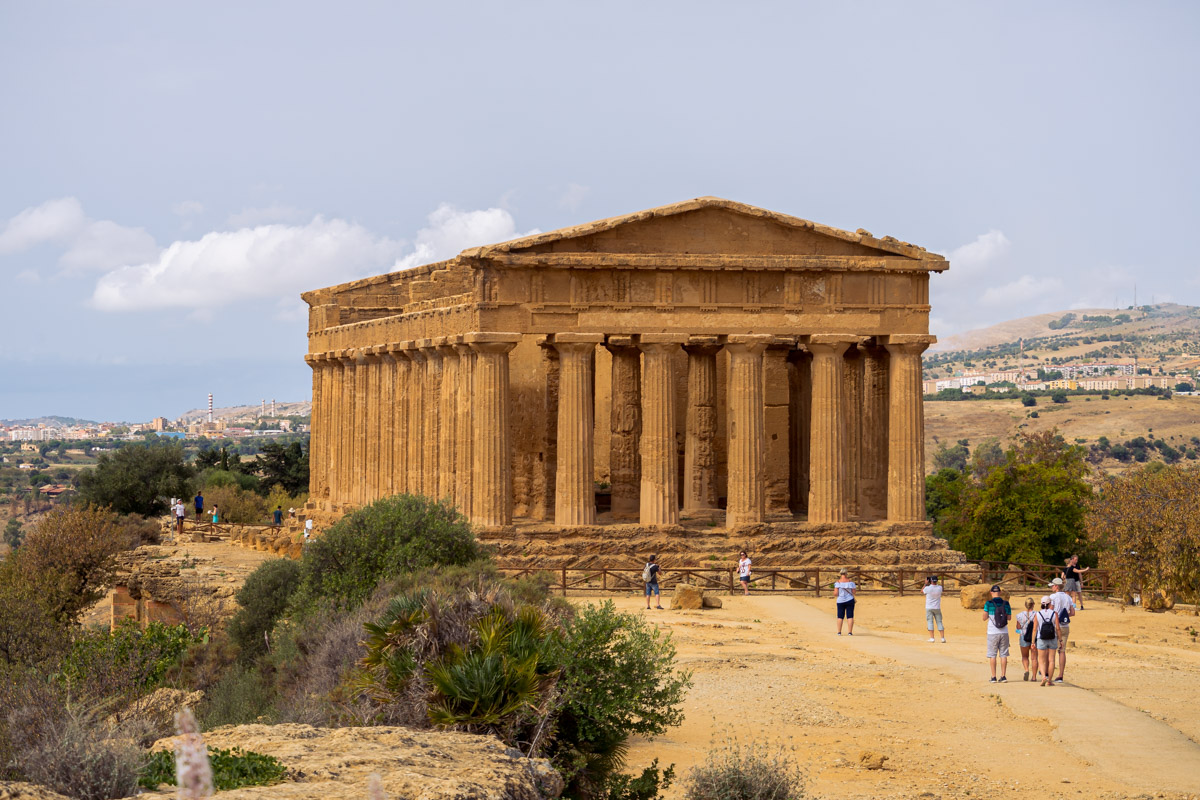 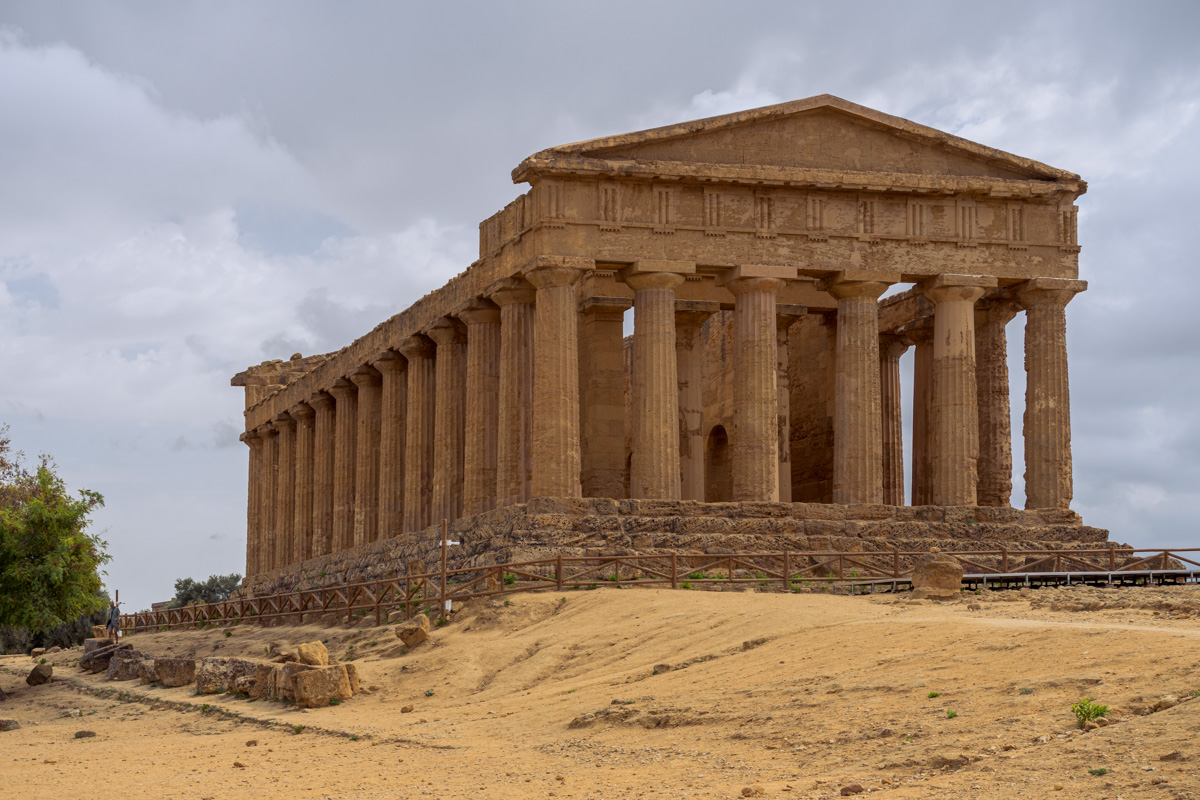 It is hard to walk away from this one without taking pictures at various angles with different focal lengths. These are just a few of over a dozen that I retained in my archive. 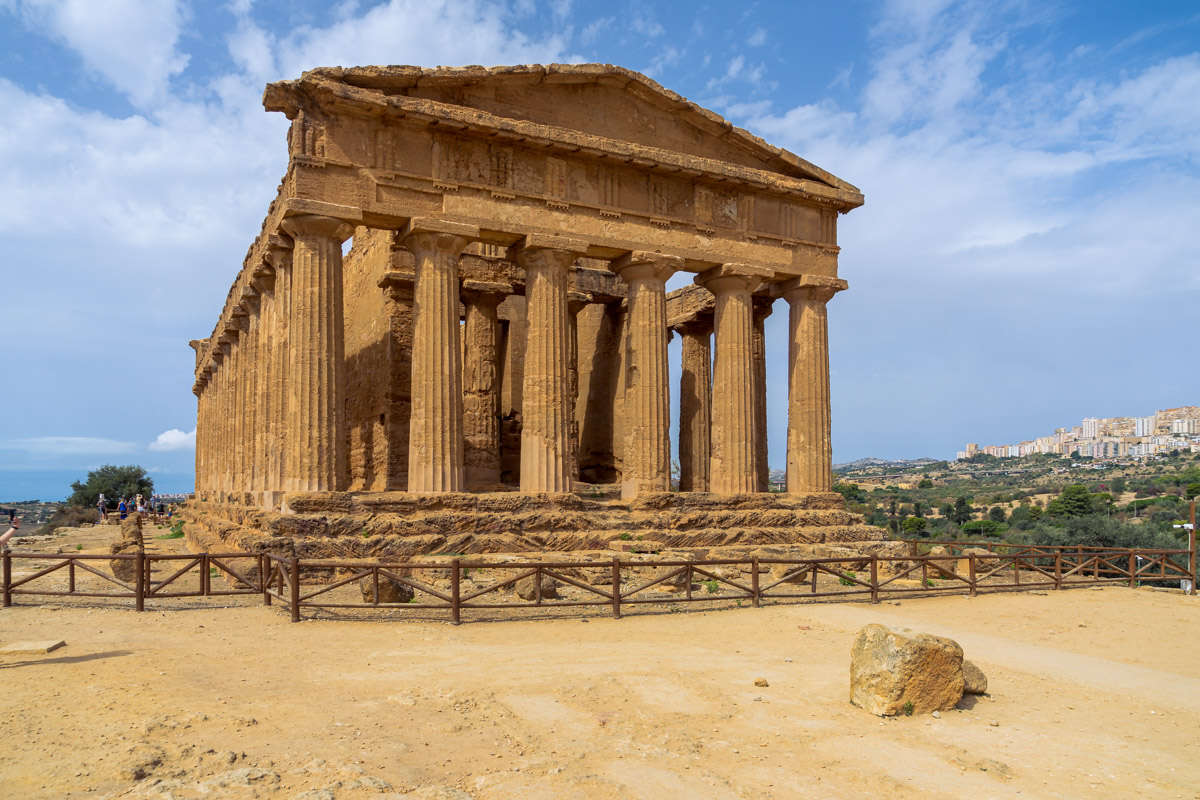 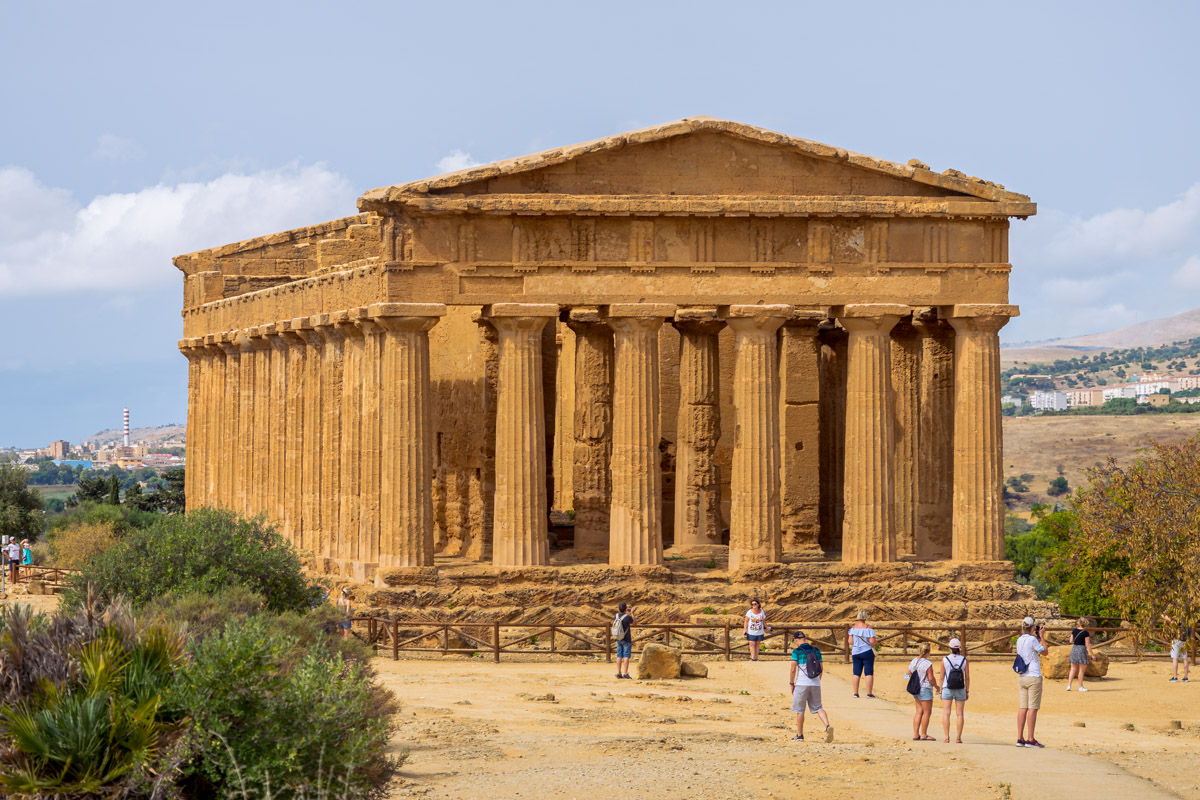 The next shot is still the same Temple of Concordia viewed from the elevated point by the Temple of Juno, about half a mile away in a direct line. 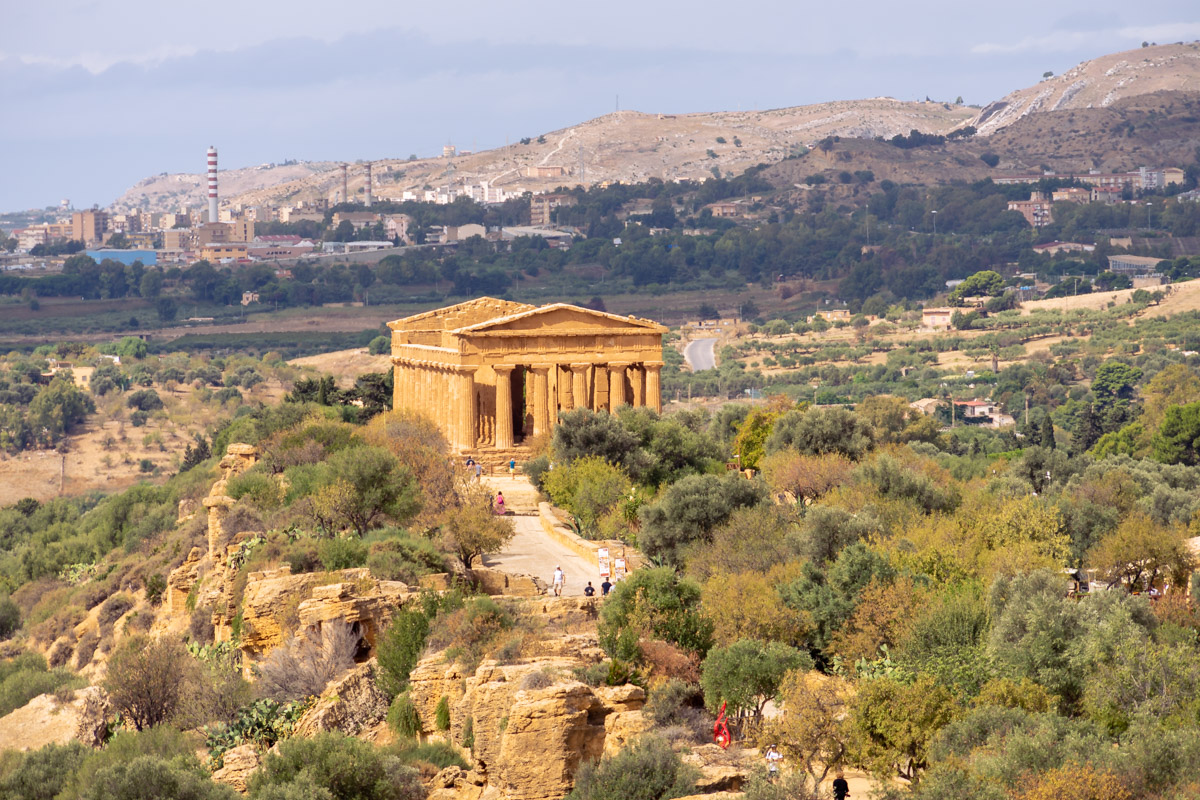 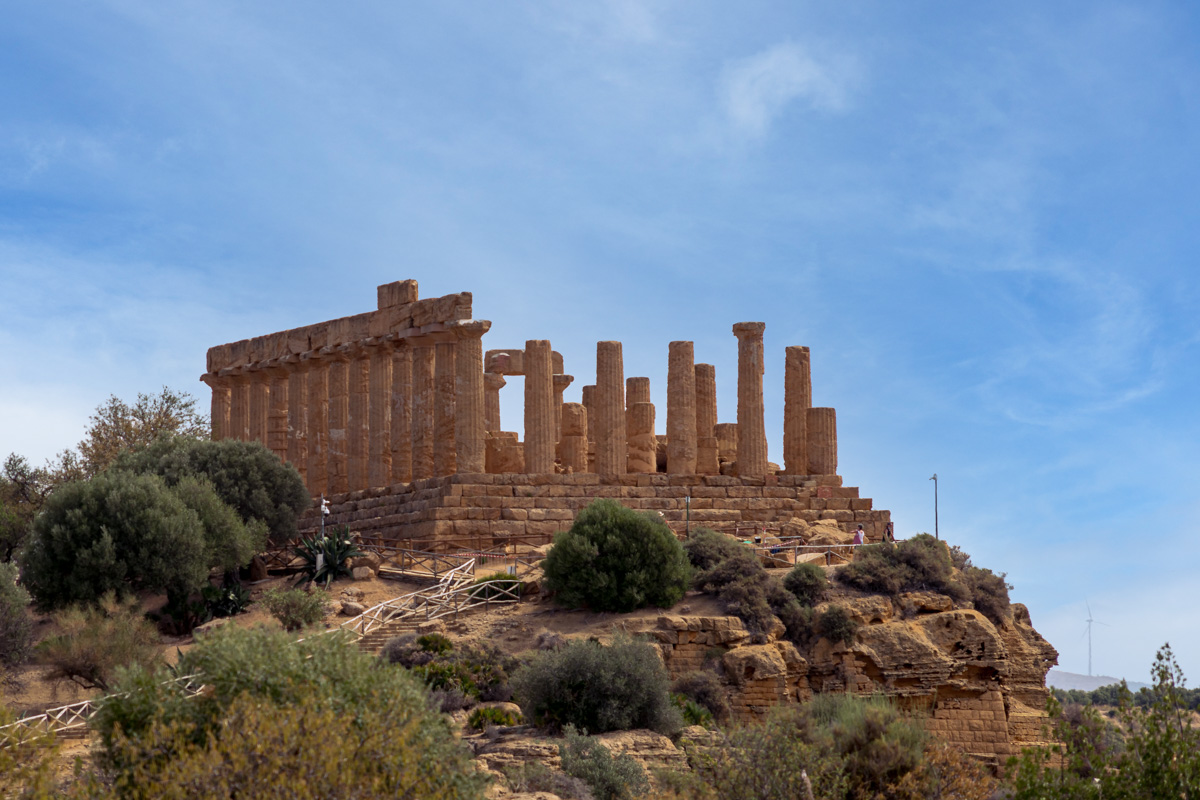 This is the second-best preserved temple, with quite a few columns still standing. 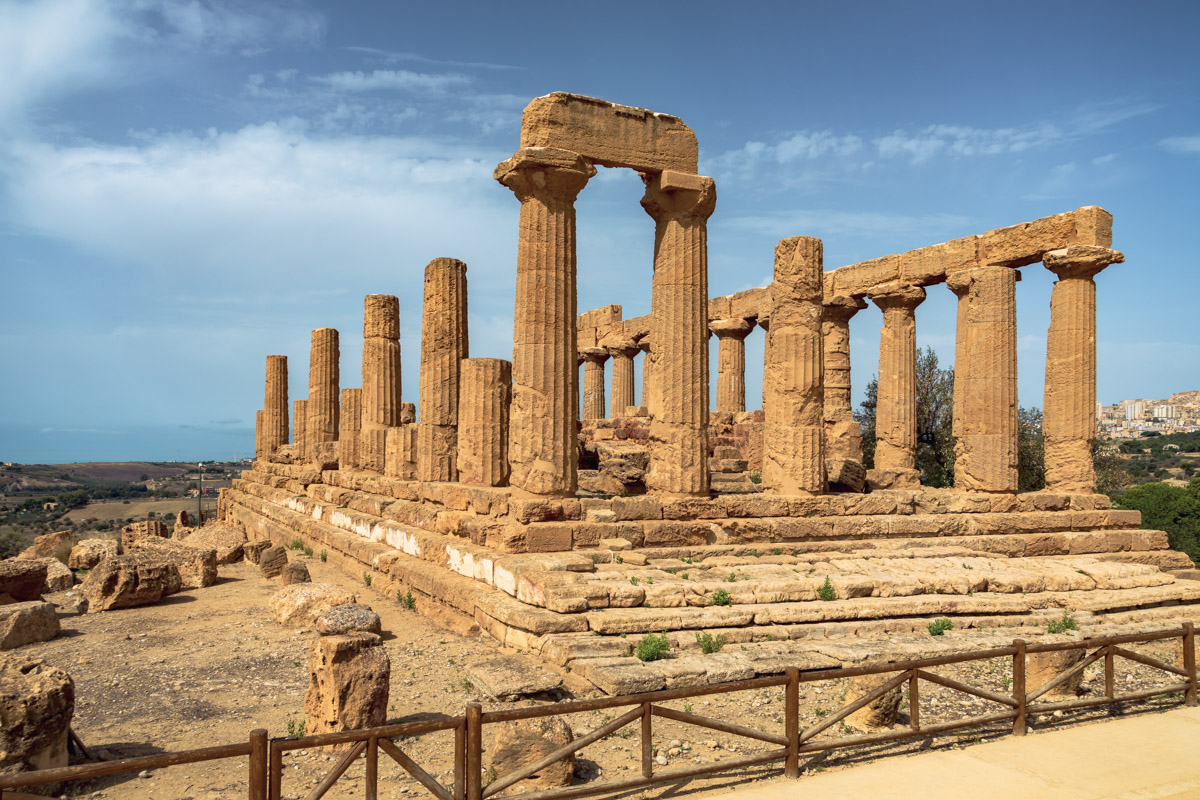 Nonetheless, here you are well into the usual archaeological realm of imagining what the place might have looked like in its heyday rather than actually seeing it. 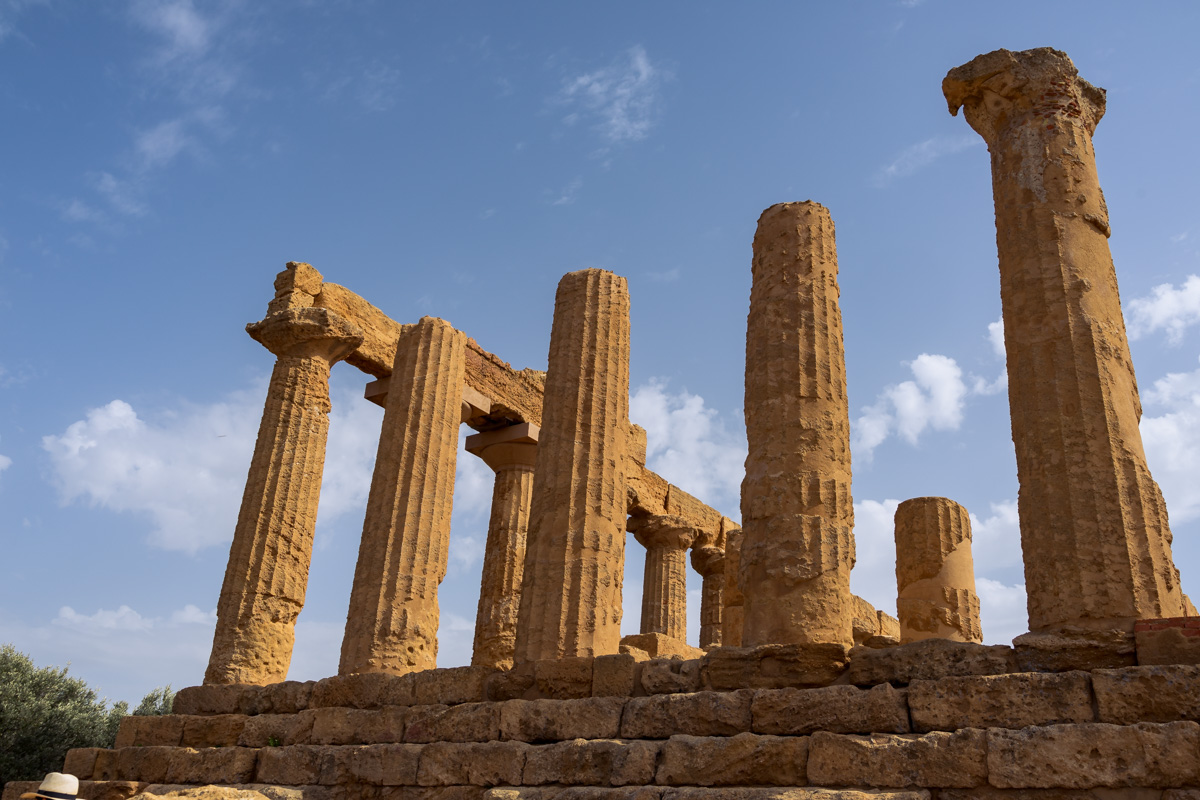 Another major temple on the site is that of Hercules, which is marked by a single file of columns. 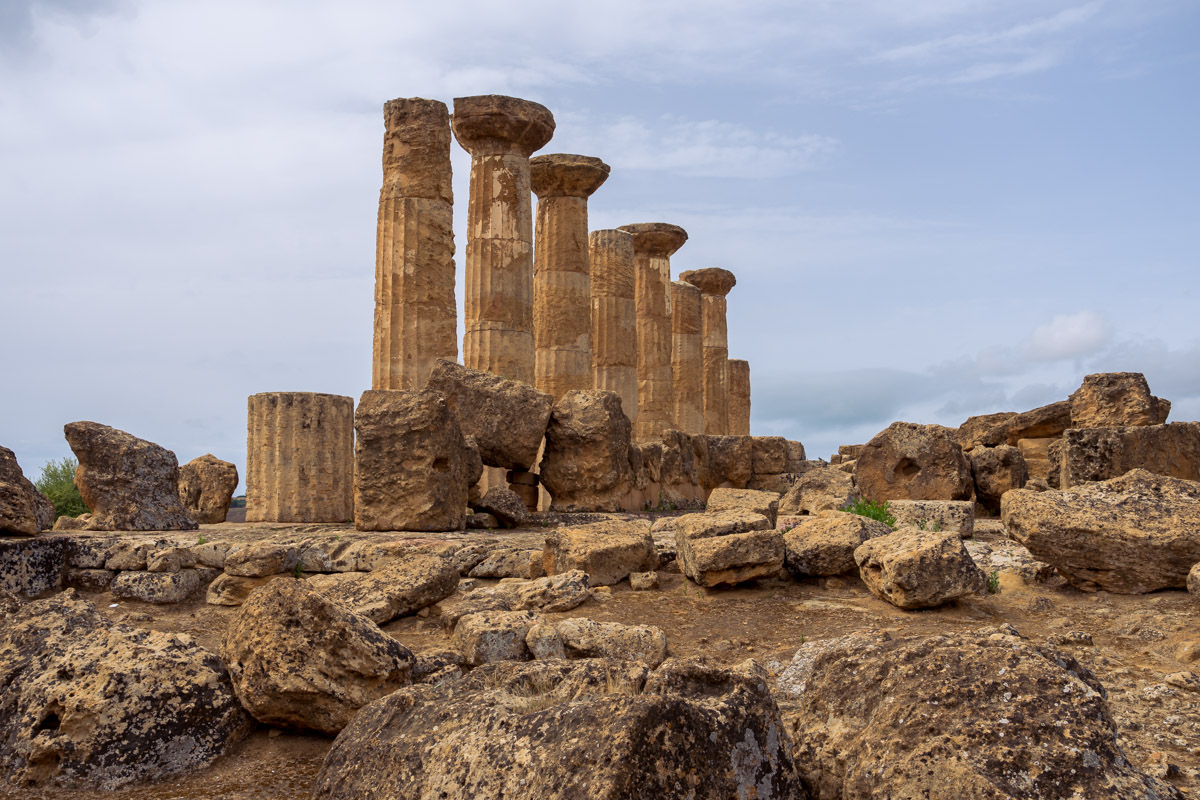 As an interesting footnote, the temple names are all not original, since no records exist of what they had been named in ancient times. Present-day designations are based on loose references from much more recent times. 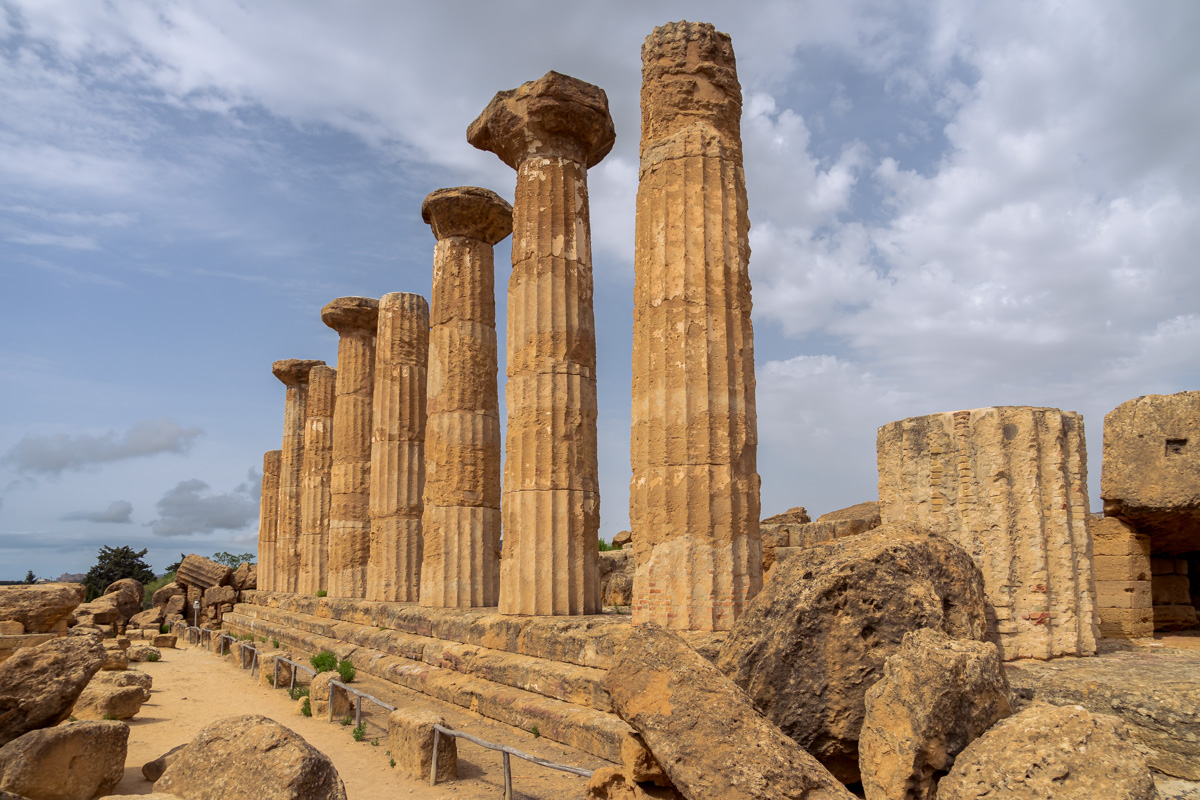 The site holds more temples – Zeus, Hefestos, Castor and Pollux – none of which remains as anything more than a single portal among the piles of stones. There is also a villa with gardens and assorted burial sites throughout the archaeological area, of limited interest to a non-archaeologist but not without occasional visual quality. 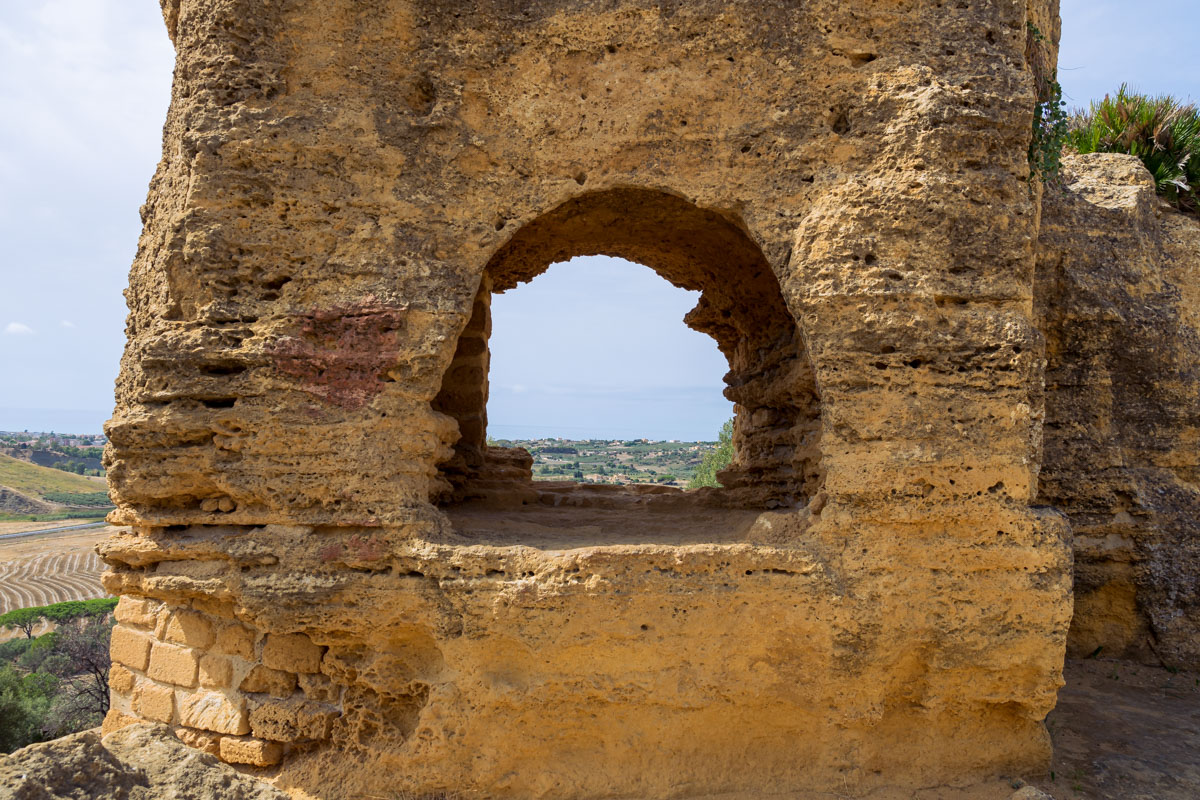 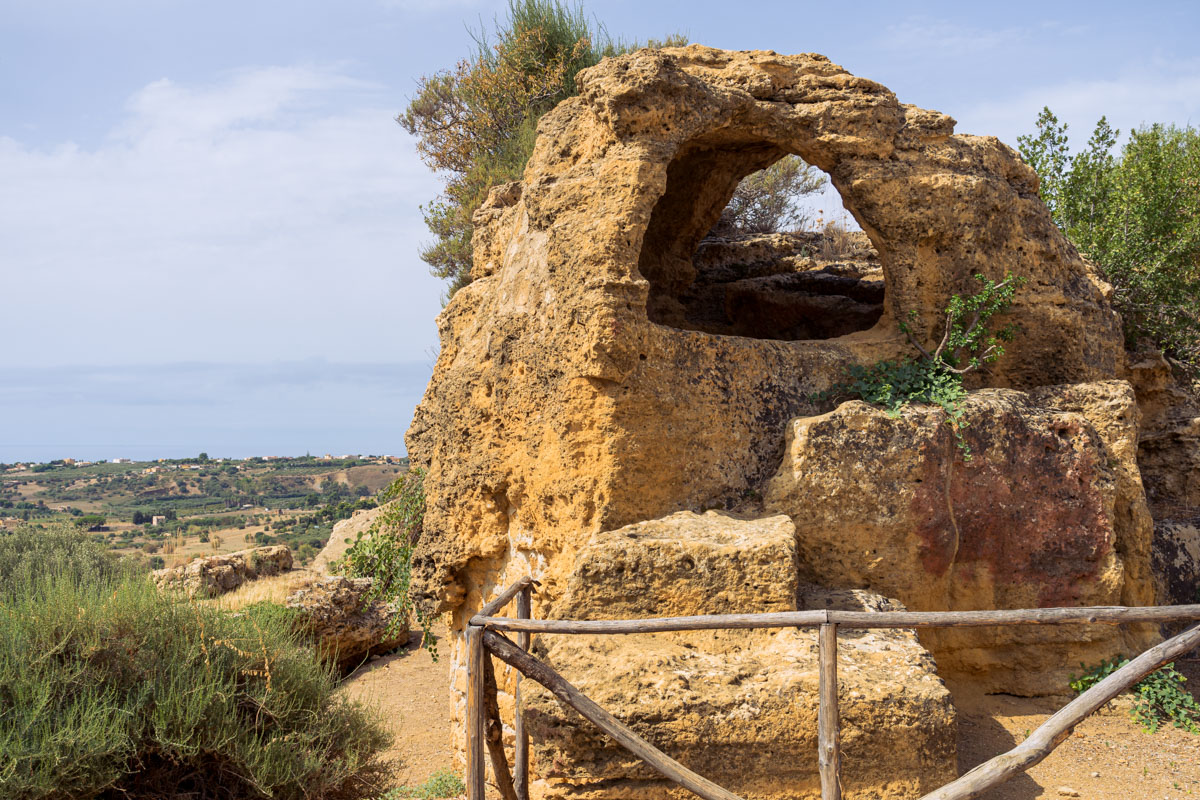 The large portion of the Valley of the Temples happens to be, in fact, a hilltop with views over the surrounding area all the way to the coast. On a balmy day like this, the sea blends with the sky in the distance. 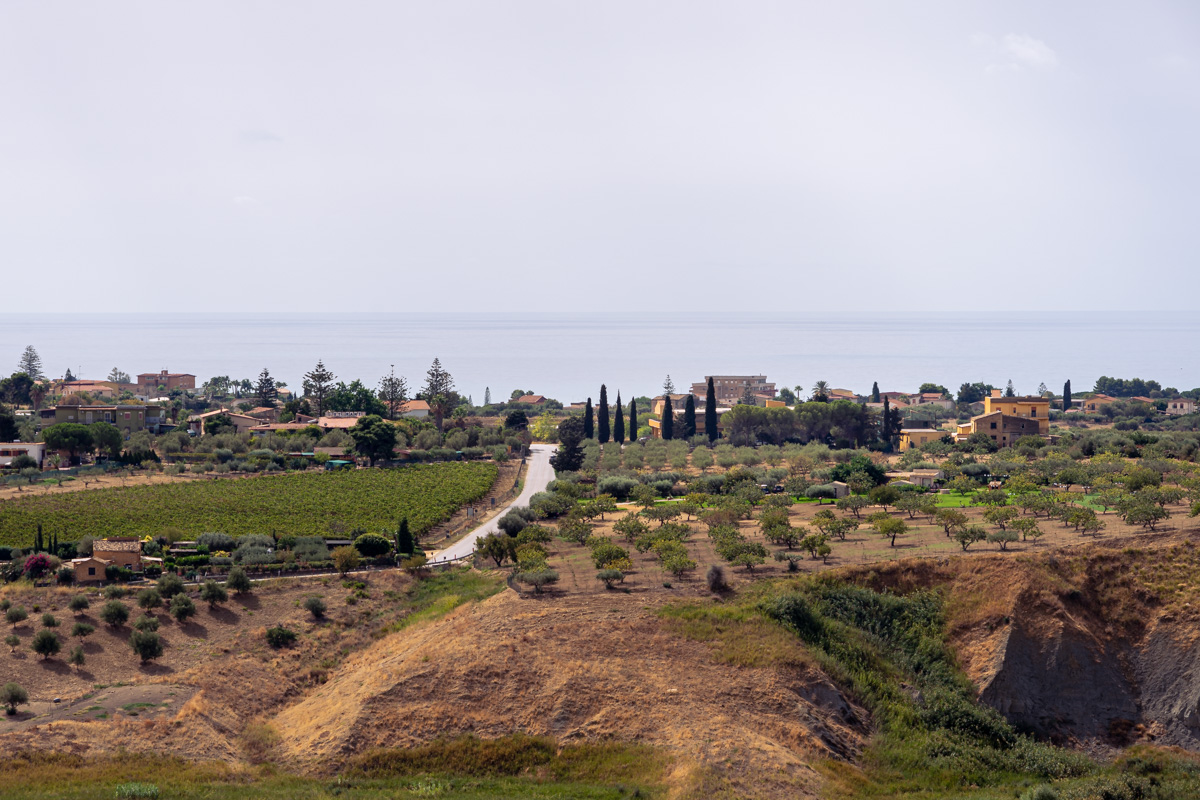 Throughout the site, modern sculptures are placed in juxtaposition with ancient structures. 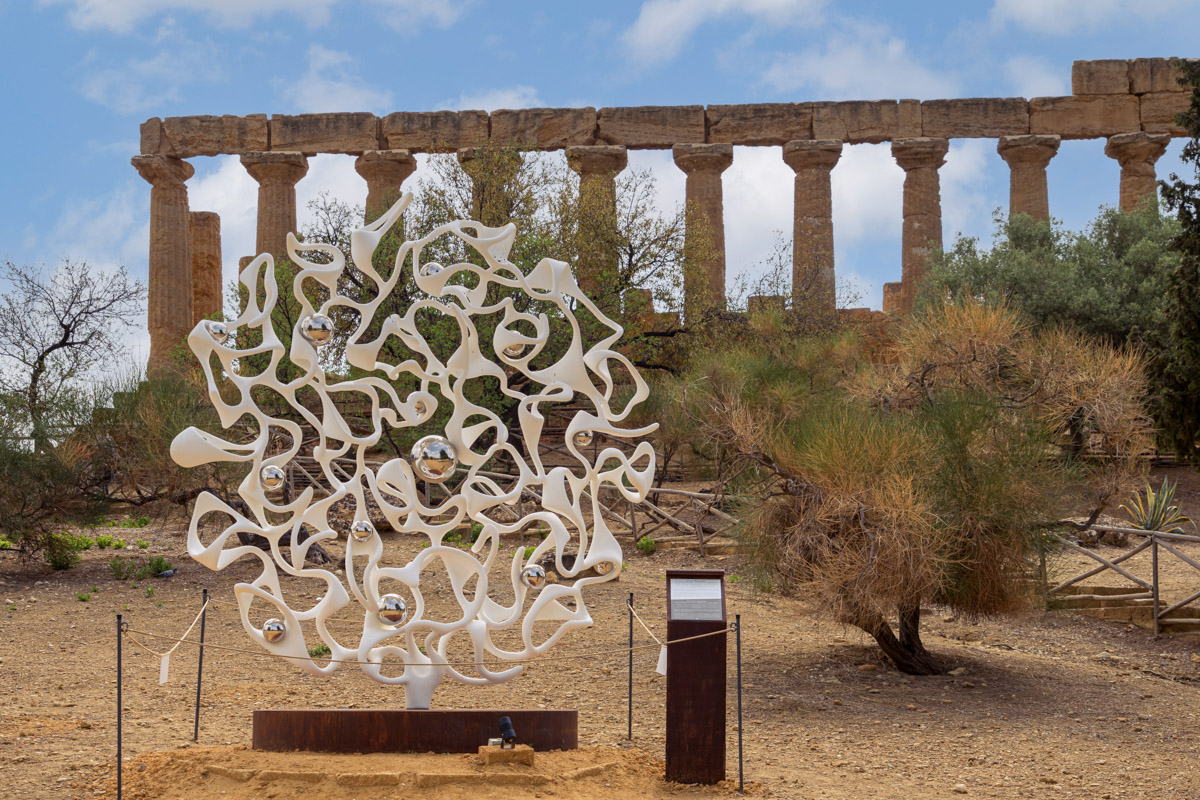 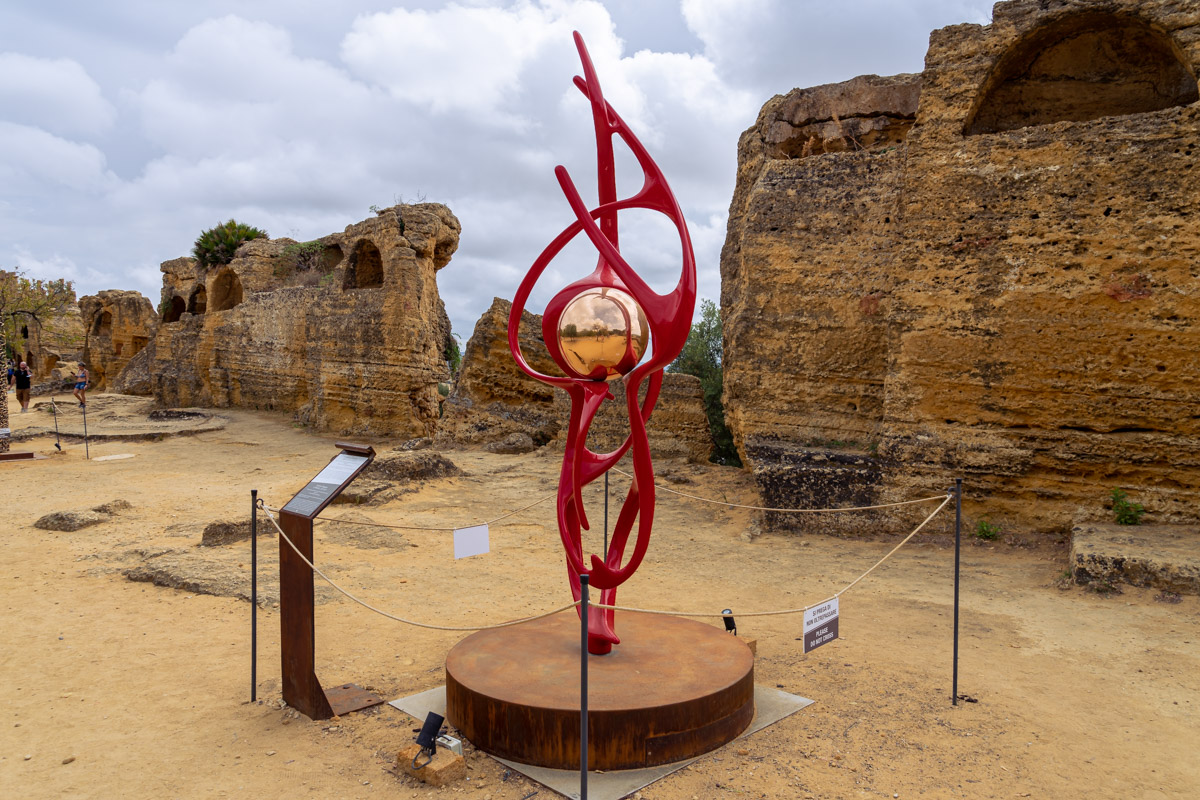 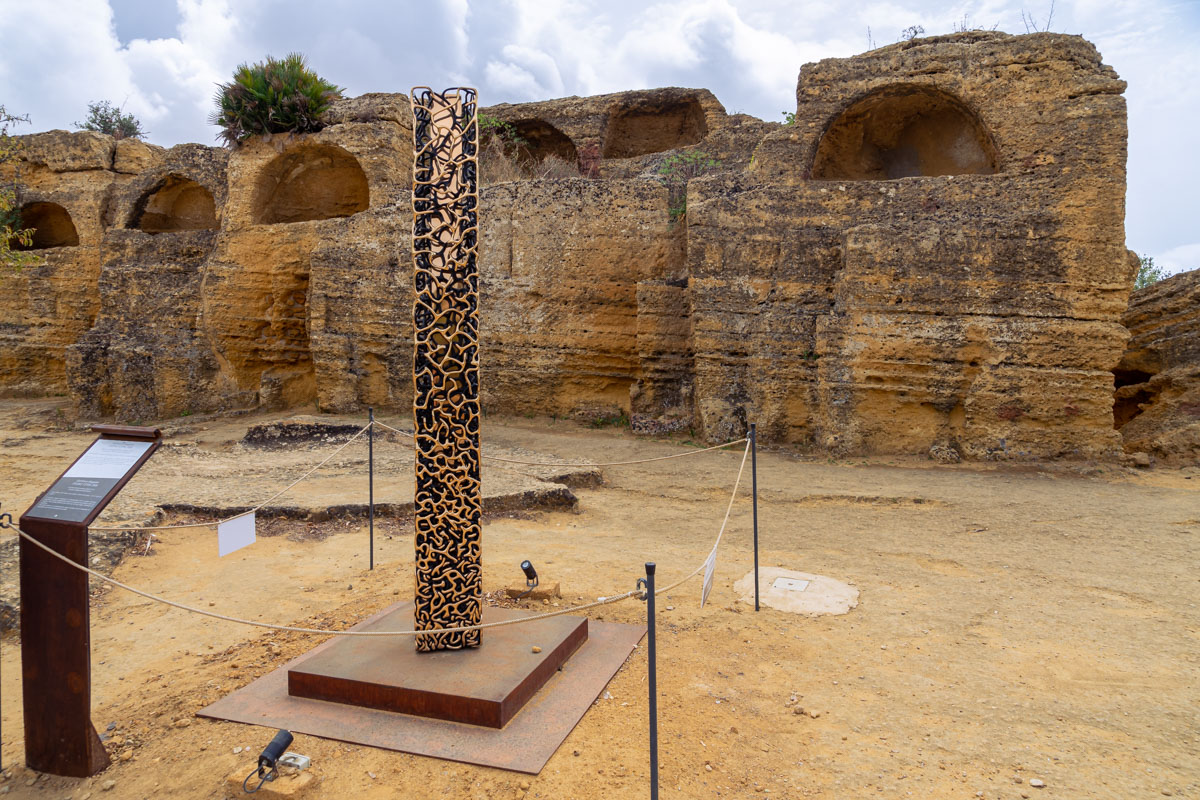 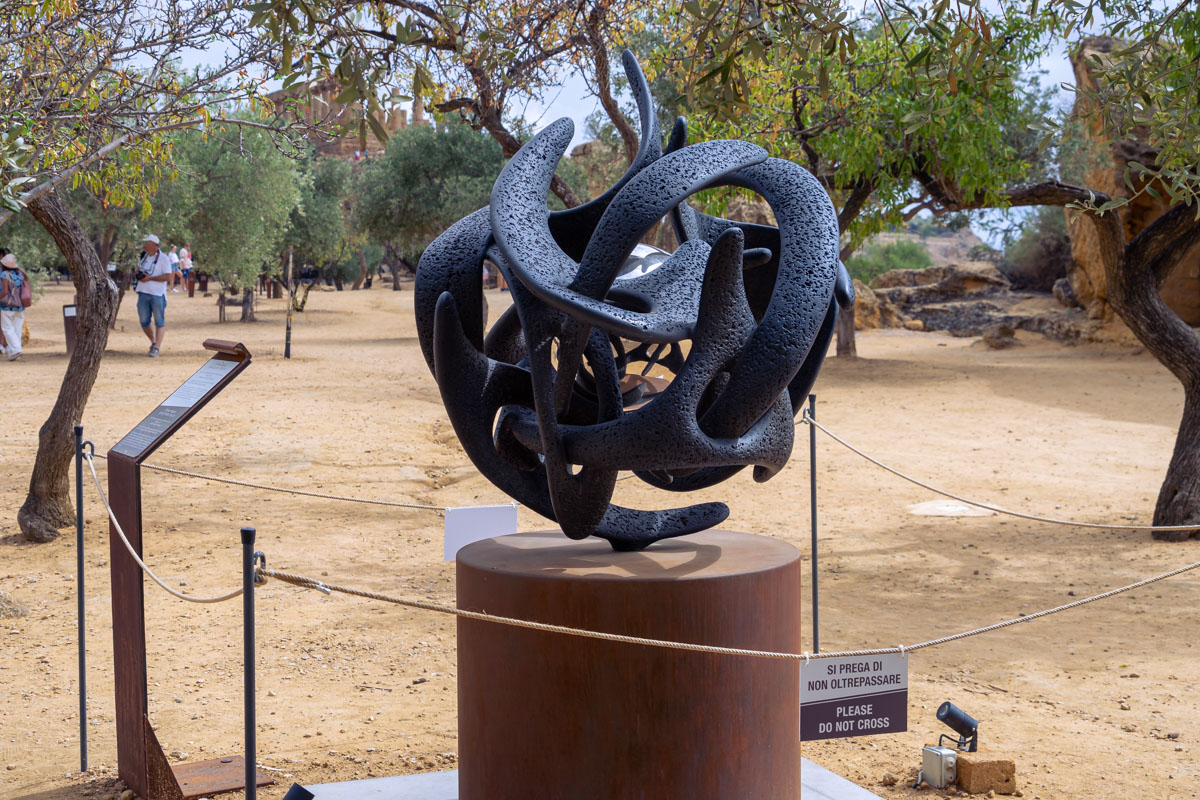 The fallen angel in the next picture is made to appear to belong in antiquity, but it is actually a very recent addition to the scene, a work of a contemporary European sculptor Igor Mitoraj whose work we will encounter in a few other places around Sicilian World Heritage sites. 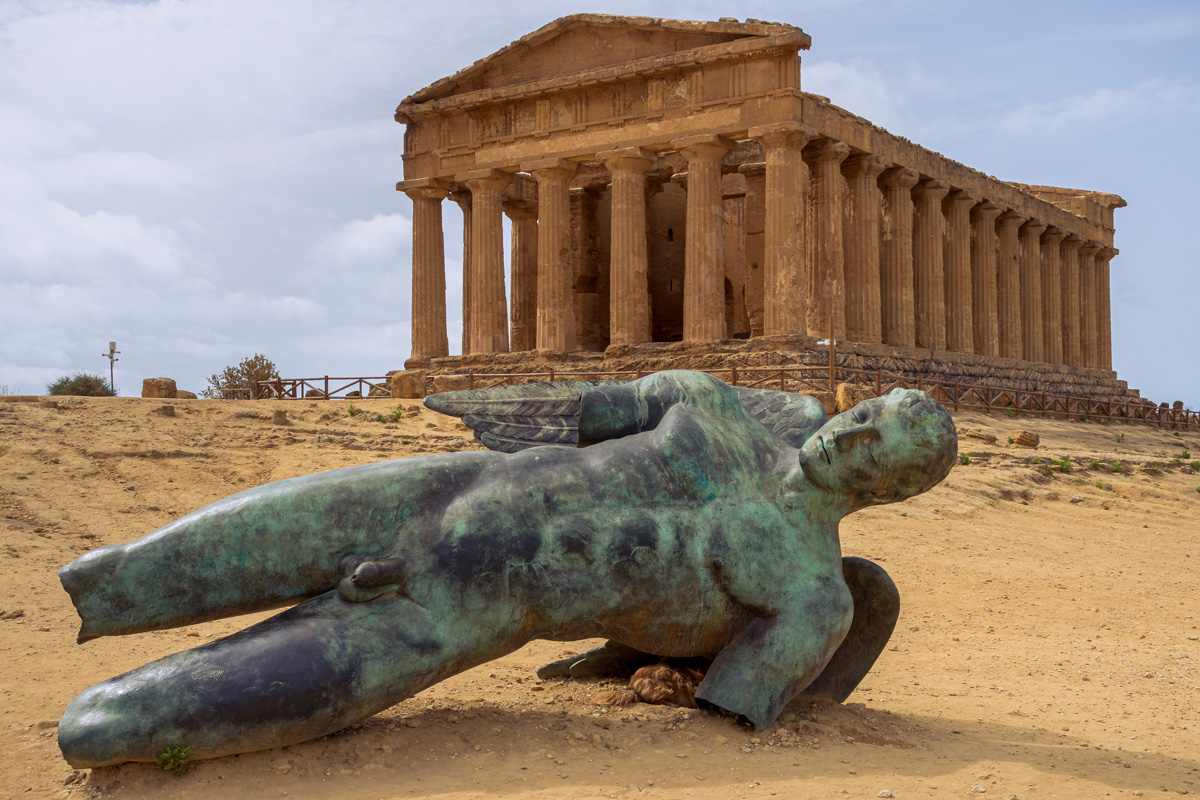 Valley of the Temples is pretty large, with quite a bit of walking required between the main points of interest. We covered about two-thirds of it on our visit, the distance of about a mile between the Temple of Juno and the Temple of Zeus. The main parking lots happen to be in the vicinity of those two main points, which means that most visitors will cover this segment there and back. Entirely on foot and without rushing, it can be done in about two hours. There is a shuttle running between the temples of Hercules and Juno that at €3 one-way may be a good option for those looking to reduce their walking exertions.