At the end of last month, I took a week off work, for reasons none other than I would lose a perfectly useable vacation week if I haven’t done so. It was my first staycation in recorded memory, a type of holiday that has never held a lot of appeal to me. In order to make it slightly more palatable, I planned for a couple of days in the City. After all, there are so many attractions throughout the island of Manhattan, that you can always find something that you haven’t seen in ages, if ever.

One of those days was split between a visit to the Metropolitan Museum of Art – which I literally have not been to in over a decade – and a stroll around Central Park. Having been to the latter many times in my years of living in the New York Metro area, I’ve never made it a dedicated target for exploration, so there was a measure of first-time discovery in my walk. A snowless winter afternoon does not lend itself to more than middling photographic results – everything comes out sort of brownish monochrome and bare branches are rarely exceptionally appealing visually. Nonetheless, here is a small selection of shots.

Perspectives from inside the park towards the buildings at its edges across the water tend to be the most impressive, even in these conditions. 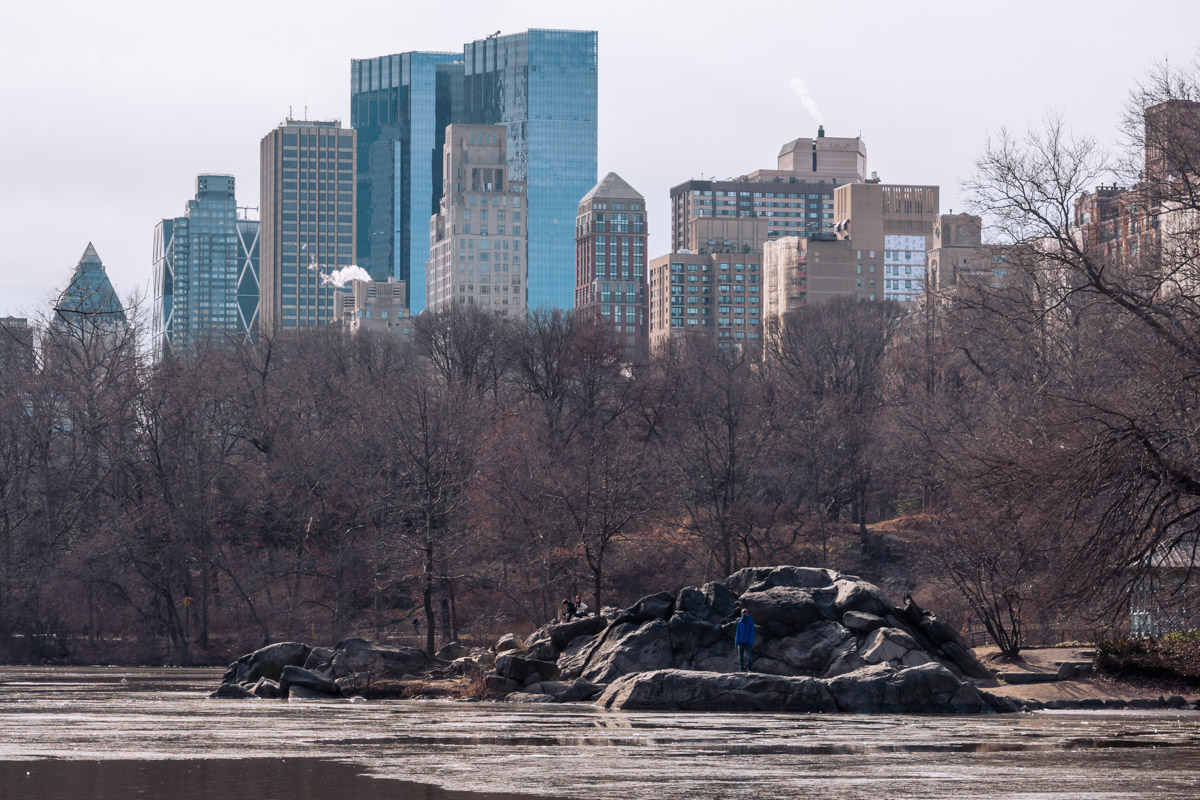 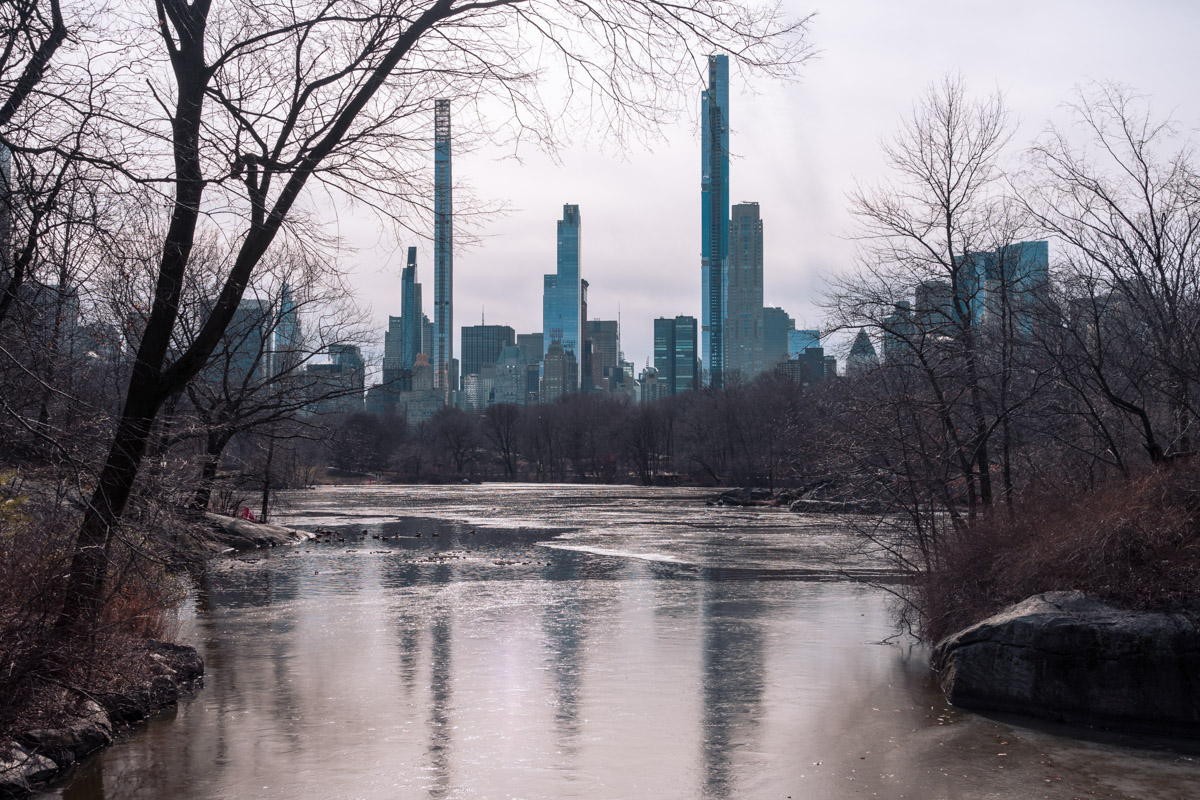 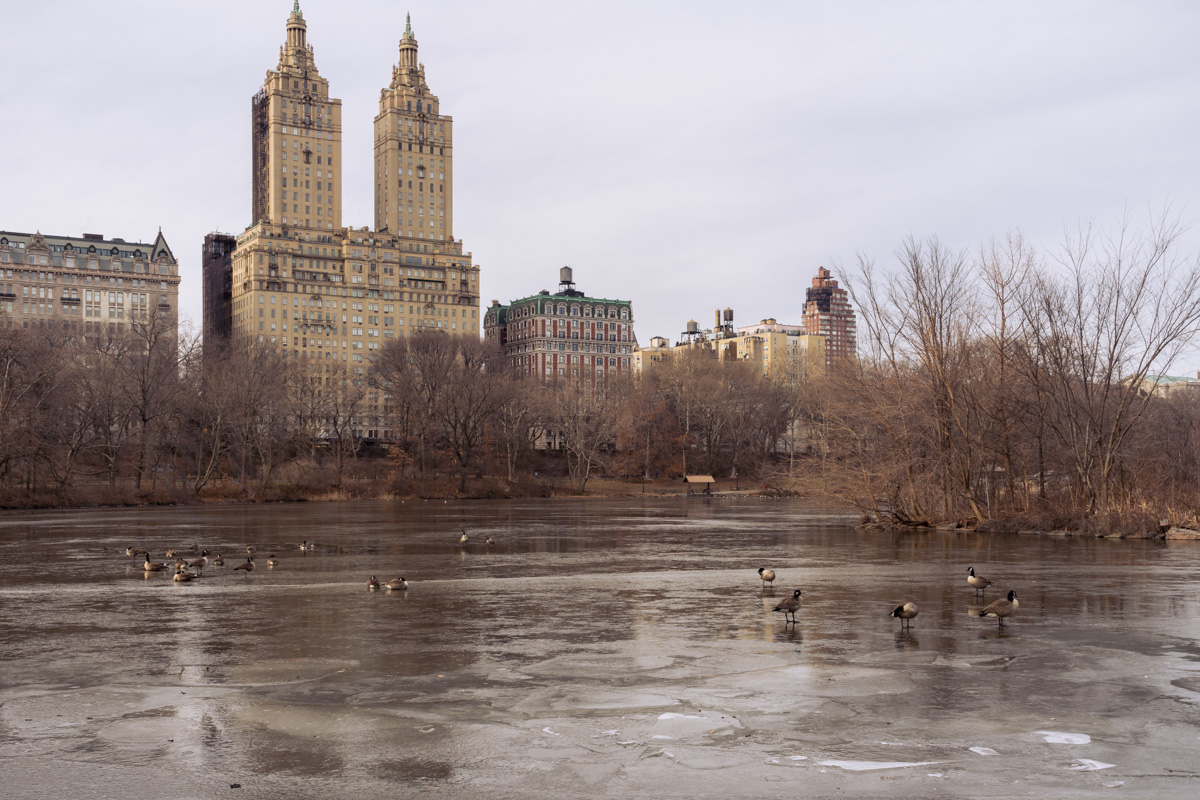 Then, there are underpass arches. 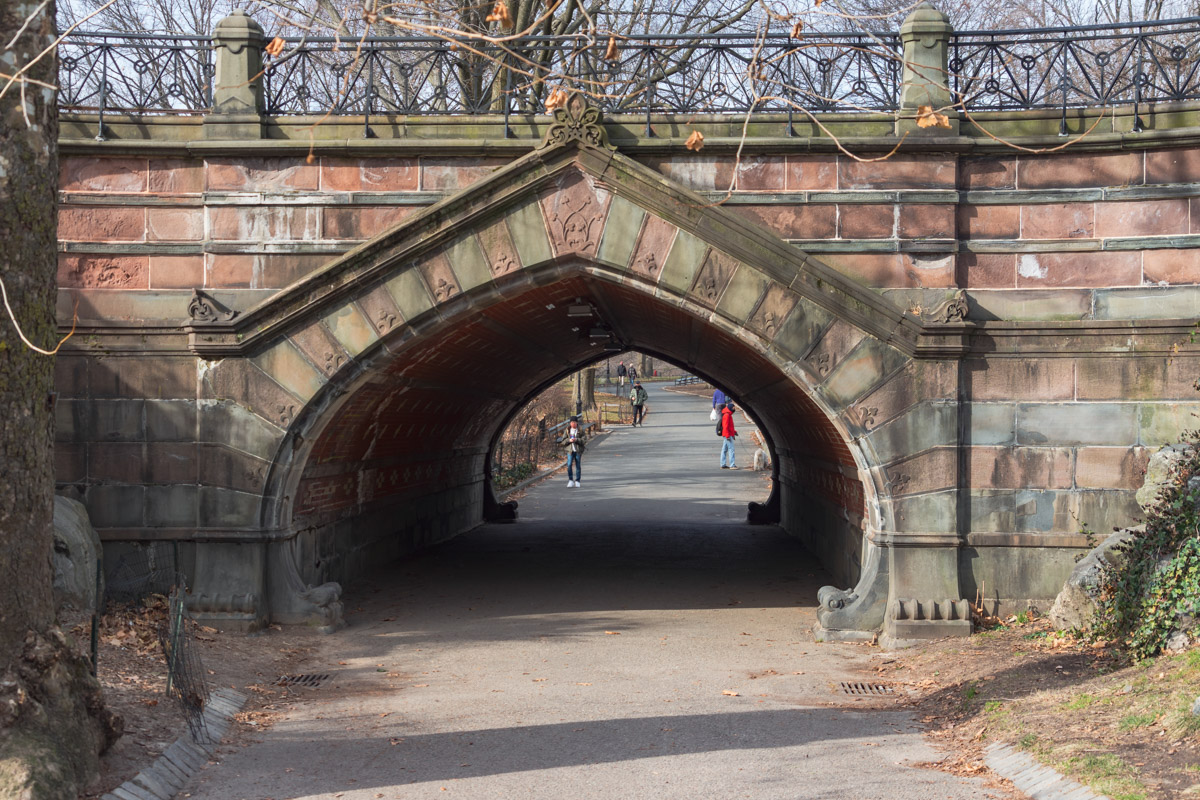 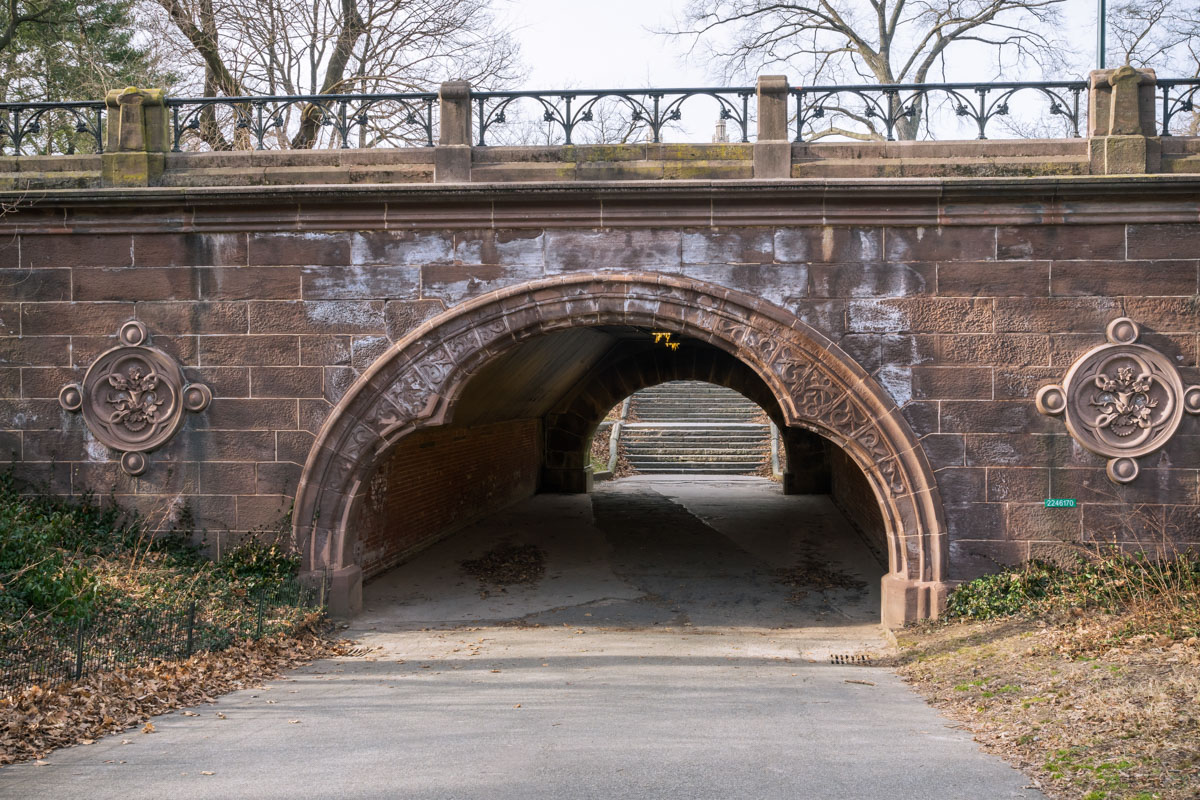 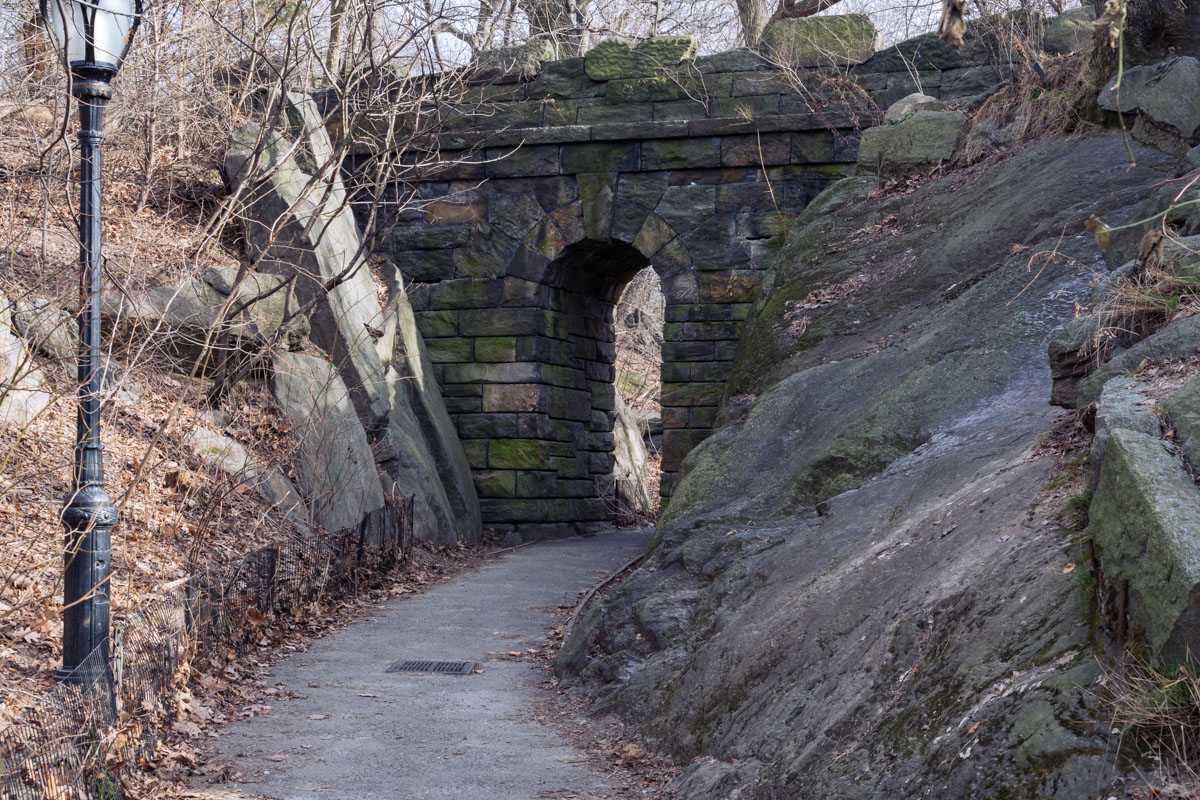 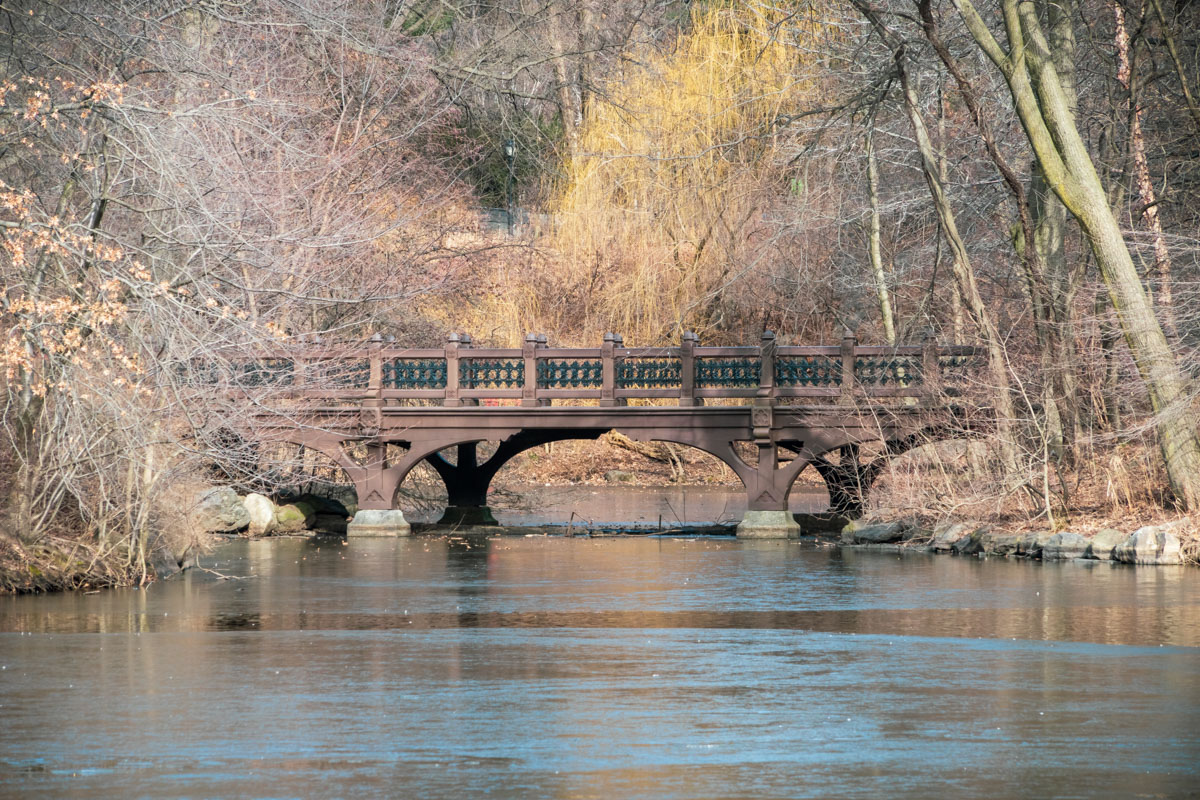 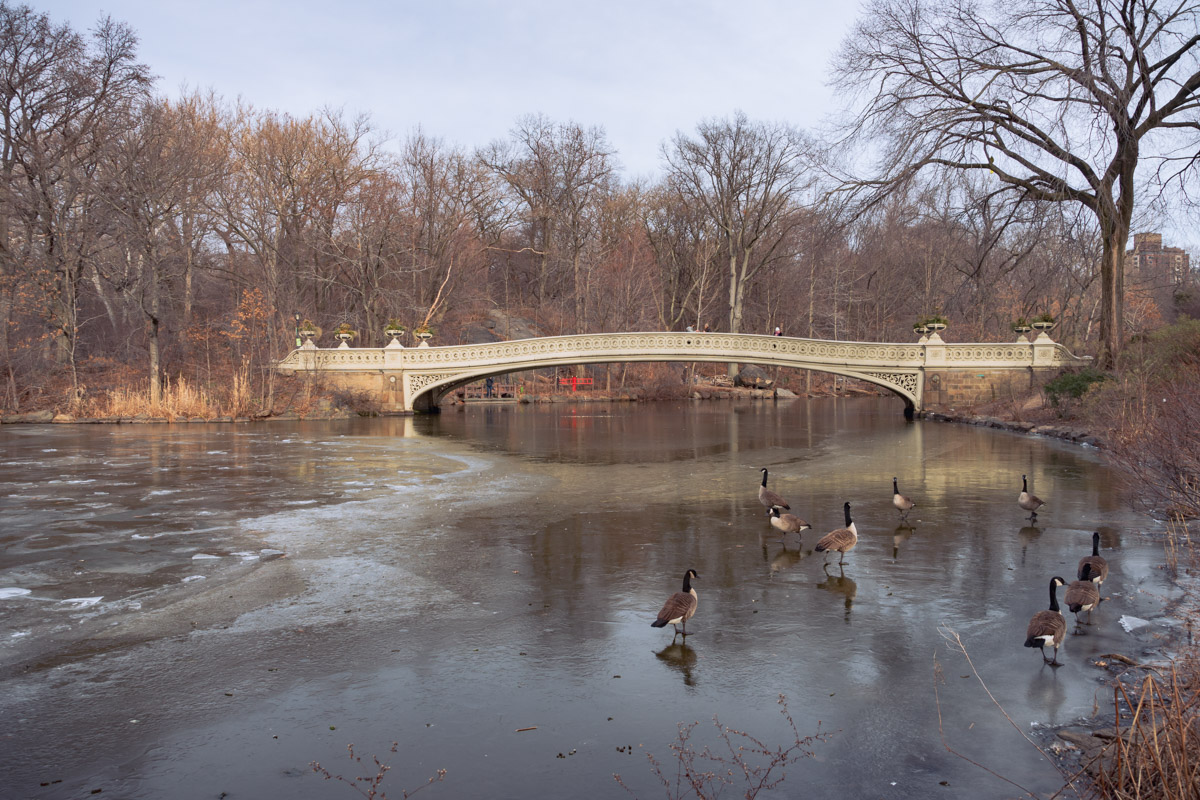 Above is the Bow Bridge, regarded as one of the prime romantic spots in the park. Even at this time of the year there is a non-trivial number of people stopping by for selfies when on the bridge.

A couple of rustic bridges in the area of the park called the Rumbles. 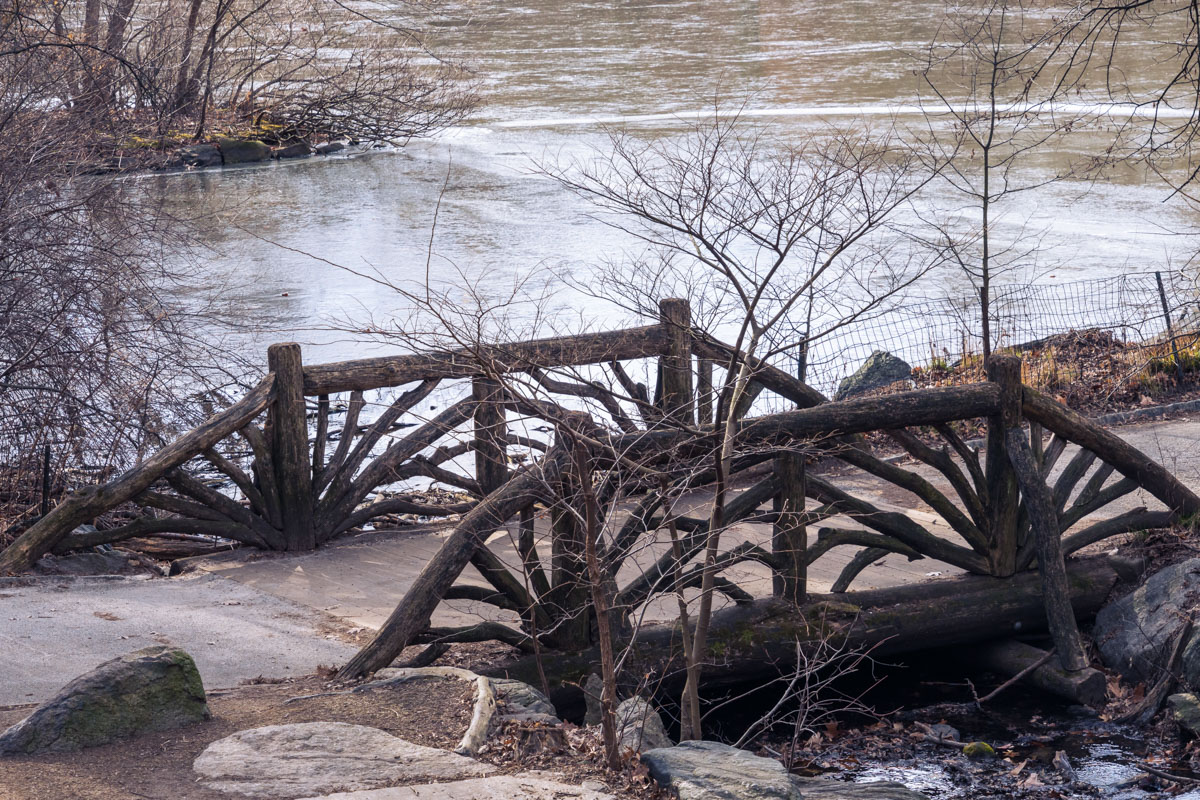 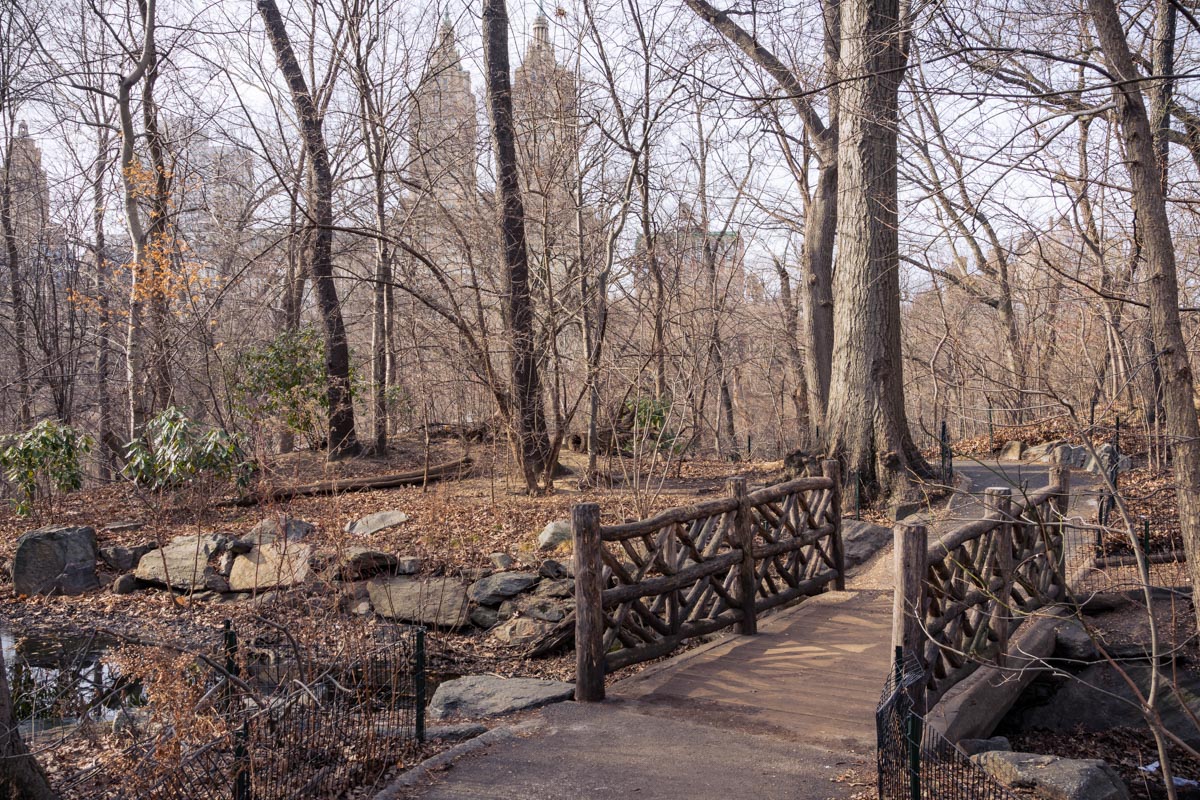 This Egyptian obelisk, known as the Cleopatra’s Needle, is nearly 3,500 years old and has stood in Central Park since 1881. 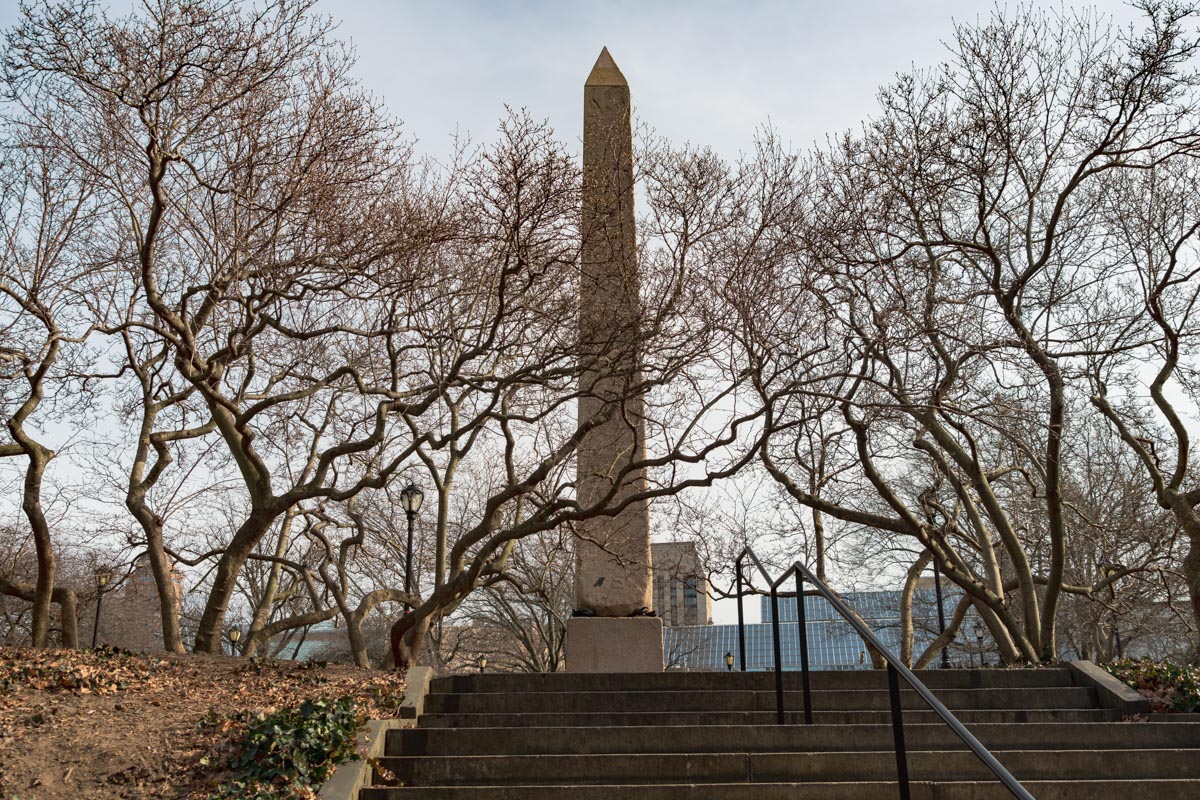 Belvedere Castle was originally built as a decorative shell in 1860s and rebuilt with the exhibition space interior and an observation deck in 1980s. 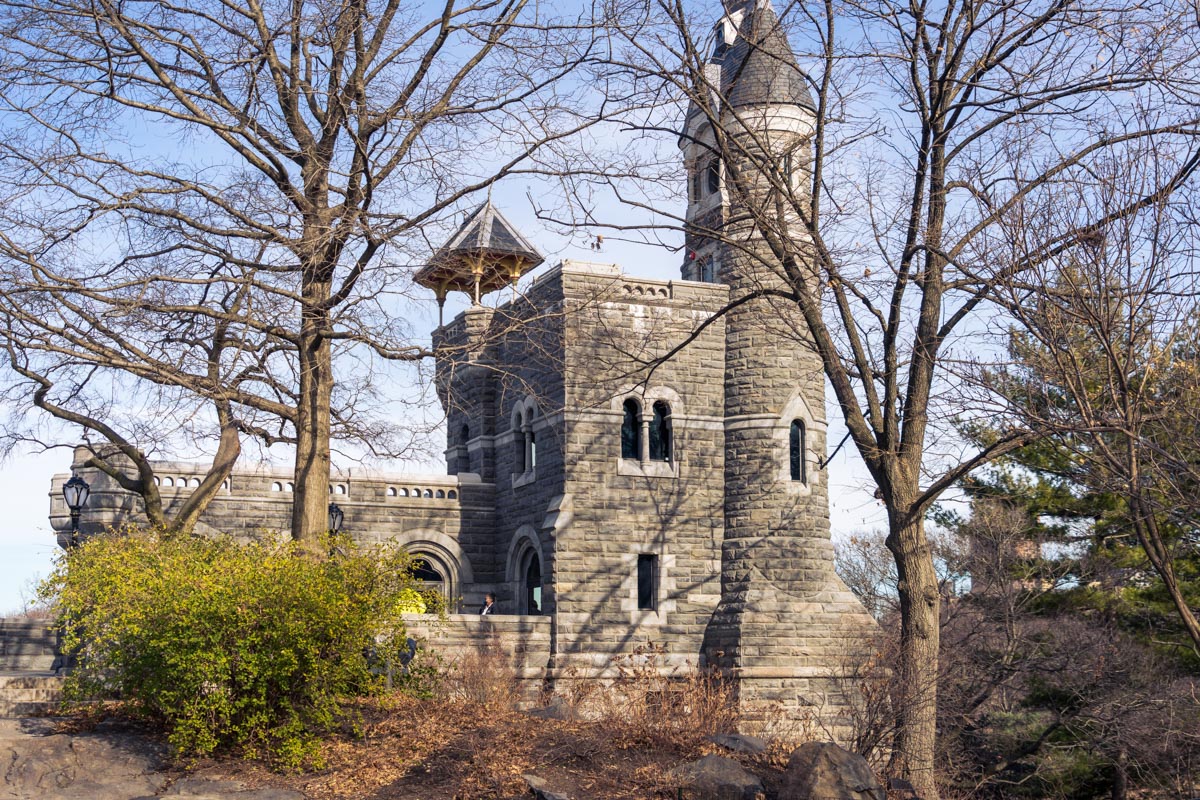 A glimpse of Bethesda Terrace. 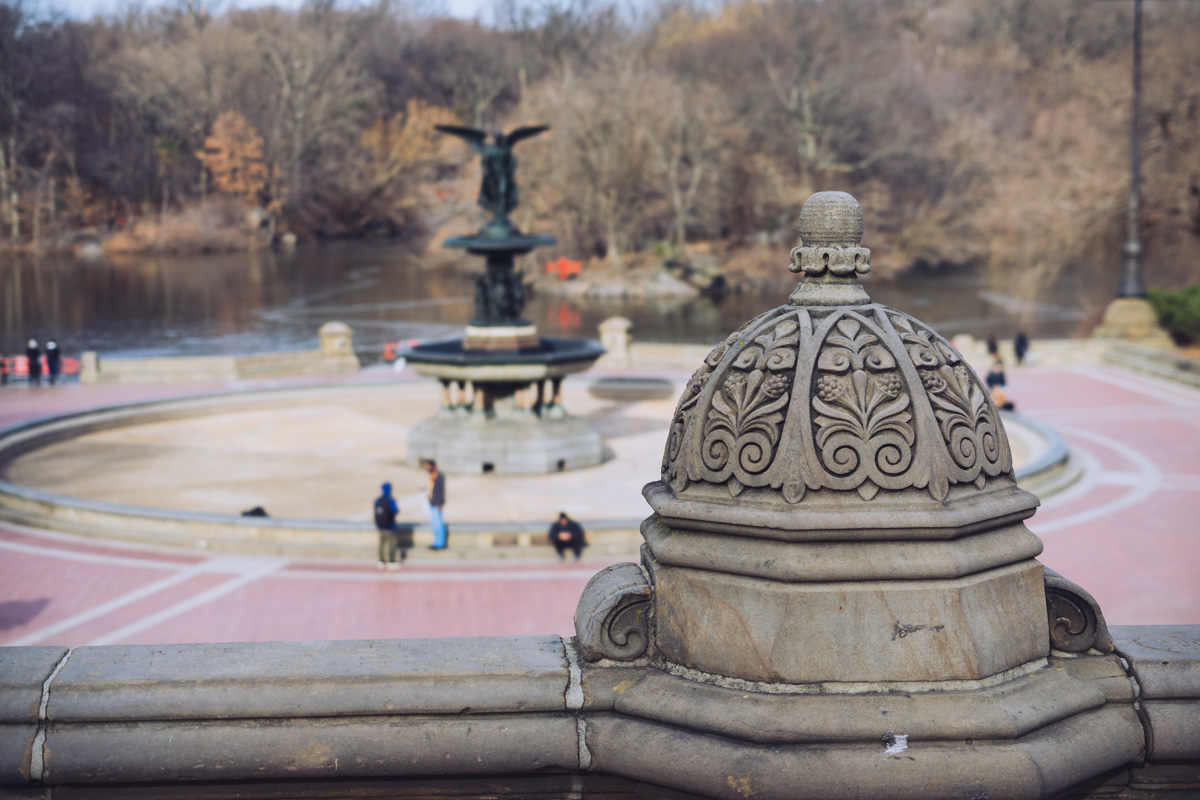 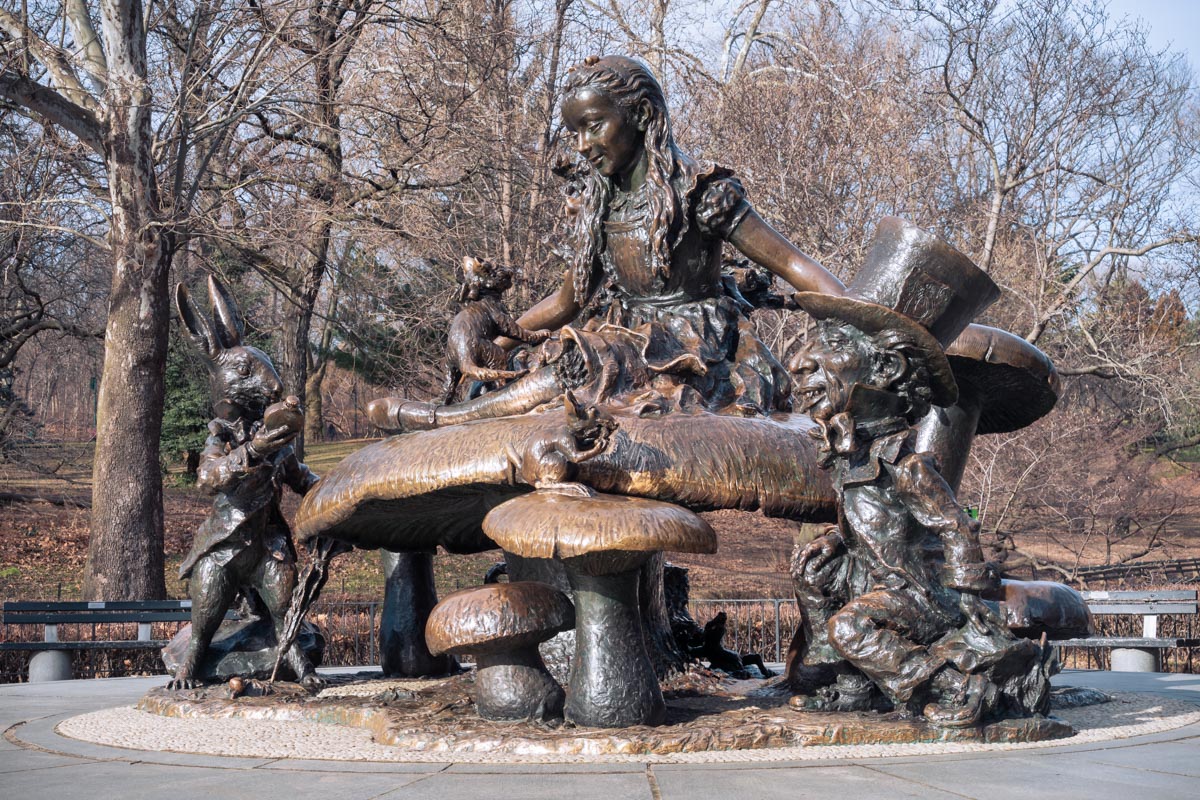 … as well as Hans-Christian Andersen reading one of his tales to a duck. 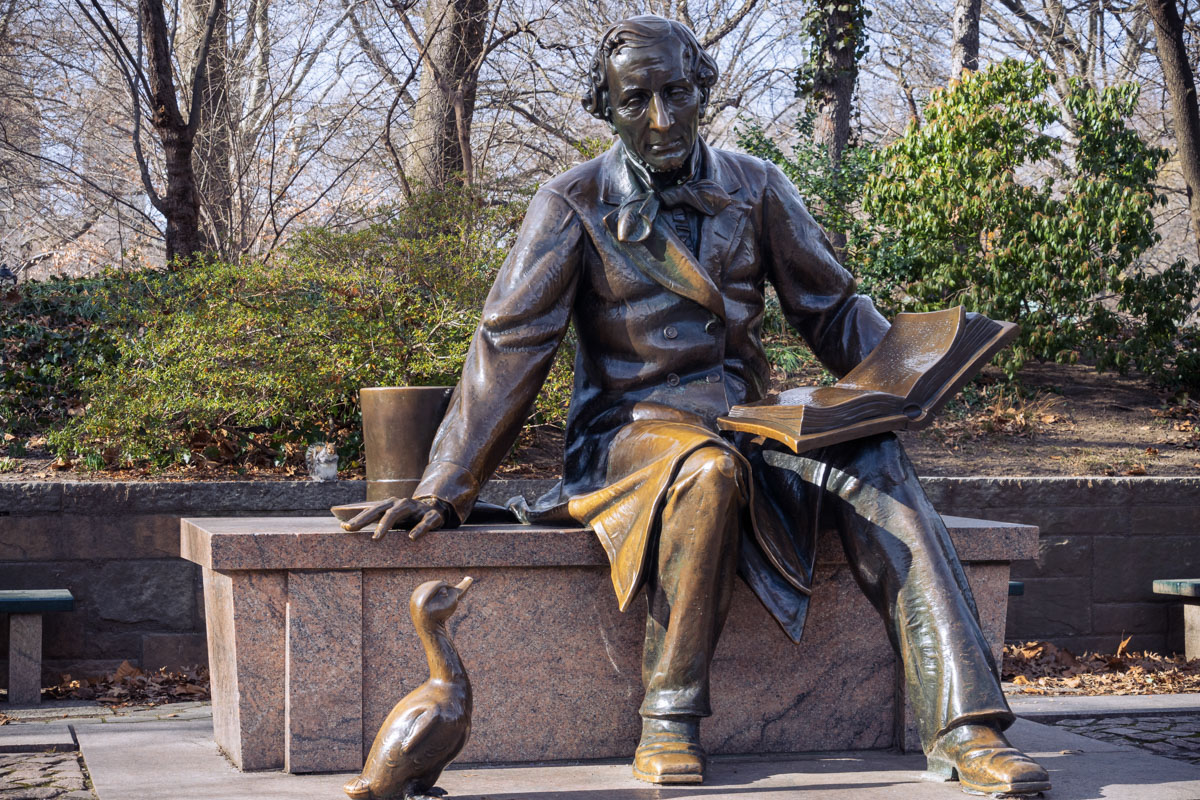 The Mall, the only straight-line promenade within the park, is alternately known as the Literary Walk. Several monuments to famous writers are clustered here. For instance, Sir Walter Scott… 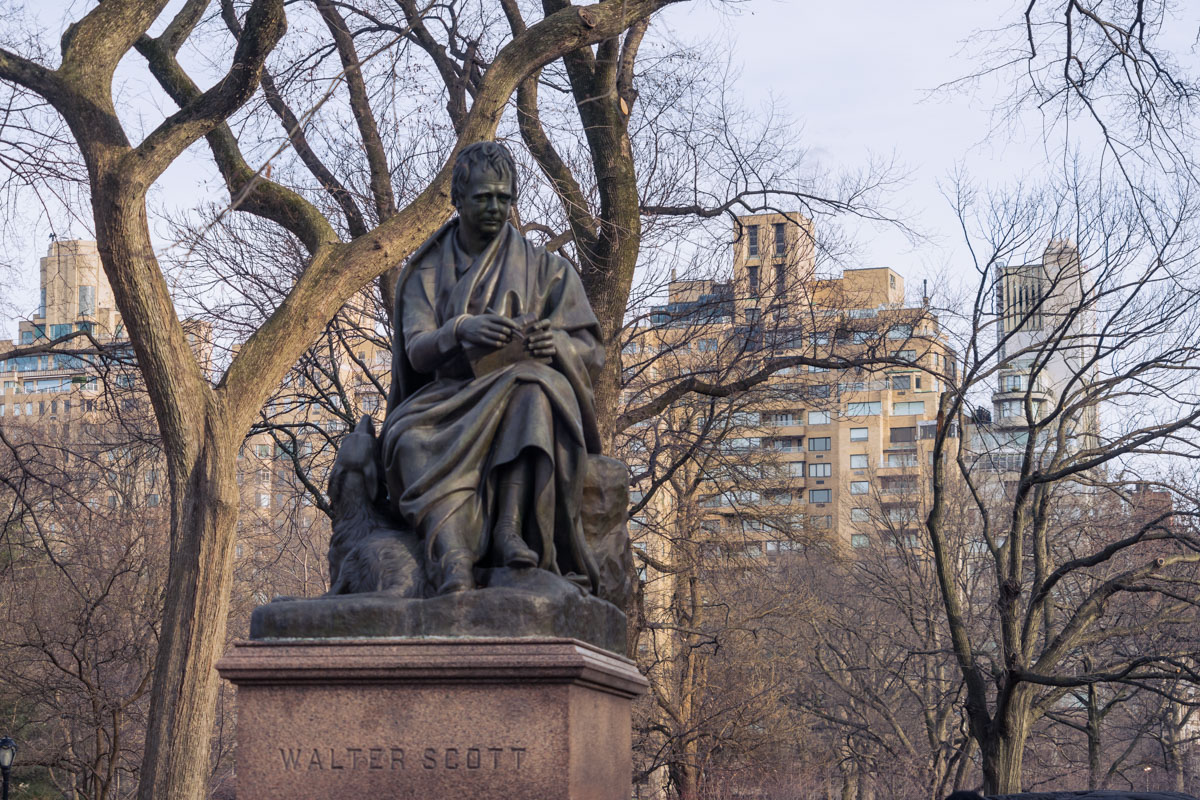 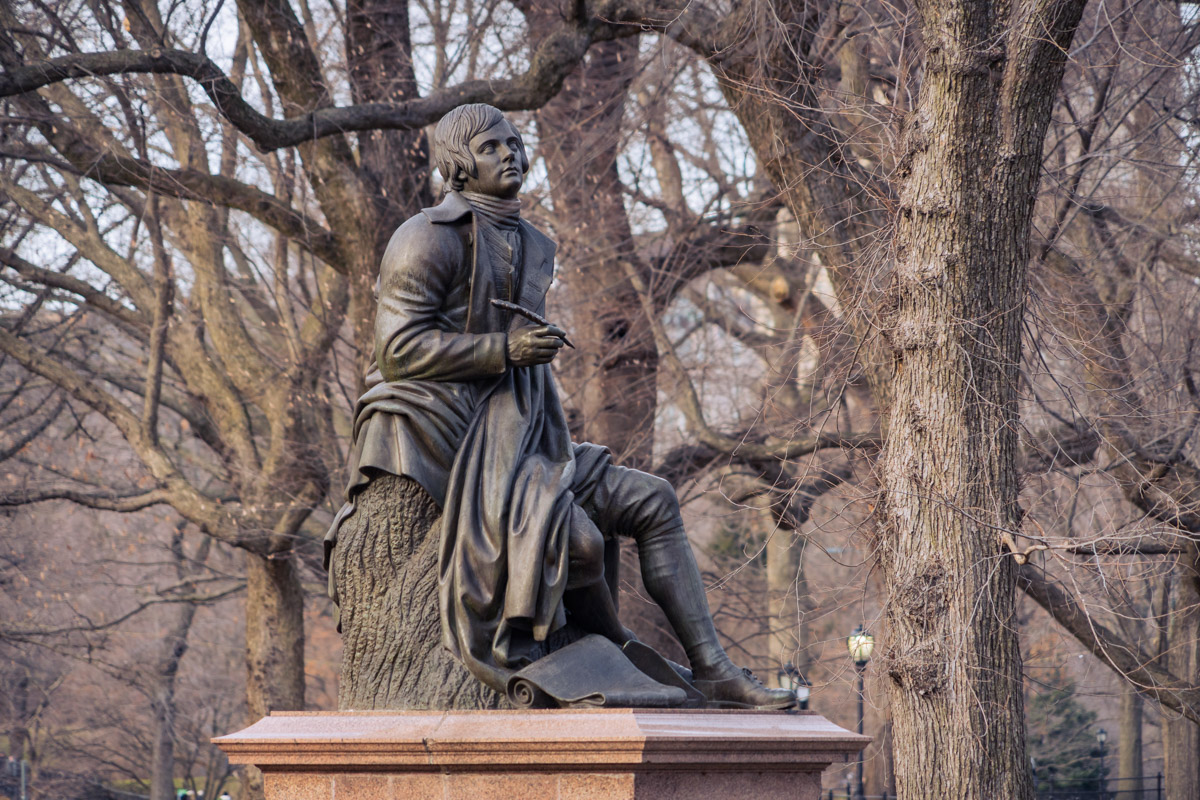 … as well as Shakespeare. 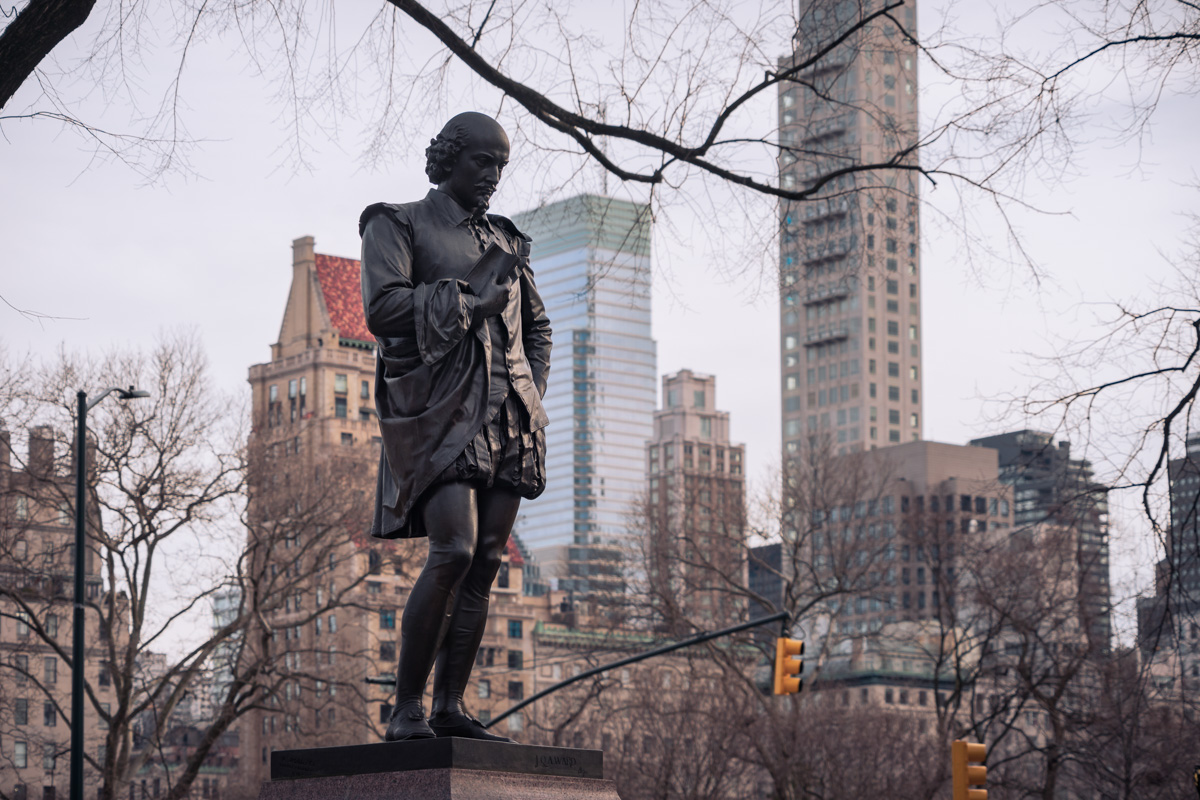 There weren’t that many takers in midweek in Covid times, but a few horse carriages could still be seen here or there. This one parked near the Bethesda Terrace, with the length of the Mall offering the background to the shot. 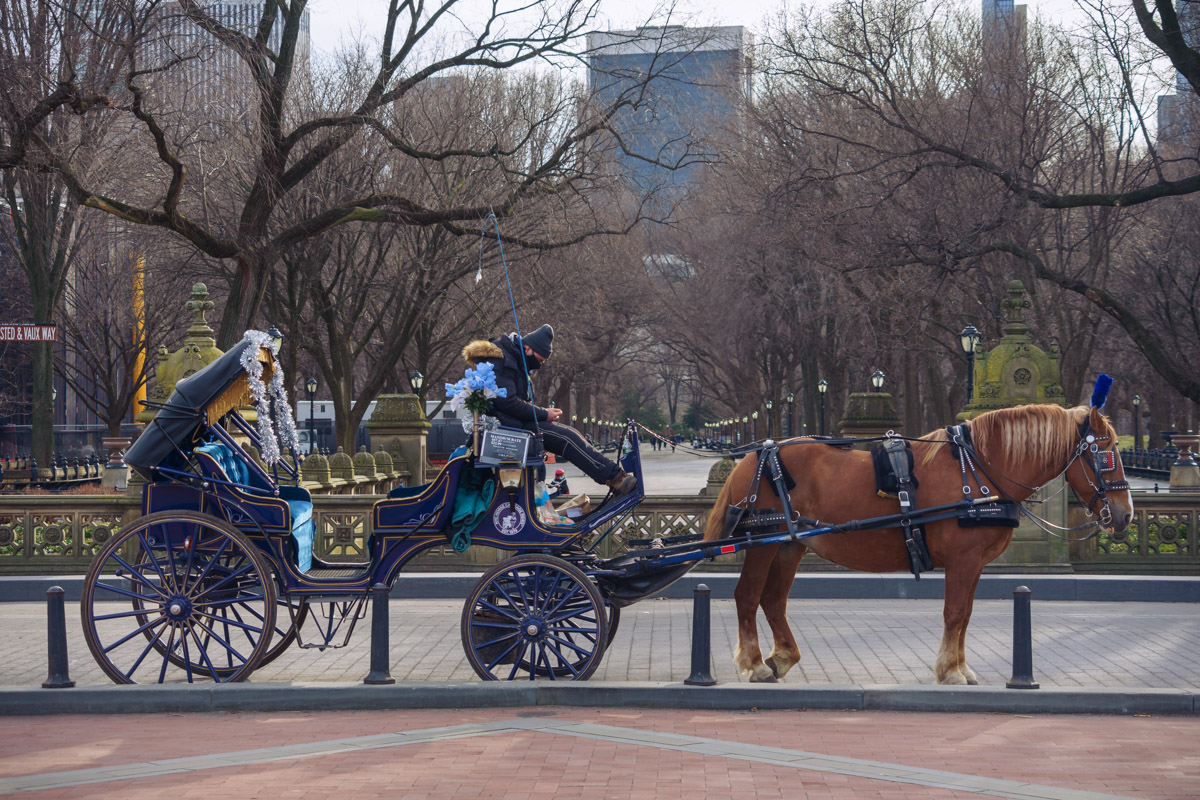 A man worked his soap bubble magic nearby. 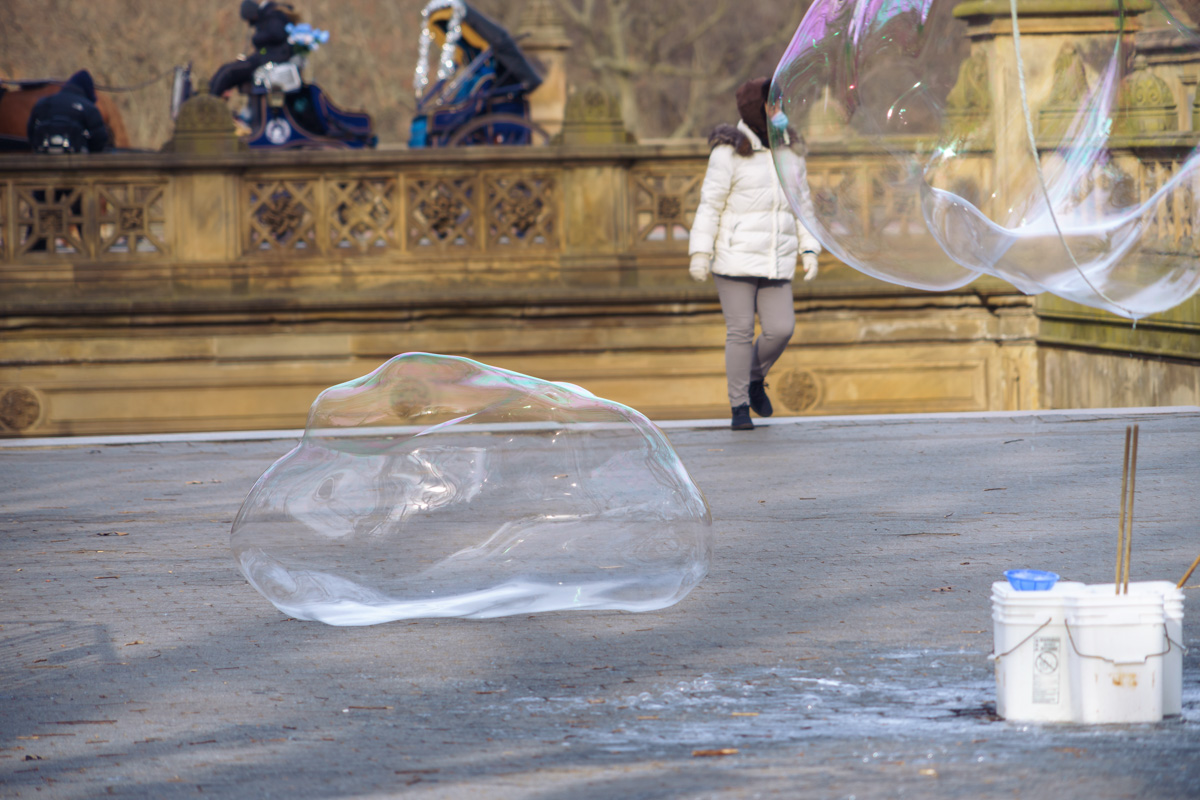 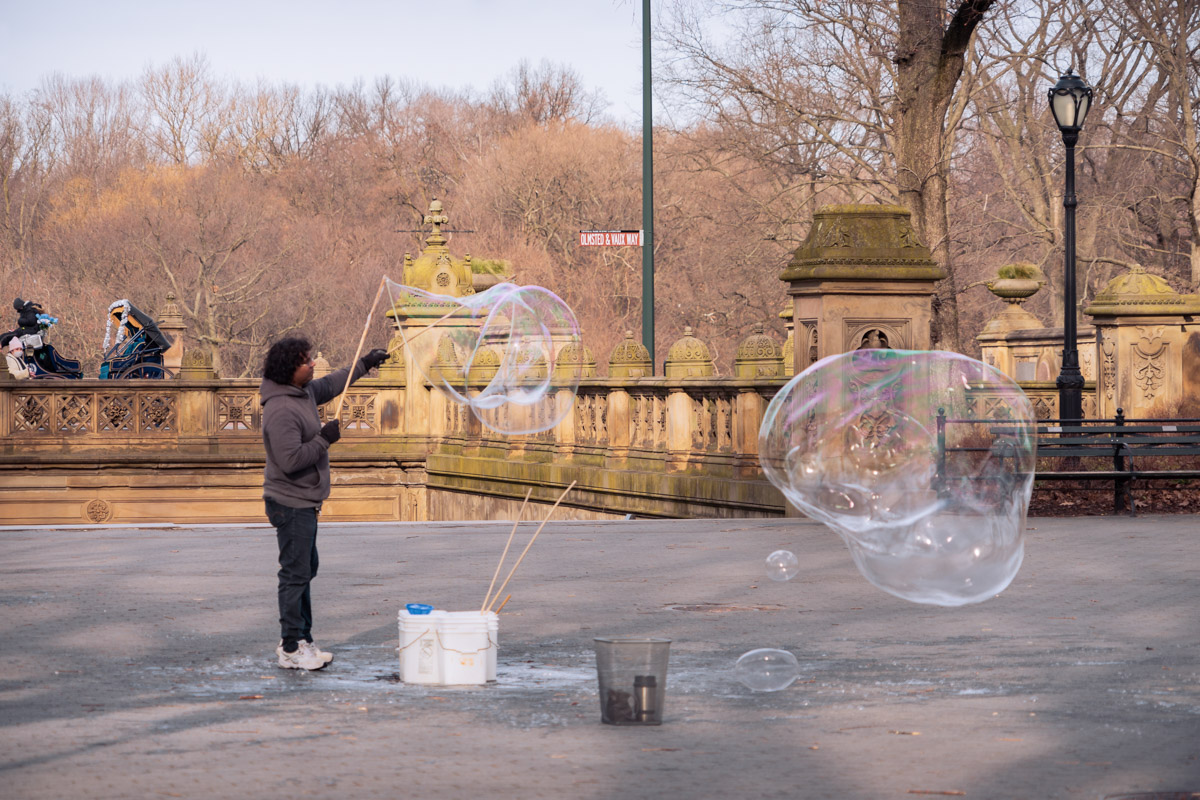 This gazebo is known as A Treehouse for Dreaming and is apparently a much-in-demand wedding spot. 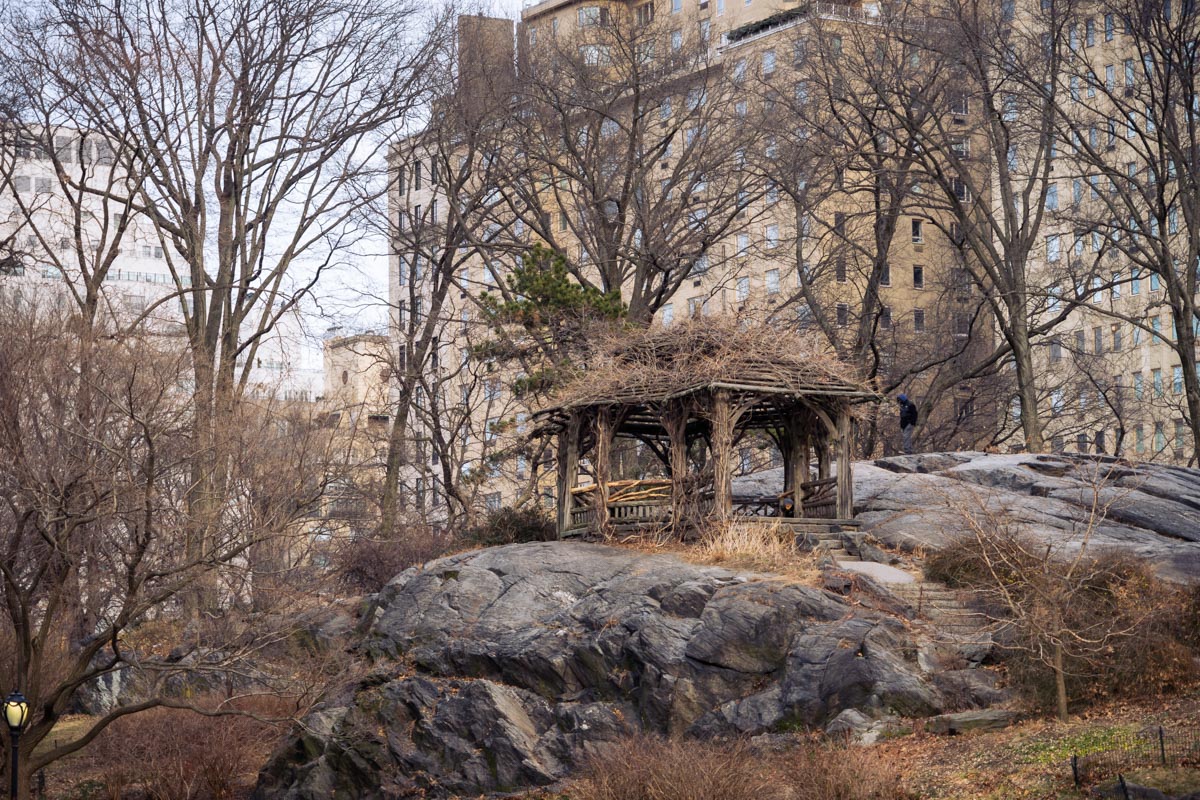 My stroll around Central Park was loosely planned and far from best-executed, but it did help me gain appreciation of one of the greatest urban green areas in the world. Now I have to repeat it when it’s actually green…