Continuing from the prior entry, here is another limited selection of pictures from various Maine locales taken during the September trip. 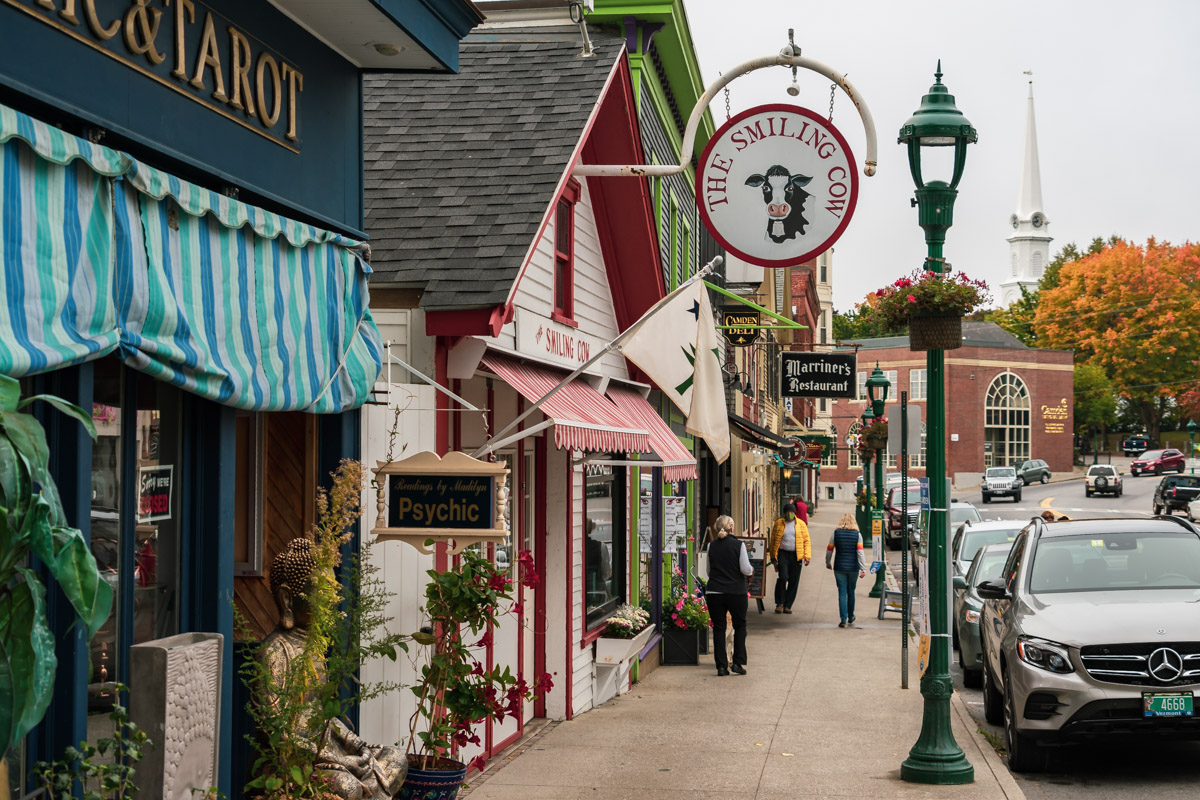 View to the Camden Public Library from the green of Harbor Park. 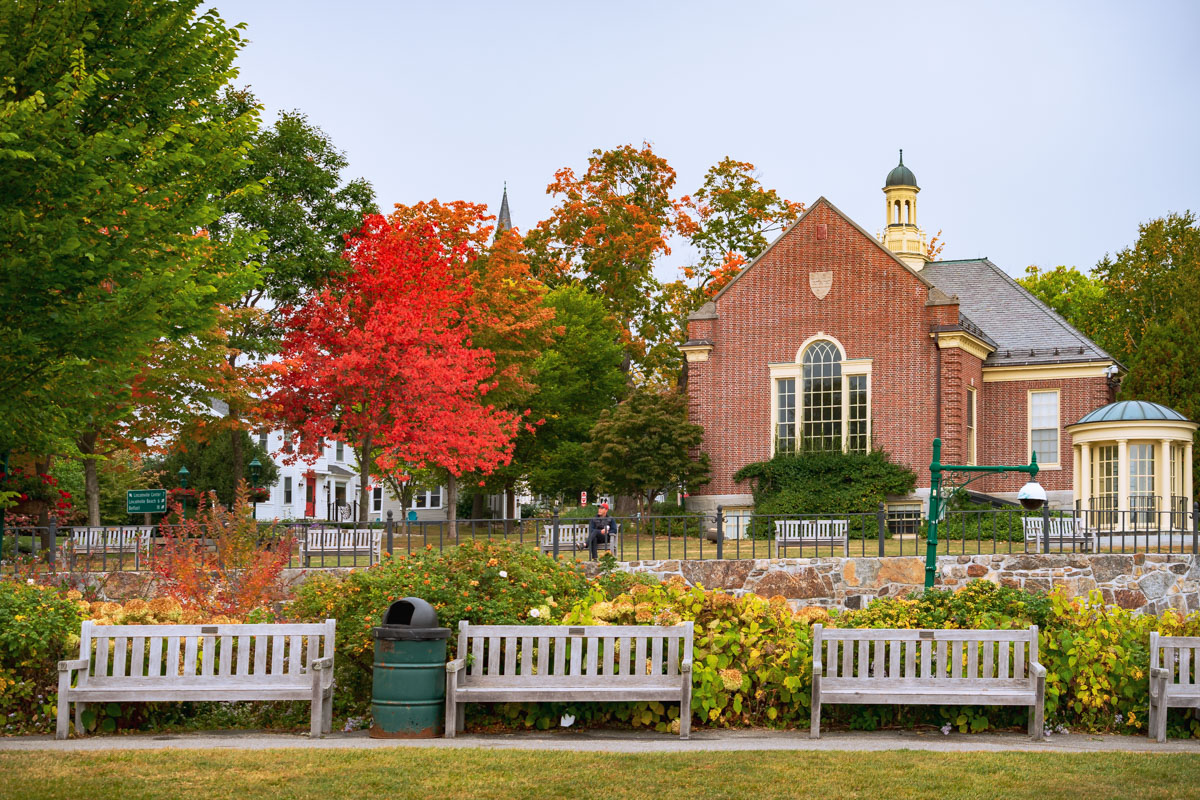 The opposite views over Camden Harbor. 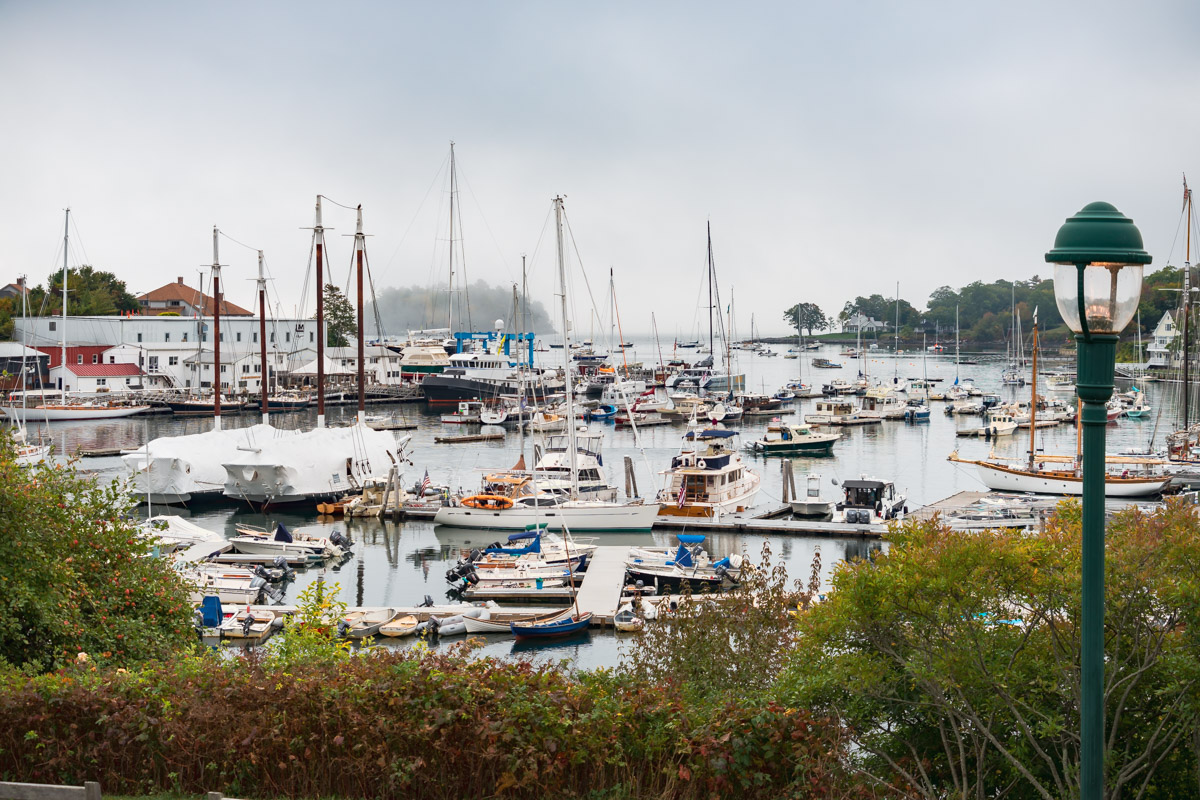 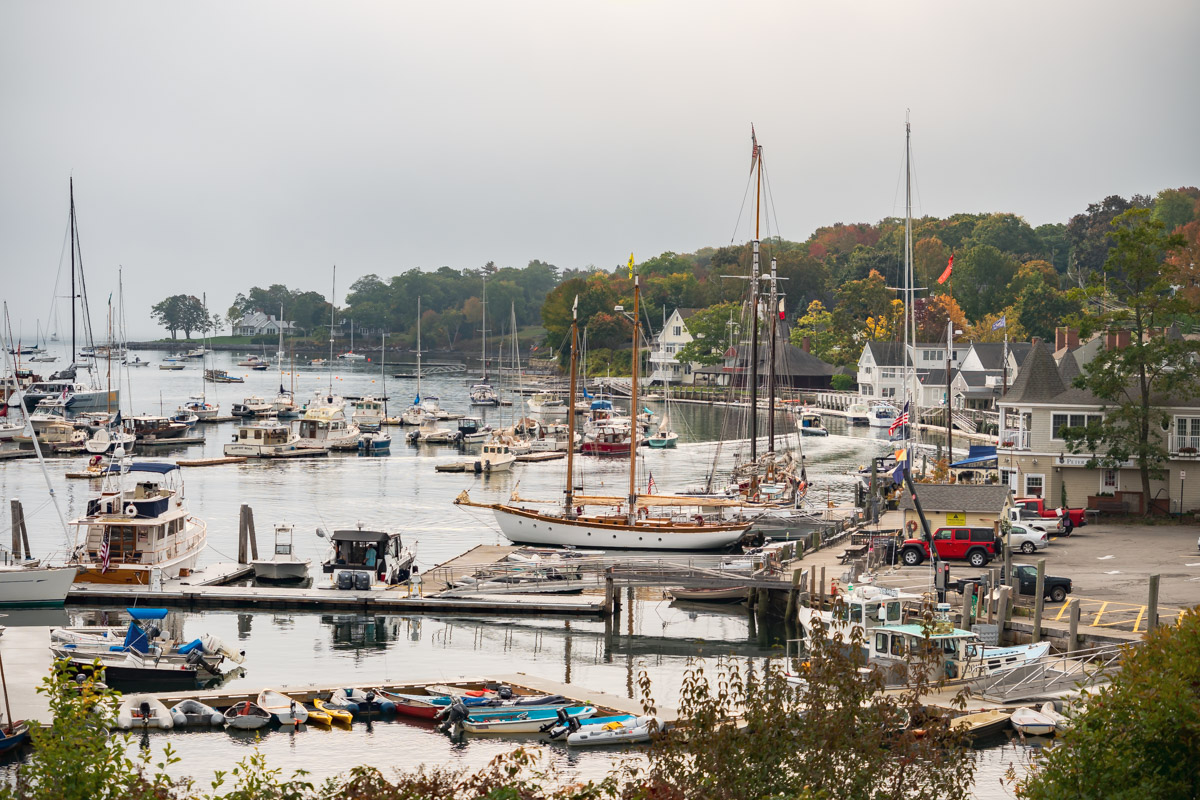 The tall ships seen in the above shot provide an opportunity for a nice cruise around the harbor. Beyond that, Camden is a likely place to sustain a day-long/overnight stay, with a couple of nearby historic and natural points of interest. 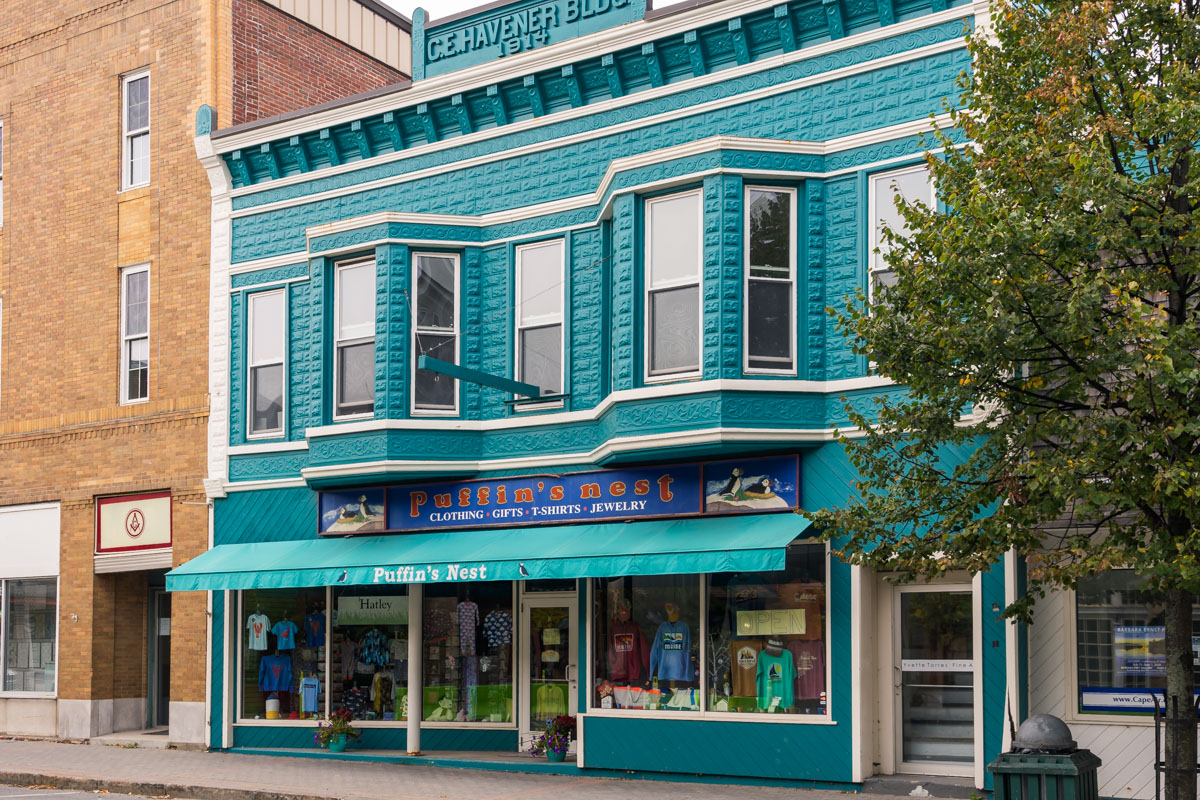 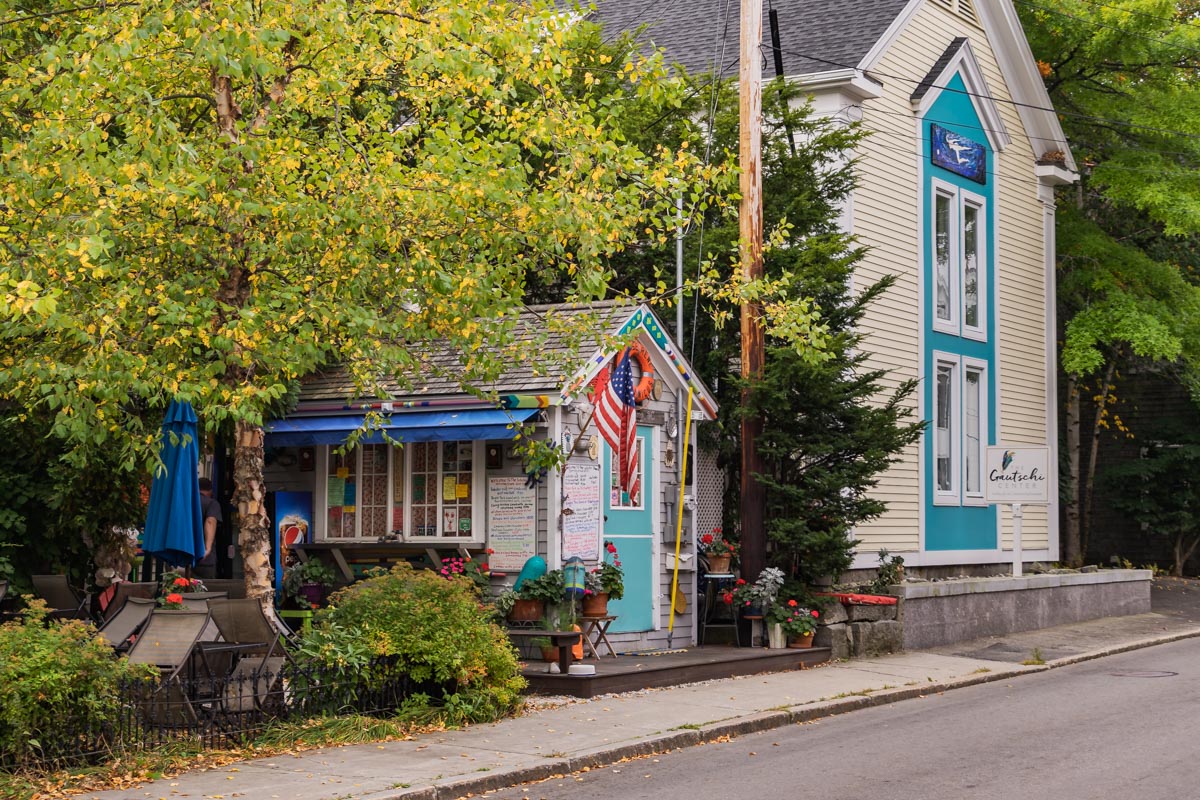 The tiny lobster shack above looks like a child standing next to a parent, right?

Rockland is the self-professed “art capital of Maine”, on the strength of a well-reviewed Farnsworth Art museum and no less than a dozen of galleries in the town core. Most of them were inaccessible on a Covid-era morning, unfortunately. This wall mural was small compensation. 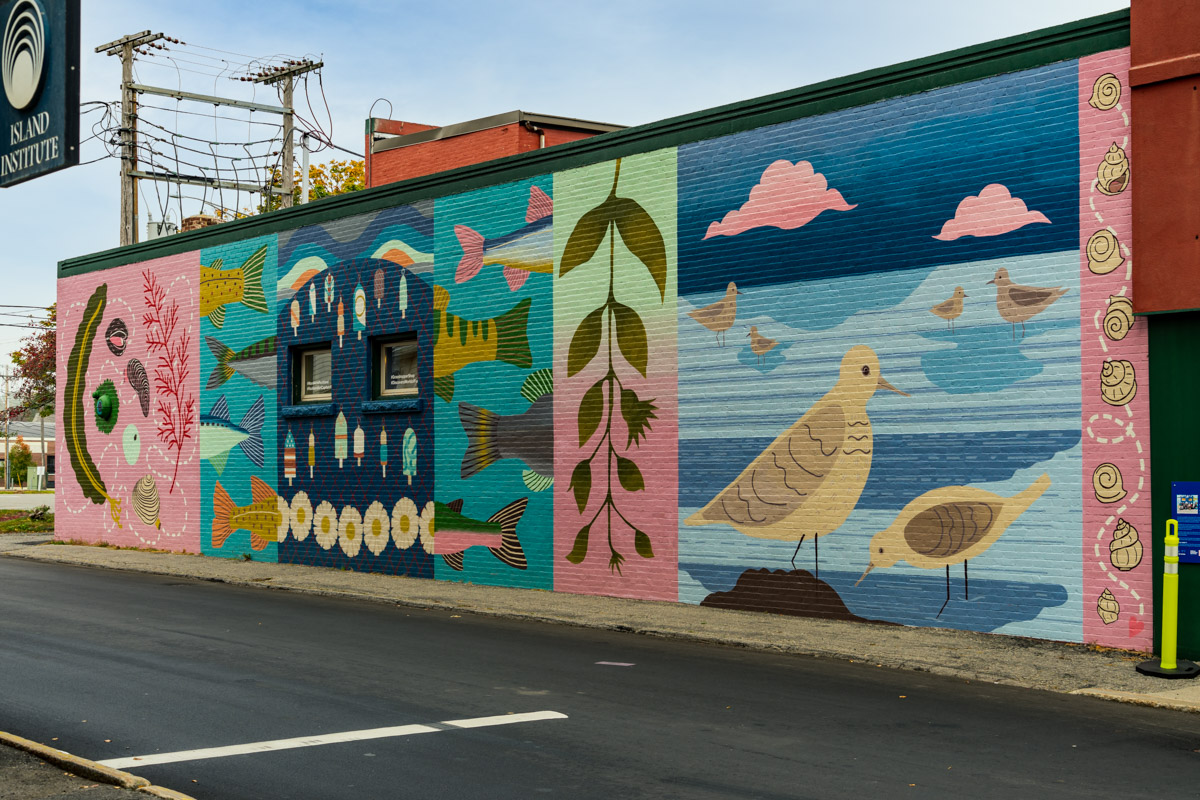 One of the most photographed locations in Maine, a so-called Wedding Cake House in Kennebunk. 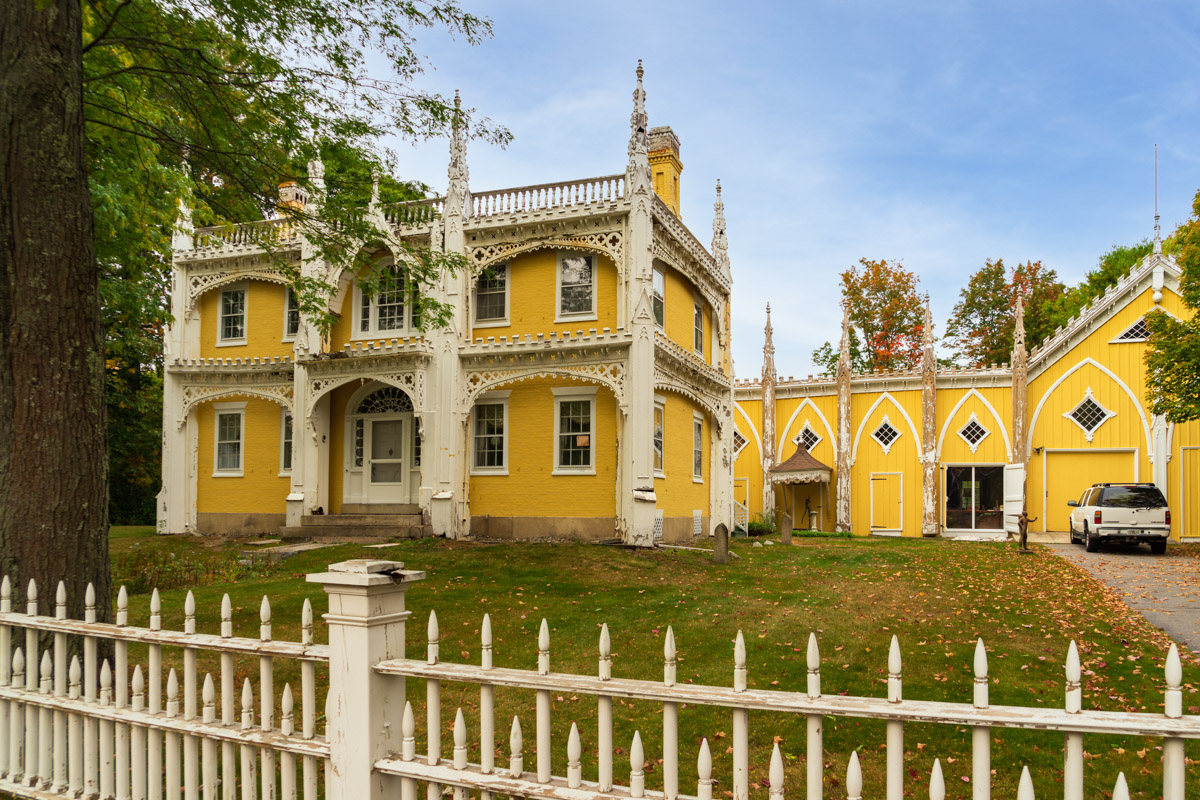 Restored in 1985 to its full “Carpenter Gothic” glory and even open to the public at some point, this private estate nowadays looks fairly derelict. Still unmissable if you drive by.

Kennebunkport’s waterfront historic district ended up as one of our favorite places in Maine. 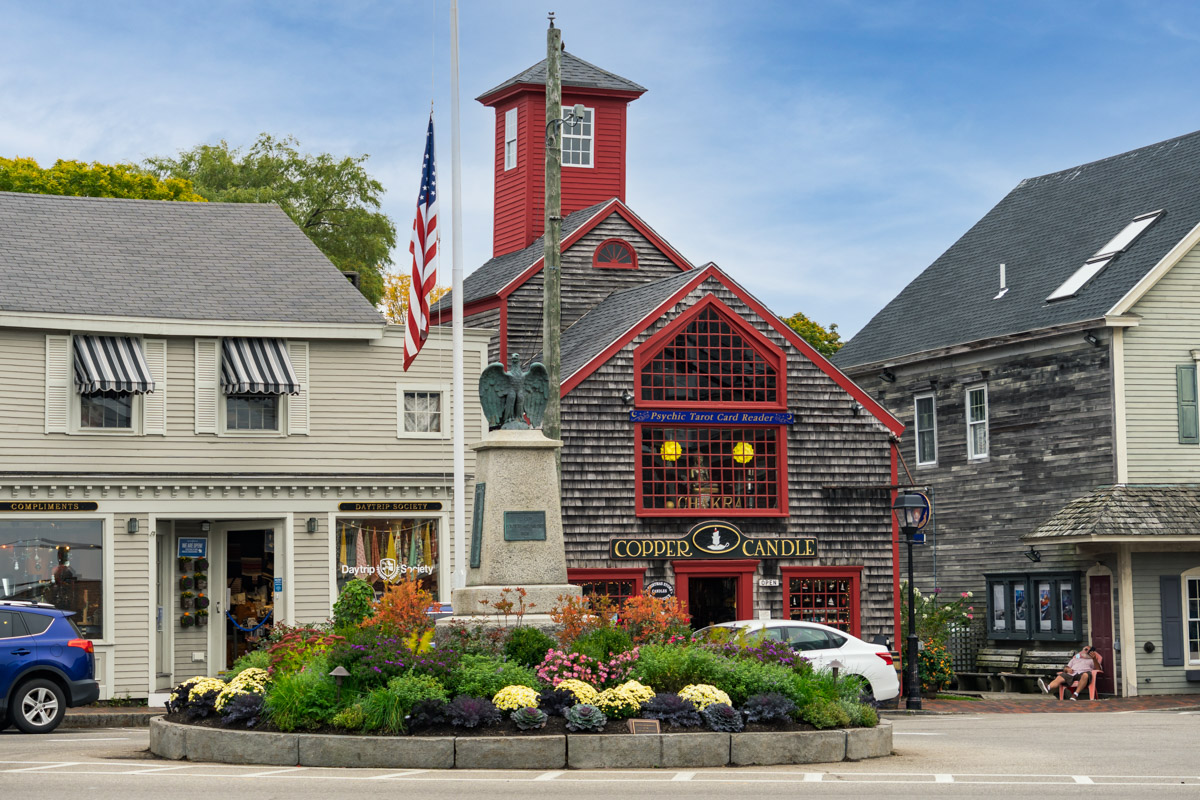 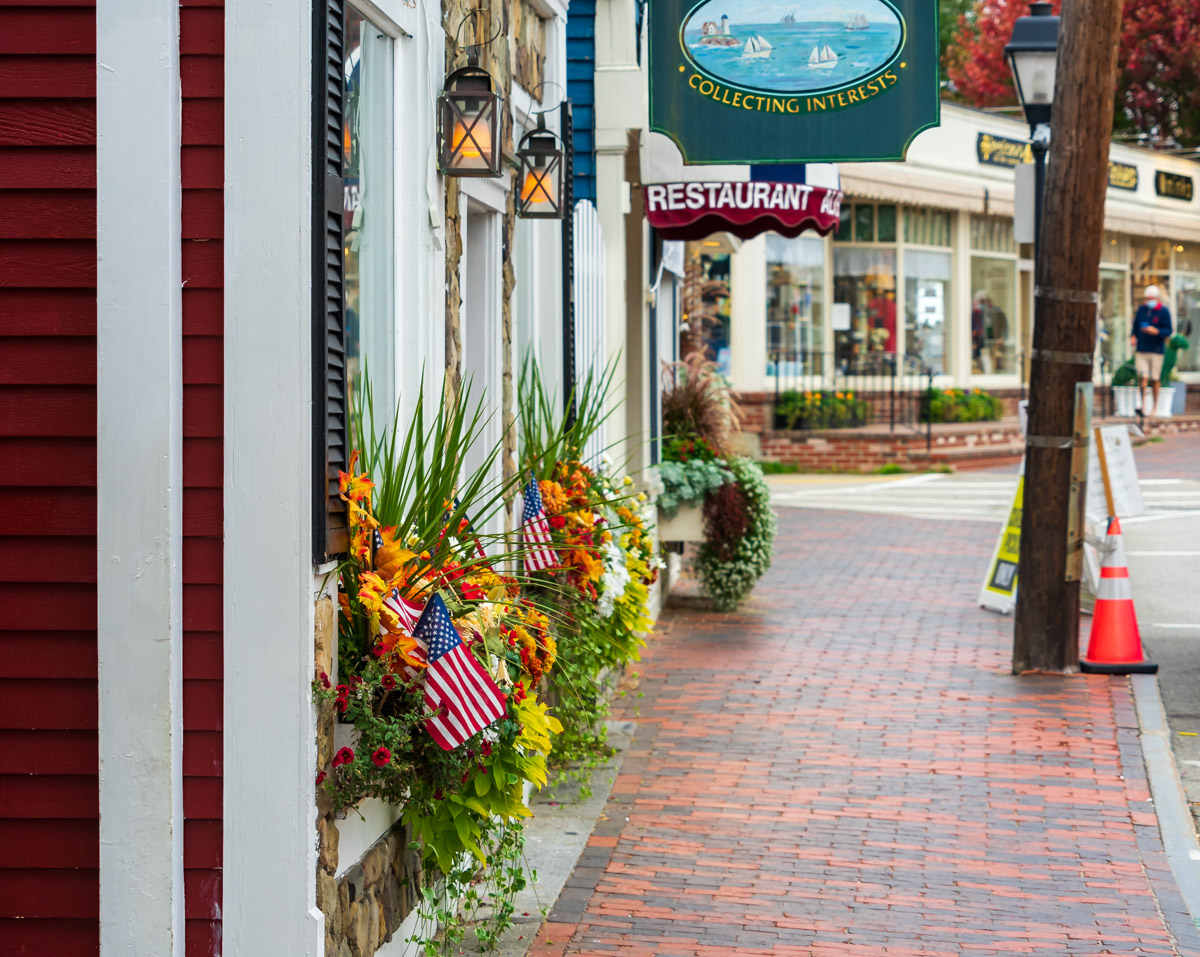 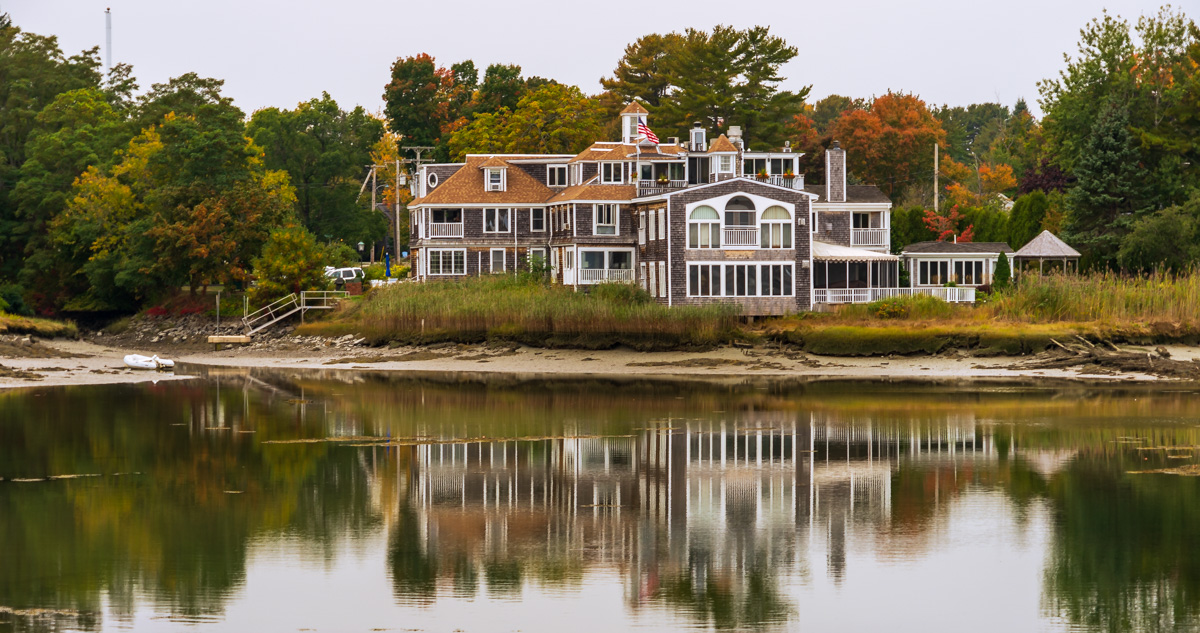 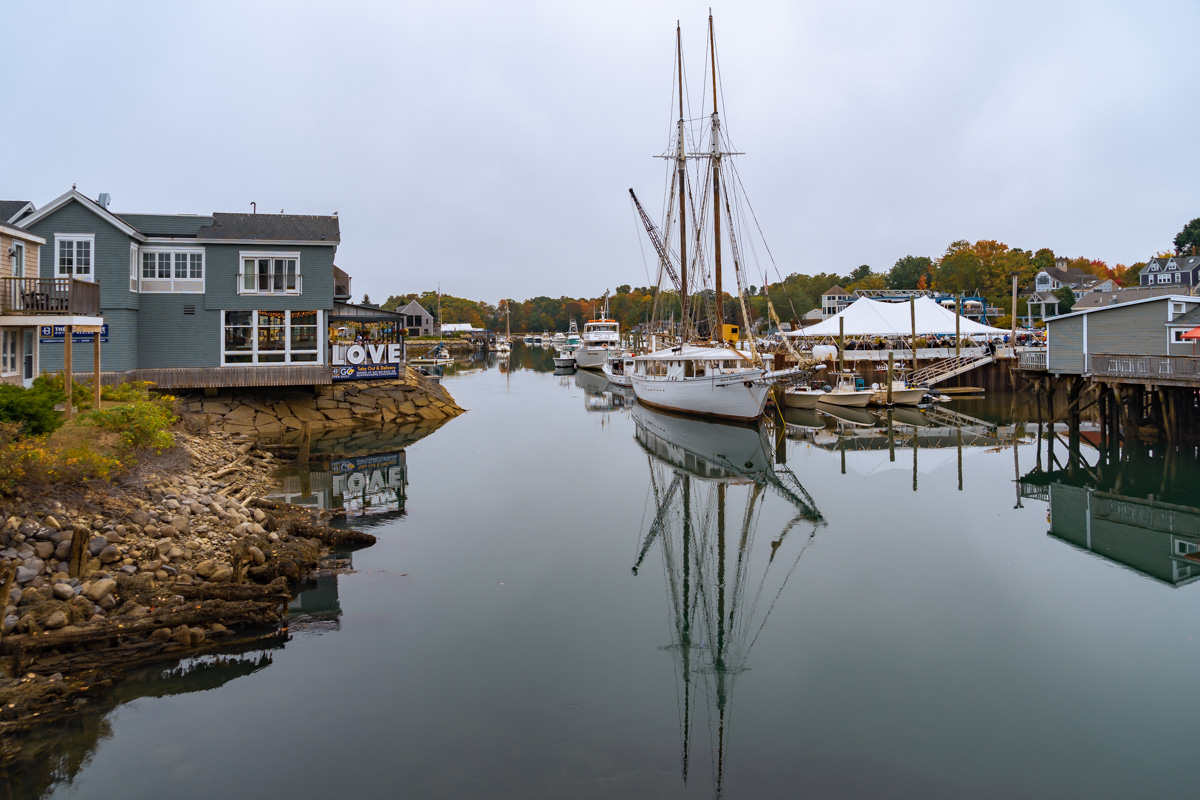 There are several historical points of interest and attractions in Kennebunkport, and a couple of other picturesque nearby districts, pointing to a possibility of a longer stay. 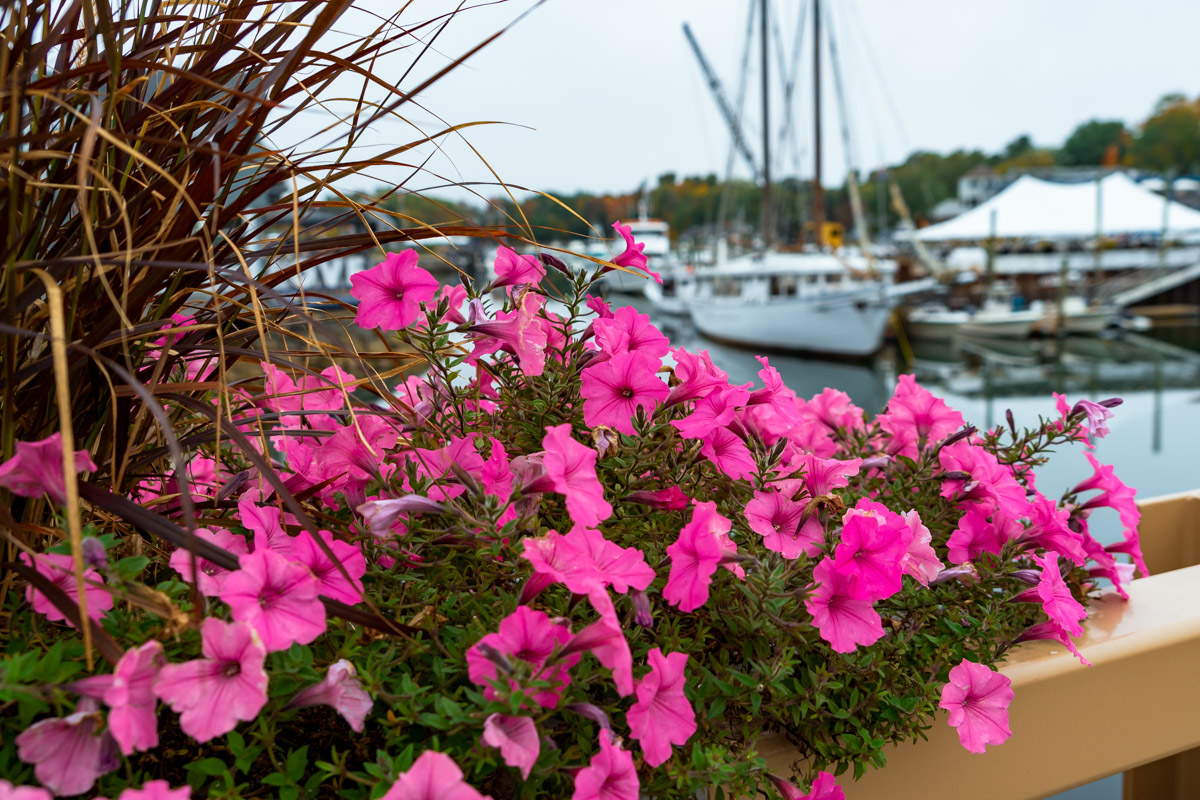 A couple of coastal fragments in Ogunquit. 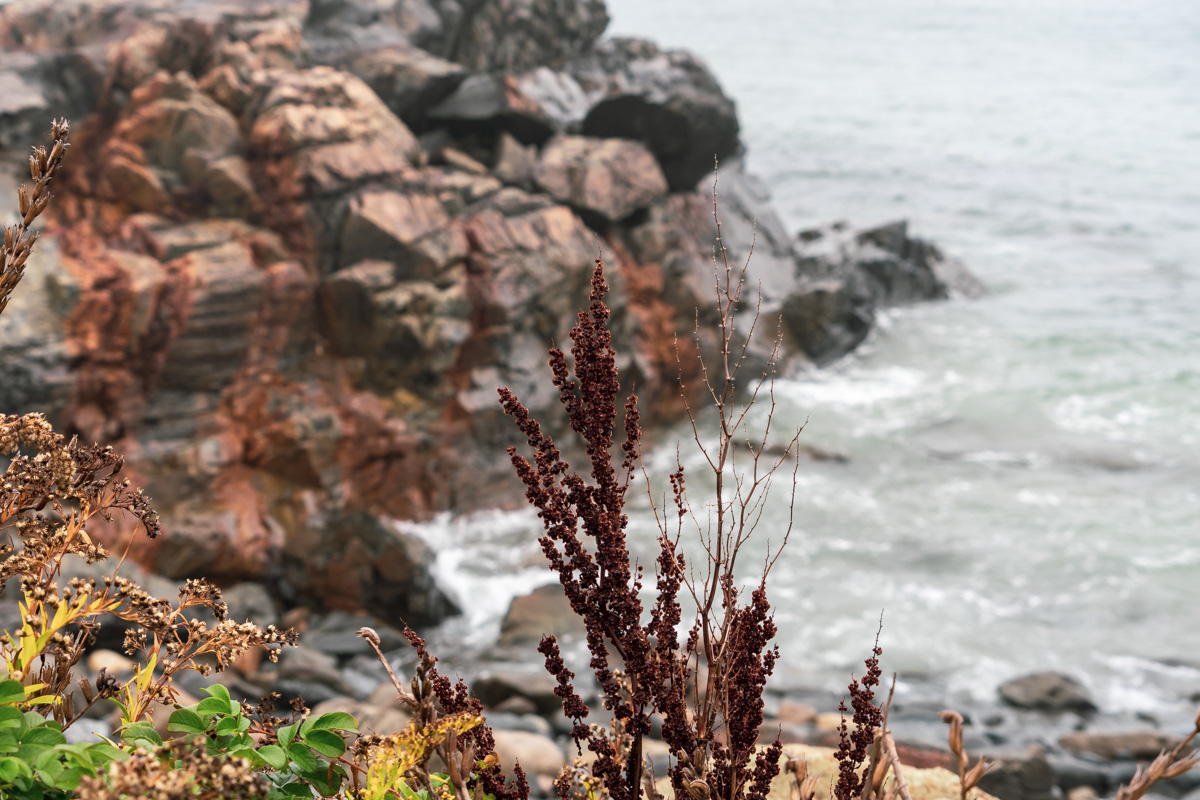 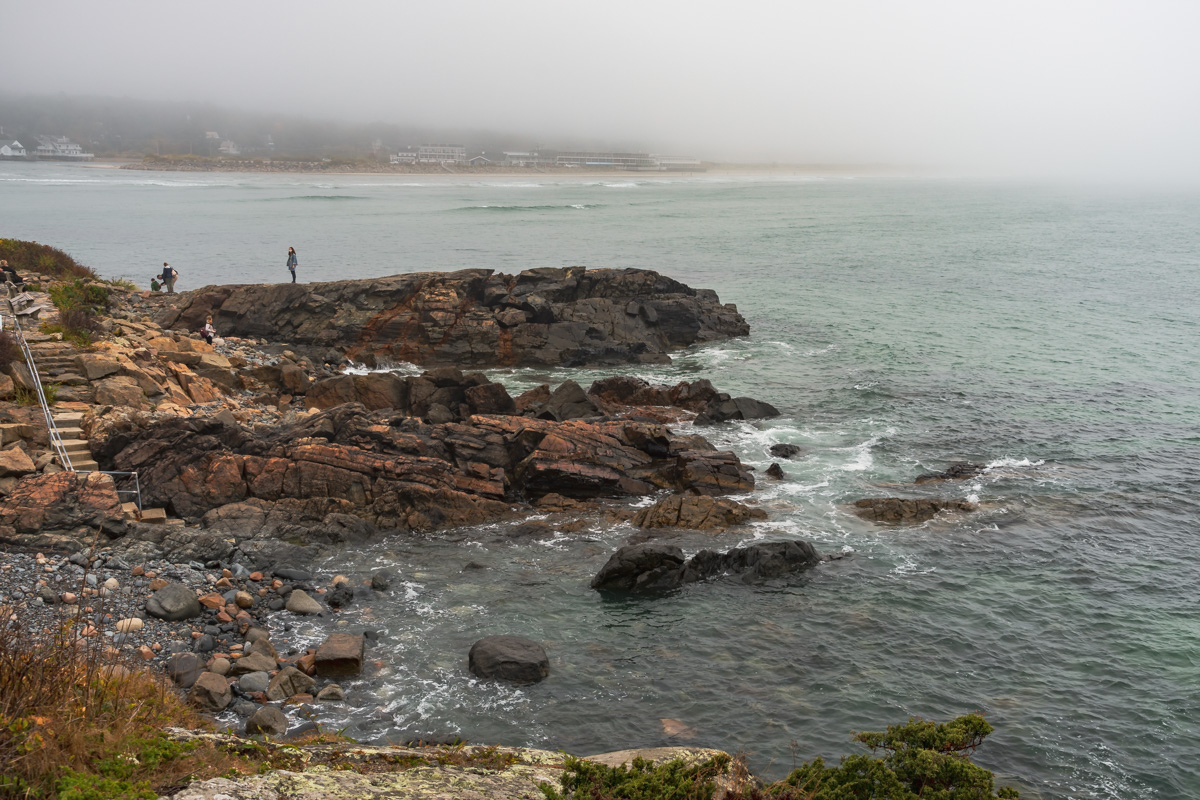 Ogunquit is probably the most resort-themed town of all that we visited in Maine, with the Marginal Way coastal walking path offering the chief attraction. There is also a renowned American Art museum, and an occational eye-catching architectural example. 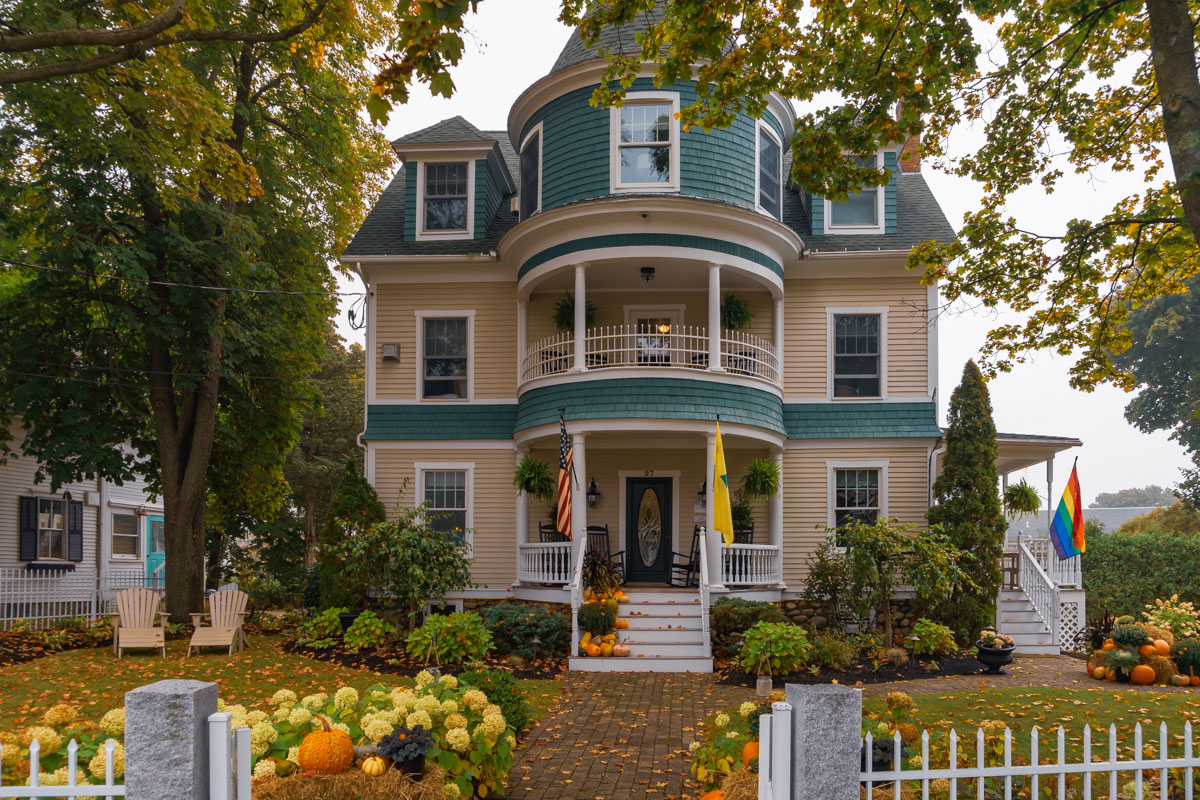 Finally, a view to the Wiggly Bridge and Steedman Woods in York. 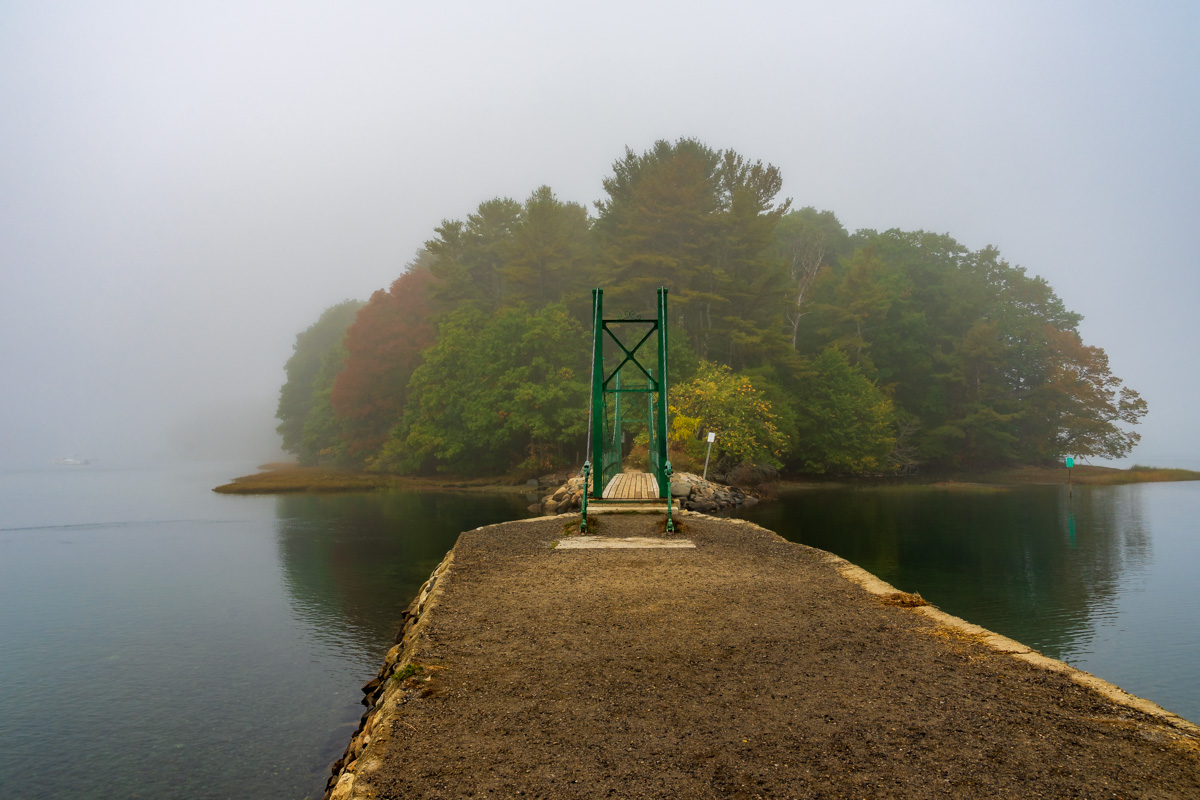 The fog did us no favors on our last morning of the trip, hiding the Nubble Light from us and curtailing the possibility of exploring York Harbor walking paths. As my usual refrain goes, something to come back to in the future…