“Acadia National Park” is probably the more common way to identify the location of Mount Desert Island. It is not without reason, as the national park is a non-contiguous entity with several areas covering large portions of the island (and a couple of other islands as well). Not all of those segments are clearly marked as part of the national park – for instance, Bass Harbor Lighthouse (seen in the previous post) is accessible in a way that does not suggest entering or exiting the national park; I was convinced that it was located outside of the park’s boundaries until I looked up detailed NPS Maps.

Nonetheless, there are some parts of the island that are definitely outside of the boundaries of Acadia. Starting with the unmissable Bar Harbor, one of the prettiest and most colorful towns on the coast of Maine. 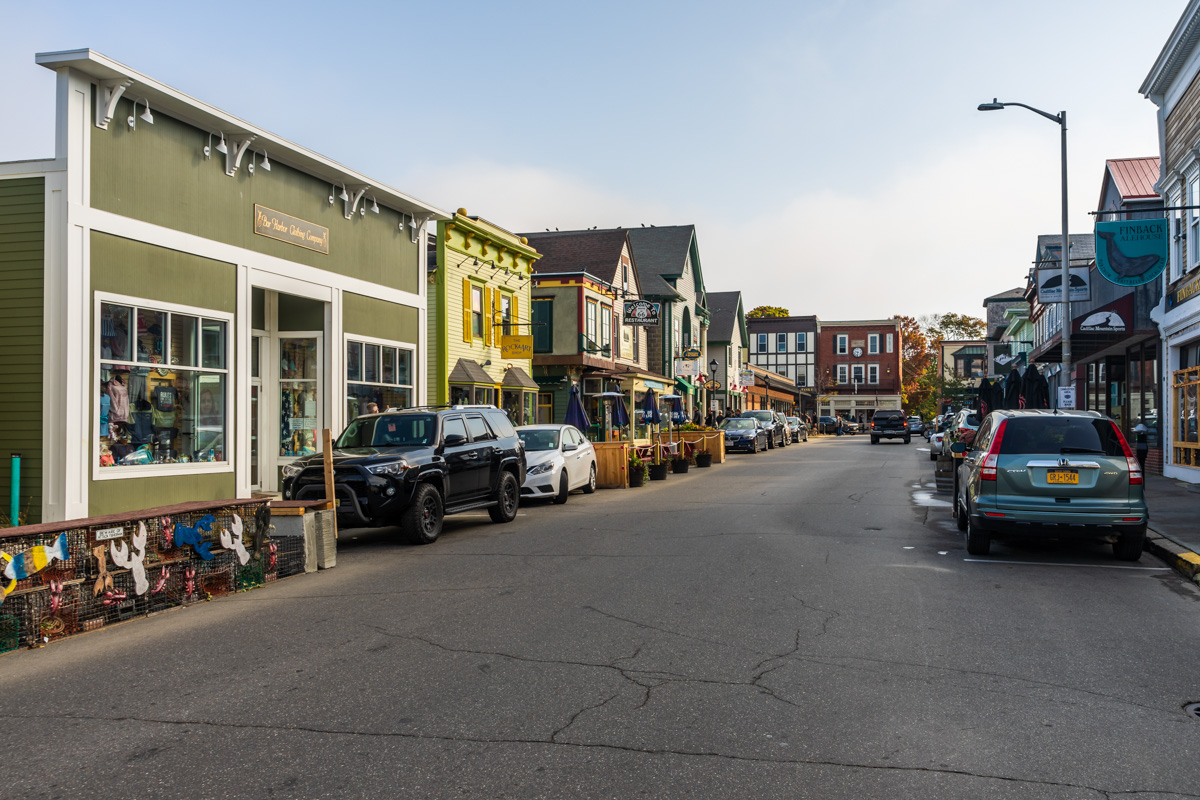 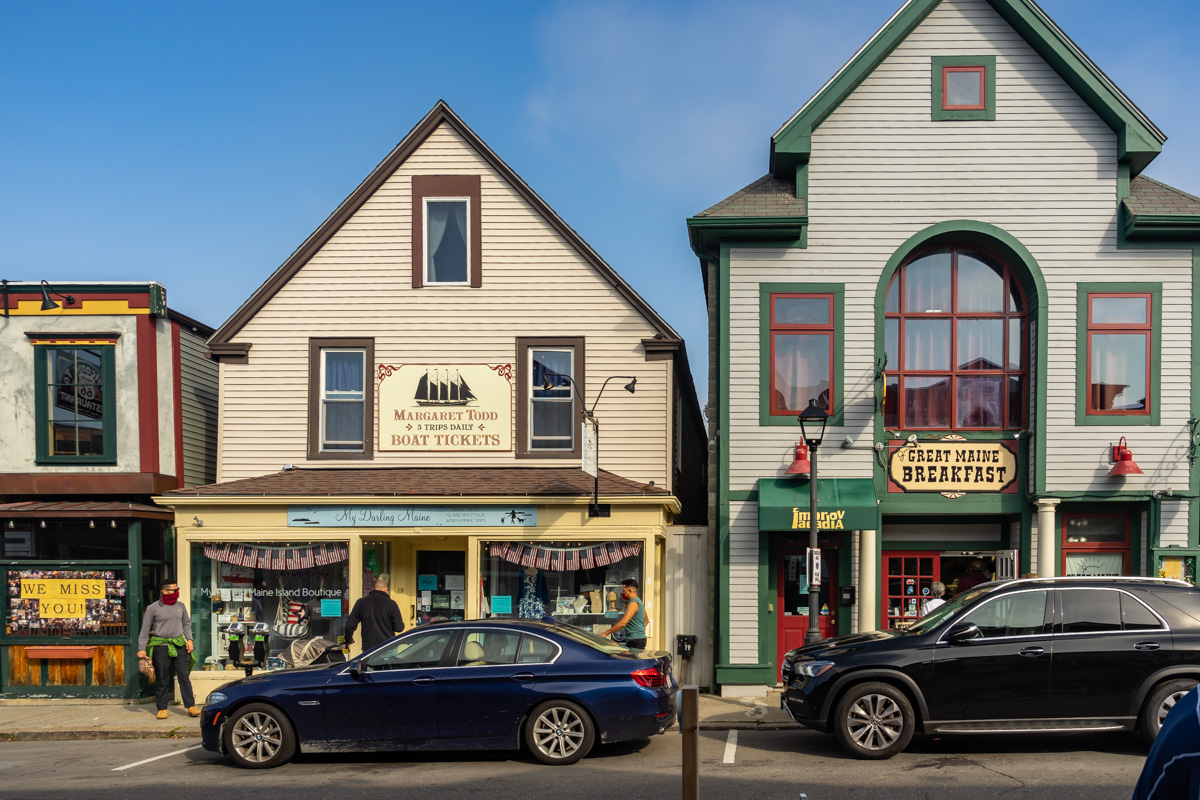 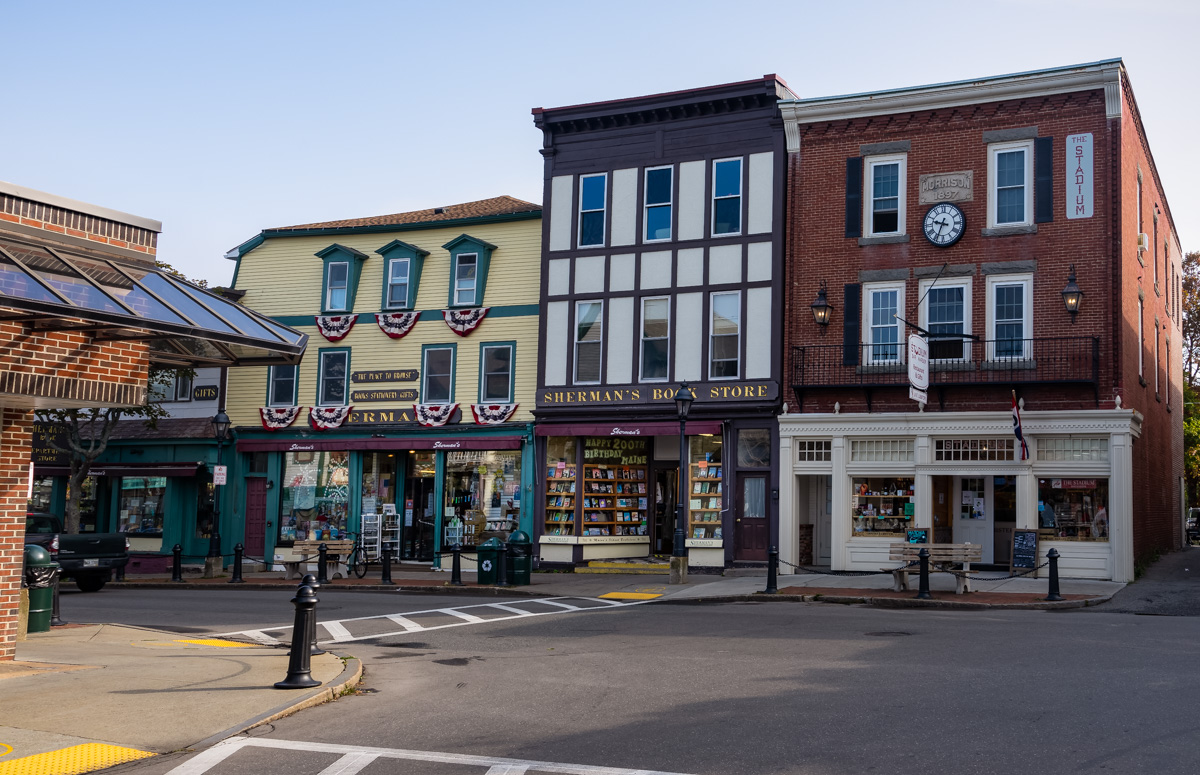 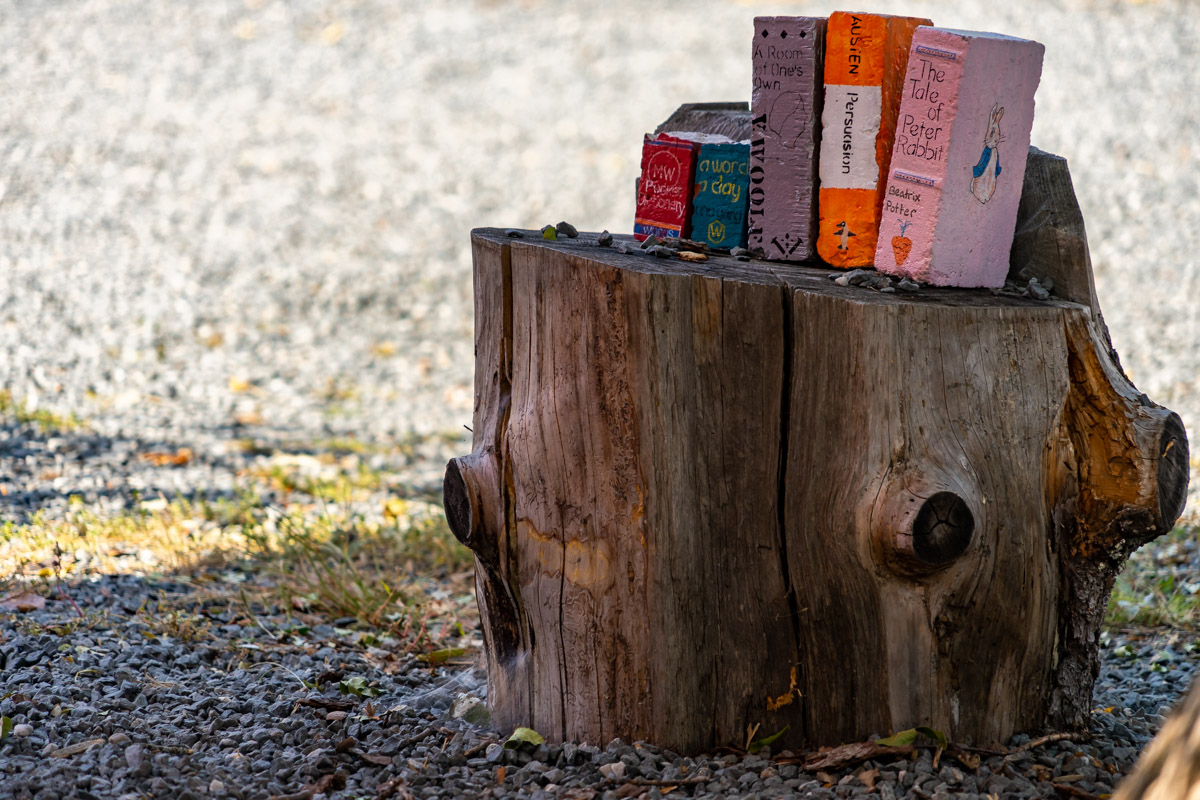 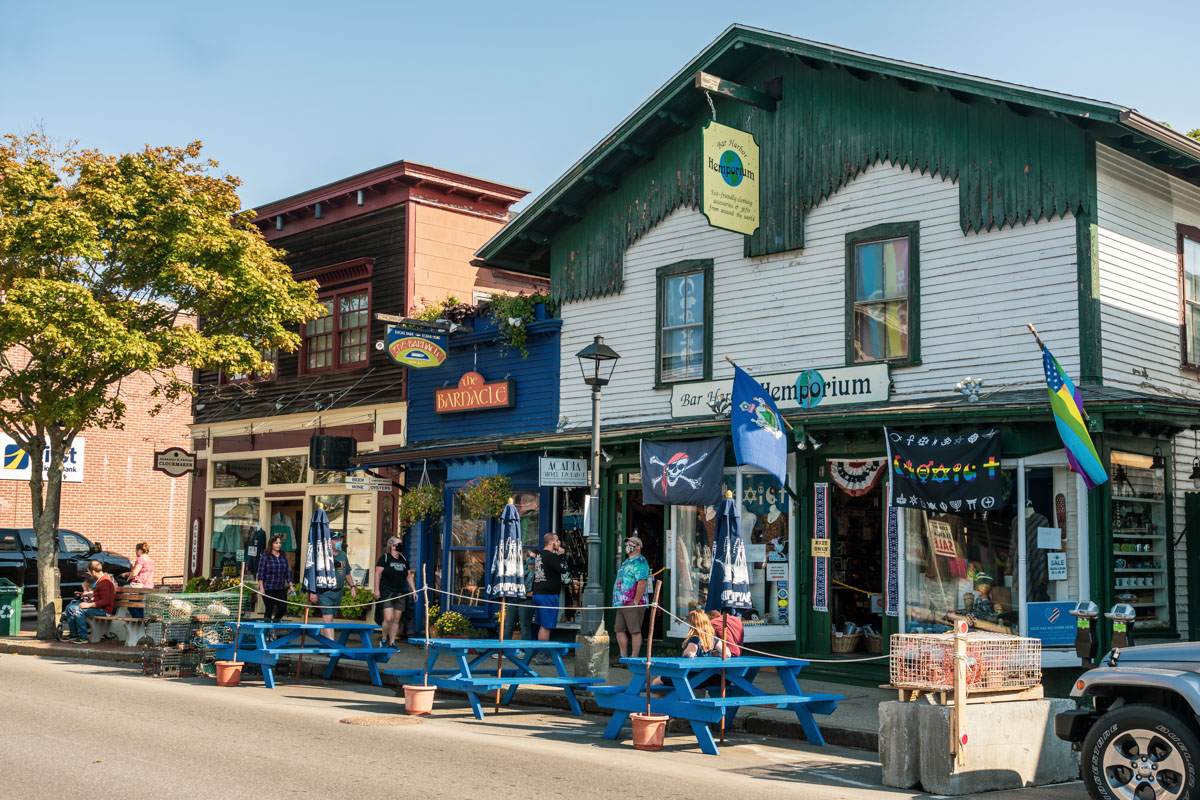 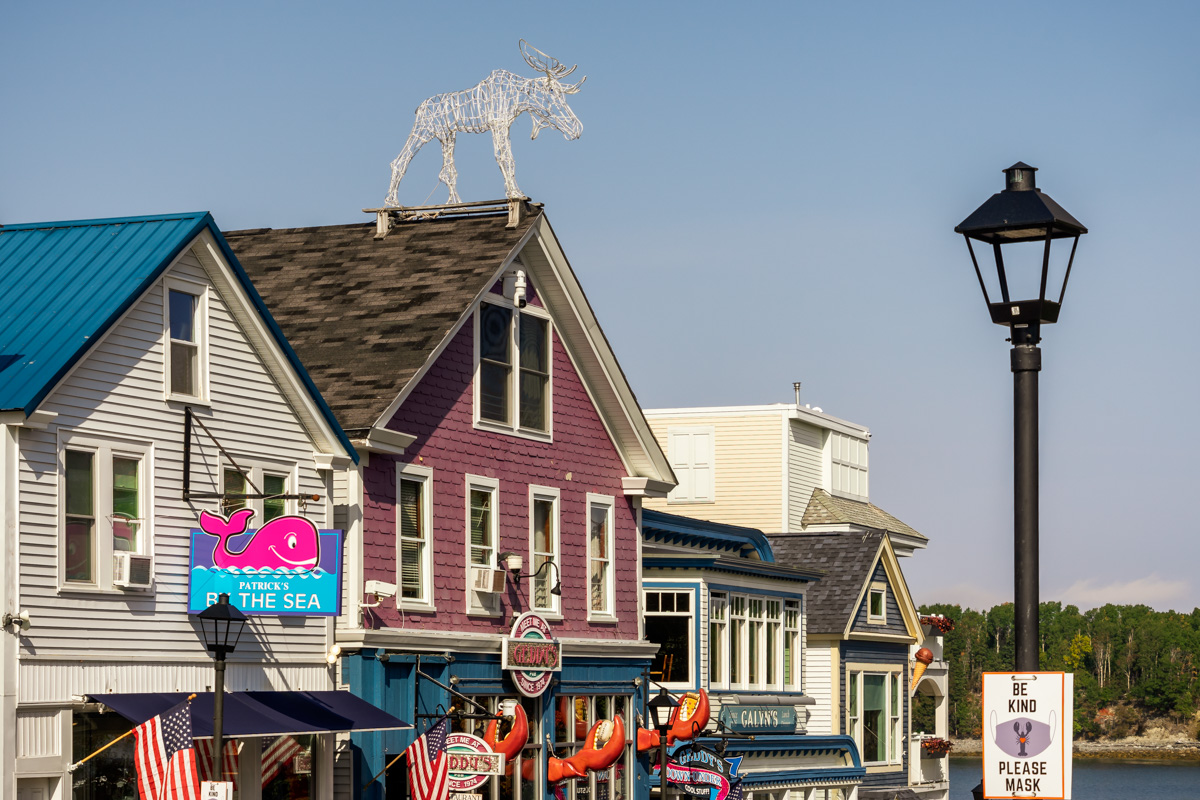 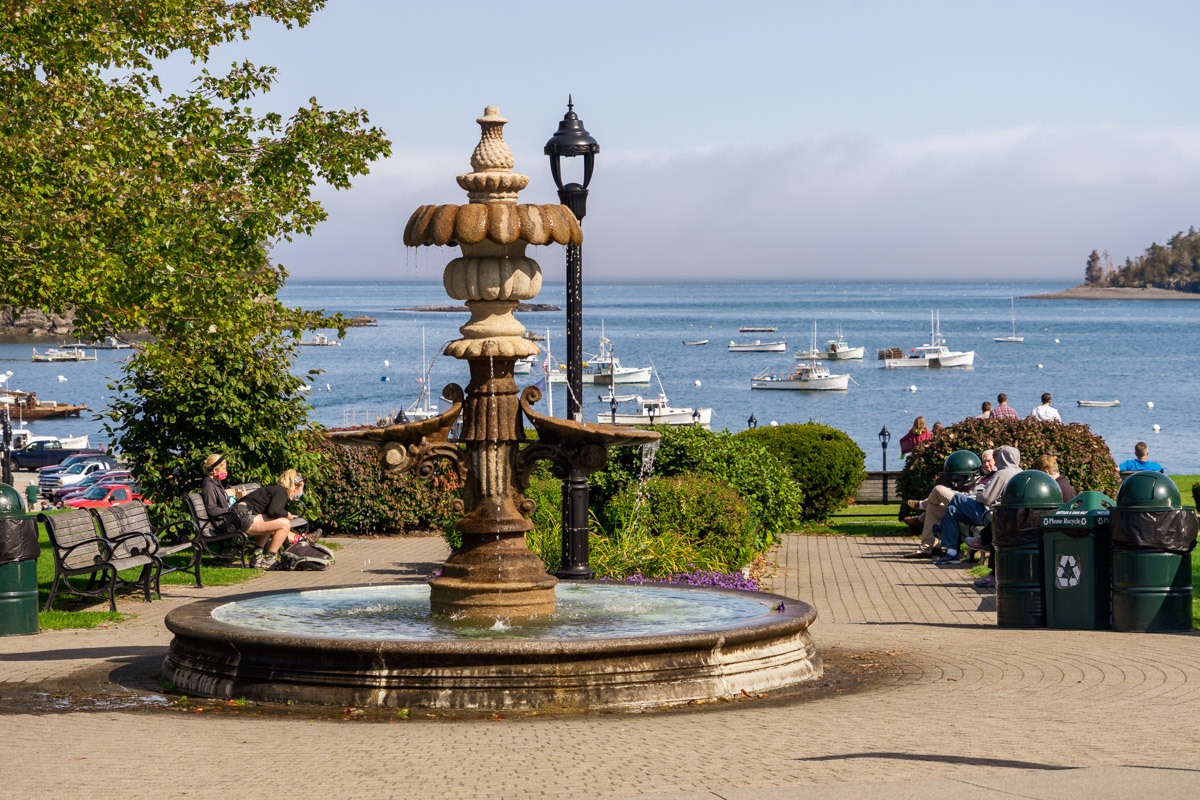 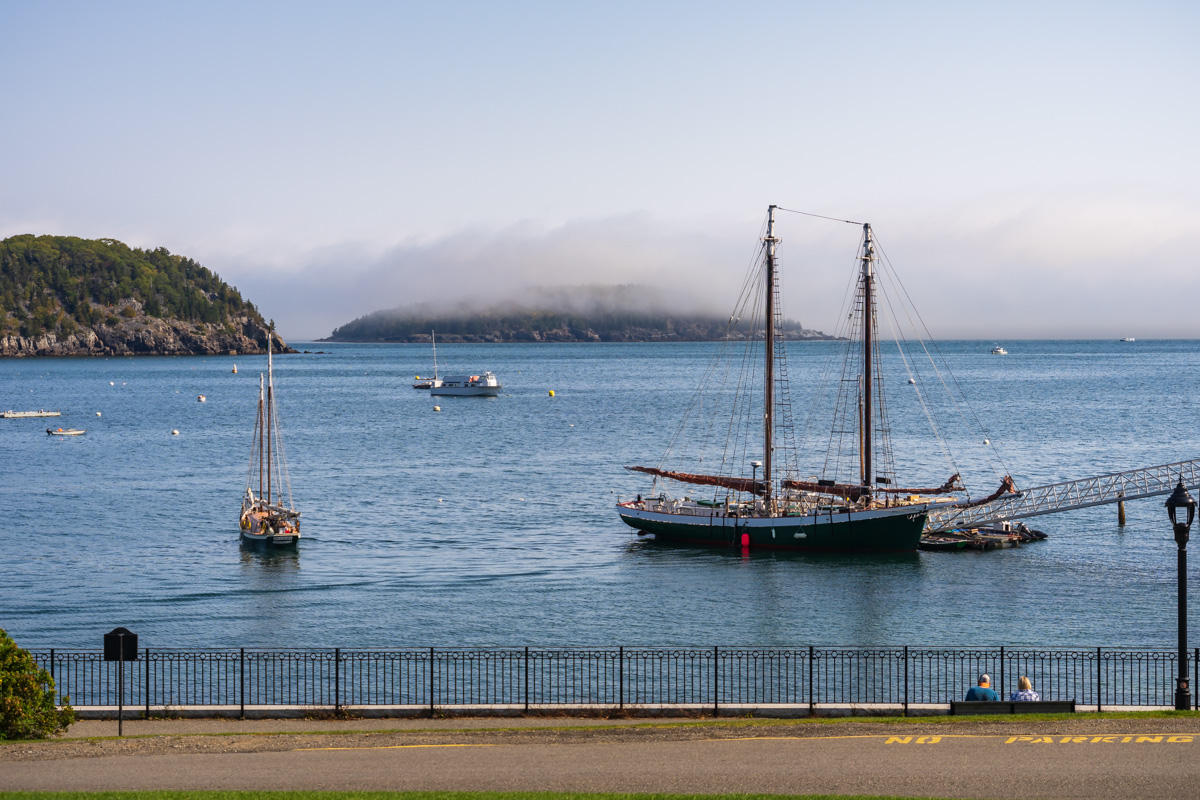 We did enter Acadia proper after leaving Bar Harbor. The most sought-out stretch of the Park Loop Road is on the southwestern edge of the island, highlighted by a number of picturesque rock formations. 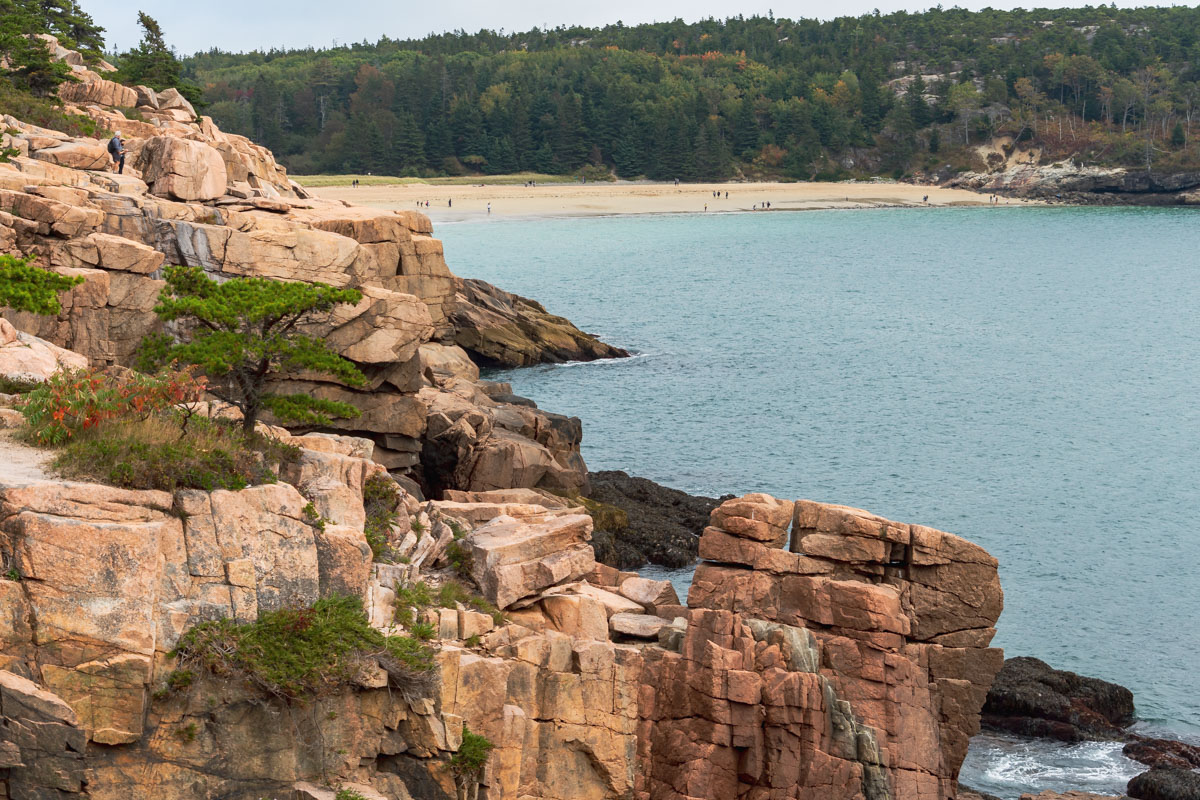 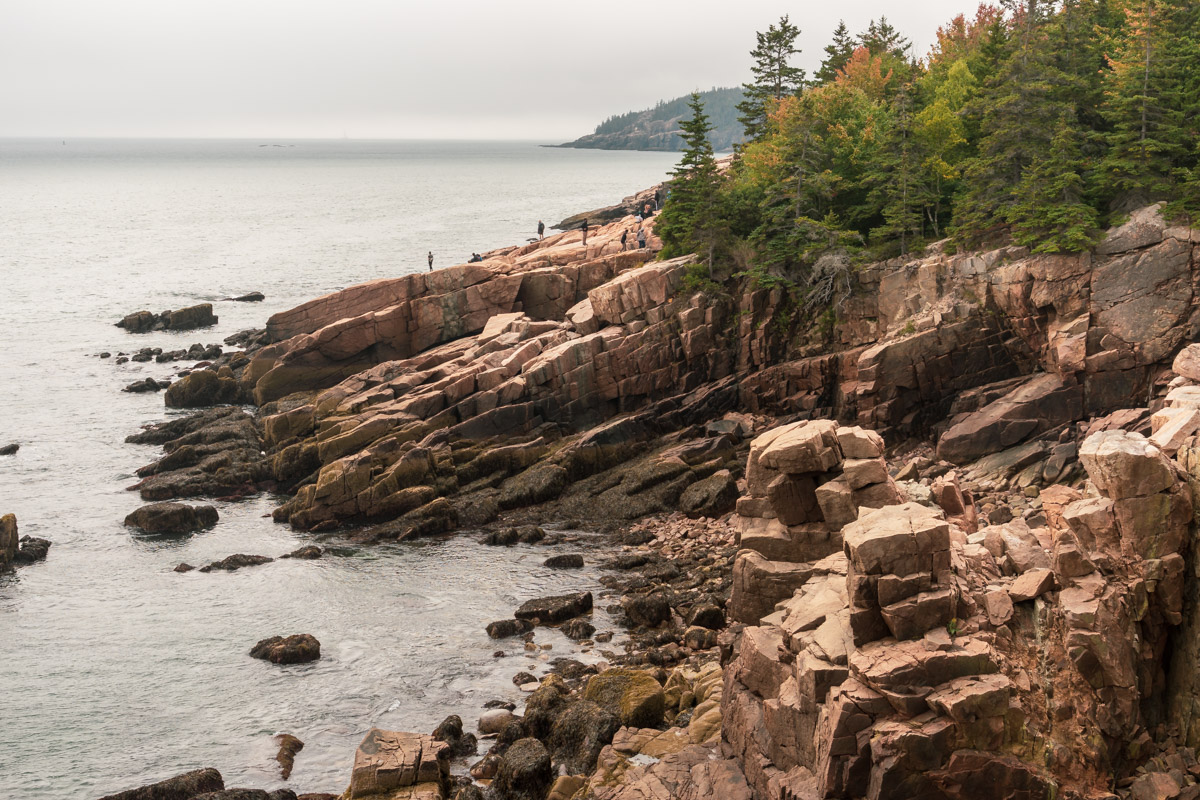 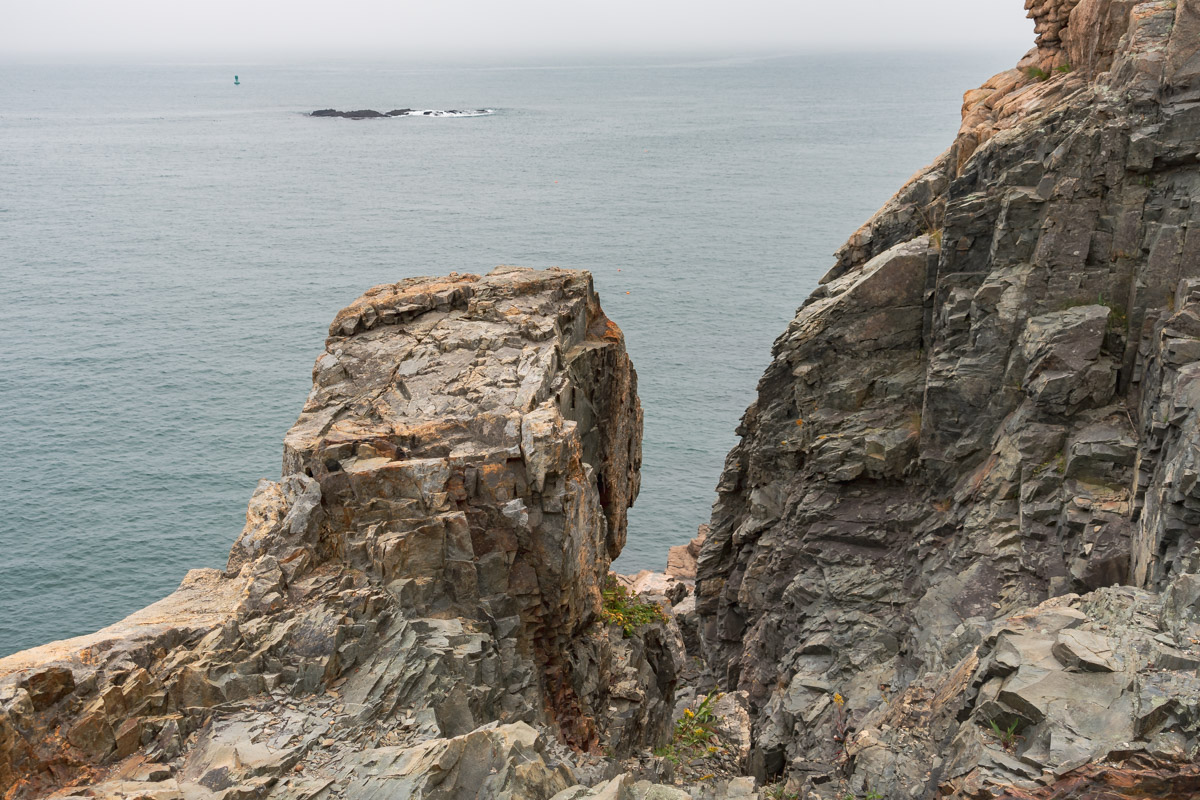 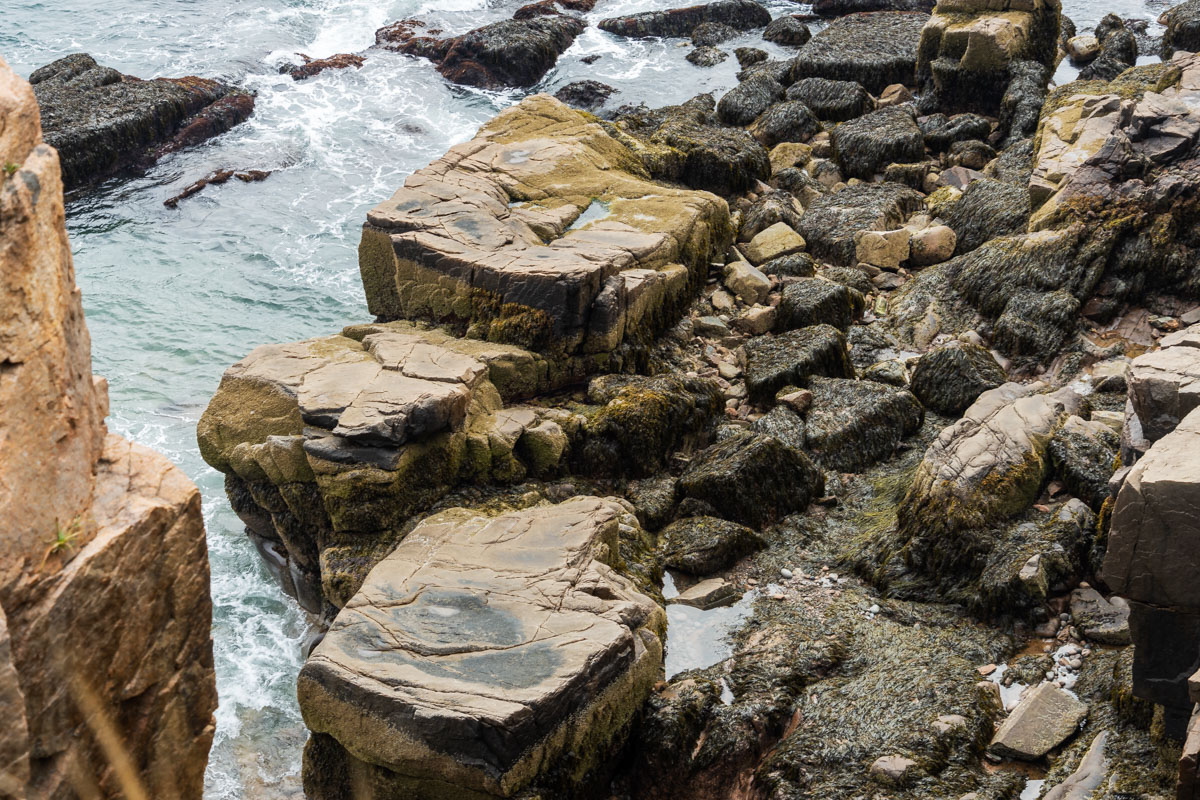 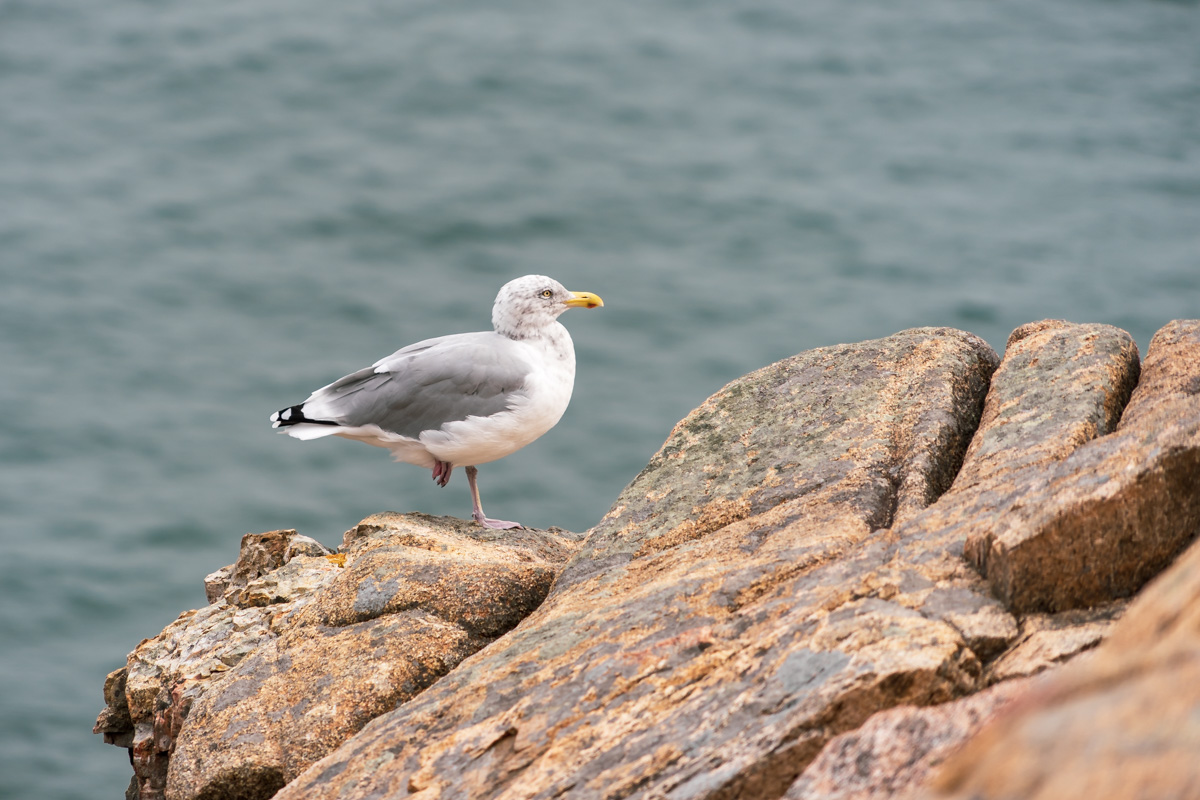 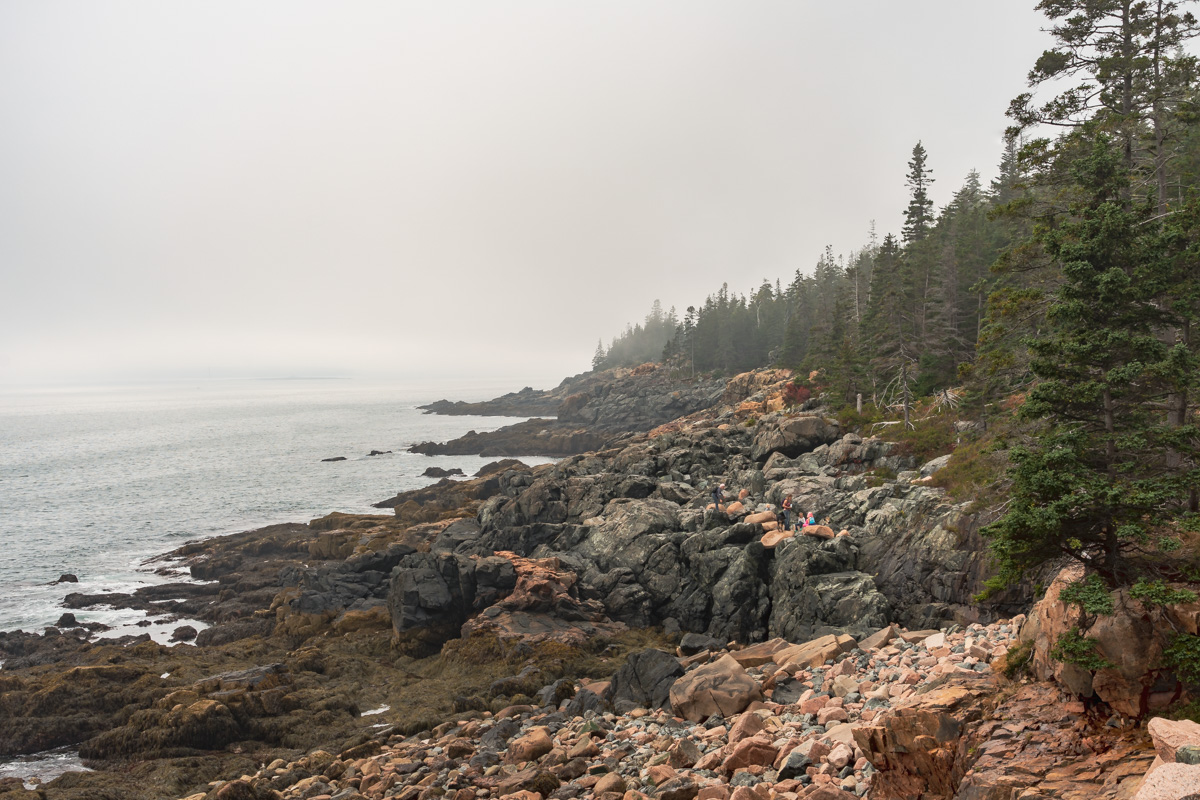 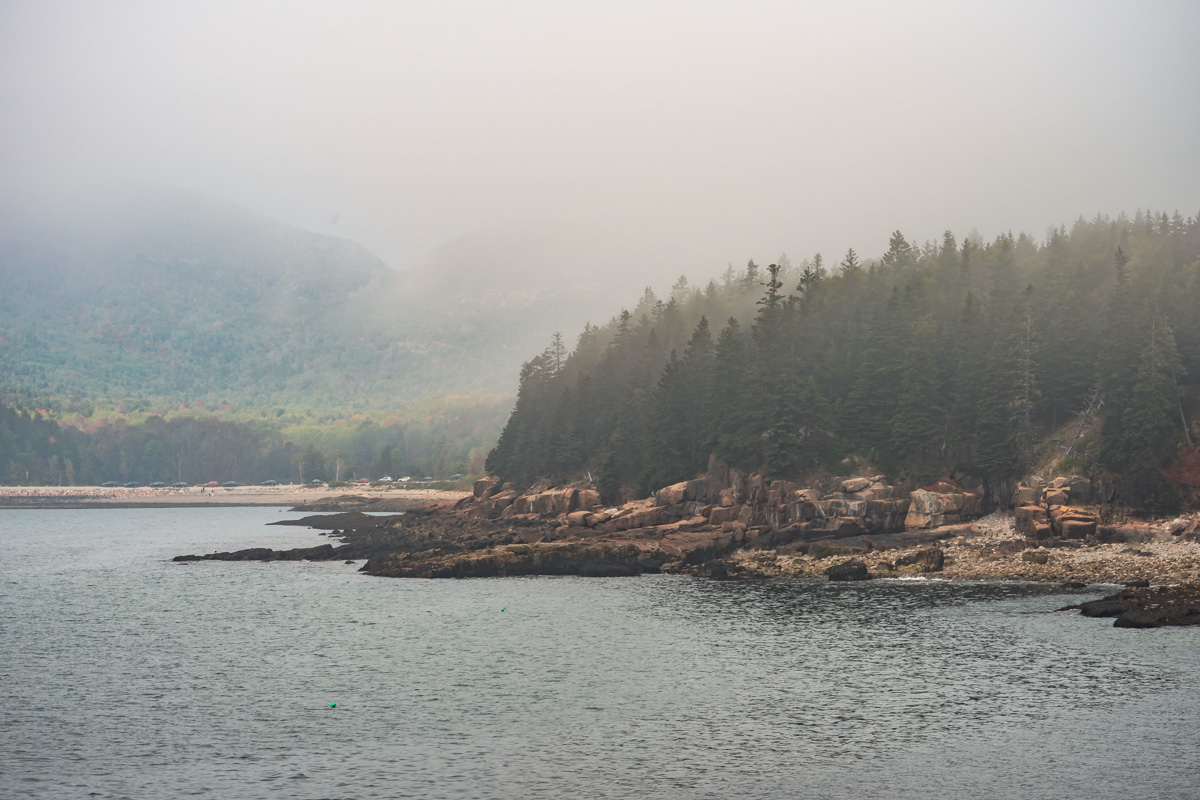 I should probably admit here that in all my years of living in the United States, I have never been to any national park before Acadia (although assorted members of the family can boast a slightly longer record of visiting national parks). As any nature enthusiast will tell you, national parks offer innumerable pleasures for hiking enthusiasts. Me, I am far from being such an enthusiast – and on this occasion, nobody in our party raised a pretense of being an avid hiker. We only did a driving loop with various coastal stops, leaving miles of the walking trails to those who could enjoy them more. 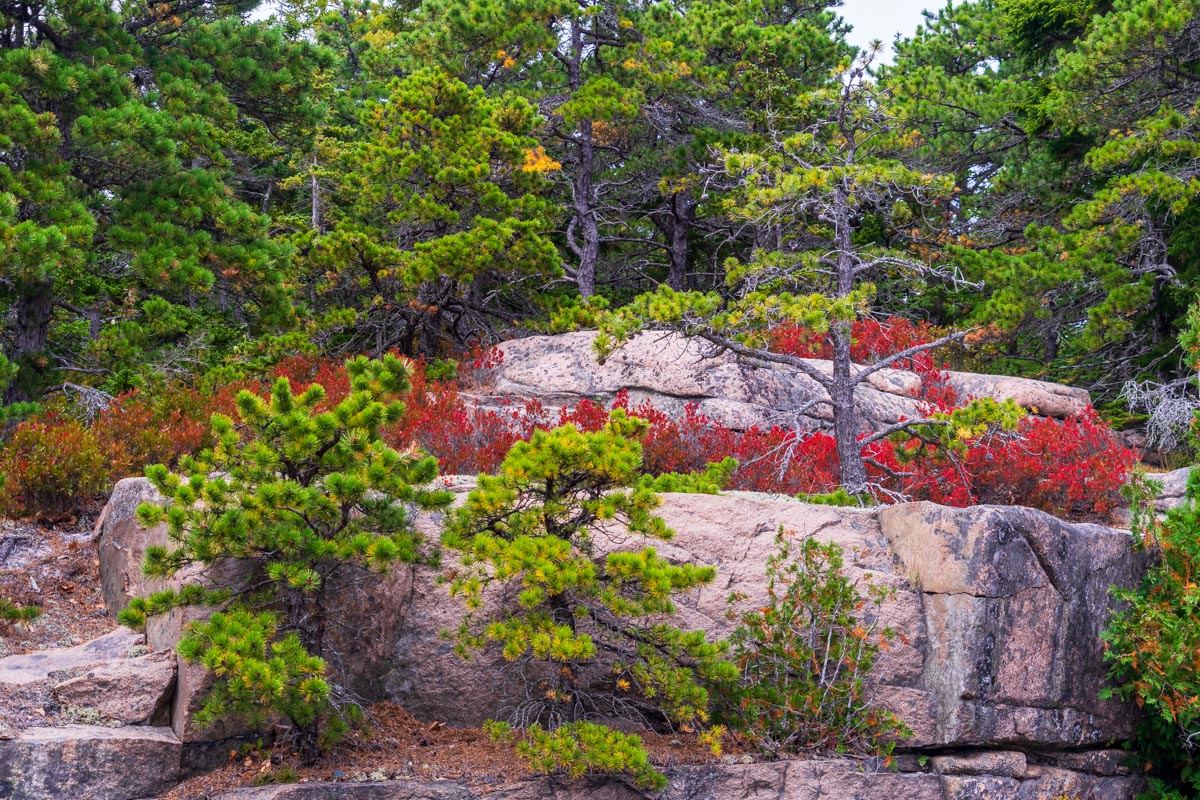 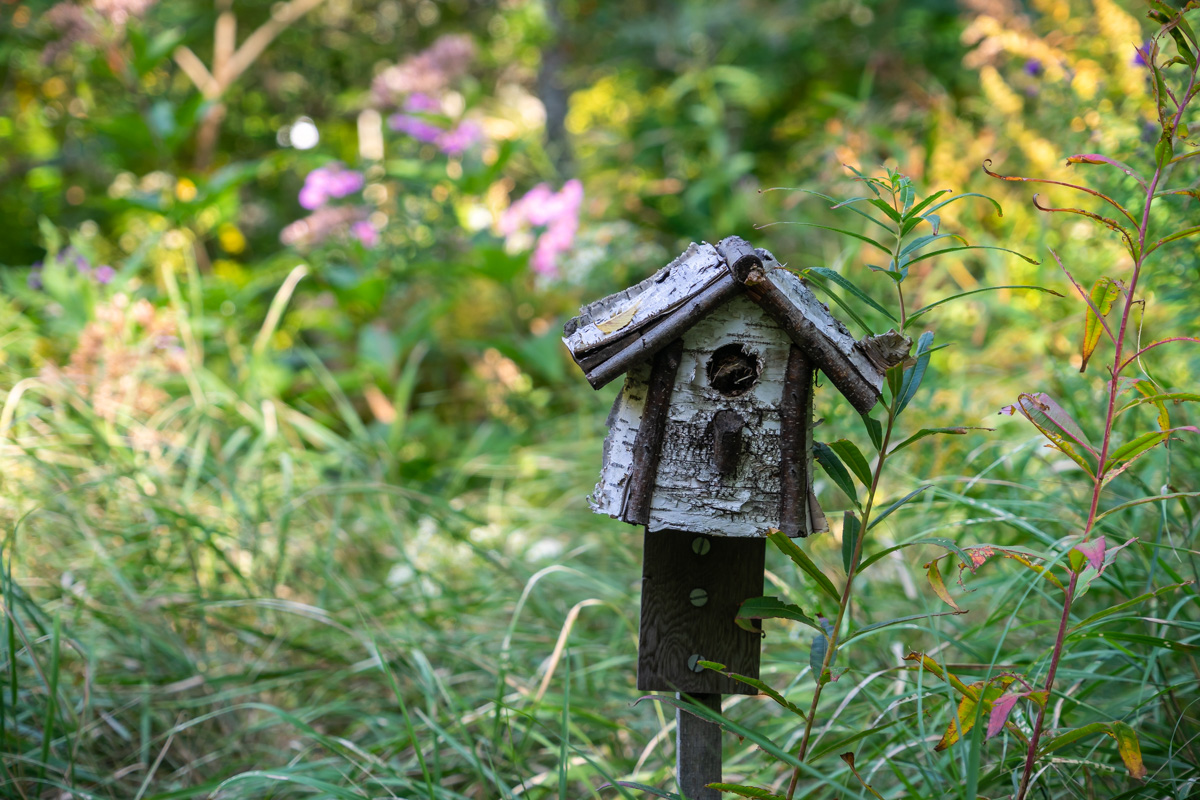 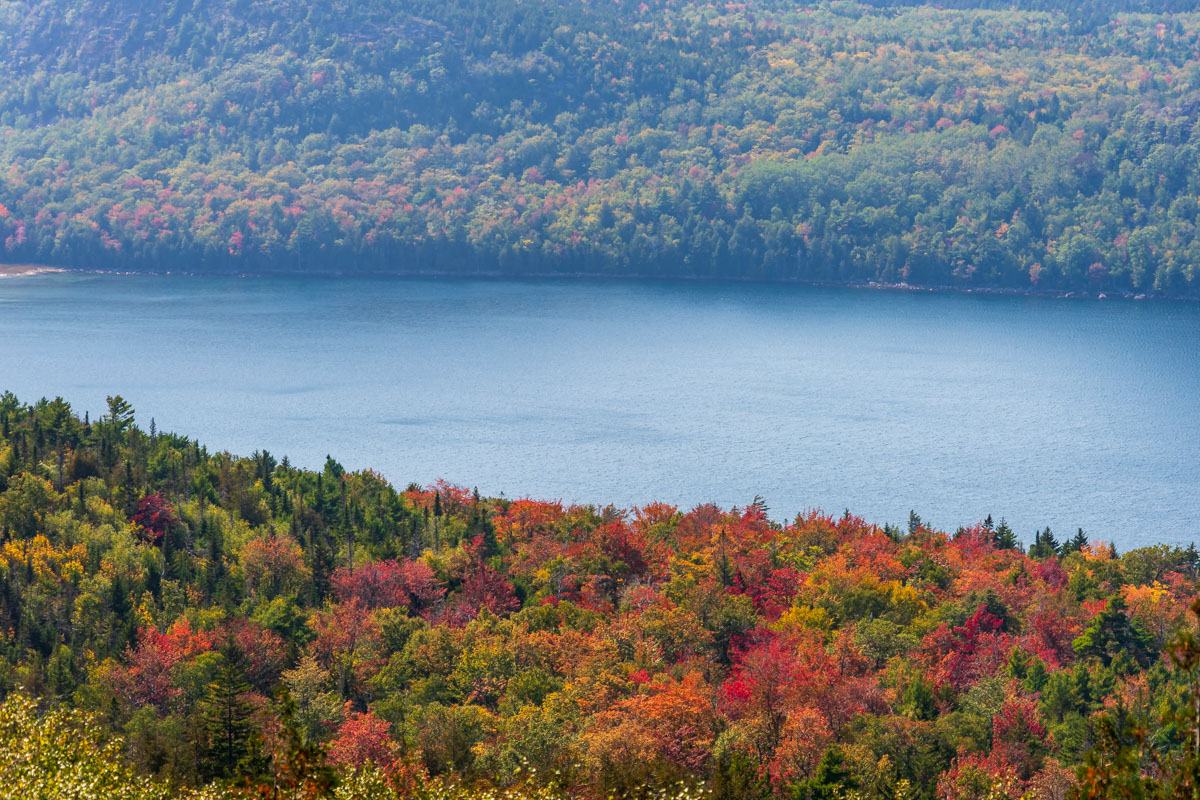 We capped our drive around the park with the stop at the highest point on the North Atlantic seaboard – the Cadillac Mountain. The views towards Bar Harbor and the nearby islands are singularly breathtaking. 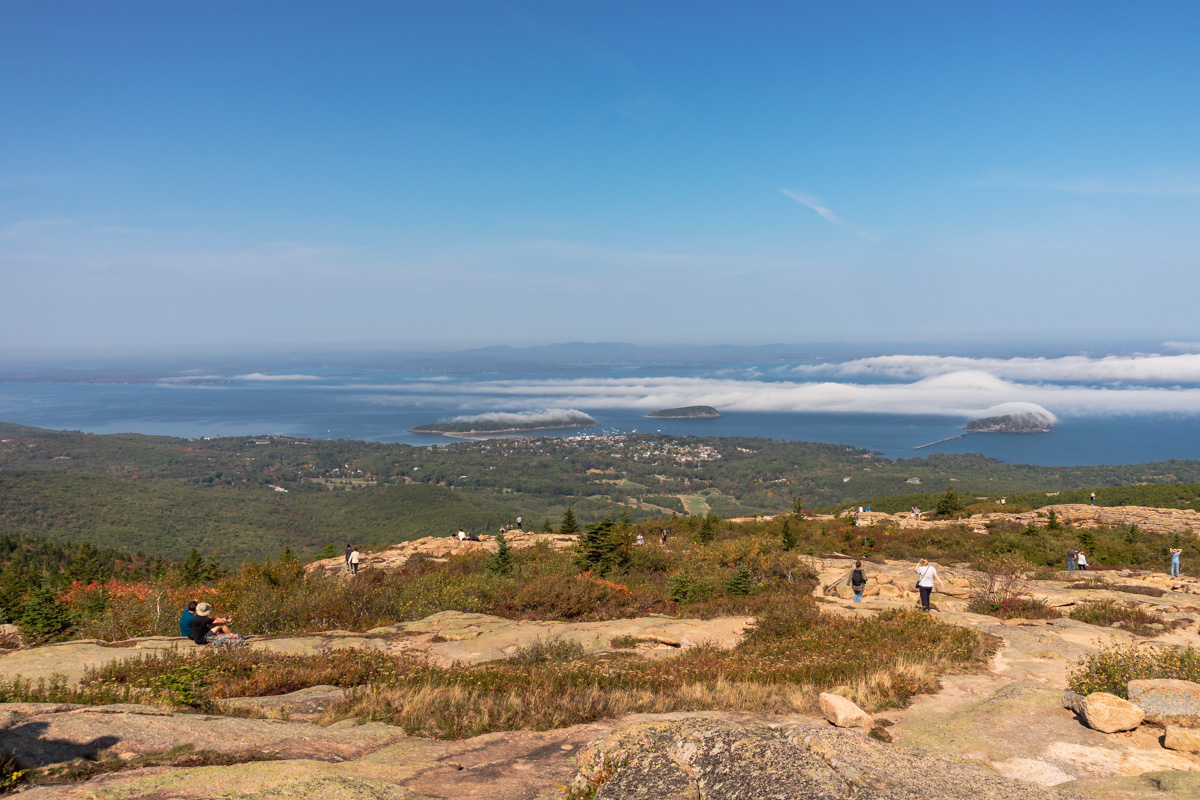 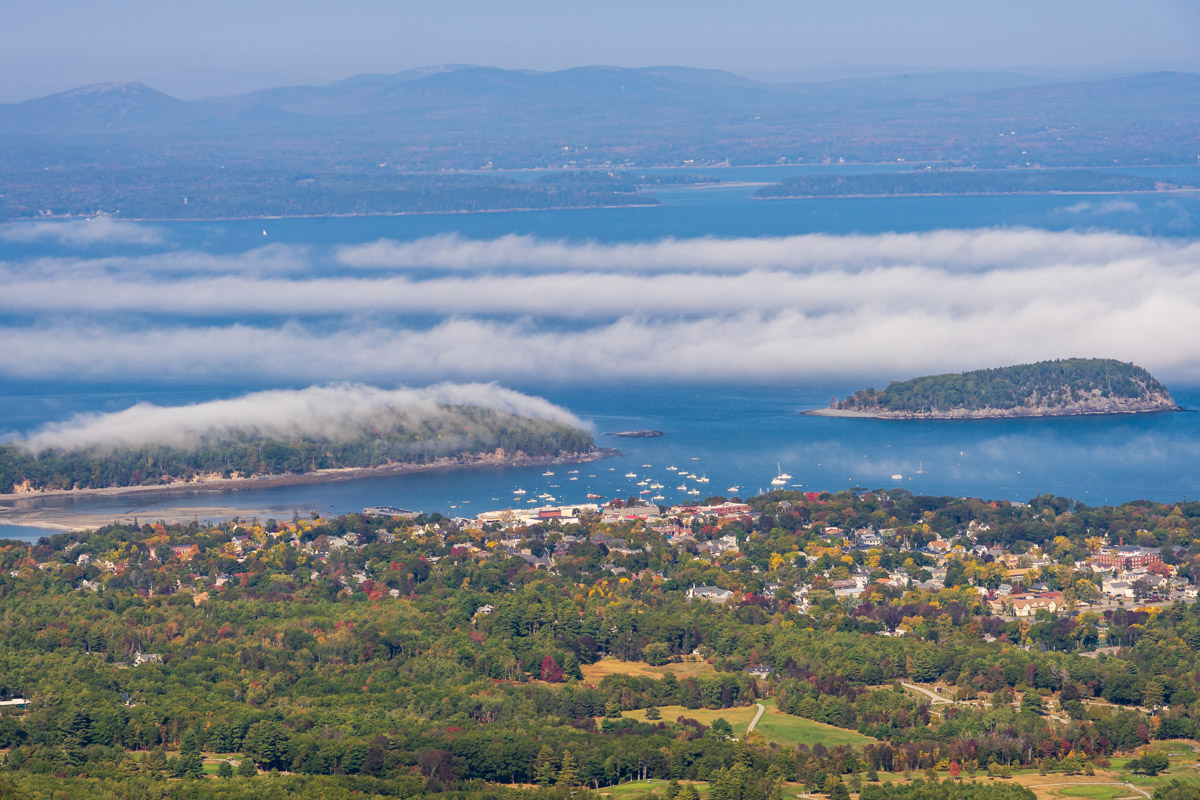 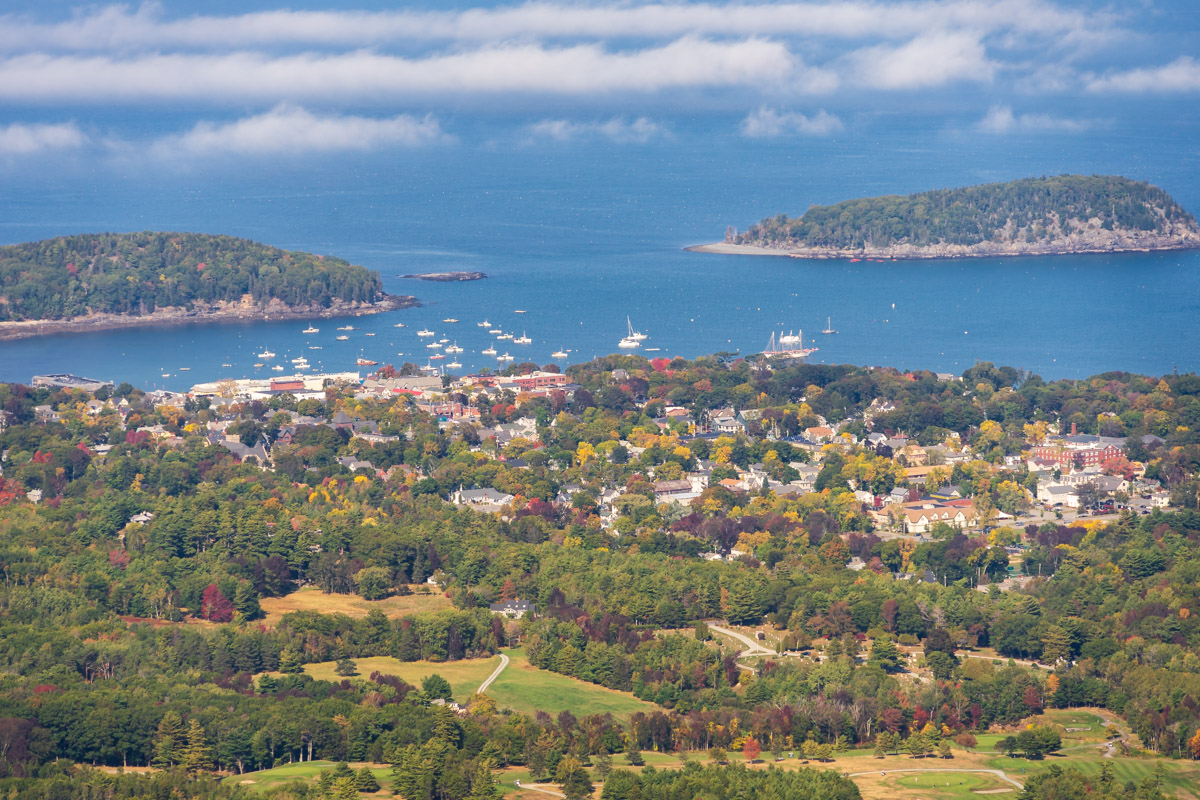 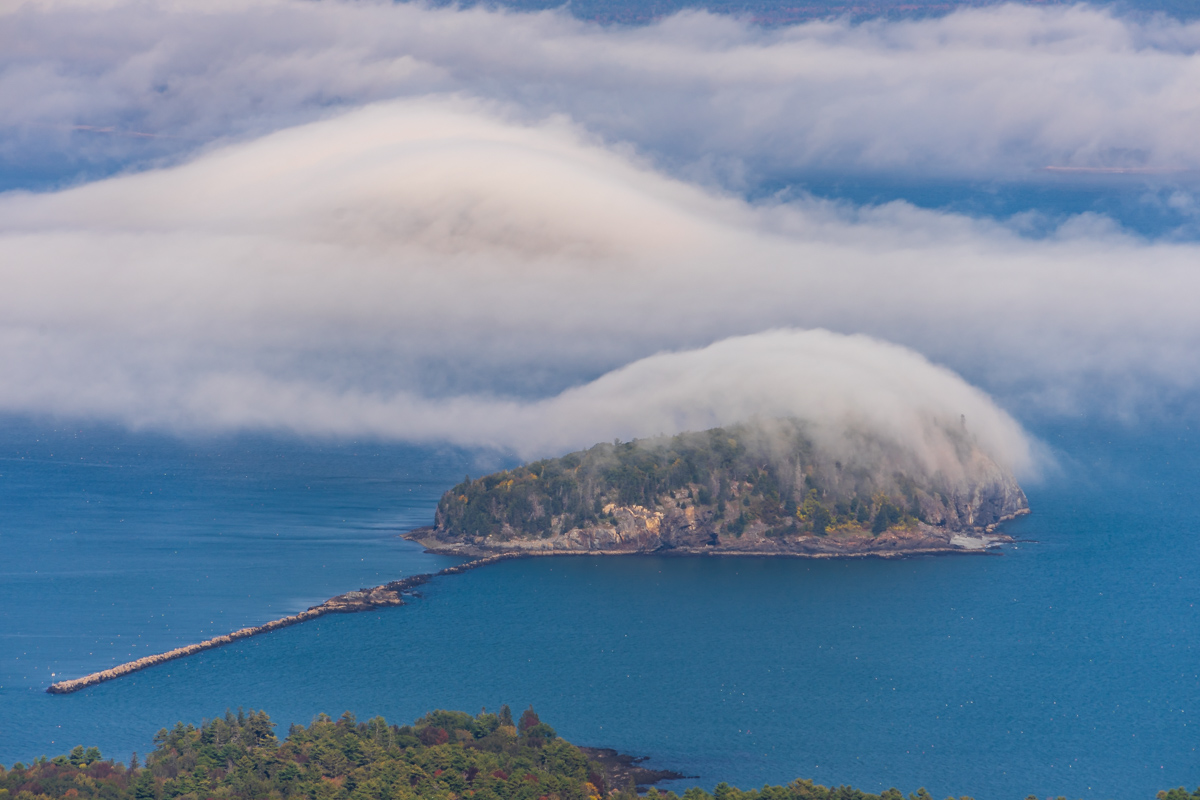 Interestingly, although the late-September day was in general gray and insipid, those clear skies at the top of the mountain went a long way to make my recollection of the entire trip as a fairly colorful affair.

Afterwards, we drove through a few other places on the island and likely in the national park, including the aforementioned Bass Harbor. We also stopped for lobster rolls at a popular establishment in Southwest Harbor, which allowed me to take a few of these perspectives. 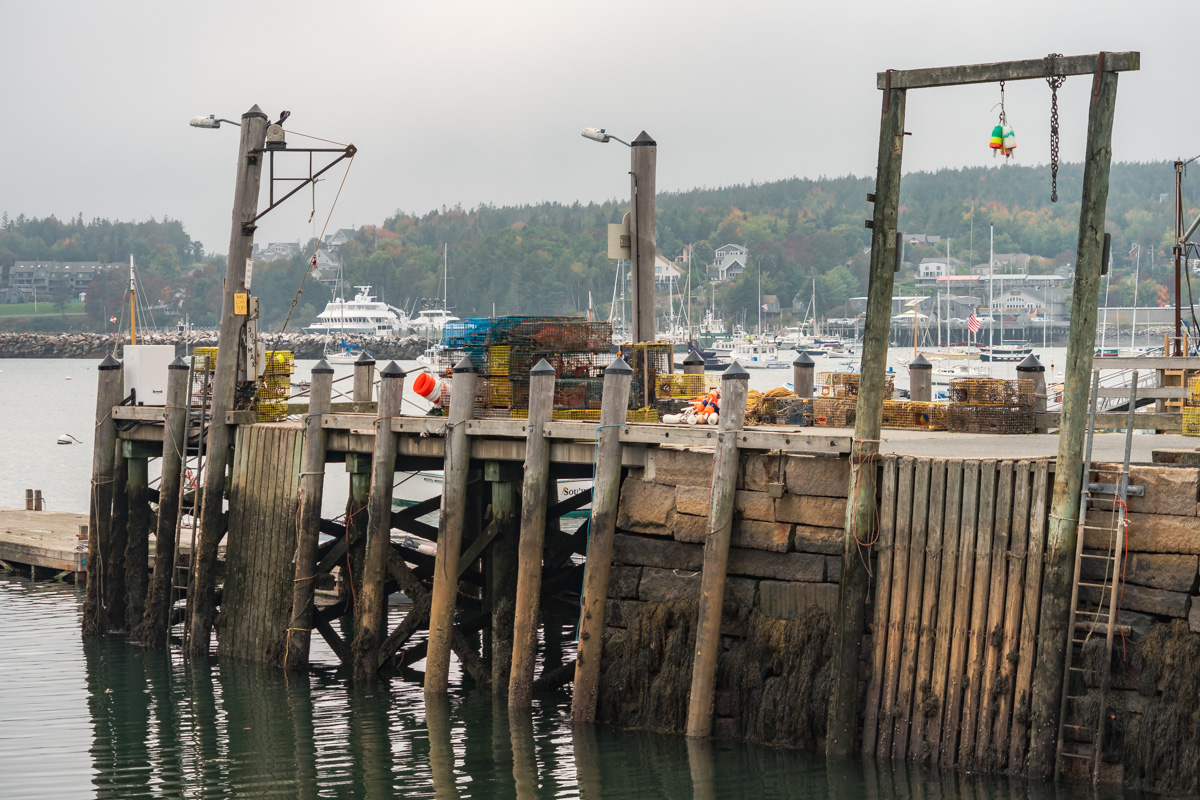 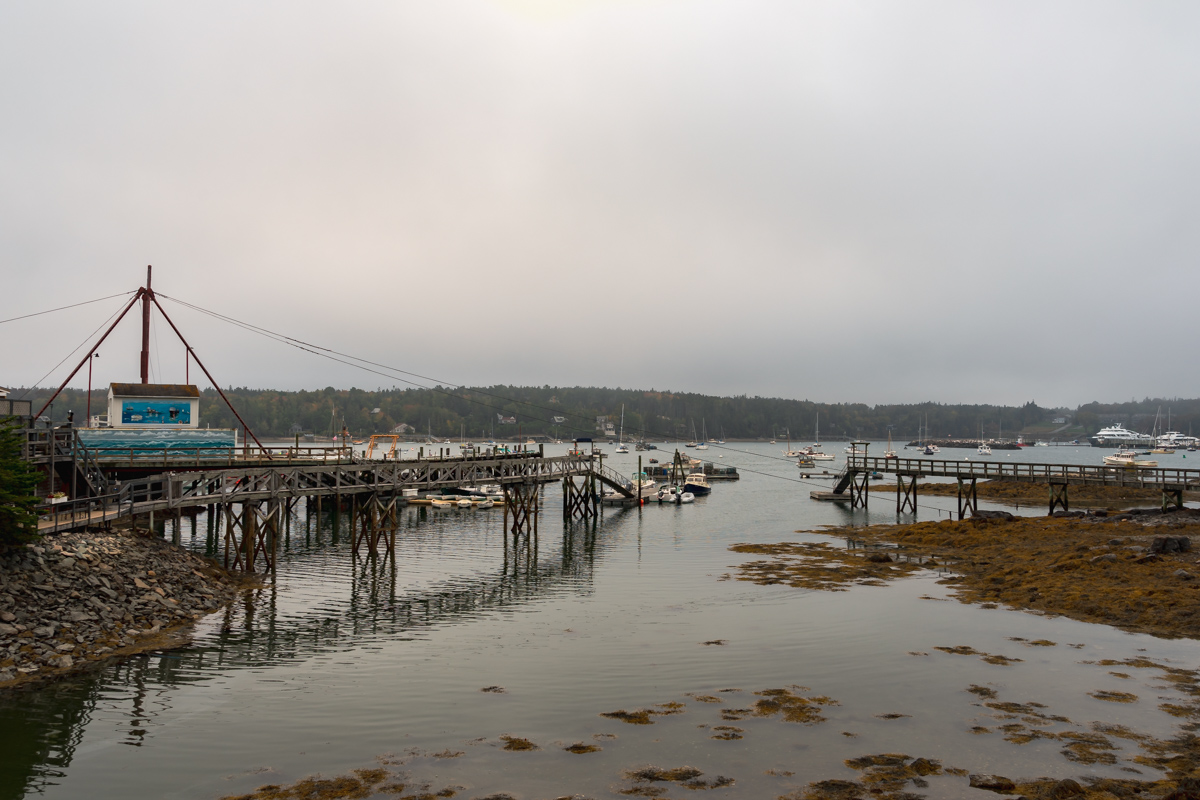 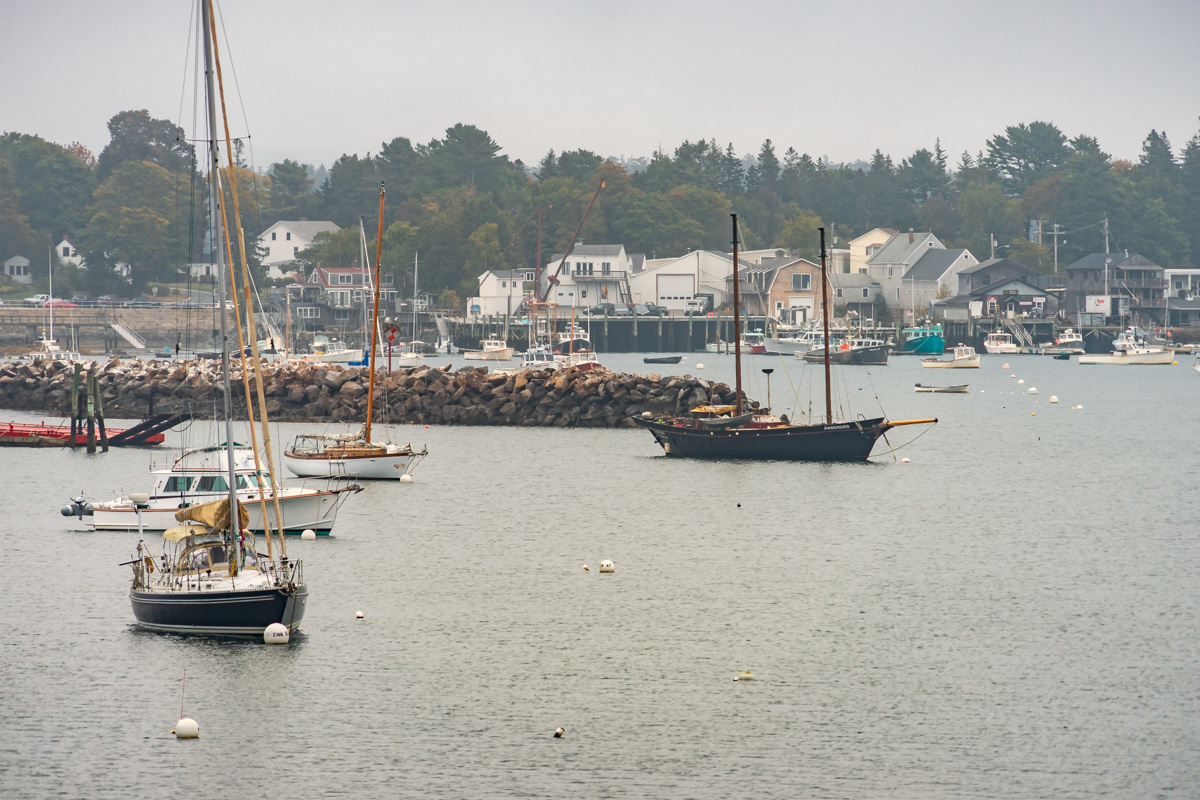 This late 18th-century wooden bridge in Somesville is one of the most photographed sights on the island, so I could not not stop by before leaving. 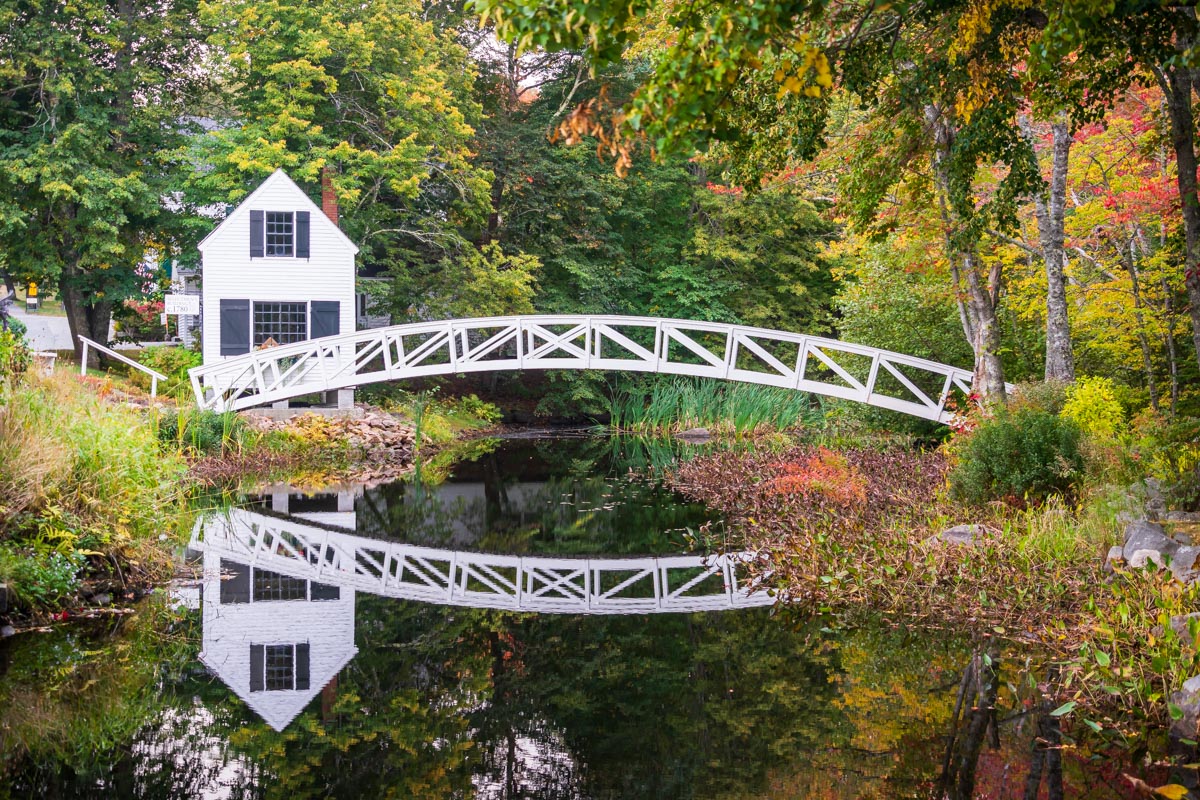 I expect – and that is proven by friends’ accounts – that you can spend three-four days easily exploring Acadia’s trails and the rest of Mount Desert Island. One day was just about enough to get an introductory look at the main highlights.