Lighthouses are among Maine’s best-known points of interest, and on our recent trip we specifically marked out a few for a visit. With just a couple of exceptions, they all turned out to be true highlights of the trip.

Our first stop was the Portland Head Lighthouse. One of the most photogenic, it sits at the edge of a seaside park with wonderful perspectives from a number of vantage points. 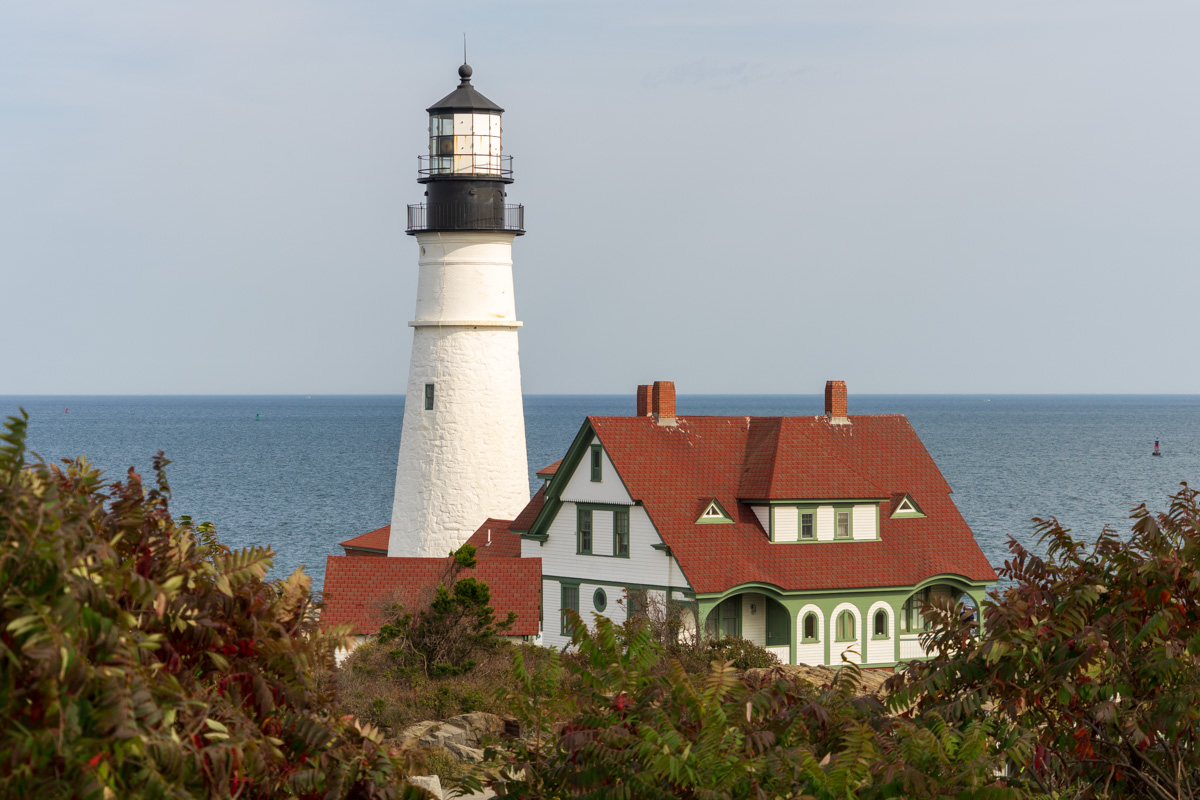 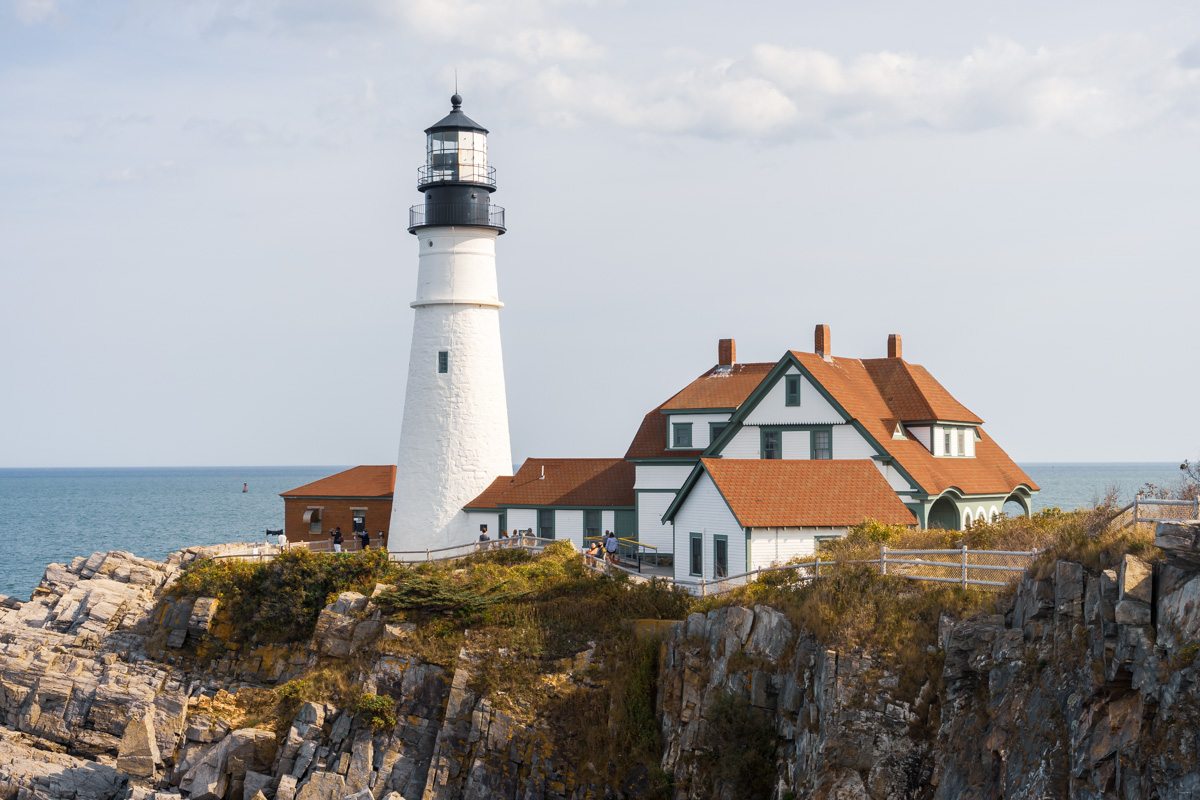 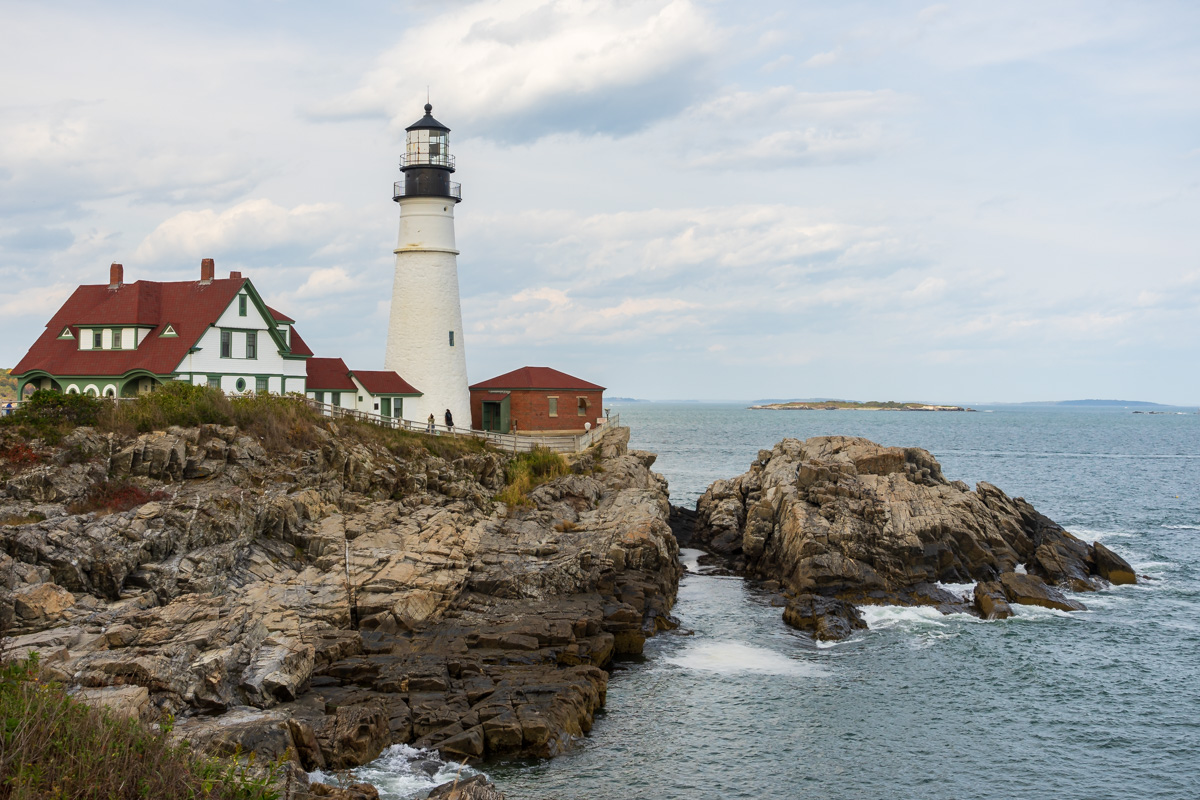 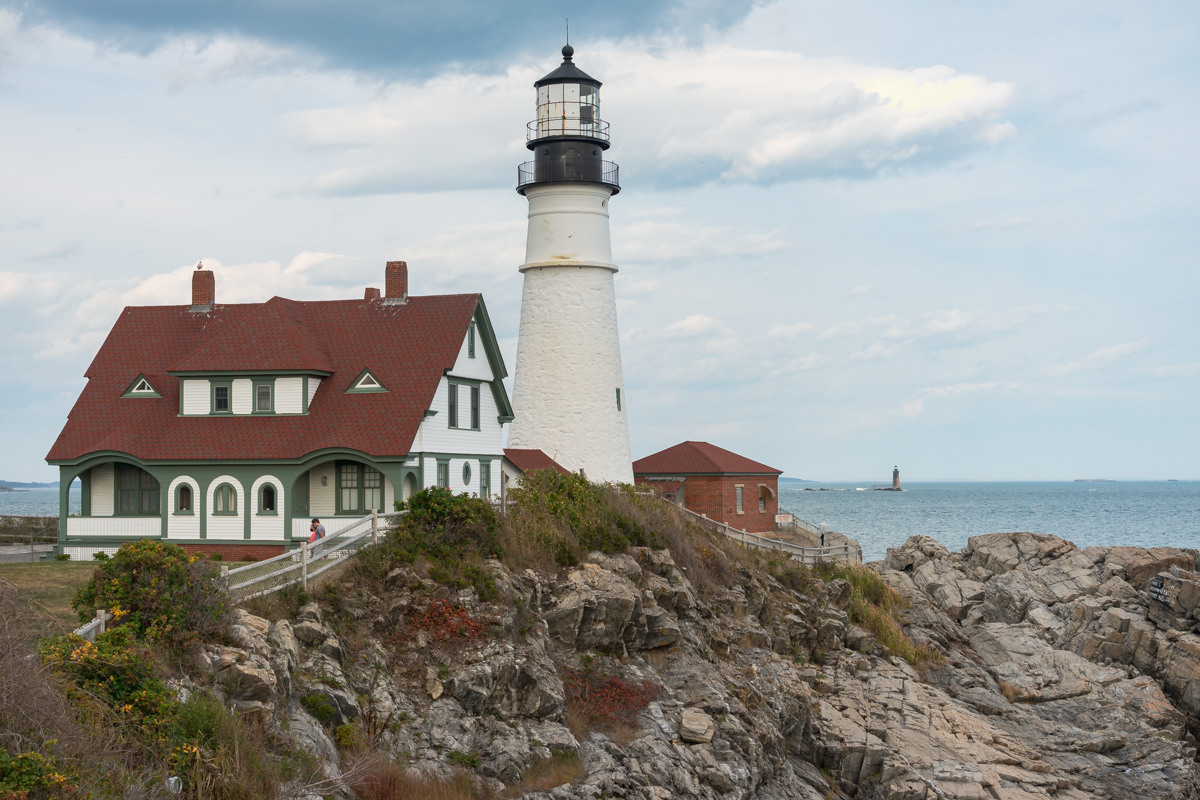 In the distance in the above shot you can see another lighthouse, Ram Island Ledge Light. Here is a closer view. 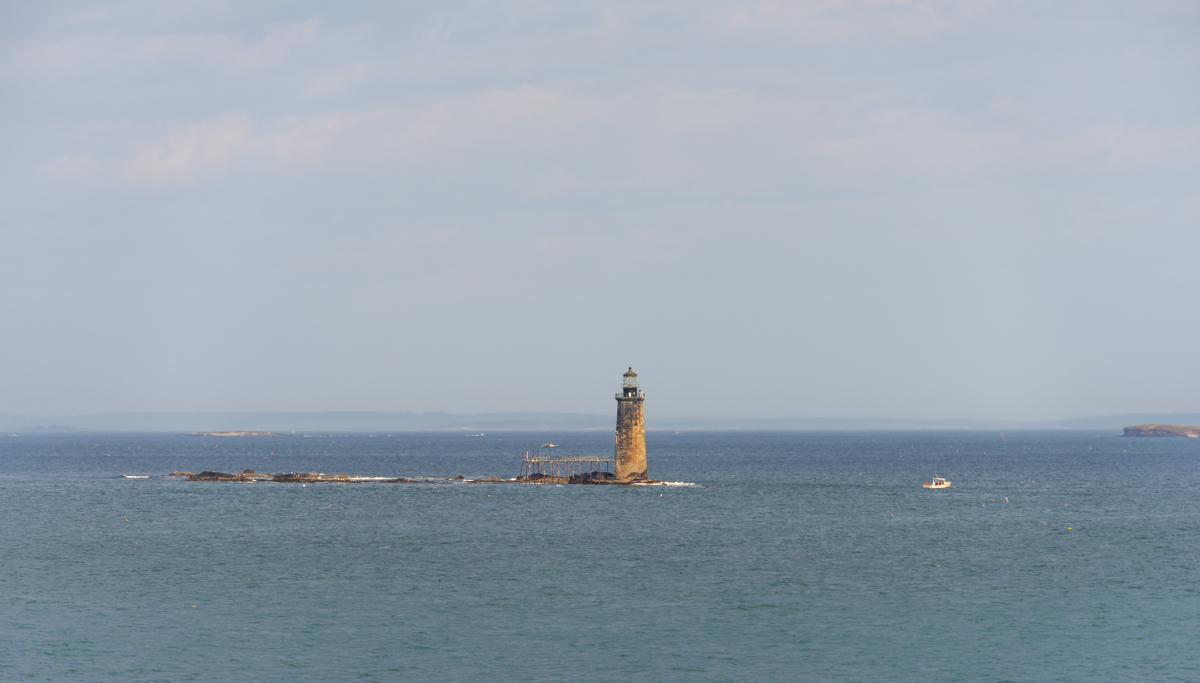 Cape Elizabeth Lighthouse (aka “Twin Lights”, due to the fact that there are two towers in close proximity to each other) was a disappointment. It is located on private land and can only be seen from distance with no open views. Although I knew that in advance, I hoped for a better perspective than the couple that I found, neither of which even allowed me to get two towers in one shot. Here is the better of the views, making the cut for this post purely as a warning to others against spending time on attempting to see this particular lighthouse. 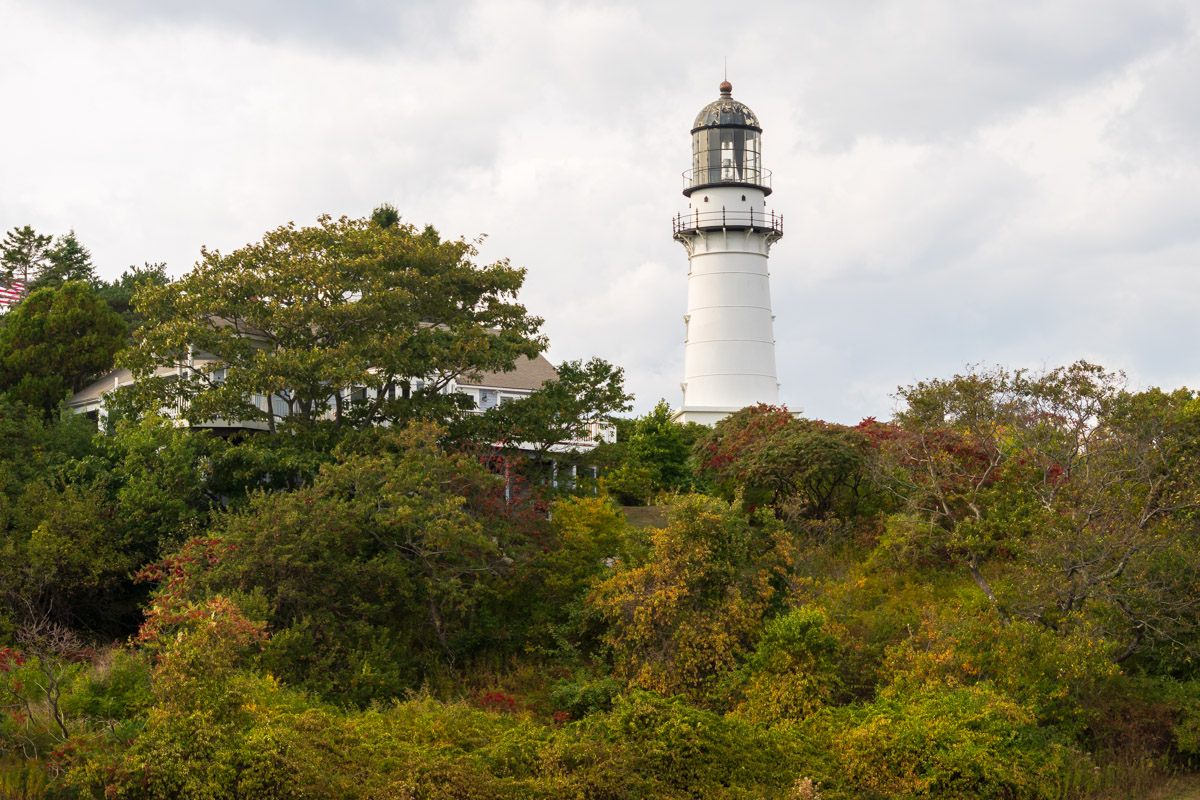 Pemaquid Point was the only instance where we had to pay a fee in order to get close to the lighthouse. In normal times, that fee entitles you to both the lighthouse itself and to the small but informative Fishermens Museum next to it, plus to the art gallery that occupies one of the nearby buildings. We did step into the museum but skipped the gallery. Interior access to the lighthouse was not possible due to Covid restrictions (the same as at every other lighthouse). From the exterior, though, the station also looked quite picturesque. 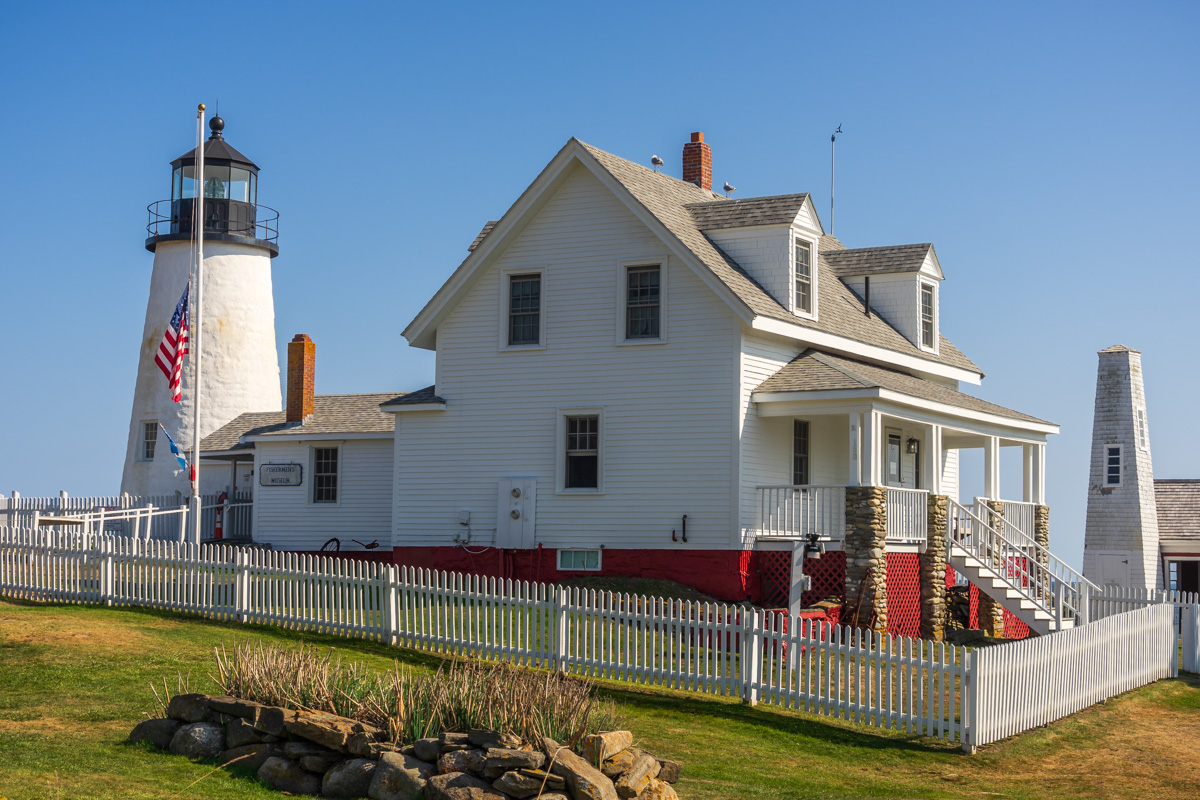 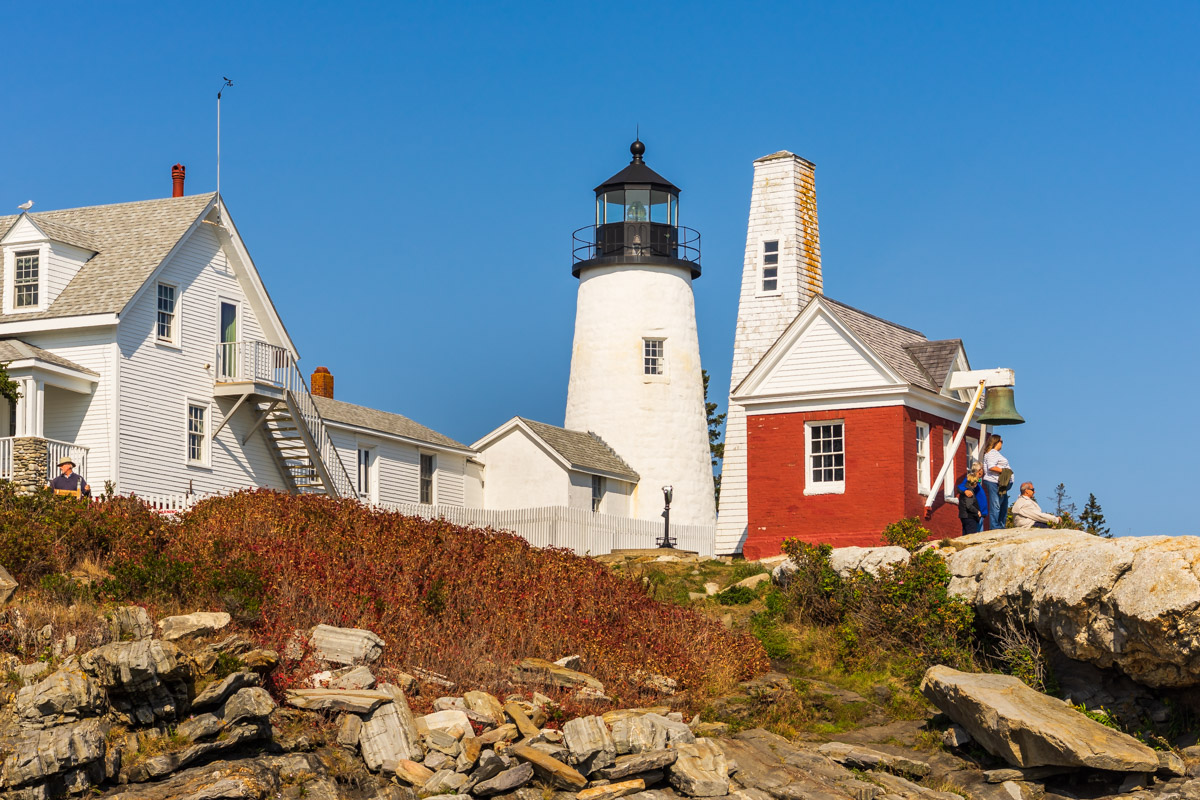 Unimpeded access to the surrounding rocks was a nice bonus both to the children looking for something fun to do and to the photographer types looking for different perspectives. 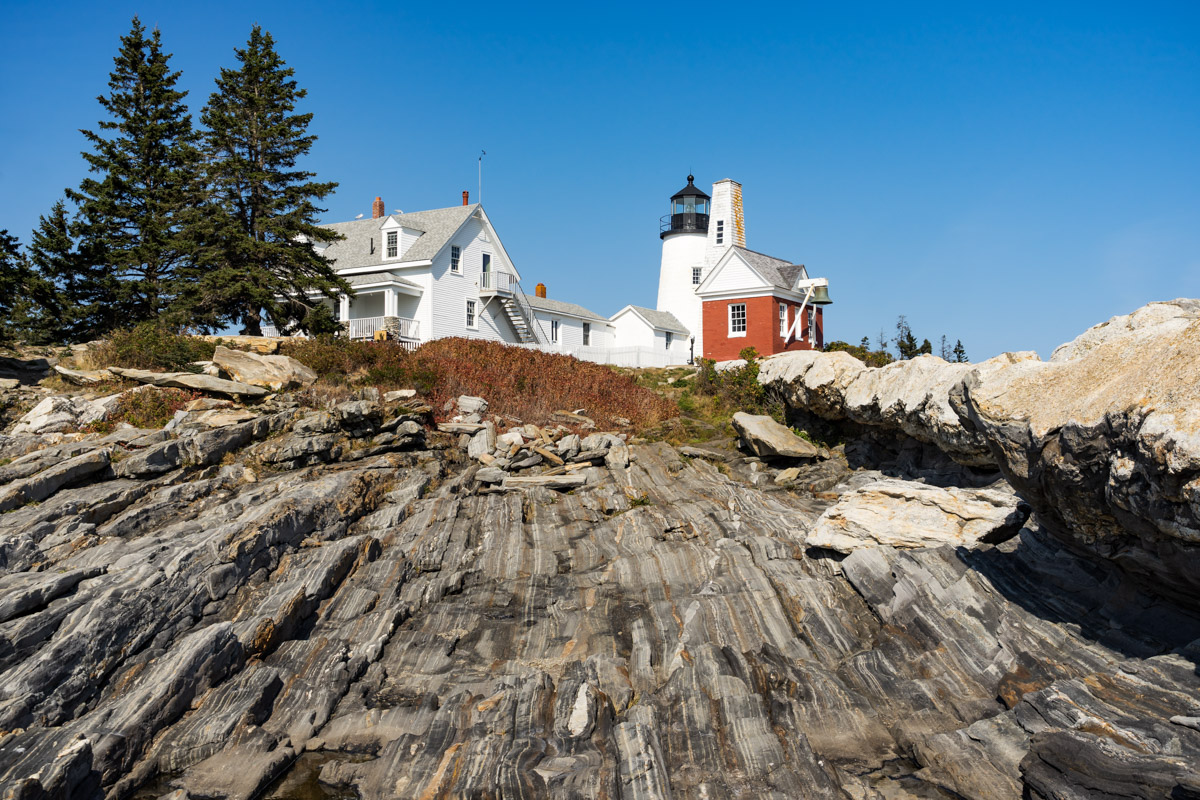 Bass Harbor Head Lighthouse is often used as the signature shot for the Acadia National Park, which is rather confusing, since it is located at the southernmost point of Mount Desert Island that I do not believe sits inside the official boundaries of the national park. You have to go out on the rocks below and to the east of the lighthouse for reasonable perspectives of it, so practically every visitor here ends up with the same composition. 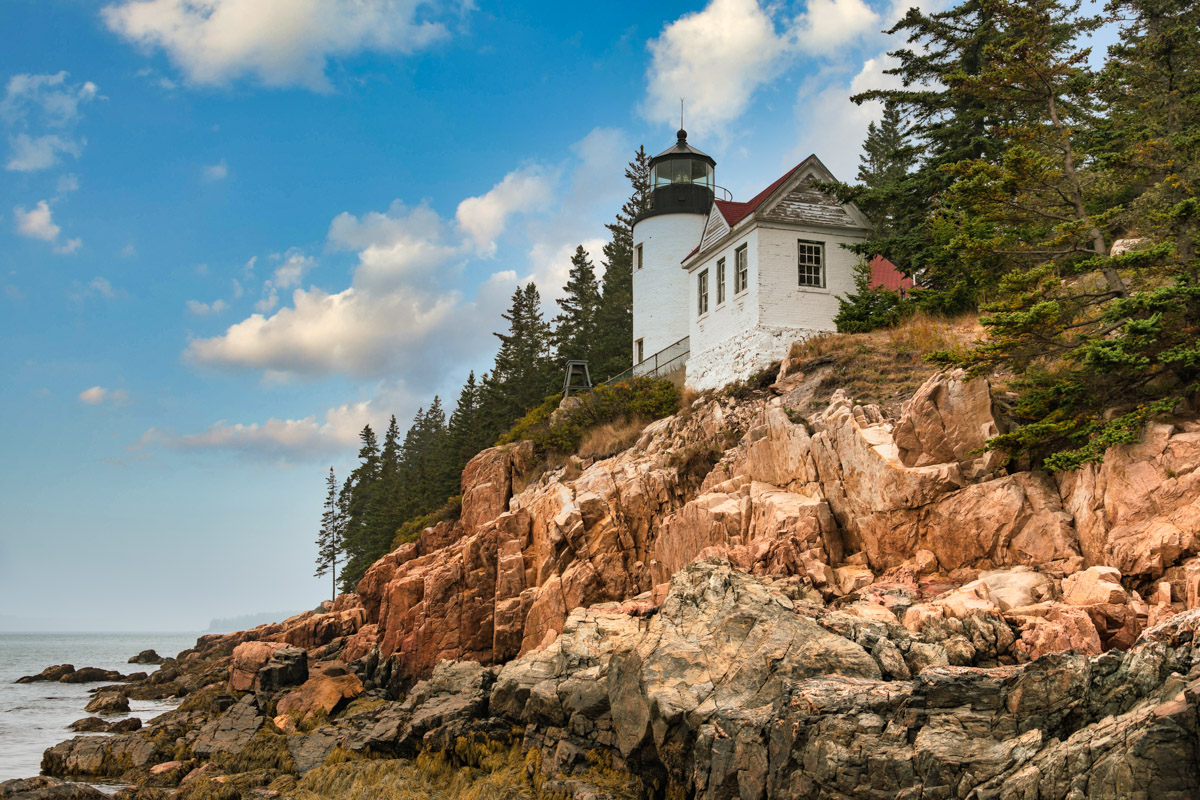 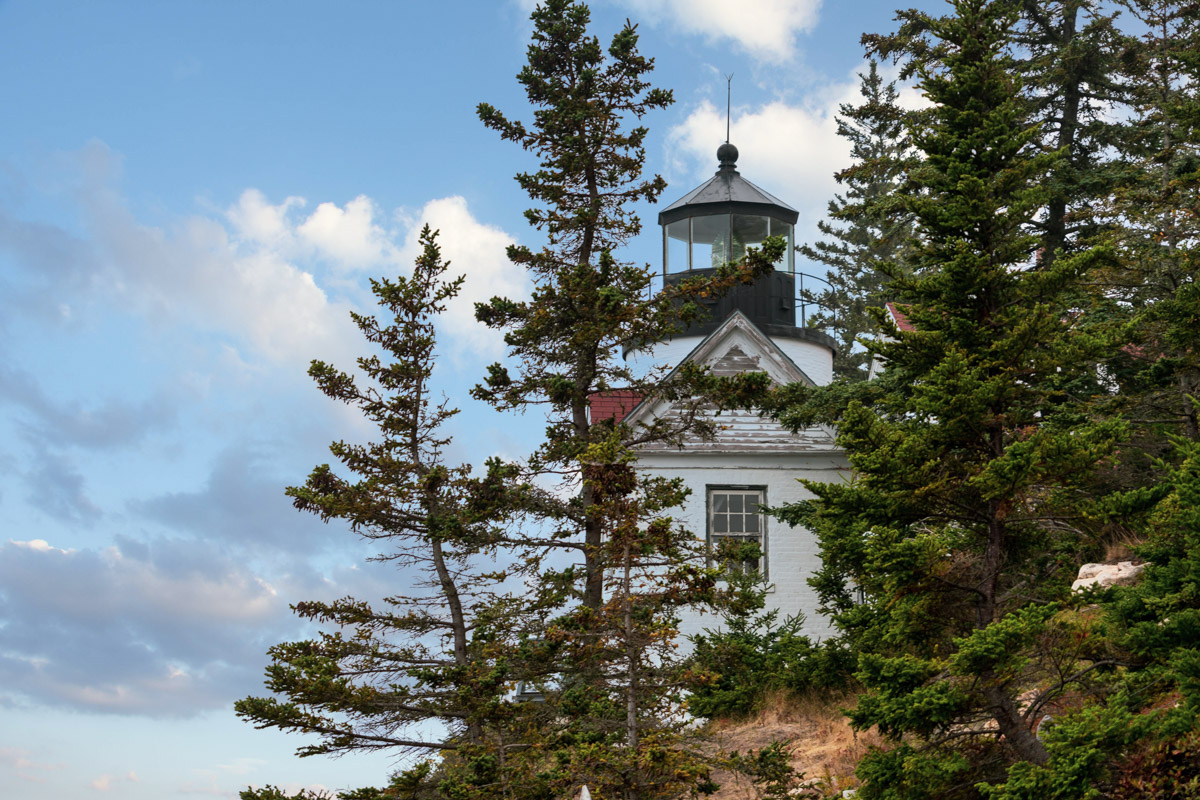 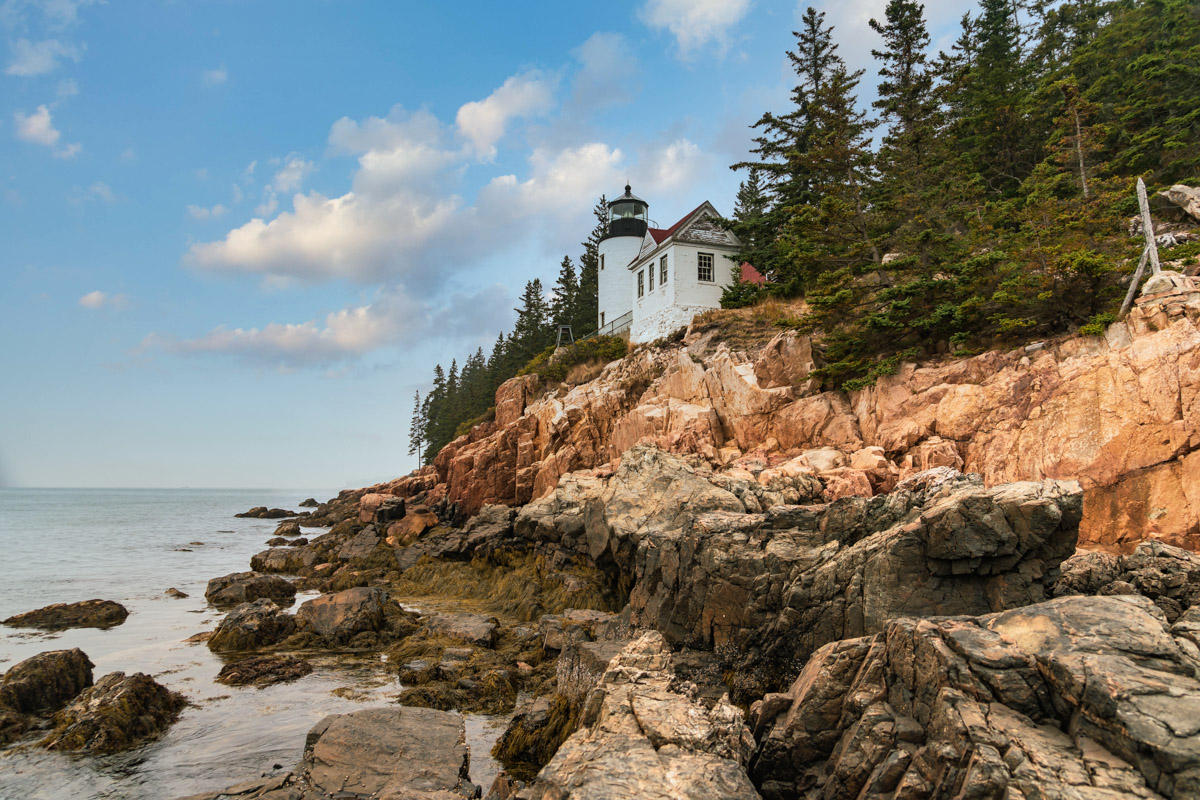 Owls Head Lighthouse, near Rockland, offers a bit of a fairy-tale vibe, since you have to walk through the forest for several hundred meters beyond the car park to get to it. 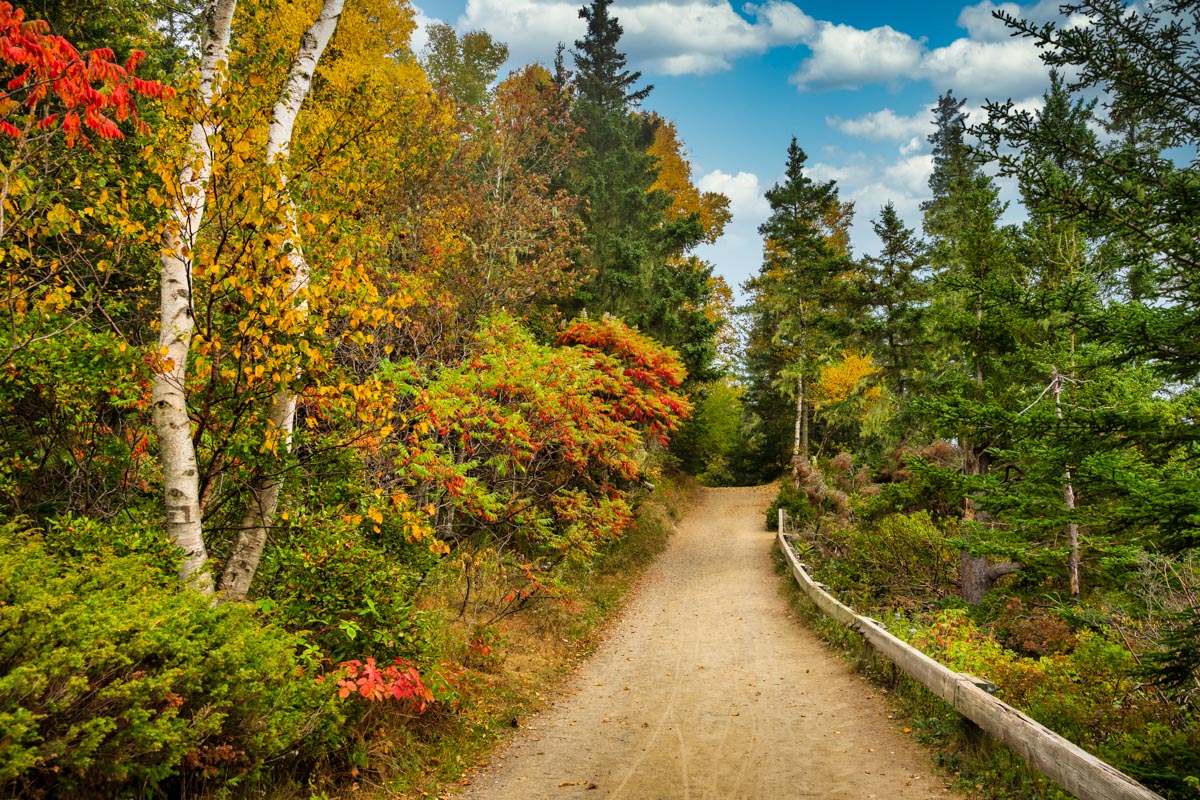 The lighhouse itself is probably the least picturesque among all the we spent time exploring, but not without a certain charm. 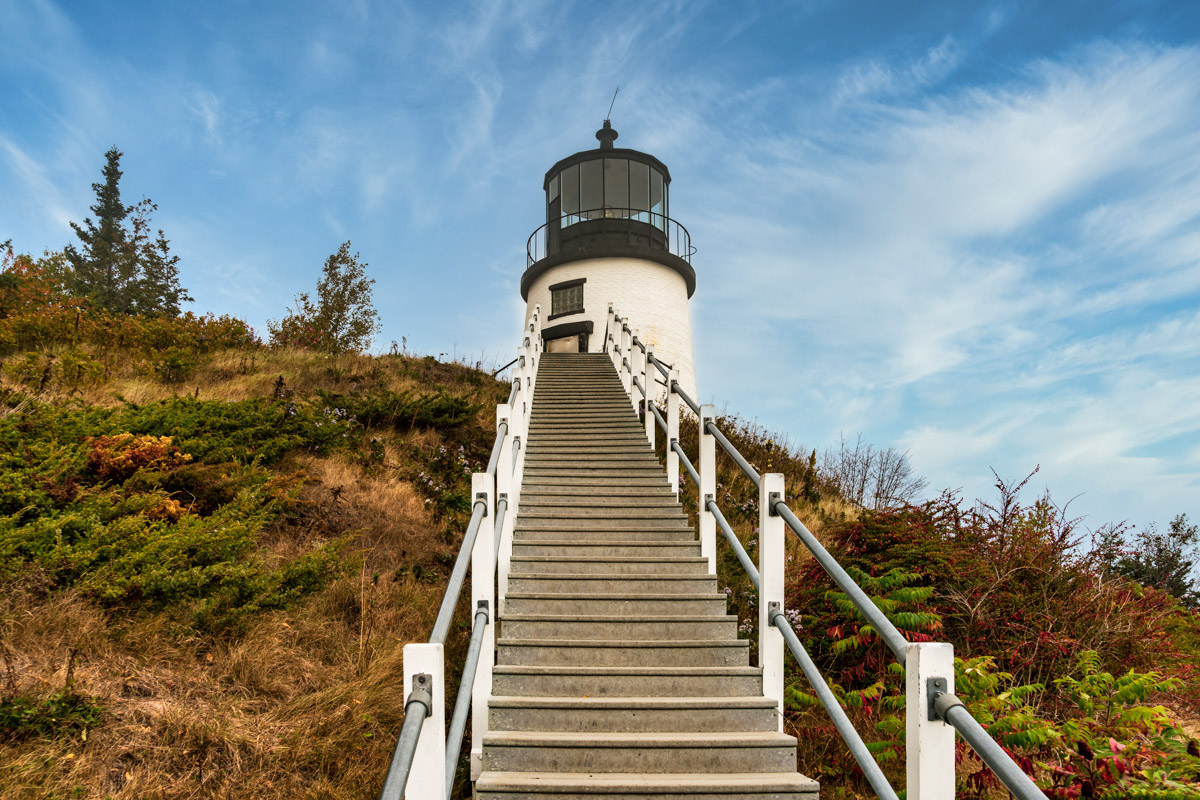 There is a two-room museum. combined with the gift shop run by the American Lighthouse Foundation, that is worth stopping by for a few minutes.

Marshall Point Lighthouse, connected to the station buildings via a narrow wooden causeway, stood sentinel against the fog when we visited. 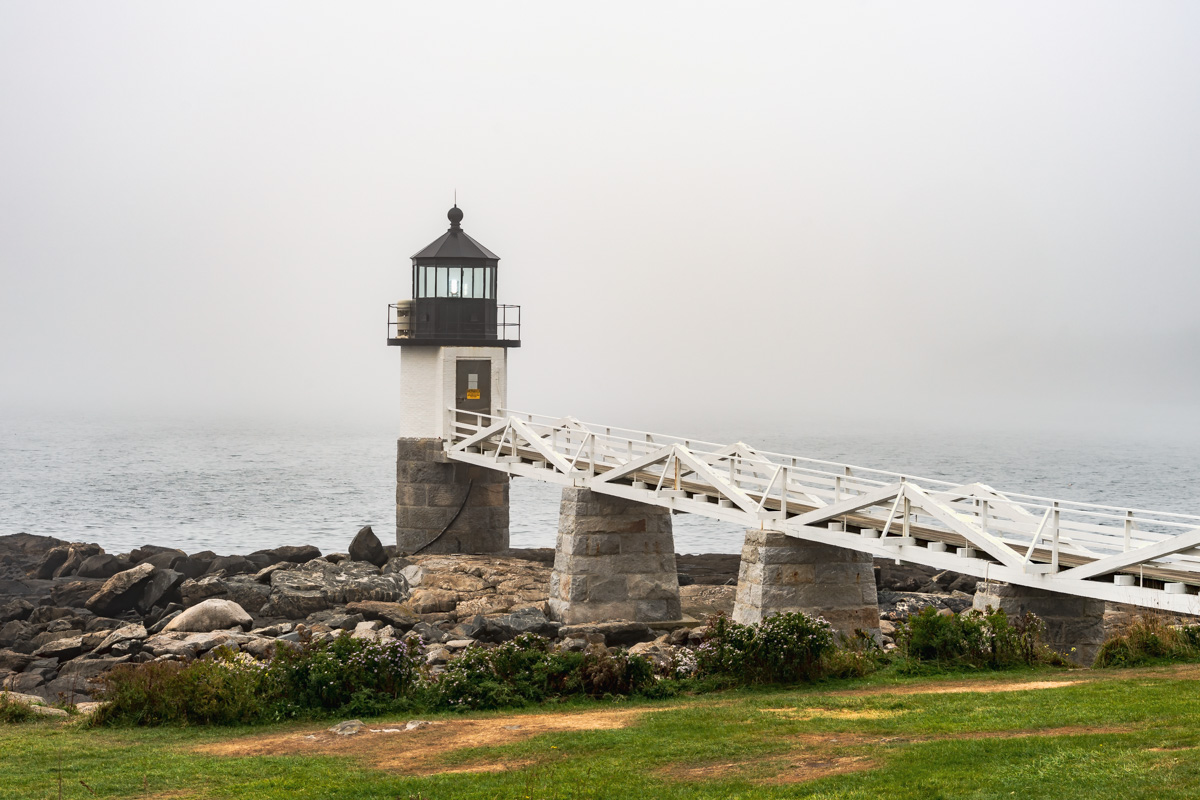 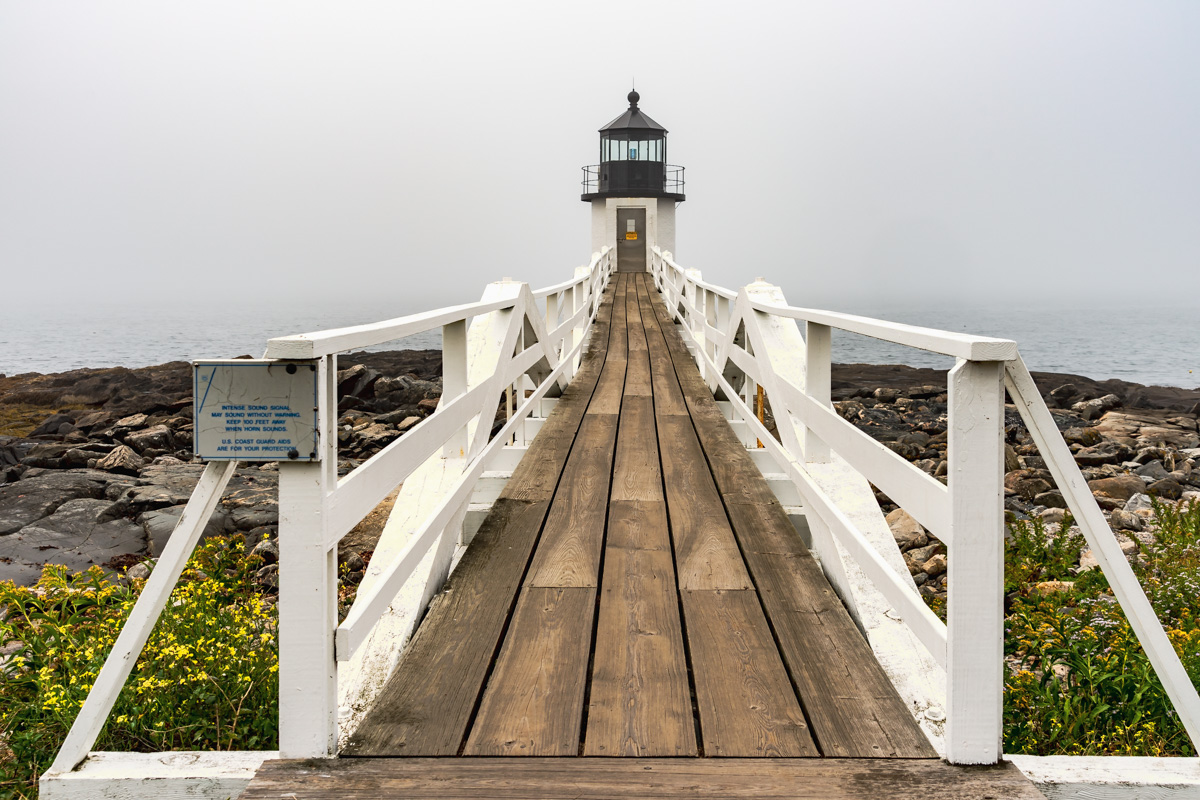 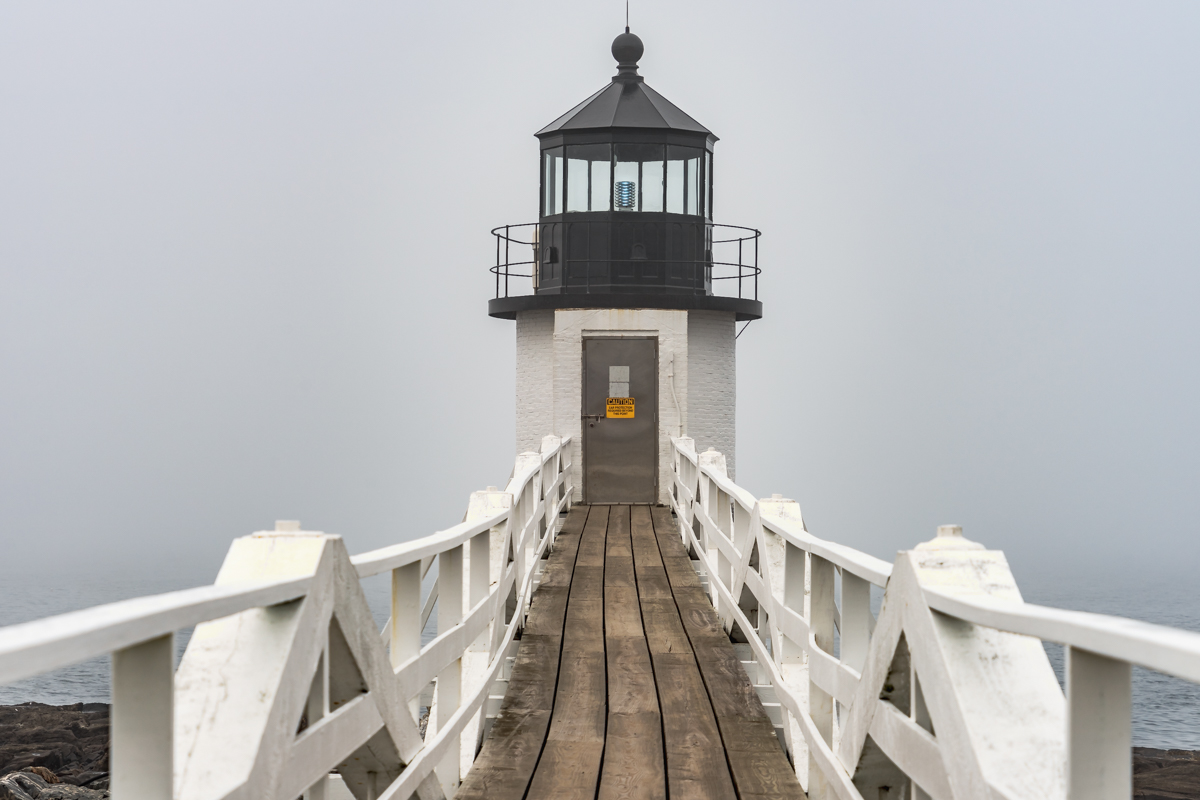 There is also a museum on premises, which showed no signs of opening, so we did not linger a lot. 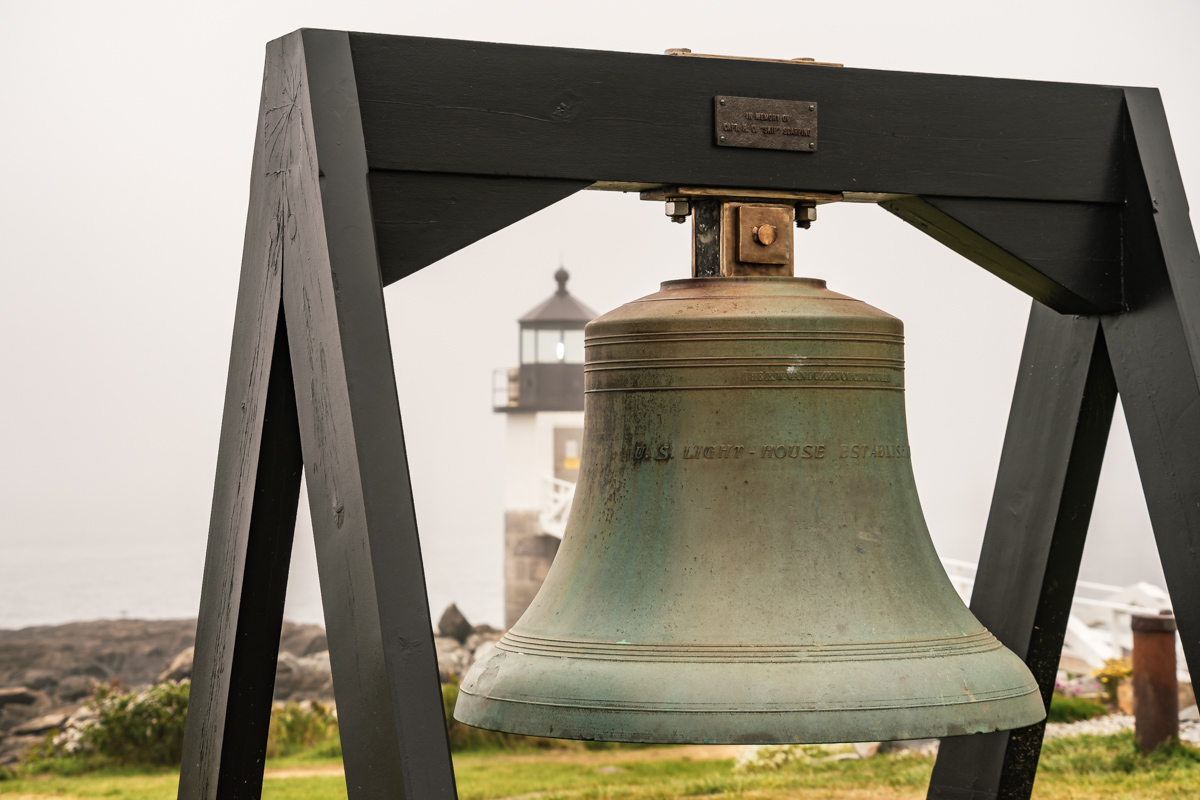 Coming back through Portland, we stopped by another lighthouse a few minutes from the town center, Spring Point Ledge, that is probably the most visually impressive of the bunch. It sits pretty far out into the waters of the bay, connected to the land by a man-made causeway constructed out of huge boulders. A delight for children of all ages, as well as a photogenic sight. 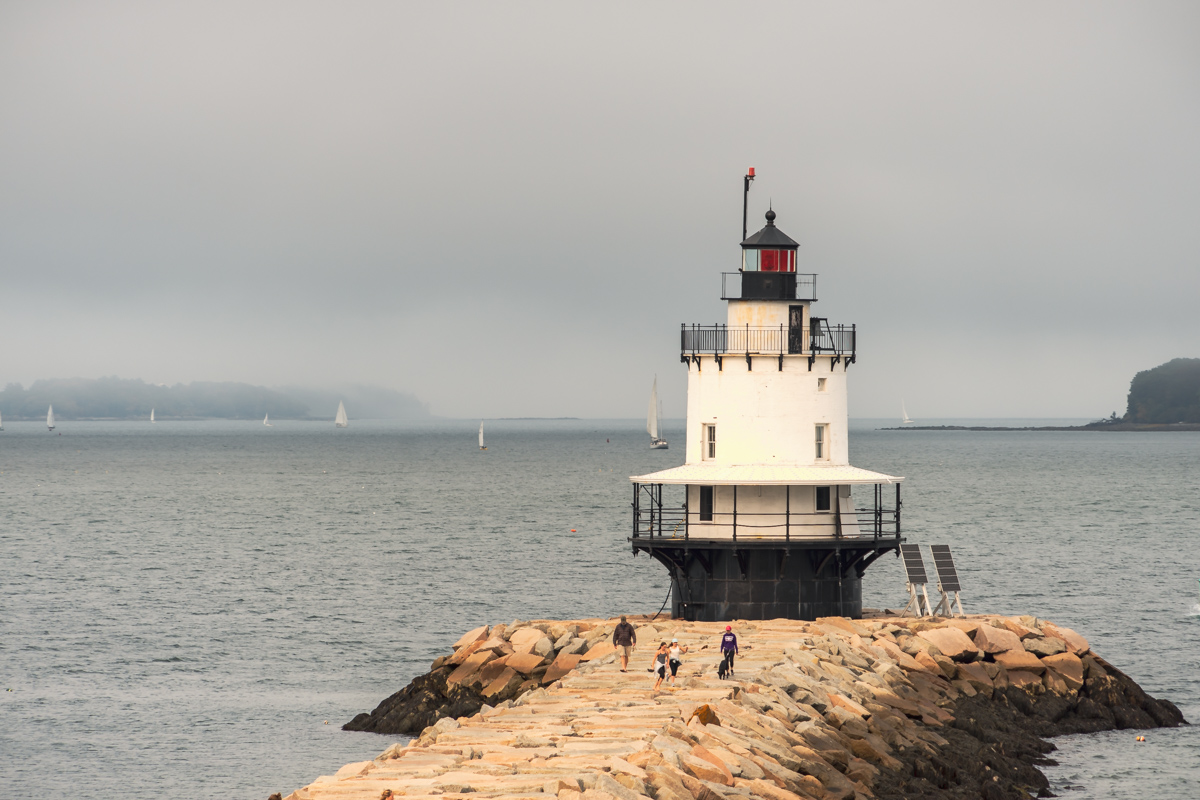 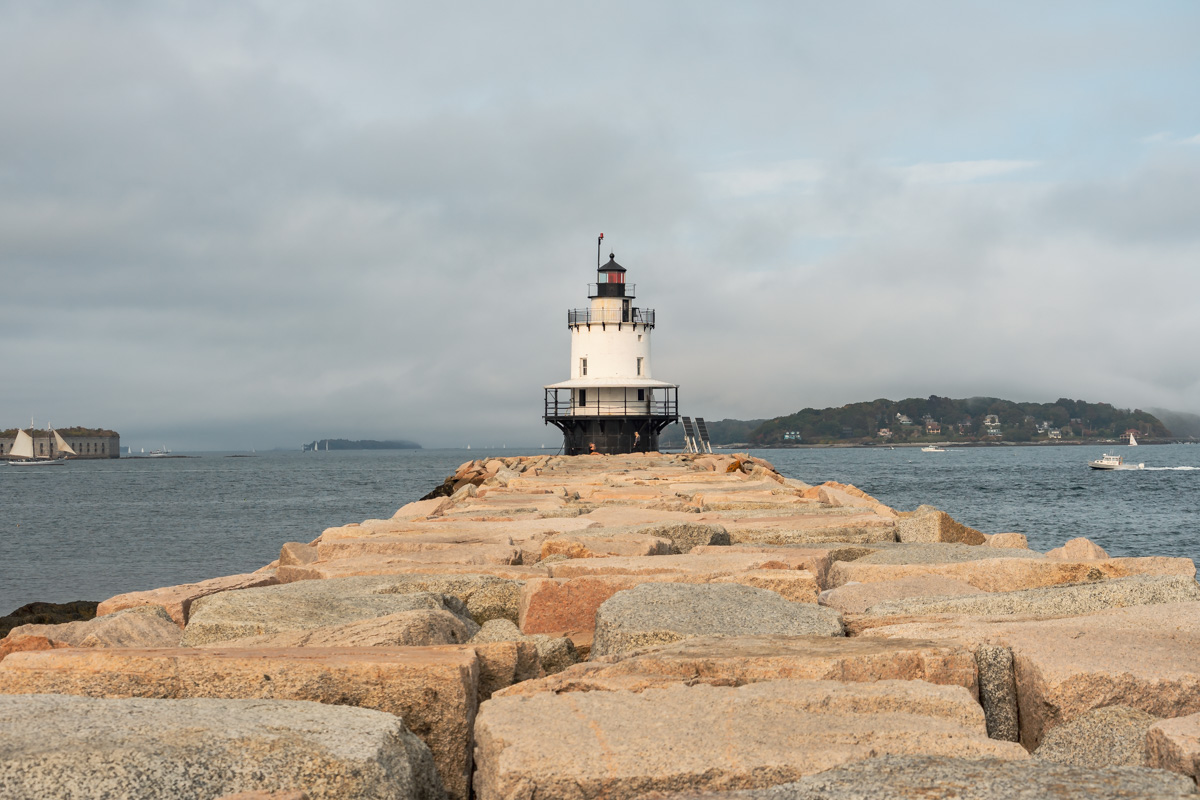 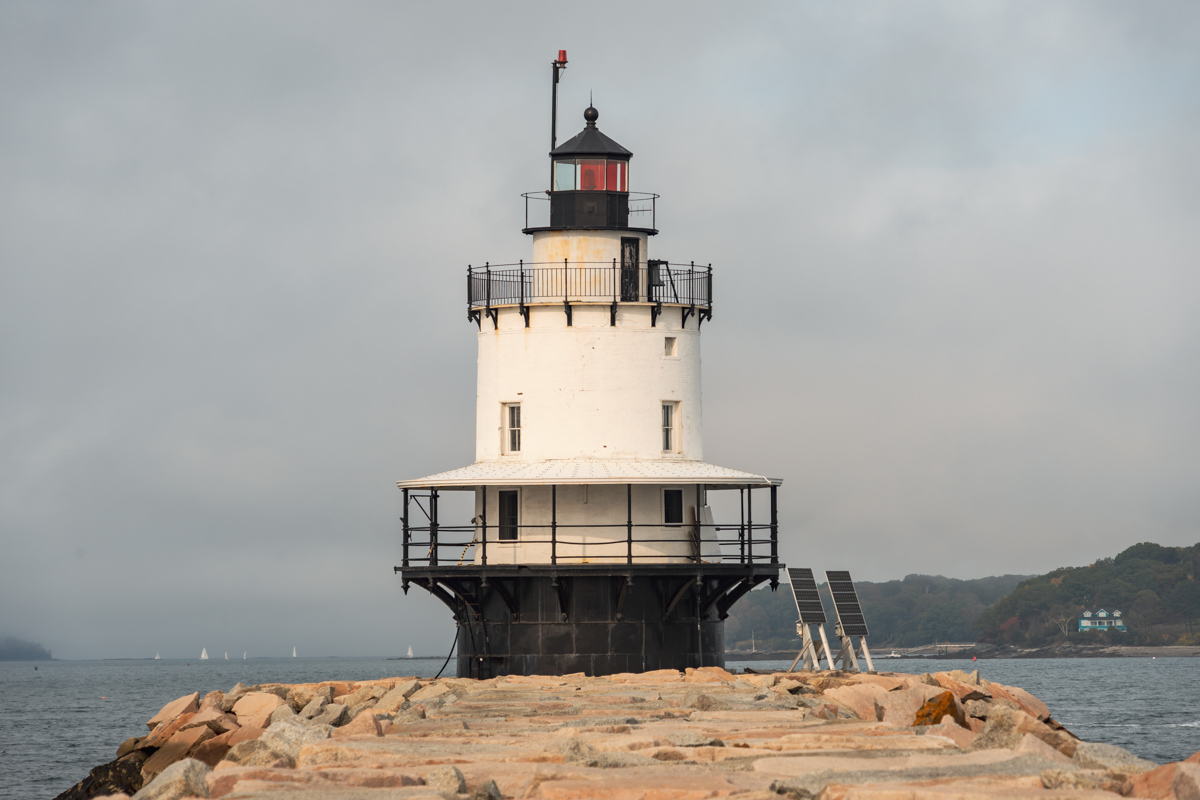 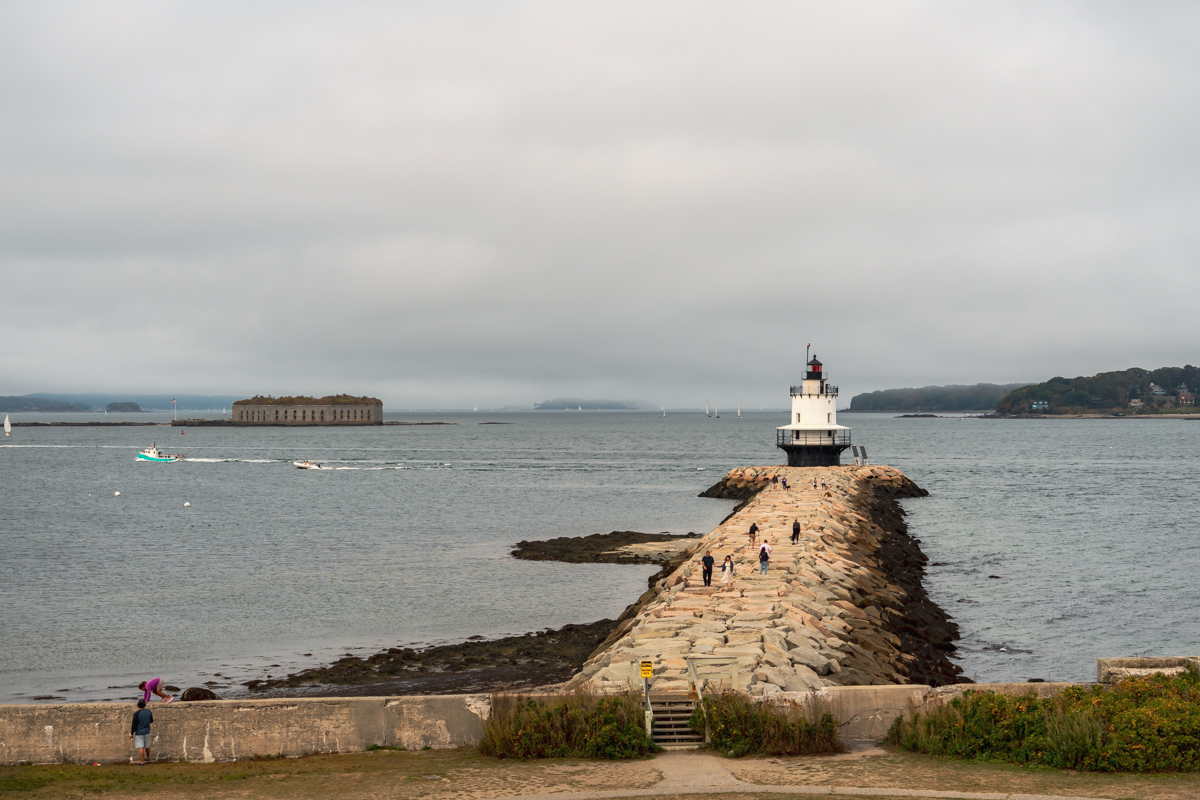 In the background there you can see Fort Gorges, a 19th-century island fortification. Here is a closer look.

The schooner passing the fort in the shot above continued its sail around the bay. 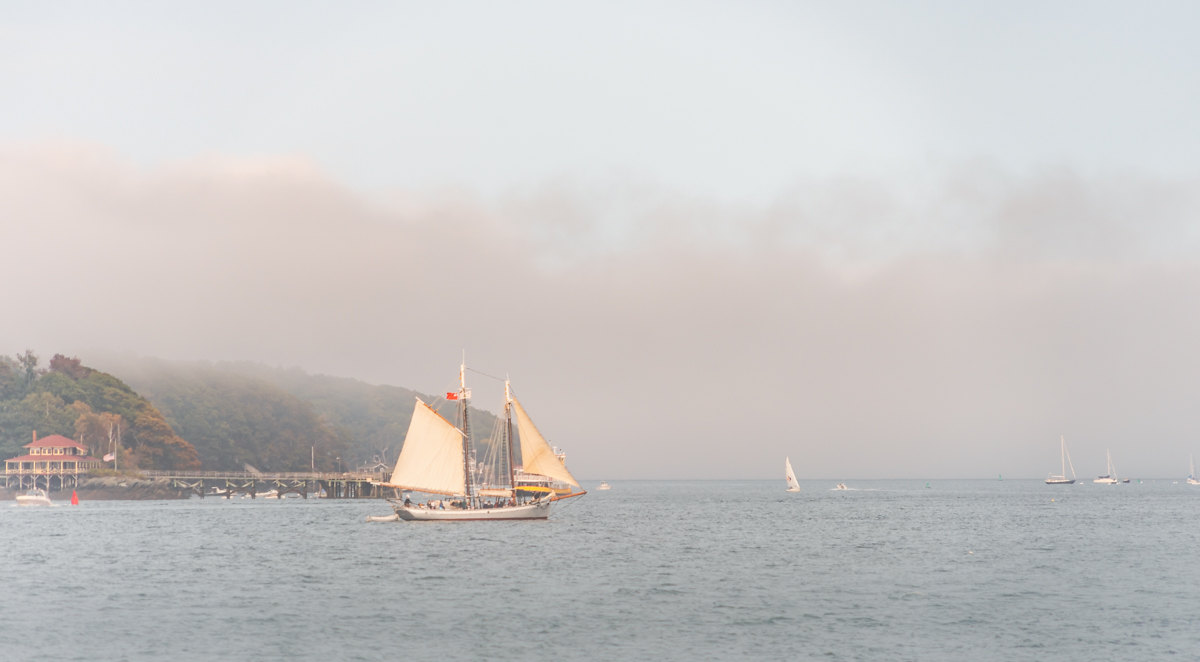 Our final lighthouse destination was the Nubble light station near York. It sits on a island separated by a narrow strait from the promontory. Unfortunately, the morning was too foggy for us to actually see it – the shot below is an attempt to combine the advanced functions of my superb camera with my above-average post-processing skills to keep at least an impression of the place. 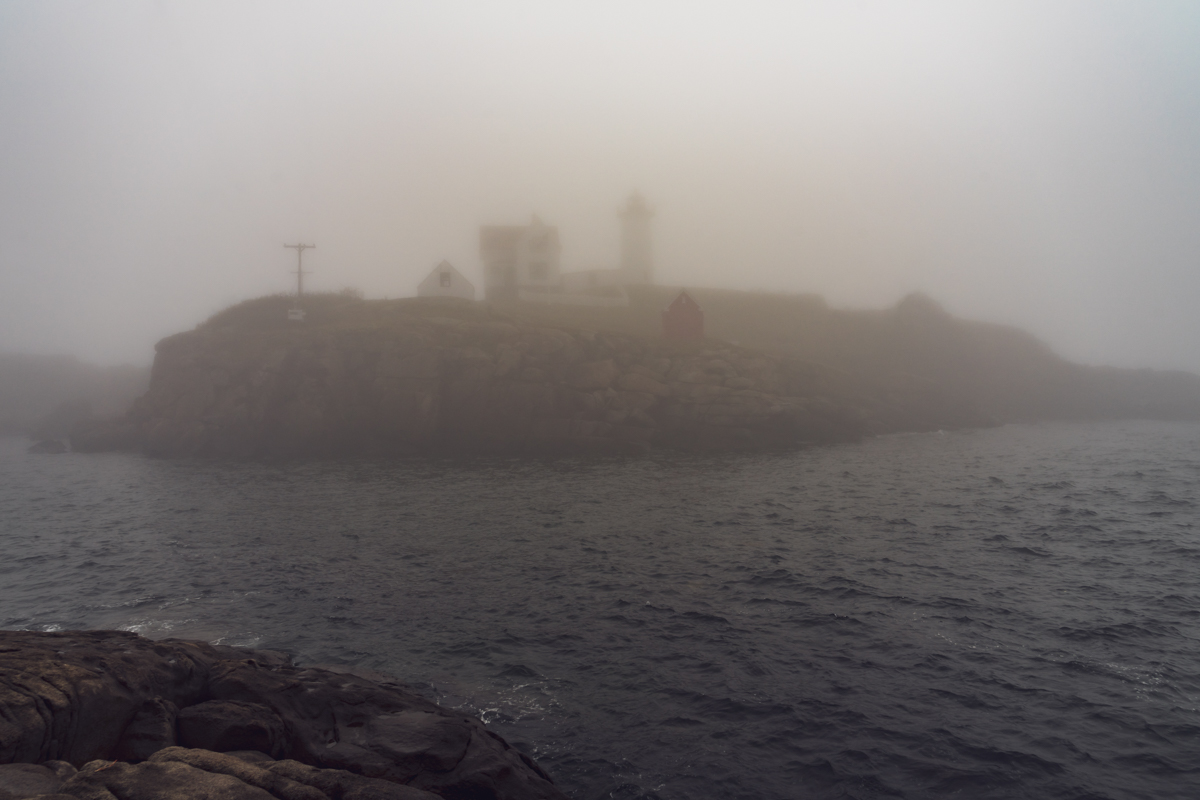 Something to come back to in the future, for sure!