This is Iglesia de San Gil y Santa Ana that sits at the mouth of Carrer del Darro in Granada, Spain.

A landmark shot of the kind that is frequently derided by landscape photography aesthetes, “Oh, look, it’s another church façade”. 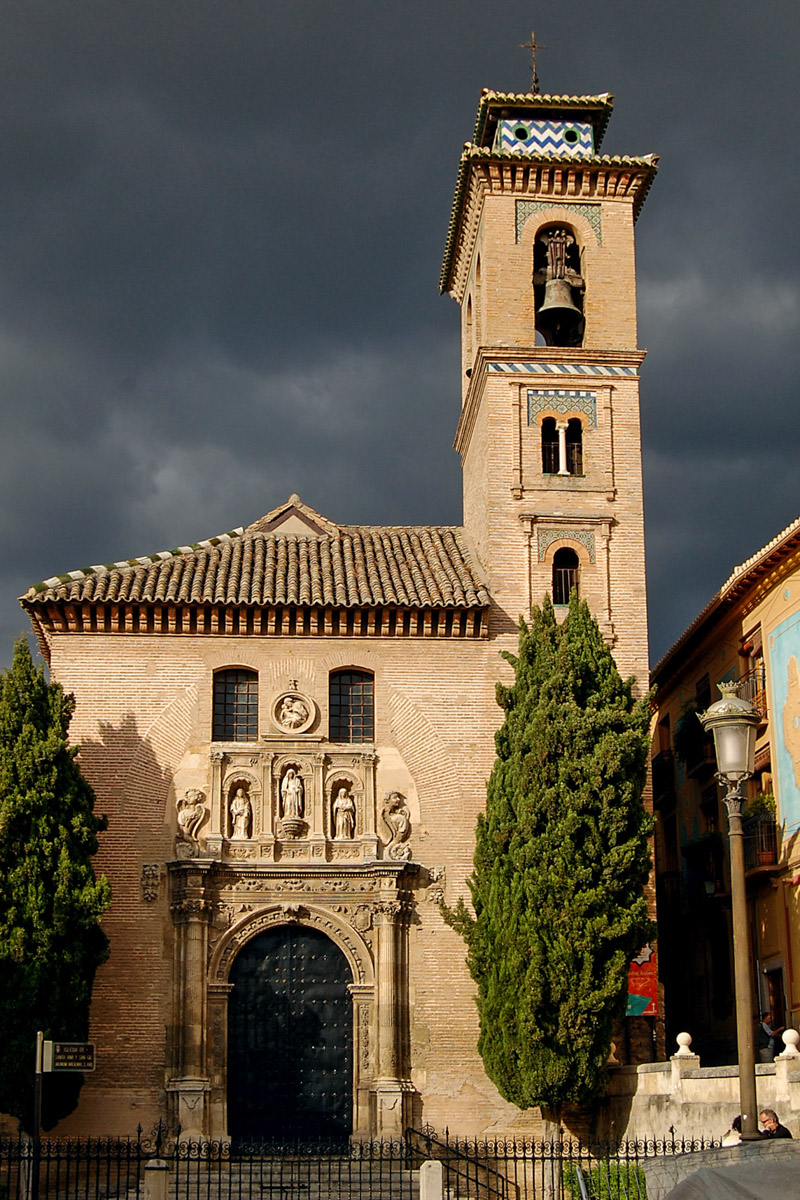 Except that in this case, the sunlit façade offers a dramatic contrast with the deeply threatening skies above. And the downpour that those skies produced a few short minutes later was absolutely epic.

I well recognize that church-exterior shots rarely make the cut when I decide which of my photographs to include on these pages. And yet, I continue to take more than a fair share of those on my travels. That has to be subconsciously influenced by the fact that I like this particular photograph a lot – I must be always hoping for accidentally coming away with something as dramatic. This shot is not well-composed (I should have stepped back at least a few meters for a better frame fit); it was not taken in an especially skillful way (I have already mentioned my at-the-time-trusty-but-simple Nikon D40 used in Auto mode in this recollection). And yet the contrast of sunlight and skies gives it a bit of something that reminds me of that day in Granada nearly a dozen years ago better than anything else could.

Maybe it’s just that Granada is one of my favorite places in Spain and I have not been there for such a long time that gives this photograph its extra pull on me.