Caesarea frequently features on the highlights-tour itineraries of Israel. It started as a seaside settlement during the Persian rule in the 6th century BCE, rose to prominence at the times of King Herod around year 6 BCE, continued to flourish through the Byzantine period, and then lost its significance after the Arab conquest in the 7th century CE. Arabs, nonetheless, fortified the city in the 9th century, and Crusaders further revived it over the next 300 years, until in 1265 it was conquered by the Mamelukes and destroyed and deserted afterwards. The large site holds examples of structures from all of different eras and periods of rule, which helps make it one of the richest and more impressive archaeological parks in all of Israel.

By the time I came to Caesarea, I was already having a mild case of archaeology overload from my time in Israel, so I probably moved through the site too quickly. A true student of ancient history could probably spend 3-4 hours here easily – and will likely benefit from having a guide on hand. I still got the impression that the place was worth visiting while keeping myself to the major points of interest.

There are layers of structures and street networks in the principal part of the archaeological site. 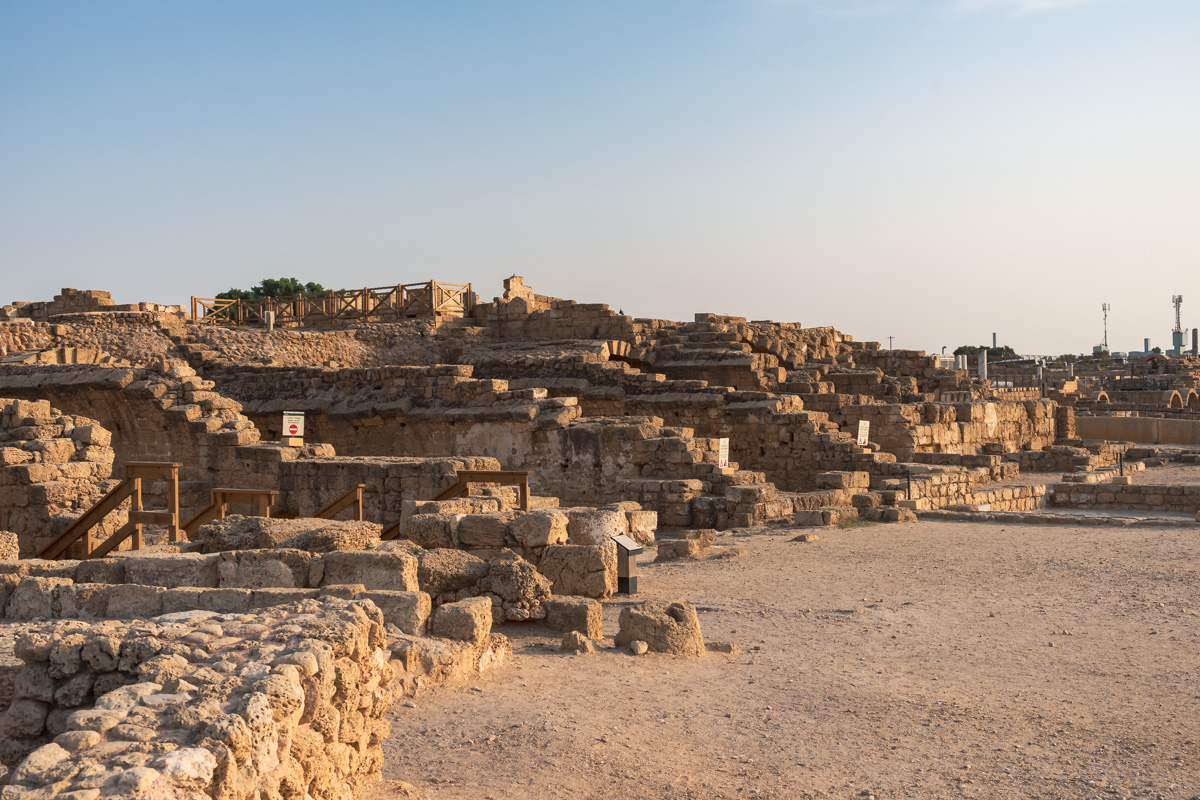 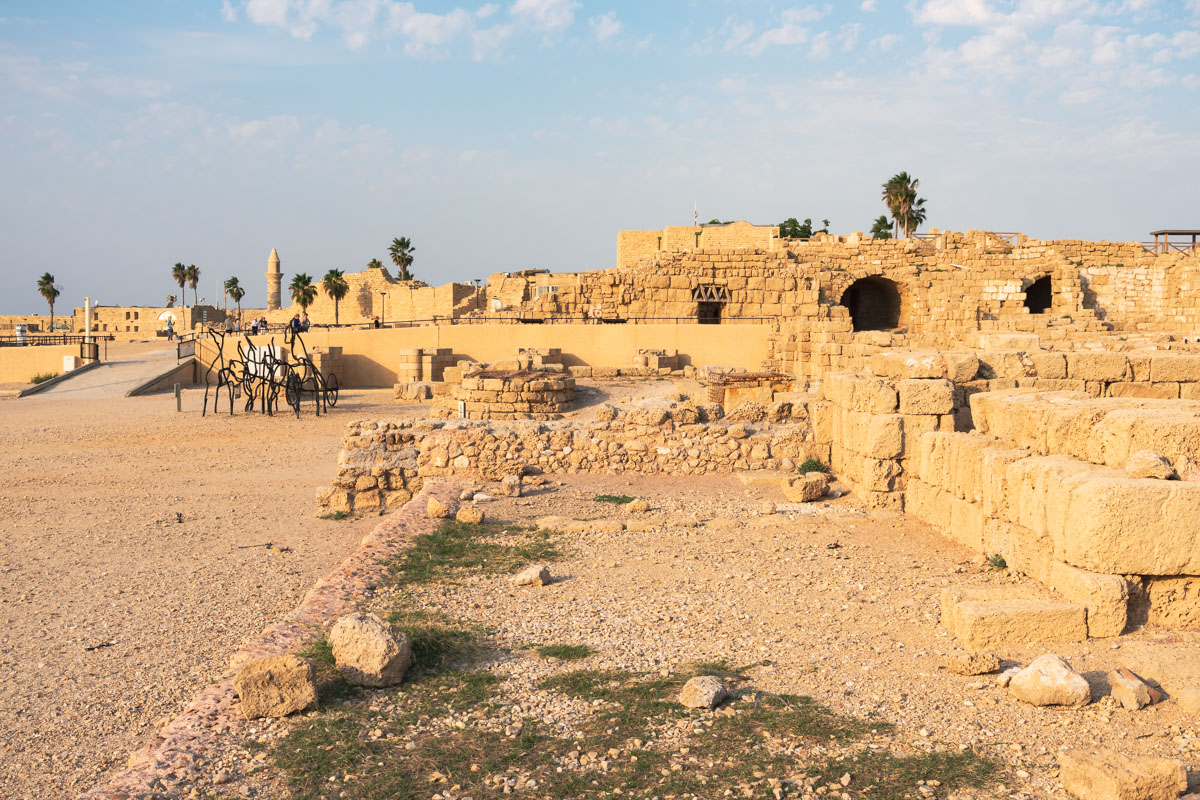 As everywhere, the surviving arches are among the most eye-catching artifacts. 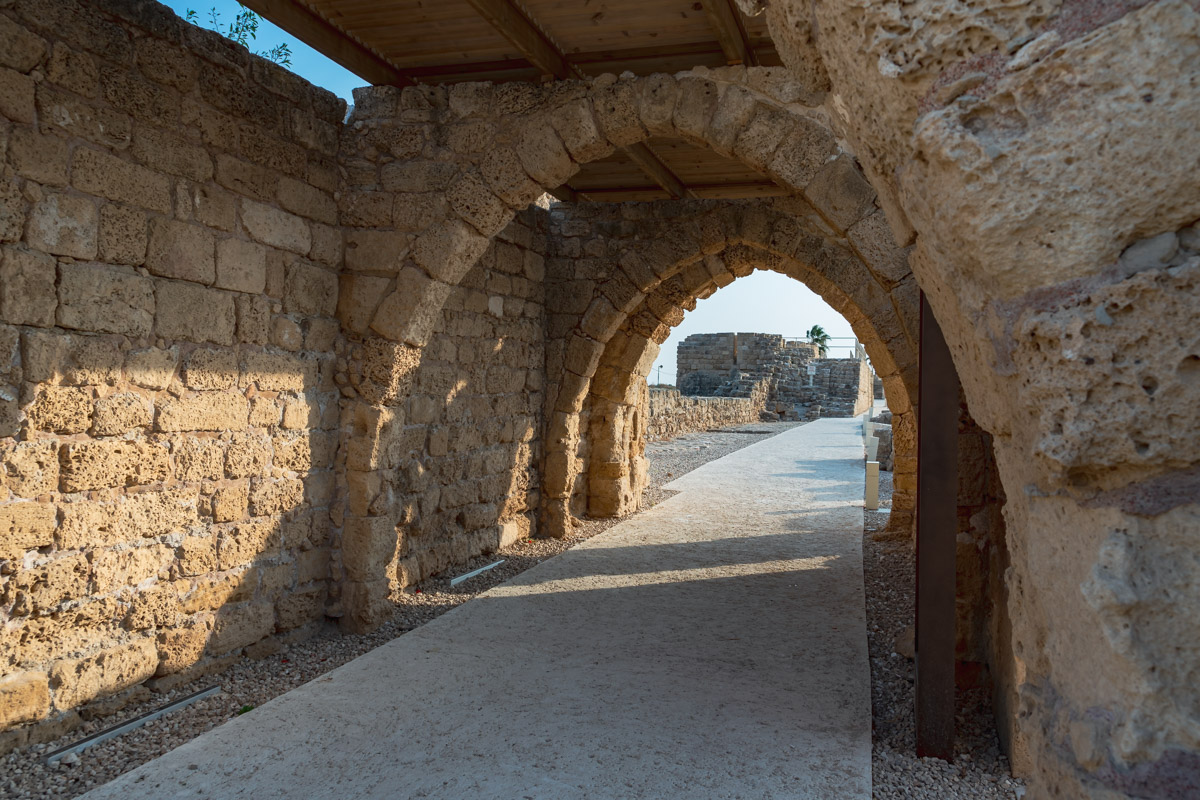 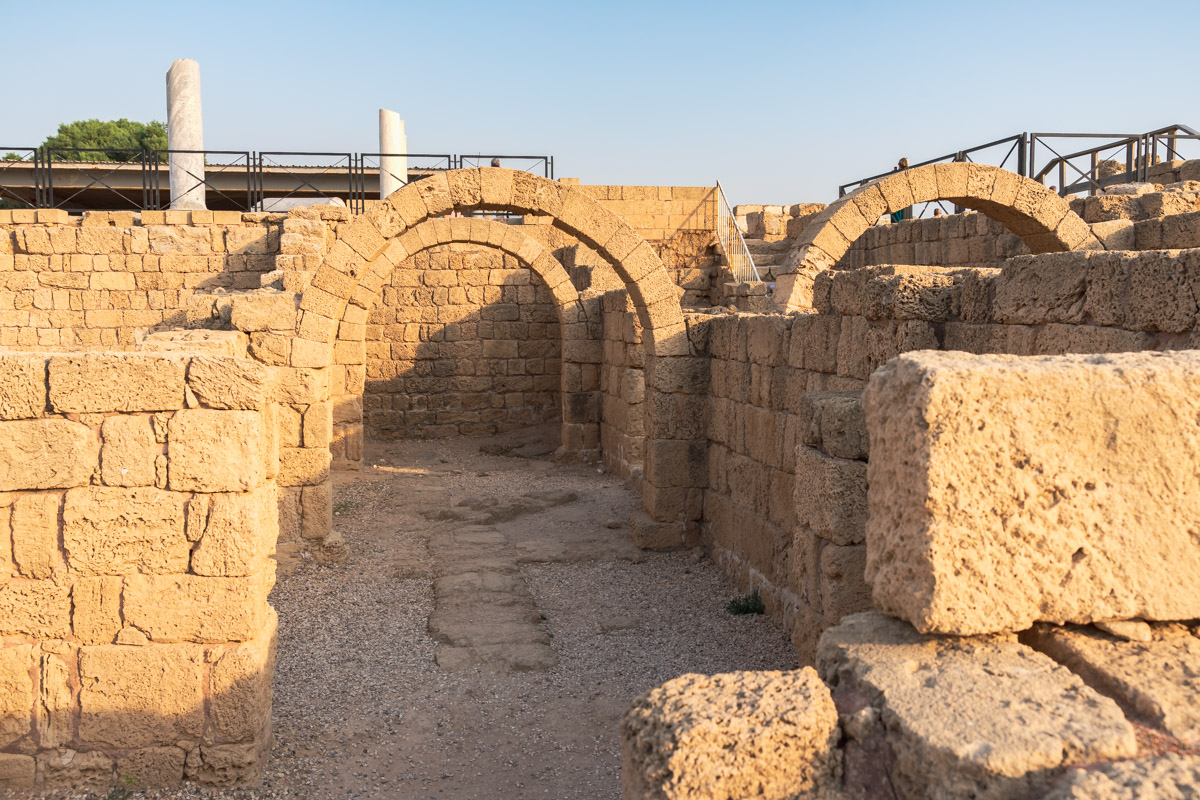 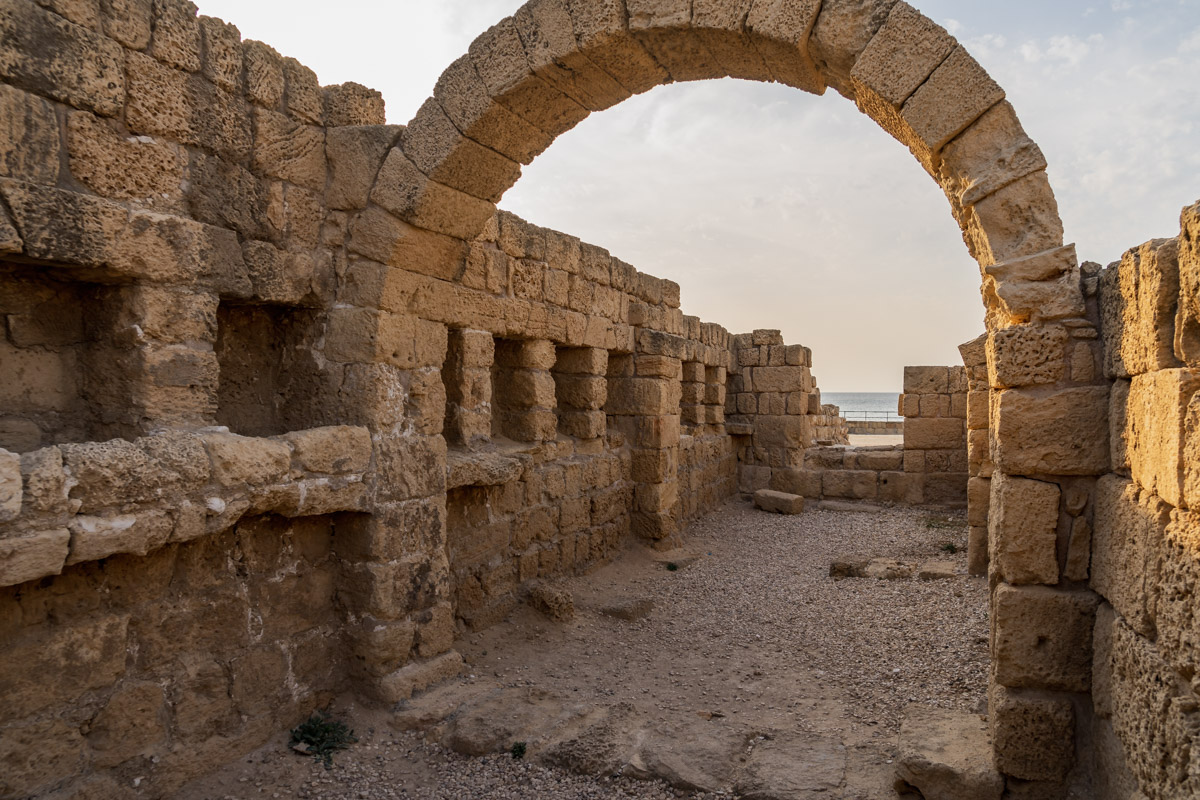 In some places, parts of original mosaics can still be seen. And, of course, remains of the places of worship are also quite picturesque. 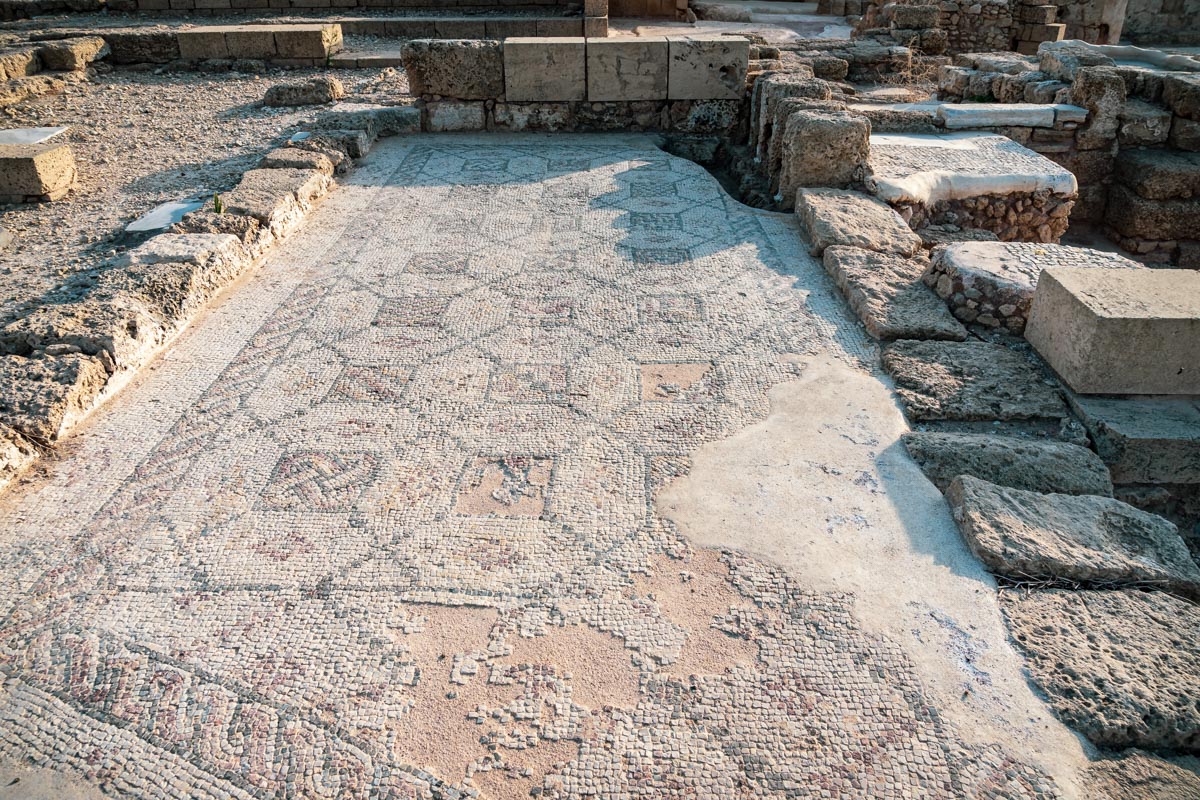 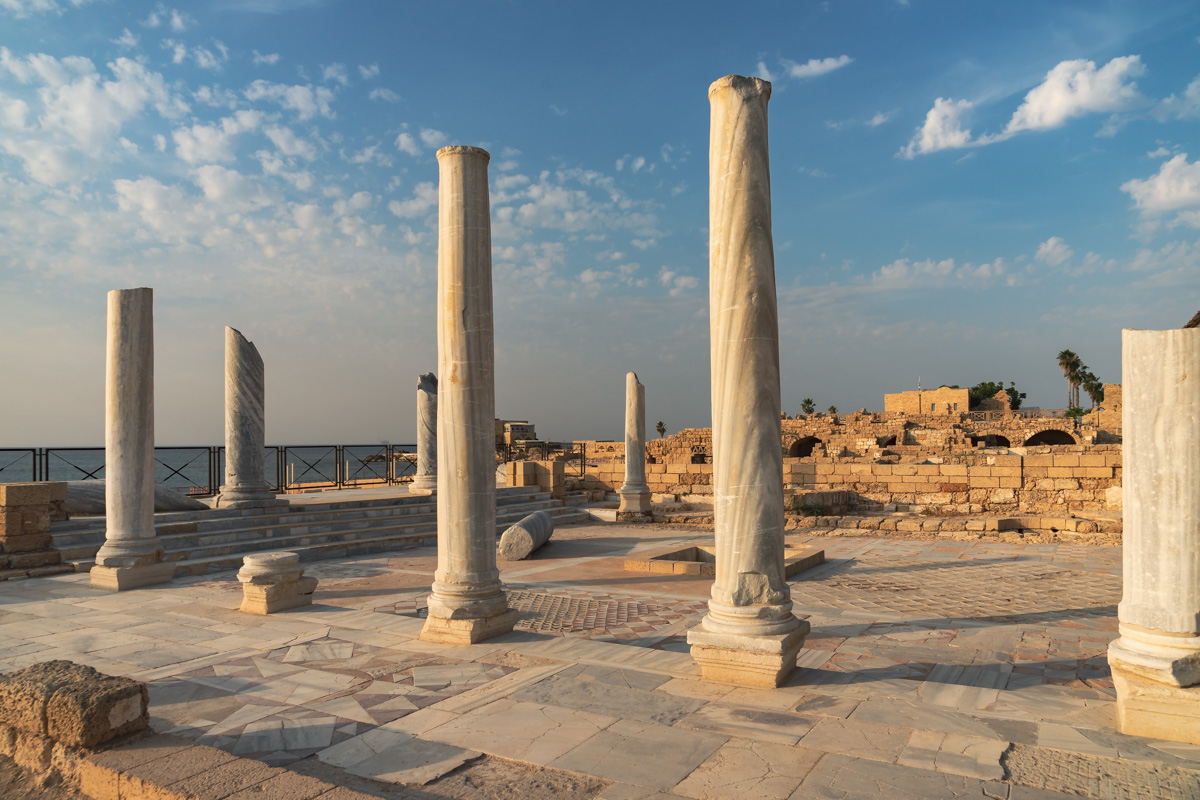 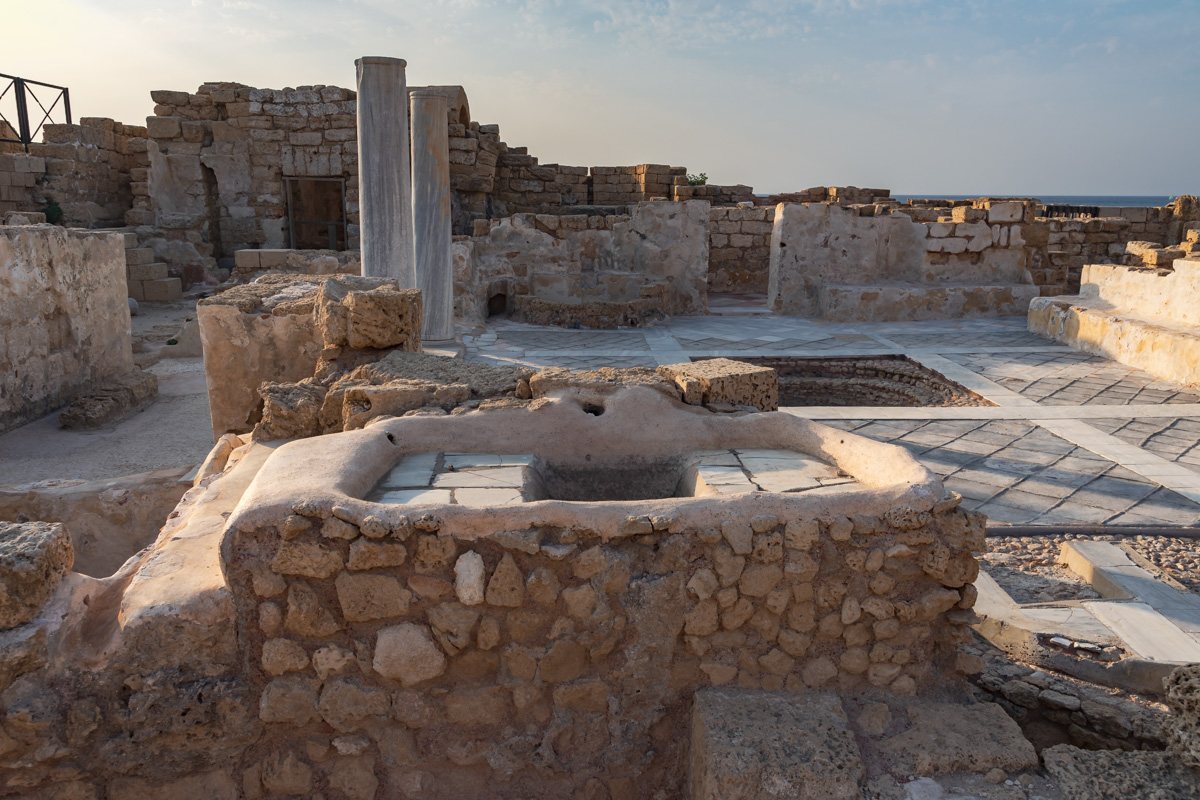 A fragment of the large bathhouse complex with underground chambers used to heat the water. 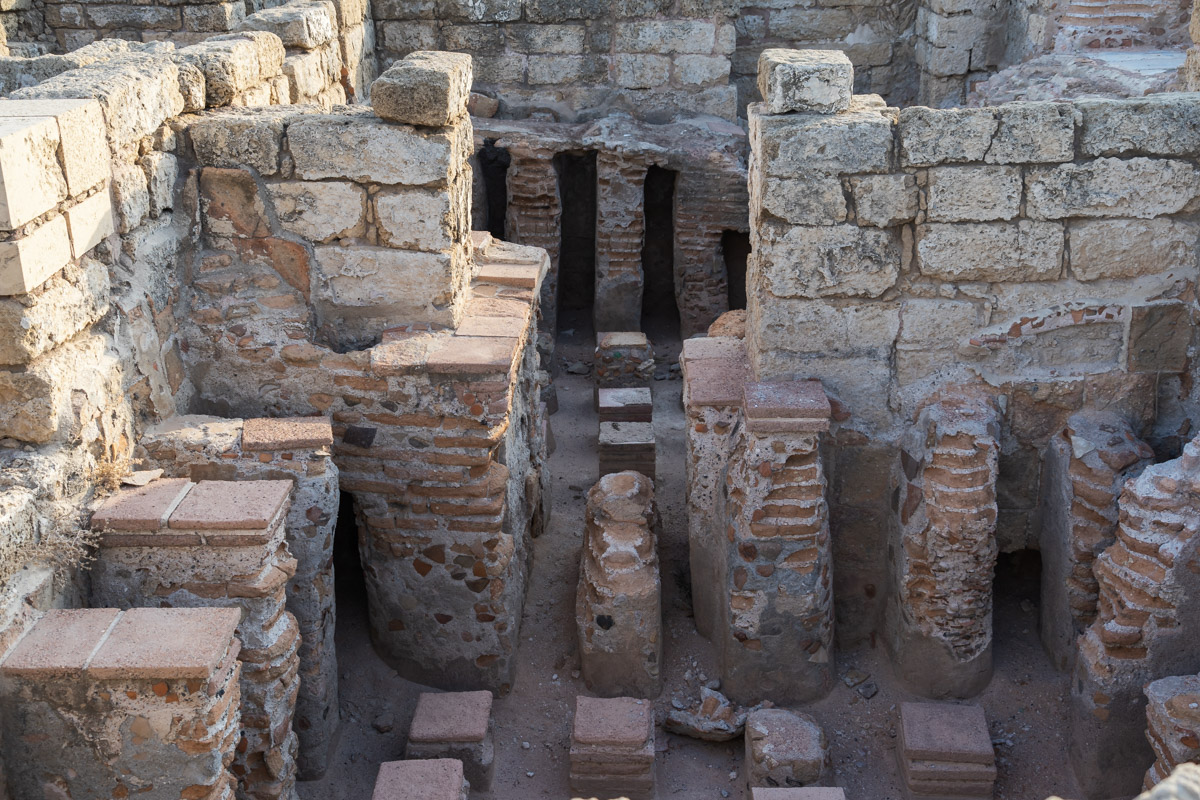 This huge open space is the remains of a Herodian Amphitheater that is over 250 meters long and used to sit over 10,000 spectators for the horse races and other entertainment events held here at the turn of the eras. 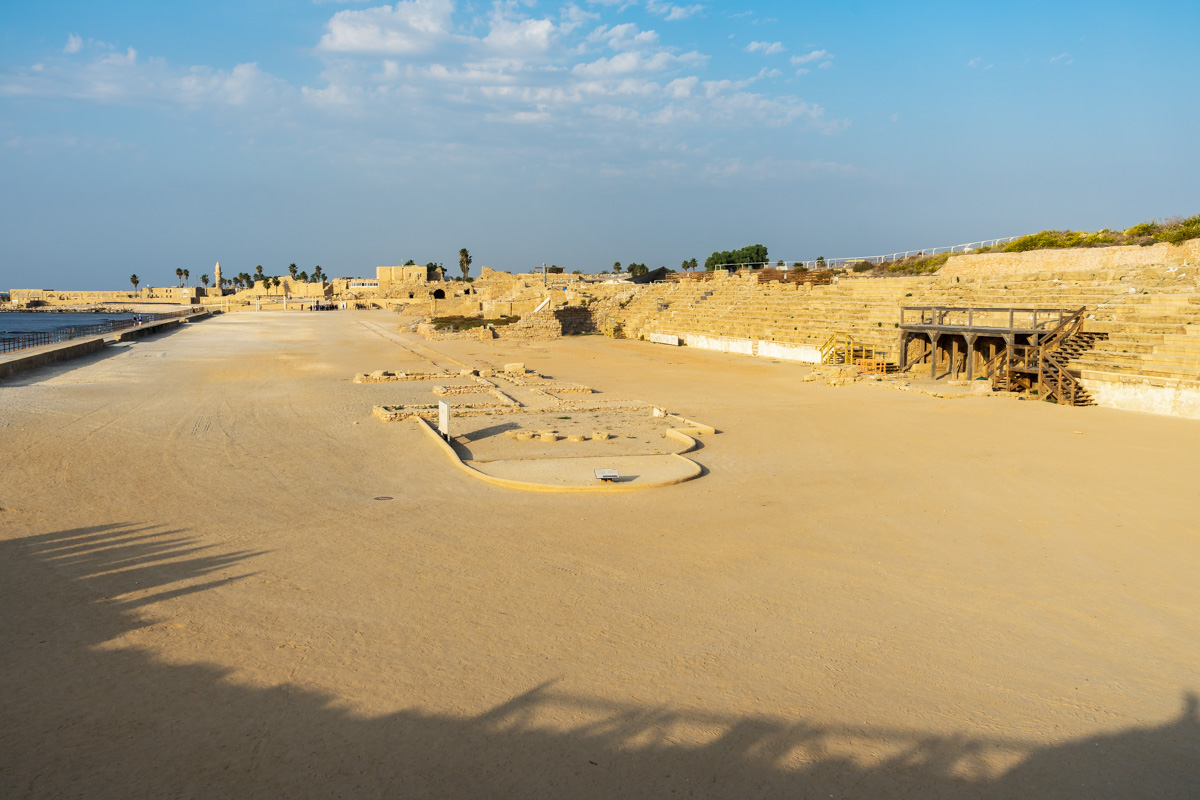 And this is the Roman Theatre, also built in Herod’s times, and thus the most ancient of all theatres found in Israel. It was in continuous use through the centuries until Caesarea fell into obscurity after the Arab conquest. 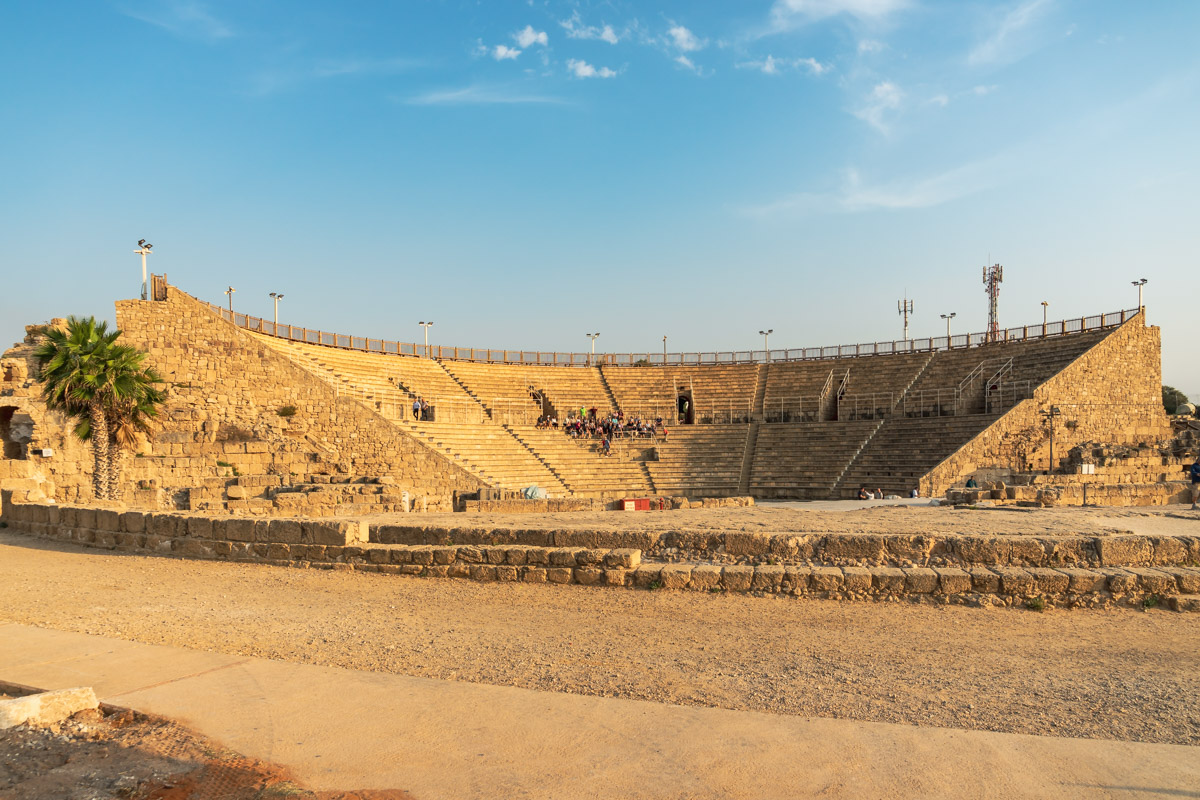 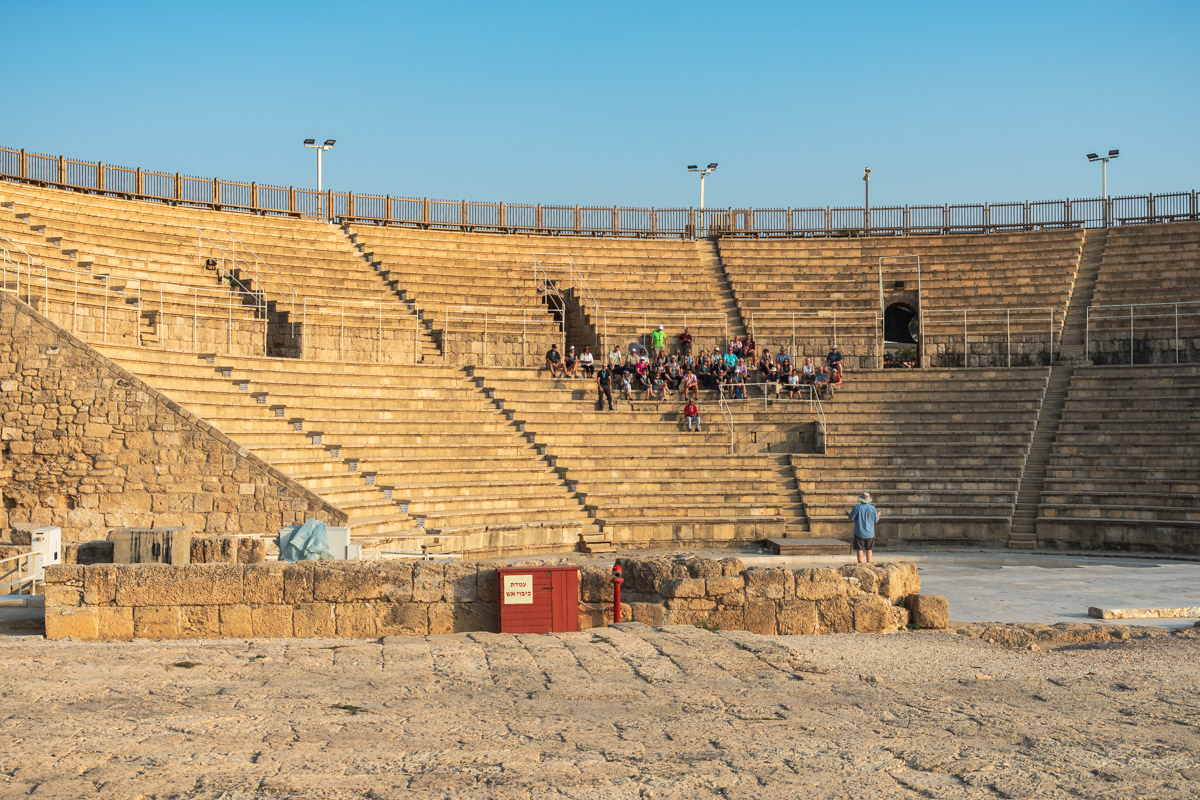 The man standing in the middle of the arena in the shot above is illustrating for his tour group the acoustic qualities of the theatre, by singing an operatic piece. I did not get to the stands in time to hear how it sounds from there, but I can attest that the round of applause from the group was thunderous.

Around the theatre there are positioned various decorative artifacts, such as sarcophagi, columns, and sculptures. 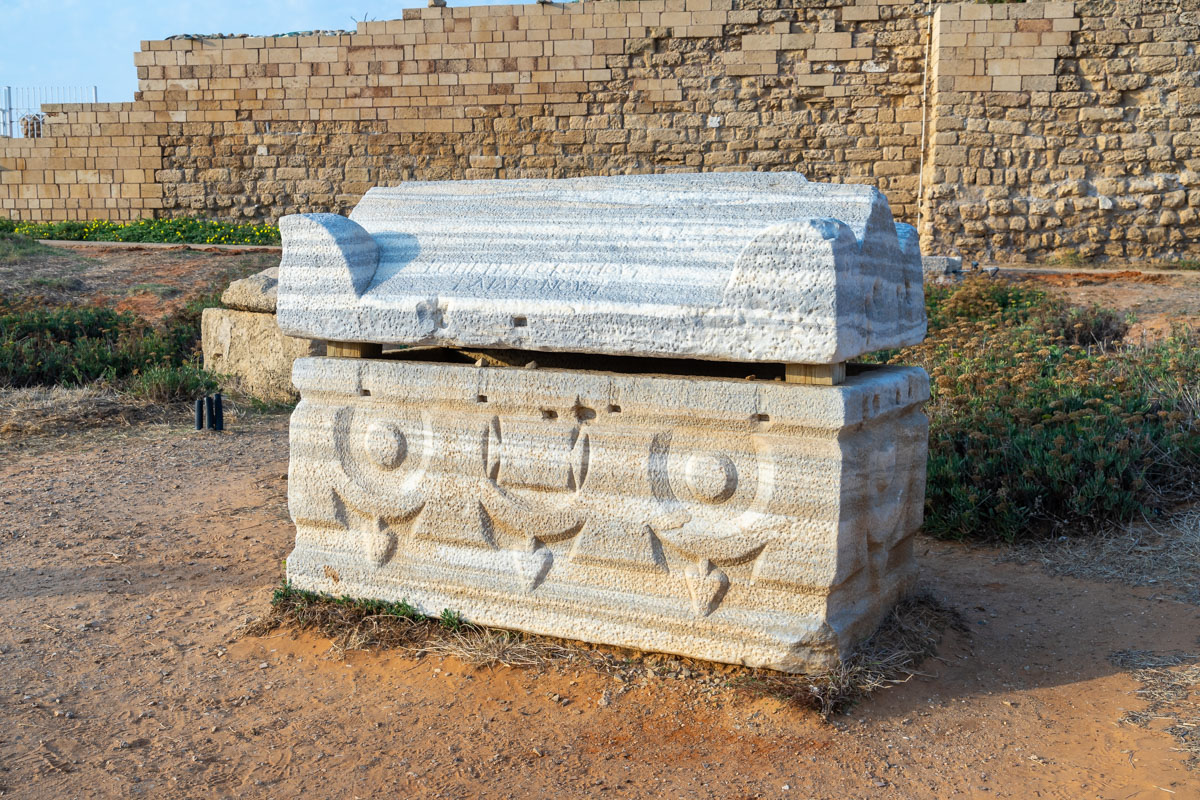 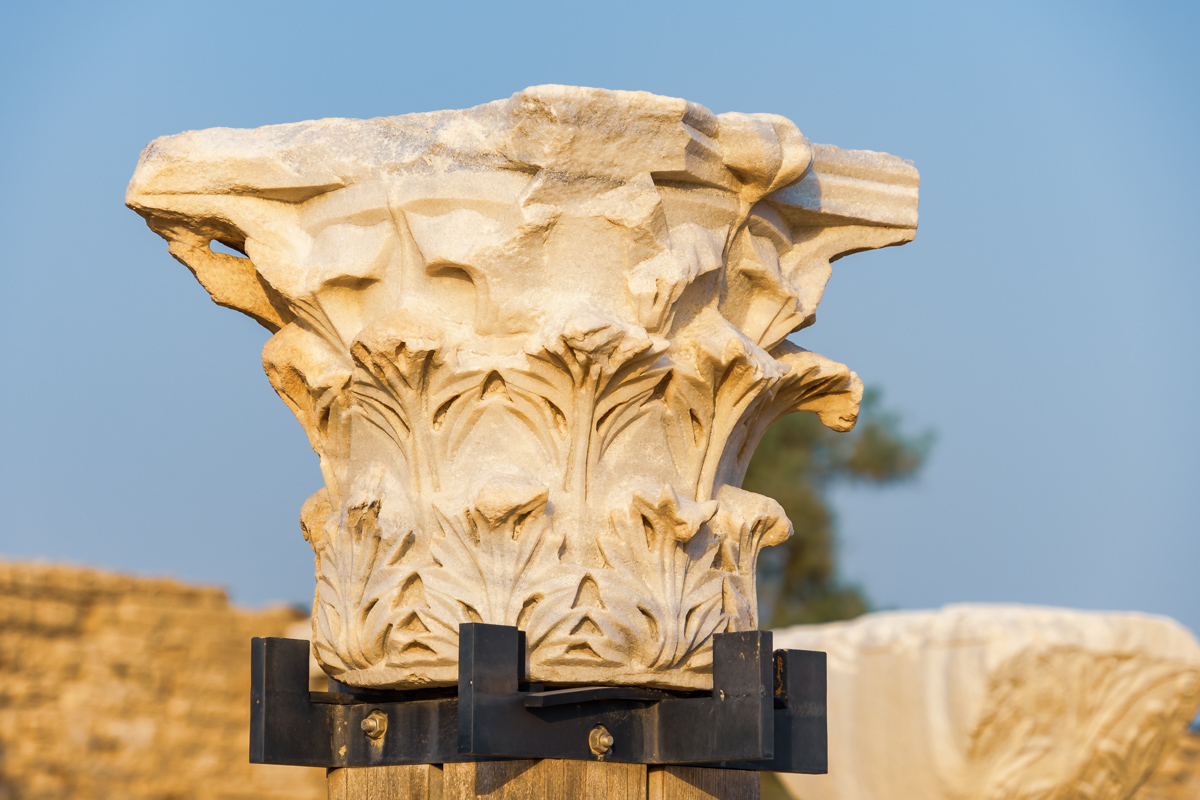 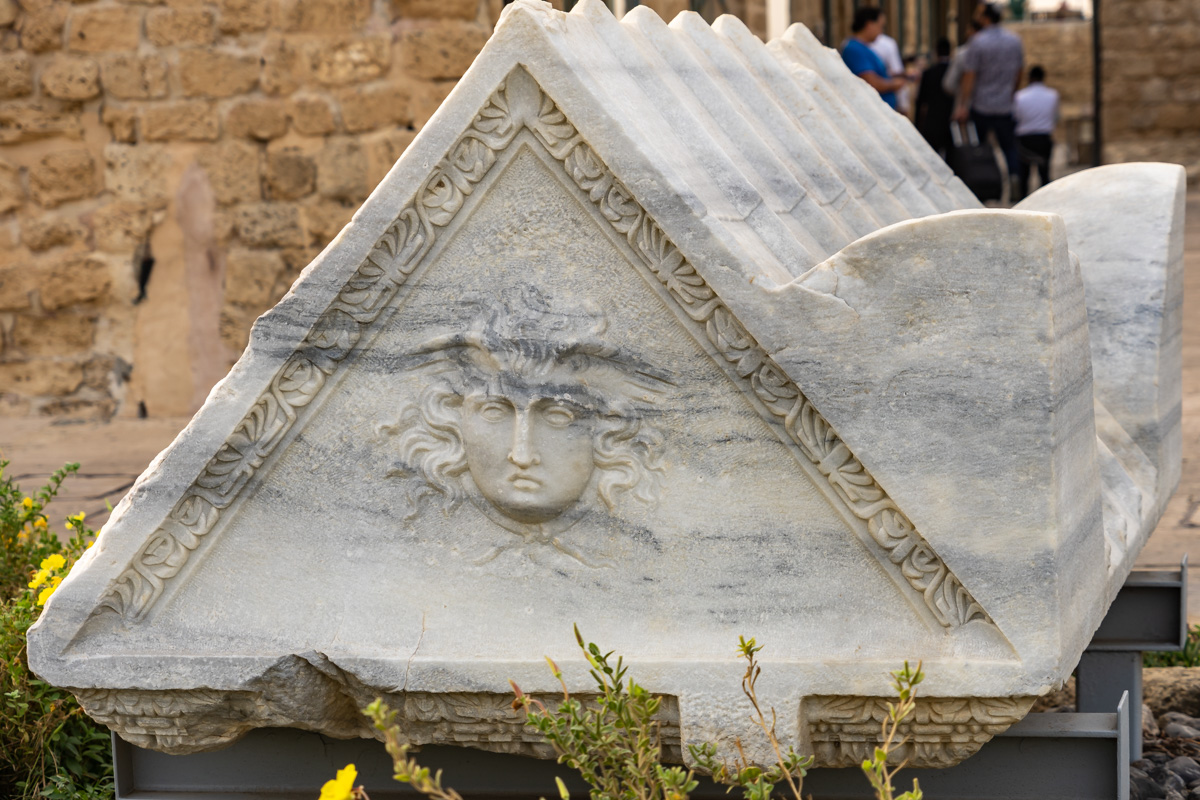 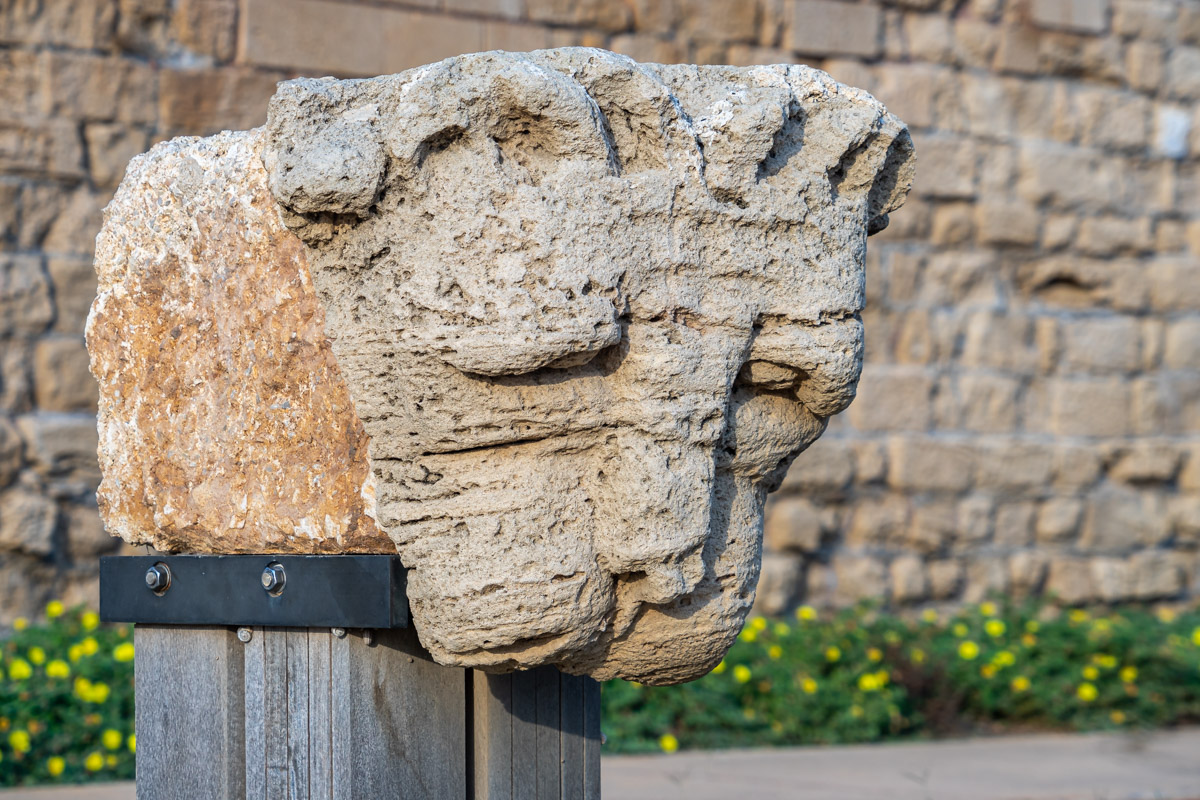 A few different focal-length perspectives towards the walls of the medieval fortified city. 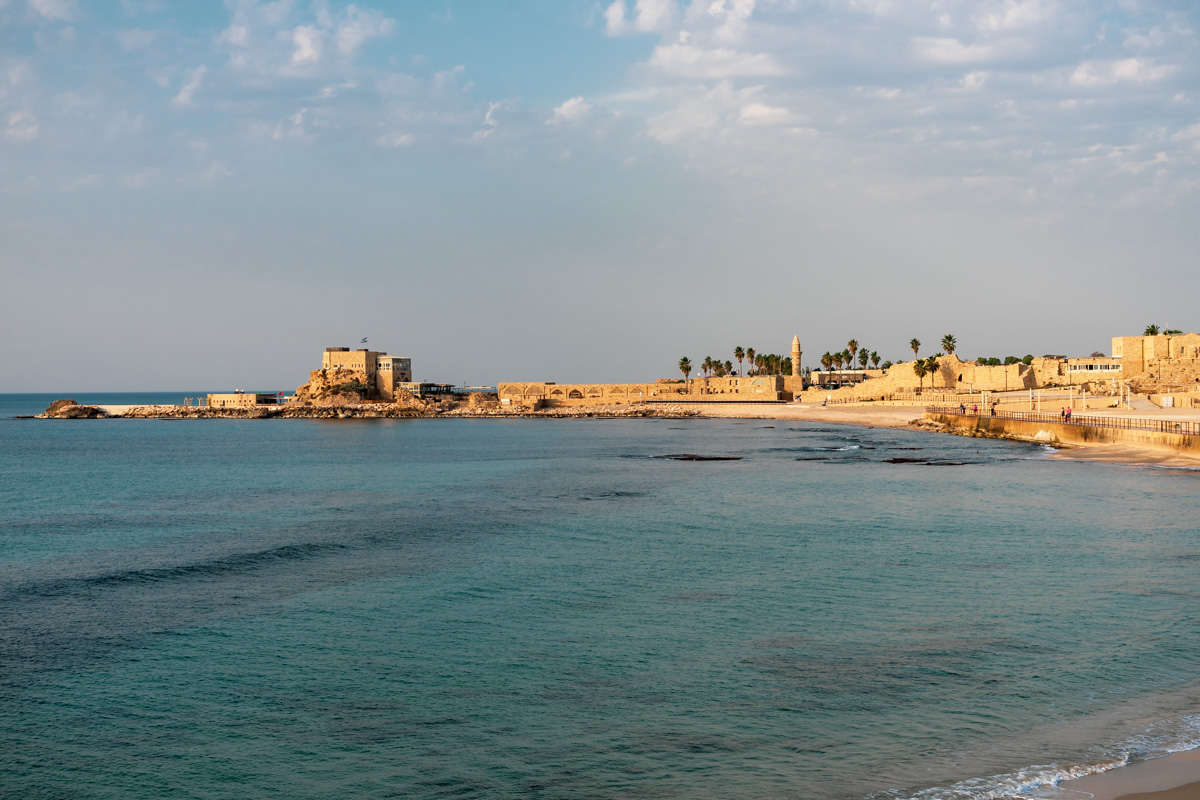 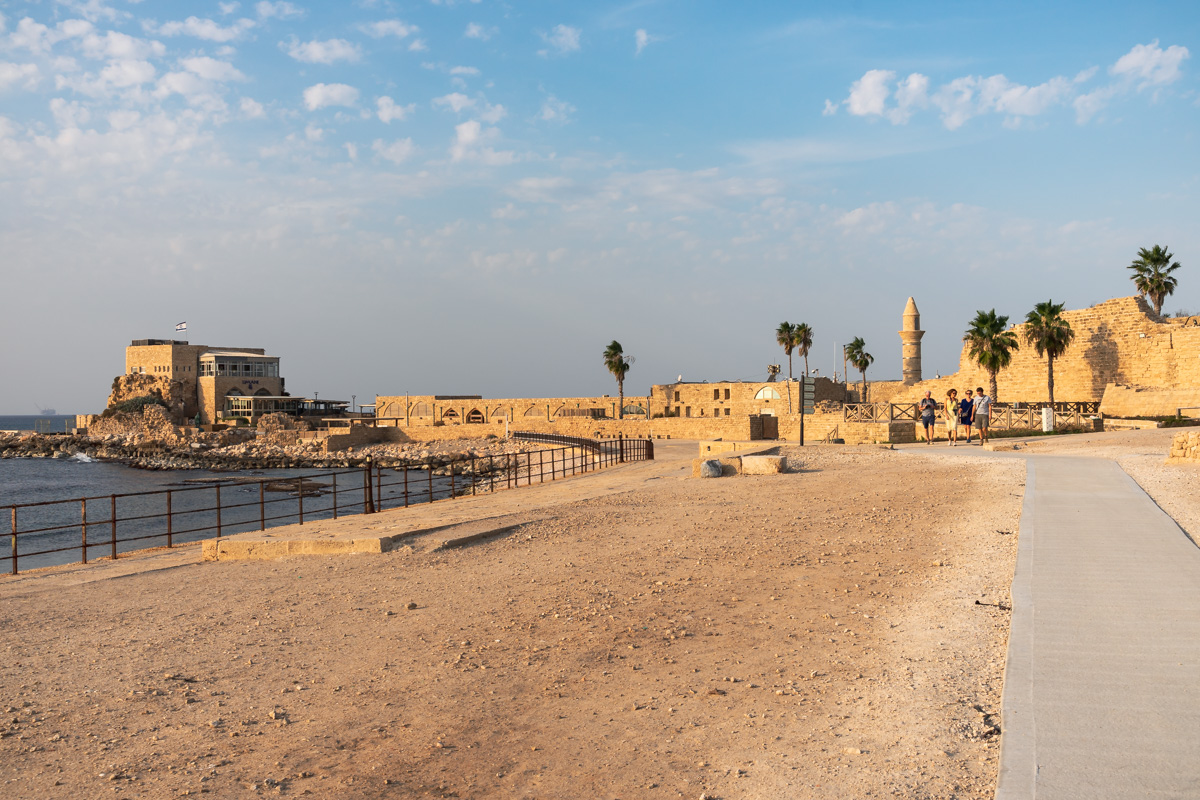 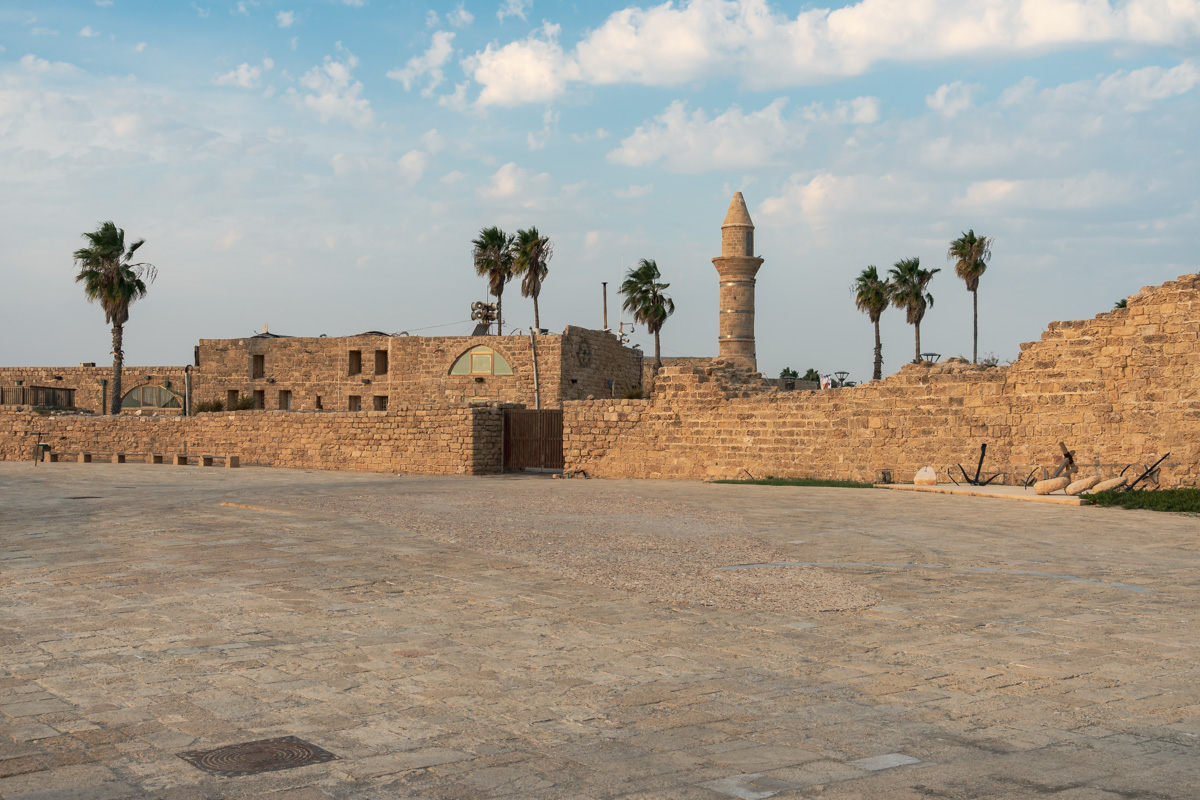 There is an outdoor mall and entertainment complex in the Caesarea Harbor which is at the heart of the old city. It actually comes to life in the late afternoon around the time the archaeological site closes its doors; somewhat uniquely among Israeli national parks, parts of the archaeological ruins can be accessed for free outside of the park’s opening hours. Of course, the majority of people who come here in the evening are looking for food, shopping and entertainment that has nothing to do with the centuries of history herewith. It does afford a person who spent time at the park an opportunity to have an early dinner on the waterfront while catching the sunset. 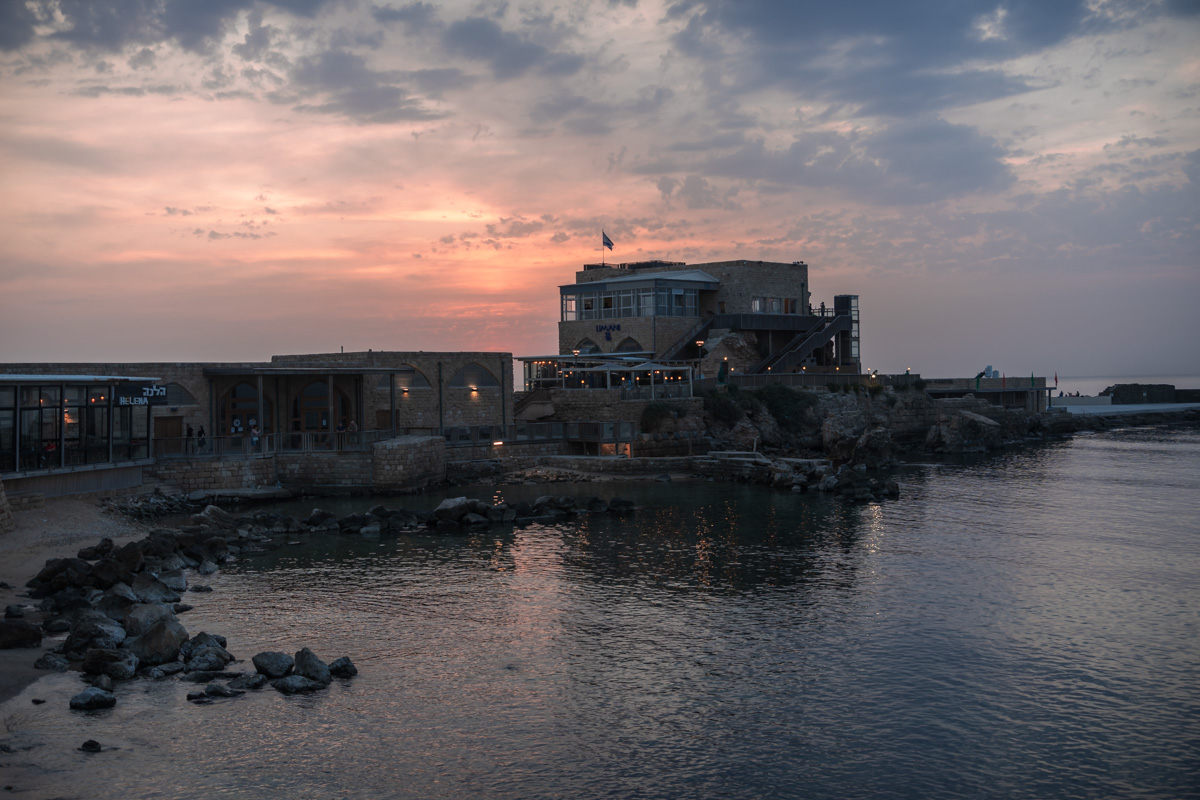 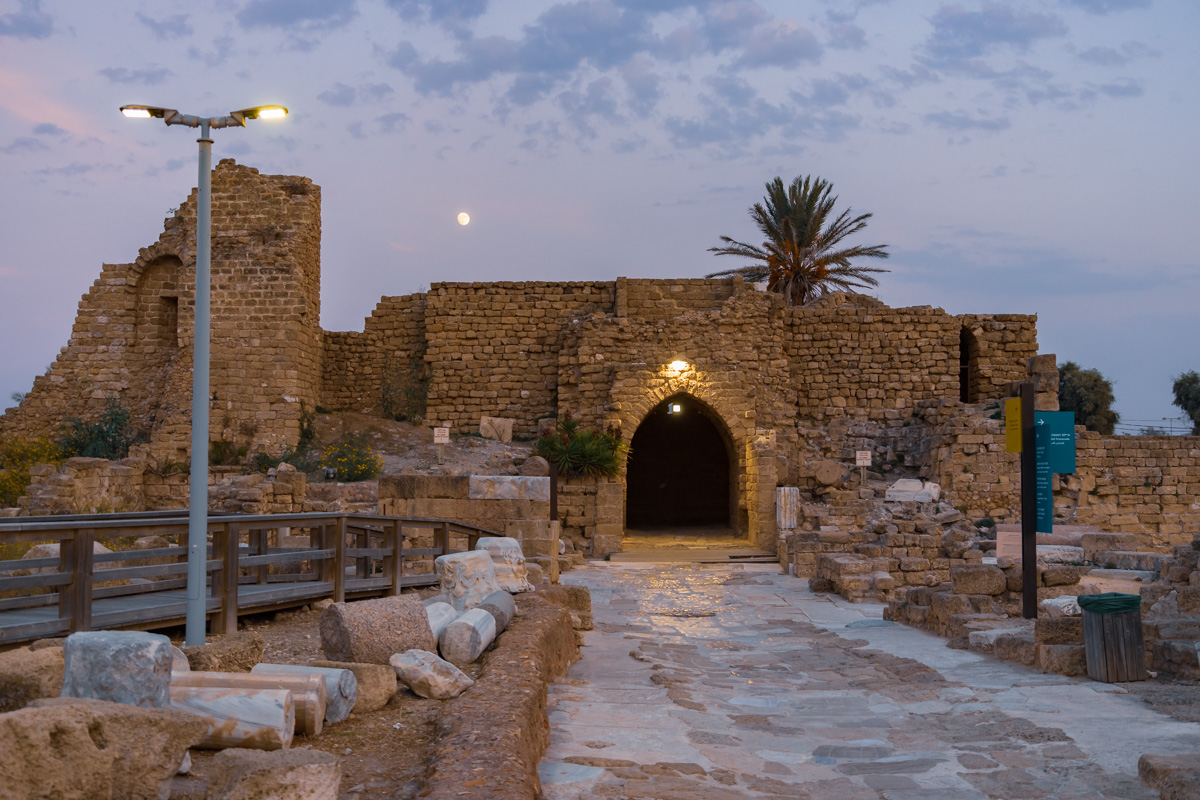 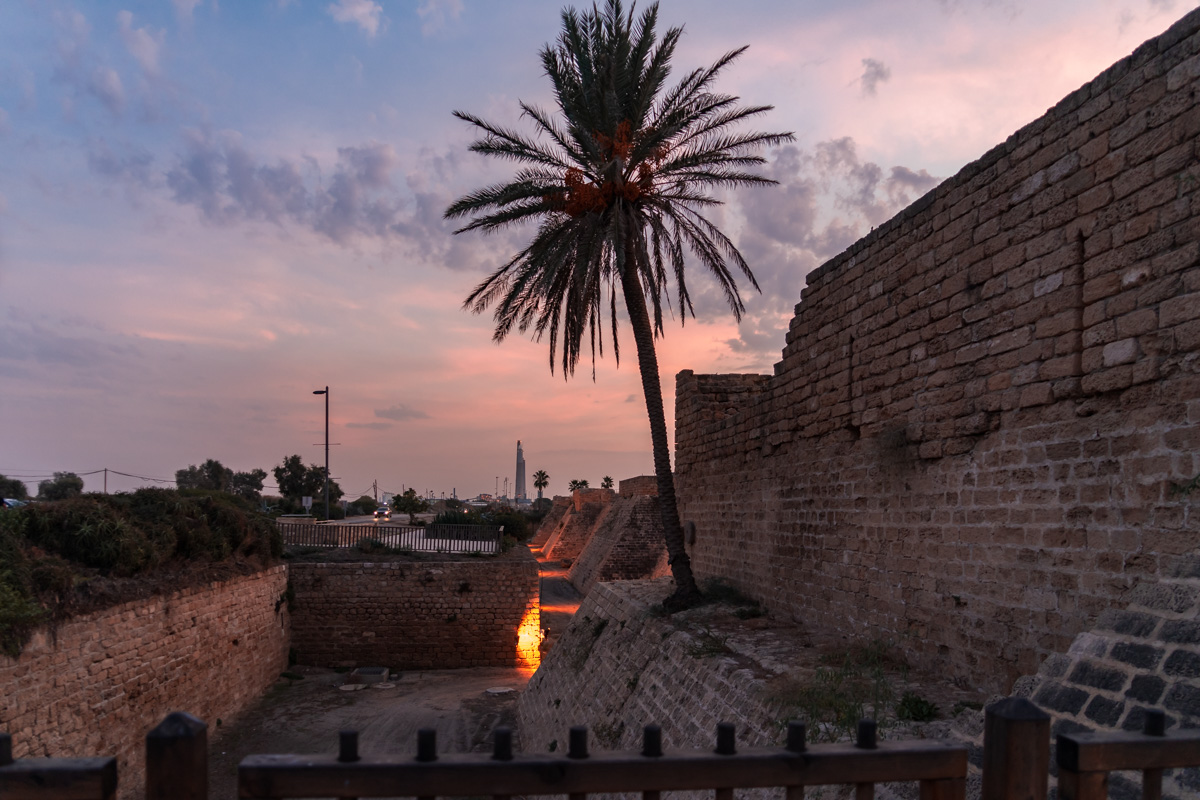 Caesarea is located roughly half-way between Tel Aviv and Haifa, reachable from either in about 35-40 minutes by car. Standard itineraries frequently combine it into the “seaside corridor” with Haifa and Acre. If you have the Israel Pass “orange card” (which allows one entry to practically all national parks in the space of two weeks), entrance to Caesarea is included with that.