For reasons both of my own doing and outside of my control, the Old City of Acre did not get a fair shake from me. I initially planned to visit it with a guide, in the early part of my itinerary, and give it 3-4 hours. In the end, I visited it on my own, towards the end of my stay in Israel, and left for my next scheduled stop after barely two hours.

The World Heritage inscription of Acre – in Hebrew, the city name is pronounced as Akko – is based on both its Crusader history and its features as an Ottoman fortified town. To get a good appreciation of the former, one needs to visit some of the paid points of interest in town which is something that I failed to do. For the Ottoman features – and the fortifications – all you need to do is walk around.

The marina at the southeastern edge of town is among the most picturesque sights. 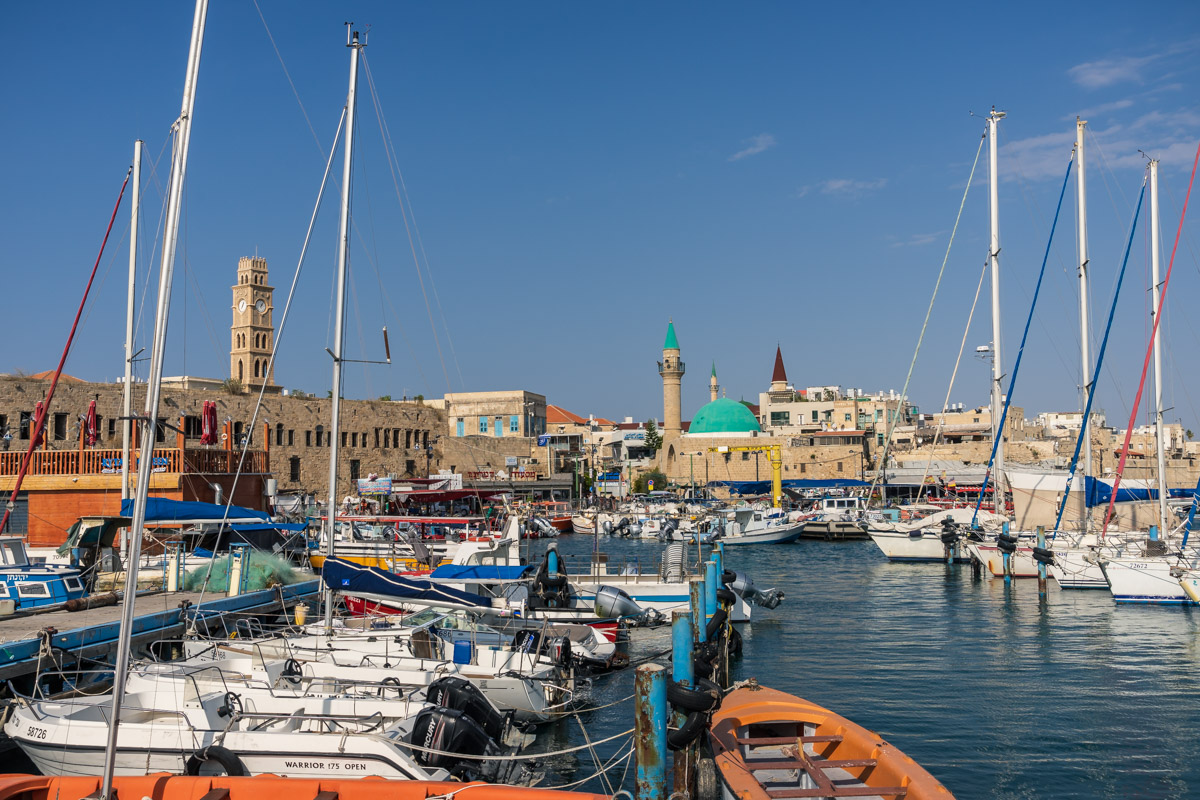 On the left there is one of the khans, or historic inns. It is called Khan of the Pillars, built in the end of 18th century. Upon closer viewing, it shows significant signs of neglect, similar to which you find all over the town core. 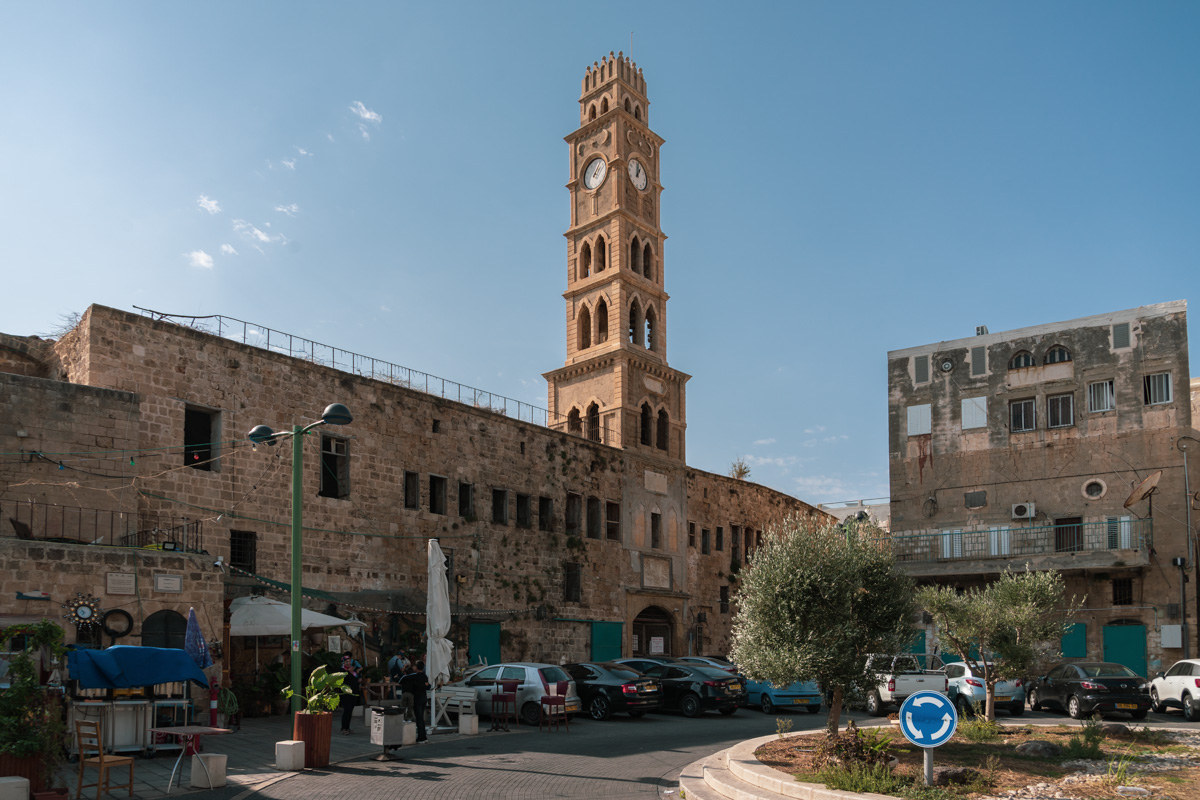 I recognize that I am using this as an excuse, but these frequent signs of neglect must have contributed to the fact that I neither took many pictures nor felt that I needed to extend my time in Acre.

Mosques are definitely the best-maintained edifices in Acre, as they are in any other Muslim-majority town. This is Sinan Basha Mosque. 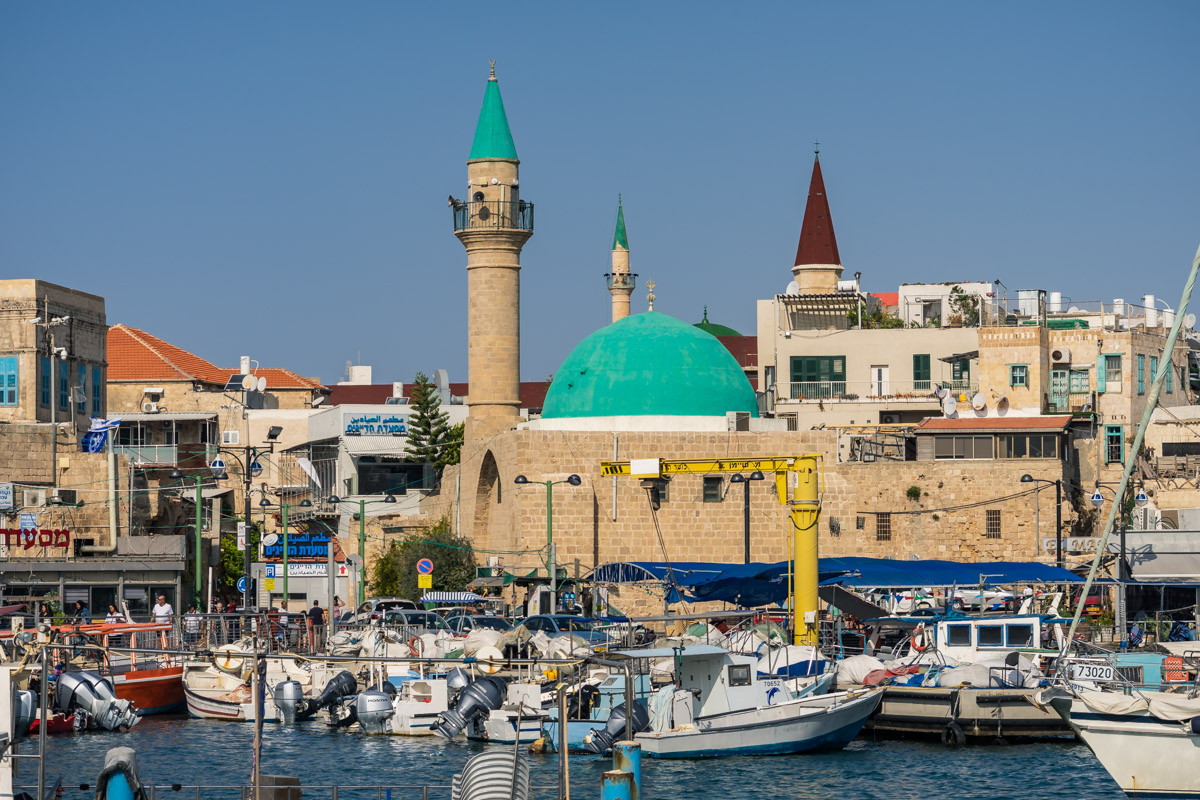 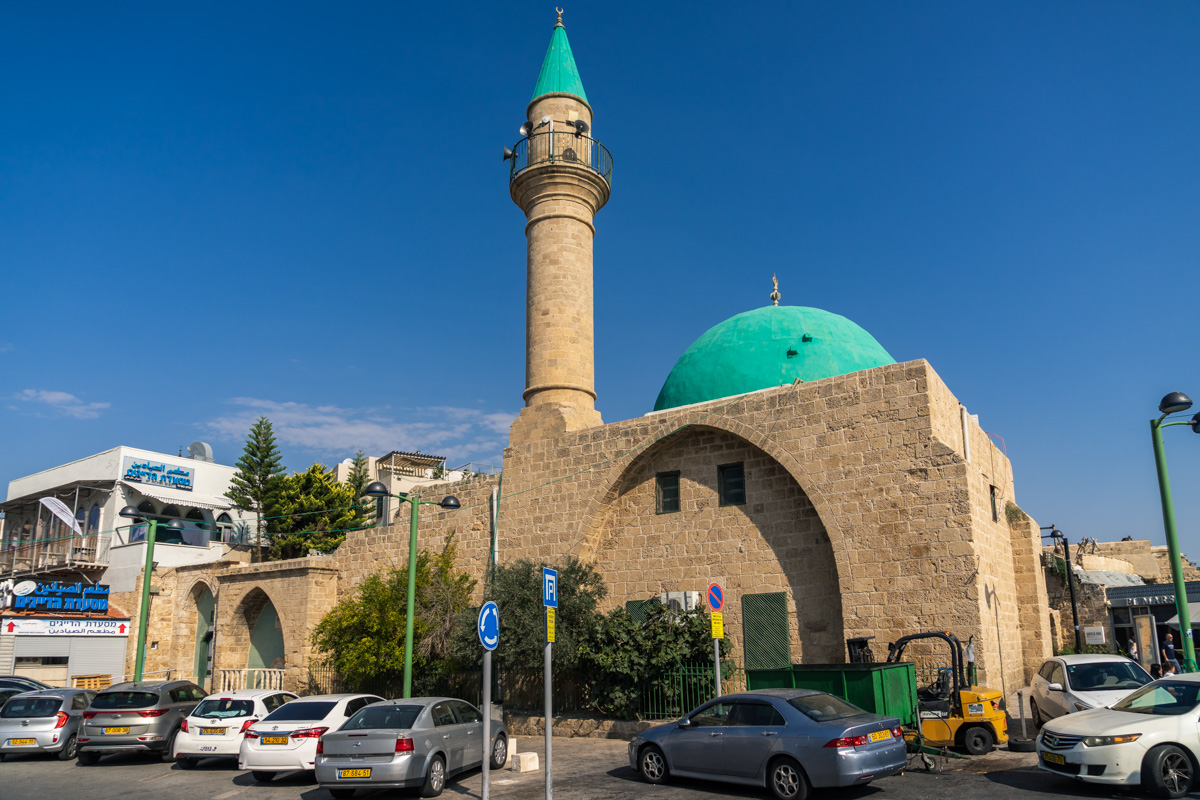 The walls of the town are mostly well-standing on all sides beyond the marina. This standalone fragment once was part of port protection. 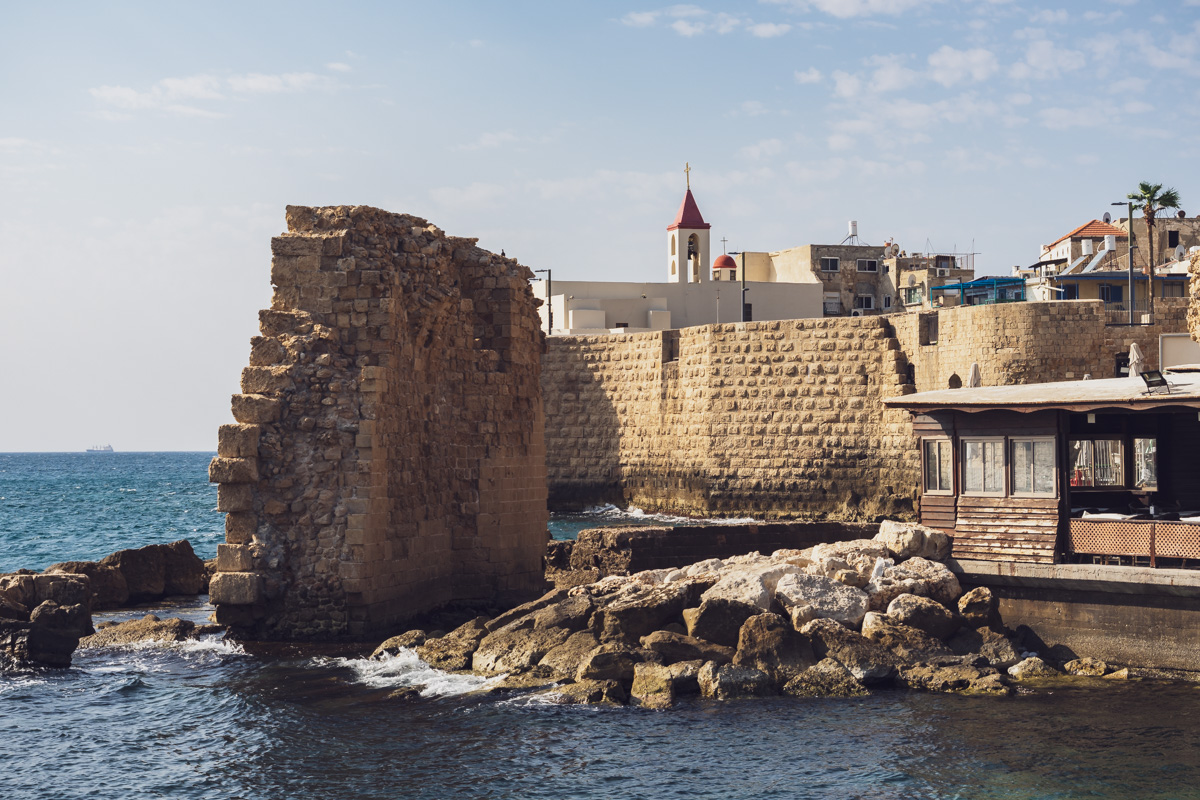 A few assorted views within the town, not without an occasional picturesque perspective. 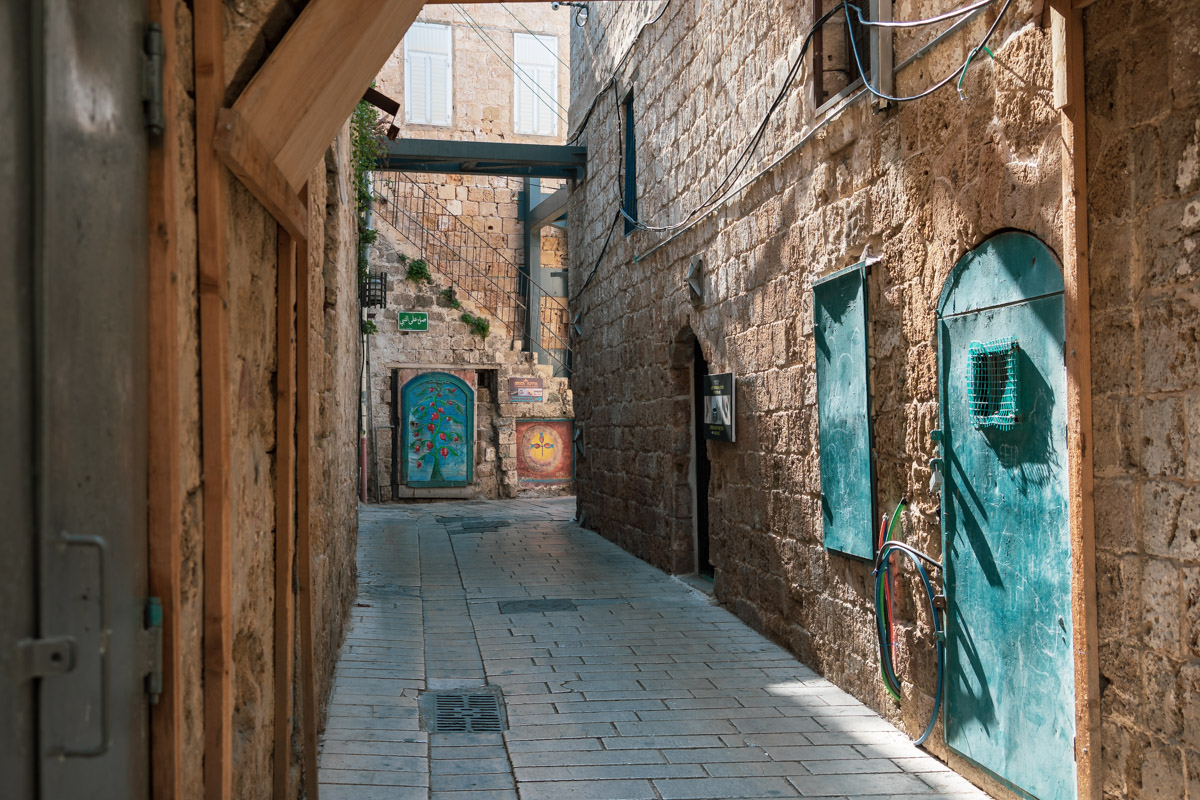 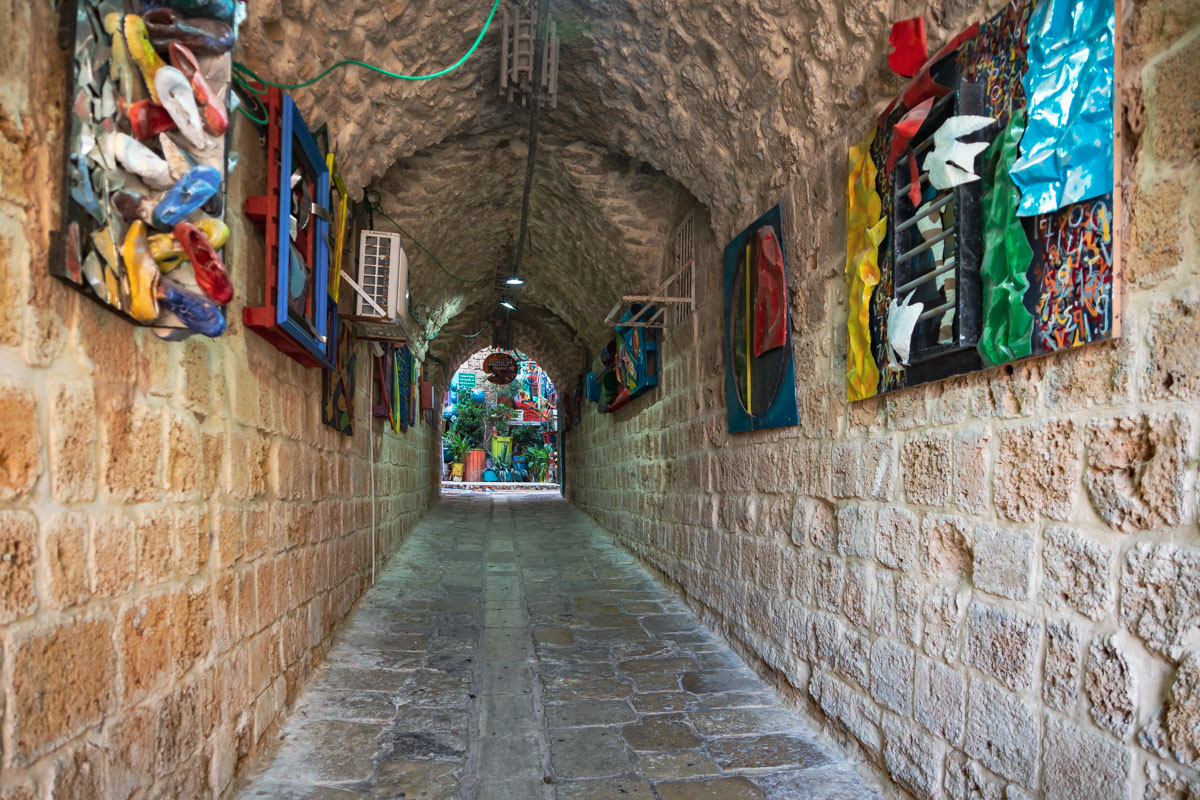 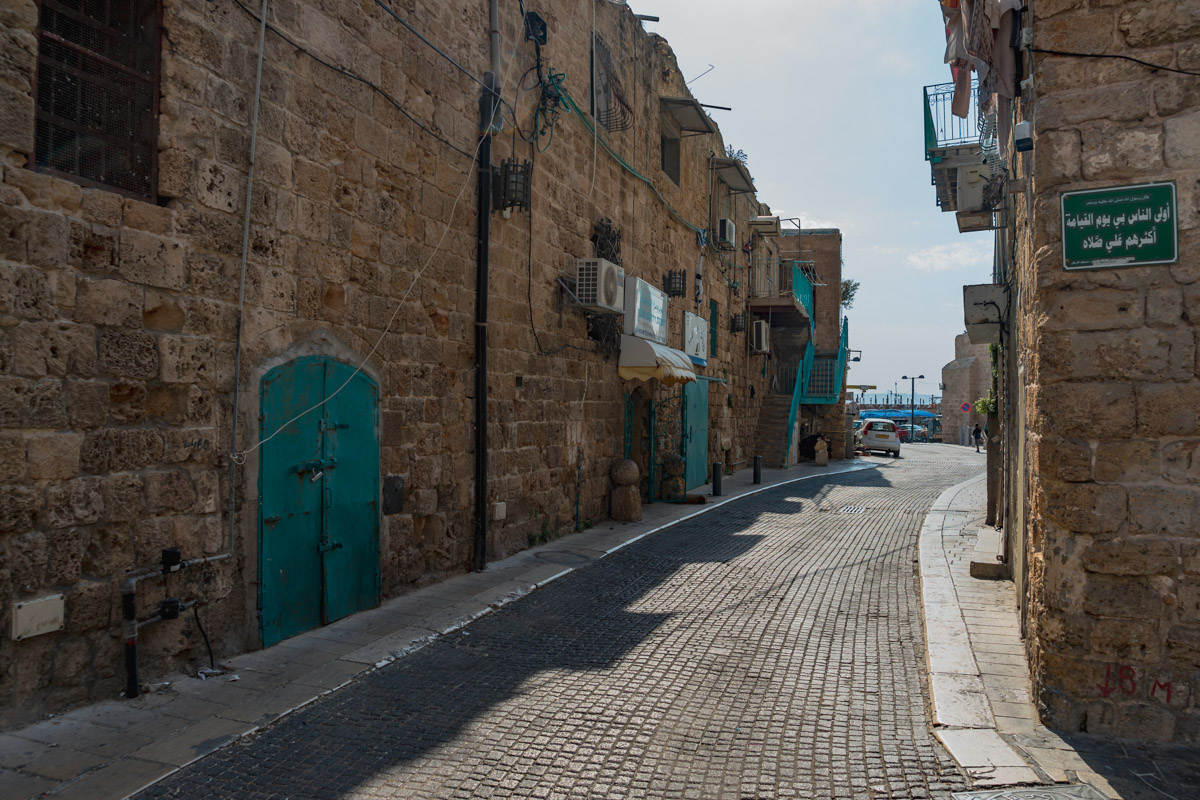 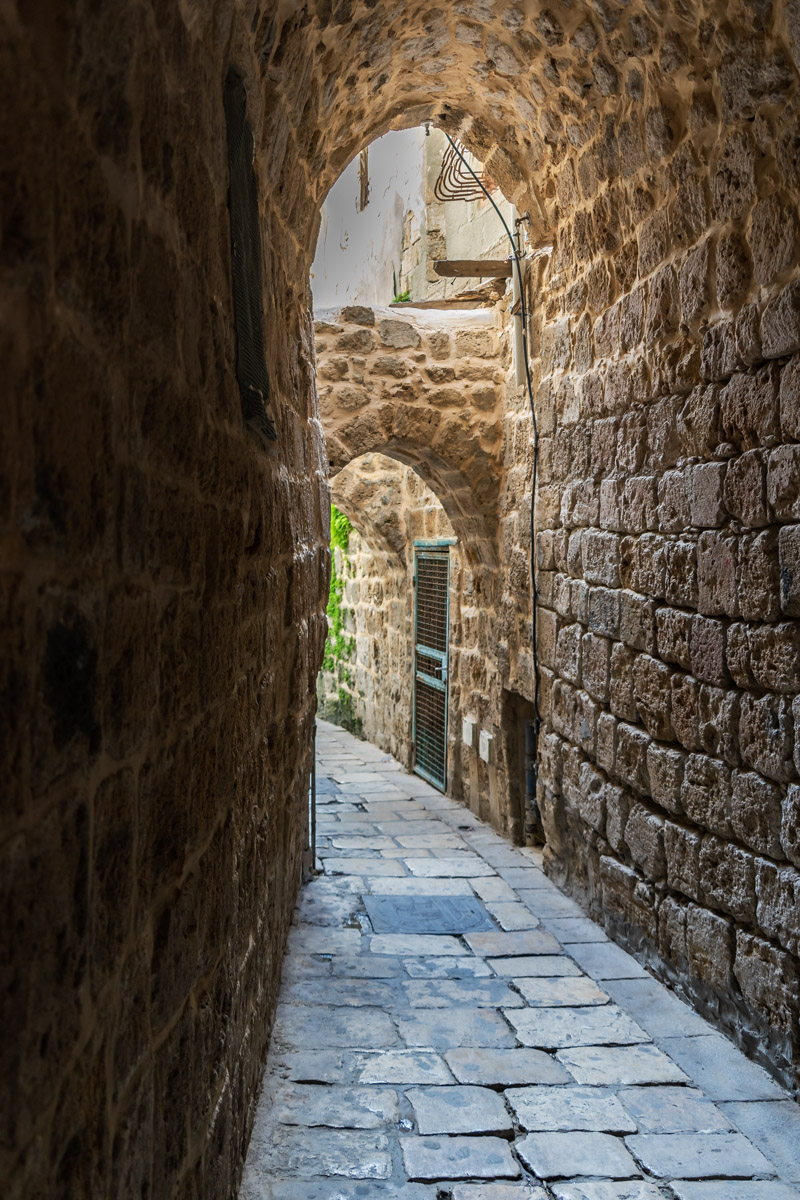 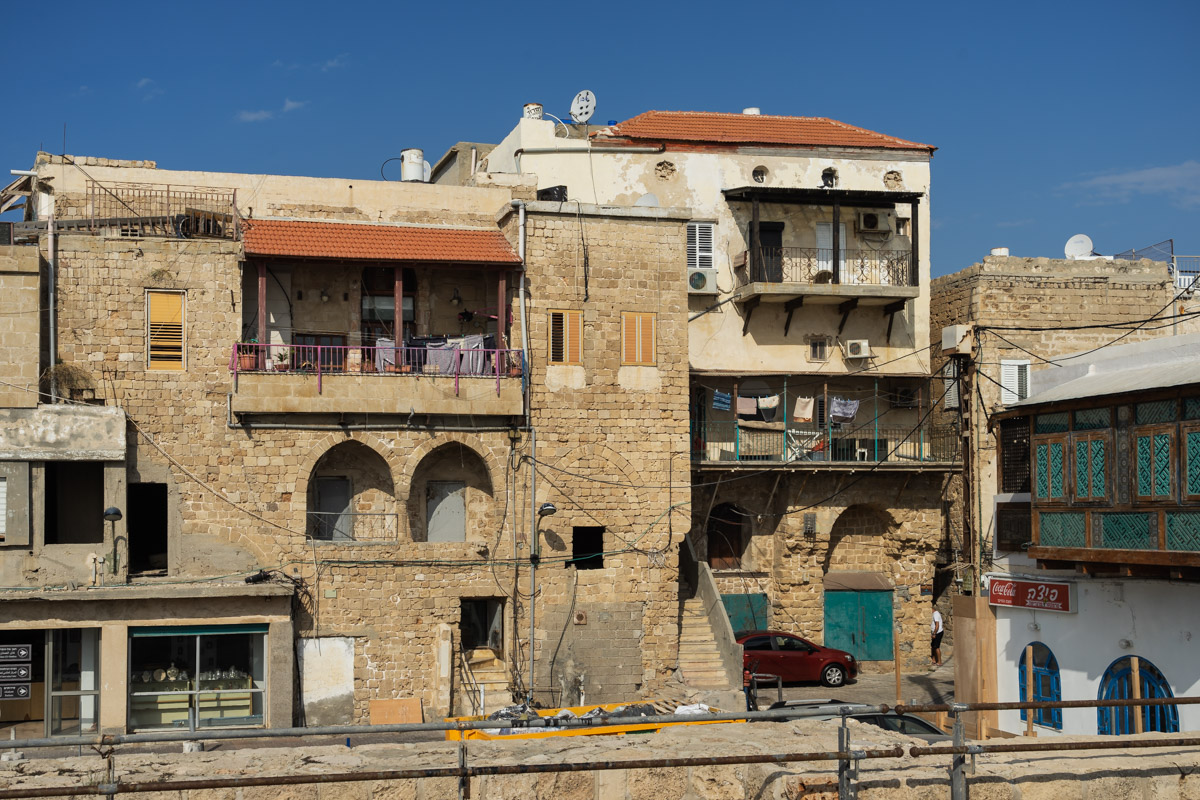 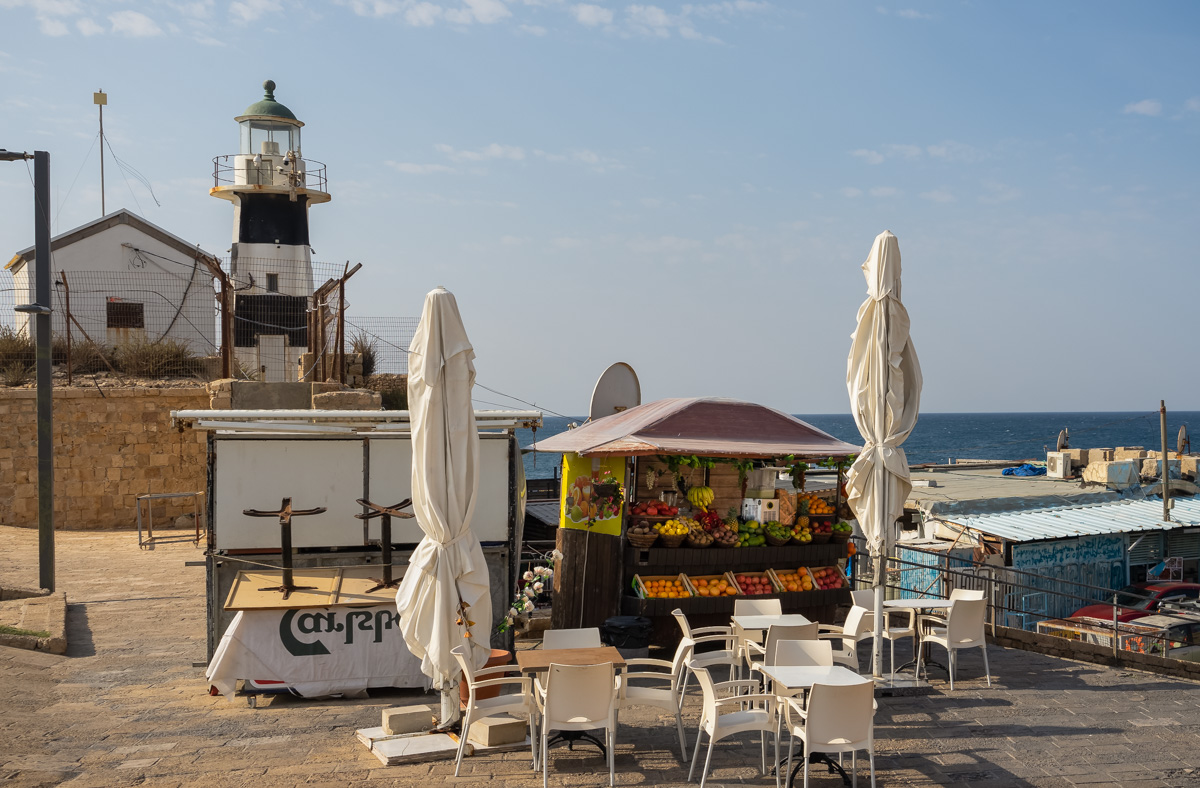 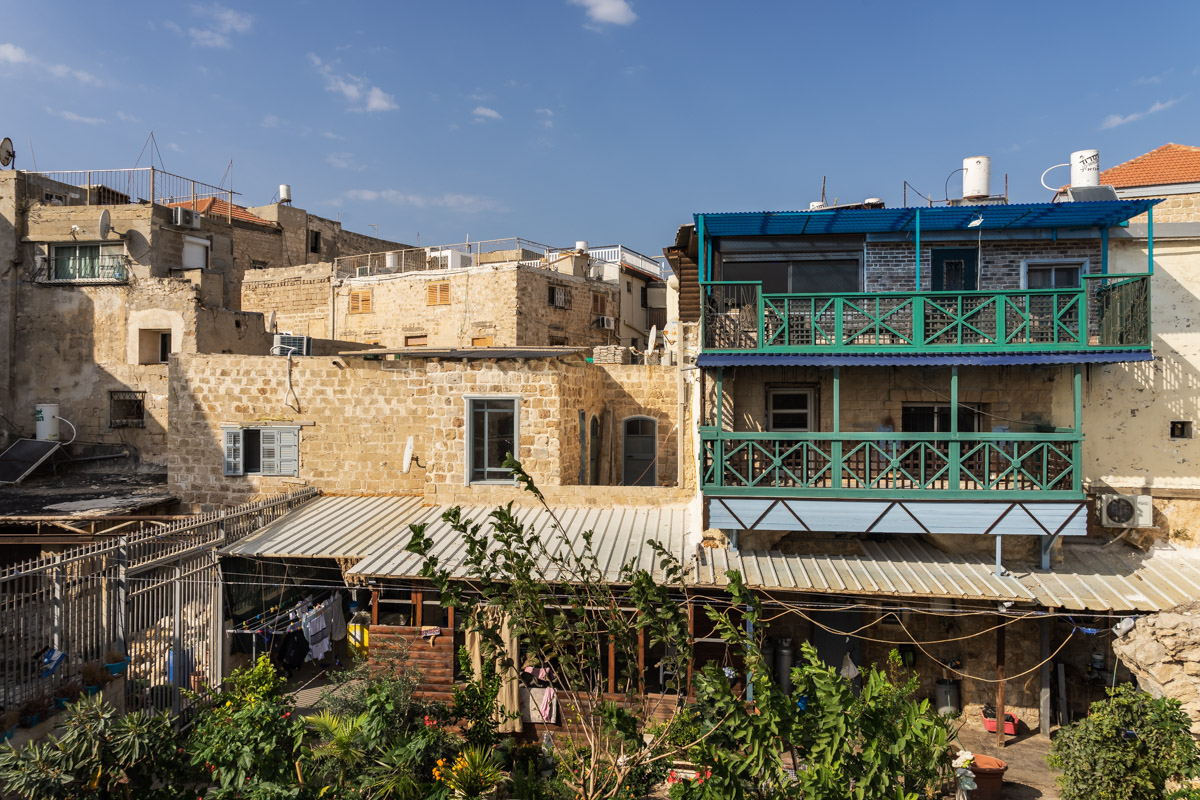 The crests on the walls highlight both the Crusader and the Ottoman past. 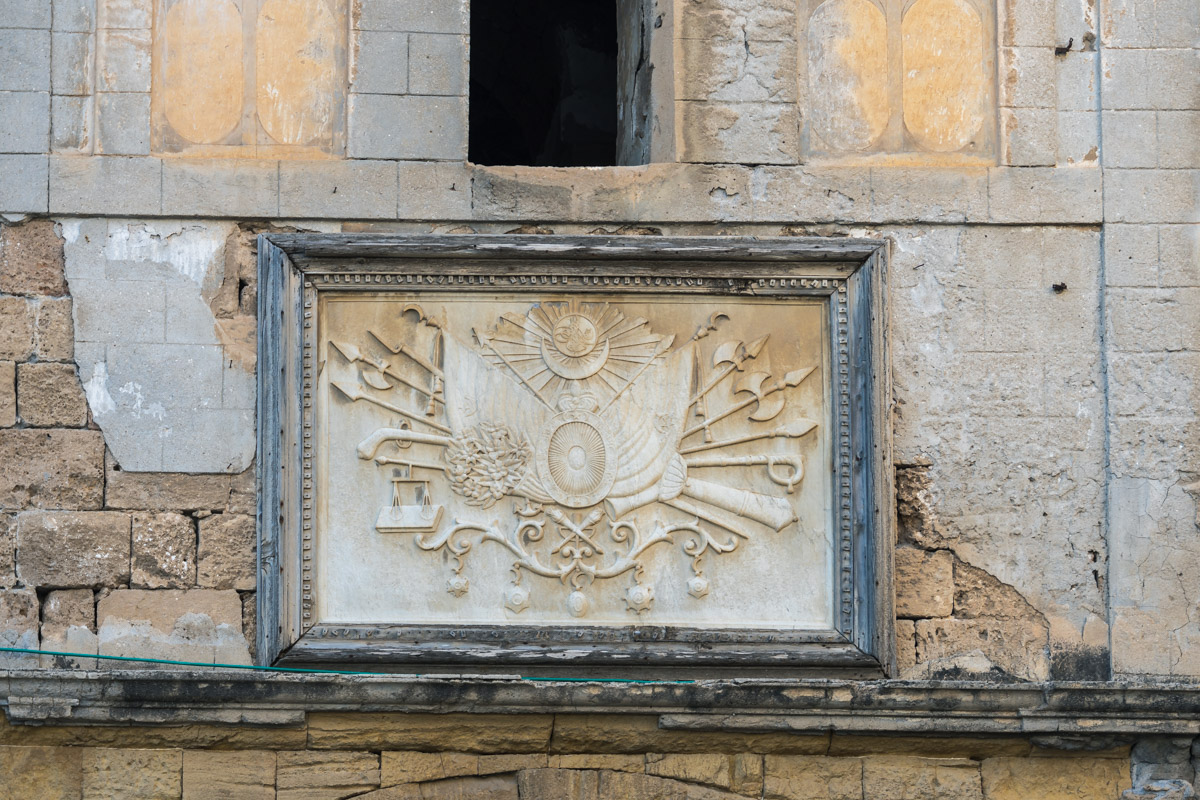 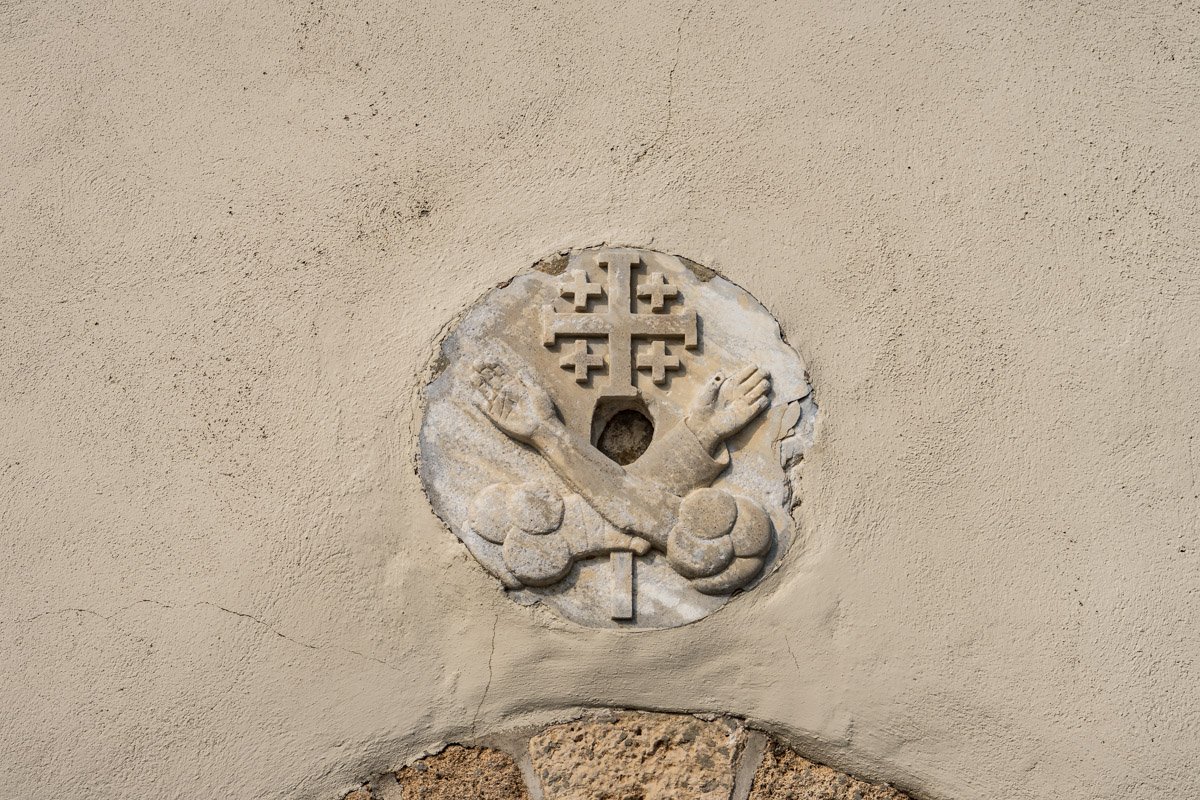 I was walking towards my parked car when I decided to take a peek at the Al-Jazzar Mosque. 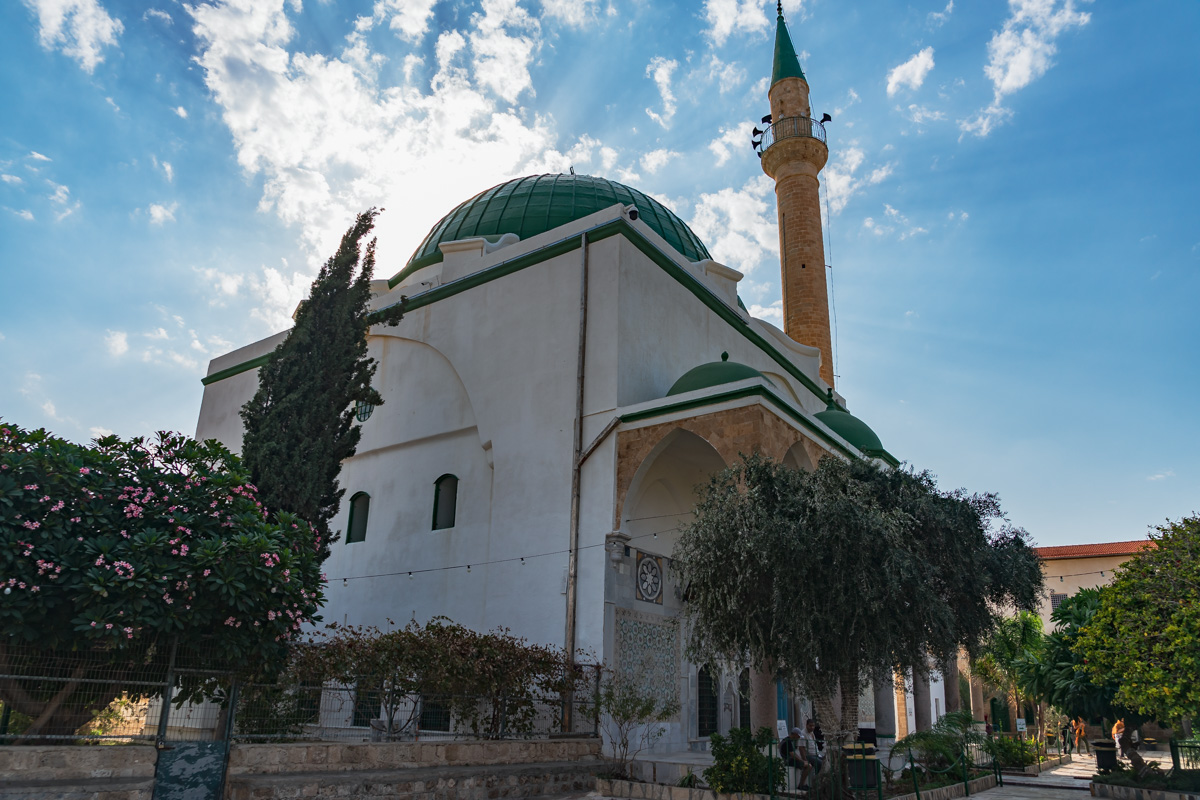 Also known as the White Mosque, it is a contemporary of the Khan of the Pillars. 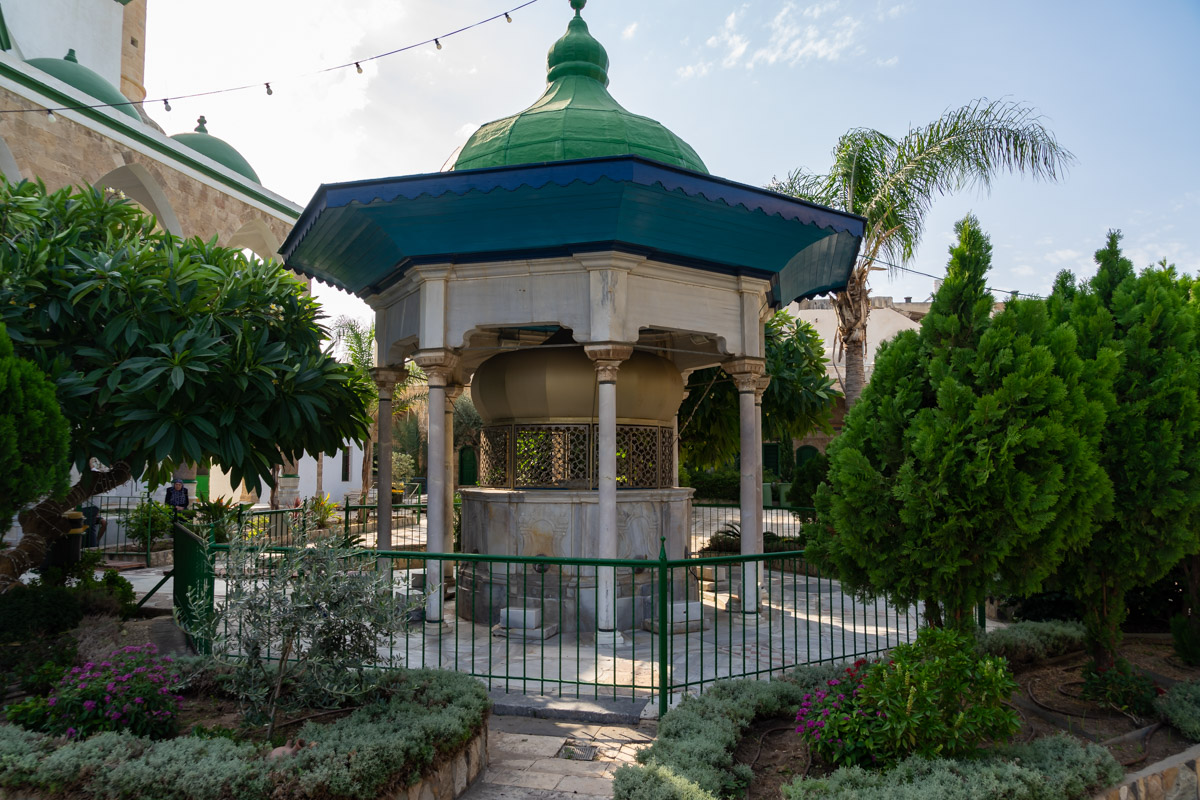 Several months ago, while in Mostar in Bosnia, I marveled at the fact that non-Muslim tourists were allowed to take photographs inside a mosque right during worships. Having set foot in a number of mosques on this trip, I am starting to recognize that it may be the norm in places that charge visitors to enter. After I had paid a fairly nominal fee to enter the compound, I was expressly invited into the mosque itself to stand in the back and take as many pictures as I wanted. I took but a few. 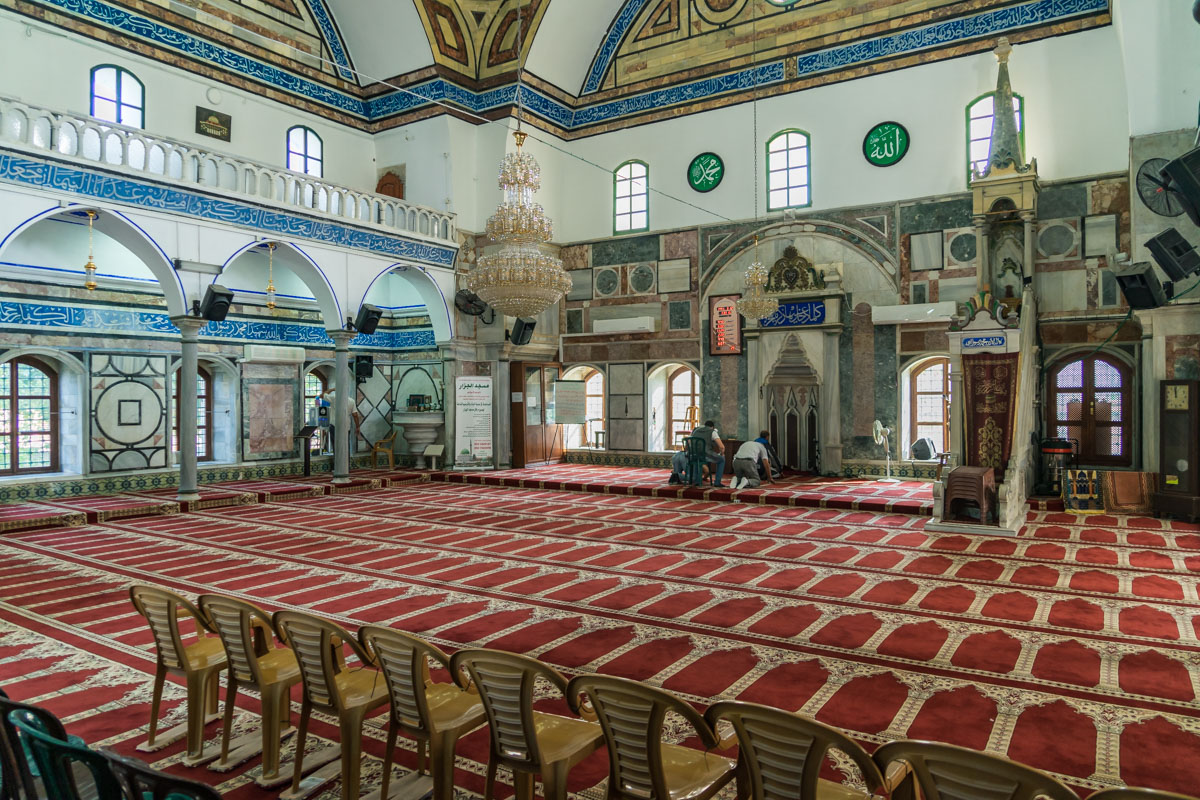 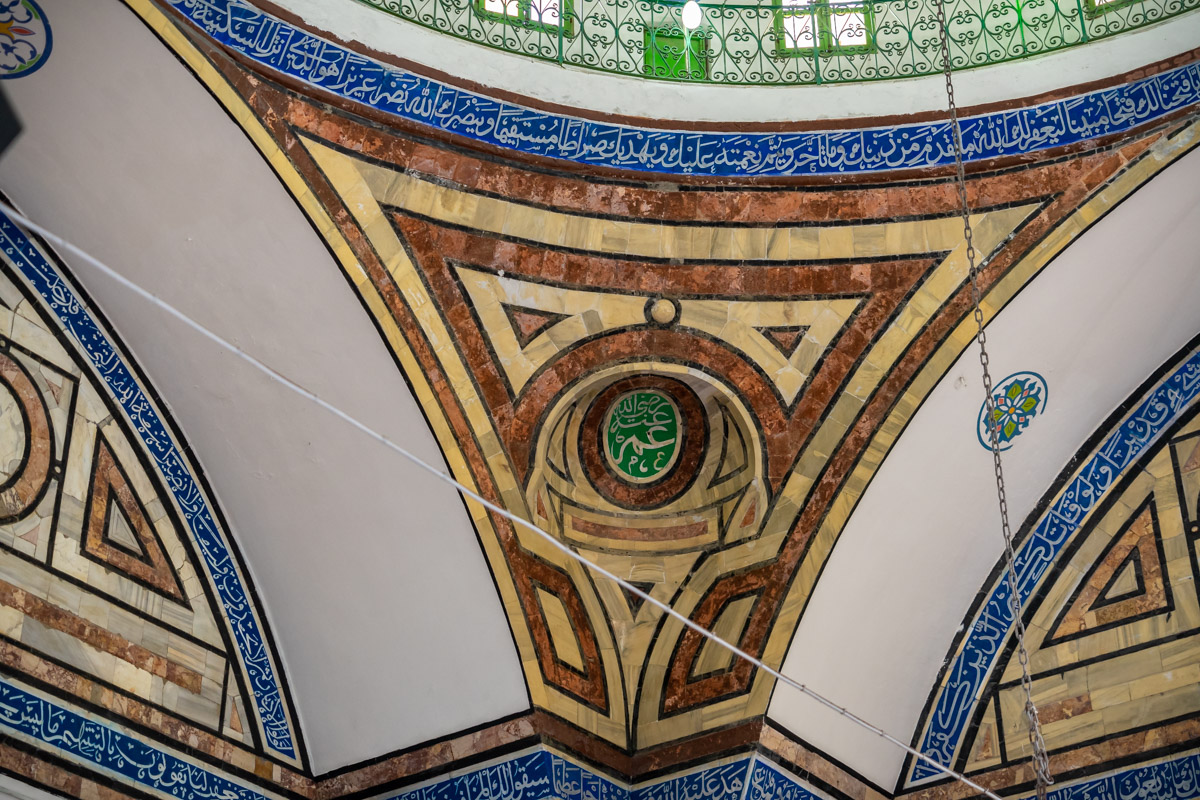 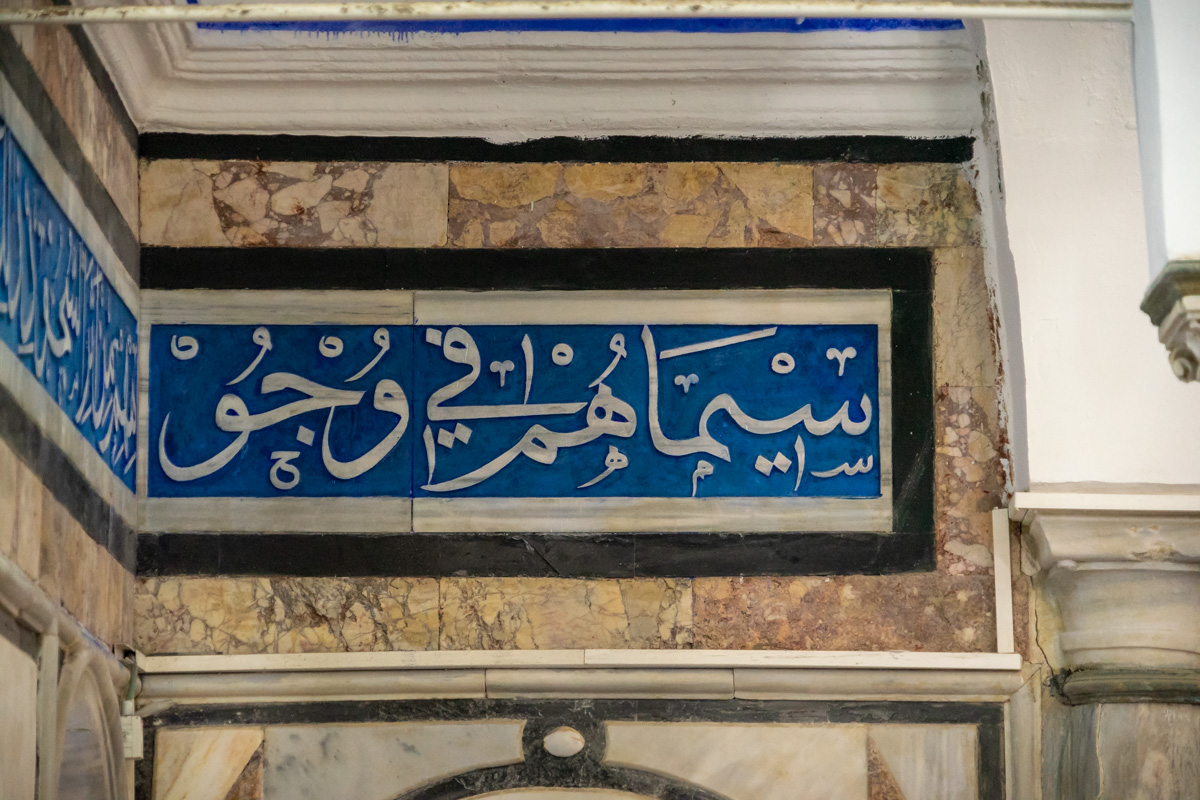 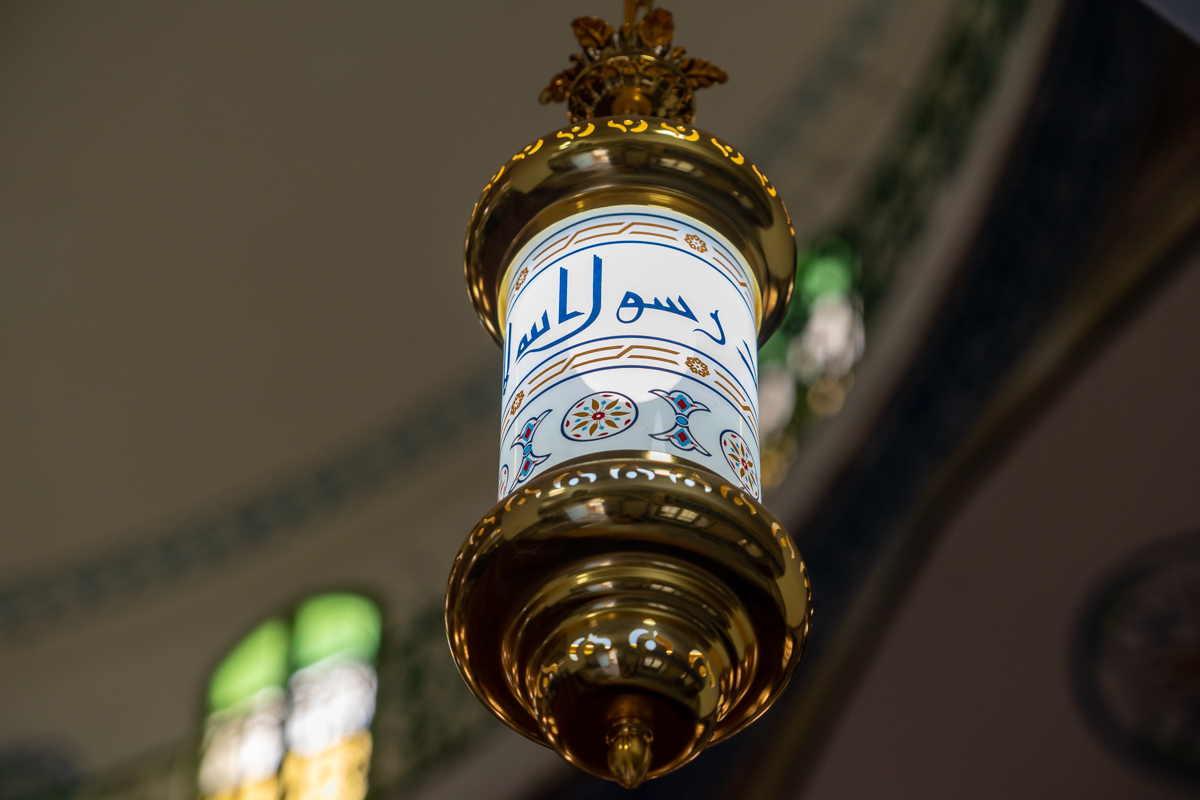 It has to be one of my biggest regrets from the time in Israel that I gave Acre no more than a superficial look. I will certainly rectify that on a return trip.