Anyone who knows anything about the world history cannot be surprised that Israel abounds with archaeological sites of note. Eastern Mediterranean lands have been settled by various civilizations across different eras, and they all left reminders of their heyday. In many instances, those reminders are stacked upon each other in what is known as tels – historic settlement mounds, often built by a new civilization or a new conqueror on top of the remains of a prior one. Three of the tels are inscribed together on the World Heritage list as the representative reflections of the wealth and power of Bronze and Iron Age cities in the fertile biblical lands.

The biggest and the most popular of them is Megiddo, in the Lower Galilee. It had been settled from Neolithic times through the Bronze and Iron Ages until about 3rd century BCE. Excavations in the 20th century unearthed over twenty layers of cities successively built on this site.

The main gates to the site – they are from the Late Canaanite period (late Bronze Age) – are pretty promising as surviving components. 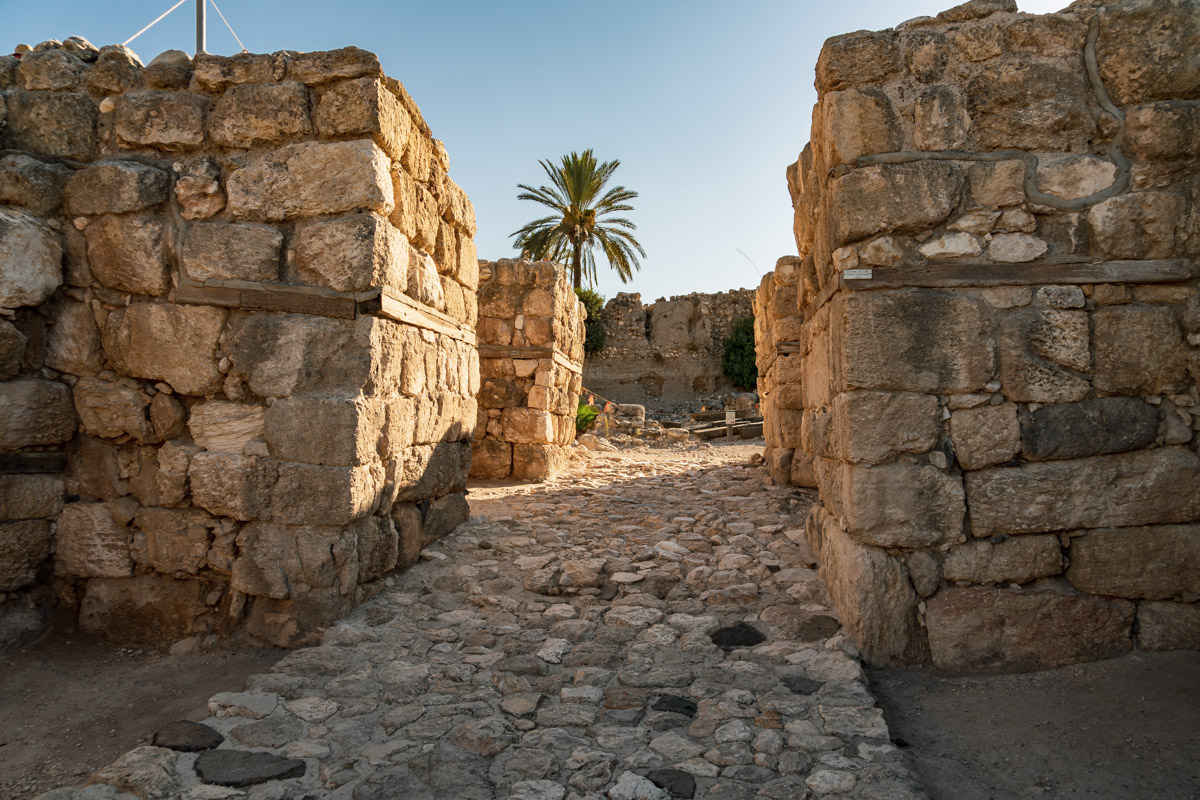 A closer look suggests that the wooden beams that reinforce the structure have been restored as recently as 1993.

The rest of the site is low wall outlines and occasional stand-alone features. A casual visitor is unlikely to be able to find enough visuals to appreciate anything more than the vague yet obvious notion that this place is really really old. 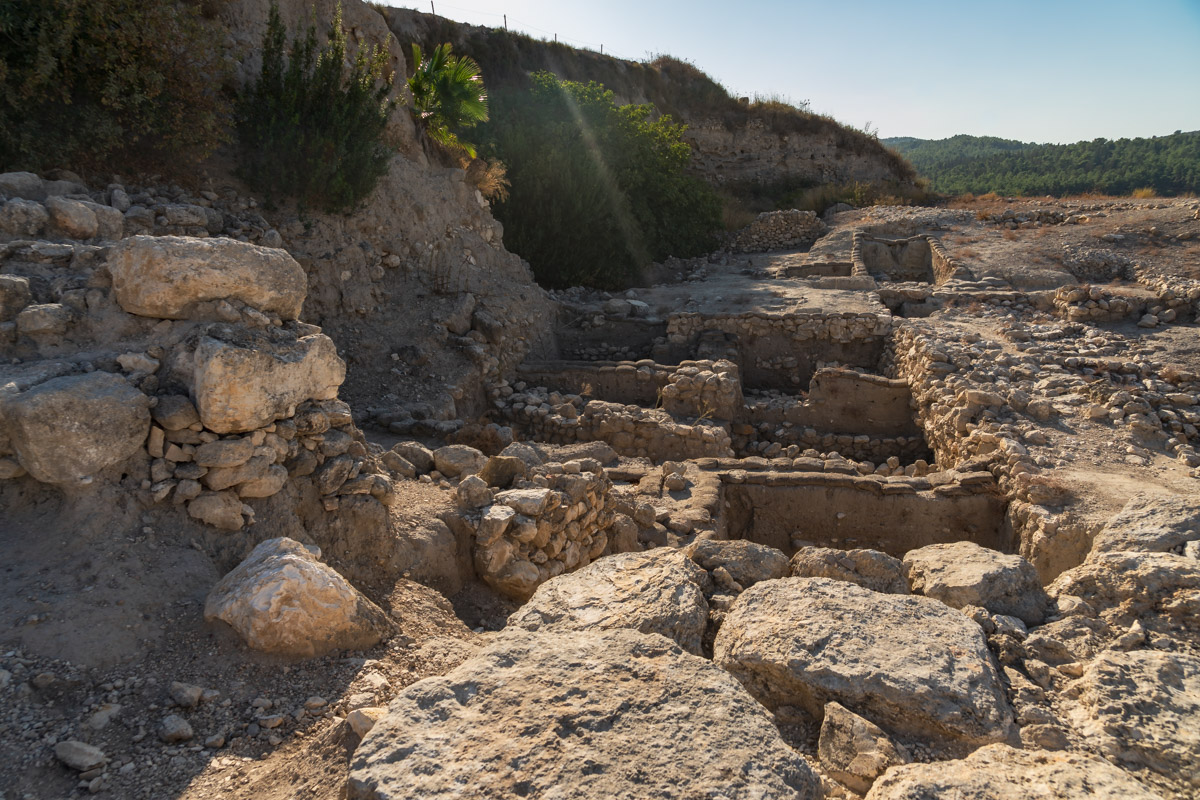 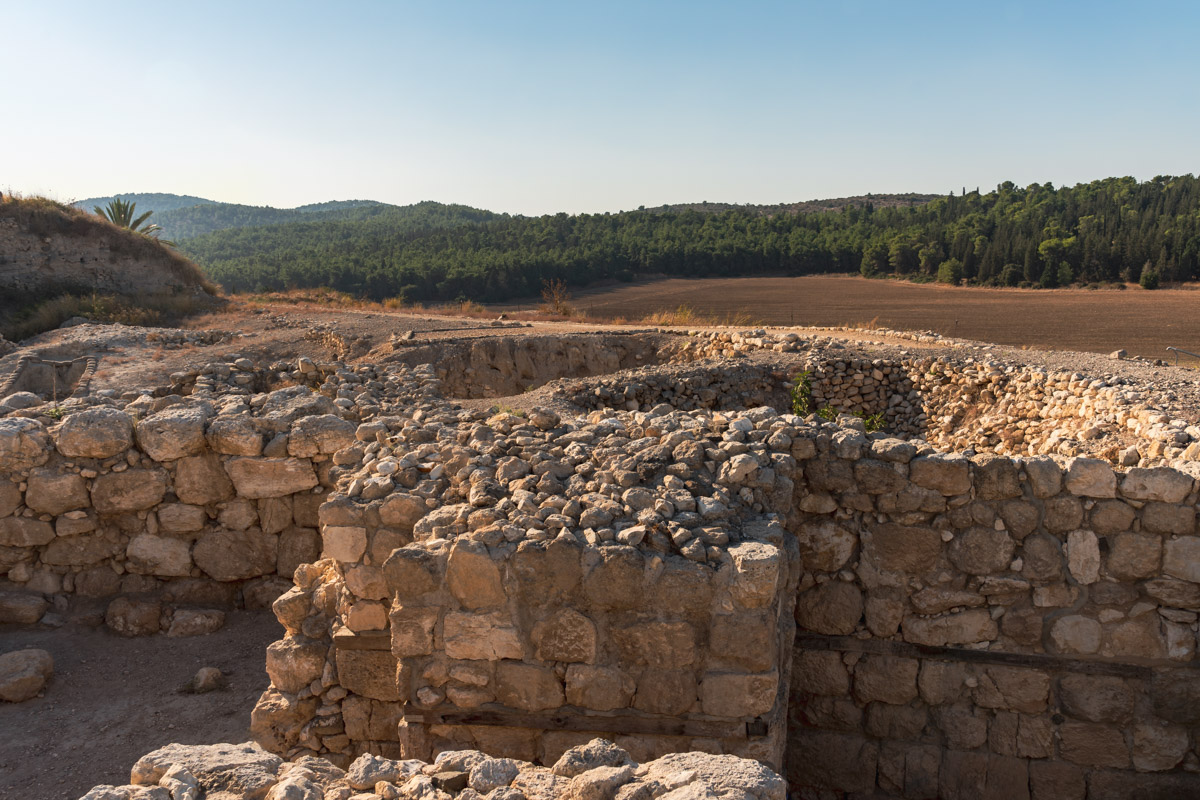 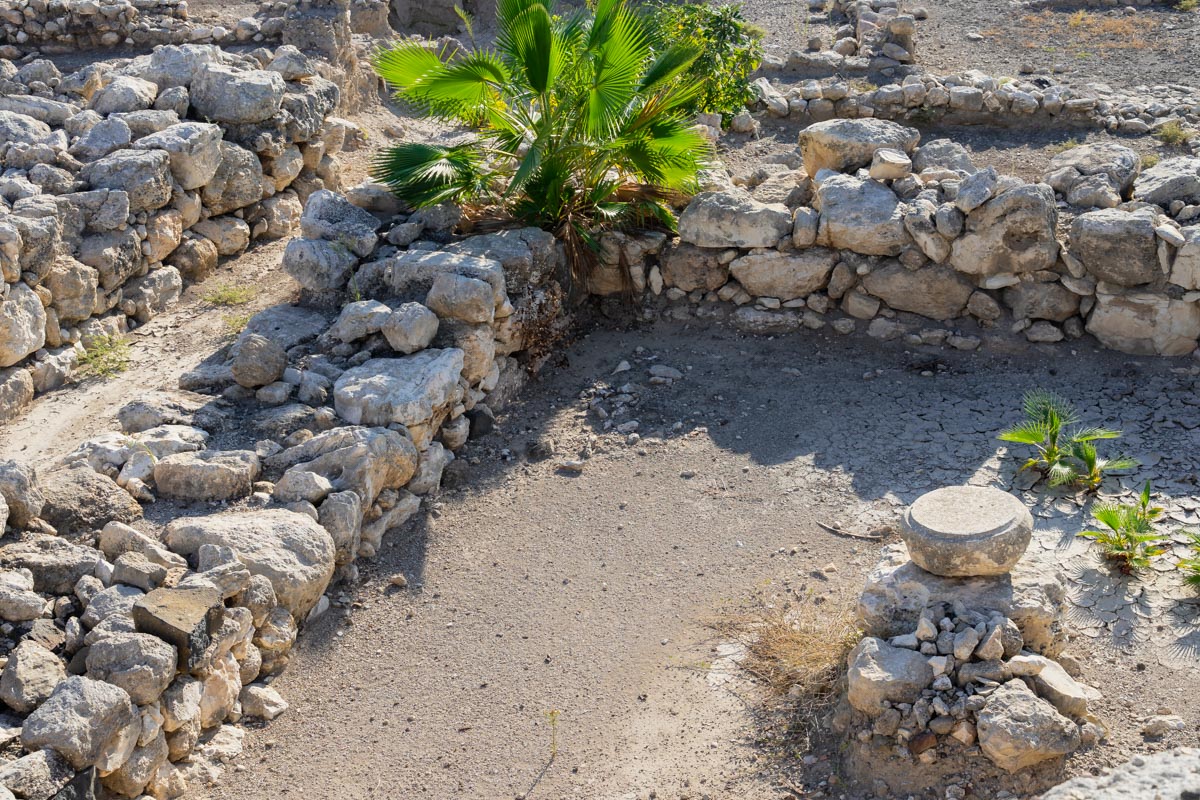 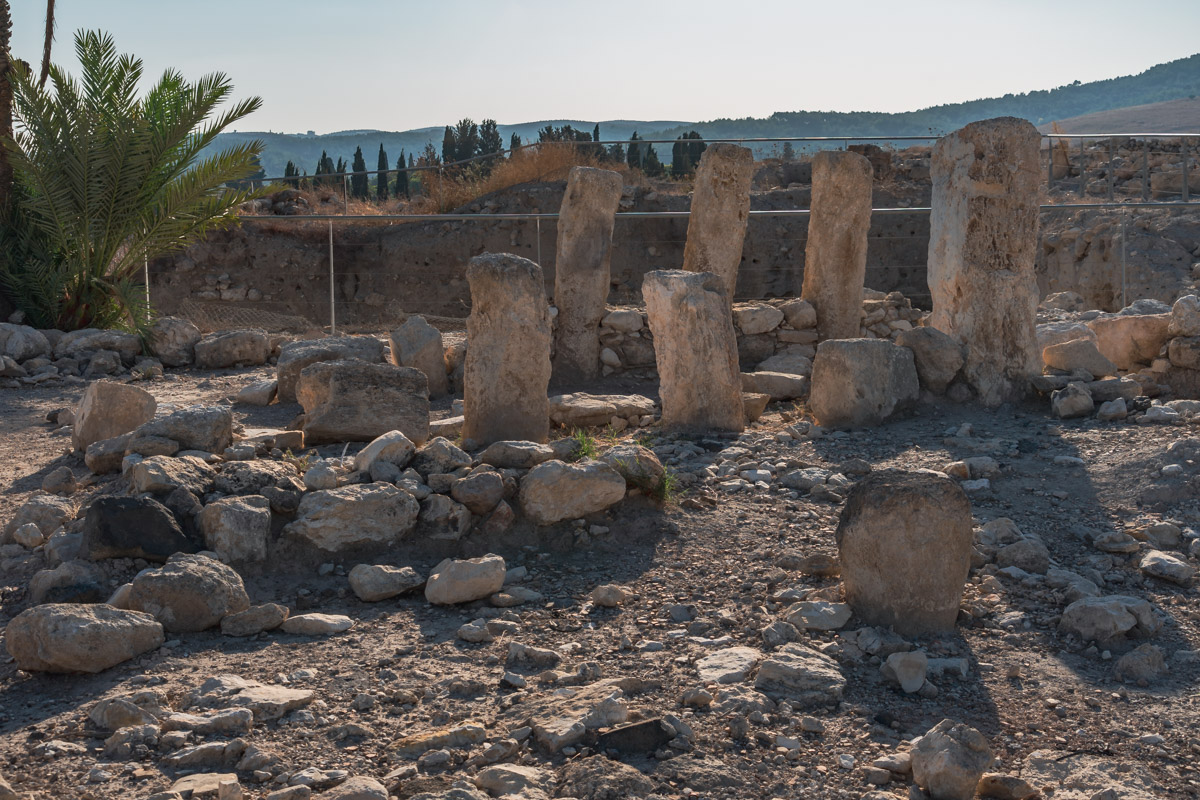 There are a dozen and a half designated points of interest on the walking circuit. As an illustration, these remains are called the “southern palace”, dated from 9th or 10th century BC. 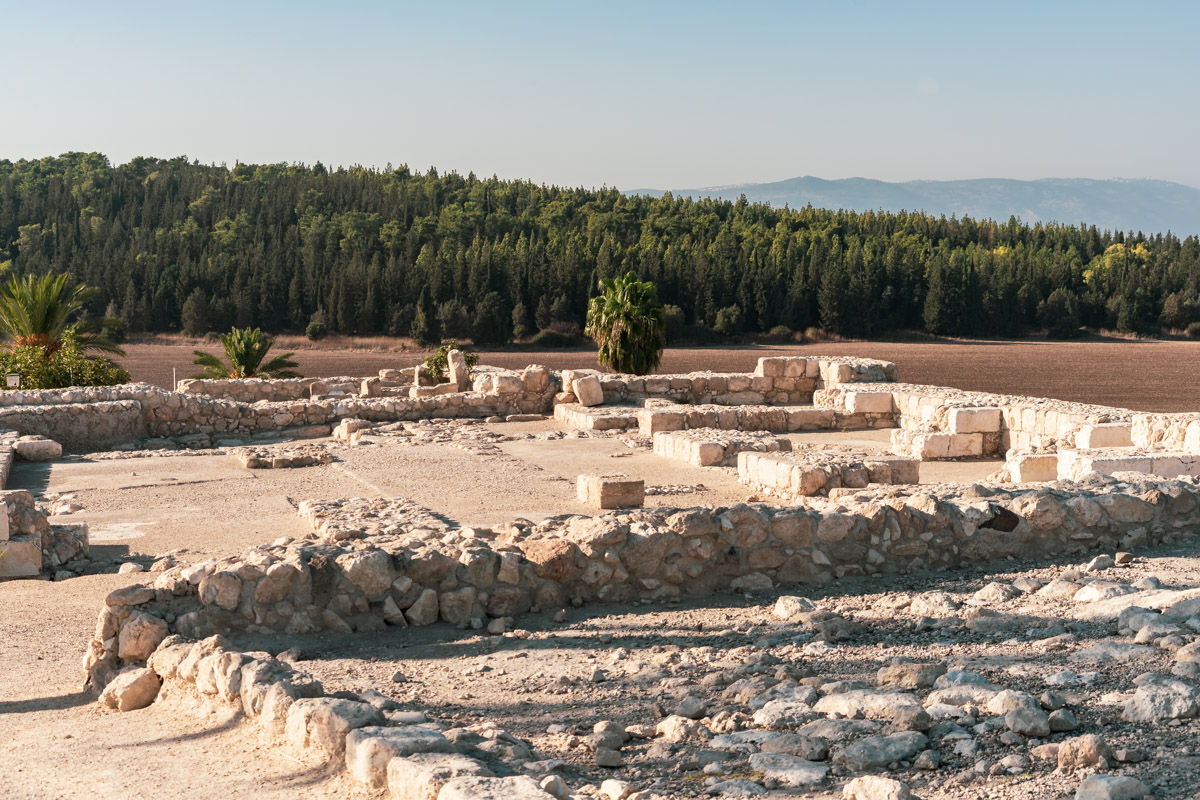 Having these places explicitly named and dated by different eras, in my opinion, is somewhat disorienting. I recognize the attempt to cover more than a single stratum of history but it clashes with the notion that many different layers were built here.

The best visuals around the site are those that feature palm trees. 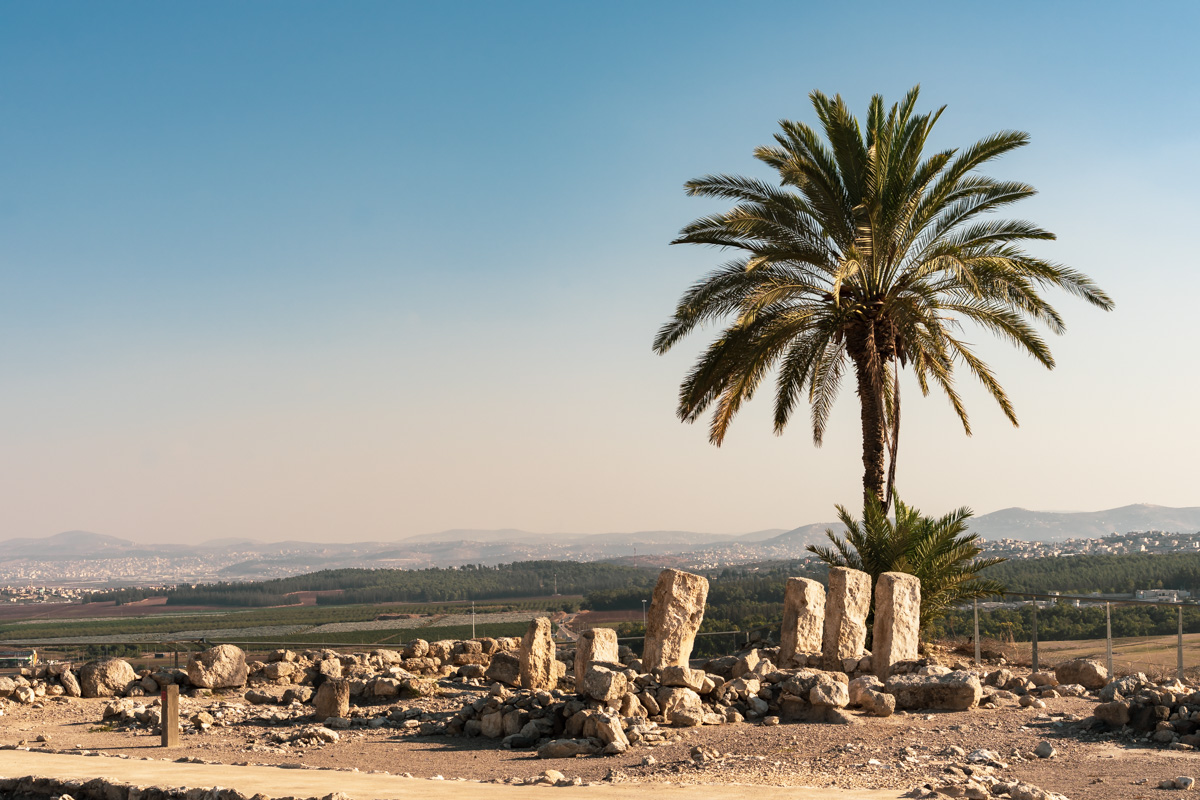 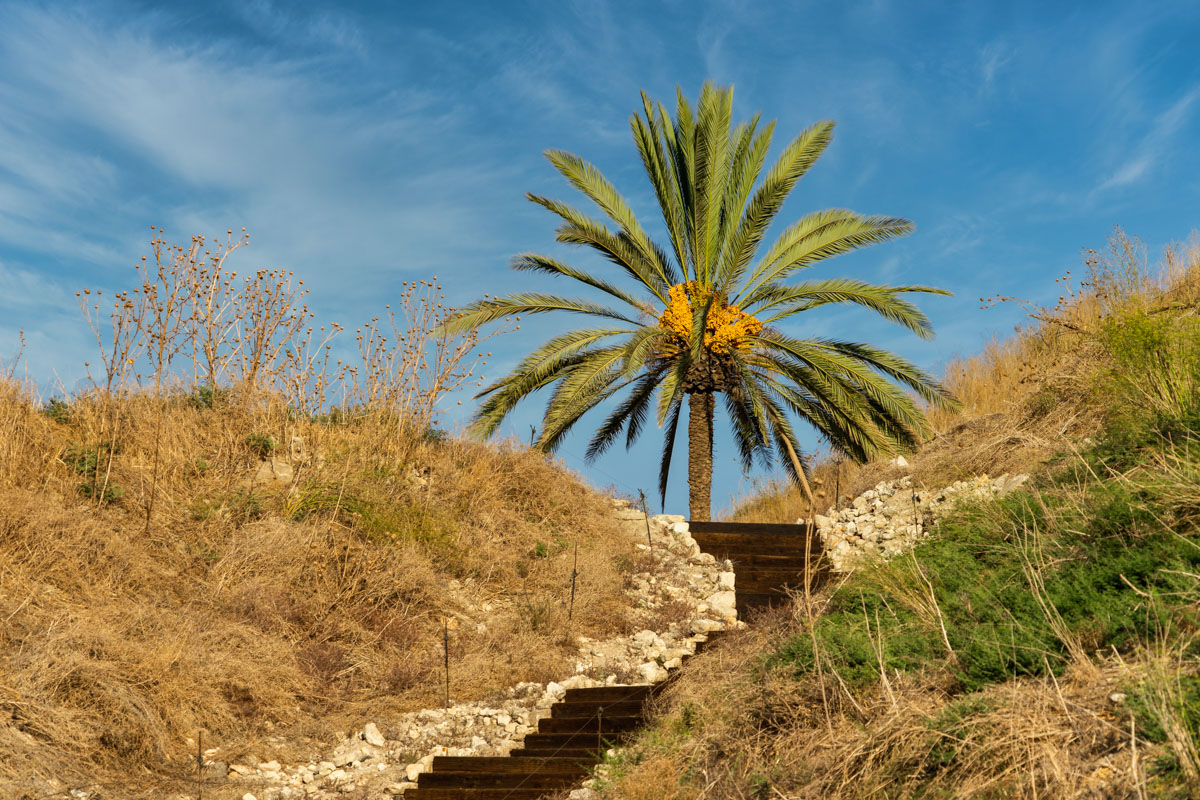 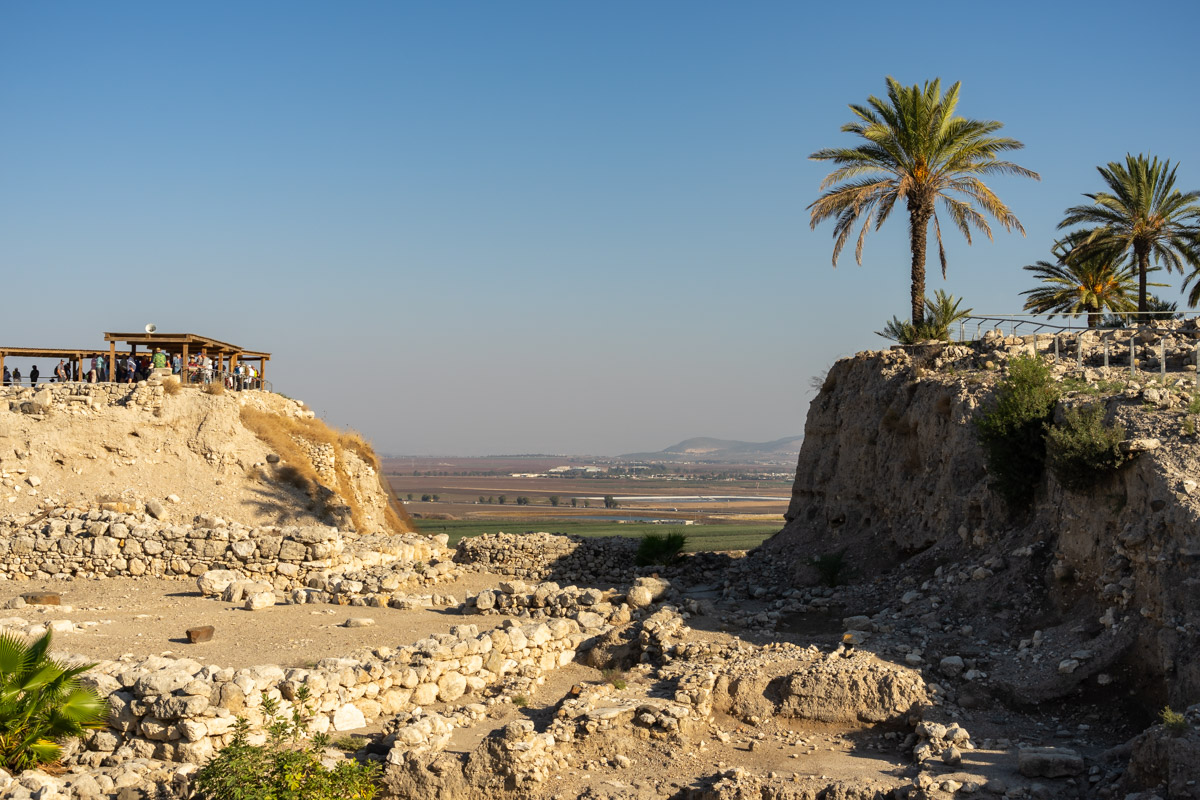 On the left in the shot above you can see one of the viewpoints above the Jezreel Valley. Here is the valley itself. 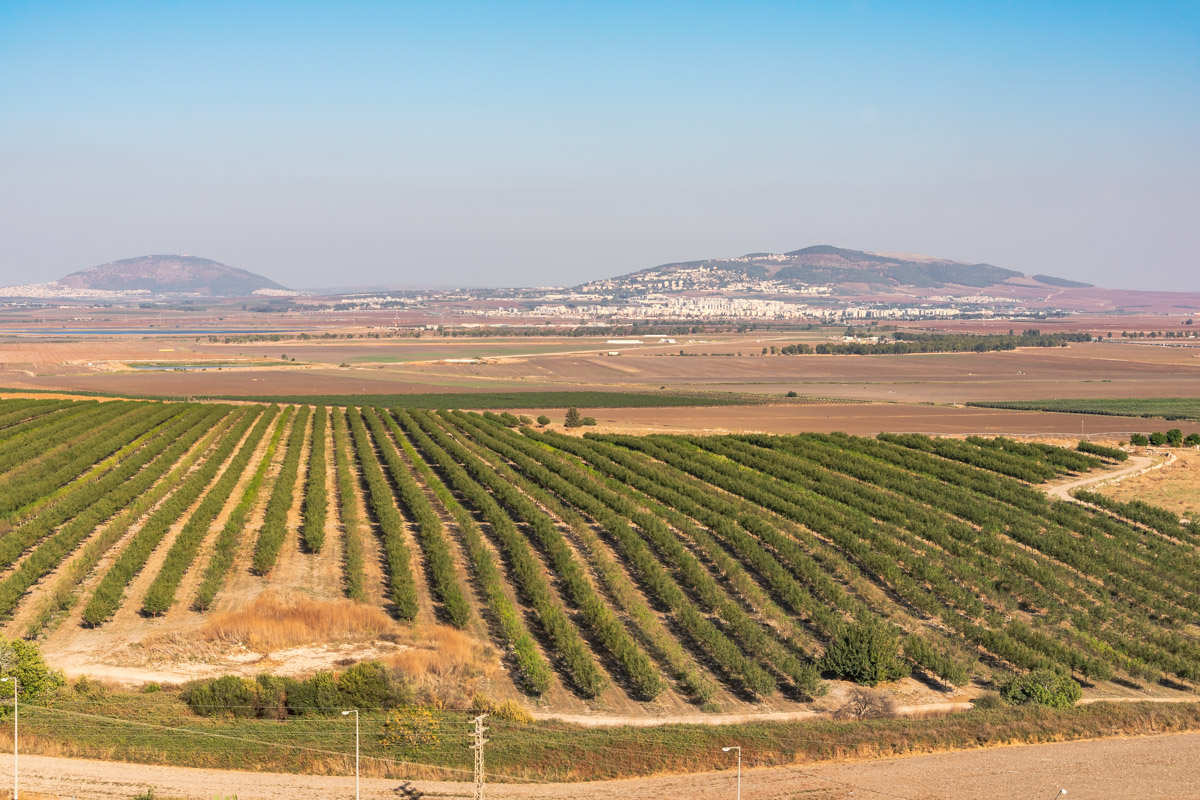 In the area marked as the “southern stables”, you can even find horses to support the designation. 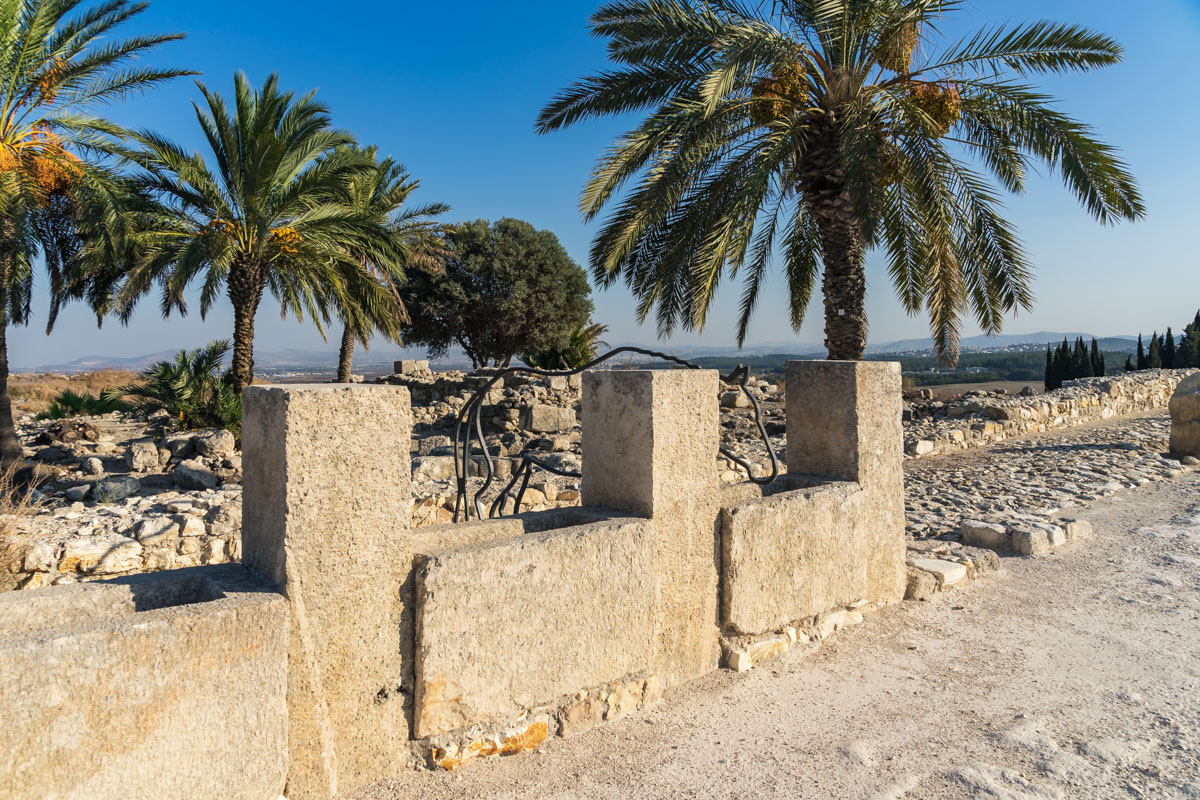 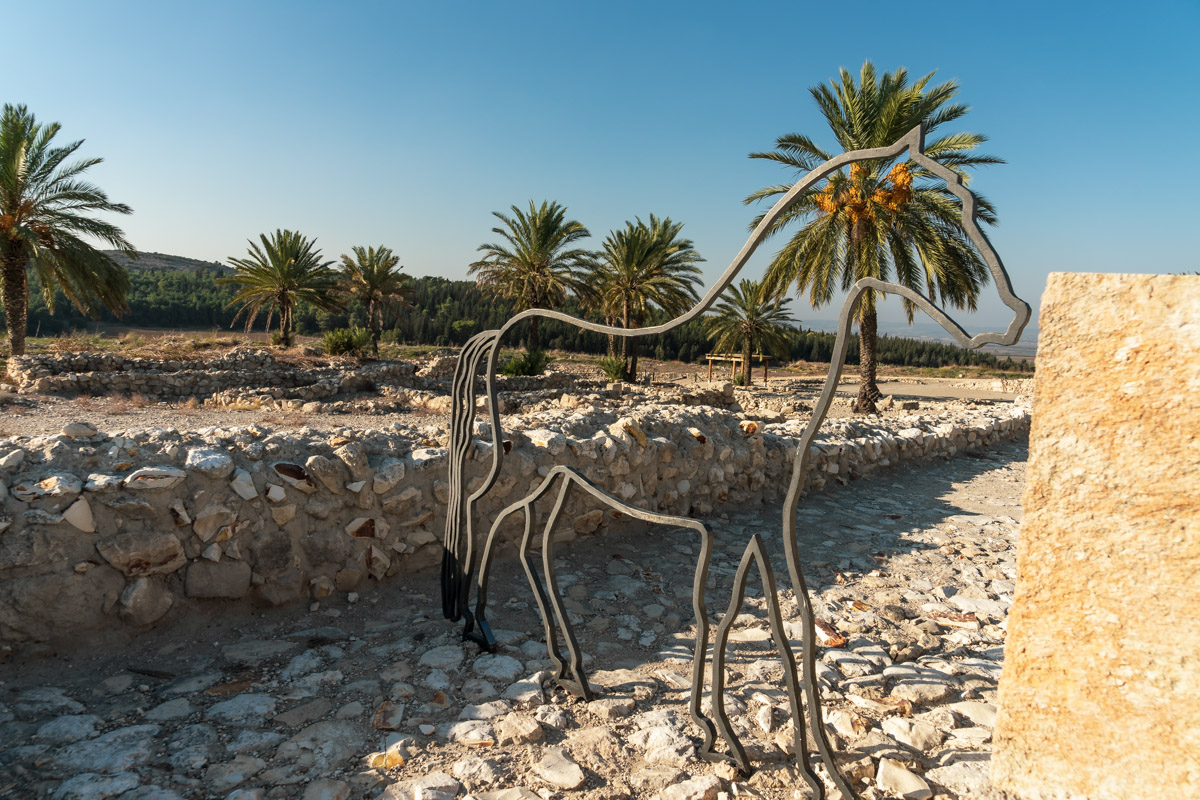 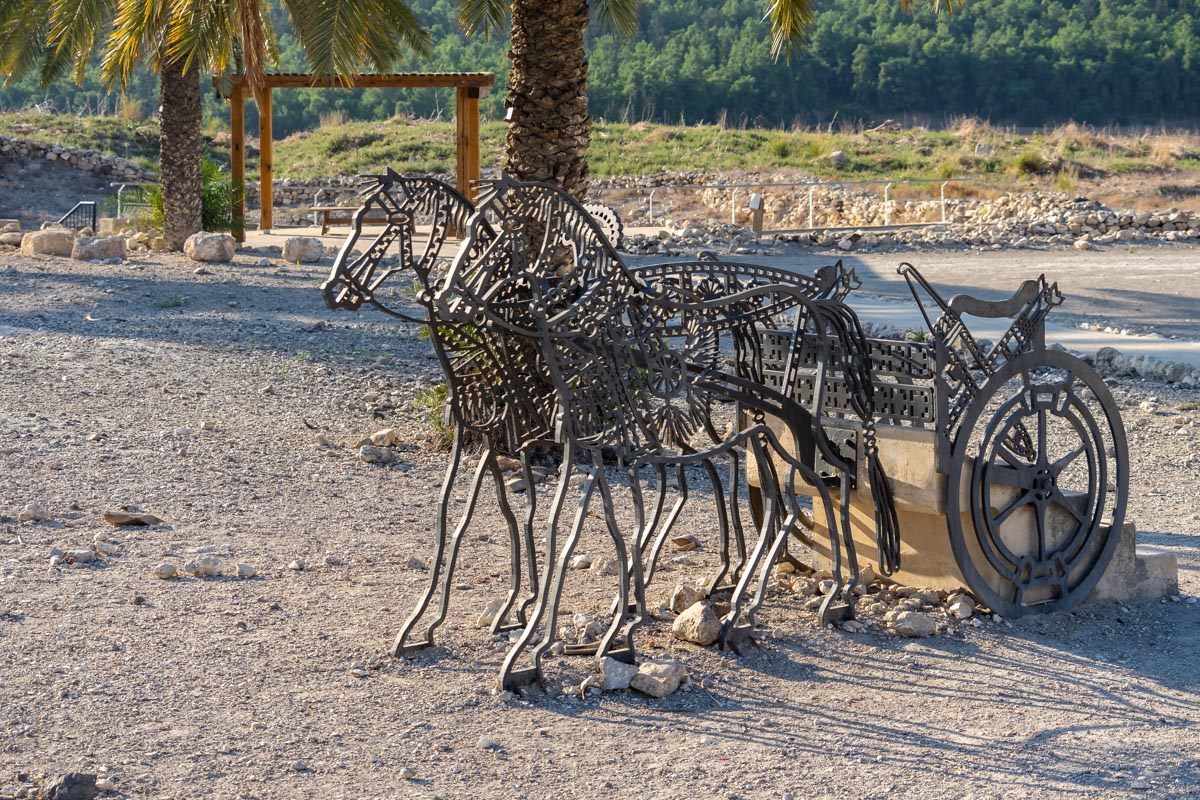 I also caught sight of an occasional wildlife. 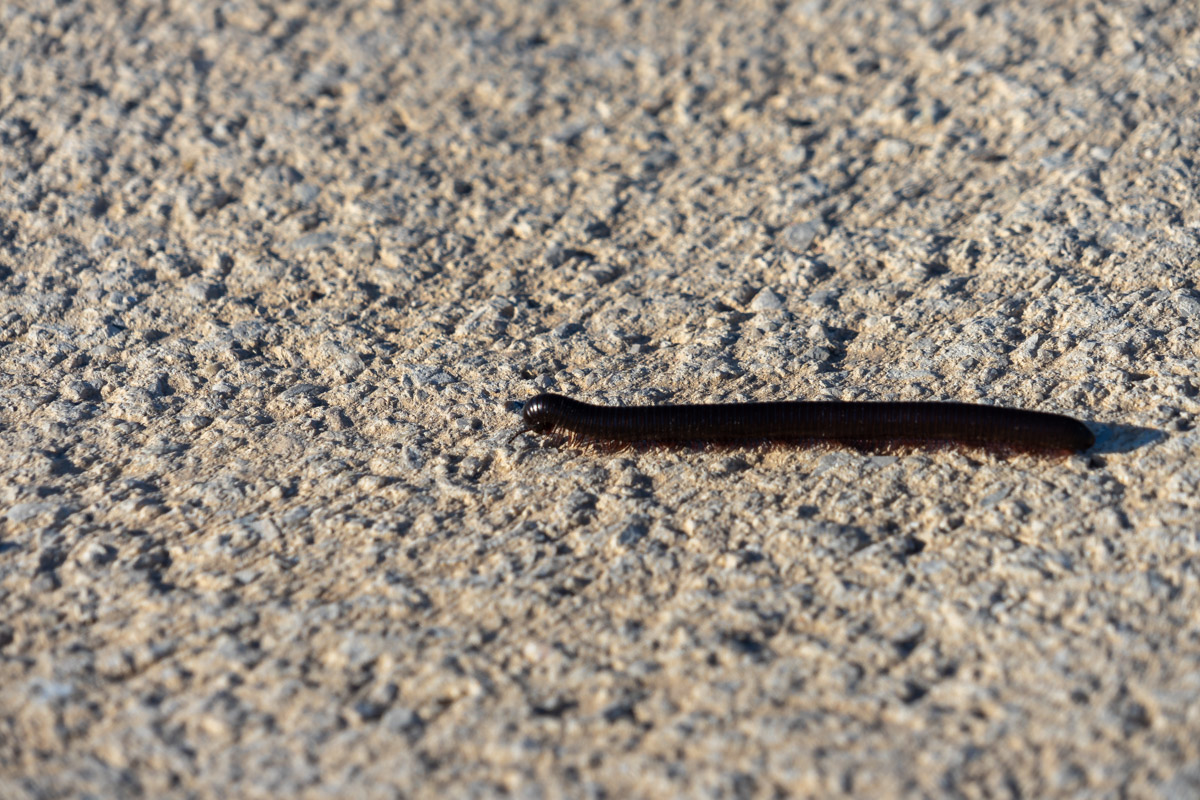 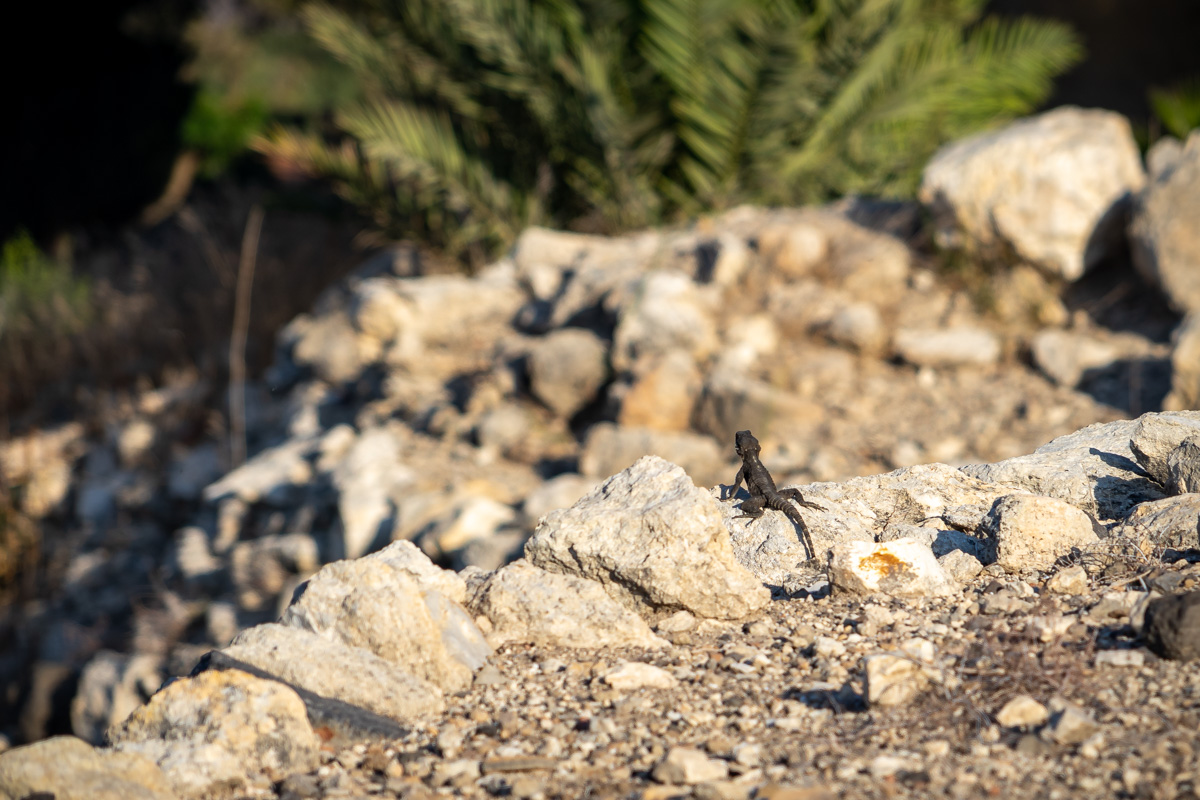 At the end of the walking circuit, you can descend into the underground water capture system built during the Israelite period around 8th century BC. The tunnel guided water from a spring outside of the city boundaries to a well inside the city walls, thus offering the residents access to fresh water without having to venture beyond the walls. It is probably the most remarkable surviving artifact of the city, even though it does not offer much to look at. 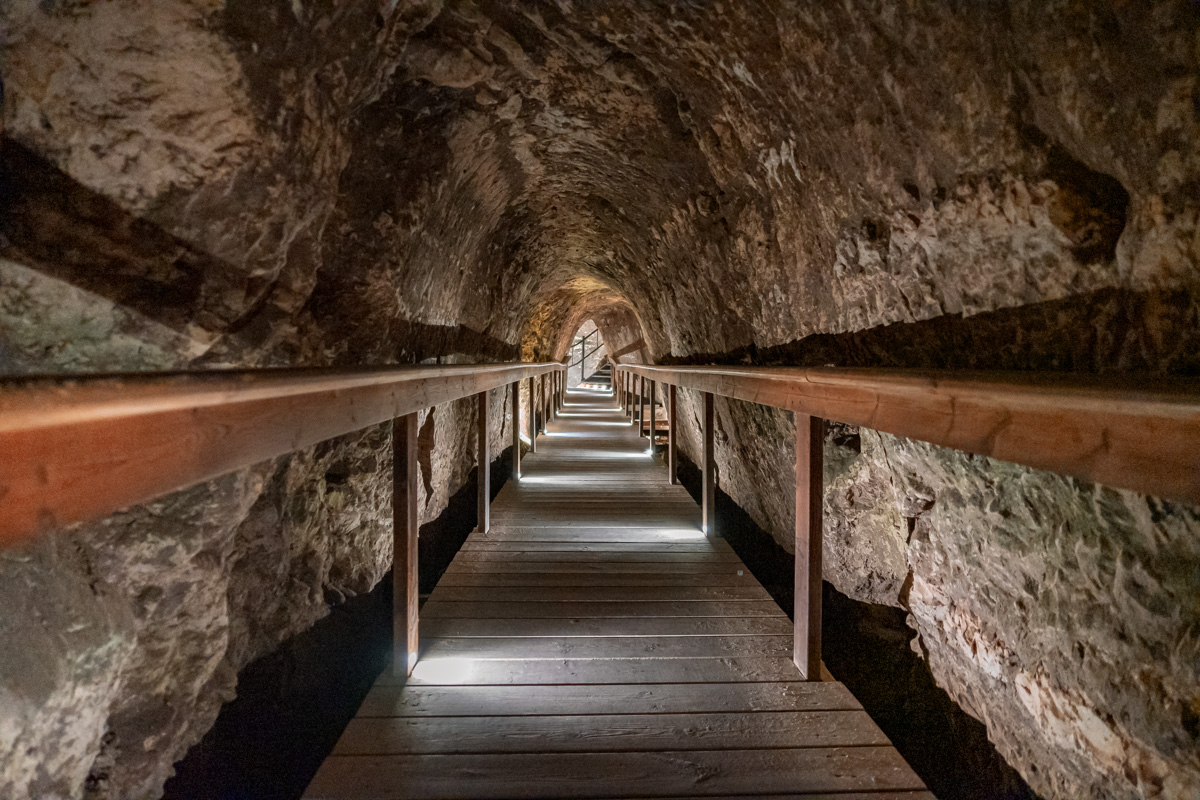 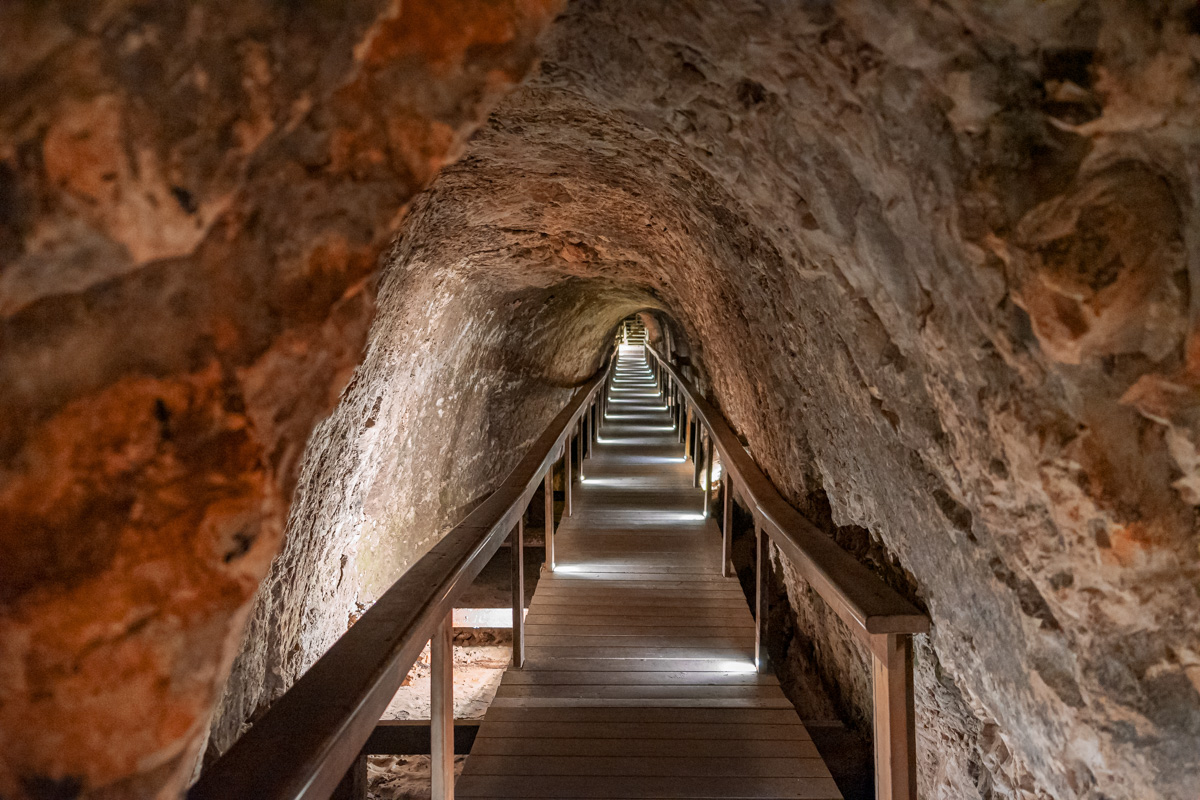 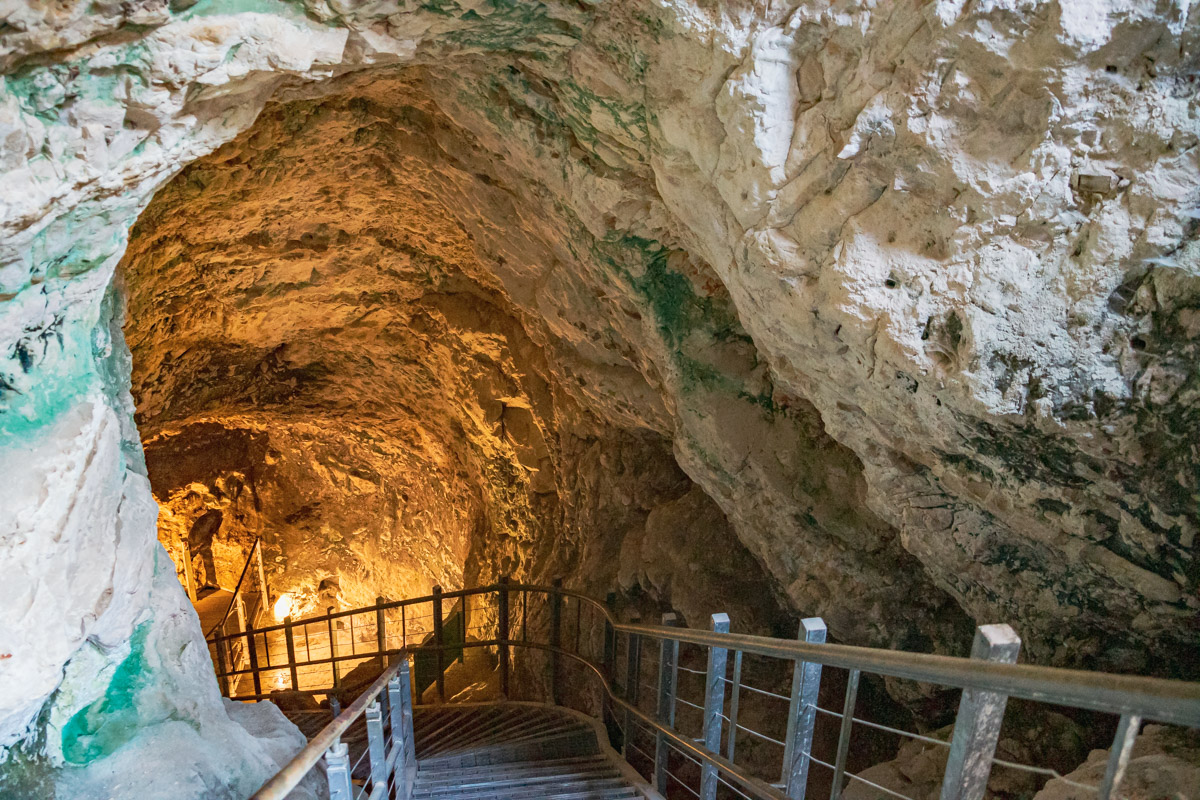 Another inscribed tel is that of Be’er Sheva at the edge of the Negev Desert. This site is significantly smaller than Megiddo but has a comparable history with the prime coming around 8th century BCE. Be’er Sheva is mentioned over 30 times in different places in the Bible.

As elsewhere, the outer gates are among the most impressive standing structures on the site, except here you can actually see with the naked eye where the original structure ends and the reconstruction begins. 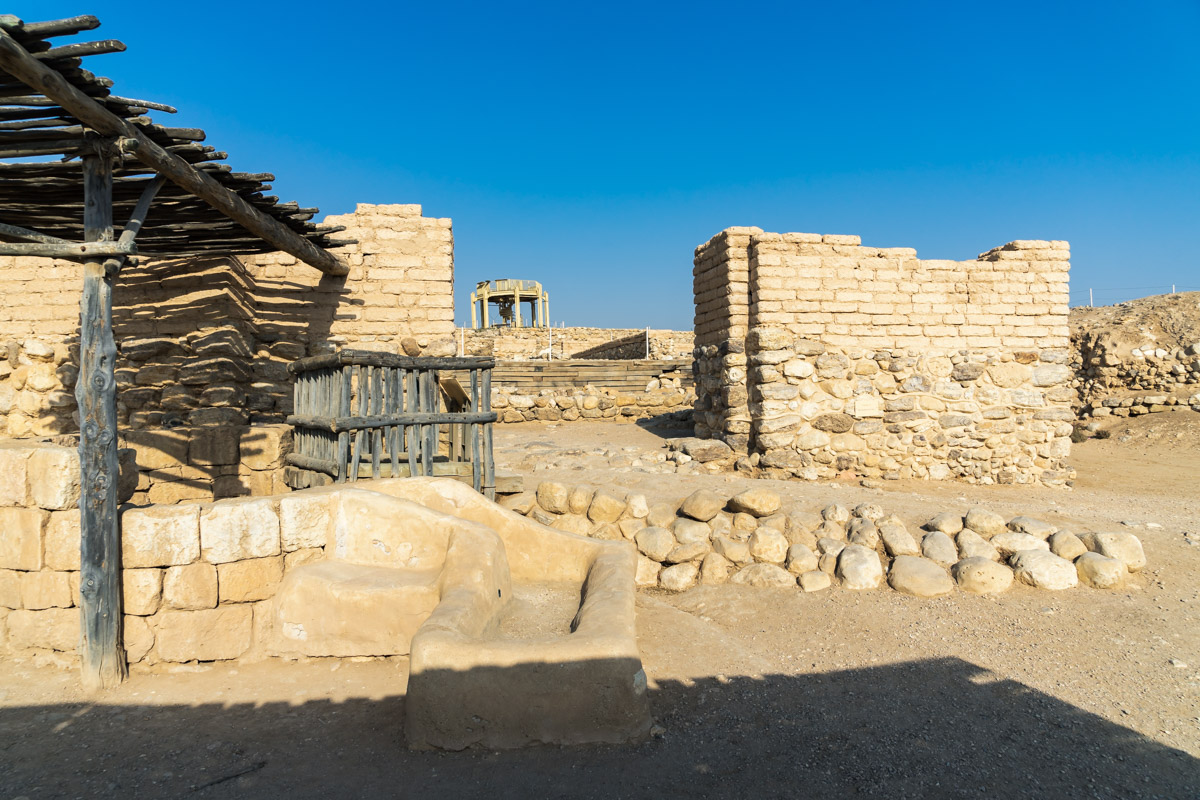 A couple of models show renderings of what the city plan was like in its heyday. 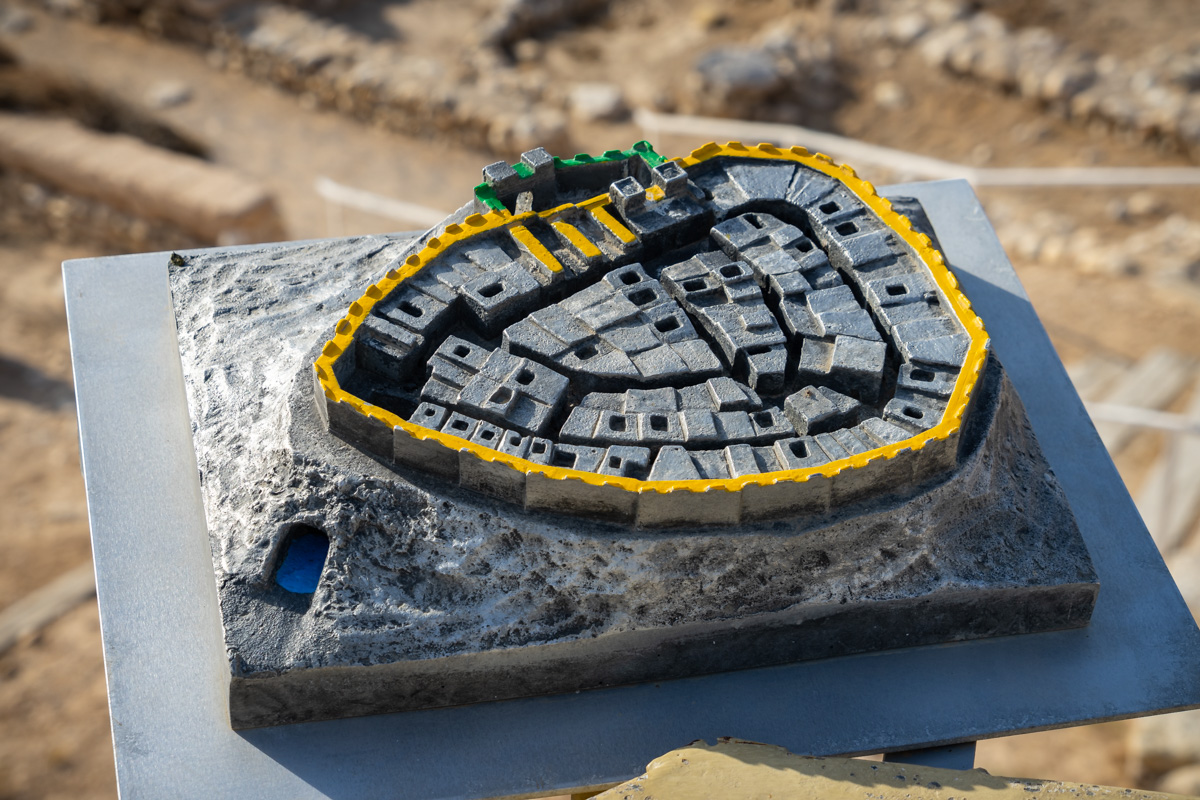 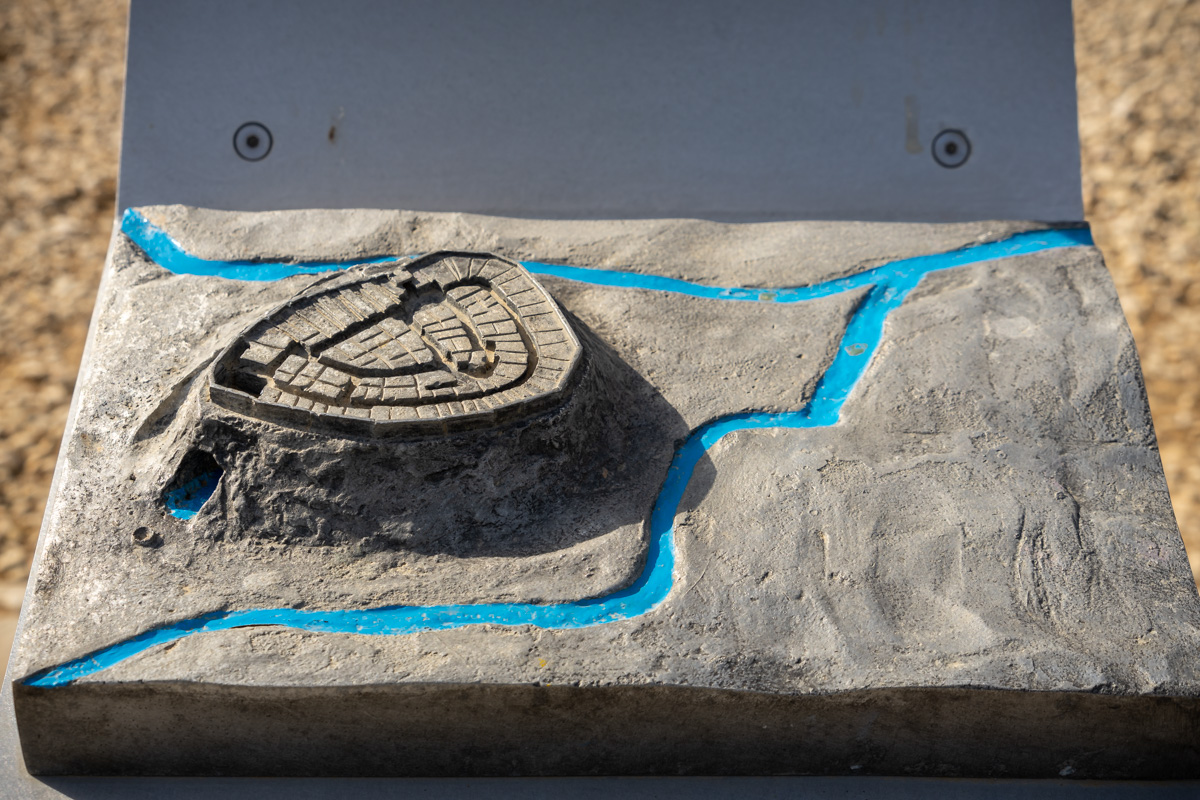 Although many of the walls have been visibly reconstructed since the excavations were started here in the 1970s, being able to discern the city plan makes Be’er Sheva a shade more interesting archaeological site to visit. 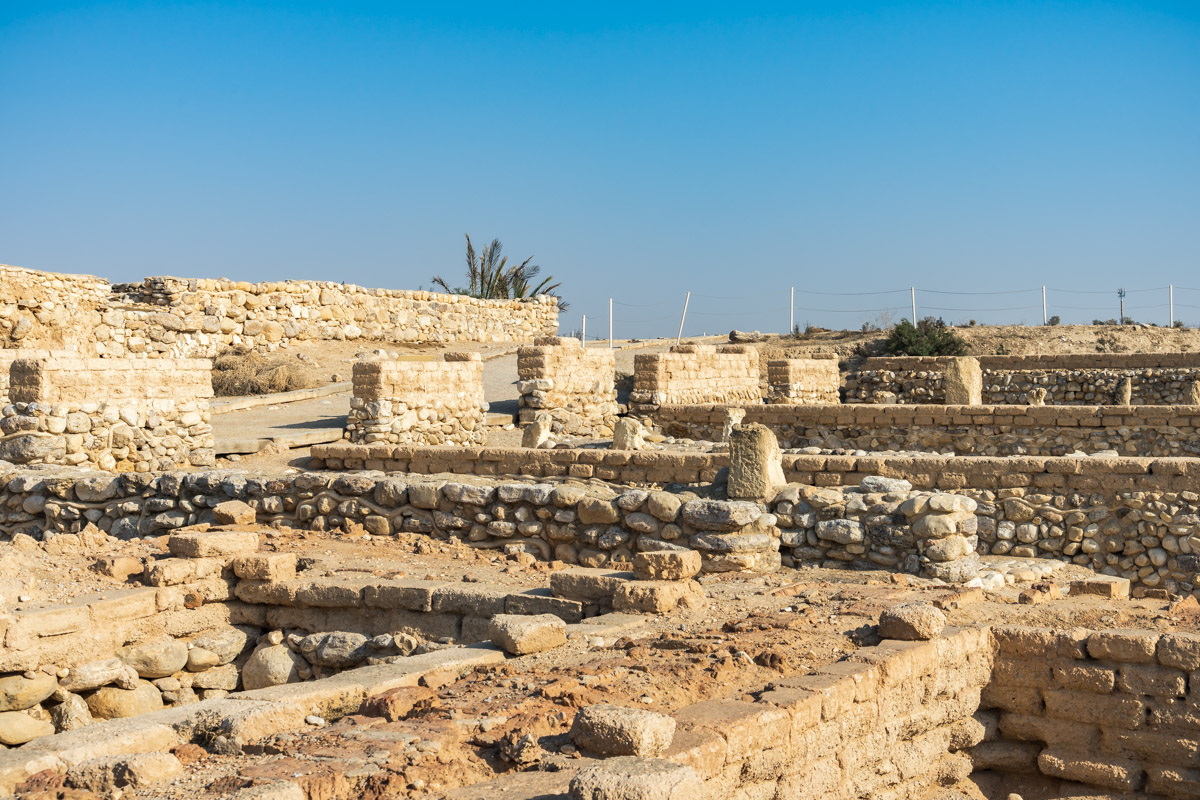 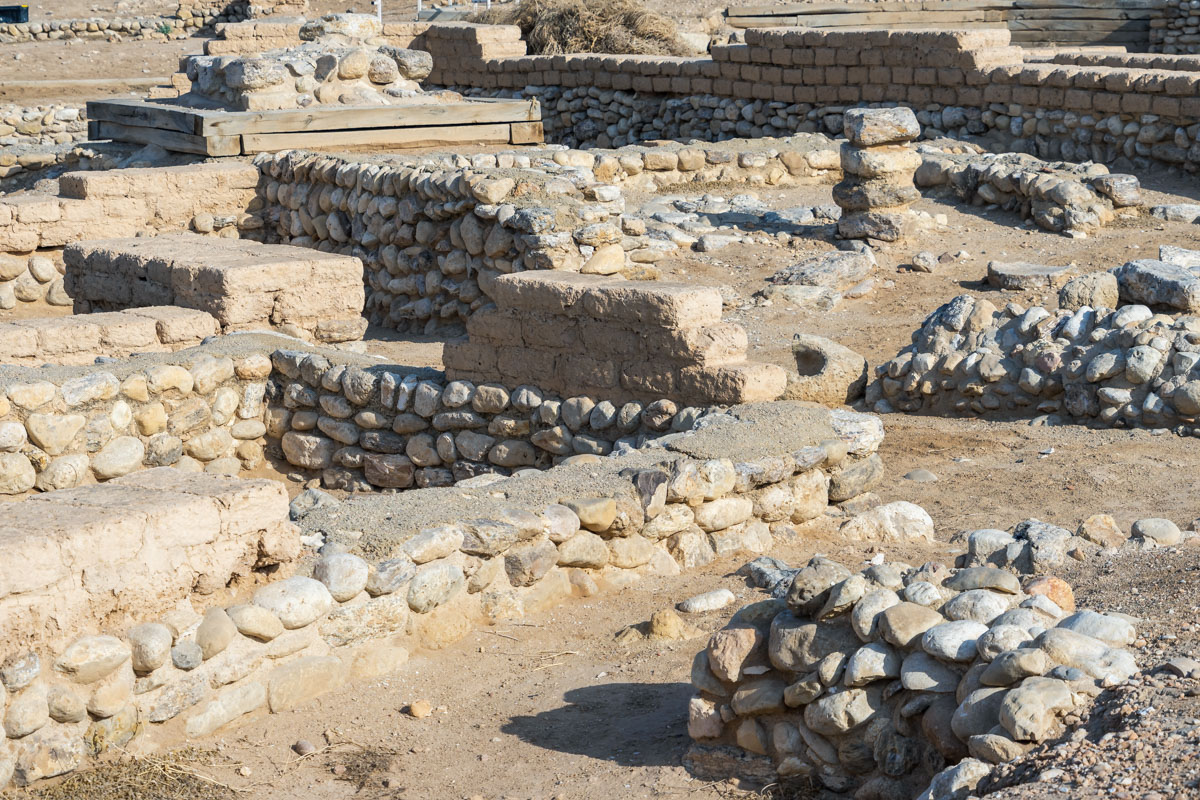 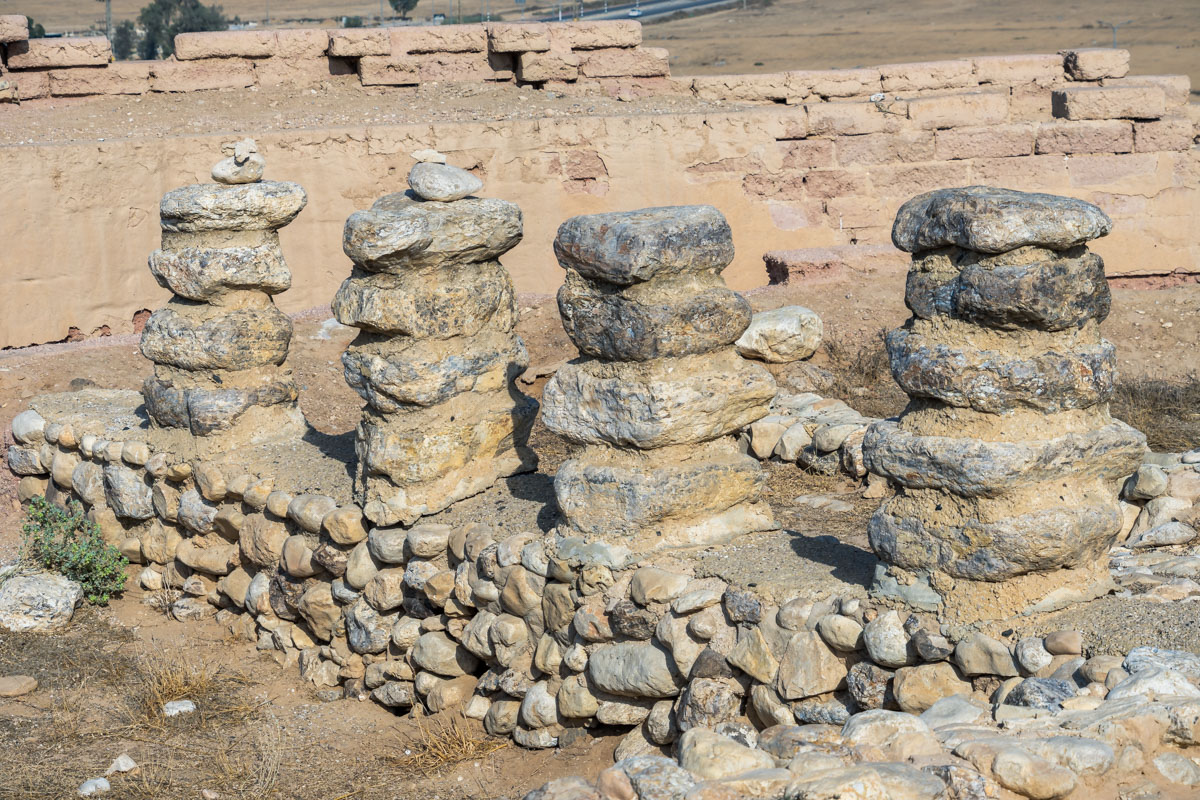 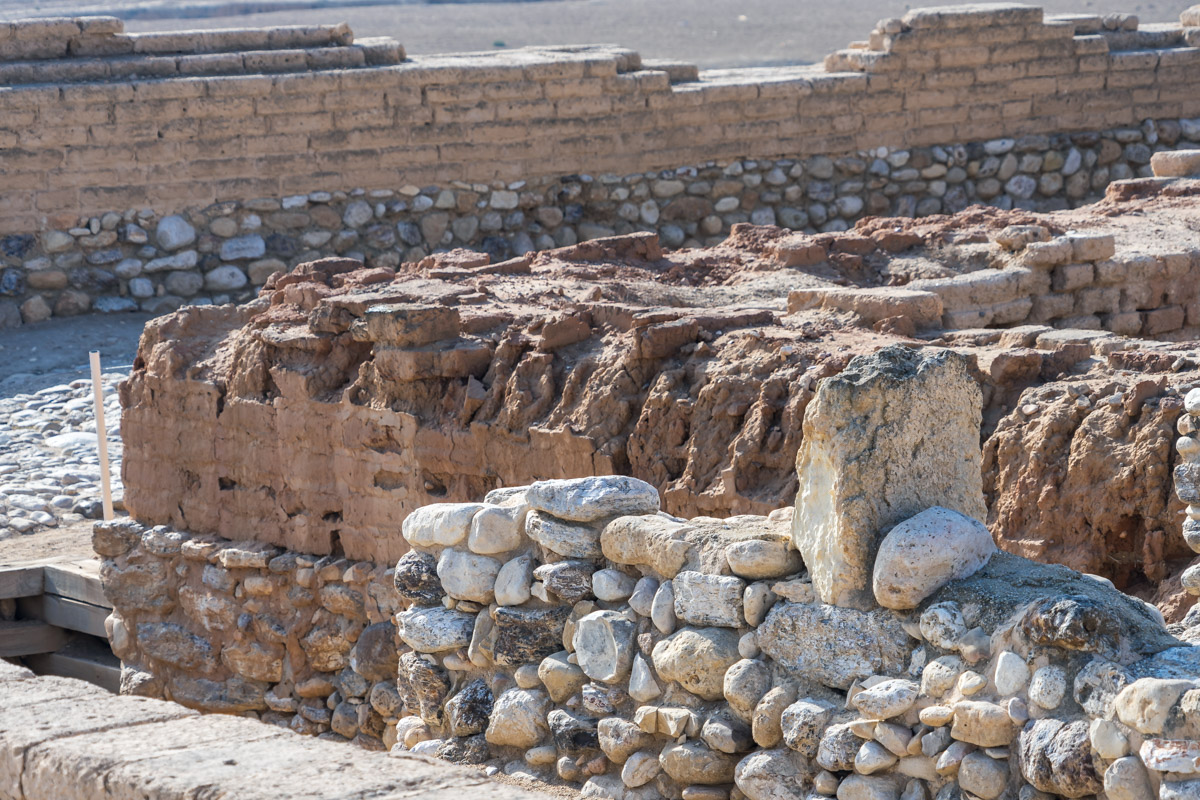 Purpose-built observation tower allows for an even better overview of the city anatomy. 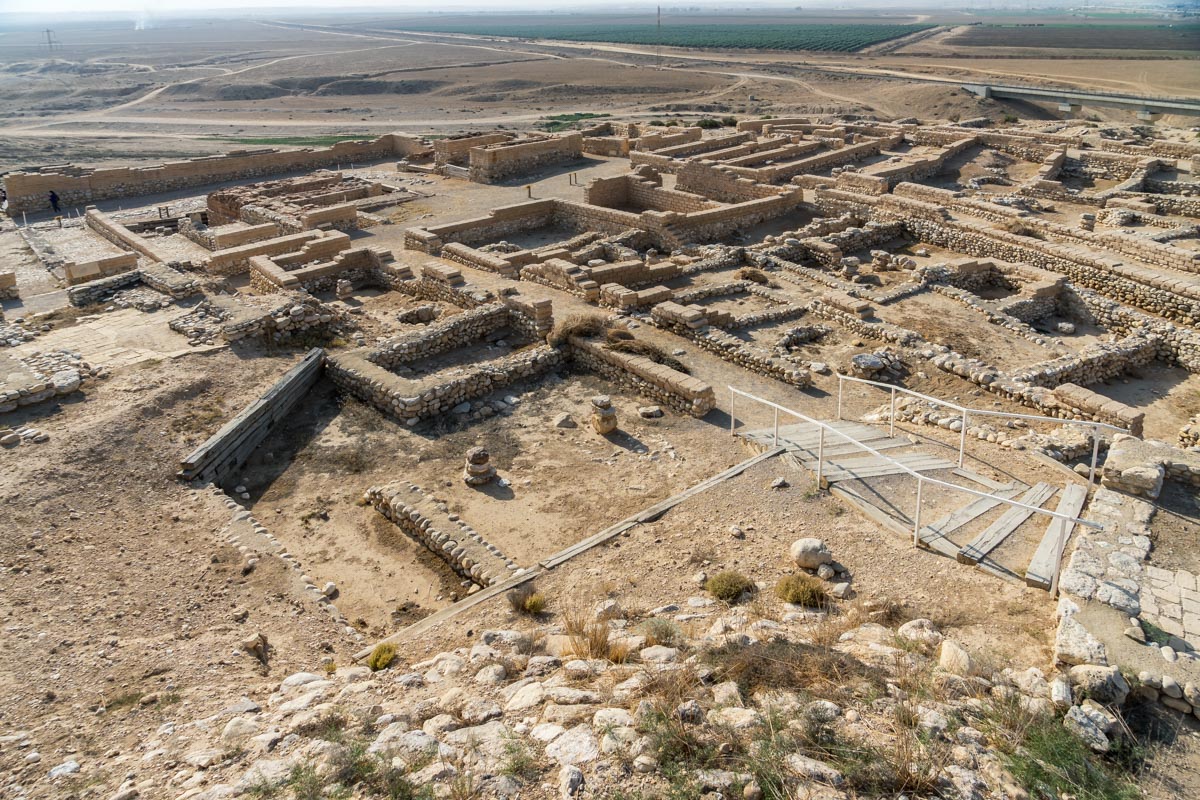 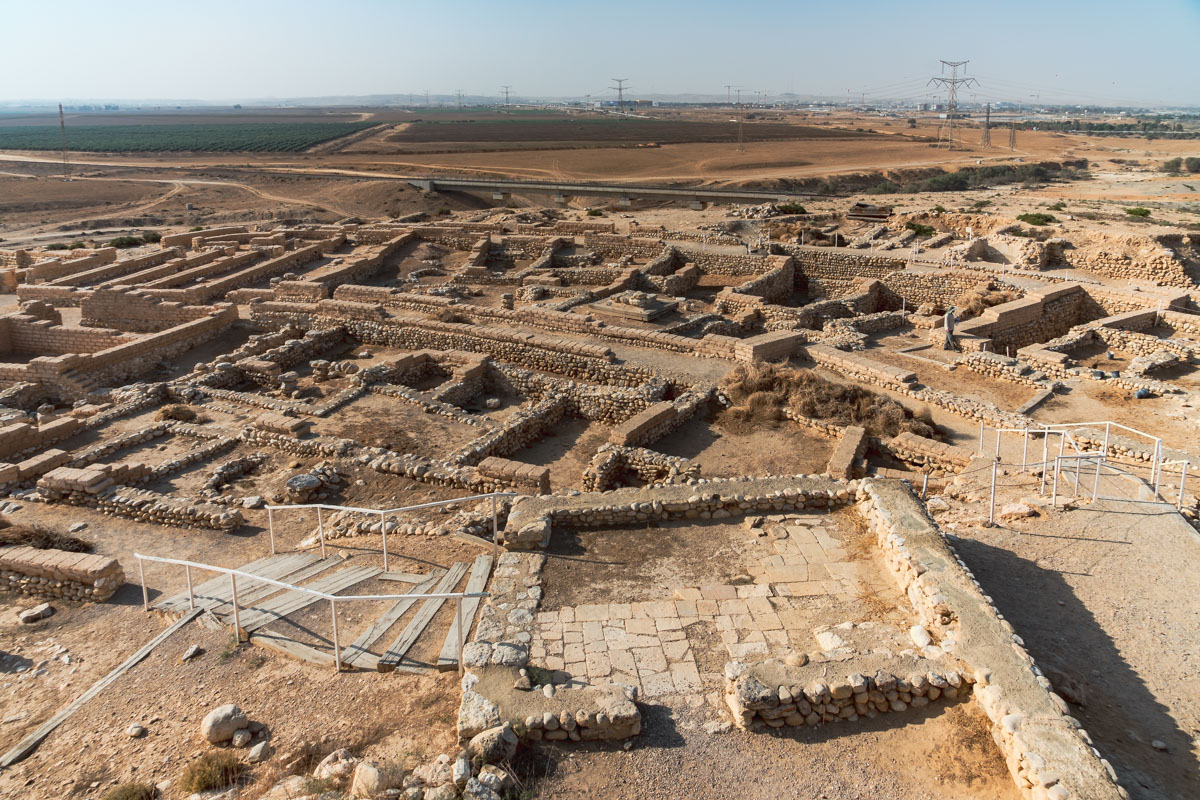 There is also a water capture system, feeding an underground reservoir from the nearby river. Not much to actually see, but an opportunity to appreciate the industry of a civilization that existed nearly 3,000 years ago.

Both Tel Megiddo and Tel Be’er Sheva are a bit over an hour away from Tel Aviv by car in opposite directions. A true aficionado of archaeology can probably spend 3-4 hours at Megiddo, whereas most other people will cap the visit at about an hour-plus. At Be’er Sheva, an hour would be a stretch for a casual visitor. The third inscribed tel, that of Hazor, is located in the north of the country close to Tzfat and did not make the cut for my itinerary.