I spent portions of three different days in the northern part of Israel historically known as Galilee. Although I visited a number of towns, sights, and national parks, that only scratched the surface. This is the area that is incredibly picturesque and heavy on history and archaeology, as well as the exploits of a certain Jesus Christ. The list of places that I did not visit could easily fill an additional week of itinerary.

What I can offer here are but a few fragments, starting with a couple of wide shots of the hill towns. 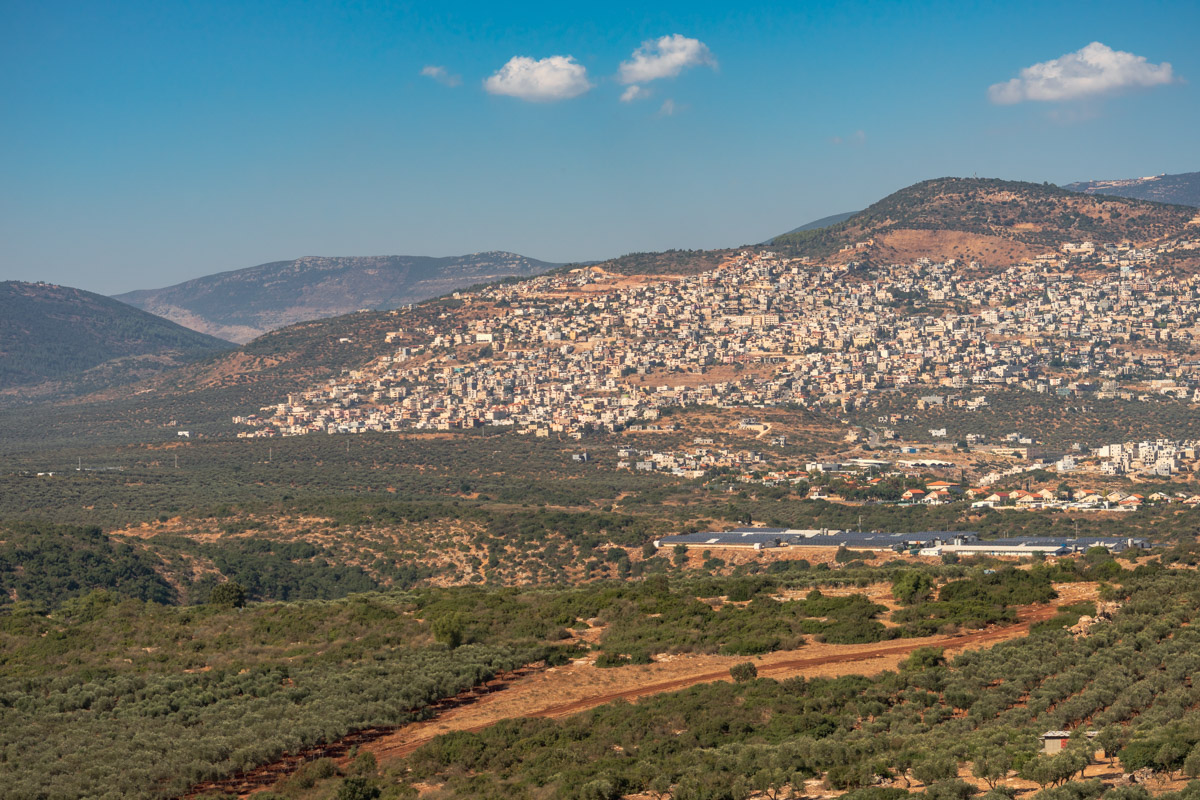 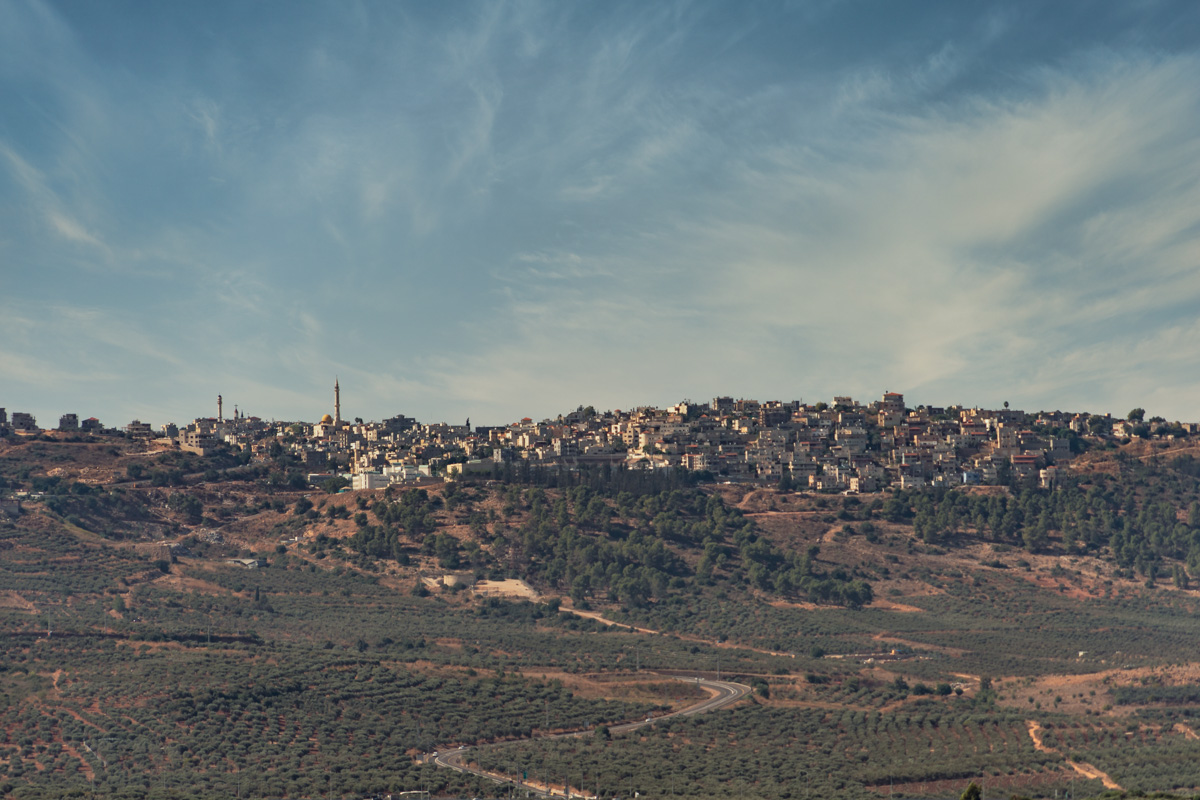 A remote elevated look at the Sea of Galilee, known in Hebrew as Lake Kinneret. 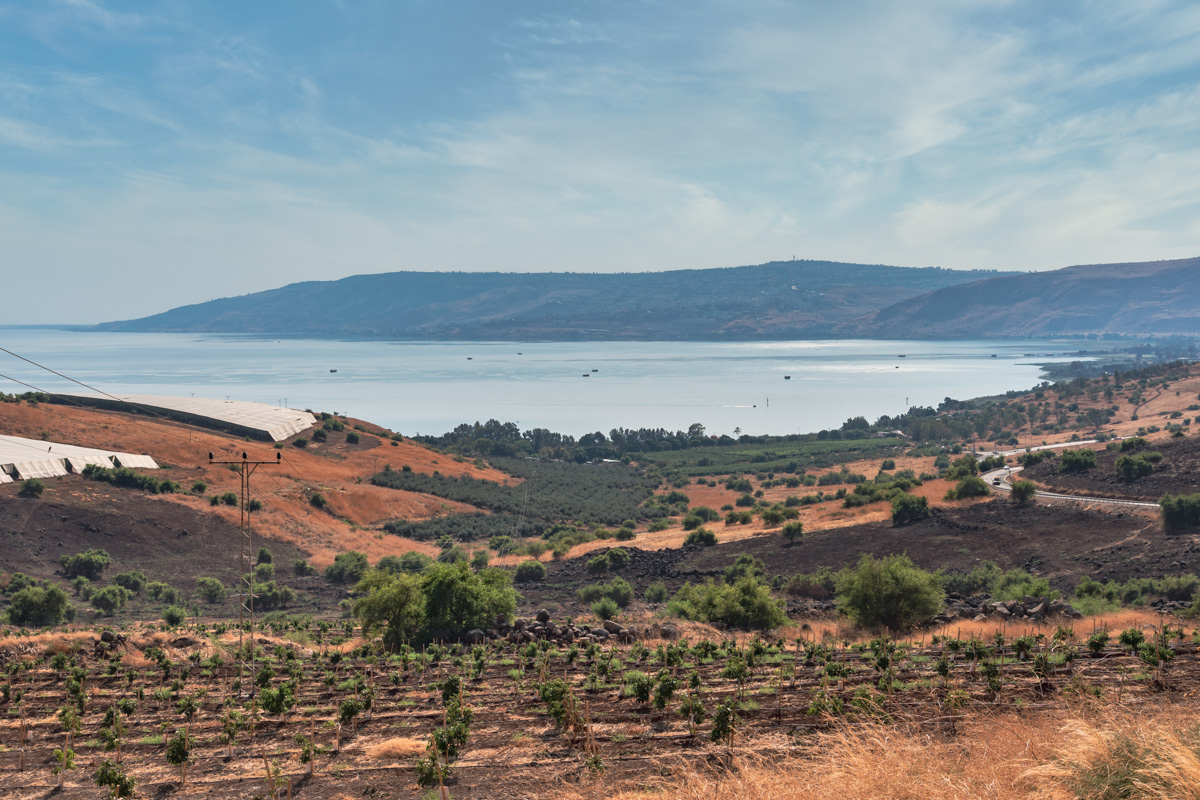 A closer look at the lake’s coast, with the town of Tiberias in the background. 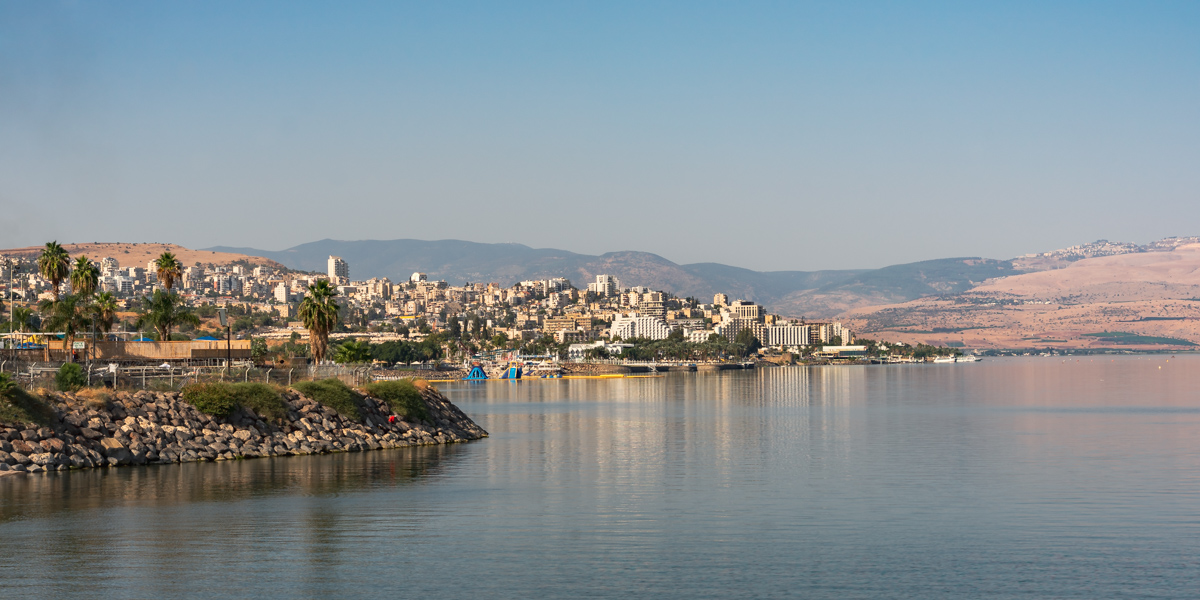 Across the water from here are the Golan Heights. 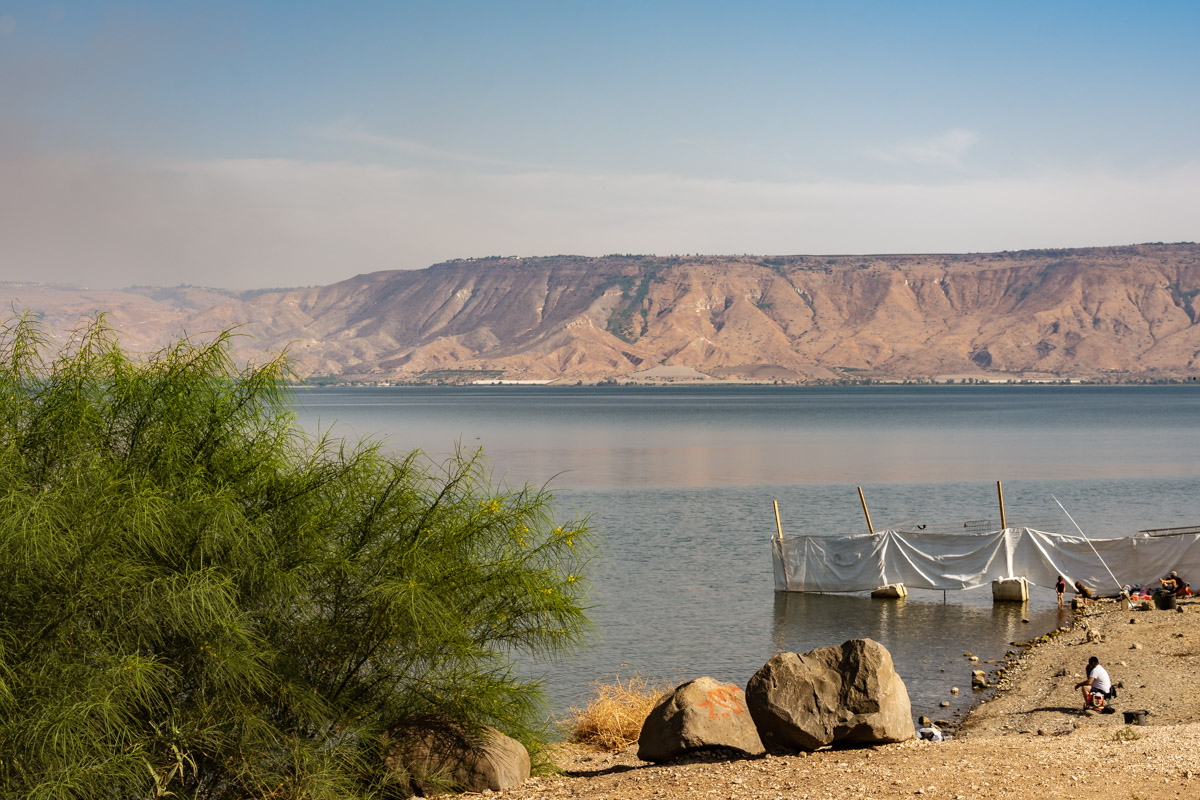 Some distance north of the Sea of Galilee is the historic town of Tzfat (also transliterated as Safed or Zefat), one of the Judaism holy cities and the center of Kabbalah and Jewish Mysticism. The pedestrian street perspectives and the blue accents are among its highlights. 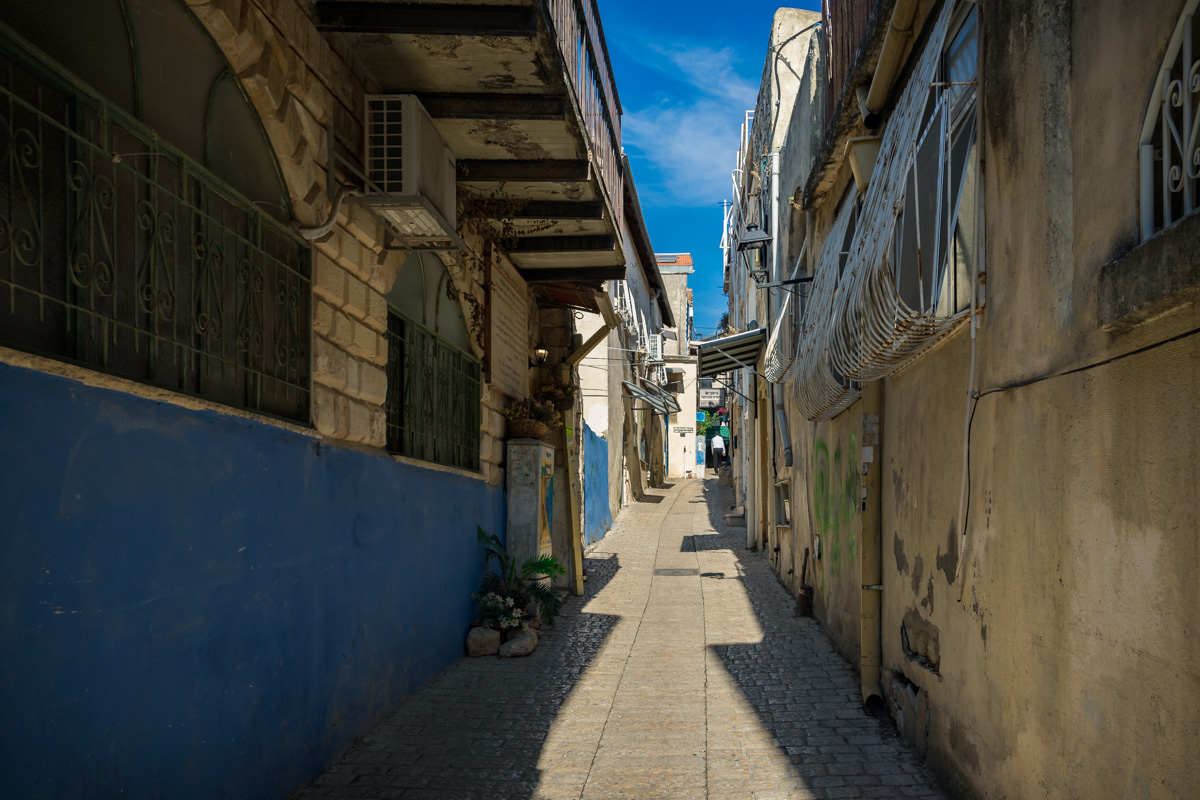 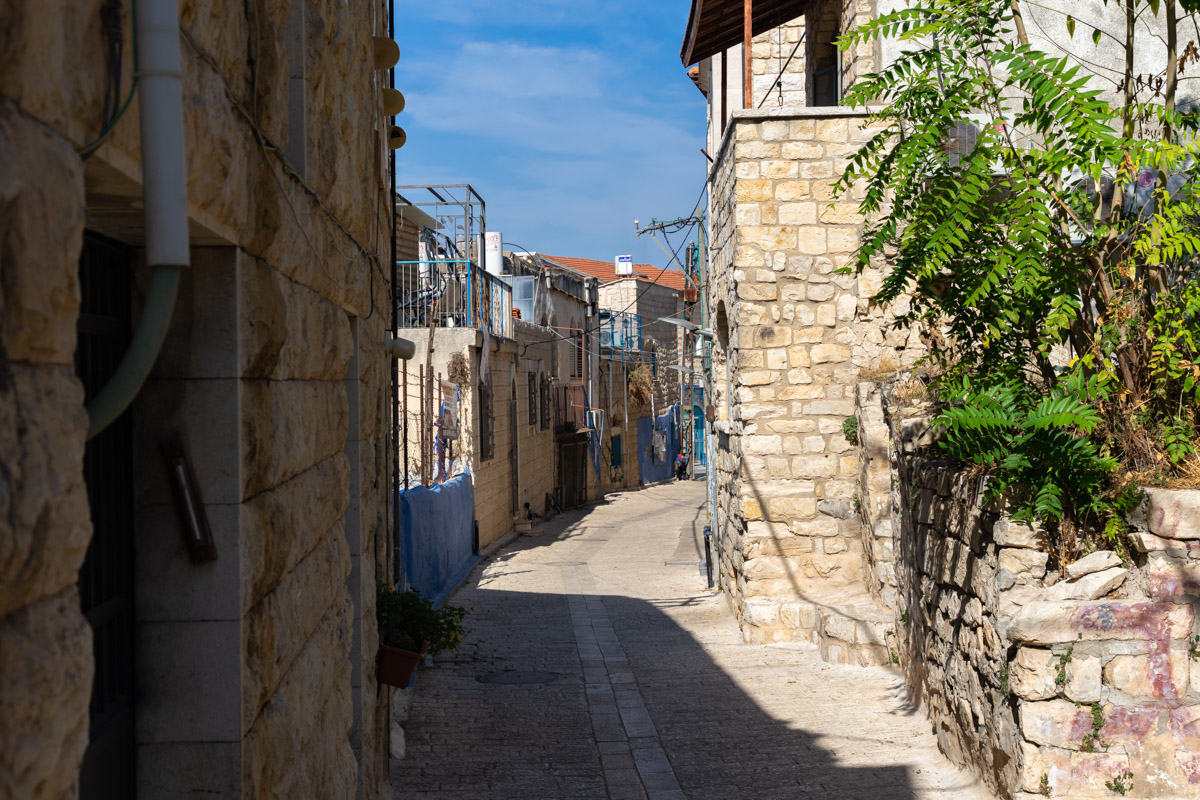 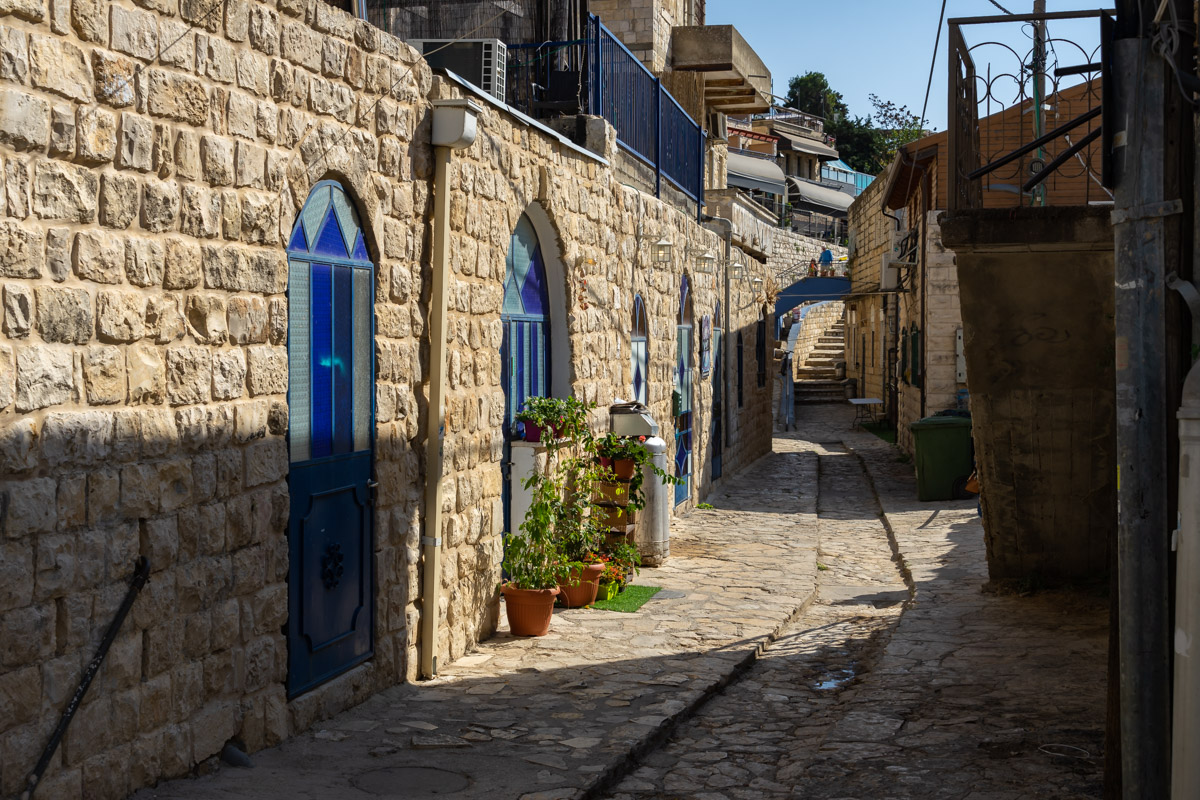 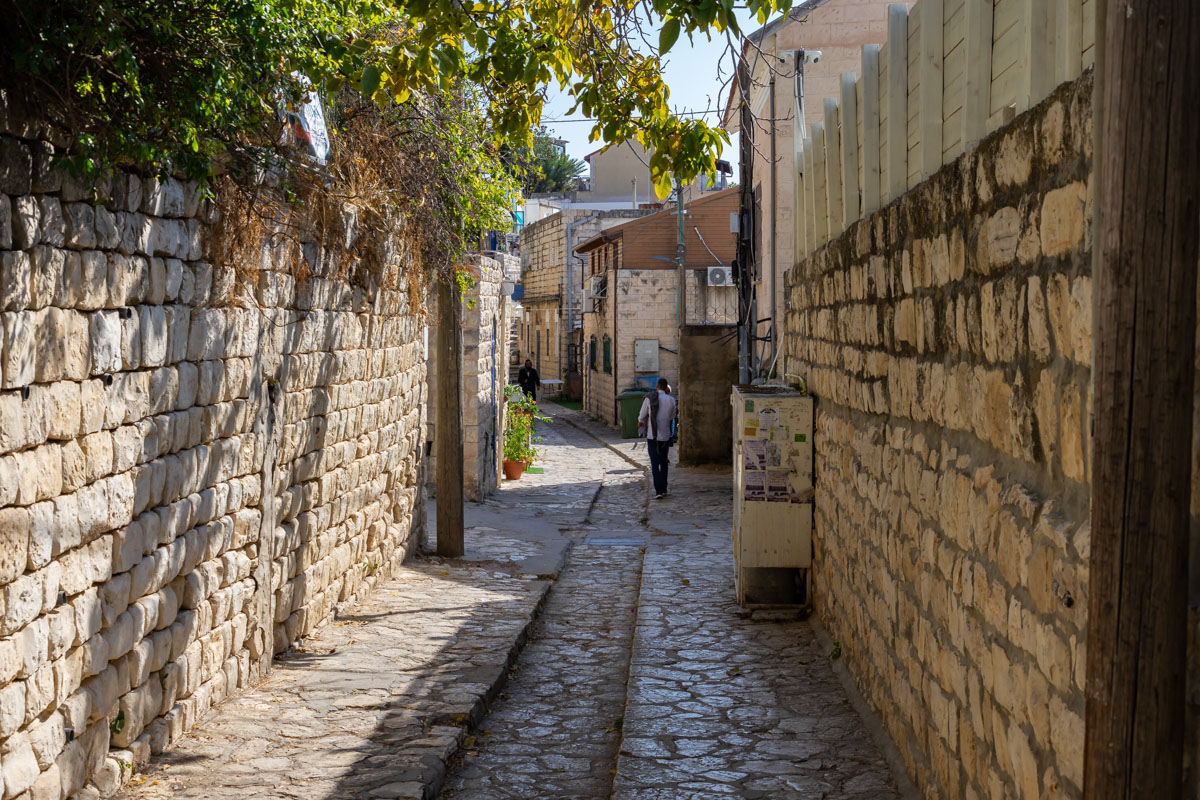 My visit to Tzfat was a rare not-so-well-planned instance in my travels, and I left with a distinct feeling of not having explored it well enough. 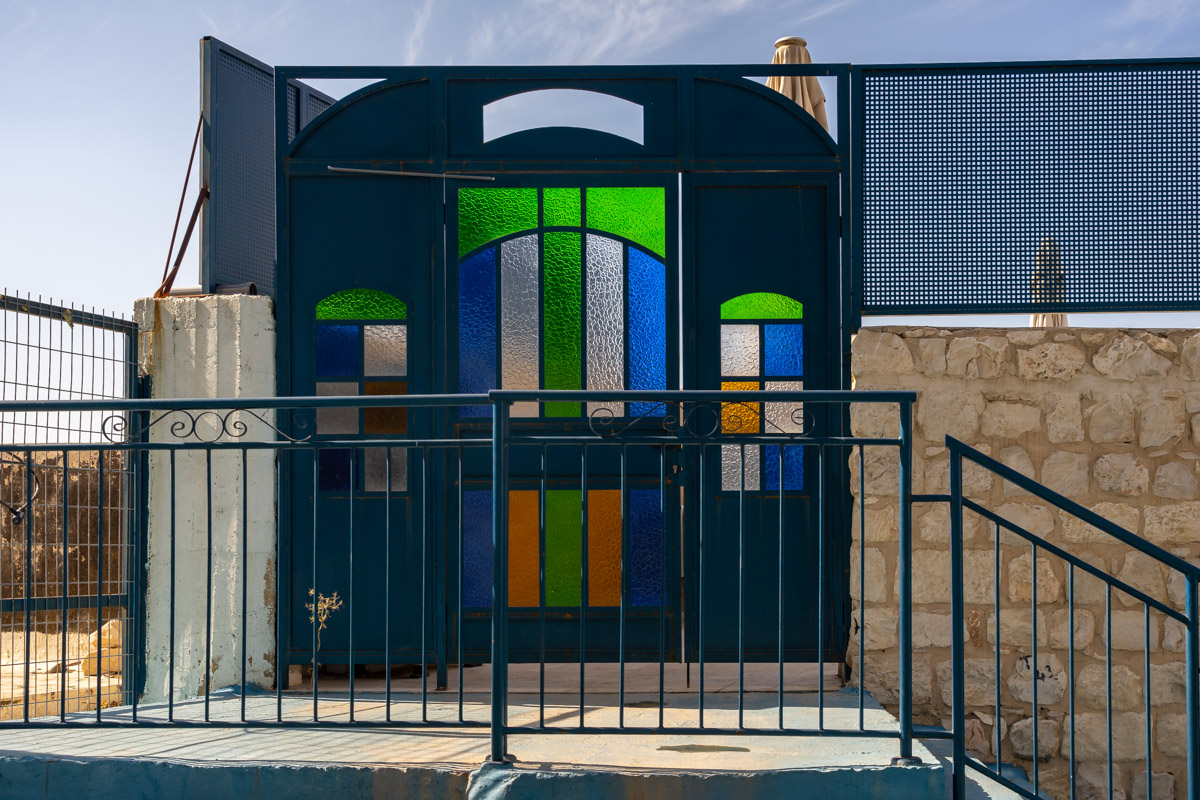 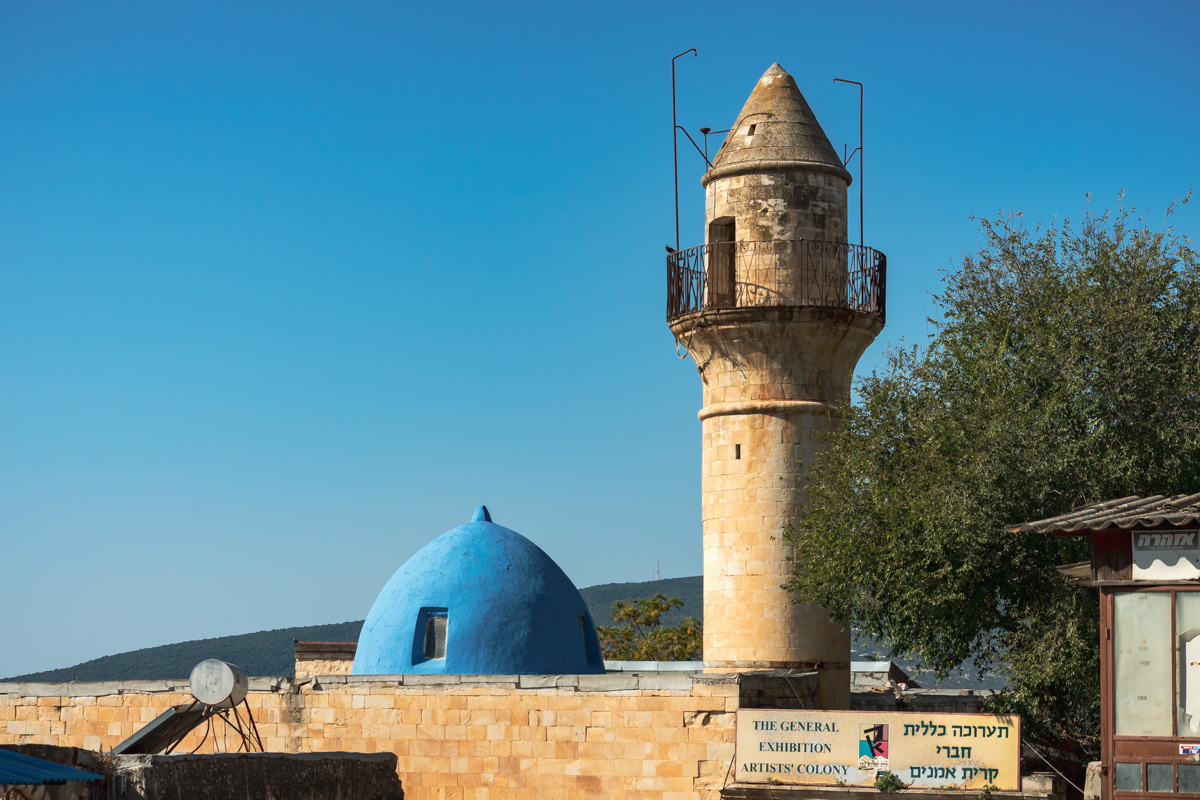 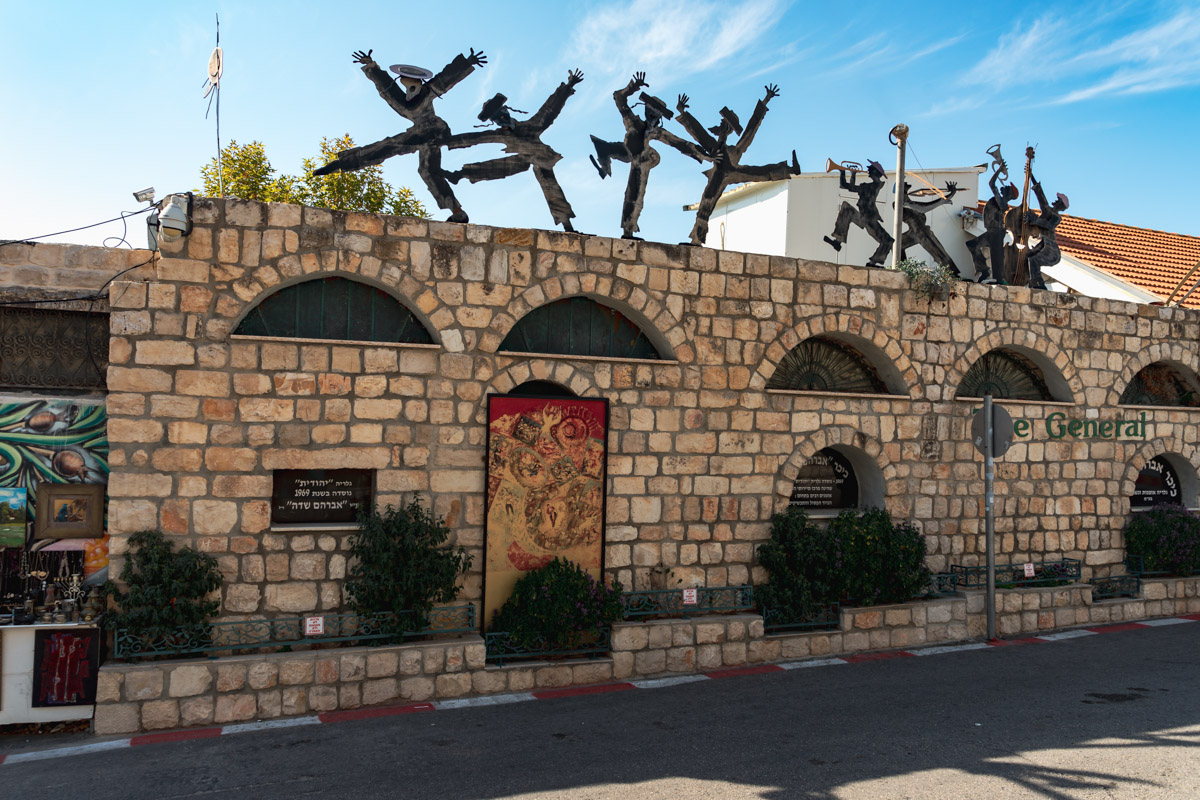 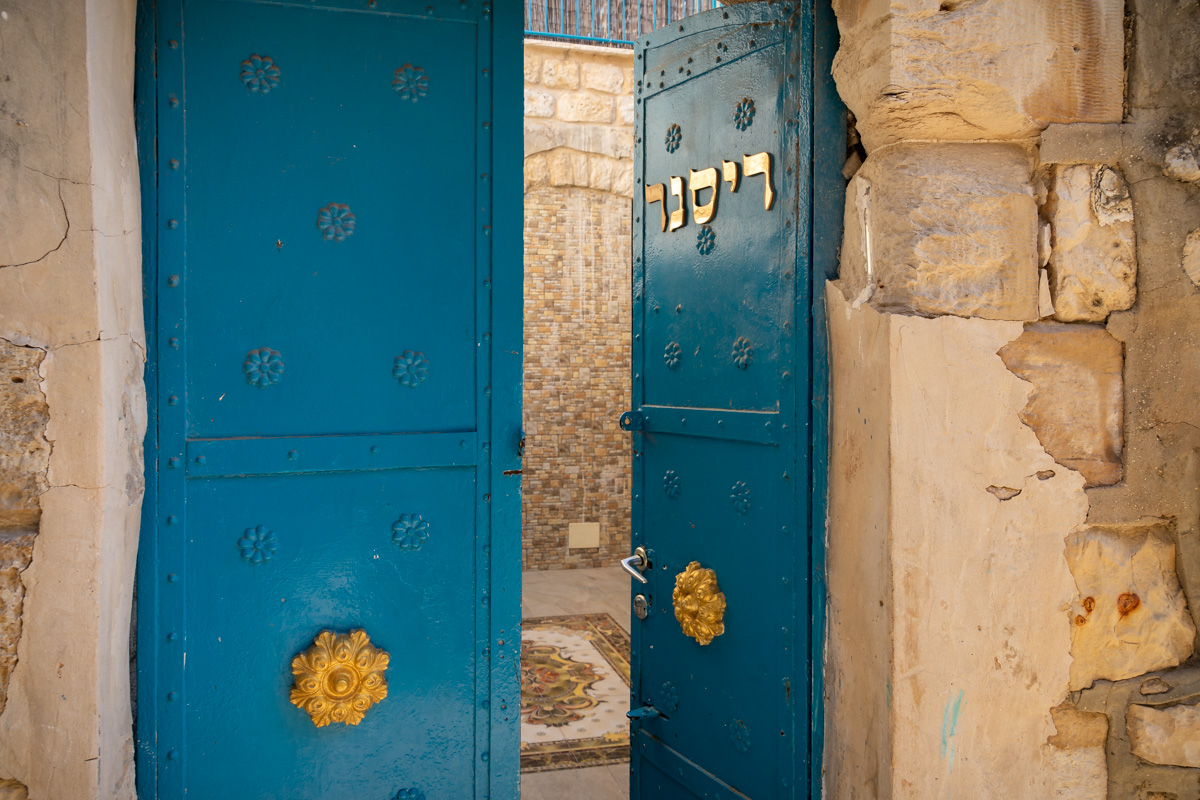 Likely the smallest national park in Israel – it basically consists of a single room – is the Bet Alpha Synagogue. The 6th-century Byzantine temple, or rather what remains of it, is famous for the primitive but evocative nave mosaics. 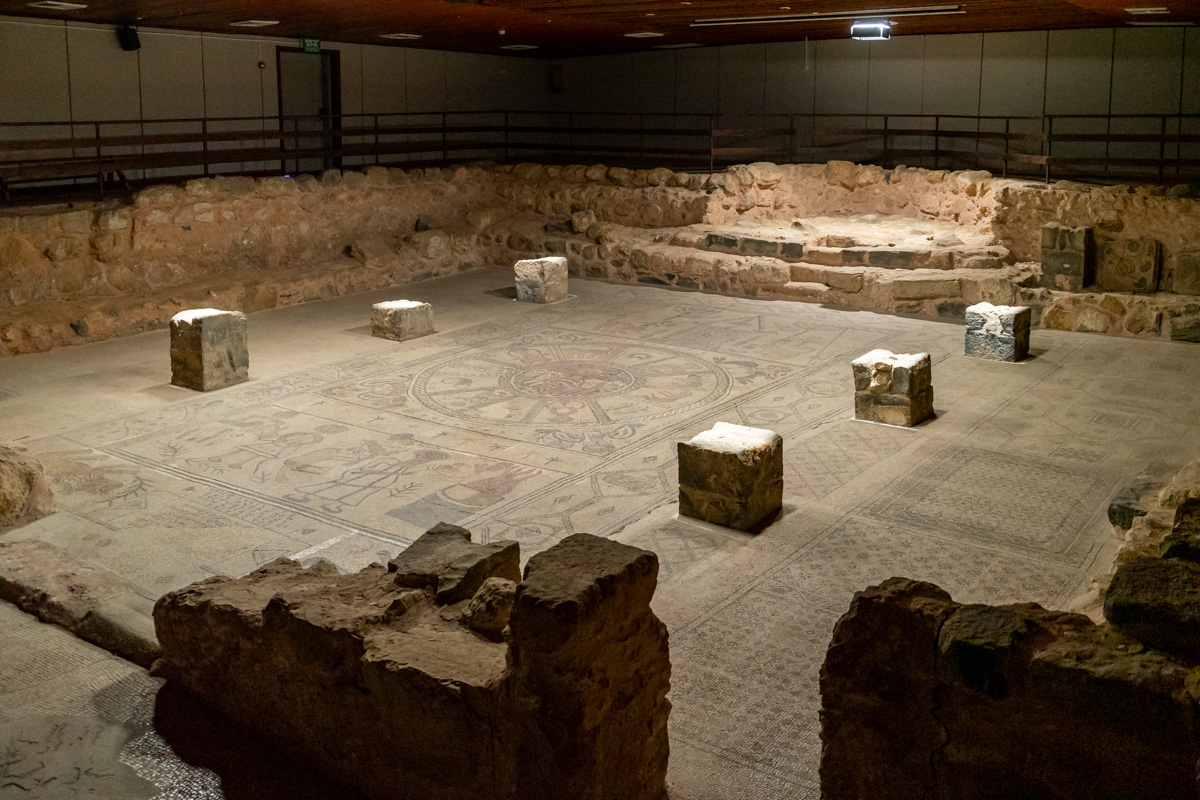 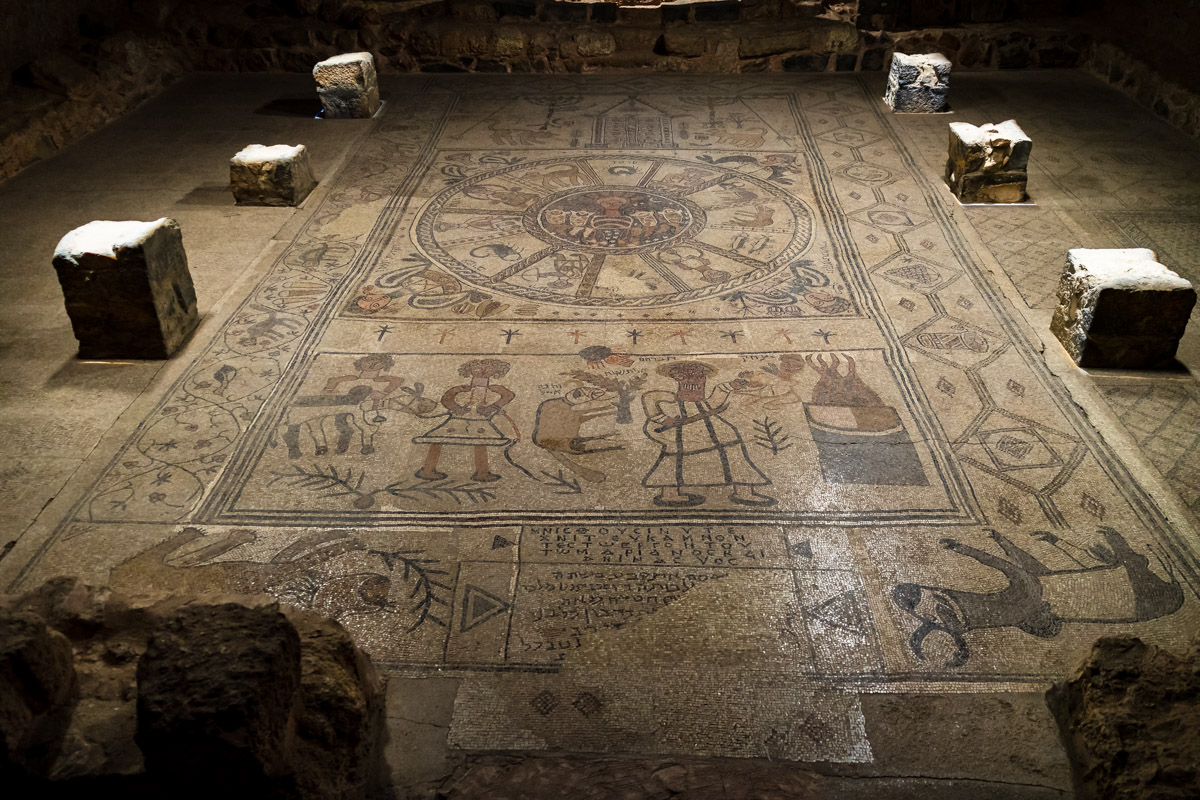 The visit to Bet Alpha is accompanied by a 15-minute movie-and-lights presentation that cheekily dramatizes the creation of the mosaics as well as provides a good overview of the architecture and decorations of the synagogue as it existed after its completion. During the show, the parts of the mosaics that are being discussed are highlighted. 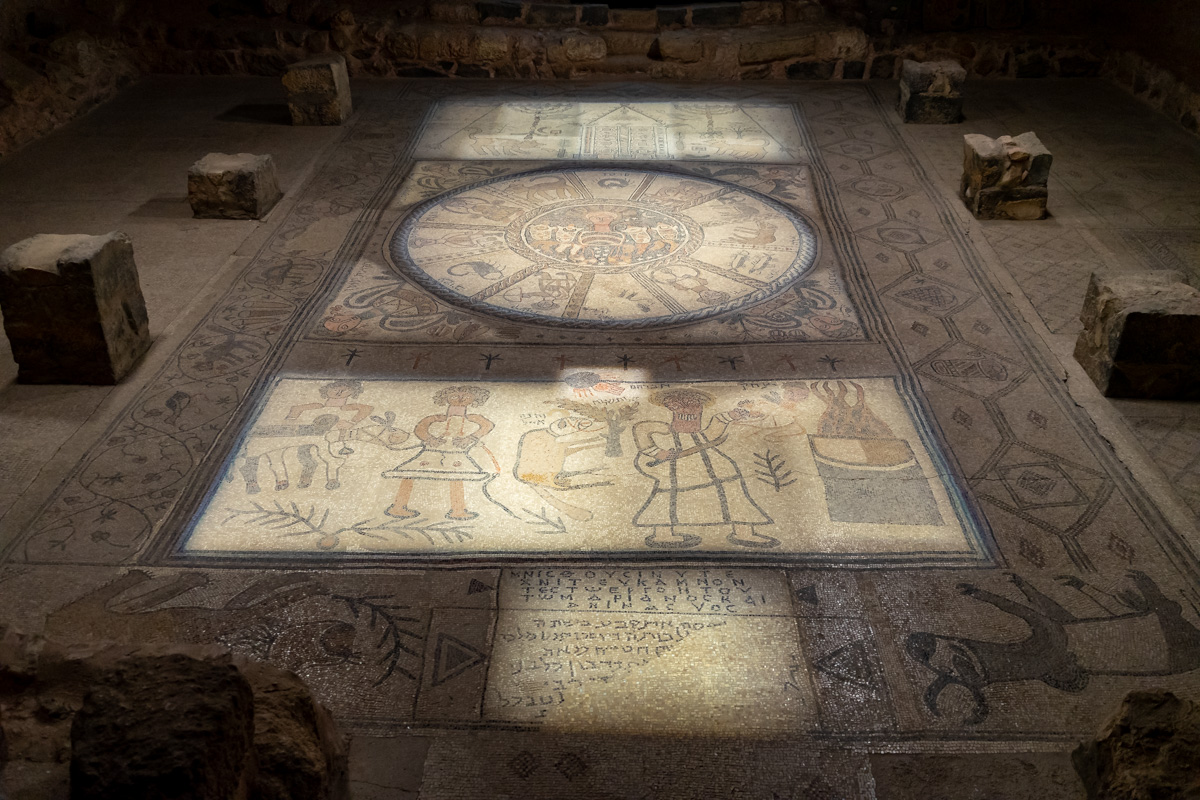 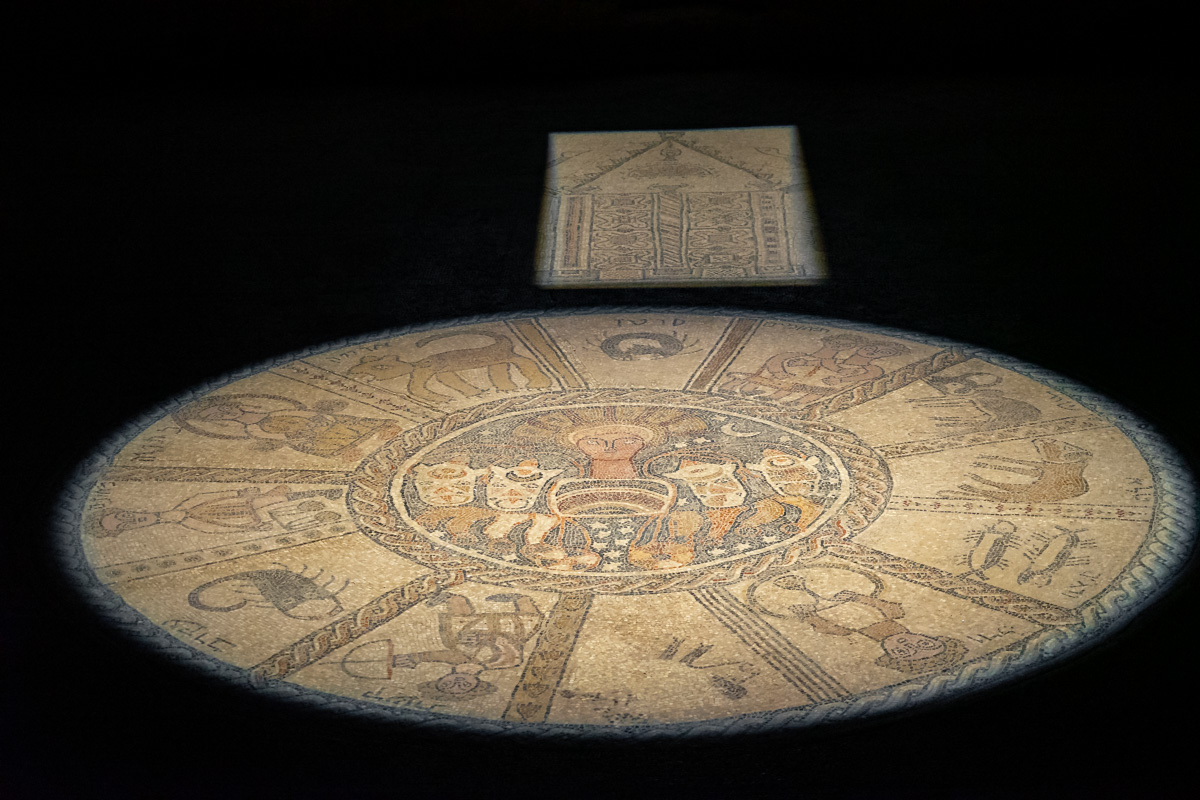 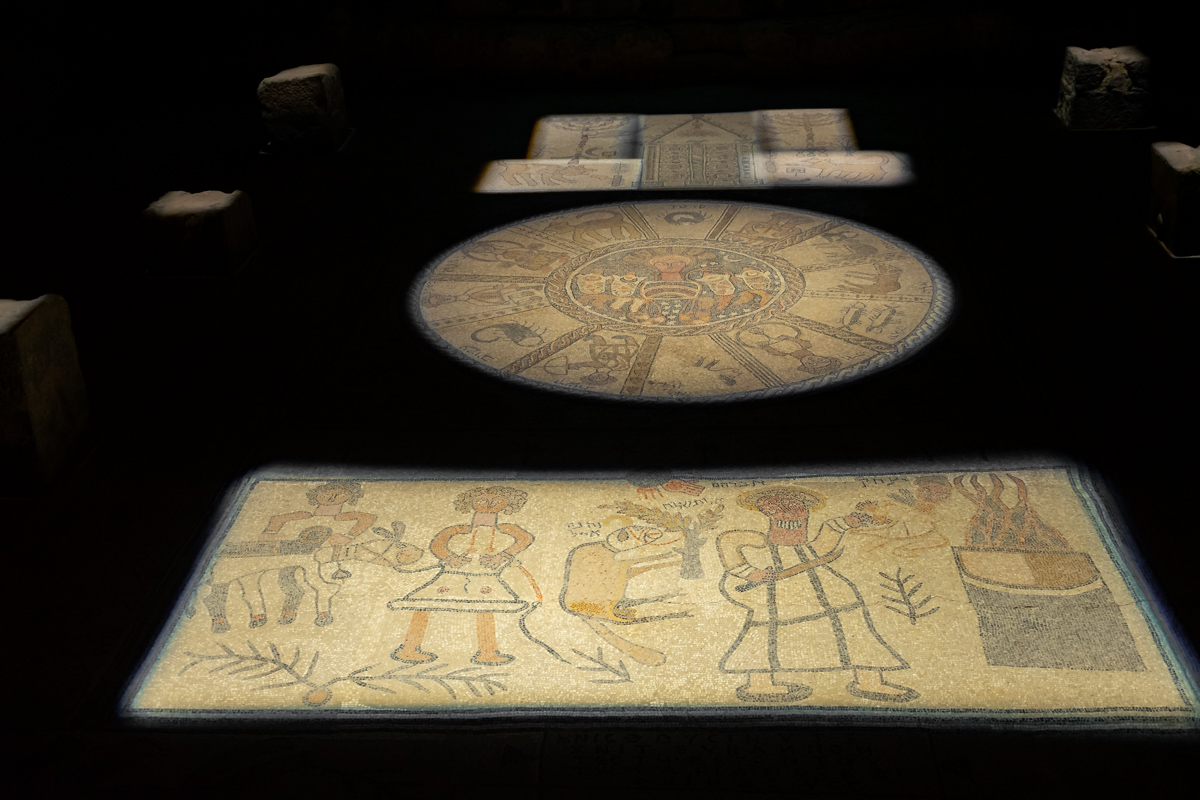 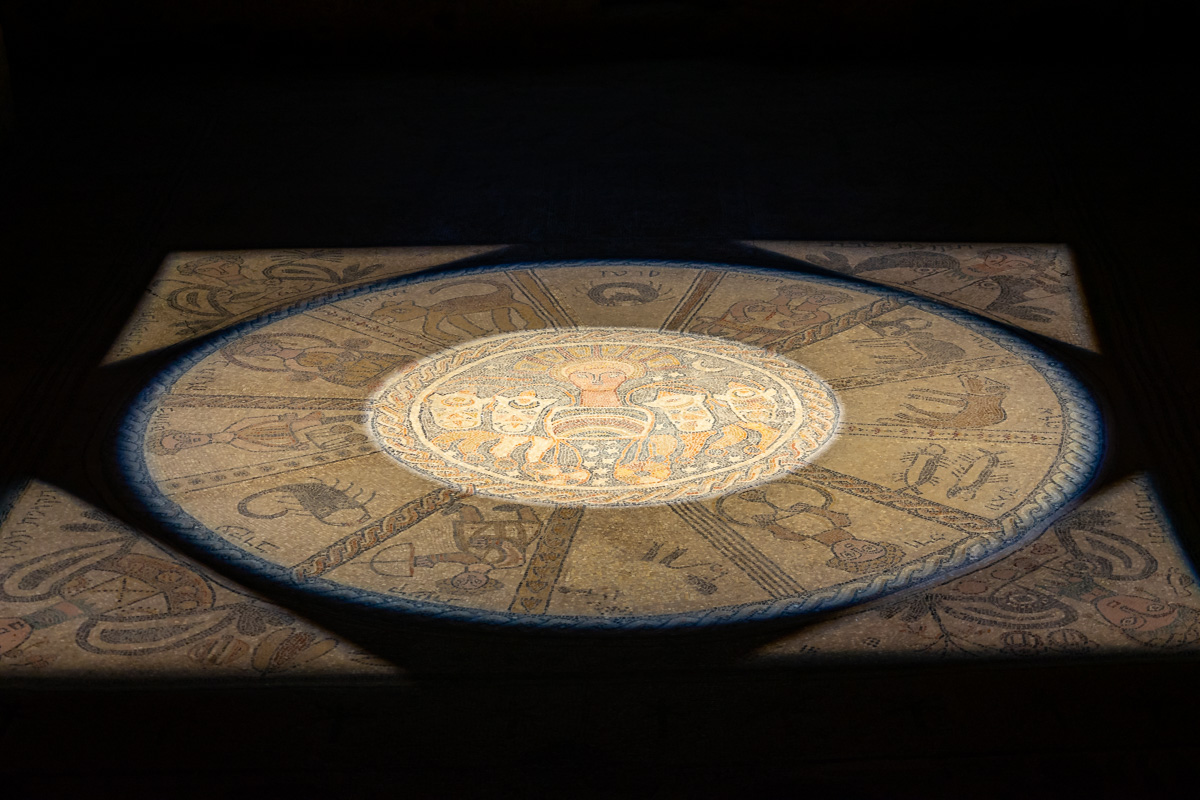 Bet Alpha is part of a serial tentative World Heritage site called Early Synagogues in the Galilee. With Israel having withdrawn from UNESCO several years ago, the likelihood of an Israeli site being added to the list is fairly low. I have to say that I was more impressed by this single room at Bet Alpha than I had been at certain larger already inscribed WH sites.

Belvoir castle, which is the main component of the Jordan Star National Park, is in a similar WH recognition position. It is part of a tentative serial site called The Crusader Fortresses. In this instance, I am not sure that an inscription would be ever merited regardless of the political subtext, since the concept of an Outstanding Universal Value would be rather stretched here. The history of the fortress as it pertains to the crusaders lasted only a bit over 20 years in the 12th century, until the fortress was conquered – after a valiant defense – by the Muslim forces. The remains of it, though, are not without interest in that they visibly suggest what it may have looked like in its day. 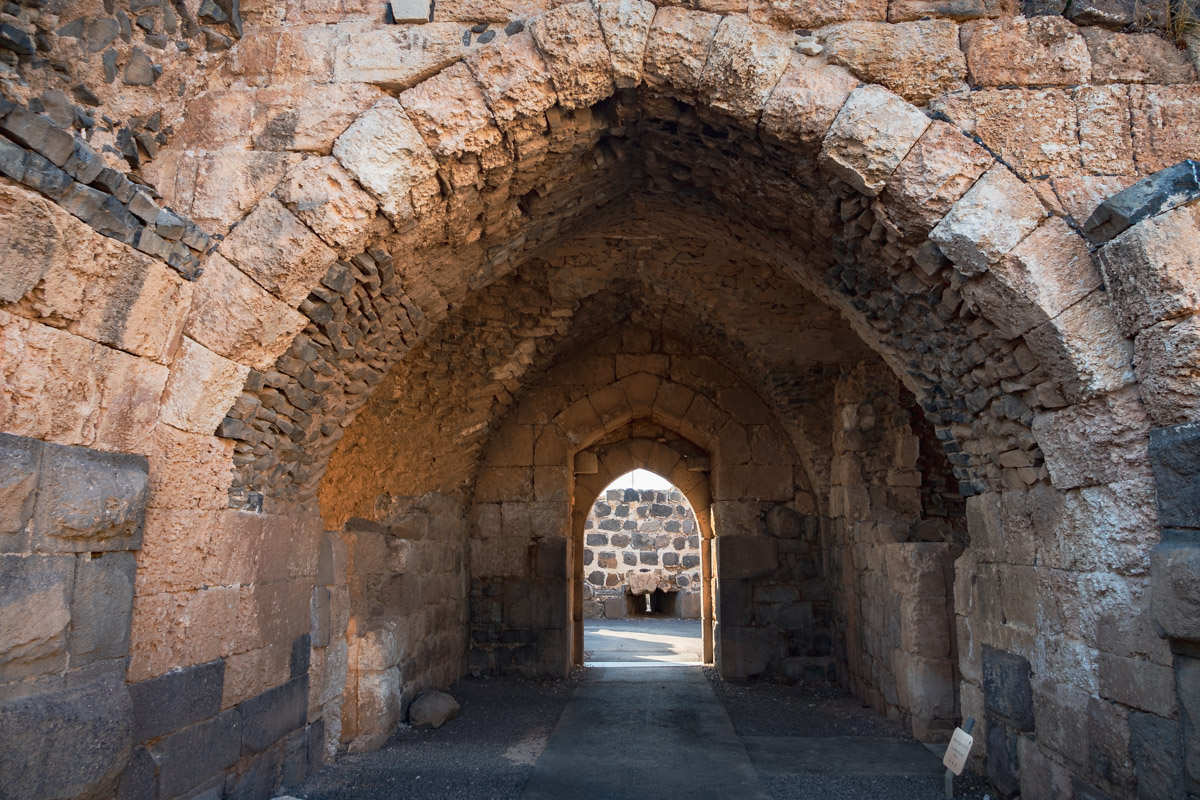 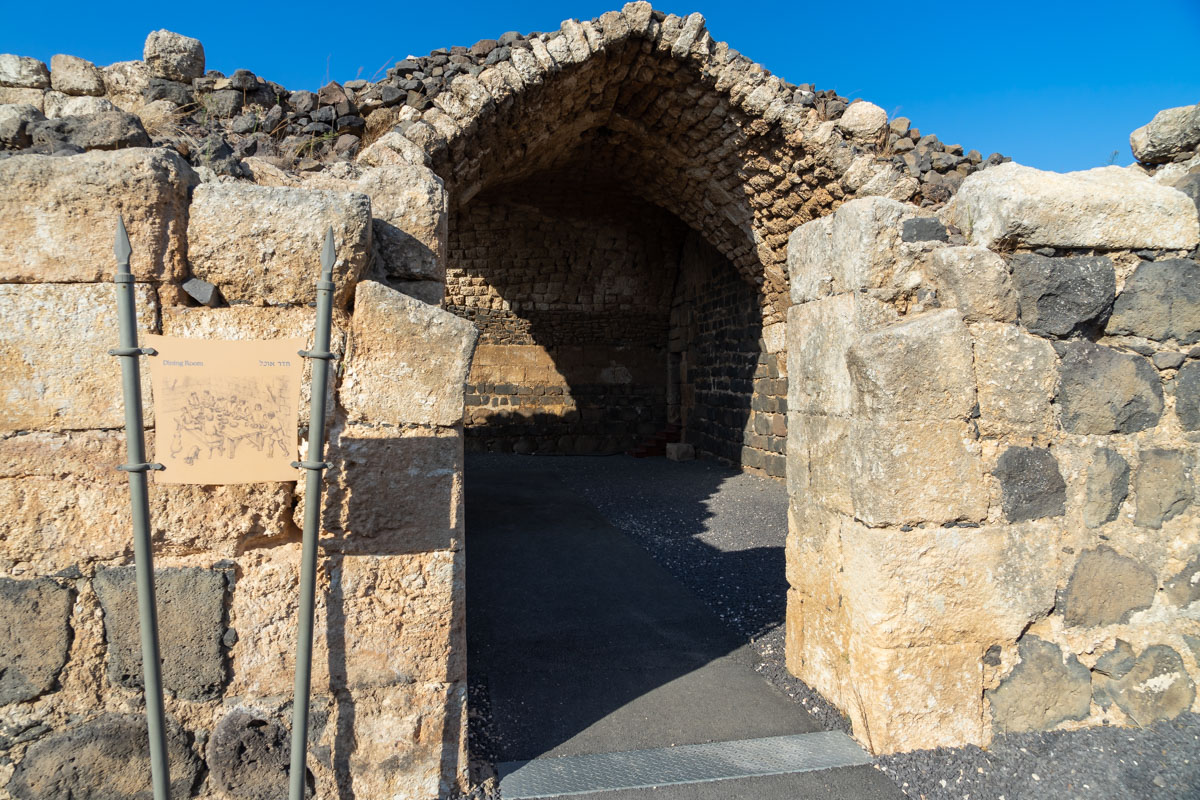 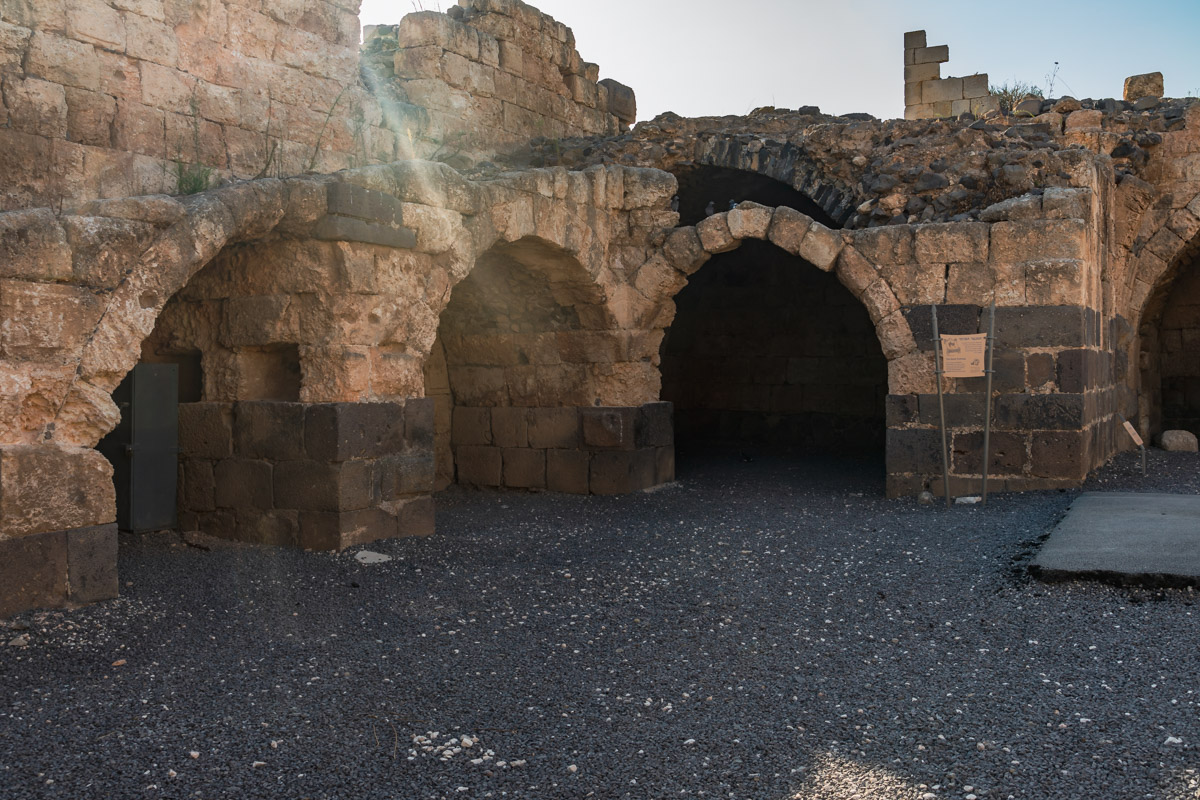 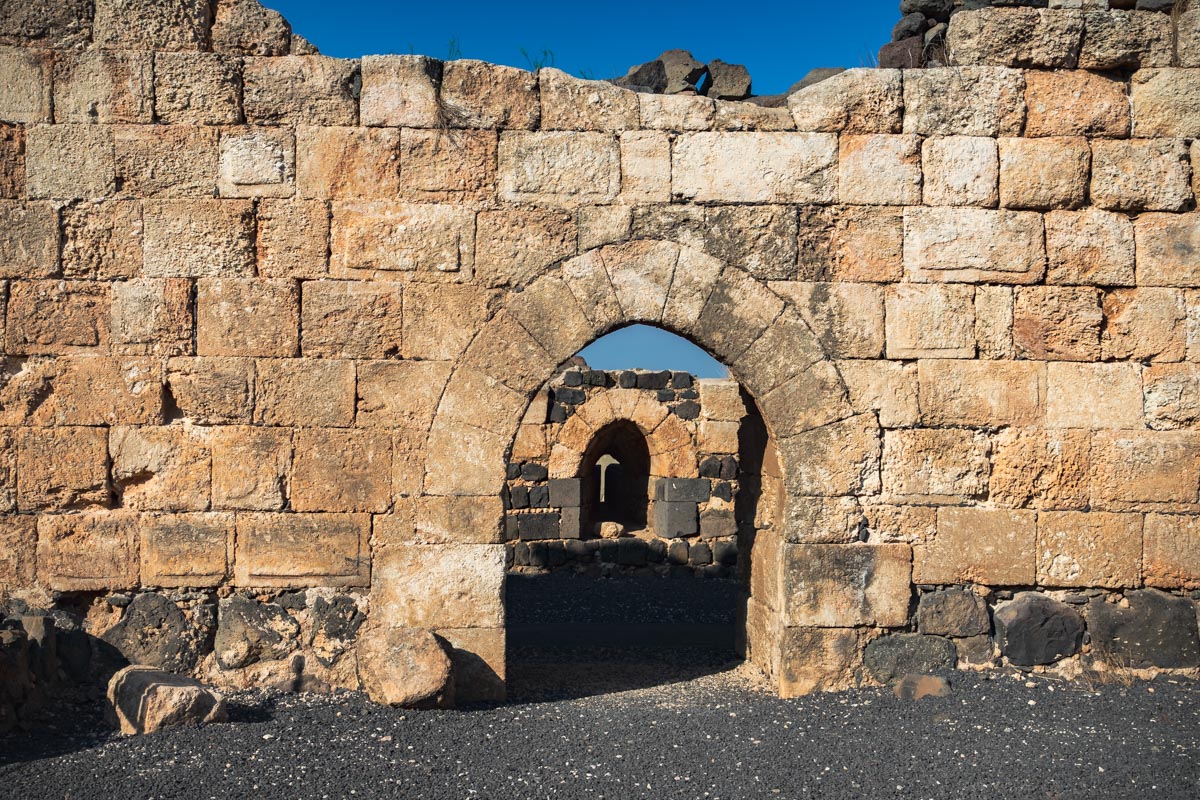 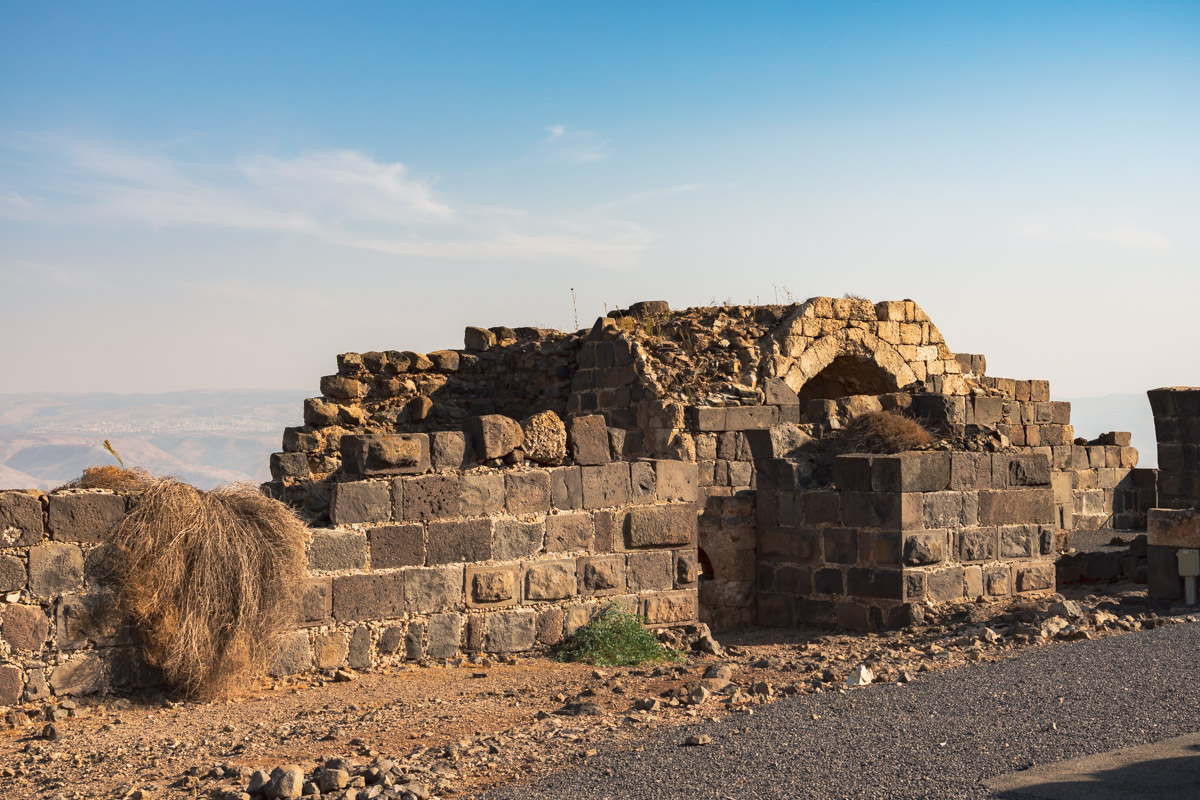 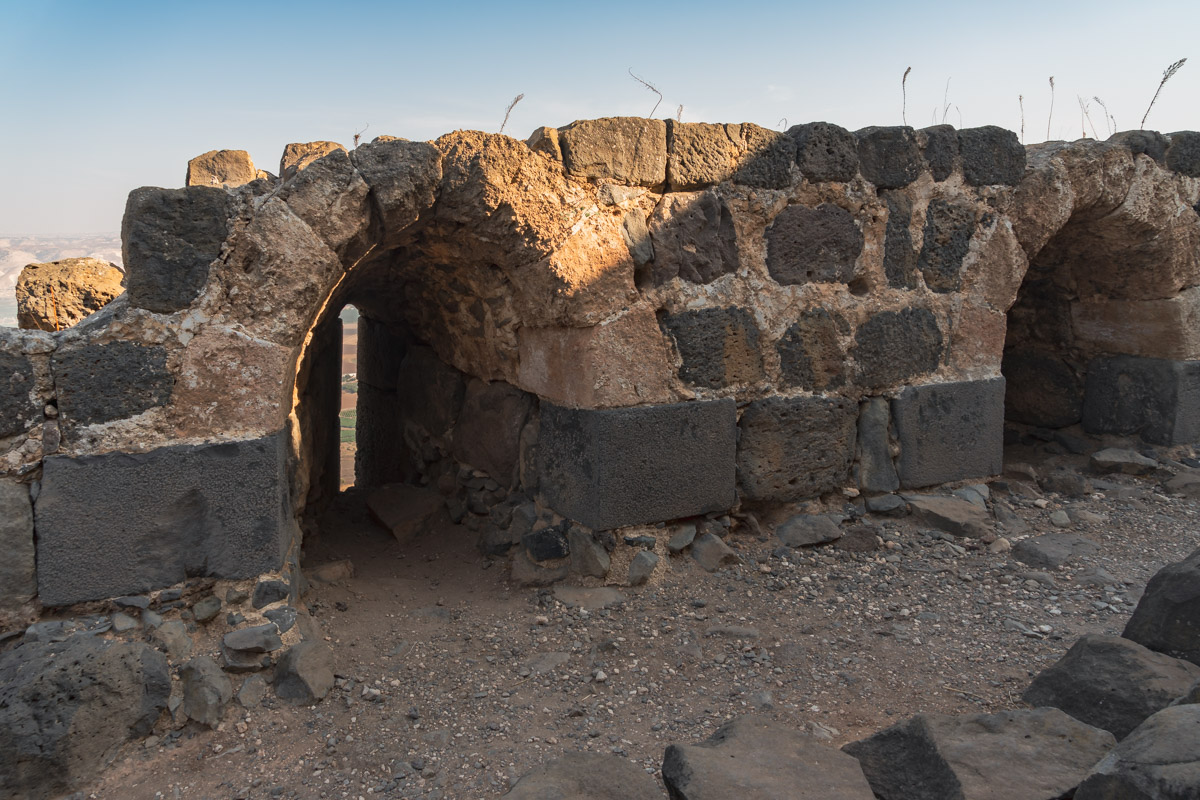 Nonetheless, the overriding highlight of this park are the views over the Jordan river valley. The castle had a nickname of Belvoir – “fine view” in French – for a reason. 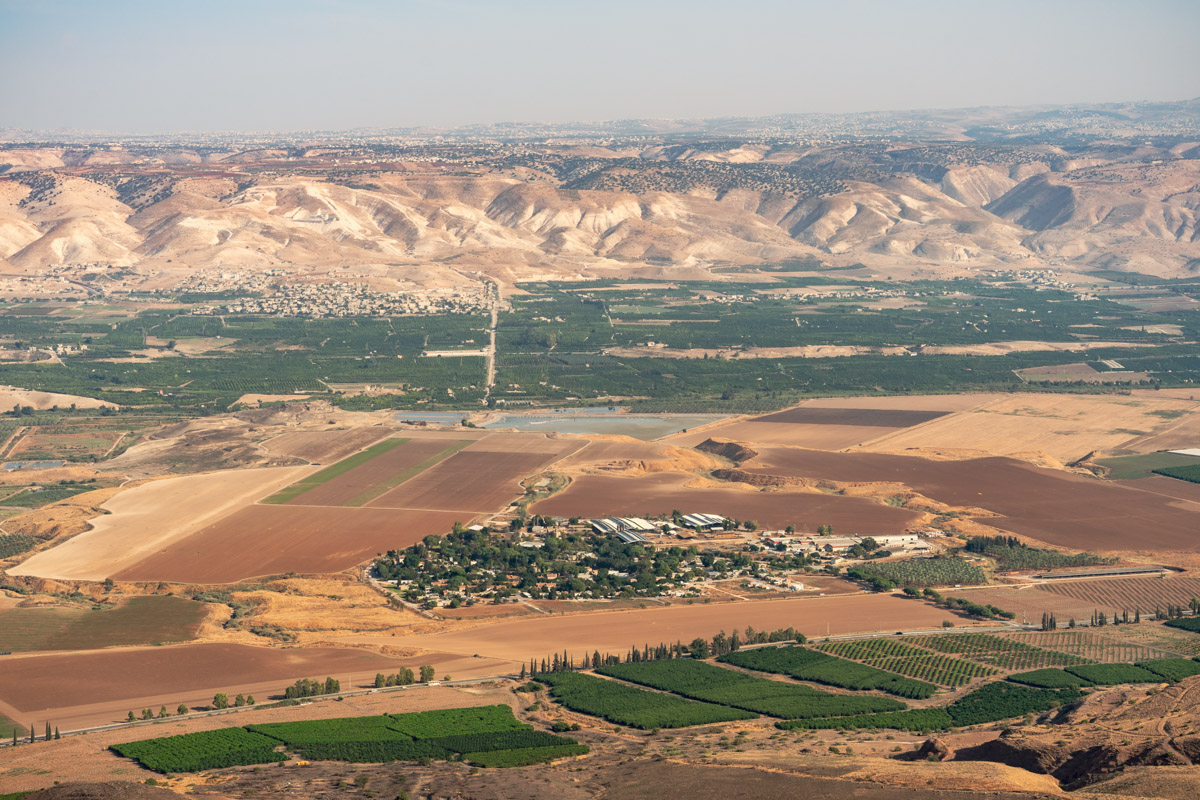 The river is tiny and cannot be easily identified in this picture – it flows roughly across the middle of the shot. Beyond the river lies Jordan.

Here is a different angle. The body of water near the bottom of the shot is a fish farm, with the river channel a bit more discernible behind it. 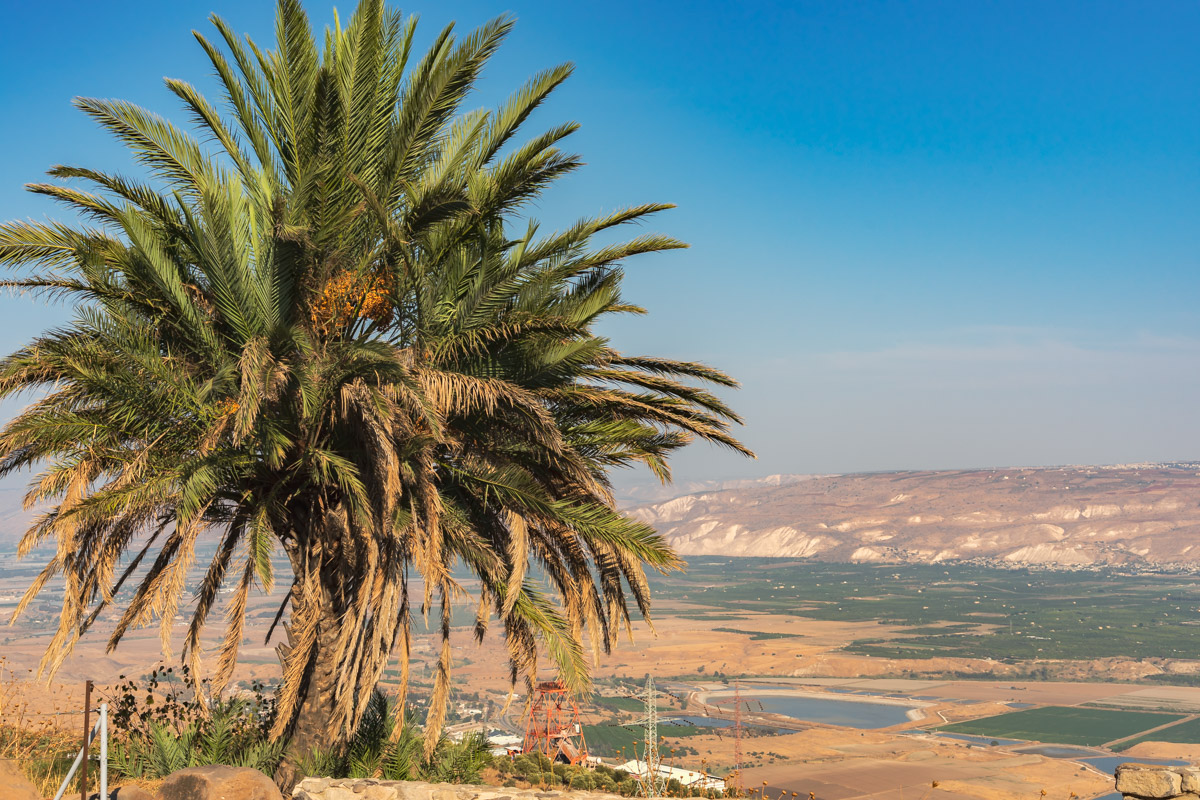 I never attempt to cover everything at a brisk clip when I visit a country for the first time, and that leads to itinerary cuts and subsequently to clear instances where a return visit is necessary to fill in the gaps. Israel, despite its relatively small size, is impossible to cover in depth even in the space of two or three weeks. Galilee and the north of the country in general will definitely feature a lot on my return visit to the country.