Necropolis of Bet She’arim is a significant monument of Jewish history, but I suspect only a dedicated WH chaser would include it on an itinerary when visiting Israel for the first time. This is not a must-see but it has to be said that it is one of just a couple of WH sites in Israel that exceeded my expectations (albeit from a relatively low bar).

The primary site consists of a few dozen caves that hold multiple Jewish burials from around the 2nd century AD. The two main caves nearest to the visitor center offer 90% of the overall value, while the rest provides one or two additional features and extend the range of the attraction.

The Museum Cave, true to its name, offers a number of exhibits in a museum setting, from ancient pottery to fragments of stone decorations to models of the original structures at the site. 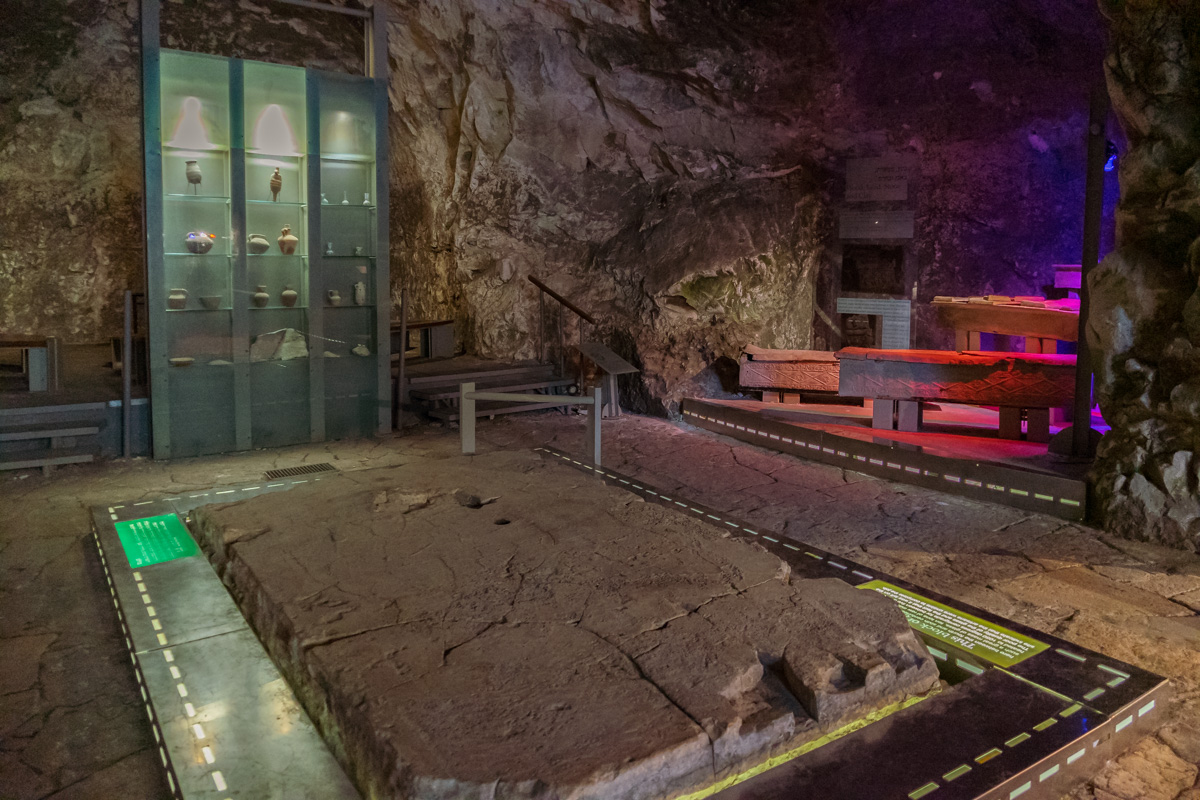 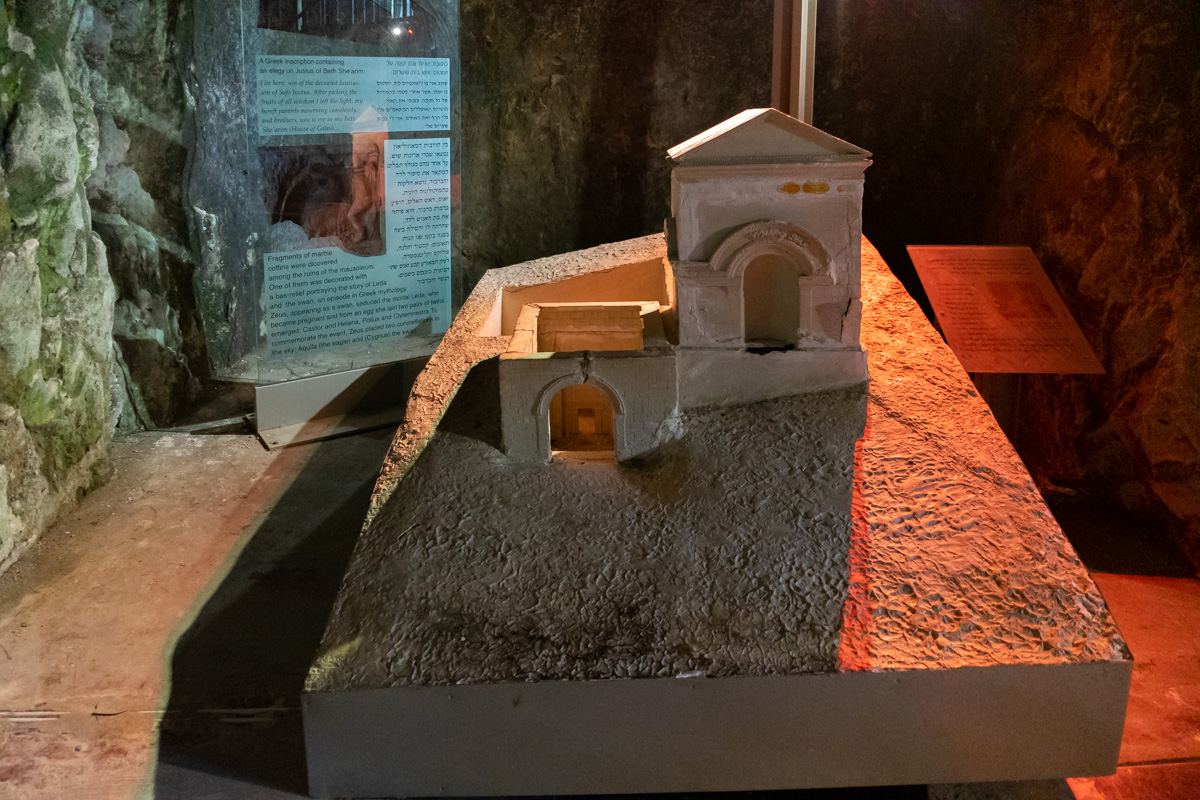 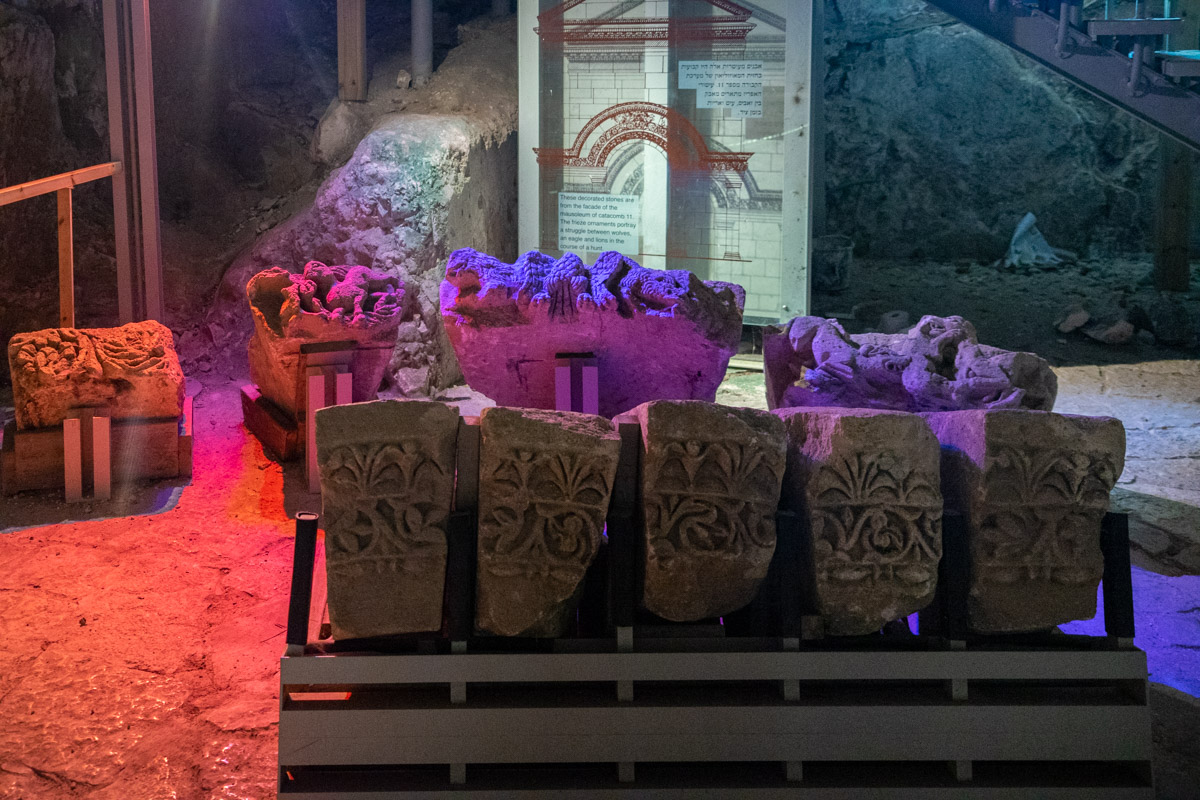 This is the entrance to the Cave of the Coffins. 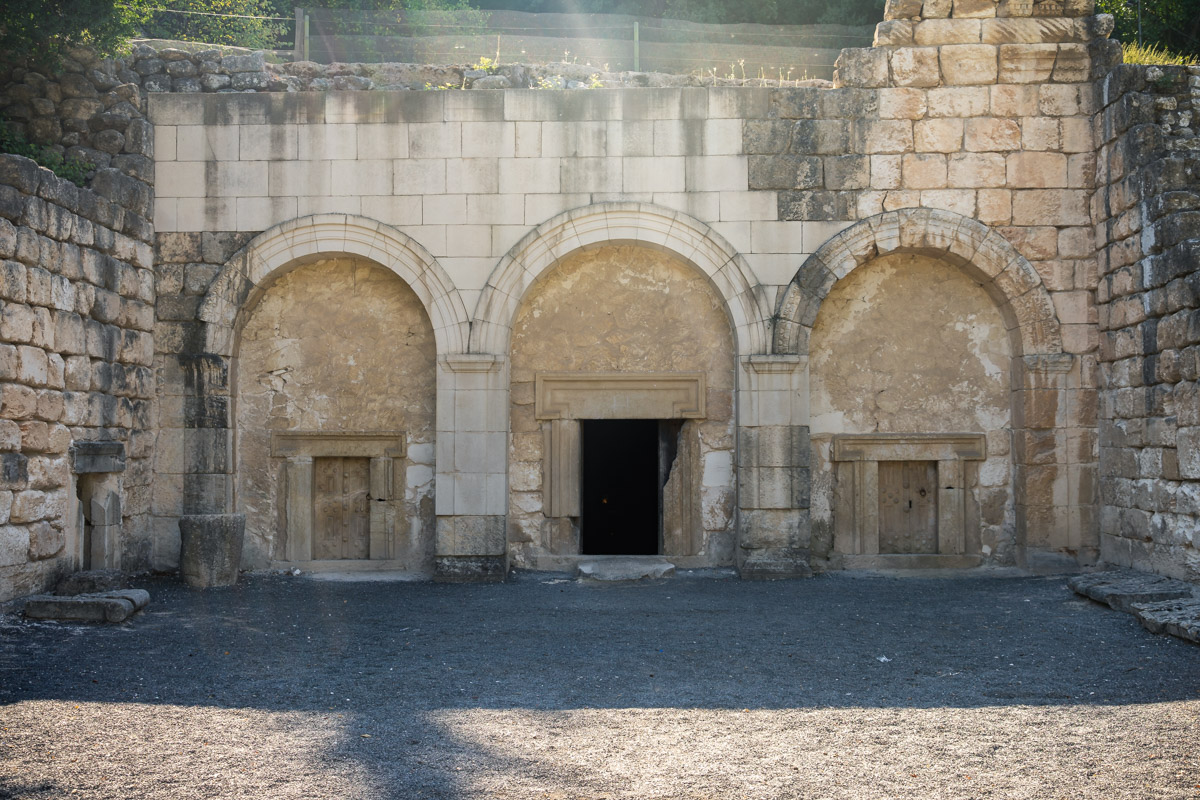 It is also aptly, if not exactly creatively, named. This is a vast catacomb filled with all kinds of tombs and sarcophagi. 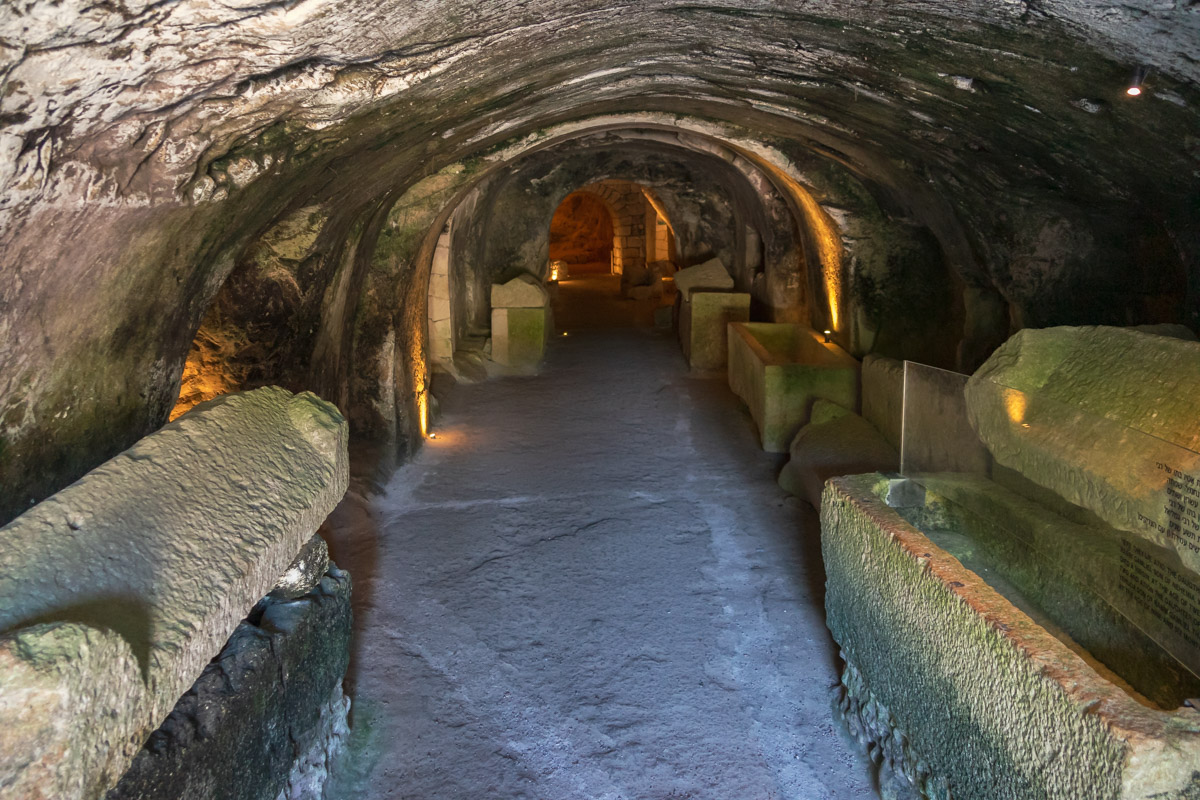 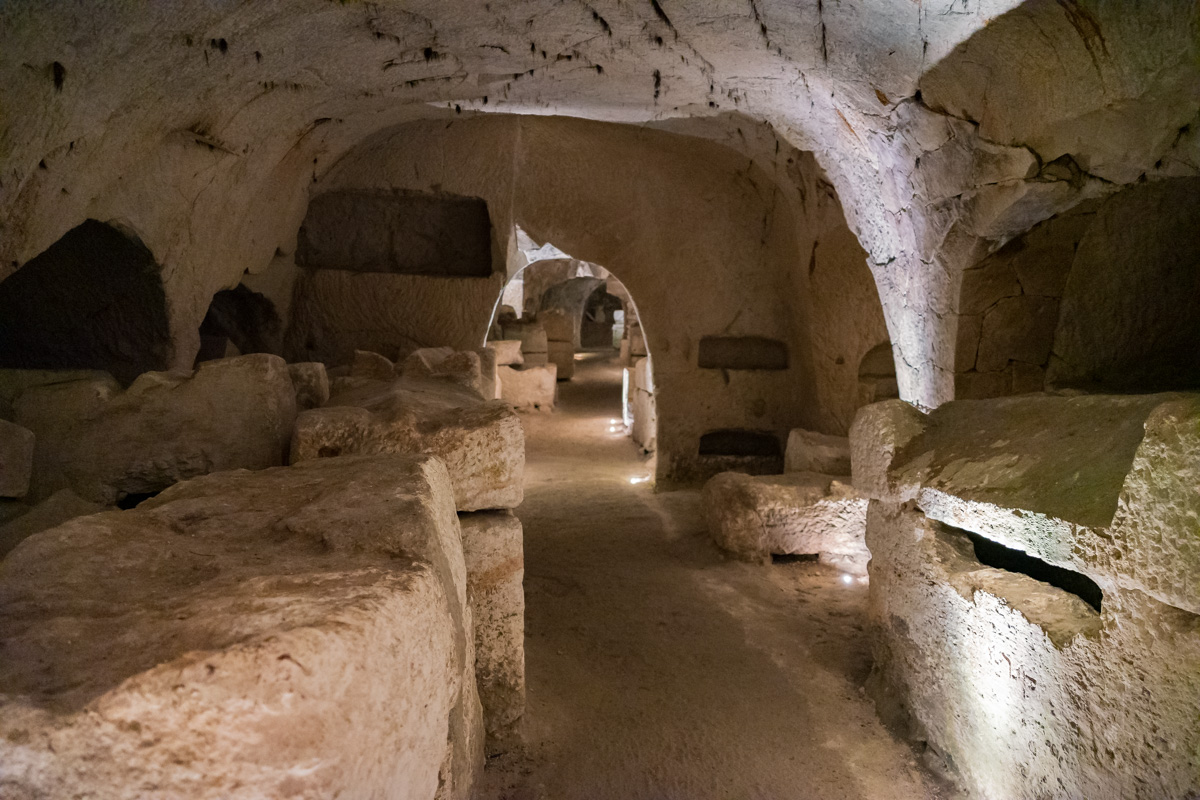 The cave is roughly 75 x 75 meters in dimensions, but it feels larger as you walk inside its passages. 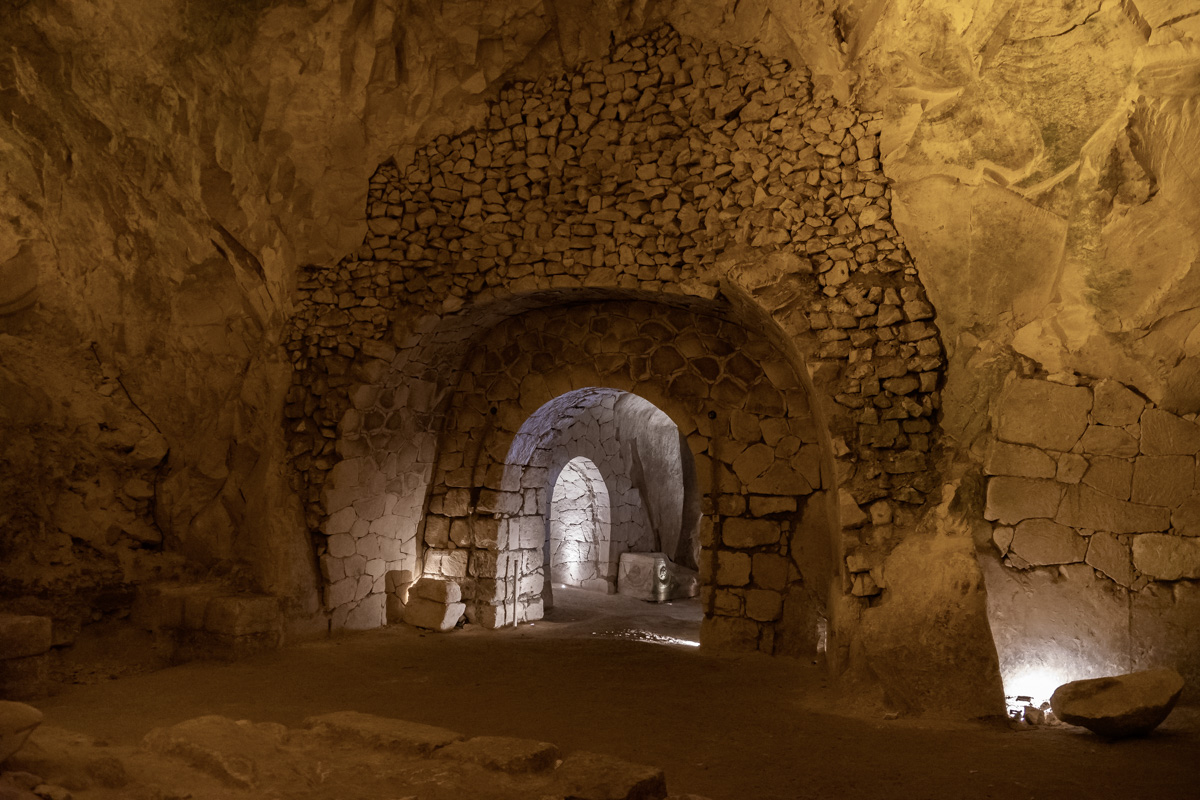 Many coffins are decorated with patterns or animal motifs. 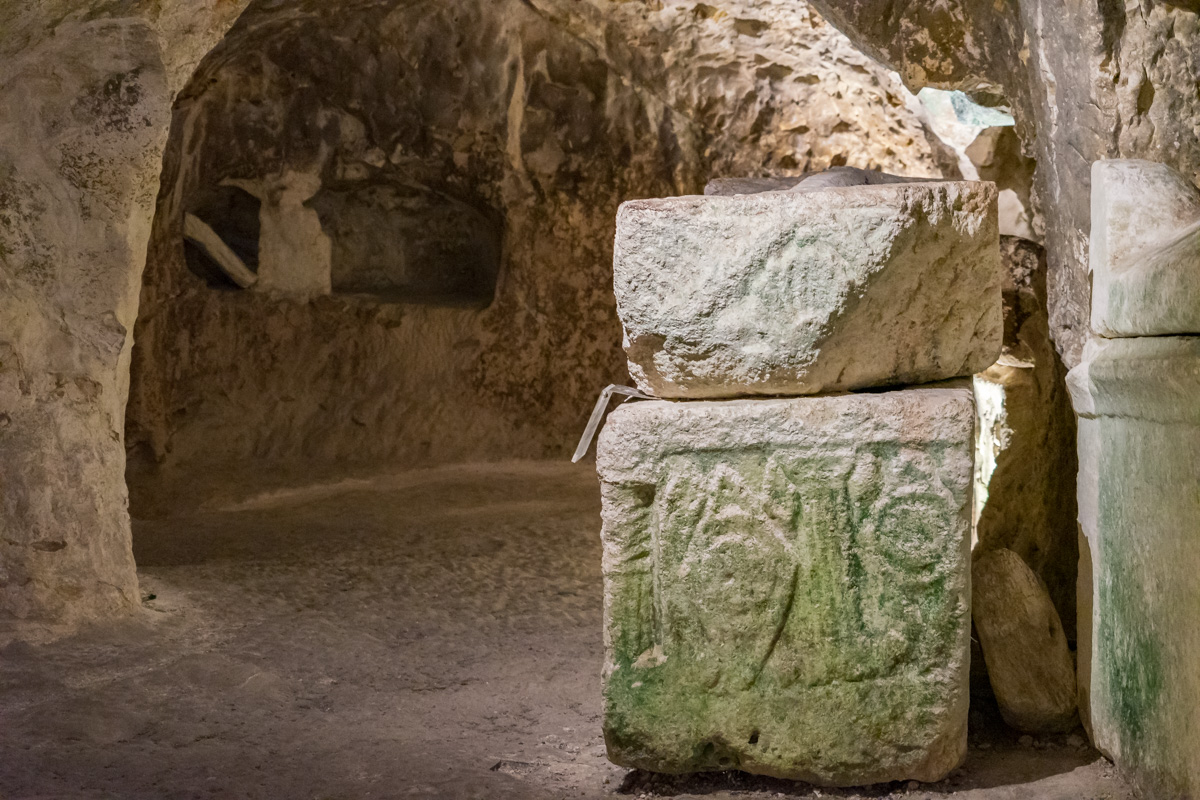 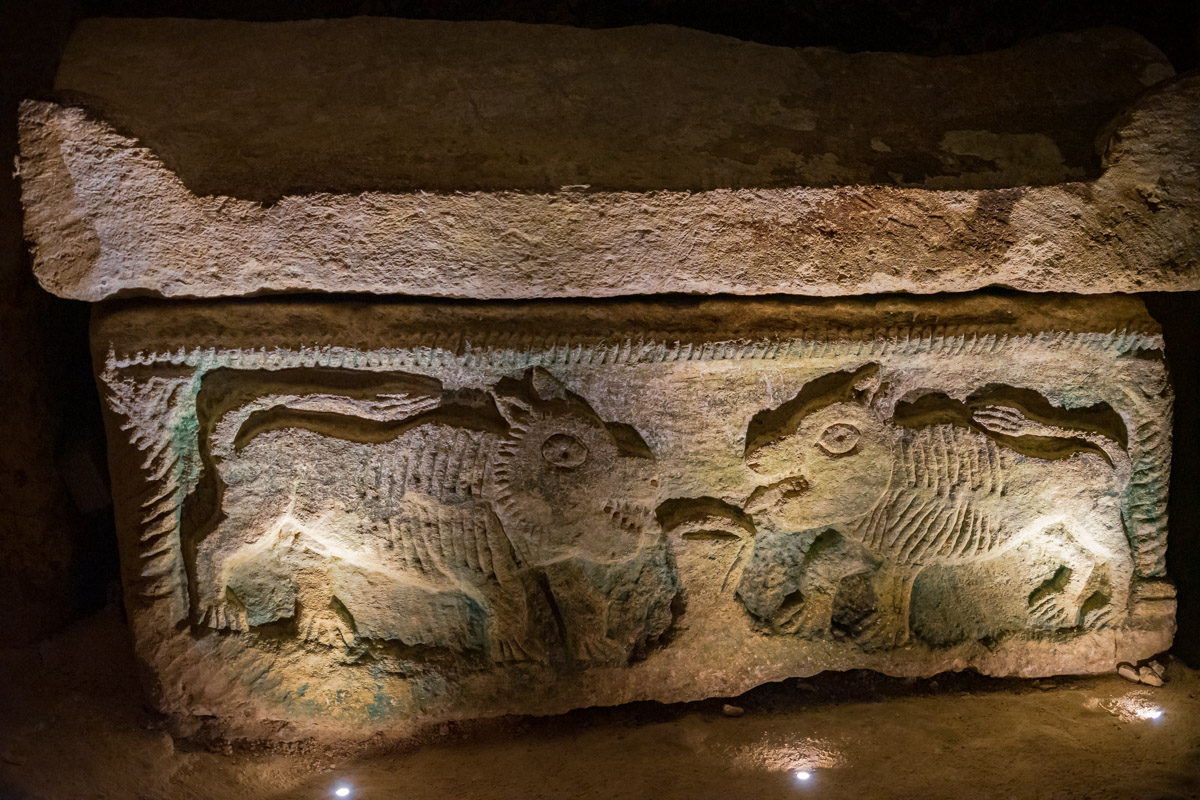 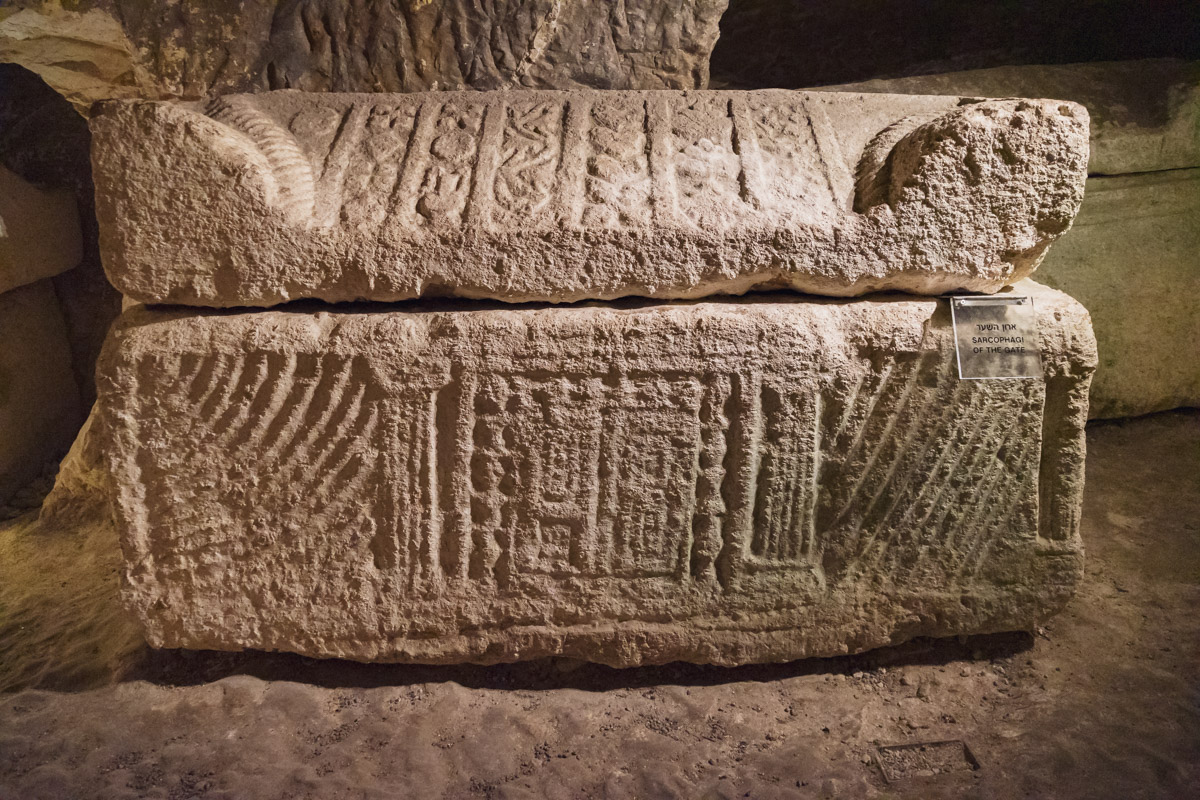 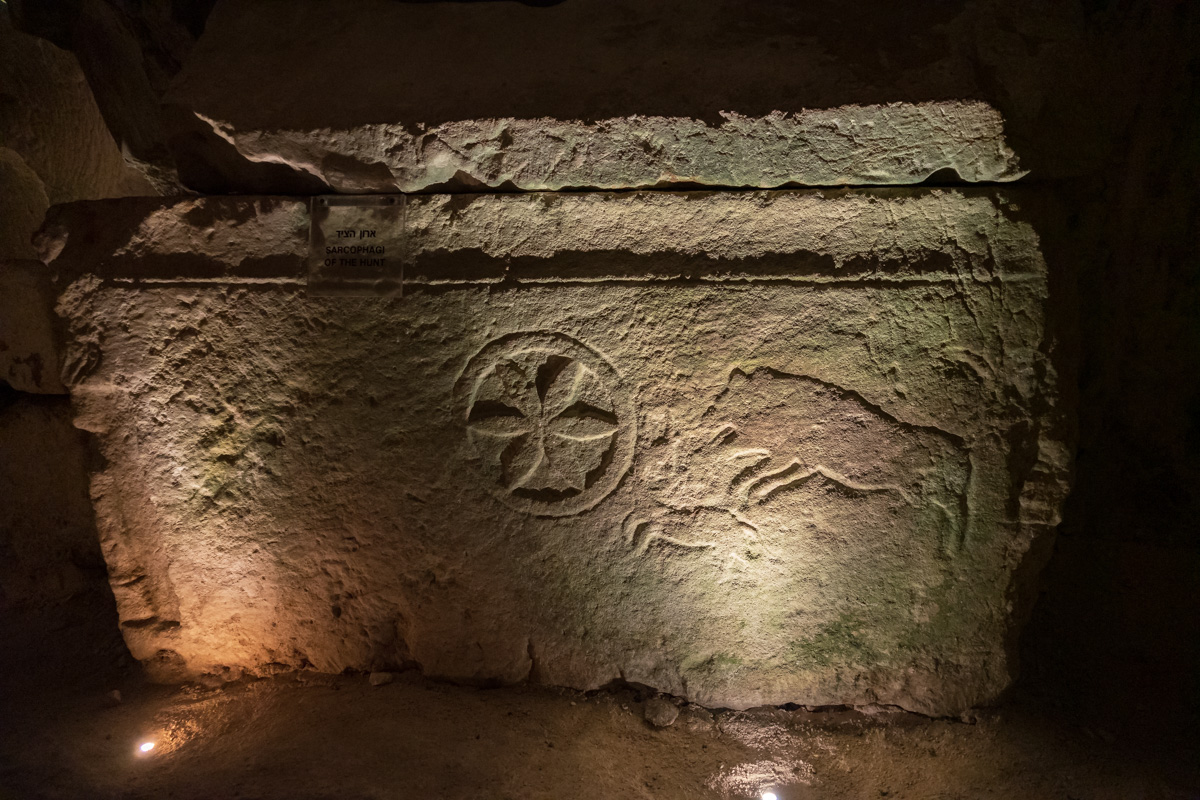 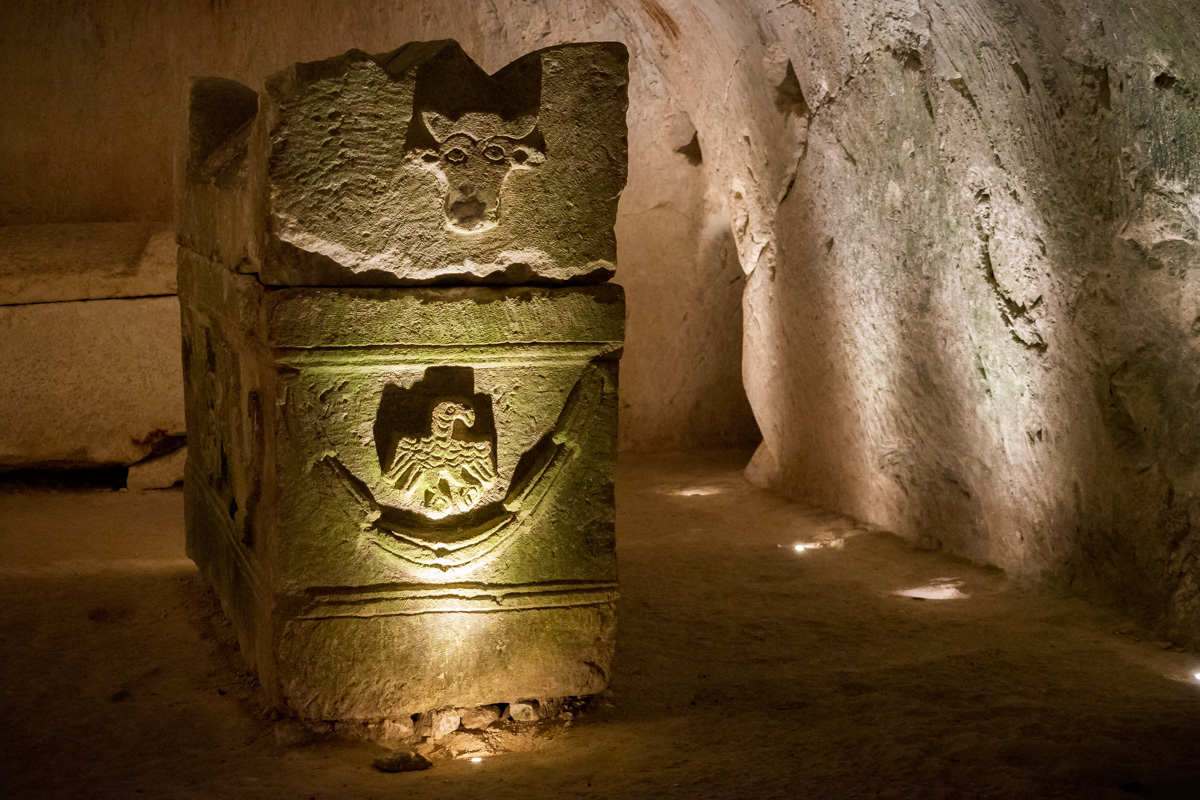 And in one corner there stands what is known as “the mother of all menorahs”. 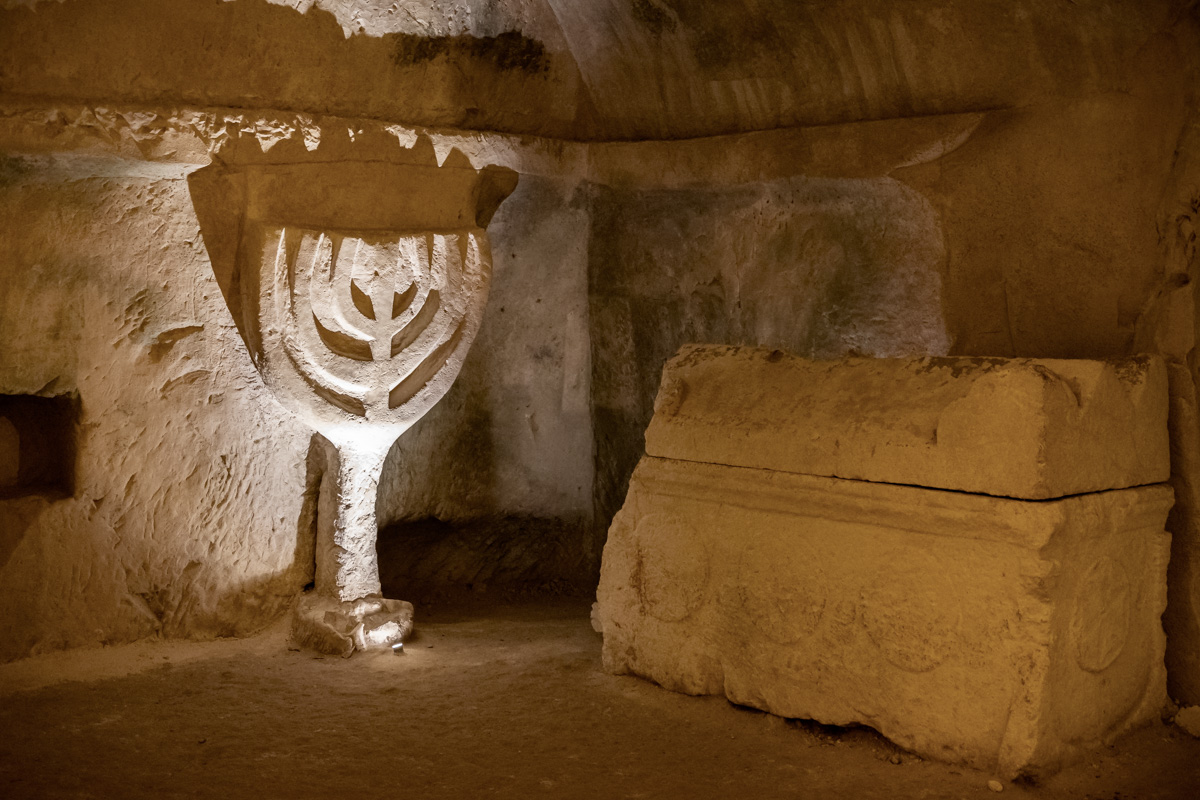 Here is the entrance to the cave of Rabbi Yehuda Hanasi (aka Judah the Patriarch), the spiritual and political leader of the Jewish world at the turn of the 3rd century AD. His presumed tomb can be accessed through the low door on the left. 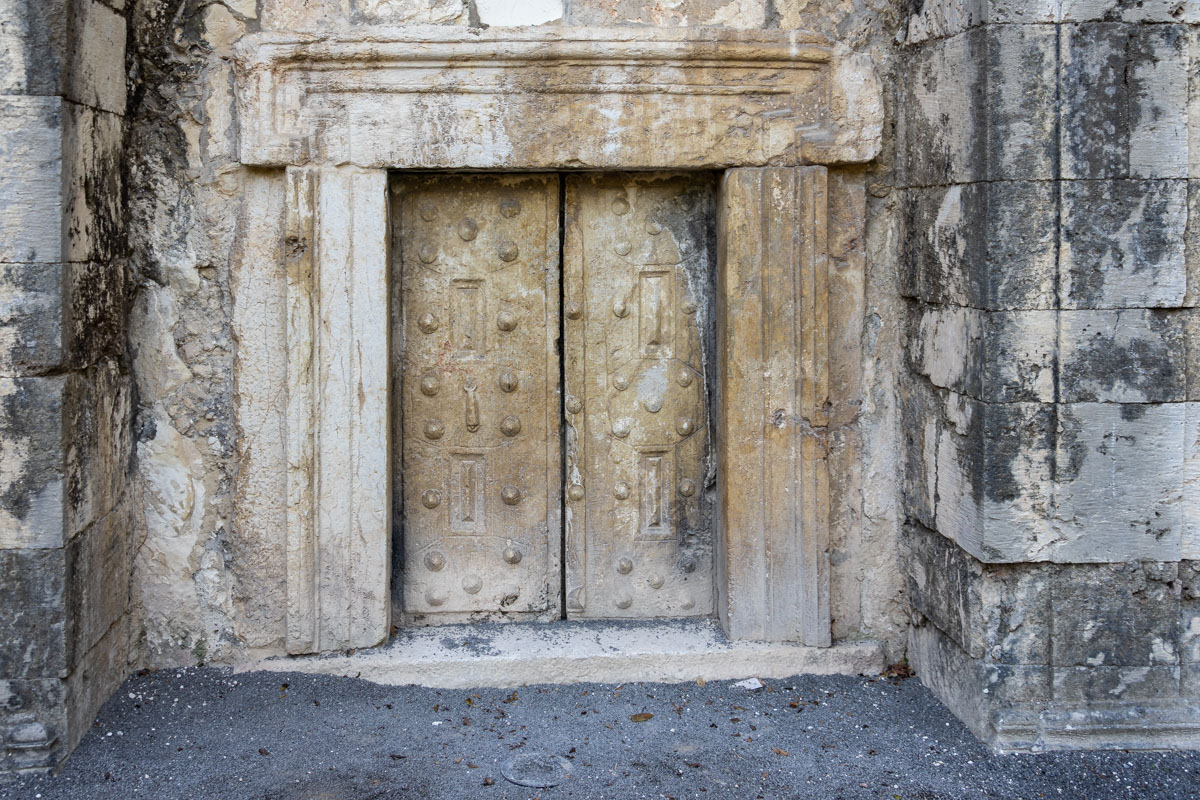 Examples of entrances to other caves. 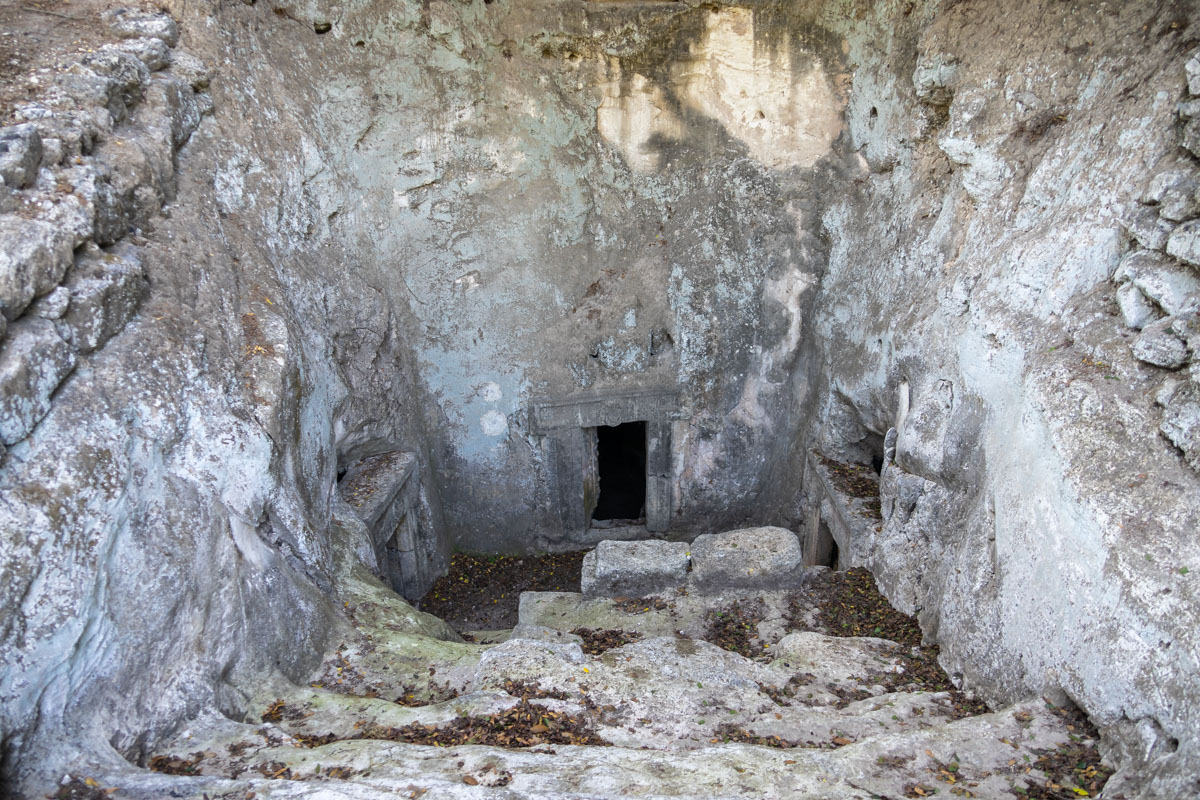 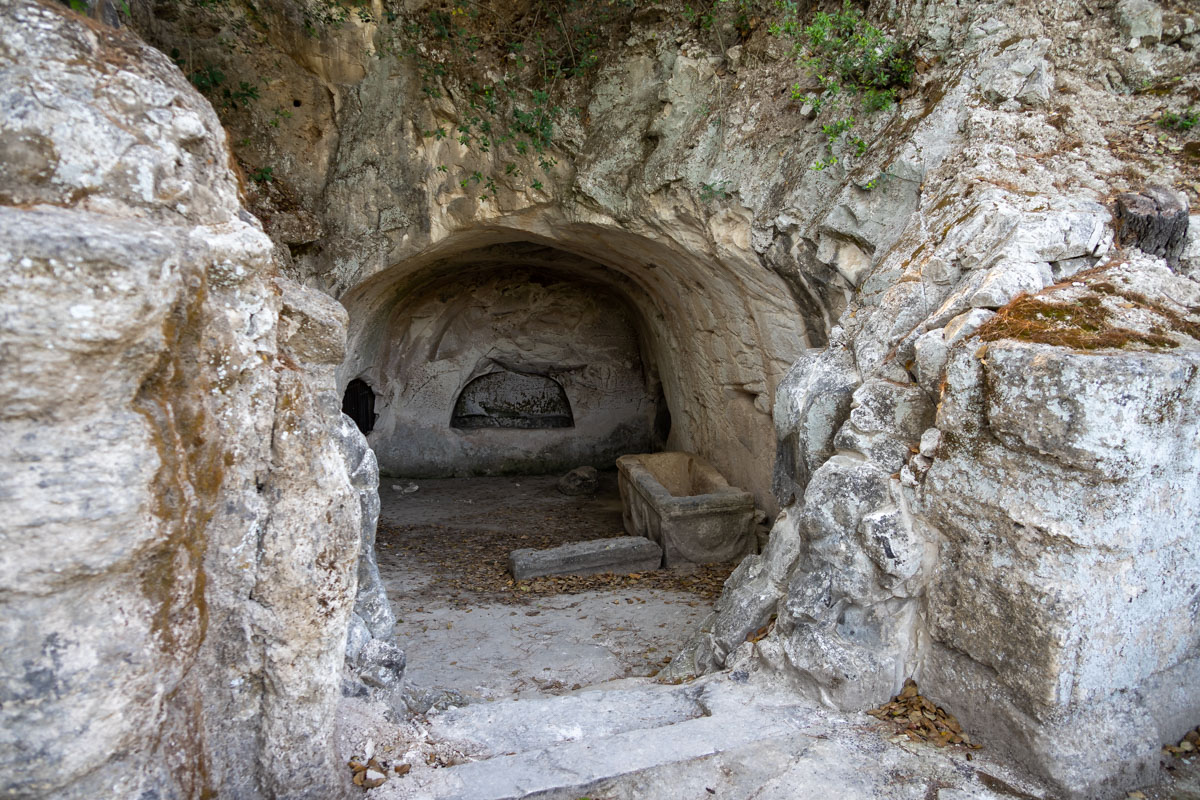 Not all caves are accessible – and those that are more often than not require a touch of contortionist abilities from those desiring to enter. It may not be obvious from the pictures that offer no human height scale comparison, but most of these doors are barely a meter high. Having to bend horizontally to pass through is unavoidable – and that endeavor may be further impeded by your girth. Nonetheless, I attempted to go inside as many of the caves as I could. As I said earlier, they only offer an occasional detail of note. 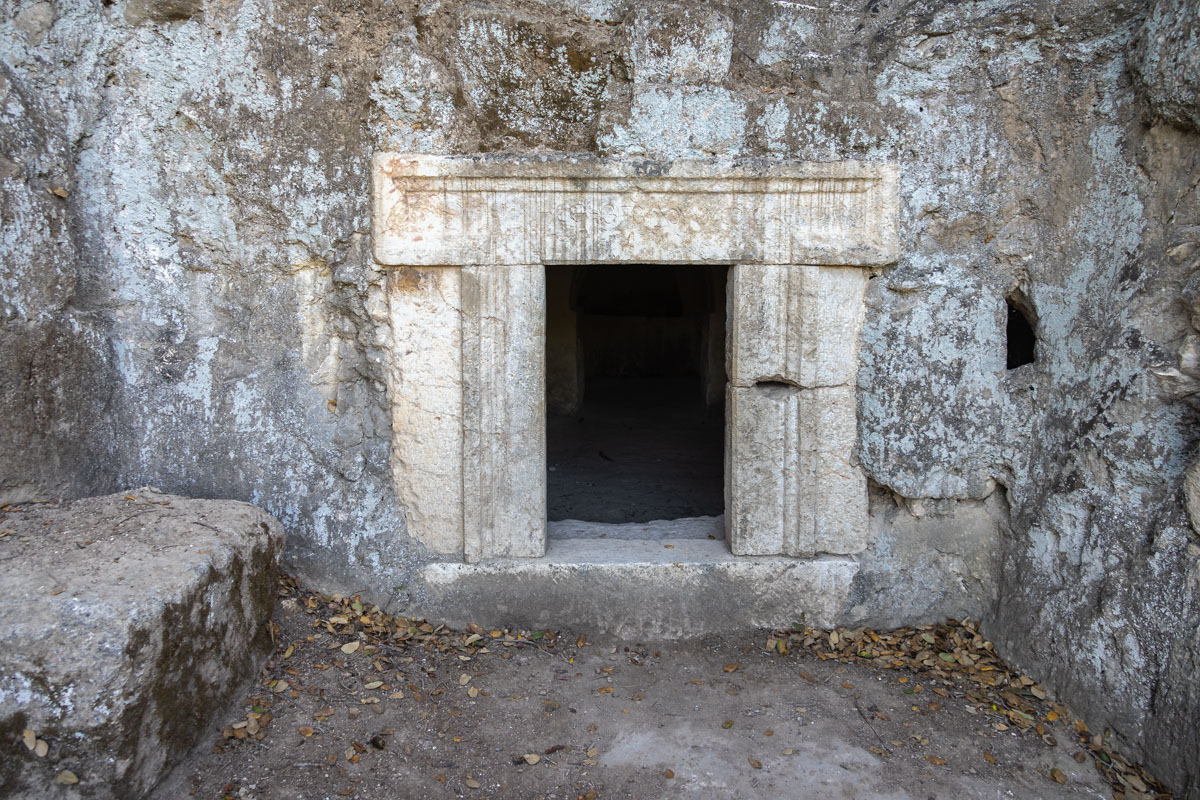 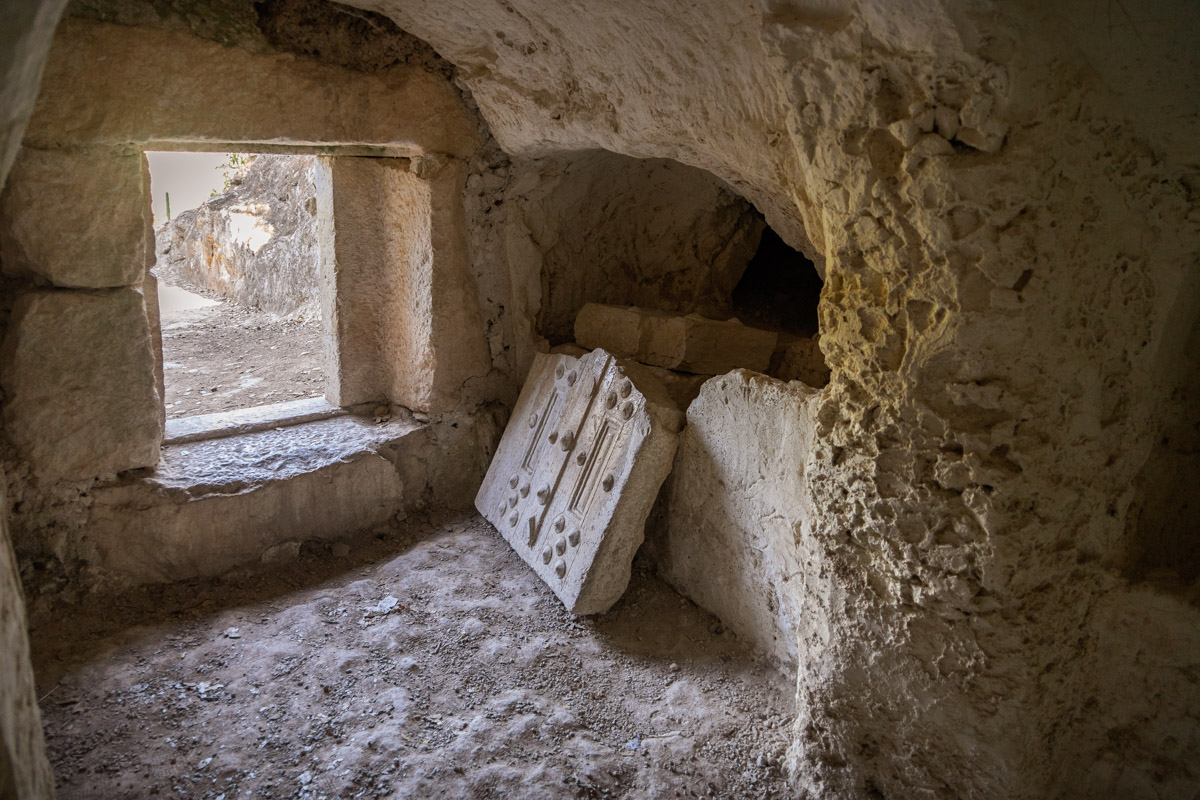 Above the necropolis are the remains of the ancient town of Bet She’arim. 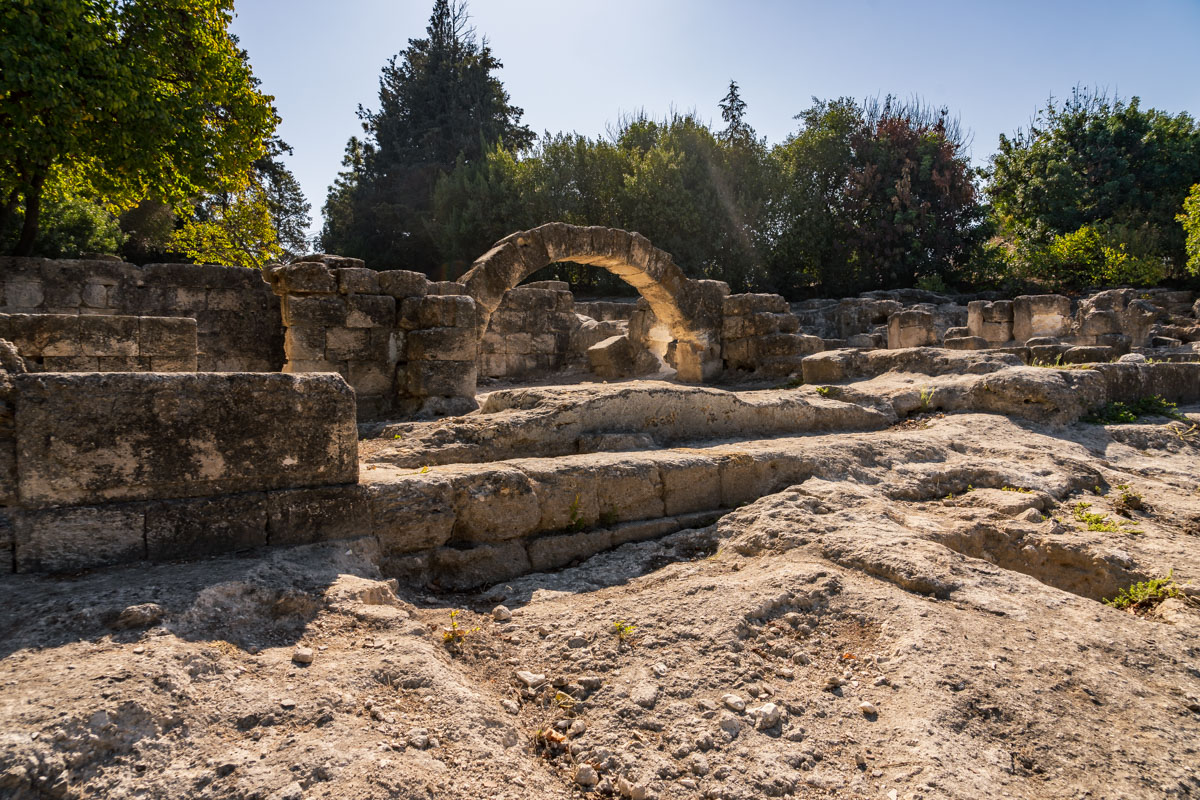 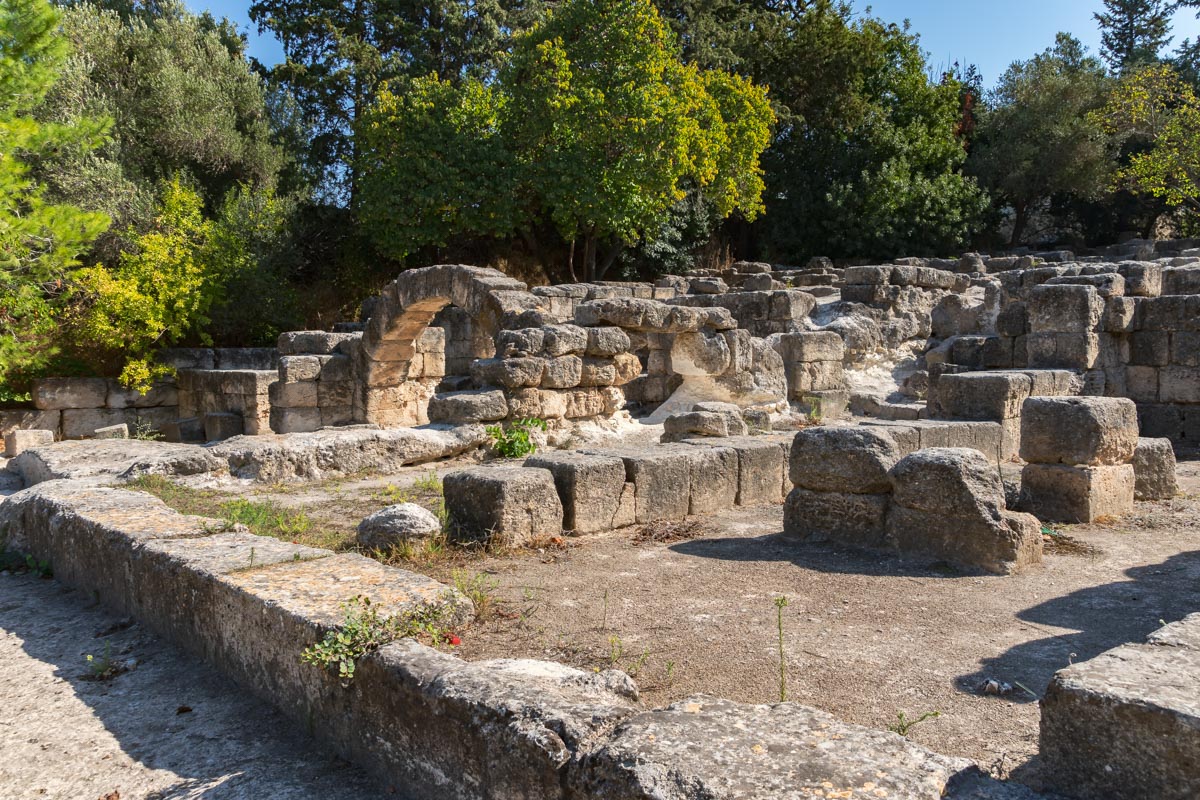 Bet She’arim is about an hour away by car from Tel Aviv – or a bit over half an hour from Haifa. I spent under an hour at the site, while a more thorough student of ancient history may find ways to extend their stay; there is a secondary site about a kilometer away called Menorah Caves – I had a thought of taking a look, but the path to it was barred.