The Bauhaus Movement of the first half of the 20th century left an indelible mark on Tel Aviv, as German and other European émigré artists applied the concepts of the modernist school during the growth of the young metropolis from 1933 onward. There are over four thousand examples of that school of architecture that comprise the World Heritage site.

These examples can be found throughout the city center practically on every street, so even if you keep just to the main squares and thoroughfares, you will still find them. For instance, one of the most fetching squares in town, Dizengoff Square, is surrounded by buildings that well illustrate the overall style, of which Hotel Cinema Esther is the most famous. 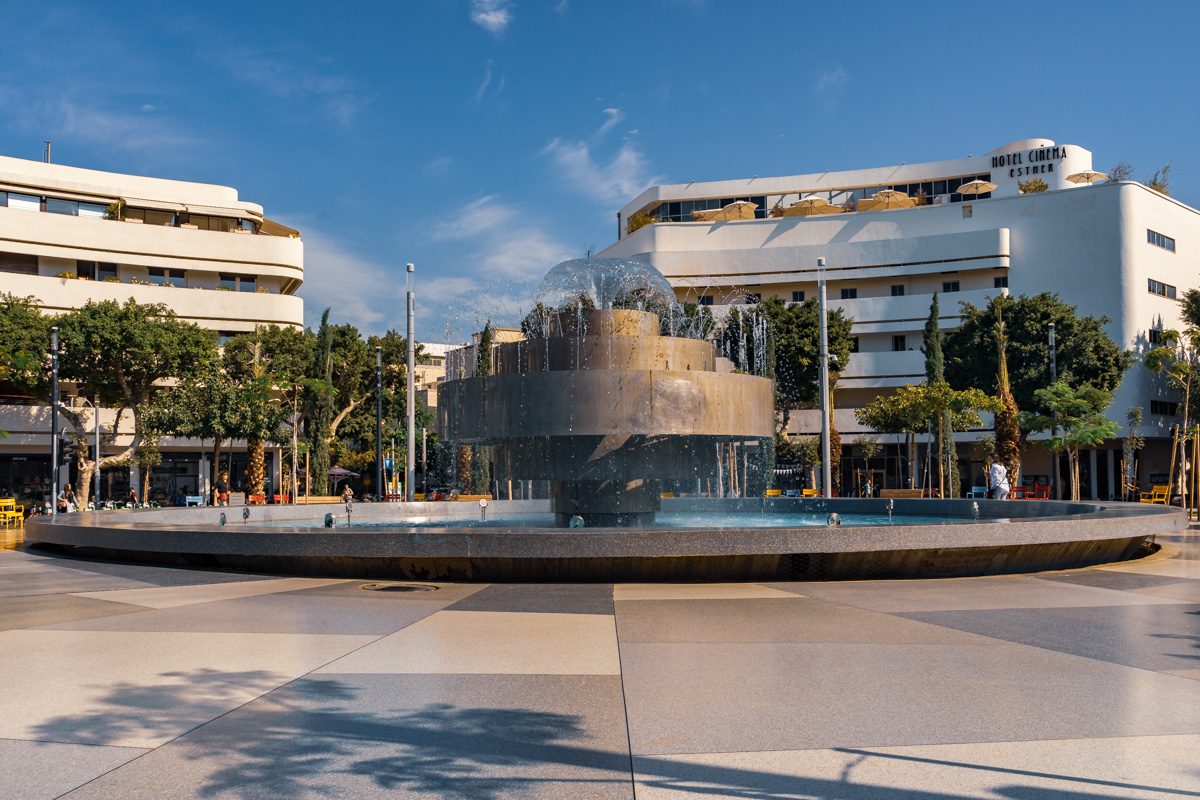 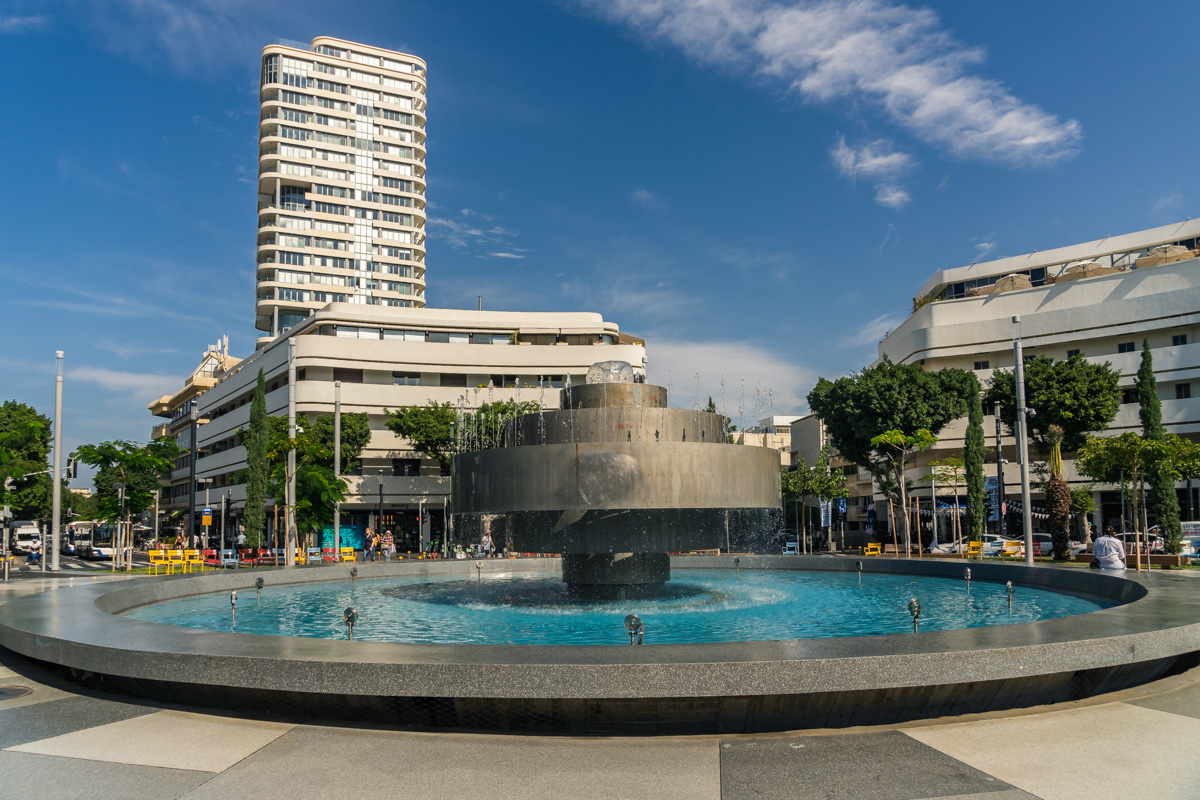 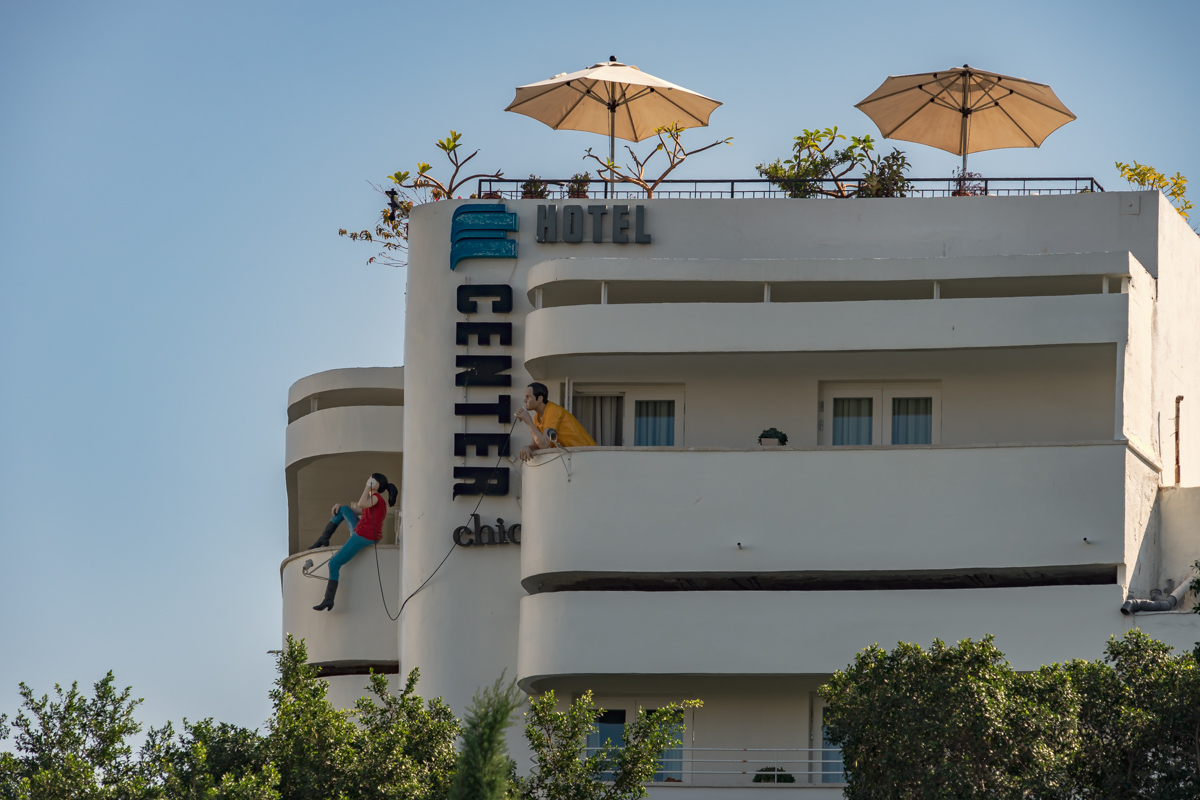 The quiet and somewhat hidden from the main routes Bialik Square is headlined by another gem, the Old City Hall. 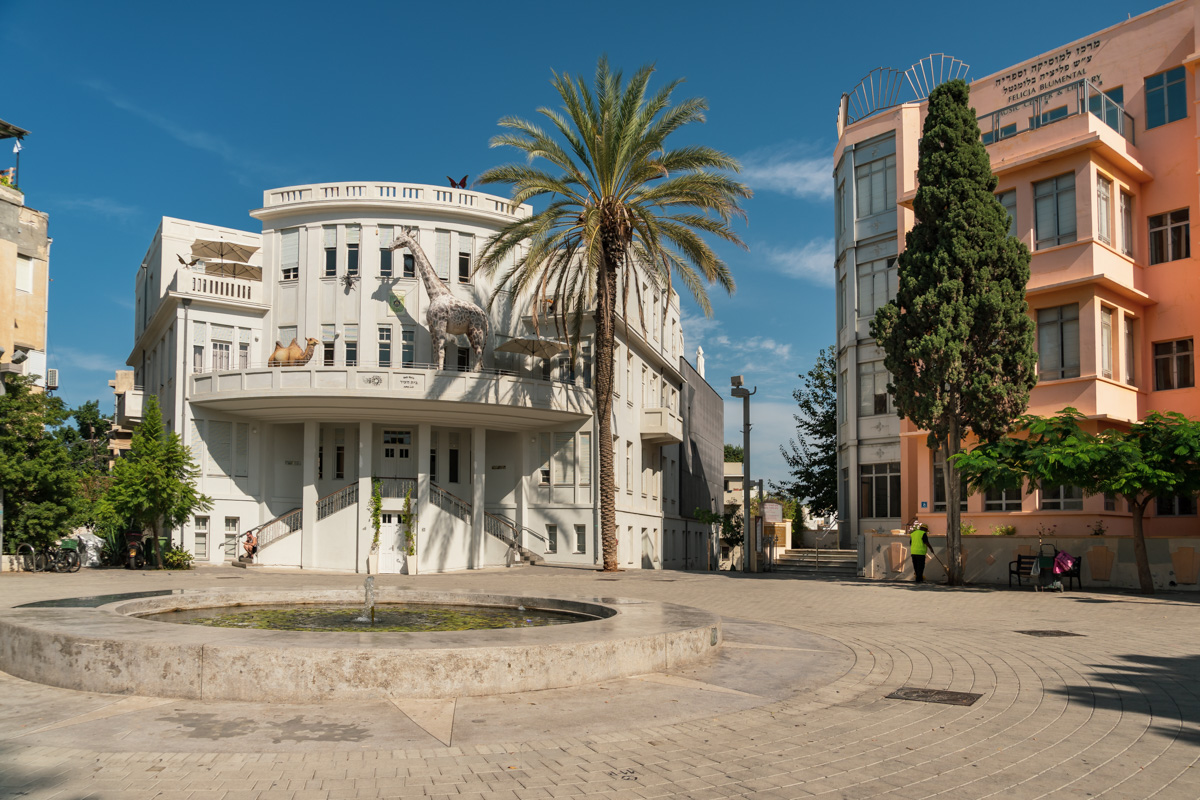 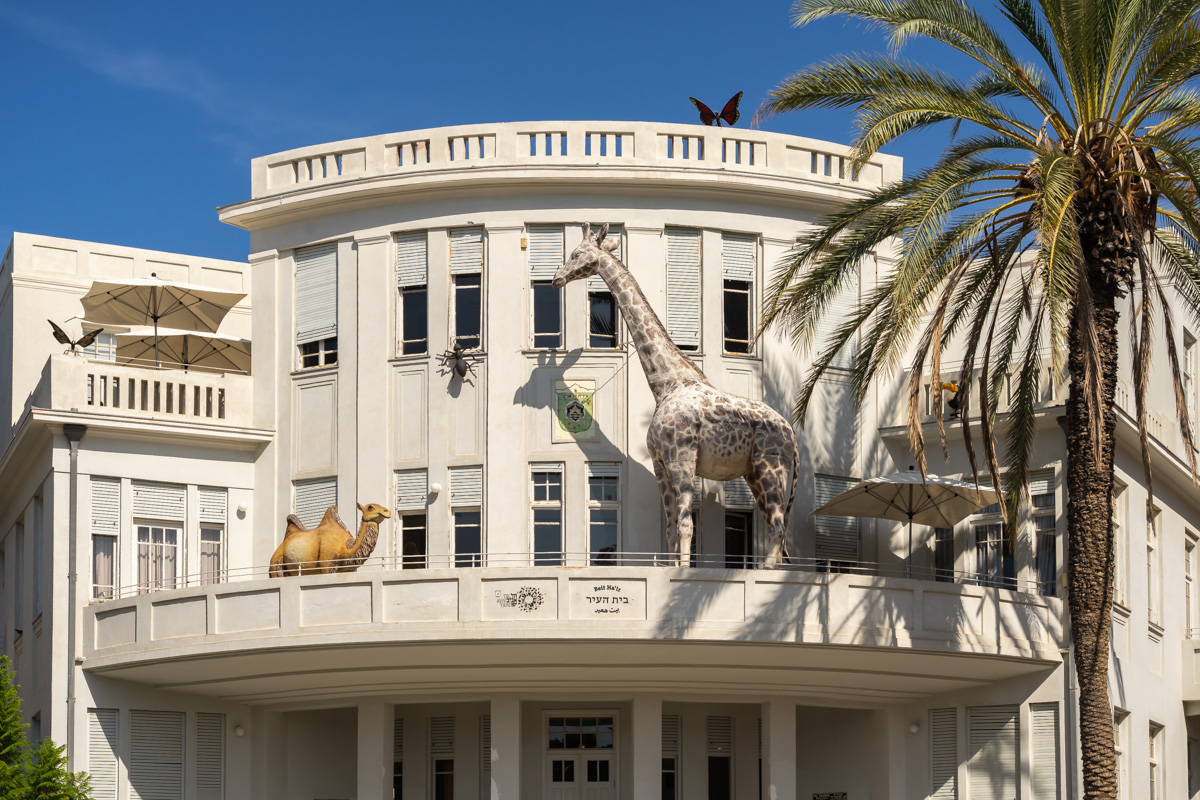 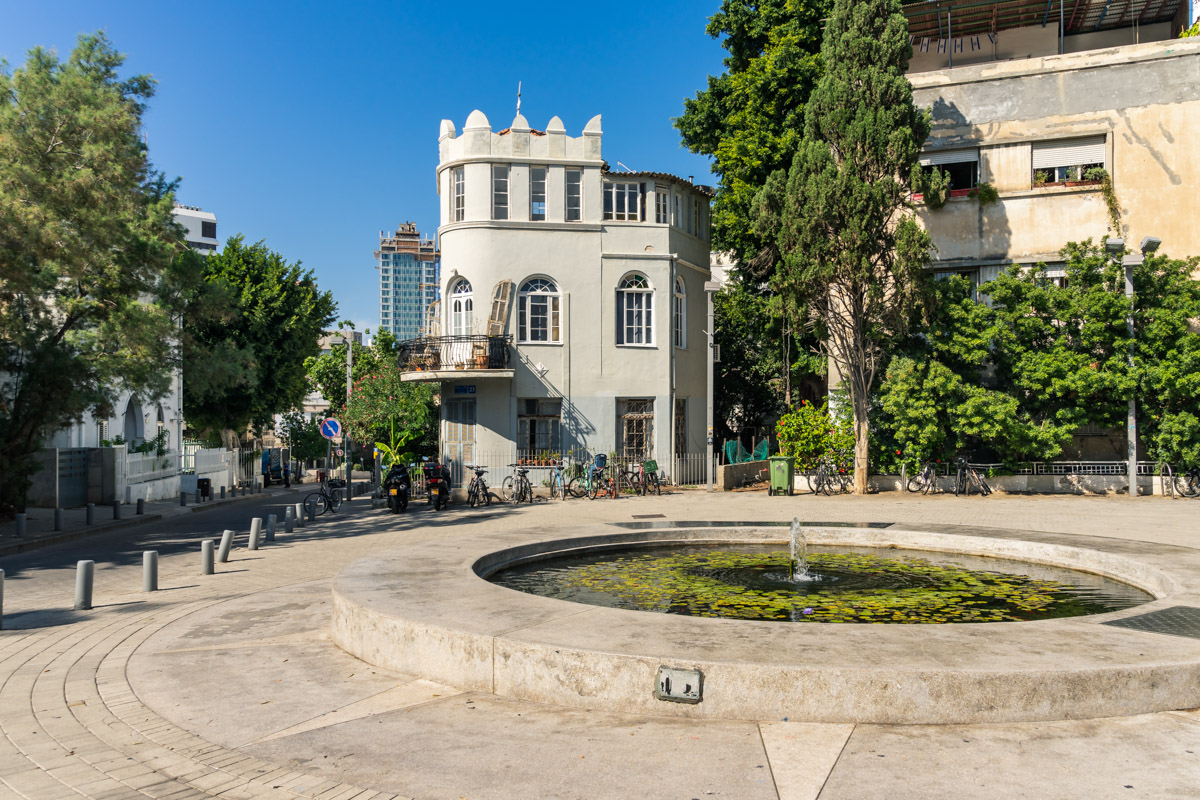 Rothschild Boulevard is another repository of White City specimen. 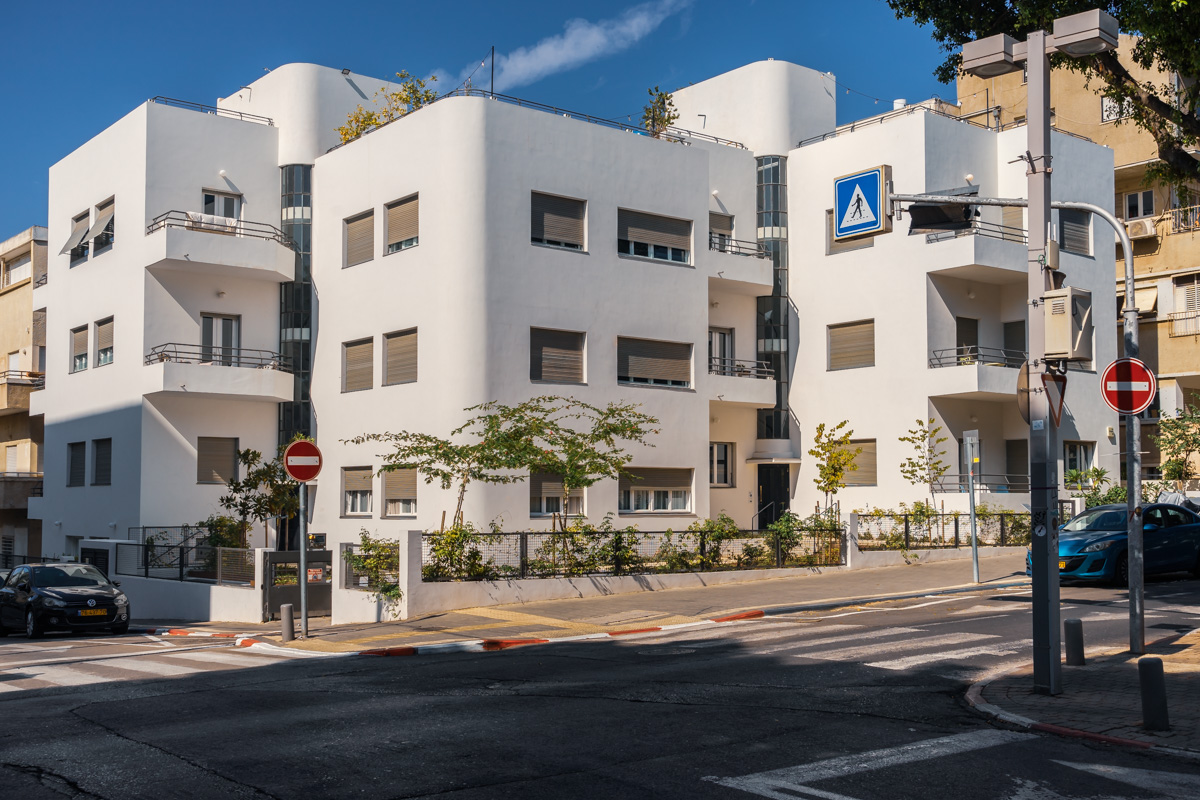 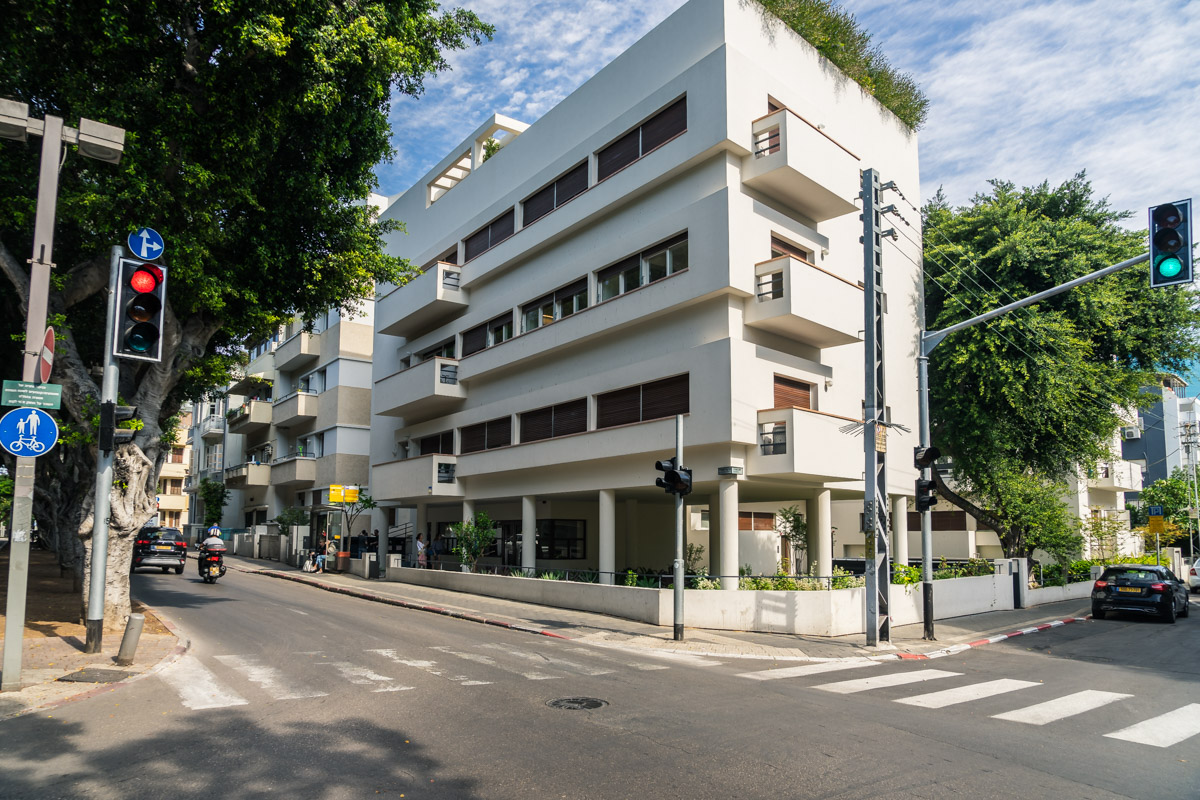 And here is one great example standing on one of the side streets. 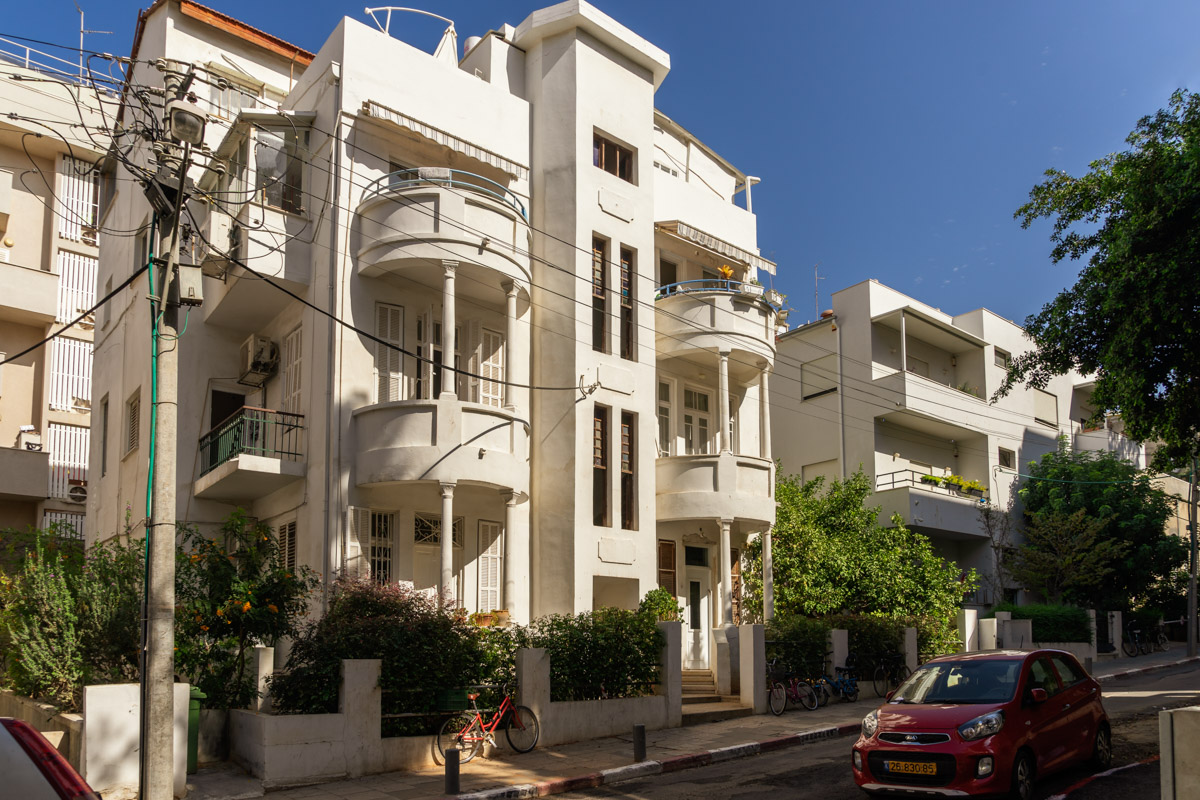 As I was reading up on the WH site before my visit, I found many references to the supposedly bad shape in which many of the historic houses currently find themselves. And yes, I saw some of that myself. 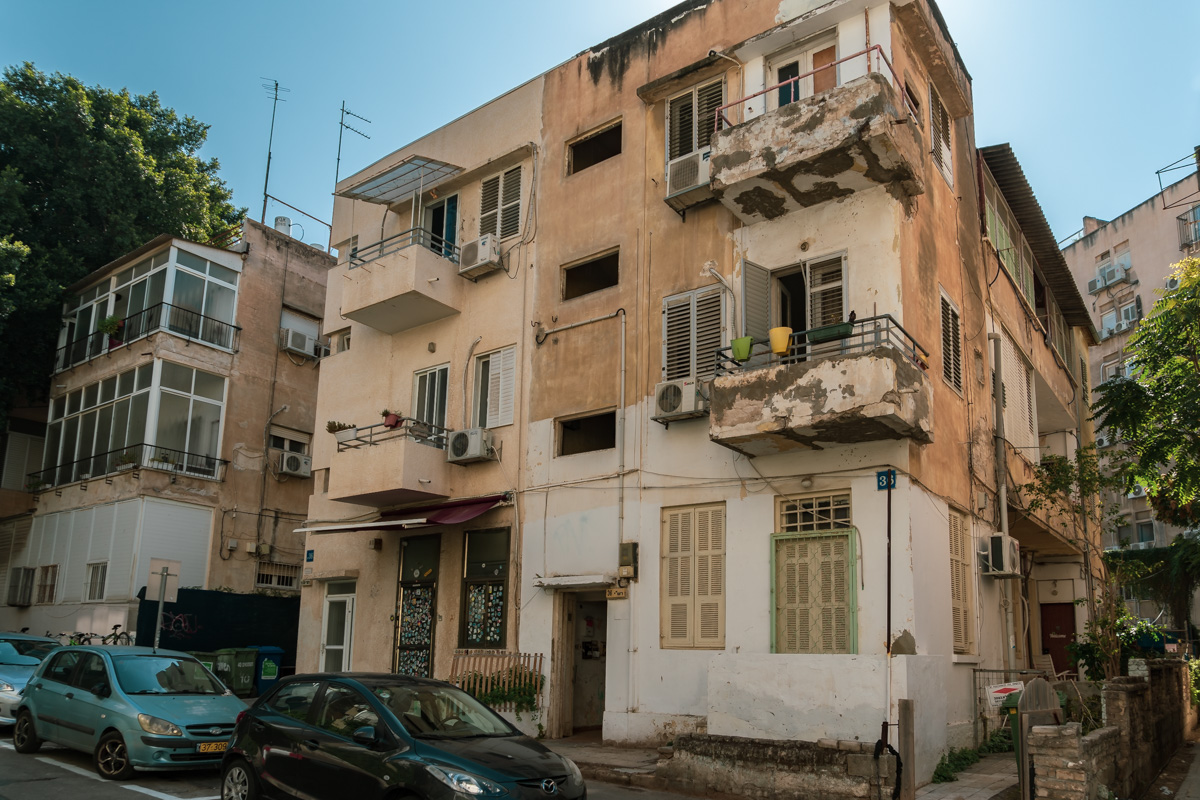 However, I did not find that to be the norm. In fact, in the process of geo-tagging these photos, I looked up locations on Google StreetView. Practically without fail, Google representations dated around 2015 show the buildings in a significantly worse shape than I found them in 2019. Something must be said about positive regeneration that’s been going on in the city lately.

It should be noted, nonetheless, that the White City is not a contiguous monument. As you walk around town, you will find quite a lot of regular streets and newer construction that sometimes organically and sometimes not exactly fits in and around this architectural collection. 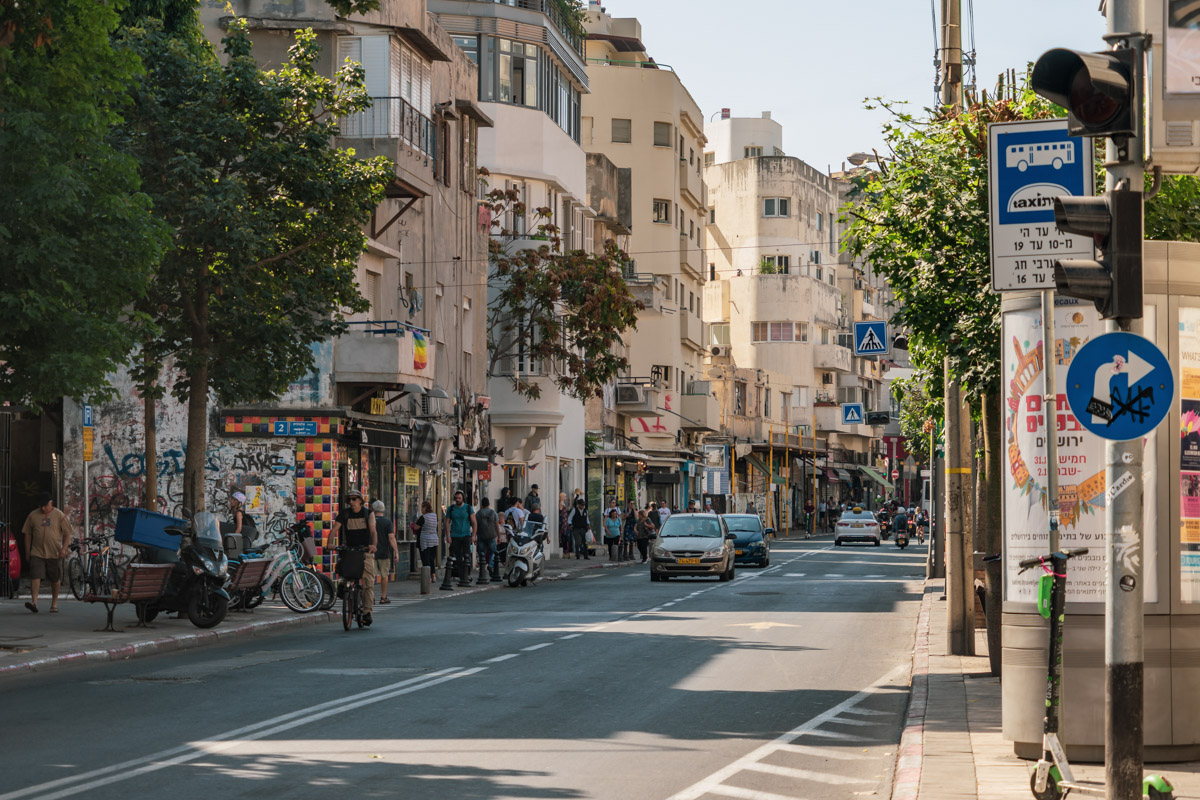 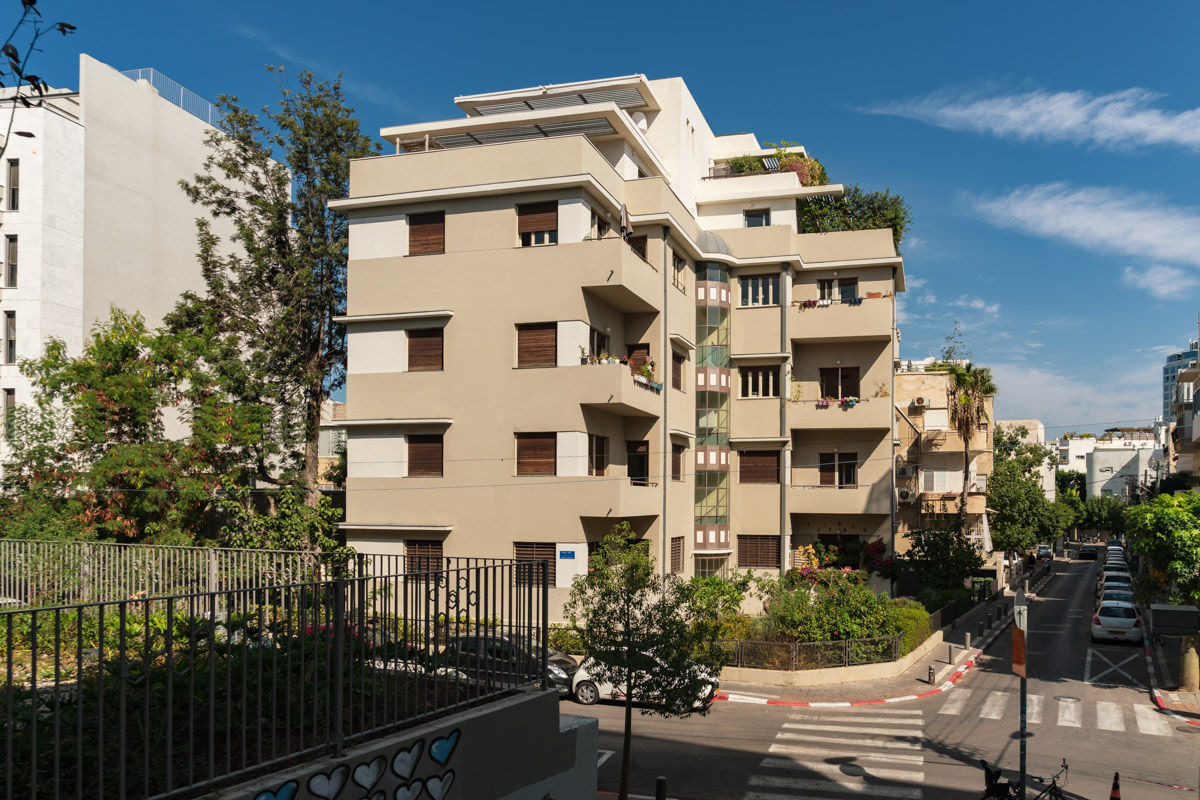 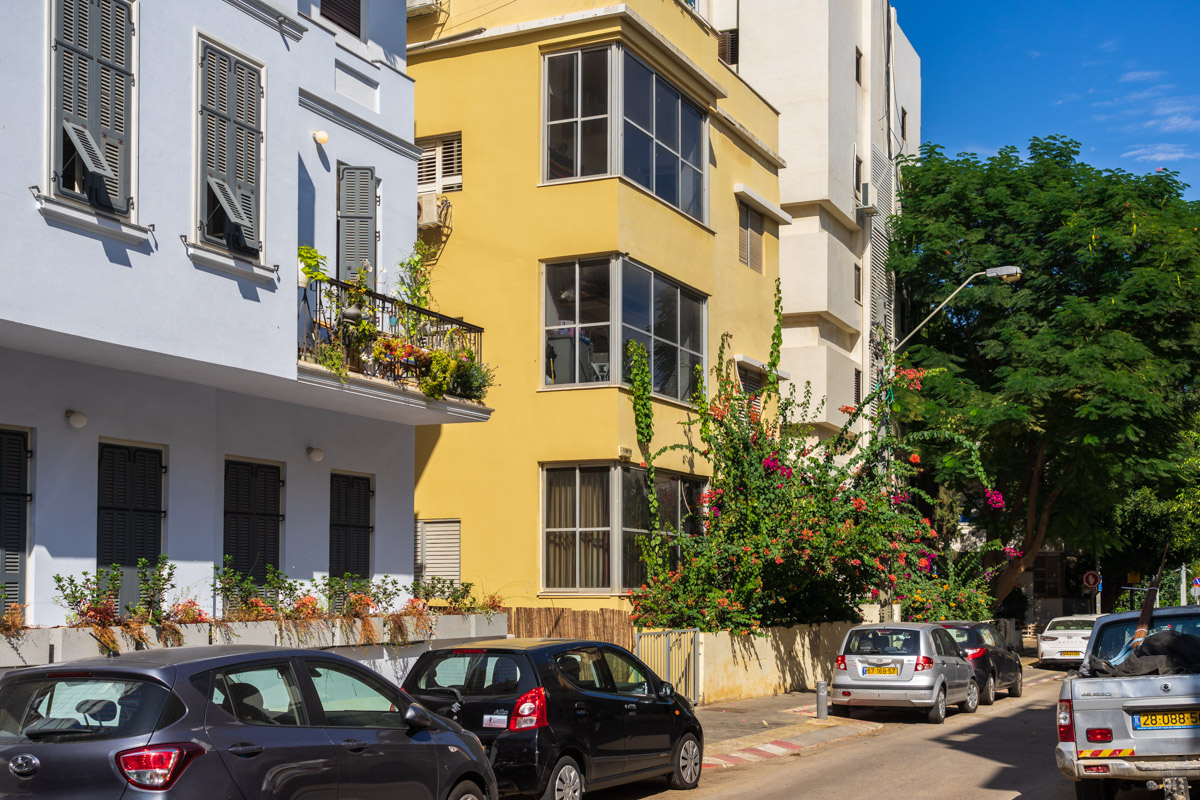 If you are taking a stroll around the City Center neighborhood of Tel Aviv, you cannot miss the White City buildings here or there, and will probably see enough of them after half an hour or so. There is the White City Center on Bialik Square (which is open on a very limited schedule a couple of times a week) and the Bauhaus Center Tel Aviv on Dizengoff Street that offer photo-galleries dedicated to the history of Tel Aviv construction, which may be worthwhile additions to seeing the buildings from the street level (I did not find either of them open when I was around).