On our last day of the Croatian itinerary, we rented a boat for a tour of Elafiti islands, off the Adriatic coast north of Dubrovnik.

We opted for a traditional Dalmatian boat, which afforded a private day-long arrangement at reasonable cost. The downside of that was the low speed at which we traversed the sea. The speedier vessels manage to visit all three major islands of the archipelago, whereas our itinerary excluded the biggest and the farthest island of Šipan (admittedly, nobody ever suggests that it is a must to visit). We made a couple of swimming stops by the caves on Koločep, and then explored Lopud to a certain degree.

The camera stayed in the bag during those swimming stops, so I cannot show you the gorgeous Blue Cave or the varied in appearances Three Caves. I took assorted pictures of the islands’ coastal features, of which here is a small selection. 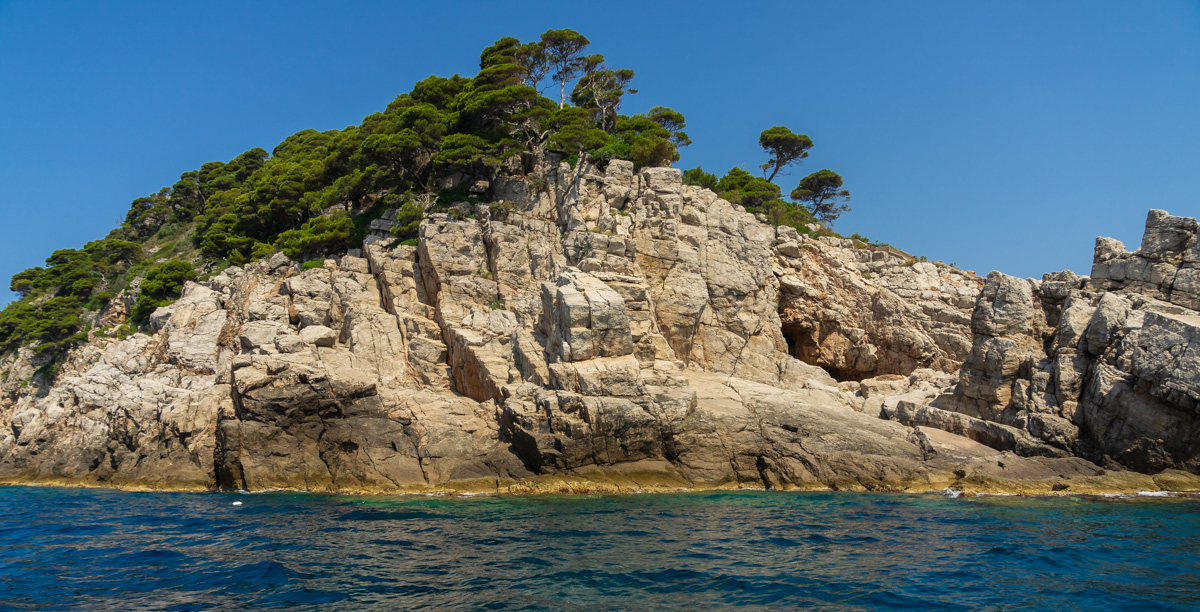 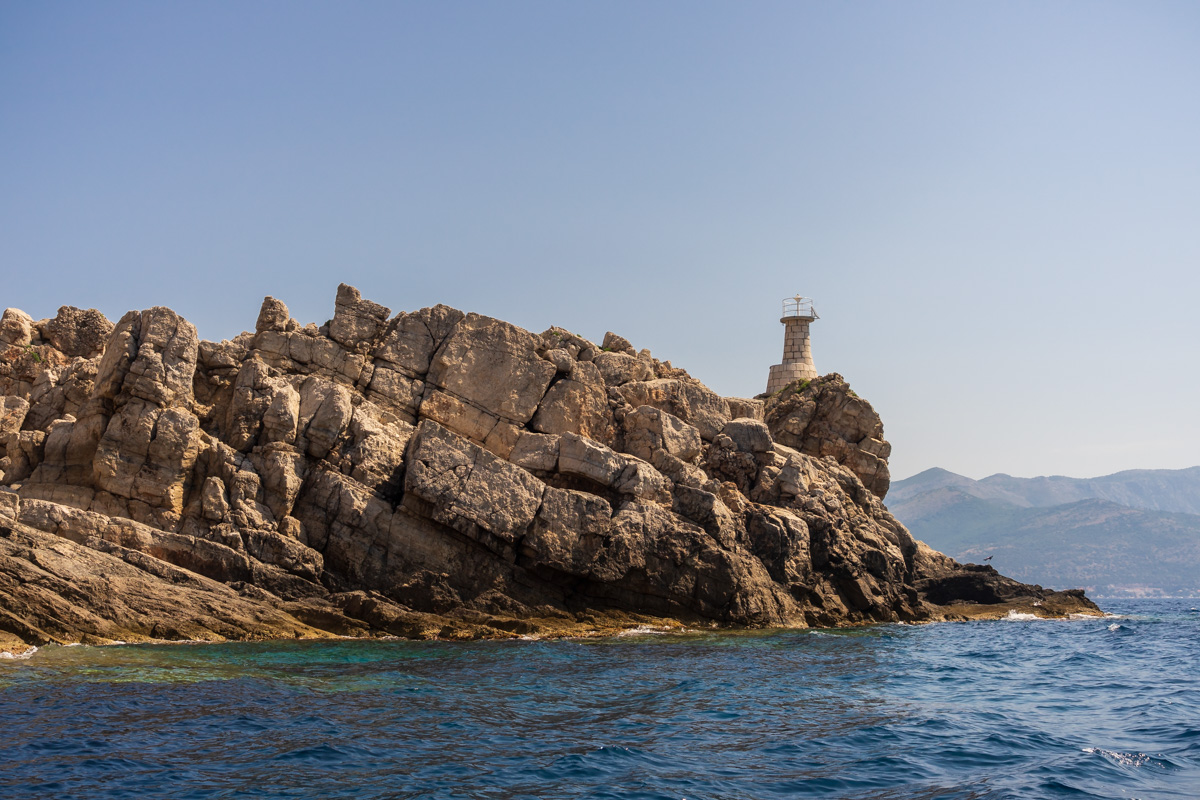 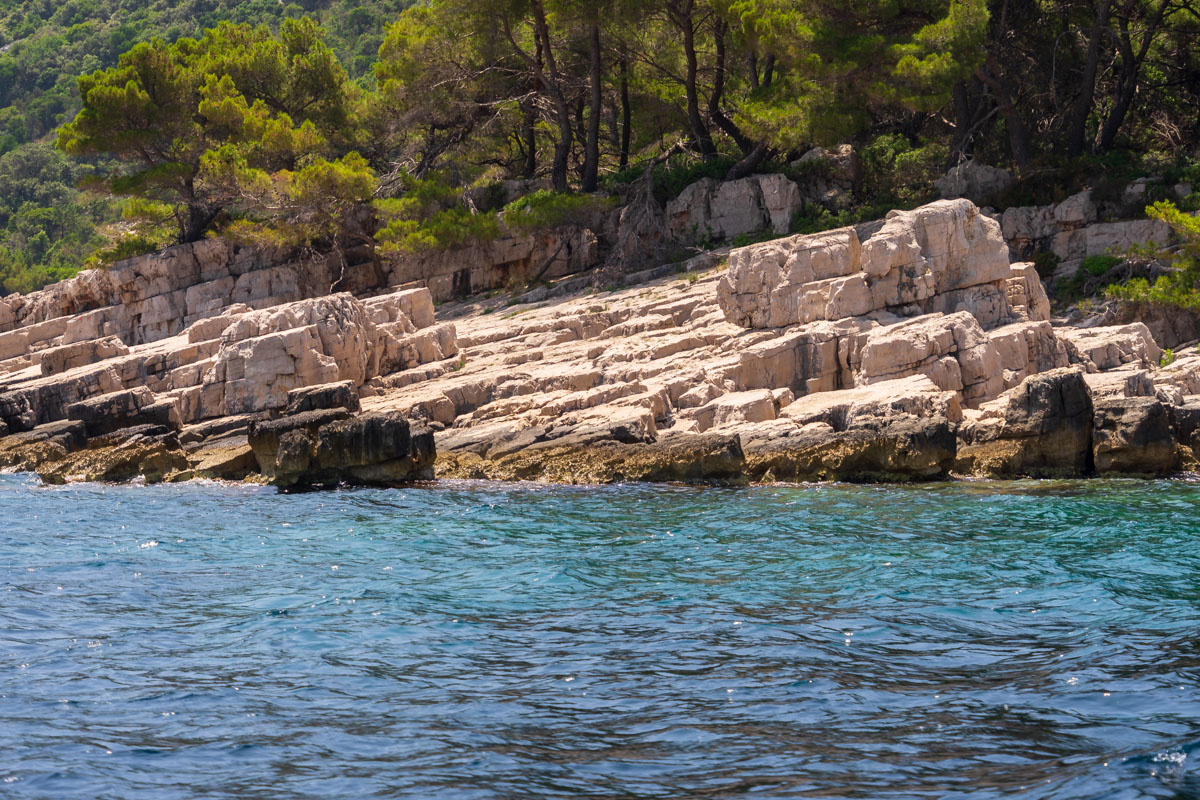 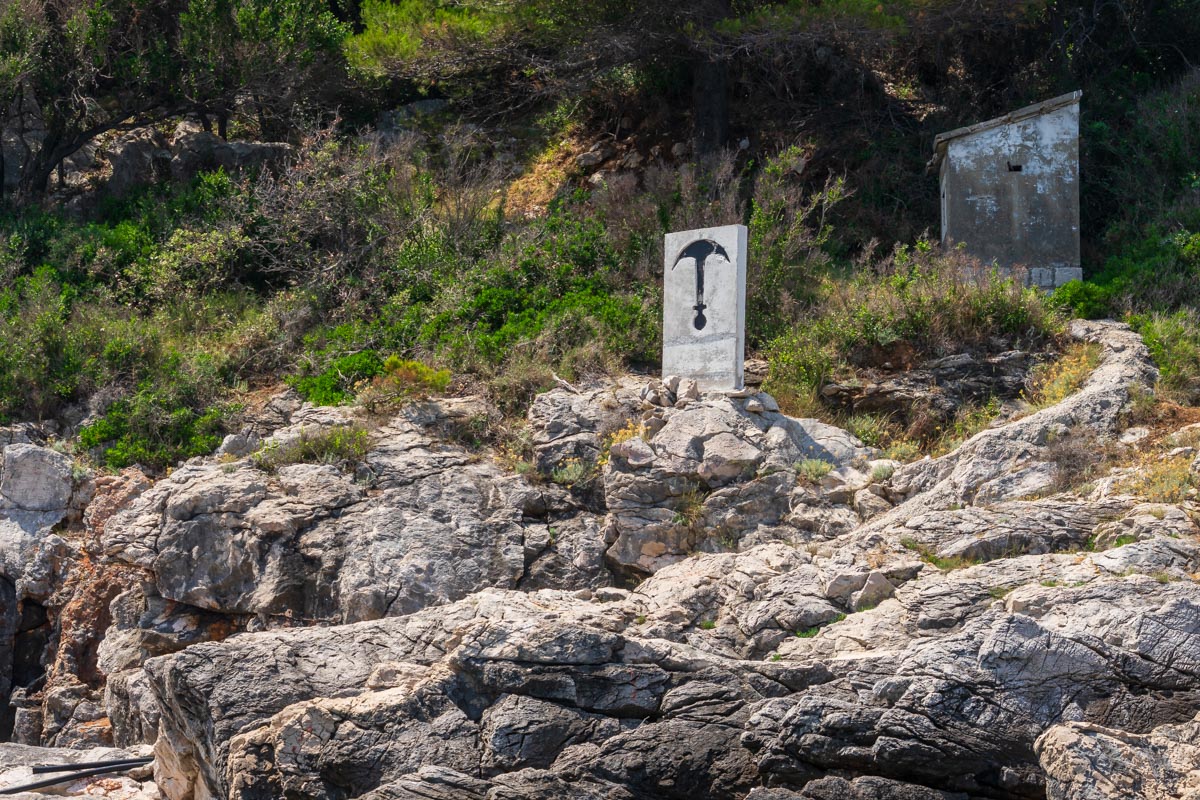 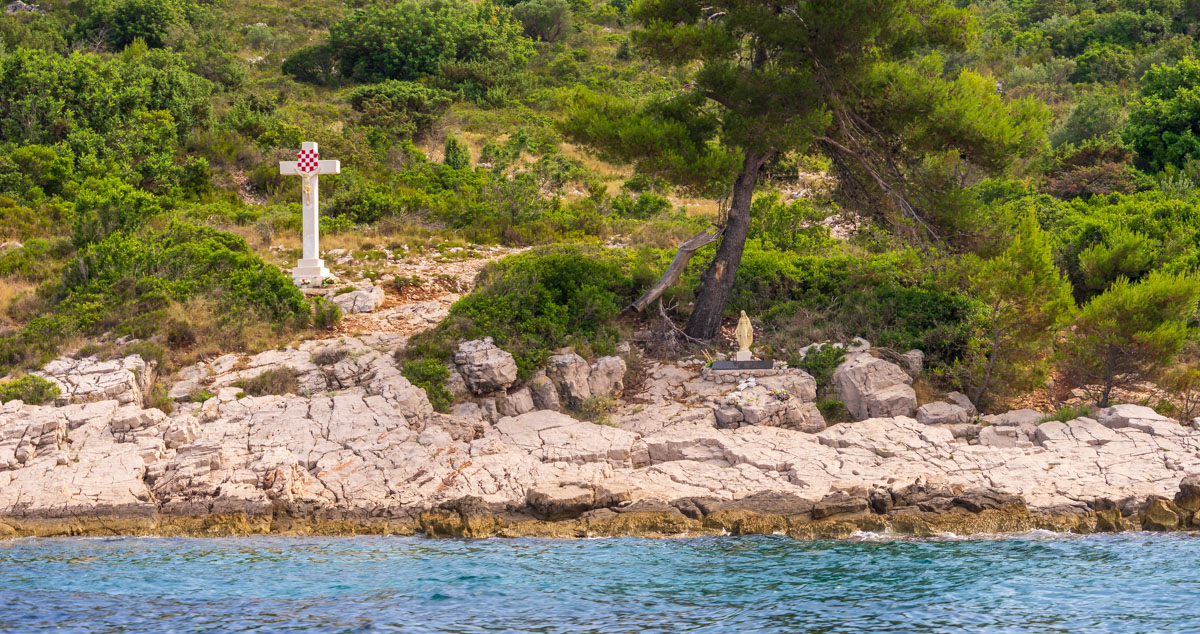 As we approached the main harbor of the island of Lopud, some of the features hinting at permanent human presence started to appear. 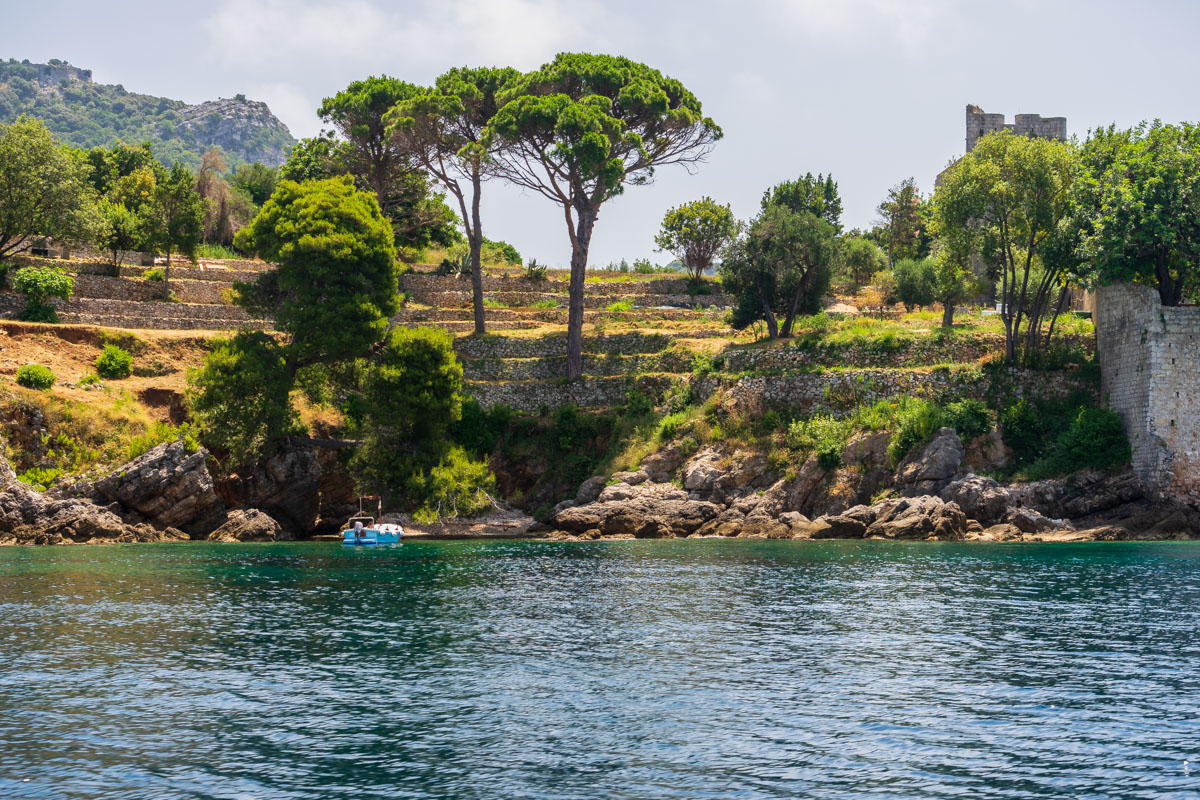 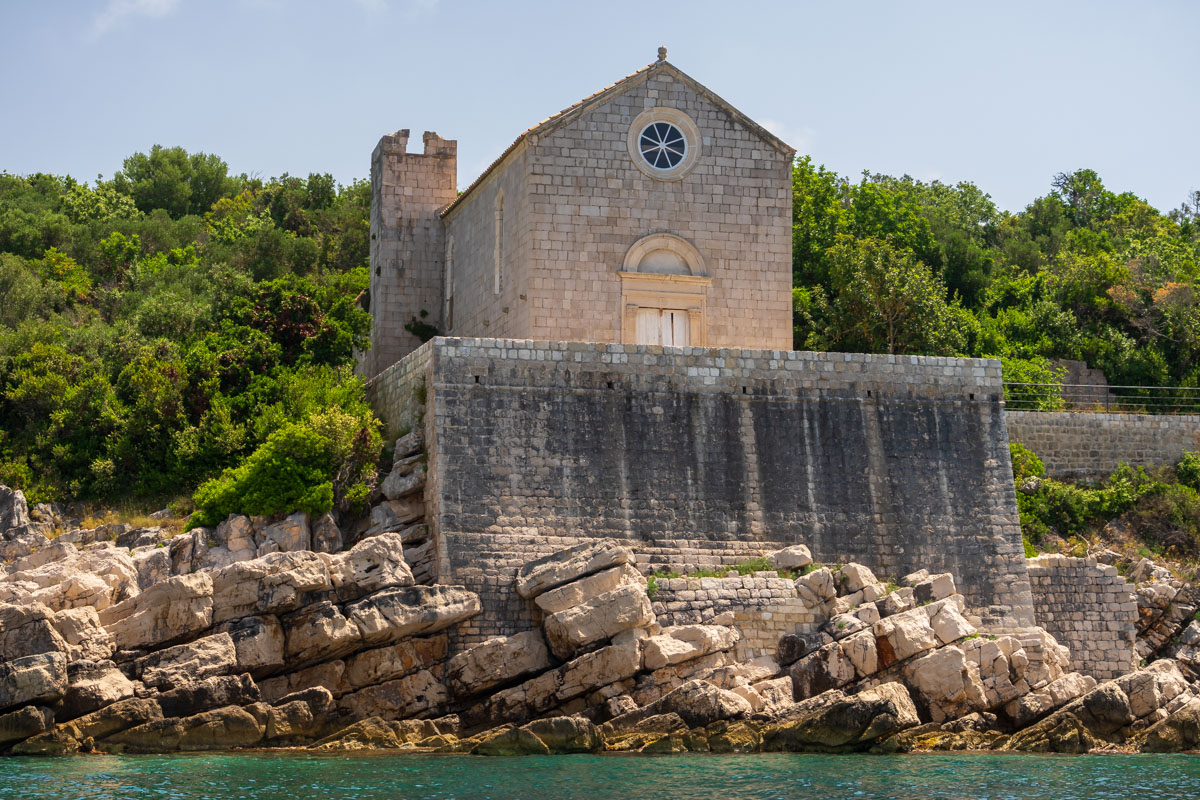 And here are the fragments and perspectives of Lopud harbor. 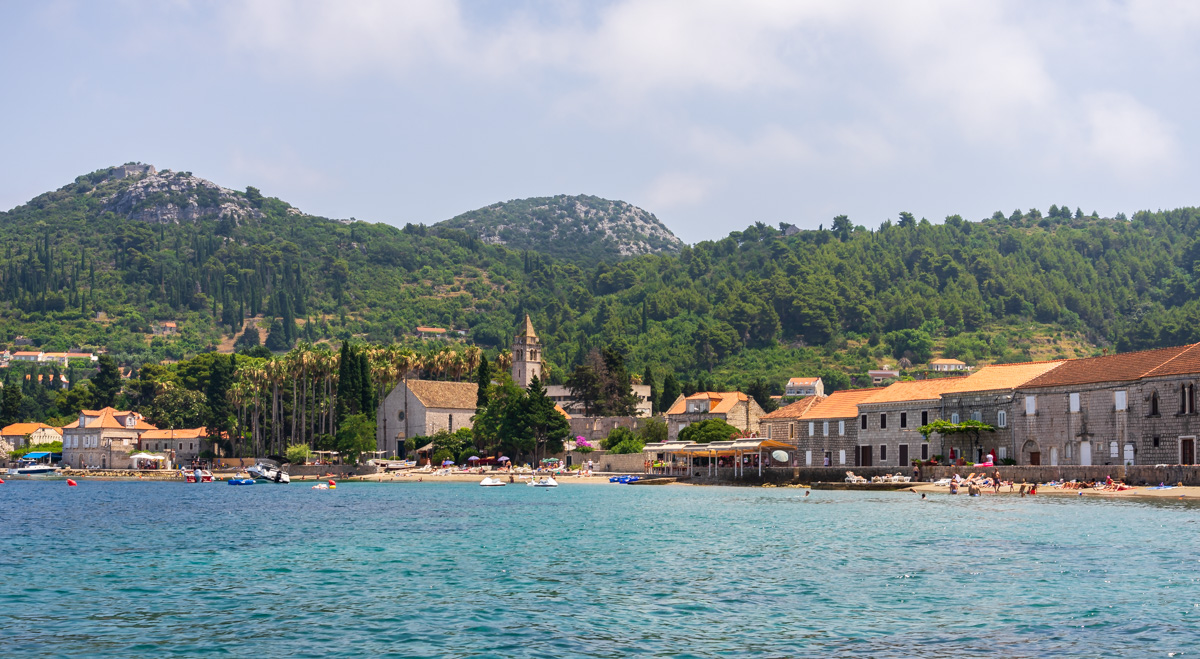 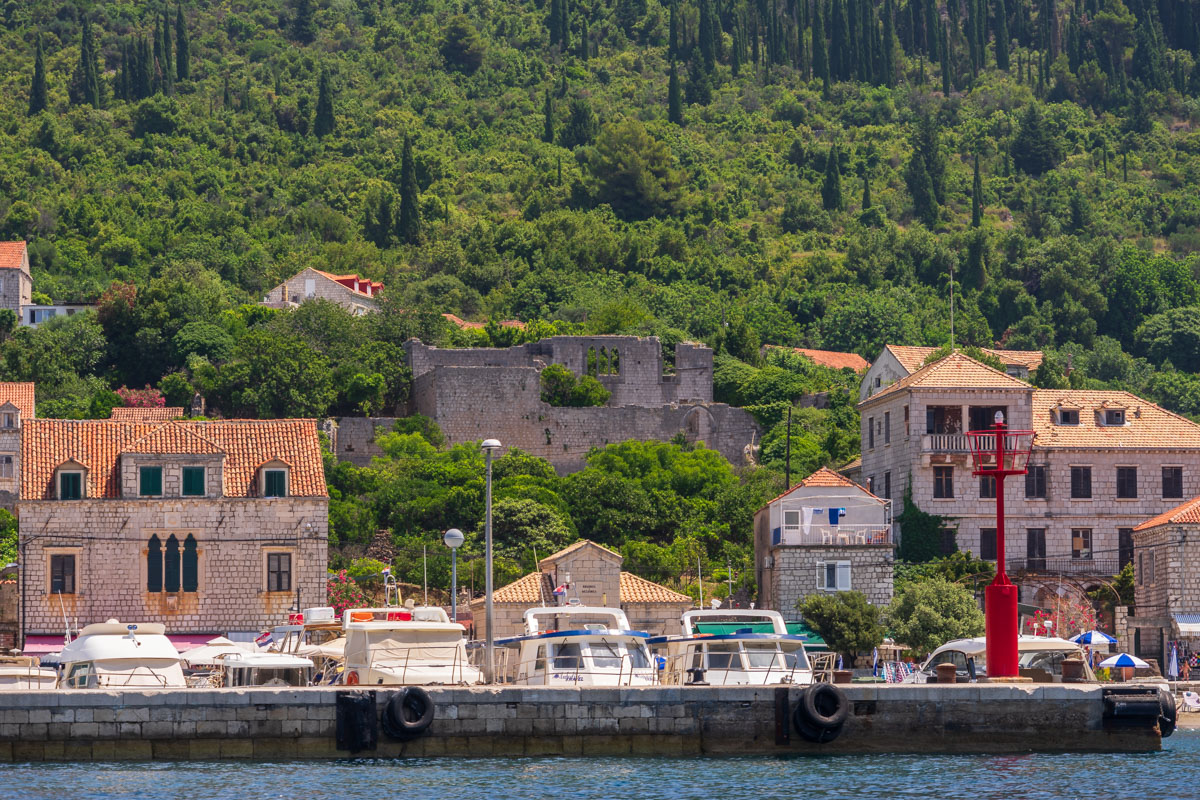 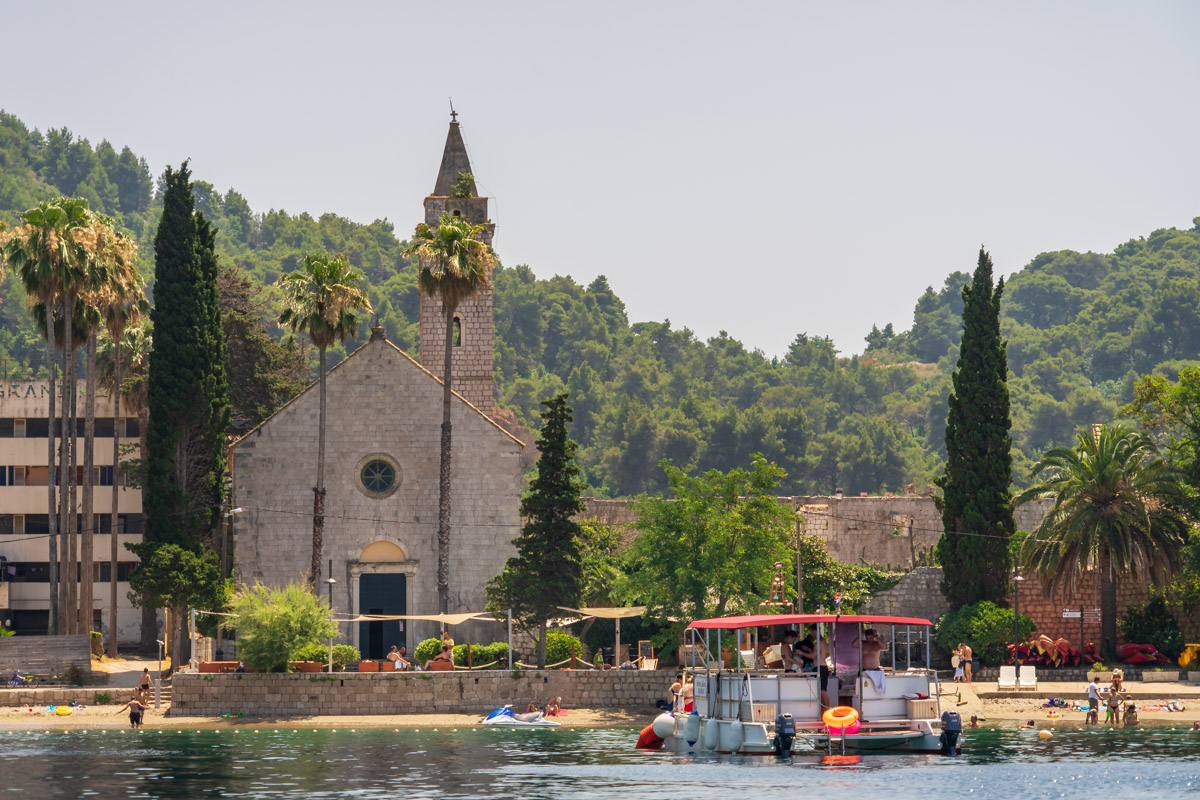 A veritable slice of paradise, Lopud village is as close to being an unspoiled sunspot as you can find anywhere in Europe. Although all major resort attributes are found along the crescent – including great eateries, a few specialty shops, a couple of minor non-beach points of interest, and a large modern hotel – its relative remoteness and limited transport links to the mainland mean that even in high season it remains relatively uncrowded. 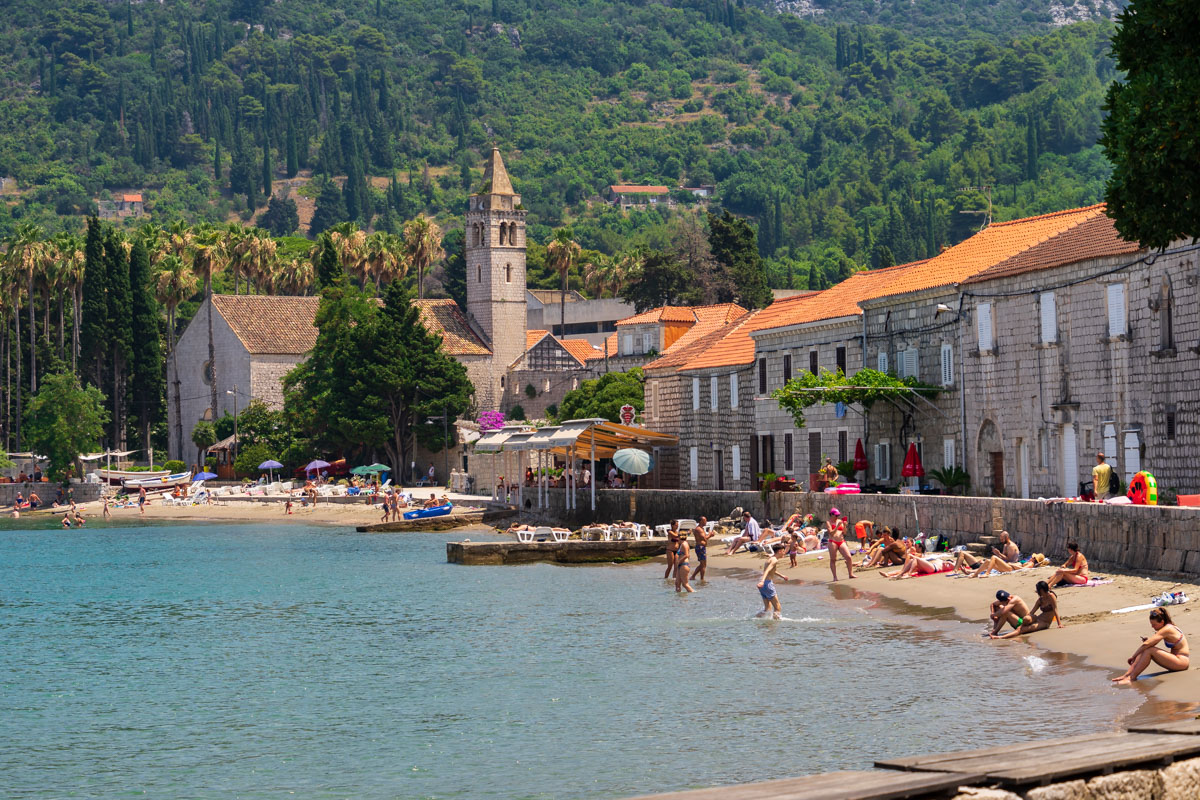 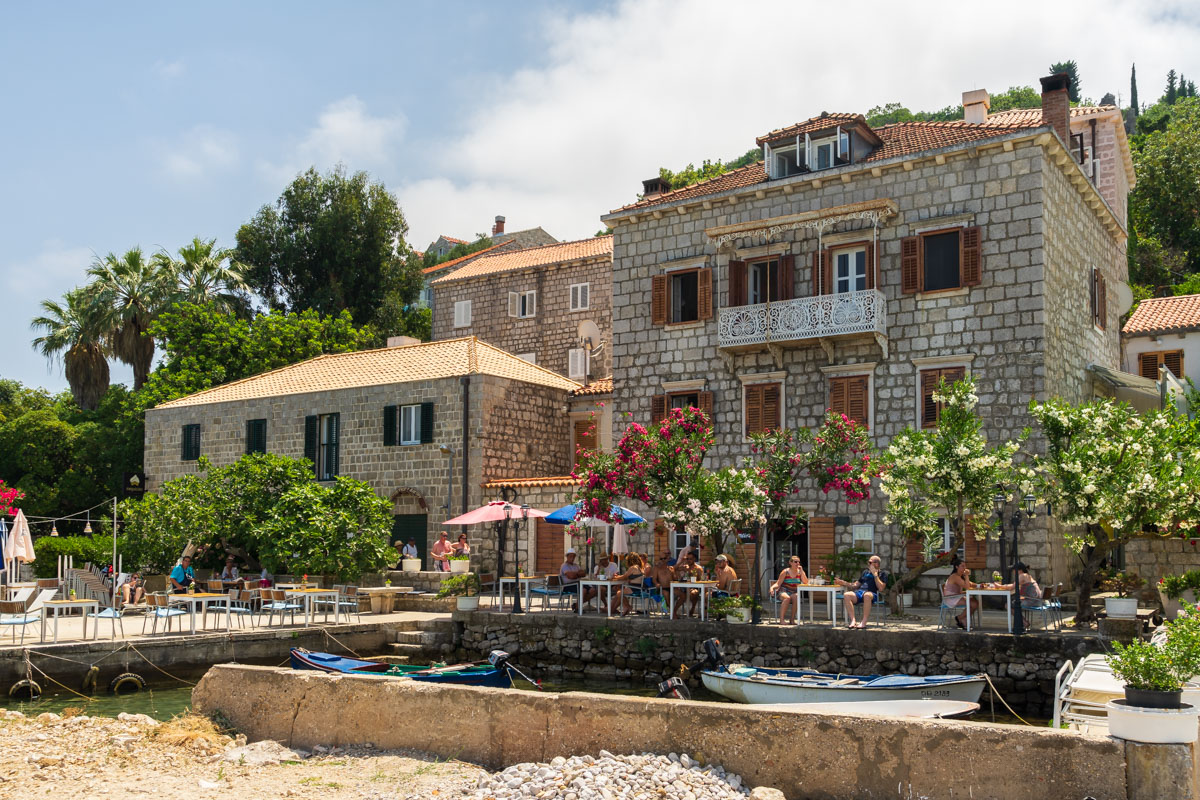 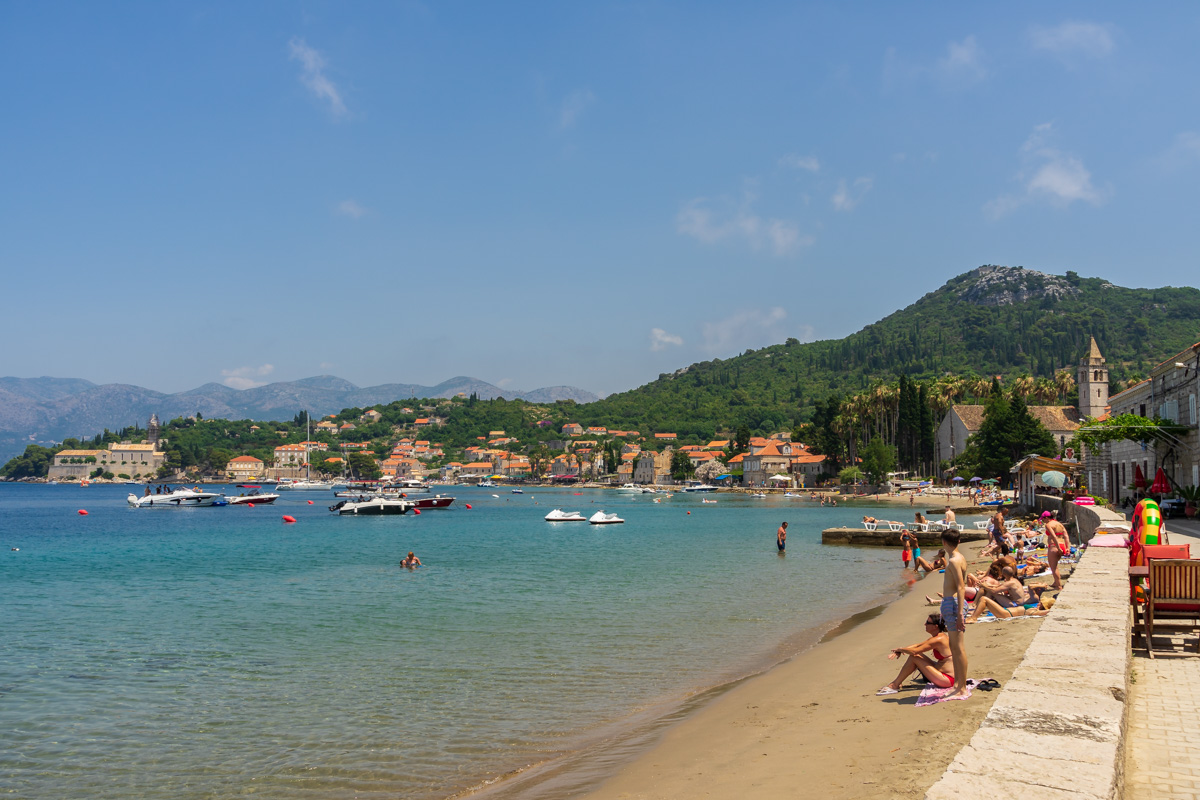 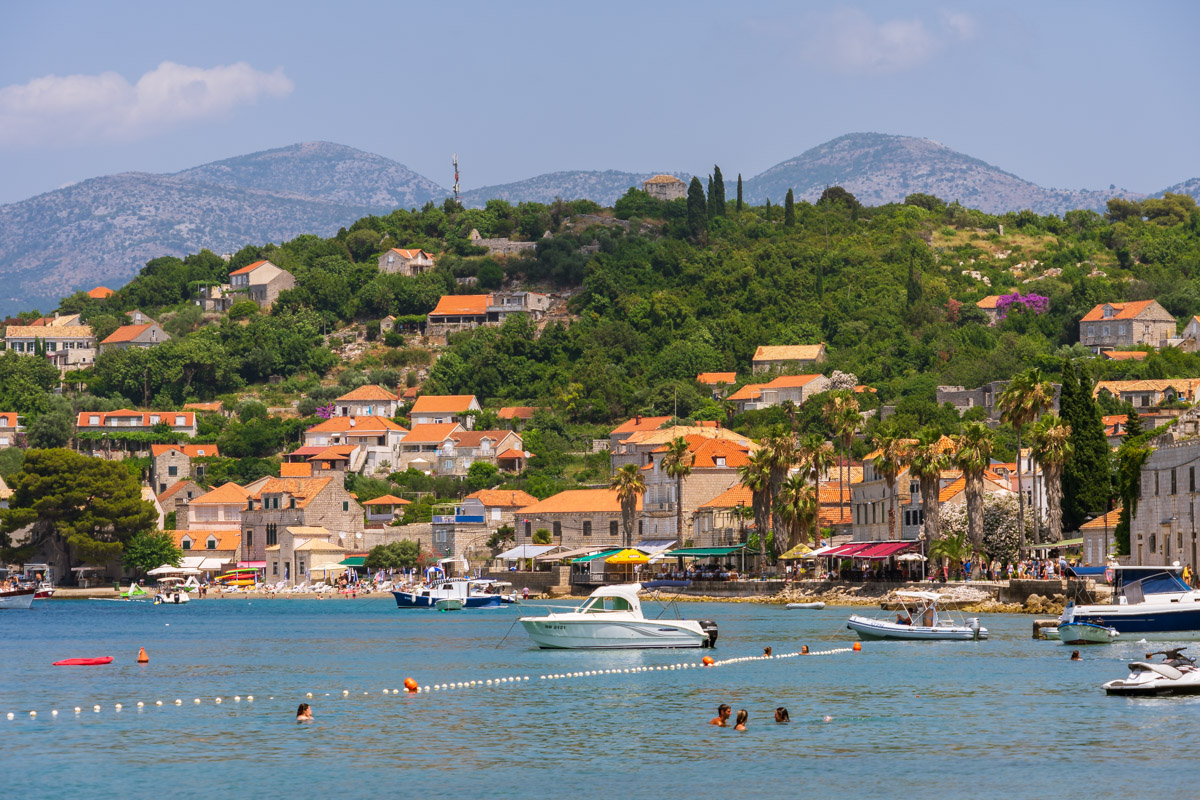 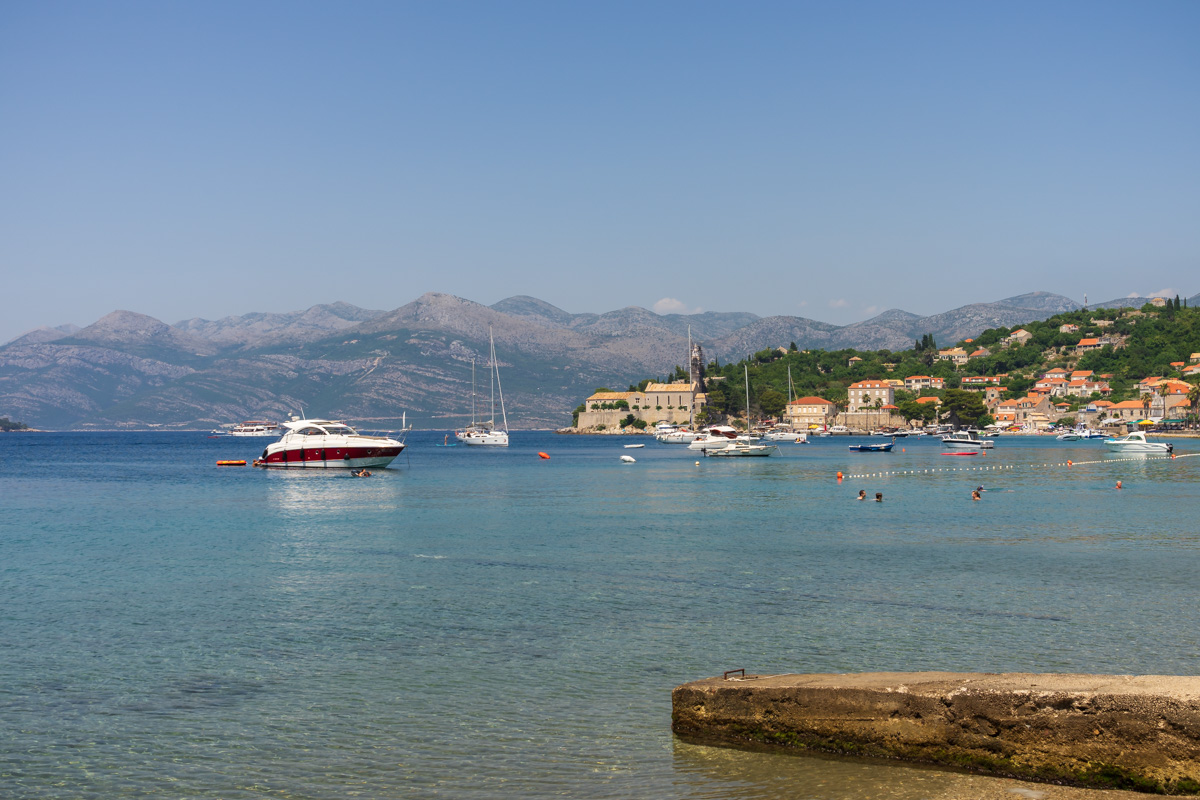 Kind of to underscore the backwater nature of this place, here is a picture of one of its still operational public phones. There was a dial tone – I checked. 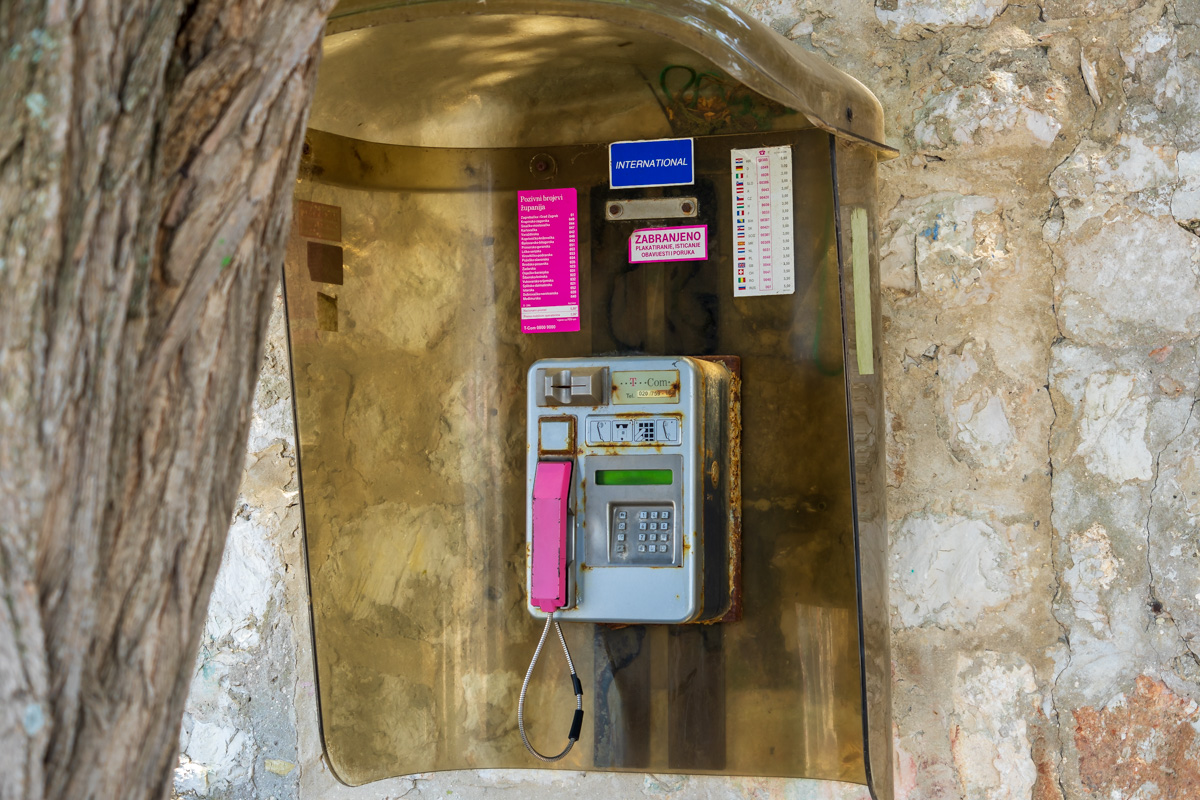 The beach seen in these pictures is not the main beach of the island of Lopud. That would be Sunj beach on the other side of the island – undoubtedly one of the best beaches in all of Croatia if not the entire Adriatic. Sunj is reachable via a golf-cart taxi service from the Lopud village; it is a bit of a racket, given the alternative of walking a couple of kilometers over the hills under the hot sun. The other alternative to reach it is by boat. Reach it you must, although I cannot offer any pictorials to strengthen that recommendation.

Back to Lopud harbor, visiting boats cannot stay parked at the pier and need to drop anchors some distance from the shore. A communal shuttle system, operated by locals together with visitors, connects anchored vessels with the beach. The shuttles are also handy to return a stray float that attempted to be blown out to sea to its slightly embarrassed little owner. 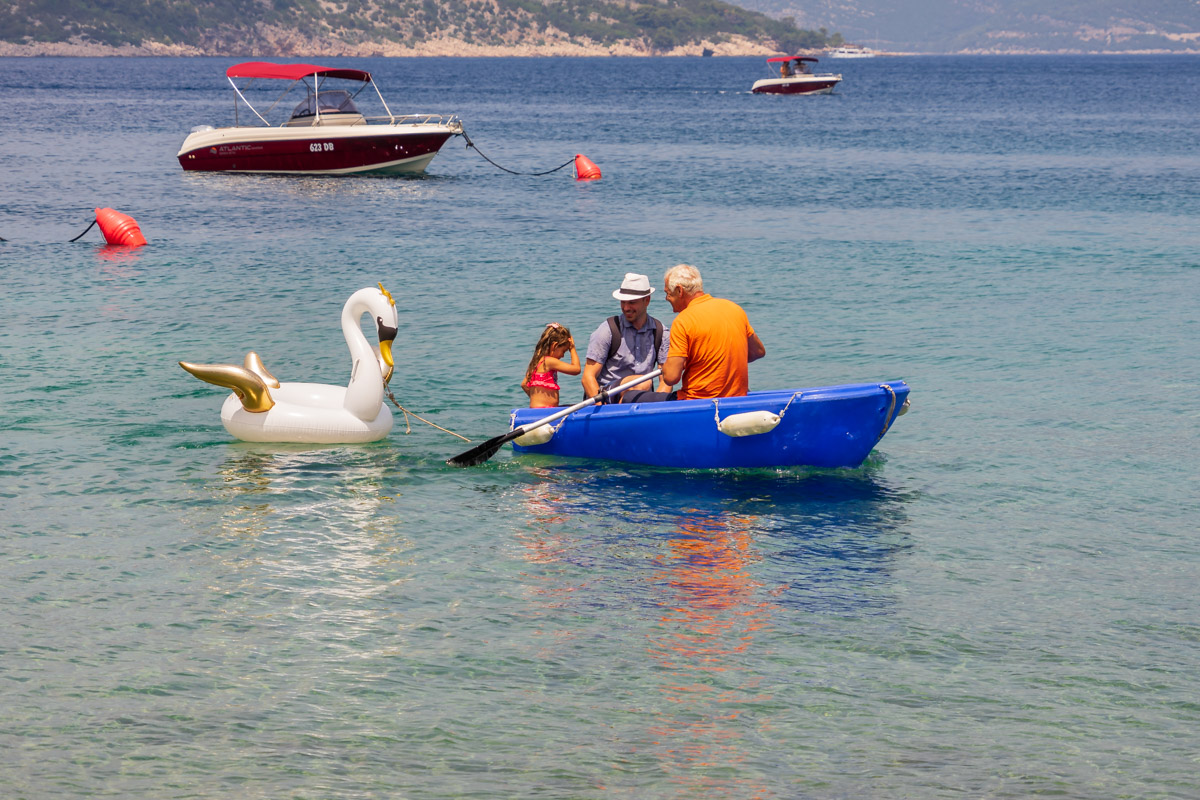 Our stop on Lopud lasted over three hours, including an unhurried meal at a local establishment. This was the fresh catch on offer… 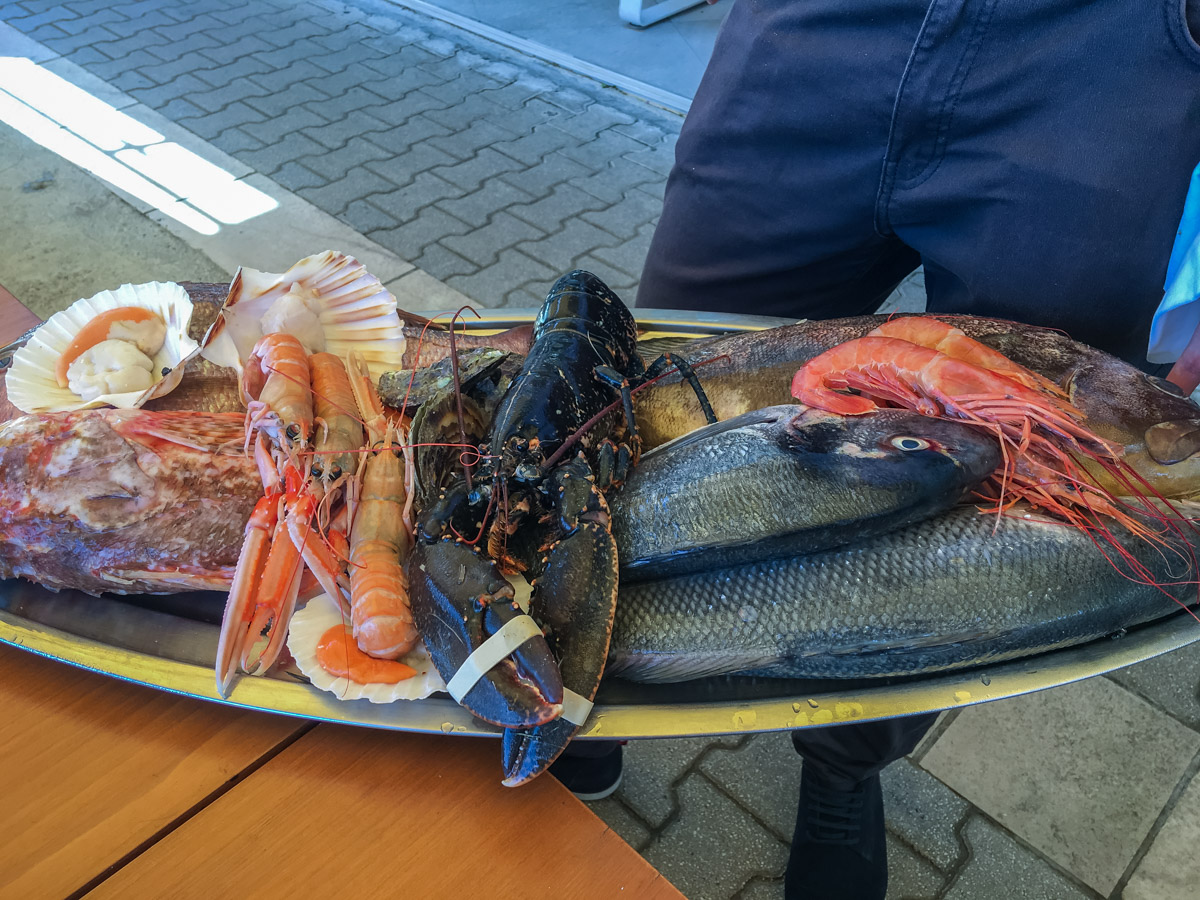 … and this was my focus for most of the meal. 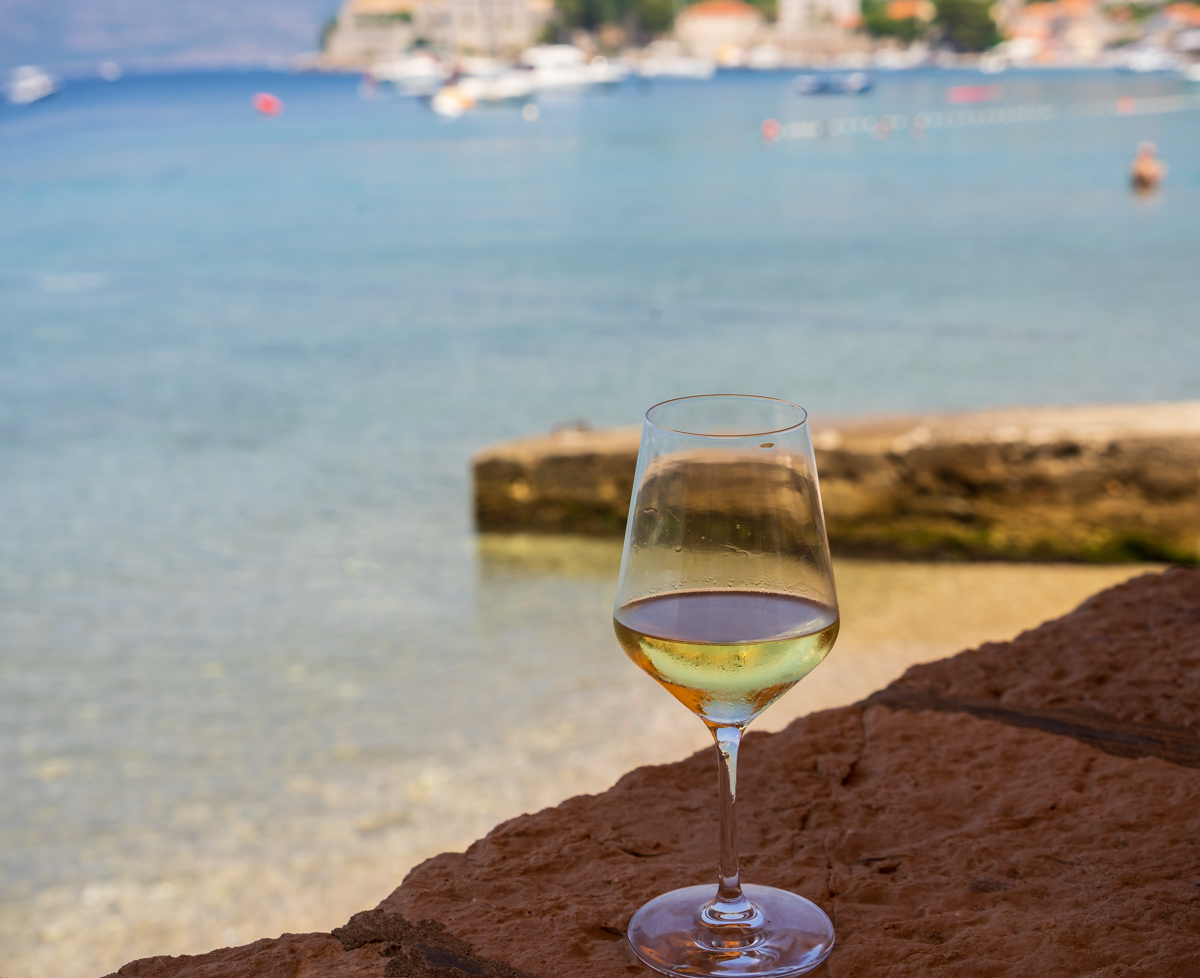 And with that, we said goodbye to our Croatian adventure!