Krka National Park was not in our original plans. Just like the vast majority of first-time visitors to Croatia, we instead planned on visiting the much more famous Plitvice National Park (even bought tickets online in advance). The latter, however, is two-and-a-half-hour drive away from Split, where we made our first base. When our outbound flight cancellation caused us to lose a day of the overall itinerary as well as added a 3-hour-plus drive from Dubrovnik to Split upon arrival, we decided that taking a long drive to Plitvice would be an overexertion. Especially as Krka was only about an hour away, had an added attraction of allowing people to swim by the waterfall (no such opportunity at Plitvice), and its lower profile promised that it would be less crowded.

It was still pretty crowded for my taste, which suggests – without any formal evidence, I admit – that Plitvice must have been insanely packed on the same day. I suspect that there may be a superior grade of natural beauty that we missed by not going to Plitvice (not to mention the fact that I swapped a World Heritage site for a non-WH destination), but Krka is still an amazingly beautiful natural phenomenon.

The overall park is huge, but its most popular waterfalls area is a not too taxing two-kilometer circuit along a fairly flat route. The first section of it is mostly small lakes and pools and minor cascades that remain quite serene even in the face of hundreds of visitors. 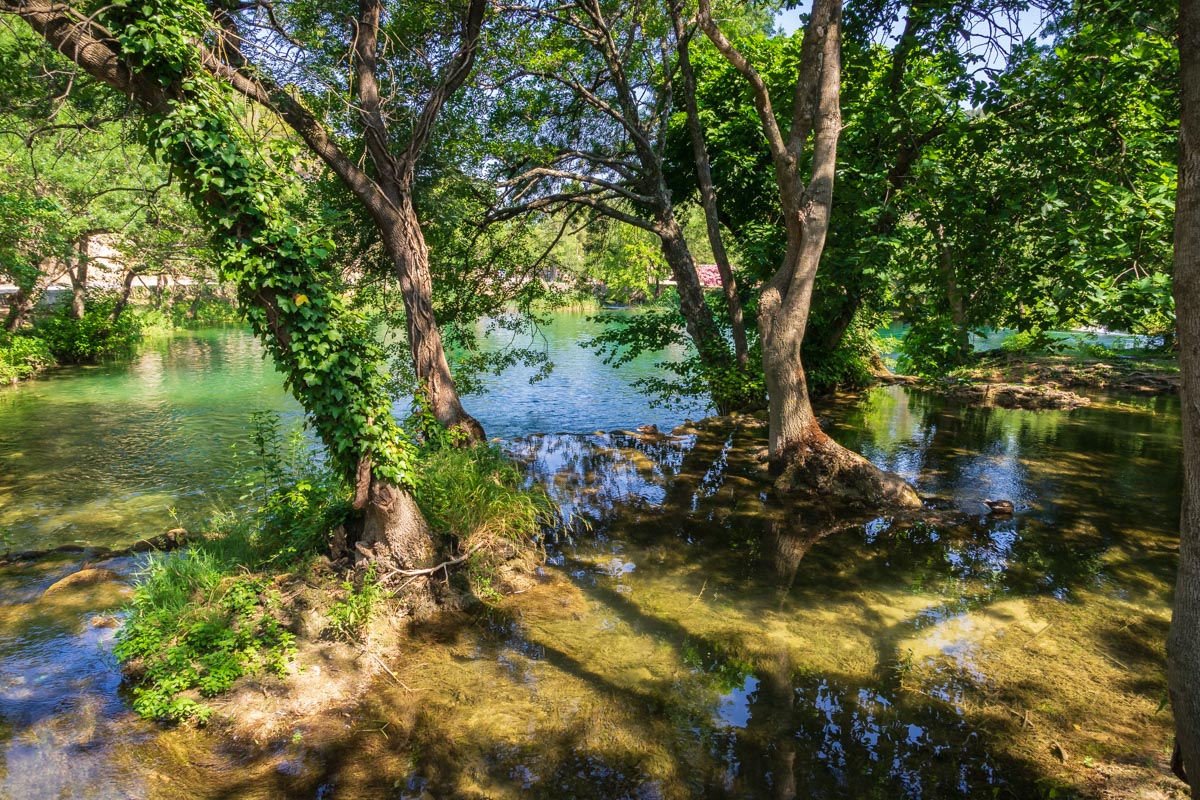 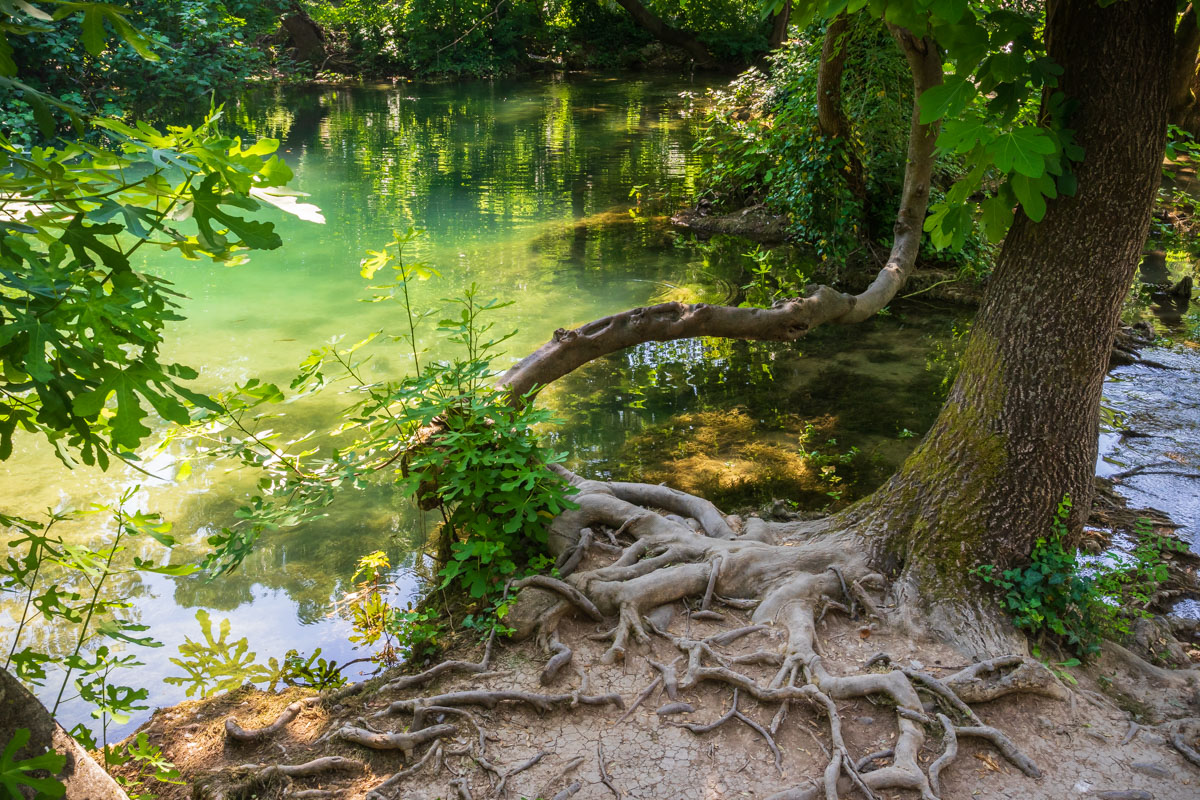 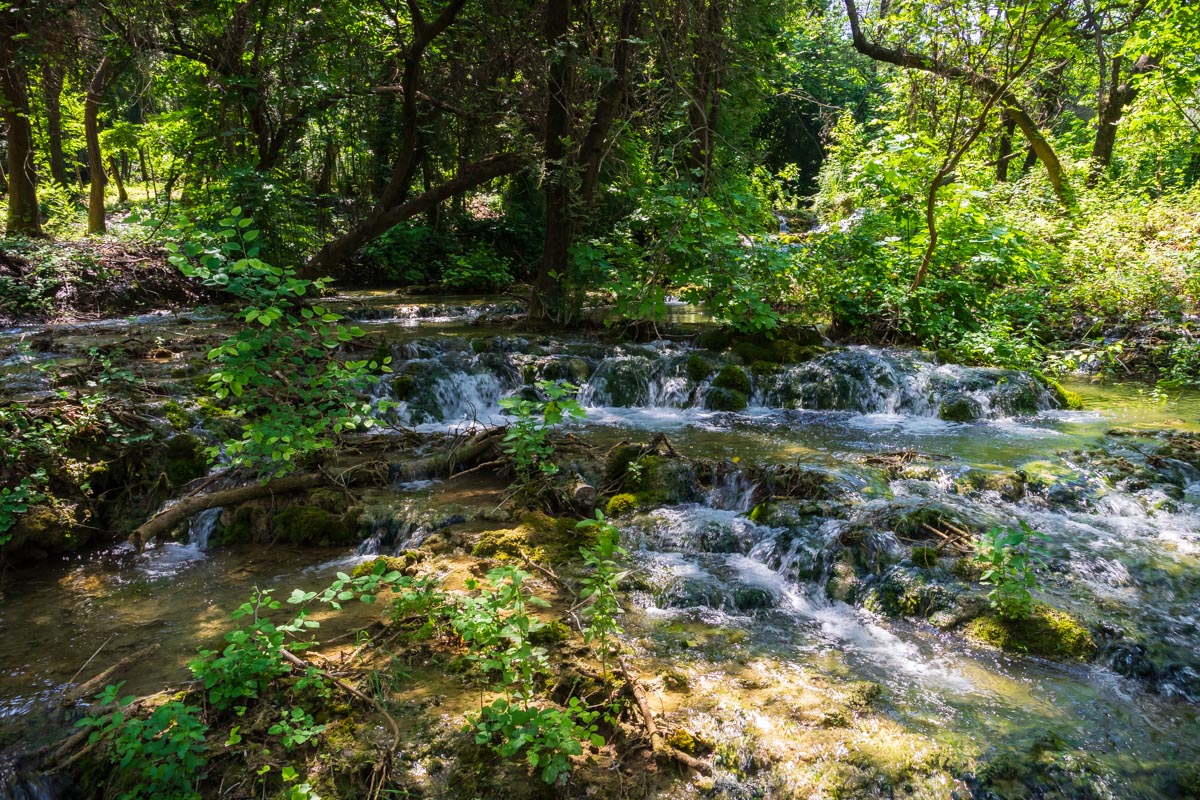 Eventually, the waterfalls get bigger. 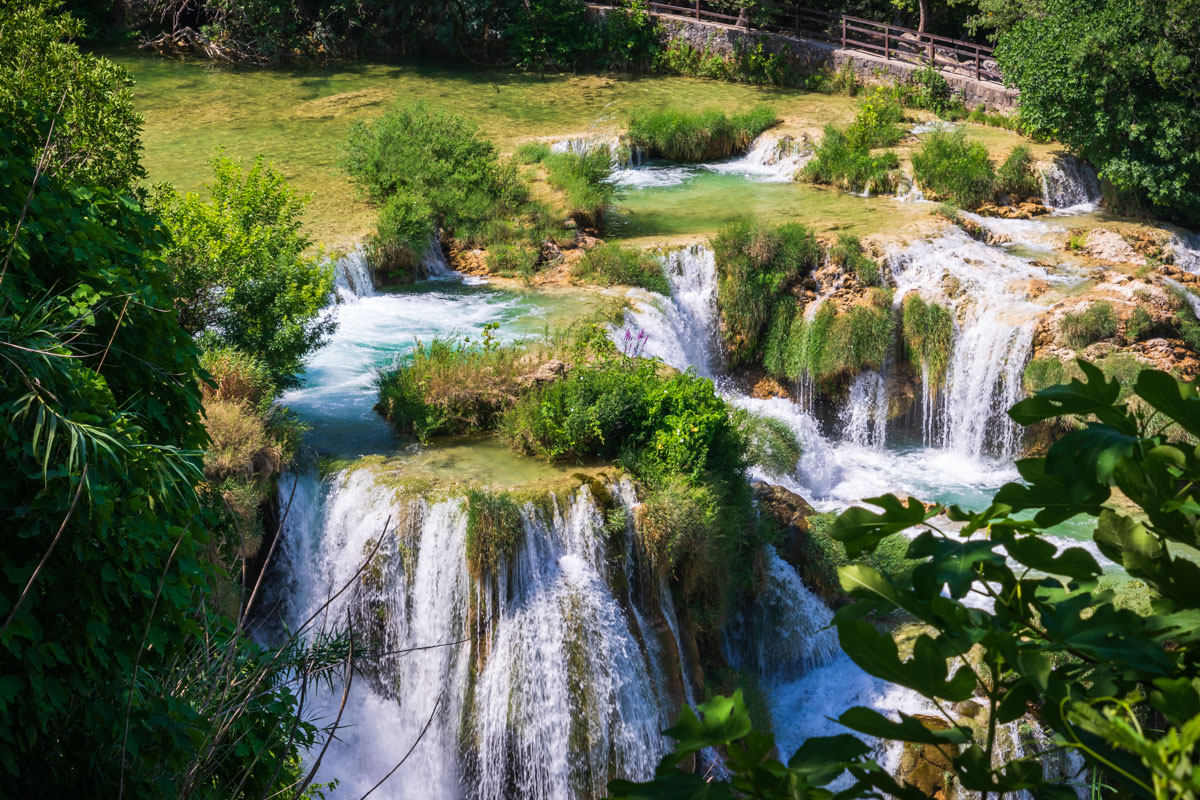 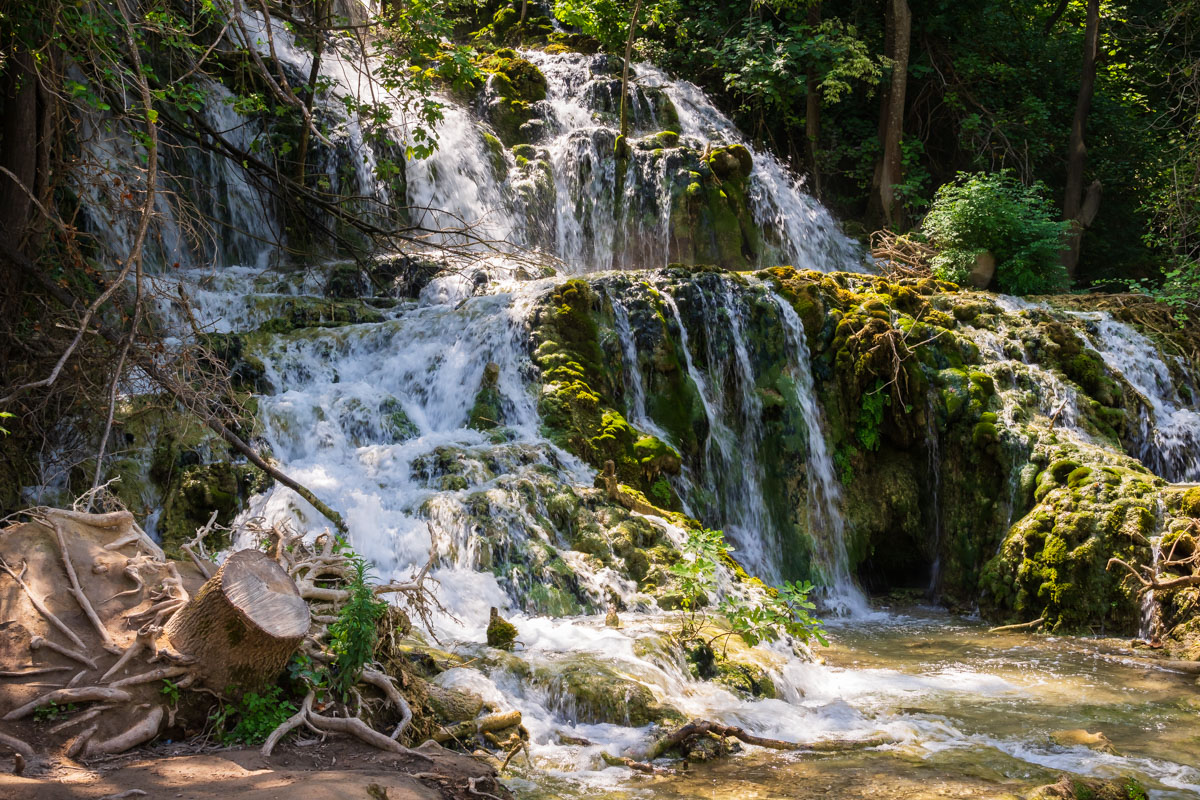 Until you finally come to the main waterfall – Skradinski Buk – which gives the name to the entire area. 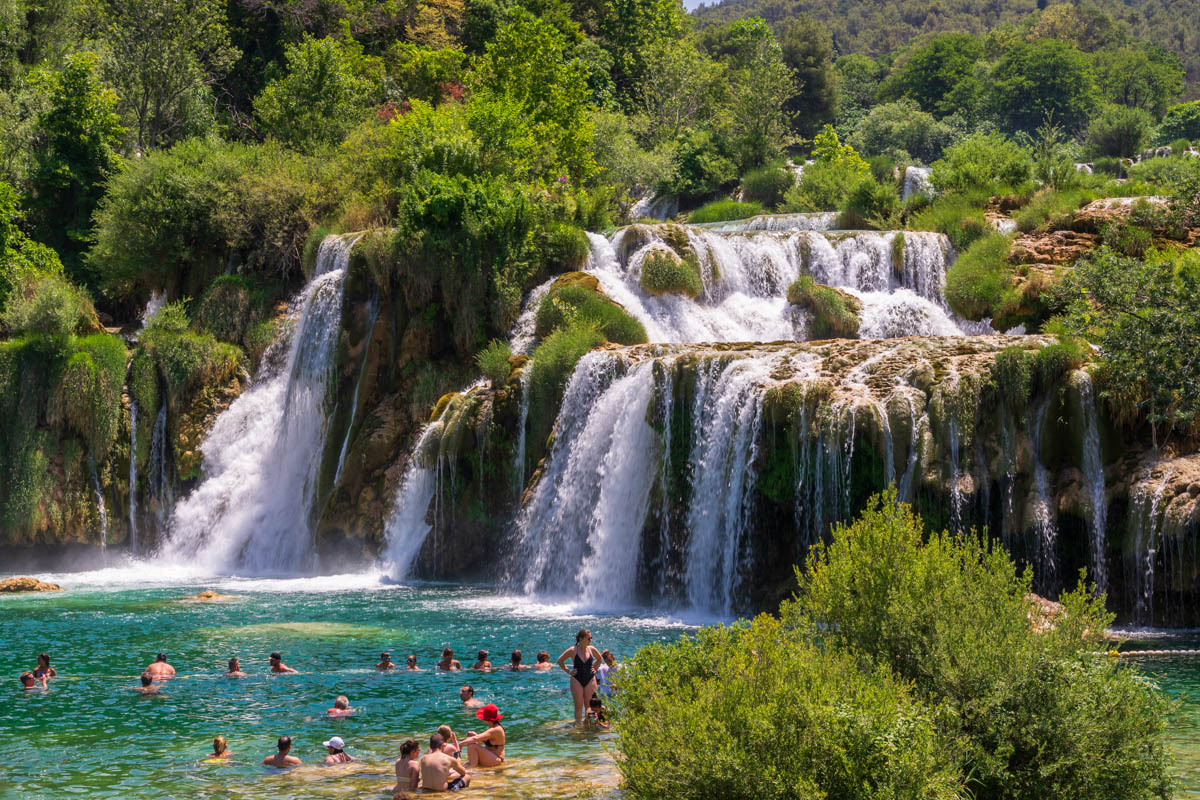 This is where you can take a dip, which no visitor to Krka would ever pass by. To be honest, though, the experience is less grand than you may imagine. The lake floor at this “beach” is highly uneven and rocky – slips, scrapes, bruises, stubbed toes and the like are entirely unavoidable; swimming shoes are an essential accessory here but even they may not help in all cases. By the time you reach the deep part near the waterfall, you will be entirely exhausted from navigating the ground. Most people simply commandeer a spot on one of the underwater rocks and stay there. 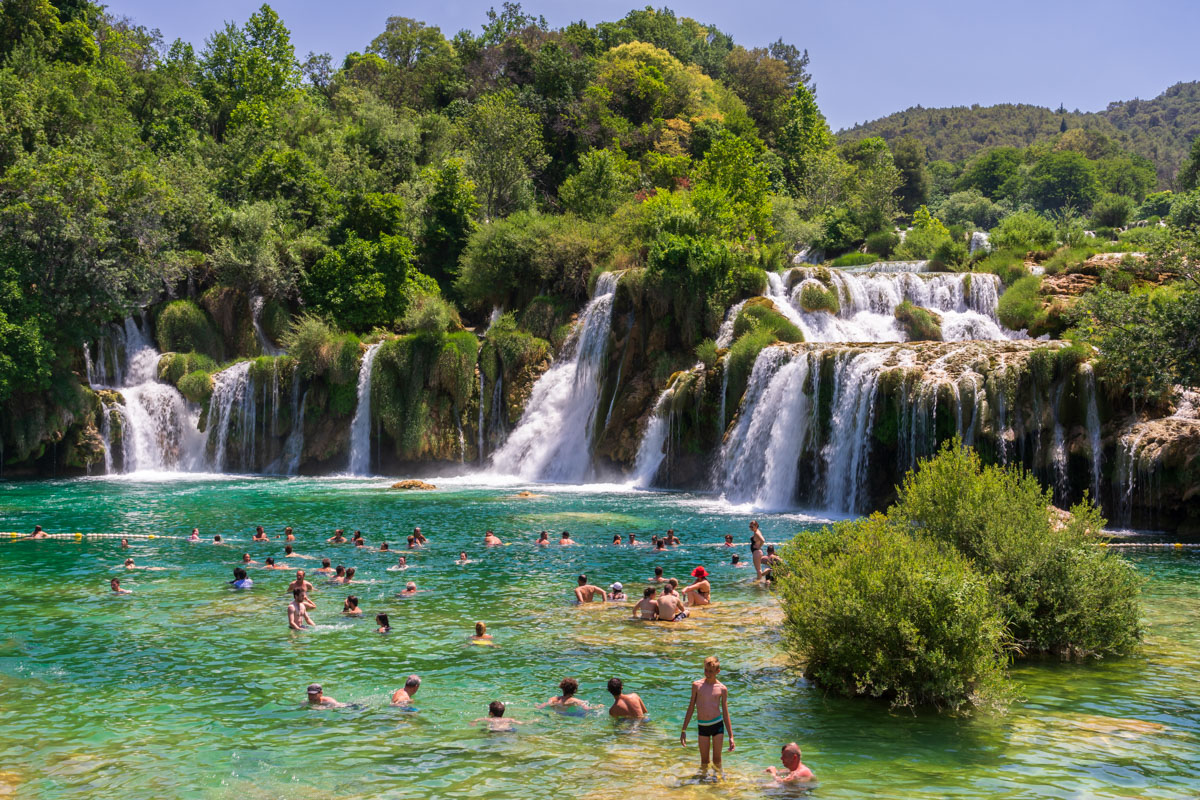 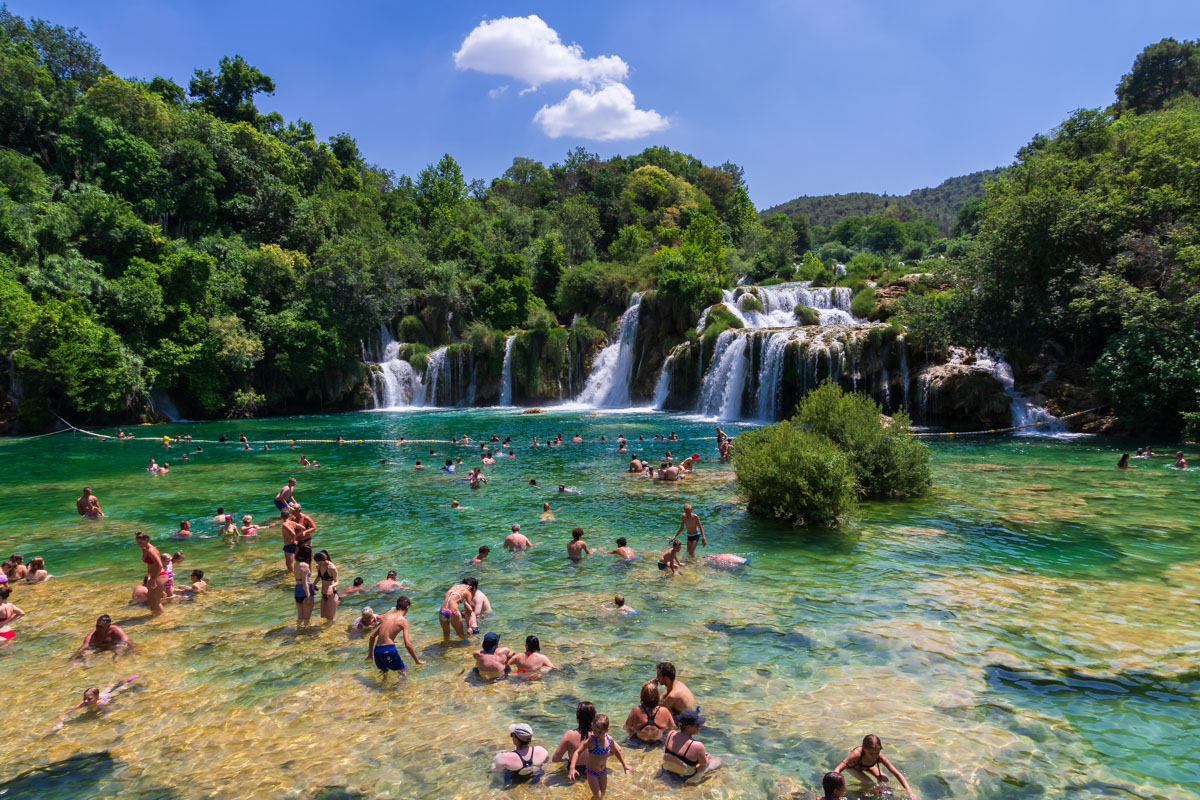 A few more cascade angles elsewhere in the park. 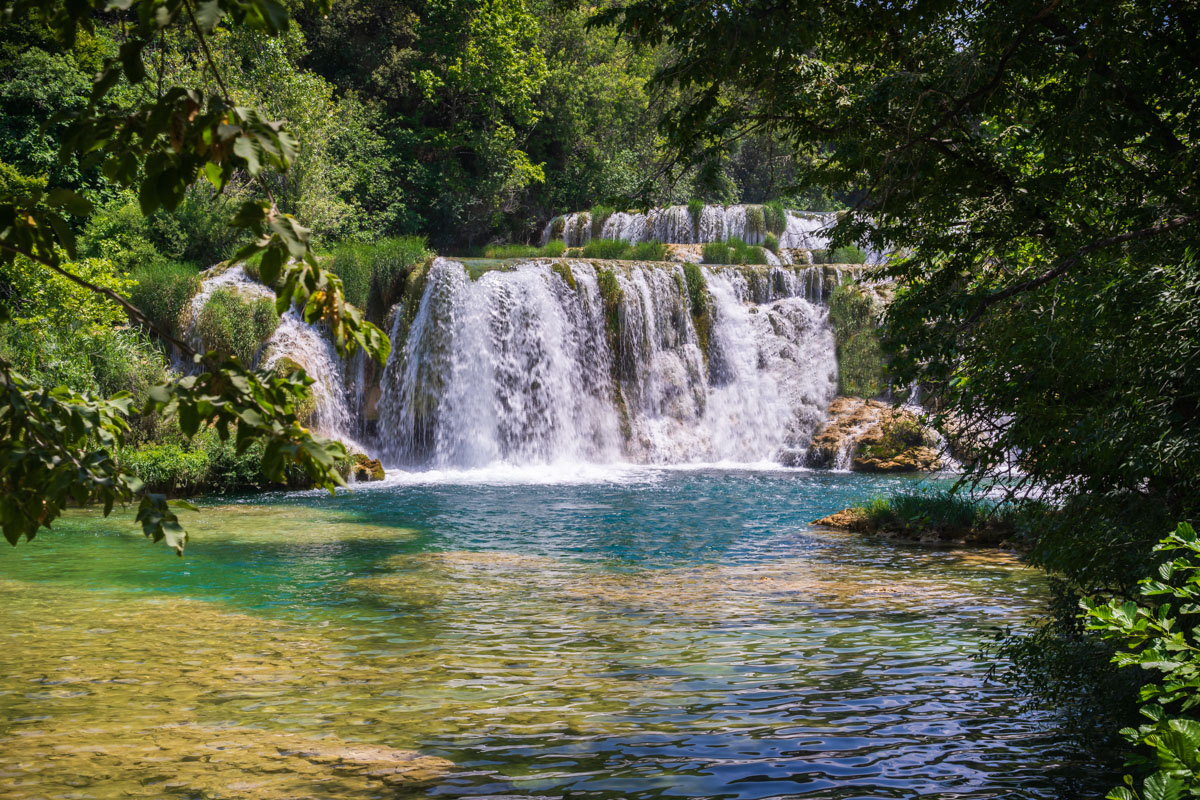 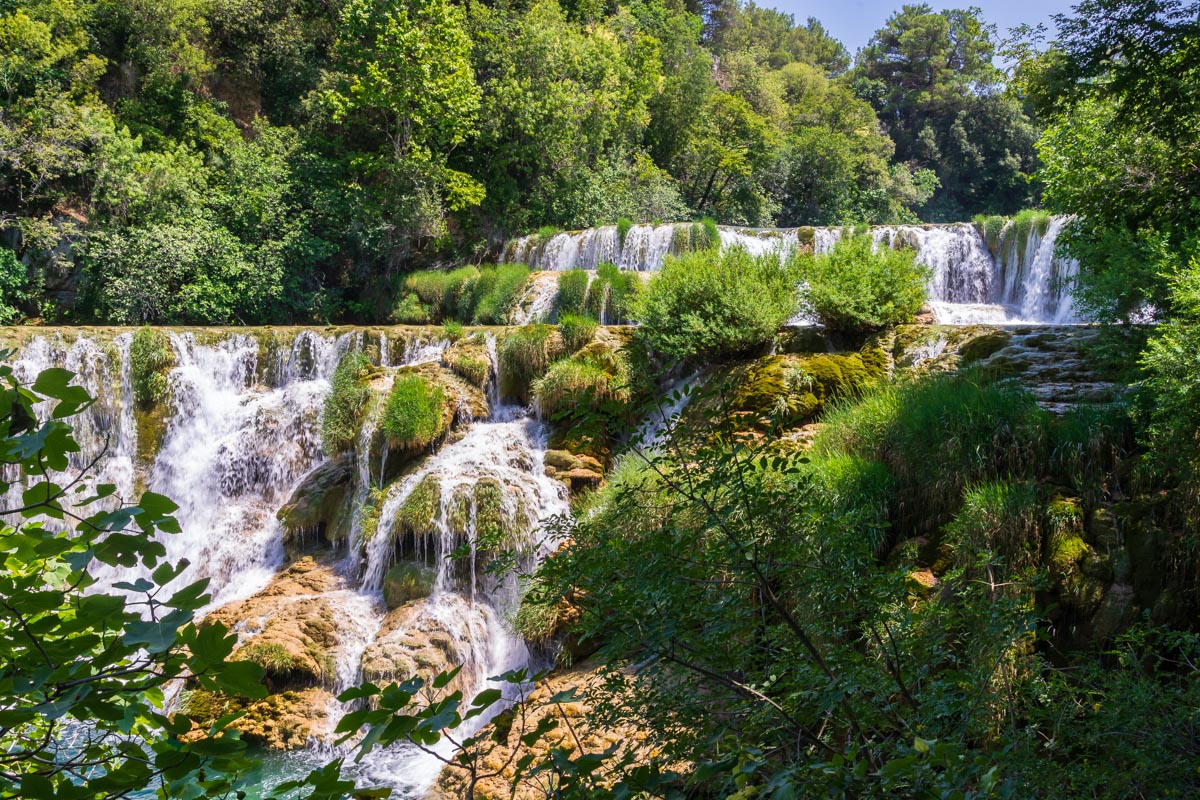 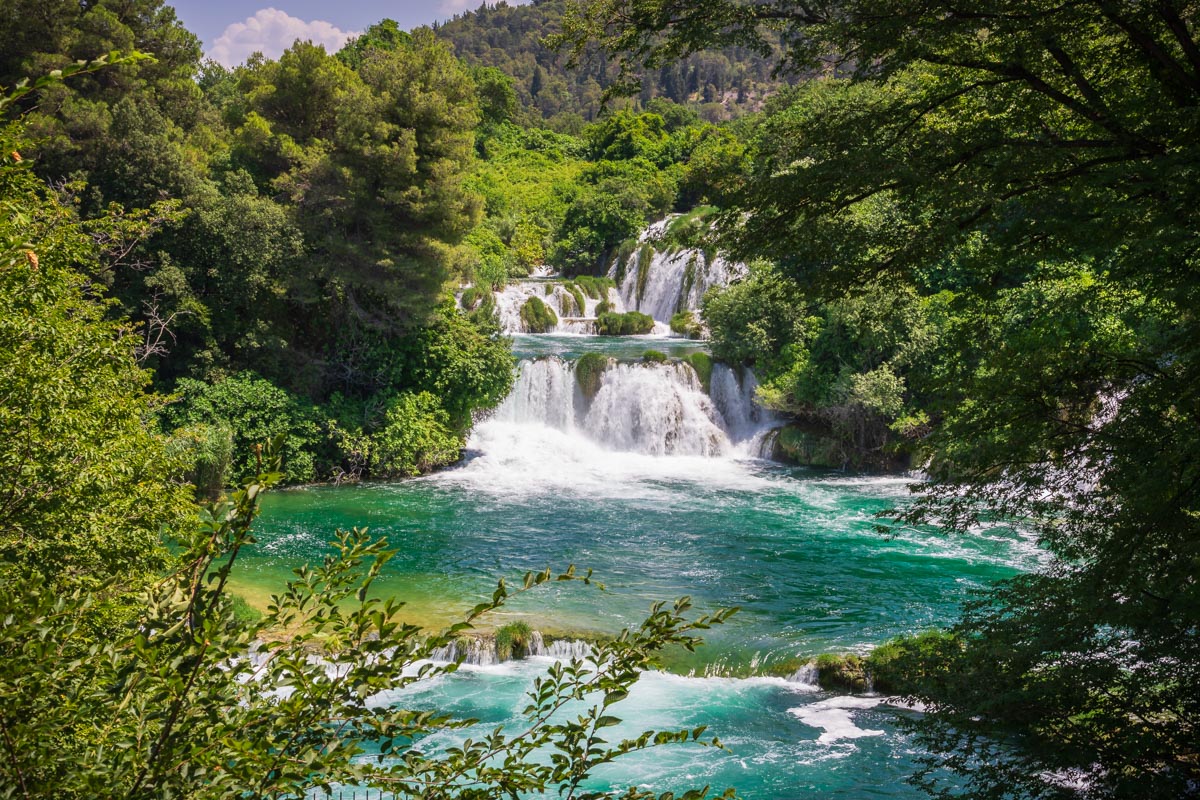 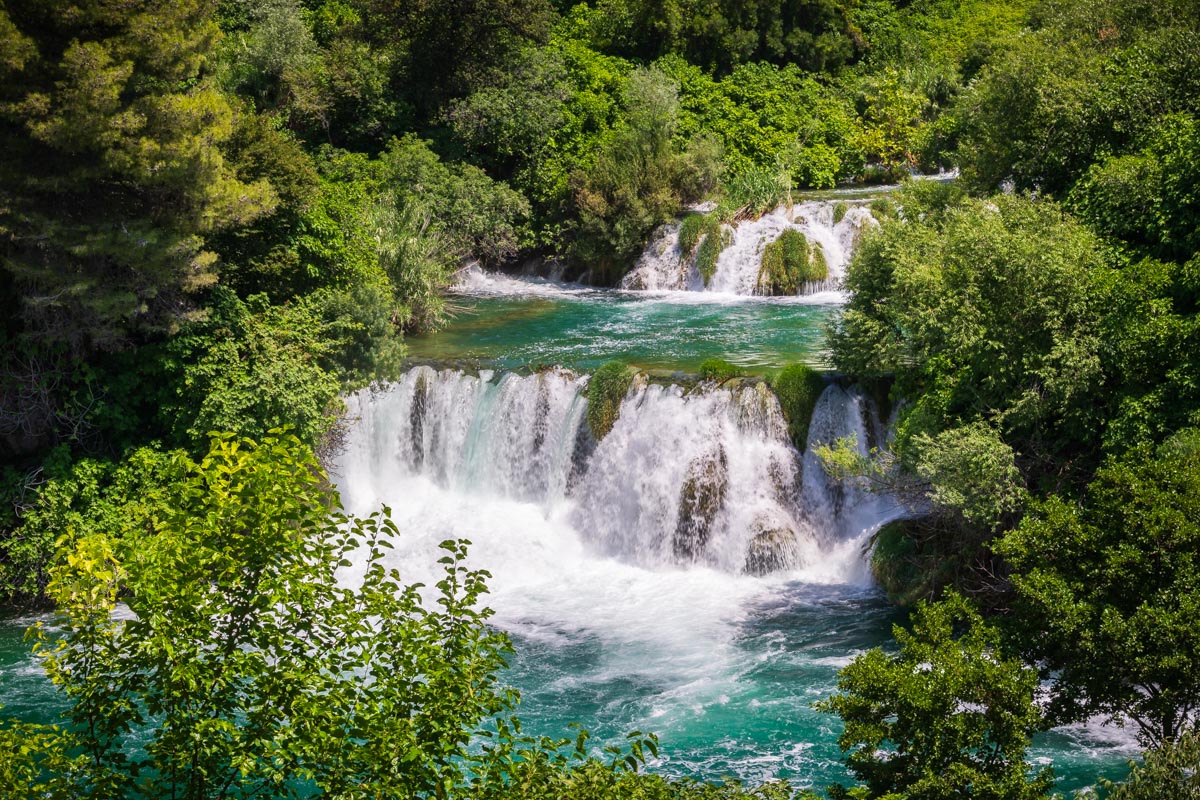 And an elevated look at the navigable portion of the Krka River Valley. The boats connect the waterfalls area with the town of Skradin which acts as one of the gateways to the park. 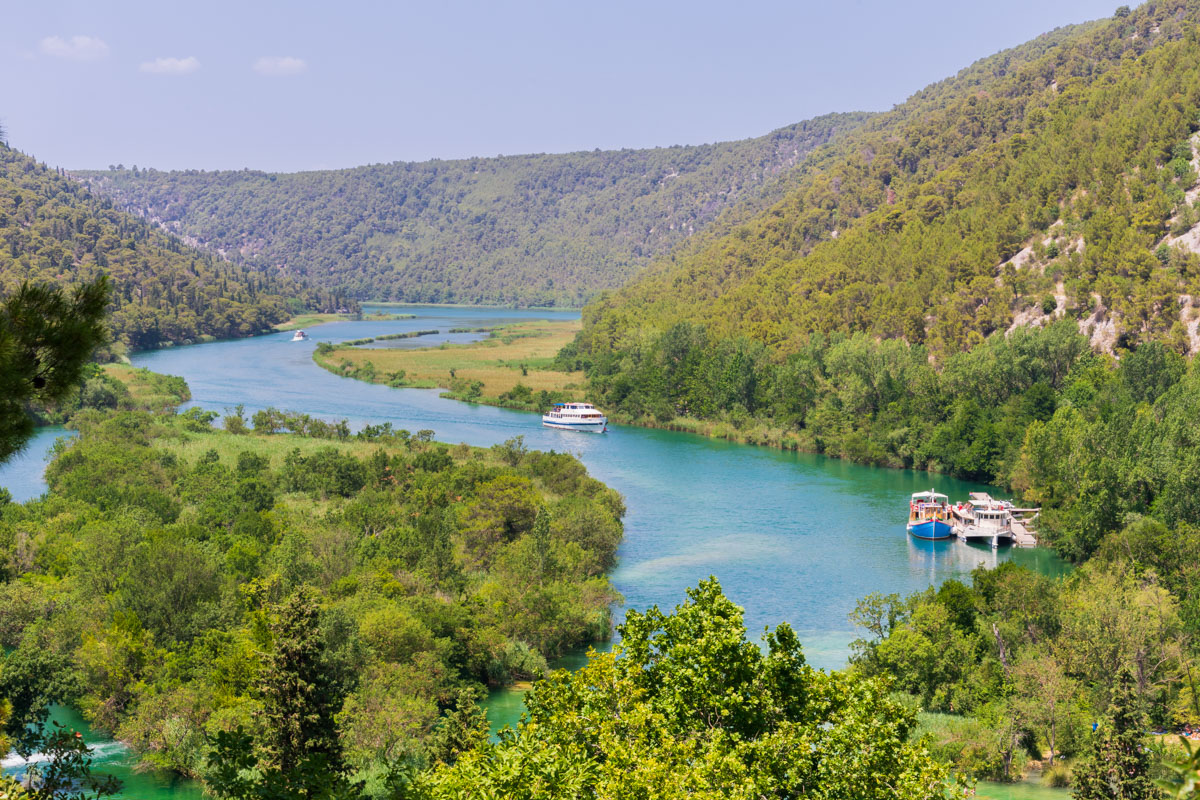 Admission ticket entitles the visitor to see 4 other components of the overall Krka National Park, but I doubt that anyone except hard-core hiking aficionados take advantage of that. As it is, you can probably make a full day out of a visit to Skradinski Buk; there is a large outdoor food court next to the beach, and several places where various picnic supplies can be bought if you don’t bring your own. We stayed for about 5 hours in total.

The park is just minutes away from Šibenik, or an hour’s drive from Split or Zadar.