The historic center of Trogir sits on a tiny island – roughly 500 meters long and 250 meters wide – that has been continuously inhabited for over 2,000 years. Since the early 13th century AD, the town was gradually rebuilt and embellished with examples of Romanesque, Gothic, Renaissance, and Baroque architecture, forming the present-day ensemble that is recognized on the World Heritage list.

Visually appealing and picturesque in many aspects, Trogir presents a significant challenge to photographers due to its tight spaces. I have to admit that I did not come through this test with a good amount of material. My walk-by approach to photography did not offer me enough opportunities for wide angles in Trogir, and very few of the tight crops came out the way I thought they would.

Here is one of the wider angles – the view over the main town square from a terrace of Saint Lawrence Cathedral. 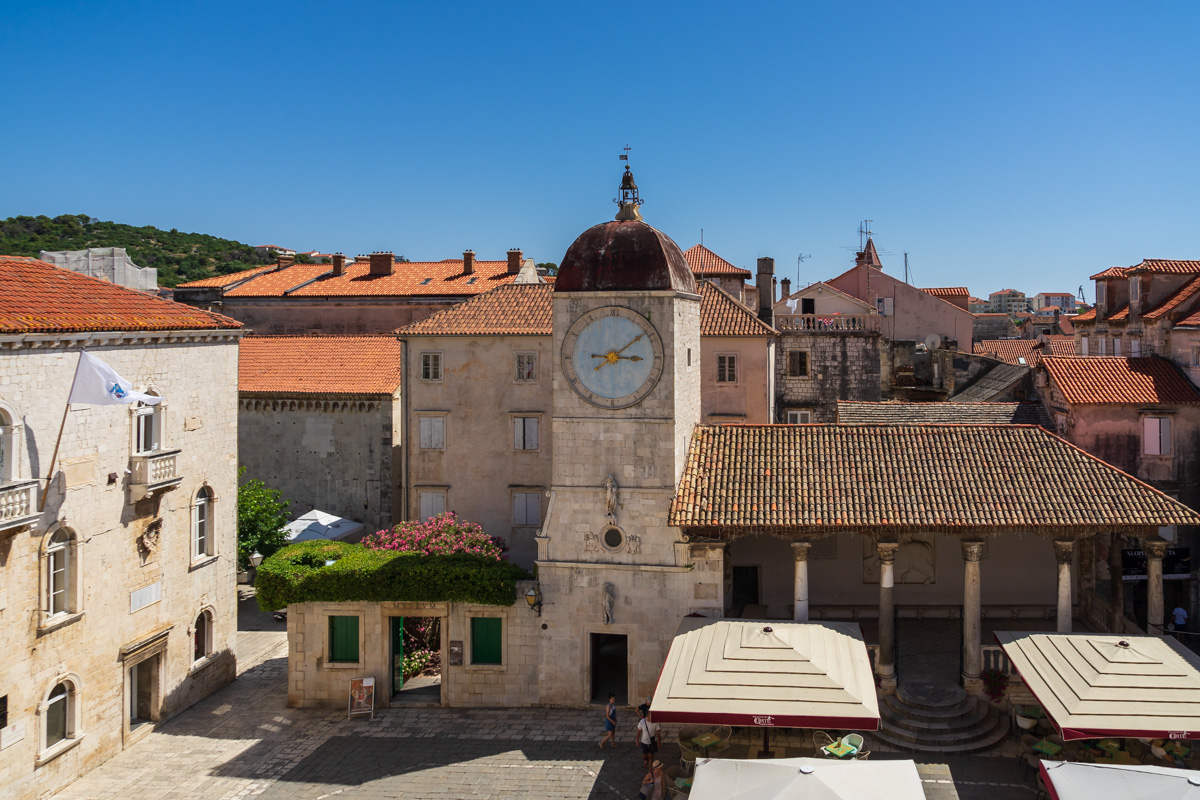 Front and center is the 15th-century town clock tower, part of the church of Saint Sebastian, and the 13th-century Loggia next to it.

The rooftop view from the cathedral tower.

Radovan’s portal – the main entrance to the cathedral – might be the church’s most outstanding feature. 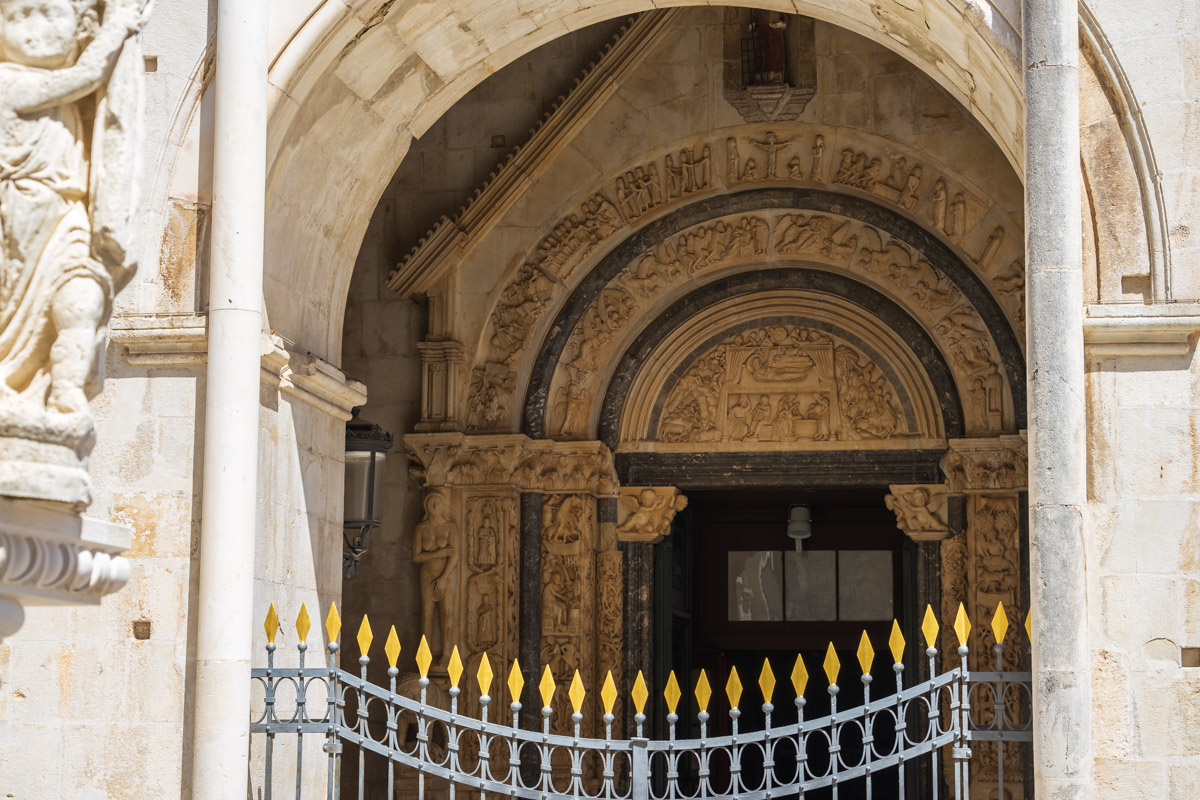 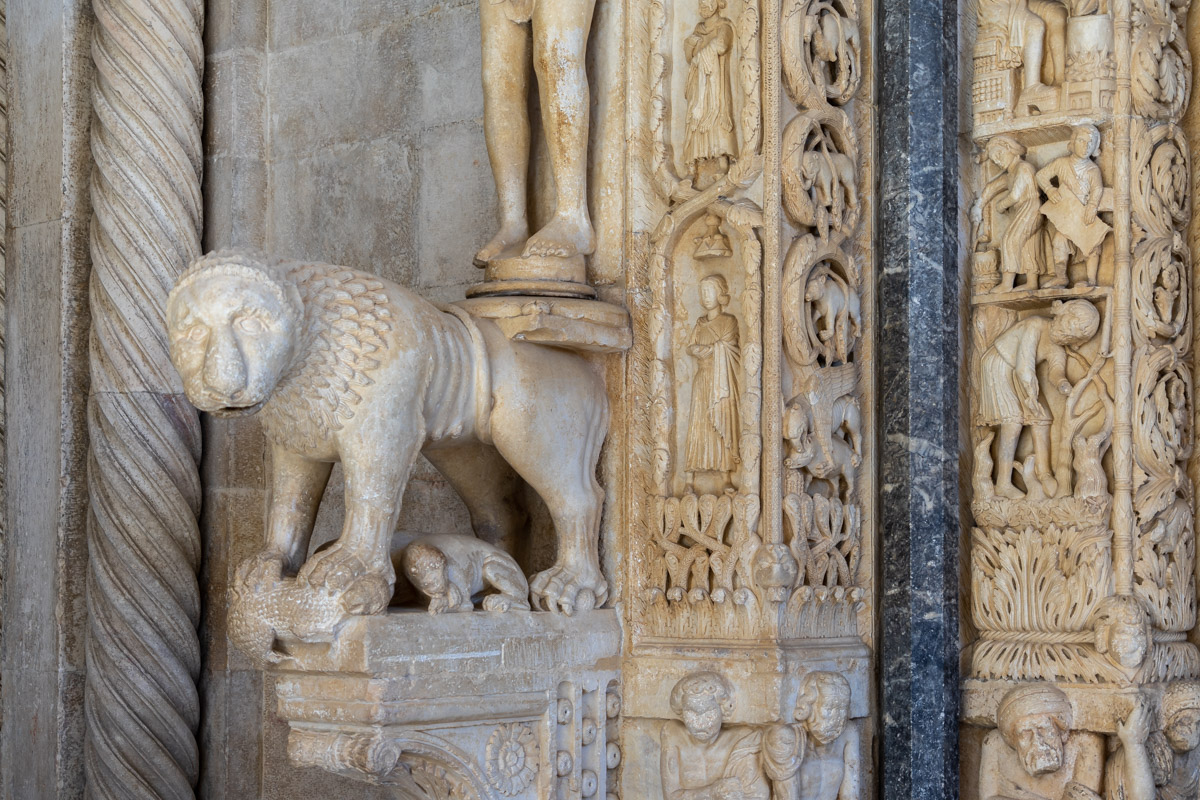 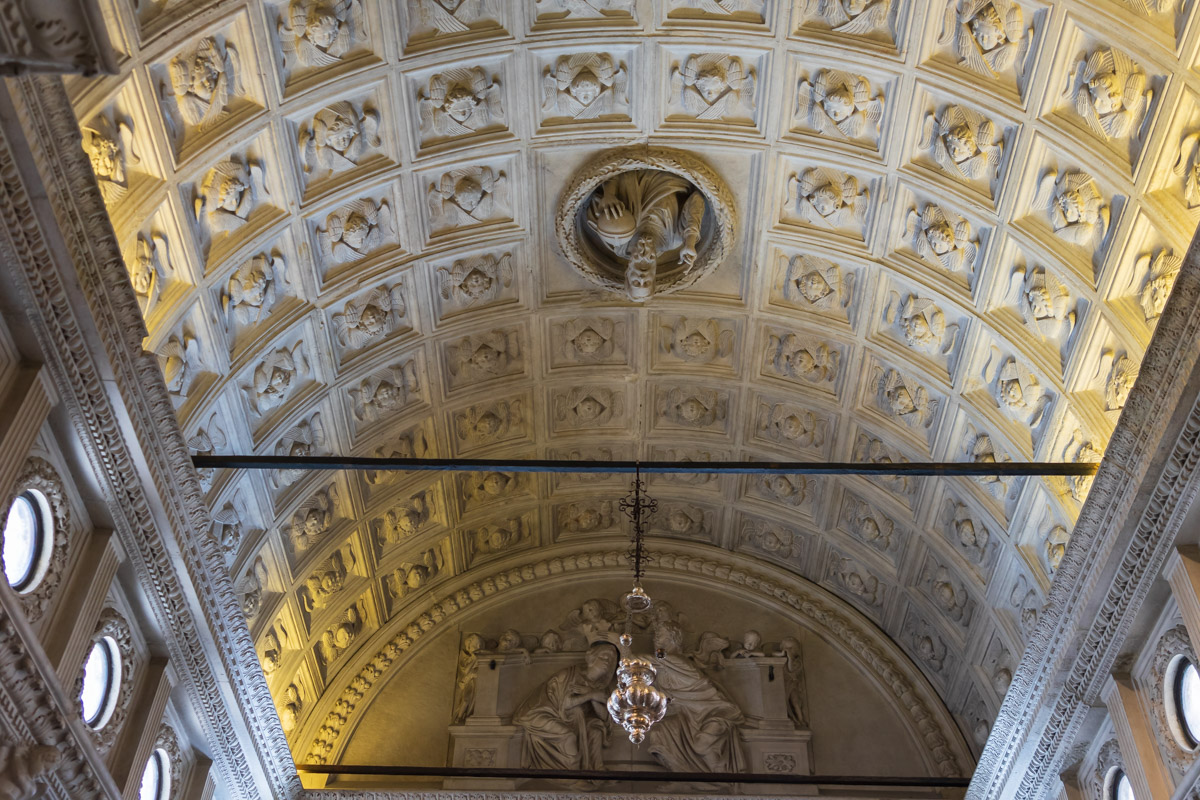 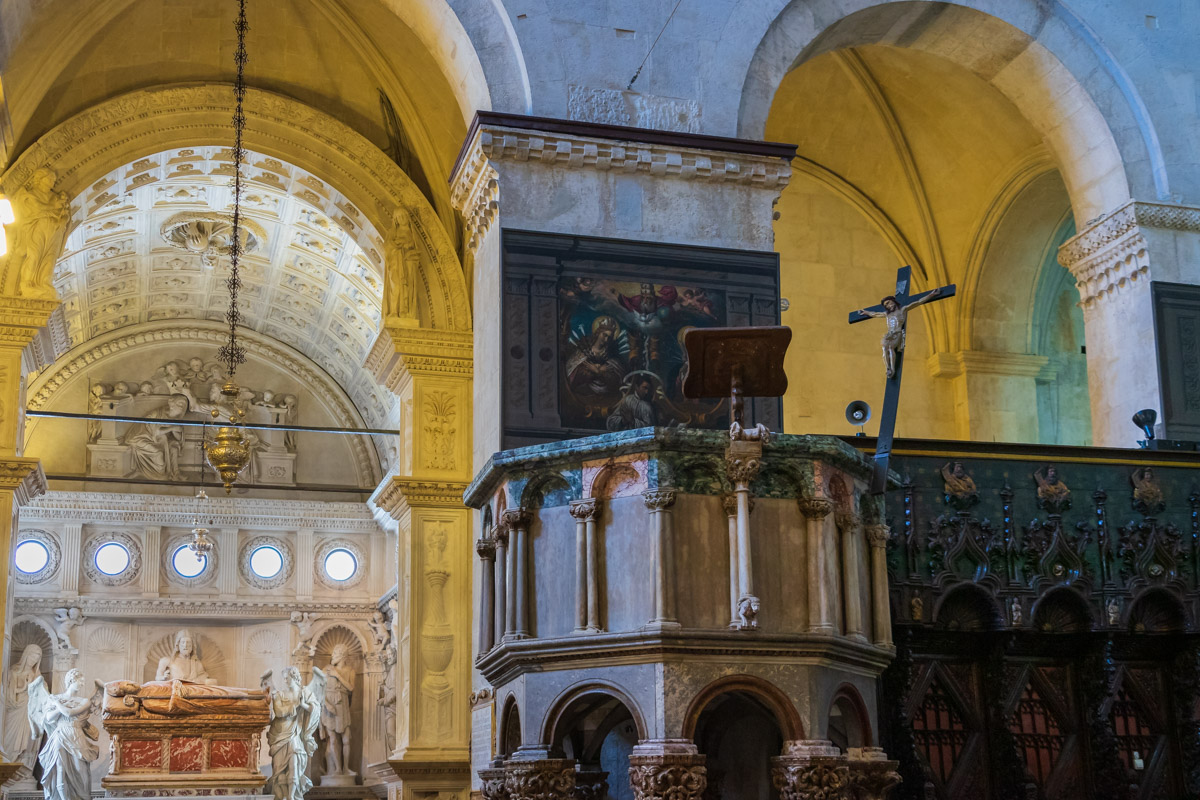 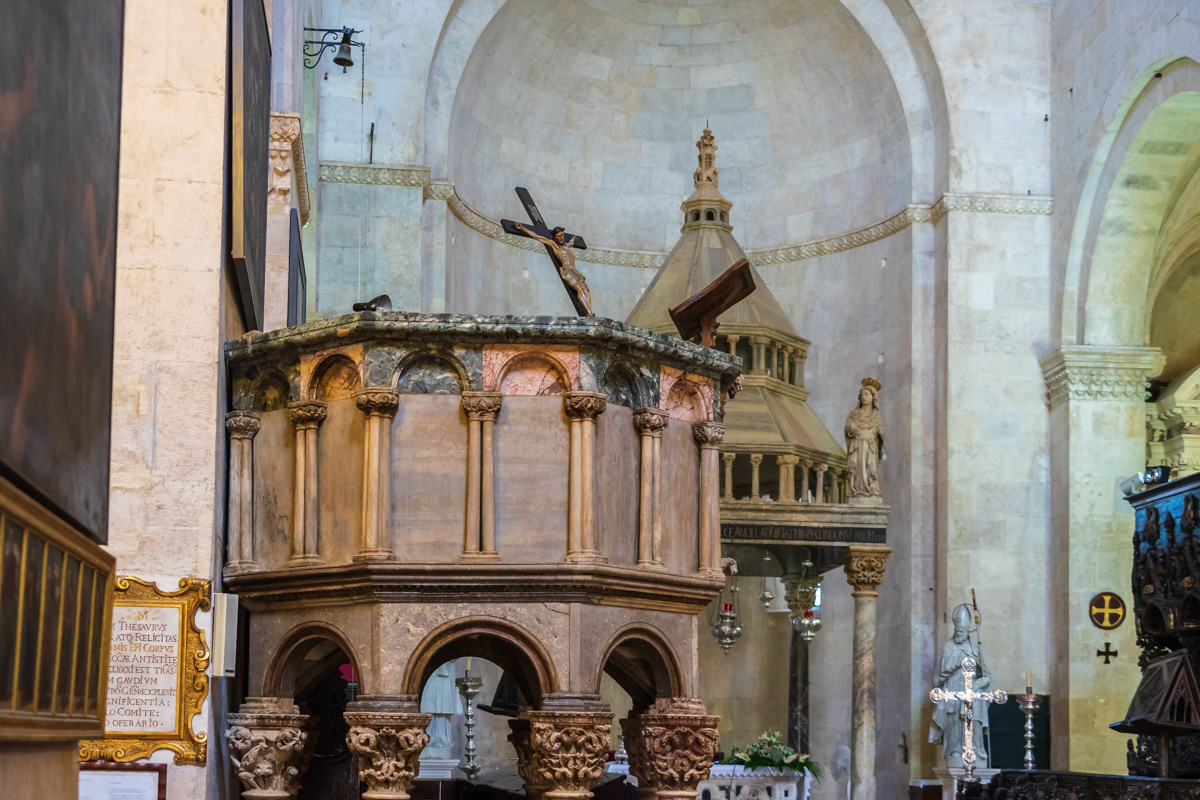 Somewhat strangely for my usual expectations, practically every other church that we came upon during our stop in Trogir was not open for visitors in midday.

Another angle of the clock tower from Radovanov Trg. 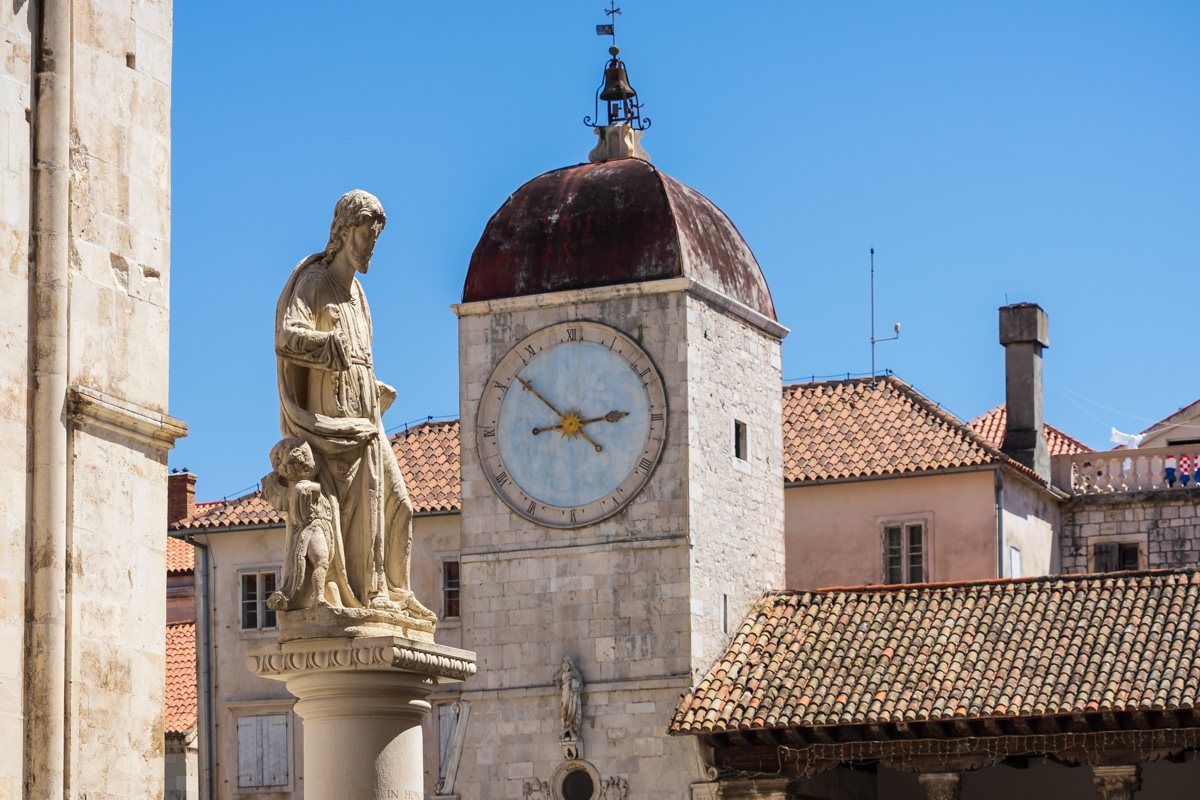 The Loggia was the central public space of the city life for centuries, at some point rededicated as a Venetian monument, extensively renovated in the late 19th century, and adorned with the equestrian relief of a 16th-century viceroy of Croatia as recently as 1930’s. 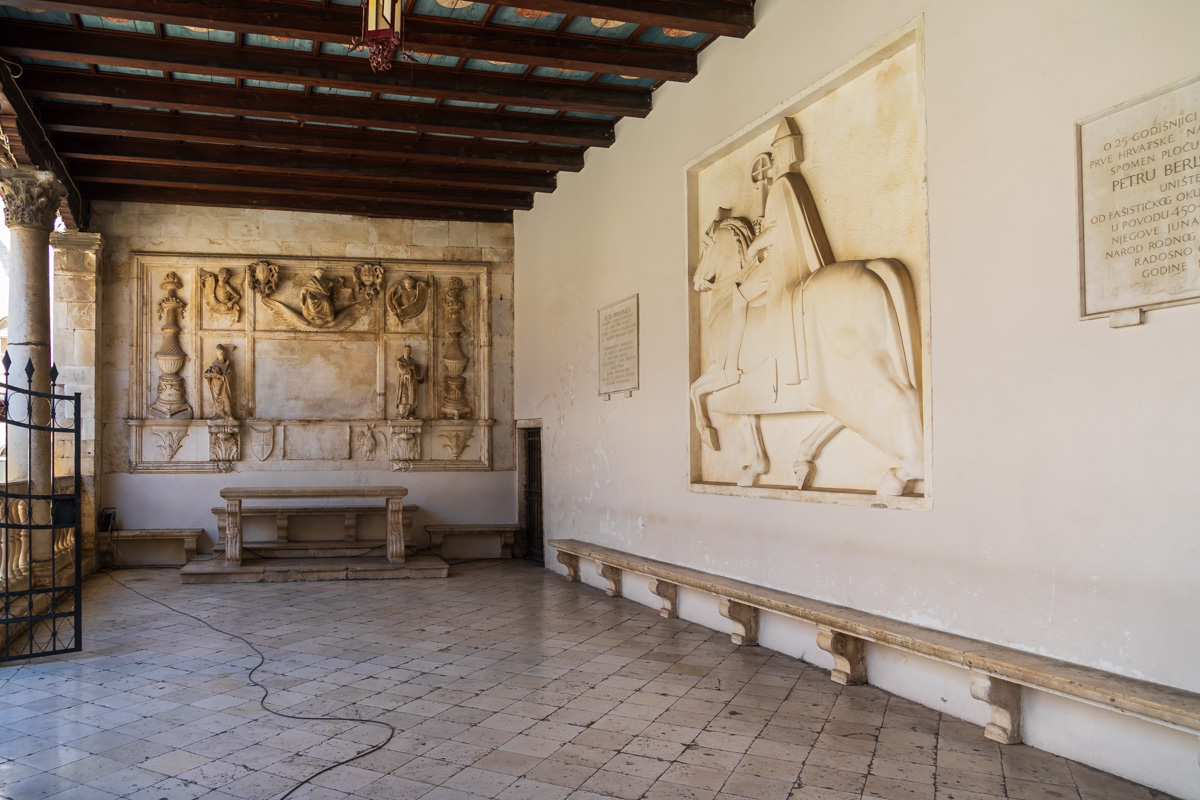 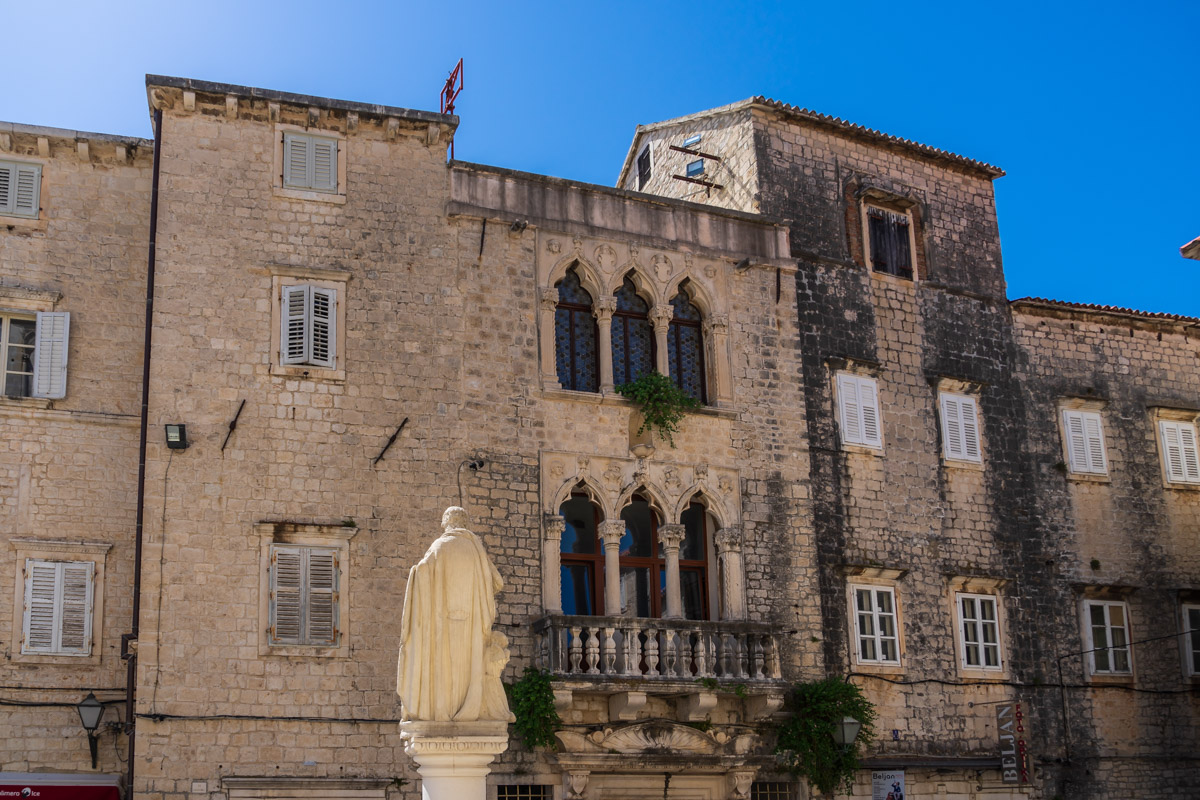 The palace is made up of several buildings that have over time become a connected single structure. The section obvious in its Venetian heritage is the one catching the eye.

A fragment of the waterfront as seen from Čiovo Bridge, with the Romanesque tower of the church of Saint Michael in the background. 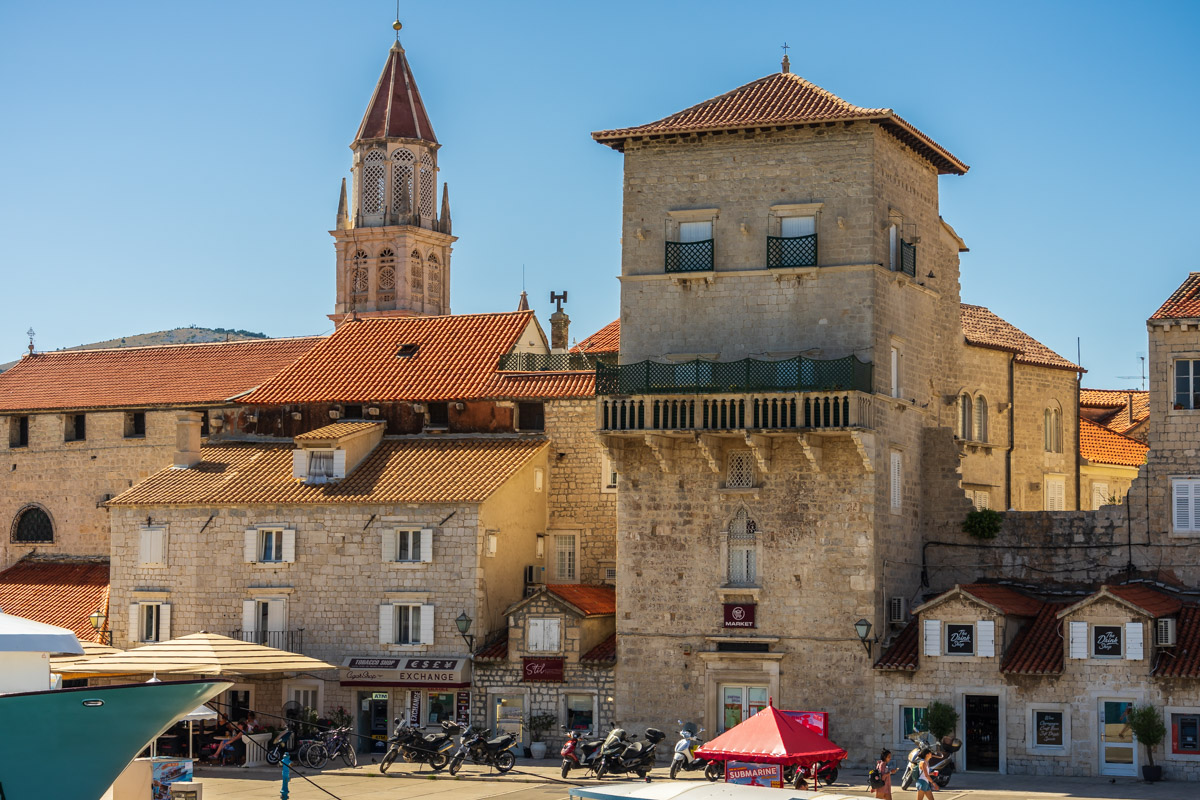 A wider angle and a couple of other Riva perspectives. 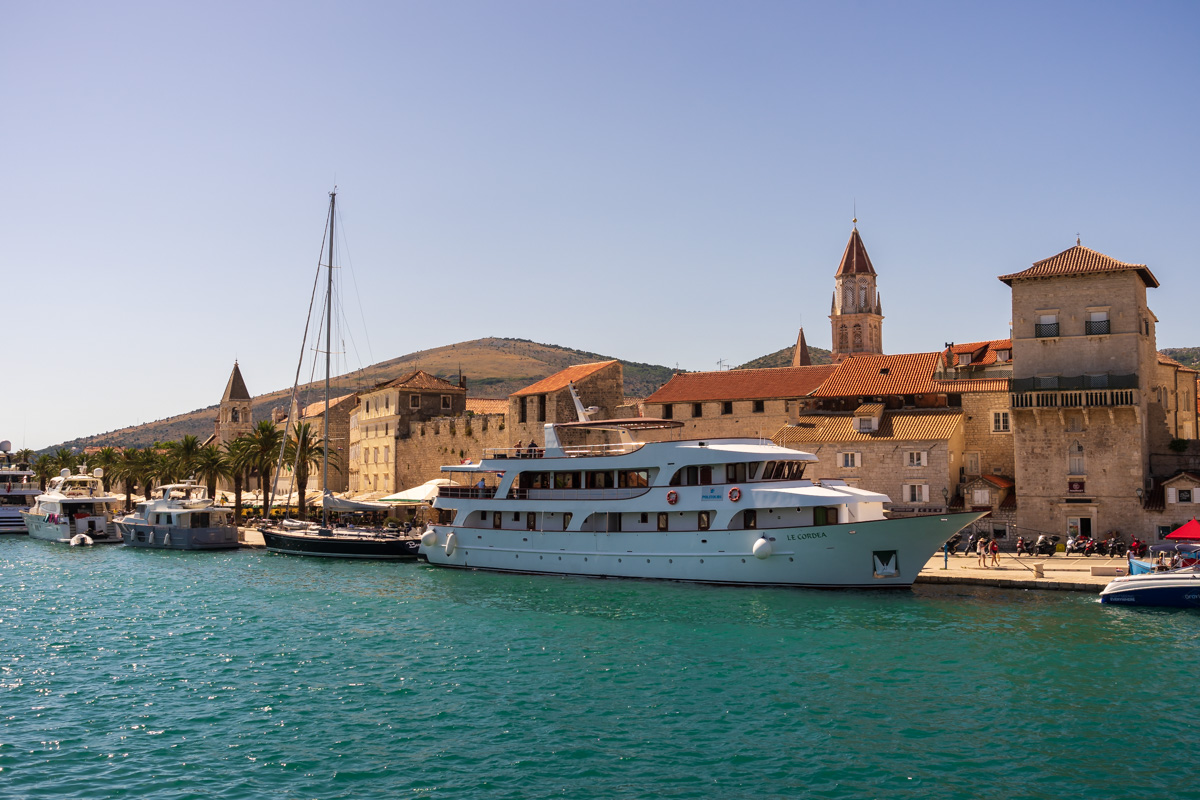 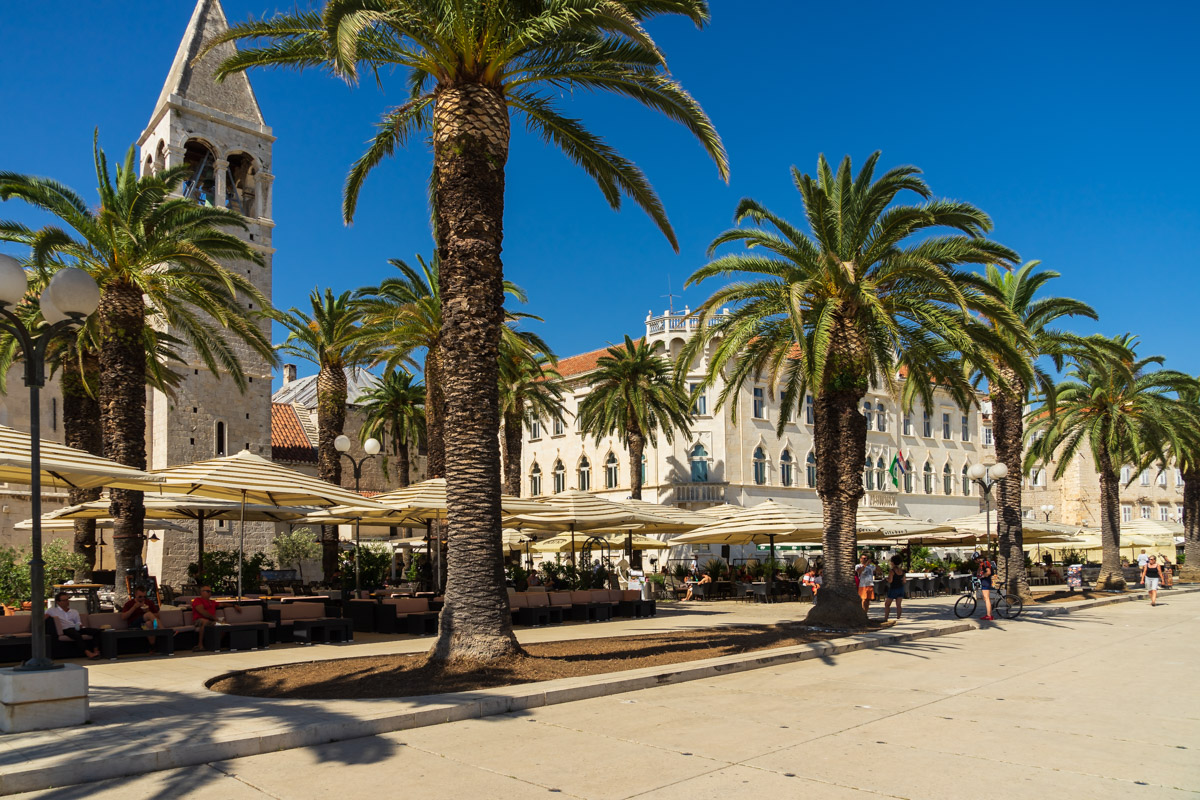 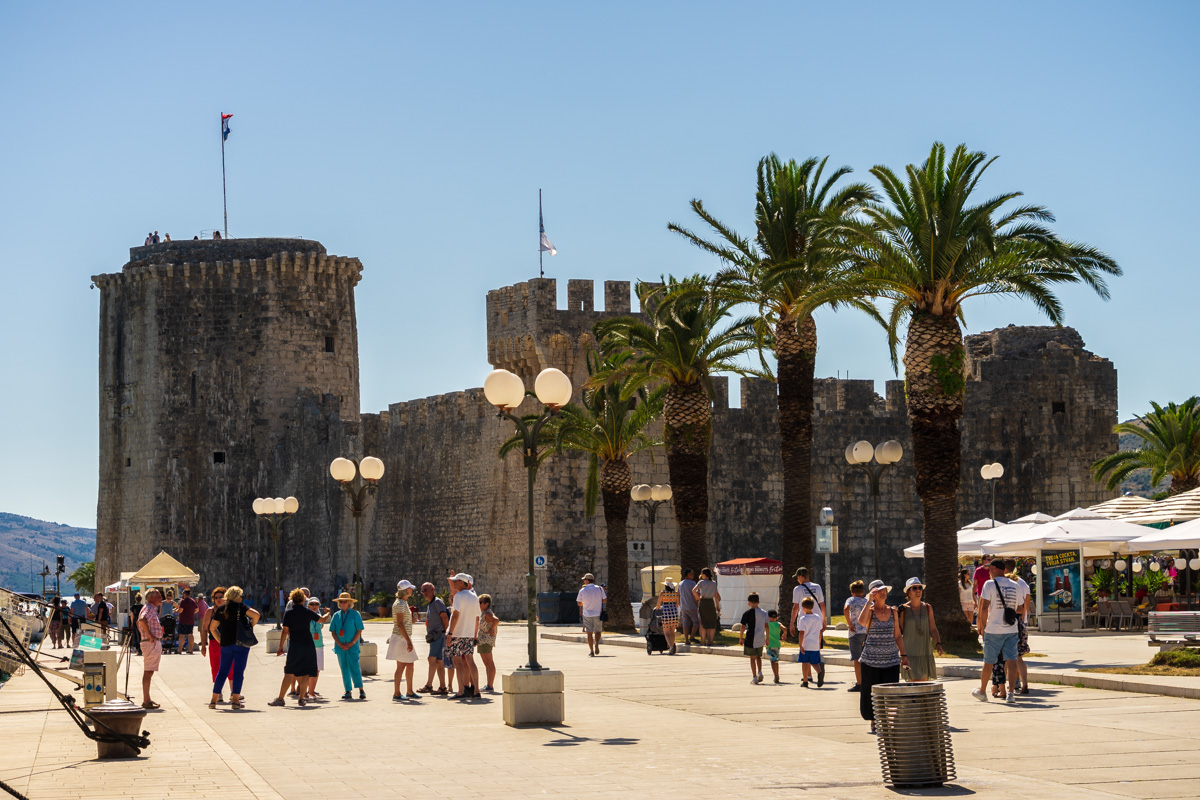 The castle in the last shot is called Kamerlengo, a 15th-century Venetian fortification.

Elsewhere in Trogir, here are a few street perspectives that turned out ok. 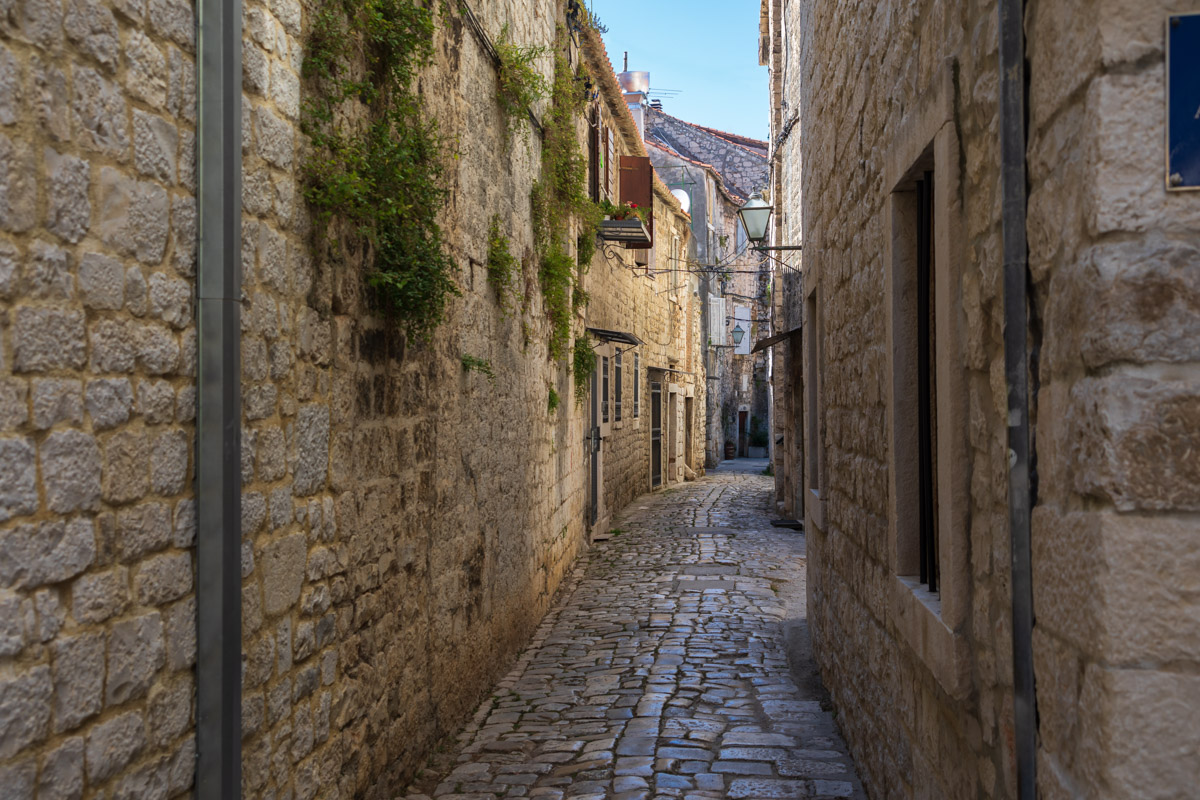 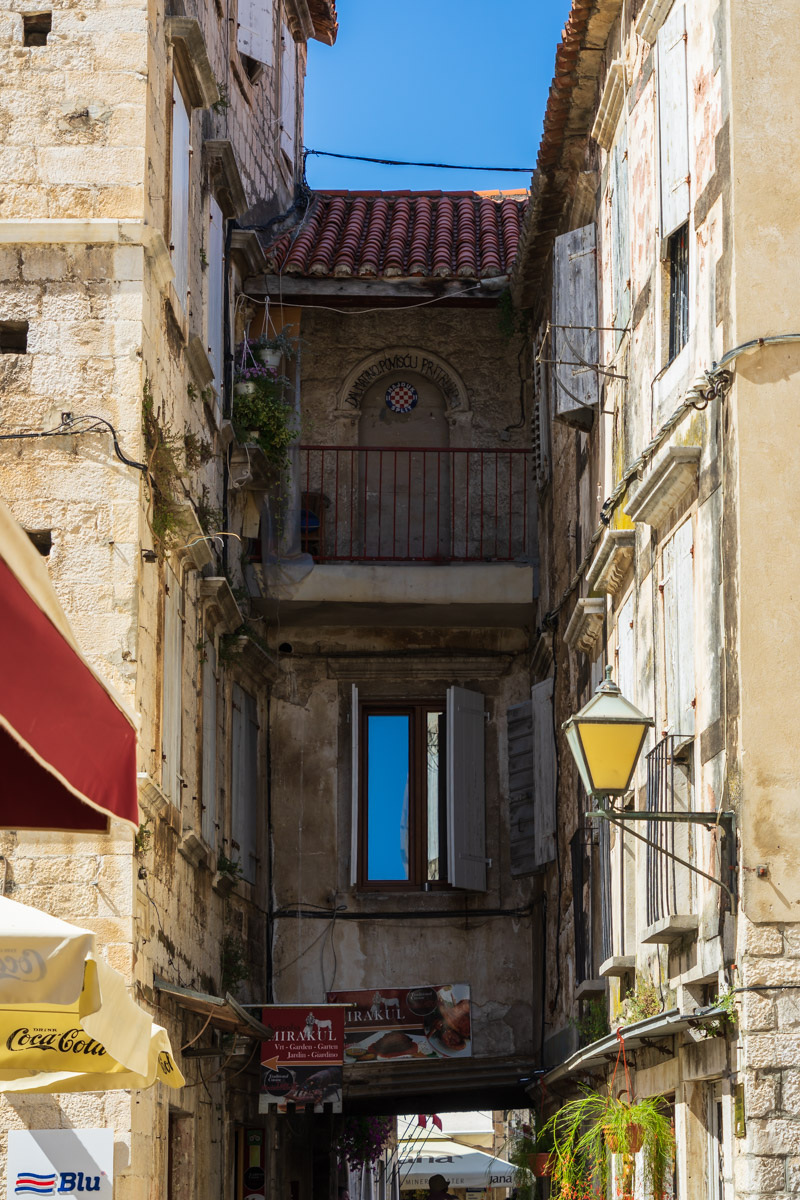 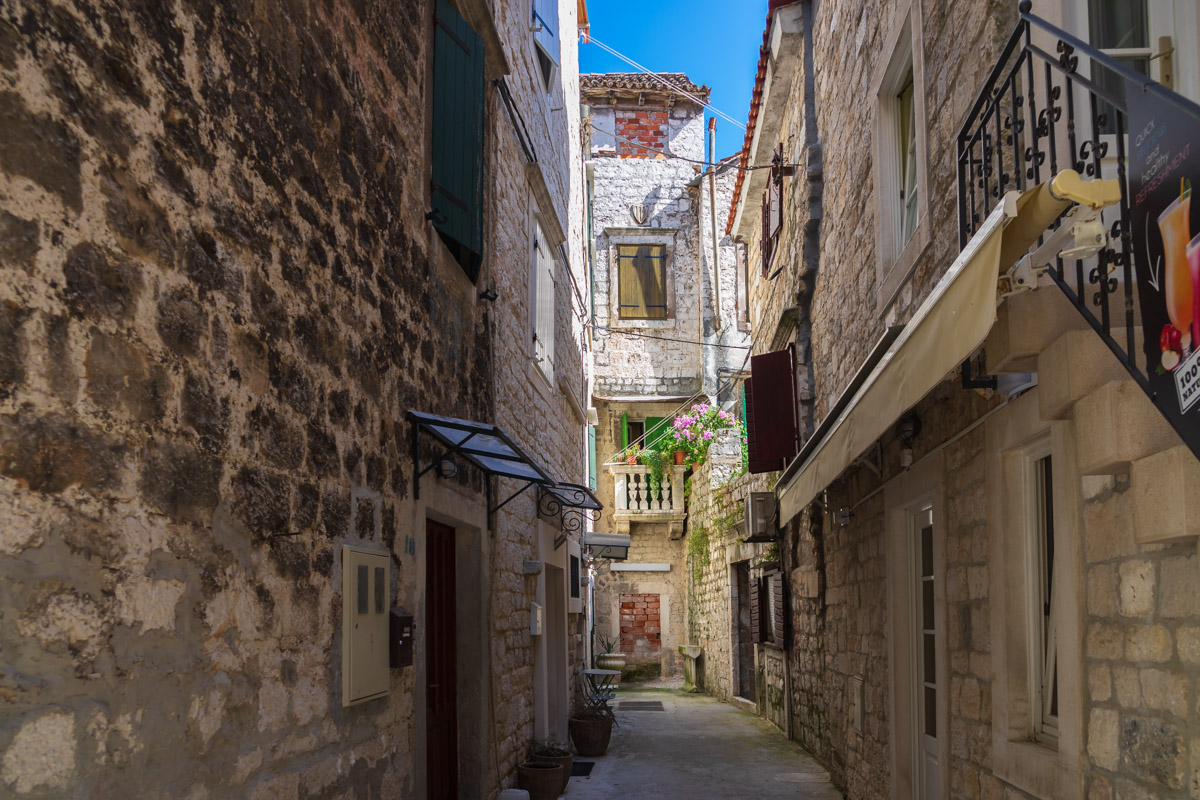 Trogir is less than half an hour away from central Split by car. Two to three hours appears enough time to explore the town core.