Šibenik, about halfway between Split and Zadar, has a visibly lower profile than other great towns on the Dalmatian Coast. That standing is probably reasonable: the town offers a single unmissable point of interest, and then a picturesque hillside old quarter that does not take long to get a fill of. Šibenik was not deserted when we visited on a July morning, but the volume of visitors was significantly lower than in other towns. In fact, if not for the World Heritage site in Šibenik, I may not have considered visiting Šibenik myself when planning the trip.

The WH site here is a single structure, the Cathedral of Saint James, finished in mid-16th century. Its inclusion among the inscribed sites is largely due to the quirks of its construction, which was led by different architects and resulted in a mix of architectural and decorative styles.

Somewhat uniquely for a grand church in a town with uneven topography, the cathedral does not occupy a commanding highest point. Stairways run up from the cathedral square to residential quarters that sit at higher elevations, some directly overlooking St James. Here is a view from one of the landings. 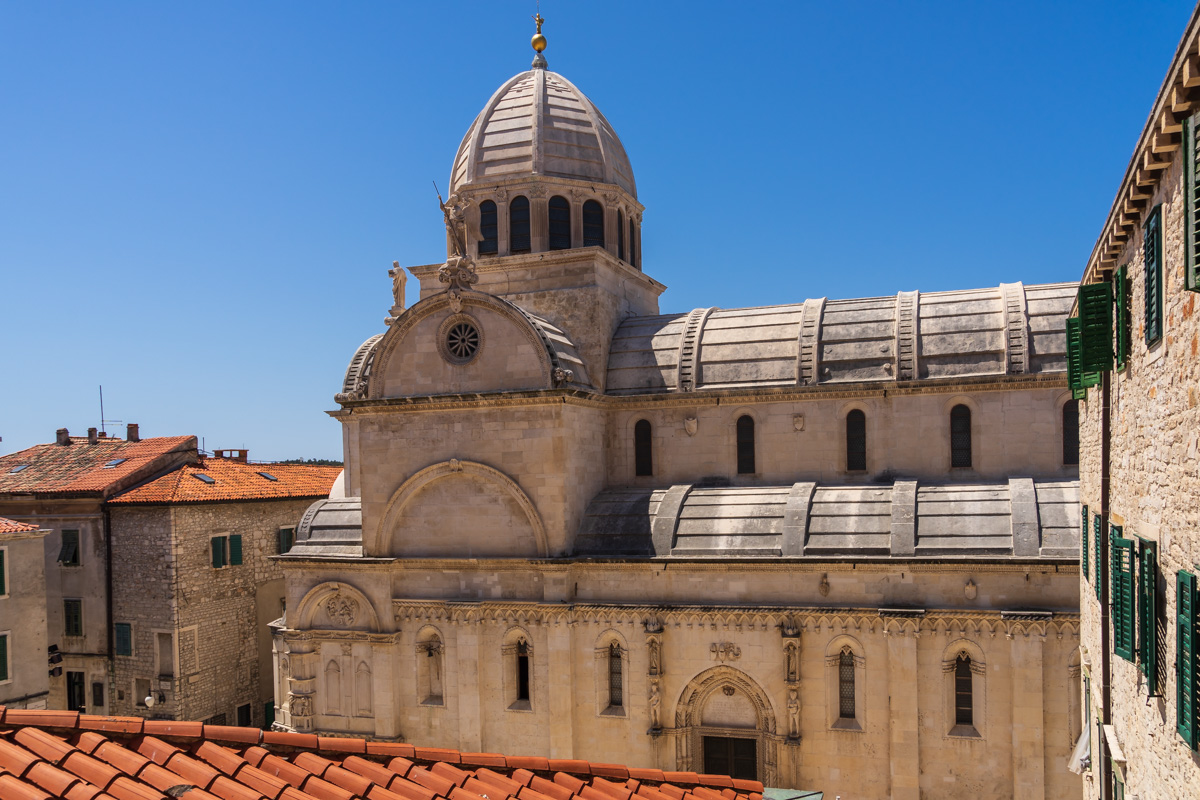 And a different angle from another stairway. 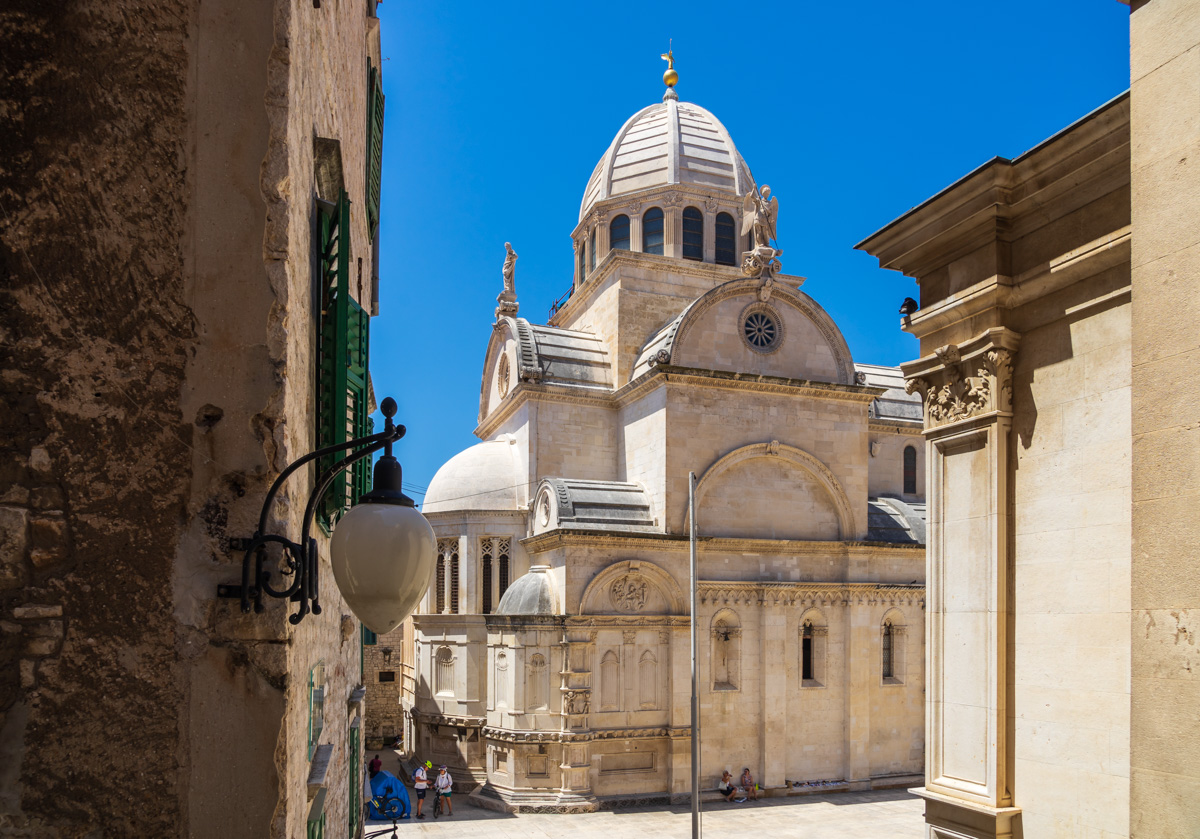 Exterior of the cathedral is full of interesting features, the most striking of which is the band of human faces (numbering 71 in total). 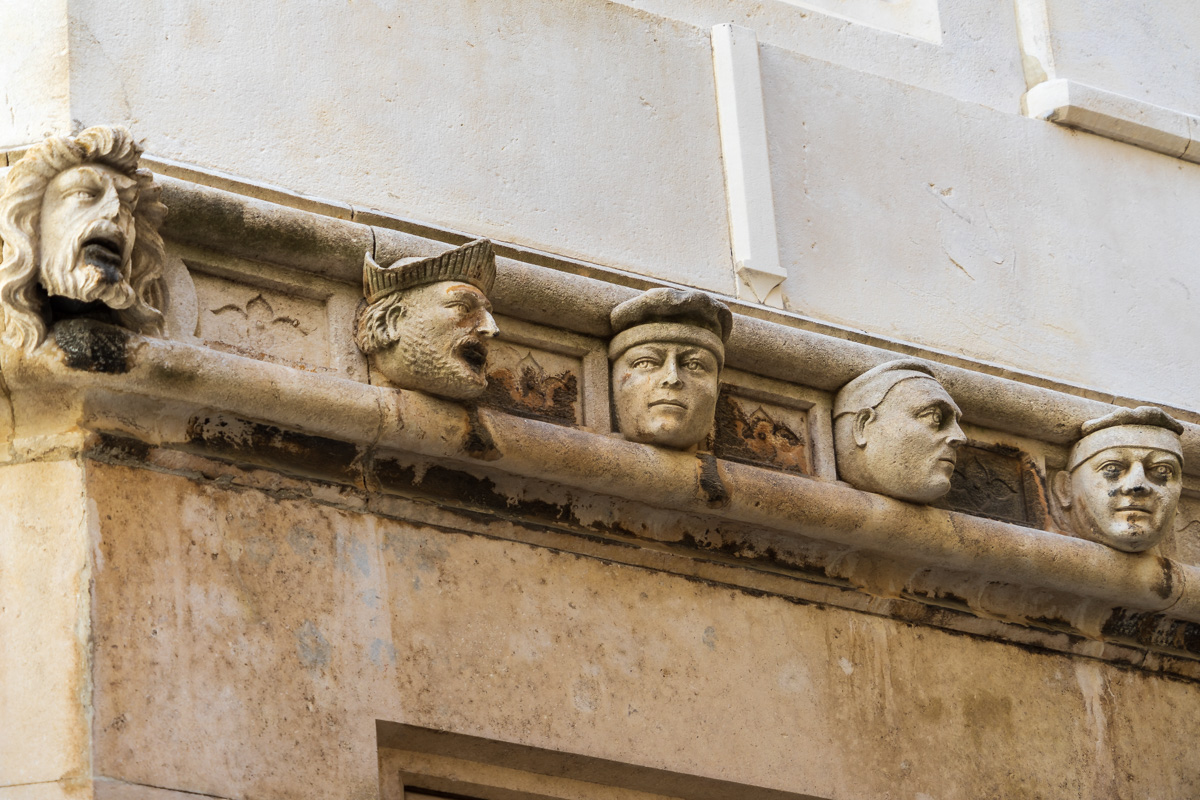 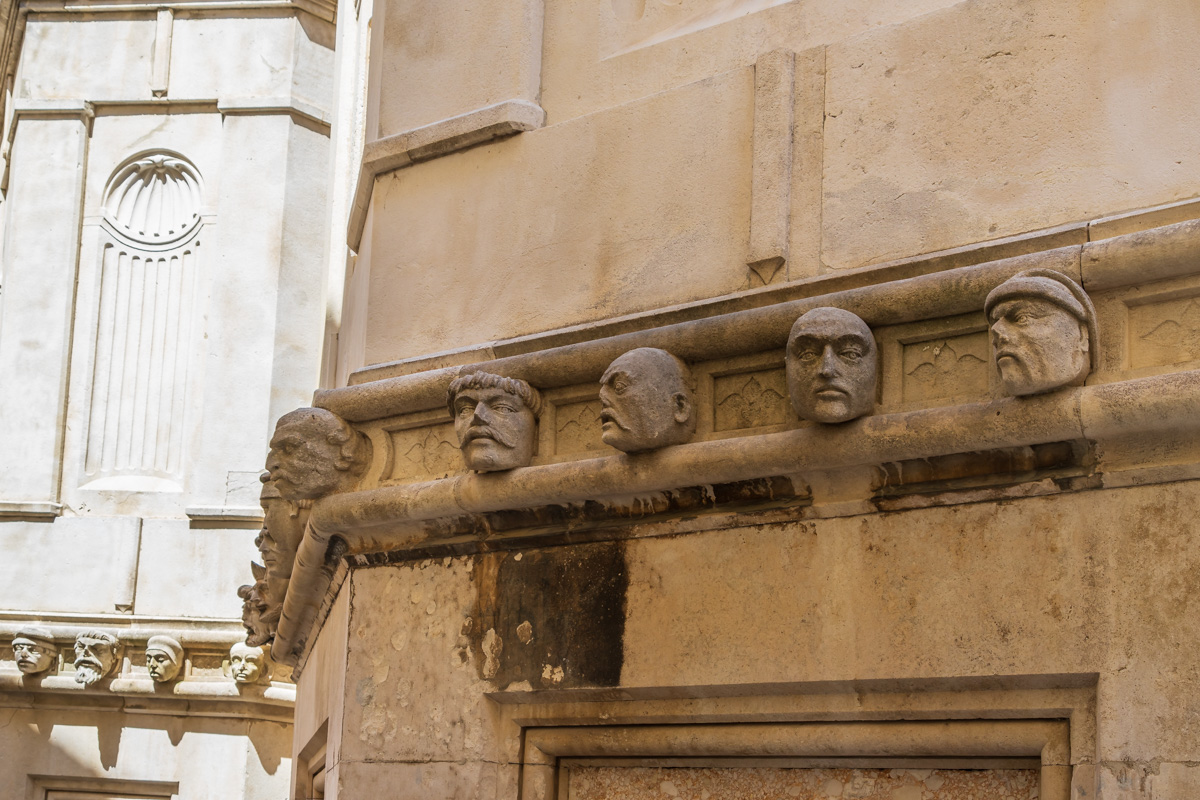 One of the portals. 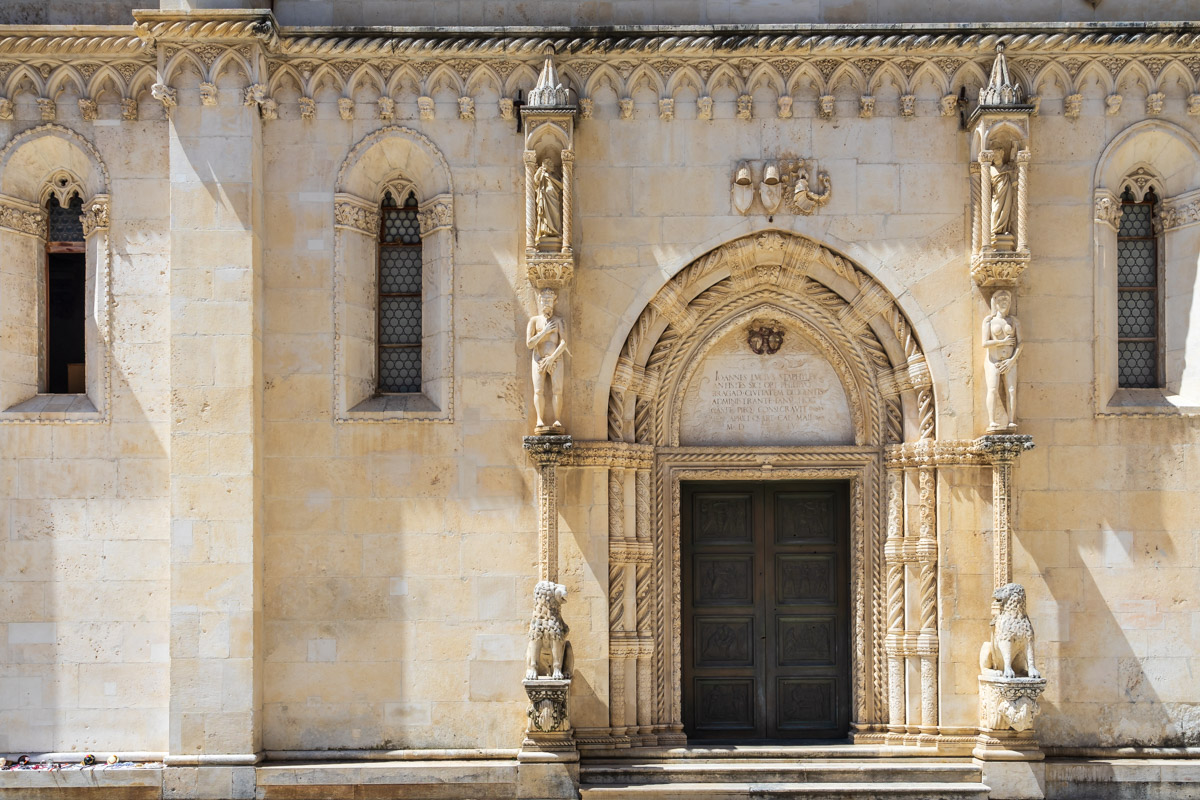 And a few other details. 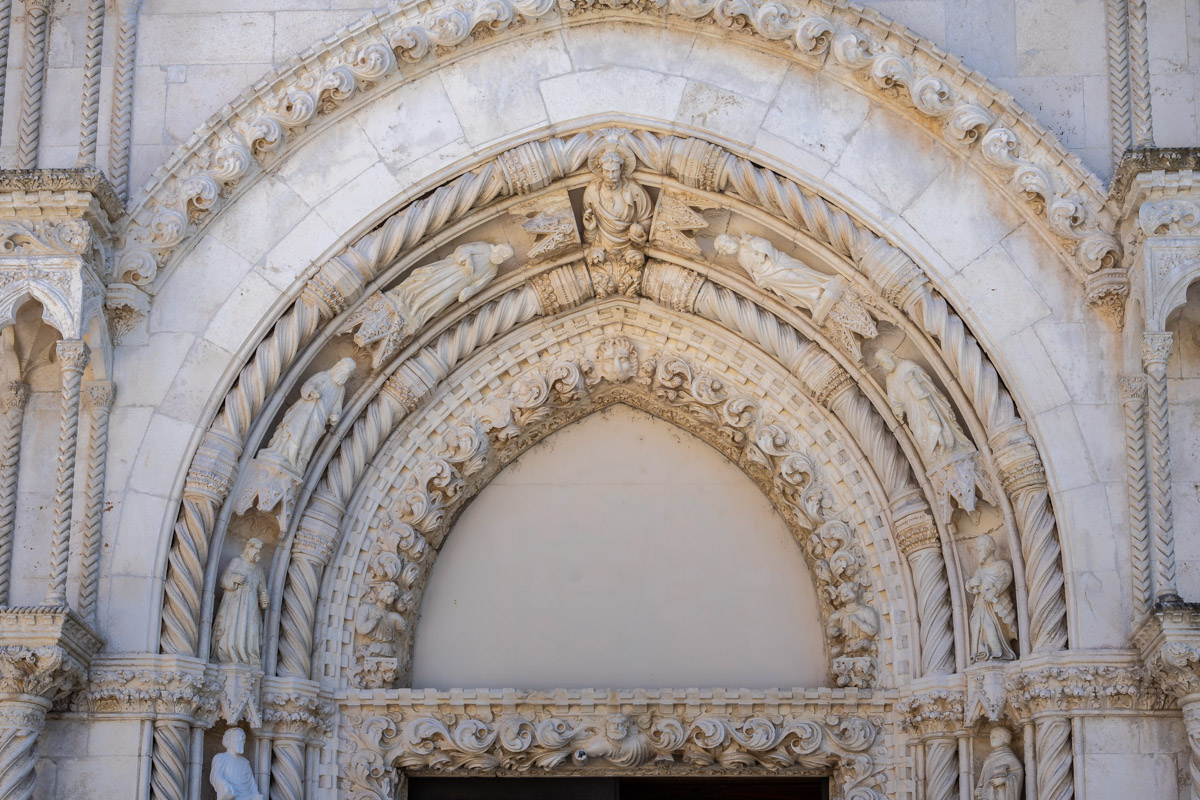 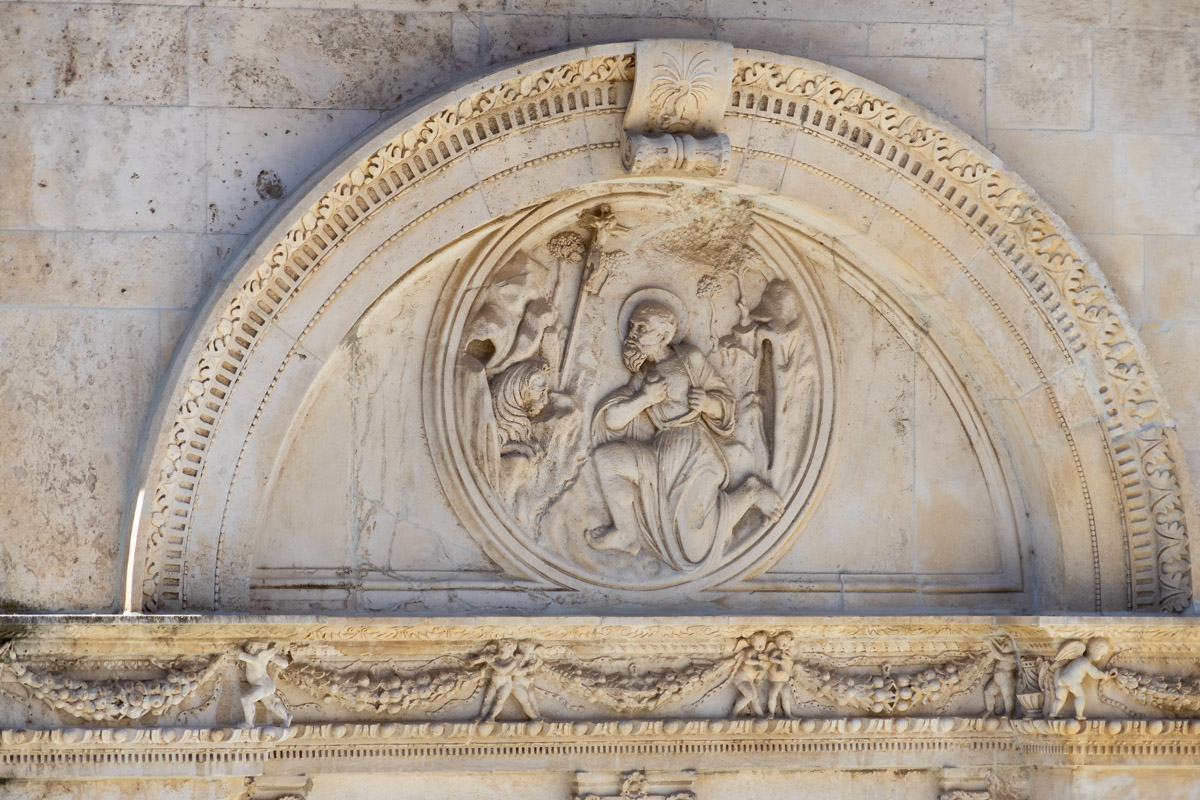 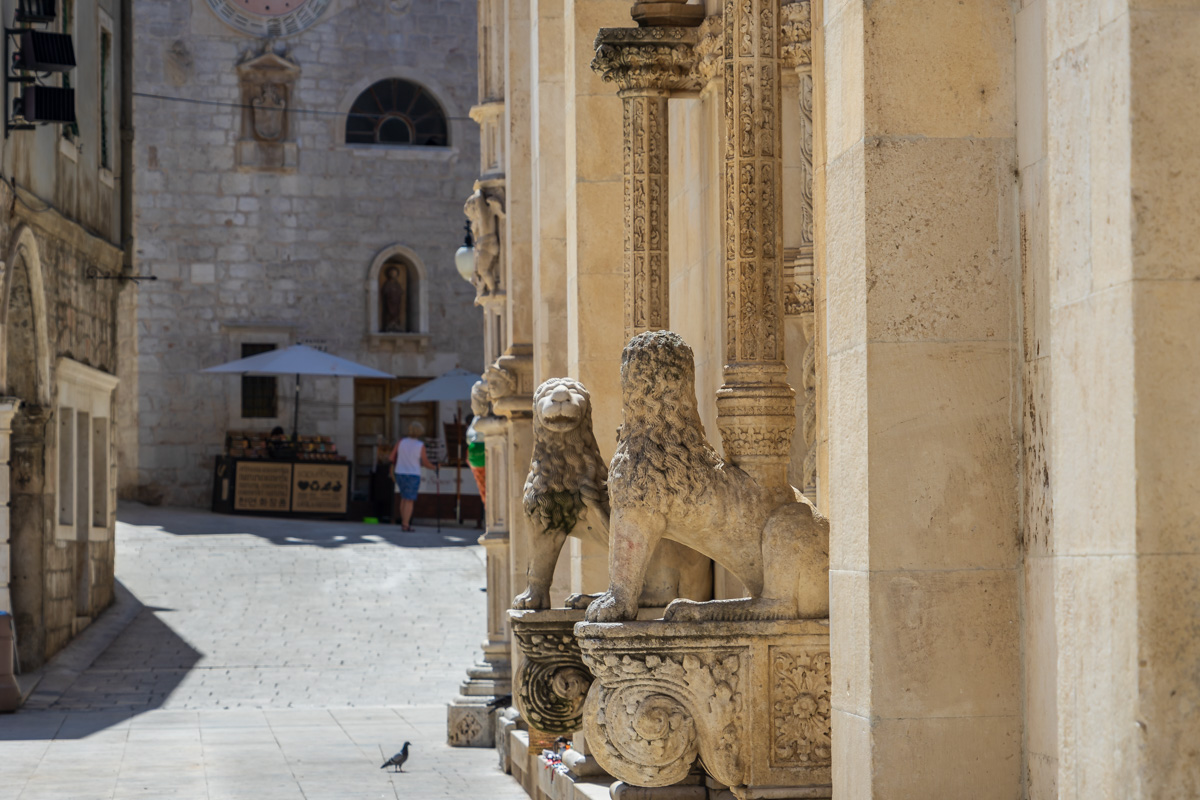 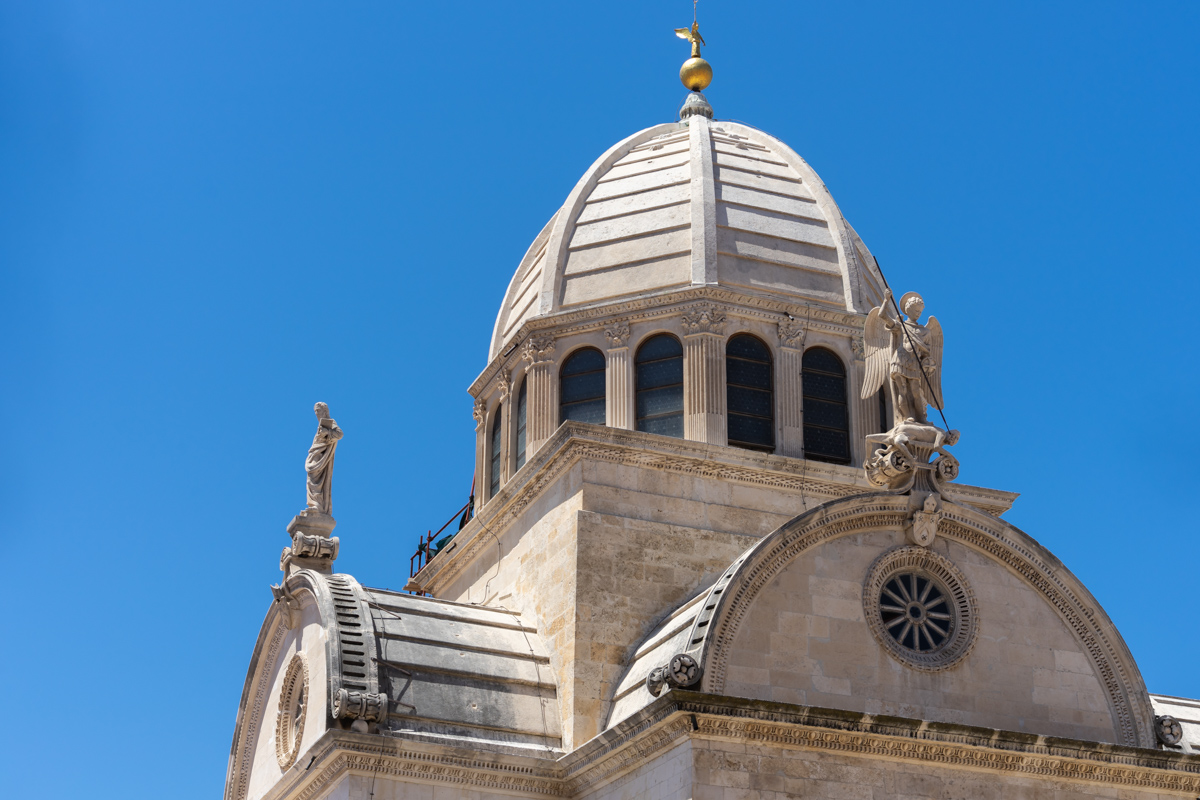 The interior of Saint James did not strike me as having extraordinary features that I have not seen elsewhere. It is also relatively small. Nonetheless, beautiful decorative elements can be found throughout the space. 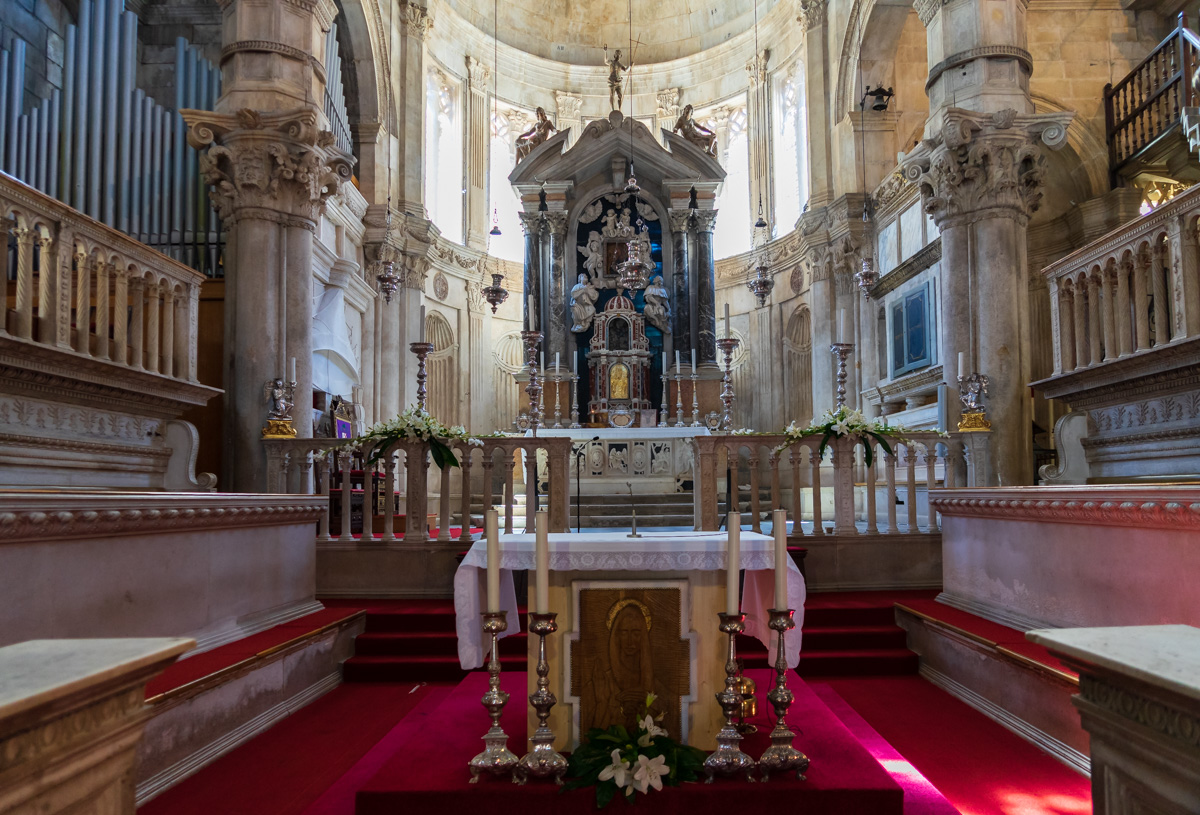 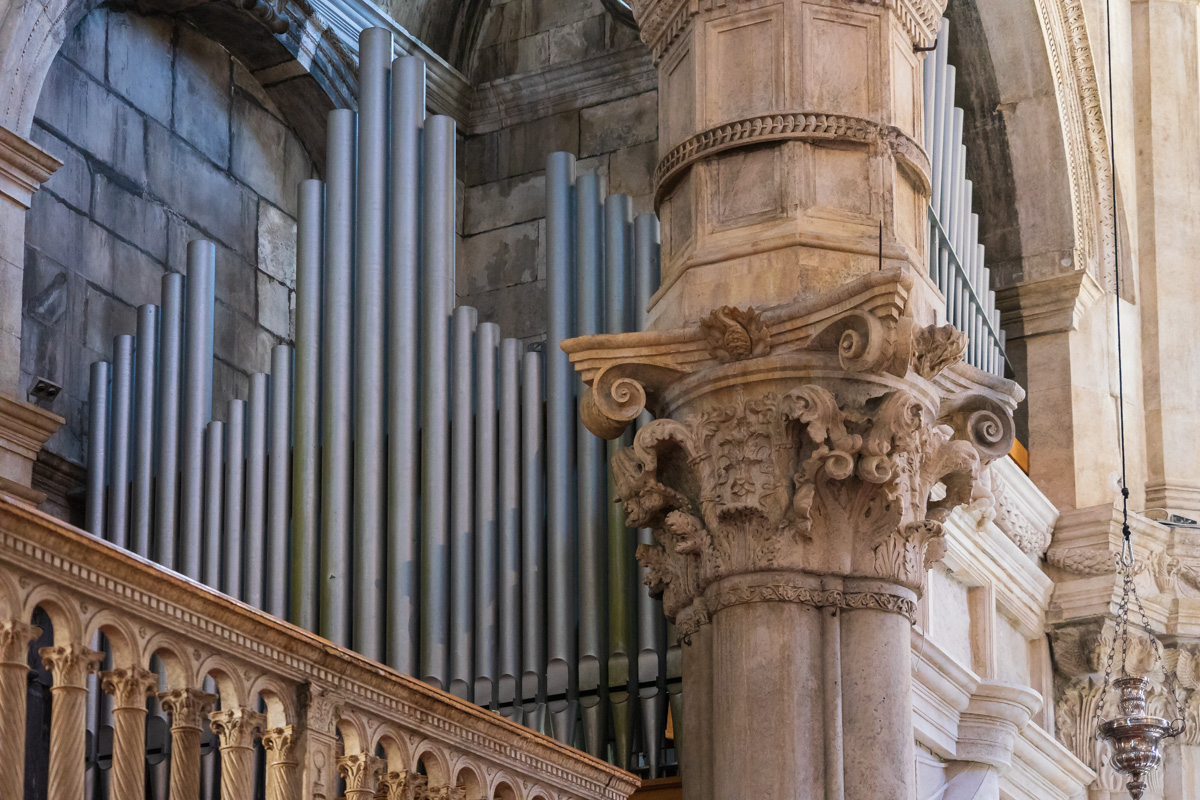 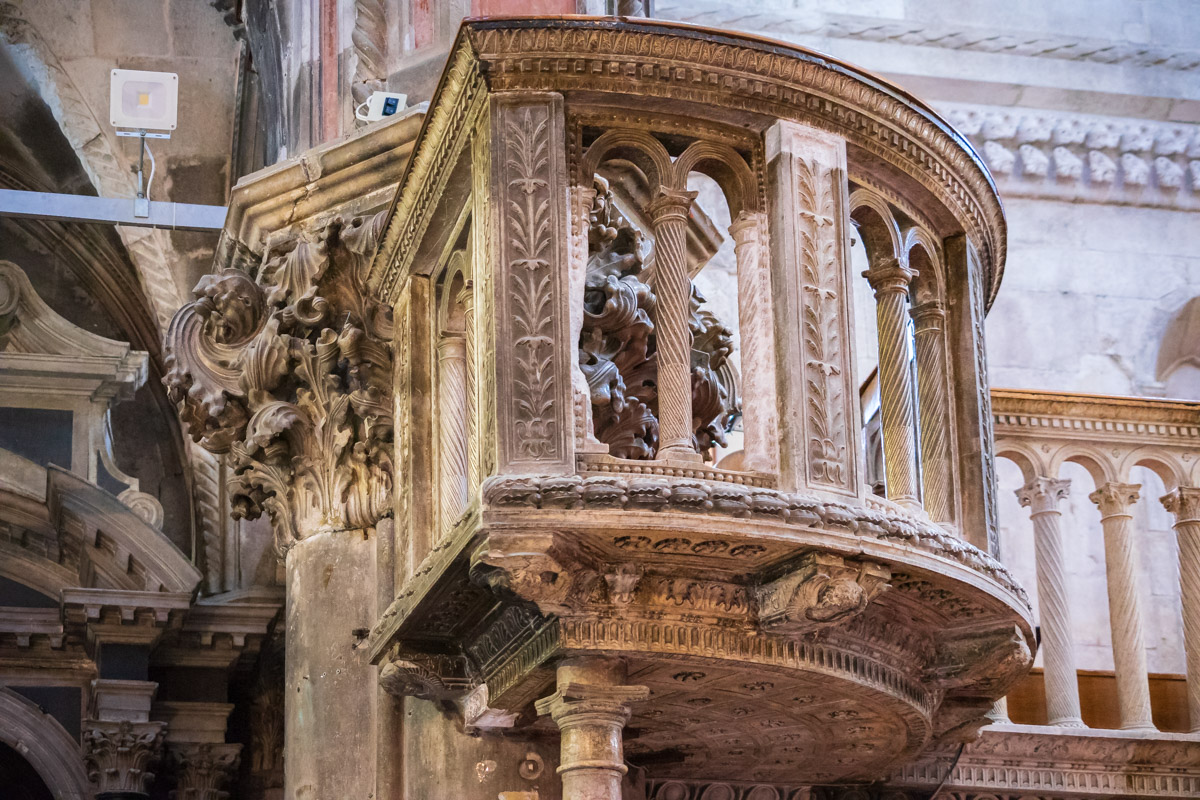 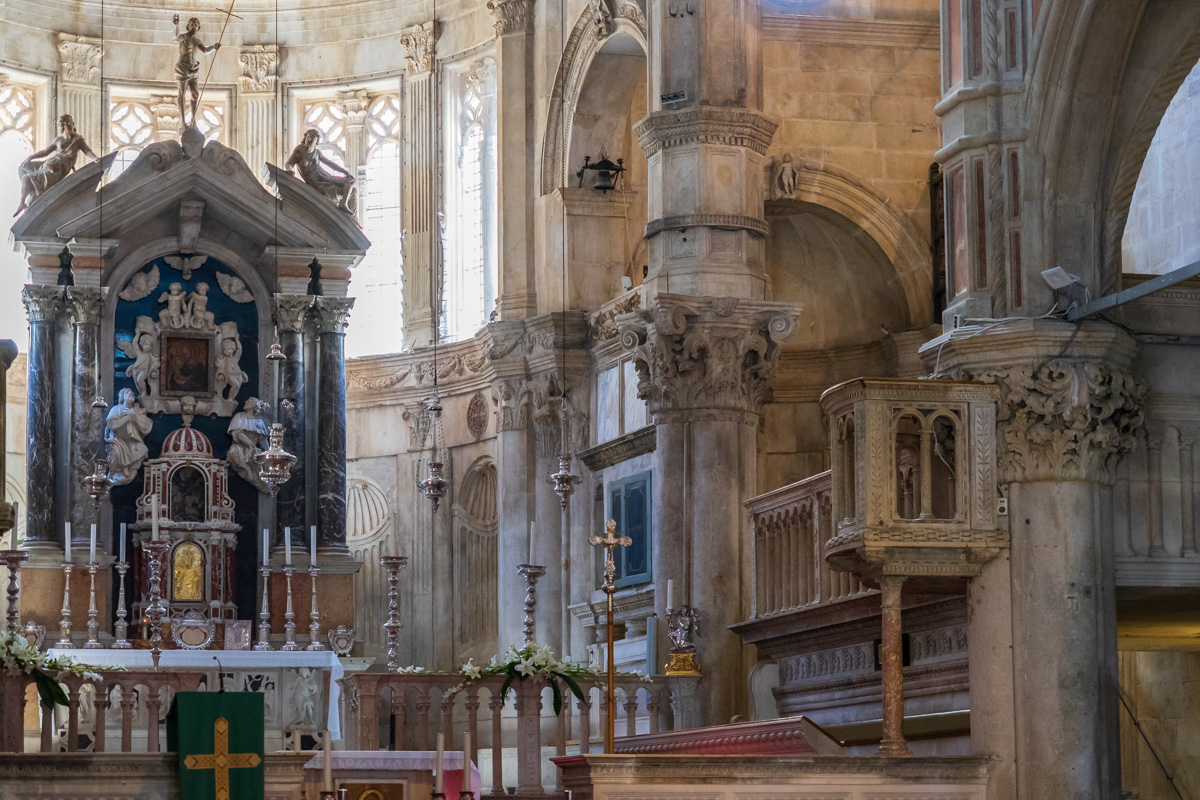 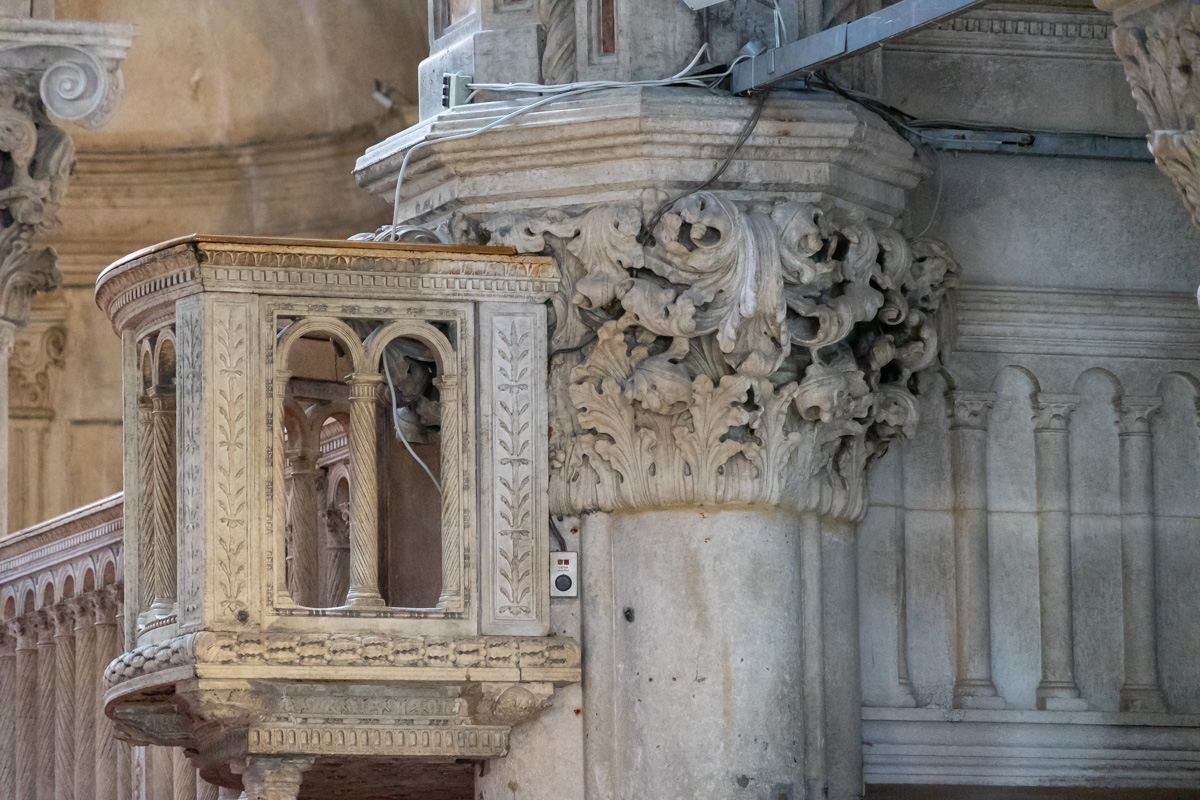 The cathedral ceiling shows off a grungy vibe without even trying. 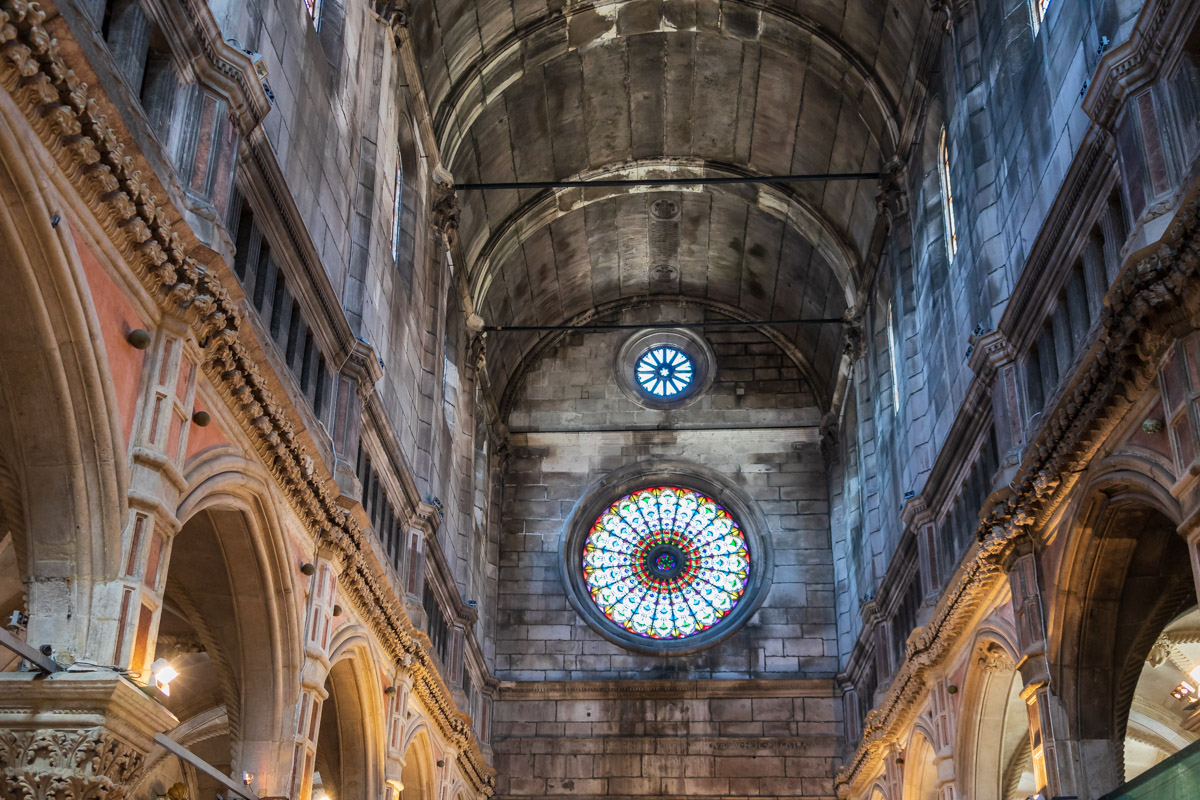 But the stained-glass rose window is lovely. 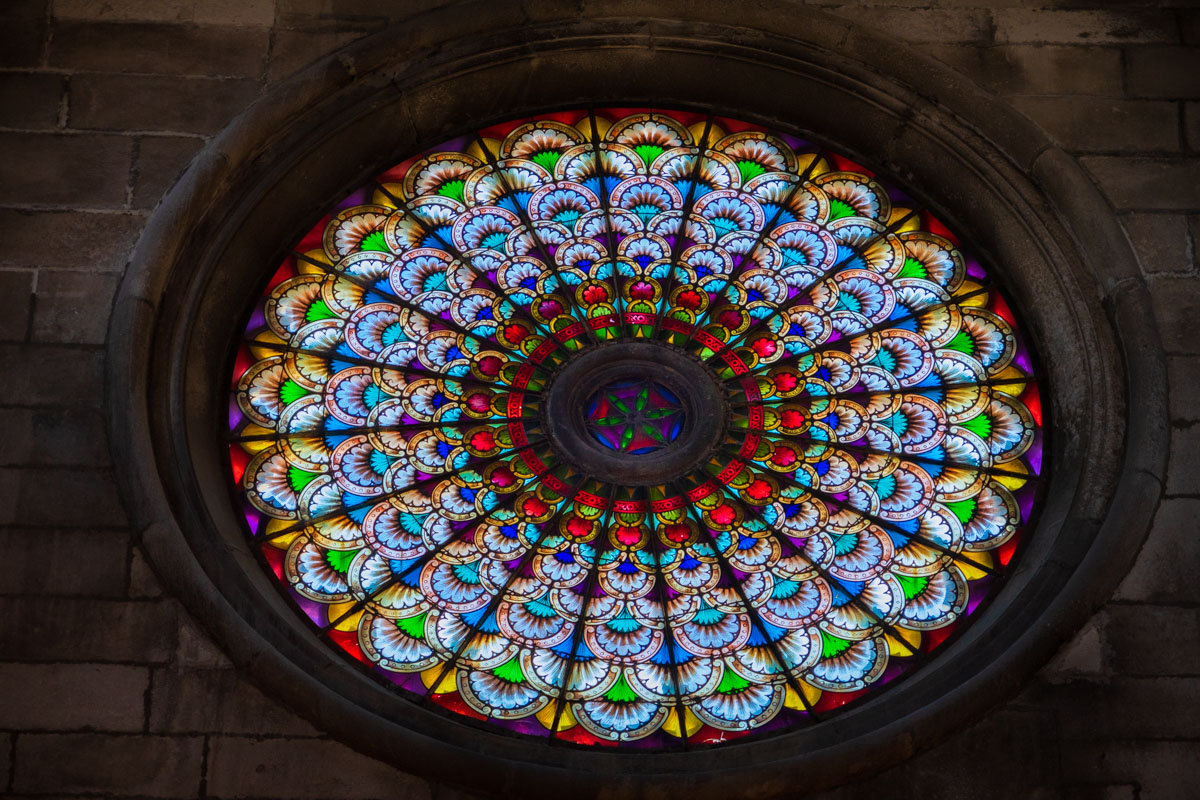 The largest open public space in the old town is predictably the square on which the cathedral stands. 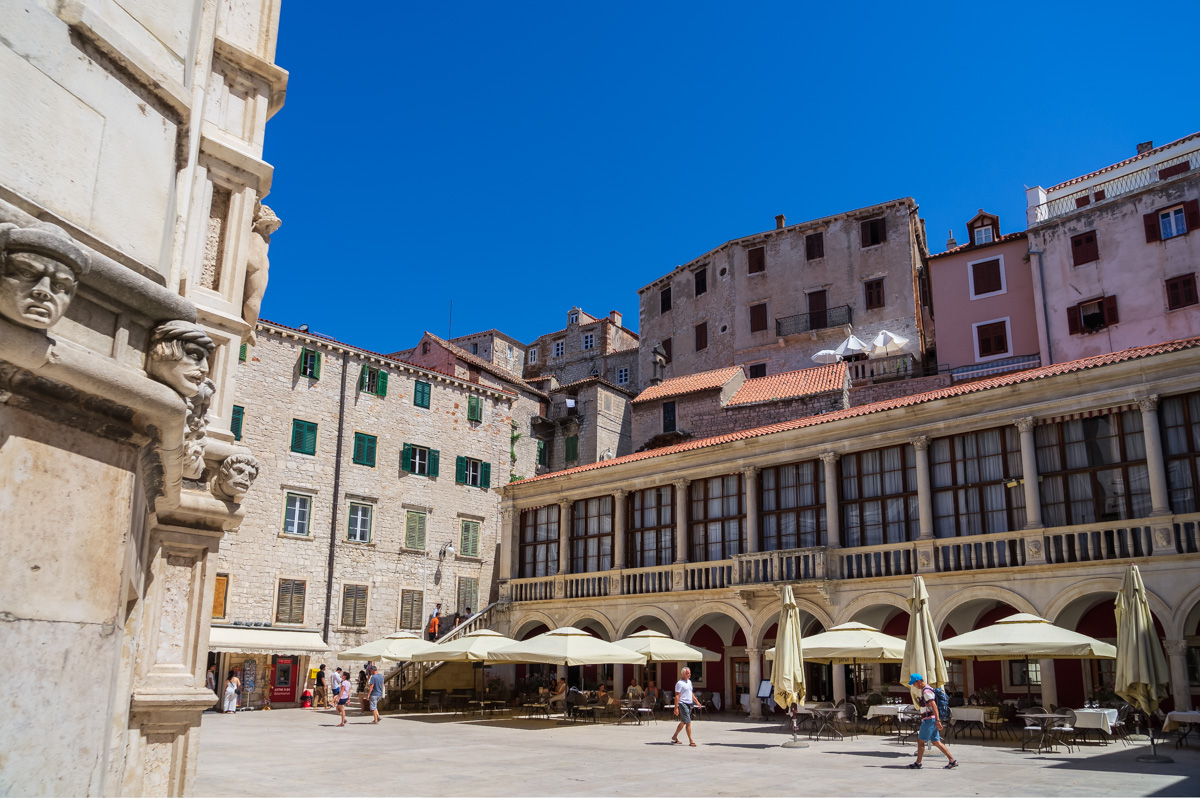 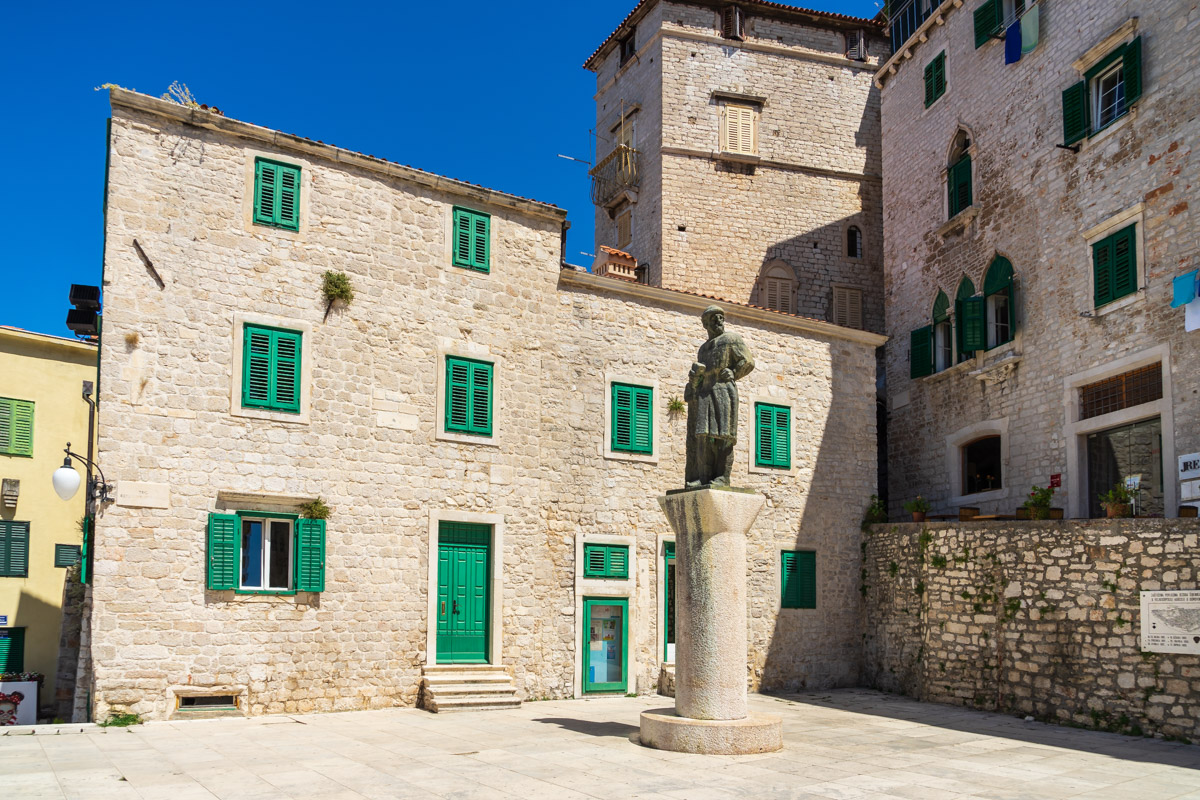 The statue is that of Giorgio da Sebenico (known in Croatian as Juraj Dalmatinac), the master architect during the first 30+ years of the cathedral’s construction.

The streets in the historic core look like this… 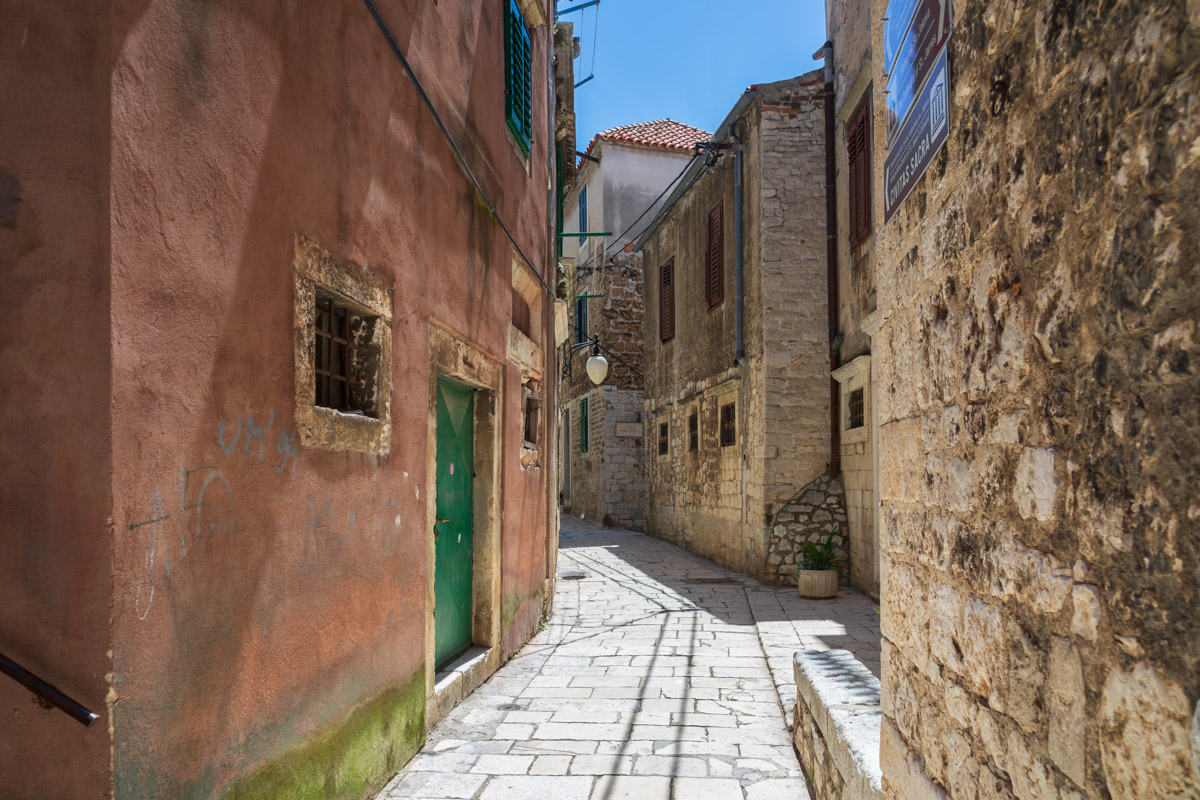 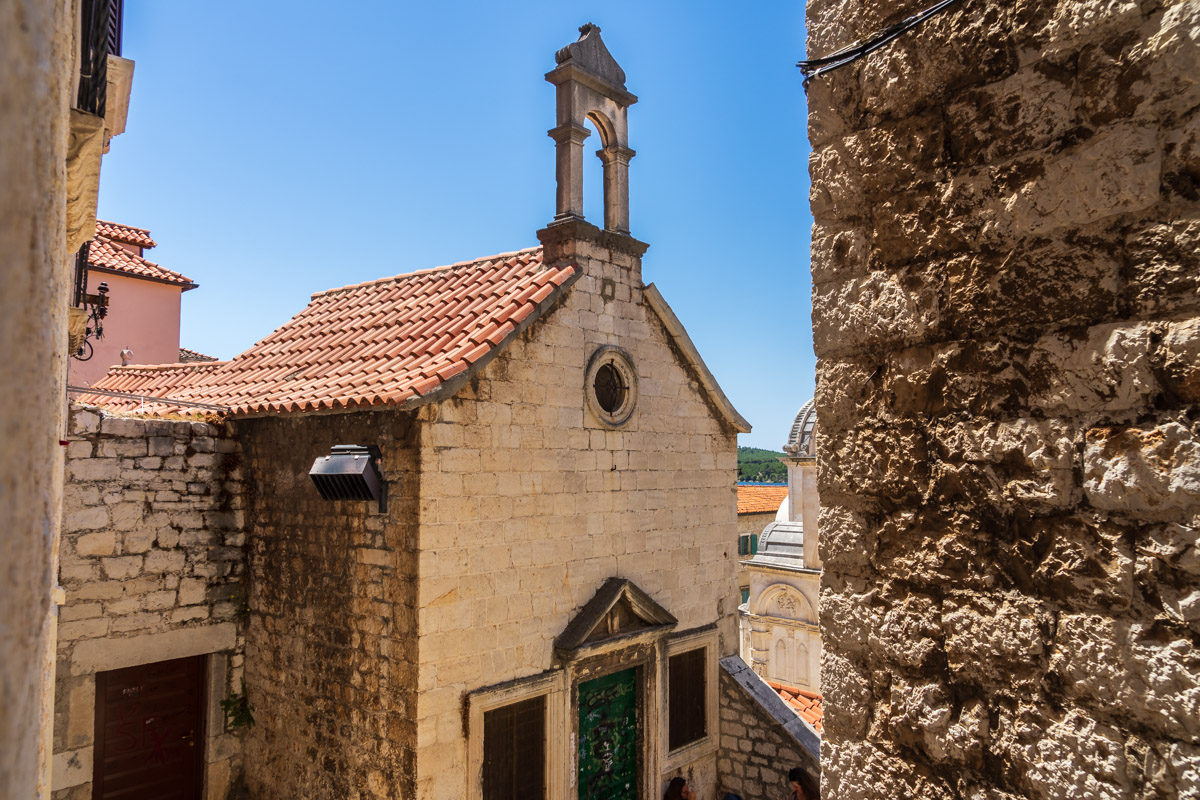 There are several minor churches, museums, and monasteries that you can see in Šibenik, but we only stopped by the garden of the Monastery of Saint Lawrence, a good quiet place to relax. 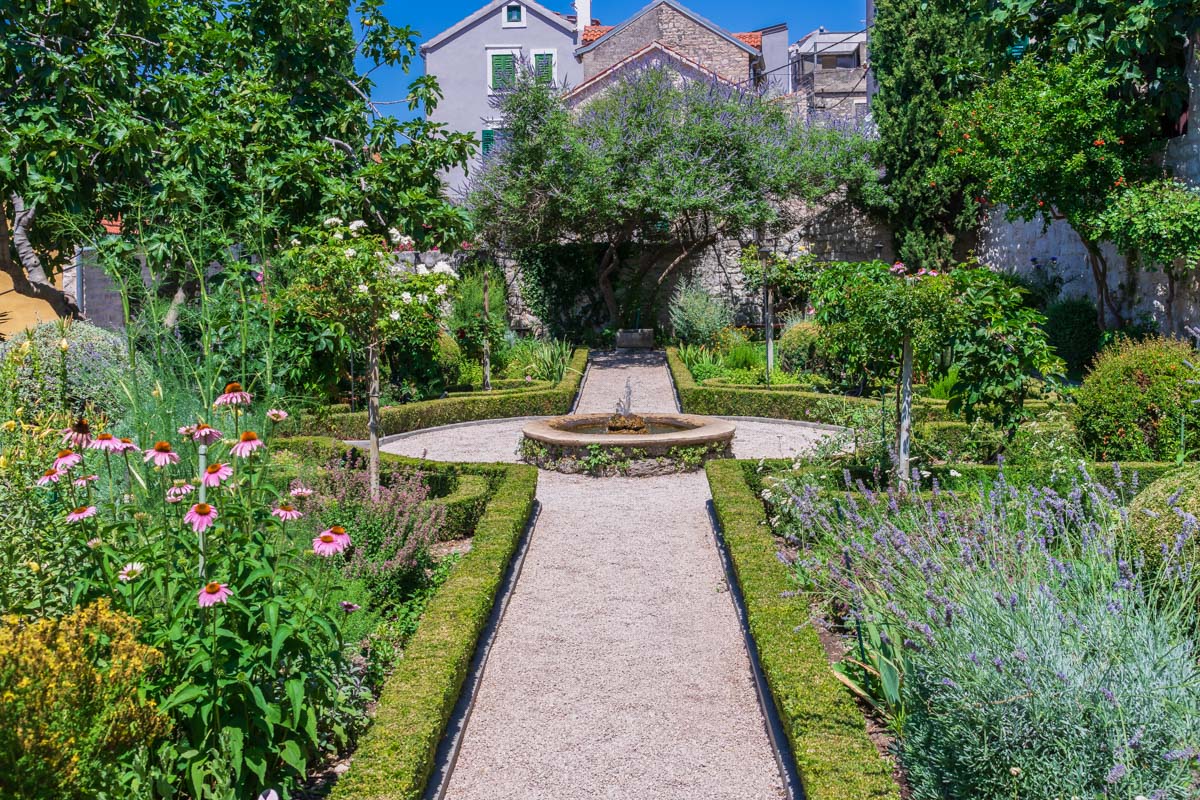 For the final shot of this essay, here is the look onto the central Šibenik and the dome of Saint James from the seaside promenade.

Šibenik can be reached in about an hour by car from central Split. A couple of hours should be sufficient to explore the cathedral and the surrounding precincts, but the visit could probably be extended to half a day with targeting additional points of interest.