The trip almost did not happen at the very last moment. We were waiting for boarding our outbound flight only to be told that it was cancelled due to mechanical problems. Three hours standing in ticketing line later, the best we could do was to rebook ourselves on a really roundabout way of reaching our destination: instead of flying through London to Split, we would fly through Paris to Zagreb and then drive 4 hours to Split. That was the only option of flying in the next couple of days, and would still cost us almost two full days of our allotted time. We seriously considered cancelling the entire trip.

Fortunately, my lovely wife displays inexhaustible tenacity when it comes to our traveling arrangements. She spent nearly the entire night on the phone with various agencies and in the end rebooked us on a direct flight from Philadelphia to Dubrovnik, from which we would drive to Split in a bit over 3 hours, thus losing less than a day from our initial plans. That direct flight had only been introduced in the last few months (otherwise we would probably use it in our original travel configuration) – and we remain baffled why it took so long for it to pop up as a workable resolution once we started looking – but the important thing was that the vacation was saved.

We dropped one of the less sightseeing-intensive days from our original plans and later replaced one highly popular but likely tiring target with a less strenuous equivalent. Nonetheless, we visited over a dozen interesting places in just over 8 full days. We spent time in 3 new countries for us (Bosnia and Montenegro in addition to our bases in Croatia). We swam on beaches up and down the Adriatic Coast. I added 7 World Heritage locations to my visited count. (UNESCO incidentally just inscribed 2 more places that I had visited in the past, so my count actually went up by 9).

Overall, we loved Croatia. It is unlikely to budge Italy or Spain from the top of our list of favorite countries, but it has all of the ingredients of a great place to visit: people, history, food, wine, architecture, nature, beaches, you name it. As always, I have hundreds of gigabytes of photographs to work through and I will share my best impressions of all the places that we visited in this space (after finishing the remaining couple of places from the springtime Portuguese trip).

For a teaser, a tiny slice of paradise that is the bay of Lopud. 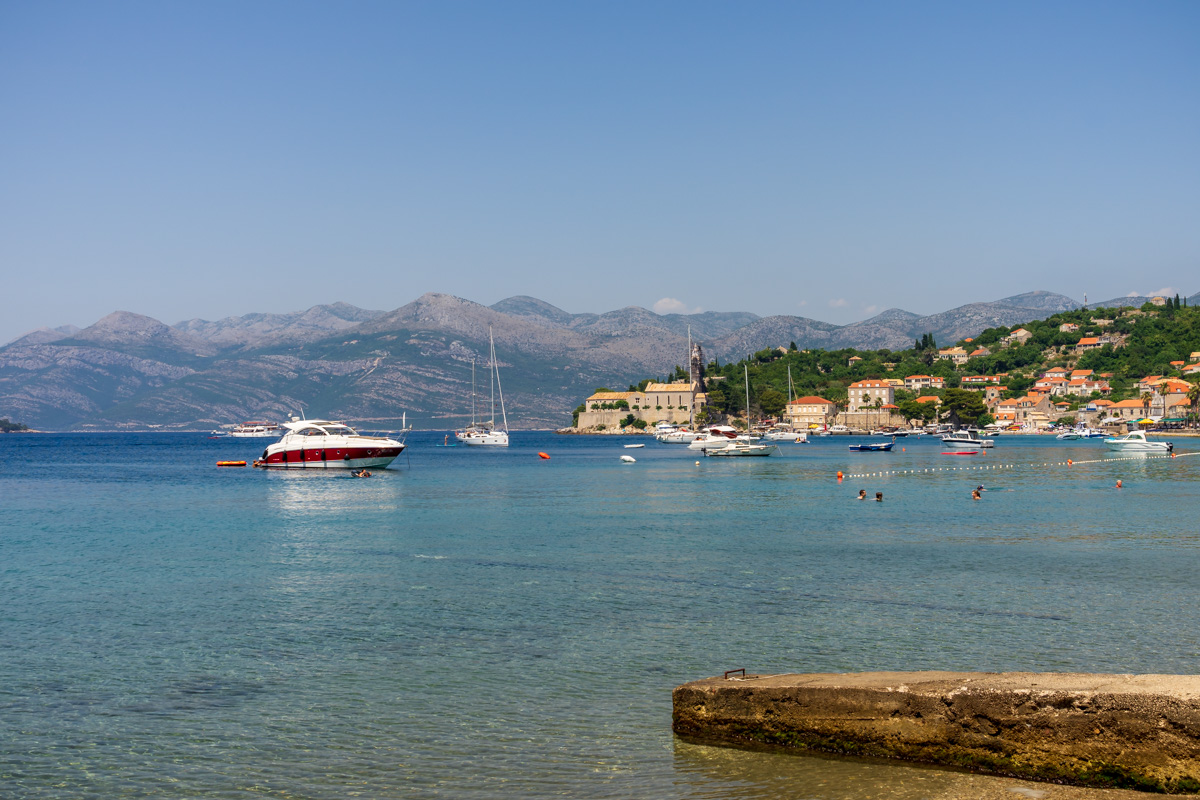