We started our exploration of Lisbon with a morning trip to Belém to take a look at the World Heritage site that consists of a monastery and a commemorative harbor watchtower. Together, this complex is recognized as representation of Portuguese power during the Age of Discoveries.

Here is the perspective along the façade of Jerónimos Monastery. 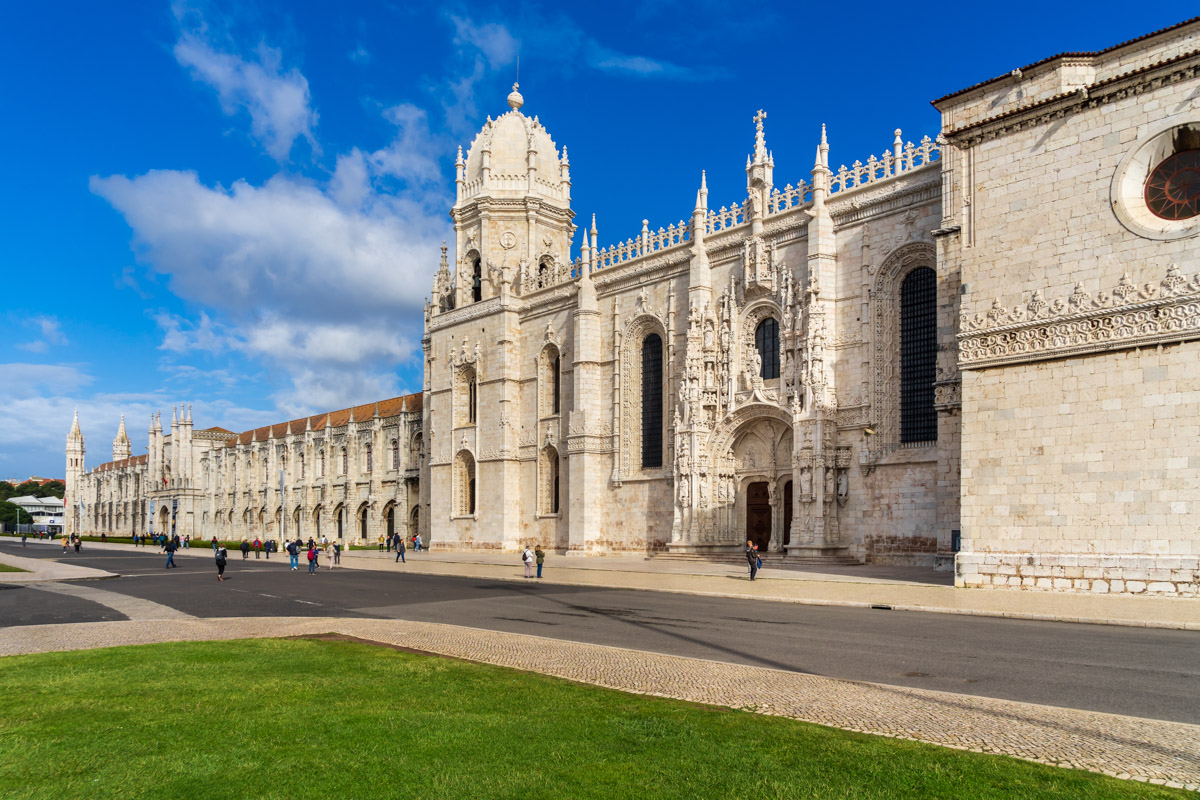 And the undoubtedly Manueline main portal of the church of Santa Maria de Belém. 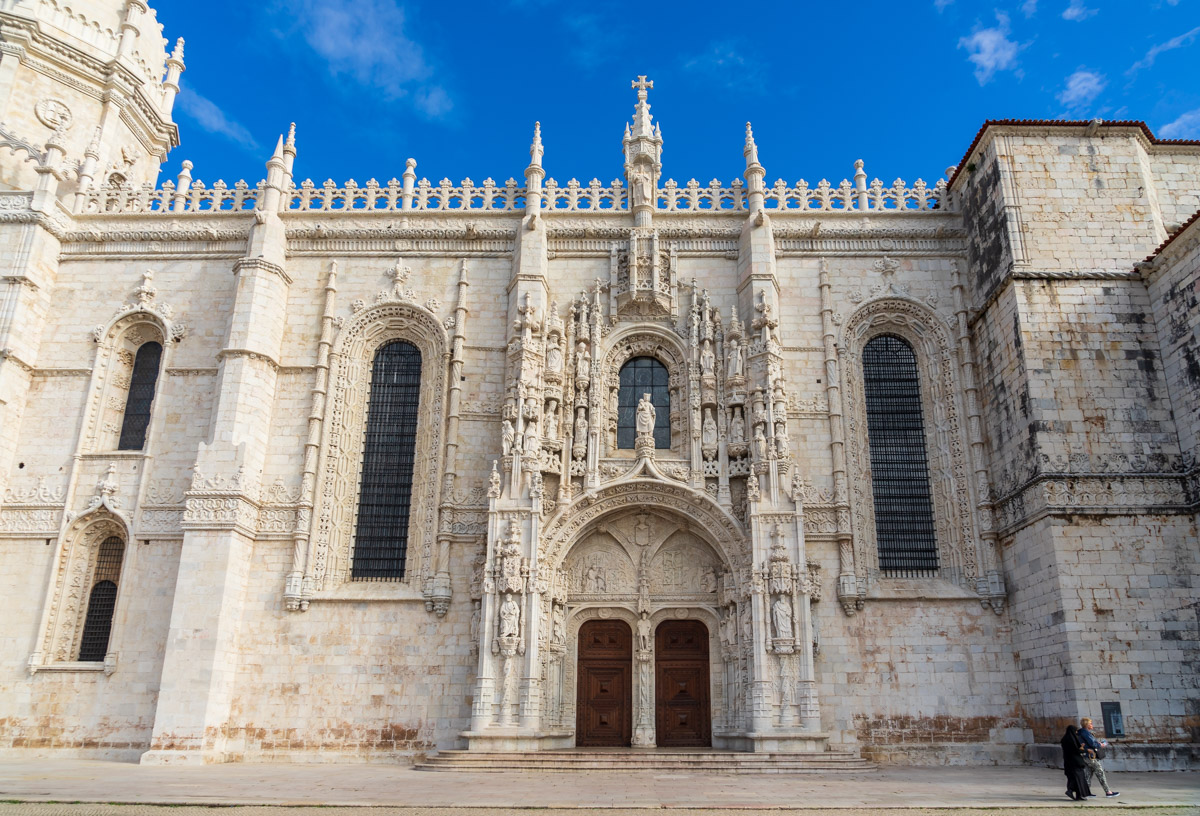 There is a corollary of Murphy’s Law, formulated by yours truly, which states that on a given multi-leg travel itinerary, no matter the preparation, there has to be at least one instance of logistical screw-ups or bad decisions. Our trip to Belém was such an instance. We made not one but two bad decisions in quick succession. The first was the order of visits. I have read in a number of travelogues that the line to enter the monastery grows much larger than the one for the tower, so I decided to start with the monastery at the opening time. What I did not account for is that the use of Lisboa Card allowed skipping the line at the monastery – but did not allow the same at the tower. When we walked up to the tower later in the day, the line to enter was long enough to herald at least 45 minutes of waiting. 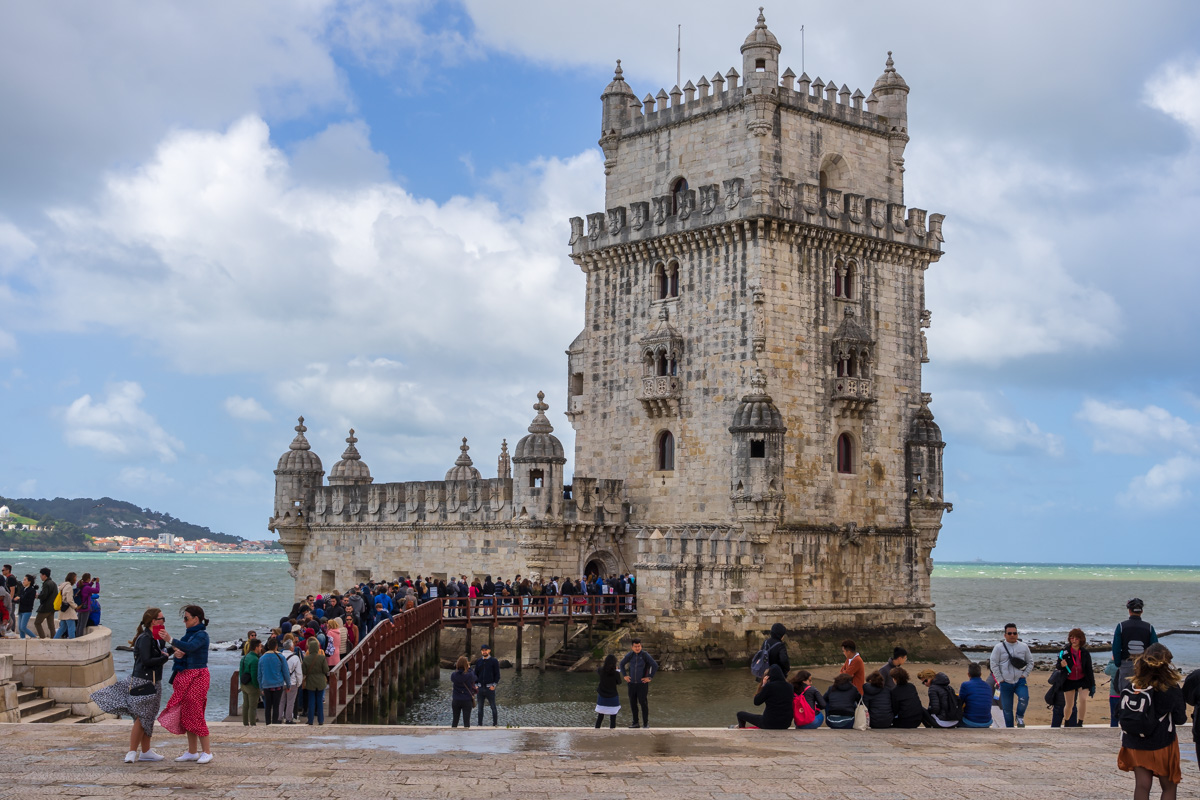 At this juncture of my life, I very rarely join a long line. Instead, I took a couple of exterior photos and we continued on to our next point of the day’s itinerary. 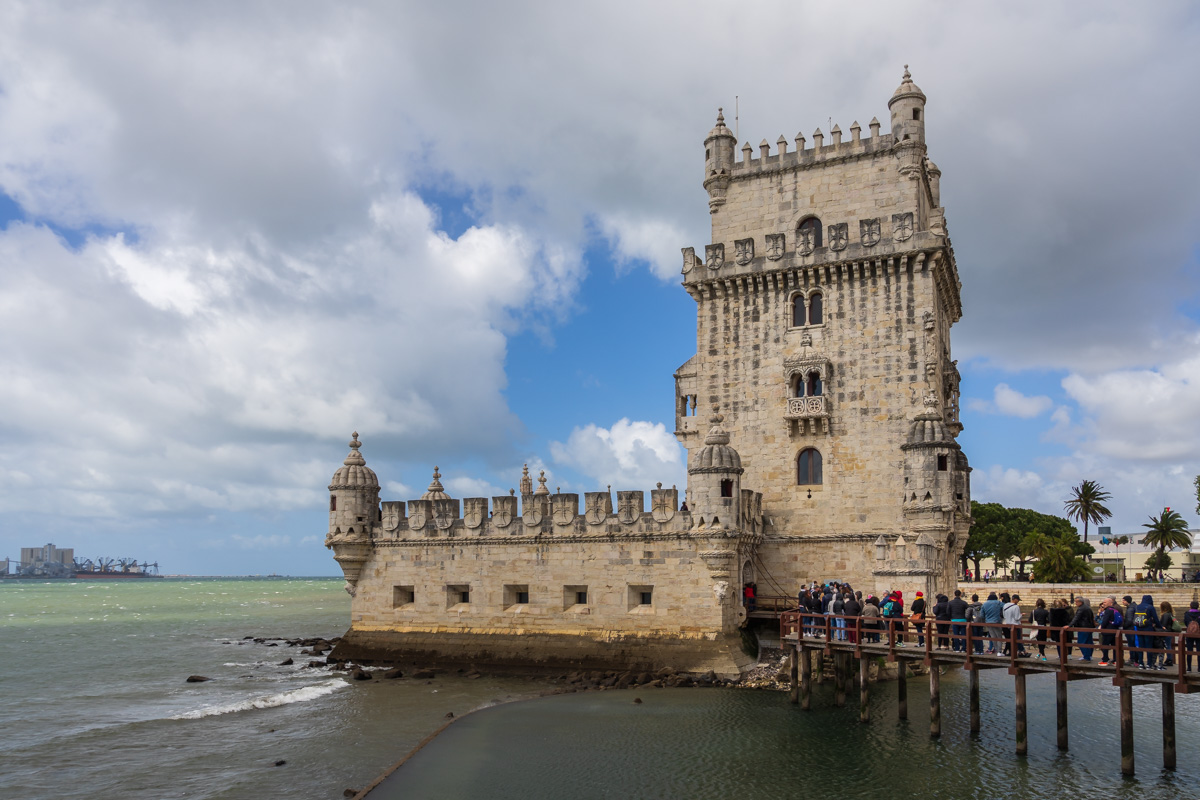 Since we entered the monastery earlier in the morning as literally one of the first few people, I assume we could have done the same at the tower if we decided on the sequence correctly. And afterwards, we would cut the line at the monastery with our Lisboa Cards without having to endure a wait.

But hold on! We did not actually enter the monastery among the first few people. Let me tell you about the second mistake.

In the opening shot, towards the left of the perspective, you can see another portal decorated with banners. This is where the line to buy the tickets forms. We did not need to buy the tickets – the aforementioned Lisboa Card allows free entry to many of Lisbon’s top attractions including Jerónimos Monastery. But we blithely assumed that portal to be the tourist entrance to the complex, ignoring the banners that read “National Archaeology Museum”. Even as we entered the museum among the first few people – all of whom likely made the same mistake as us – it took good 20 minutes before we realized that if there was a monastery to see, we were not getting there until we exited the museum. (I have very little doubt that any true lover of archaeology will find that museum very much worth the effort to see.)

So, we found the entrance to the monastery proper a good half-hour after the opening hours started. 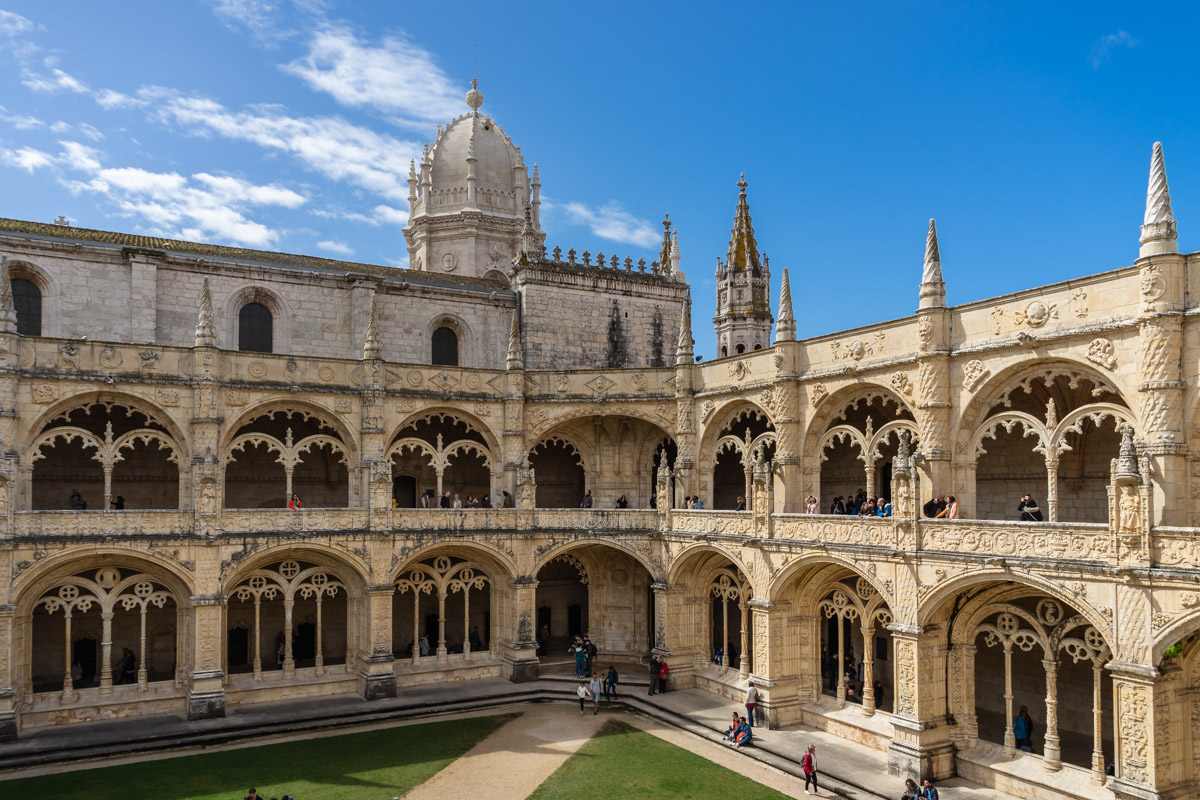 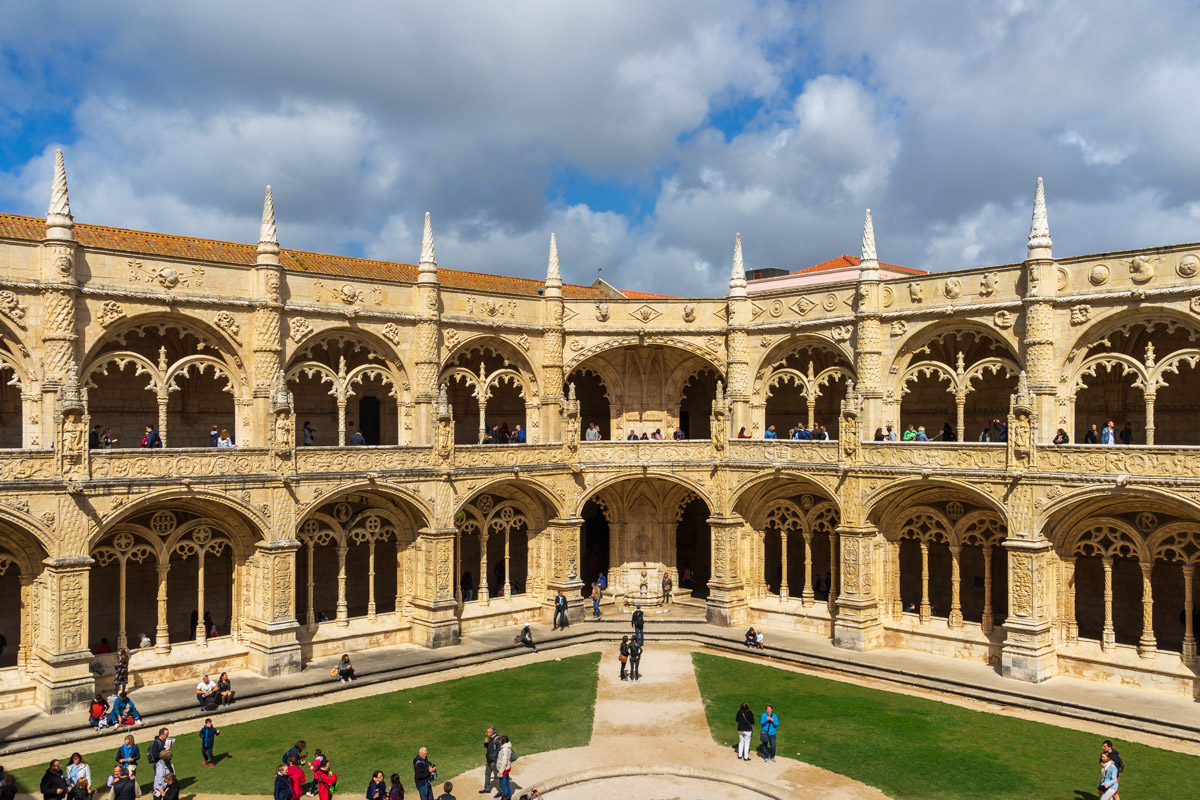 The present day monastery was started at the dawn of the 16th century. The main cloister here is definitely the most lavish example of Manueline decorative style, as its many details show. 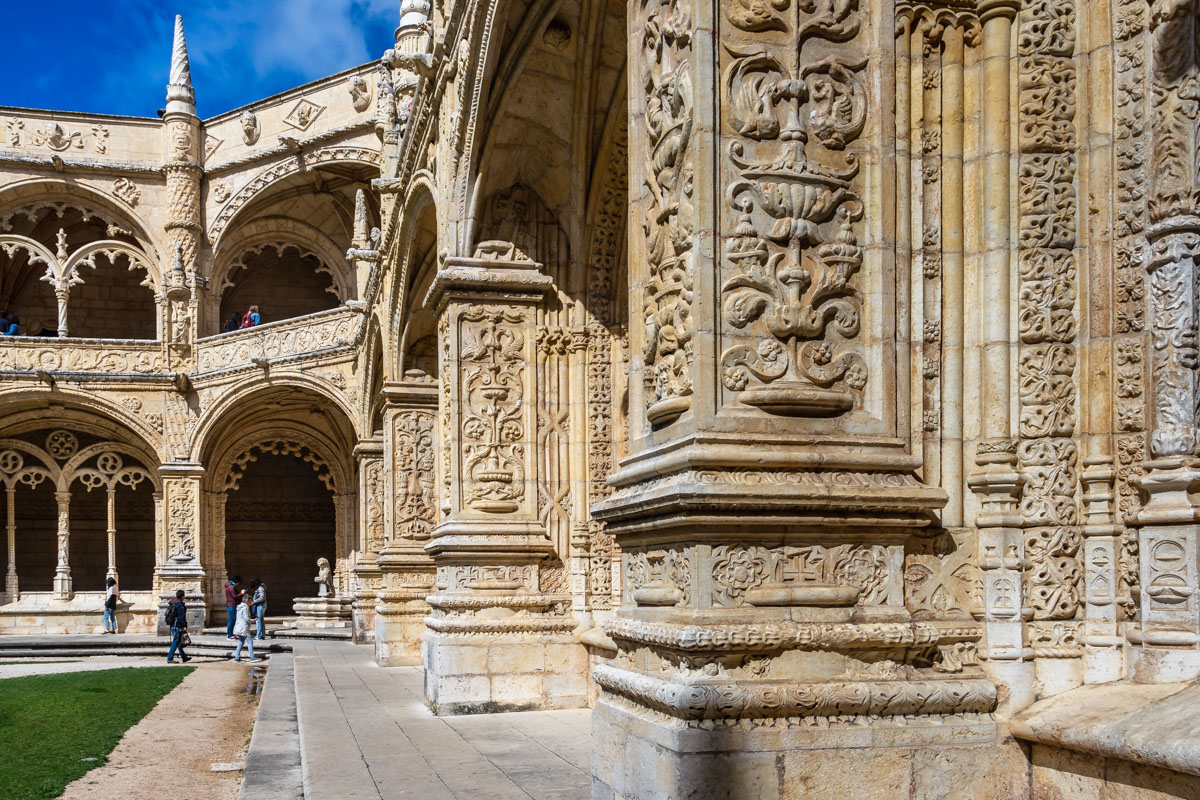 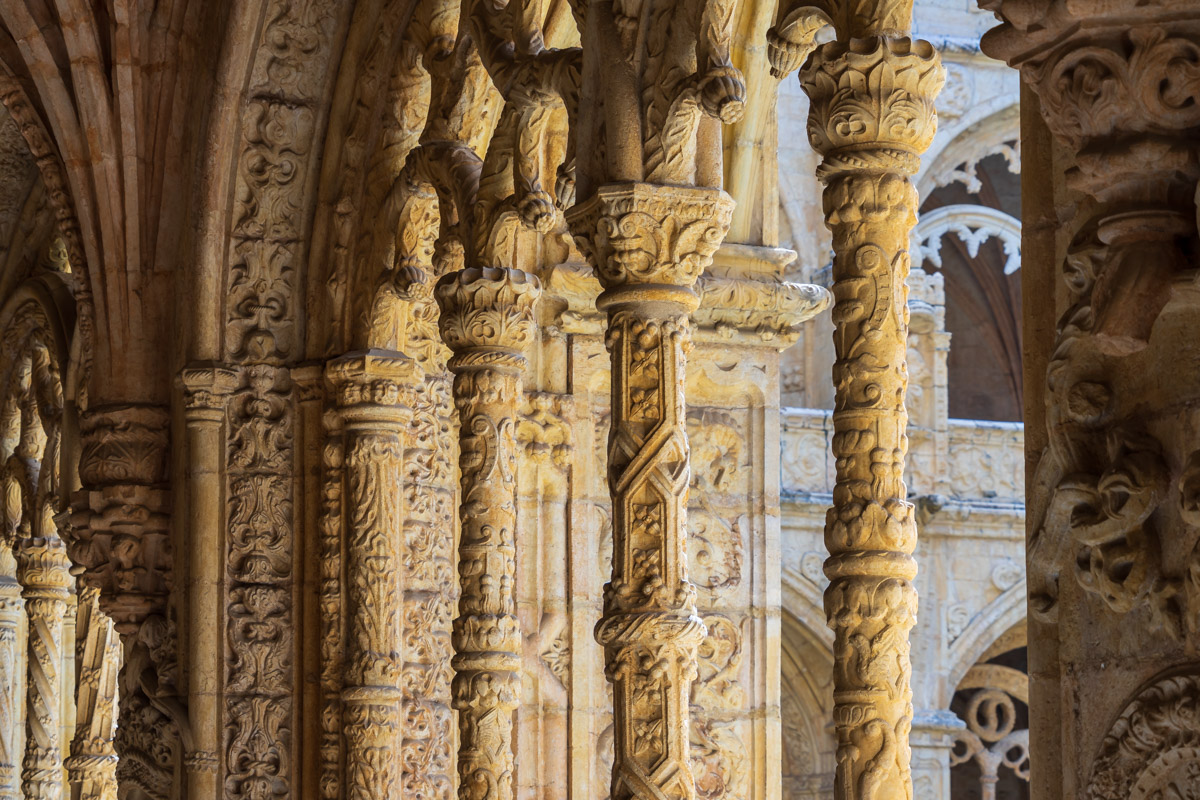 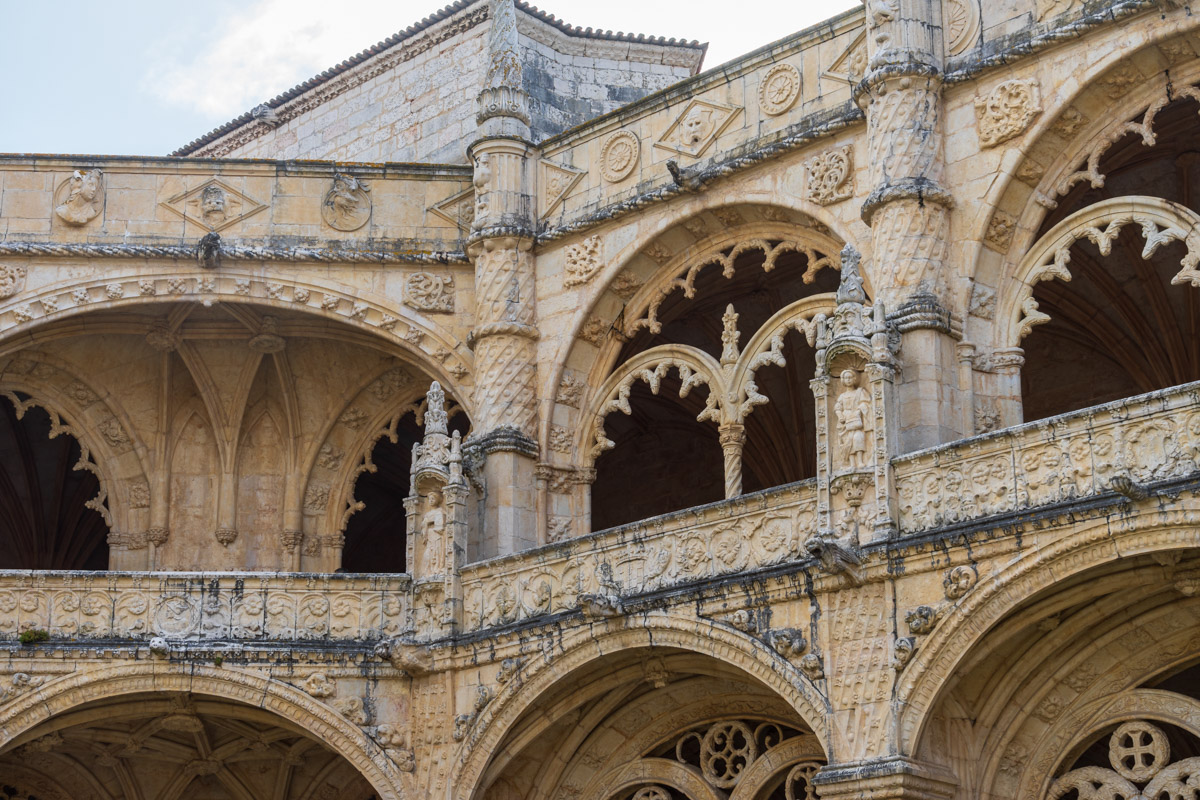 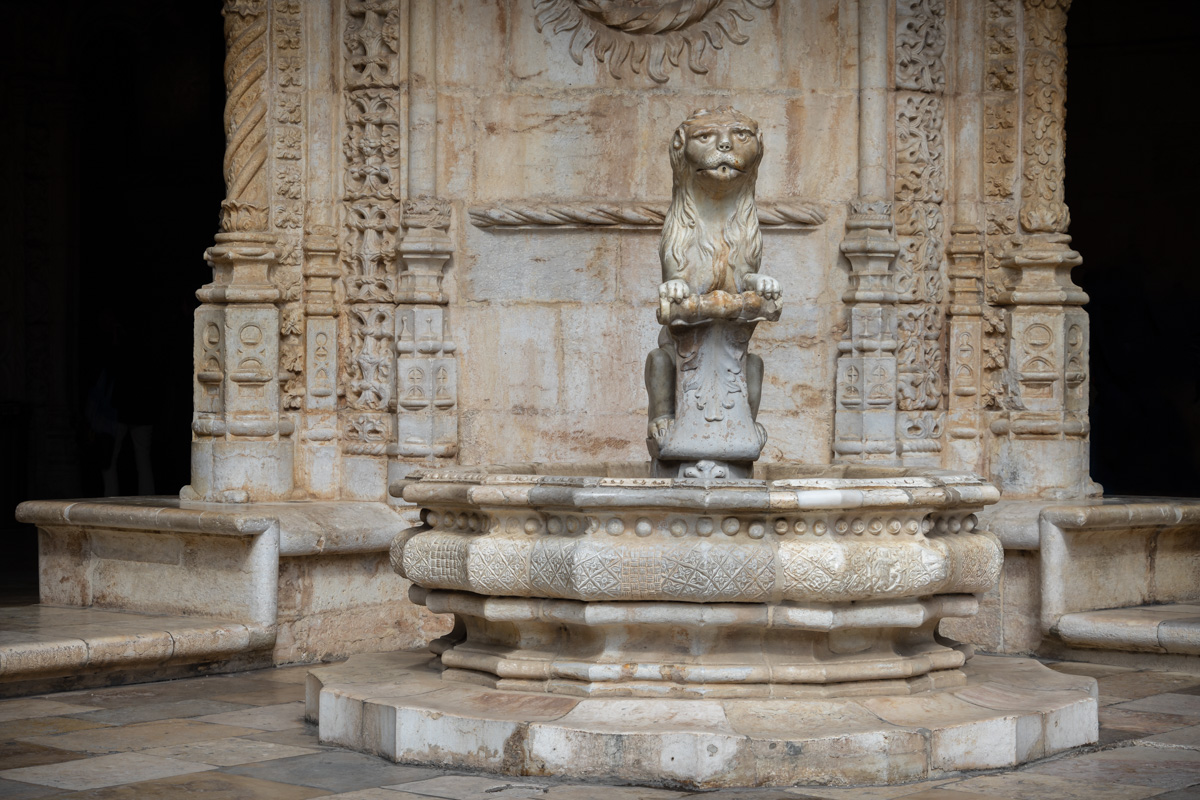 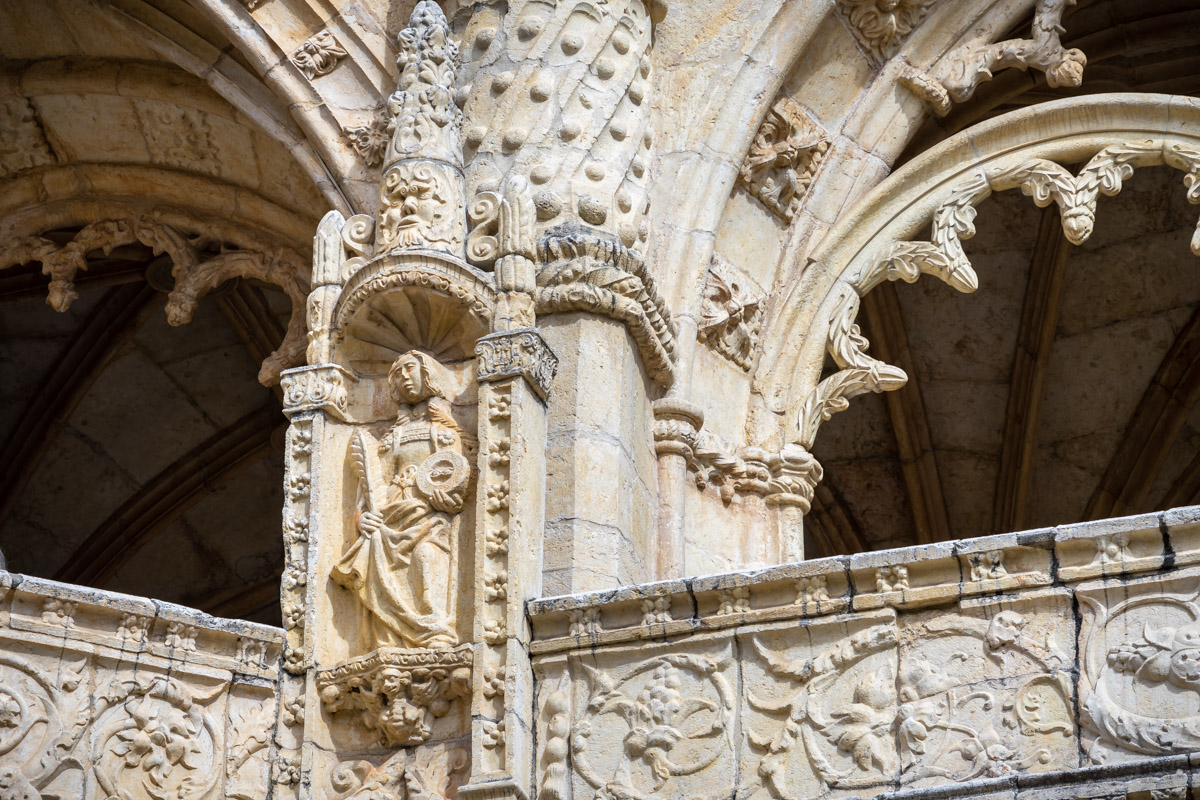 Among the few interior spaces around the cloister, the beautifully tiled refectory stands out. 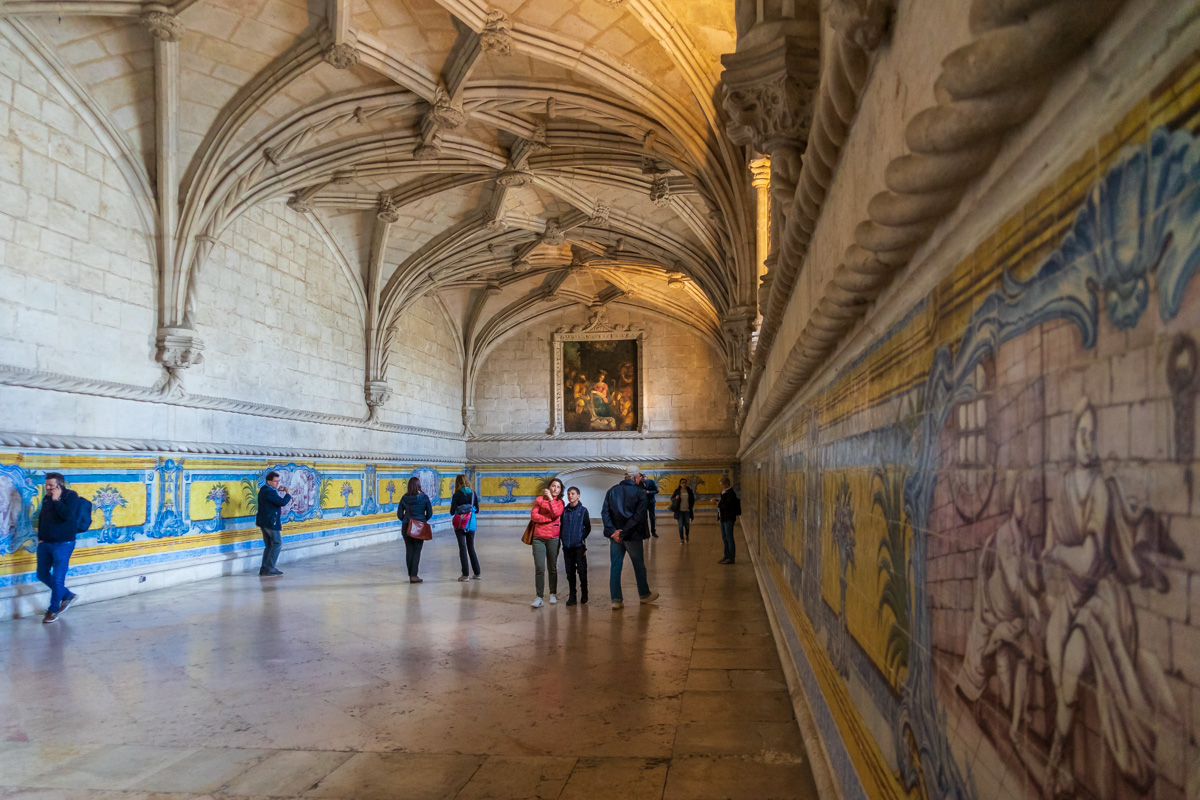 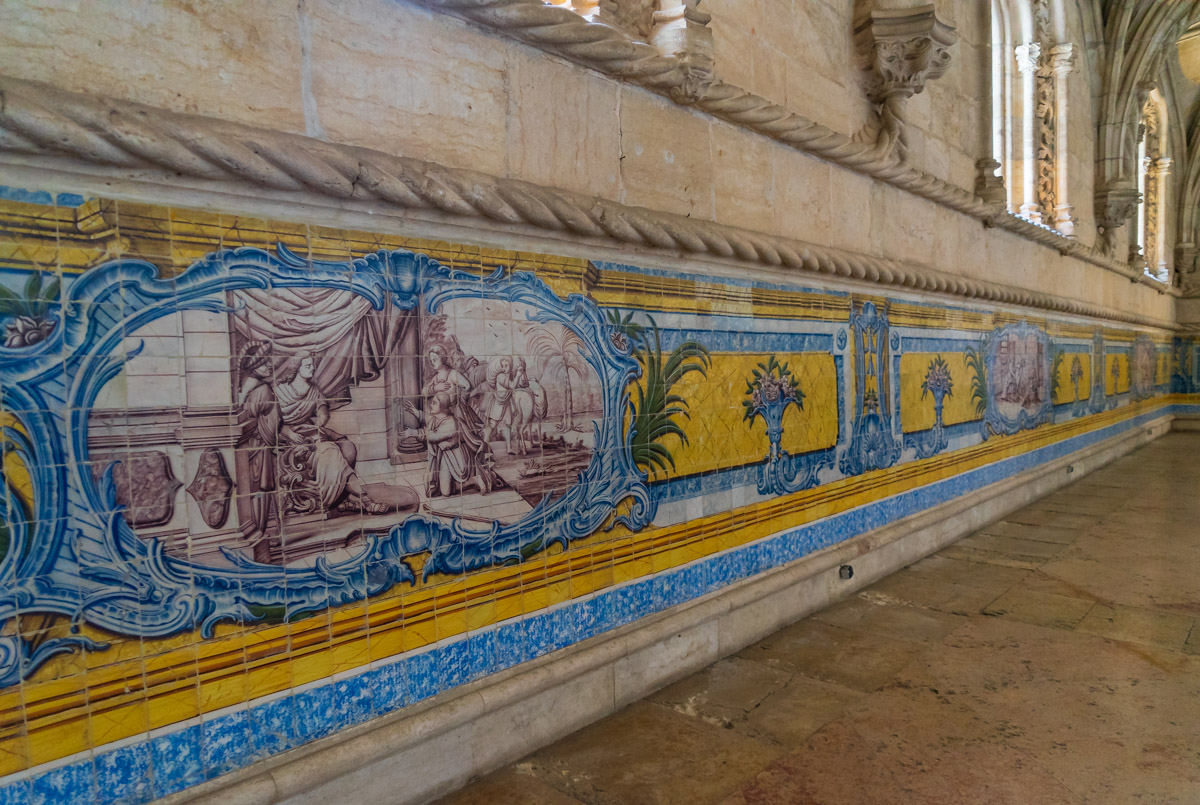 You can also look into the church of Santa Maria de Belém from a balcony accessible from the upper level of the cloister. The church, as it always happens, is the only part of the complex that can be entered for free, which on a busy day such as this means that it easily gets crowded. 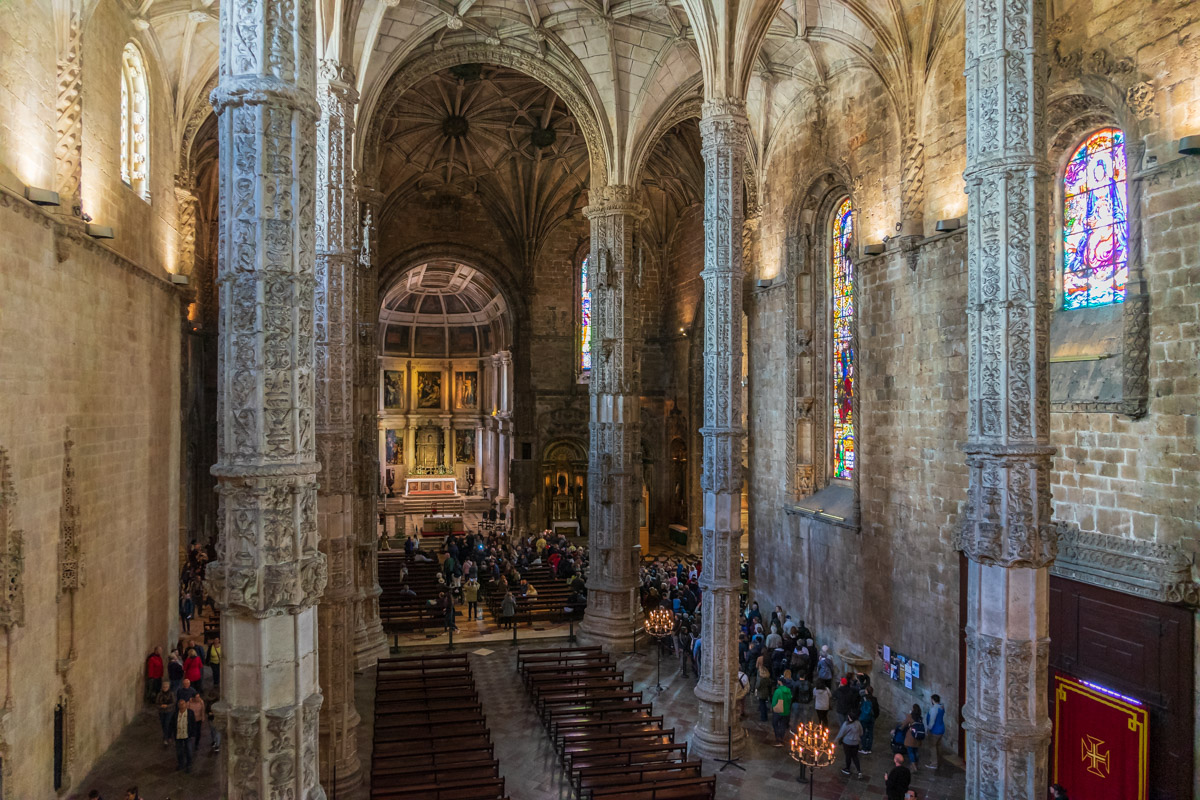 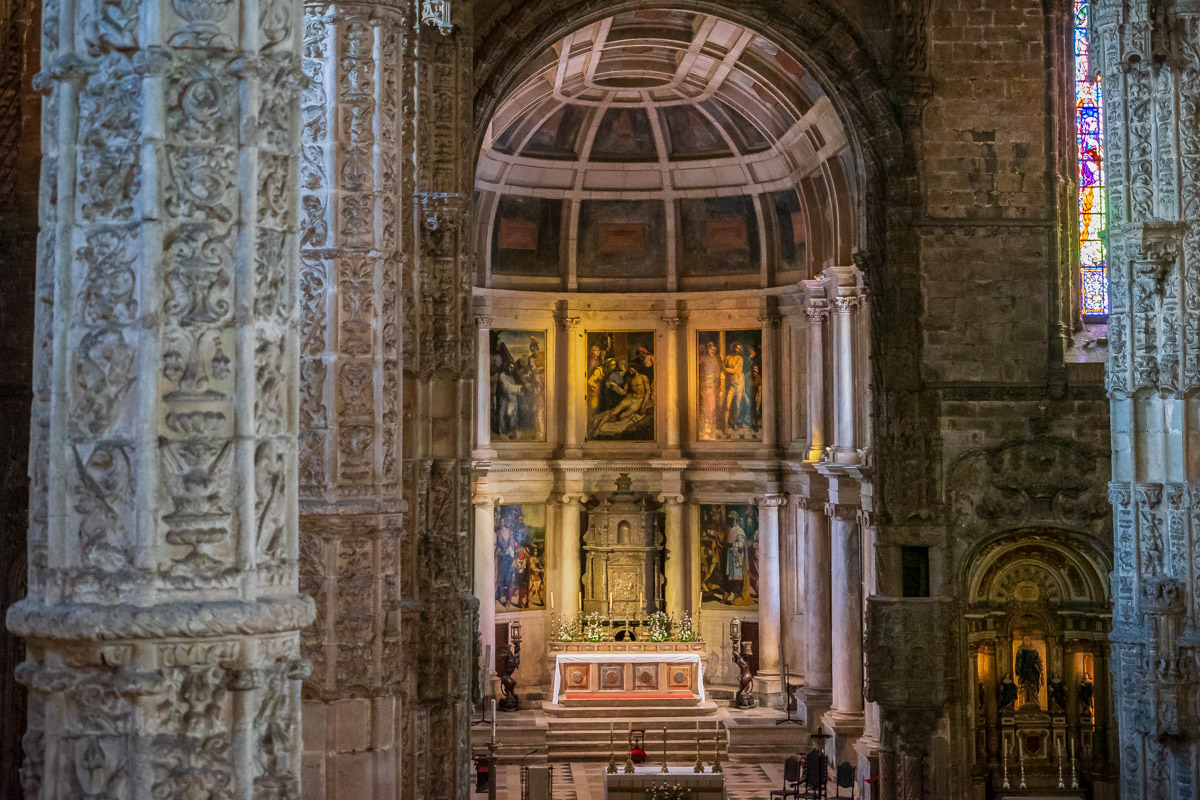 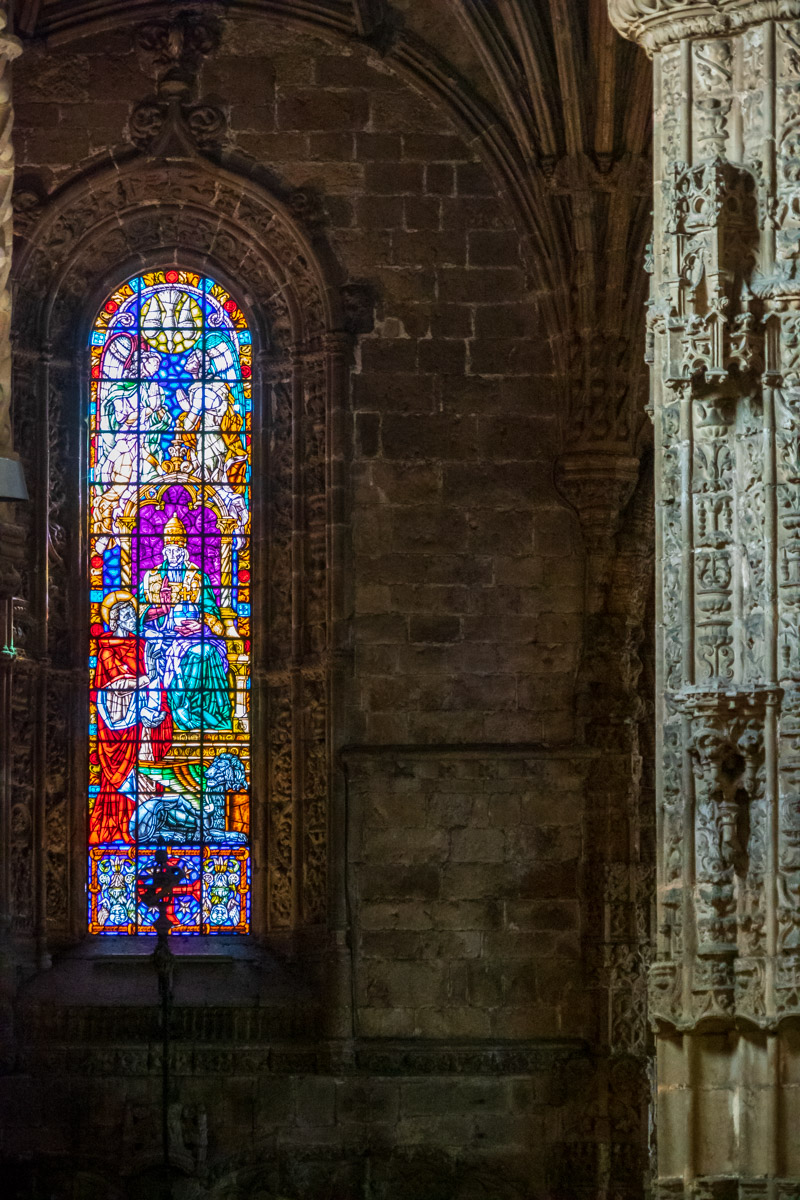 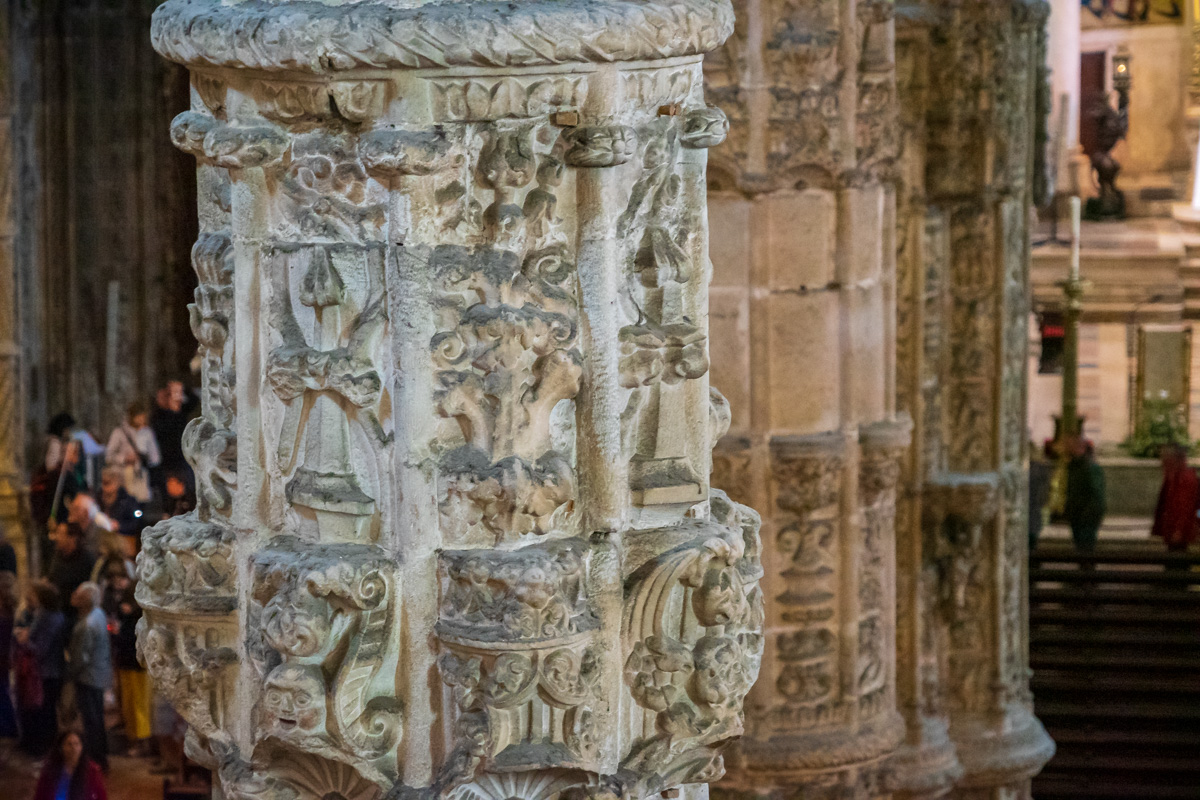 My vanity goal of marking WH sites as visited was fulfilled on this occasion by the Jerónimos Monastery cloister, but I will obviously have to find an opportunity to return to the Belém Tower in the future.

Belém is reachable on several lines of trams and buses from central Lisbon in a matter of 20-25 minutes. The monastery and the church takes a bit over an hour to see; I suspect the tower will take no more than half an hour once you get in; there is a brisk 15 minute walk between the tower and the monastery. Putting it all together in the correct sequence at the start of the day – using the Lisboa Card – means that one can fully see this WH site in roughly 2 hours. There are several other non-WH attractions around that may extend your time in this part of Lisbon.