The third point of the Portuguese World Heritage monastic triangle, along with Alcobaça and Batalha, is the Convent of Christ in Tomar. The oldest of the three, it has been built and improved upon for several centuries; the variety of the styles in its construction came to symbolize the opening up of Portugal to different civilizations.

Unlike the other two, the convent does not sit in the town center, but instead is located high on a hill within the walls of a castle. Here is the approach look at it. 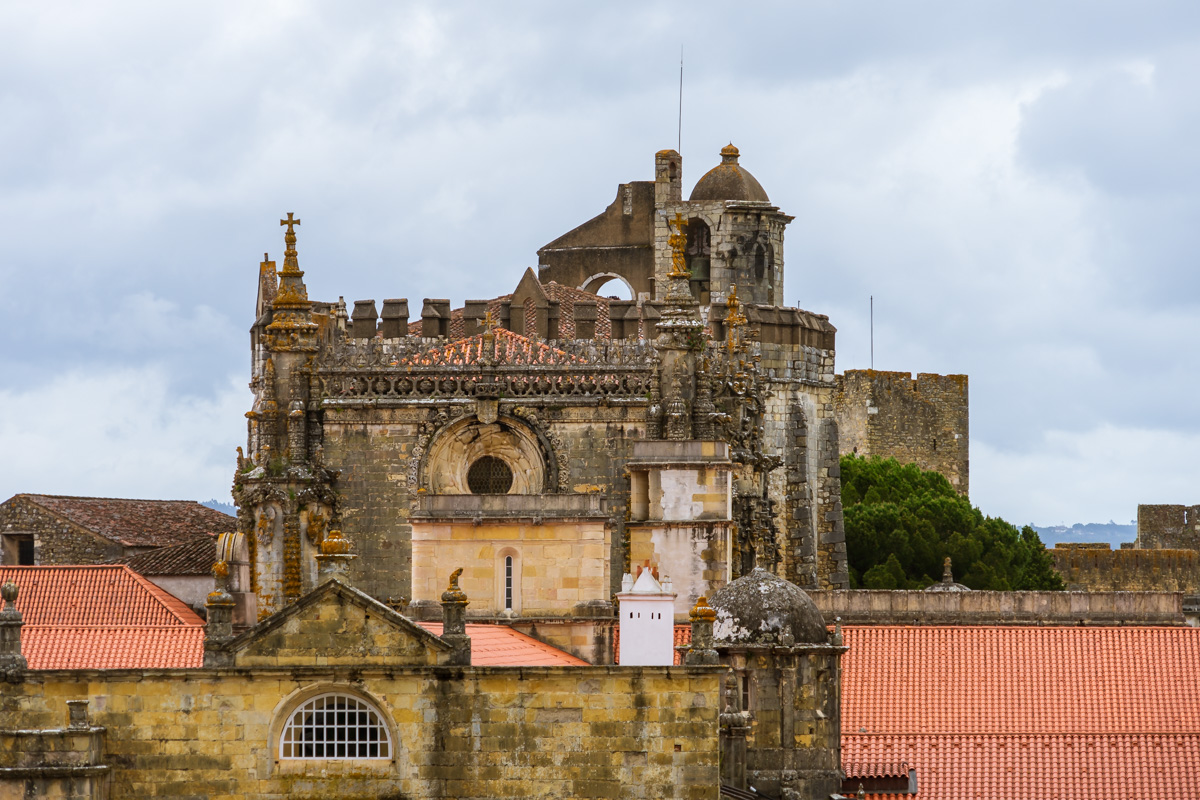 A different perspective from inside the grounds. 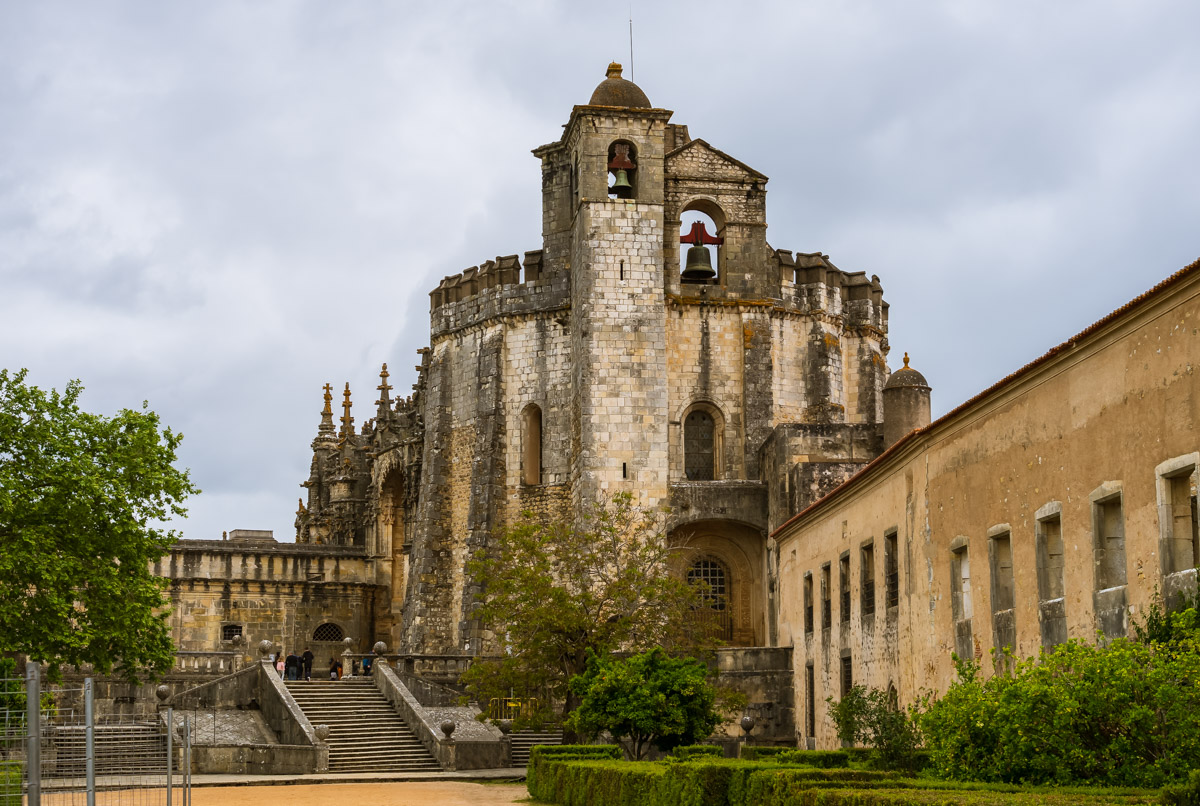 The surrounding castle and some of the parts of the convent are either in ruins or in a state of some disrepair. In that, it projects the least amount of being cared for among the three. 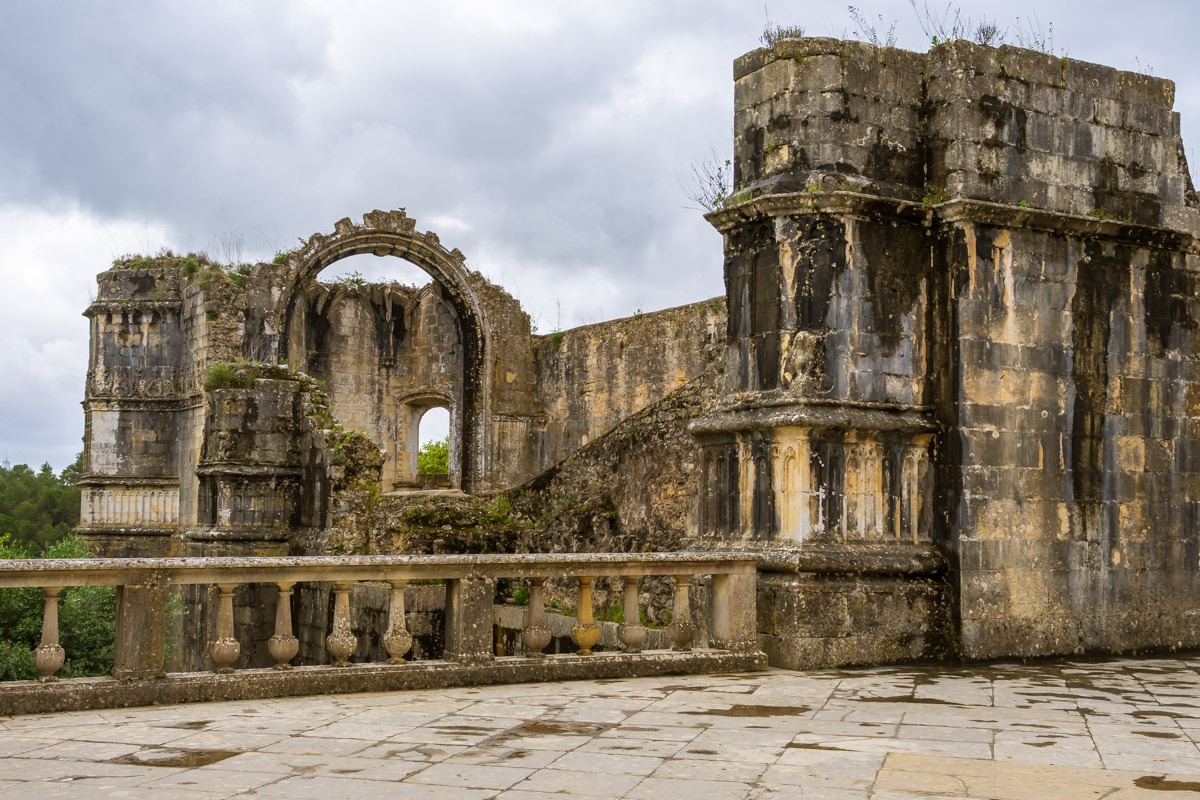 (Some people may look at it from the angle of the convent being the most antique and authentic.)

The main portal is undoubtedly Manueline in style. 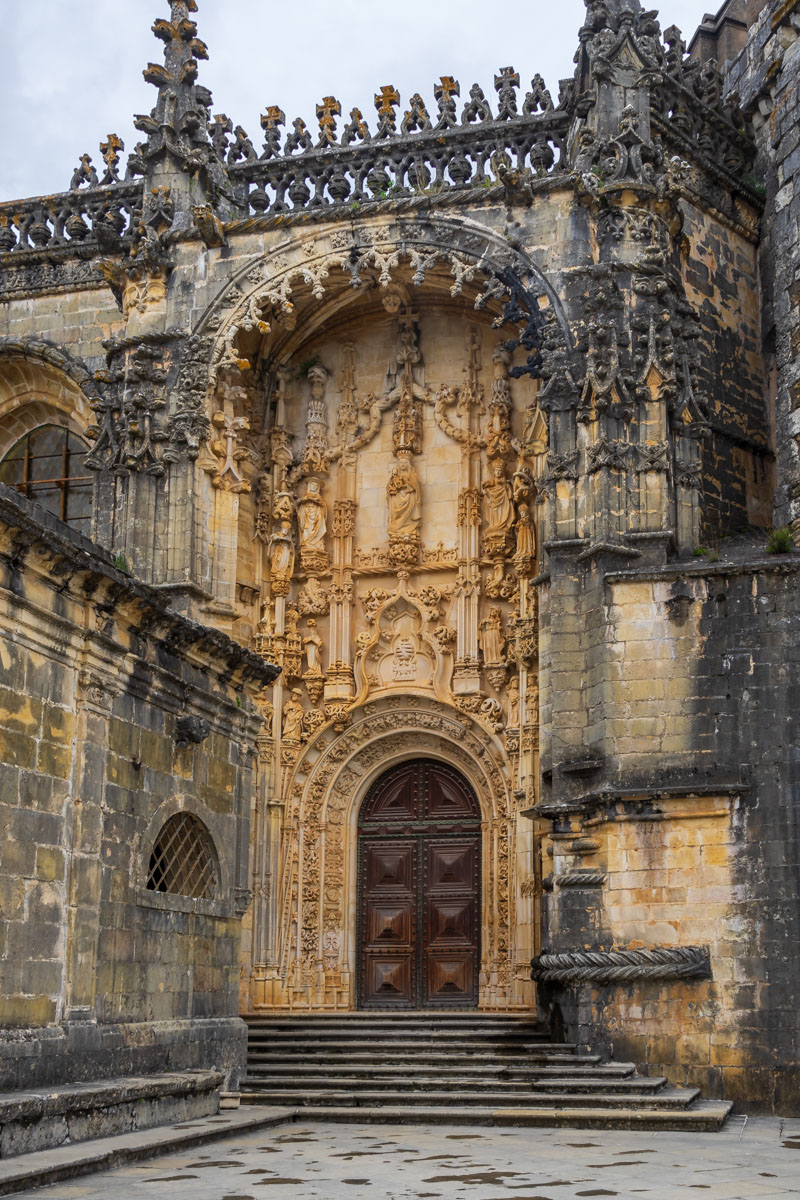 The convent complex is vast, with eight cloisters and a number of interior spaces of note. Although all locations are signposted and marked on maps along the way, you can’t help but feel at times that you are lost in this huge maze.

Of the cloisters, though, only a couple might be called truly impressive. One is the tiled Gothic Cemetery Cloister. 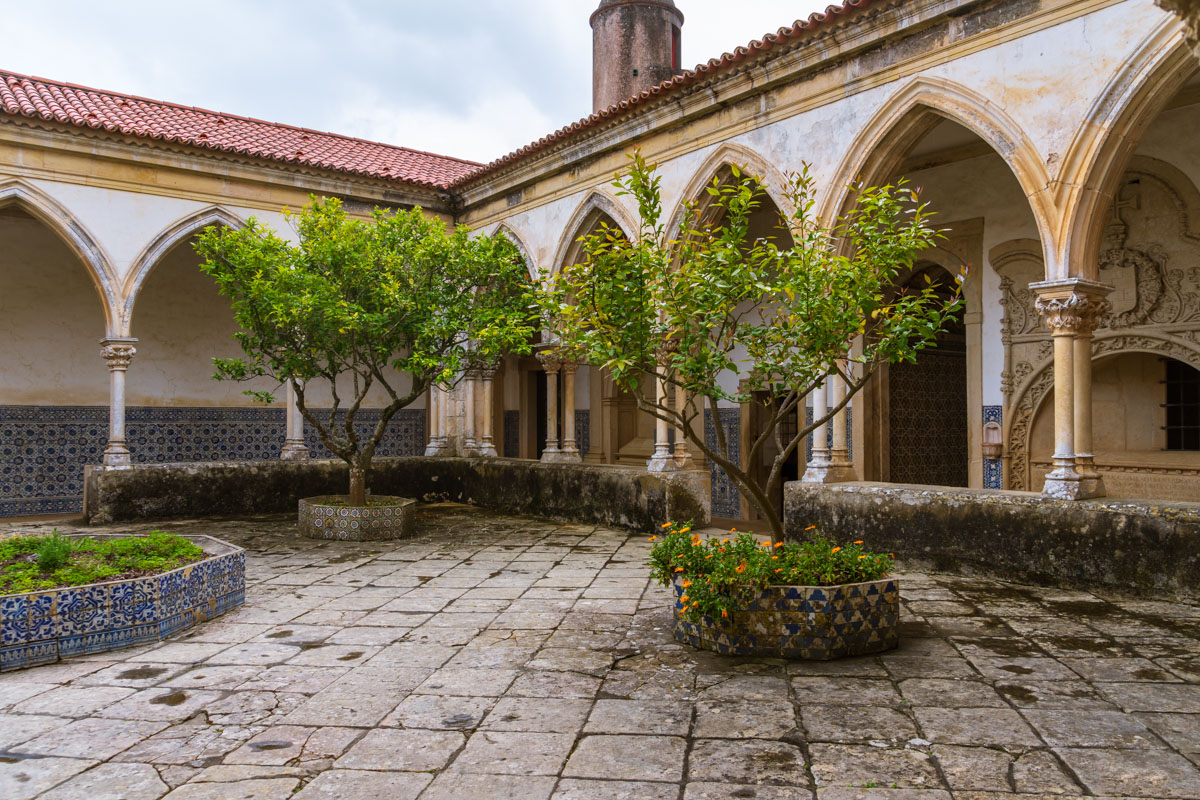 The other is the “principal” cloister of Dom João III, an elegant Renaissance two-storey structure. 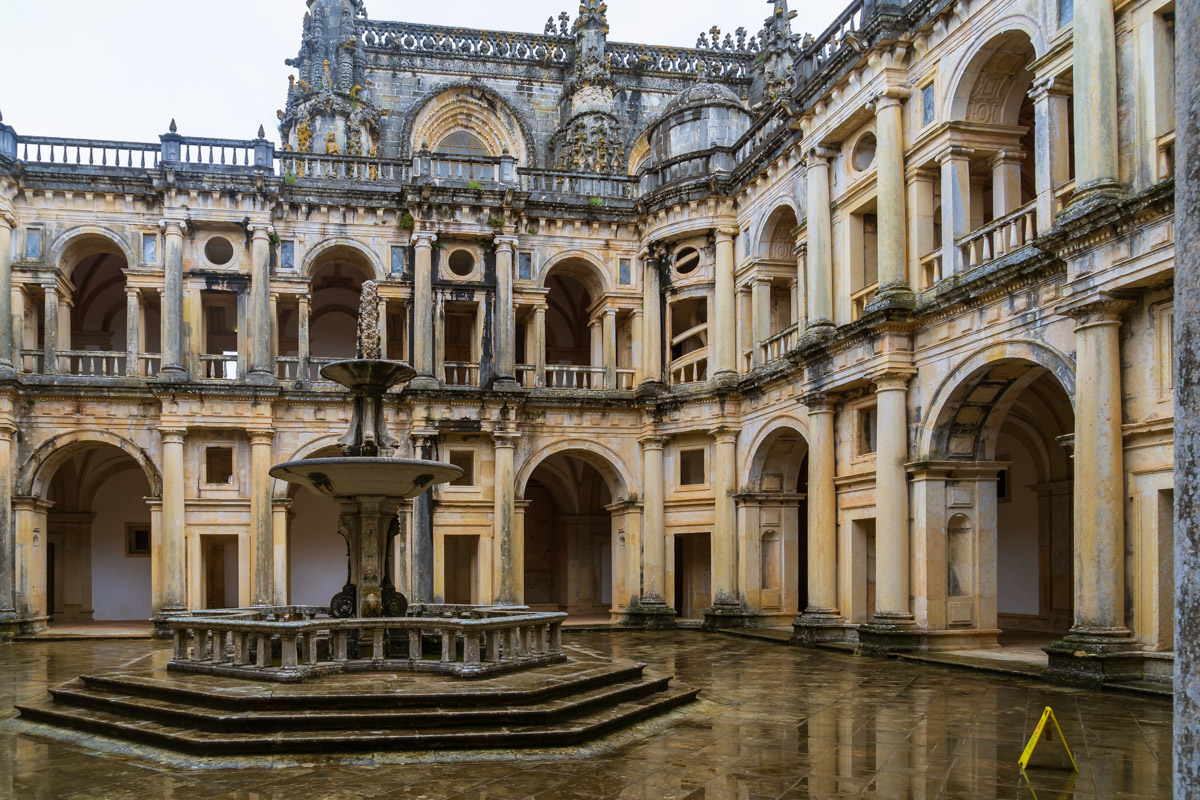 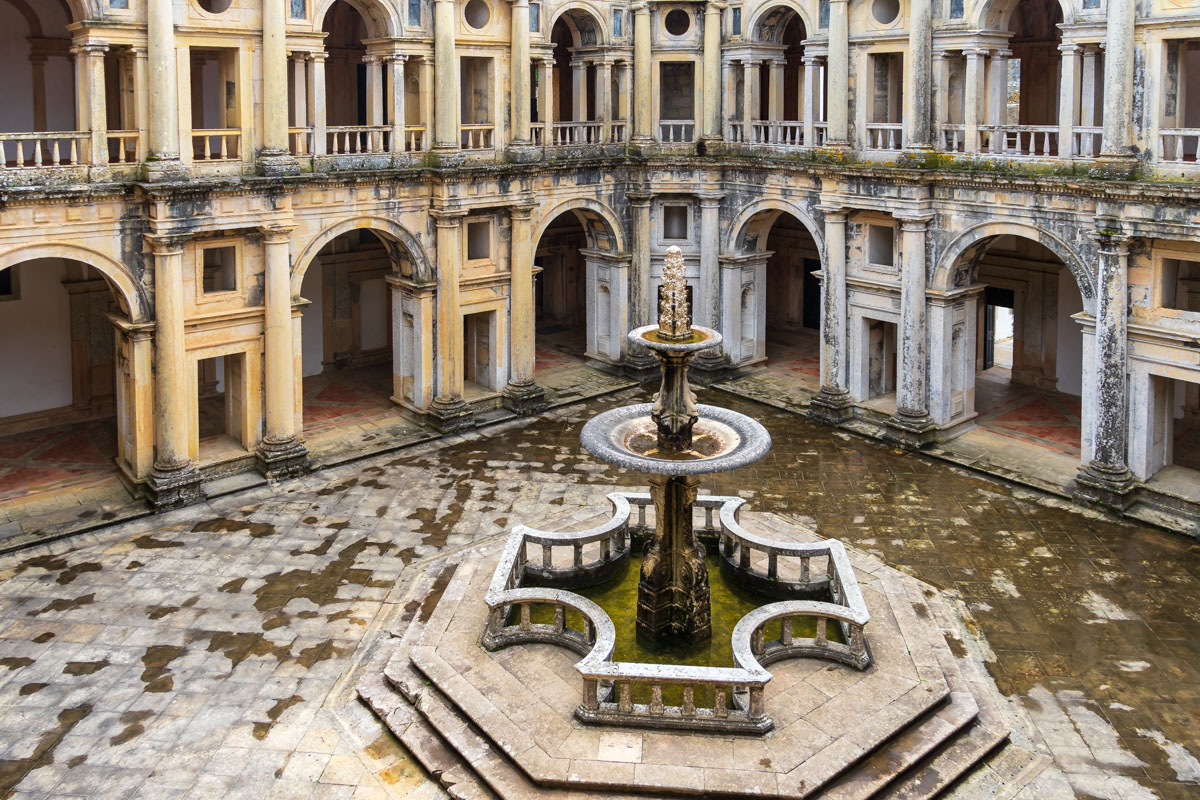 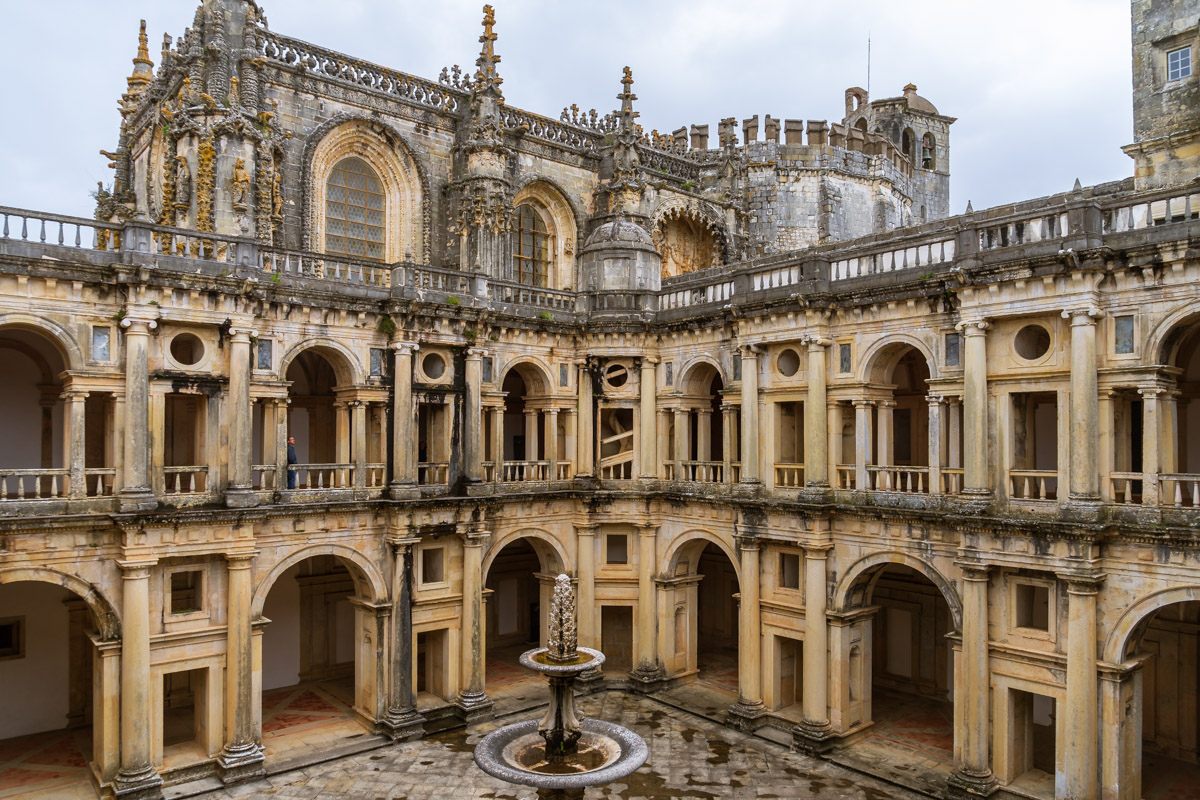 At each corner of the cloister is a spiral staircase connecting the levels. 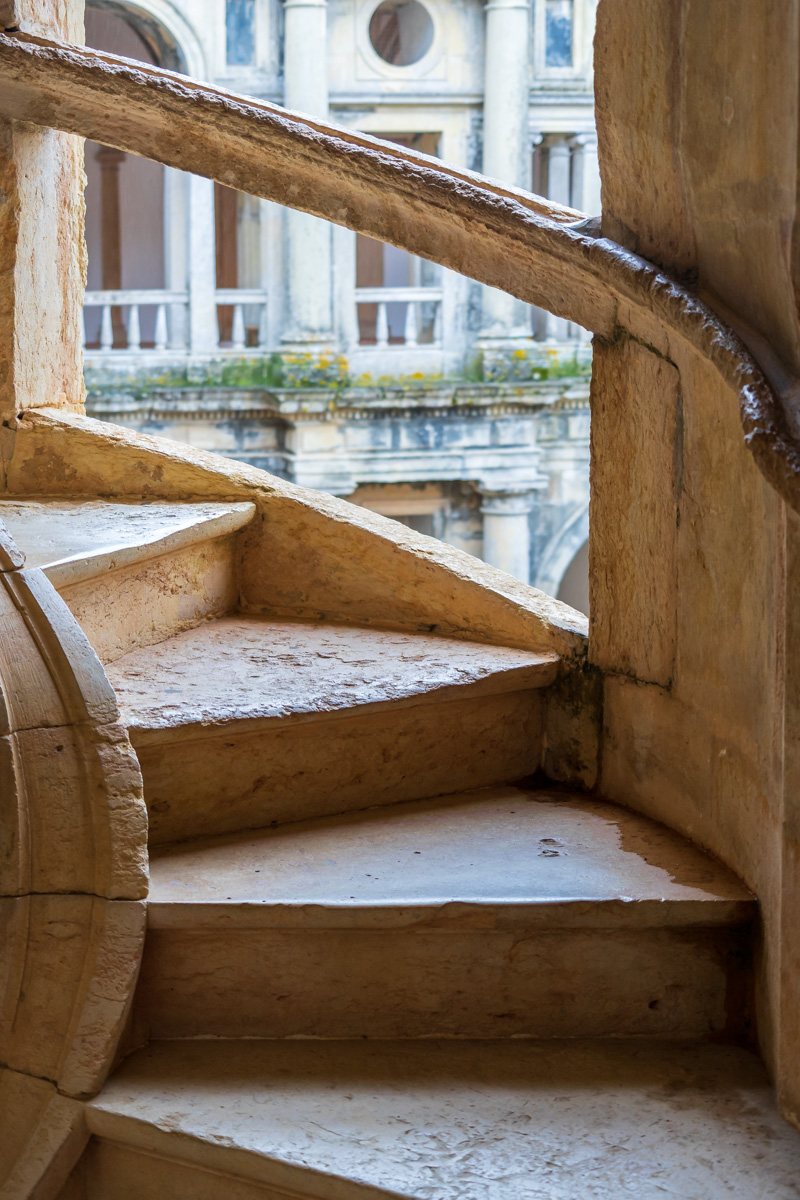 The other cloisters have notable features and were used for different purposes but are less remarkable from the visual standpoint and exhibit occasional signs of neglect. One example is the understatedly elegant Washing Cloister, so called because the monks did their laundry here. 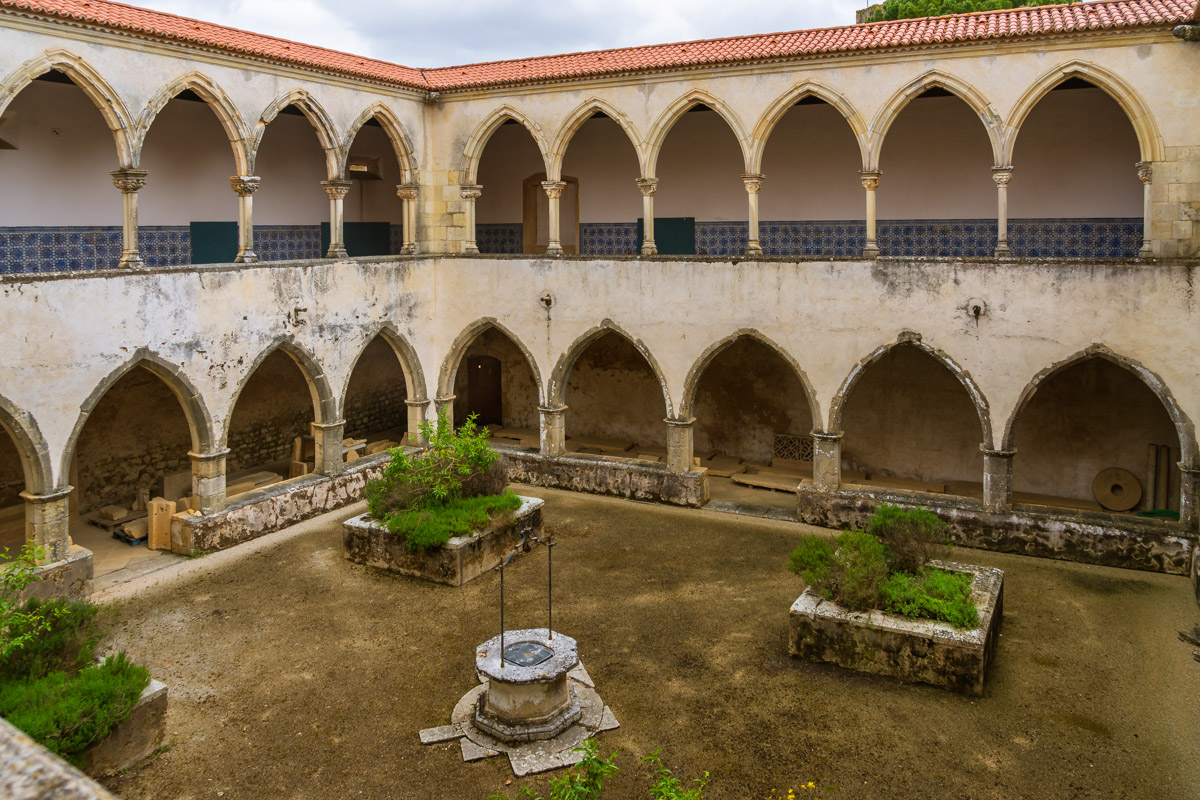 An example of floor-to-ceiling tile decorations in the Portacarreiros Chapel. 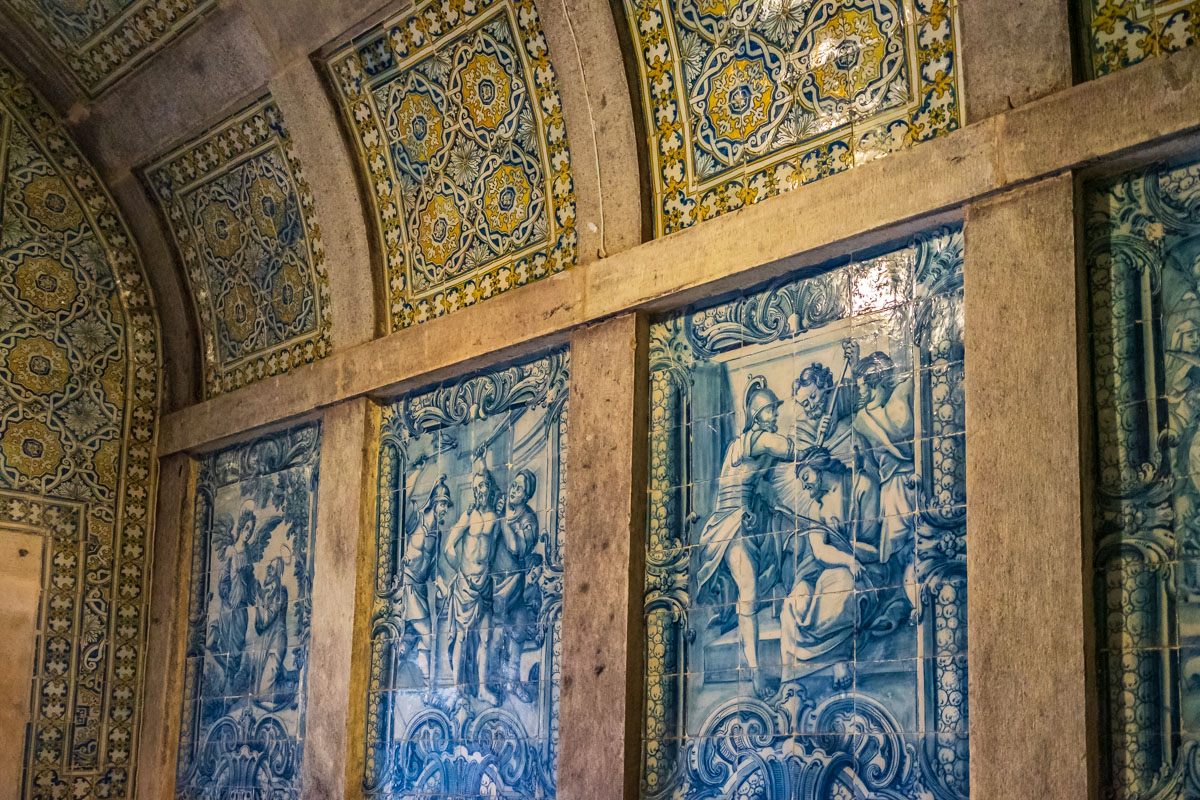 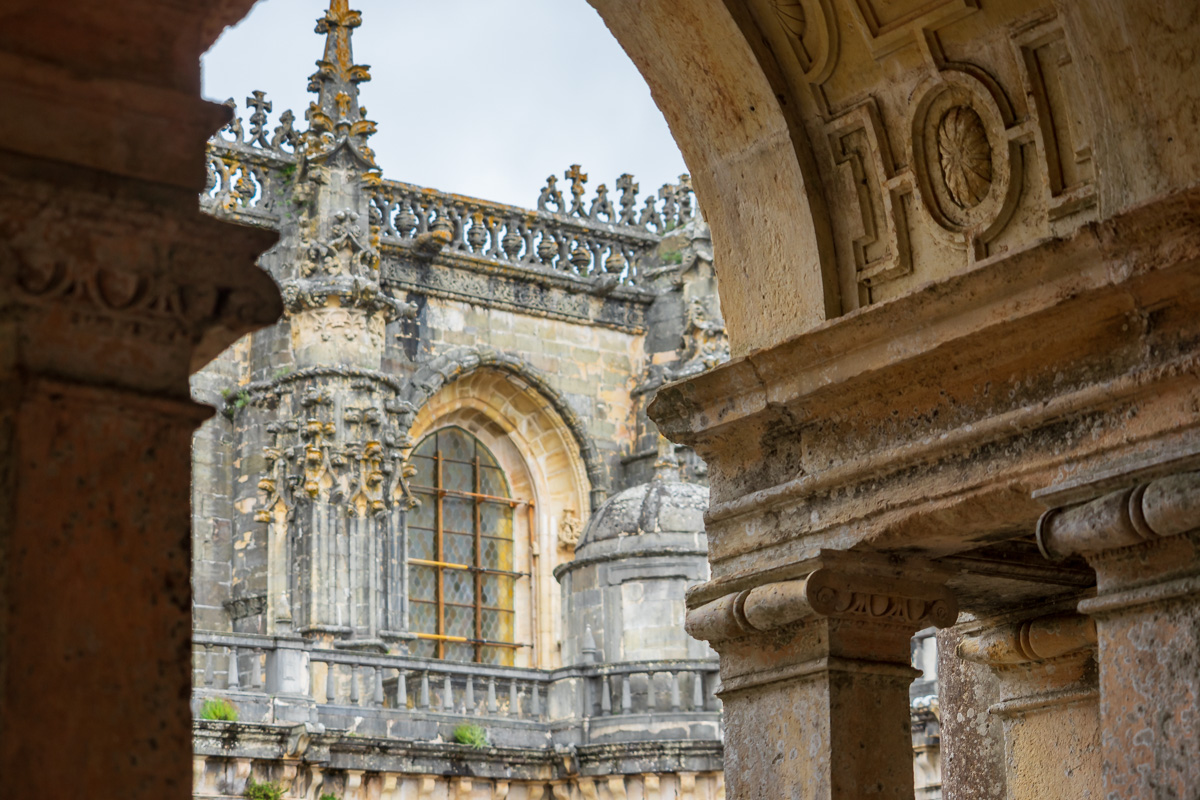 One of the signposted major points of interest in the convent is this Manueline chapter house window. 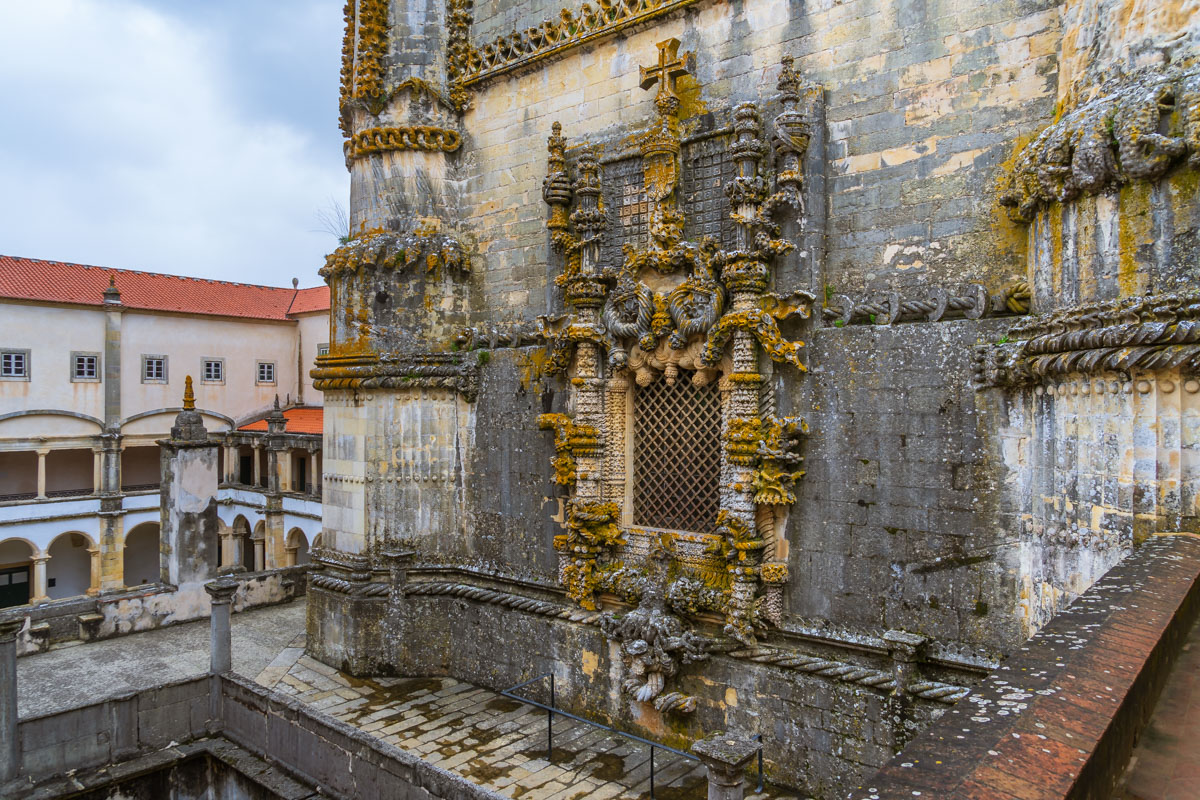 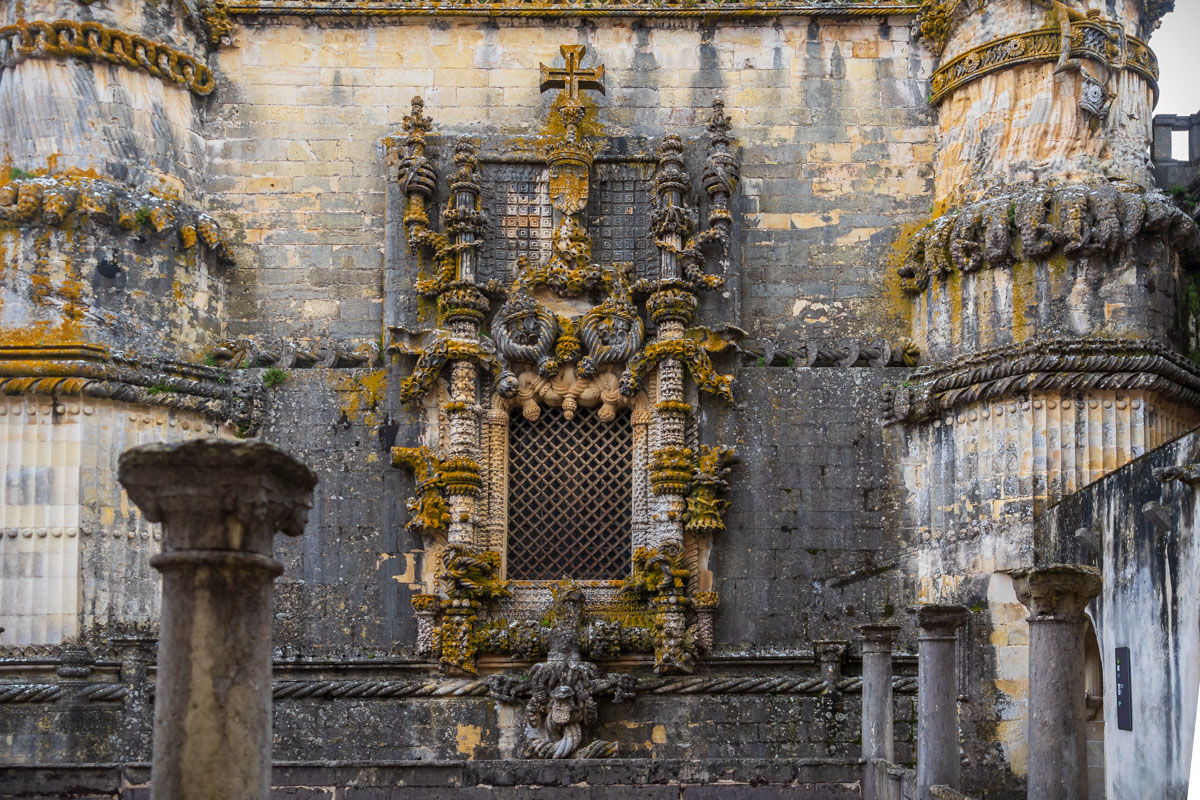 But the pièce de résistance of the entire complex is the dazzling Romanesque round church. 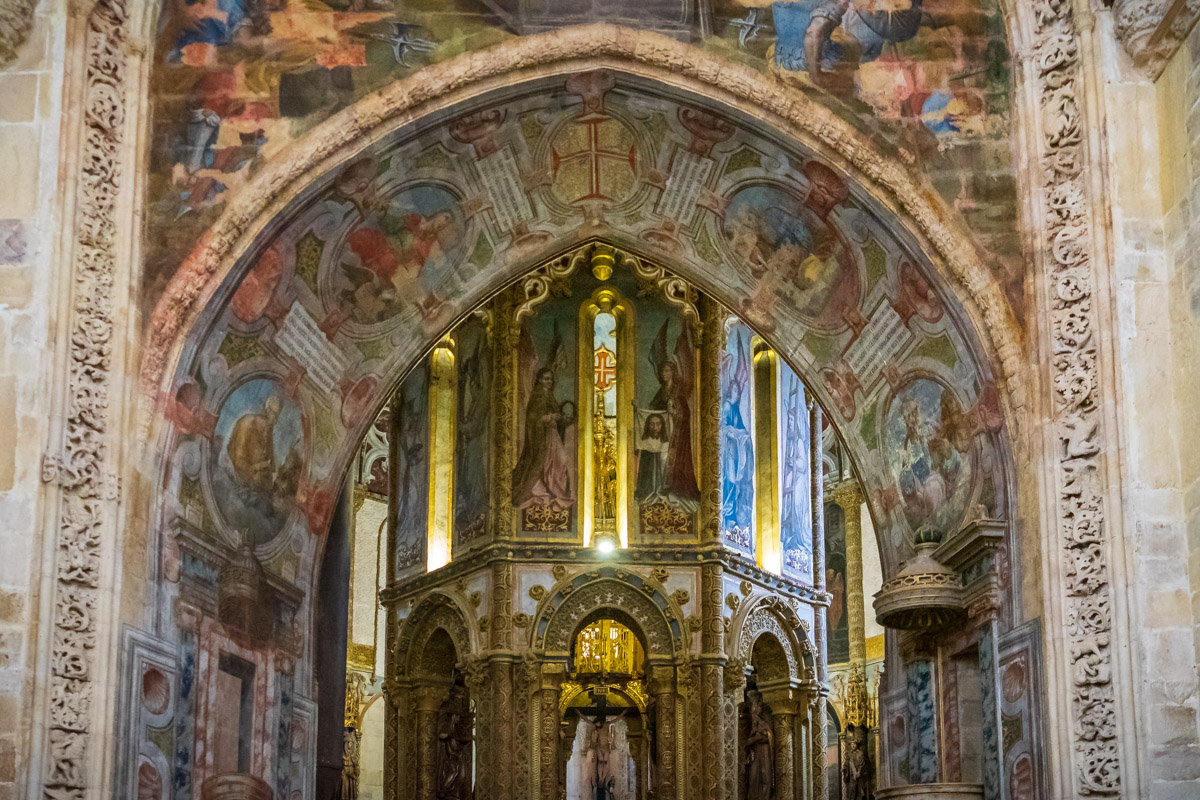 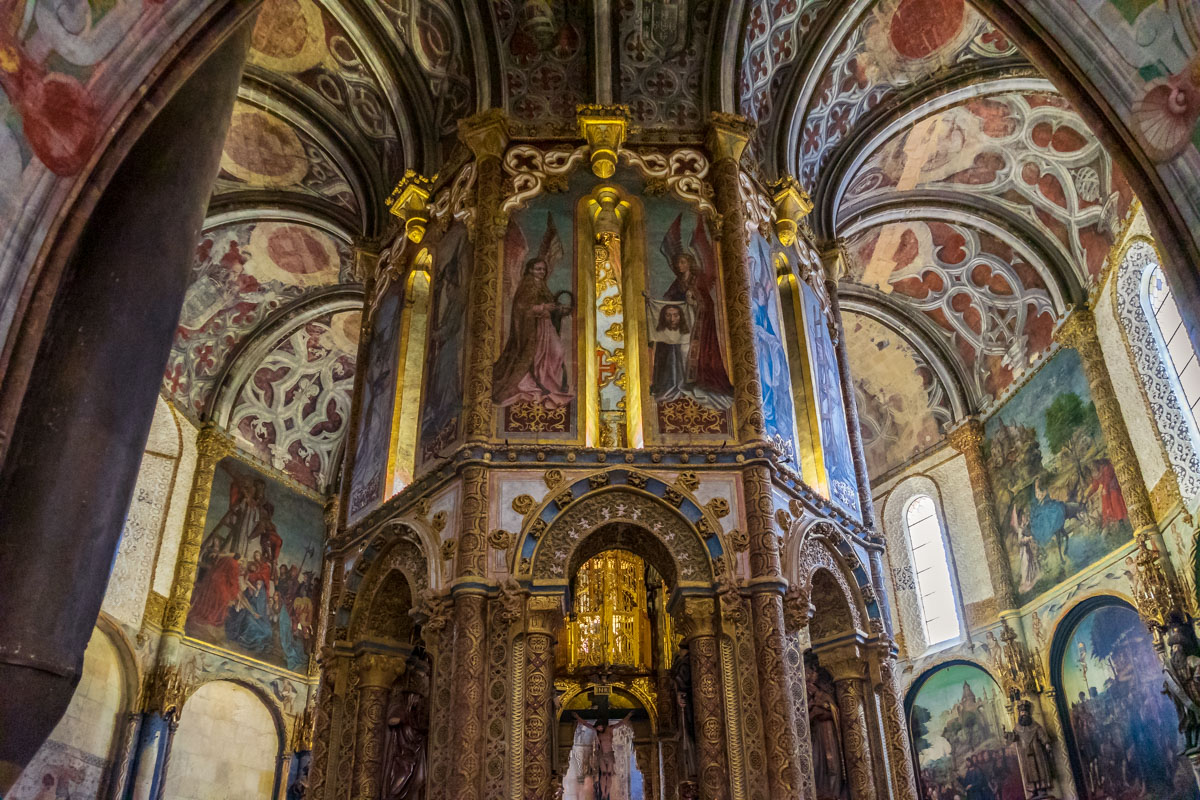 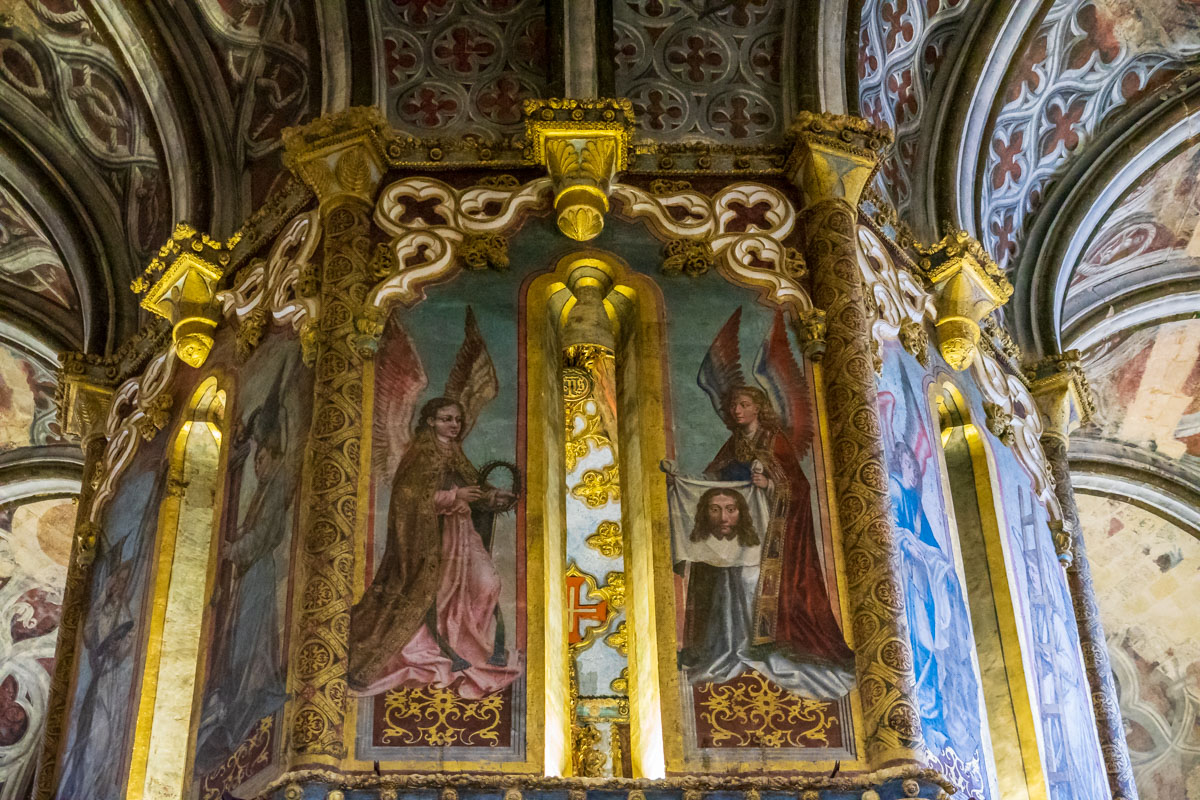 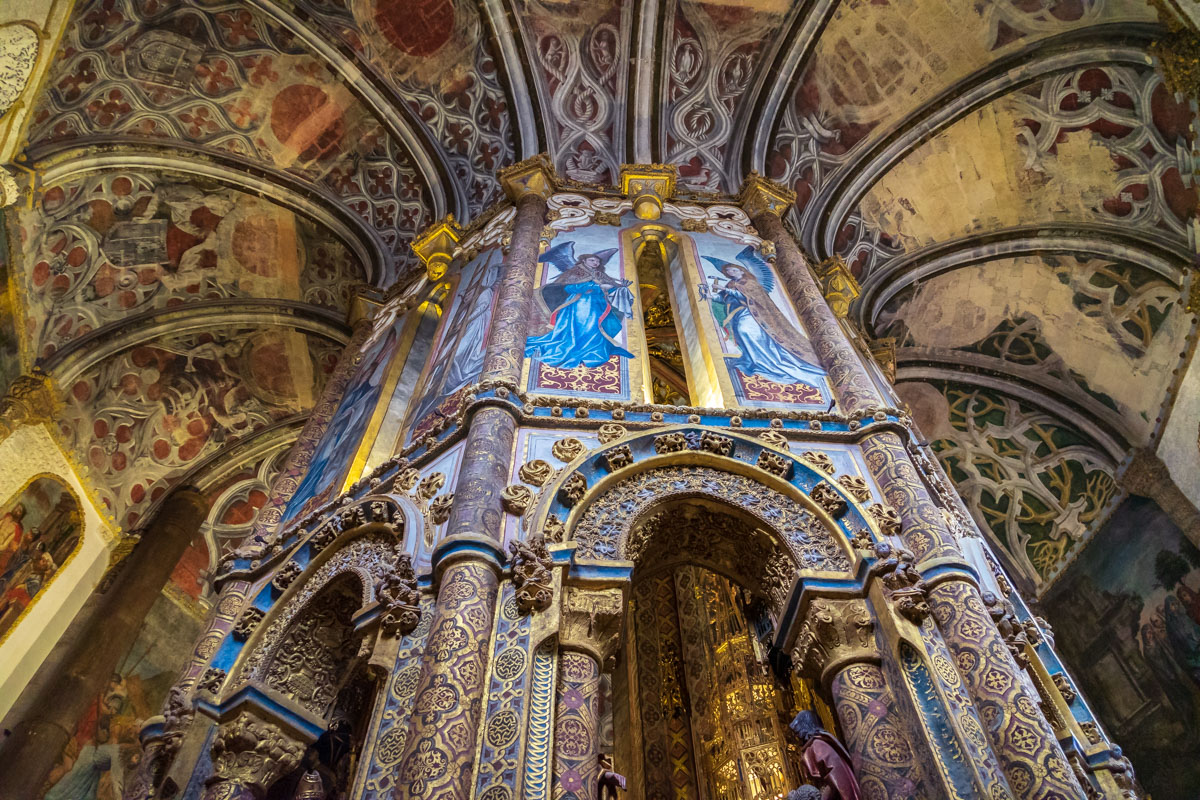 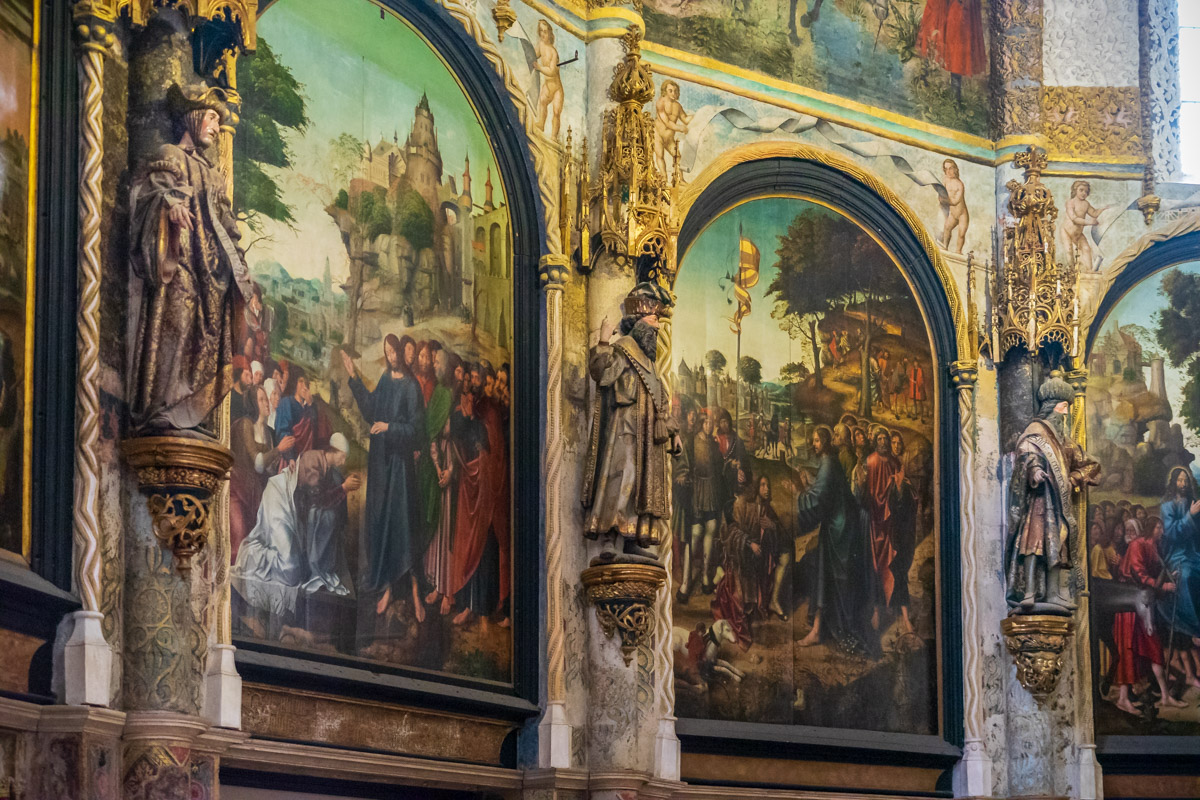 Tomar can be reached in about an hour and a half from Lisbon by car and is within half an hour from Batalha and less than an hour from Alcobaça. You will need no less than two but more likely three hours to explore the entire convent.