Our drive from Porto to Lisbon started with the rain-out in Aveiro. We had two more sightseeing stops along the way, and unfortunately we kept dragging the rain behind us everywhere we went. Thankfully, the moments of downpour alternated with periods of calm and blue skies, and in Batalha we benefited from a break in the rain.

Here is the first look at the Batalha Monastery. 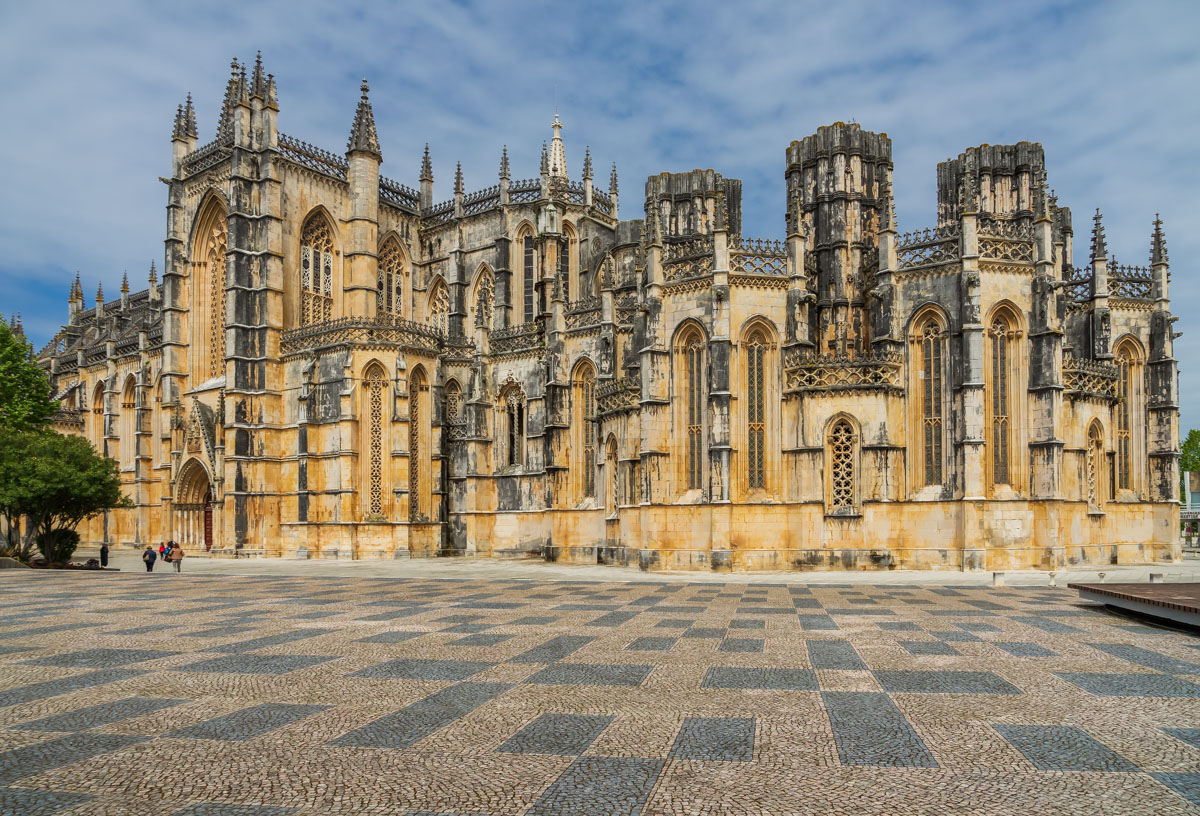 Like Alcobaça Monastery, the one in Batalha is its own World Heritage site, recognized as a masterpiece of Gothic and Manueline art.

Manueline is a highly elaborate decorative style, native to Portugal and influenced by a variety of other styles, such as Mudéjar, Spanish Plateresque, or even Flemish. Recall the restrained cloister arches at Alcobaça and contrast that with the exuberant examples at Batalha. 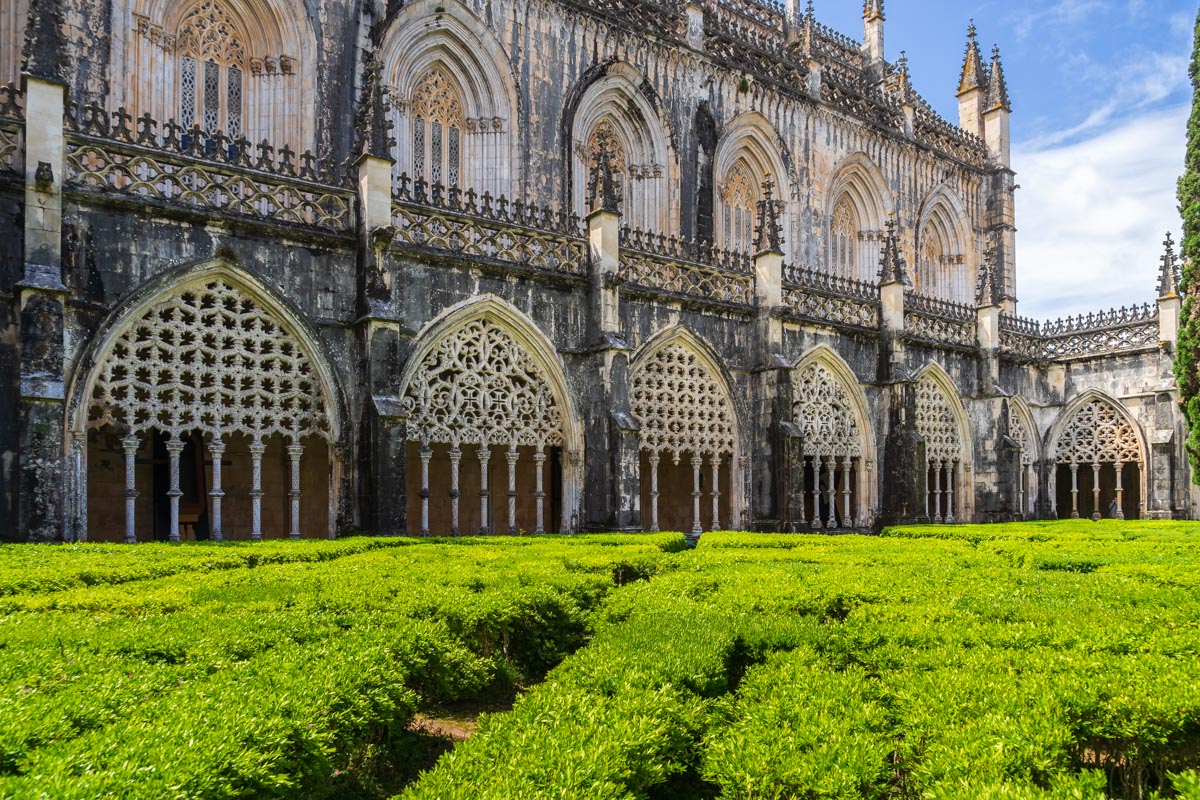 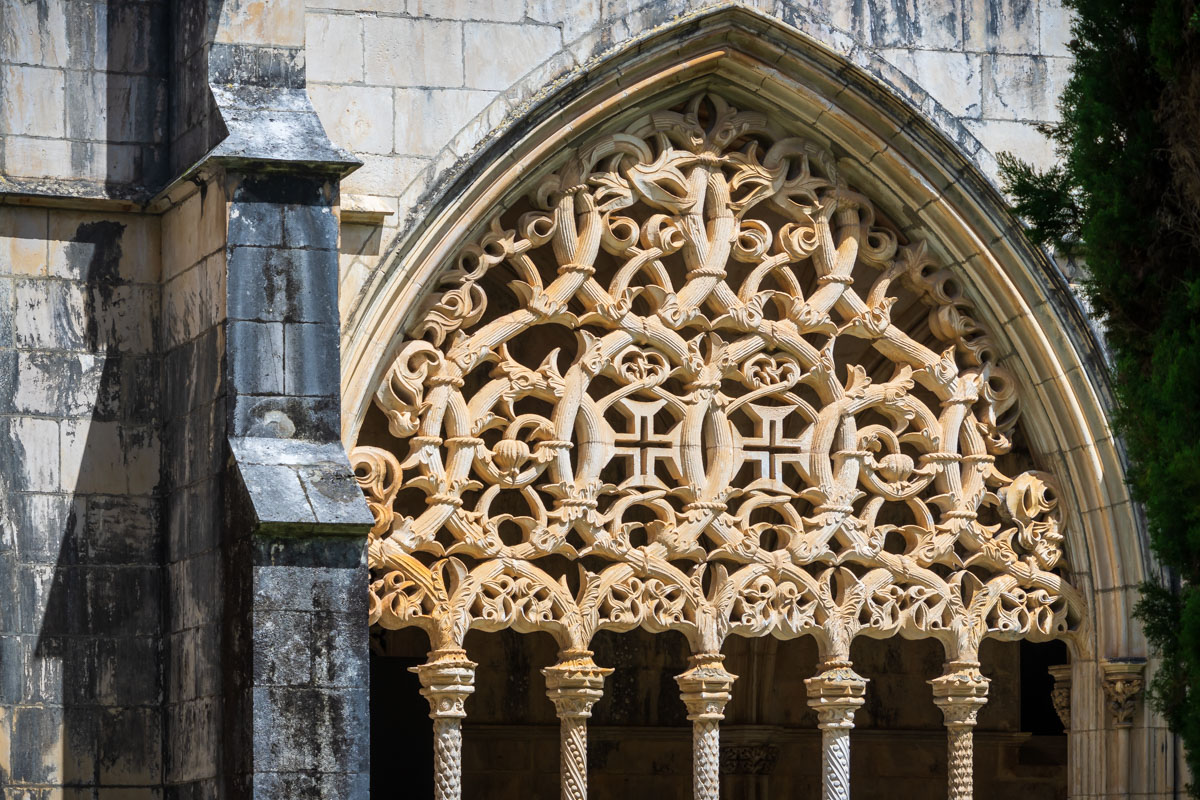 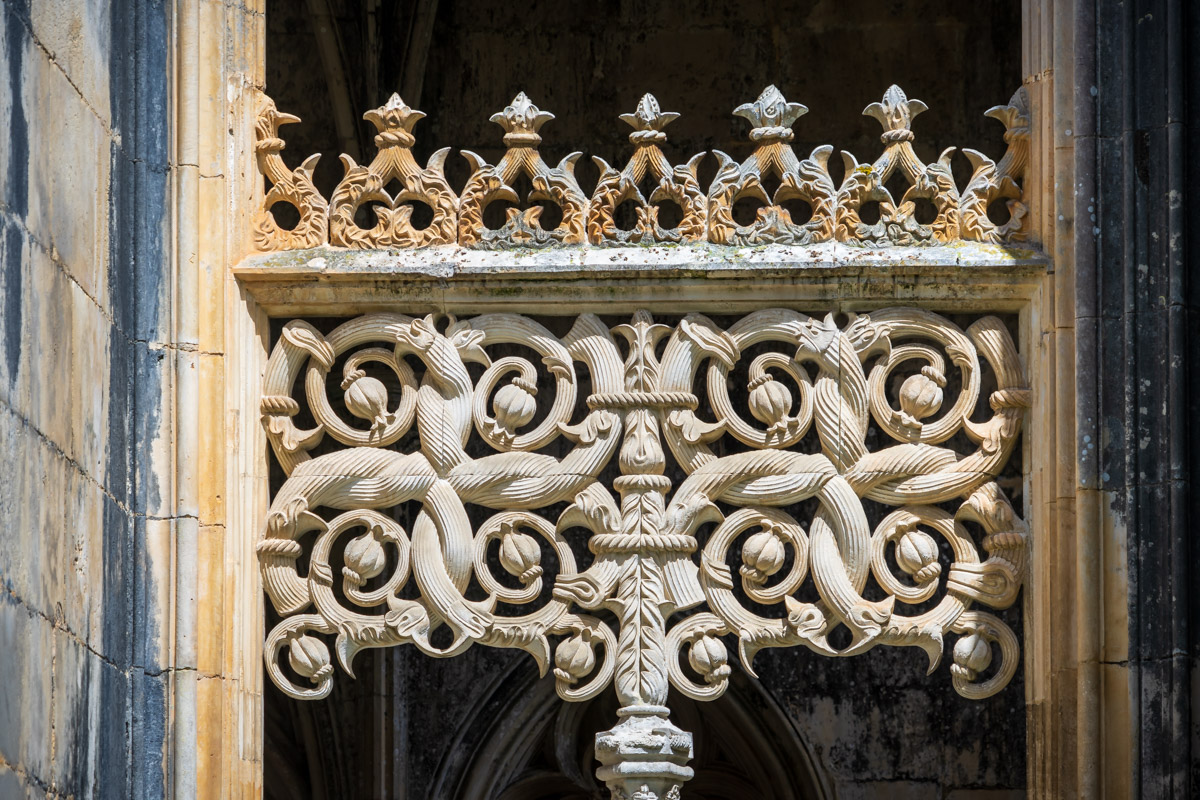 There are three main impressive components to the Batalha site, starting with the Founders’ Chapel, the first royal pantheon of Portugal. 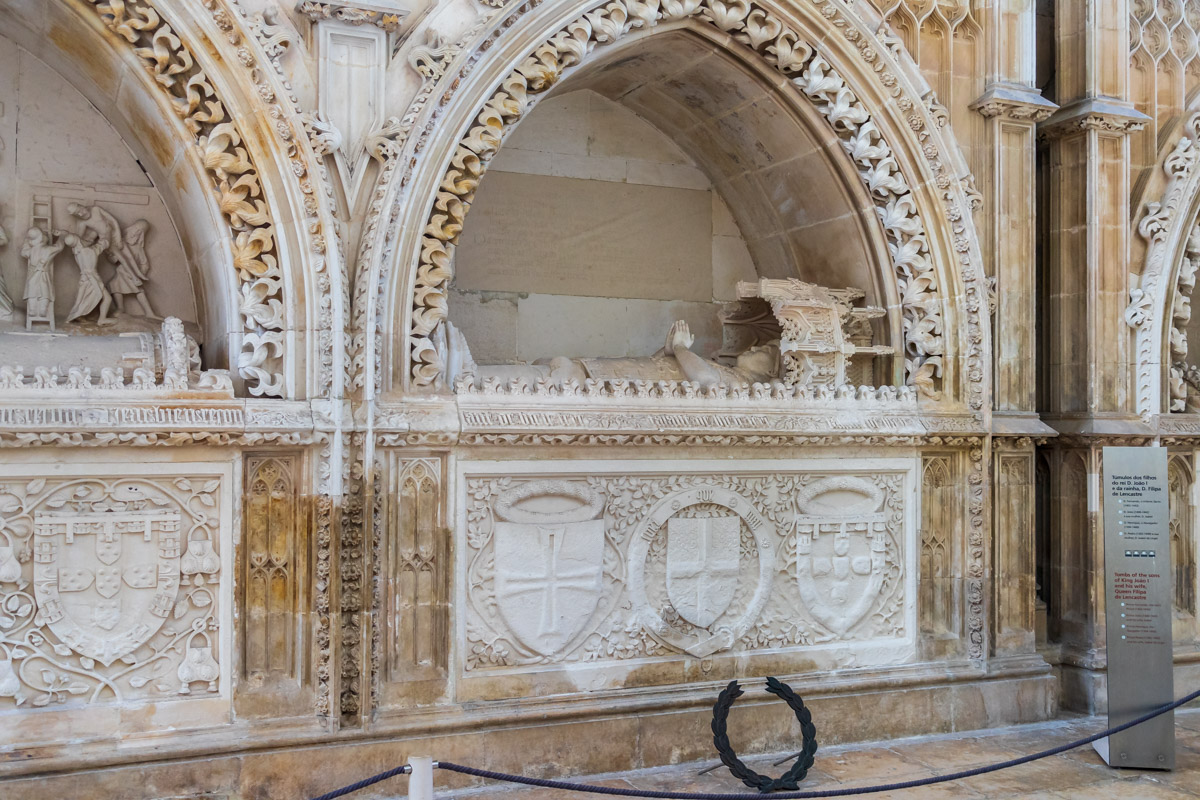 The square-plan chapel is unexpectedly bright for what is technically a crypt – there are large windows on three sides. Blown highlights are unavoidable for any hand-held wide perspective shot inside. 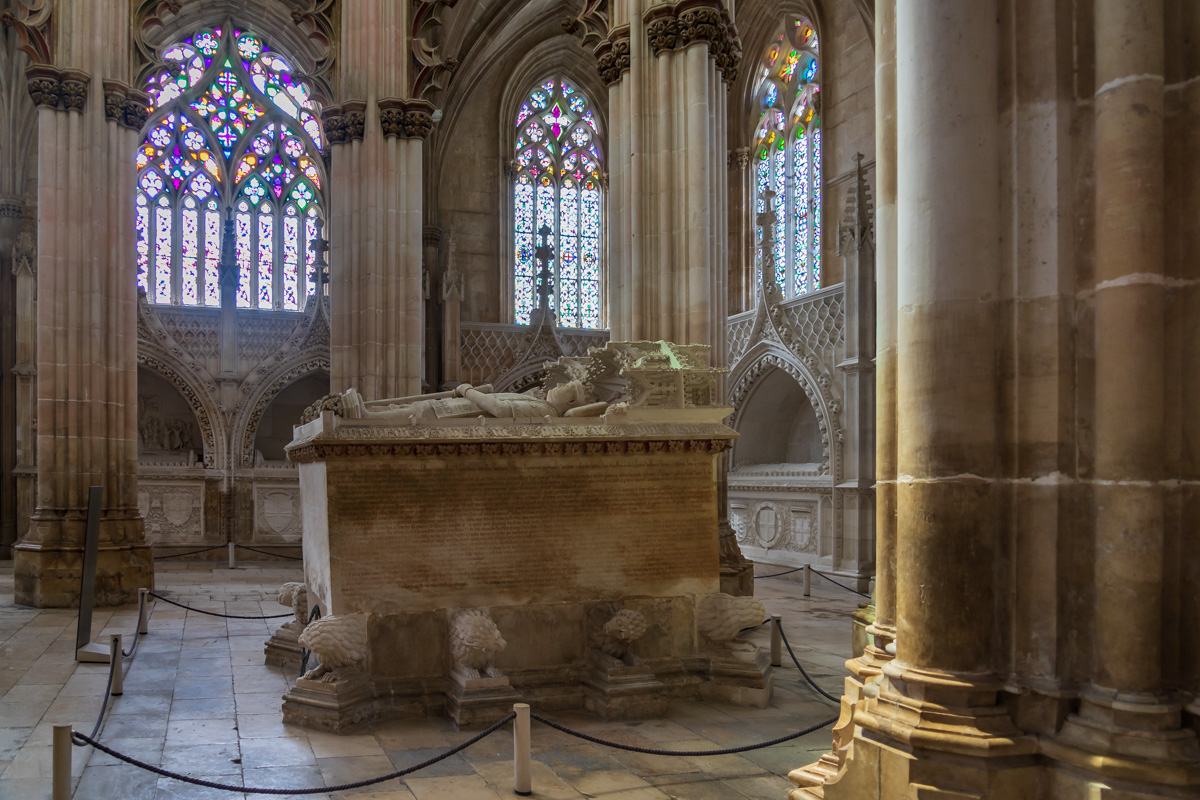 This is what the window stained glass looks like when you focus on it. 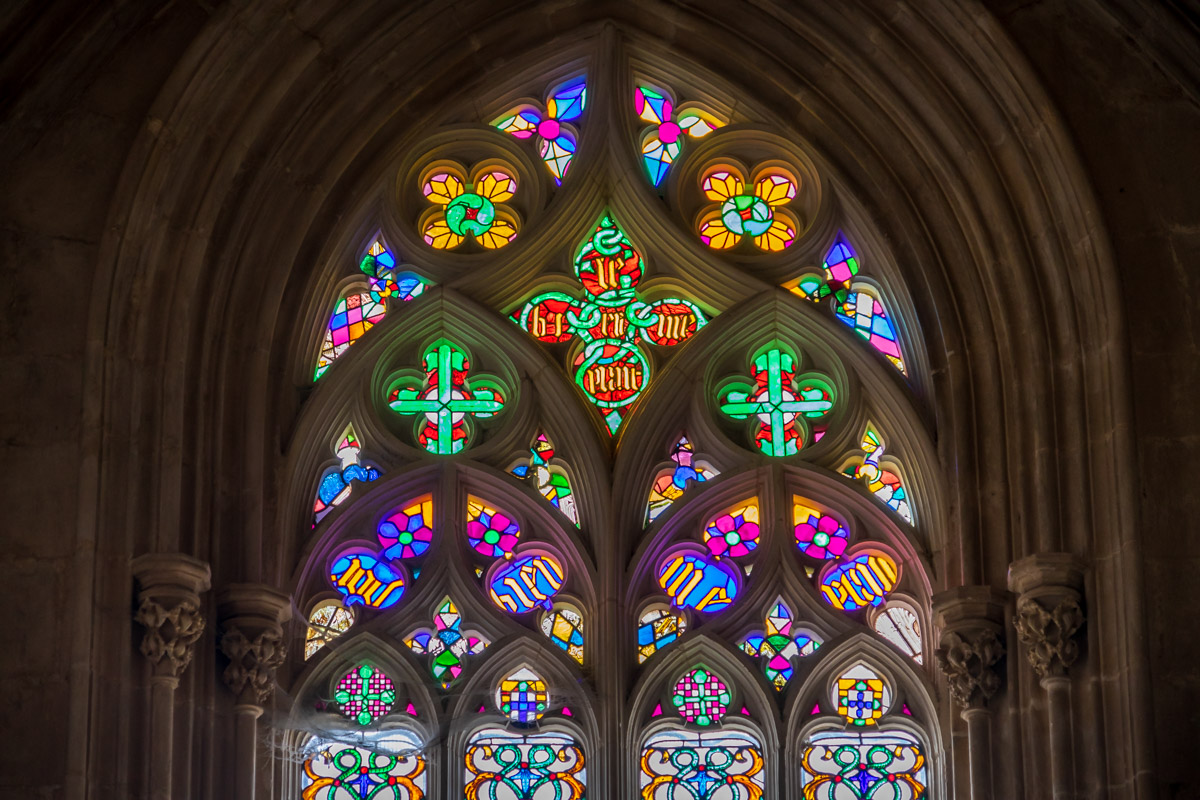 Next are the cloisters of King João I, intricately decorated throughout. 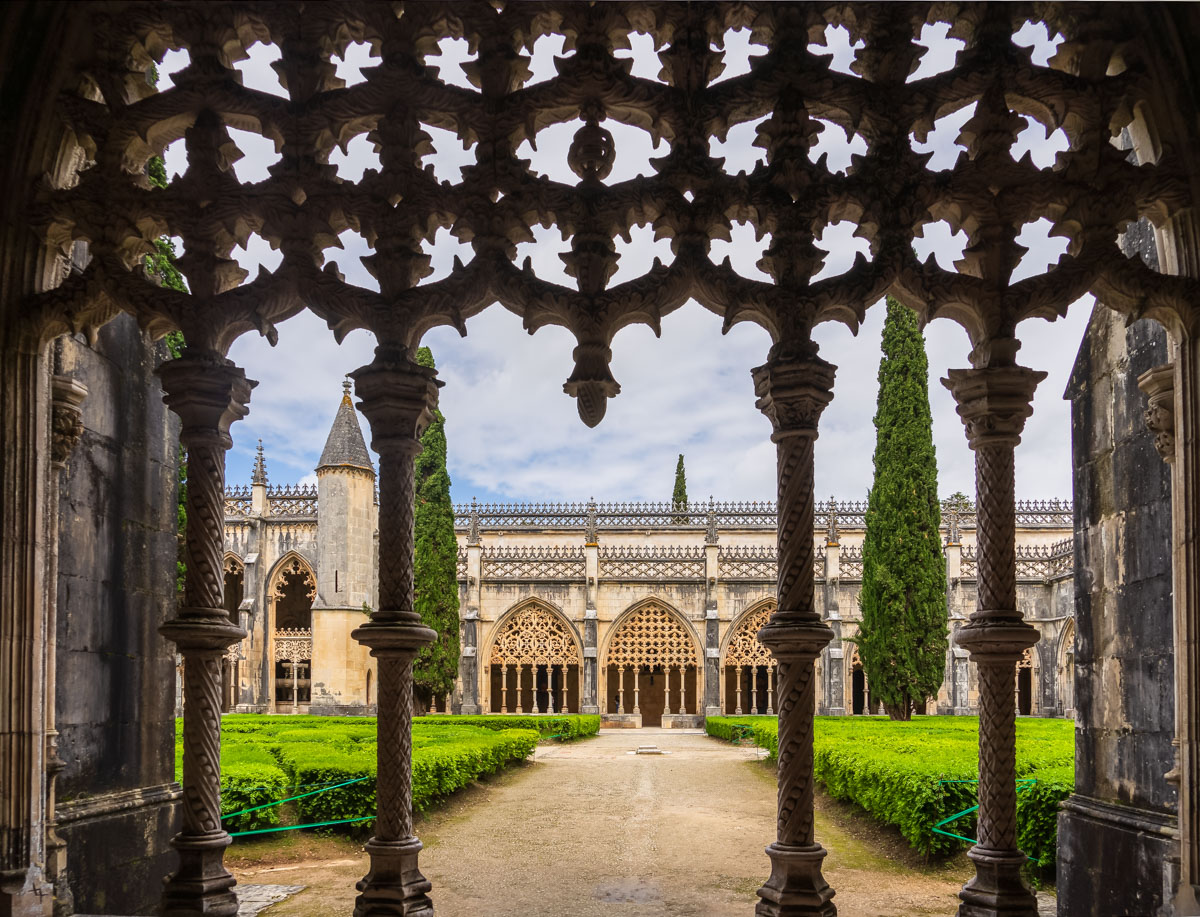 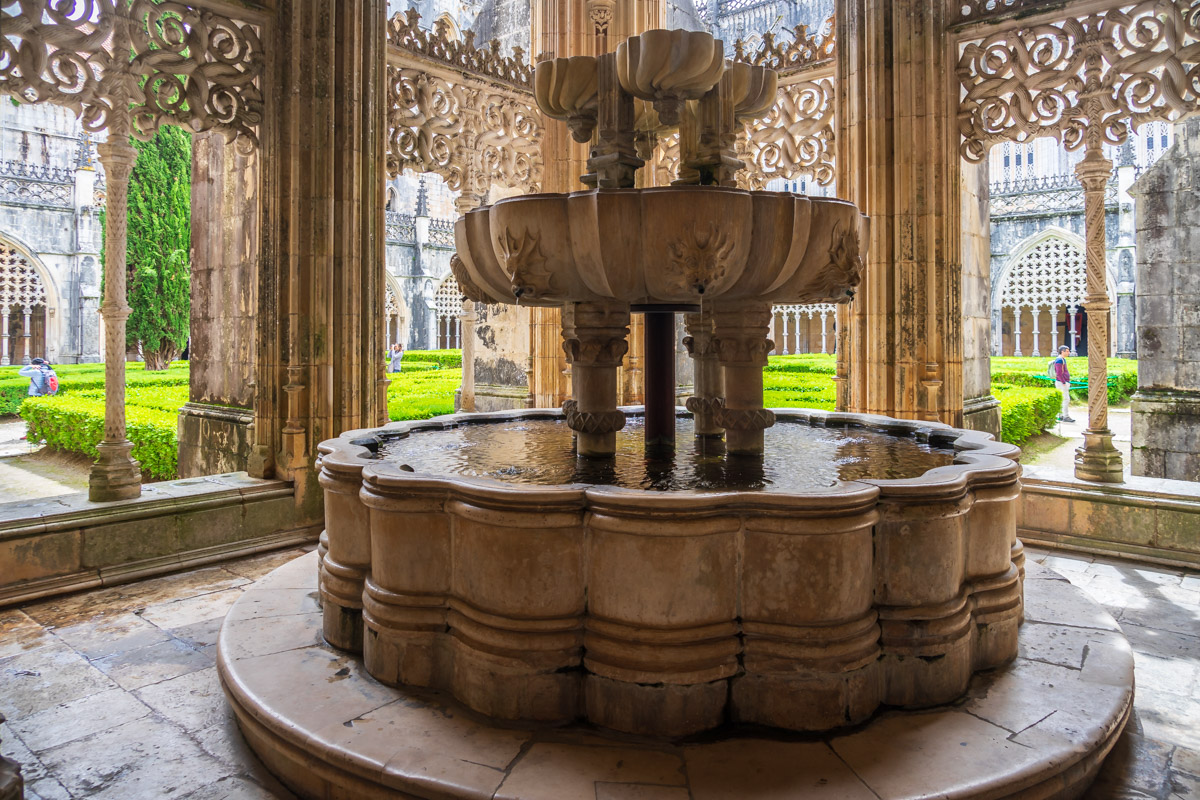 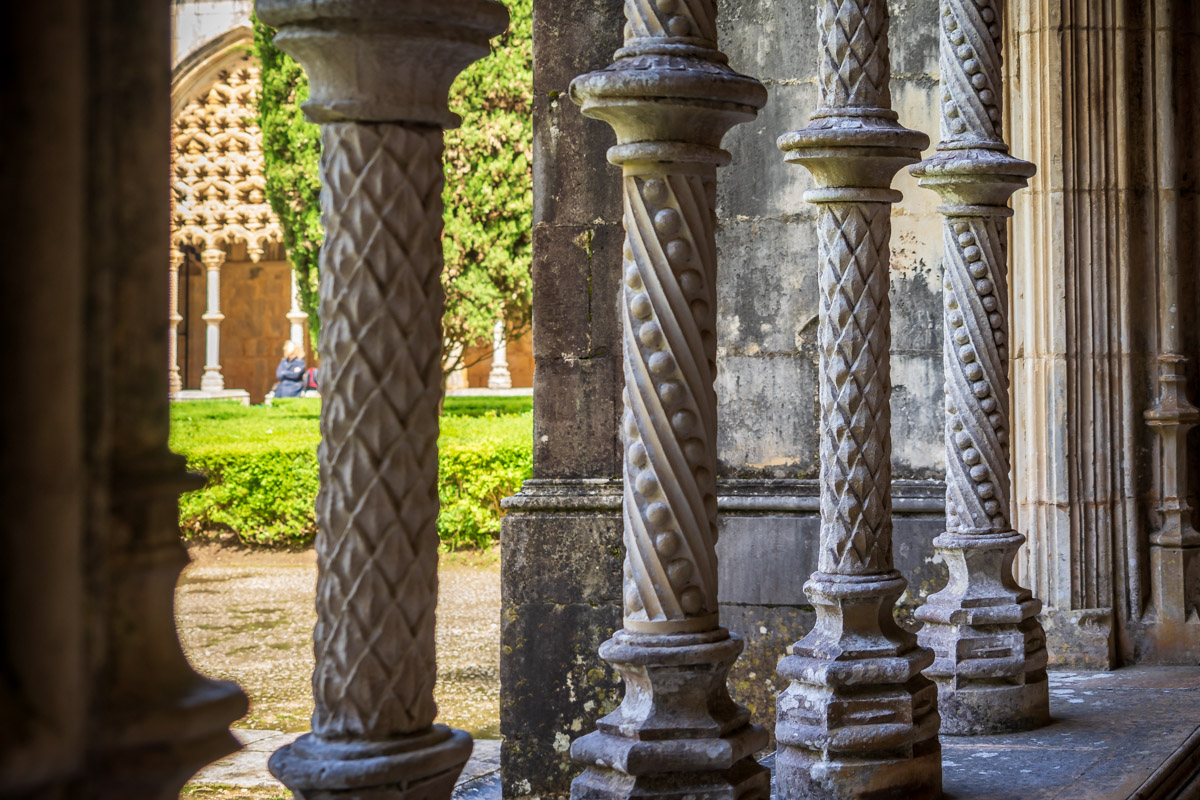 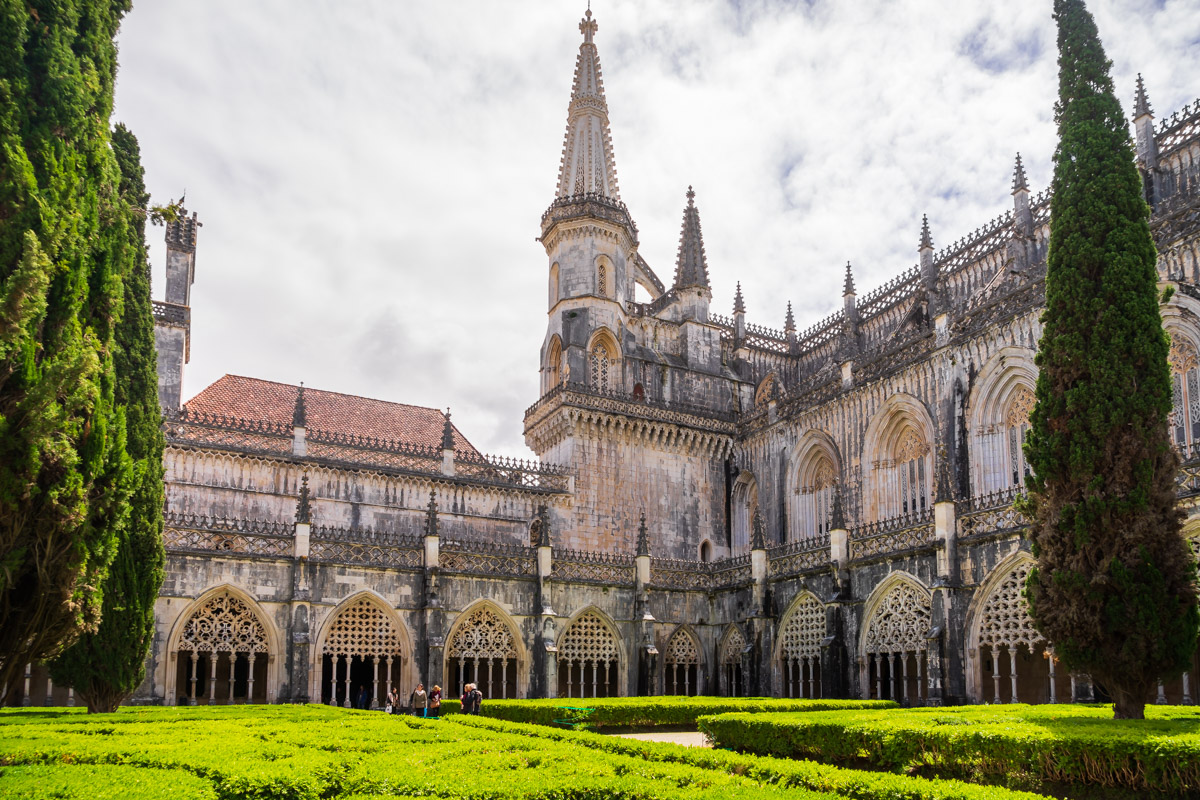 The details may be complex or simple, but many are just delightful. 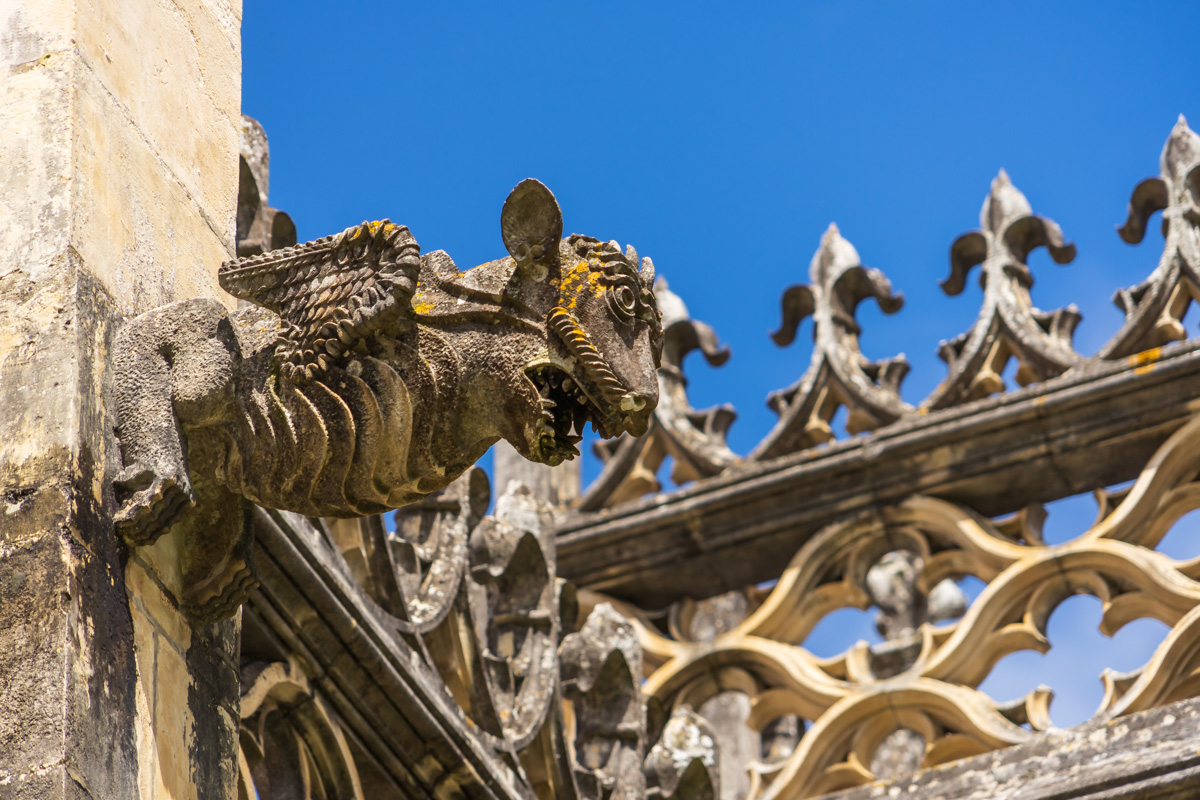 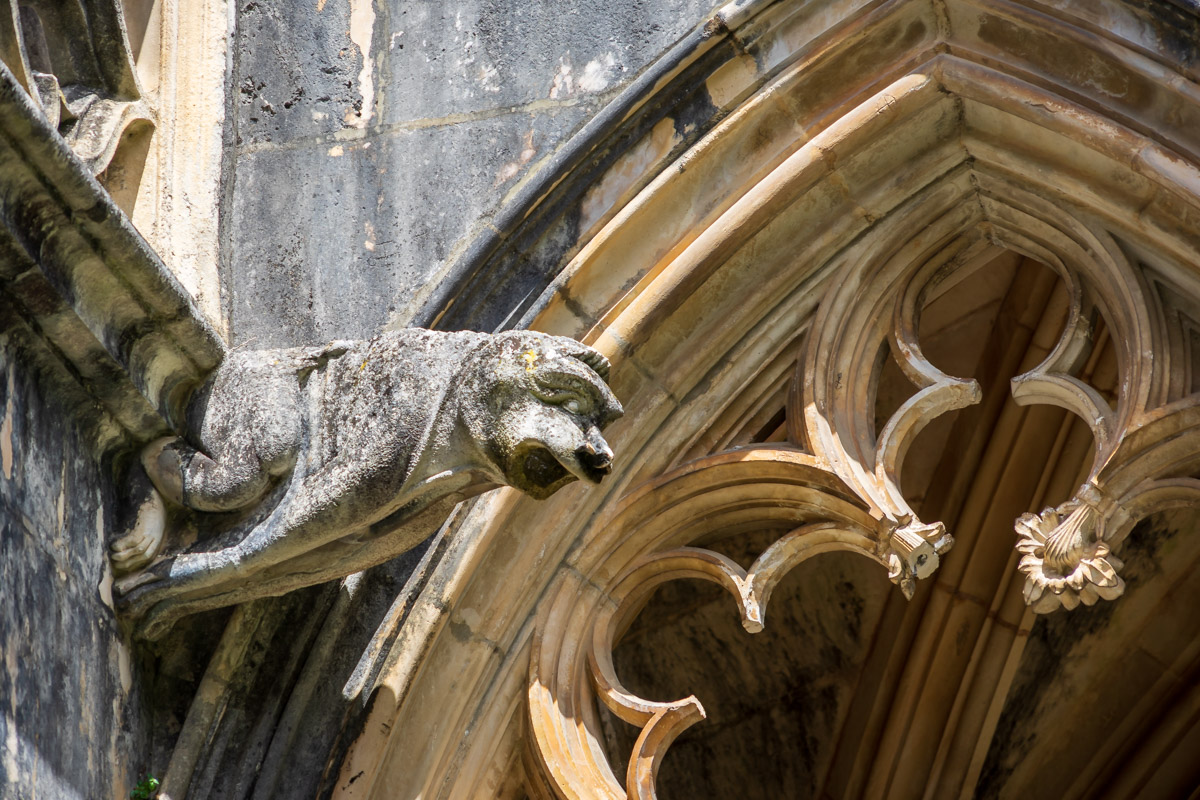 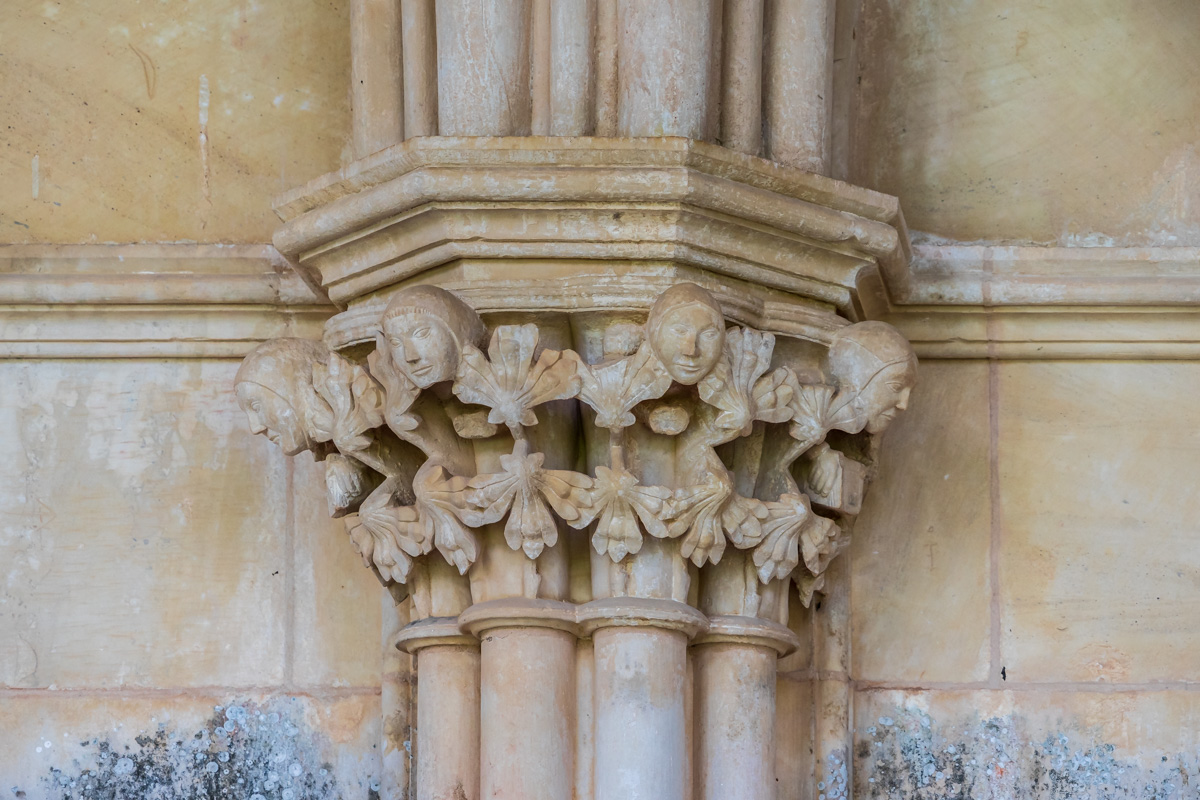 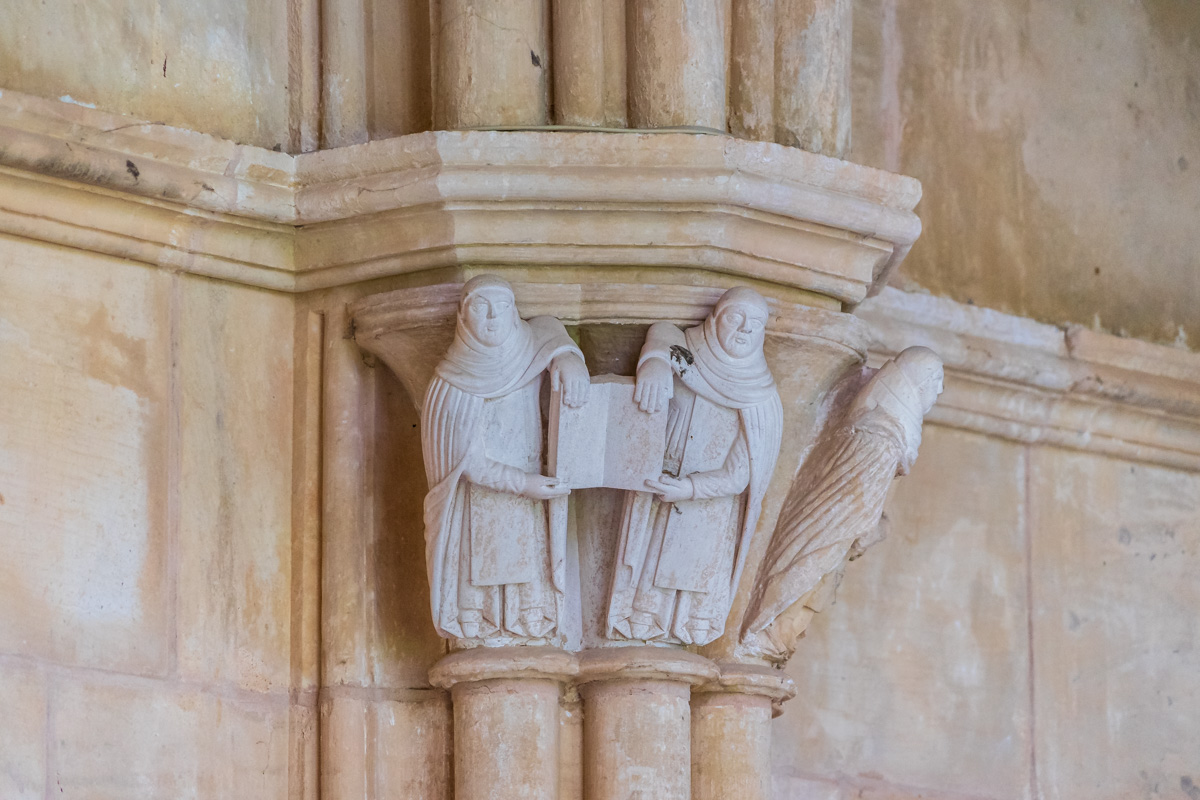 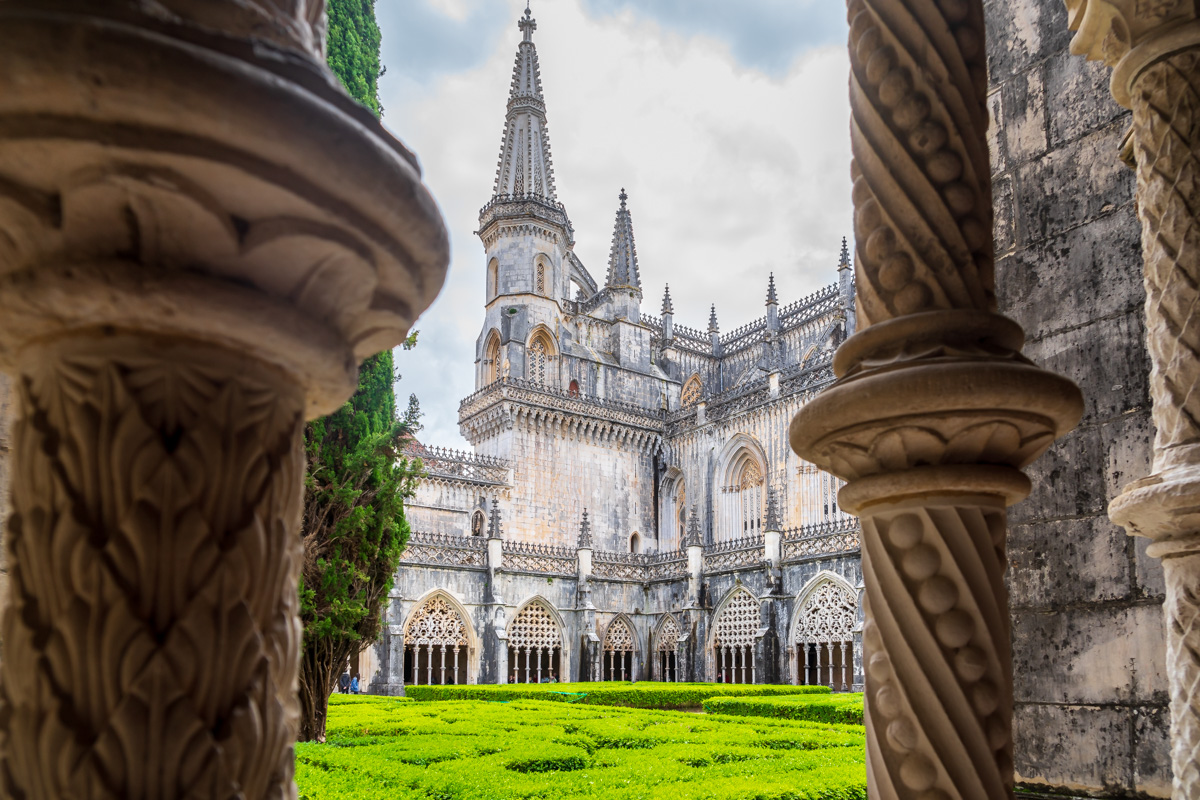 The black stains on the yellow stones detract from the overall impression, in my humble opinion. Where the monastery in Alcobaça appeared very thoroughly cared for, Batalha feels not exactly neglected but also not really in the best shape it could be. The following picture is a good illustration. 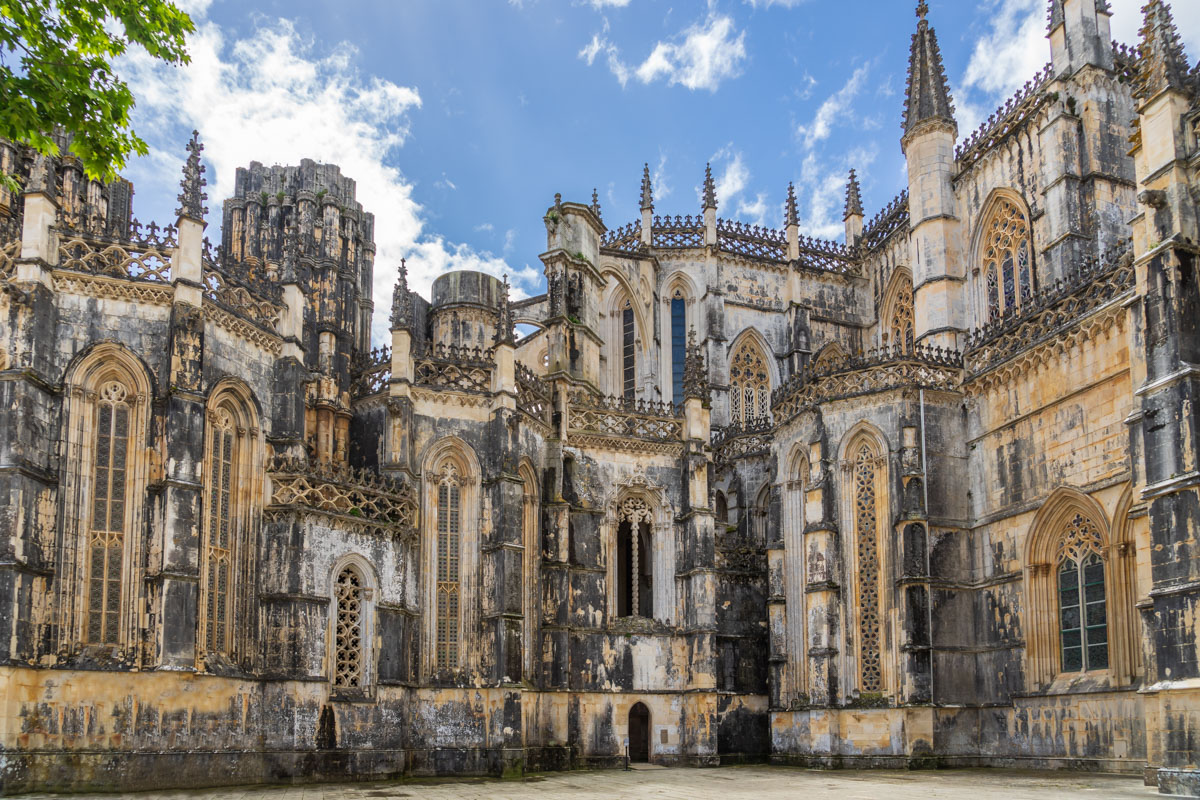 The last component of the complex are the Unfinished Chapels. The principal work on the monastery construction continued into the 16th century (having been started in 1386), but the adjoining yet separate octagonal structure of the Capelas Imperfeitas was never fully built. It is the killer feature of the monastery, resplendently decorated with lacework of Manueline motives. 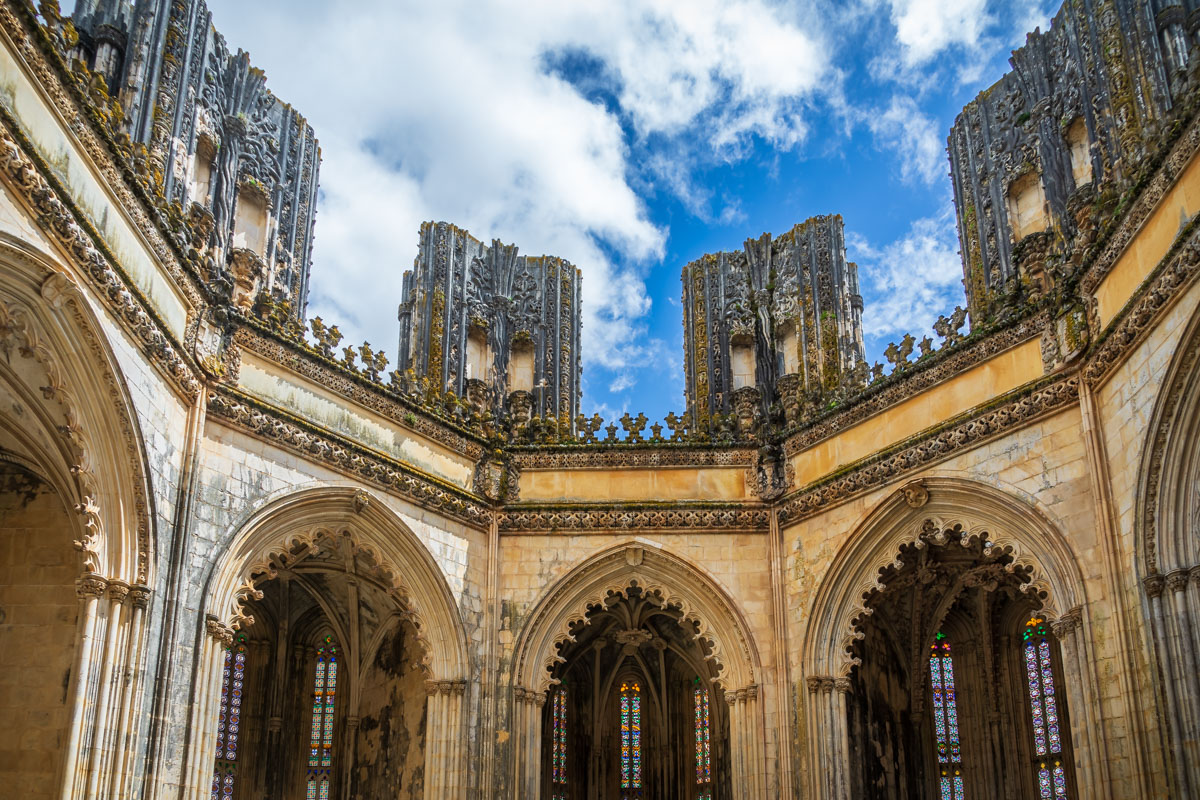 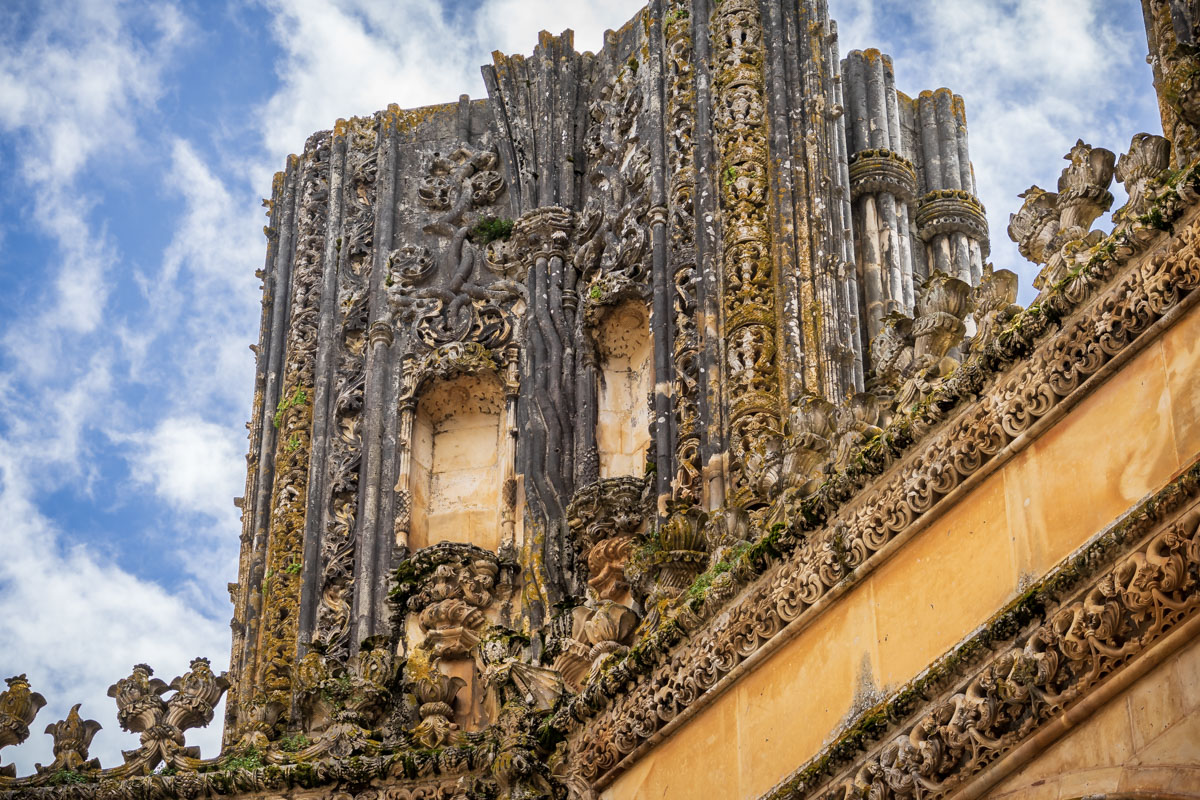 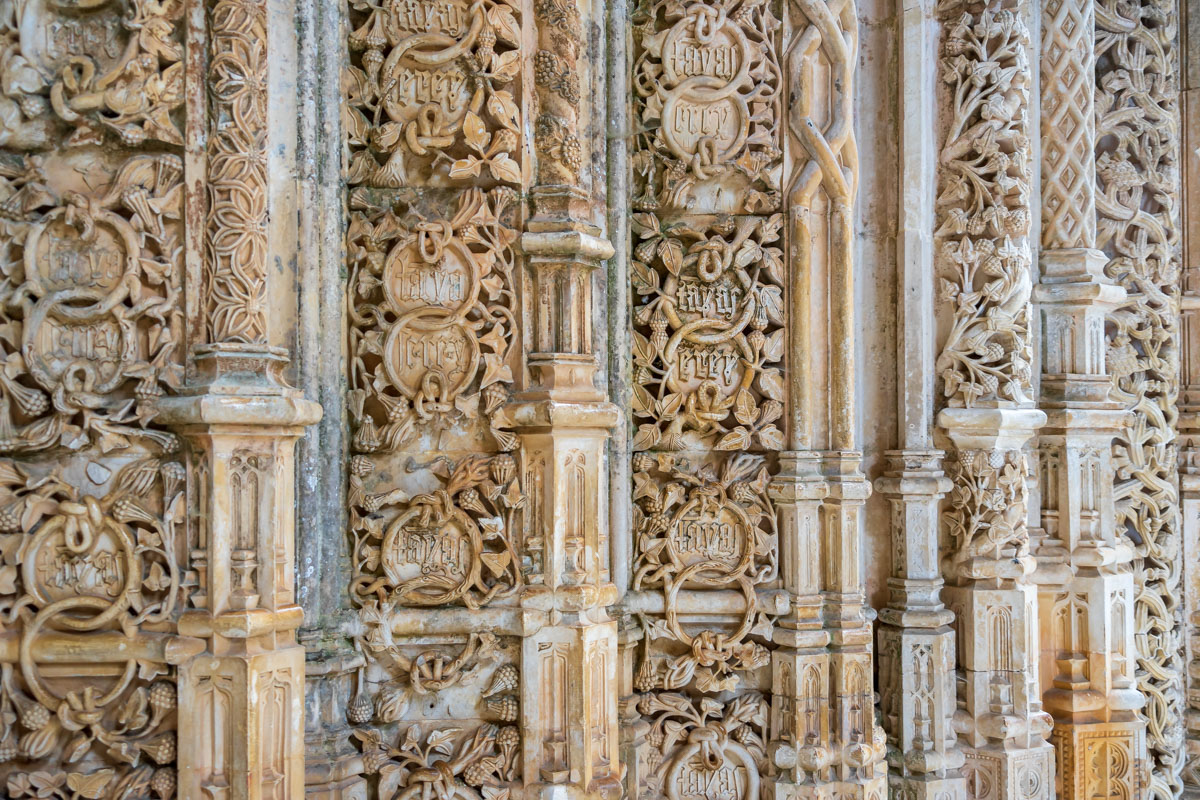 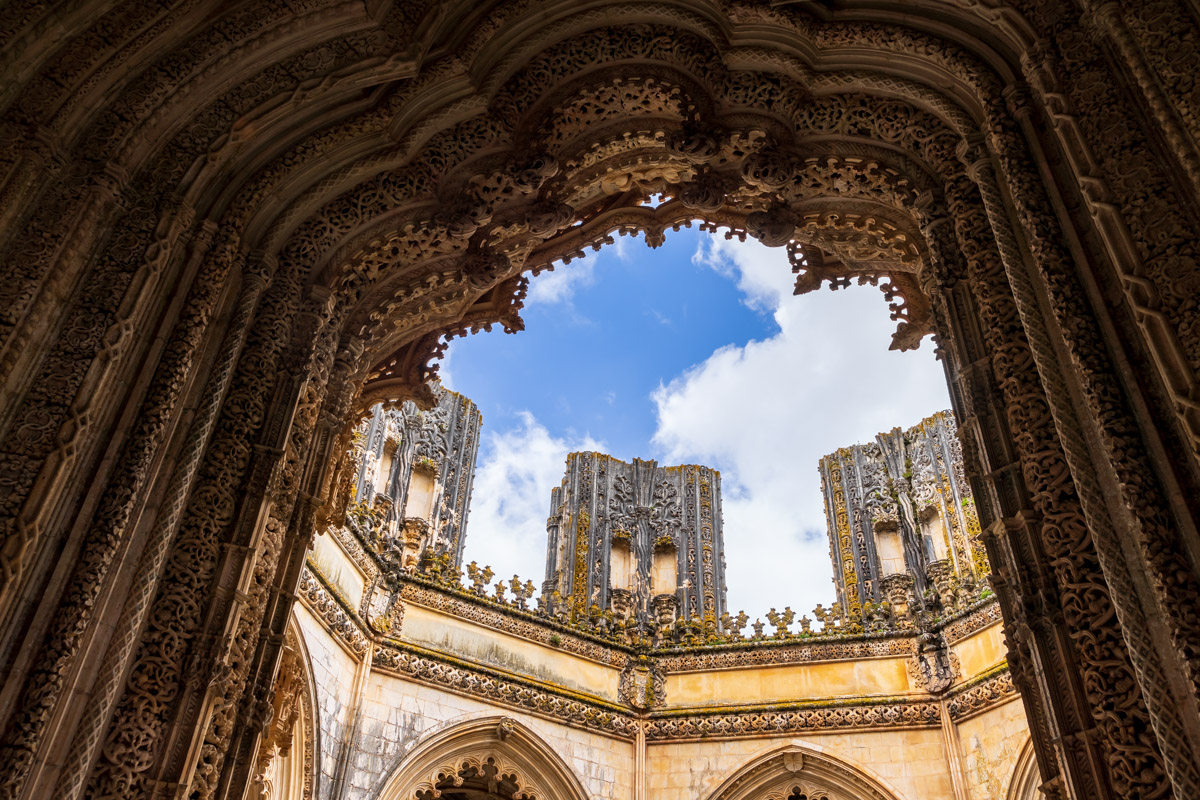