Just as in Amarante, our visit to Aveiro was negatively affected by the weather, only in a more dramatic fashion. We arrived in town on a beautiful spring sunny morning, shortly after starting our exploration decided to stop by for coffee at one of the local establishments, and emerged from it not even 10 minutes later to be greeted by leaden skies and approaching downpour.

This is the central quay of Aveiro under azure skies. 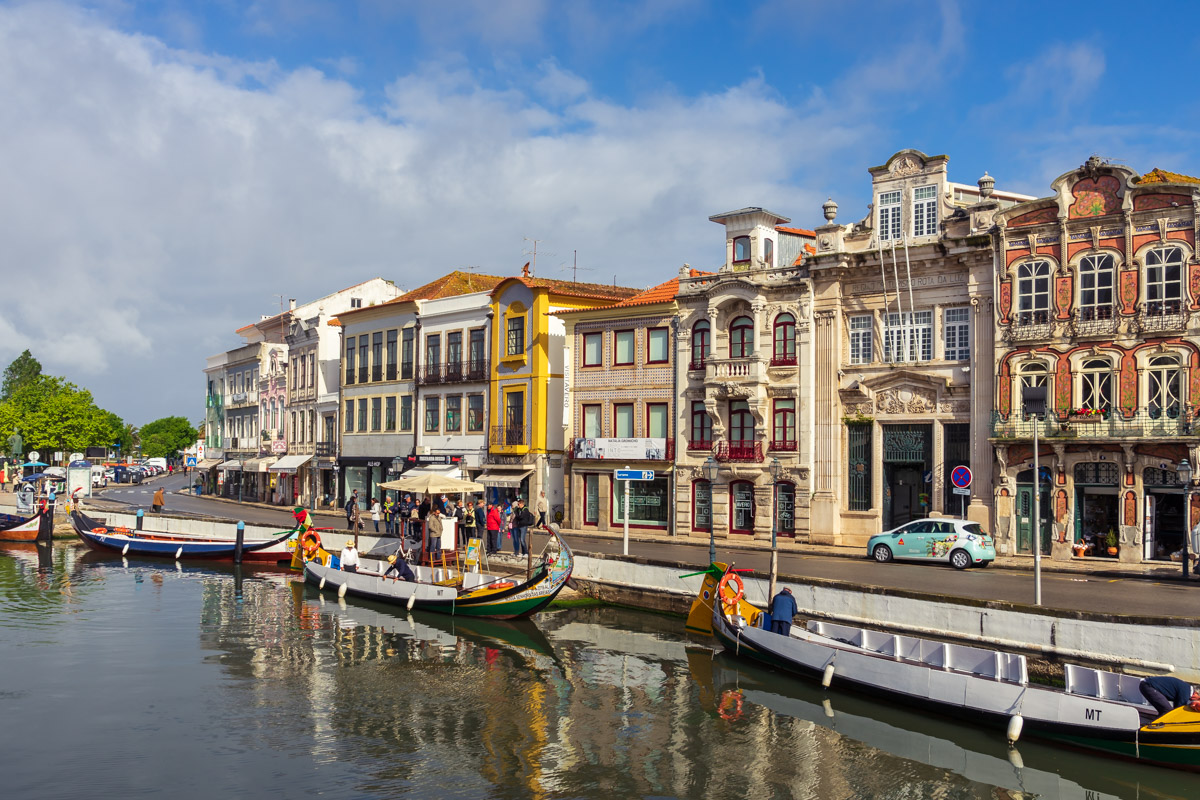 Aveiro is dissected by several canals. While the network is not too extensive, taking a boat trip around the canal district is among the principal activities when in town. There are quite a few offerings to do that on the main quay. 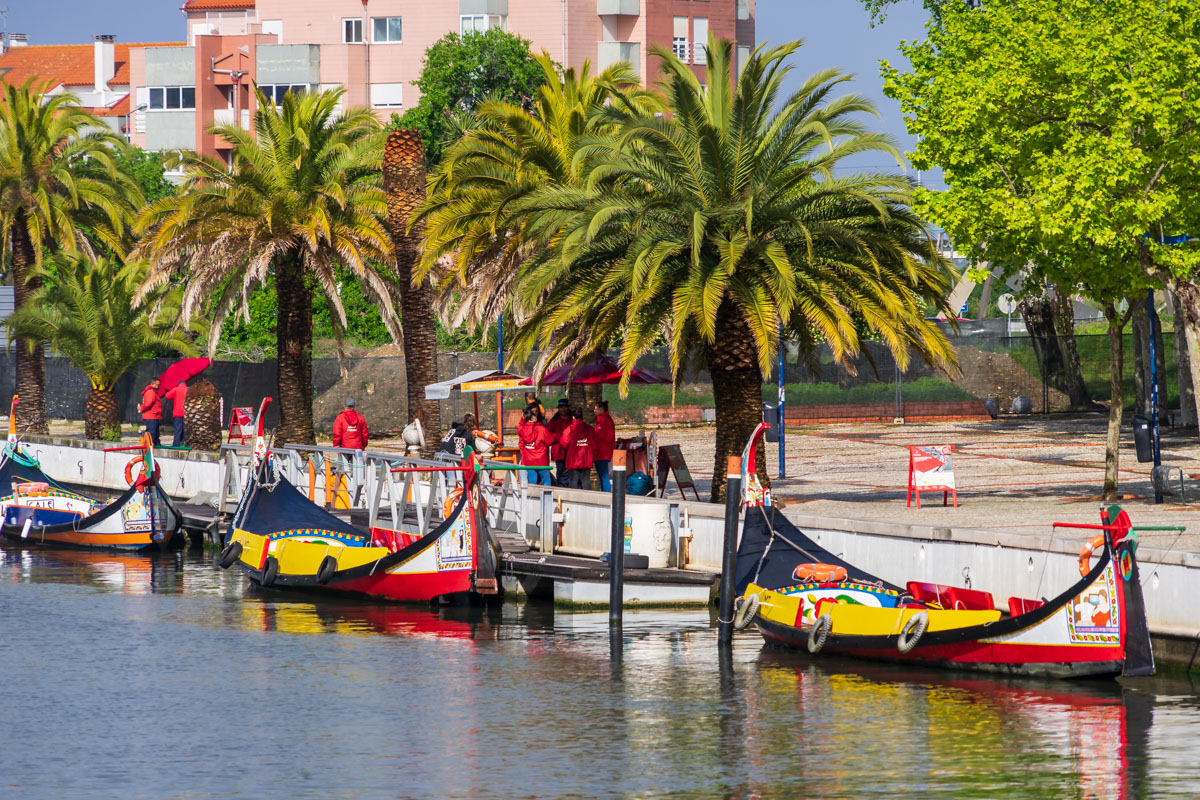 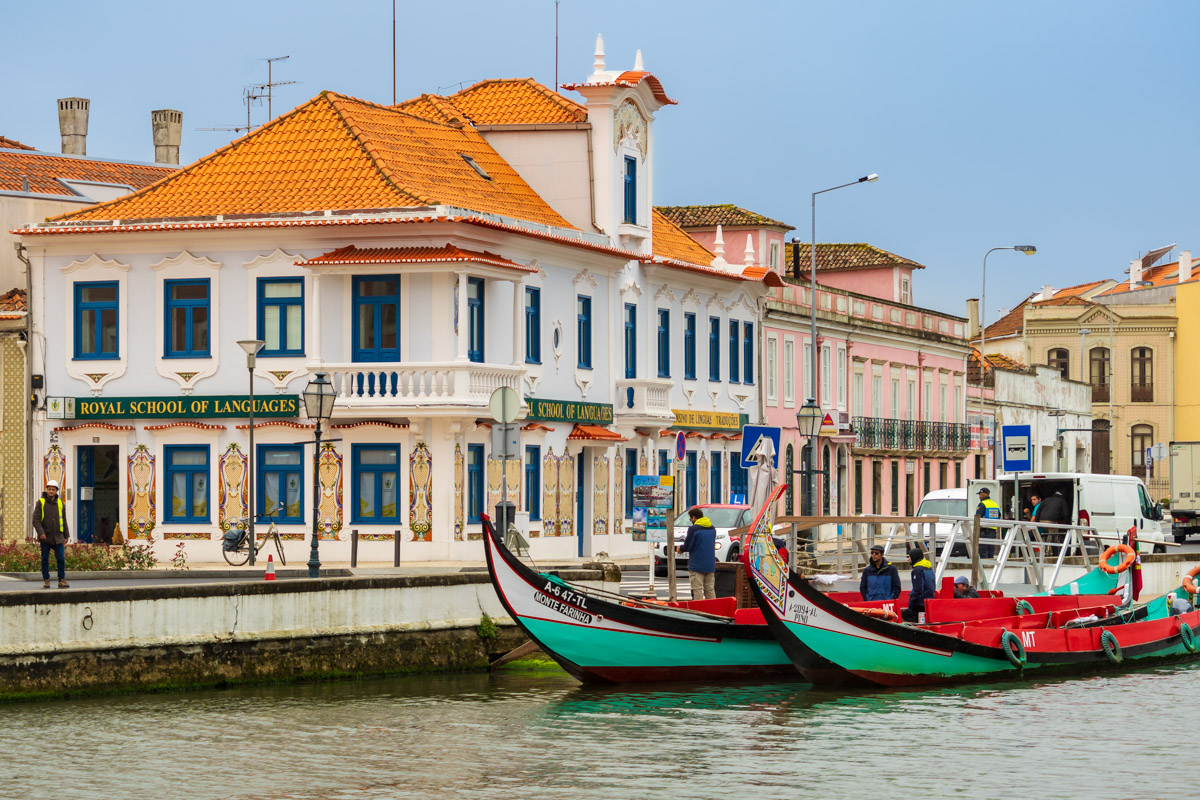 Any designs we had on taking a boat ride ourselves were swept away by the downpour. A number of unlucky souls who were already on the canal when the rain started looked distinctly miserable.

We had an umbrella with us, so we decided to stroll around. I took a handful of shots of squares and buildings on and near the quay. 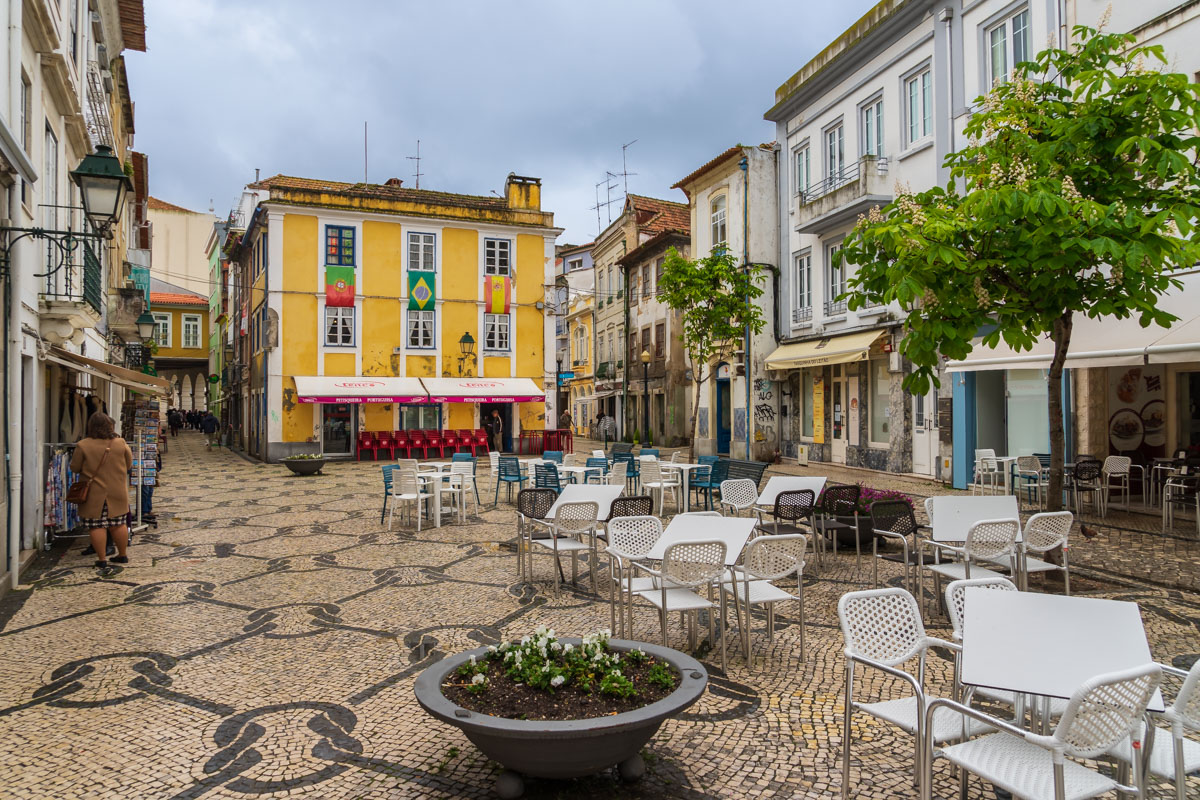 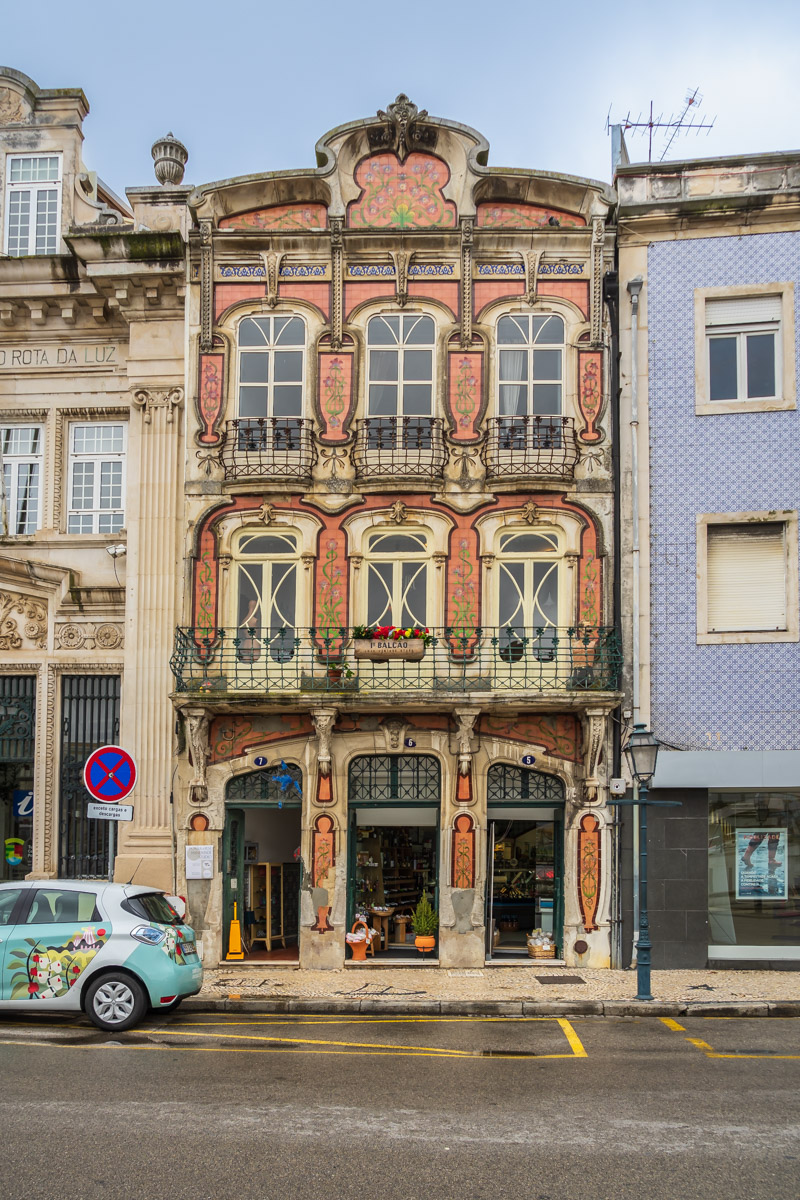 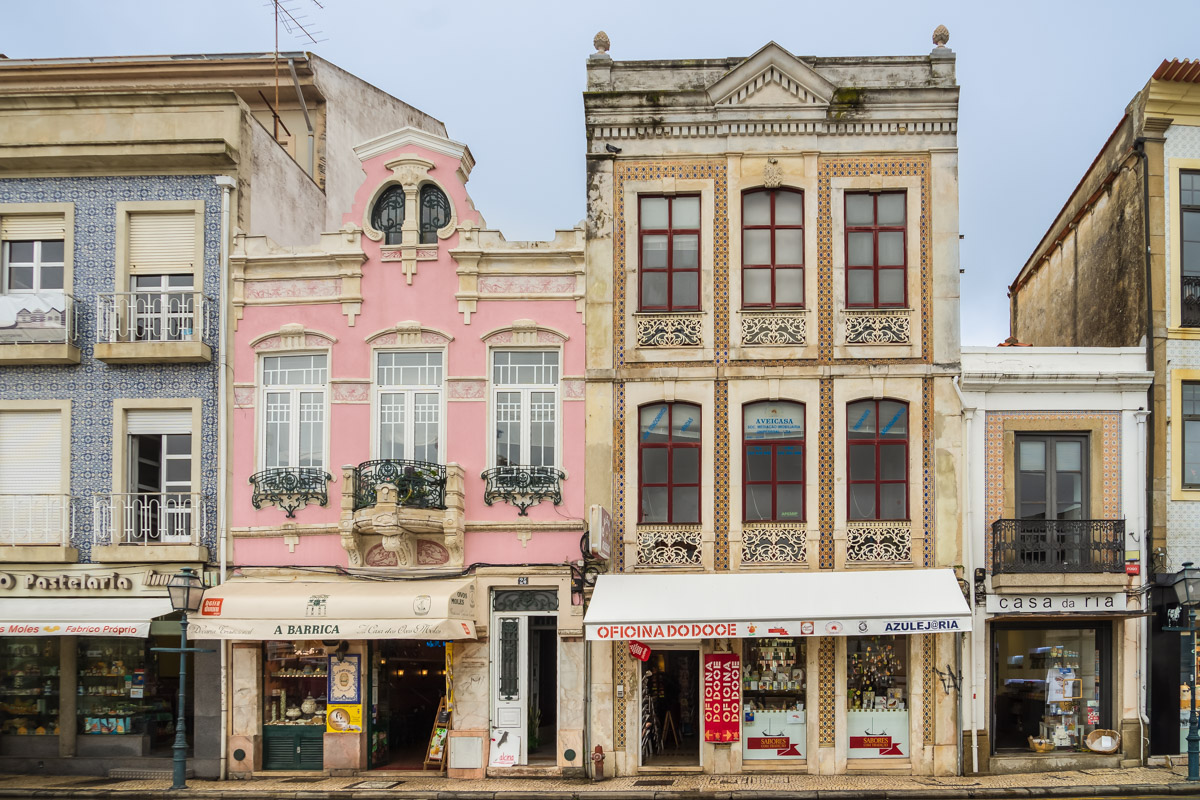 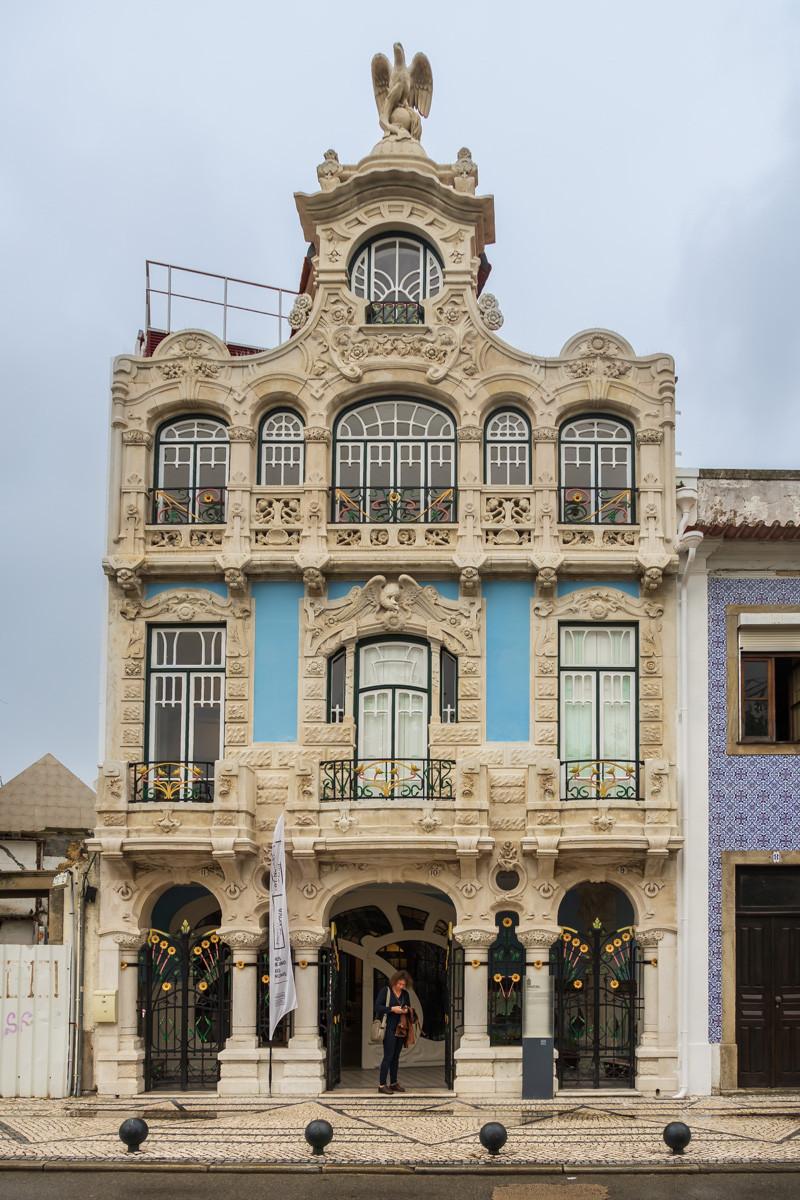 After half an hour of such wandering, with no end in sight to rain, we decided to go back to the car and proceed to our next destination for the day, which, being more than an hour away, offered hope of better weather. Of course, not five minutes into the drive, the skies cleared as if mocking our decision to shorten our time in Aveiro.

Aveiro is about an hour away from Porto by car. There are a couple of points of interest that may be worth checking out, but most people will likely only take a gondola ride and explore some of the canal district on foot, which should take 2-3 hours in total.