The first capital of Portugal way back in the 12th century, Guimarães is recognized on the World Heritage list as an authentic example of the evolution of a medieval settlement into a modern town. Its historic center is a homogeneous architectural ensemble in a style that is native to the country and to the area, preserved well enough to offer visual enjoyment around every corner.

The town’s topography is not as hilly as what we have seen in Porto, but there are still a few slopes here and there. The keep of the medieval castle and the upper part of the Ducal Palace, located on a top of one of the hills, can be seen from a public square at another elevation.

The palace – whose official name is Palace of the Dukes of Braganza – is the leading tourist attraction in town. Although not “must-see” in the absolute sense of the word, it is quite interesting in that it manages to project a proper medieval feel in its mix of grand spaces with the austerity that is only mildly pierced by the placement of decorative objects.

Here is the main courtyard of the palace. 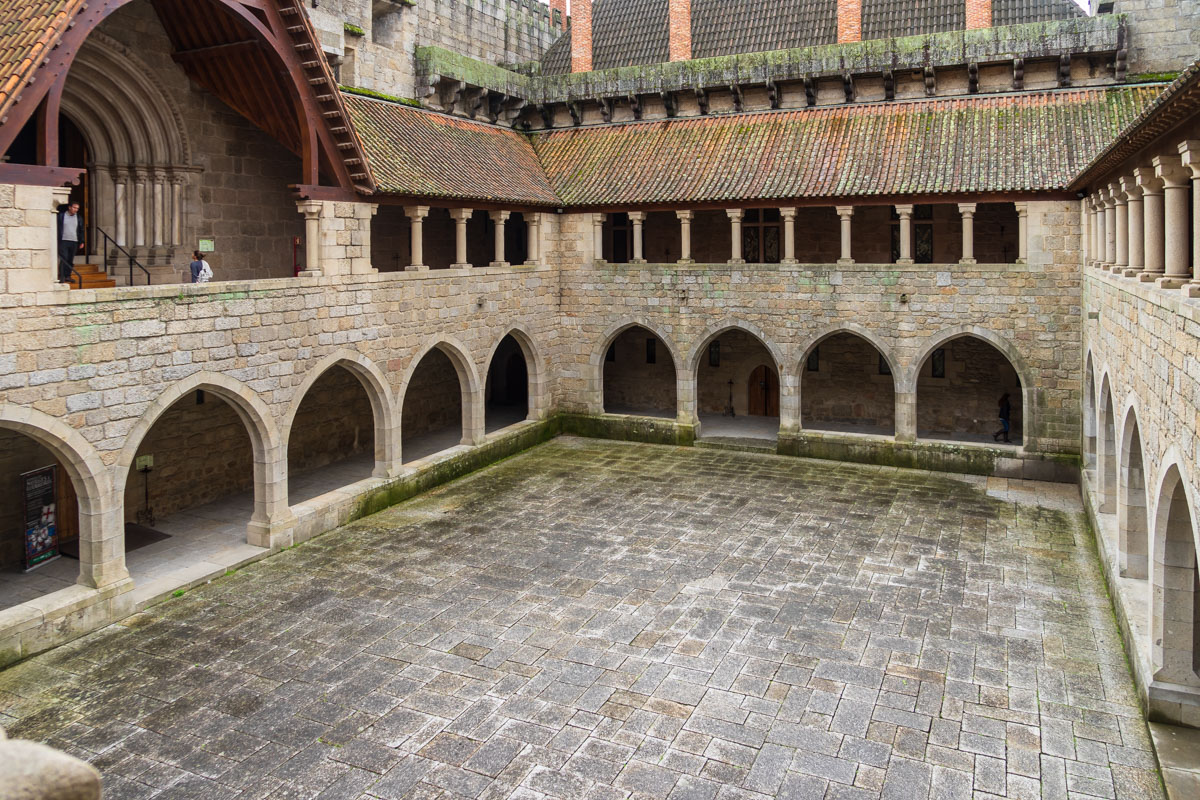 On the upper left is the chapel that is rather sparsely lighted inside, which makes the sight of its stained glass windows all the more dramatic. 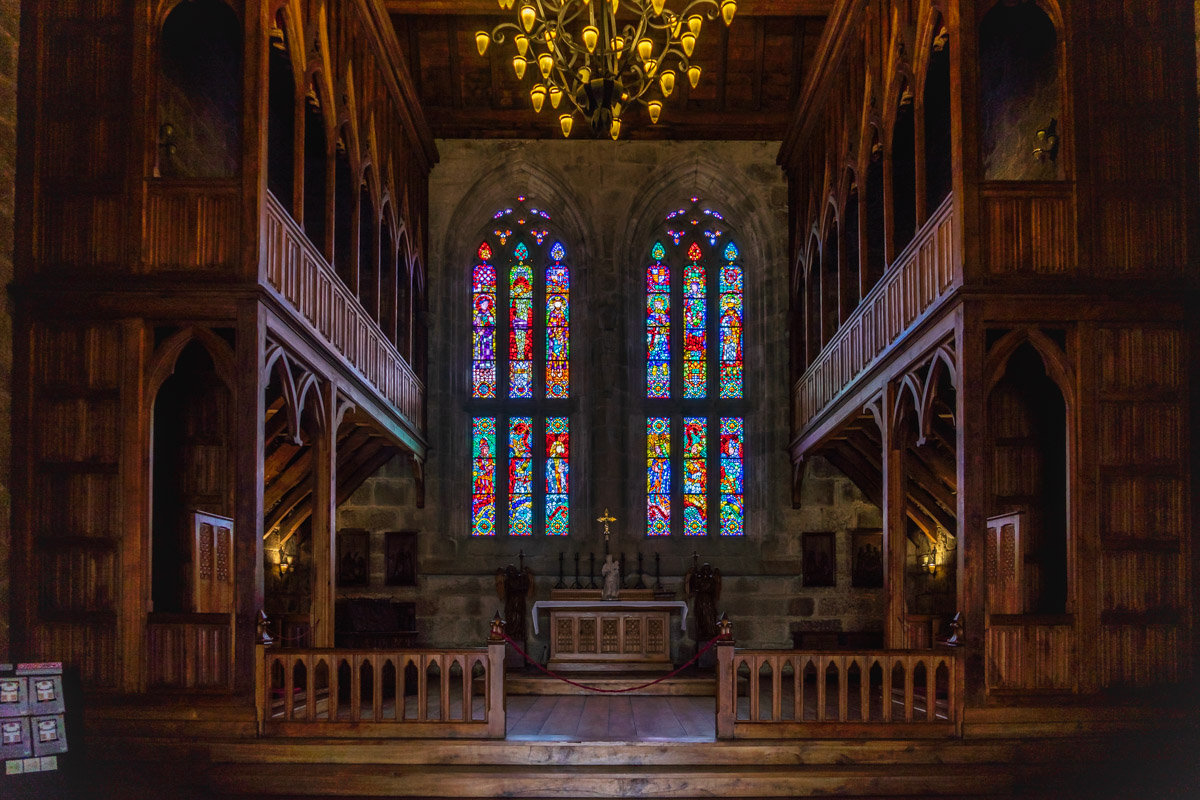 And here are a few of the rooms and their decorative elements. 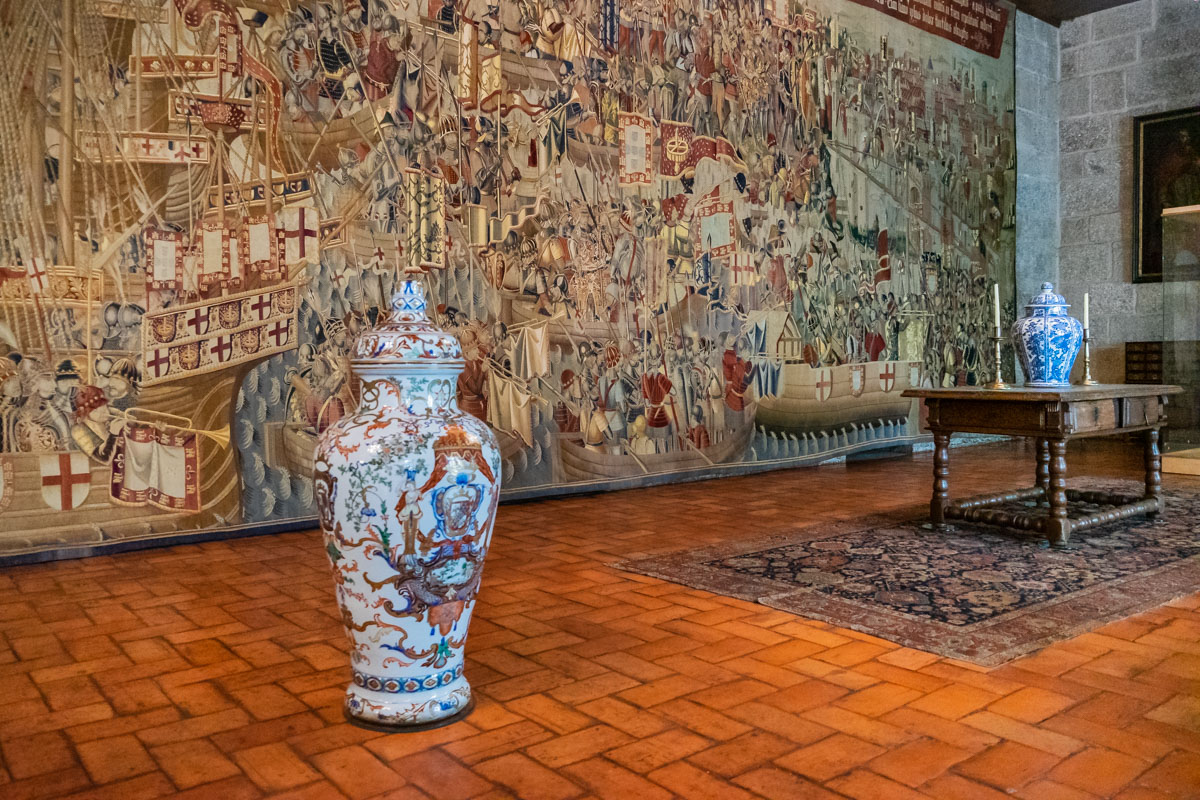 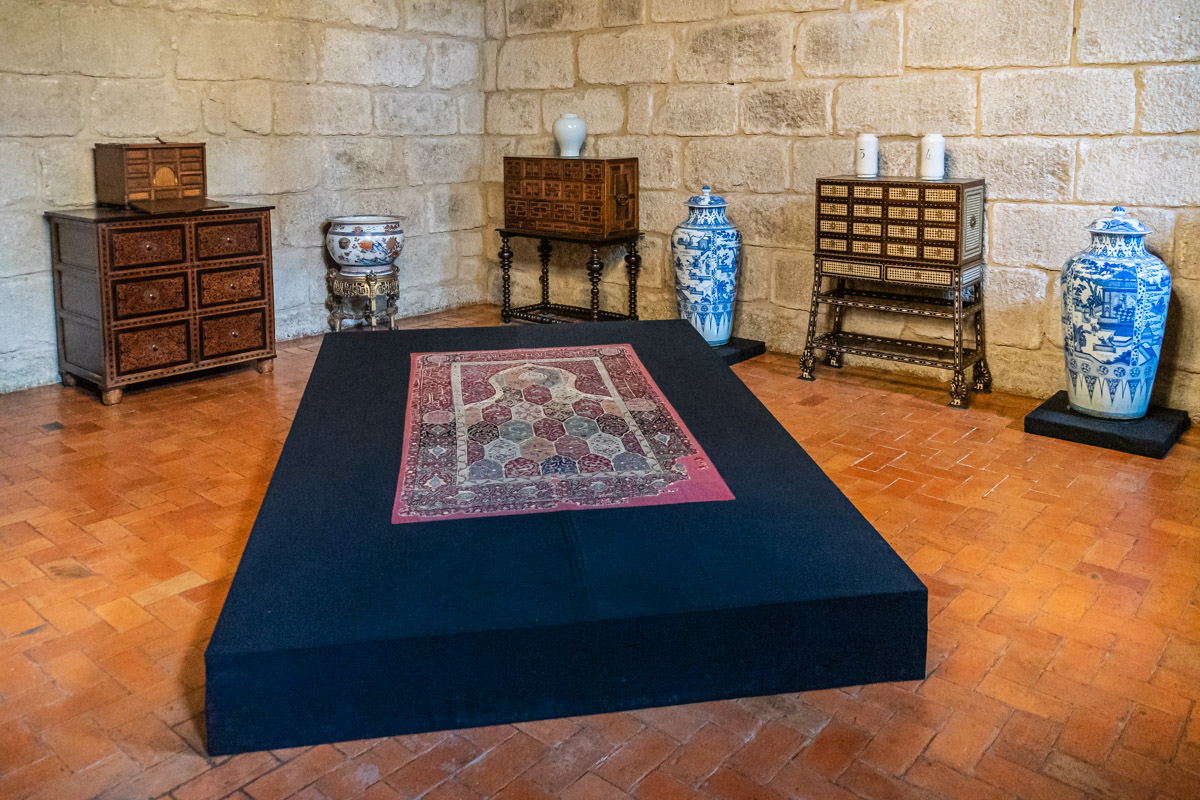 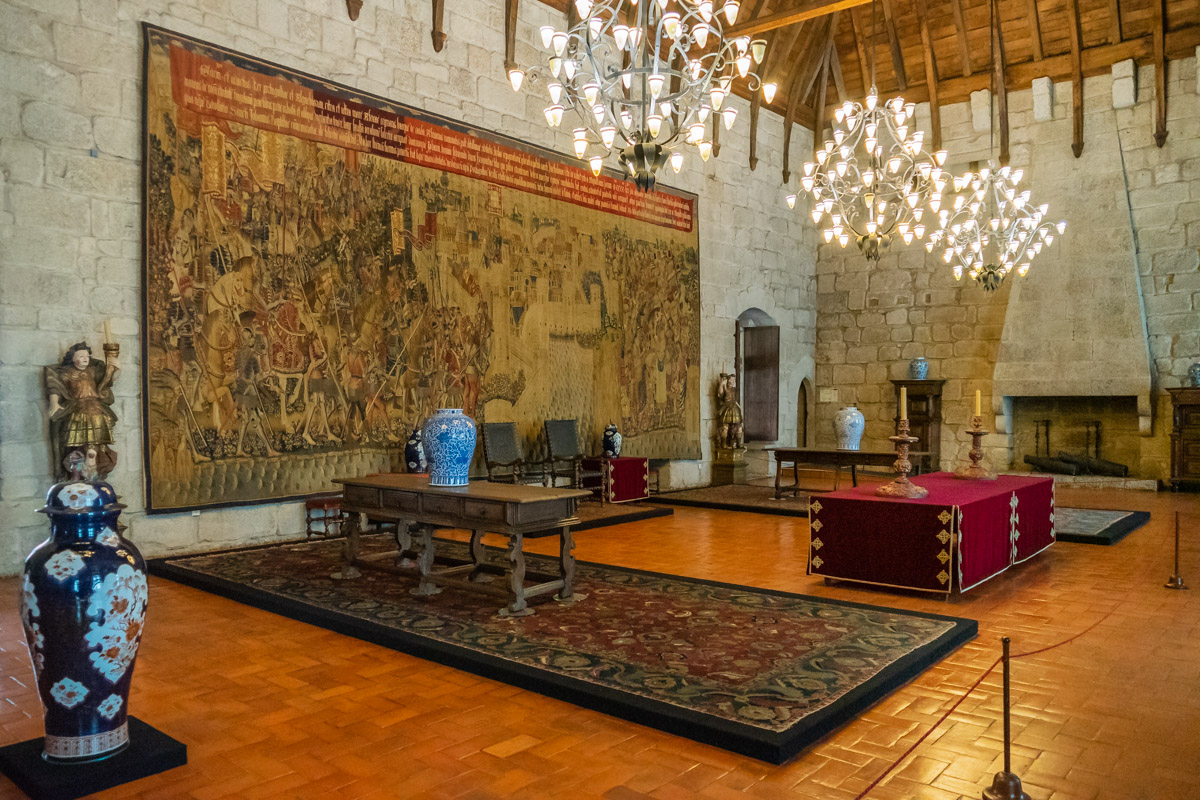 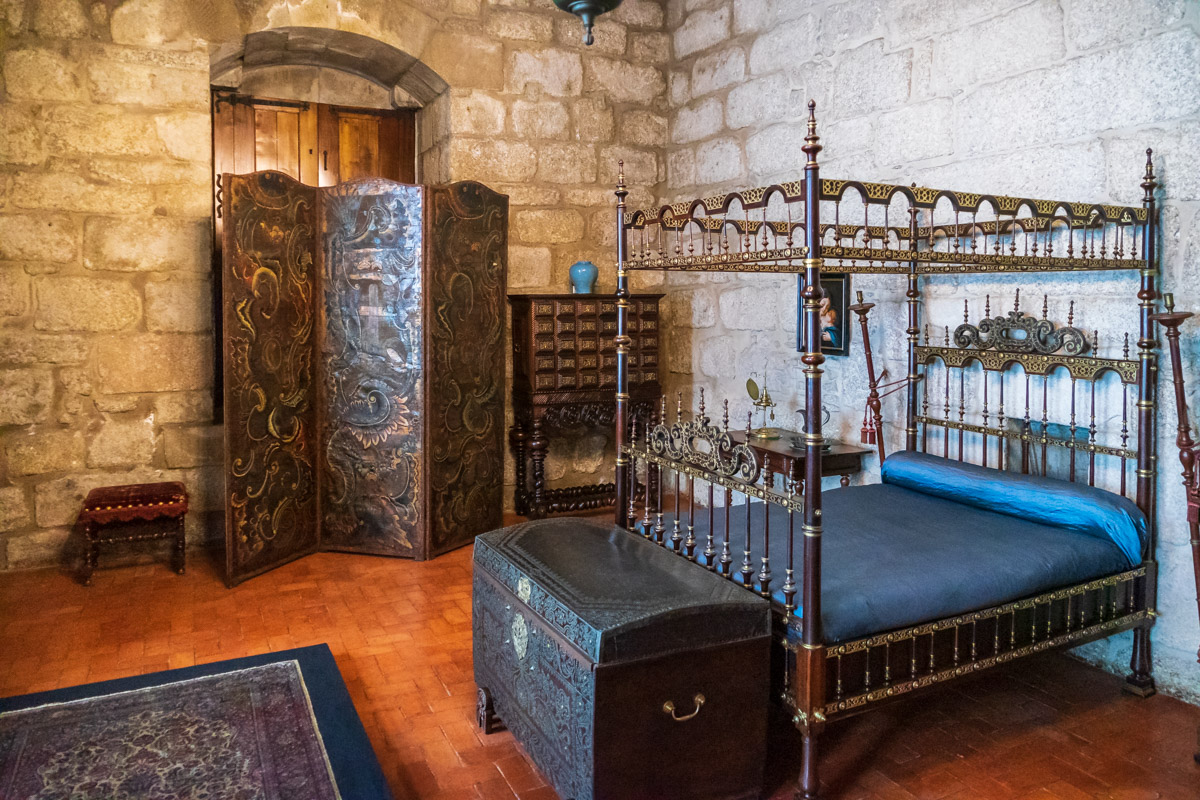 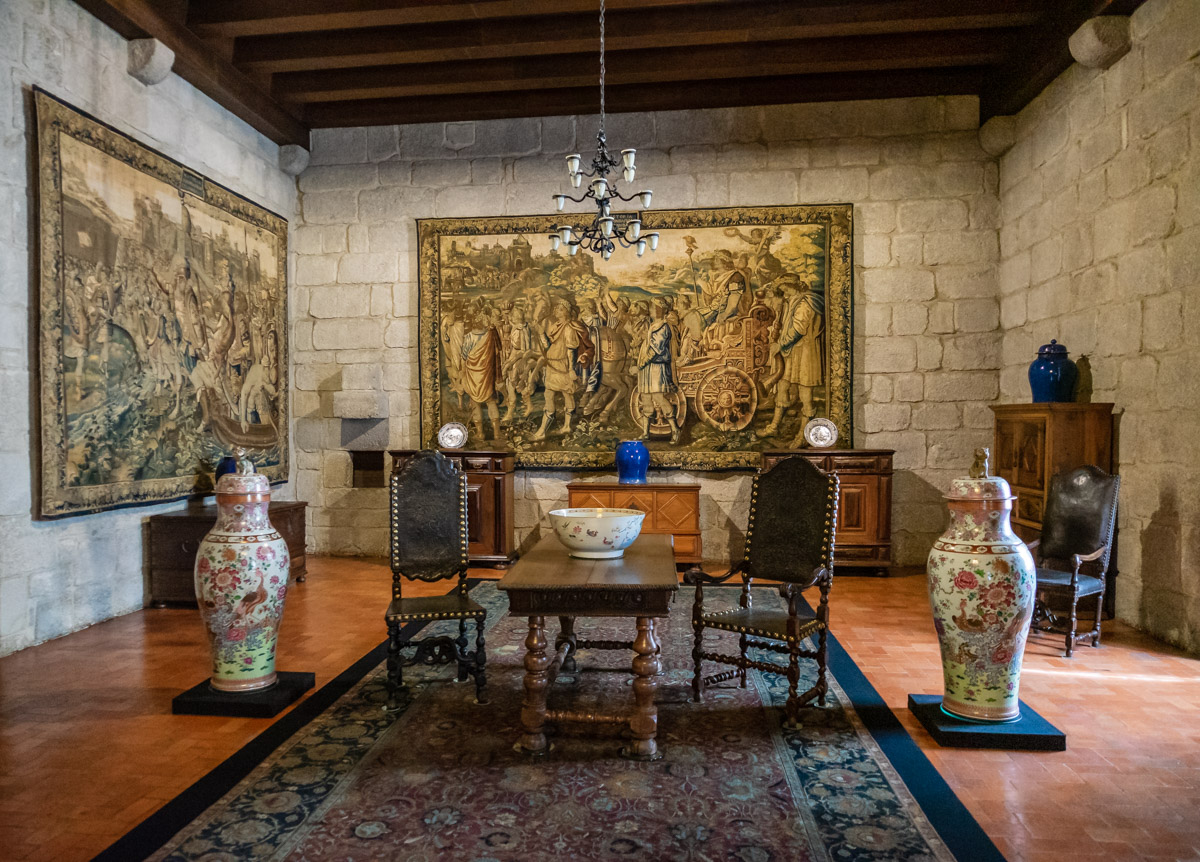 The 11th-century castle is among the oldest structures in town. 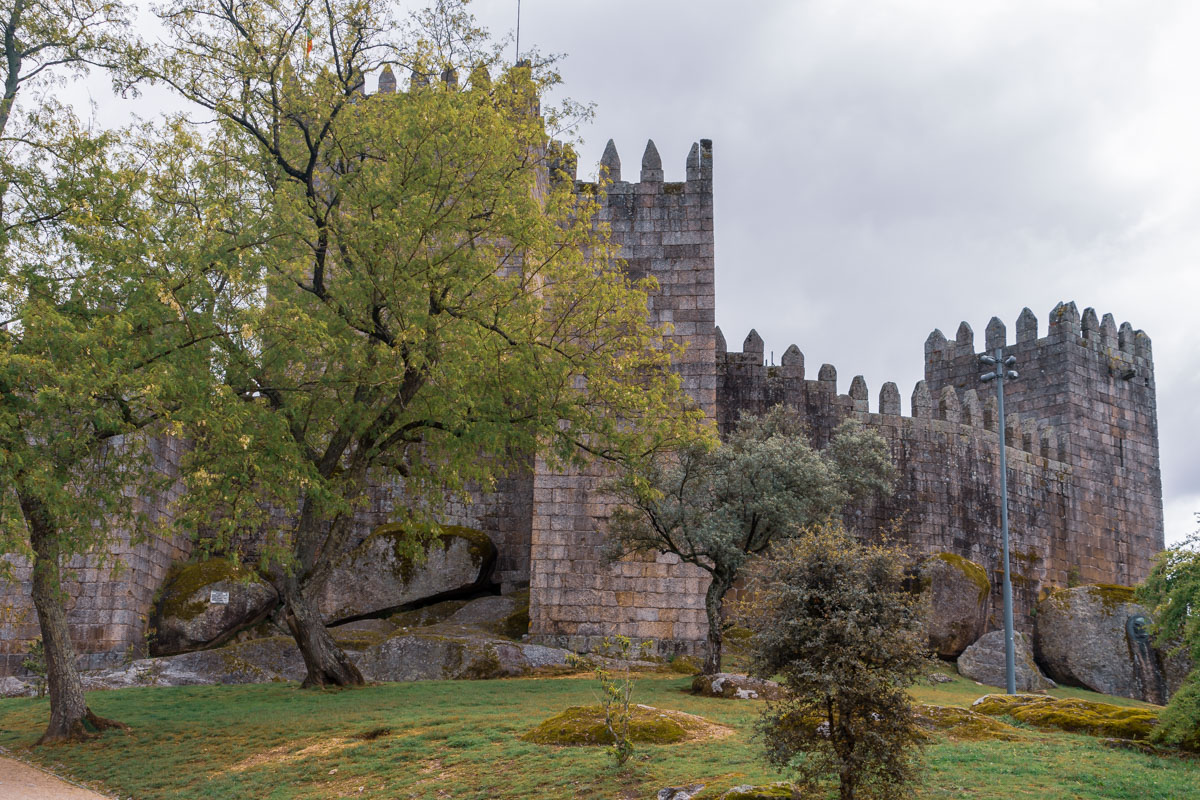 As Guimarães is widely considered to be the cradle of Portuguese national identity, the castle claims to be the likely place of birth of the first king of Portugal, Afonso Henriques. 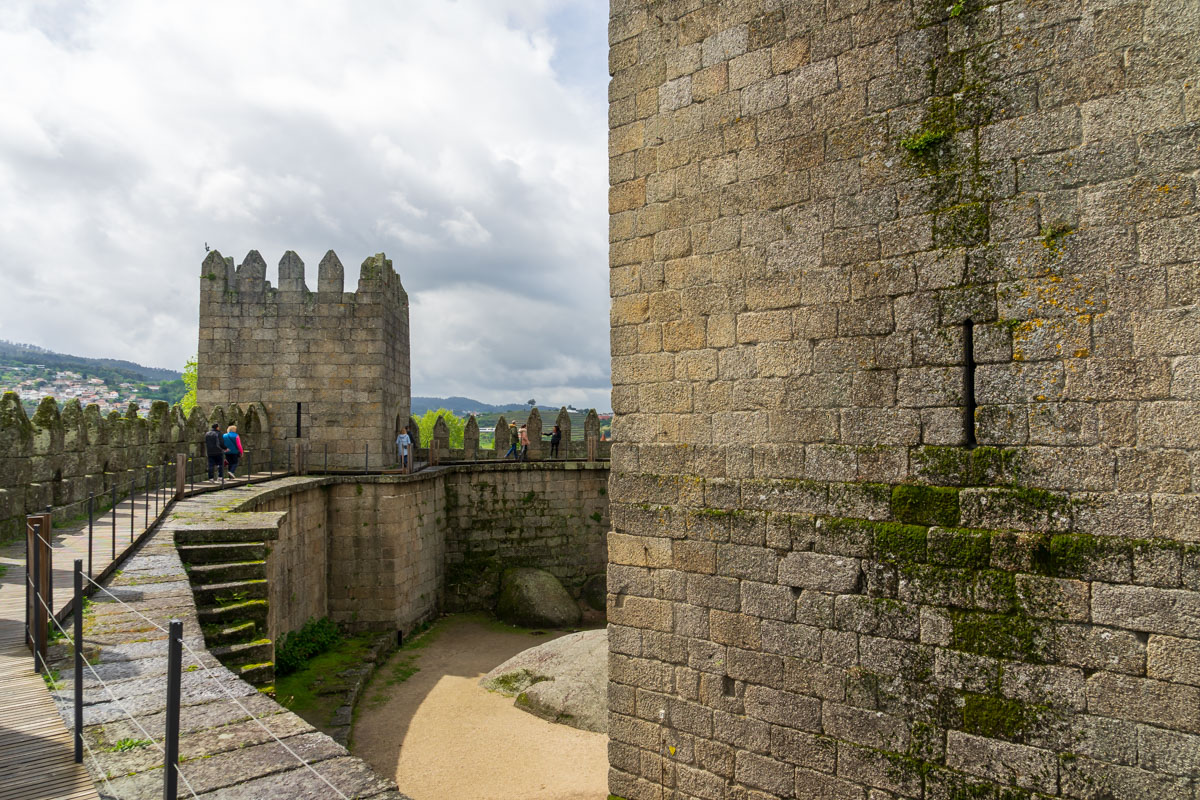 The history of Portugal – alongside some of the key world events – is presented chronologically in the keep from medieval times through the beginning of the 21st century. The most fun part of the visit to the castle is the animated biopic of Afonso Henriques shown on the top floor – you don’t have to understand Portuguese to enjoy the lighthearted way of the presentation.

Beyond the palace and the castle, we only stepped inside a couple of churches. Here is the nave of Nossa Senhora da Oliveira. 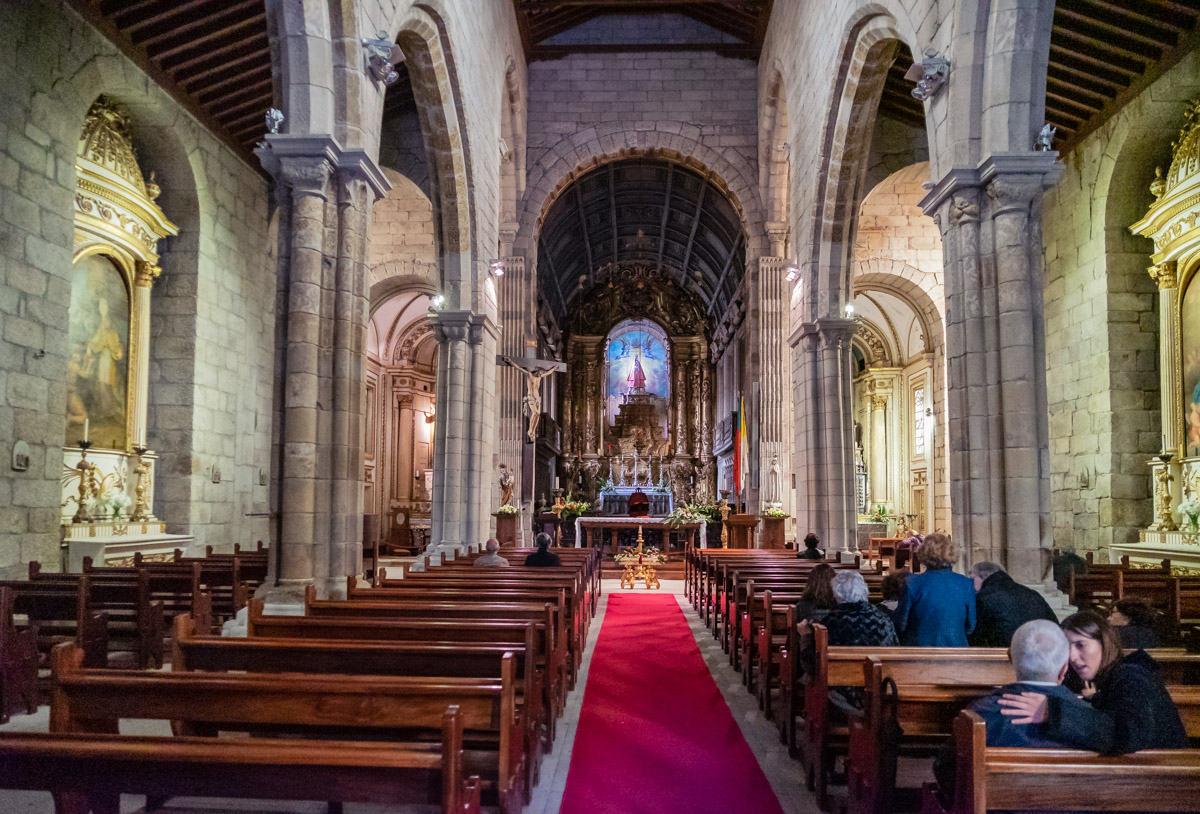 Mostly, we just walked around the town center admiring the eye-catching combinations of colors, balconies and façade decorations. 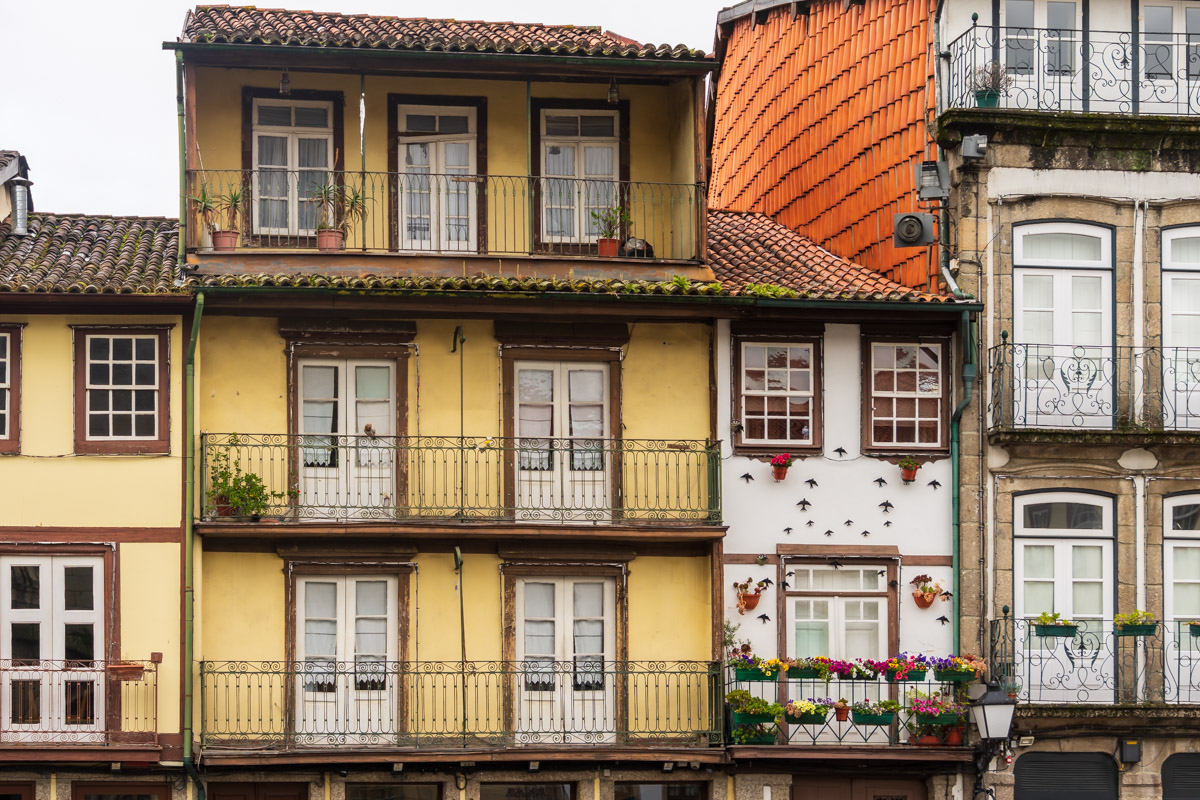 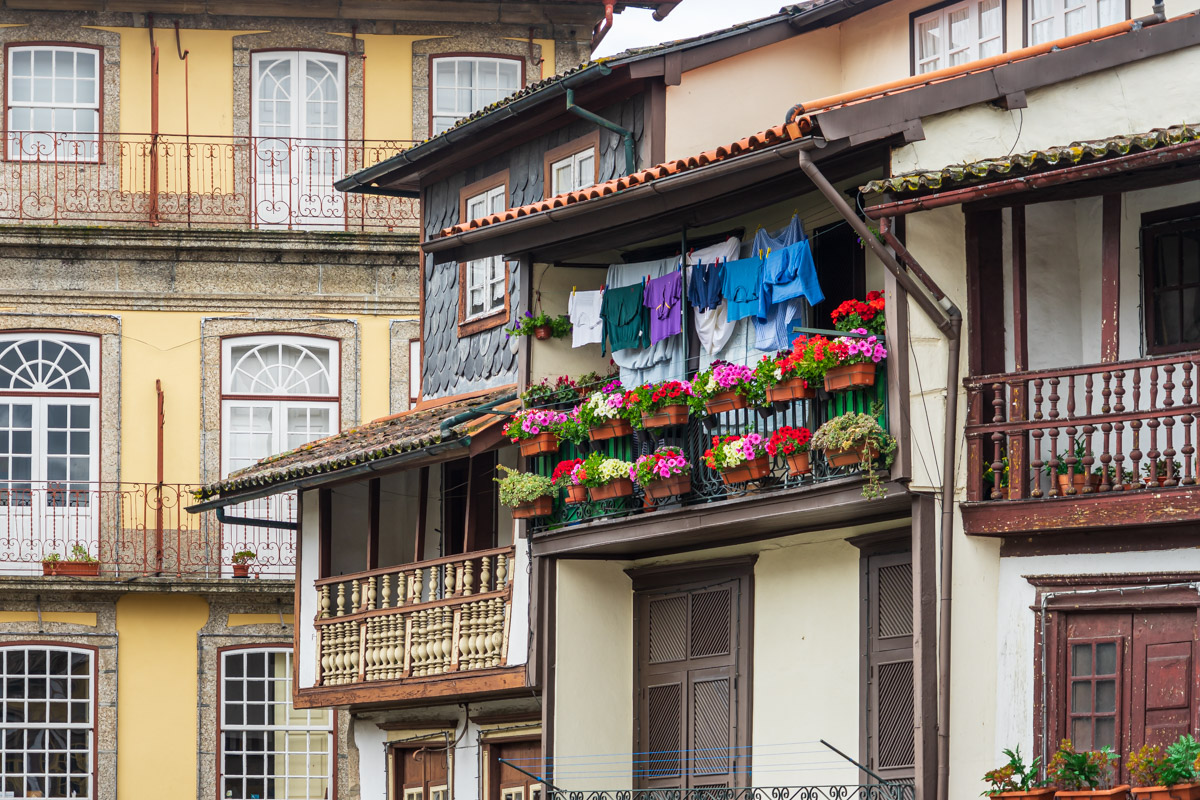 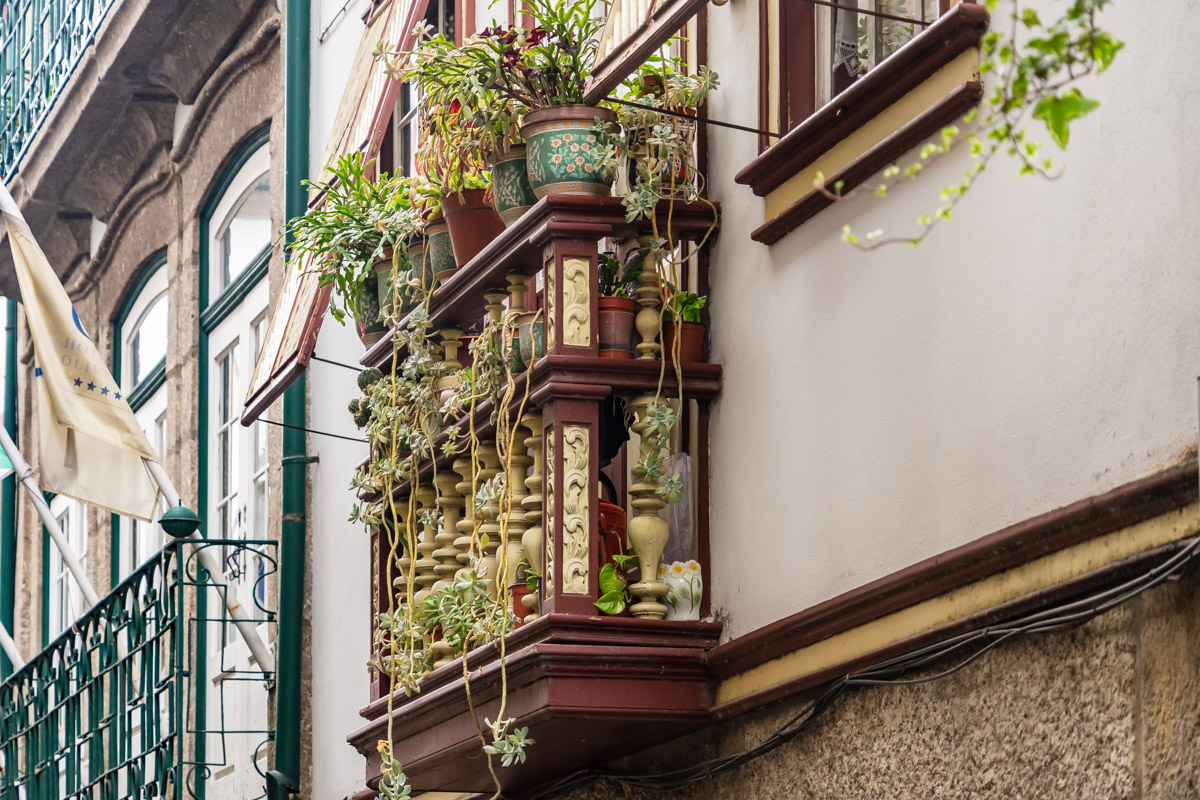 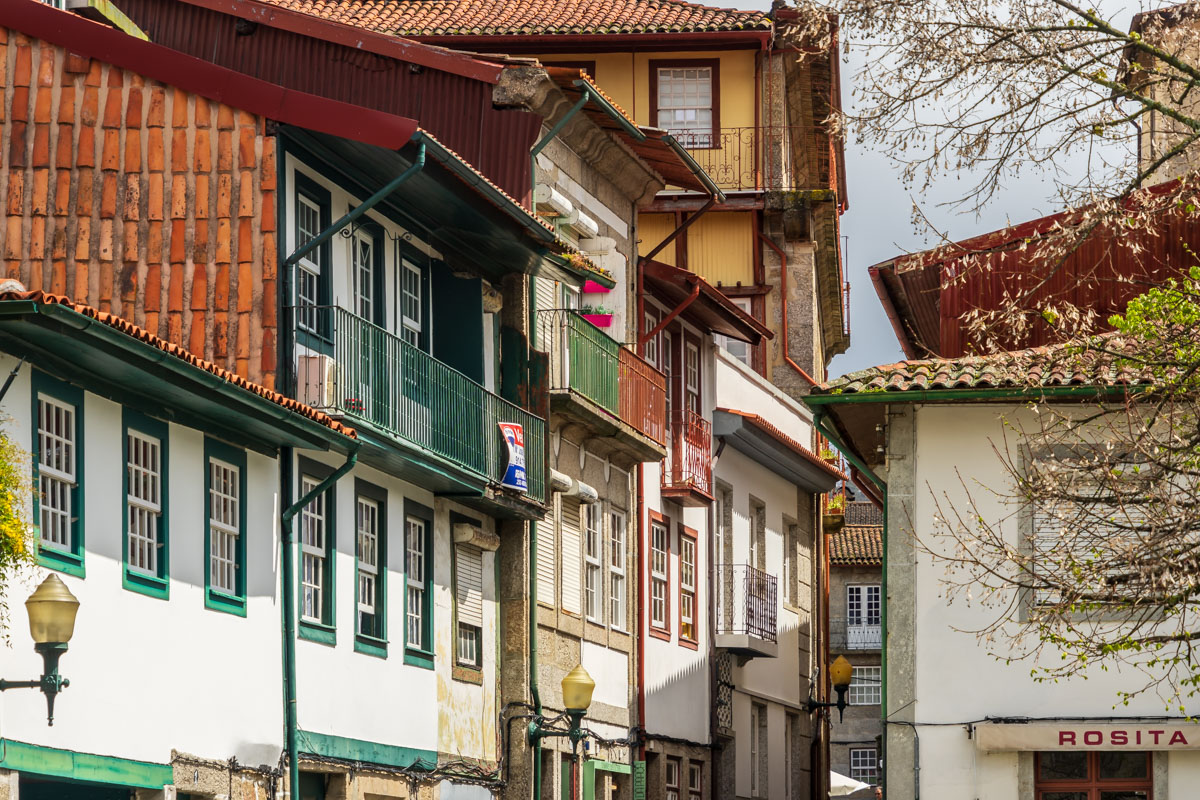 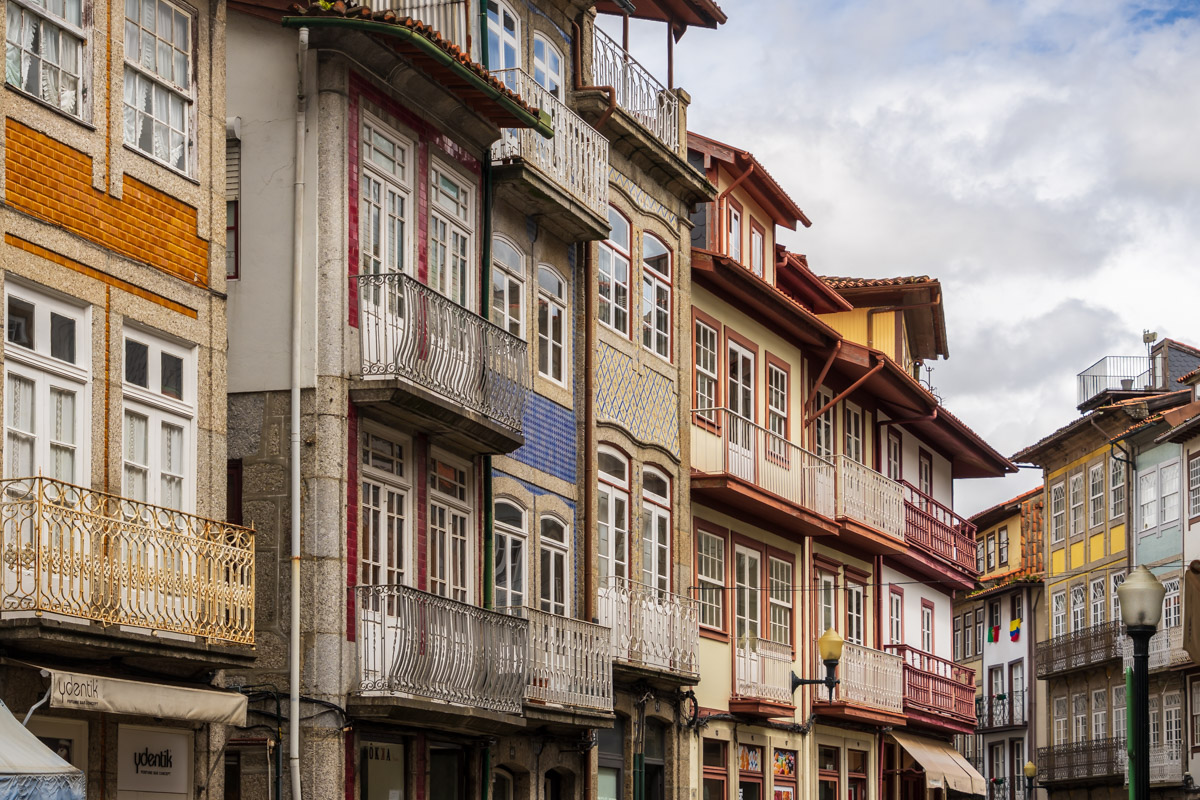 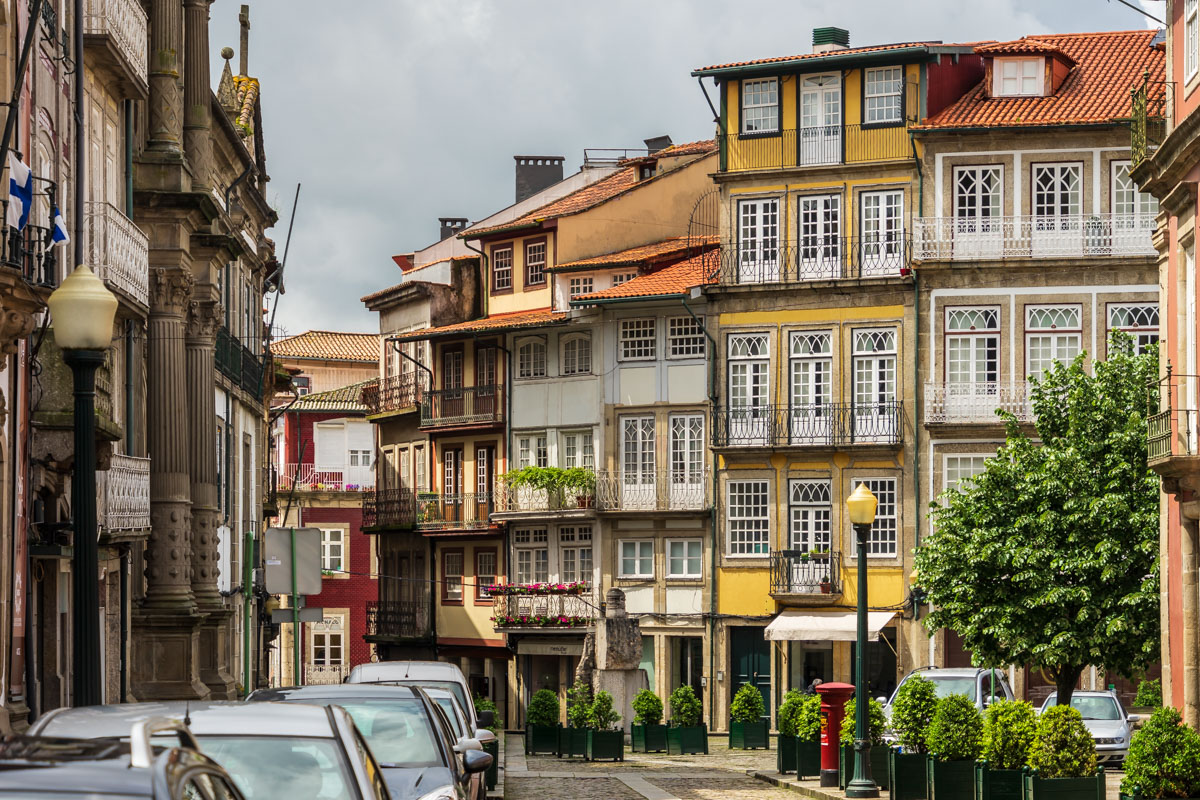 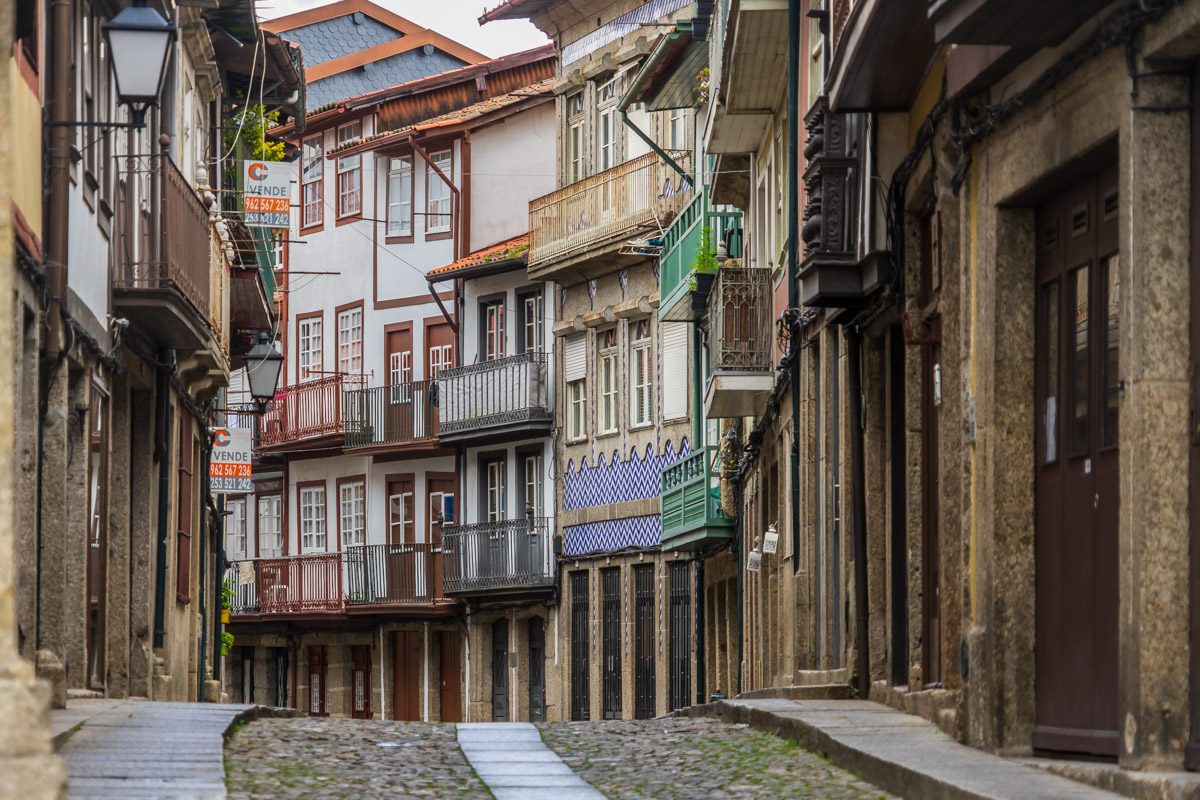 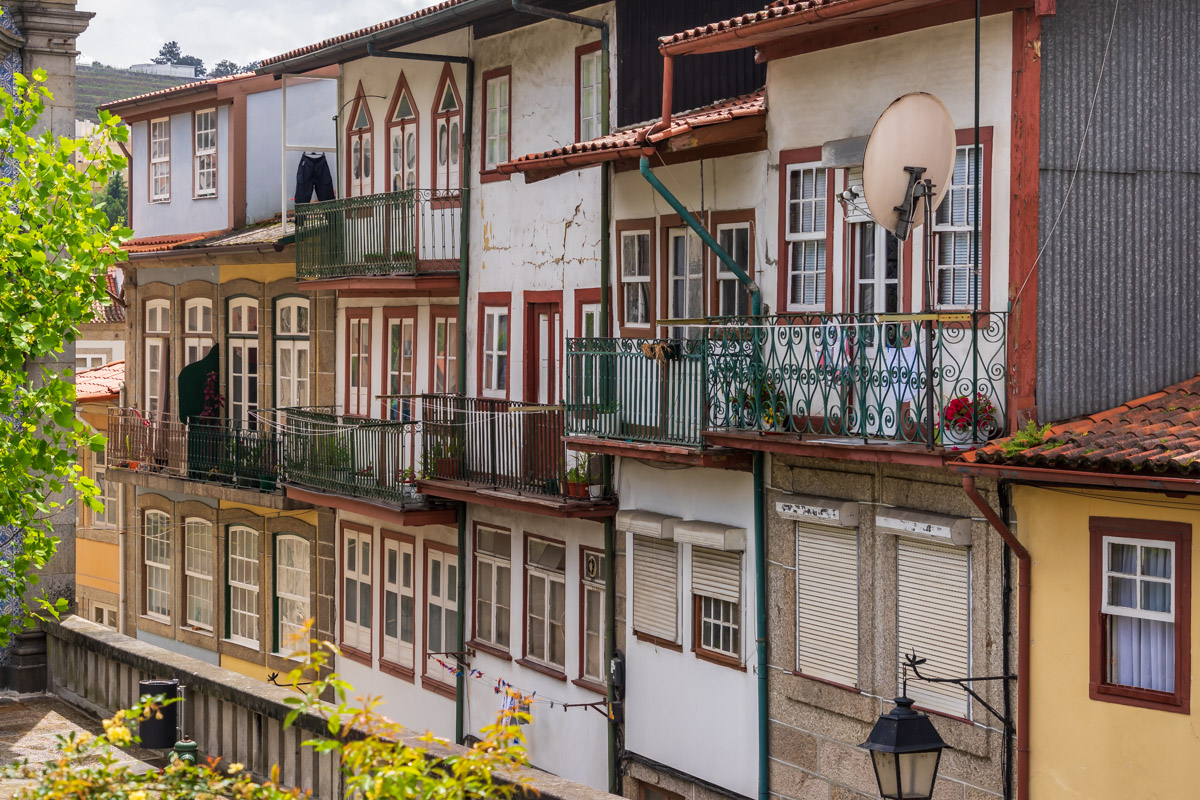 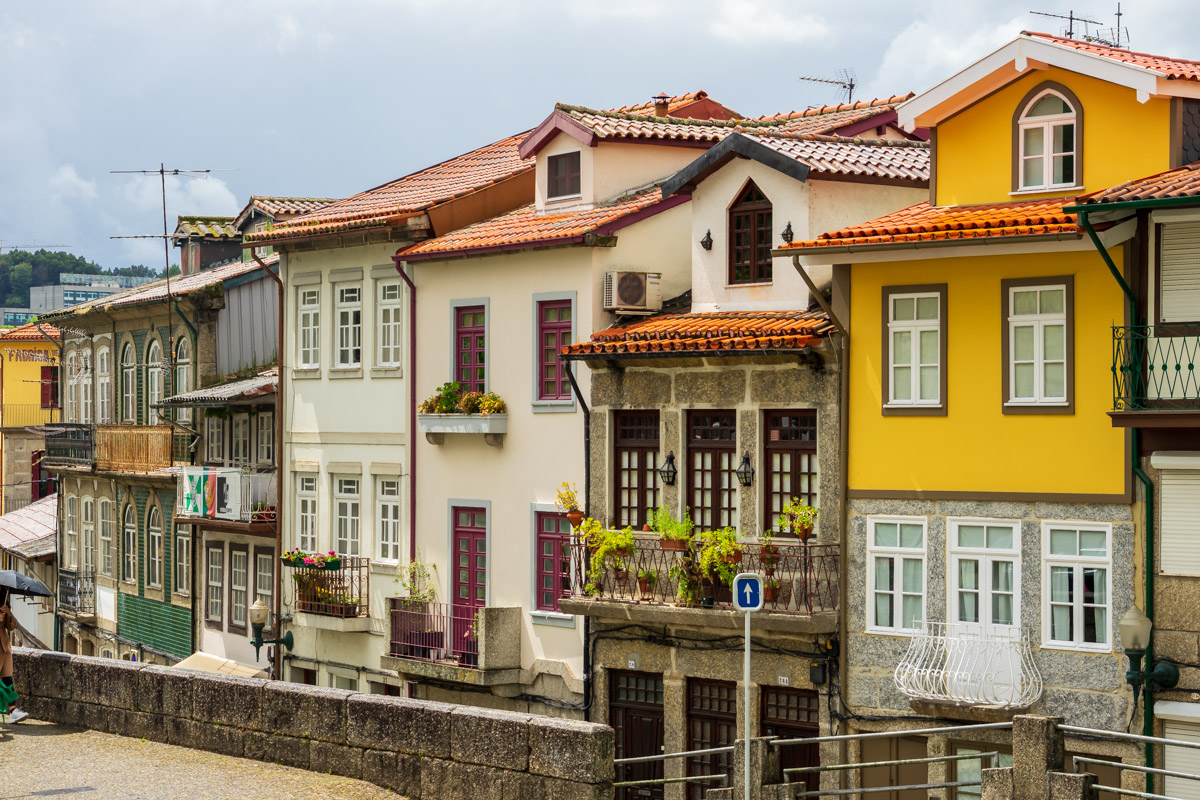 Of the wider shots that I’ve taken, the best one illustrates the modern blight on the towns all over the world – usage of wide historic public spaces as busy parking lots. 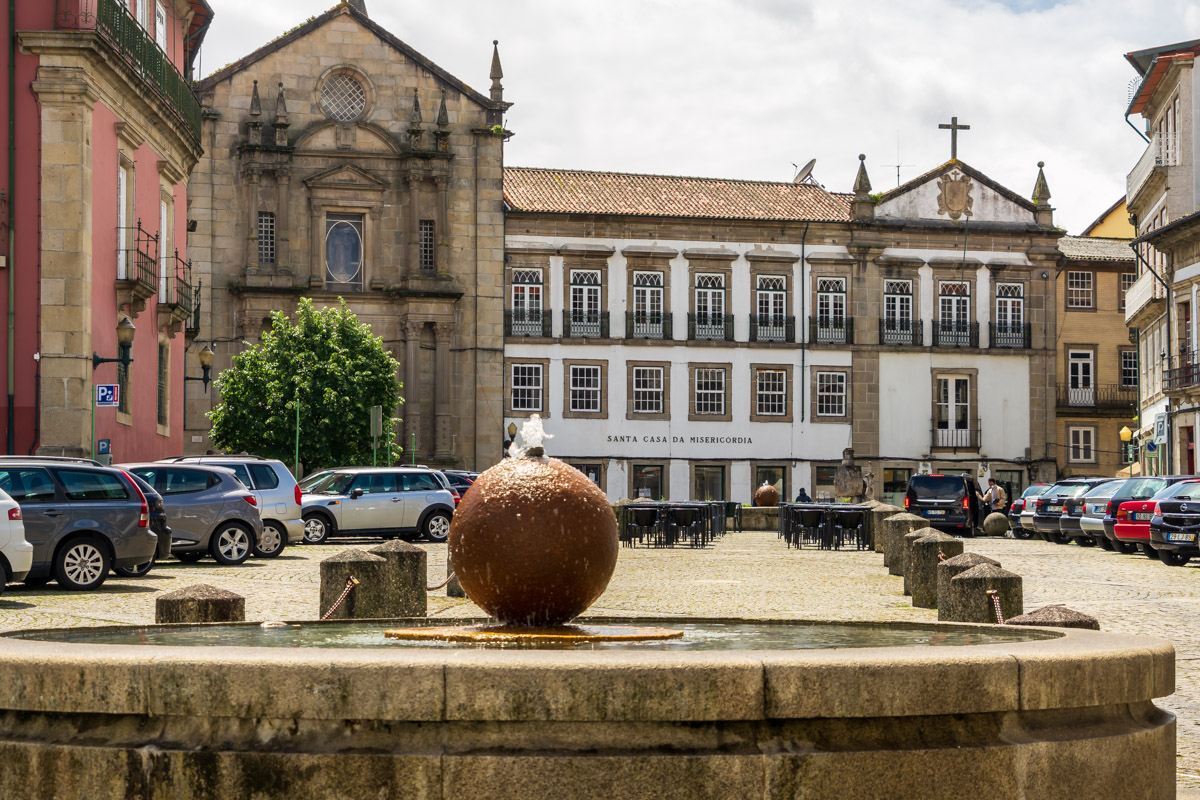 Interestingly, the traffic on Largo República do Brasil does not evoke as strong disapproval from me as the inner city parking – most likely because of the boulevard’s more contemporary look and the wide space it occupies outside of the historic core of the city. 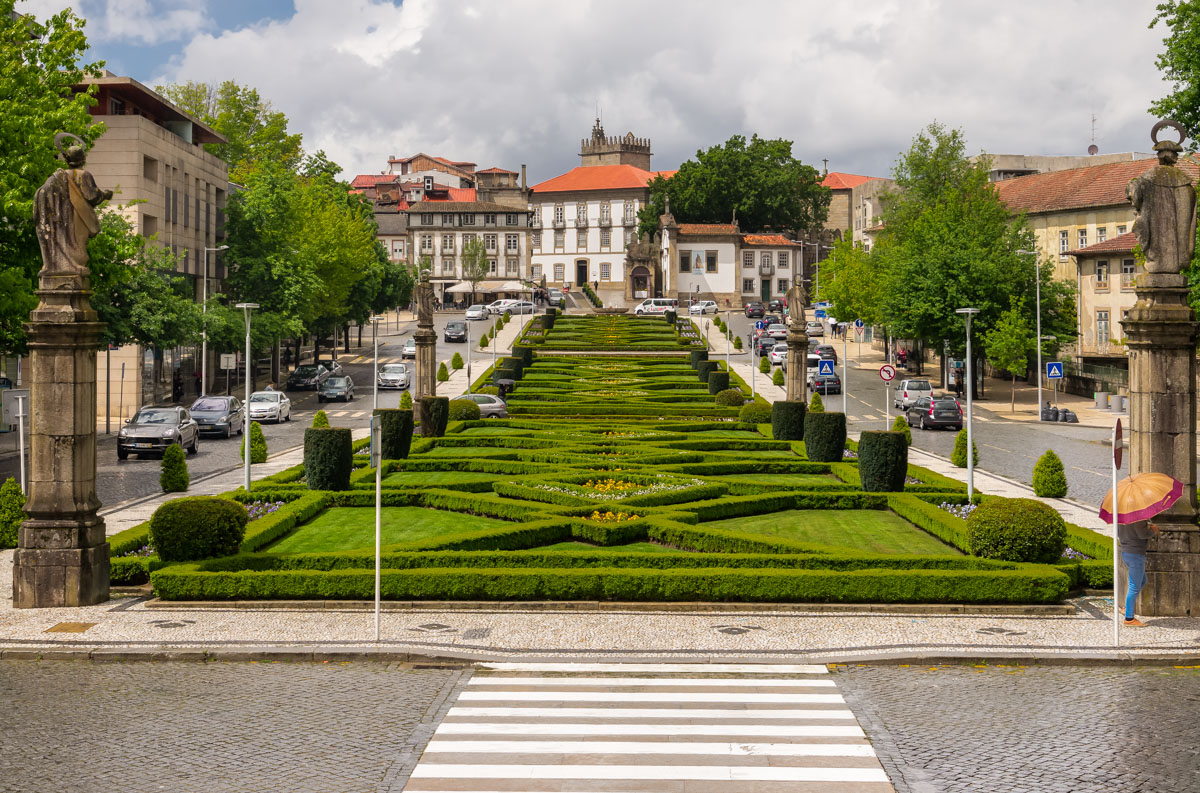 Guimarães is reachable in under 40 minutes from Porto via car. It feels like a half-day destination at most, although as always we certainly did not have in mind checking out every single point of interest in town; more inclined souls may be able to stretch the visit to a full day.