The village of Amarante was planned as the end-of-day stop on the return to Porto from Douro Valley – it is conveniently located along the way. Unfortunately, the weather – which was fairly benevolent to us in the first few days of our trip – picked the moment of our arrival in Amarante to turn distinctly more sour. When steady rain is coming down, even the most picturesque of places become inhospitable all too quickly.

Amarante, in fact, is picturesque only somewhat. Its visual appeal rests in large degree on a quirk of its layout, with the bridge of São Gonçalo running into the standout church of the same name on the main central square of town. 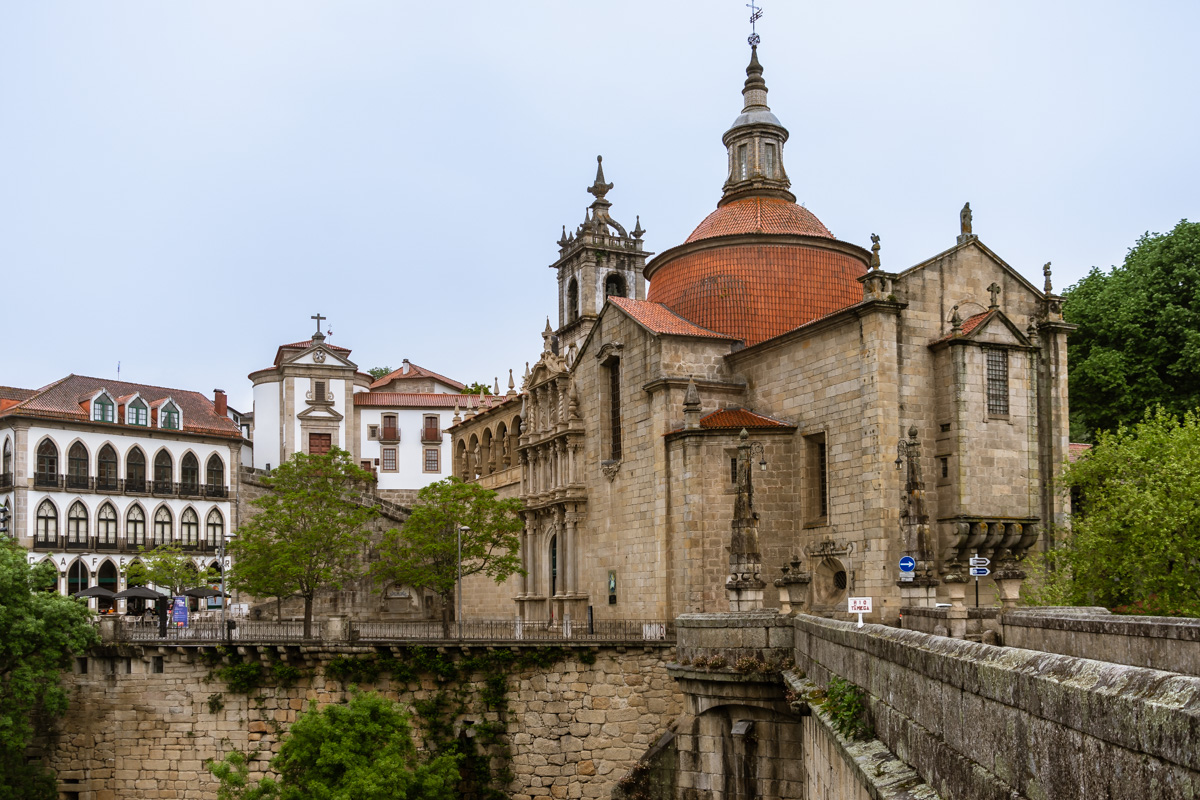 A perspective along the bridge towards the opposite bank of the river Tâmega, which happens to be more colorful. 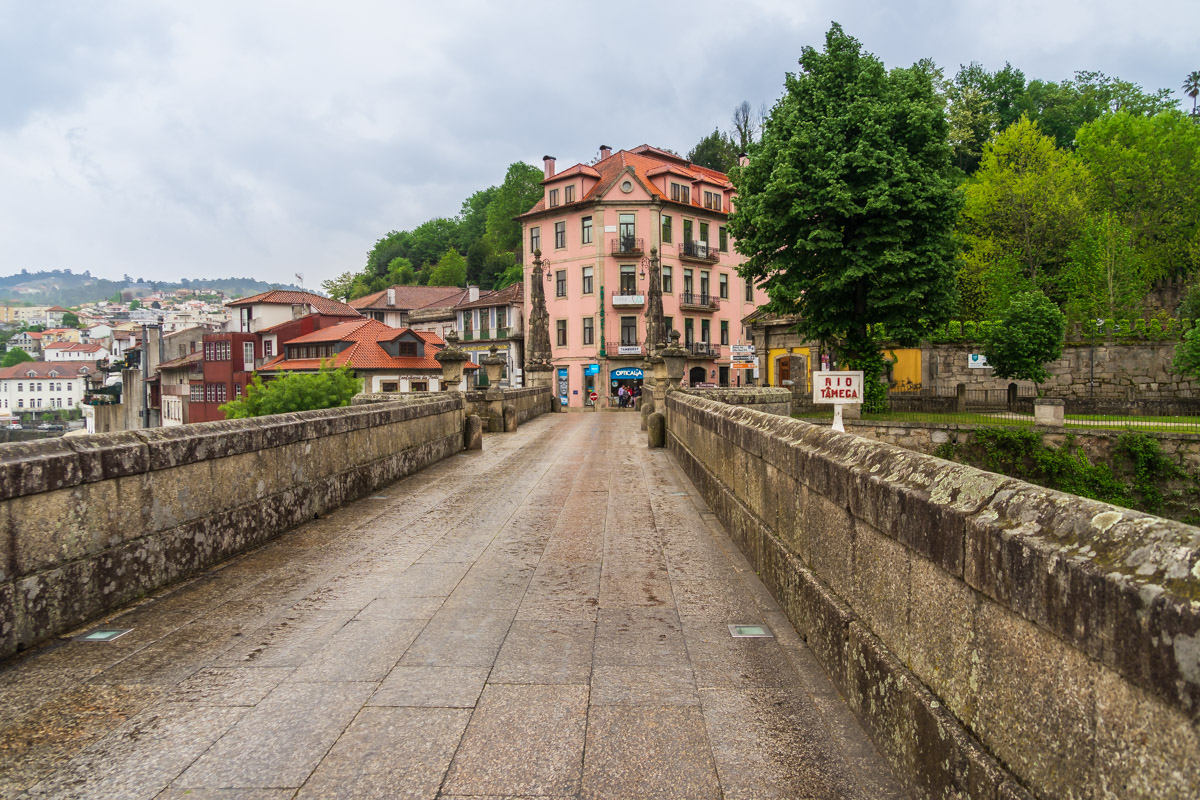 Our early-evening arrival time in Amarante meant that we could not go inside the church, so we sought elevated viewpoints. 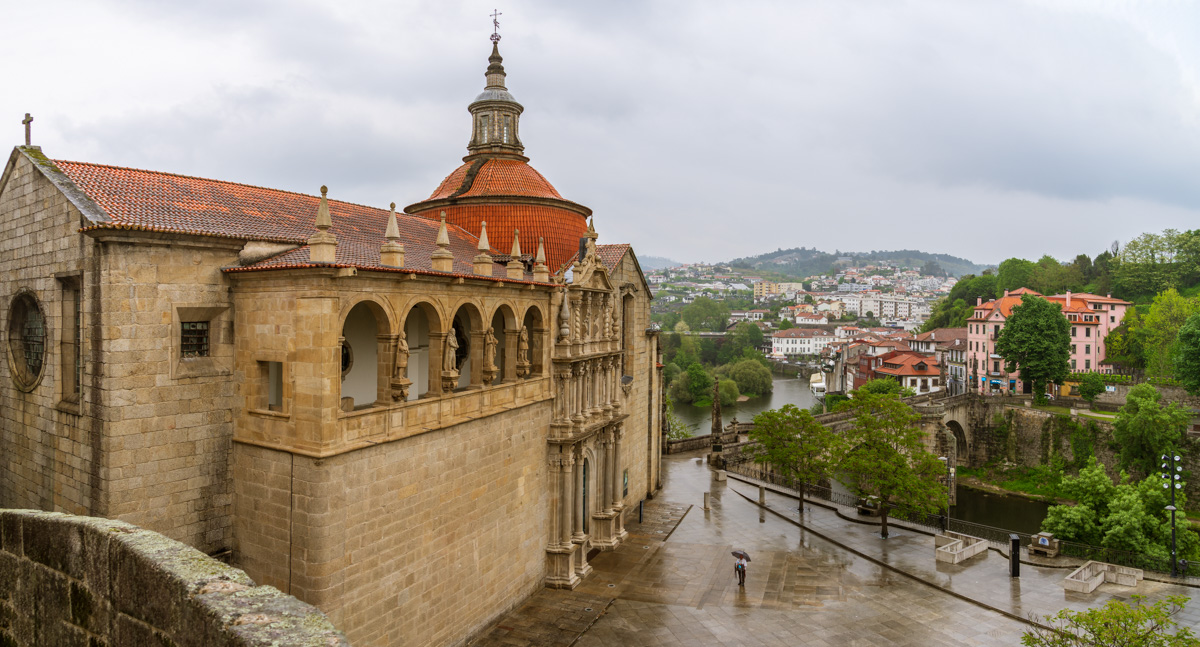 … including this peek into the cloisters. 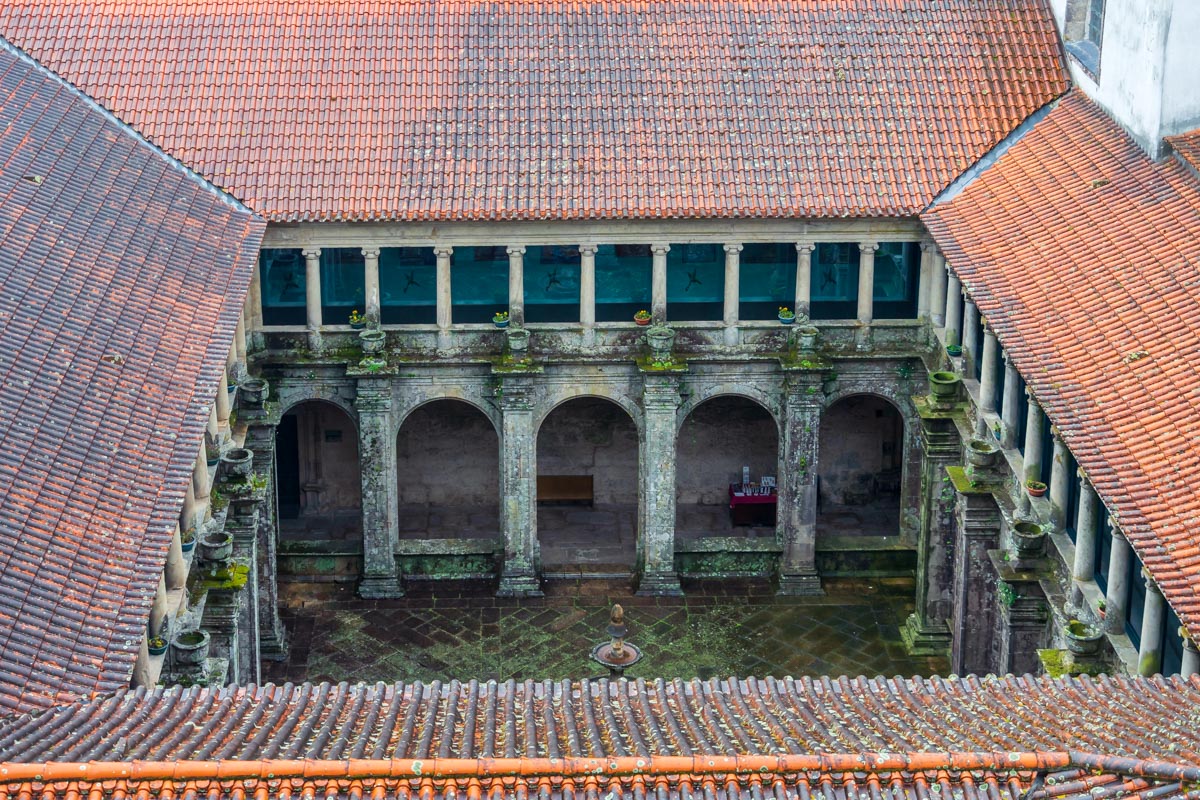 Here is a full frontal view of the more visually interesting south bank of the river. 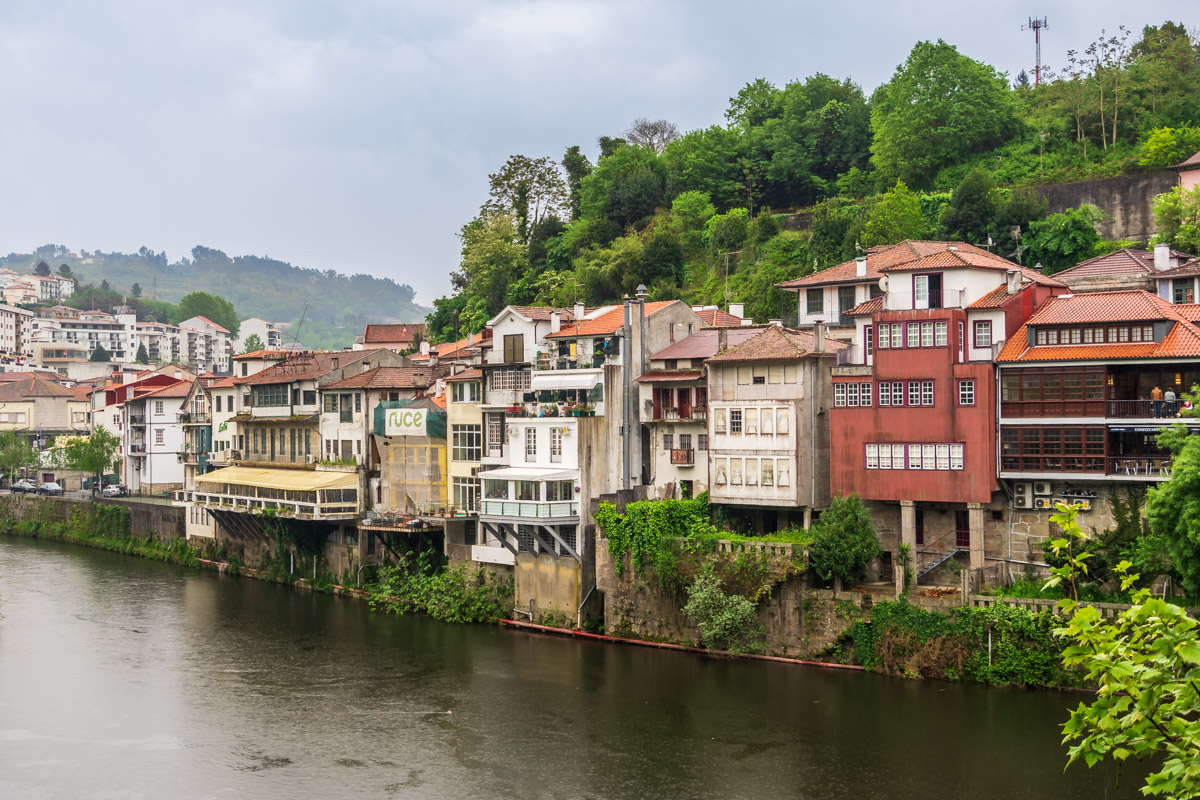 Elsewhere in the village center, a winsome street perspective can be found here or there. 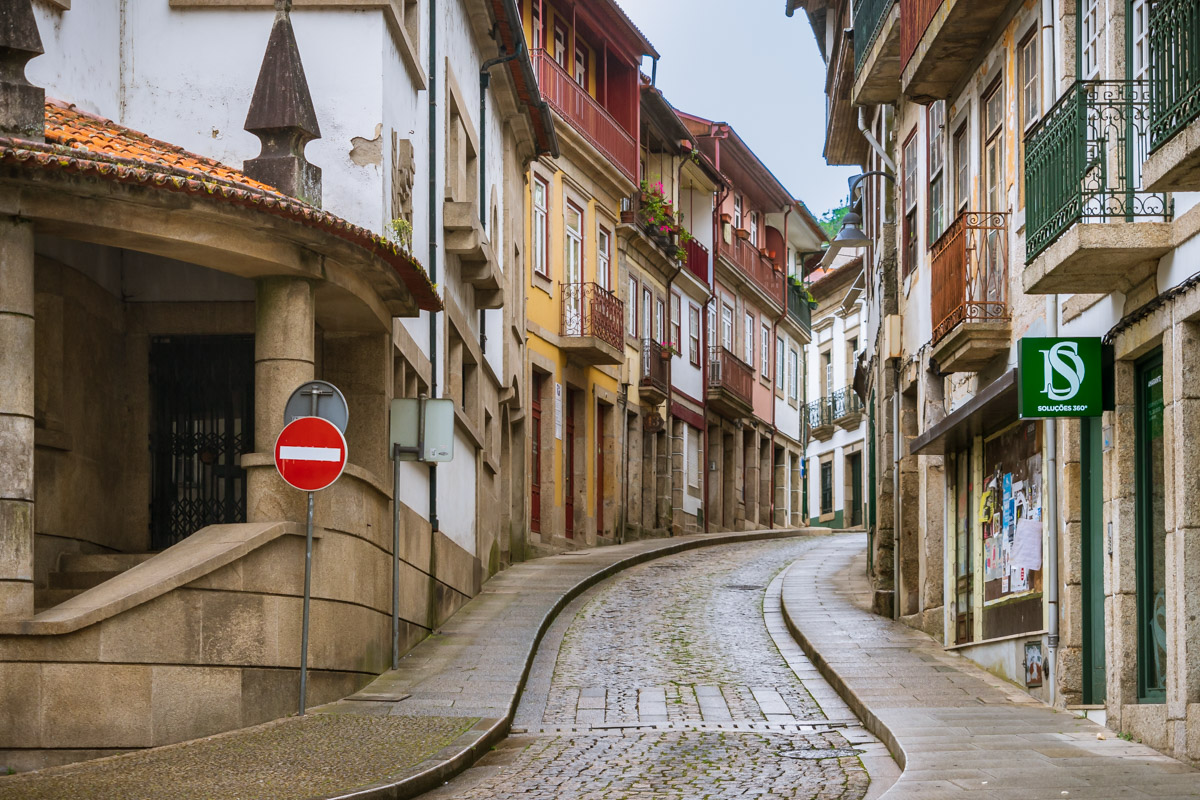 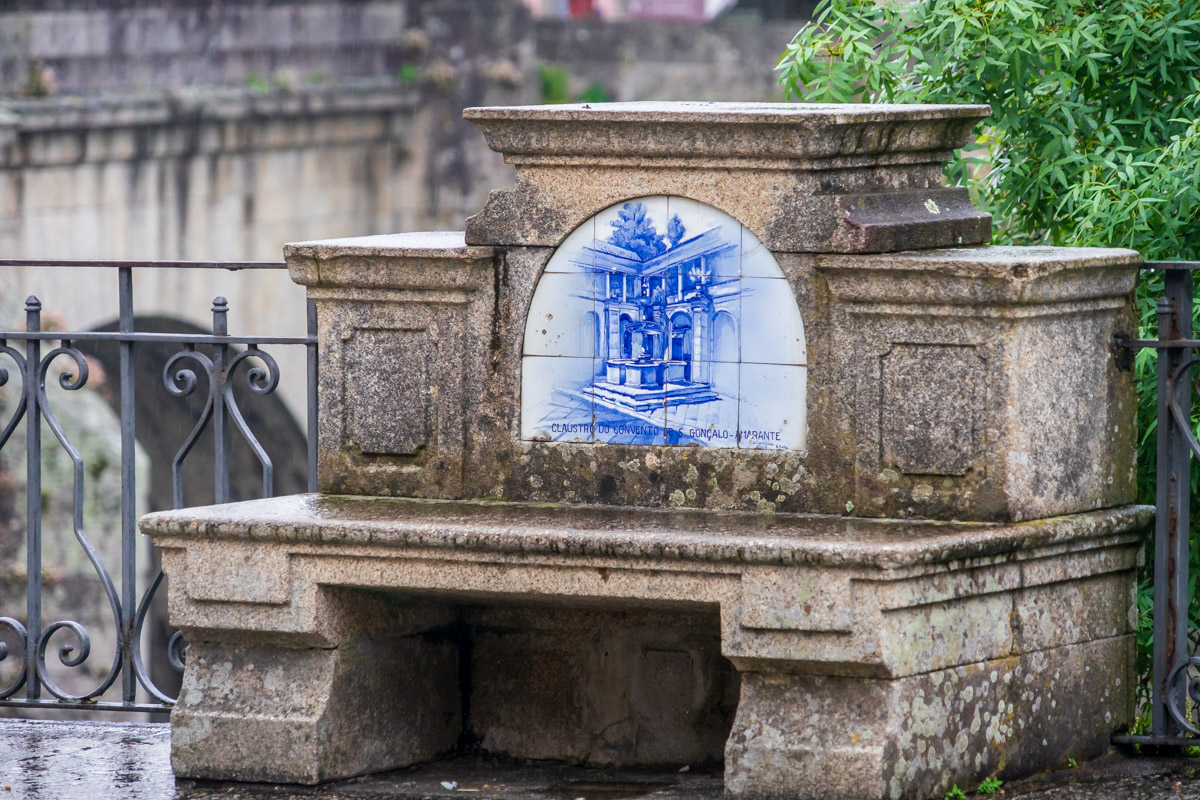 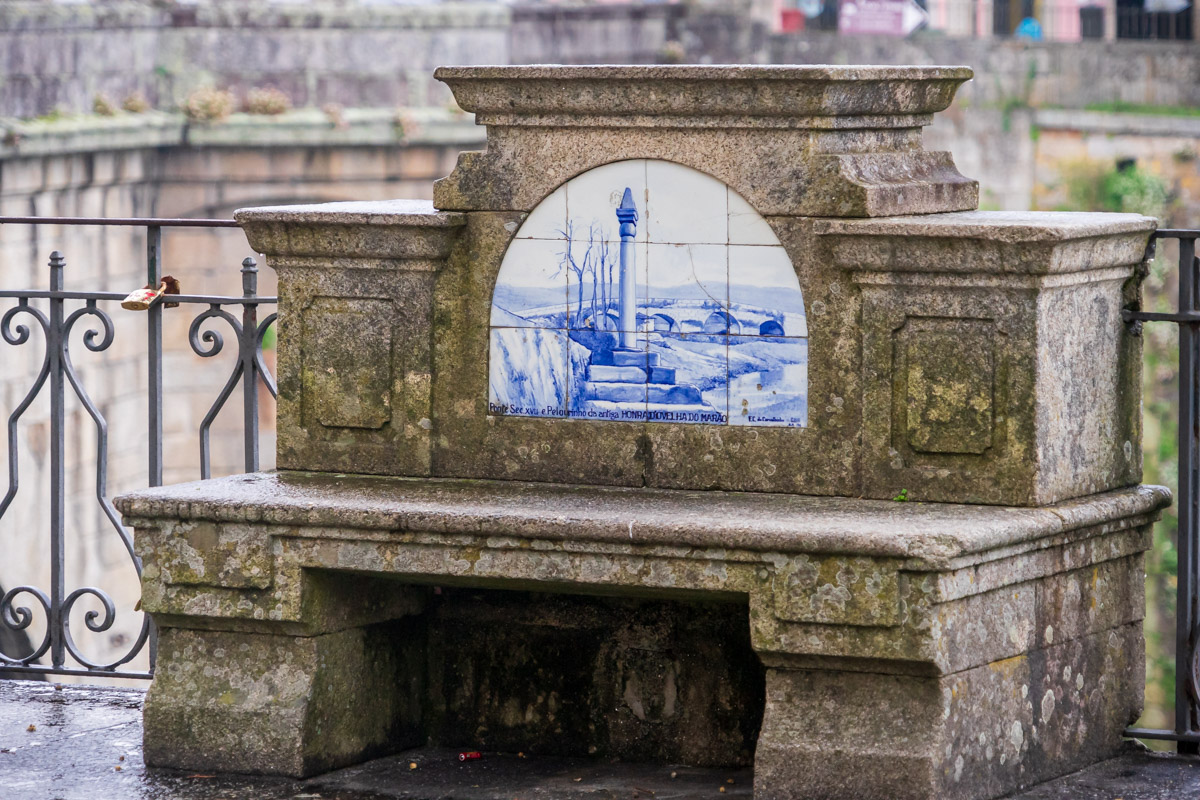 Upon reflection, it may be that an hour is enough for a stop in Amarante even in good weather. On my scale of impressions, it falls firmly into the “pleasant without being exceptional” bucket.