Why did we go to Turin in the first place? If you guessed that in addition to visiting a city that we have not been to before it gave me a chance to add to my roster of visited World Heritage sites, you would be entirely correct. Over a dozen palaces and hunting lodges built by the Duke of Savoy and members of the royal family in the late 16th century are among the most remarkable points of interest in Turin.

I at first targeted visiting three of the palaces located close to each other in the heart of town (known on the WH inscription as Zona di Commando). For a number of reasons, after spending some time exploring the first of them, we only looked at others from outside without stepping in.

Here is Palazzo Madama, so called because its 17-18th-century decorations and enhancements were ordered by two queens of the house of Savoy. 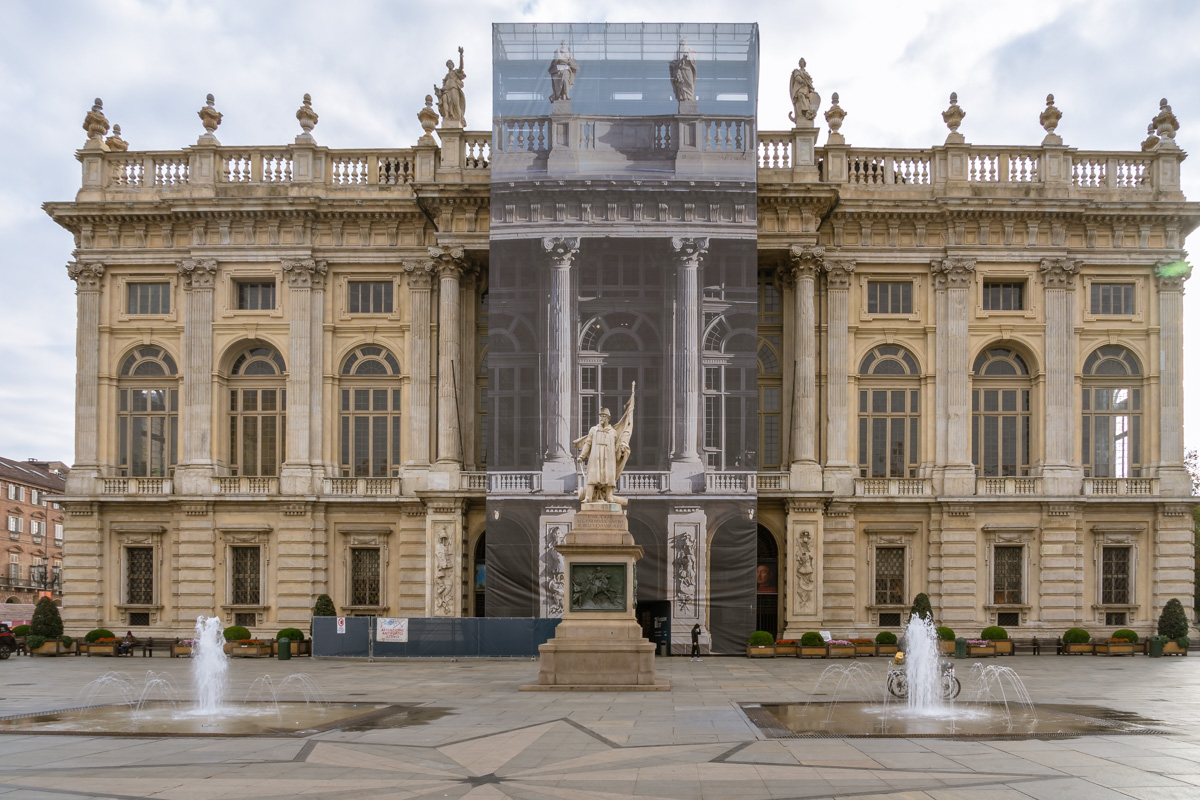 The palace holds a historical distinction of having been the first Senate of the Italian Kingdom. It has long been converted to a museum, with a floor devoted to religious art, another hosting a large exhibition of porcelain, and a floor of formal royal apartments. 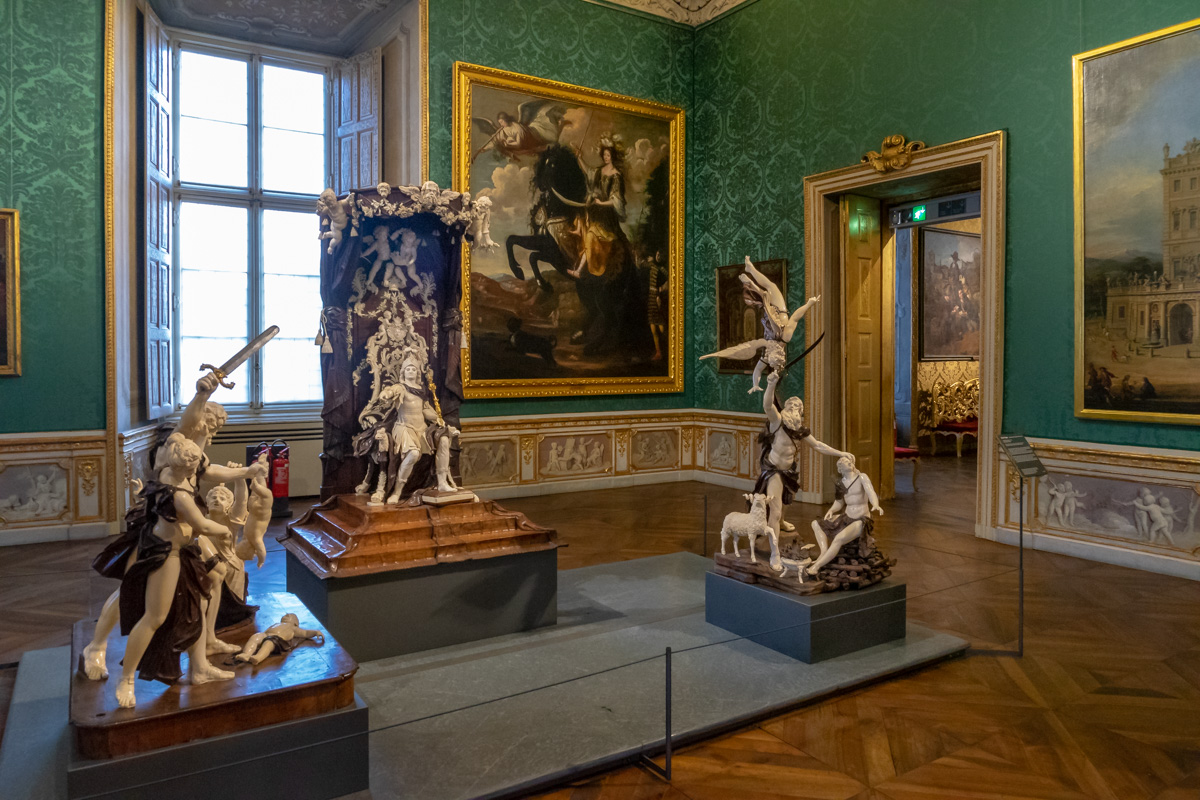 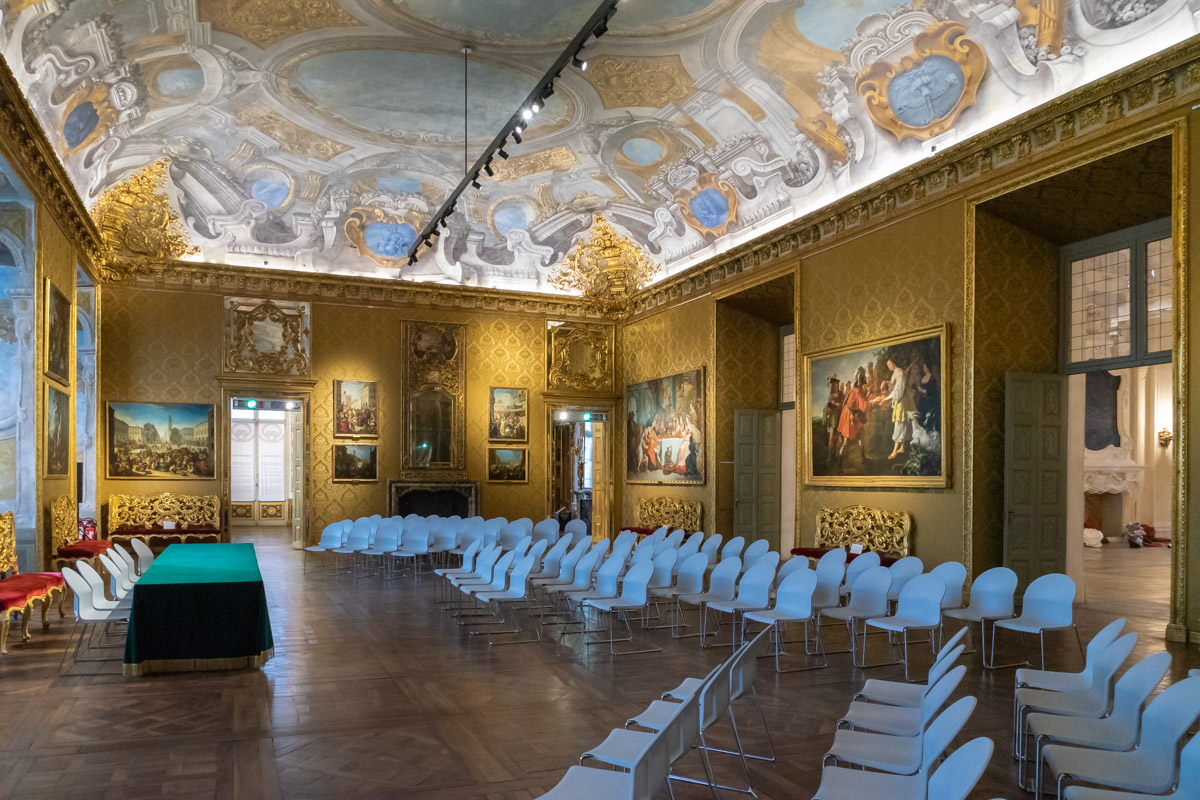 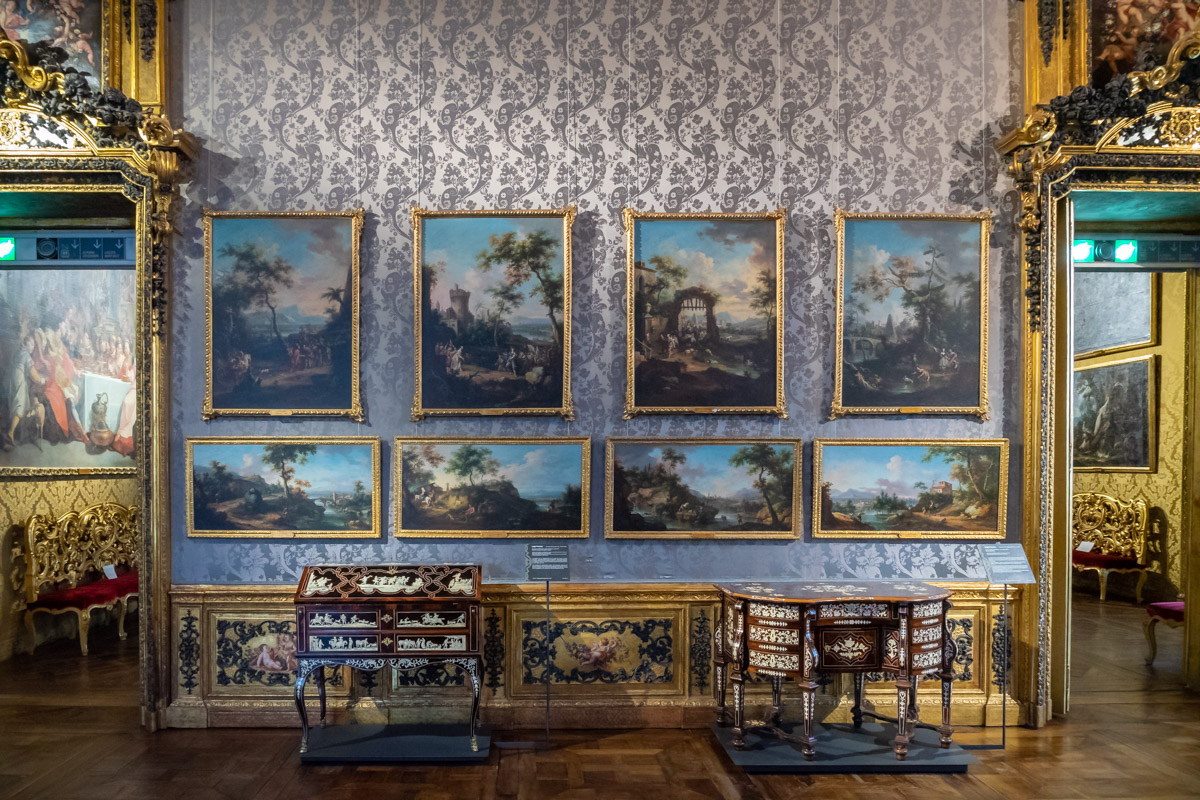 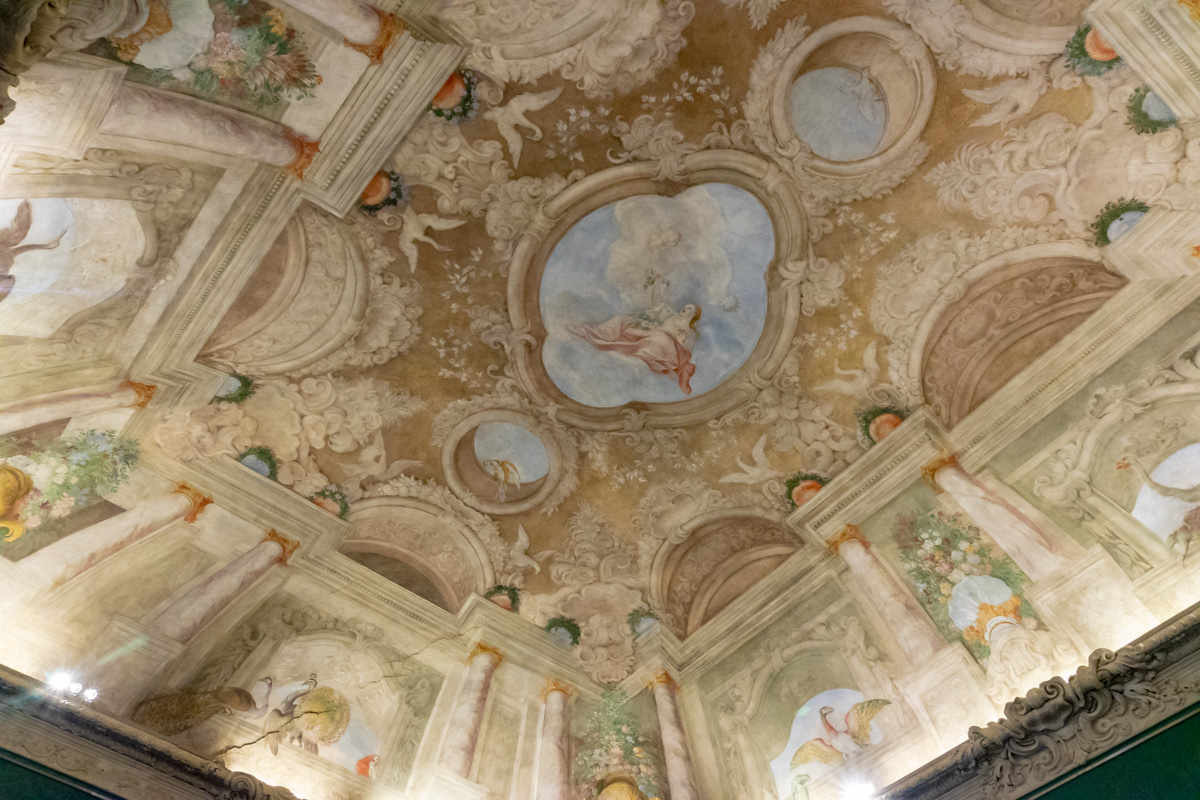 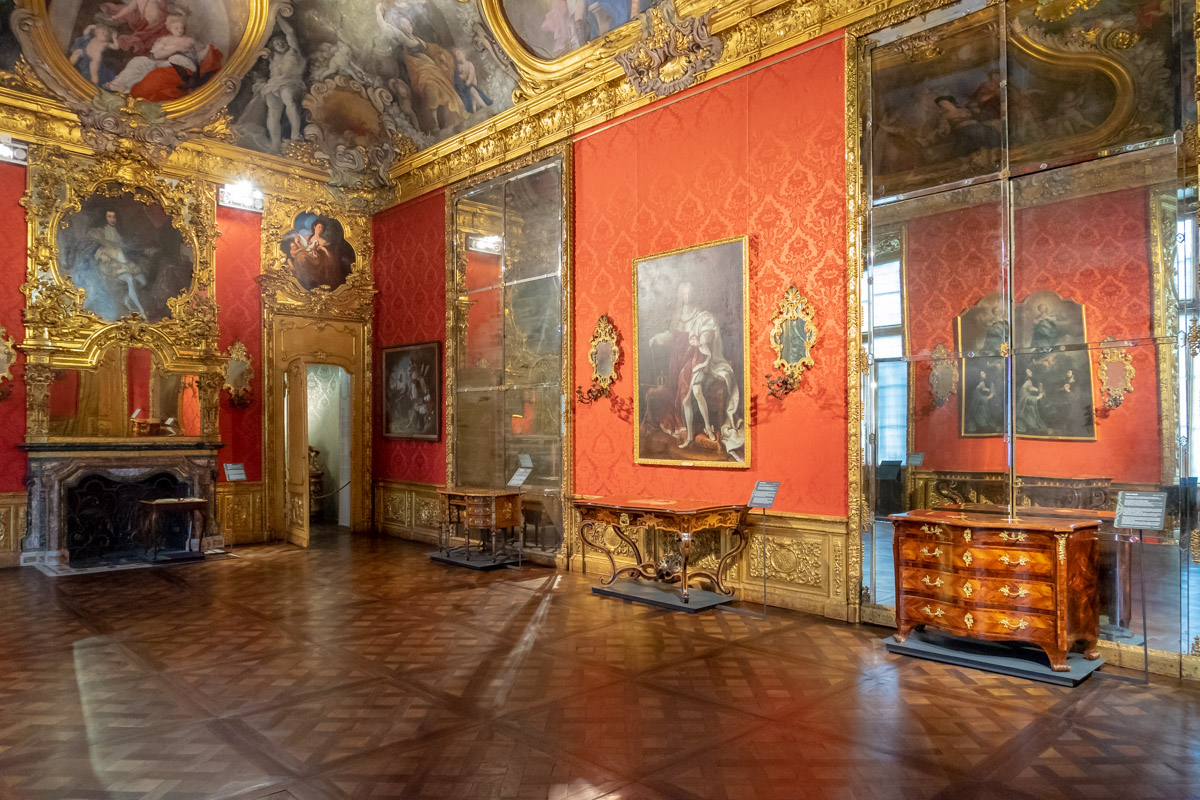 In addition, one of the towers of the palace can be ascended for views over town, a couple of which we have seen in the previous post. Palazzo Reale featured in one of those pictures – here is its frontal view. 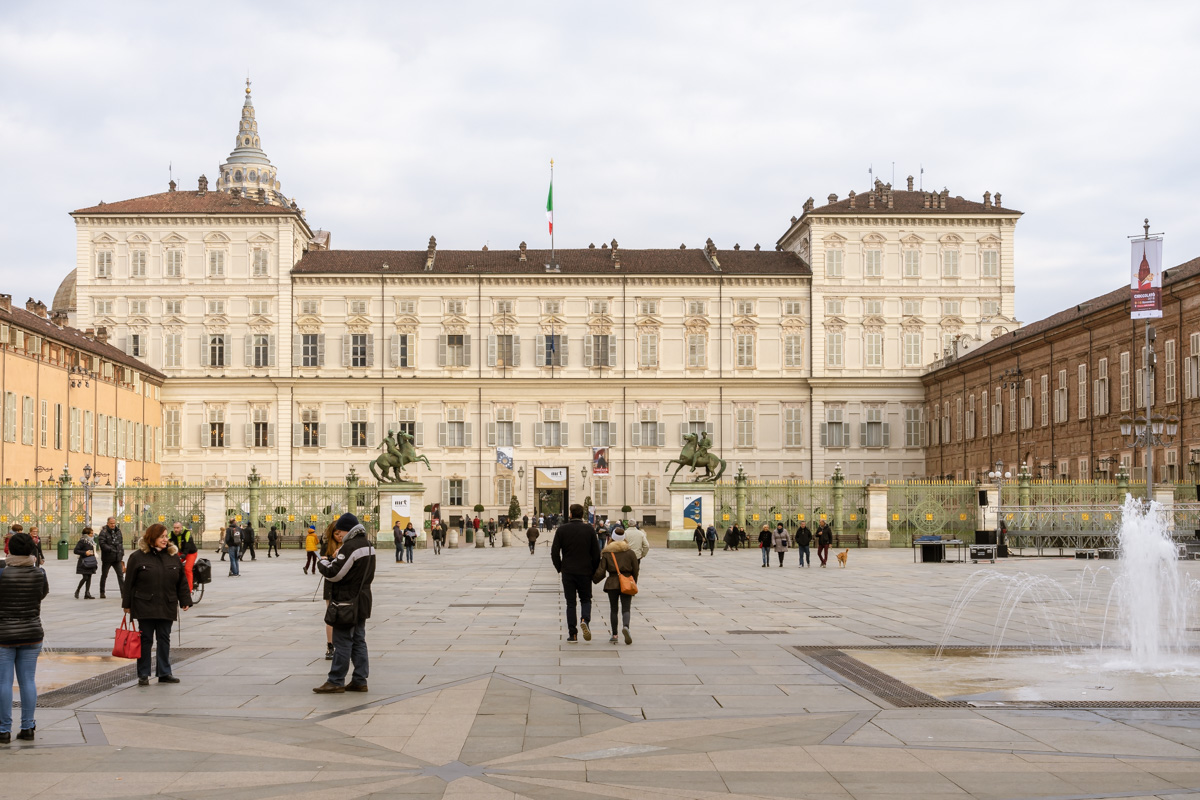 Despite hearing from several sources ahead of time that exhibitions of the Royal Palace are at best middling, we would have spent time visiting it if not for inexplicably long and slow line to the ticket counter. We were not content to wait, so instead we took a glimpse at the gardens (nothing too special to catch the eye) and decided that we would try again later in the day. Except, by the time we walked back to Piazza Castello, it was nearing aperitivo time, and we no longer felt that we could prioritize museum-going.

We also stopped by another palace on the list without going in. Palazzo Carignano has the most elaborate façade of all of them. I lacked space for a full-width shot, so here is a fragment. 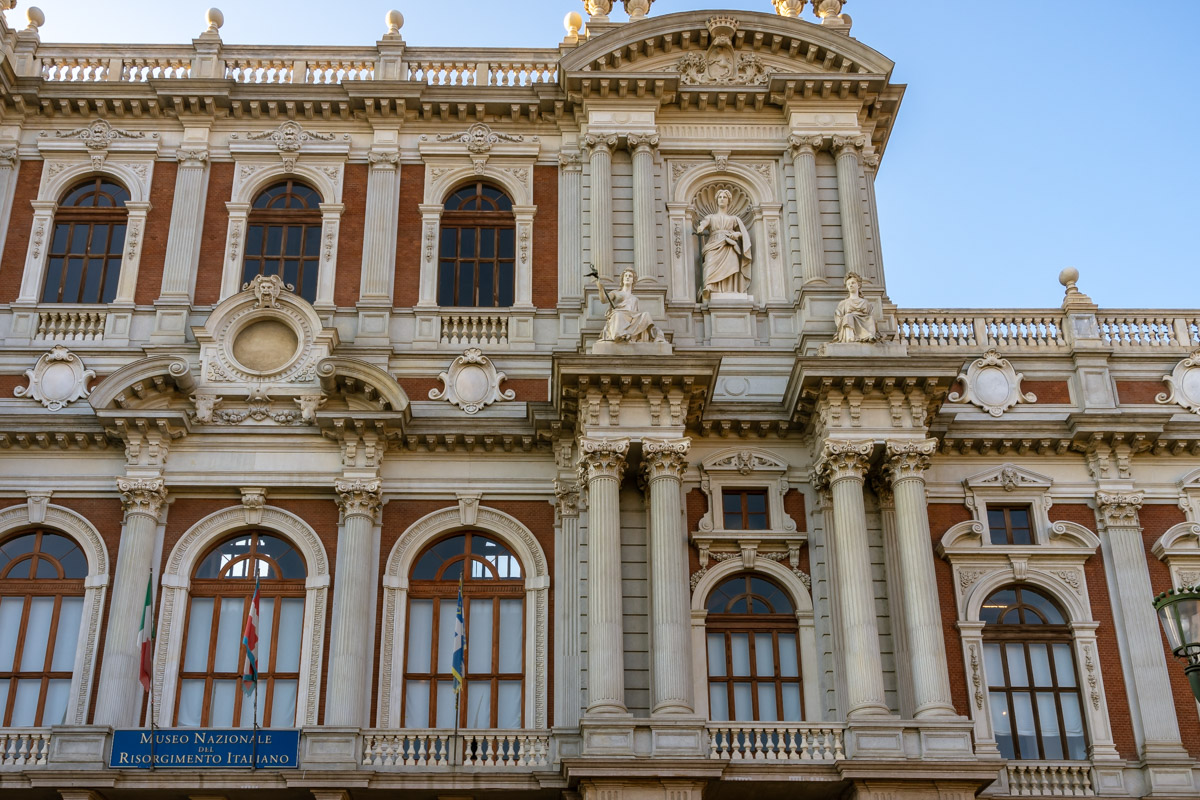 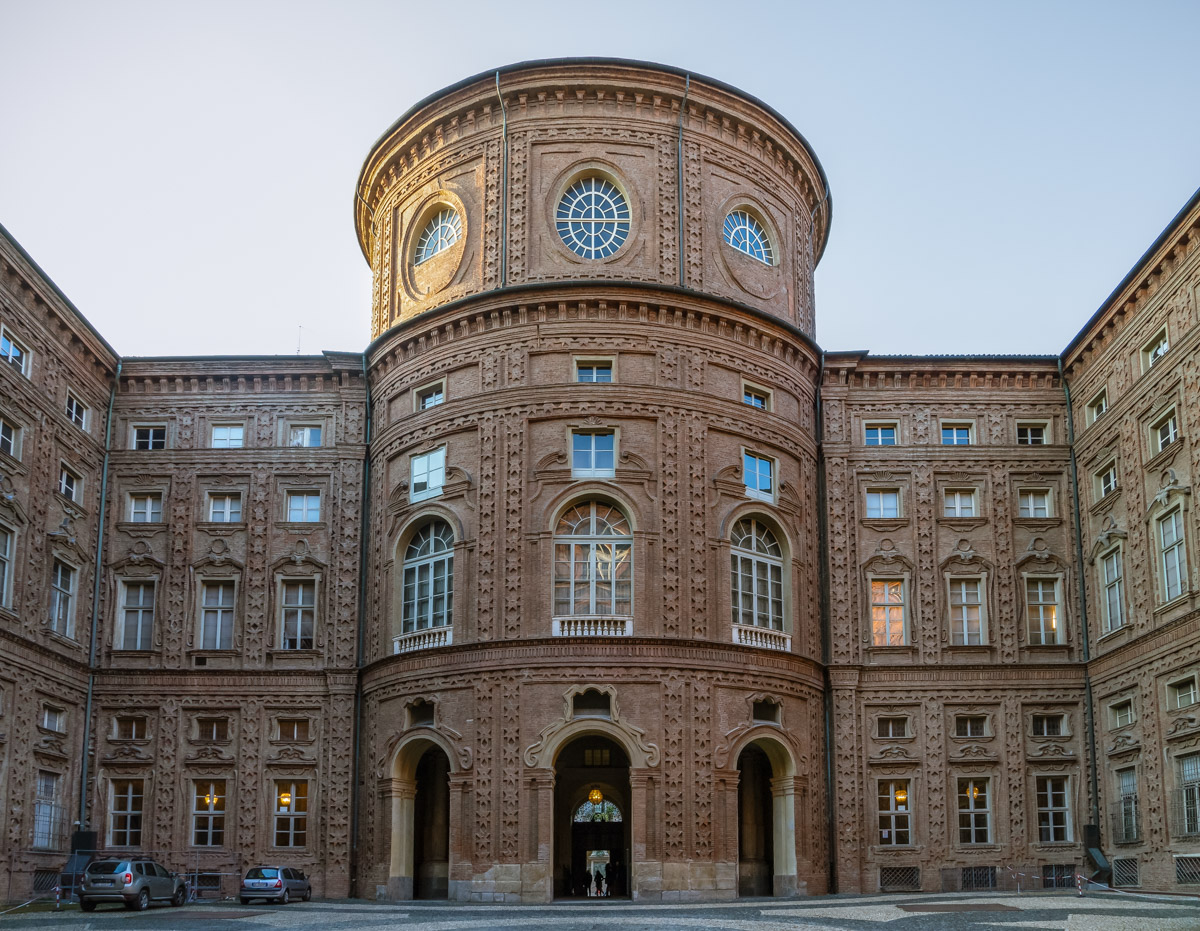 The palace houses the Museum of the Risorgimento – Italian unification in the 19th century – which did not have around 4pm enough of a pull for us to step in and take a look at the interior.

Under my permissive rules of engagement, the World Heritage site is considered visited. A more determined and thorough World Heritage chaser can definitely explore all three of these palaces in the matter of a single day – I suspect one hour for each is the absolute minimum which will leave large portions of the expositions no more than briefly stepped through, but also more than sufficient time to get acquainted with what the palaces have been inscribed for. Additional properties of this serial site will require a bit more travel around the city and its surrounding area, which I expect only the most dedicated of chasers might attempt.