The city of Bergamo as a whole (covering both the Upper and the Lower City) has been on the tentative World Heritage list for over a dozen years. Although I have already seen a couple of inscribed places less deserving the recognition, in my humble estimation, it feels about right that Bergamo falls short of the recognition so far, based on the quantity and quality of its monuments.

And yet, visiting Bergamo afforded me an opportunity to check off a WH site that I previously had not been to, since the walls around Città Alta are part of a serial World Heritage property called Venetian Works of Defence. Covering six cities in three countries, this site celebrates advances in modern defensive systems, as put into practice at the height of the Venetian Republic’s power in the 16th-17th centuries.

I frequently profess my admiration for the feats of human ingenuity, but walls are hard to get really excited about. In the back of my head I can acknowledge their impact and the context of the times that they were built at. Visually, it’s just walls.

So we spent an altogether insignificant time admiring them, just enough to support my claim of having visited the site. The erstwhile main city gate of Porta di San Giacomo is a pretty good location for a quick survey of fortifications. The gate itself is quite impressive. 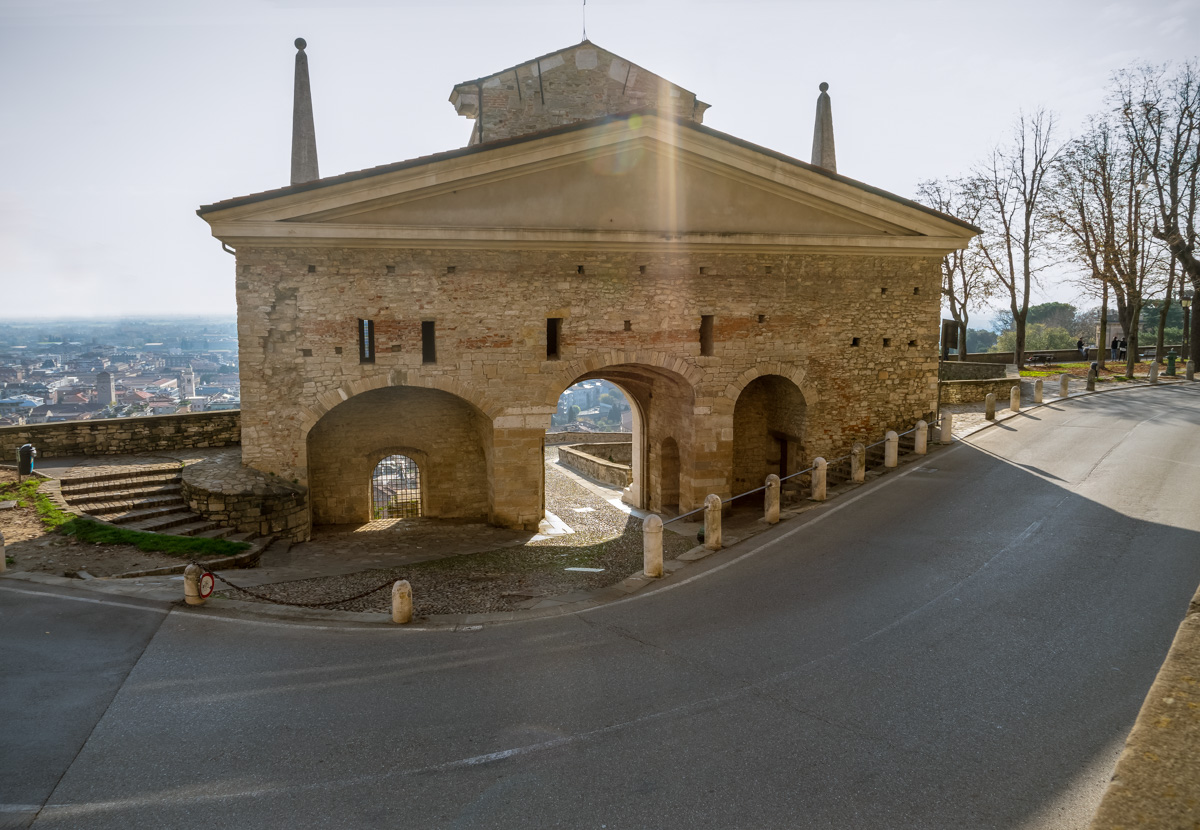 Despite shooting against the sun, this came out as one of my favorite shots of the entire trip.

The opposite view which surprisingly exposes the differing architectural styles on two sides of the same gate. 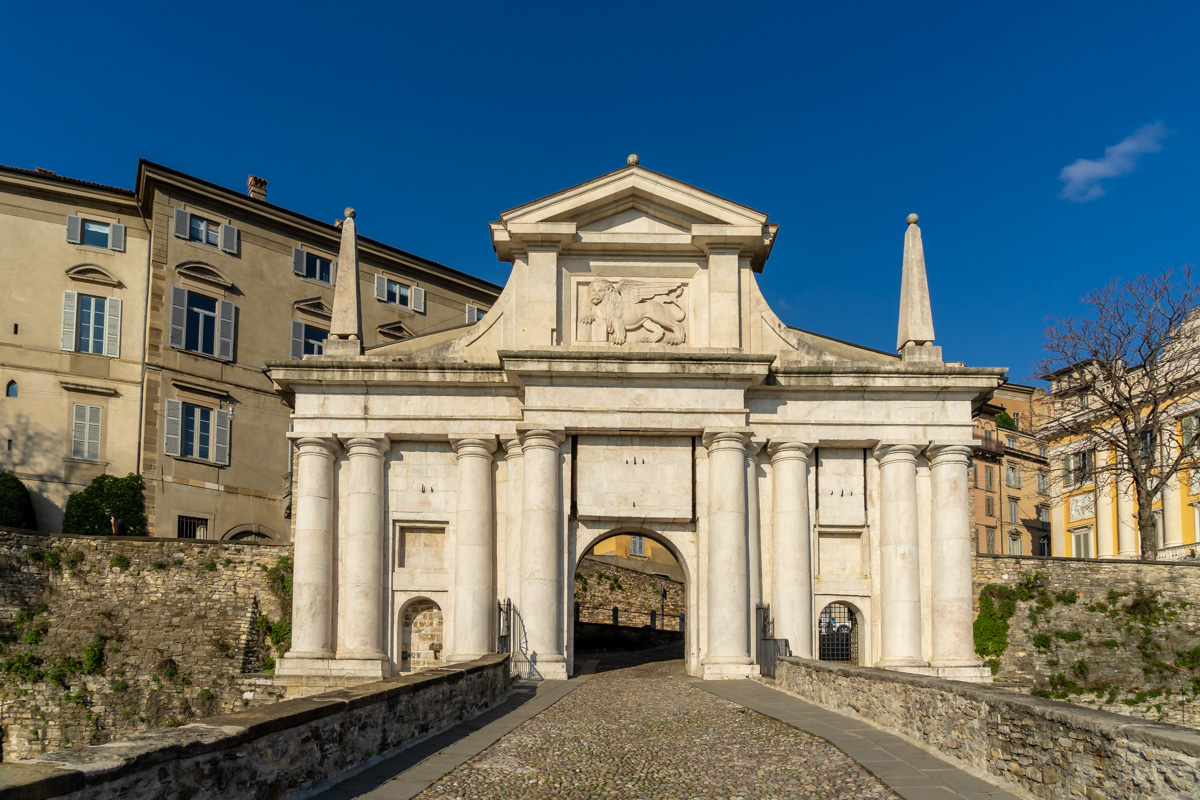 And here are a couple of fragments of the fortifications themselves. 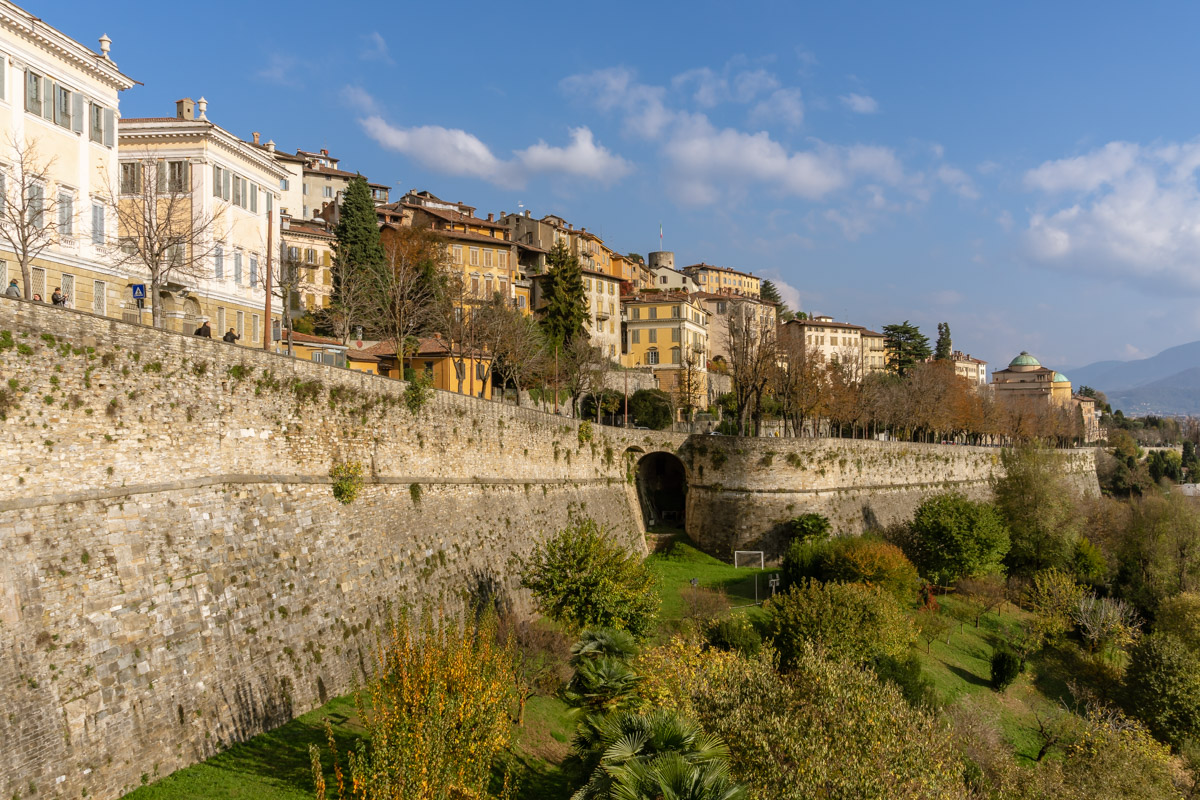 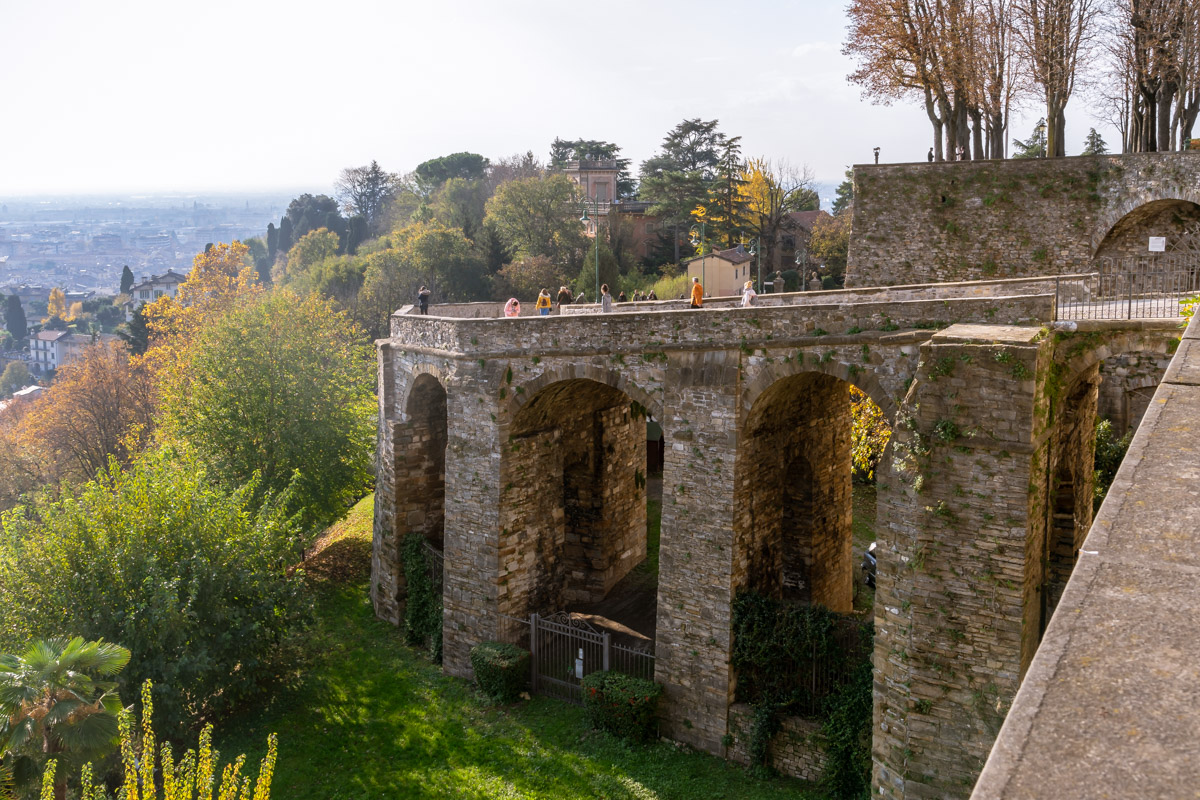 Fortified layers can be seen in some interior parts of the Upper City. 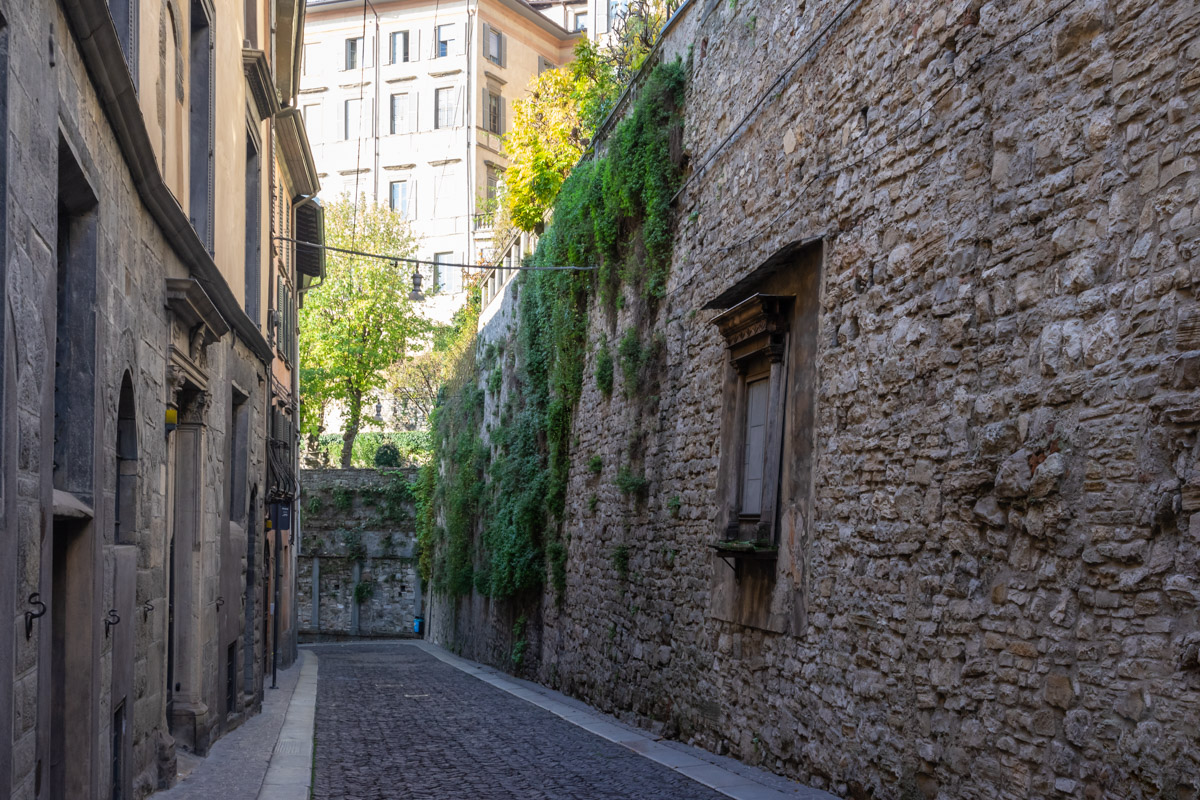 If you are so inclined, you can walk the length of the walls and stop by a couple of other entry points to the historic part of the city, which I estimate can take around two hours. We instead focused on exploring the city itself, as illustrated in the previous post.