We have not set foot in Bergamo in the past and made it a defined target on this trip. It is a kind of town that invariably leaves a positive impression on any visitor without tipping the scales on the exceptional side. Città Alta, the historic core of Bergamo, is a classic, if larger than many, hilltop town. There are quite a few stunners in its confines, a few of which we will visit in this essay.

The focal point of the Upper Town is Piazza Vecchia, surrounded by some of the most eye-catching buildings. The blindingly white one is called Palazzo Nuovo, which nowadays has the primary function of a public library. 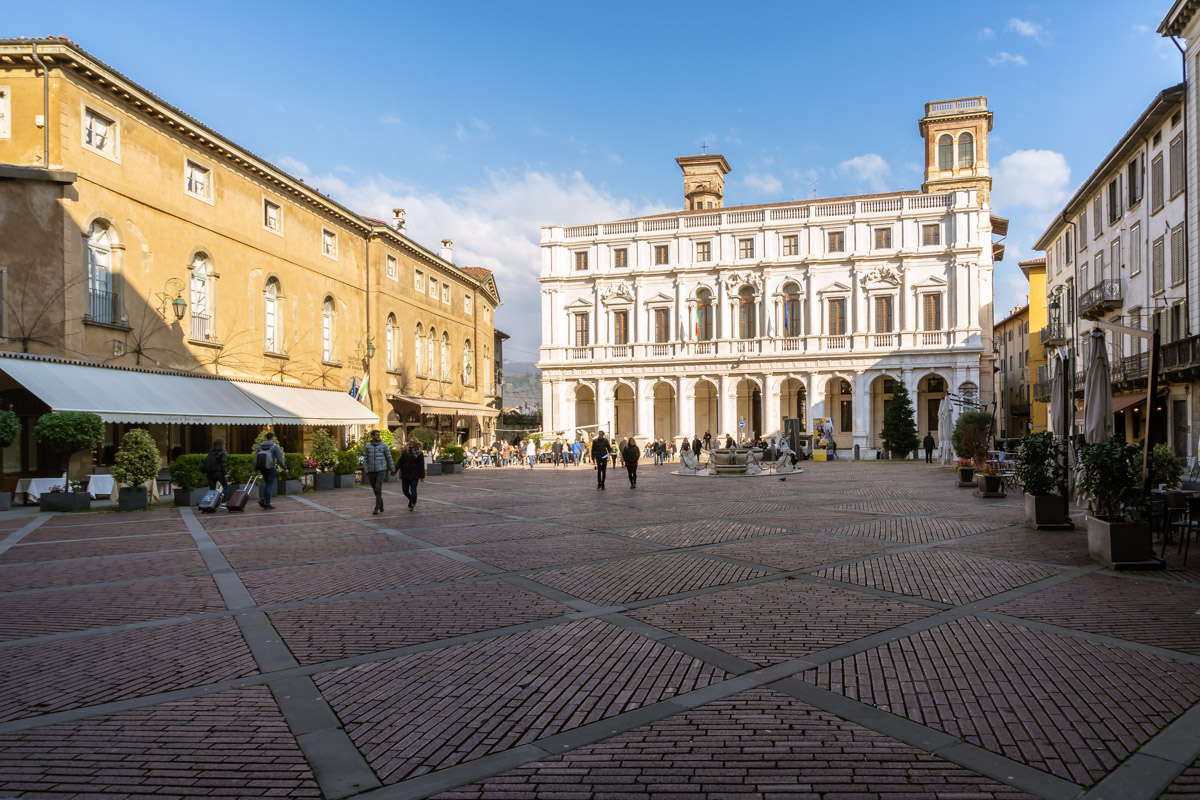 The palace was designed in the 17th century, but not completed until less than a hundred years ago. 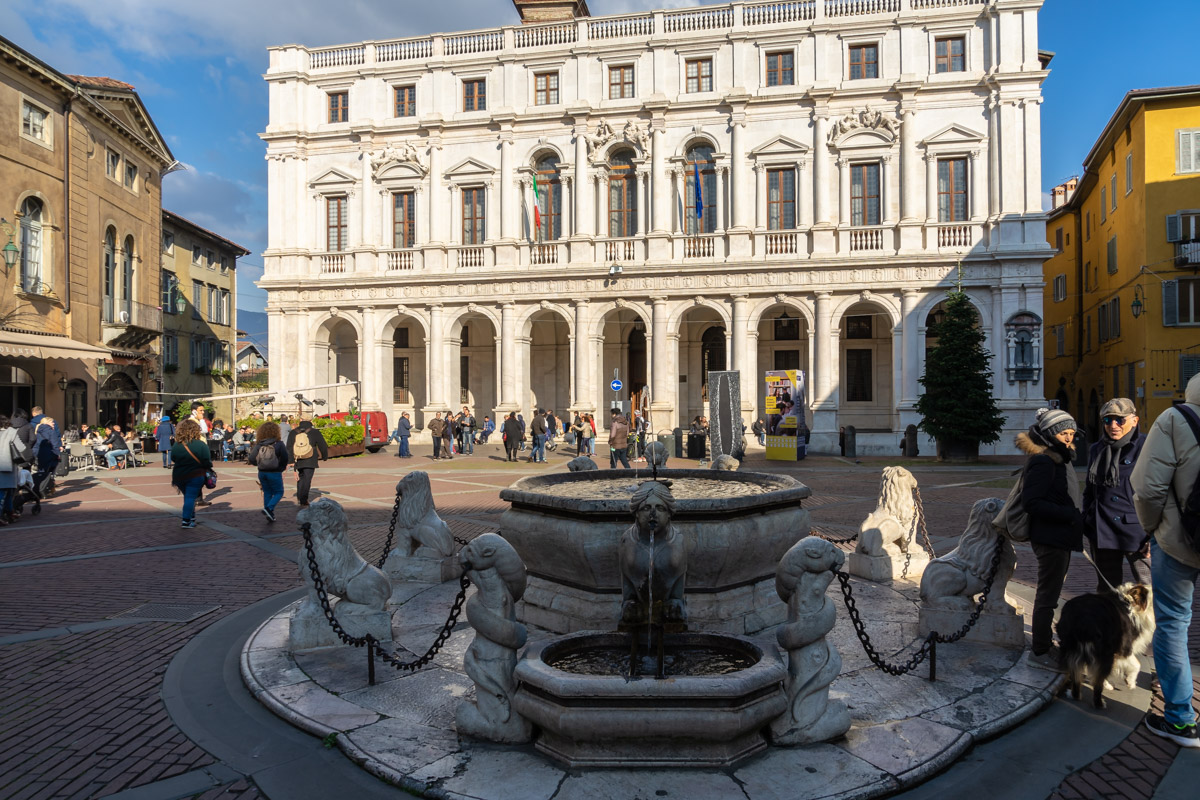 On the opposite side of the square is Palazzo della Ragione, a much older 12th-century building, a former town hall, among its many different uses over time. 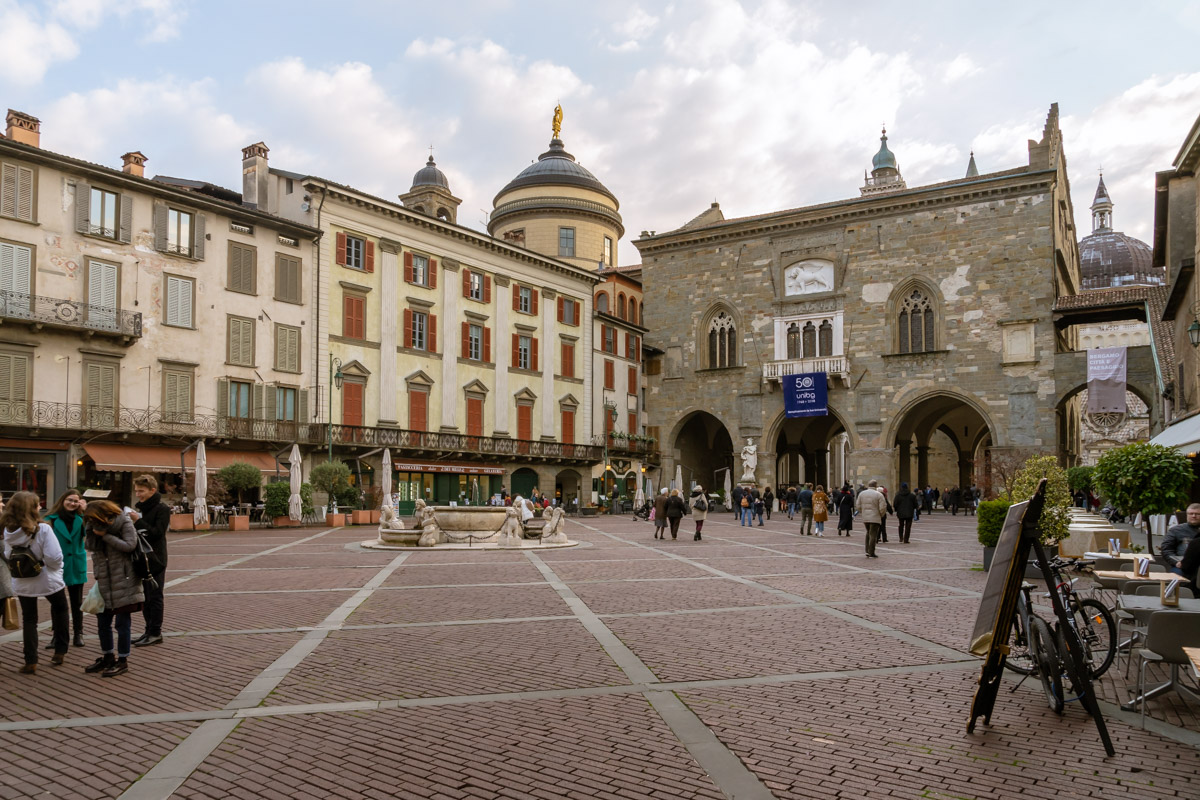 Elsewhere in town, one can come across such gems as Palazzo Medolago-Albani, a neoclassical late 18th-century beauty. 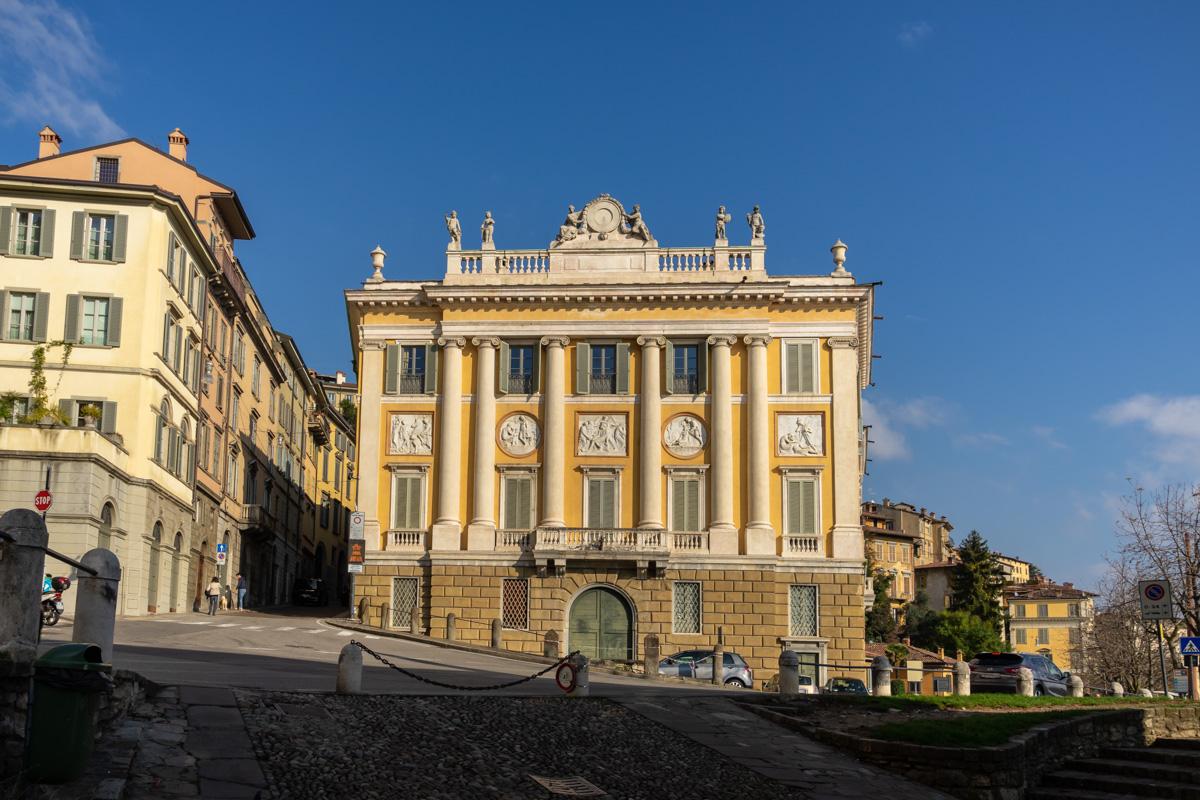 Yet away from the main squares, the town looks mostly like this, with just occasional details to catch the eye. 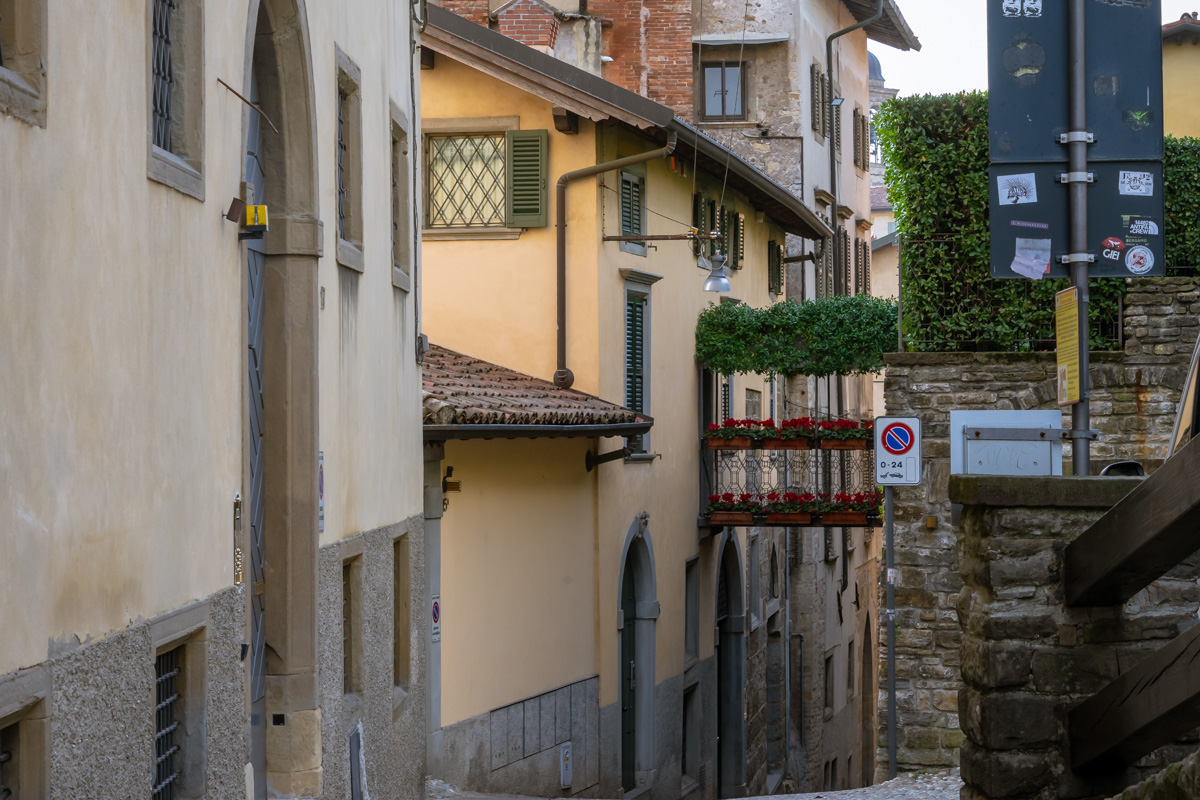 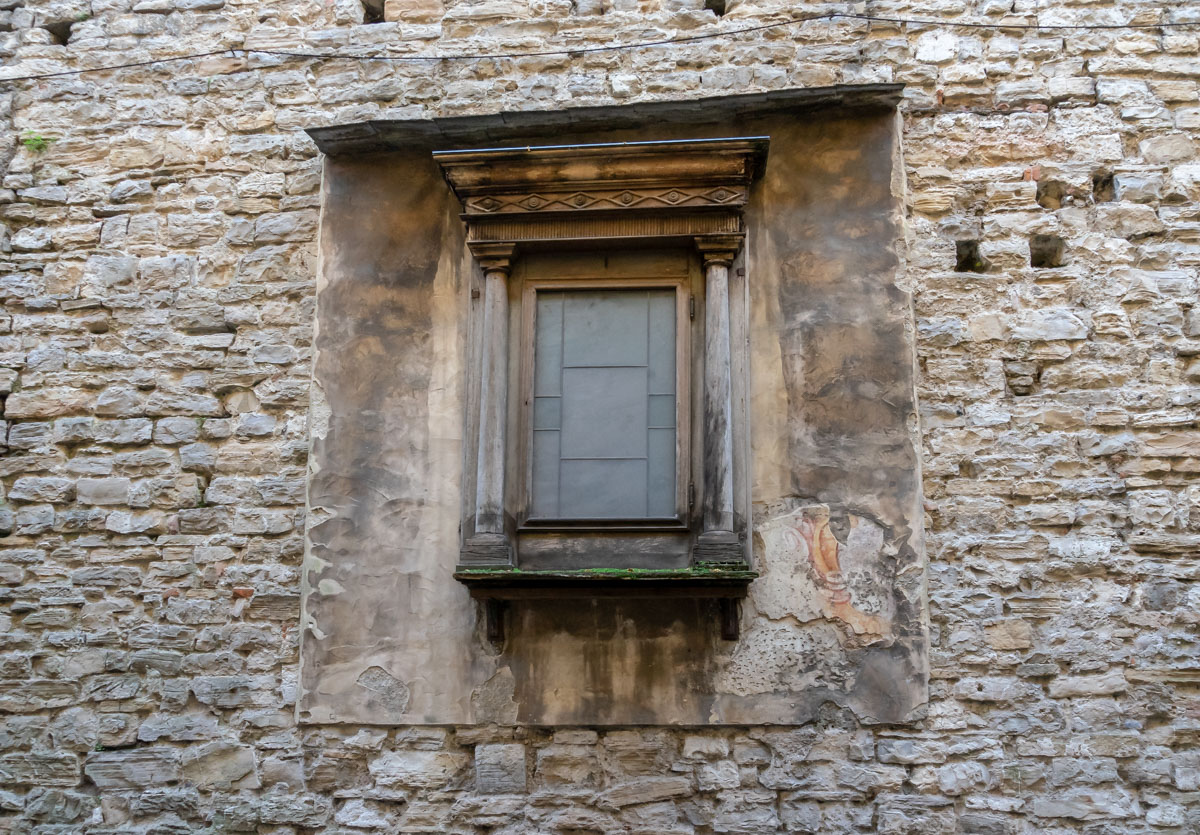 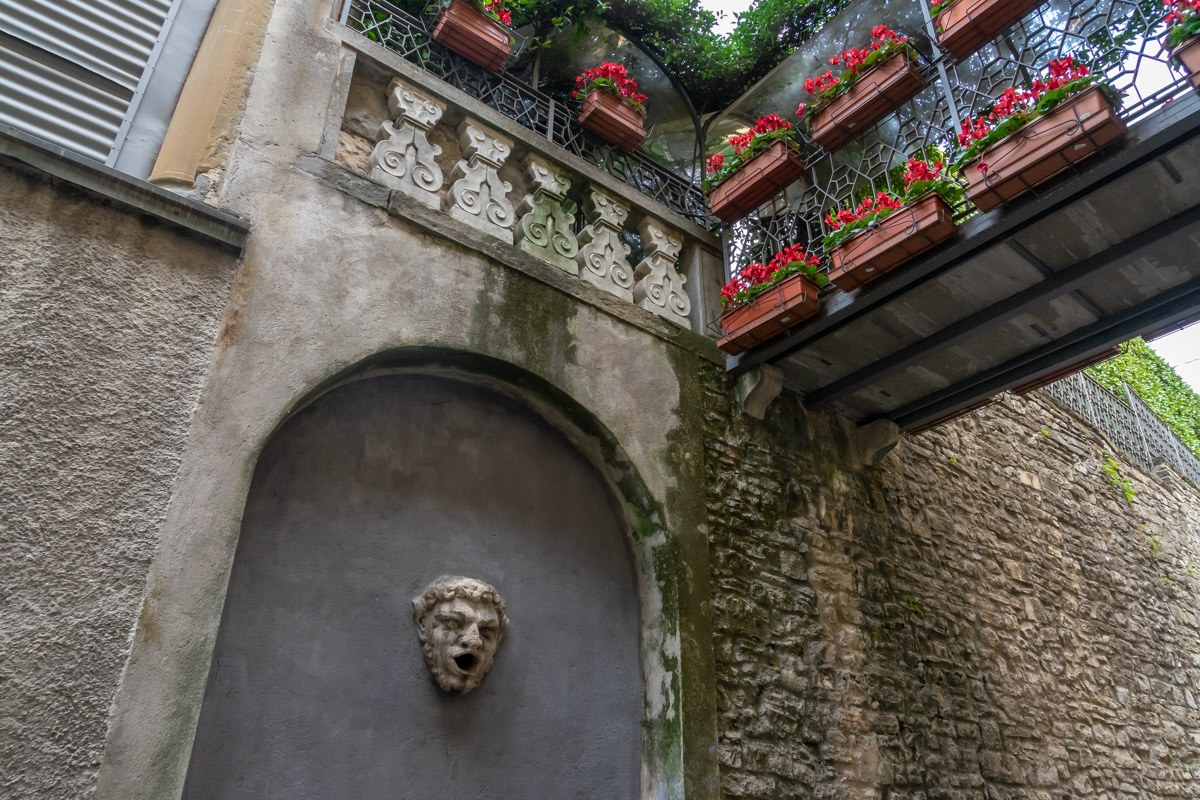 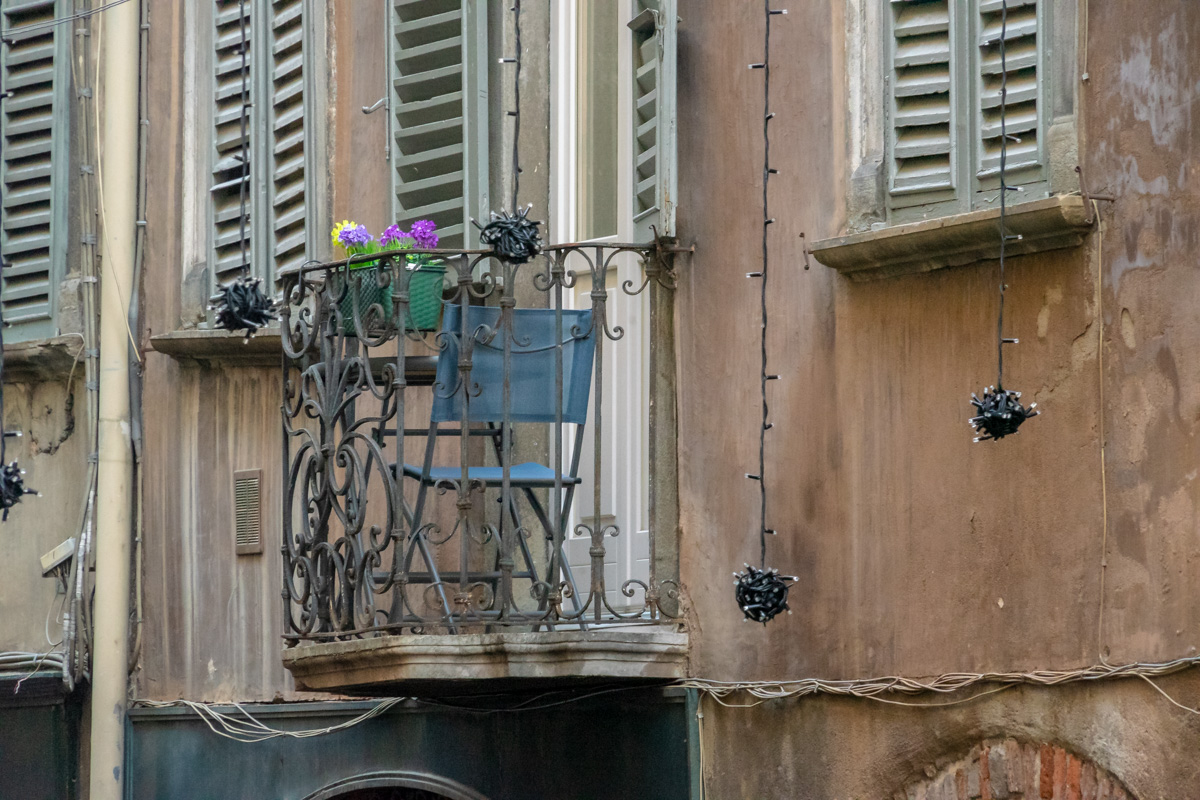 Basilica di Santa Maria Maggiore is easily the most jaw-dropping church around, almost obscenely opulent in its interior decorations. 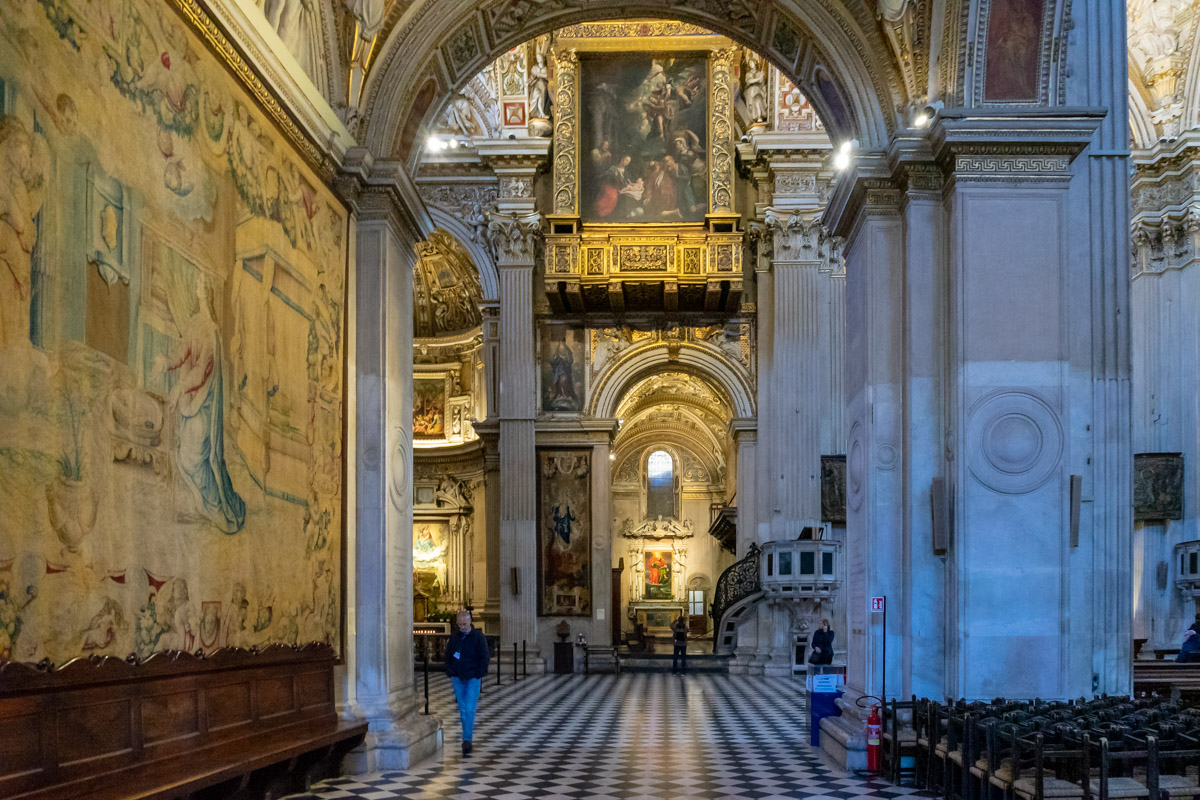 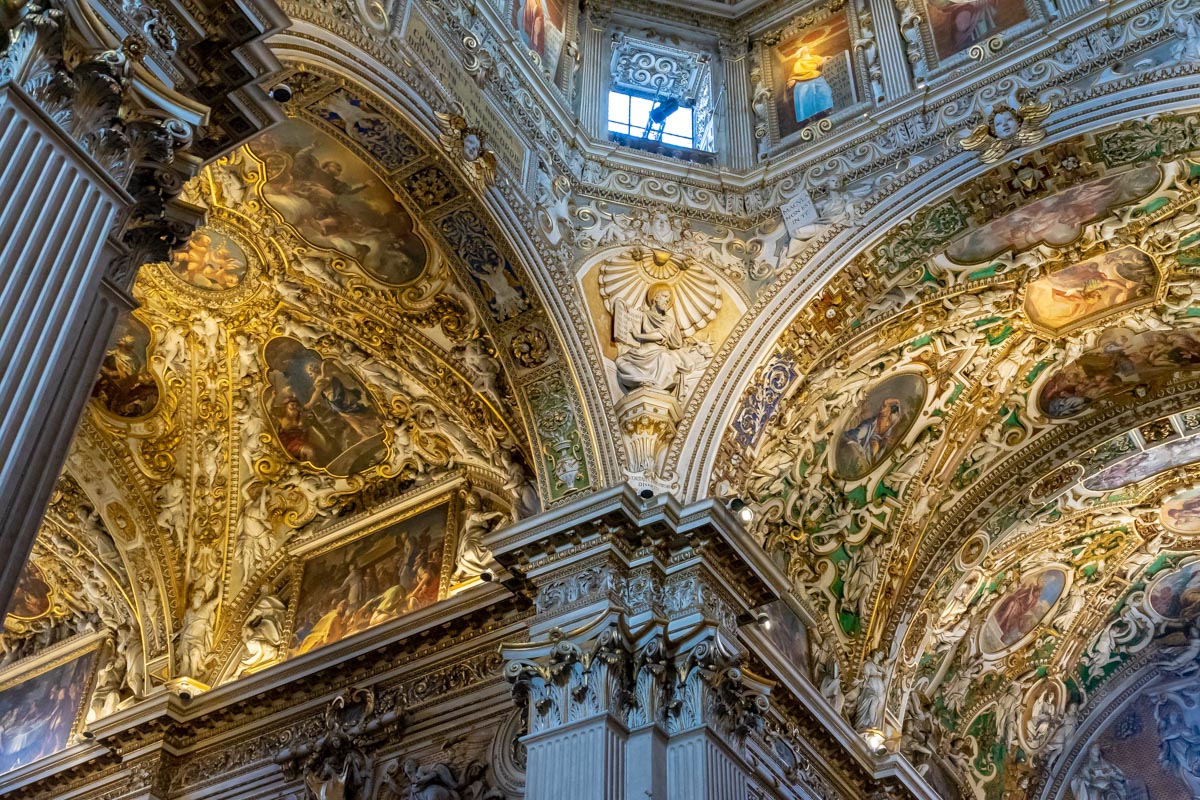 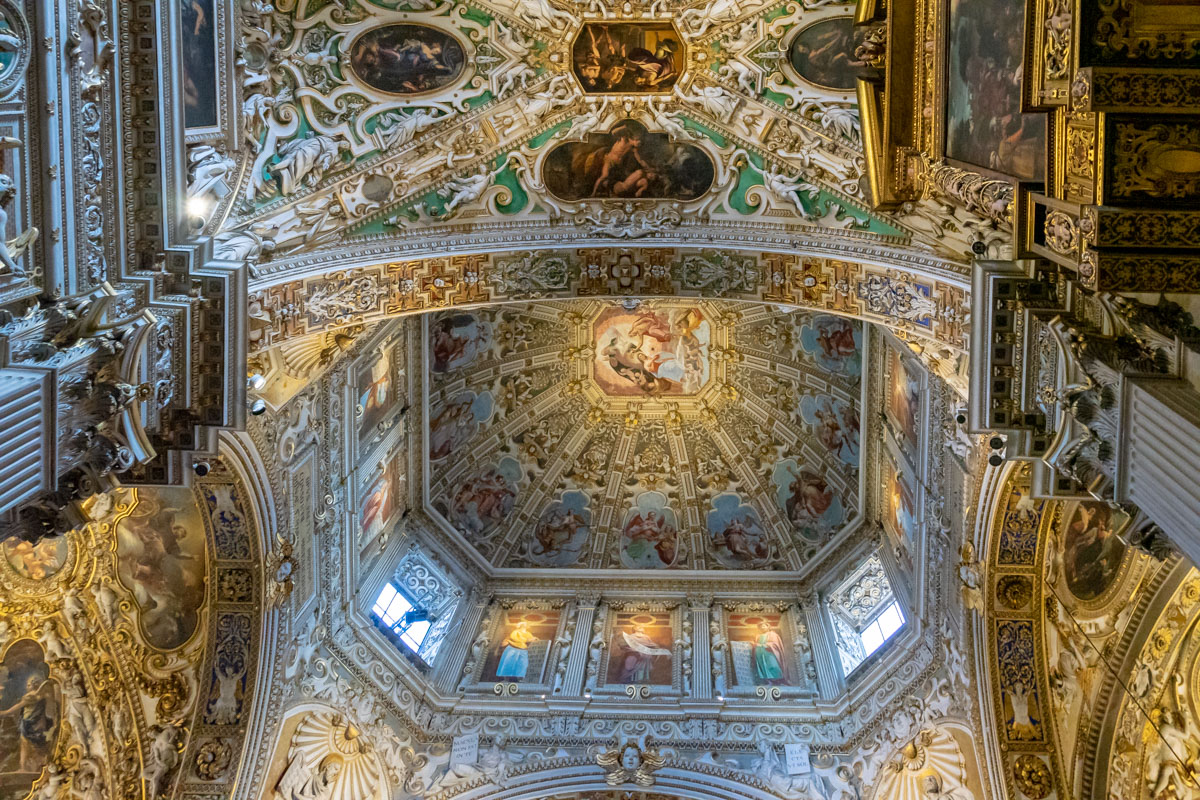 By contrast, the interior of the nearby Cathedral is practically understated, prepossessingly elegant. 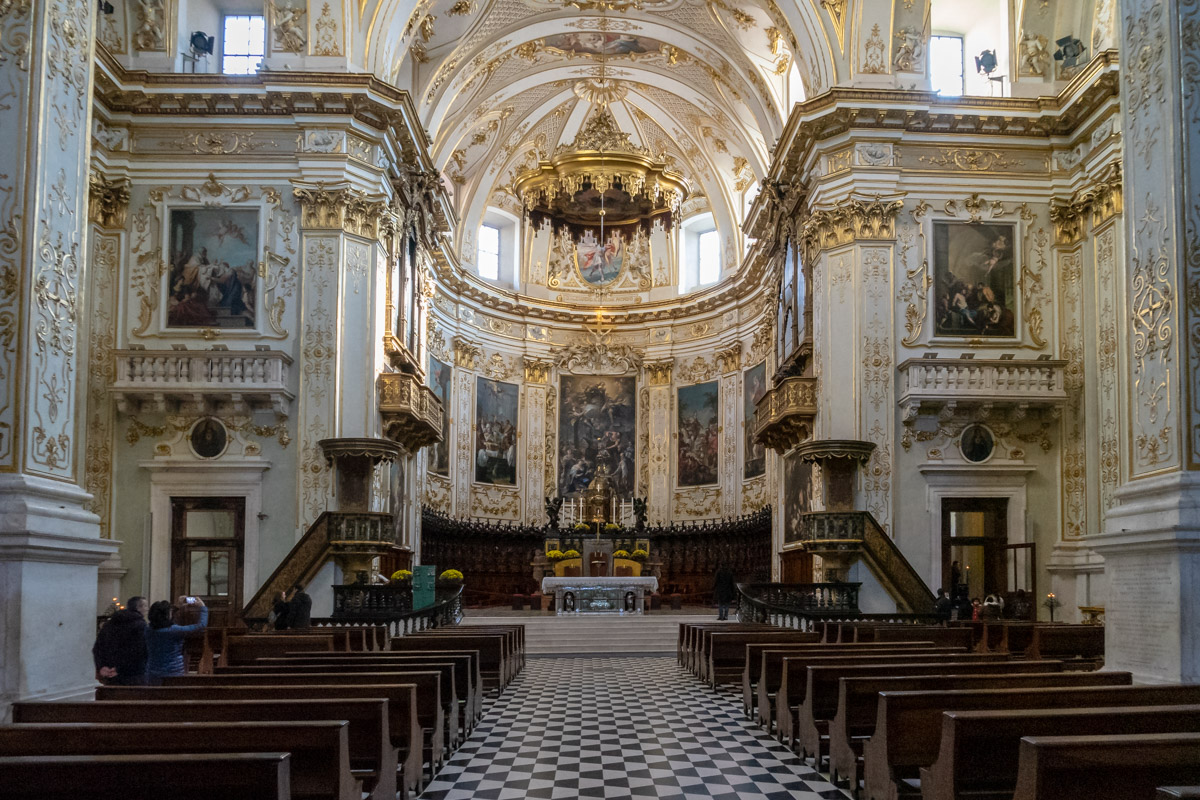 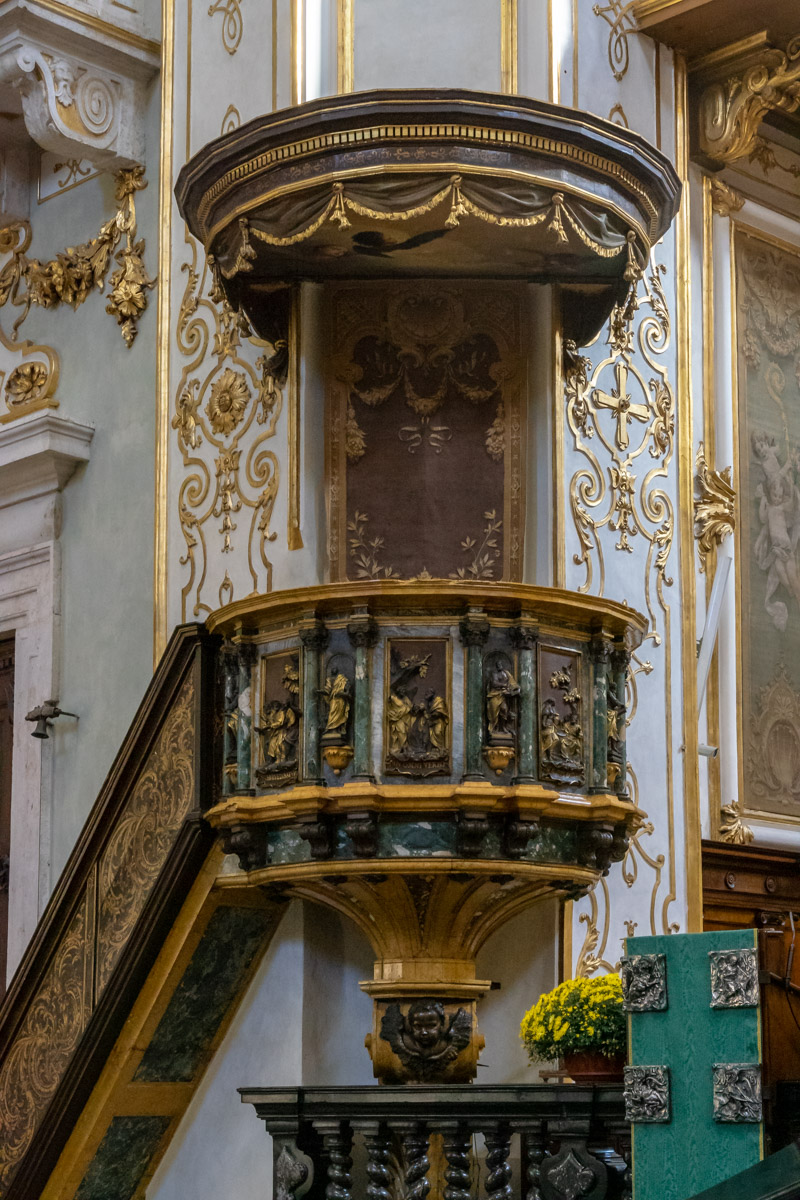 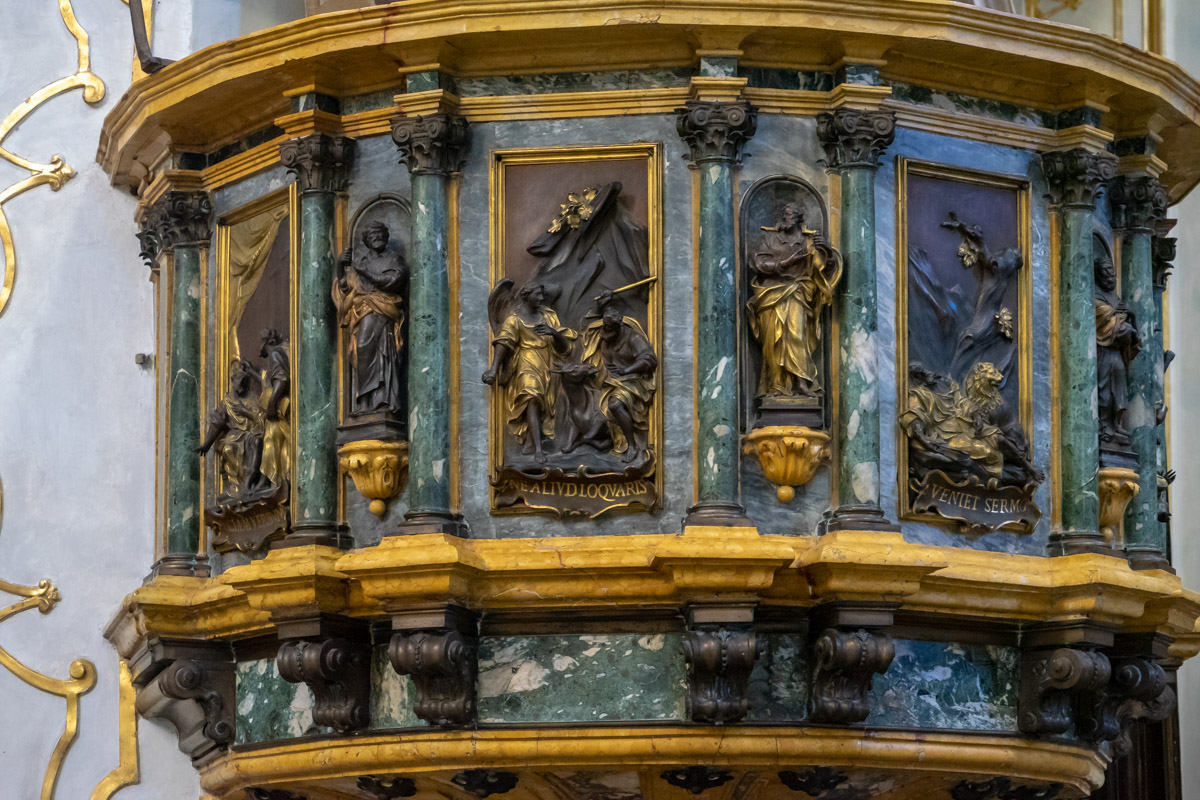 The ensemble of the Santa Maria’s porch and the adjoining façade of Cappella Colleoni, all in multicolor Veronese marble, is among the most frequently reproduced visuals of Bergamo. 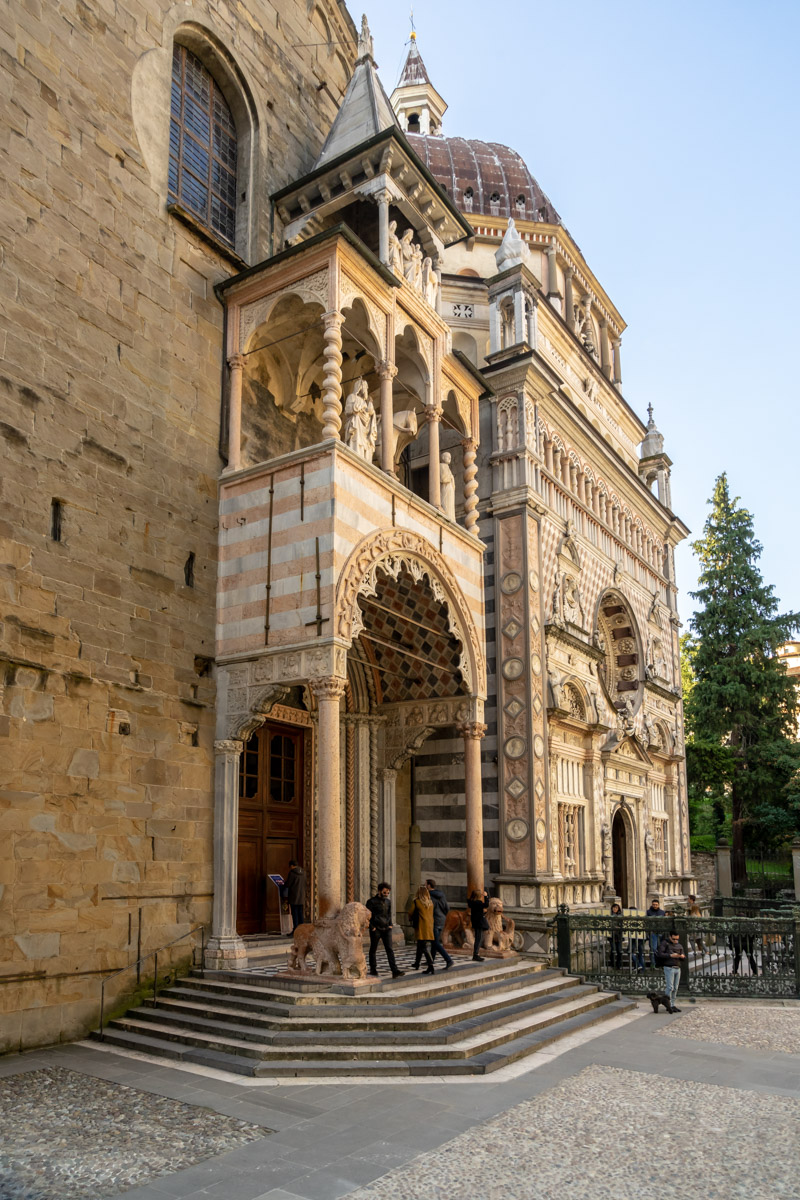 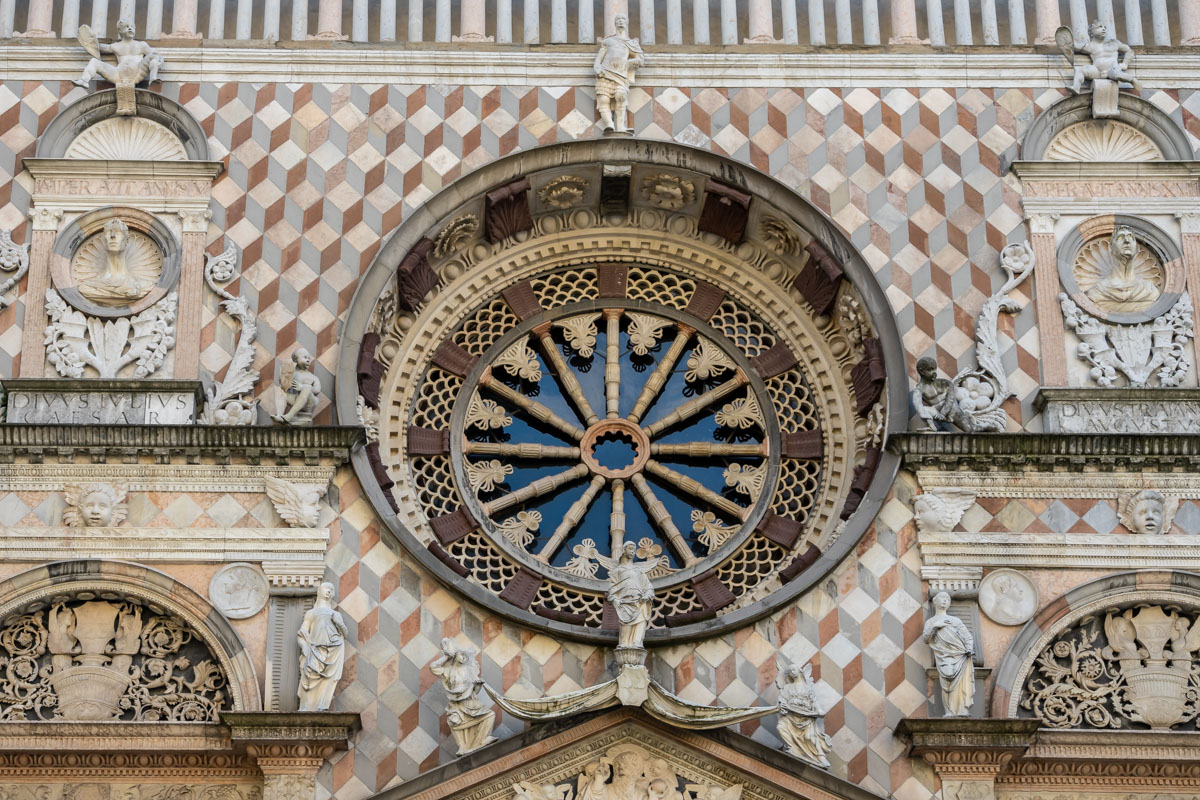 Here is a better angle from the top of Campanone, so that we can see the chapel in all its glory. 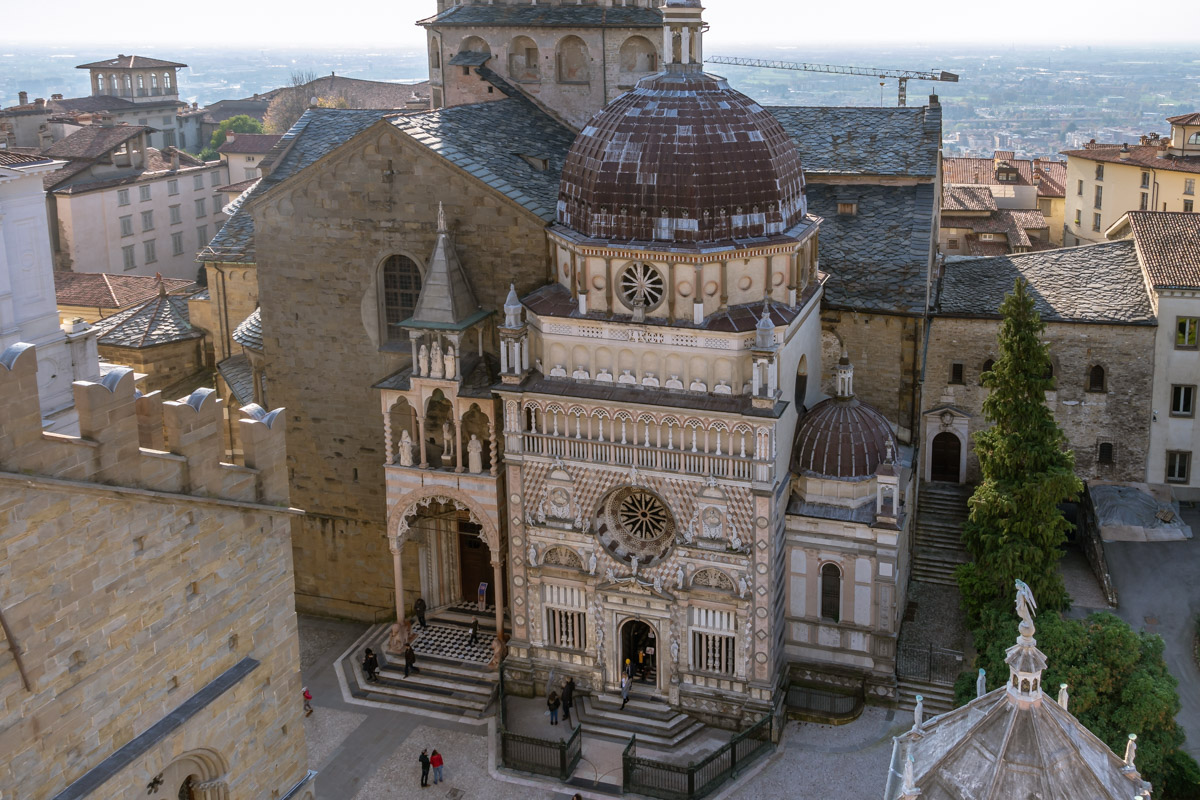 Campanone, or La Torre Civica di Bergamo, is a 12th-century exquisite bell tower with fantastic views over the entire city. 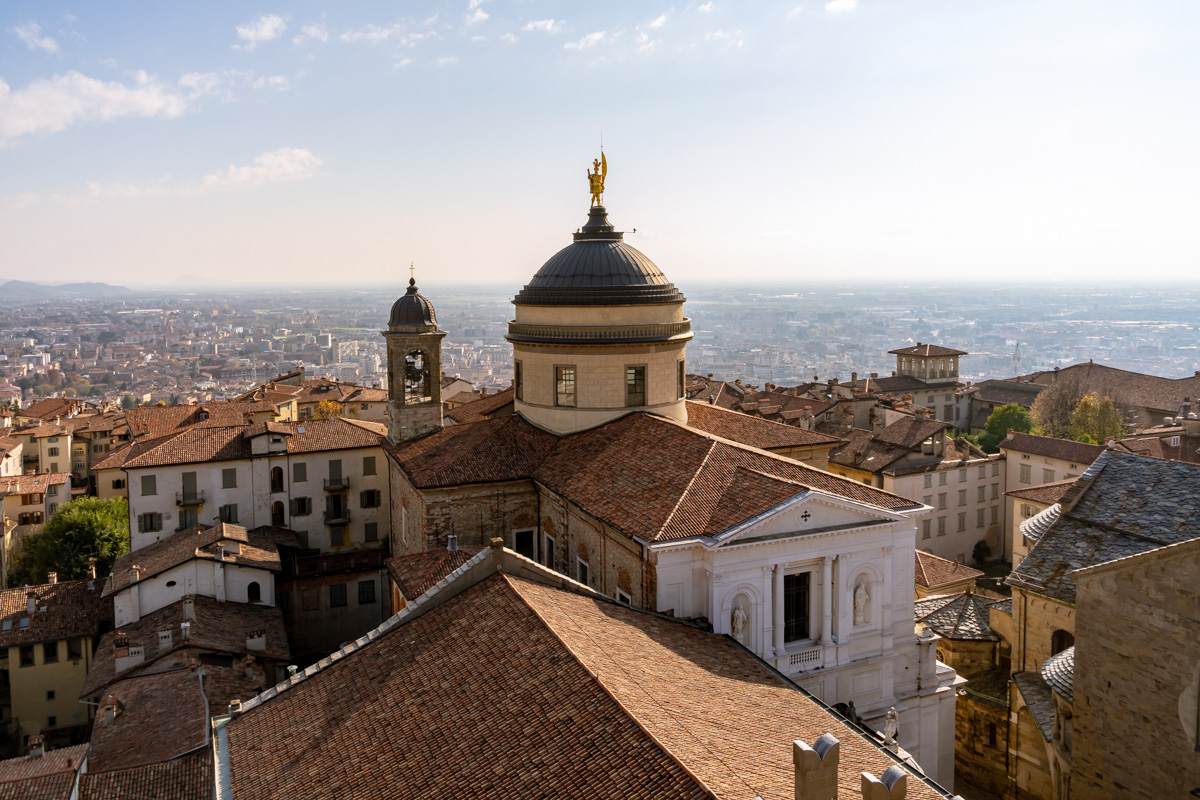 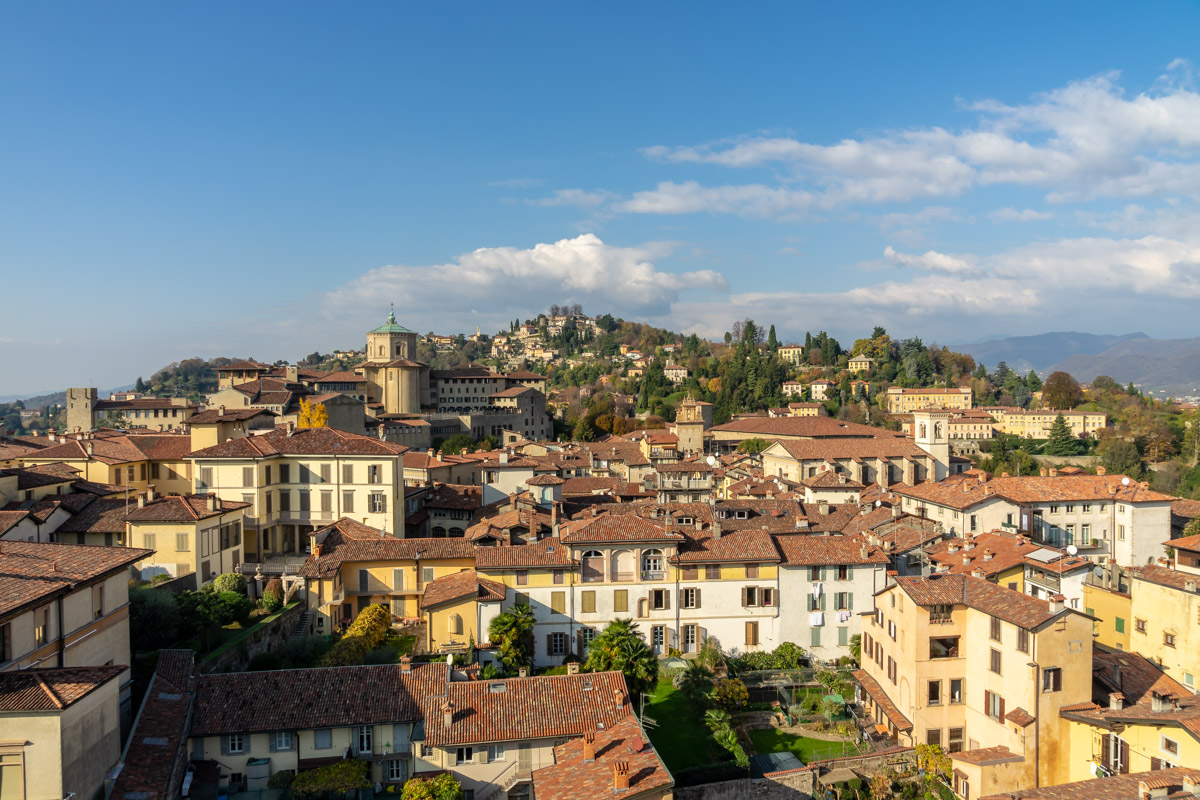 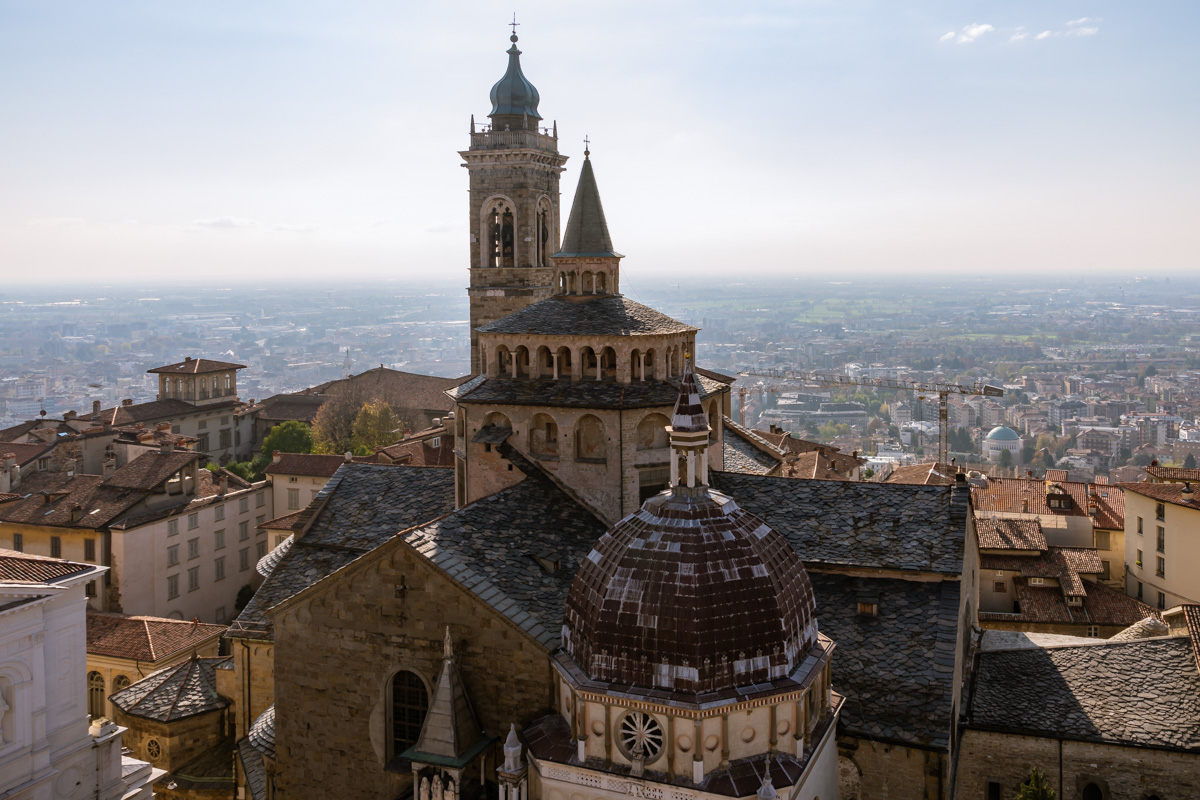 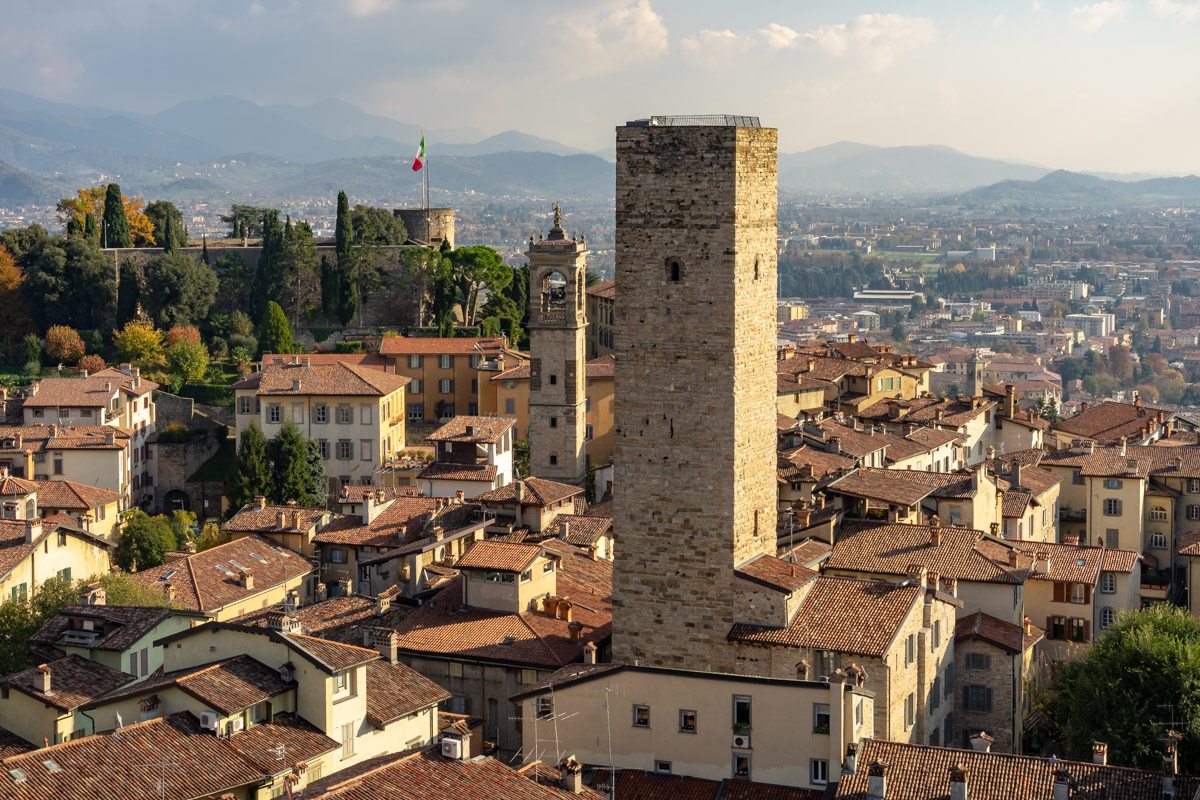 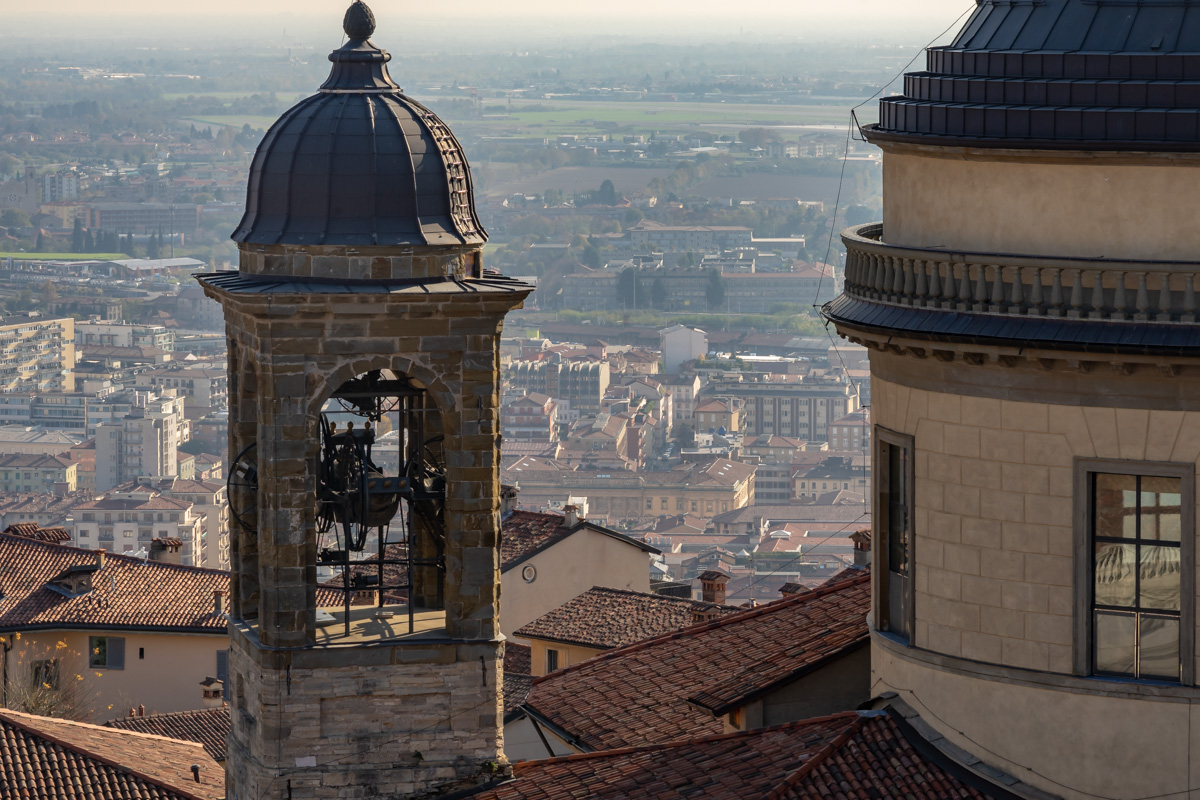 Città Bassa, the Lower Town, gets a short shrift from the majority of visitors, but I suspect that anyone spending a bit more time in Bergamo might find a number of impressive views and interesting details here. 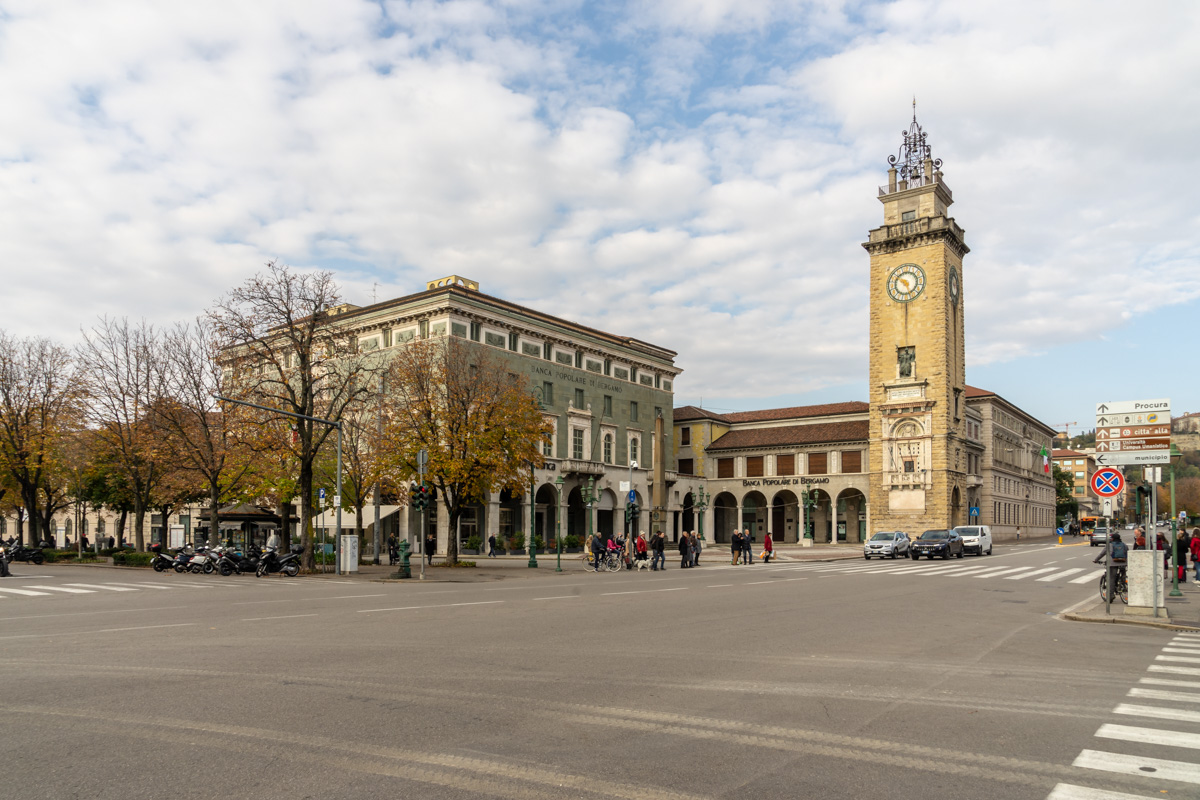 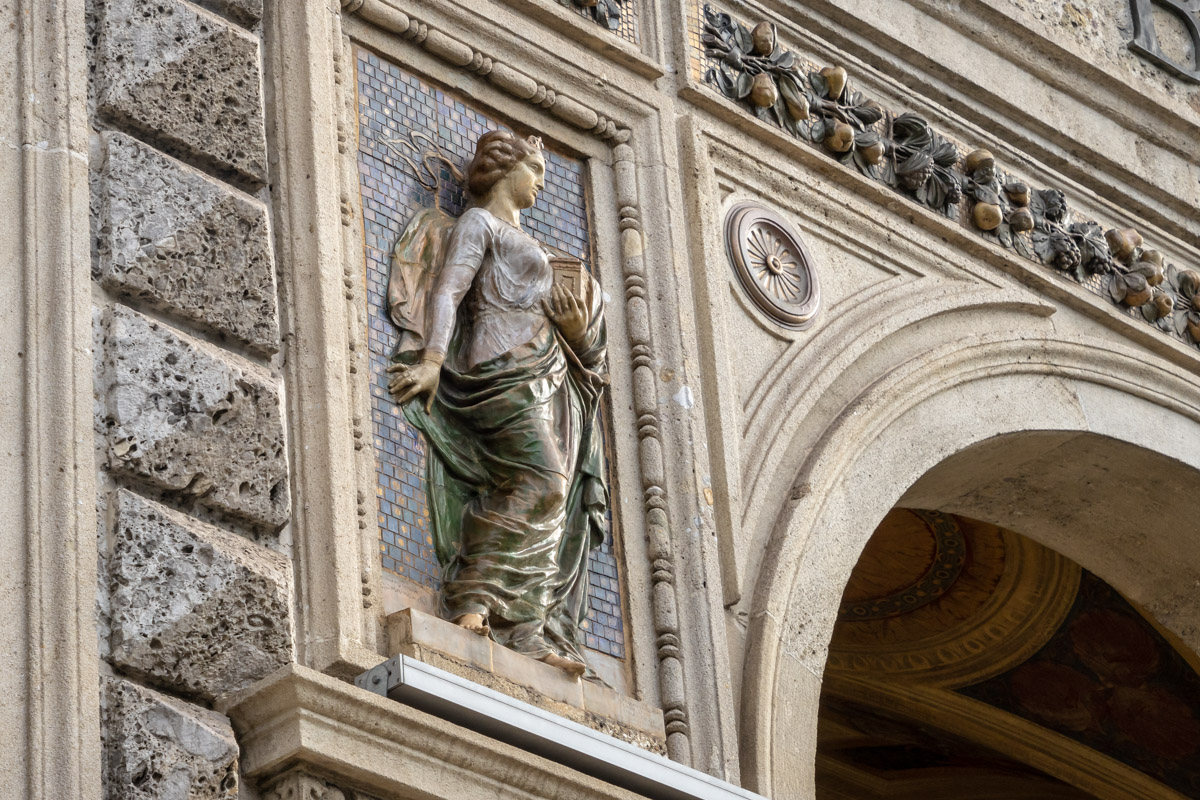 We firmly put Bergamo into “like it” category. We bypassed a couple of attractions in favor of simply walking around town; I suspect Bergamo can easily sustain a longer than a day-trip visit.