I have now come to the end of my photographic material from the summertime trip to Greece. Over the course of a dozen and a half essays, we revisited places on Crete (Minoan sites, Heraklion, Psychro cave, other locations, not forgetting the unbelievable sunrise), on Santorini (Oia, including sunset, and other locations), on other Cycladic Islands (Naxos Chora, around Naxos, Delos, Mykonos, sailing), in Athens (the city, Acropolis), and finally a few World Heritage sites on the Greek mainland (Hosios Loukas, Delphi, Mycenae).

Nearly 550 photos in total – including many that did not make the cut for corresponding essays – have been uploaded to my Flickr gallery. Here are the links to the albums:

Our last couple of days of the journey were heavy on World Heritage exploration, with a couple of beaches and a couple of strolls through seaside towns thrown in. I took very few pictures on those strolls and none of surpassing interest. So for the parting shot, I will use a picture taken on a smartphone that focuses on the family of intrepid explorers. 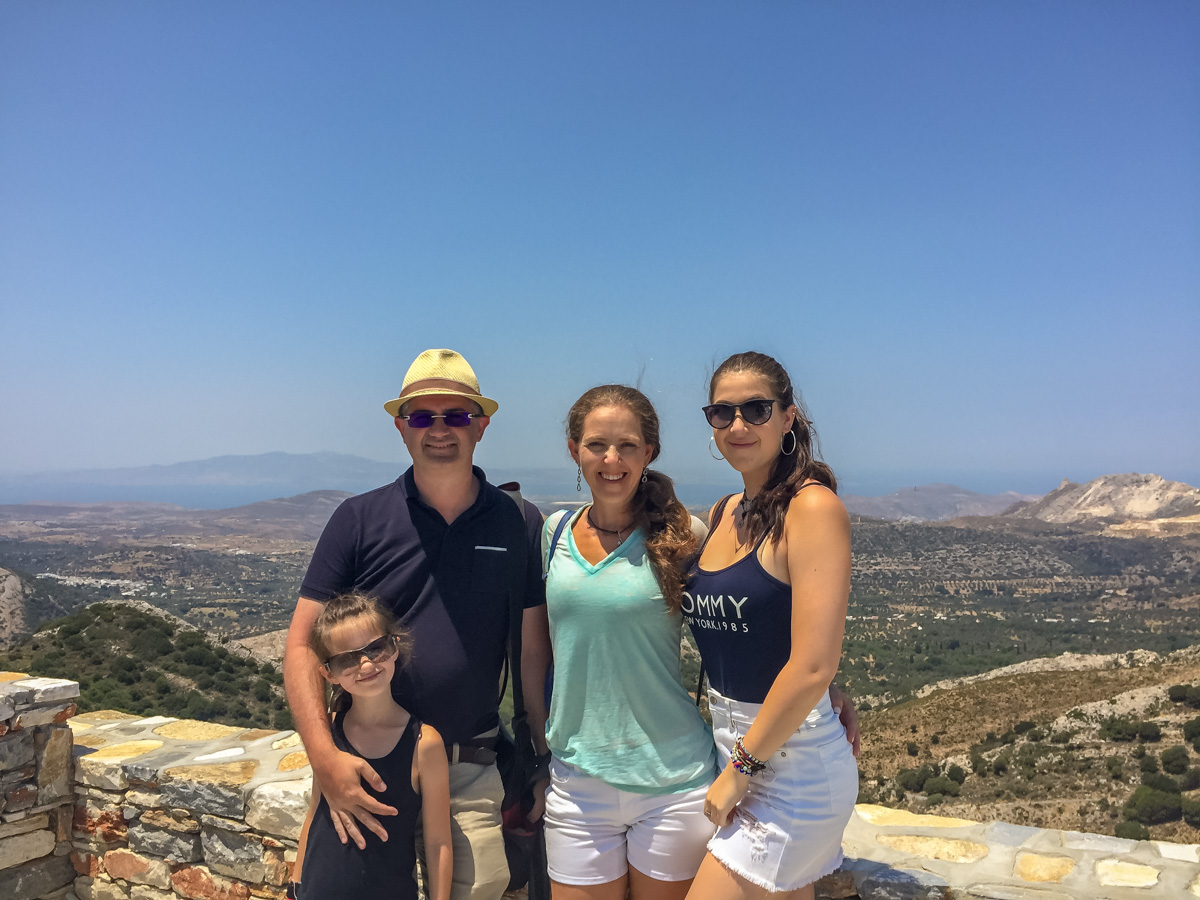 Αντίο Ελλάδα! Till we meet again!