The last ruins that we visited in Greece was Mycenae, the center of the Late Bronze Age civilization that was the main precursor to the classical Ancient Greek culture. Mycenaeans’ period of domination over the Mediterranean came around the time when the Minoan civilization – which we encountered on Crete – had begun its decline around 1600 BC. Little visible remains of that glorious period, though; Mycenae is mostly piles of rocks, with very few surviving discernible features, making Delphi quite well-preserved by comparison (of course, Delphi is about a whole millennia younger).

In fact, the signature surviving feature of Mycenae greets the visitors at the very entrance to the city – the Lion Gate, dating from around 1250 BC. 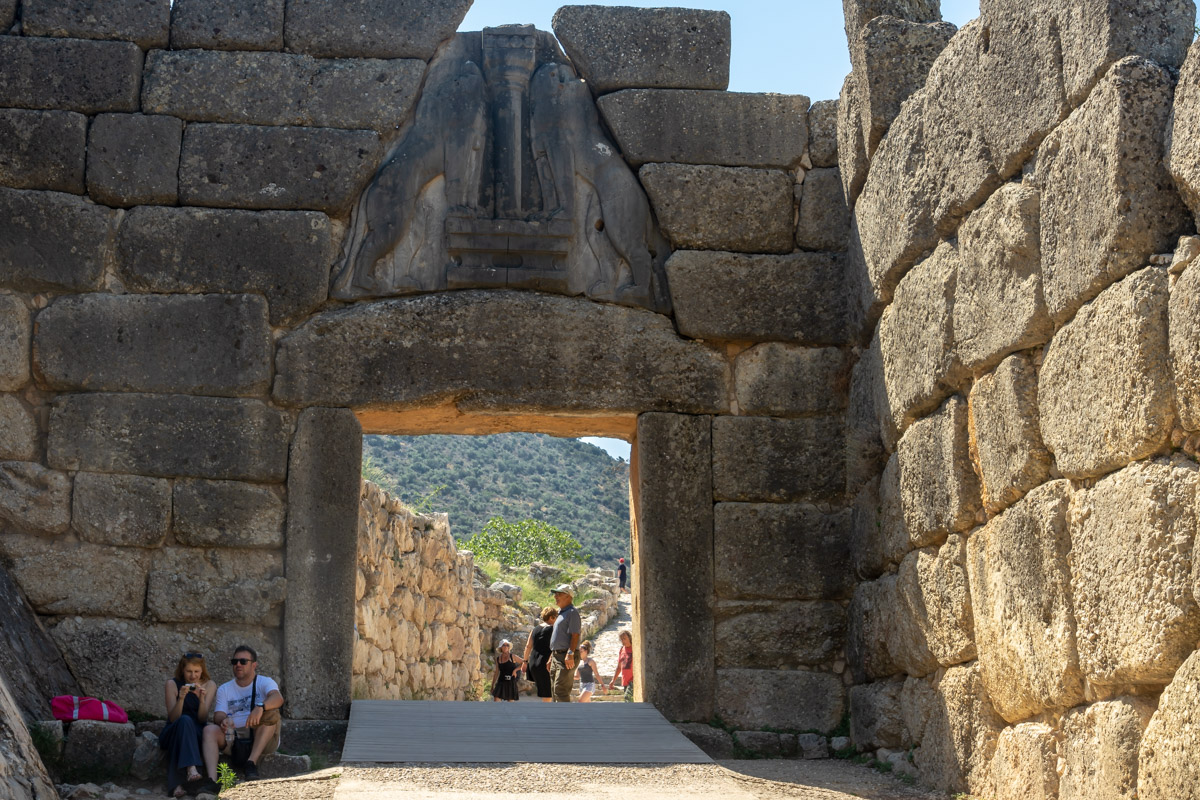 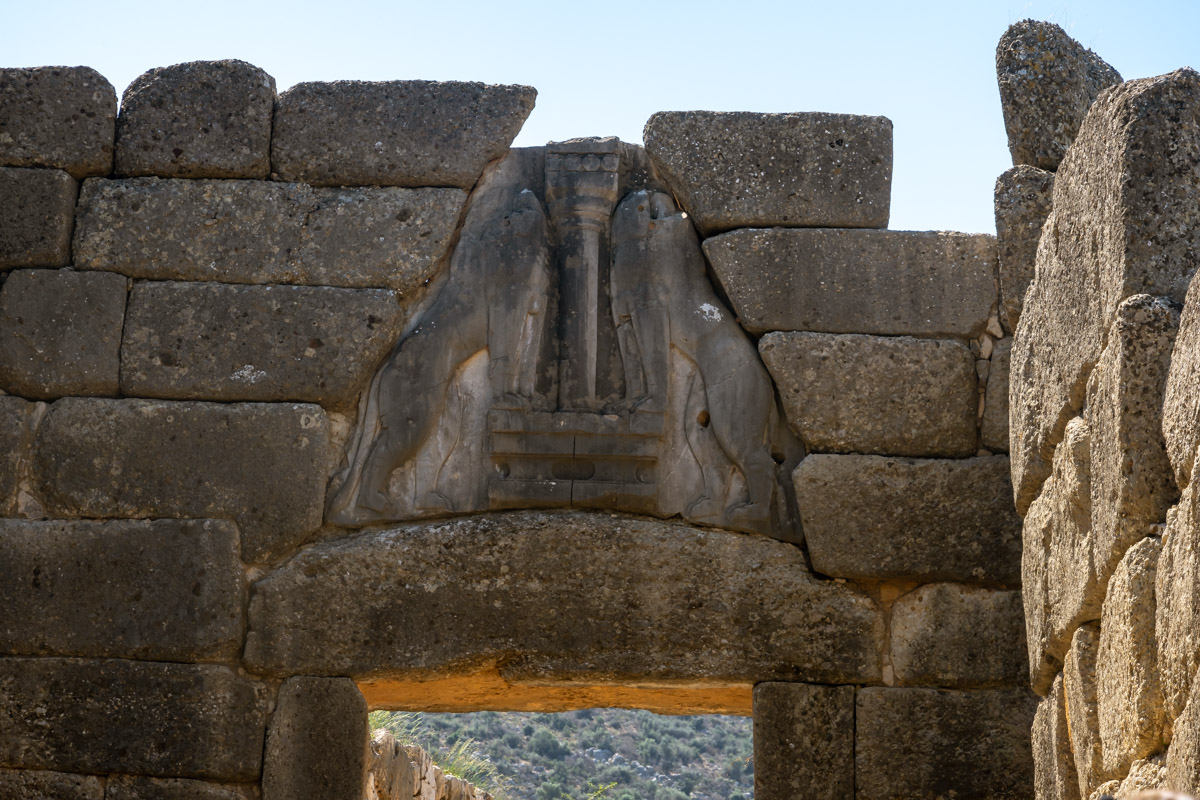 Beyond the gate, the site is mostly parts of walls, overgrown foundations, and a couple of grave circles. 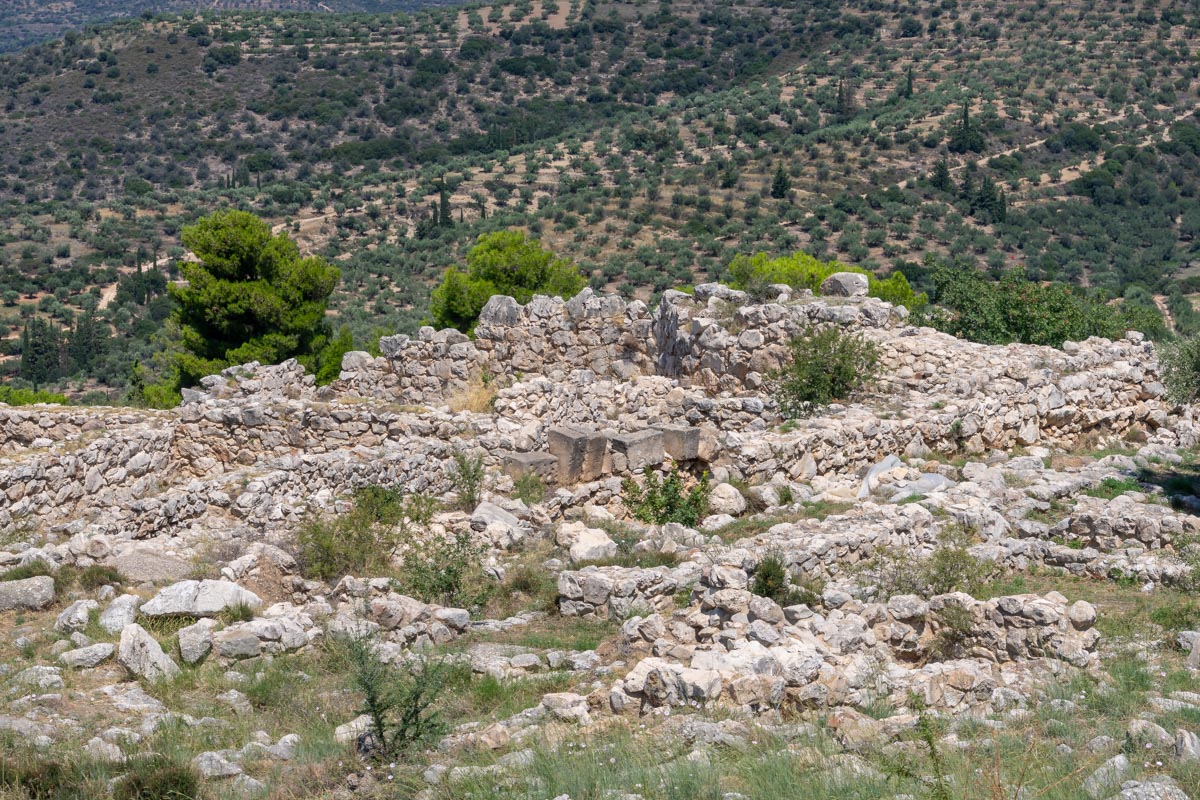 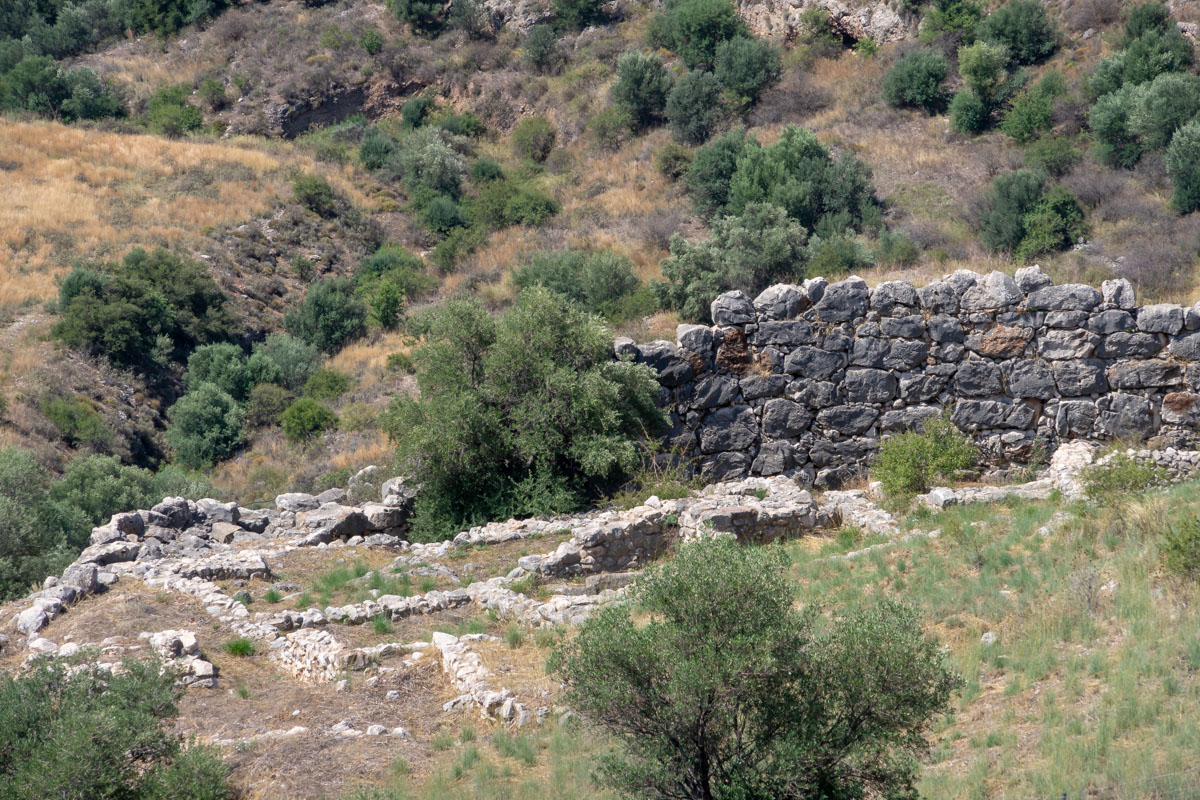 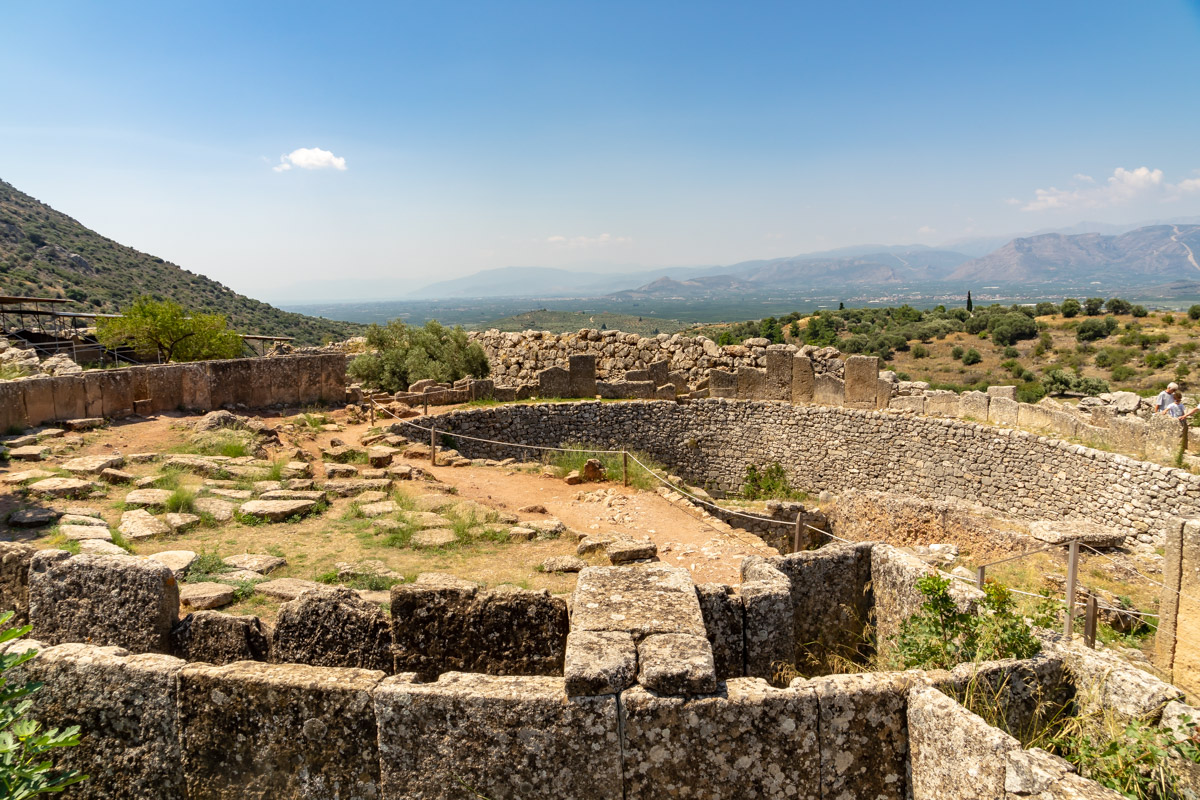 The background of the shot above illustrates the city’s dominating position over the Argolid Plain. 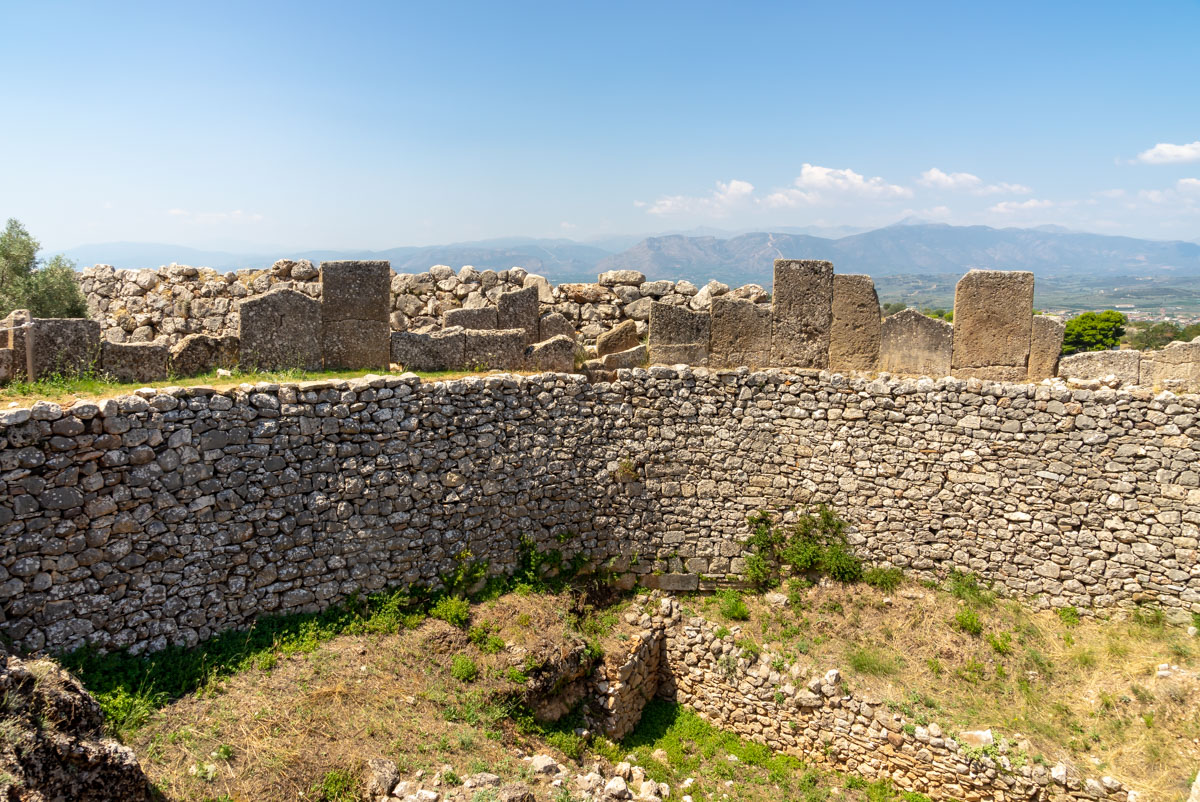 Since there is little left to preserve on the site, very few areas are out of bounds to the visitors. This goes really well with the smaller children, who can replace the boring exercise of looking at the rocks with a much more exciting exercise of climbing on and over the rocks. Here is one happy child. 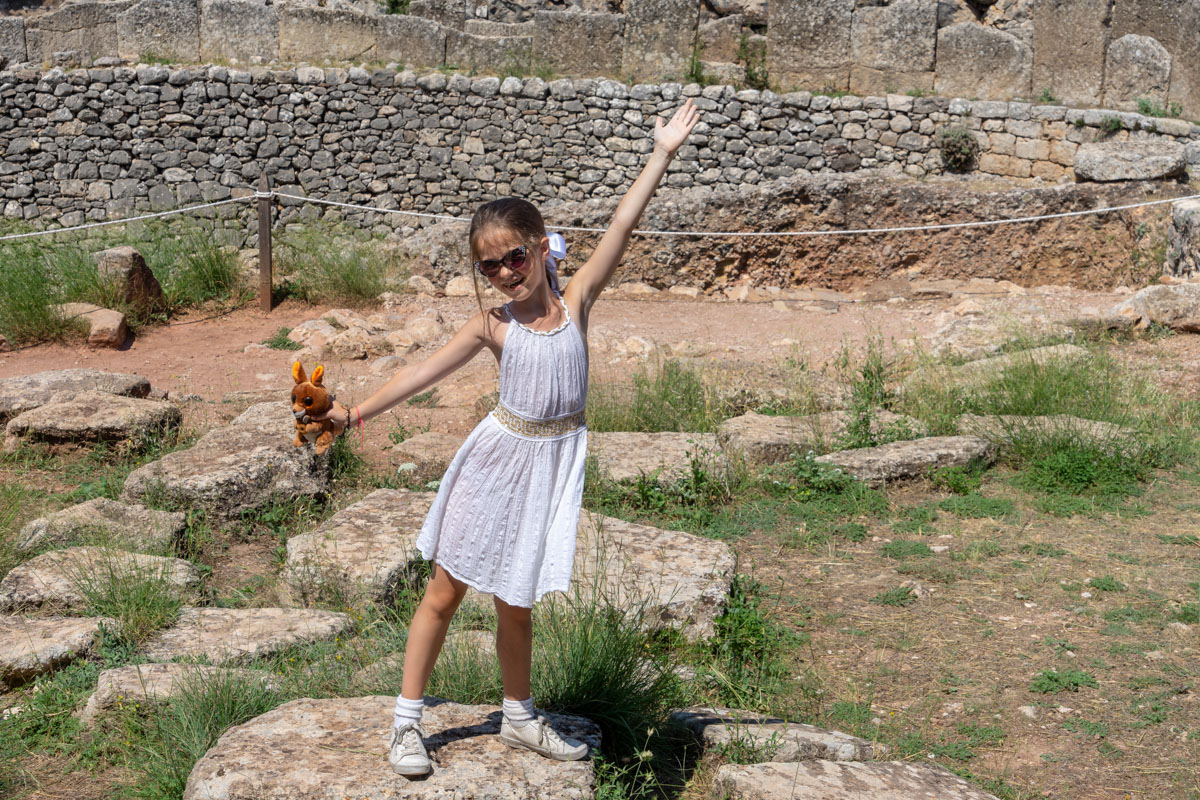 Because of sparsity of things to see in the city, we paid a closer attention than usual to the onsite museum. The collection of artifacts here is simply exceptional. Here are a few examples. 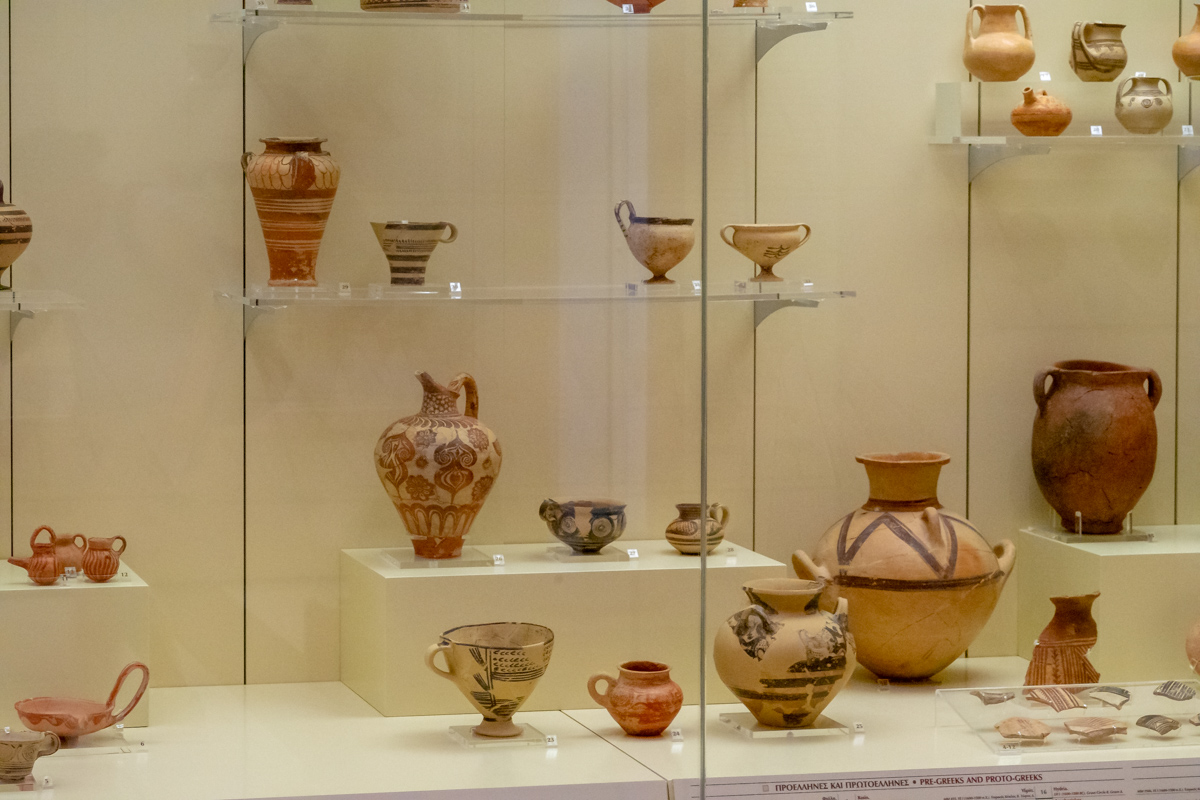 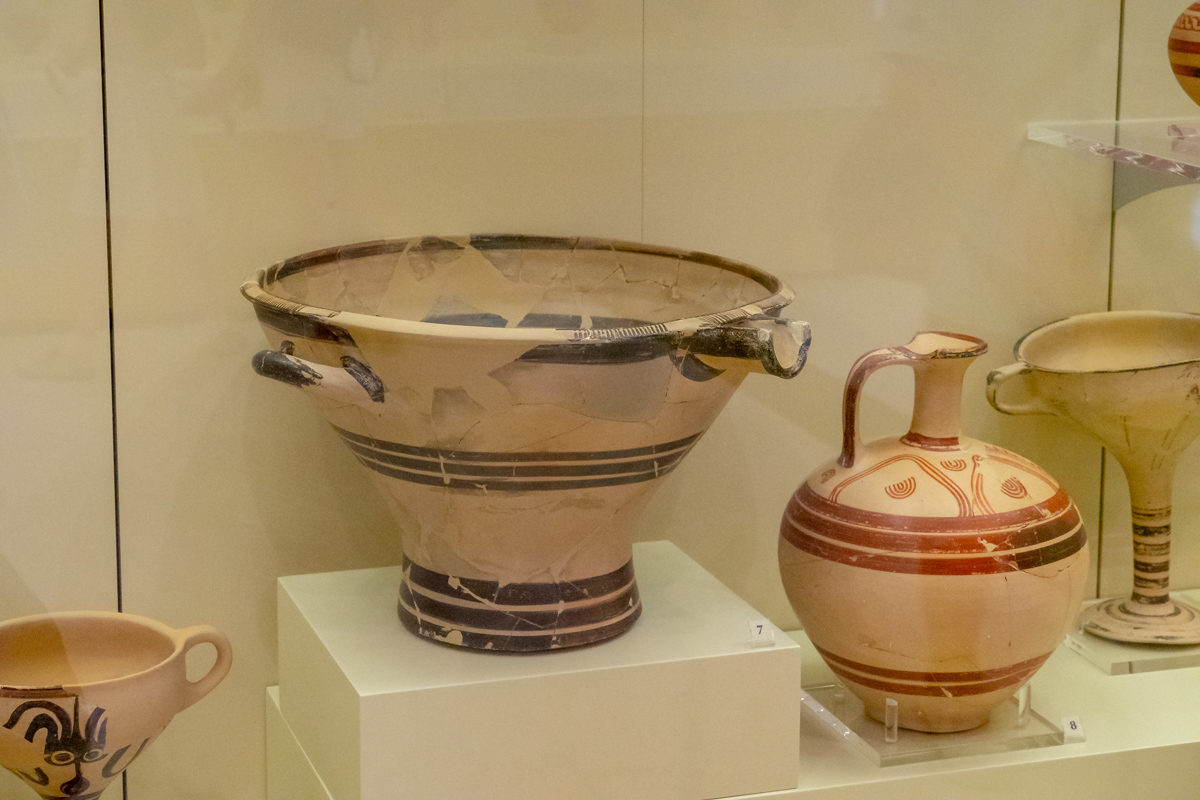 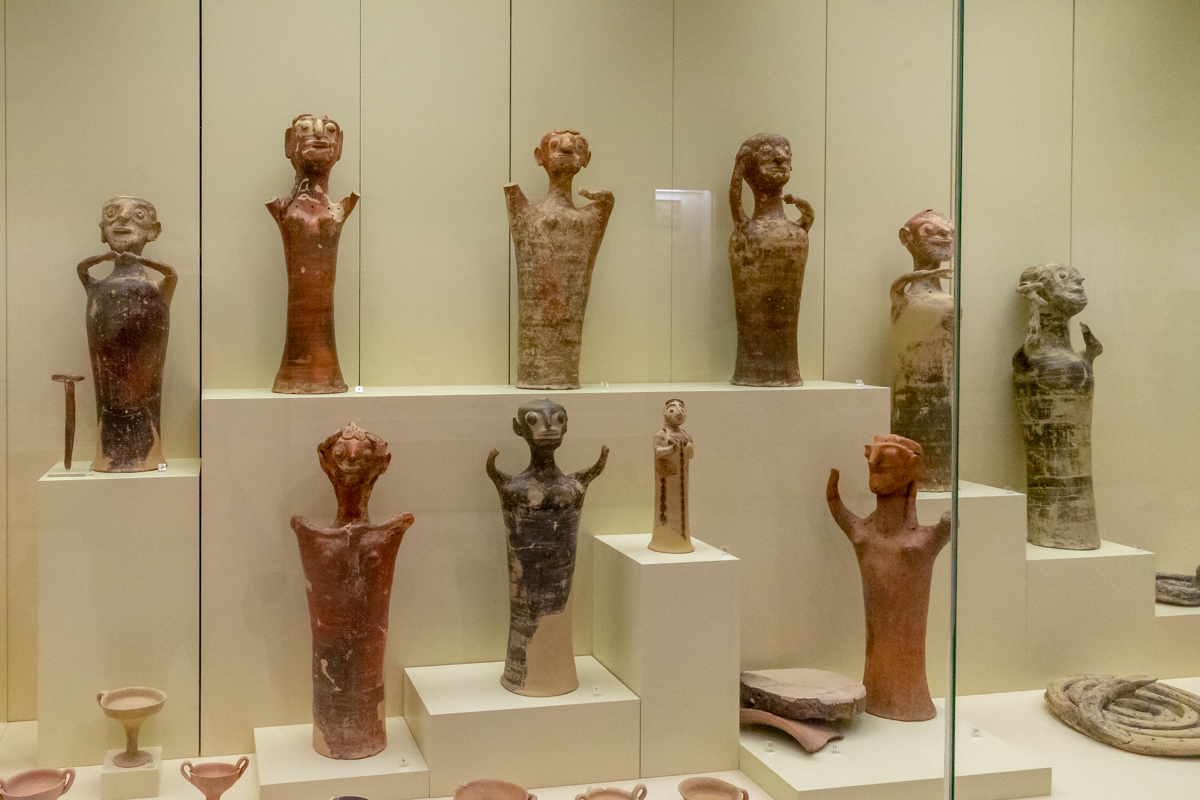 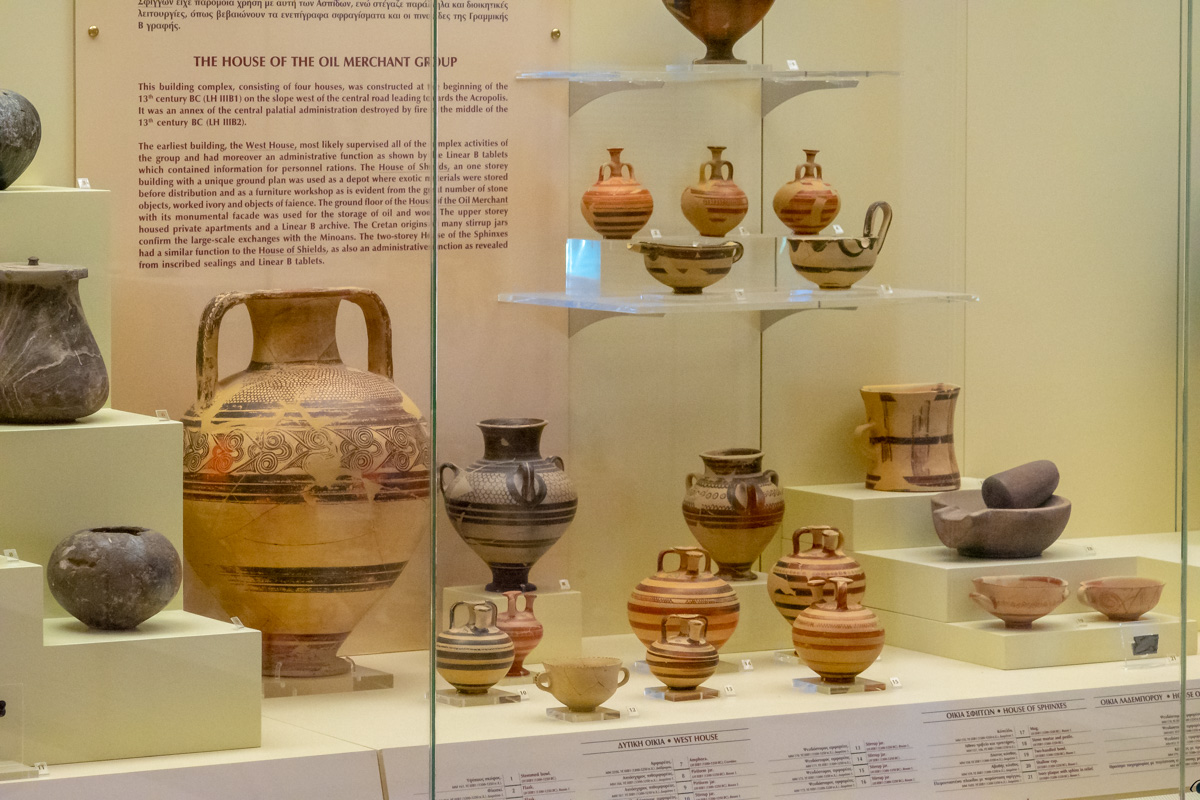 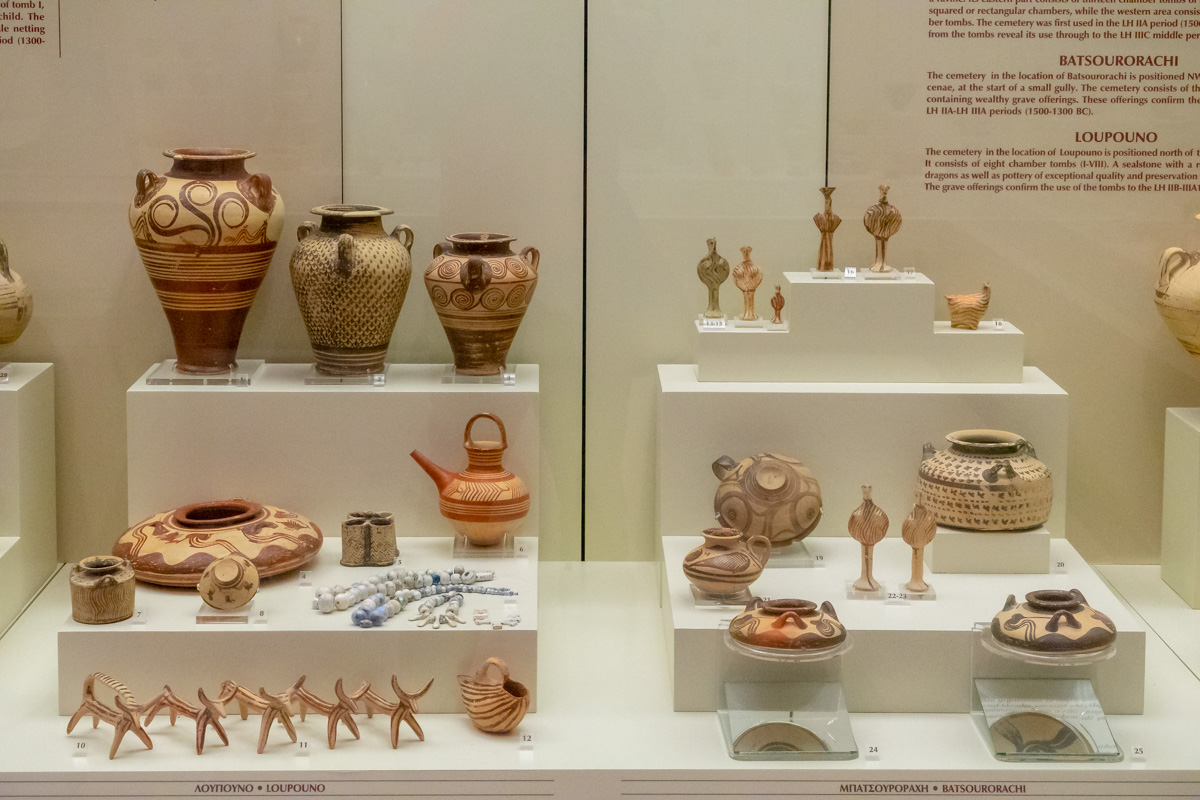 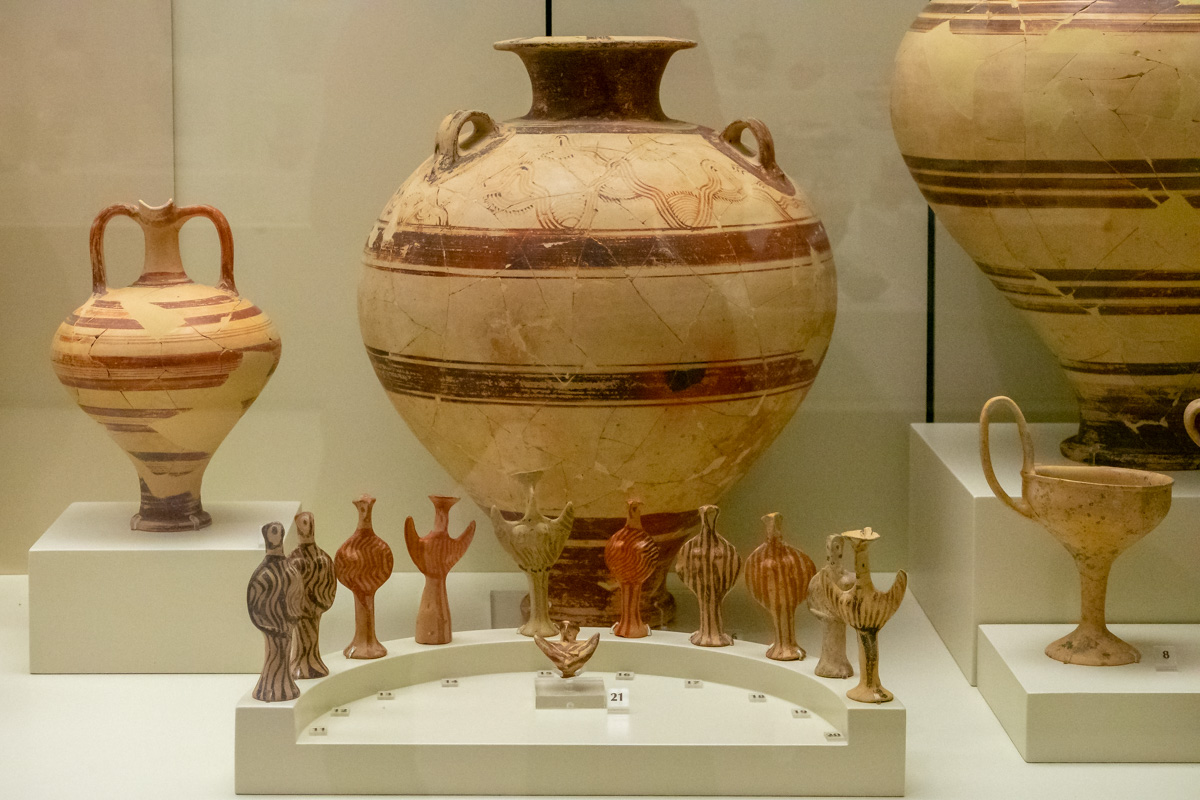 Mycenae is located on Peloponnese a little over an hour and a half drive from Athens. The site itself can be seen in under an hour; the museum will require at least half an hour, if not more. The tomb of the mythical king Agamemnon is a separate site a short walk away.

The site of Tiryns is twinned with Mycenae on the World Heritage inscription; it is located about 20 minutes away from Mycenae. We drove past it on the way to the seaside town of Nafplion. From the road it looked to be a smaller site and definitely much less crowded.