Three geographically dispersed monasteries in Greece are inscribed together on the World Heritage list as the great examples of the golden age of Byzantine art. We could only fit one into our itinerary, and our choice fell on Hosios Loukas, the largest and likely the oldest of the three.

The monastery was founded in the early 10th century. Here are a few exterior perspectives. 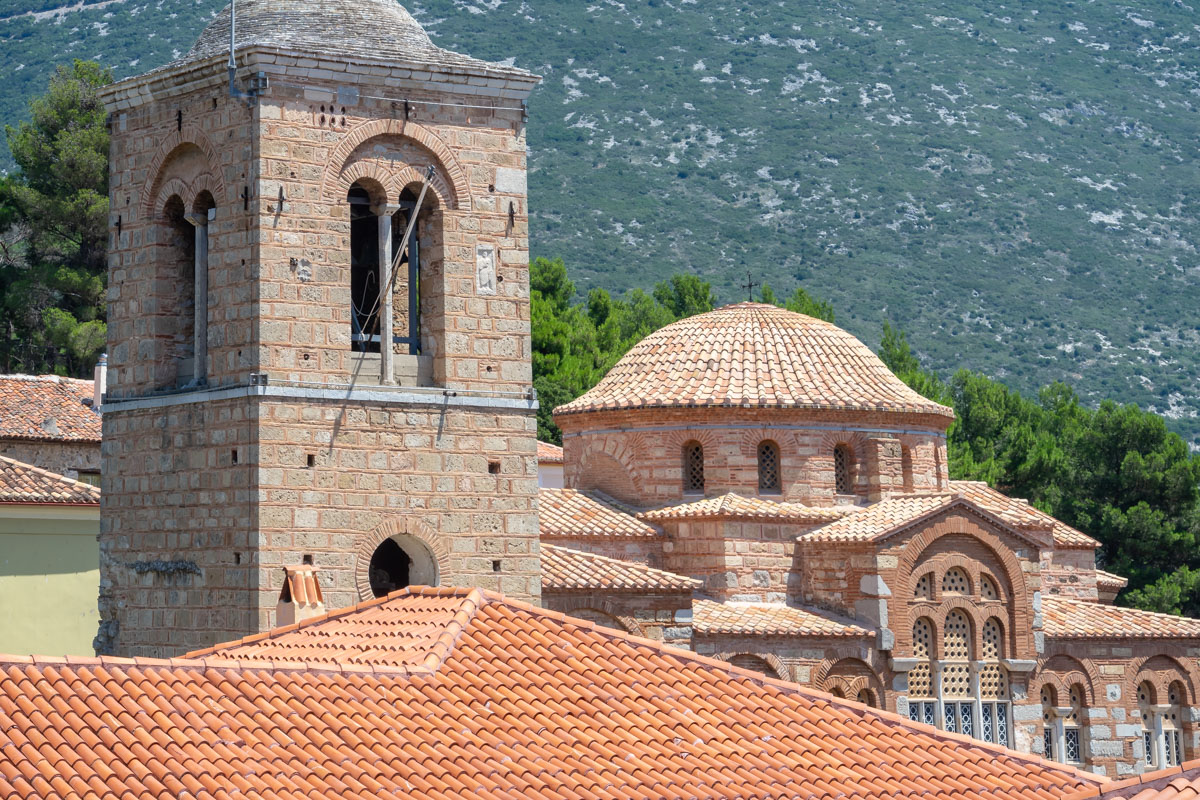 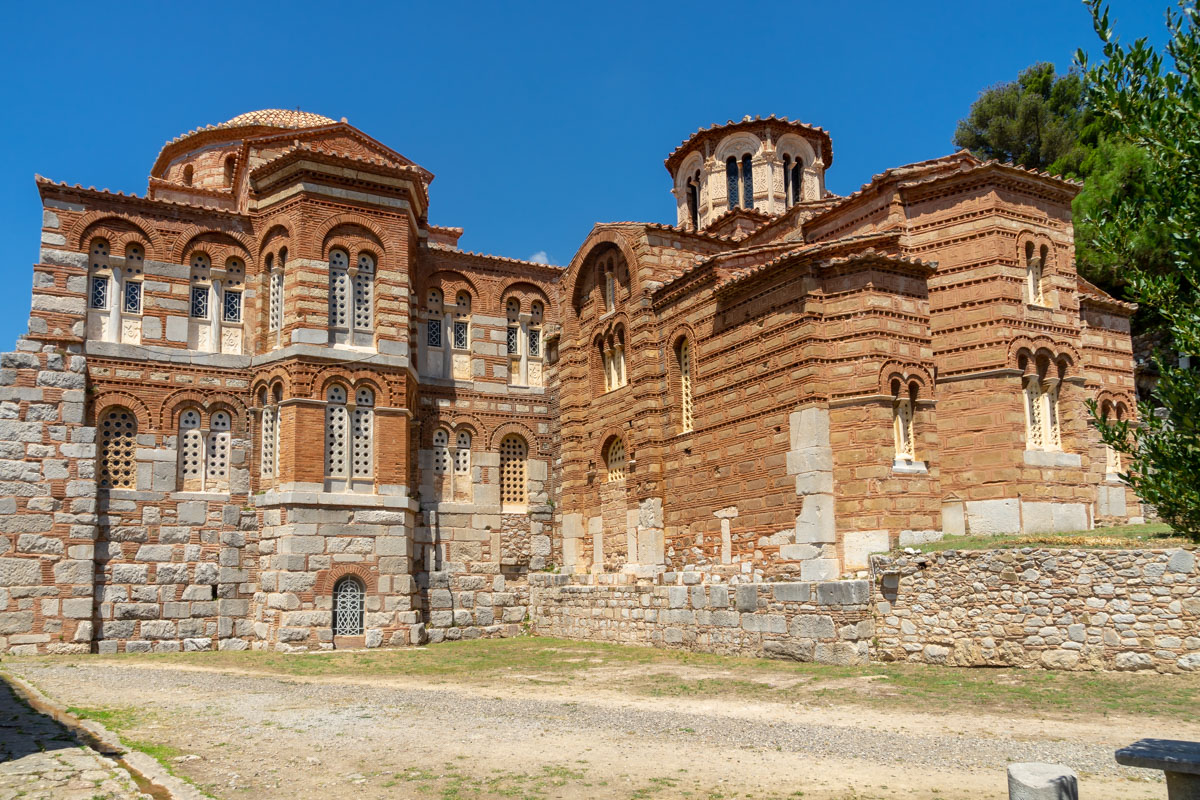 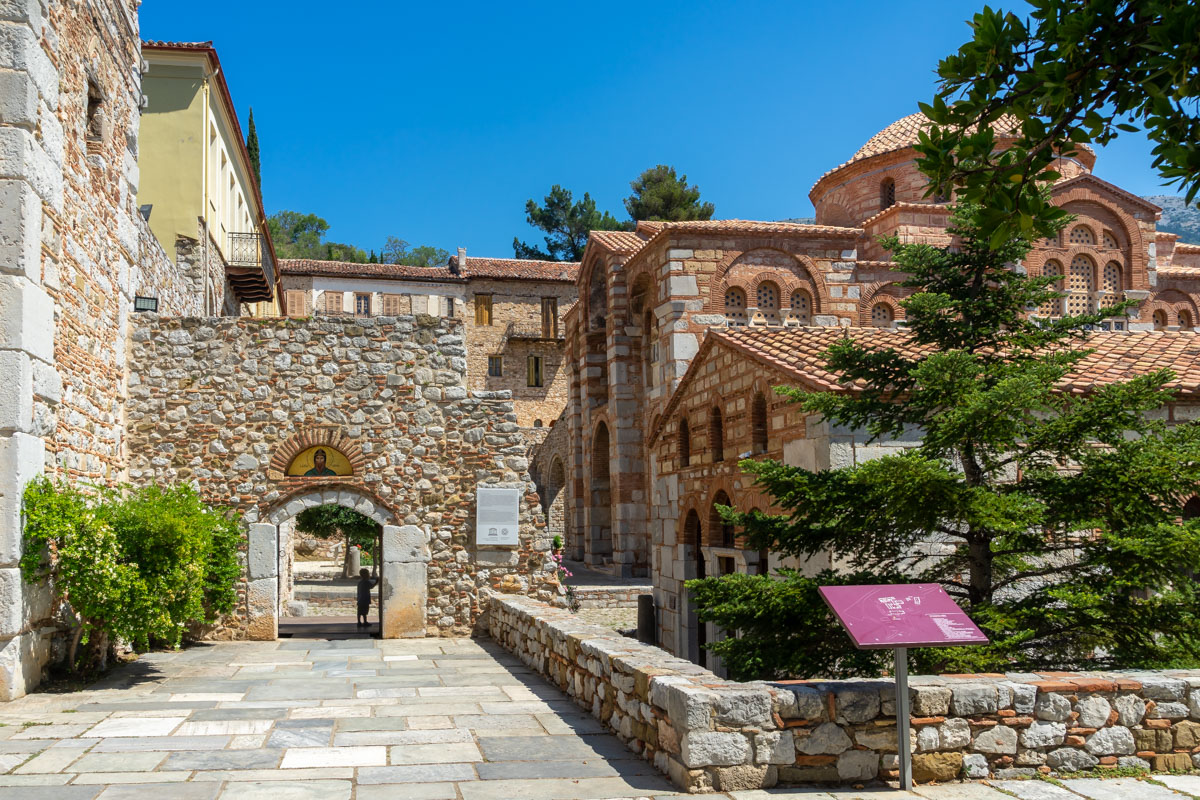 Hosios Loukas’s fame derives from the lavish decorations of its main church, the Katholikon. These mosaics, frescoes, and marble surfaces date from the 11th century, and are among the best examples of the grand church decoration during Middle Byzantine Renaissance. 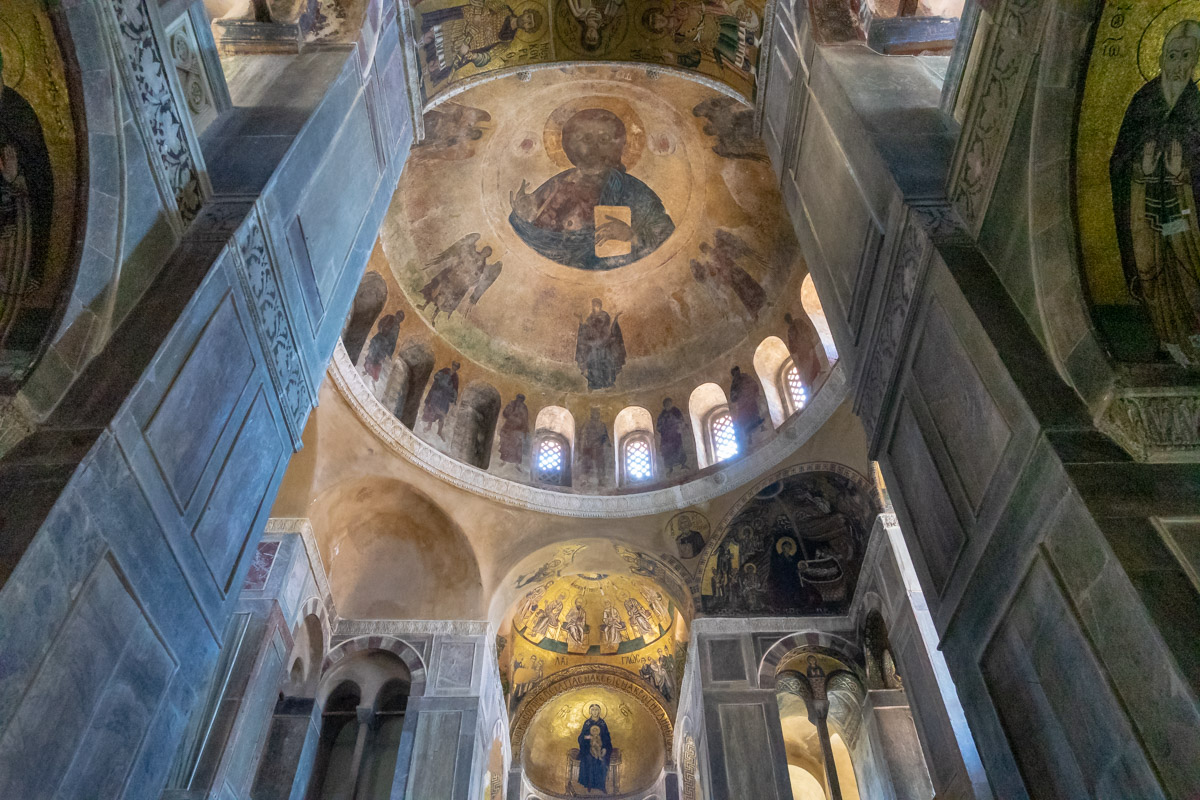 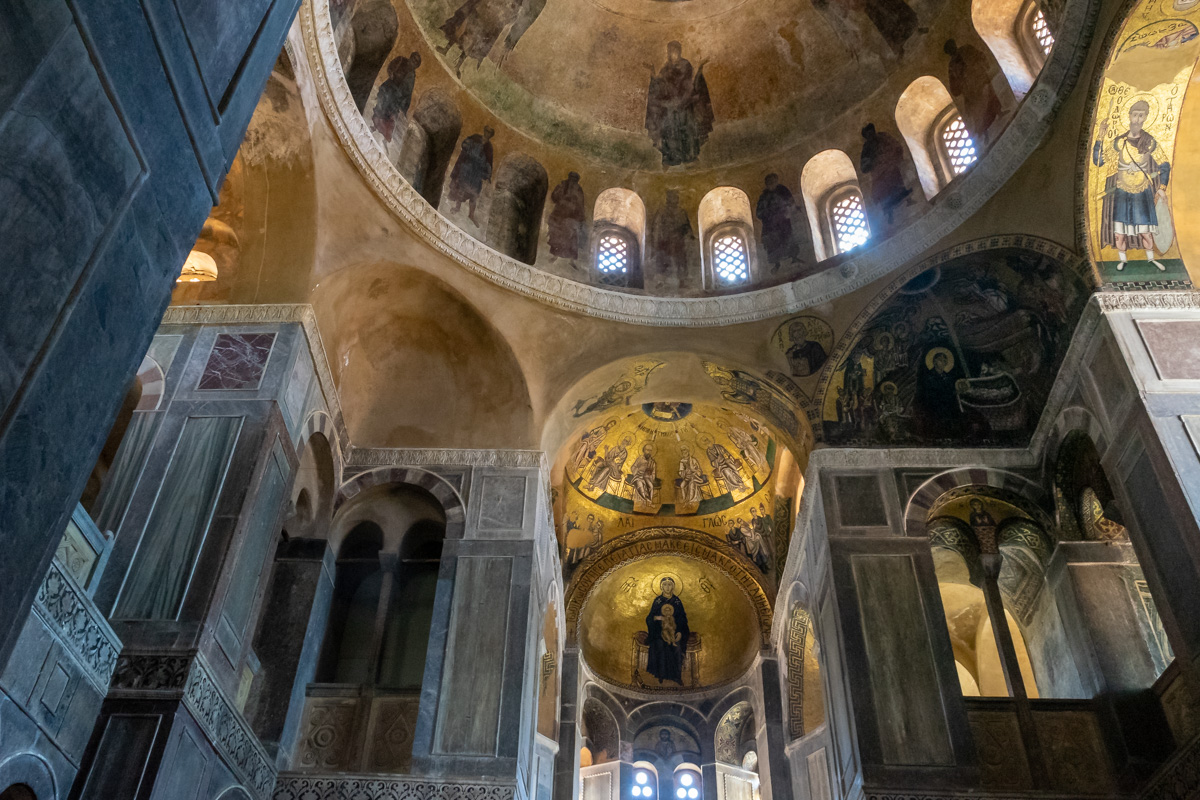 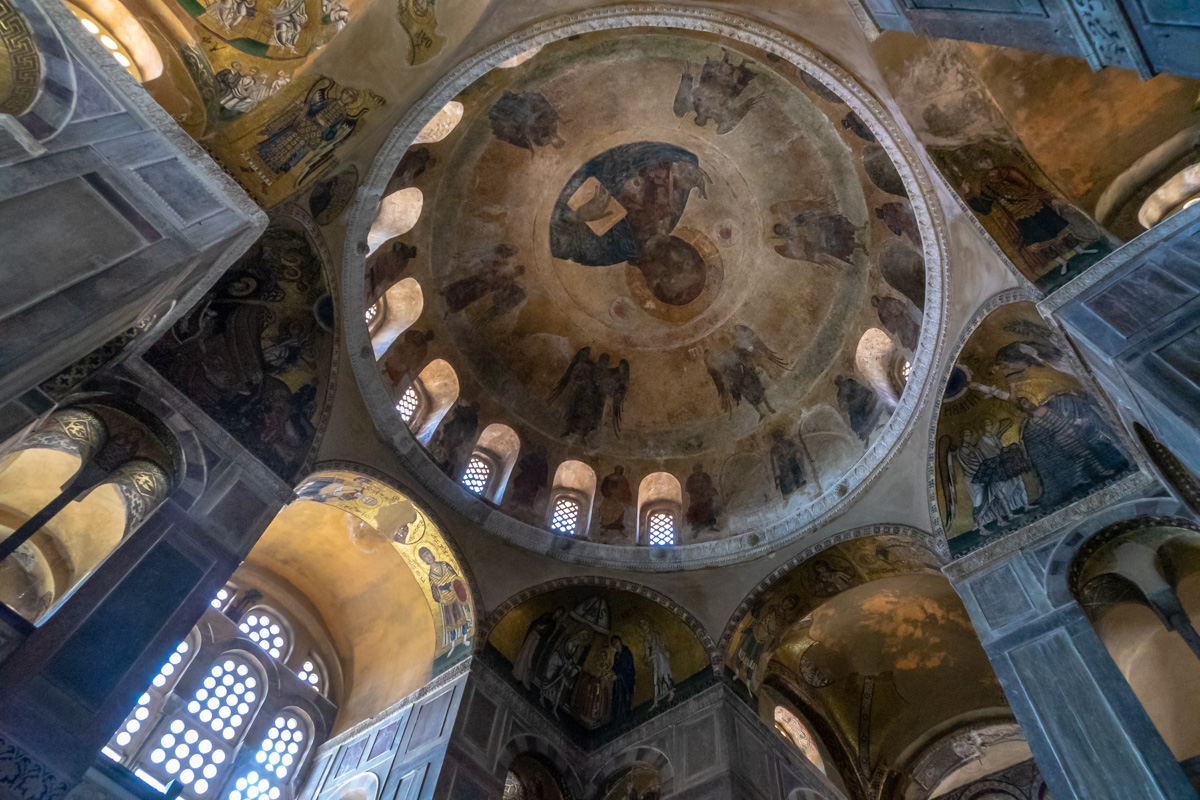 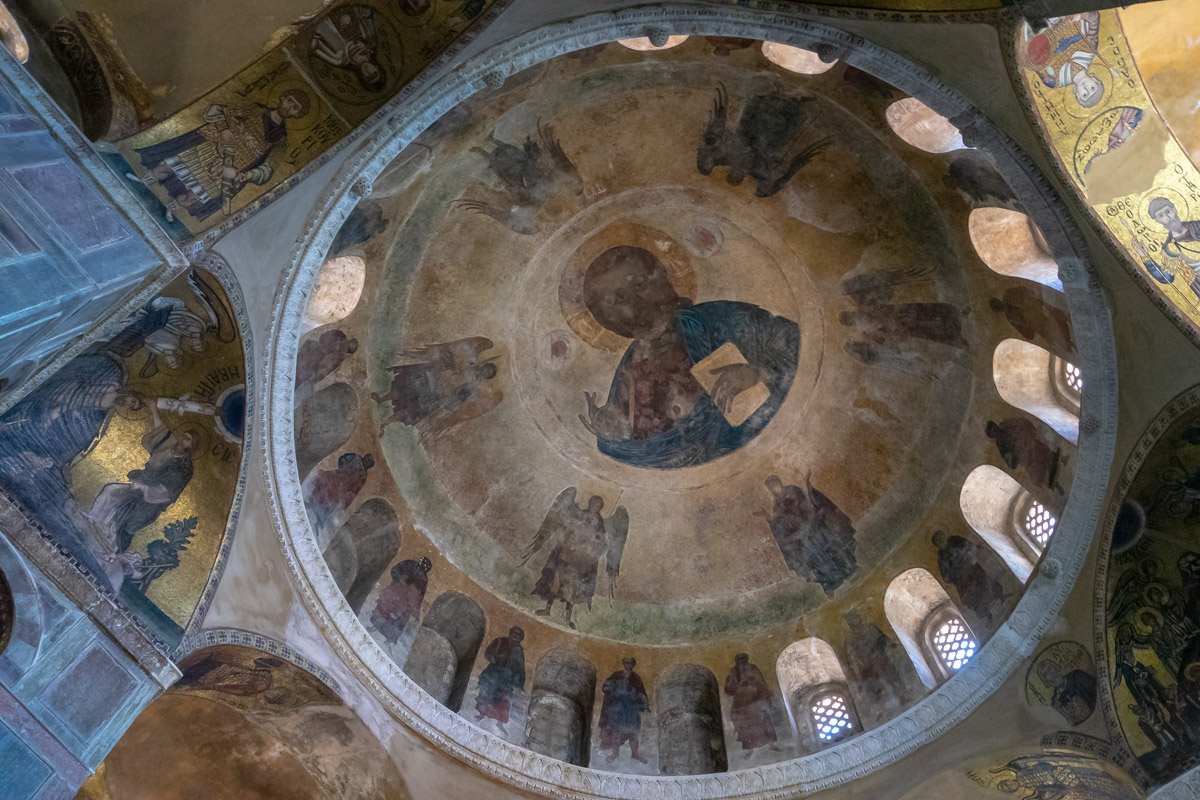 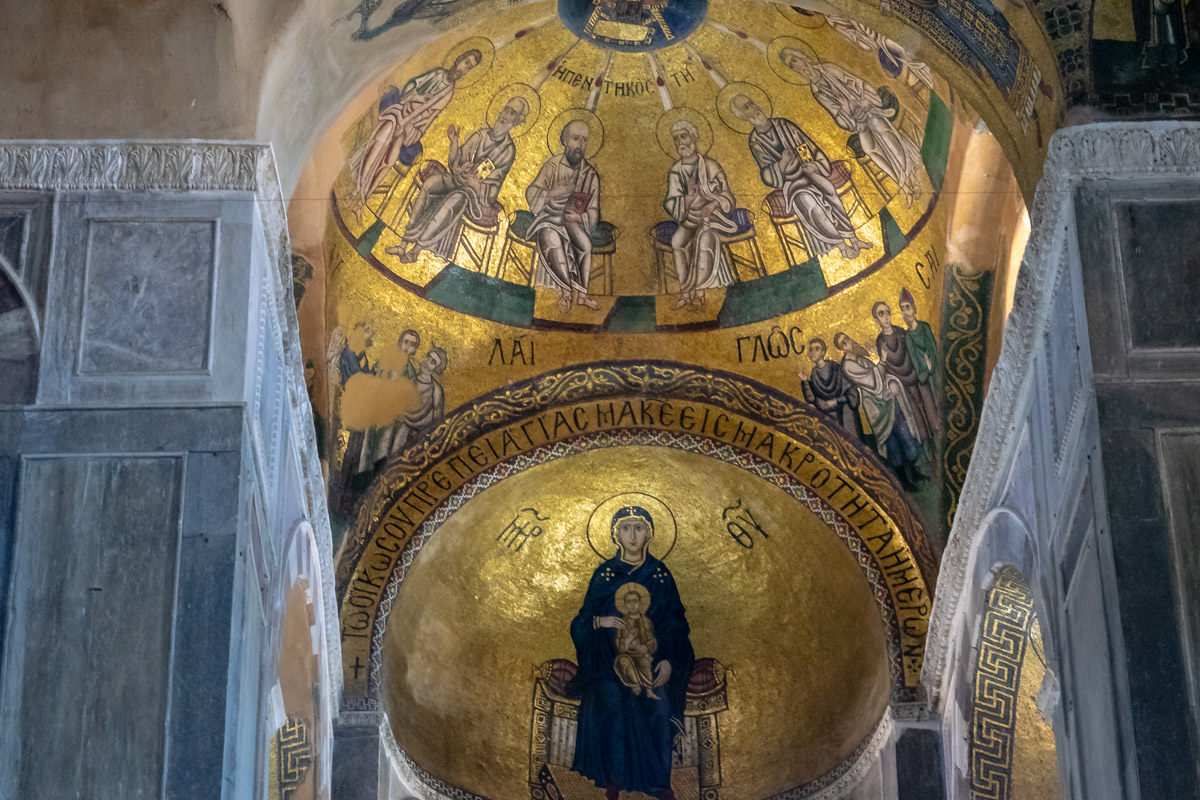 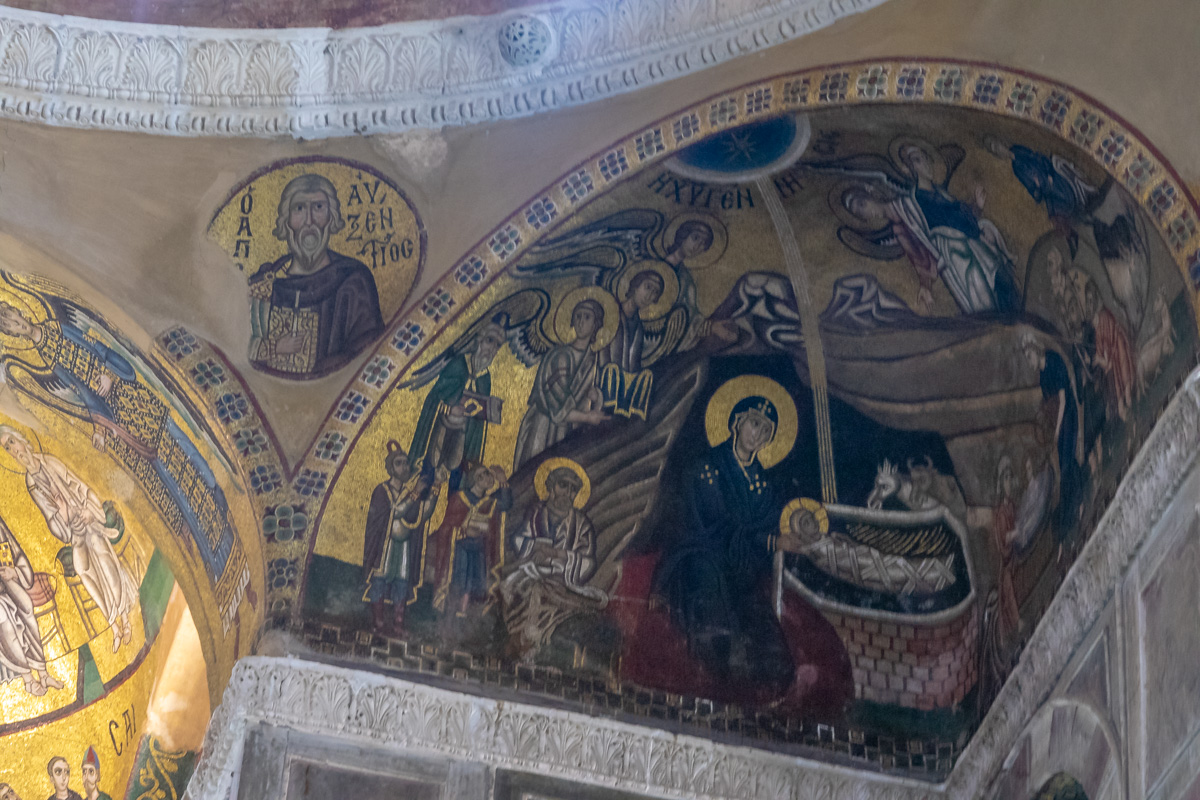 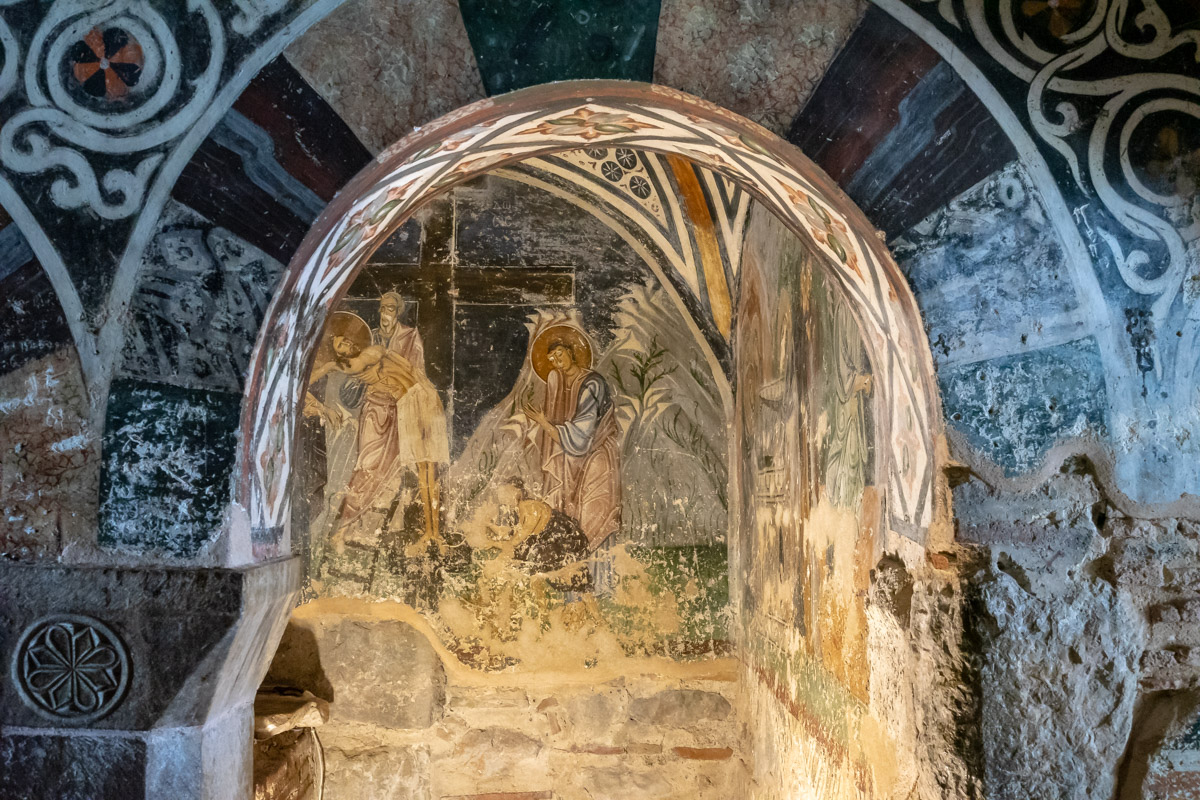 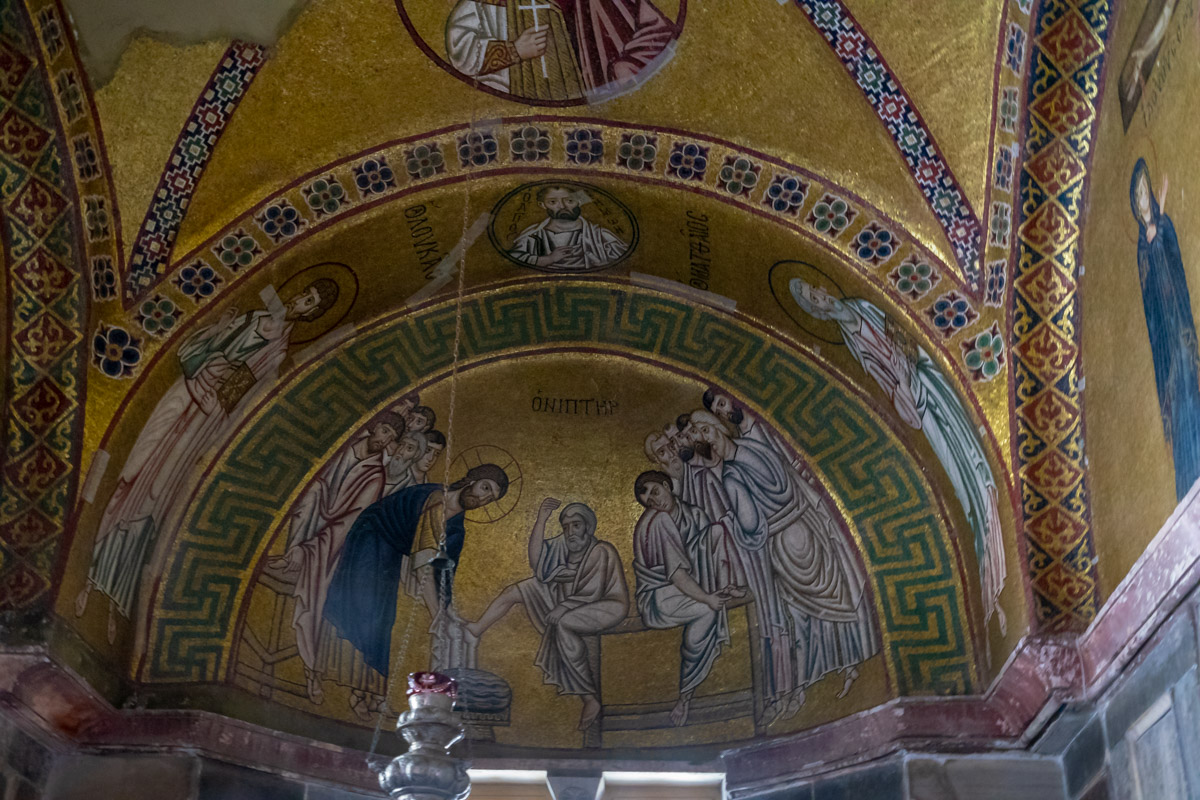 I frequently state that my secular worldview does not prevent me from admiring the beauty of religious architectural masterpieces. Hosios Loukas is undoubtedly one such masterpiece.

The crypt is painted in a different manner. 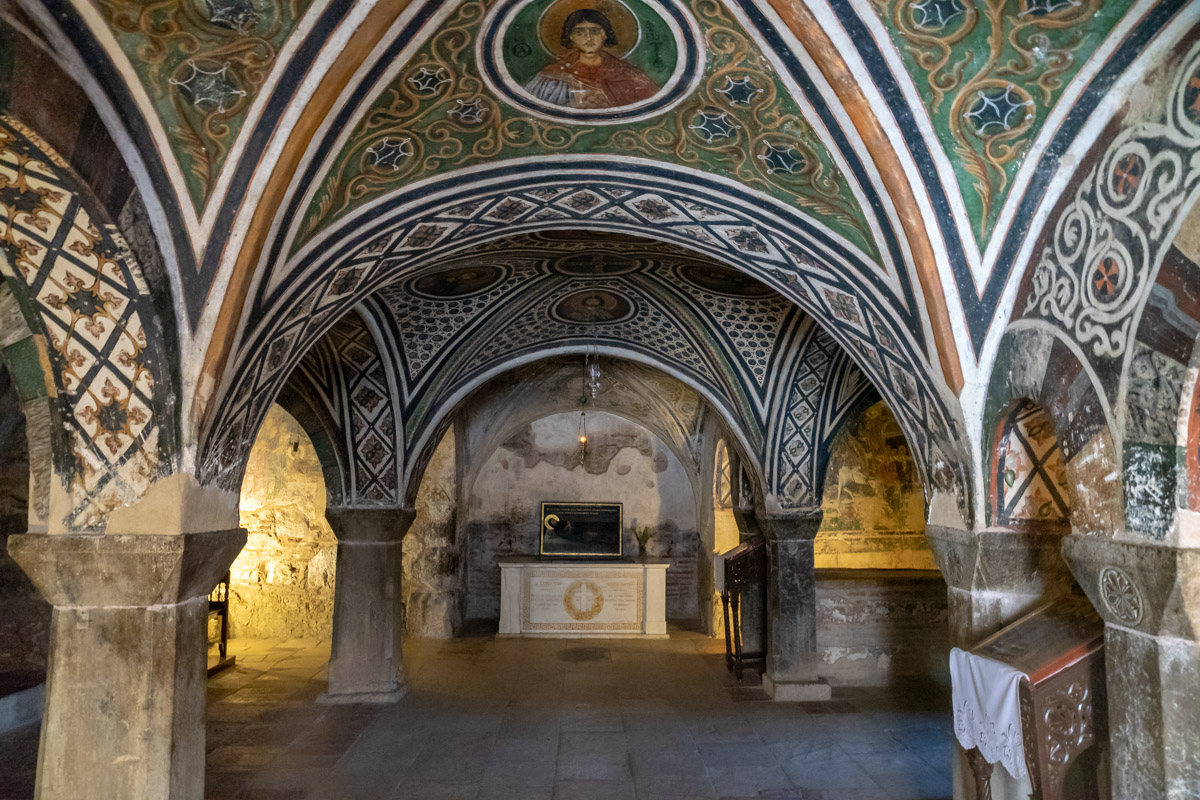 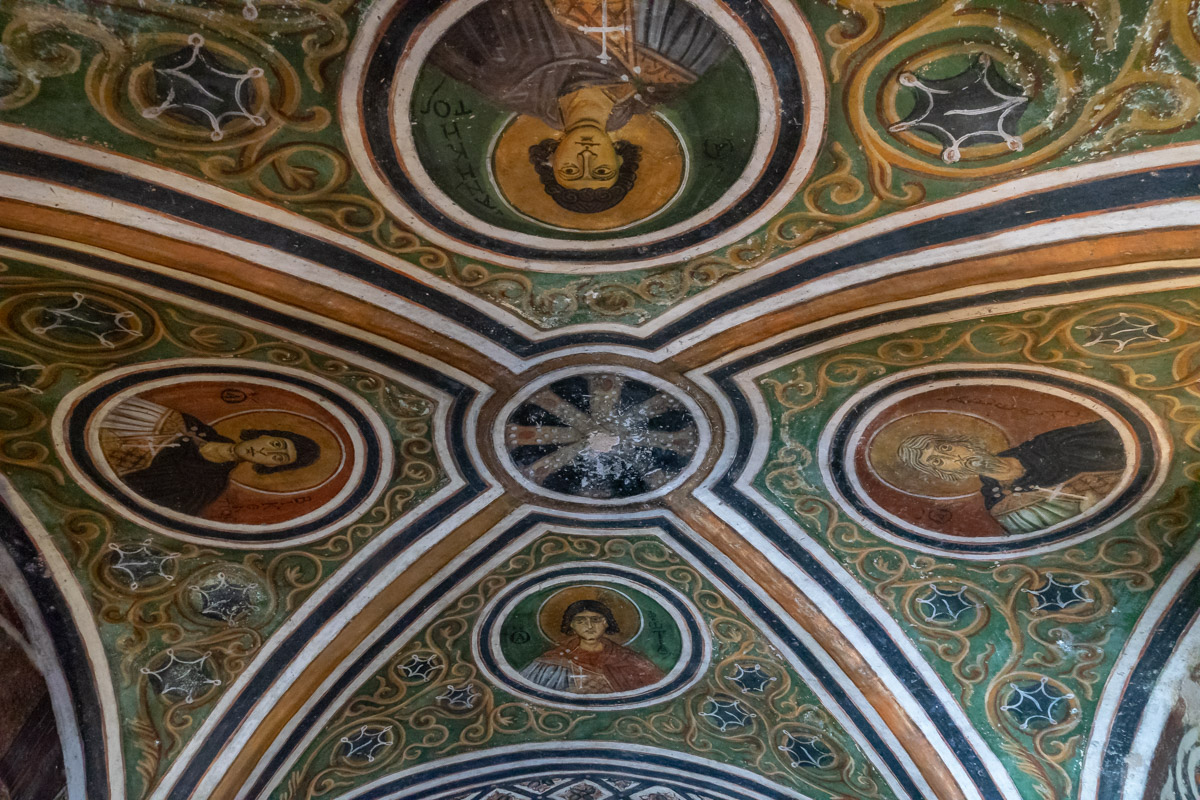 While in the monastery, you can also peruse a small archaeological collection, learn quite a lot about the history of the monastery itself, and even step into a model monk’s cell. 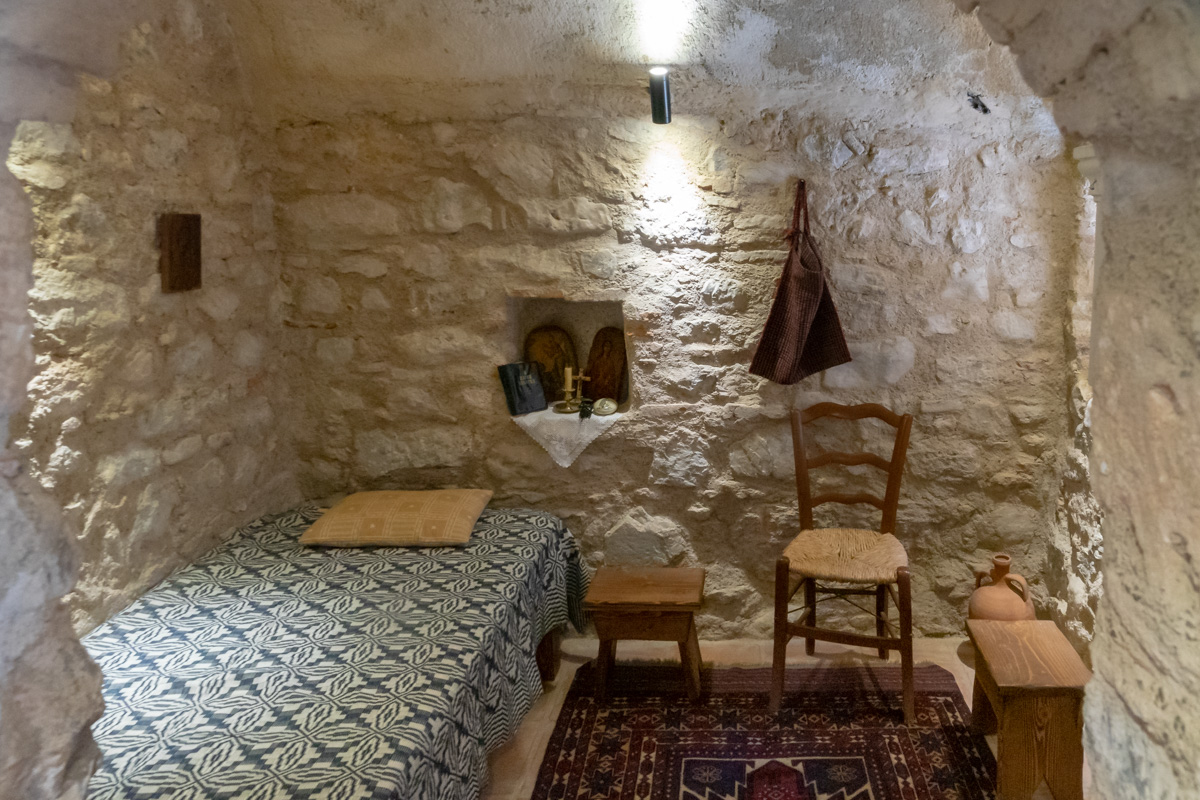 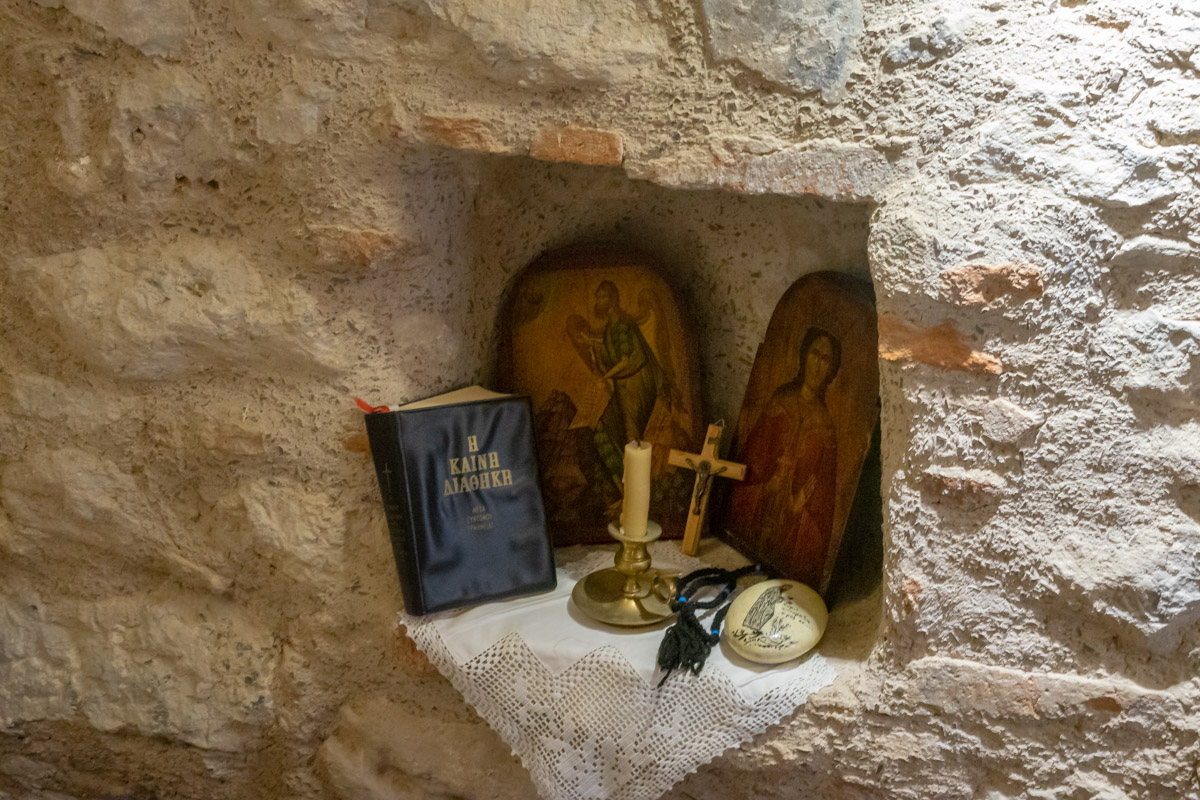 A few other fragments of the complex. 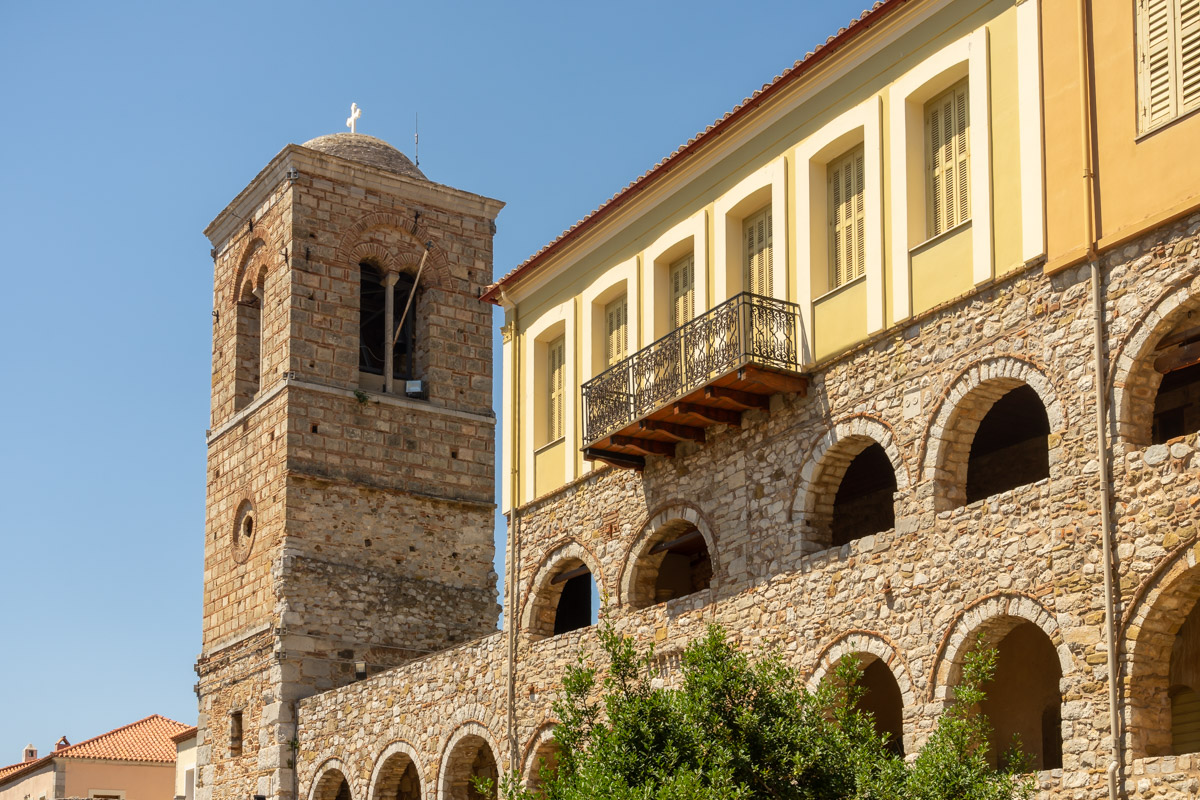 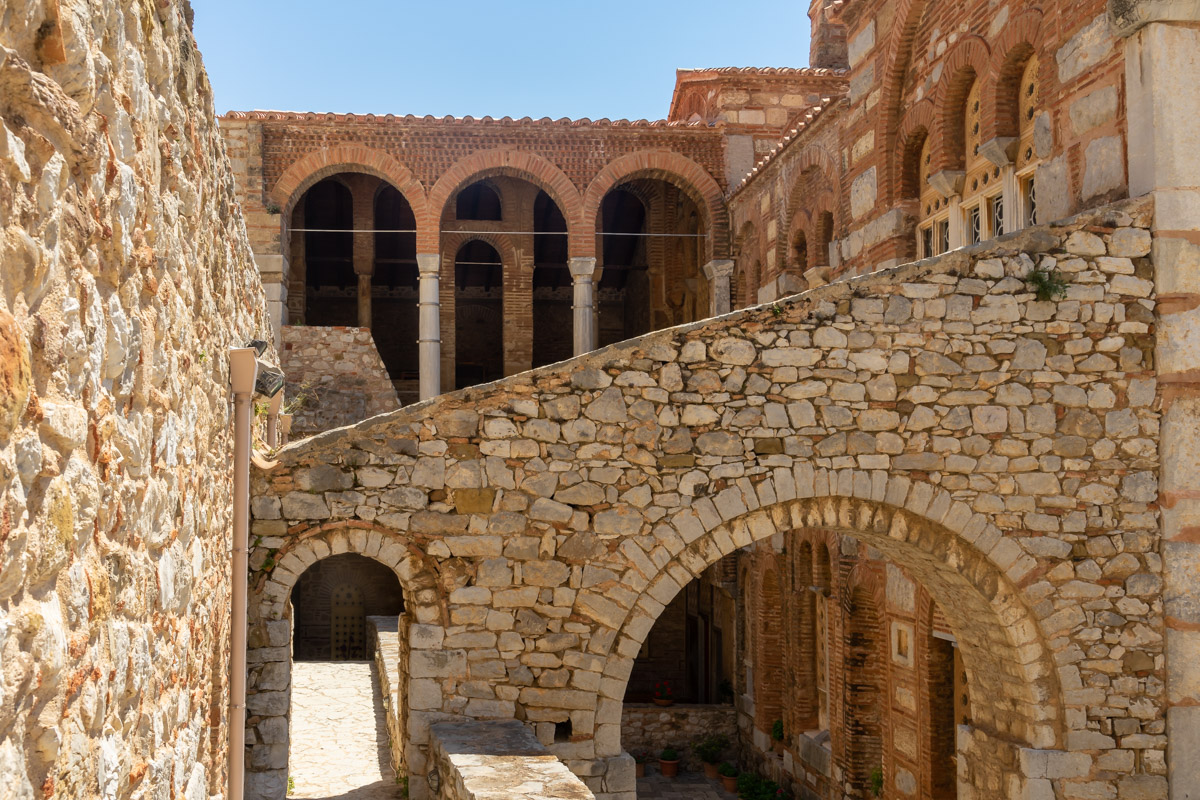 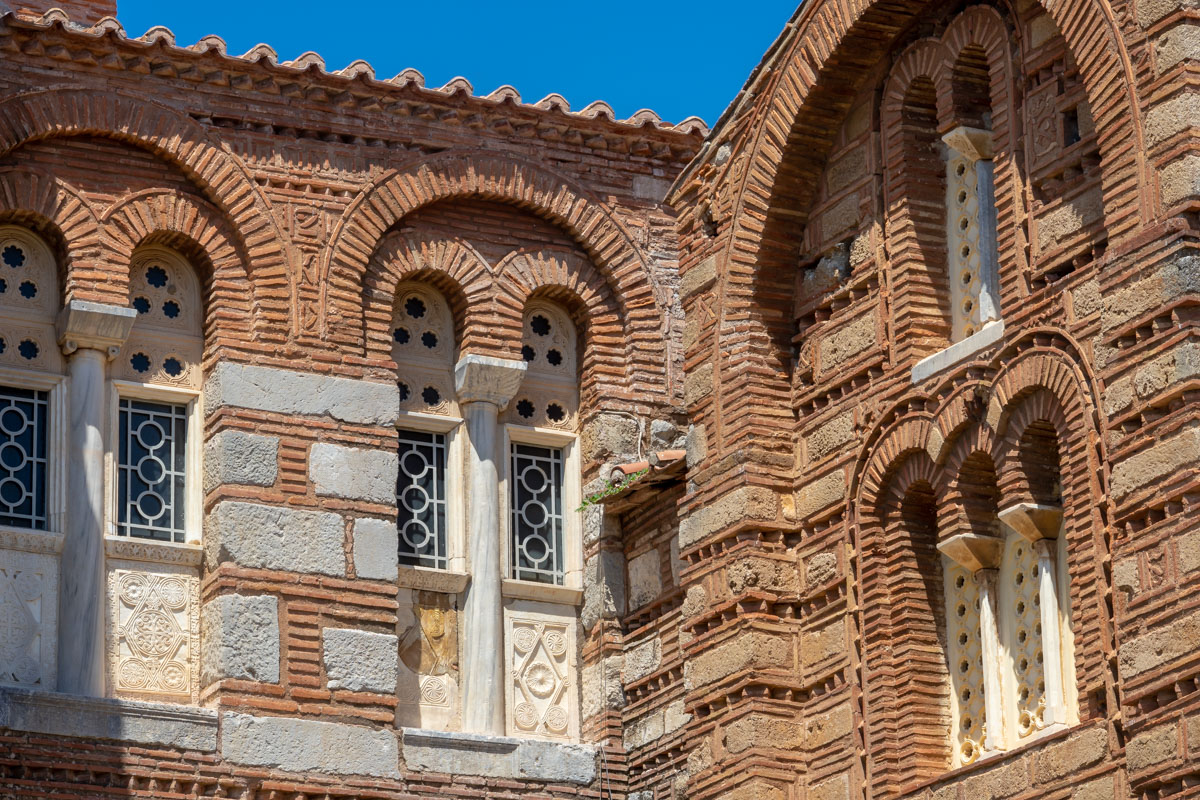 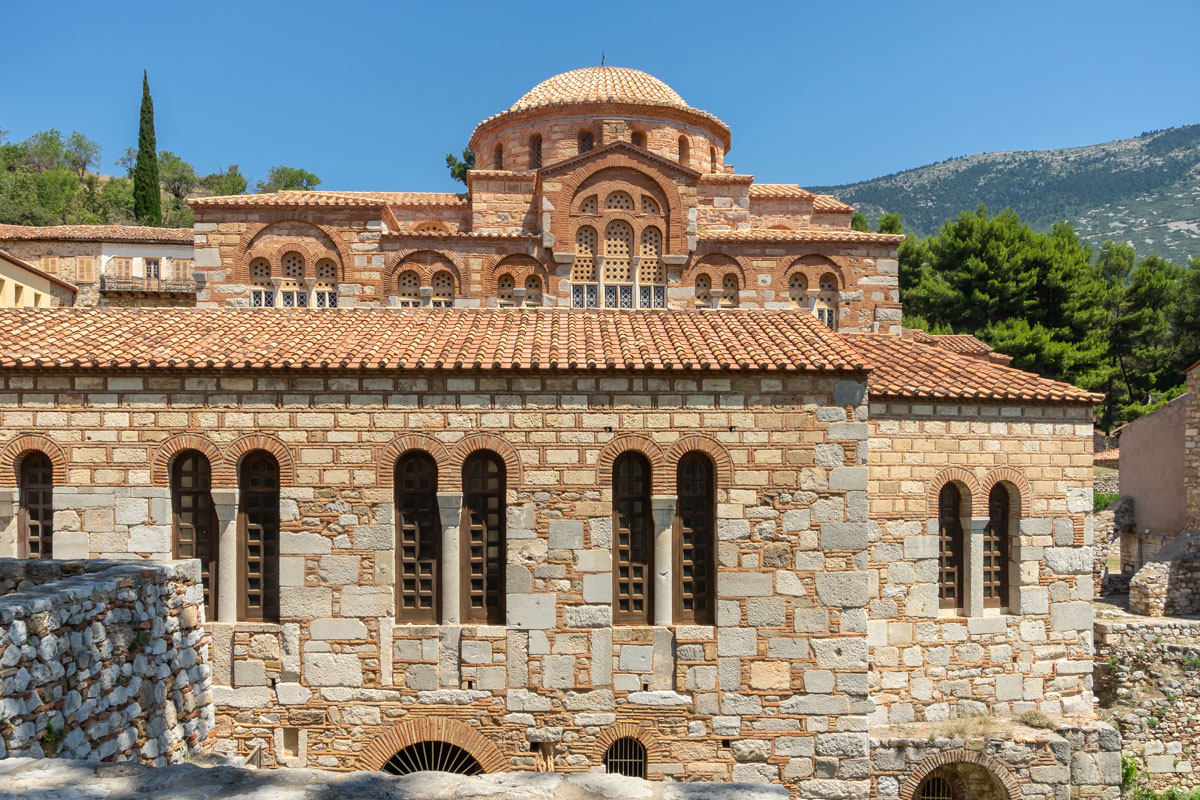 Hosios Loukas Monastery is located a little bit over 2 hours drive northwest from Athens in the administrative region of Central Greece. Delphi is about further half an hour drive northwest, lending to a multi-faceted combo visit. An hour to an hour and a half should be sufficient time for exploring the monastery, although there are hiking paths on the mountain around it and a nice shaded terrace next to it that could extend the visit.

It should be noted that Monastery of Daphni, another of the three properties grouped in this site, is located right at the edge of Athens, accessible by public transport (less than 40 minutes from the center of the city). We drove by it on both occasions of taking day-trips from Athens, but could not fit a reasonably-timed stop into our schedule.