It may sound unexpected coming from yours truly, but if there was a day that stood out on our two-weeks-plus-long trip to Greece, it was in a sense the laziest day on the itinerary. For the last full day of our stay on Naxos, we penciled in a day-long boating excursion around the island. There were no targeted destinations and no sightseeing in the conventional sense; just getting on a boat barefoot and wearing swimsuits, and letting the captain take us to wonderful secluded coves for dips in the brilliantly blue sea.

The captain did a smashing job, by the way! 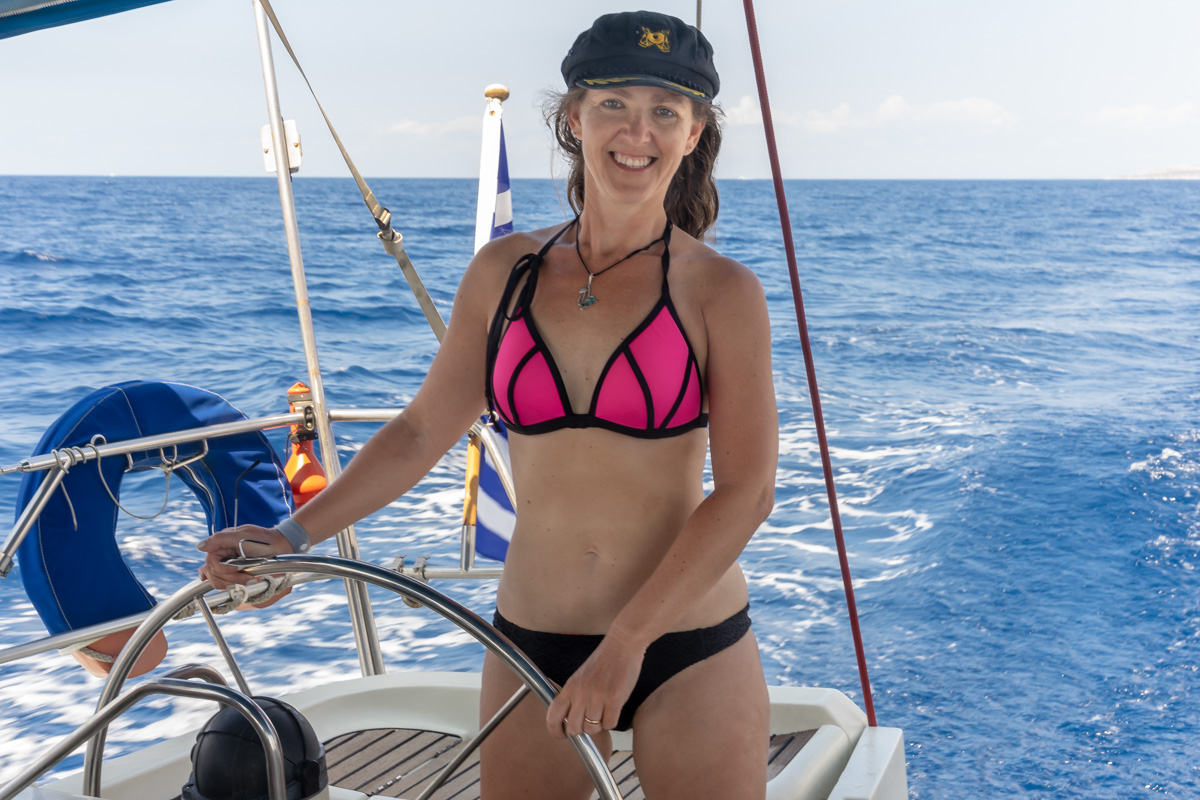 Ah, yes, that is not the captain. Here he is in the shot below. 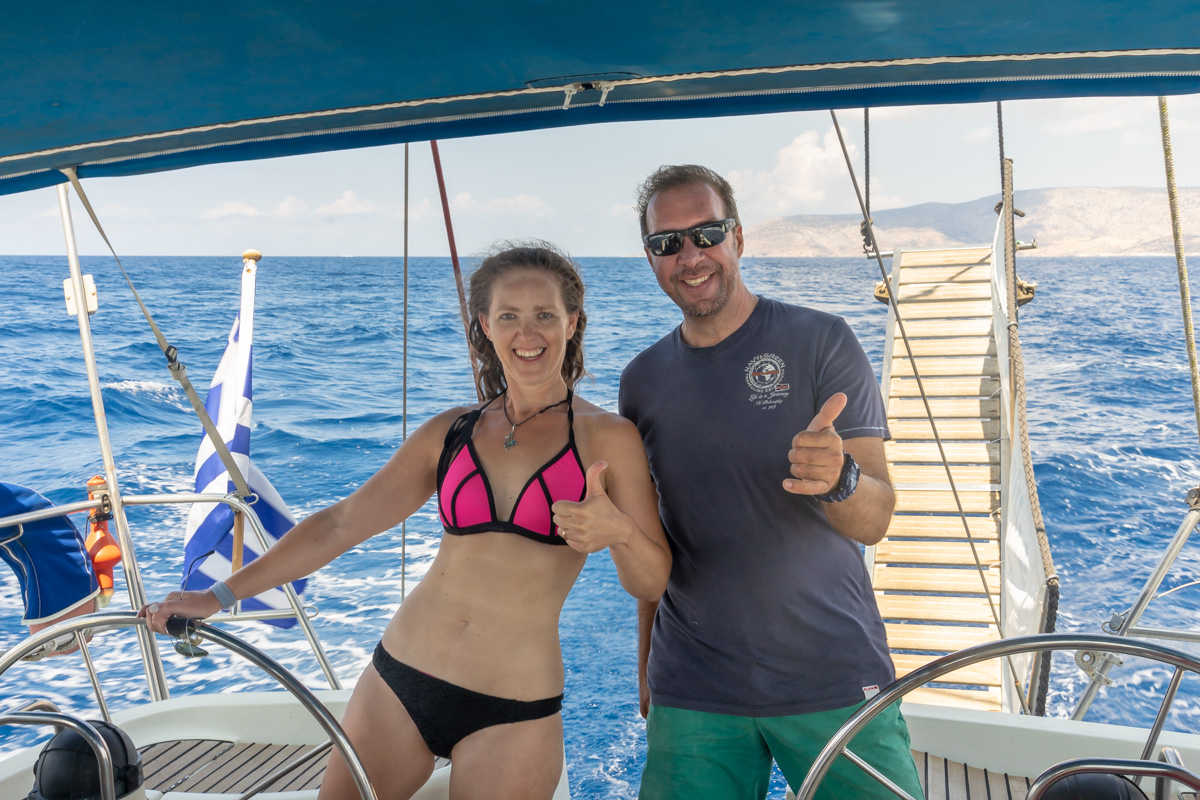 Any superlatives I could use to describe the sailing would be inadequate. The captain and his two helpers – who played the parts of both stewards and sailors – made everyone feel welcome and relaxed, and the experience supremely enjoyable. 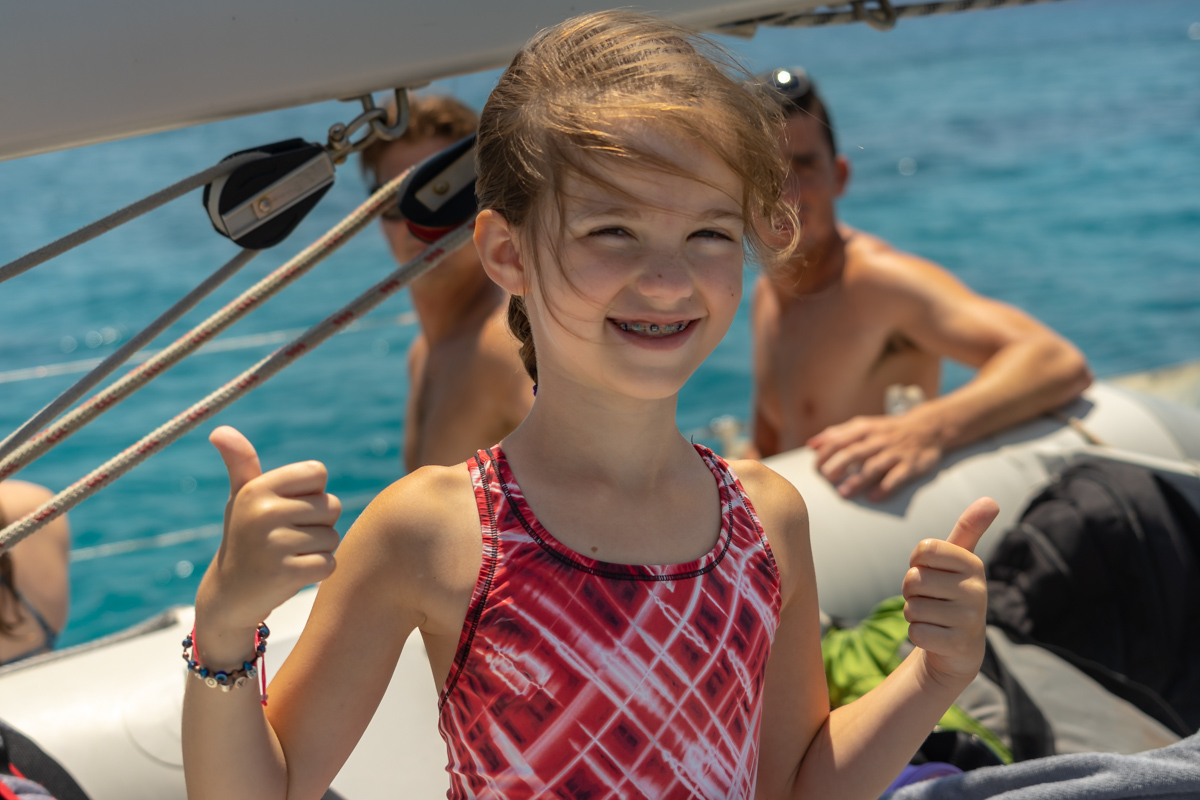 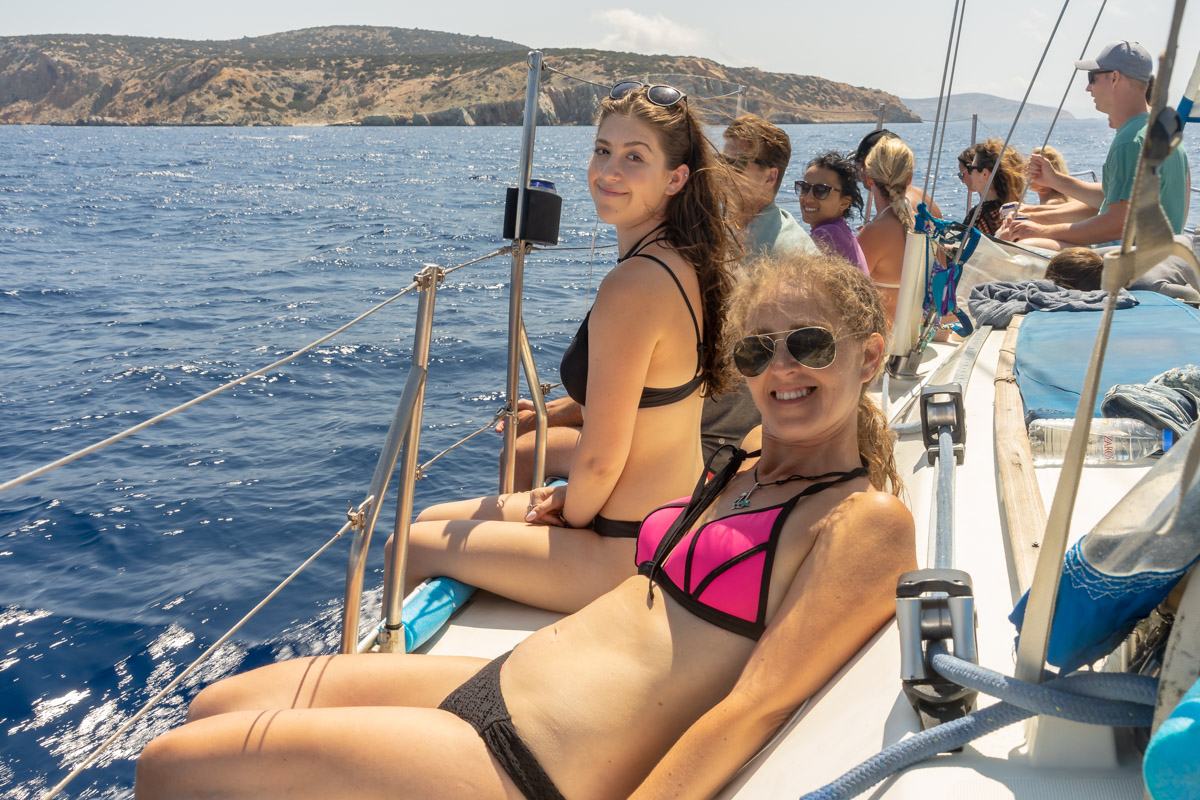 The boat sailed down the western coast of Naxos and to the two Koufonisia islands to the south. It made several stops for swimming, including one where we swam into a large cave, and one big stop for lunch which included a bit of beach time.

The first stop was in a cove hosting its own tiny chapel. 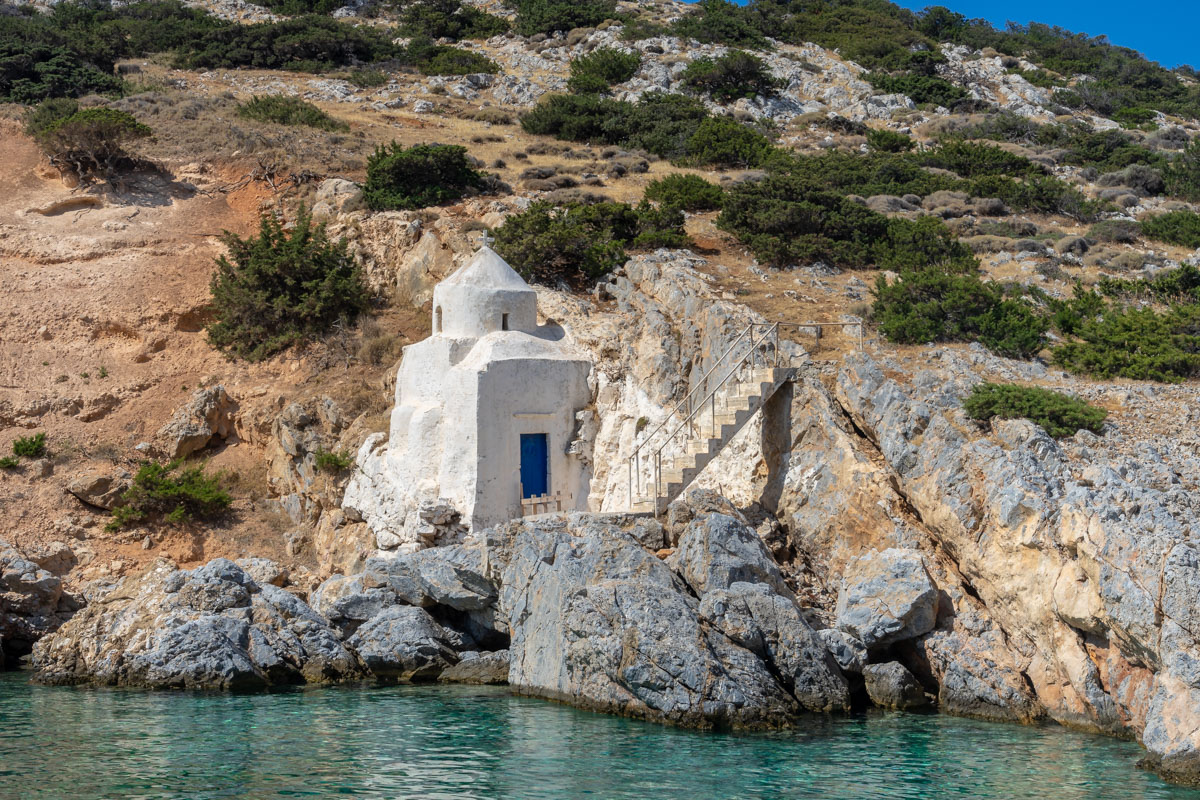 Here and later on, the water at each stop ran incredible spectrum of green-to-indigo blue. 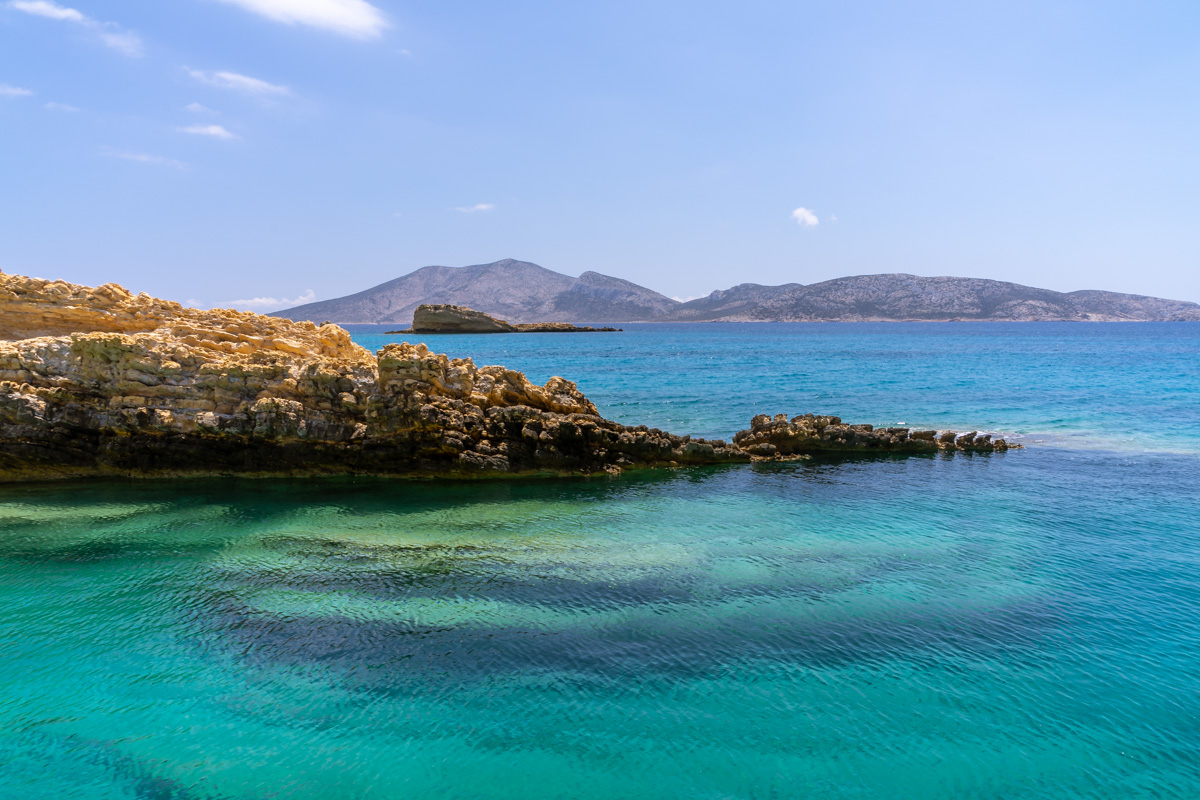 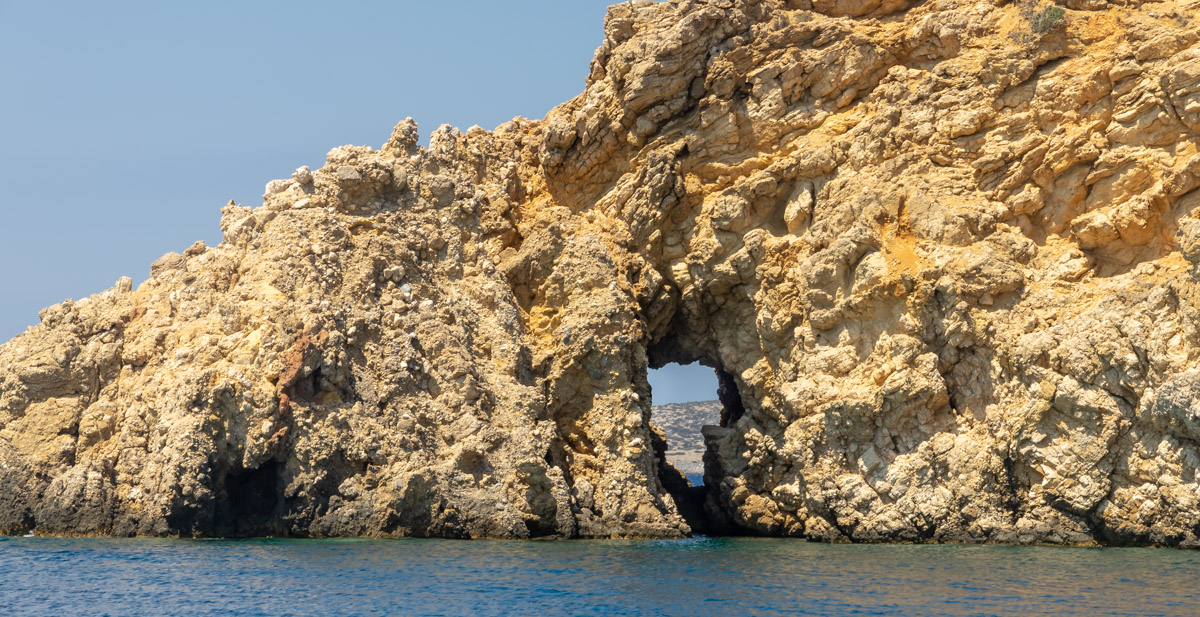 The coastline looked very sparsely populated – there are barely 400 residents on Koufonisia – but not completely devoid of structures or people. 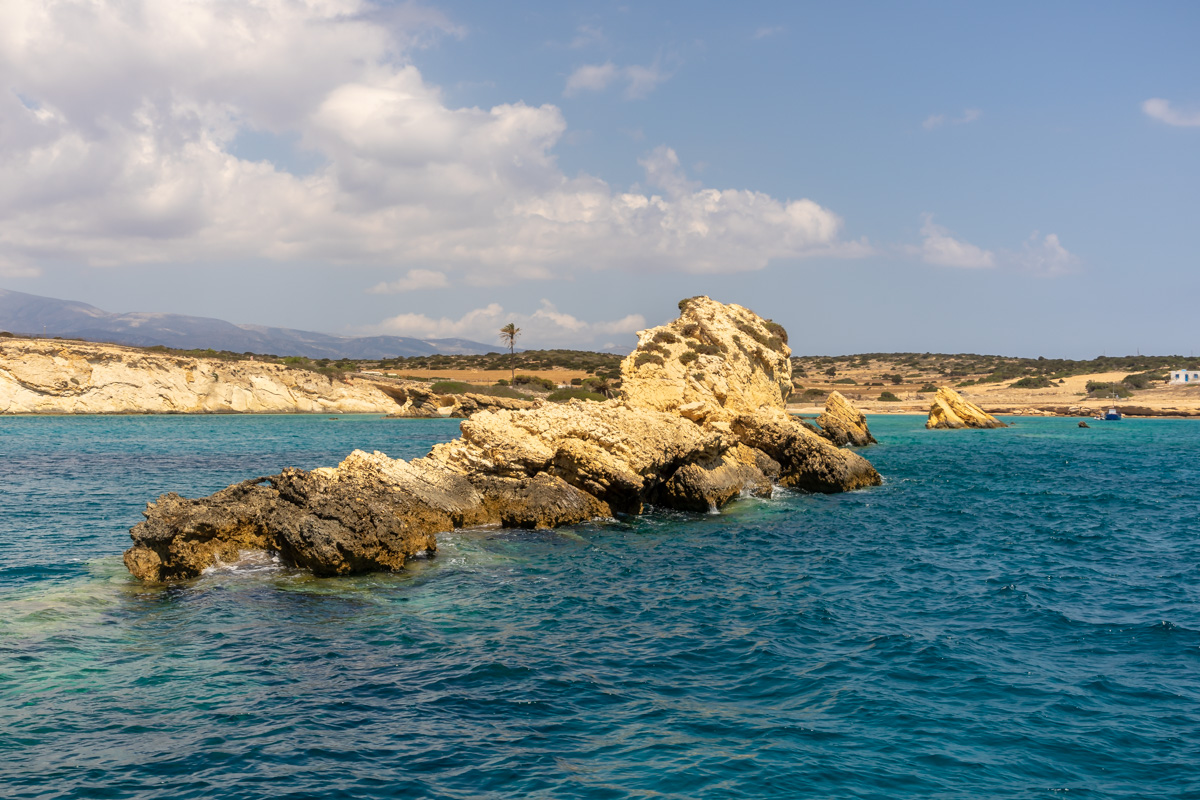 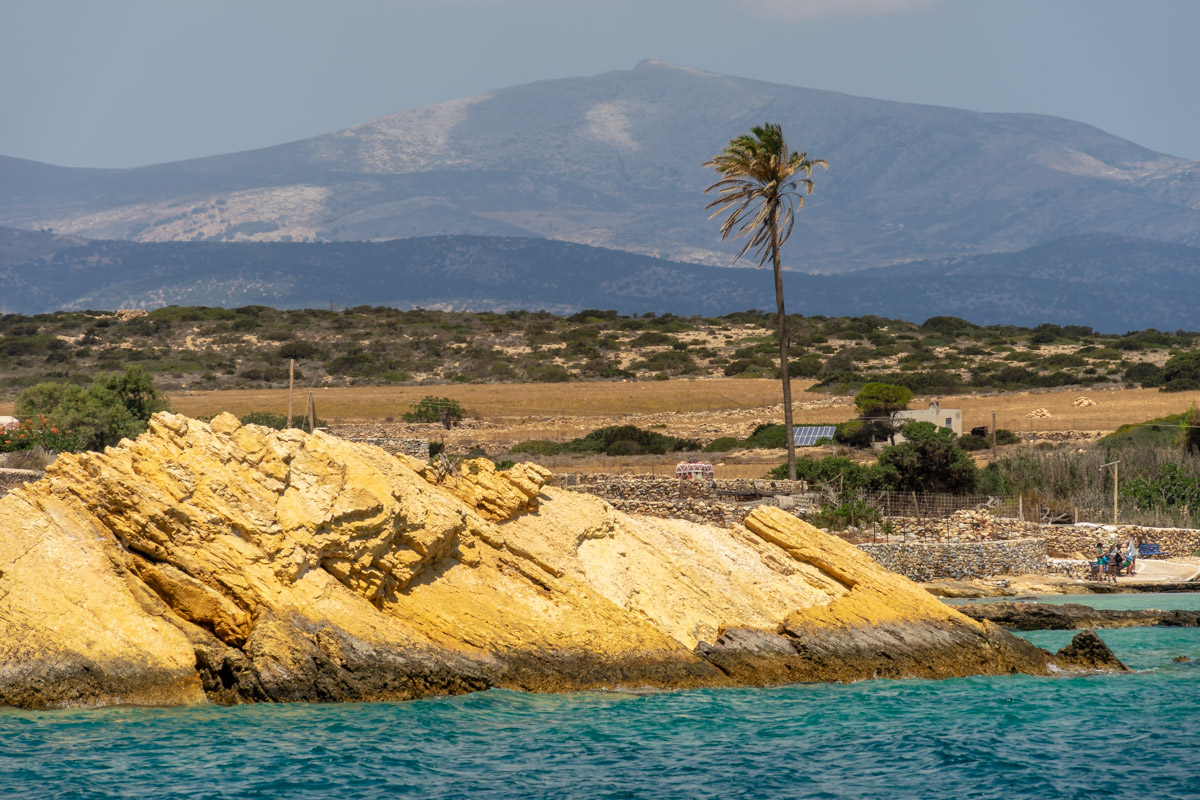 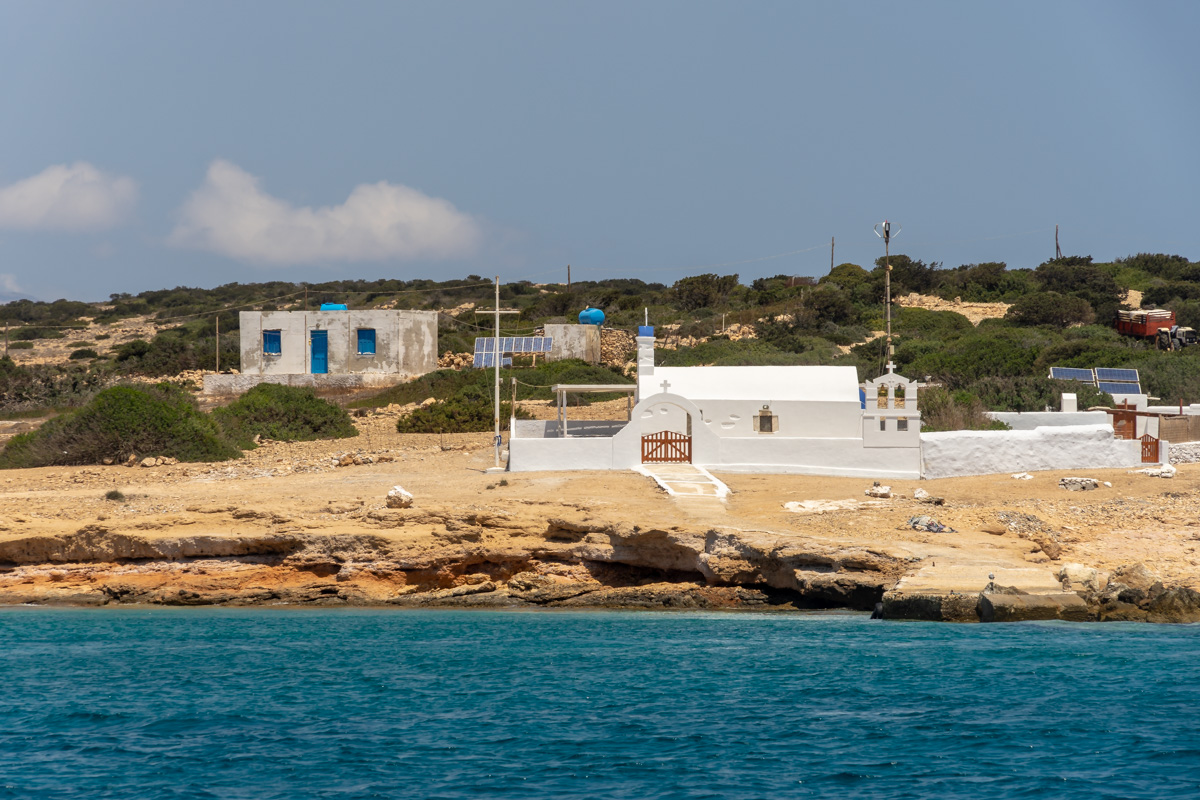 These rock formations in the Castelli Bay off Kato Koufonisia were very impressive to glide around on the boat. 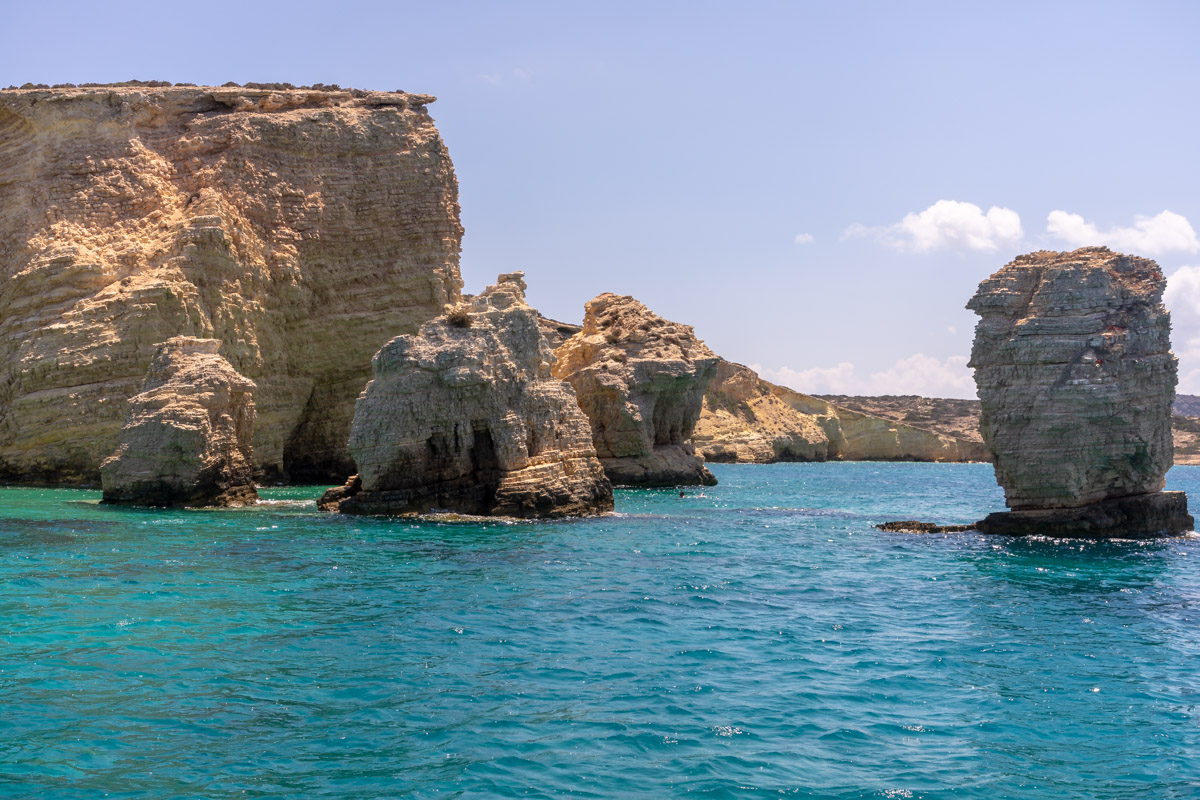 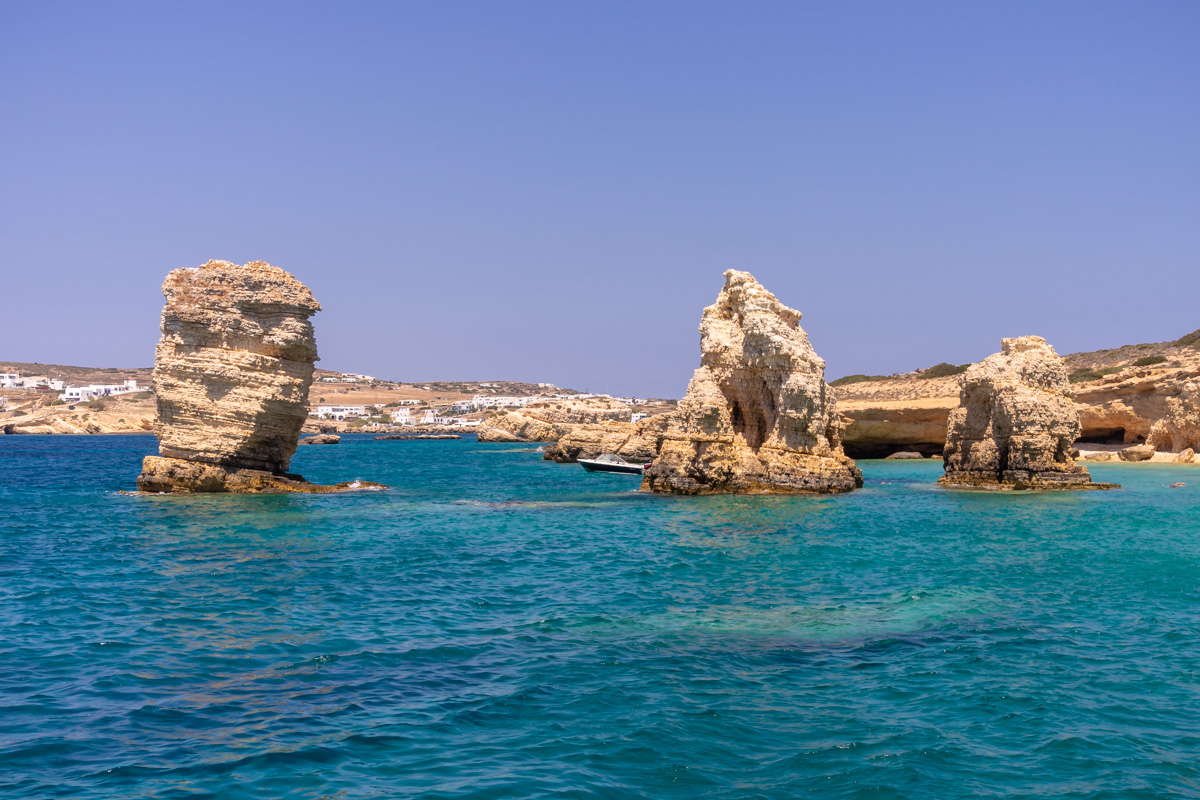 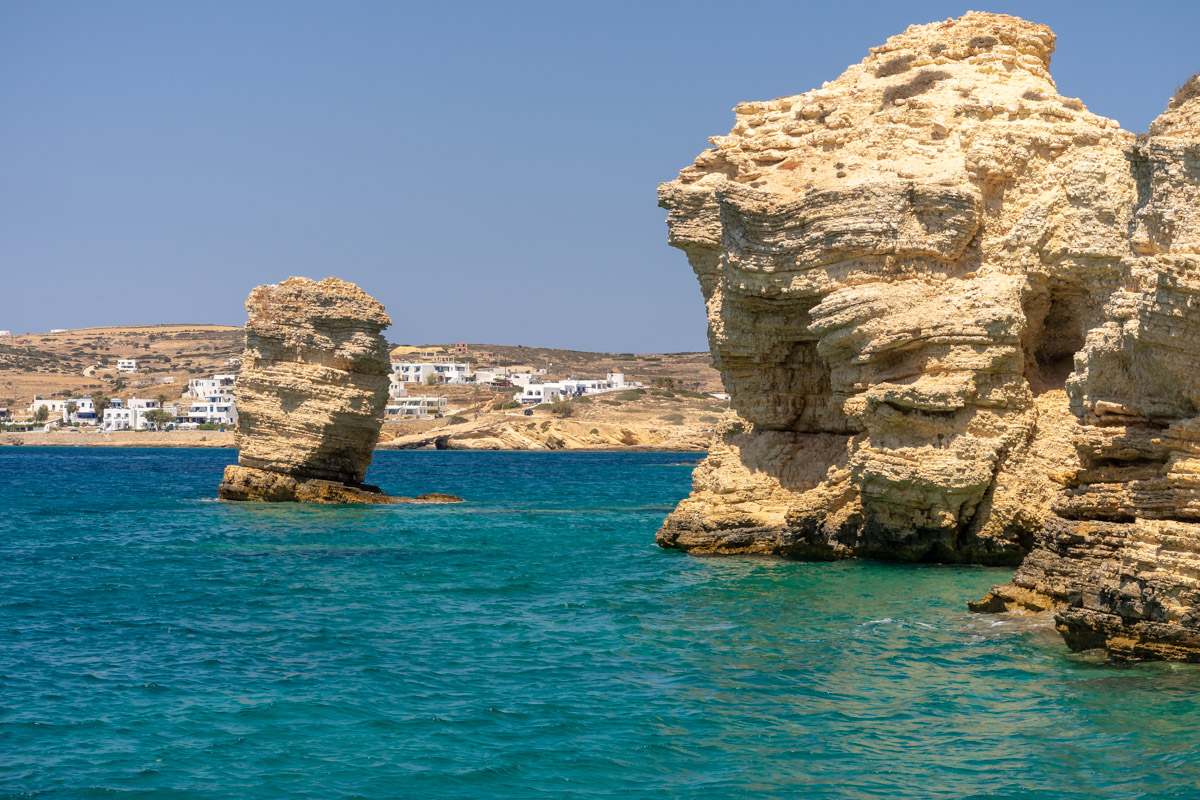 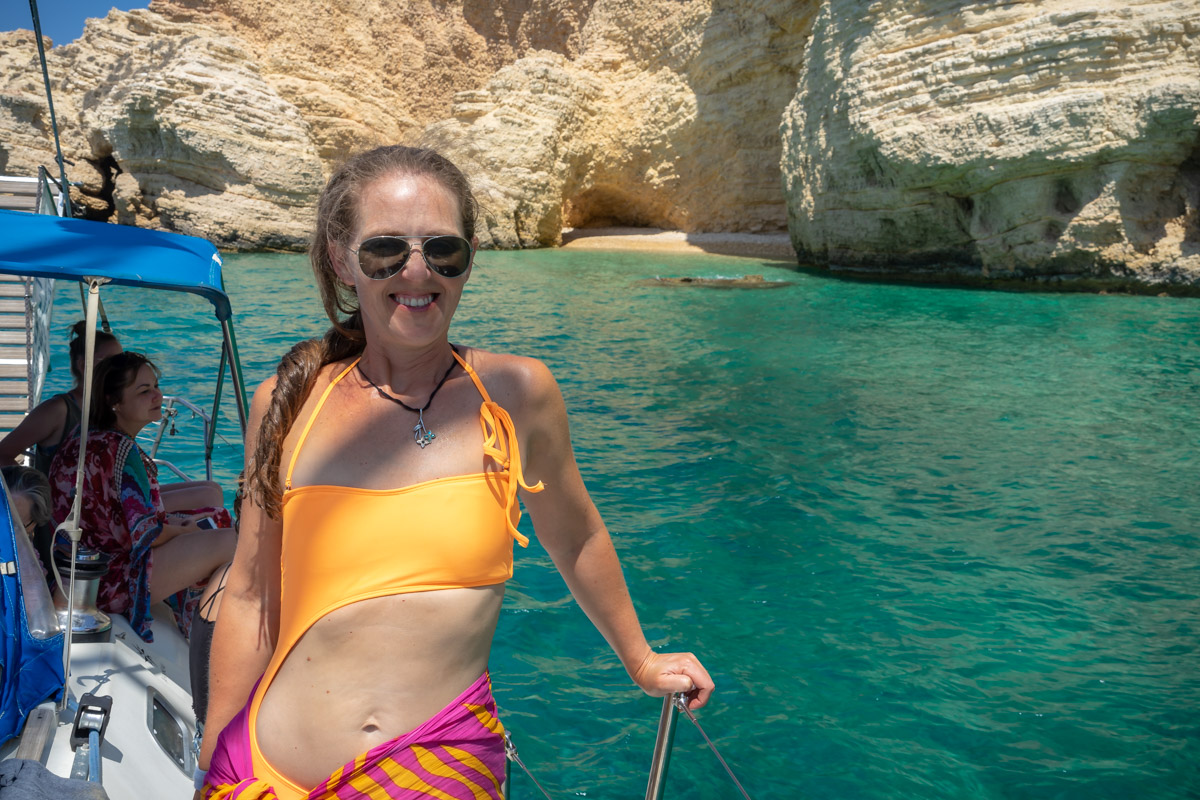 In between stops, we enjoyed the flight of the vessel while sunbathing, keeping pleasant conversation with the crew and the fellow passengers, or simply contemplating the waves. 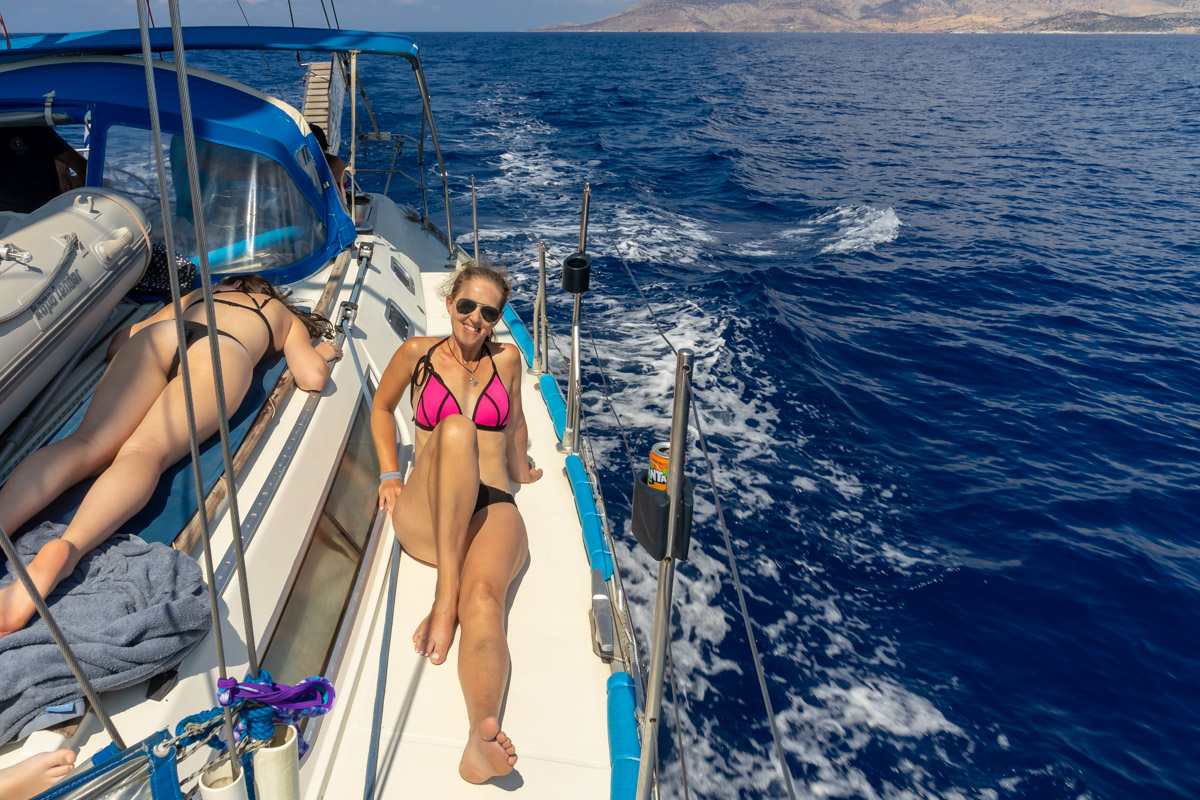 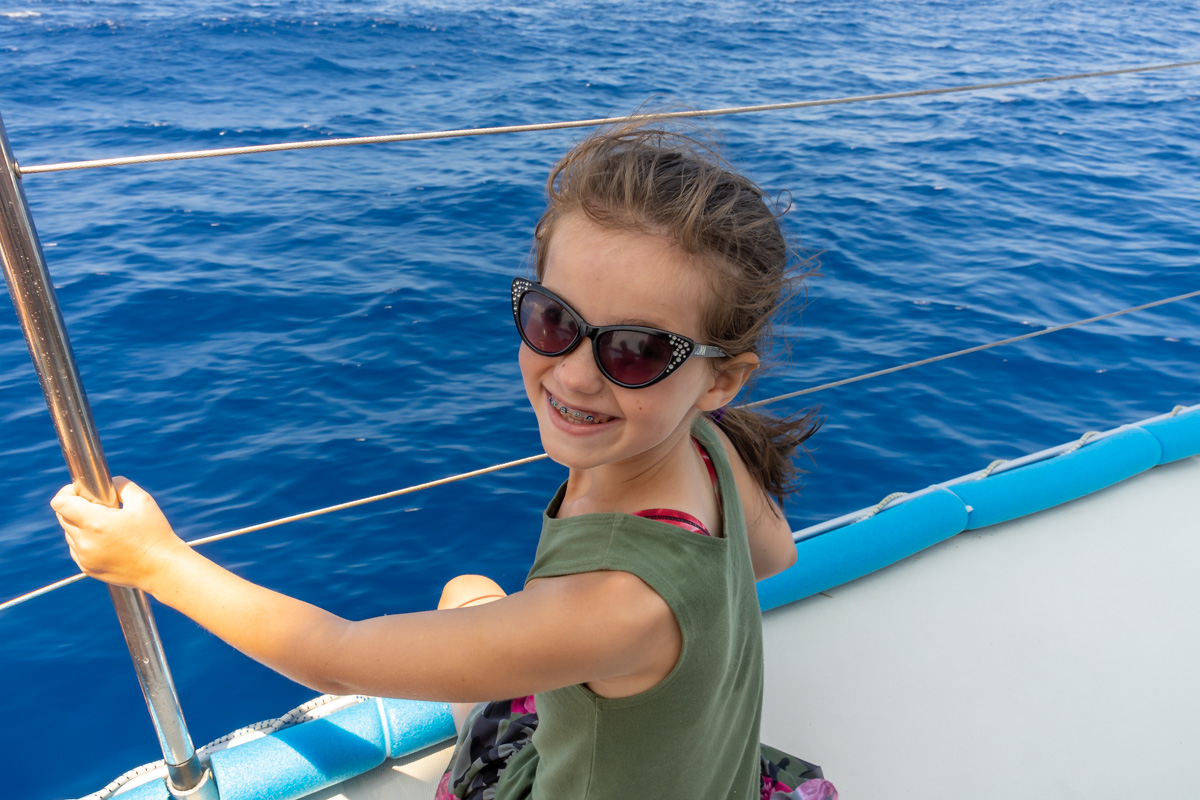 … or jumped into the water from different elevations. 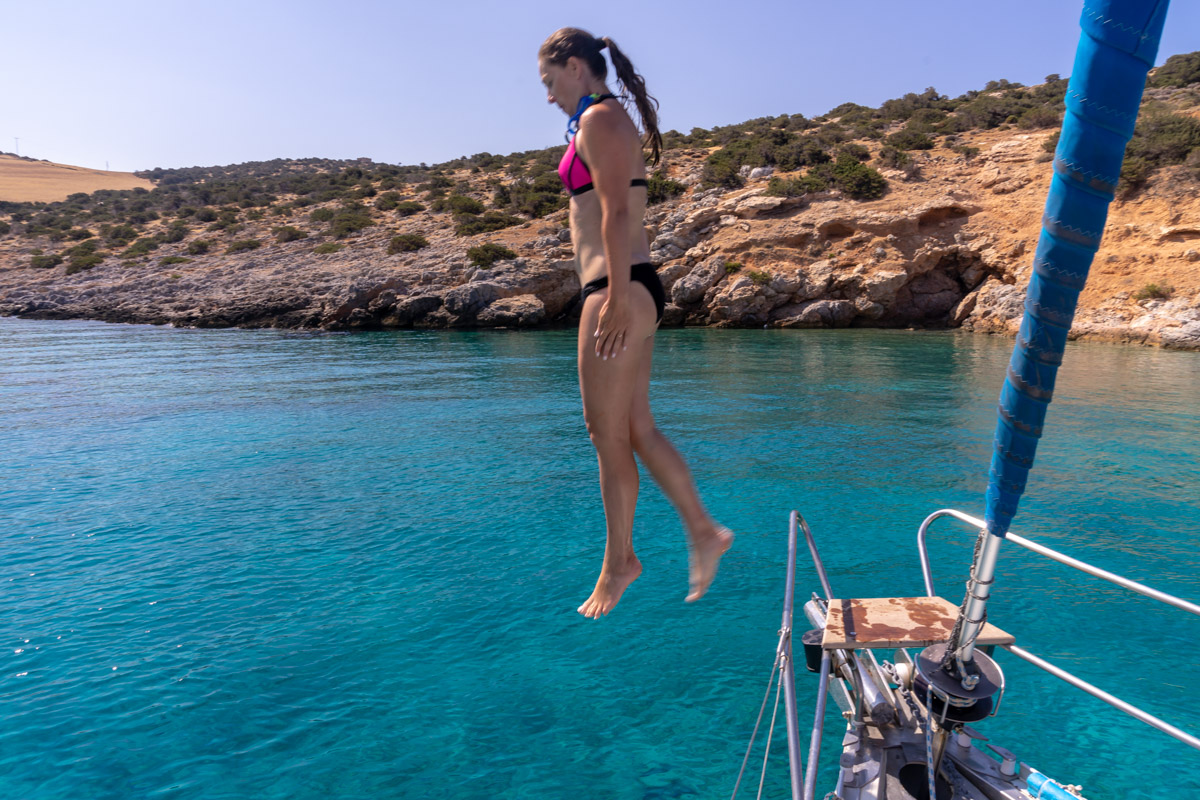 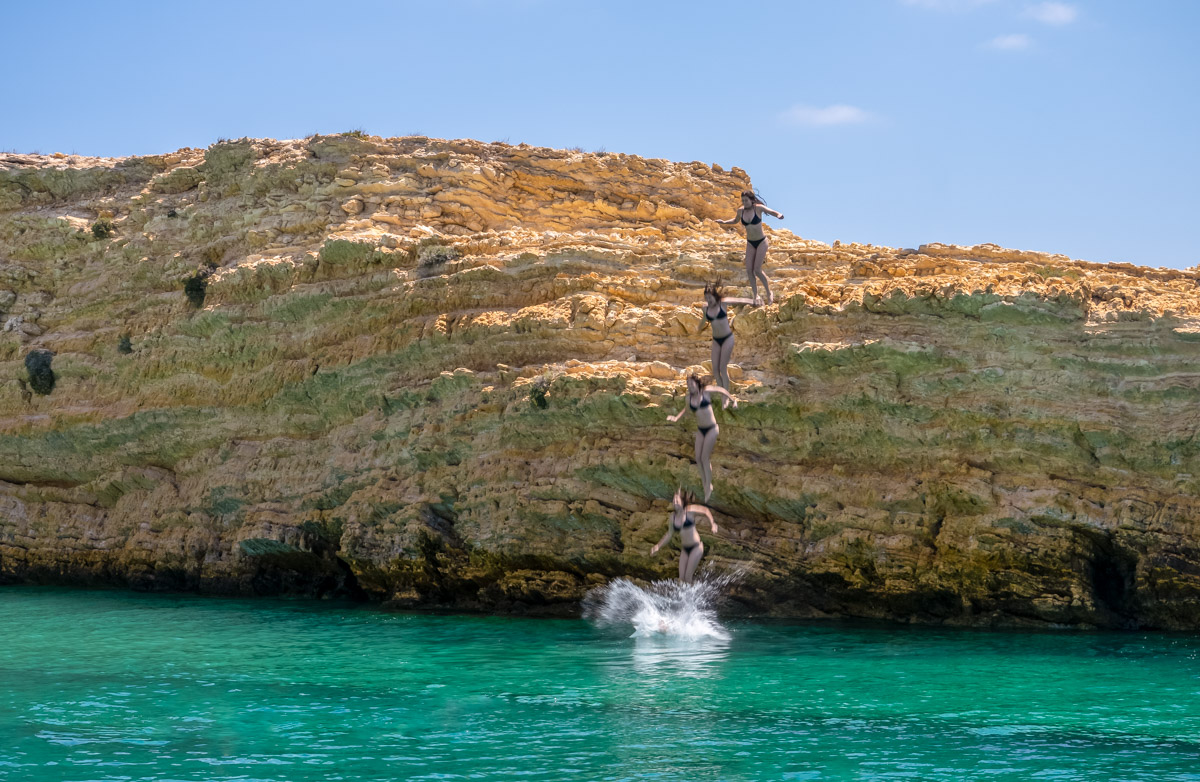 If you ever spend time on Naxos and are interested in a day-long sailing trip, I cannot recommend Captain Panos highly enough!