The second part of our day cruise that first took us to Delos was Mykonos. A renowned “party island”, it may have been completely ignored by us if not for the fixed itinerary of the cruise. We were given about three hours to explore its eponymous Chora, which was barely enough to have lunch and then walk around the central area but also largely sufficient to form an impression.

Here is an approach look at the island. 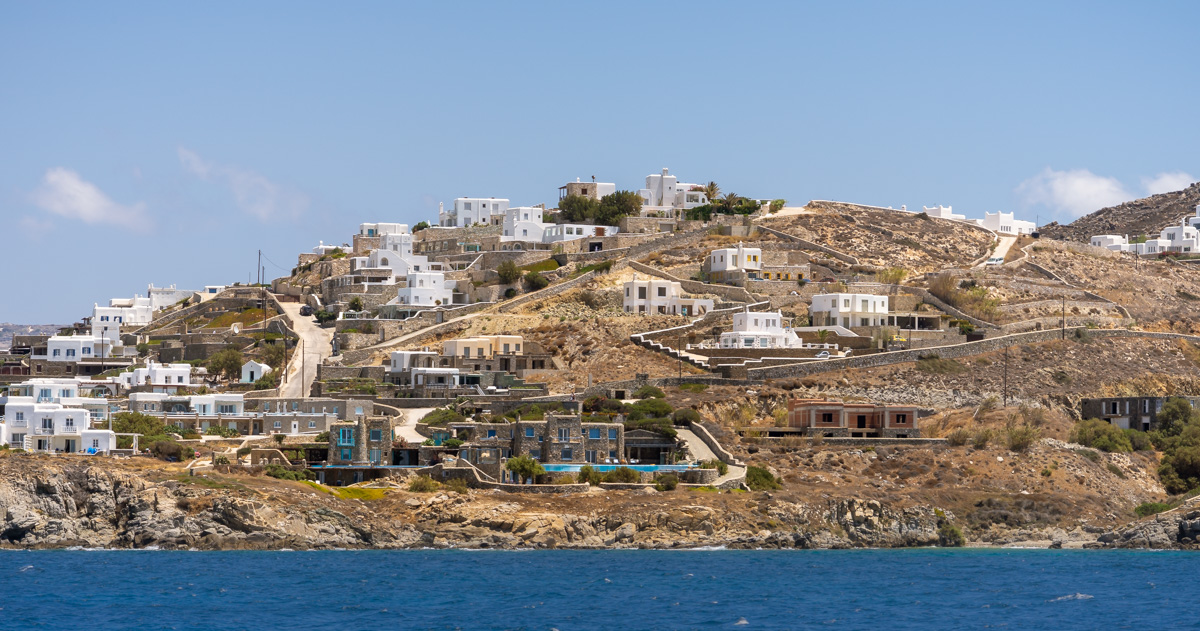 And this is the view of the town of Mykonos from the water, with a couple of points of interest that we will later see up close. 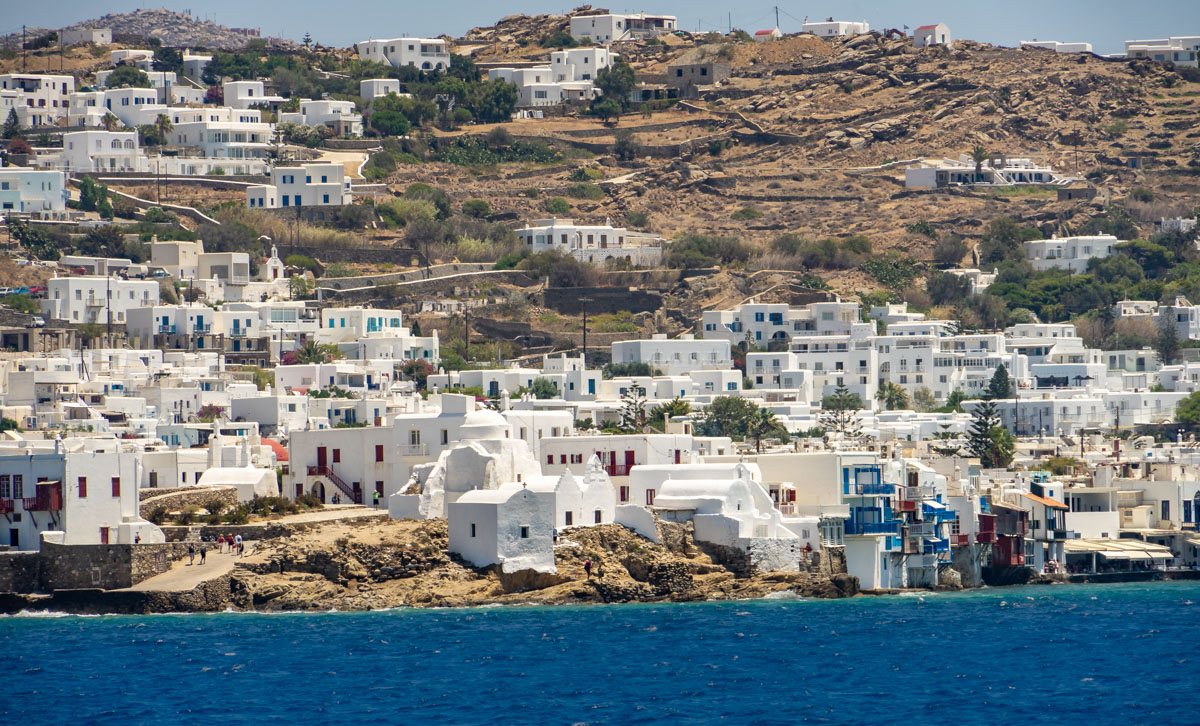 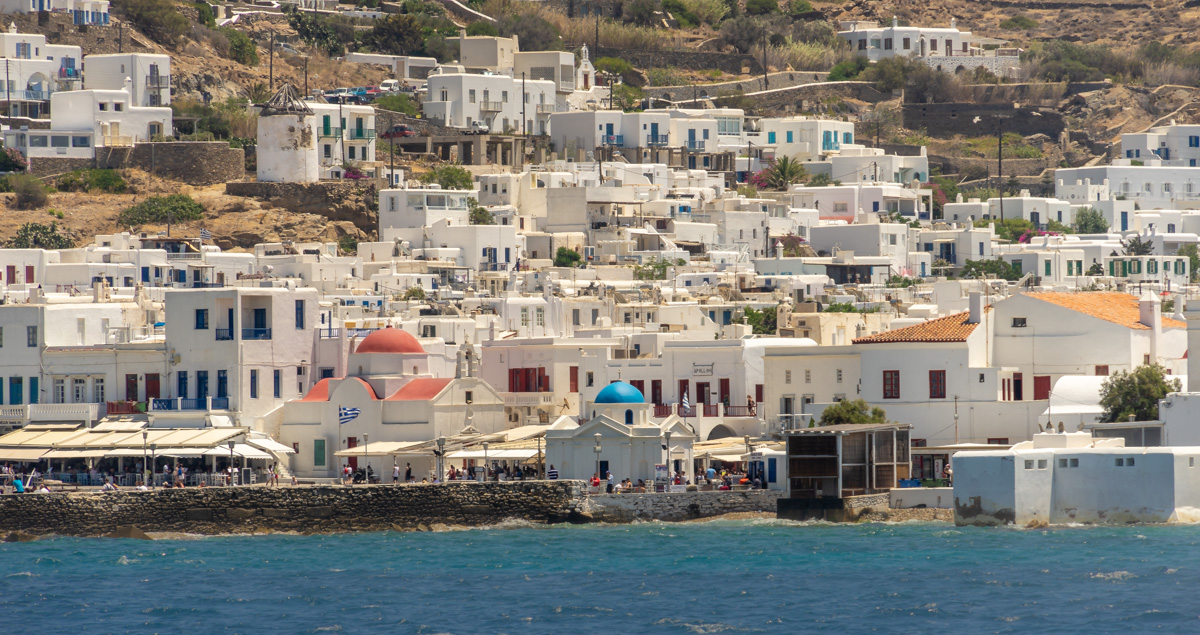 The core area of the town of Mykonos is the larger, flatter, busier version of the core of Naxos City. There is also a lot more commercial activity here – with practically every label and brand of note represented – which considerably diminishes any pretense to quaintness.

On a positive note, several defined points of interest make even a short stroll around Mykonos fairly pleasant. One of these unmissable points is the row of 16th-century windmills called Kato Mili.

This dollhouse-size church of Agia Anna is one of many tiny churches around town. 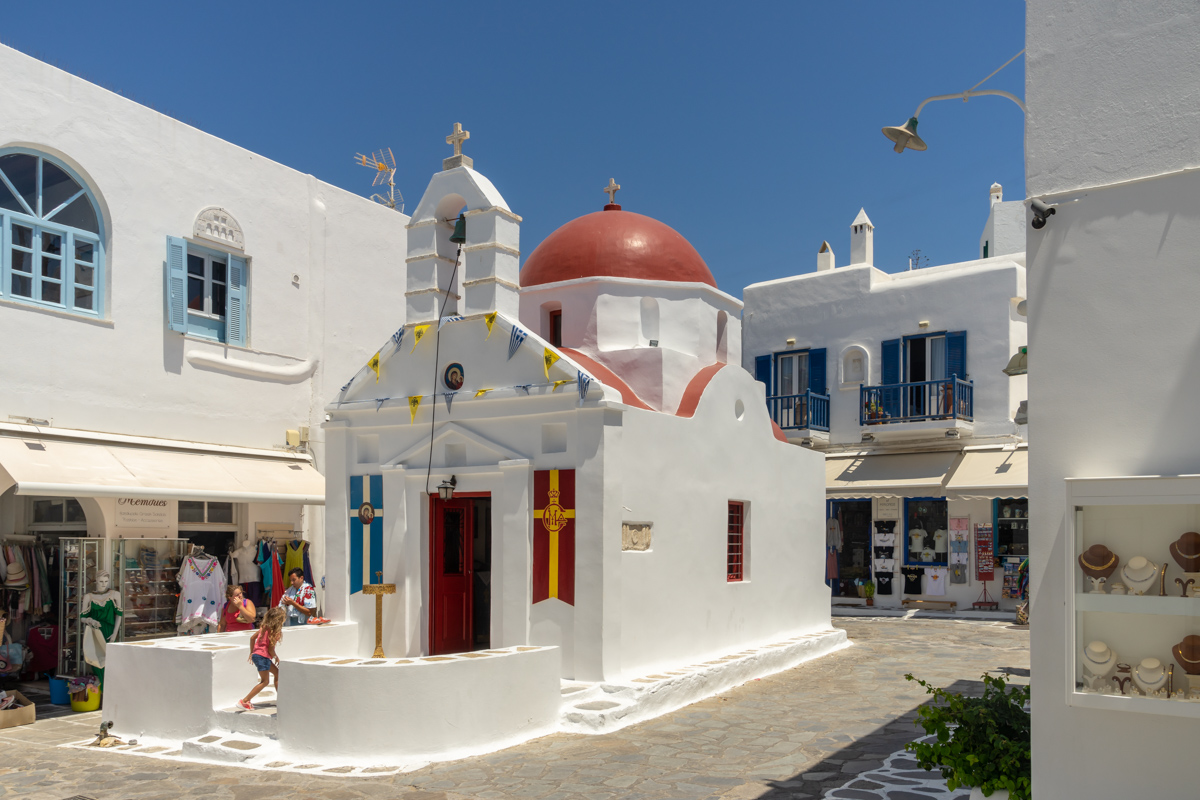 Interestingly enough, there is no obvious predominant color for church domes on Mykonos, but quite a few of them are red – a color that we have not yet seen elsewhere.

A bigger, older, and completely white church of Panagia Paraportiani (“Our Lady of the Side Gate”), which was seen in the first shot of the town from the bay. 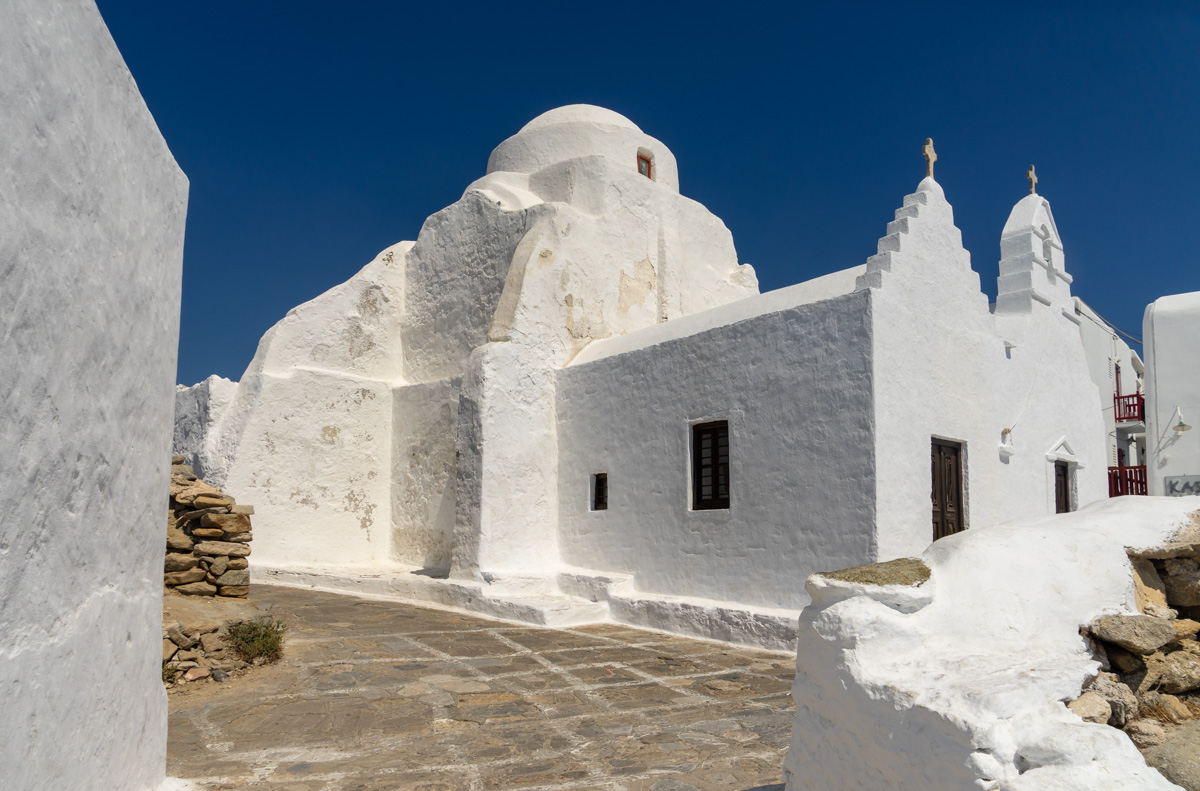 The most picturesque part of Mykonos is the Little Venice – certainly there are some visual parallels here. 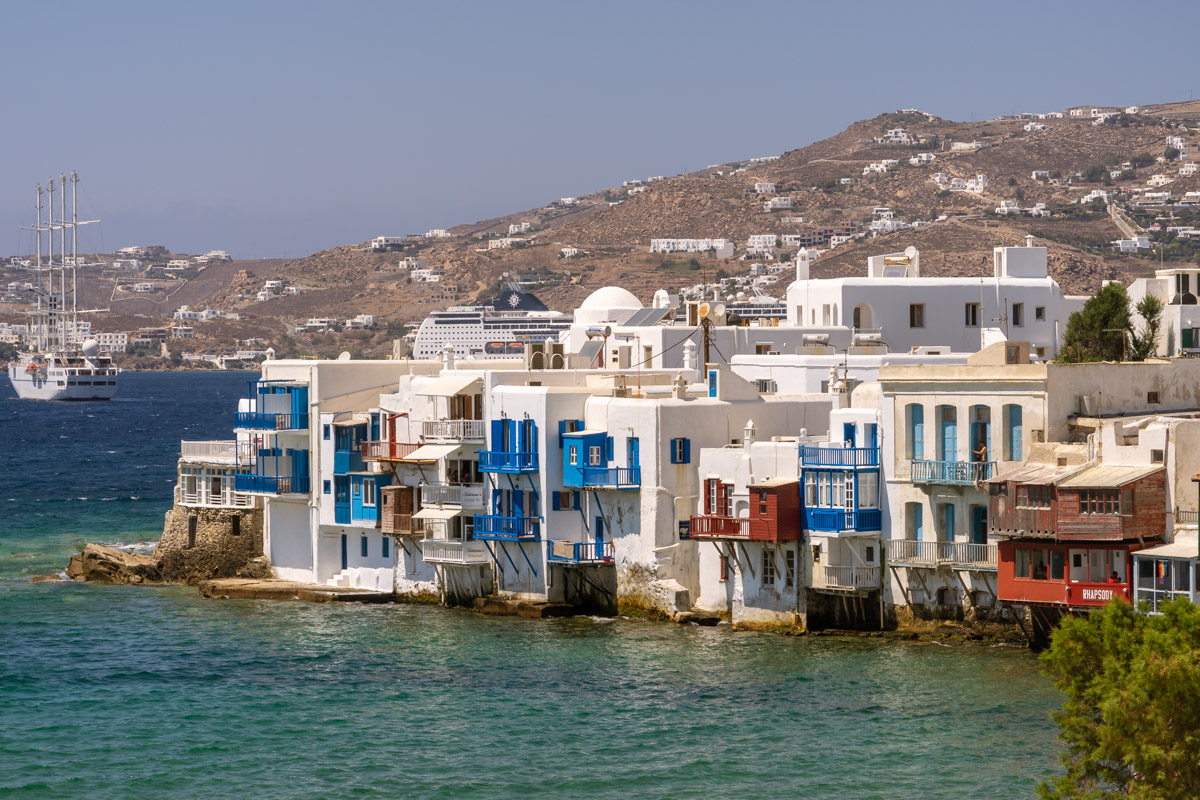 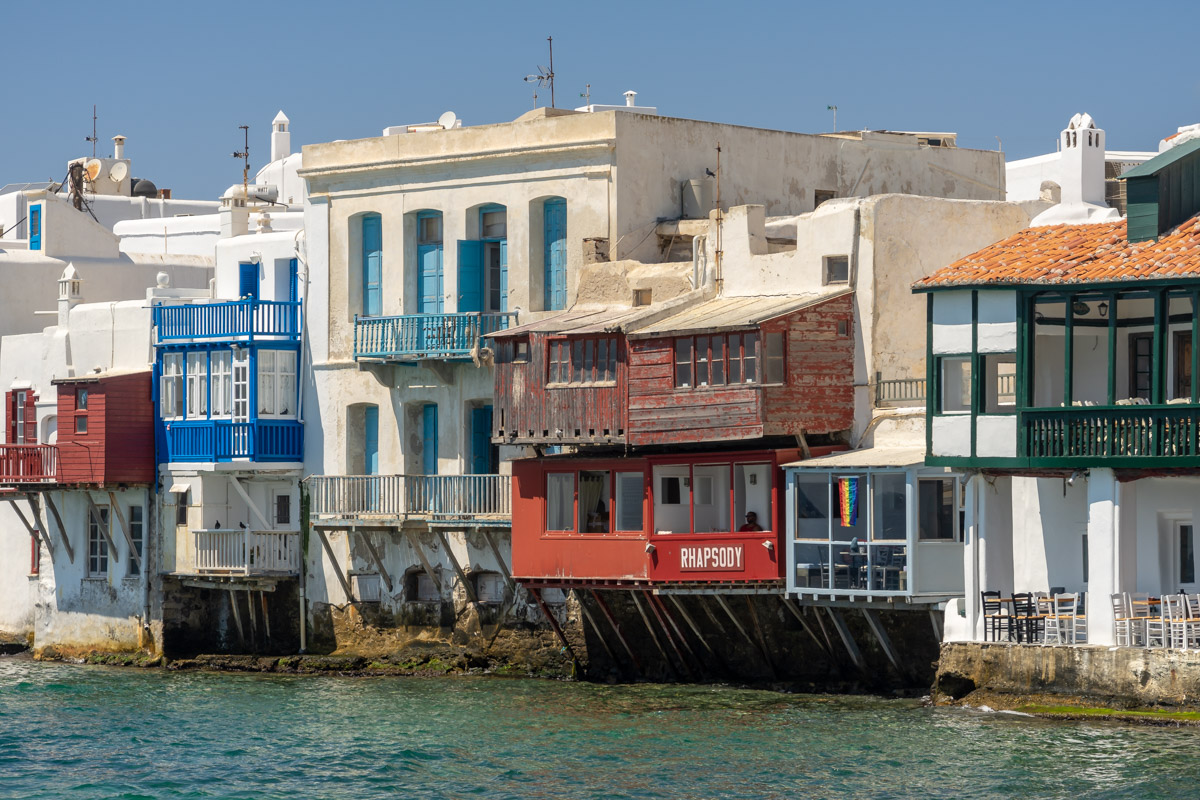 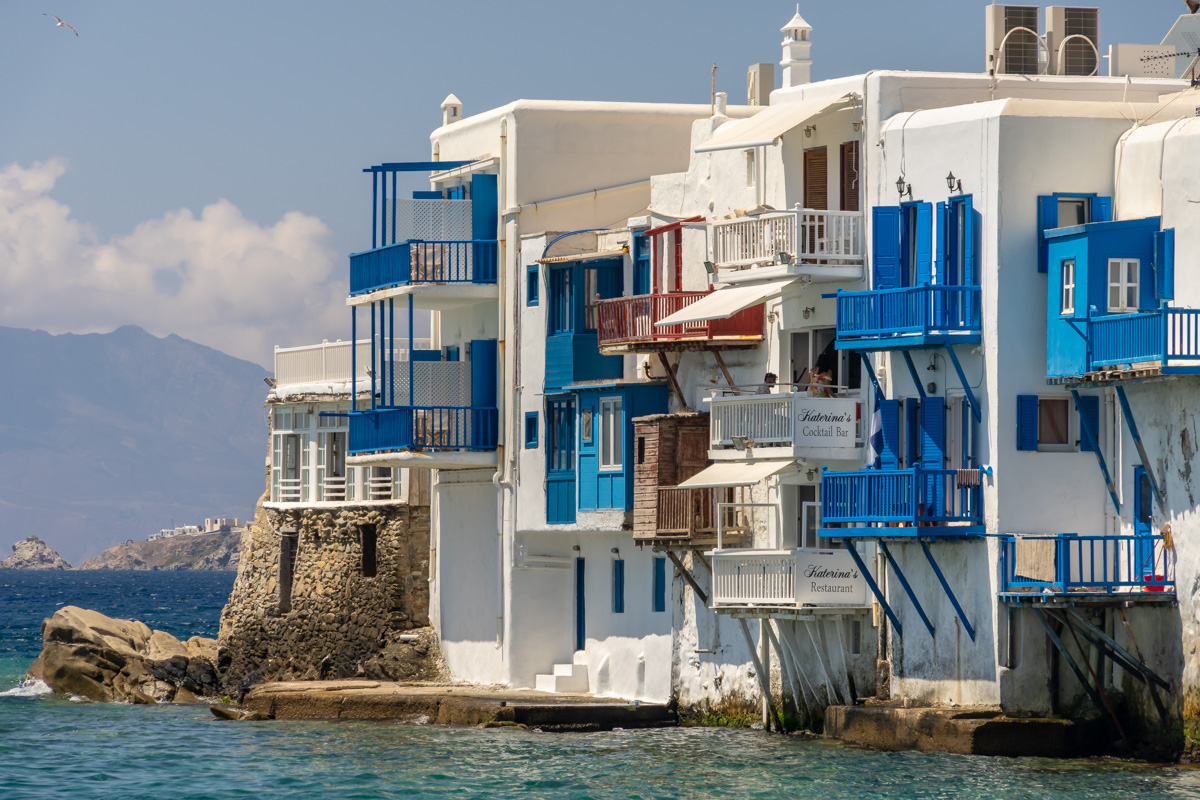 And now a few street perspectives of the Chora, with clear resemblance to what we have glimpsed in Naxos. 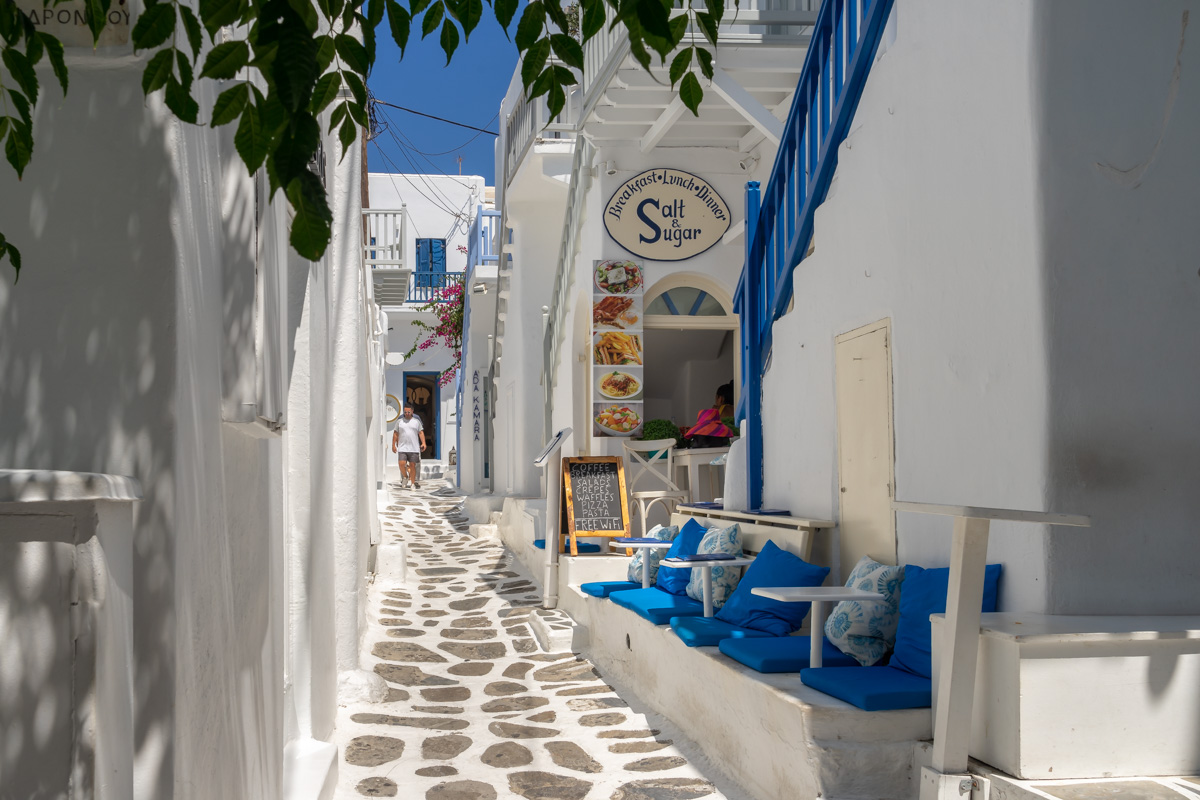 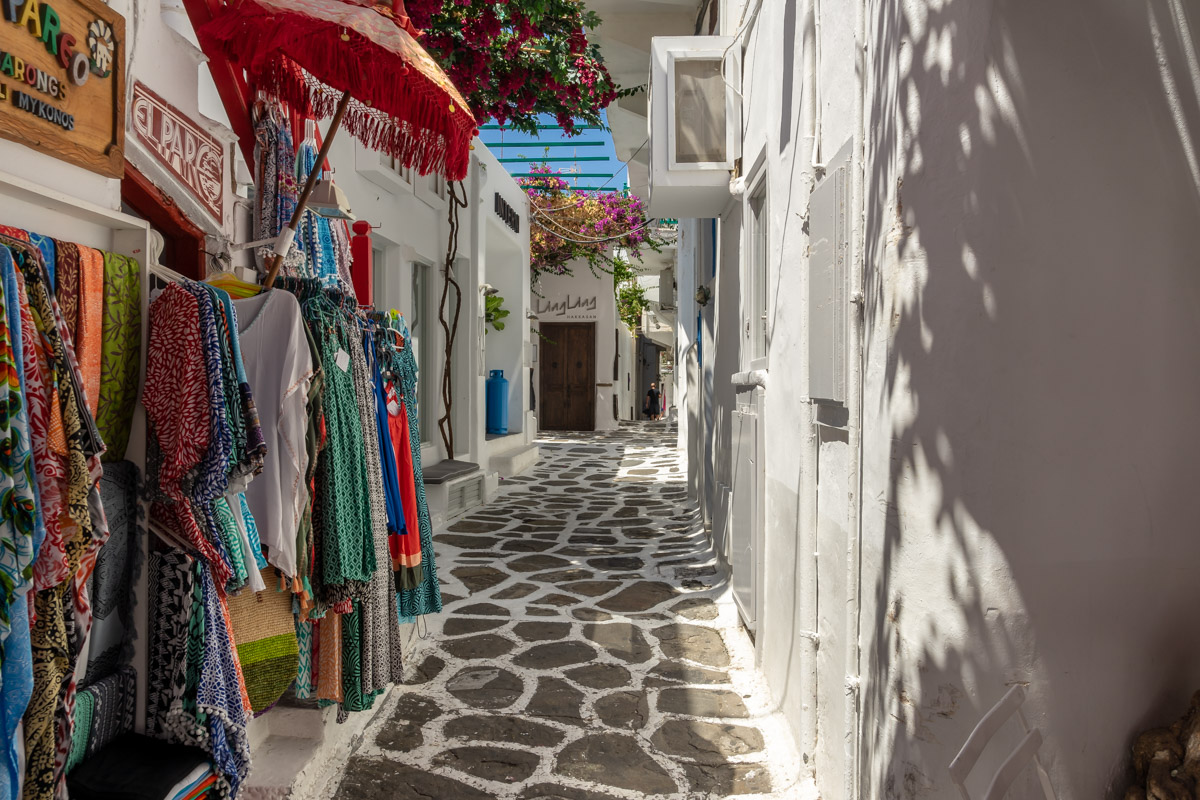 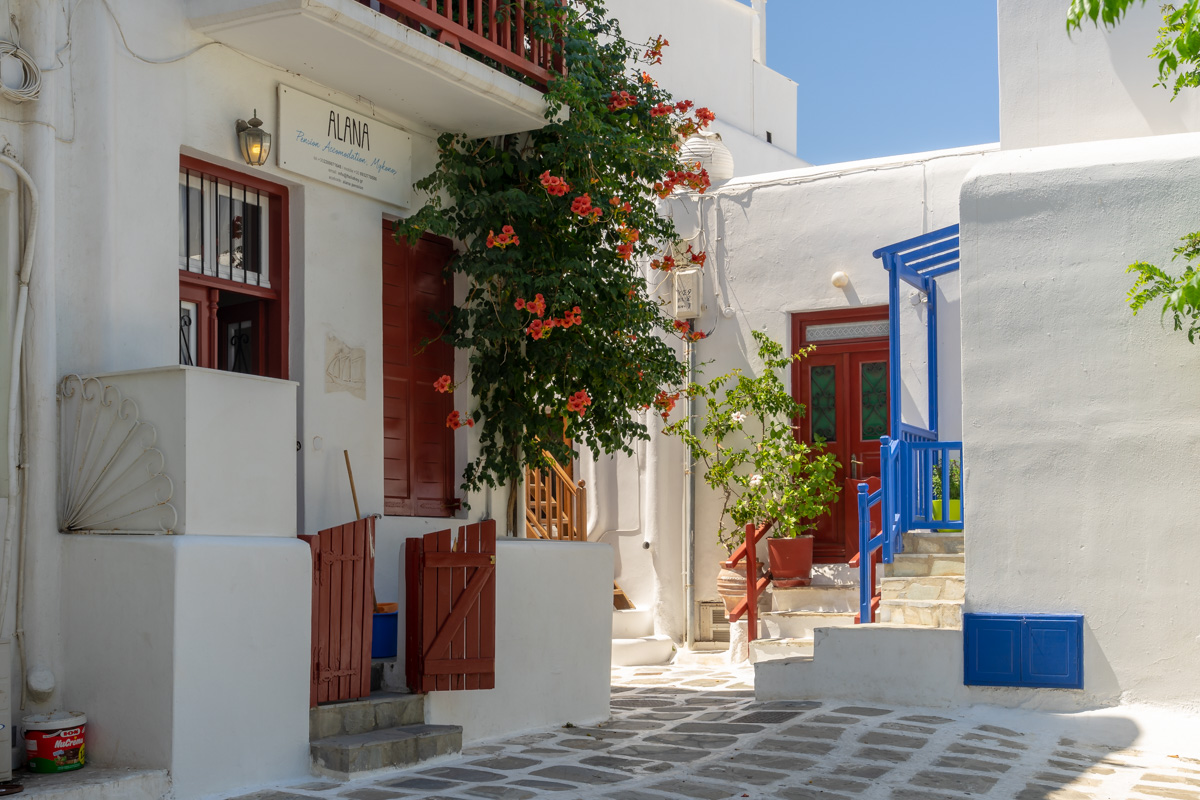 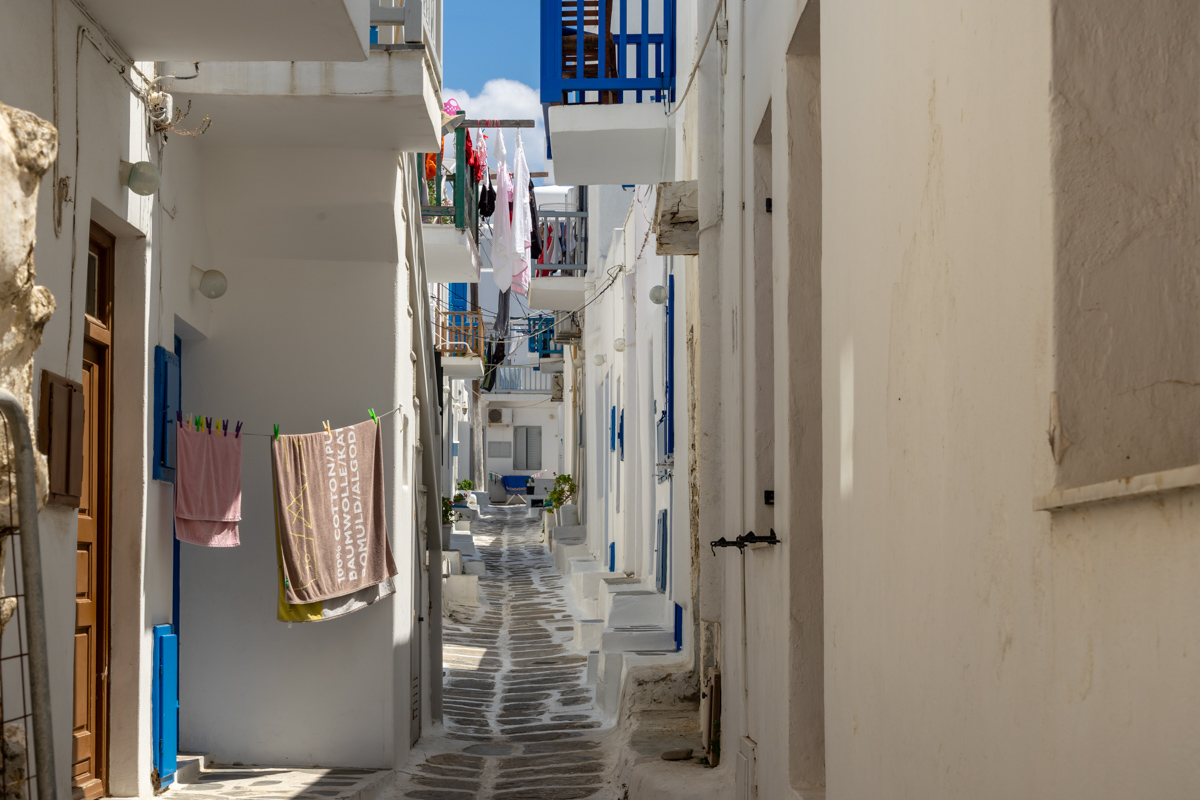 Don’t let the absence of people in the shots confuse you. First of all, I readily admit that I seek people-less perspectives and am not beyond removing stray humans via Photoshop when they pop up unannounced. Secondly, all of these are side streets with much less pedestrian traffic than on main thoroughfares. 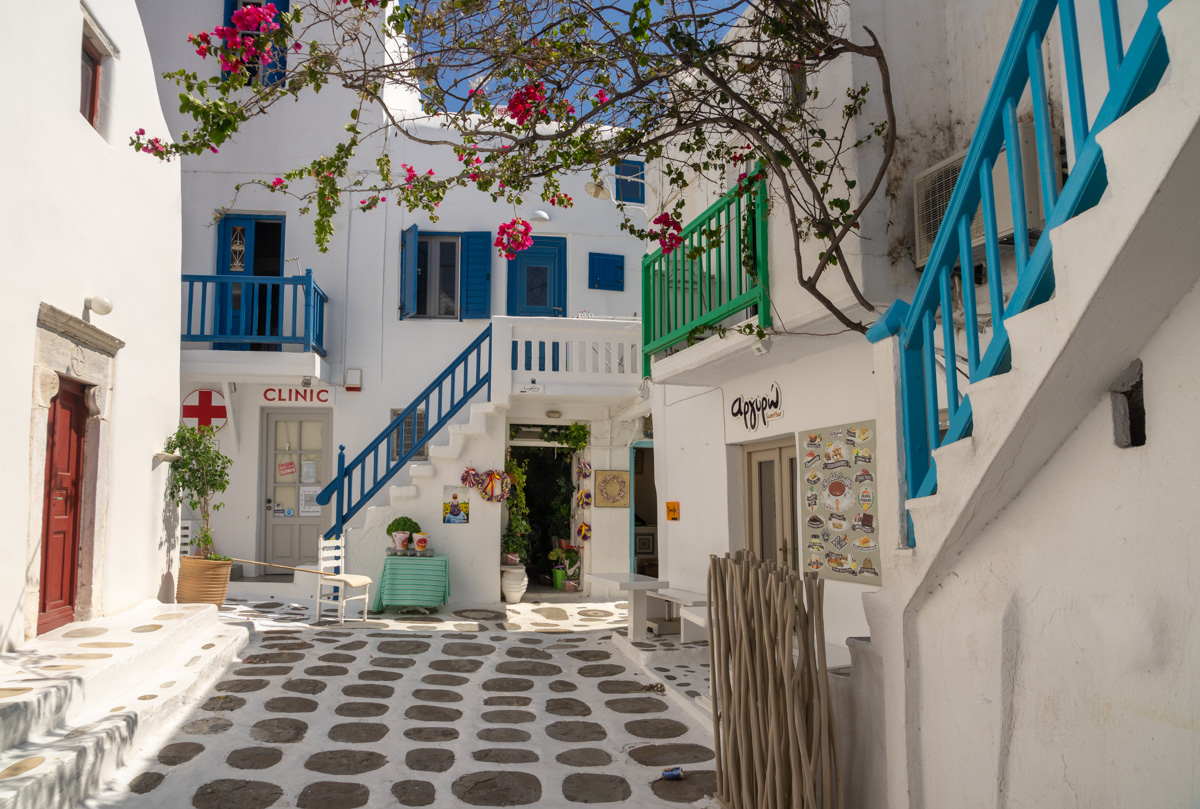 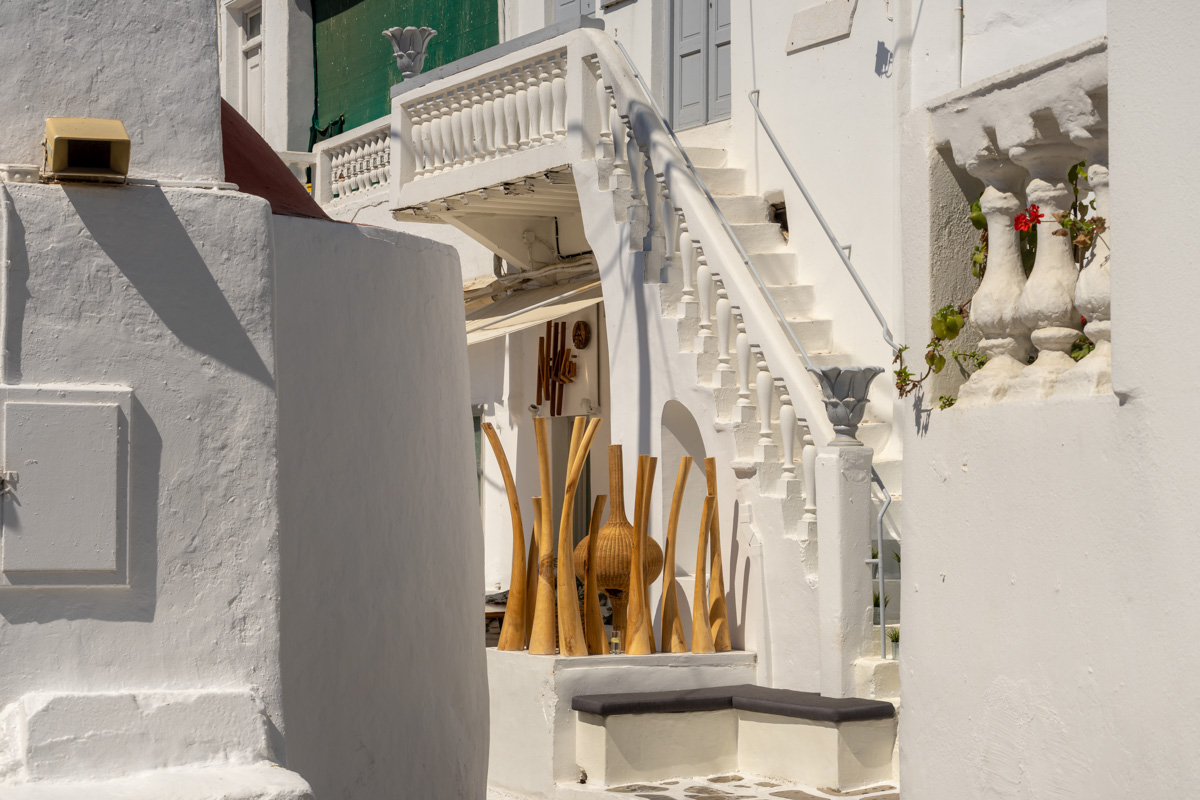 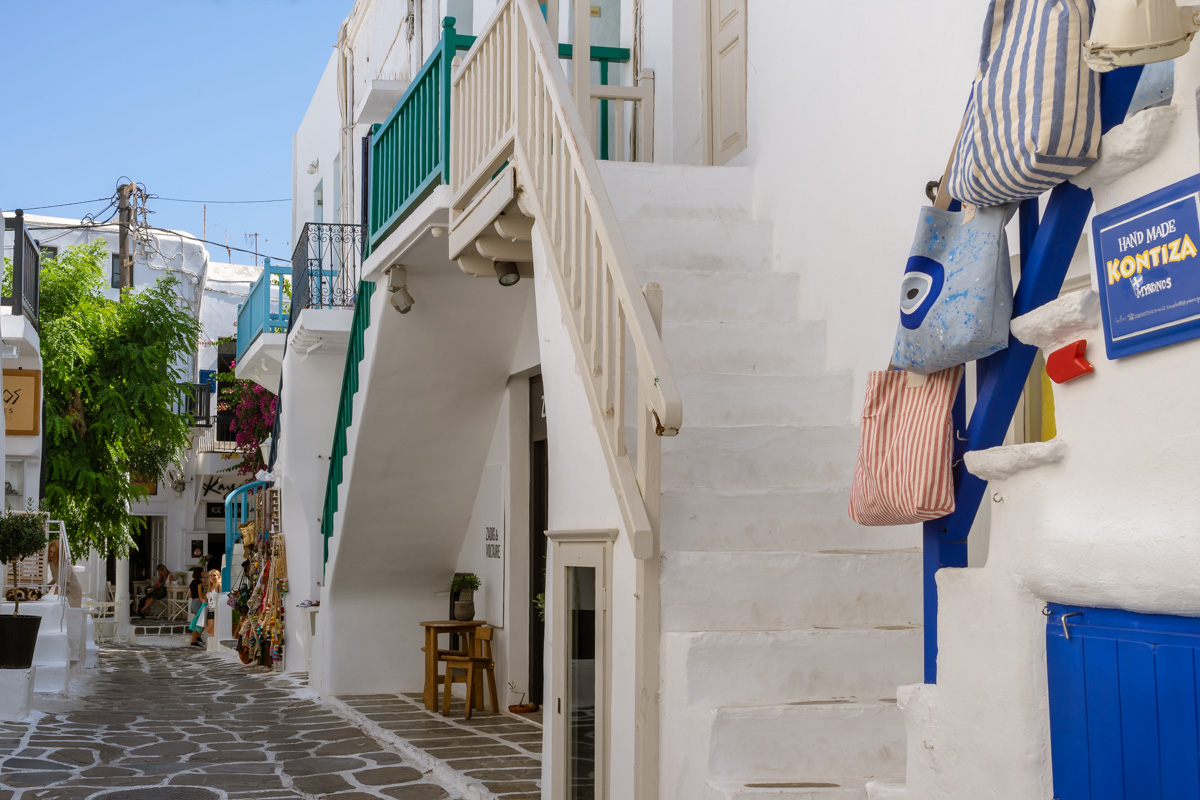 The last three pictures in this installment are from a different island, Paros, where we stopped in the harbor at Naousa to pick other cruise passengers. 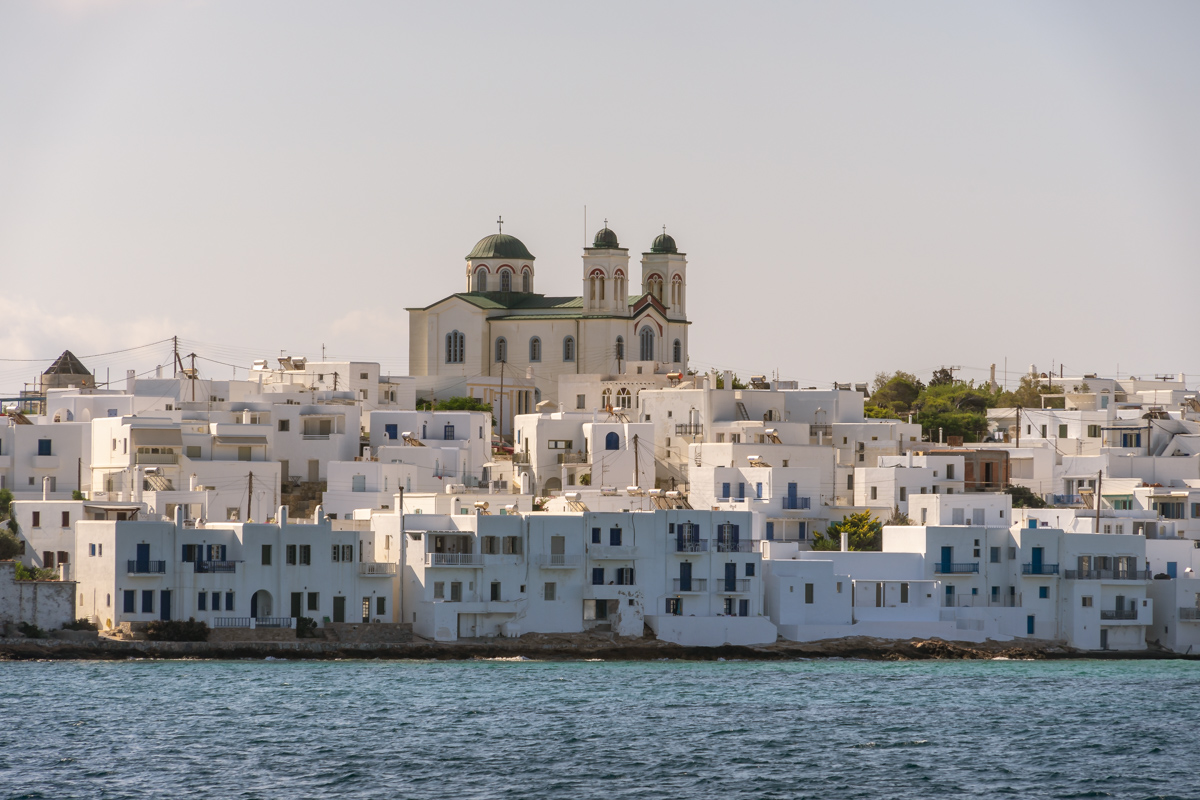 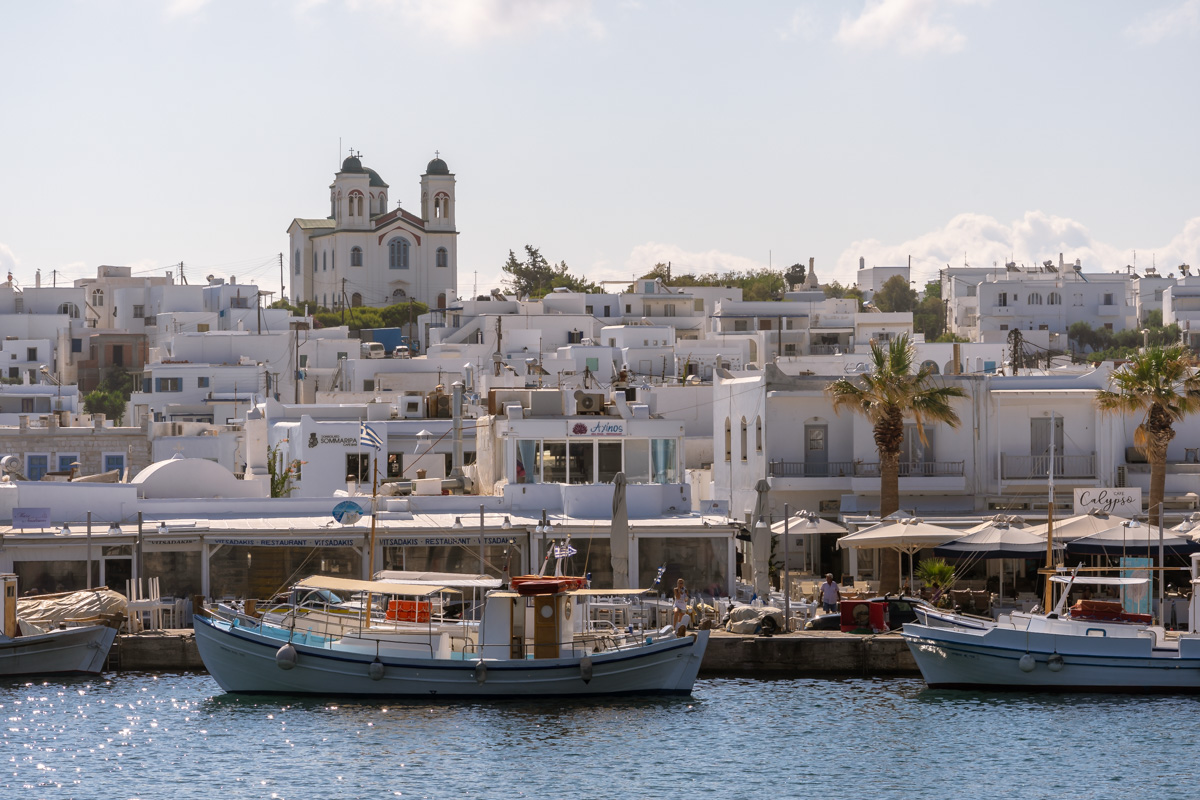 Mykonos is famous for its clubs and nightlife, so younger visitors without children in tow may find it a more appropriate place to linger. Us, we appreciated what it had to show us, and then departed on our day-cruise ship back to the relatively tranquil Naxos.