This last point of interest that we explored while on Crete deserves its own blog entry in part because of the insanely beautiful mountain road that took us there. We climbed significant heights along the way, driving on an uneven one-lane road that looked deserted for miles on end. In a couple of sleepy villages our car had to squeeze into very narrow spaces in order to get through, singularly surprising the elderly ladies who lounged by the side of their houses within millimeters of the passing vehicle.

But mostly the drive was about these views. 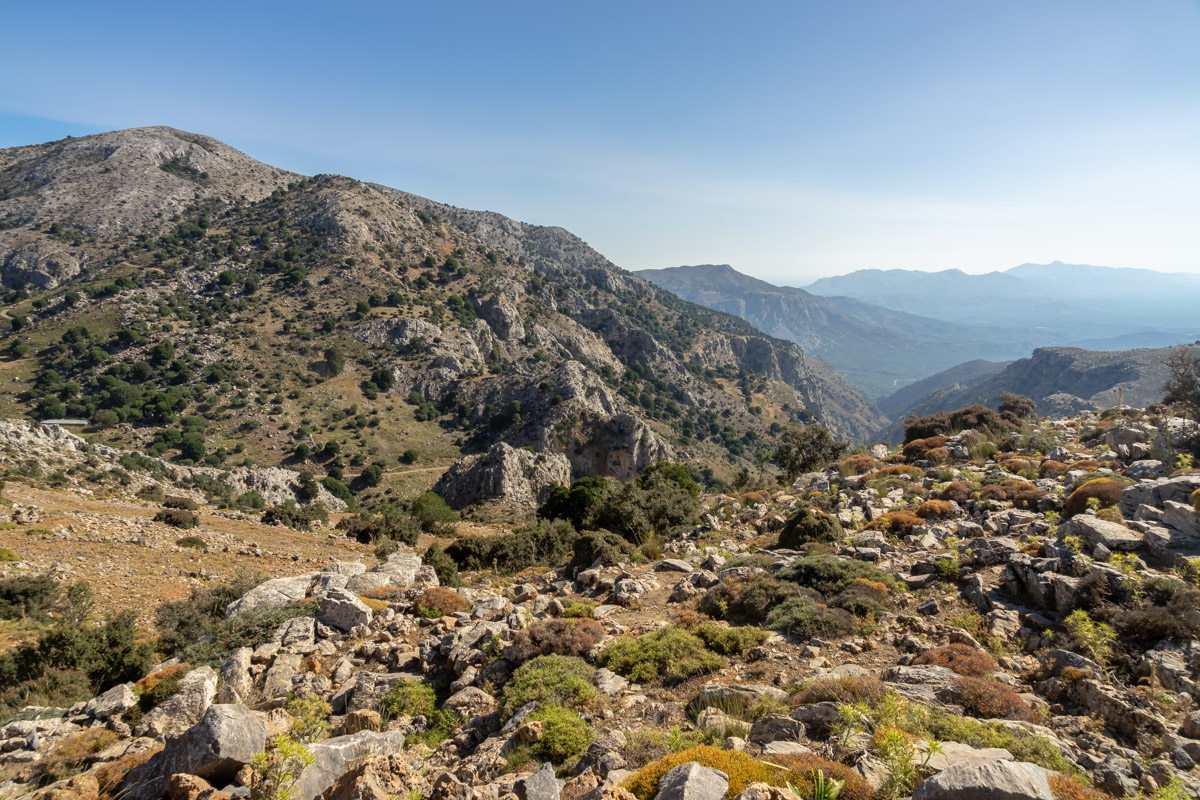 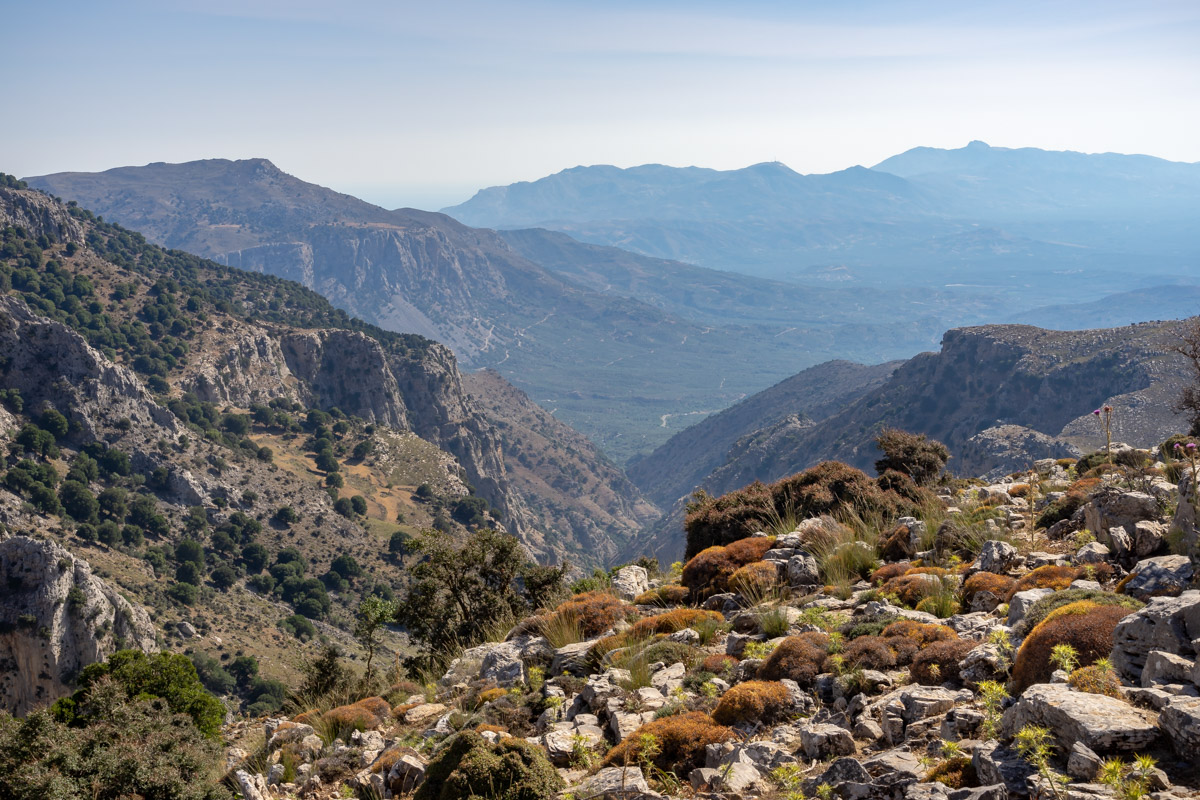 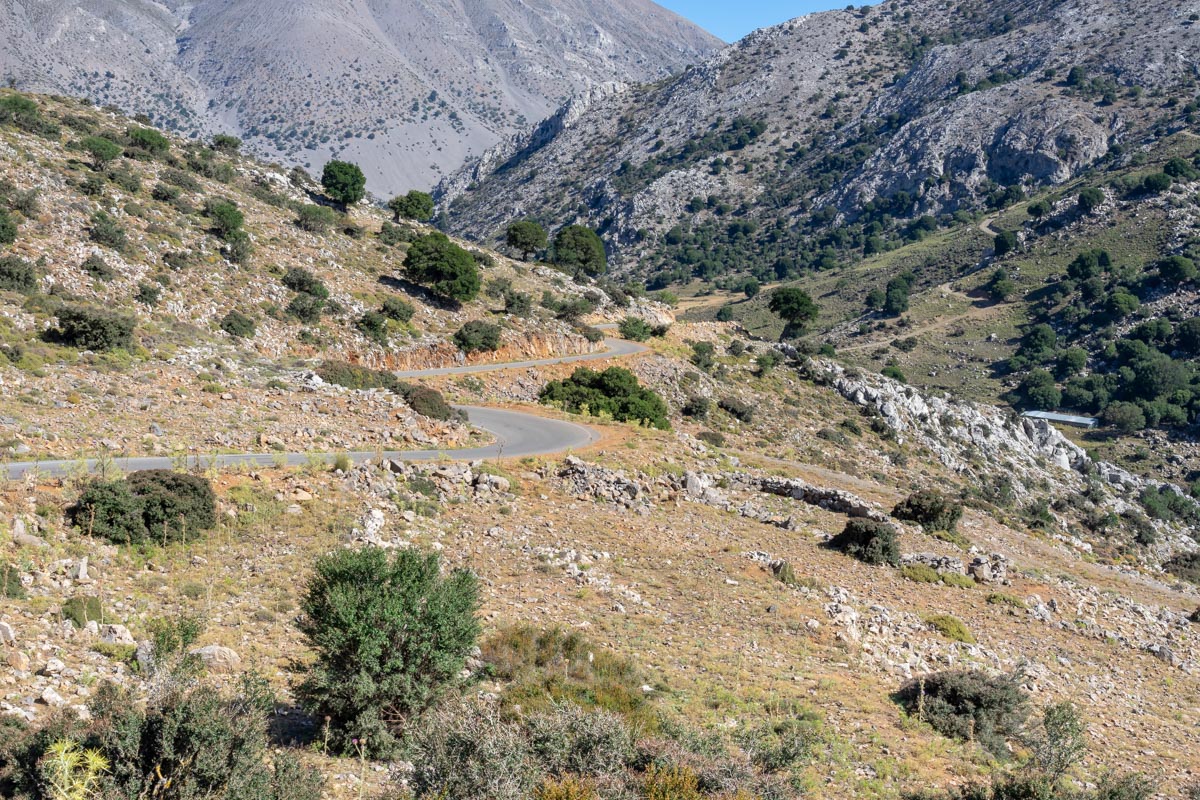 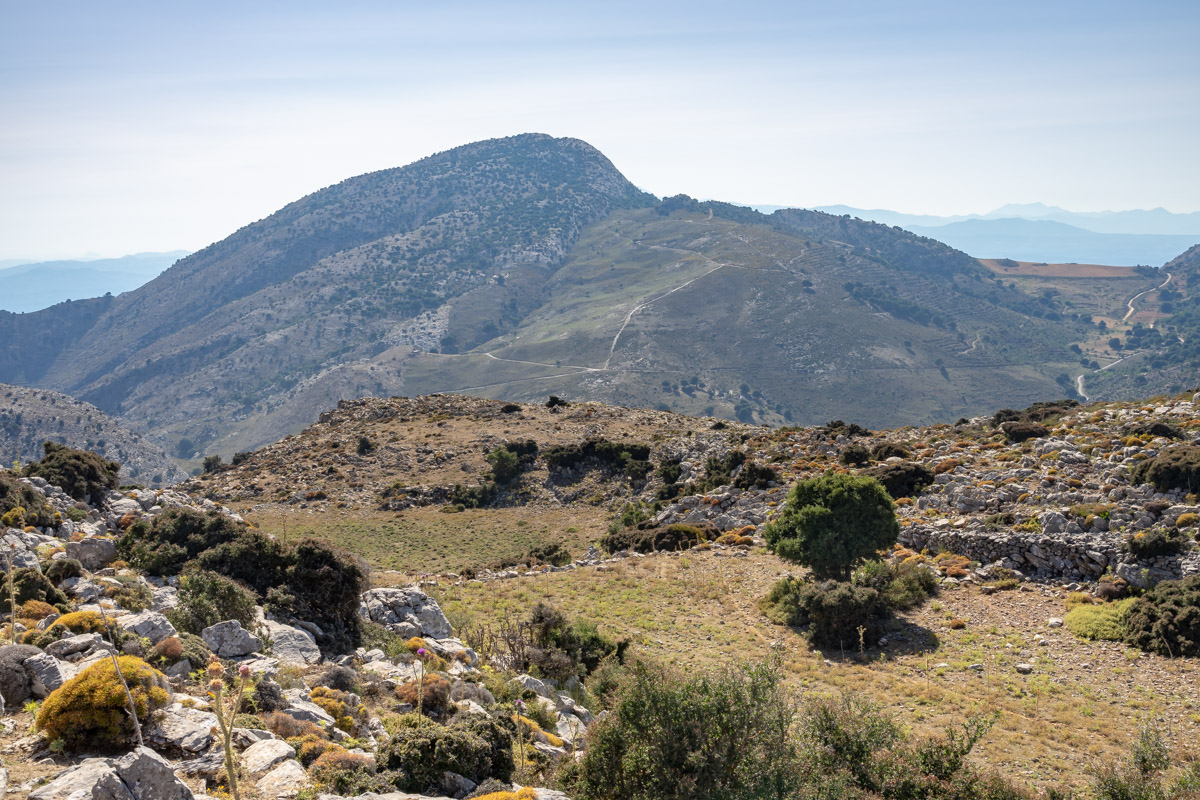 Sometimes, we met other local residents. 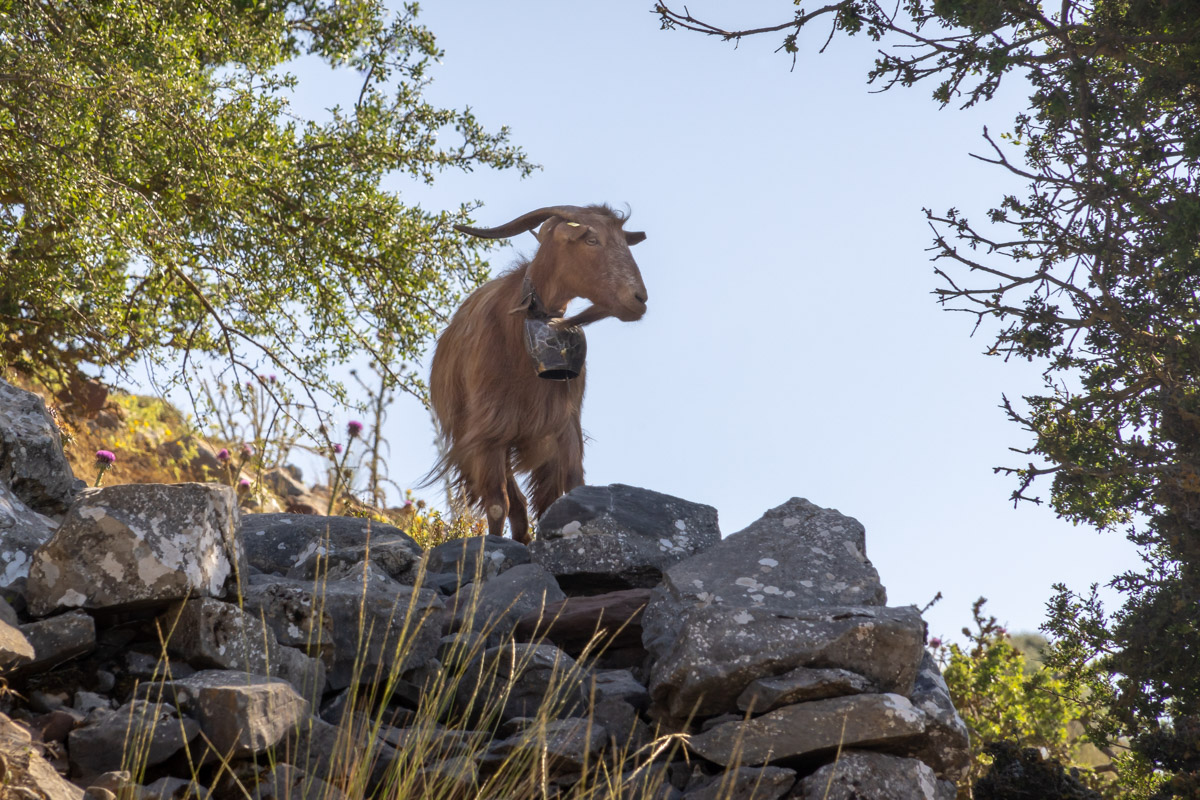 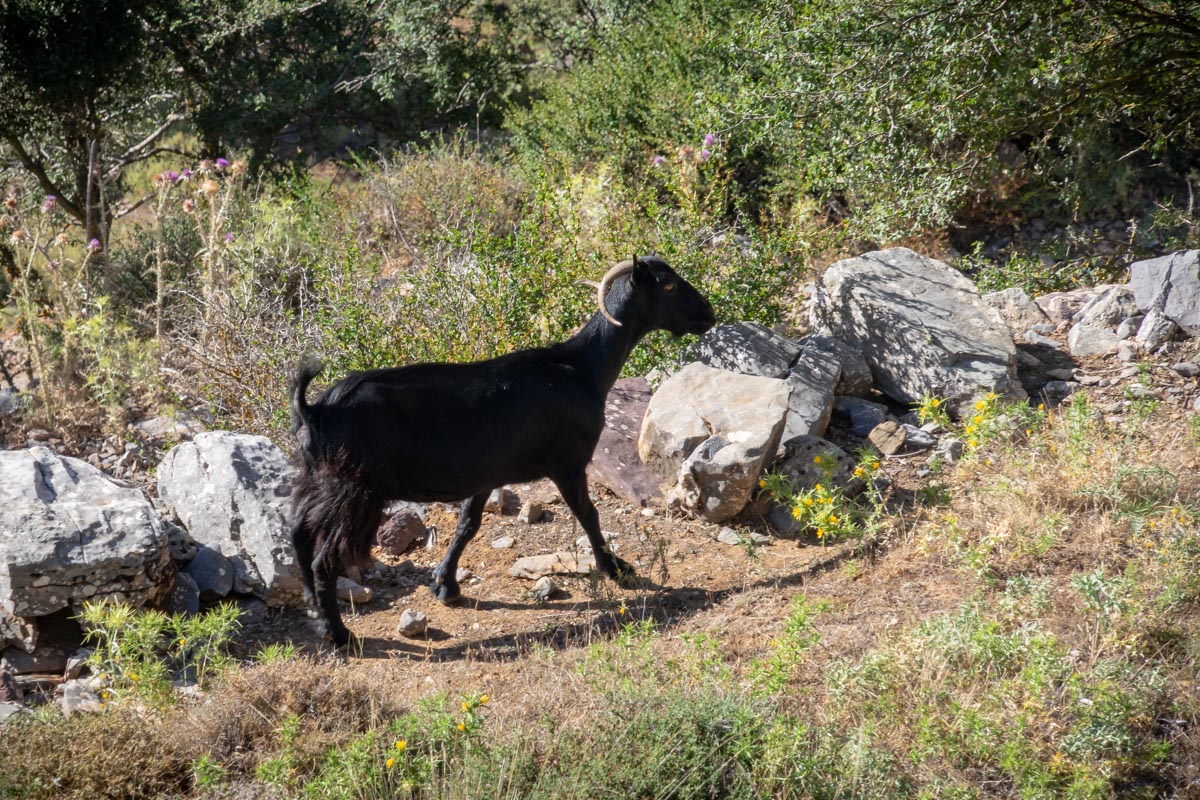 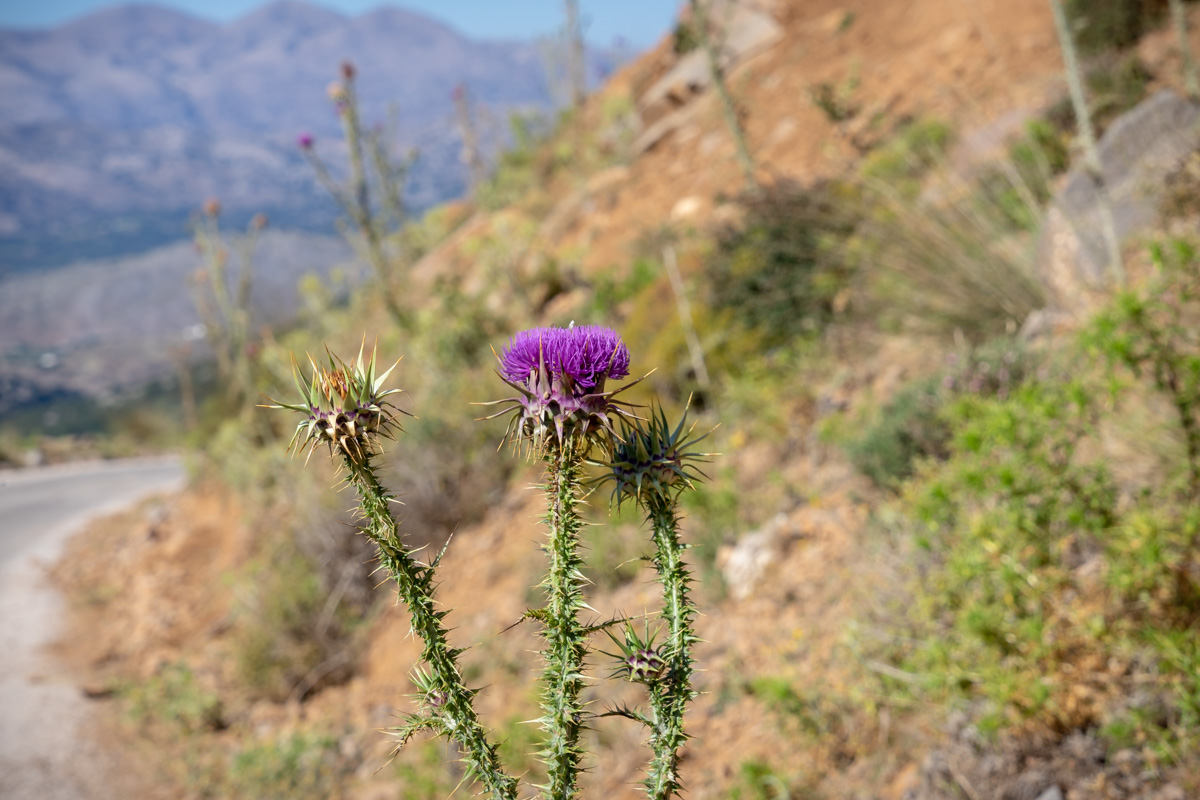 And then, around a turn, we would come across a fetching church. 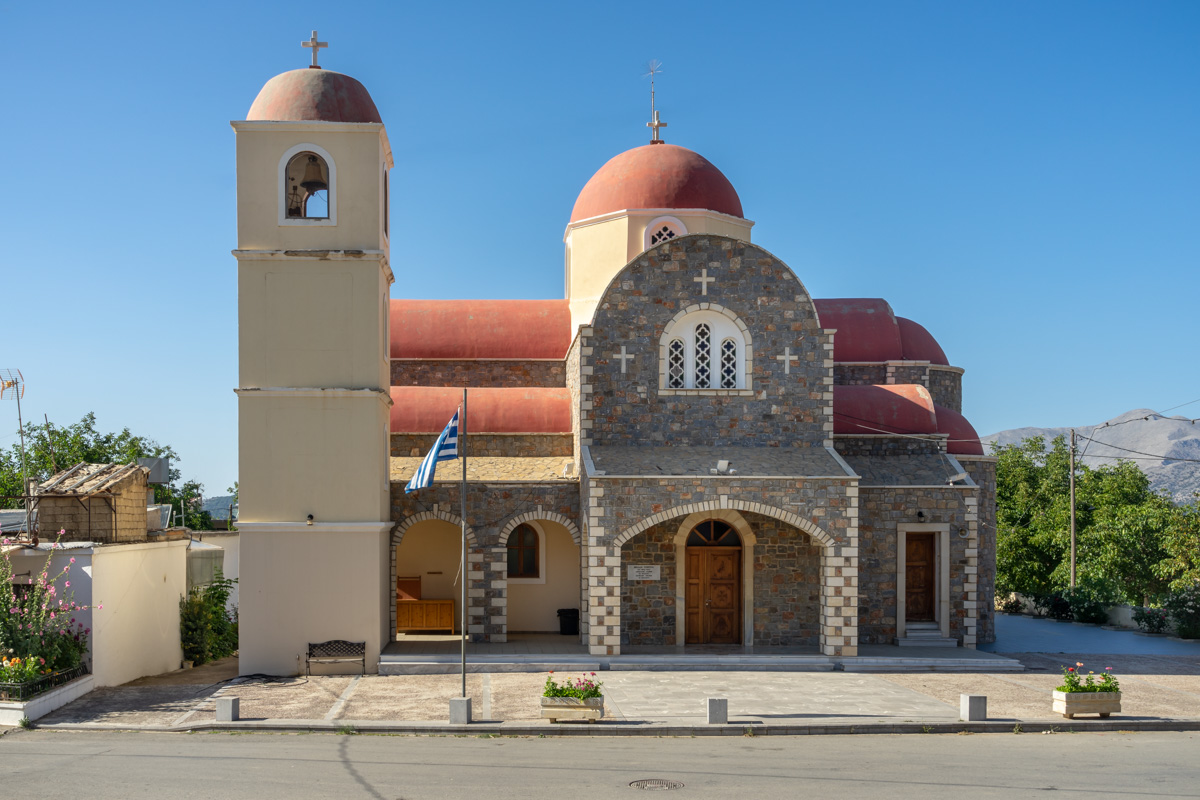 The village of Psychro sits on the edge of a bowl of a valley, which is dotted by free-standing structures, seemingly one for each parcel of land. 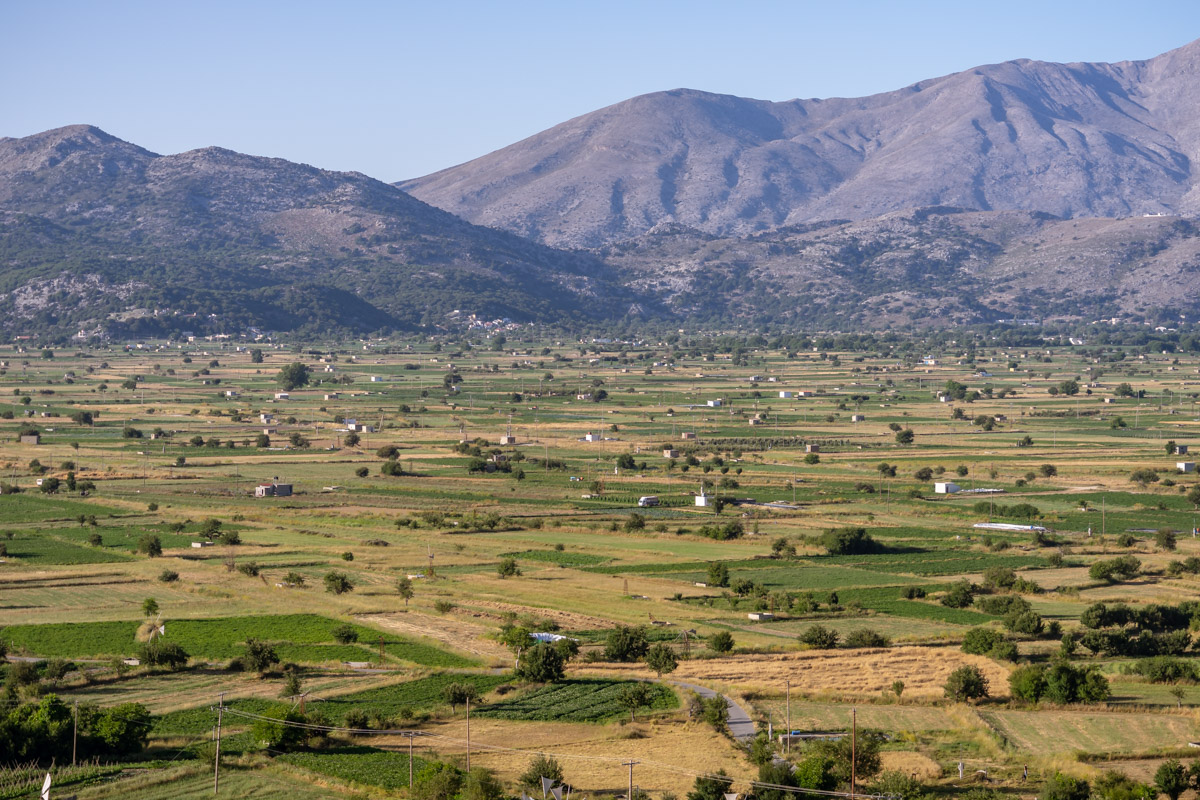 The cave itself was a bit of a disappointment. It is widely known as the Cave of Zeus, one of the contenders to the title of the birthplace of Zeus; his mother Rhea hid him there from Kronos, the father with a peculiar habit of devouring his progeny. The youngest member of our traveling party, having had grown very fond of Greek mythology in the months leading to our trip, was very much looking forward to seeing the place.

Unfortunately, the cave makes absolutely no play on the Zeus connection, barely mentioning the legend on one of the information stands. Take that away – and you are viewing a relatively small cave with some fancy stalactite and stalagmite growth. 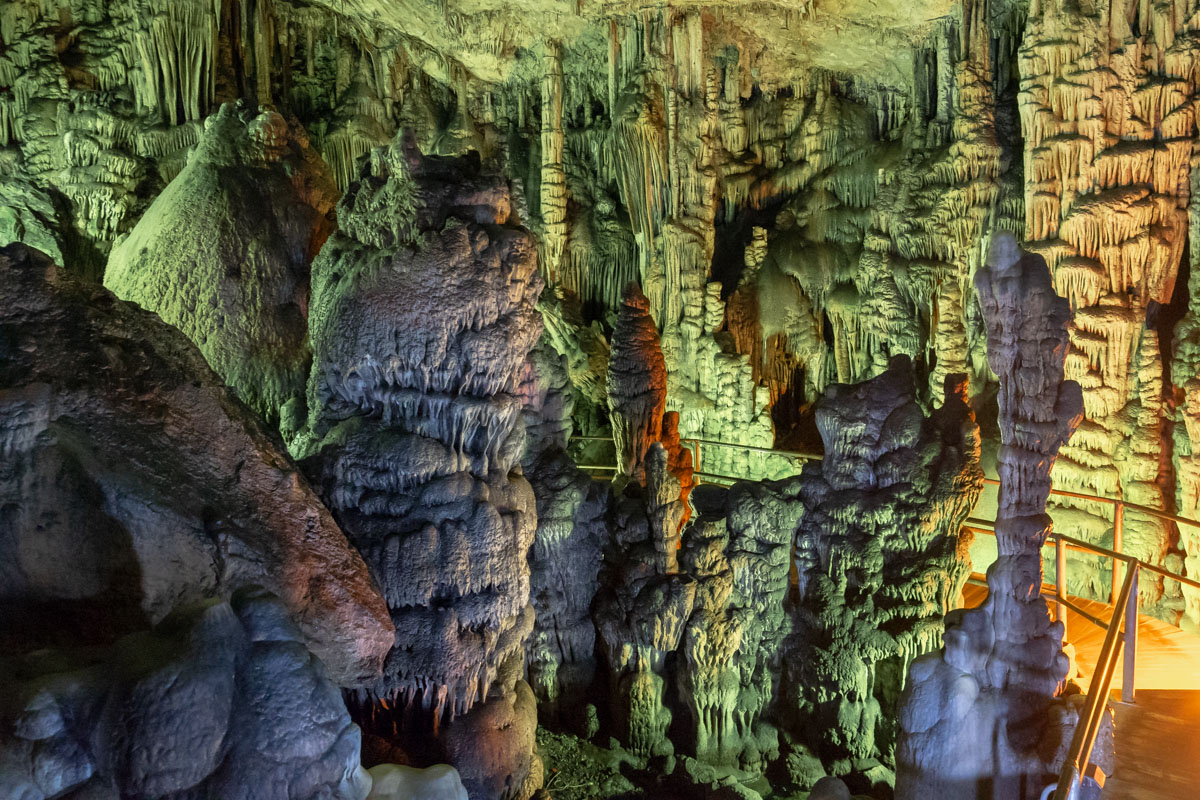 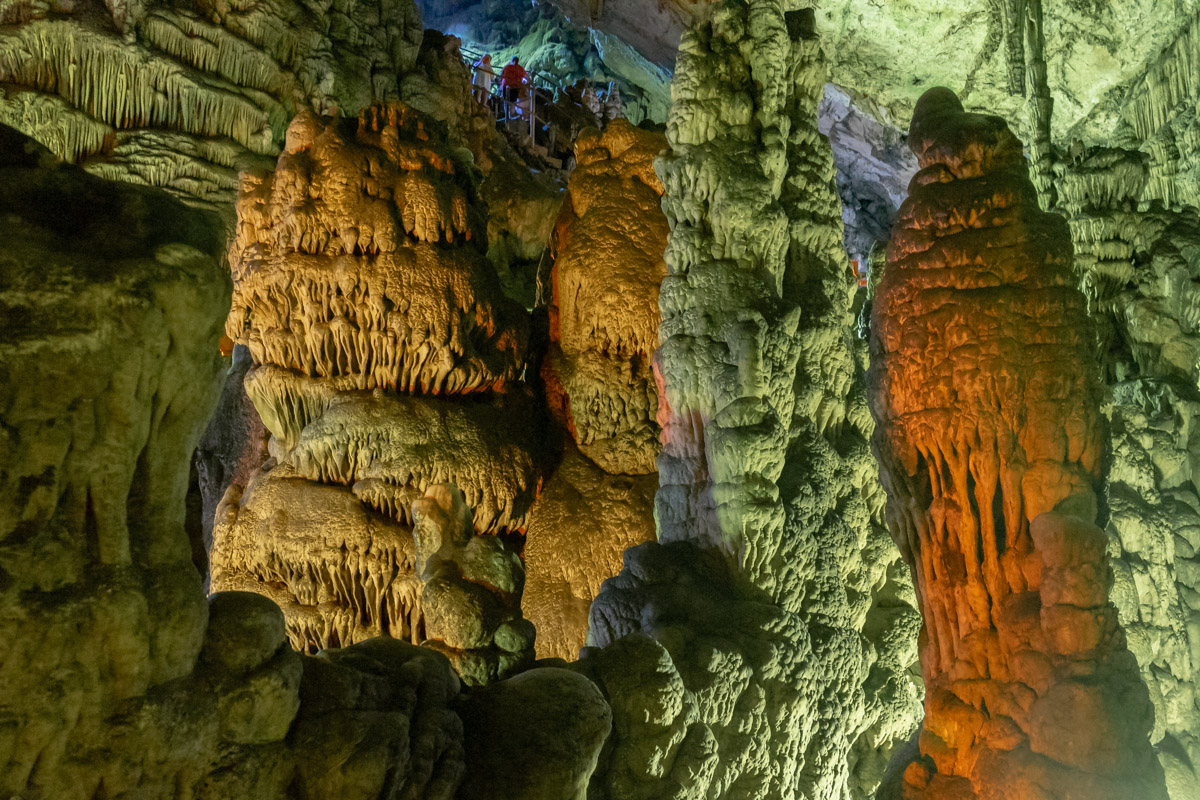 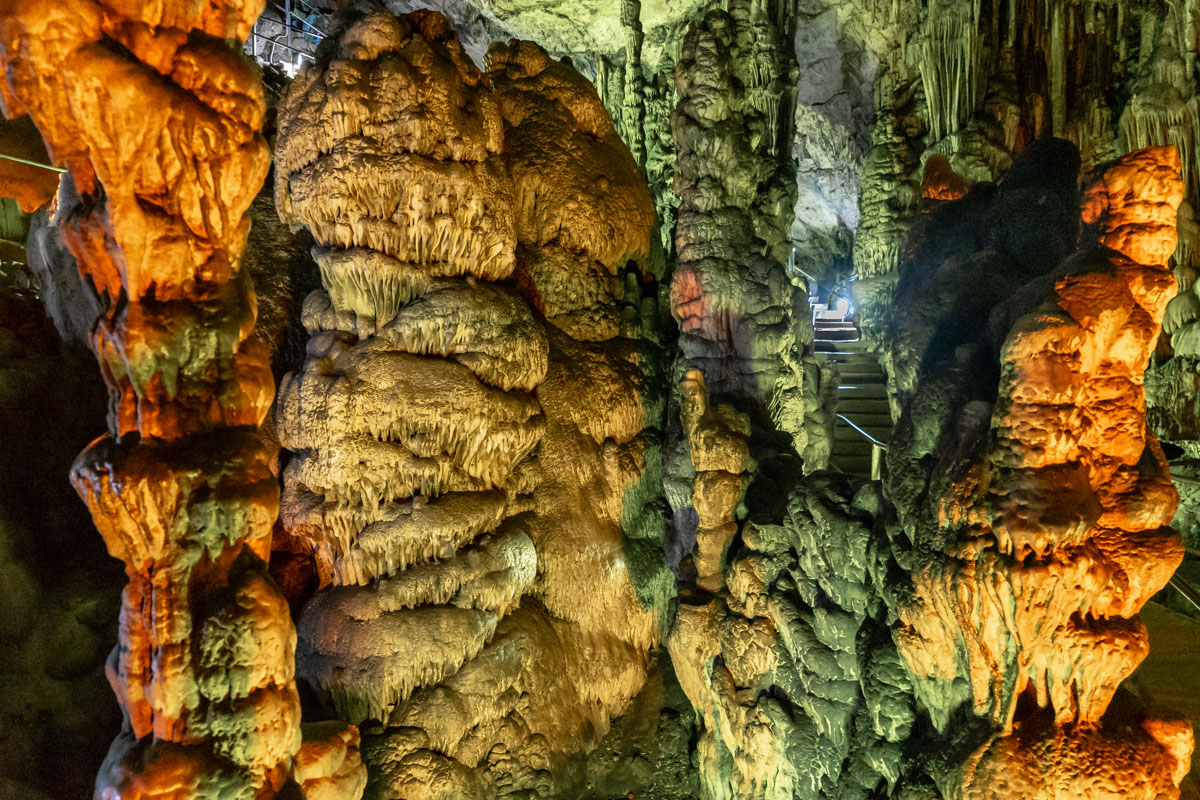 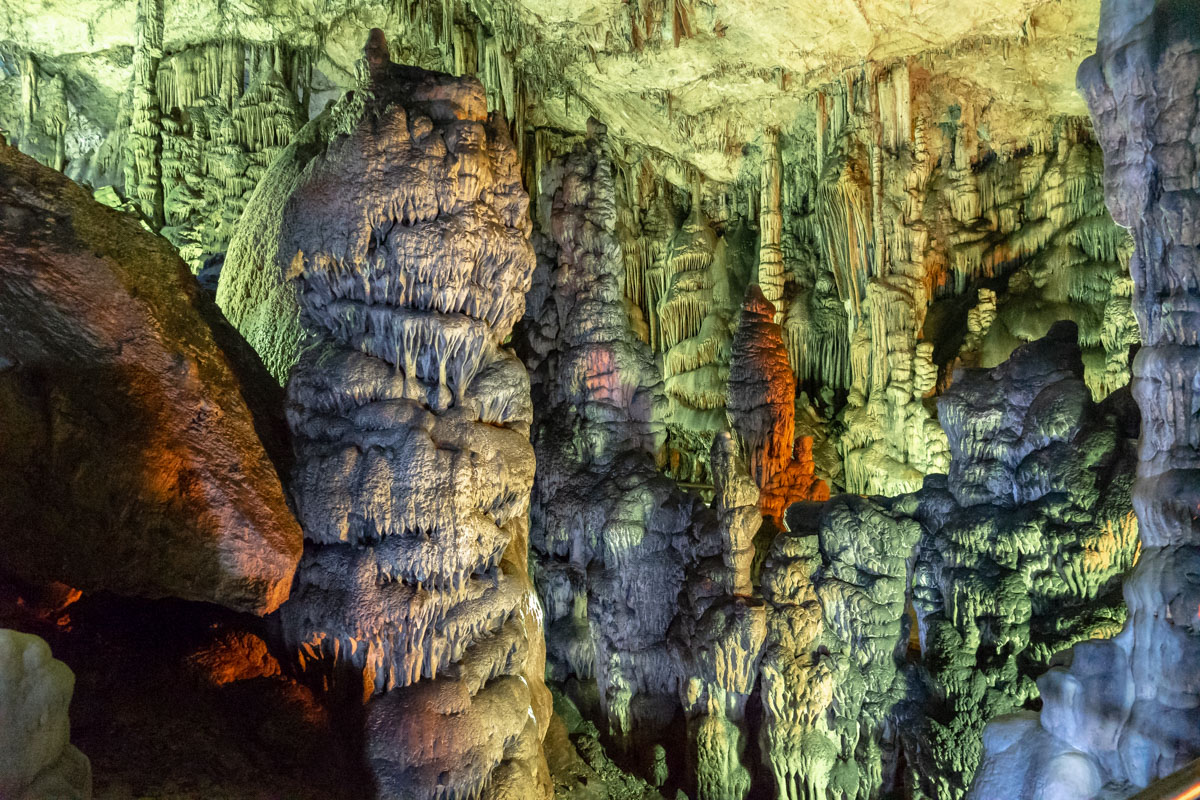 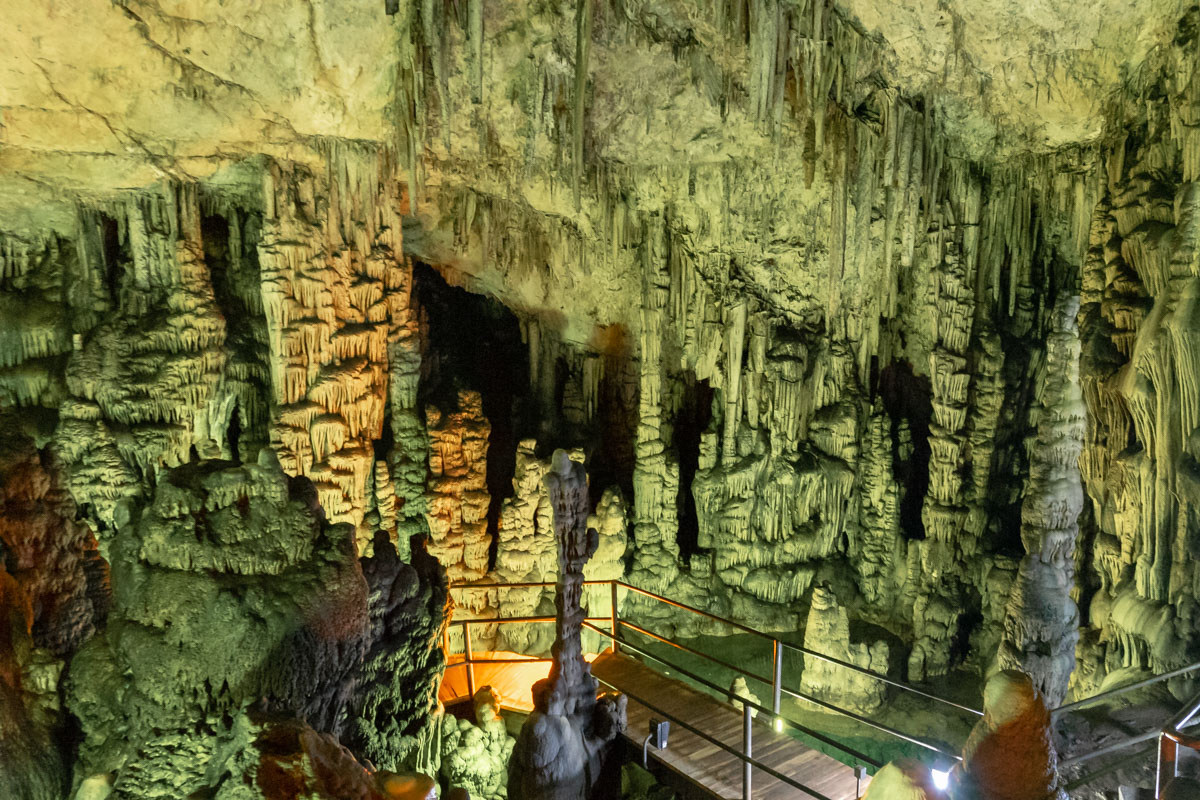 It took us maybe 15 minutes to view the cave, which is about the same time it takes to reach its entrance from the village below, whether on foot or on a donkey (the latter for a separate fee greater than the access to the cave). We have definitely seen more impressive caves, so on balance it was not really worth the effort or the time. Thankfully, the disappointed child had other things to look forward to.

The next morning we departed Crete for Santorini.