The capital of Crete does not offer much in terms of must-see sights (Knossos Palace, by any measure near the top of the list of Crete attractions, has the name of Heraklion region in its address and is located a few minutes’ drive beyond the city boundaries). We budgeted only a couple of hours for exploring Heraklion proper. It is on balance reasonably nice but certainly short of exceptional.

This wide-angle distant perspective provides a bit of support to the above statement. Although there are some interesting structures – such as the Venetian fort that guards the harbor – the waterfront does not look all that fascinating or picturesque, easily overshadowed by the mountains in the background.

A couple of impressive sights do exist in Heraklion, starting with the splendid Saint-Minas Cathedral. 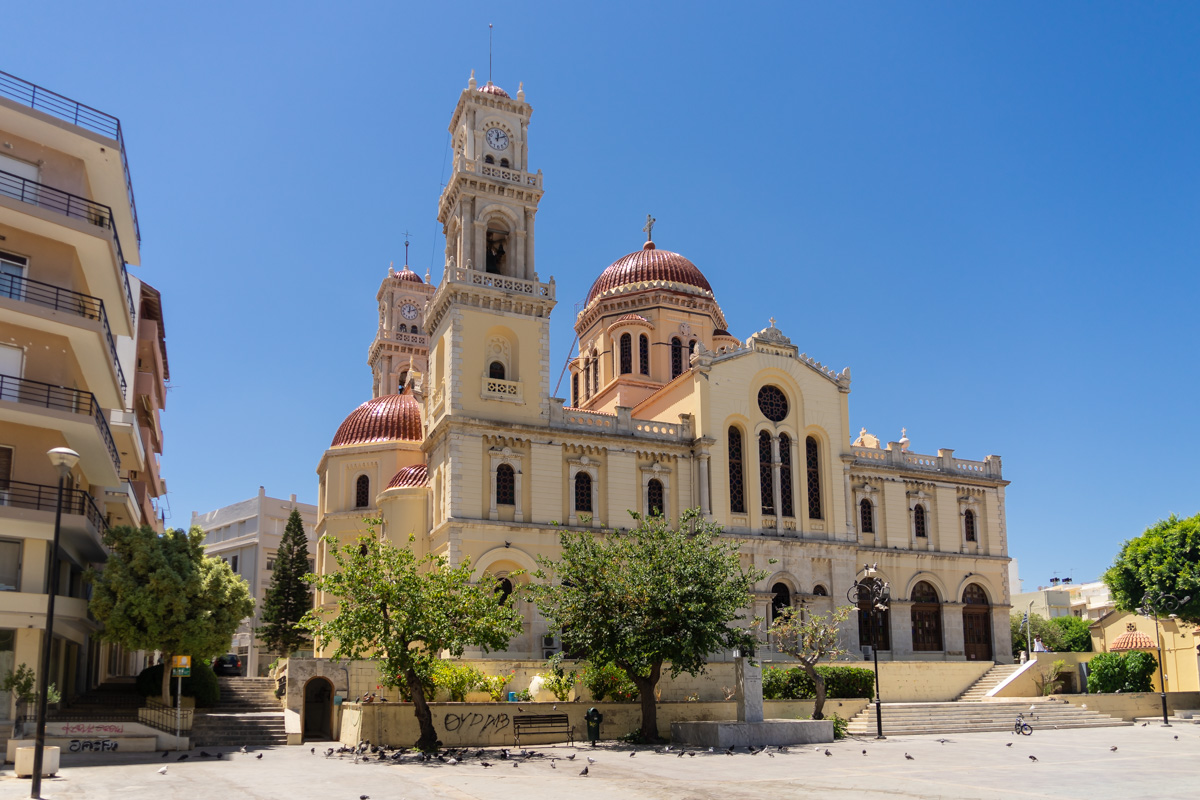 Orthodox churches’ interiors are frequently jaw-dropping, with incredible paintings accentuated by no less incredible woodworks, ironworks, stoneworks, and other crafts. 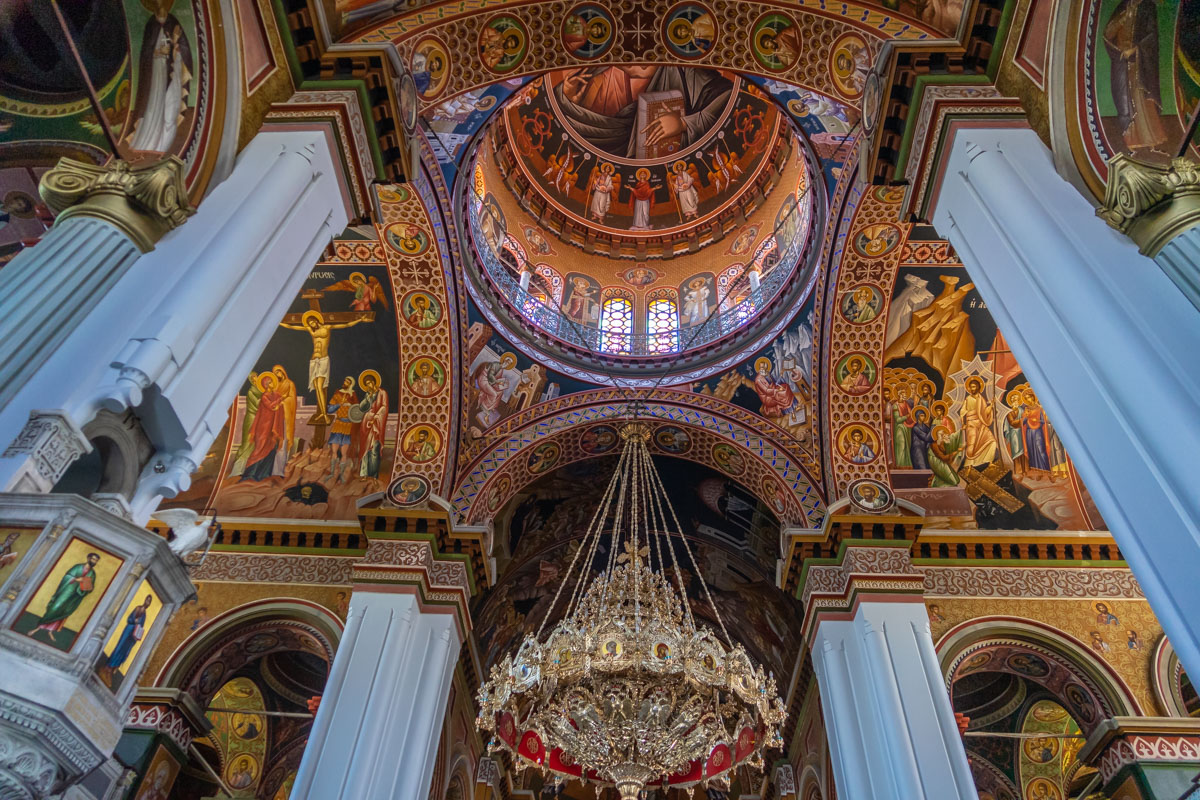 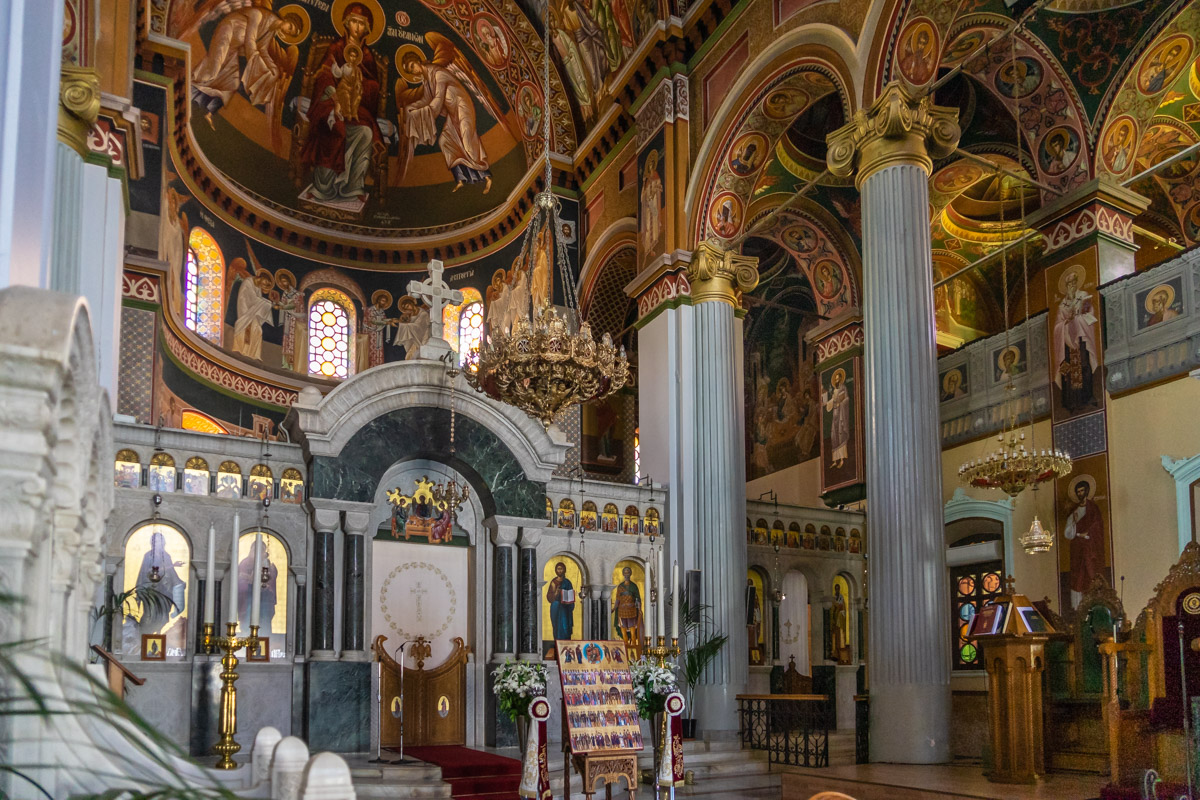 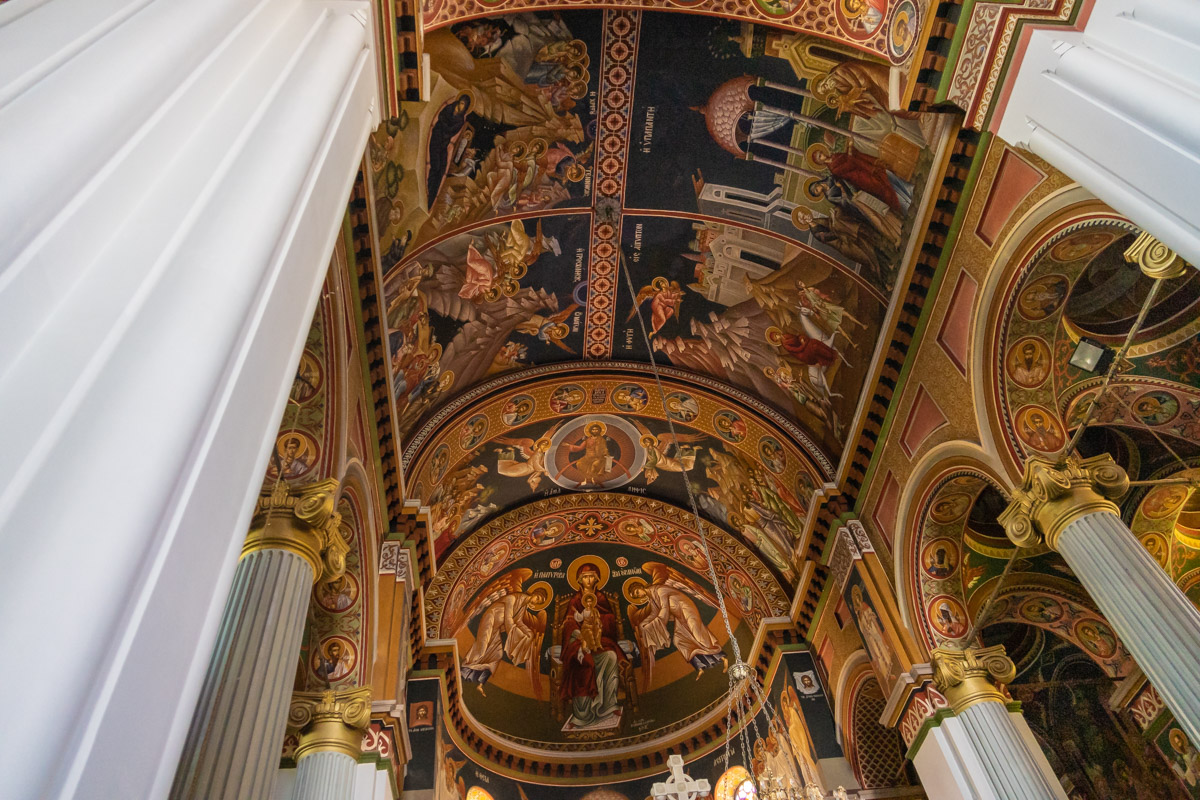 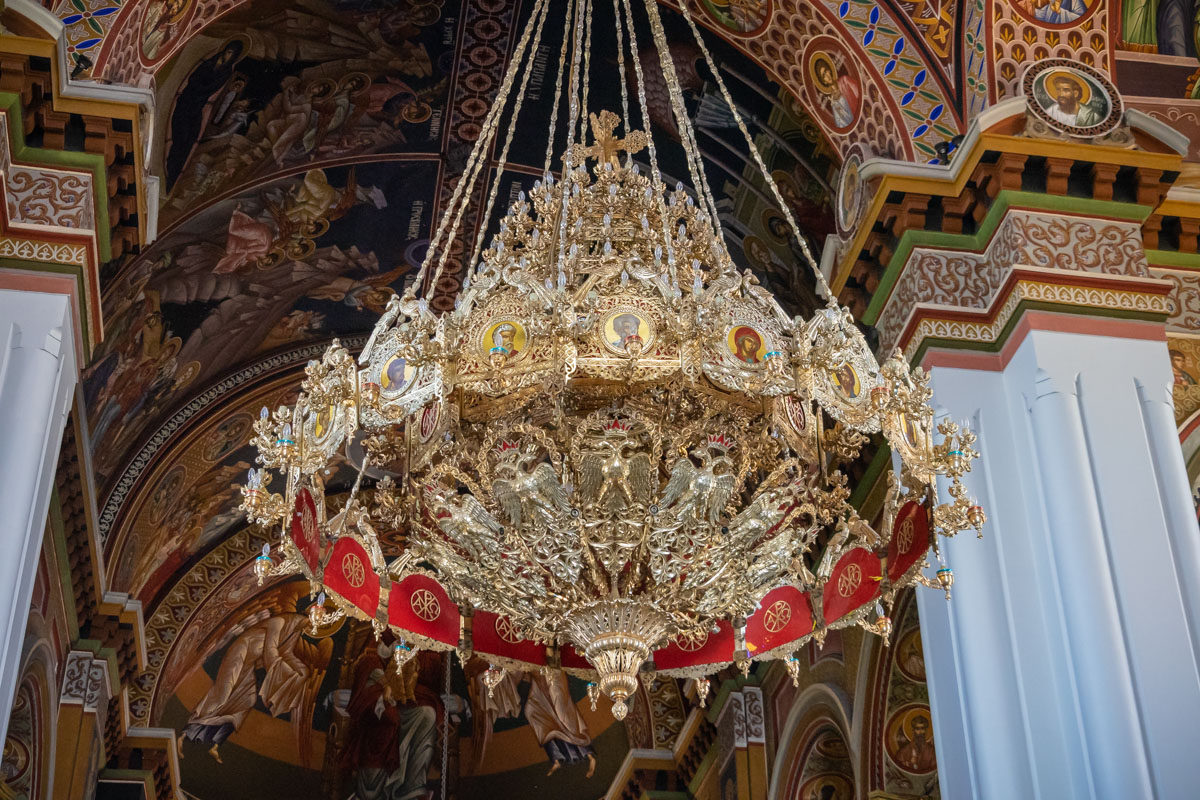 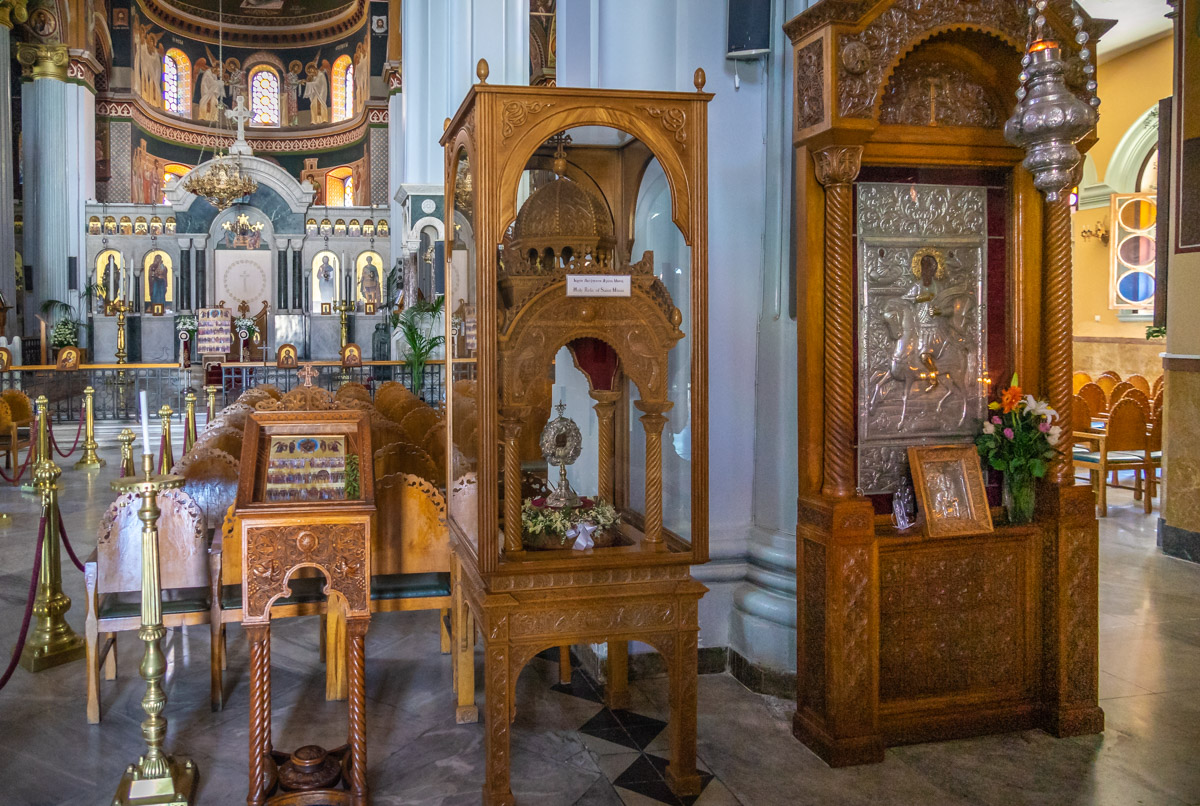 Here is another example – interior of Basilica of Saint-Titus. 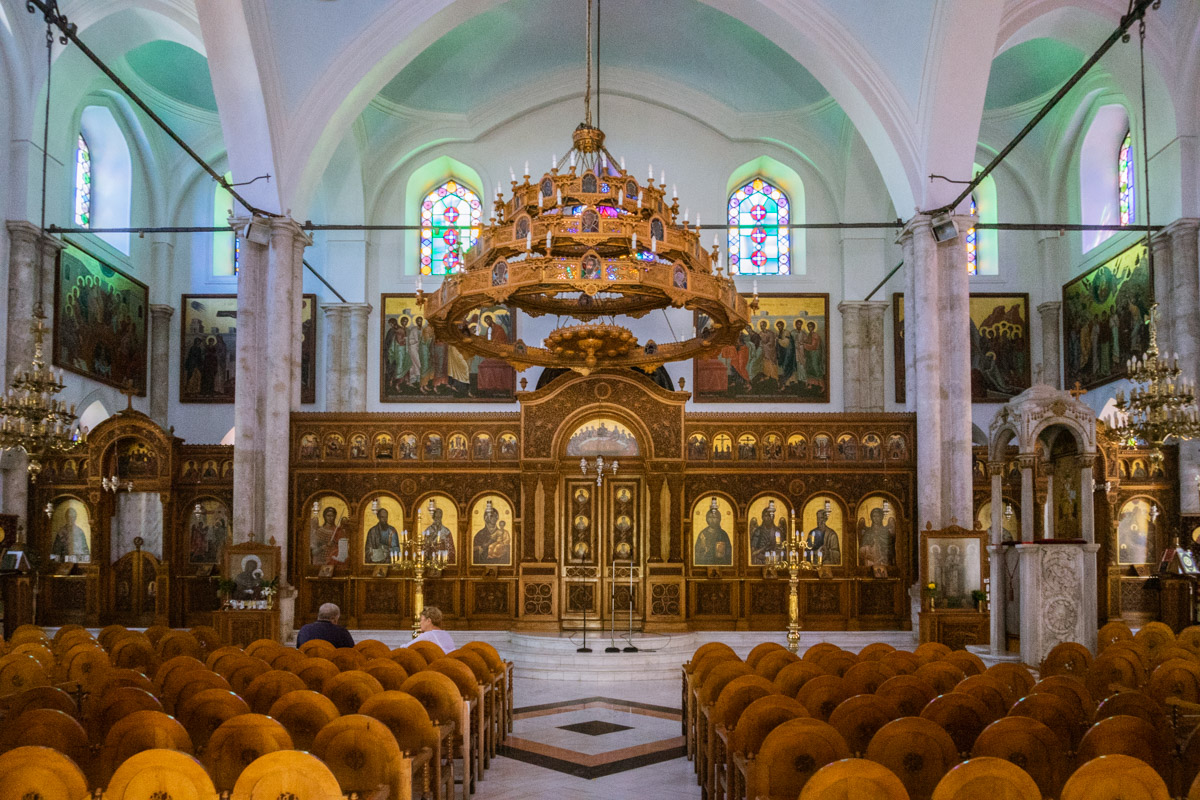 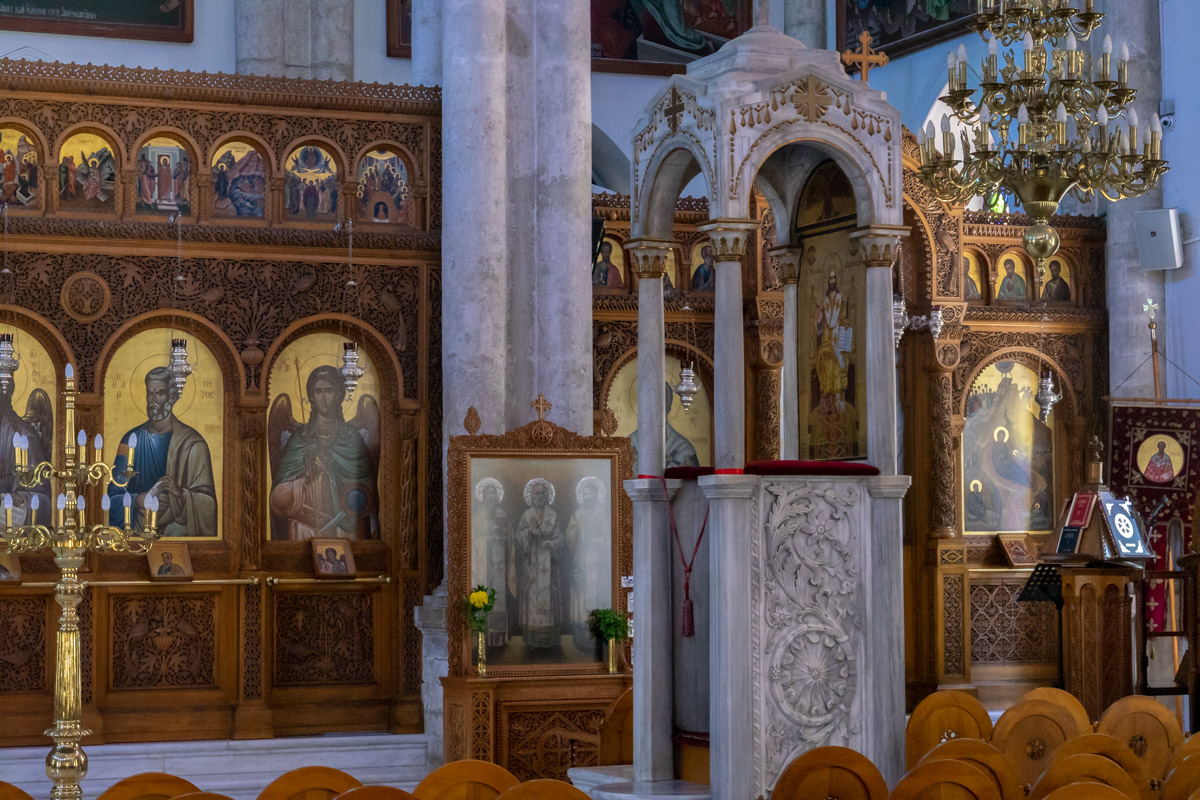 In the pedestrianized and fairly tourist-oriented central Heraklion, one can occasionally come across an architectural gem such as this Venetian loggia of the 17th century. 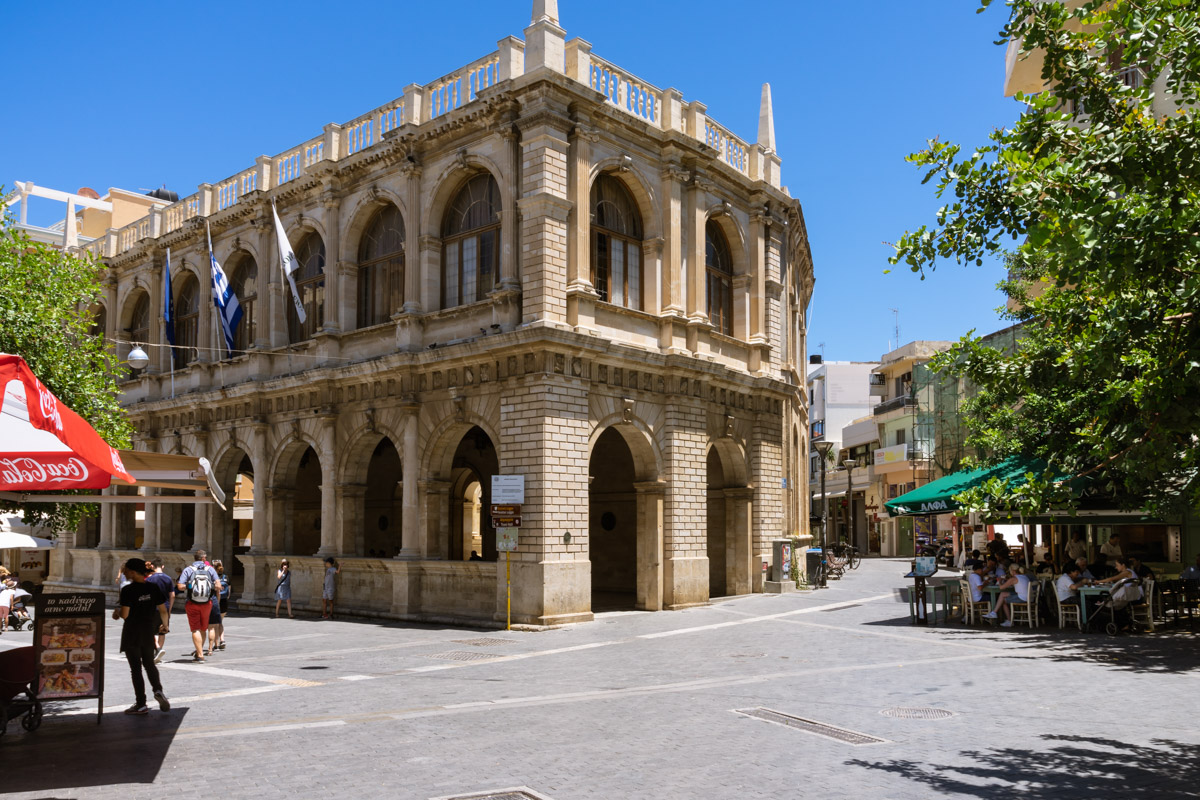 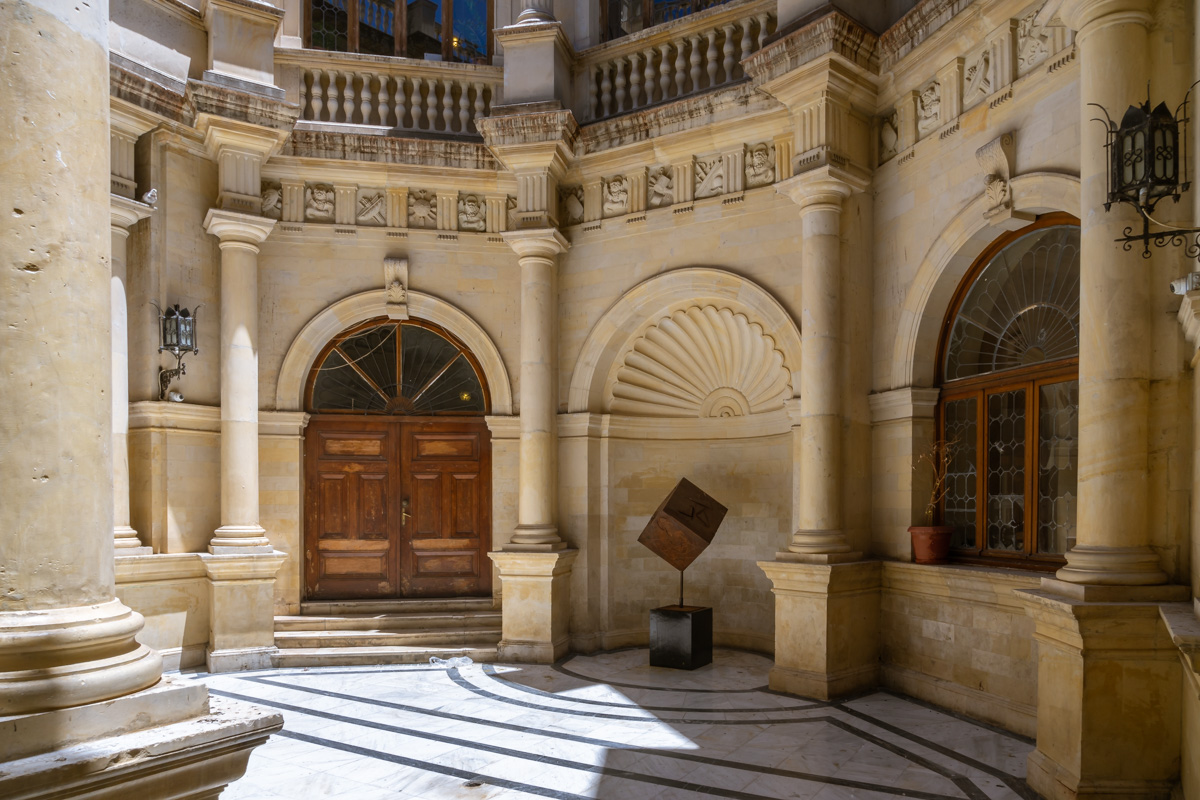 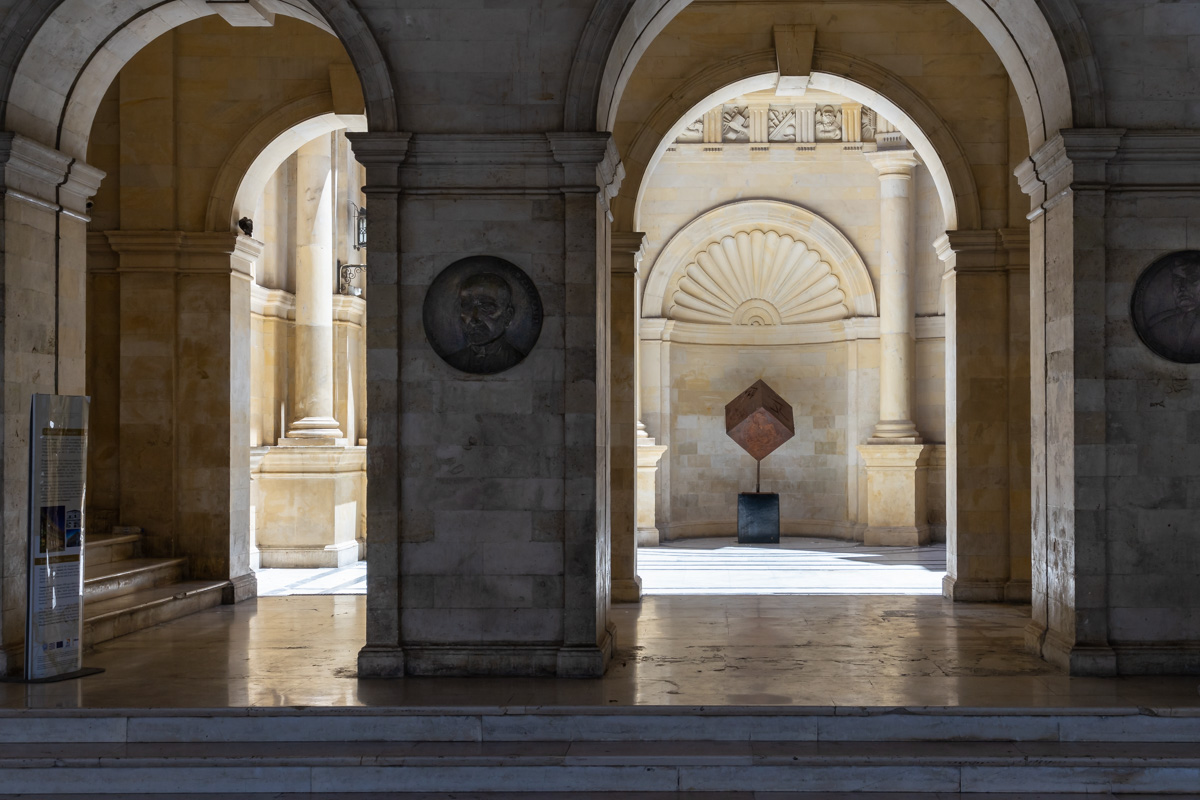 The fortress by the harbor – called interchangeably either Rocca al Mare or Koules – is also part of the Venetian heritage, built in the 16th century. 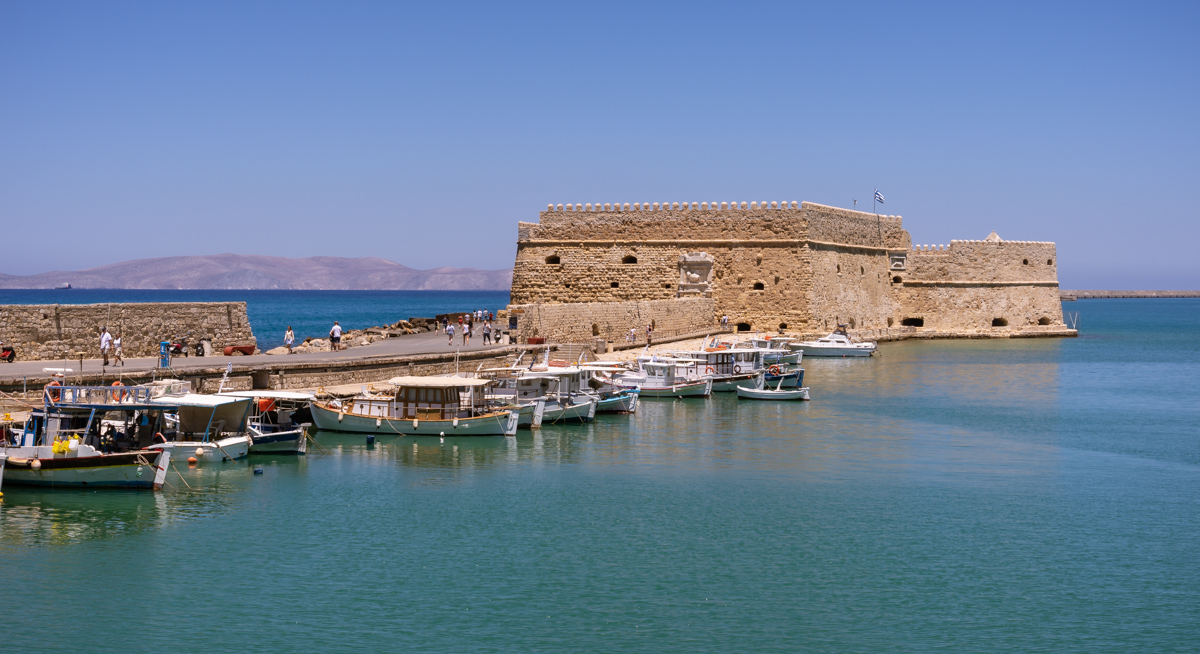 Venice held Crete for over four centuries and left some obvious marks of that, such as this recognizable emblem on each wall of Koules. 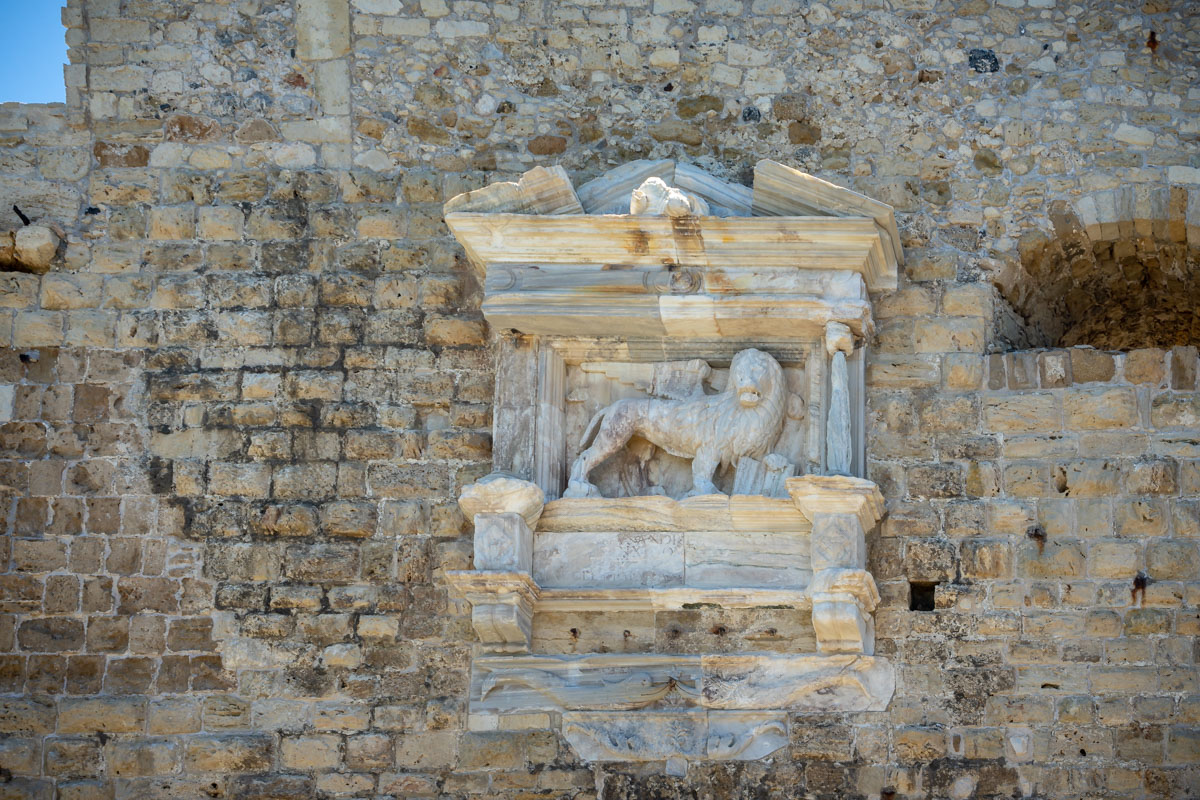 The rooms of the fortress hold a small historical and archaeological collection, but the highlight of the visit here are the ramparts, with views to the sea and the island of Dia… 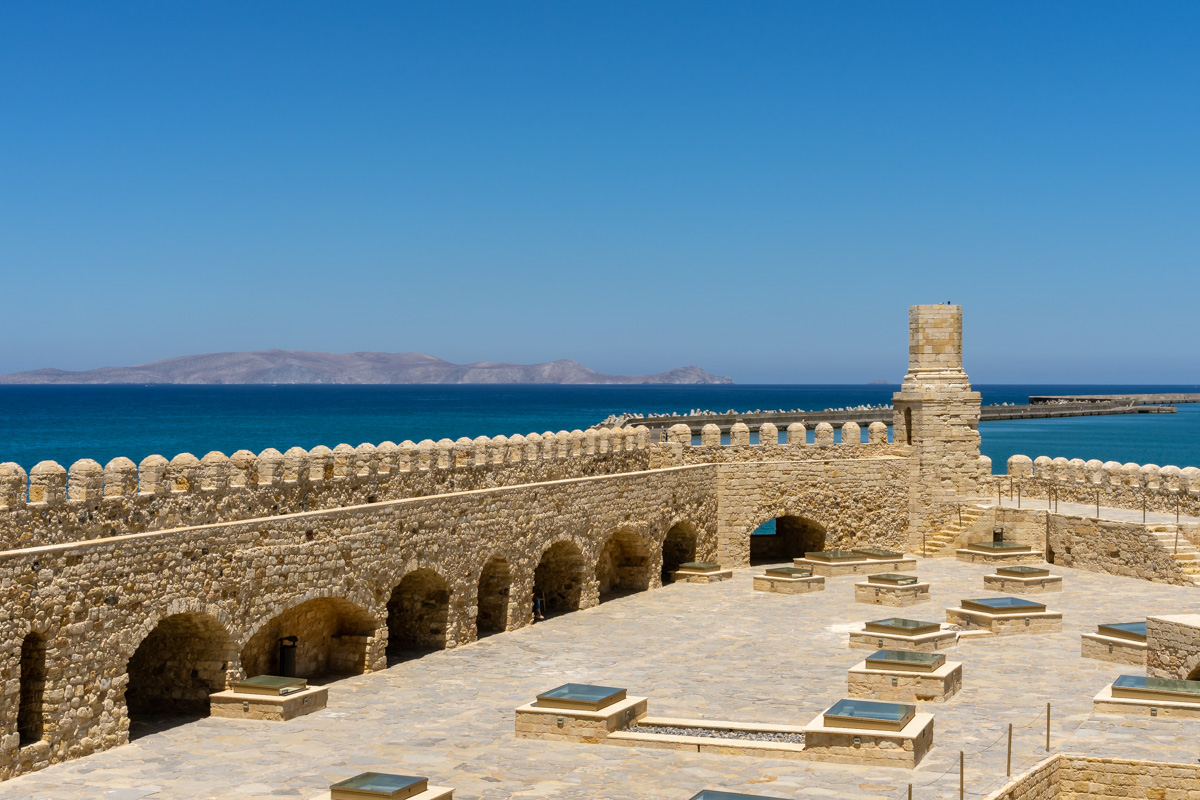 … and also to the city waterfront. 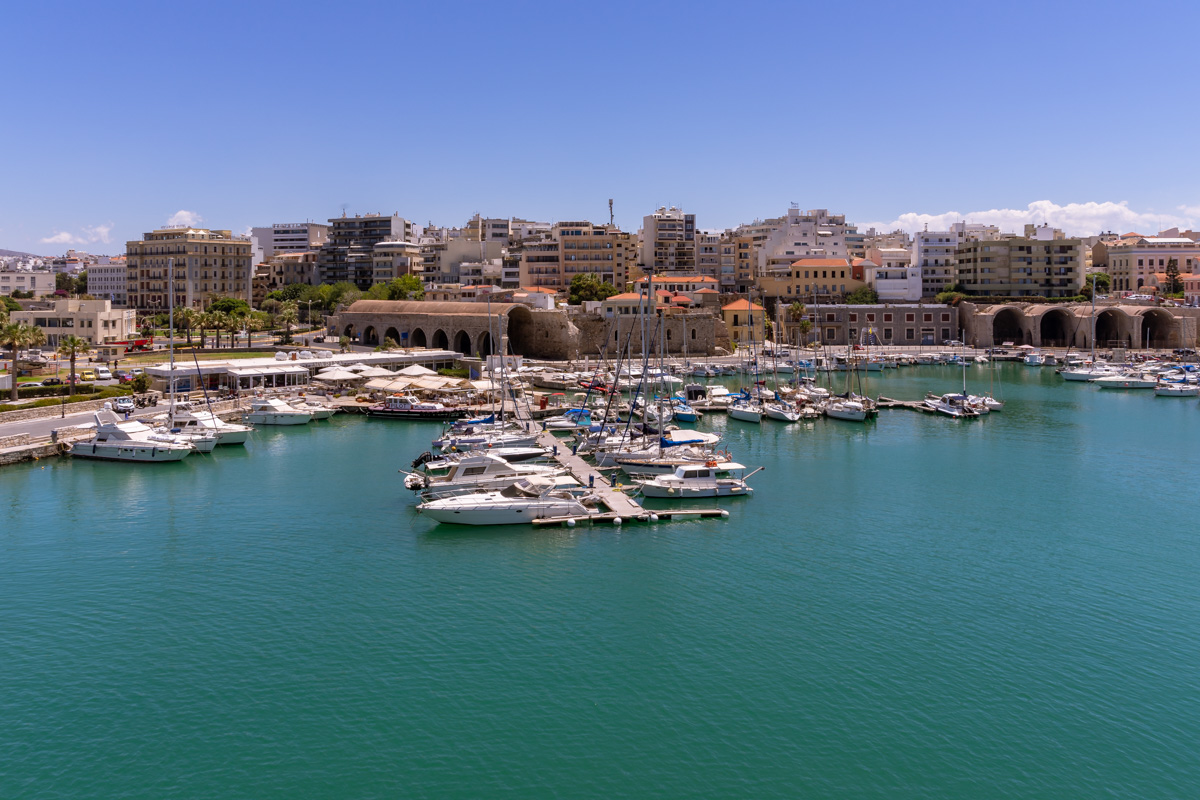 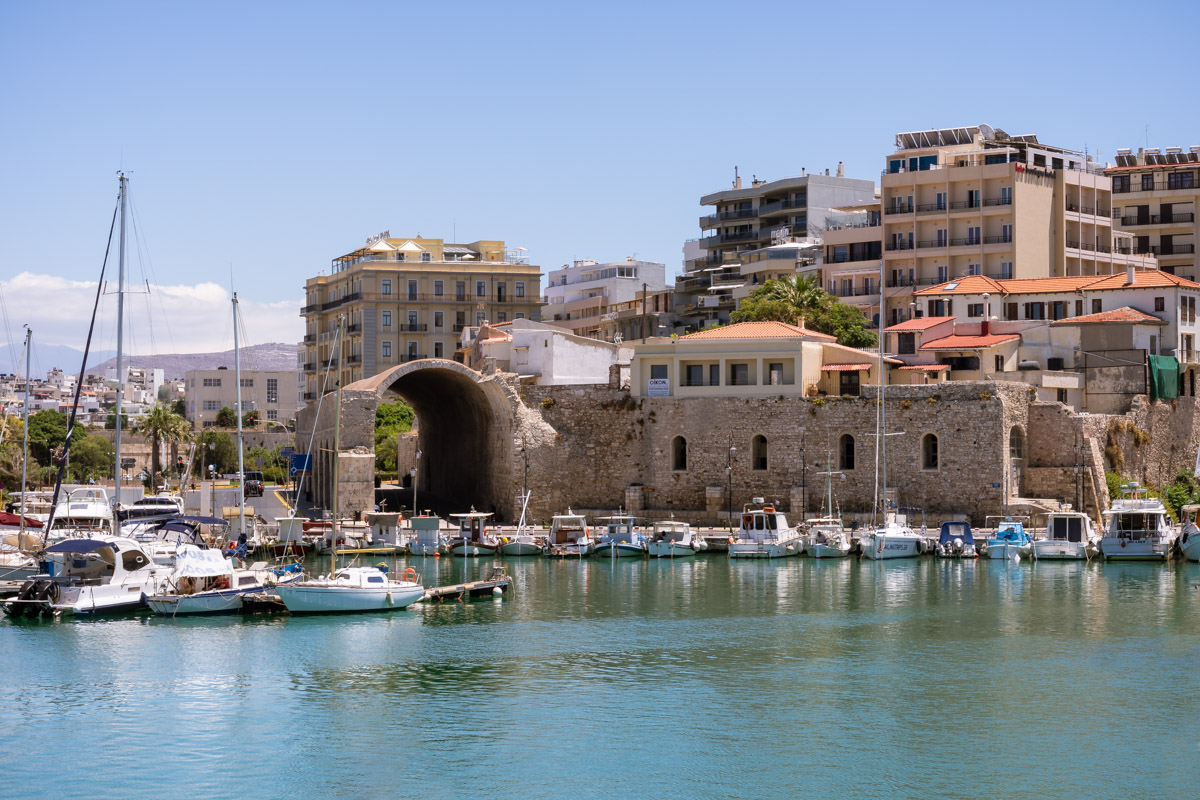 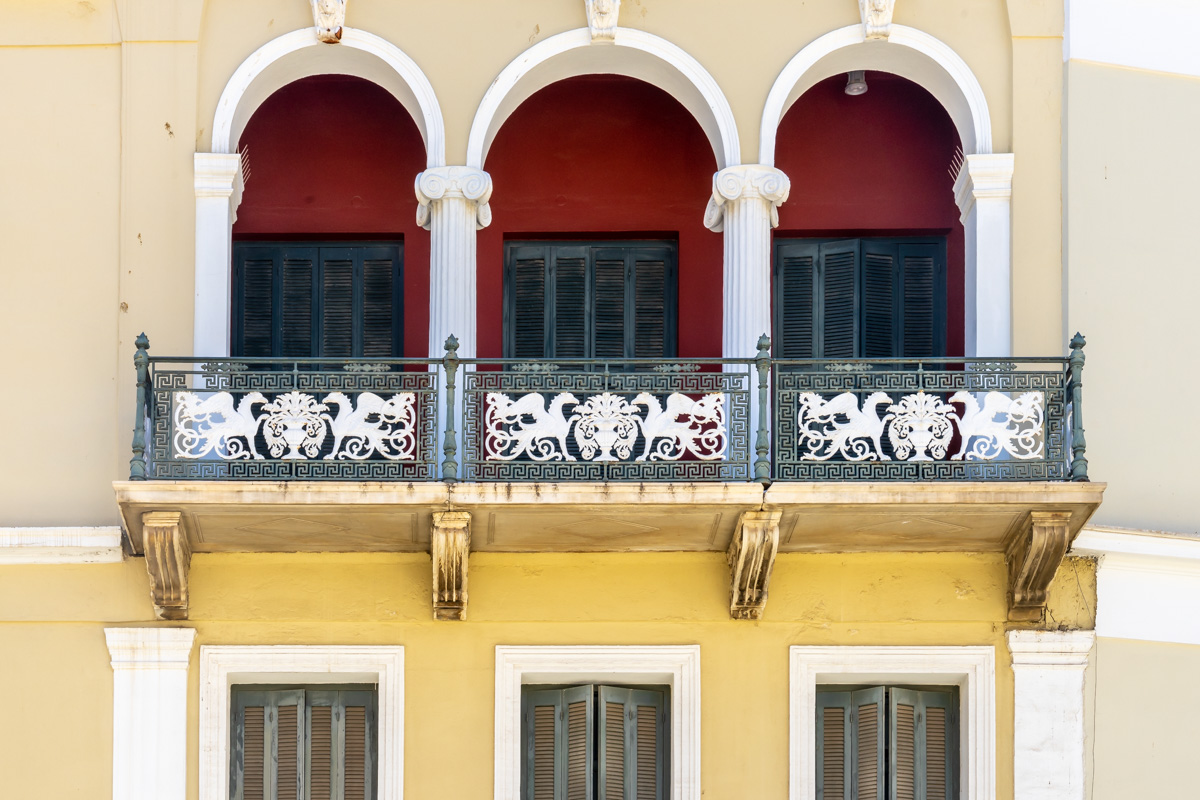 The marked – and relatively frequently found in Greece – contrast between a quaint church and the largely nondescript surrounding architecture. 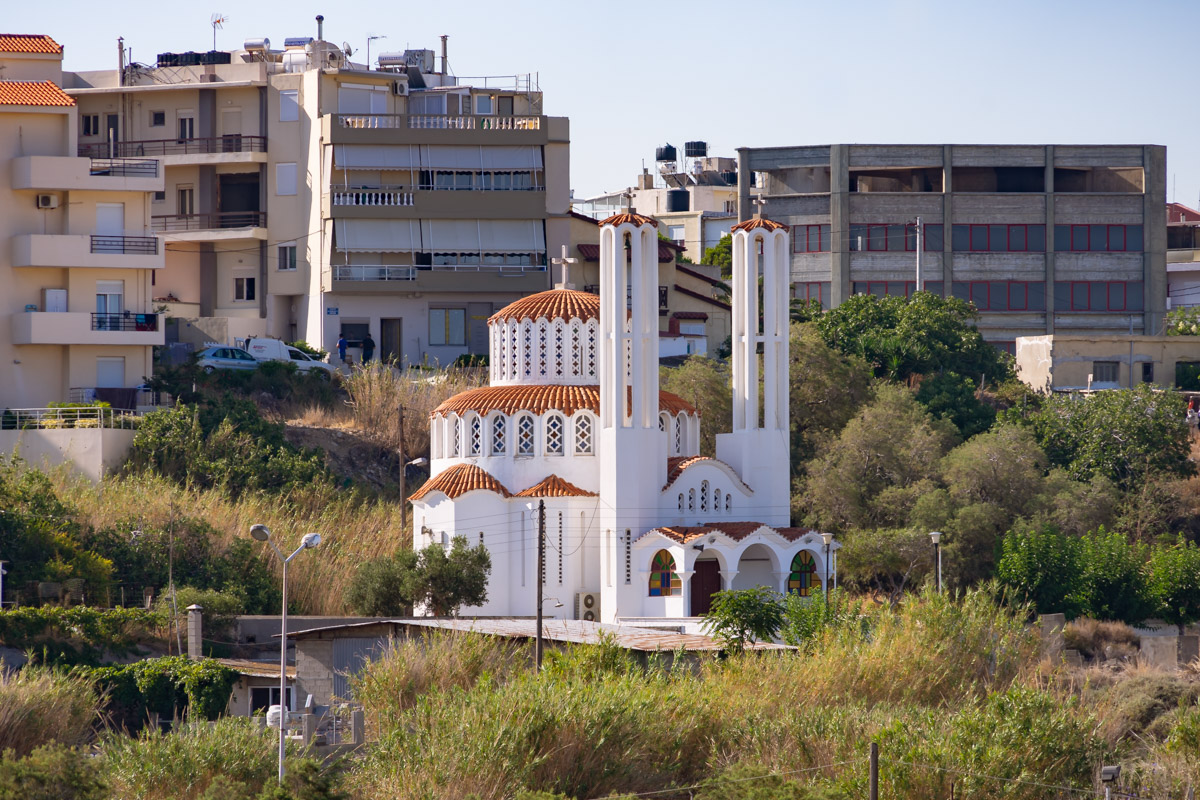 One more look at the low-rise city from the deck of an inter-island ferry. 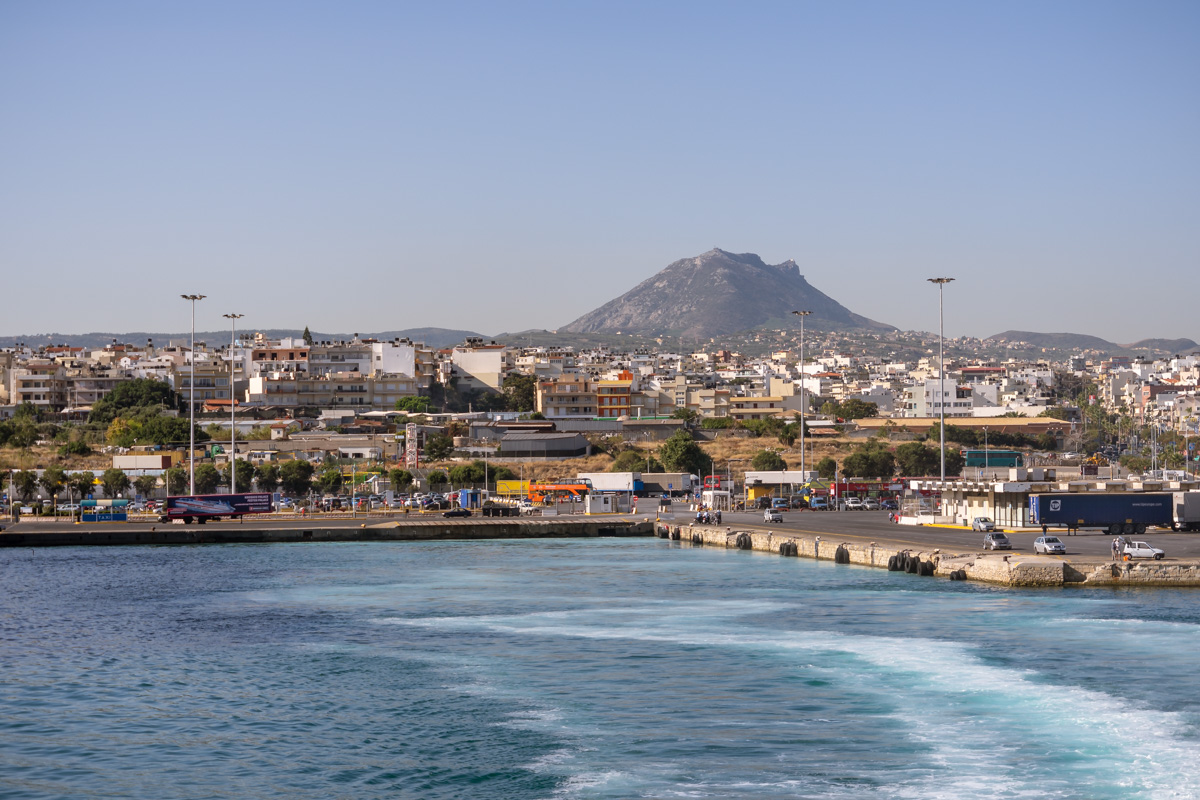 Not exactly disappointing, but not earning too many superlatives either. Most of the people come to Crete primarily for the sun and the beaches anyway…