In our two-plus weeks in Greece this past summer, we have purposefully visited 8 archaeological sites and probably saw just as many in passing. That should not be surprising to anyone, as there are few countries in the world as firmly associated with ancient civilizations as Greece.

Crete was the center of the Minoan civilization for two and a half millennia until about the 12th century B.C. Of the several Minoan sites on the island, Knossos Palace is the most visited and probably the most important. 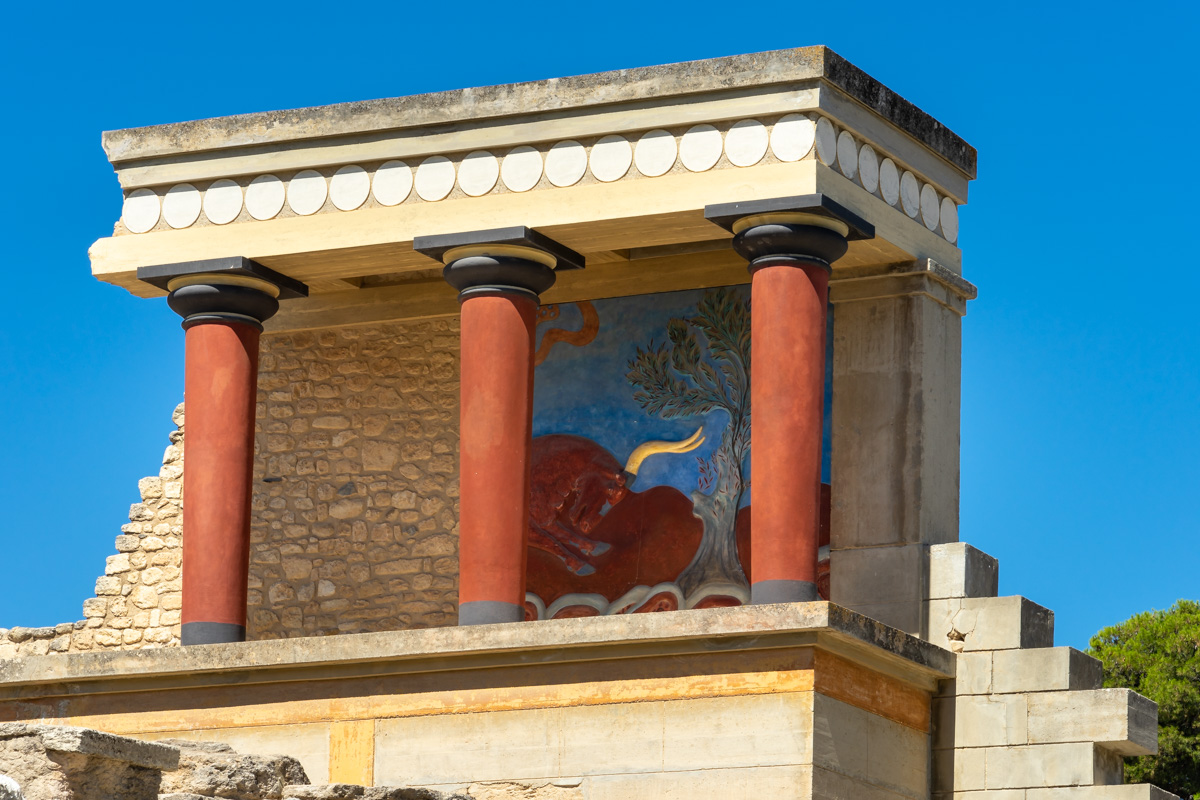 Although British archaeologist Arthur Evans, who excavated Knossos in the early 20th century, firmly placed the palace as the residence of the mythical King Minos (and named the whole civilization after him), you will not find any remains of the Minotaur’s Labyrinth here. Instead, among the ruins of stone walls and buildings, you will find partial recreations of structures as they existed thousands of years ago. While the relatively young age of these recreations is obvious to the naked eye, they are considered very faithful facsimiles. 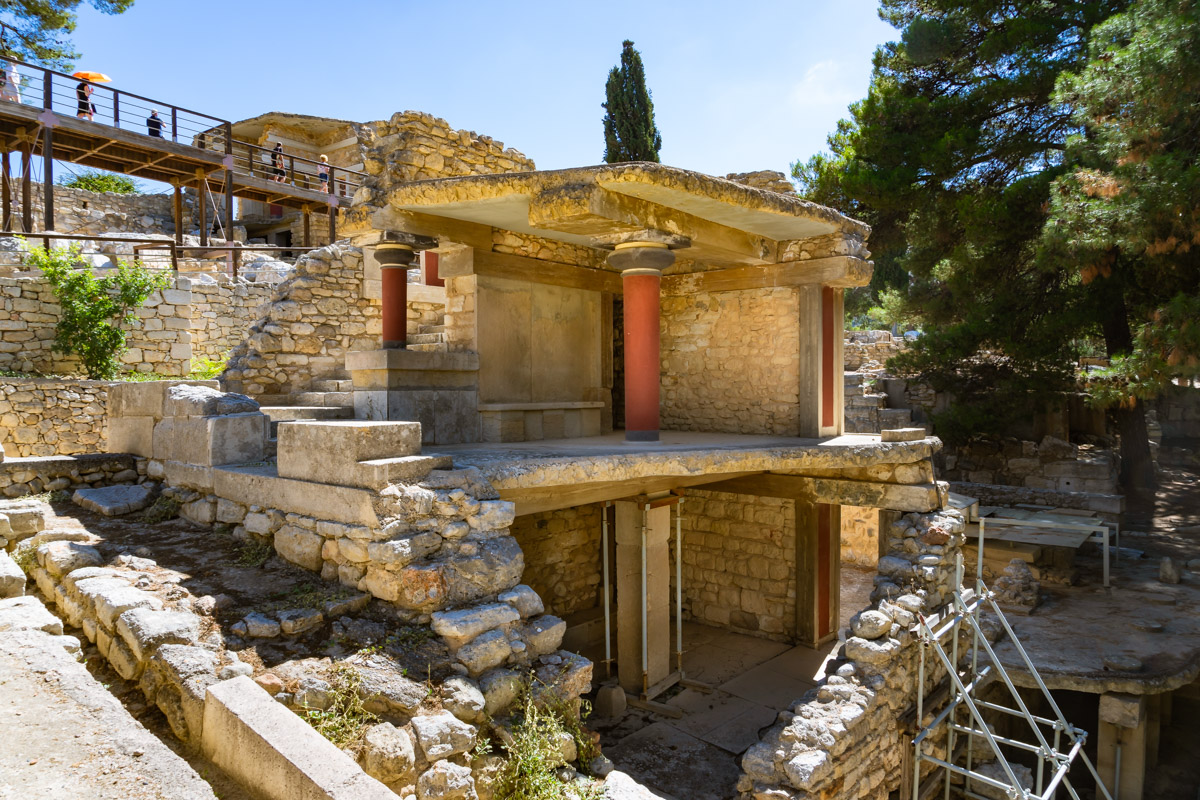 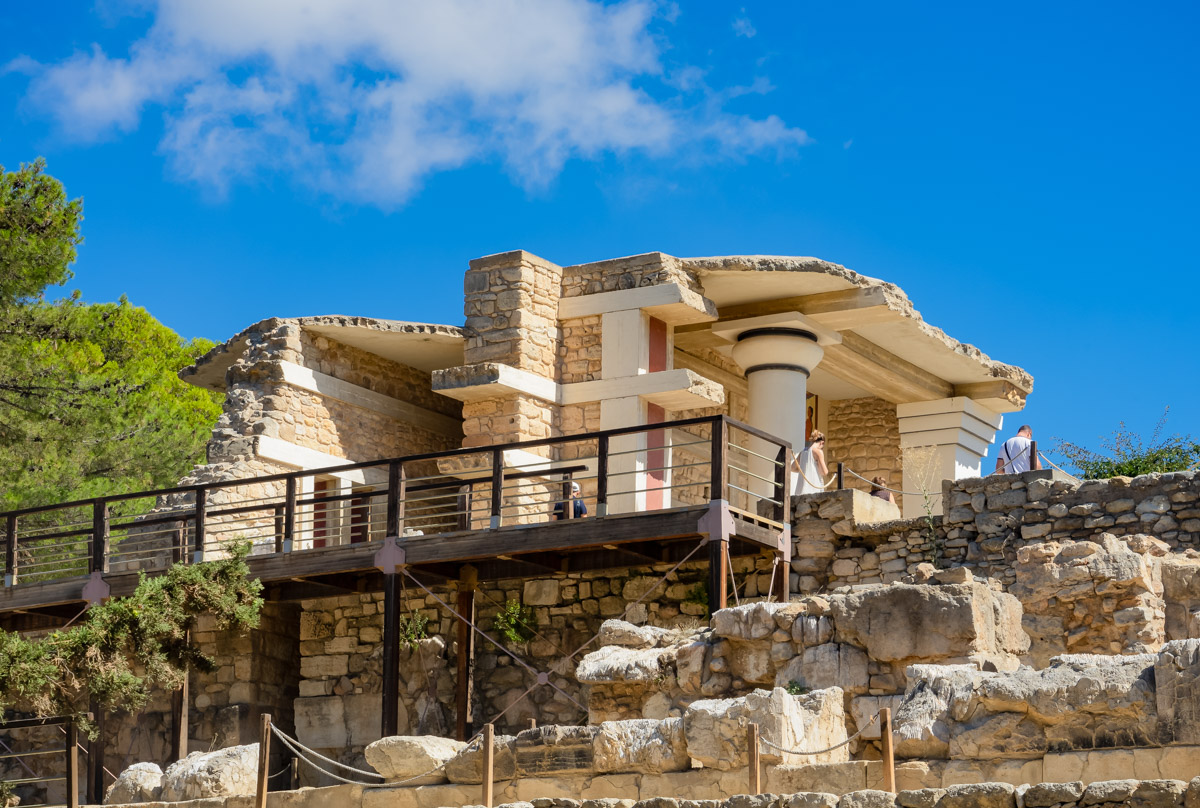 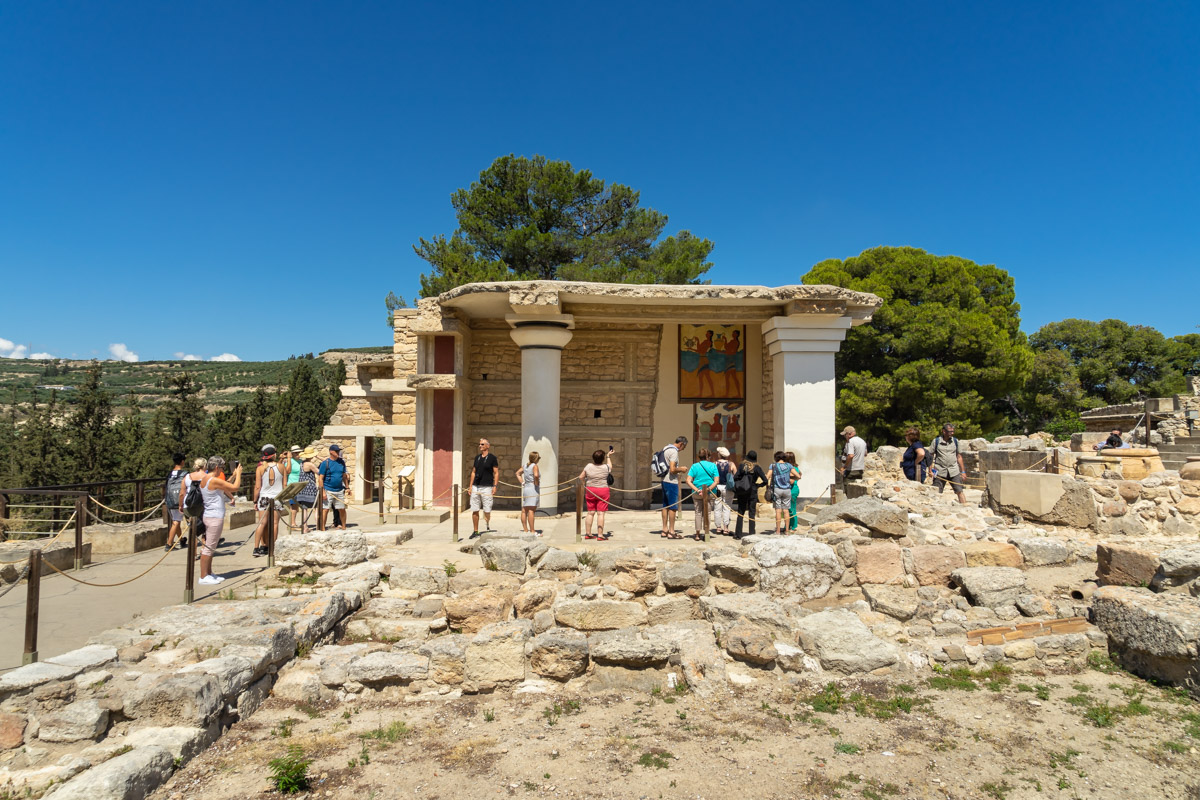 There are a couple of interior spaces among the recreations… 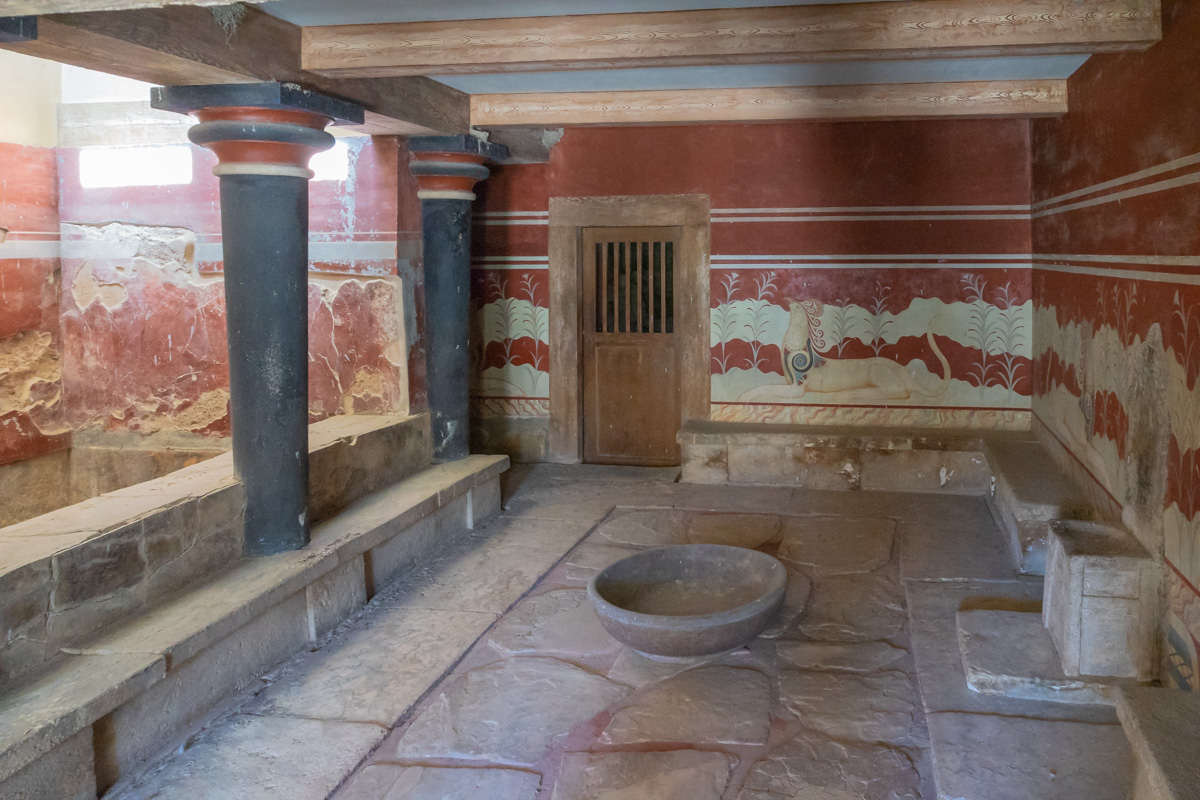 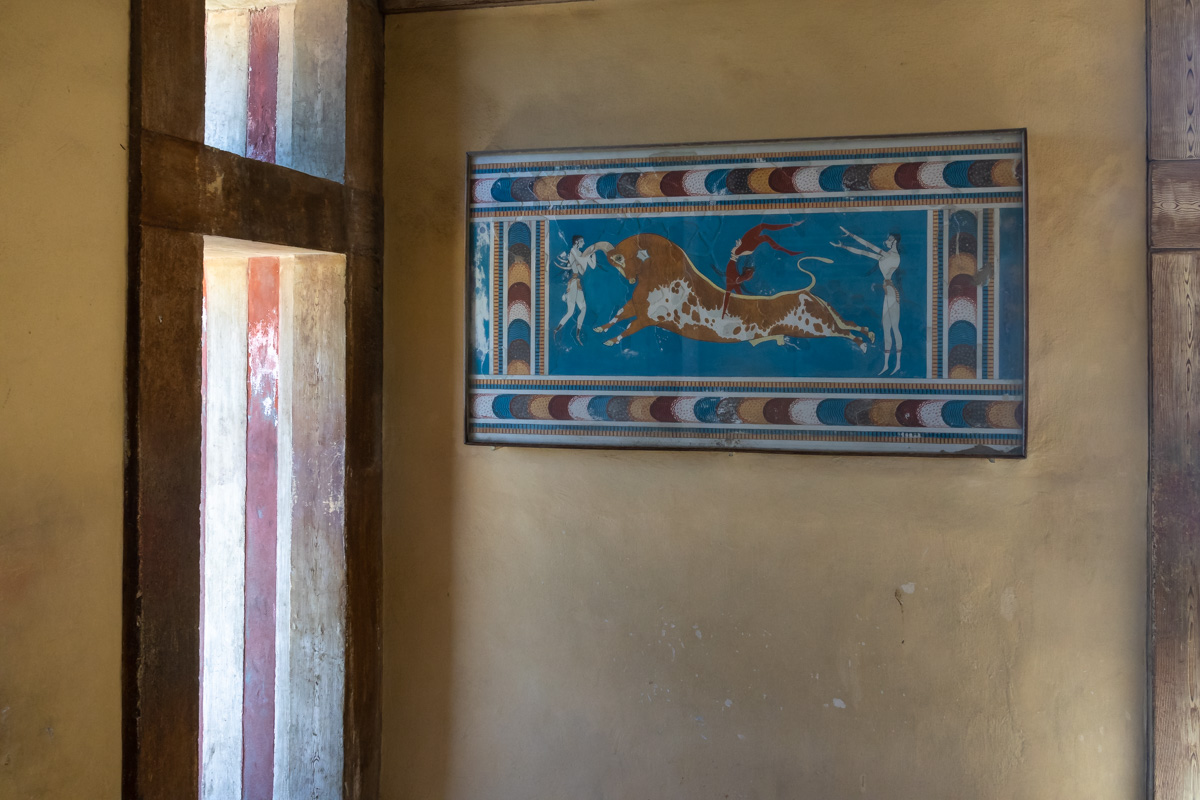 … and the paintings – none of which are originals, of course – enliven the scene a lot. 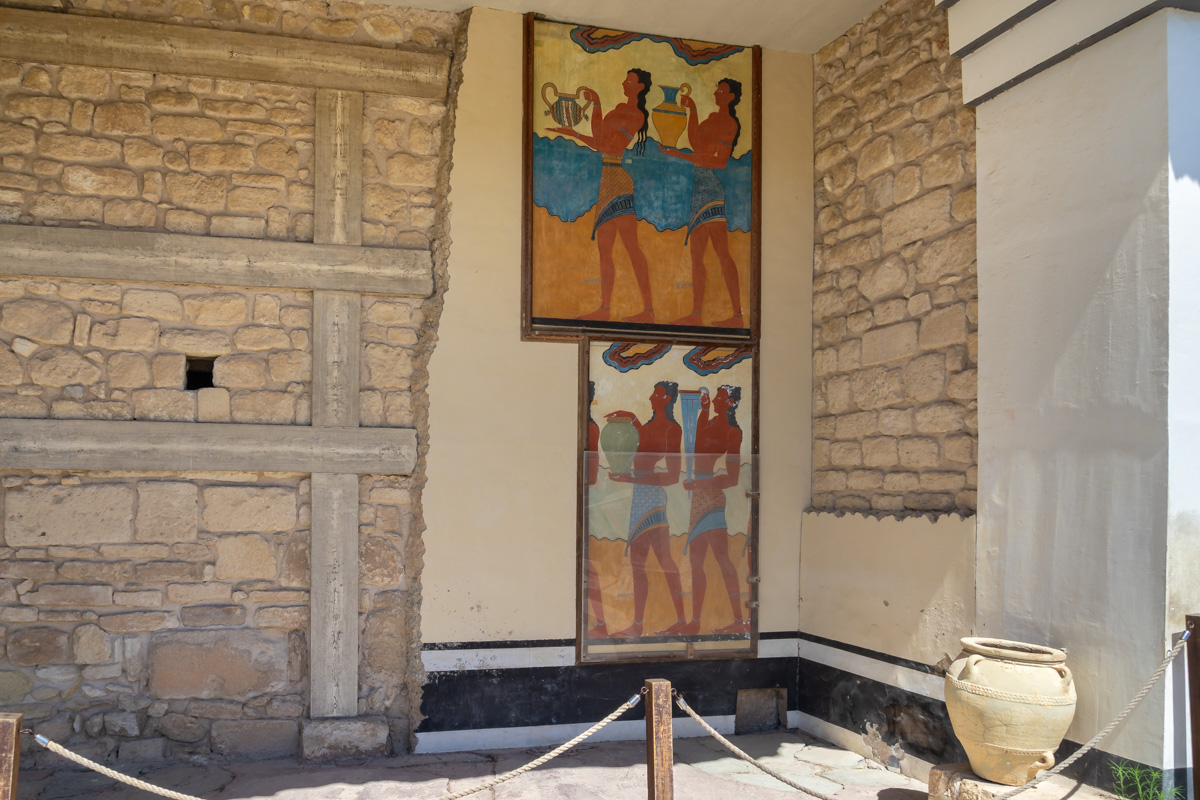 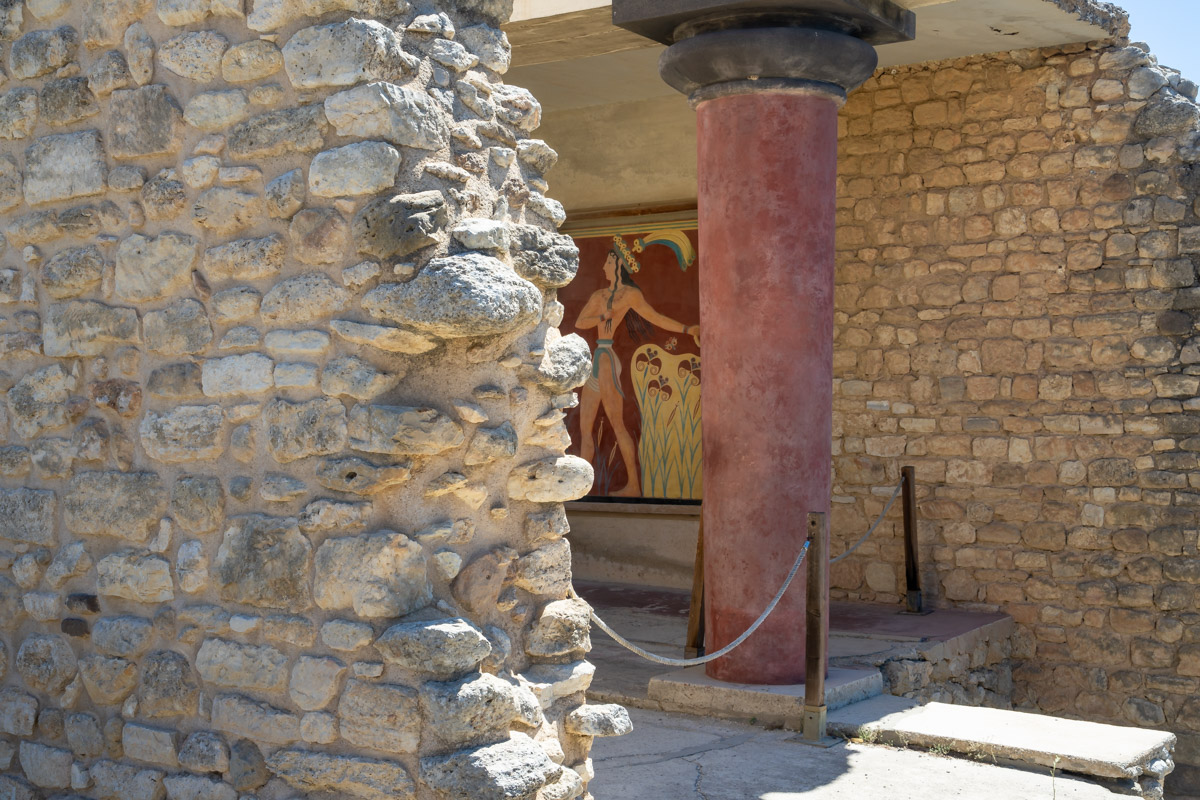 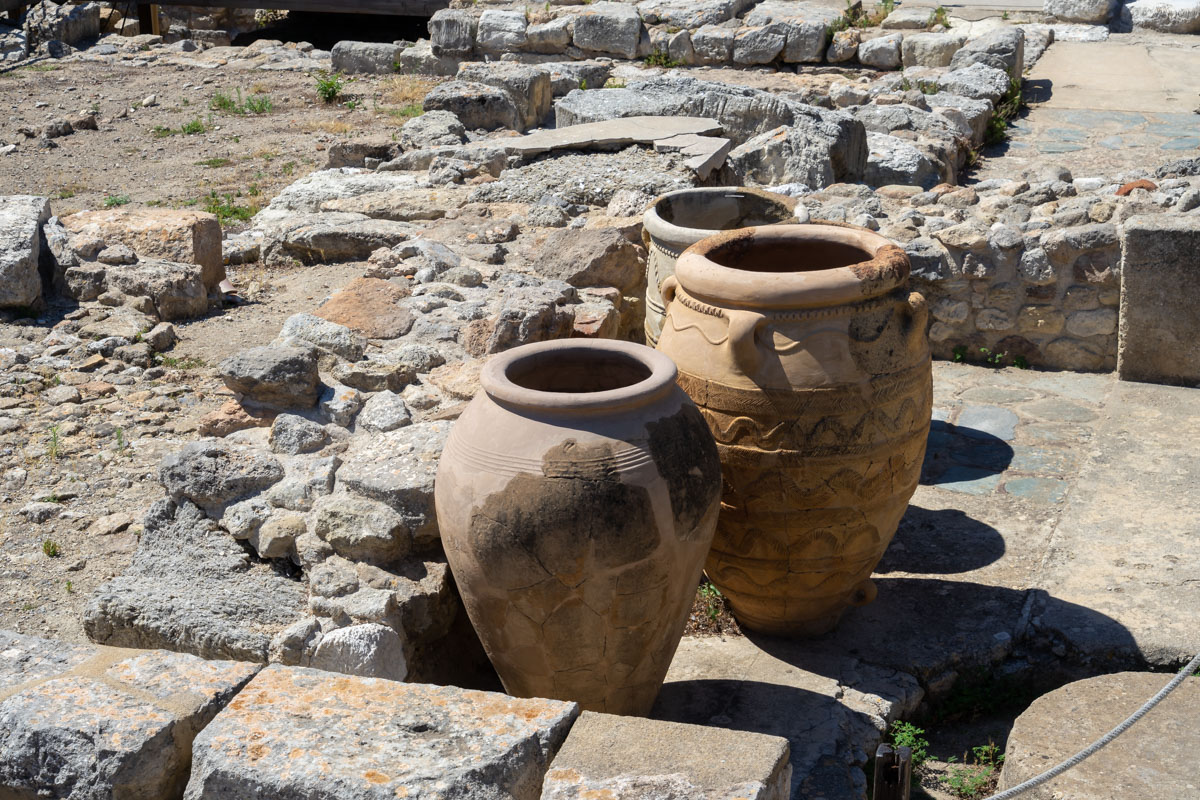 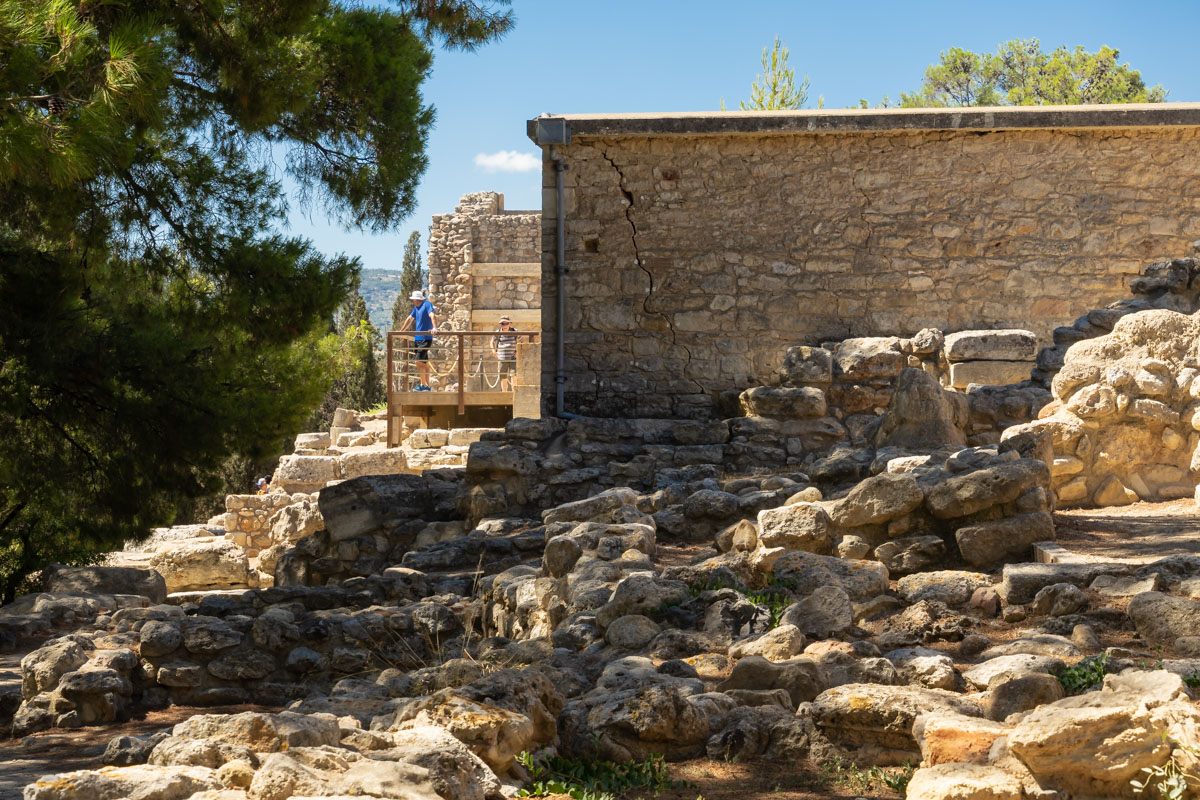 All of that makes Knossos almost “livable”, especially compared to a site such as Phaistos. The two are contemporaries, although Phaistos Palace came to ruin and disuse a few centuries earlier than Knossos, around 1450 B.C. There are no reproductions at Phaistos, only whatever has been excavated in the shape that it was found. An expert in archaeology may actually find that more authentic and rewarding. For a layman visitor, an uncommon power of imagination is required to discern anything more than terraces of piles of rocks, no matter how much explanatory details are provided in the accompanying materials. 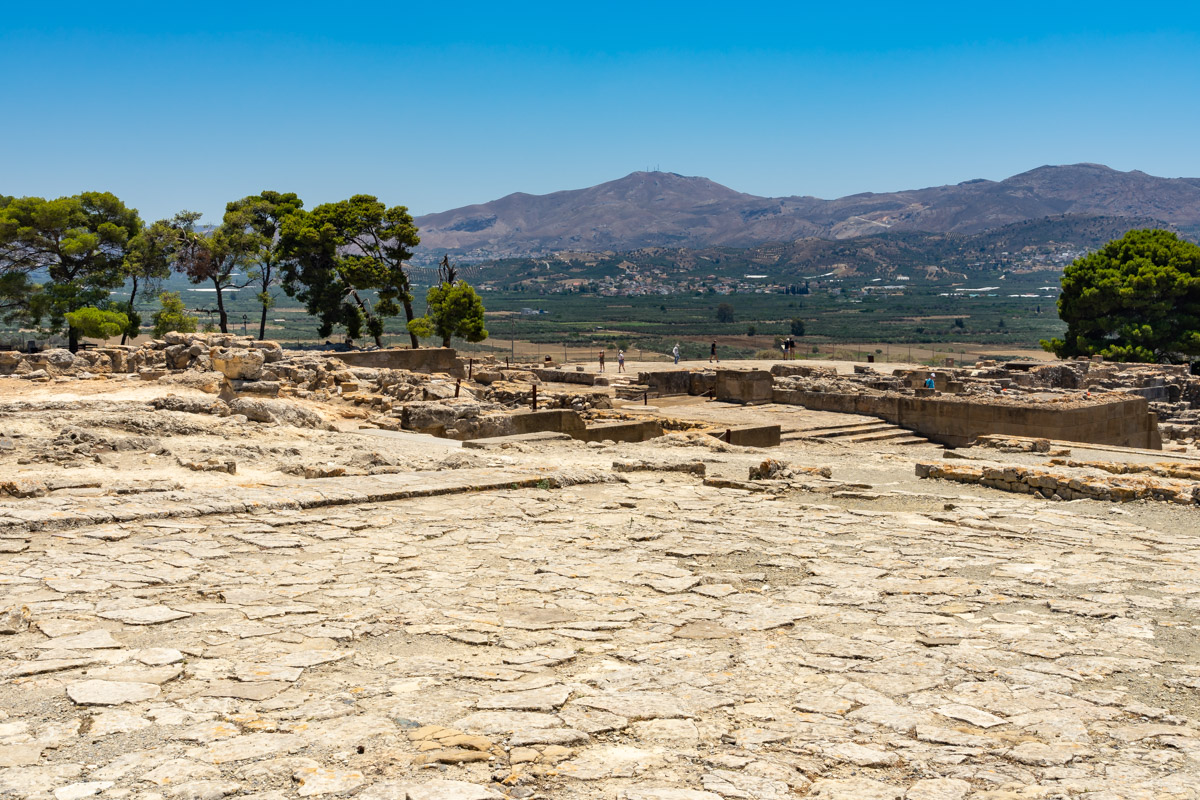 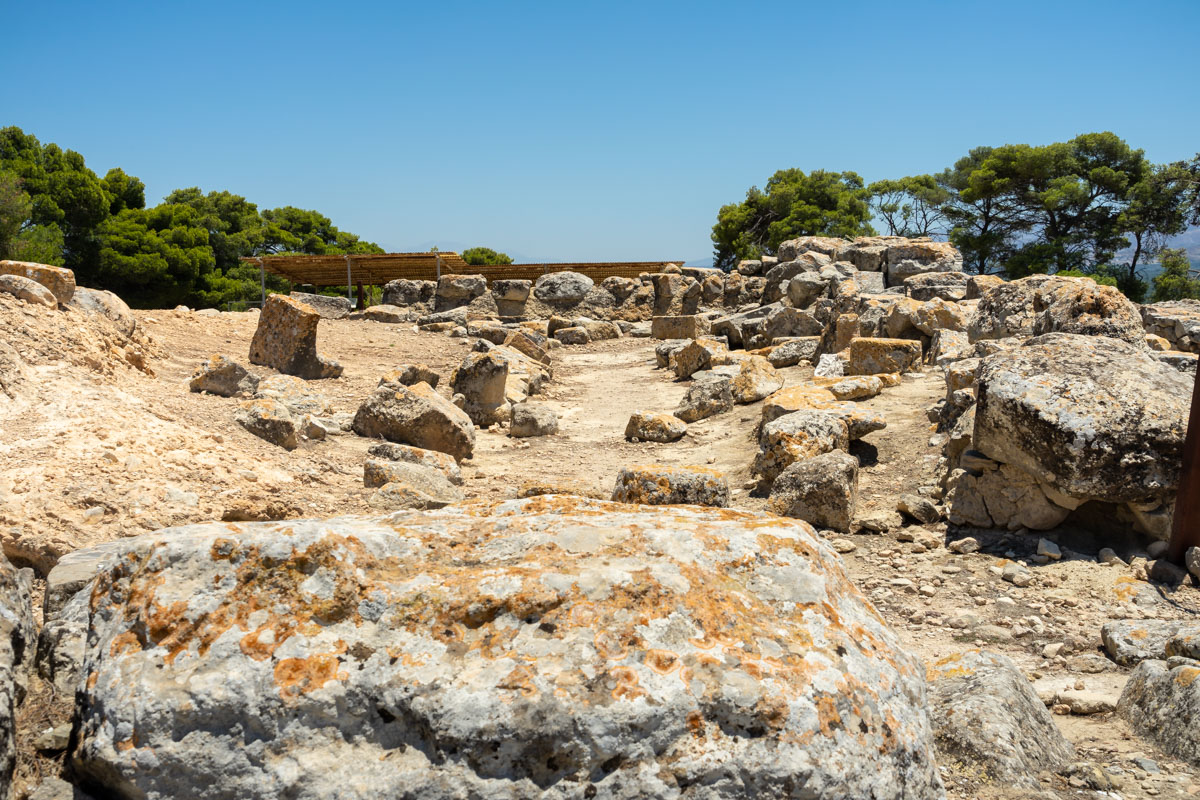 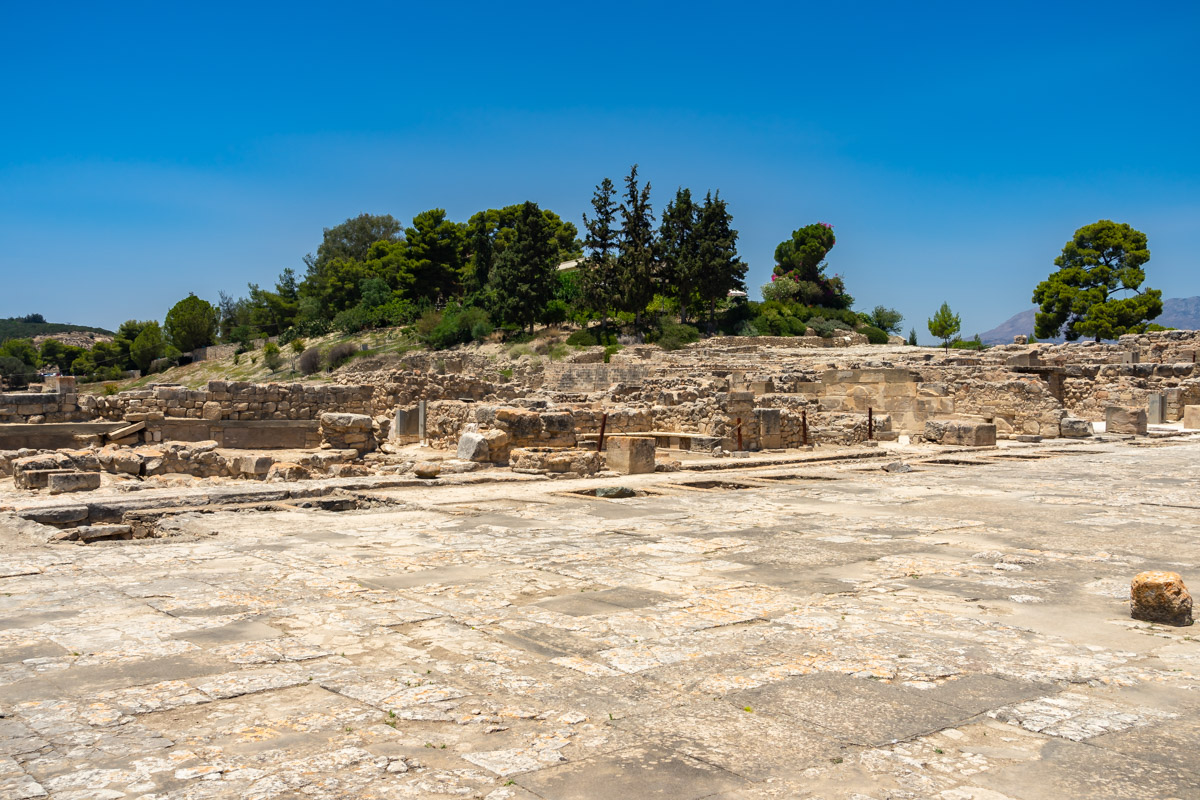 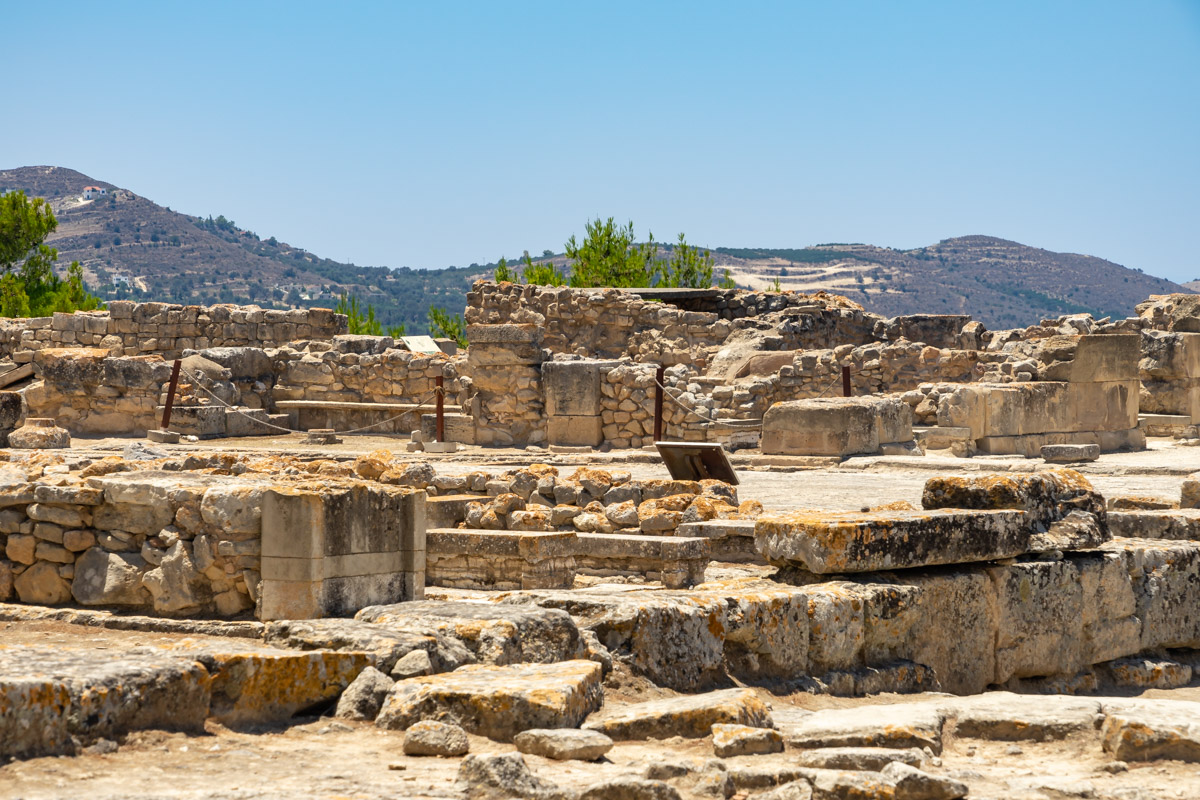 Occasional obvious artifacts do pop up, and the surrounding valley views are spectacular. 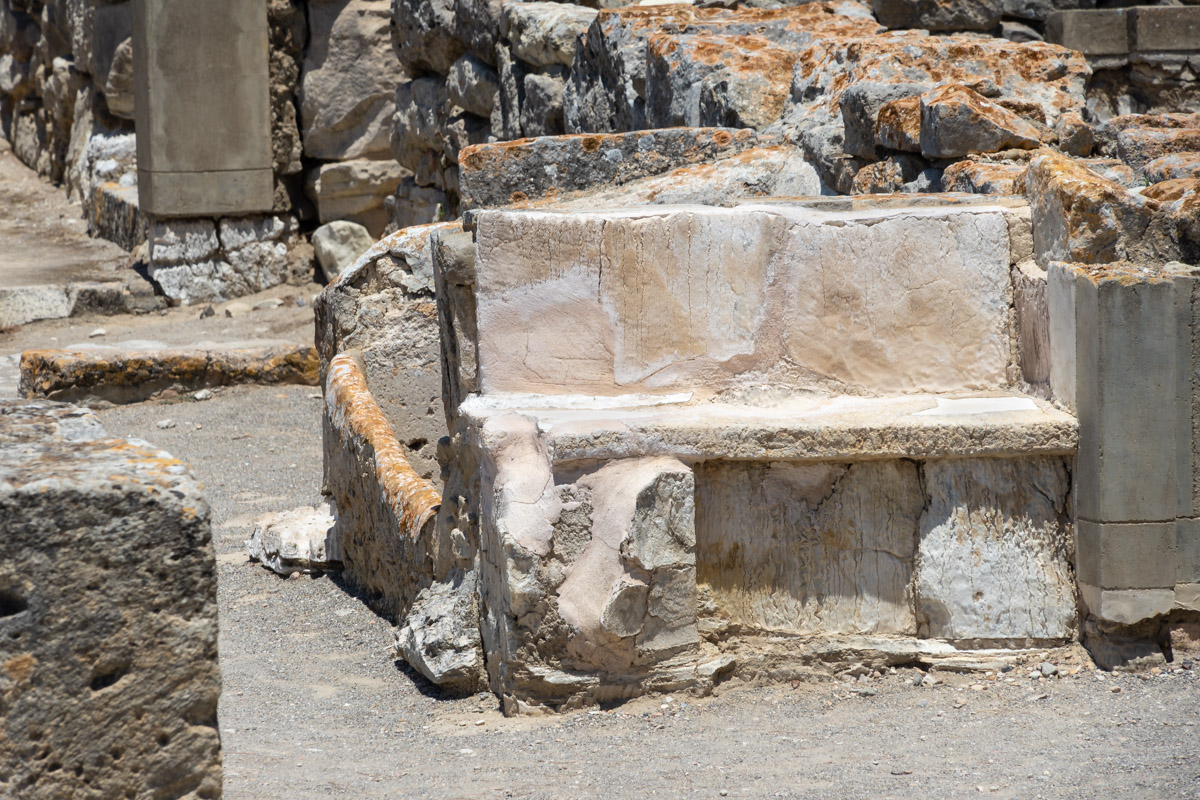 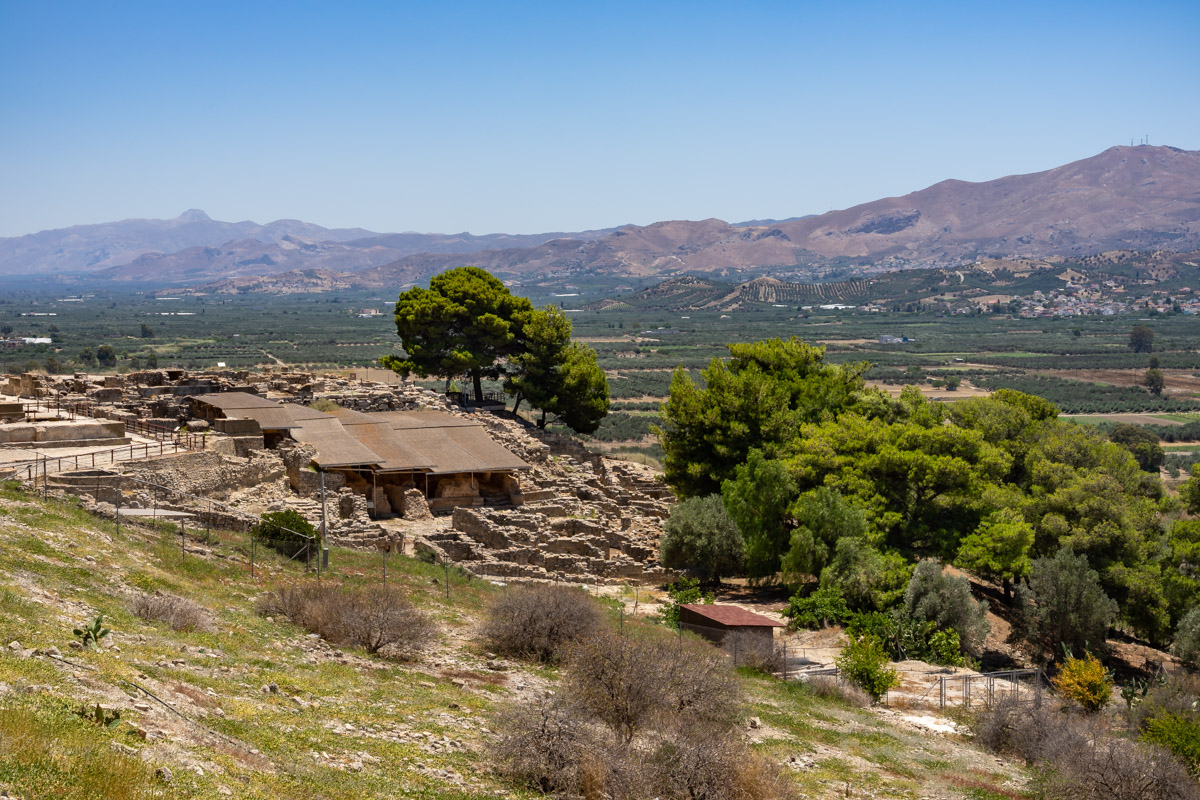 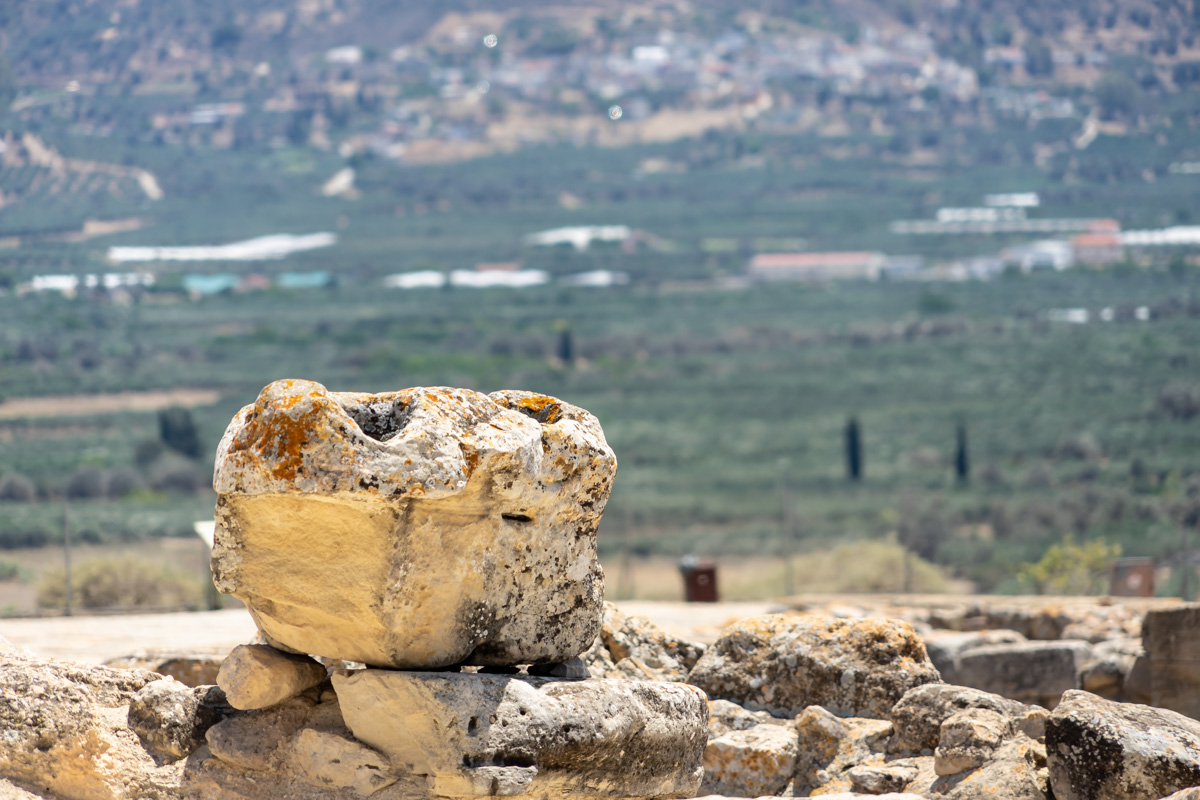 Unless you are a devoted student of archaeology, I suspect that you should skip Phaistos. Knossos, on the other hand, is well worth the visit.