A few more from Dordogne

As we are leaving Dordogne, let’s take a look at a small selection of photographs that did not have enough collective mass to support a featured essay.

Actually, I might be doing Domain de Monrecour an injustice by saying that. This fantastic hotel is anchored by an eye-catching landmark of a castle. The château is comparatively young by European standards – dating only from the 18th century – but its stately presence as our base in the region definitely enhanced our overall experience. 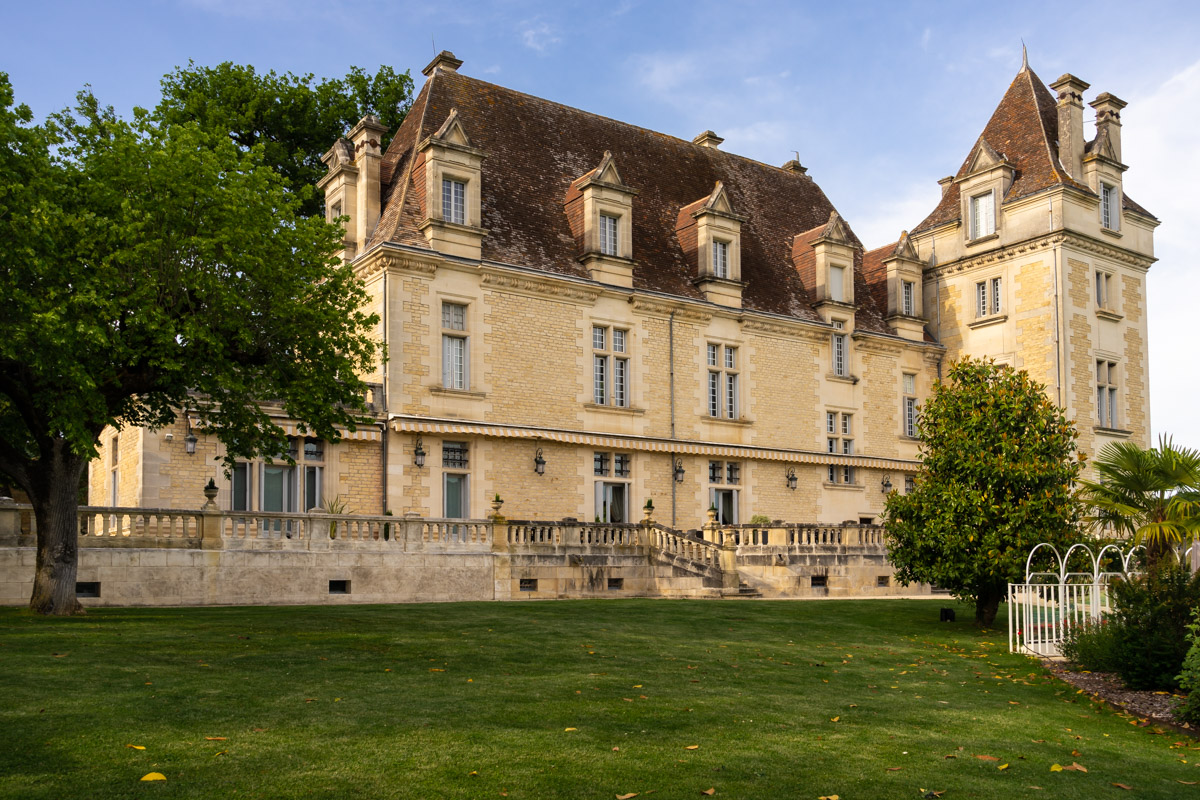 The hotel is located in the commune of Saint-Vincent-de-Cosse, which we can glimpse beyond these gates to the north. 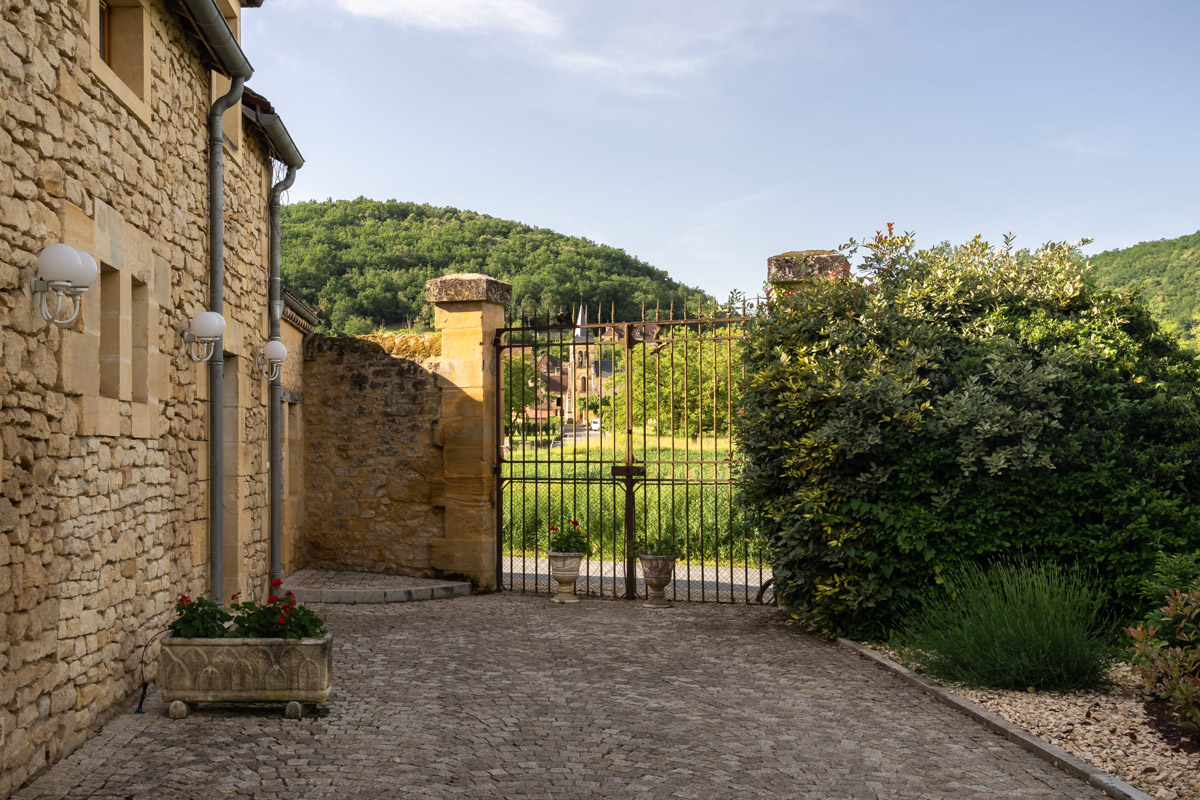 A much more excitement-inducing view is to the east of the castle. That’s Beynac Castle at the top of the hill. 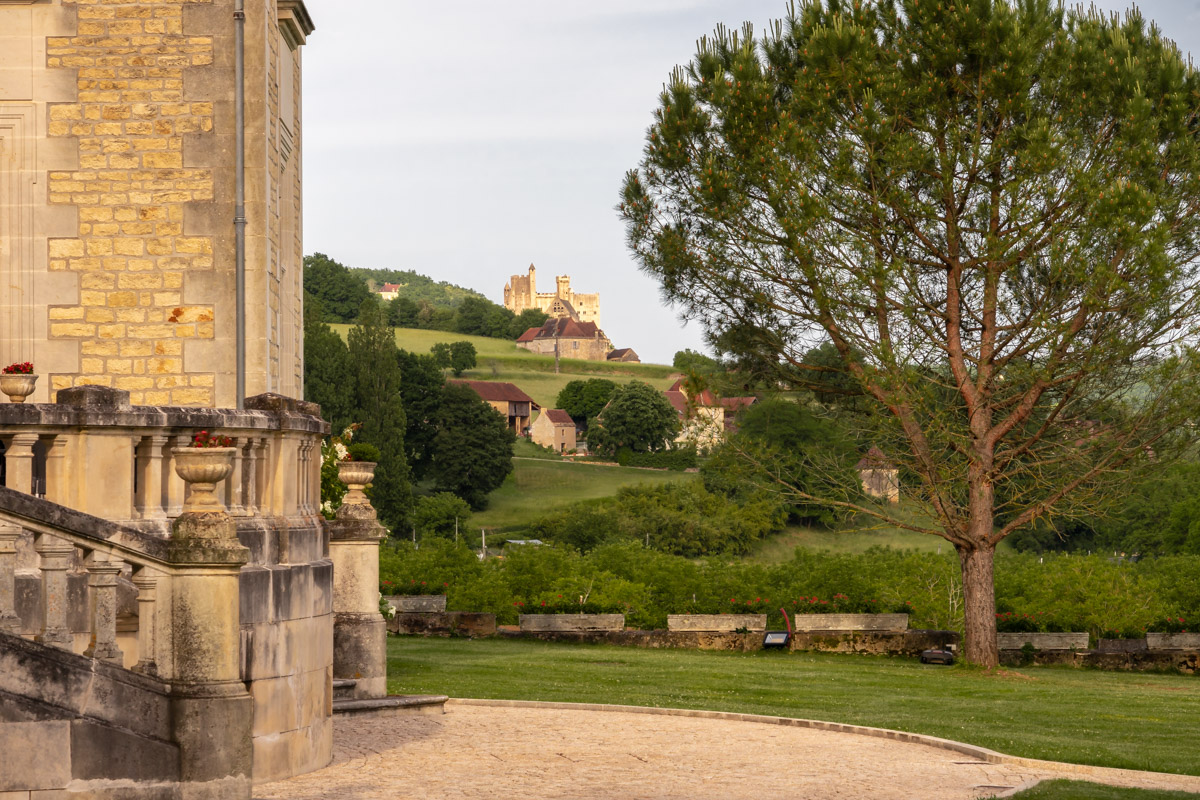 Or let’s look southward. That’s Château des Milandes across the river from where we are. 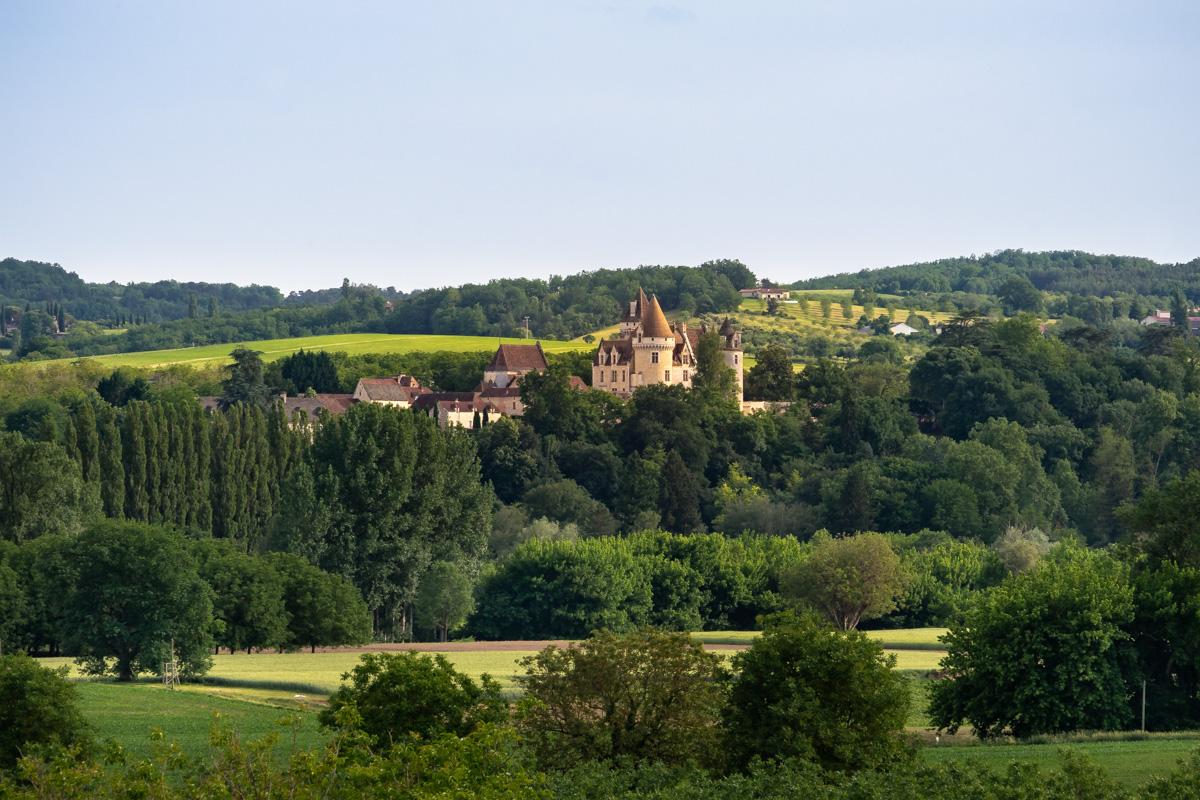 And the opposite view, from a terrace of the Milandes Castle, featuring Domaine de Monrecour. 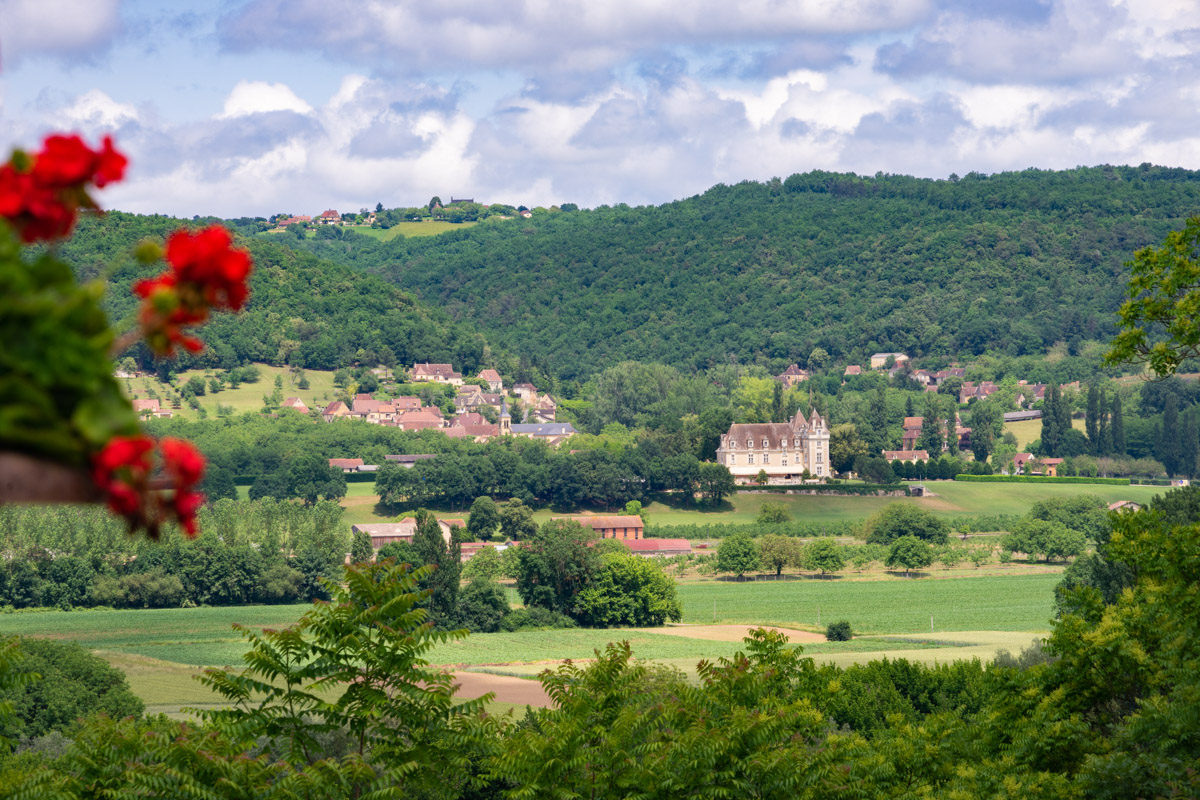 A blue-hour look at Château de Monrecour from roughly the same spot as the opening shot. 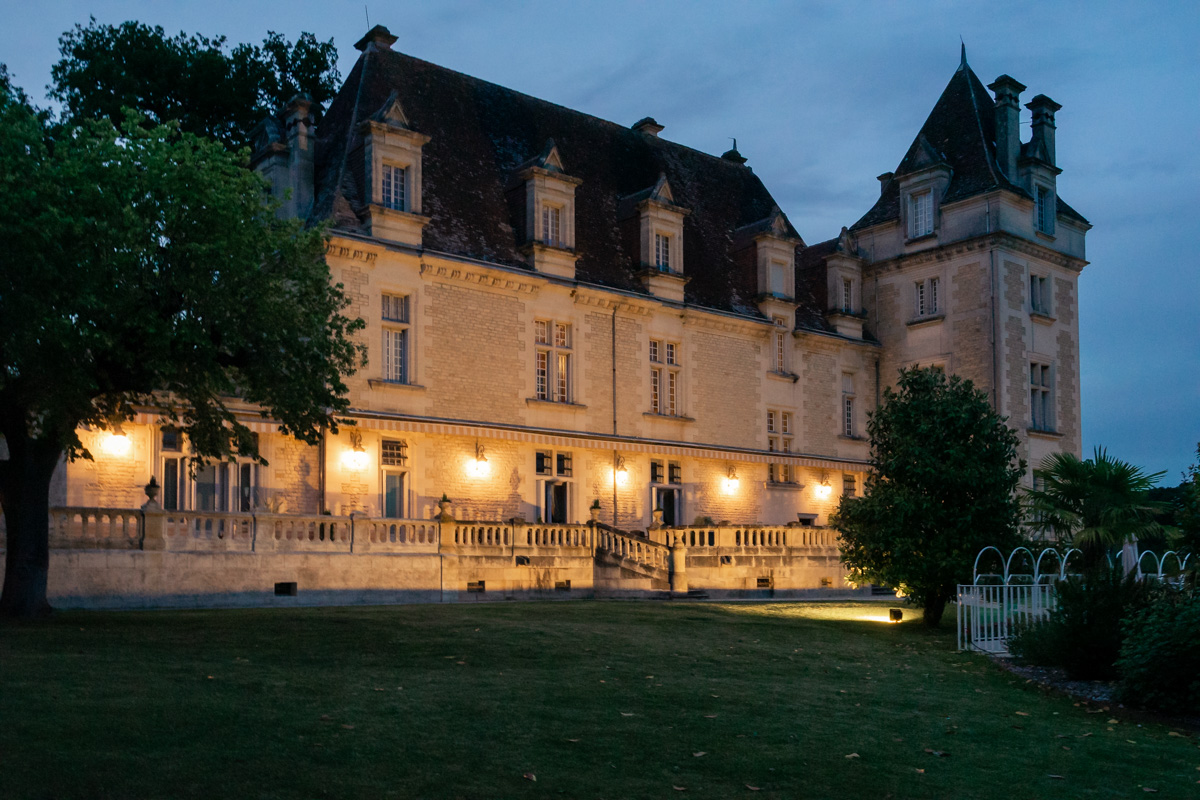 And since we are throwing repeat glances, let’s look again towards Beynac. 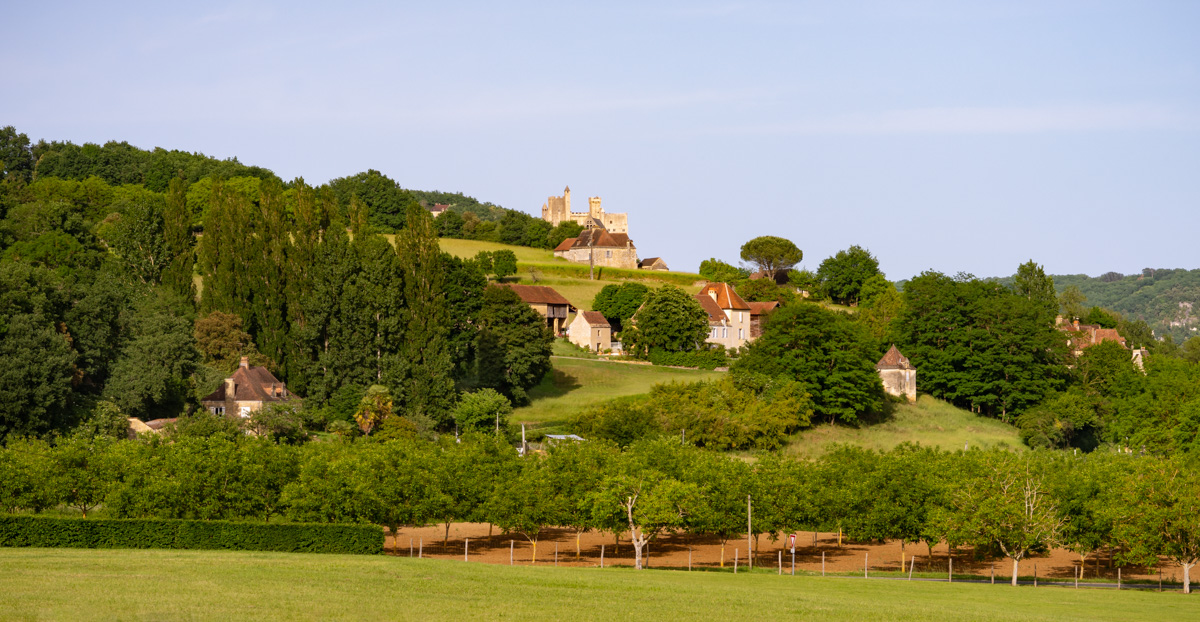 The following two shots were made in the vicinity of Roque St-Christophe, a troglodyte cave settlement on the banks of Vézère river. We only stopped to take a few pictures of the rocks, not to tour the caves here. 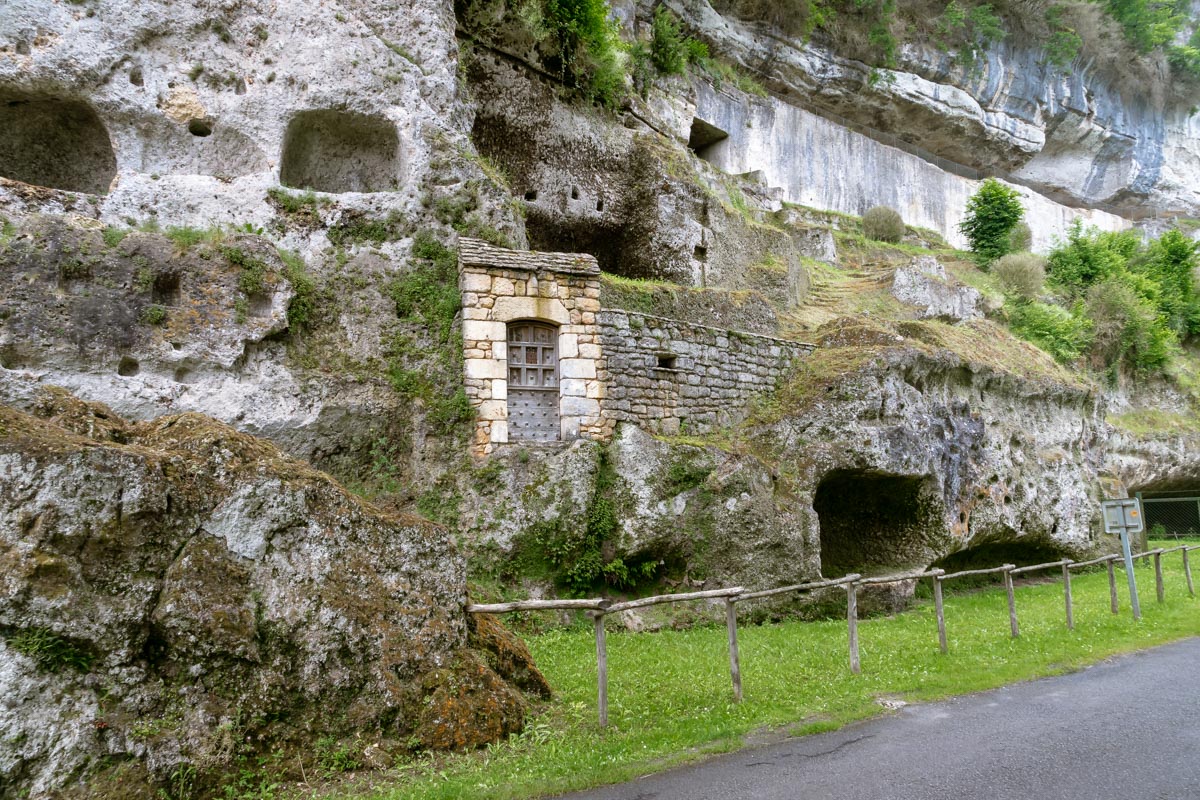 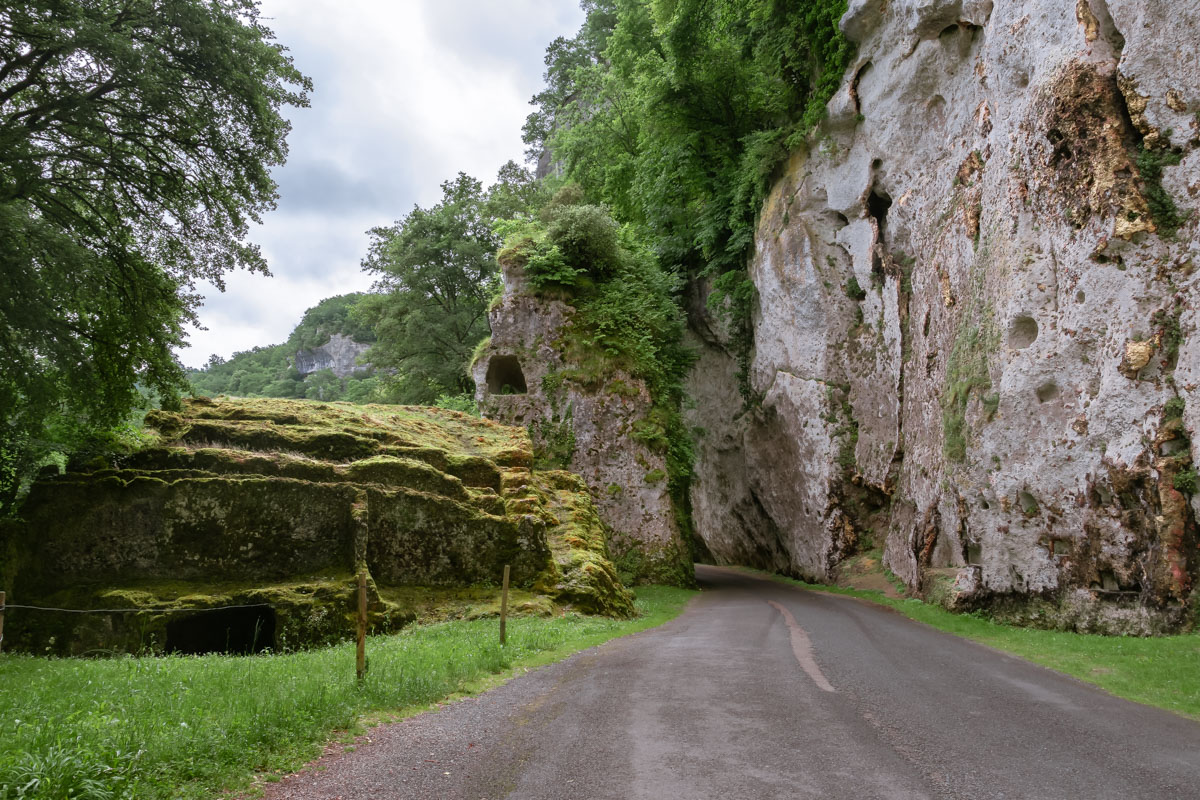 It appears that I have very few pictures taken not on a targeted stop on the itinerary, but instead somewhere in between. It sort of proves my lingering sense of the roads in Dordogne being relatively unimpressive as compared to its many points of interest.

Ironically, the very first picture taken on the trip suggested quite the opposite: that I would be constantly stopping and photographing landmarks from a side of the road. 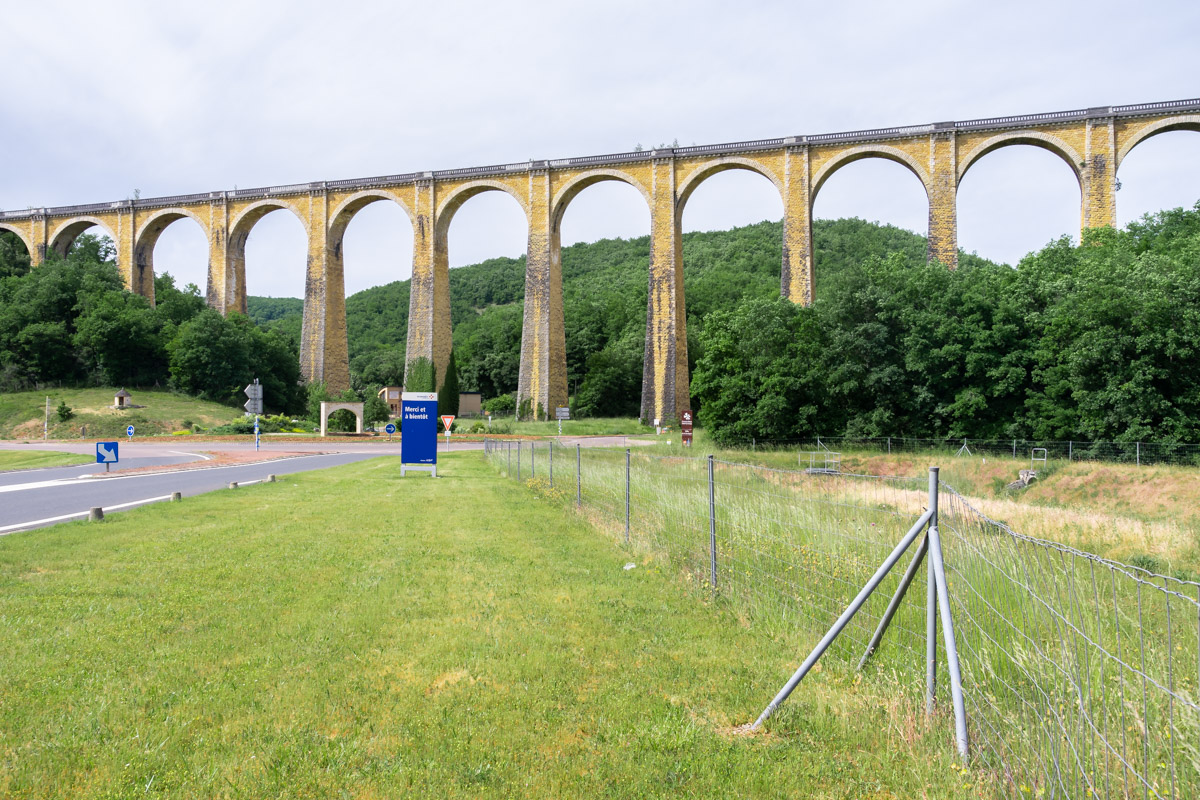 Part of the irony is that this aqueduct is actually not in Dordogne, but in the nearby department of Lot, near the town of Souillac.

Hopefully, you’ve seen enough of my images of Dordogne that this perceived deficiency of its roadways does not take anything away from the overall magnificent impression.