There are 10 Les Plus Beaux Villages de France in Dordogne, more than in any other French department. We have already seen 9. The persistent drizzle that accompanied our stop in Brantôme at the start of our last day in Dordogne kept telling us to wrap it up and drive to Paris for the next leg of the trip.

But as we were ready to leave Brantôme, we suddenly decided that we should take the 15-minute drive to take a peek at St-Jean-de-Côle, the last remaining of the most beautiful villages, which always held only a “tentative” status on the itinerary.

The village delighted us. For a settlement of this size (the second smallest of our stops by the tiniest of margins), St-Jean-de-Côle has a wealth of highlights and picturesque corners.

Here is the view across the village square towards the Romanesque church of Saint-Jean-Baptiste and the adjoining covered marketplace. 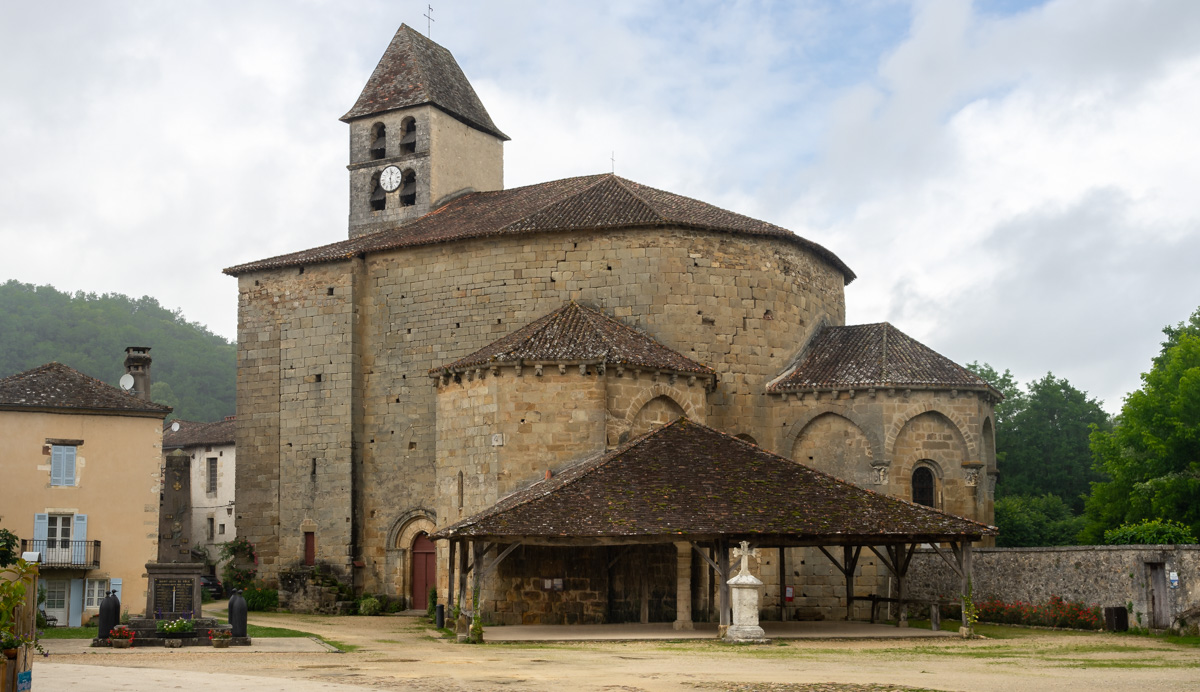 The church dates from the 11th century and is fairly unique to the Christian world due to its semi-circular architectural plan, with no defined nave or transept. 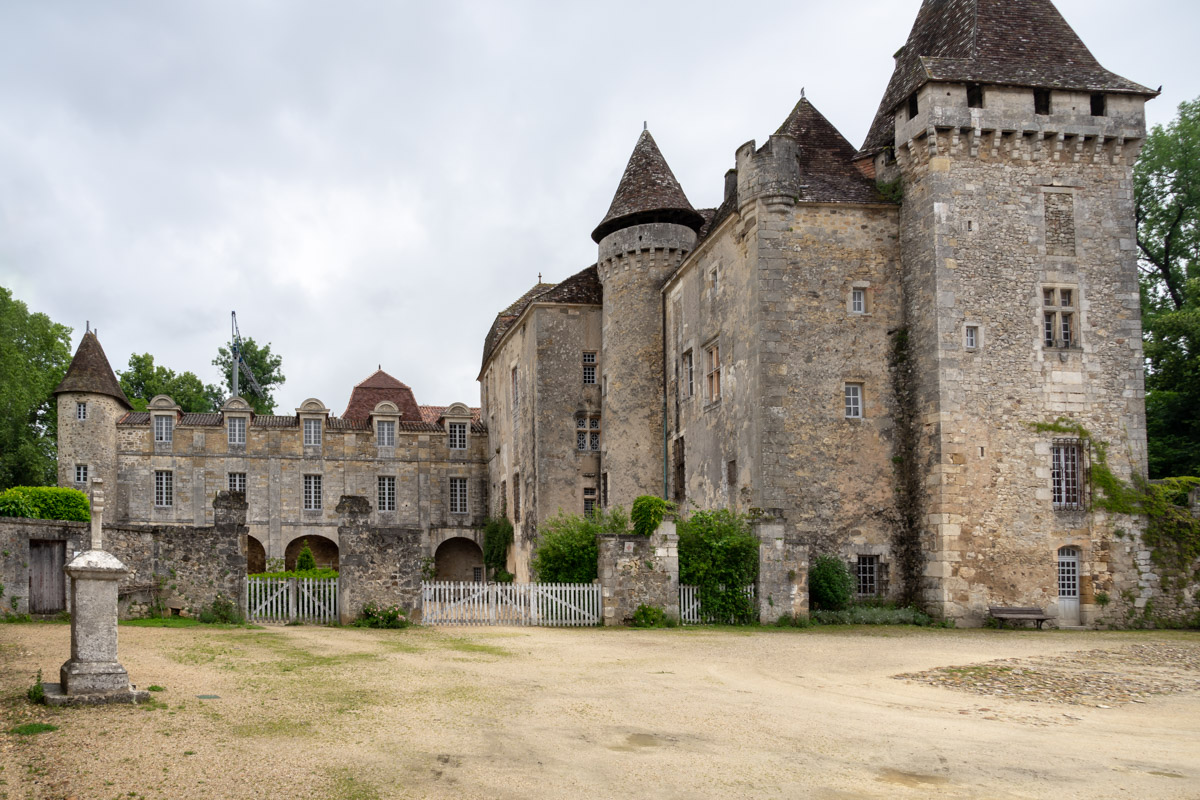 The castle was first built in the 12th century, but most of its current shape comes from the 15th and 17th centuries. The privately-owned château offers guided tours by appointment in July and August, which obviously did not work for us in the month of May. We lingered on the square instead, admiring the castle and the surrounding ensemble. 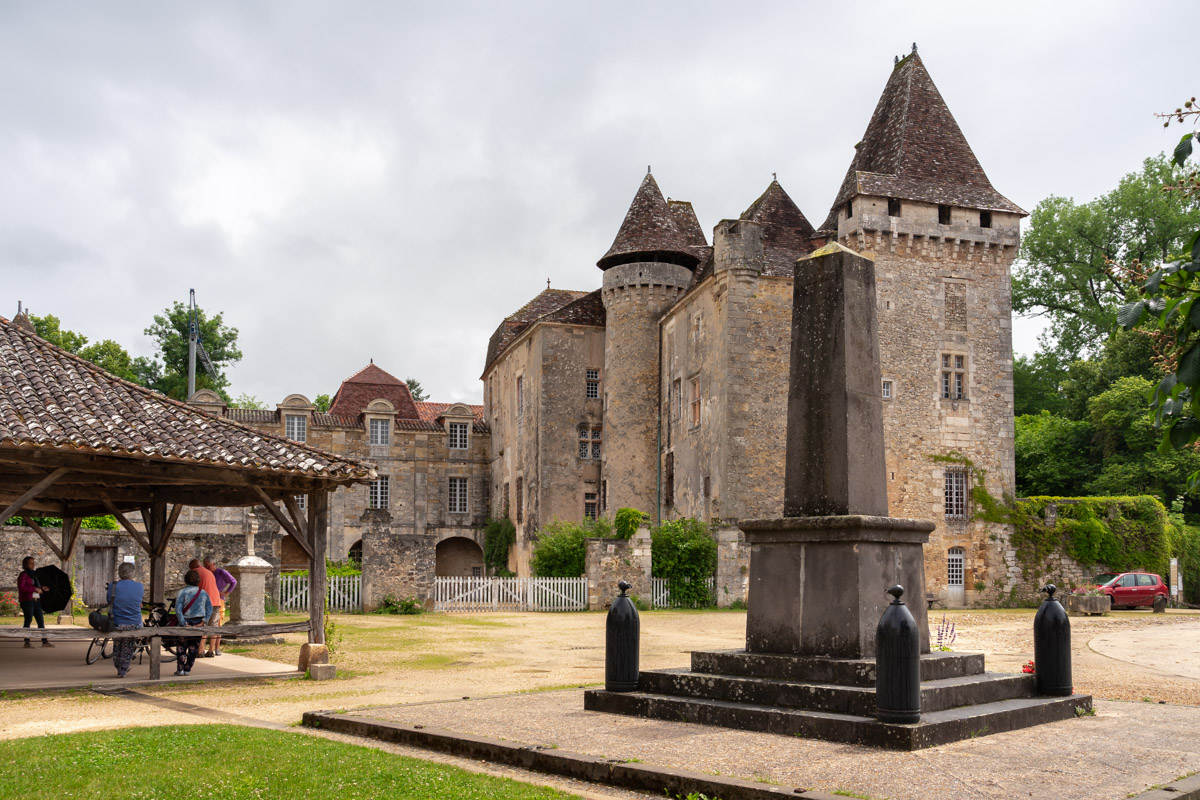 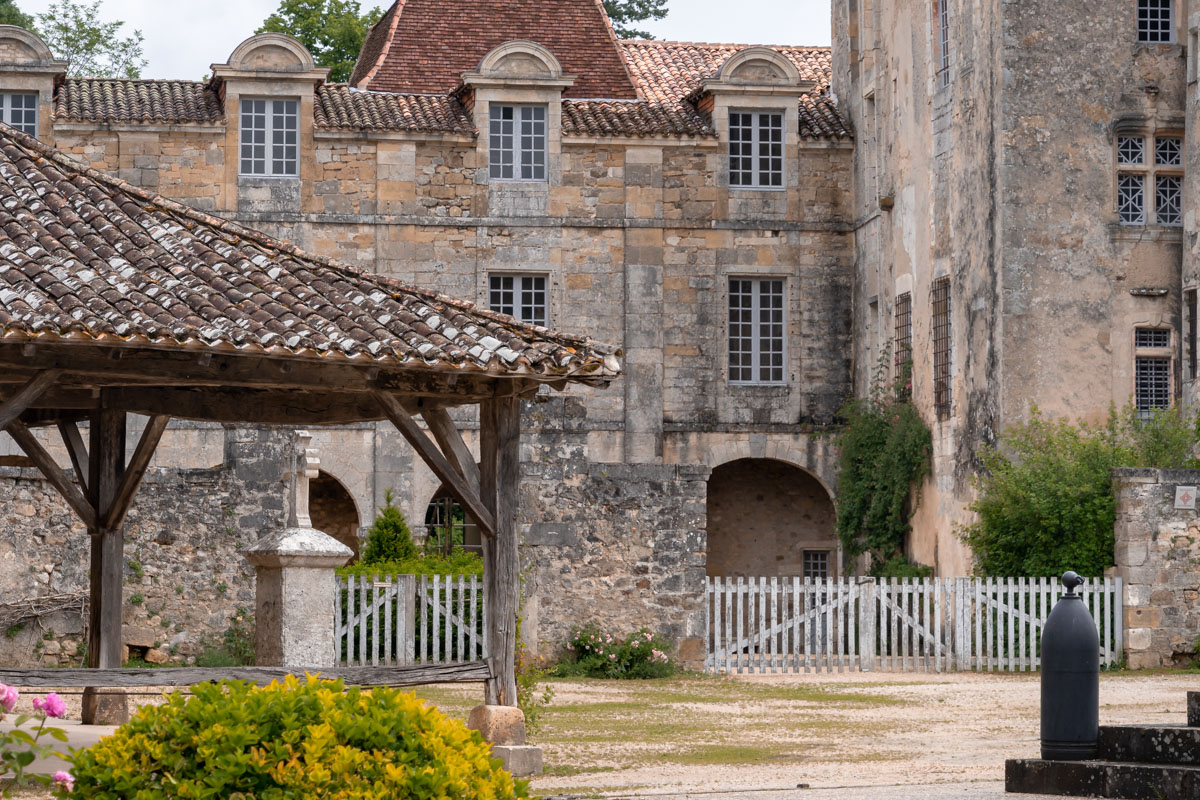 Another village highlight is the old bridge over the river Côle. 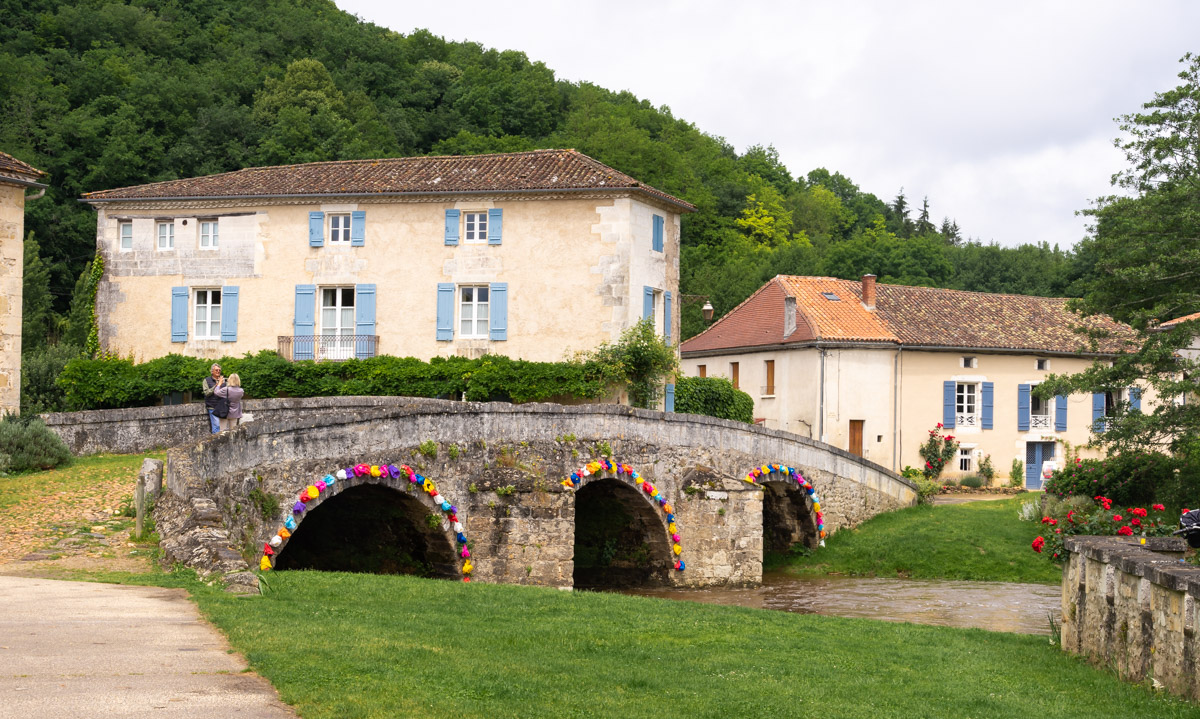 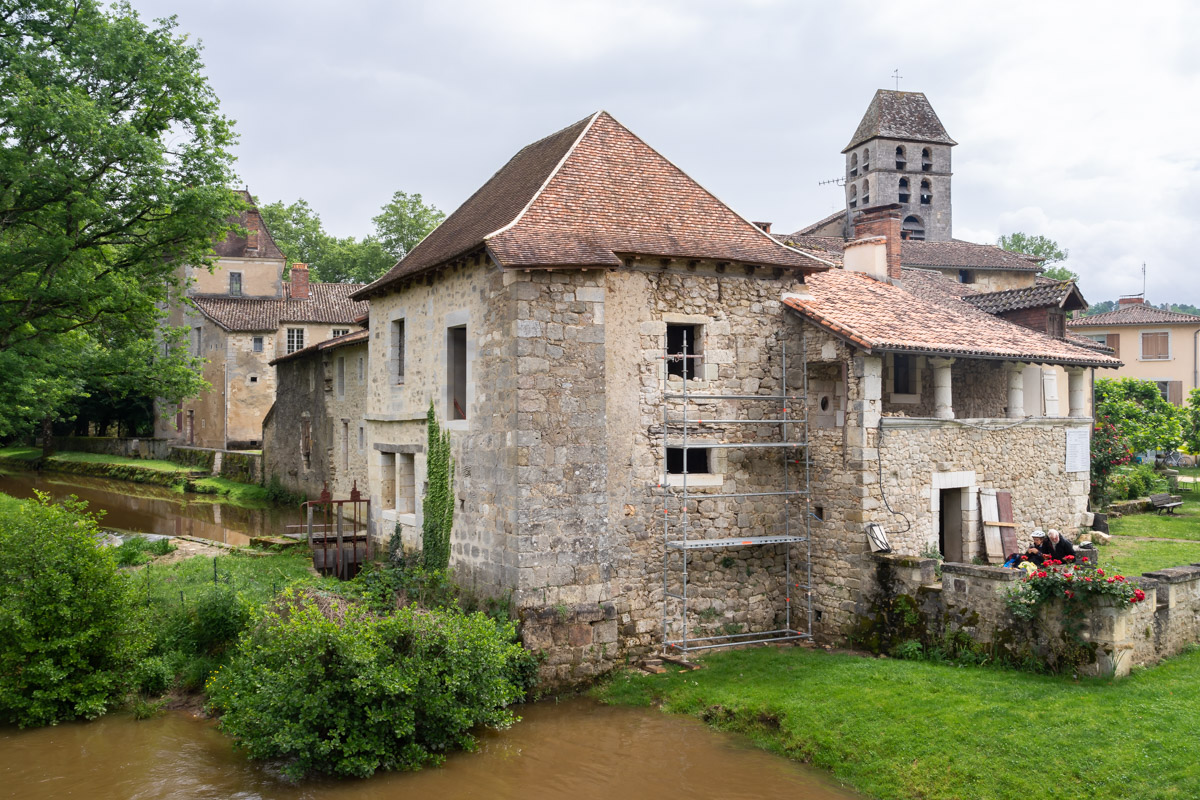 Notice the flowers by every house. I am absolutely convinced that my appreciation of a given village is proportional to the amount of flowers that I find on its streets. 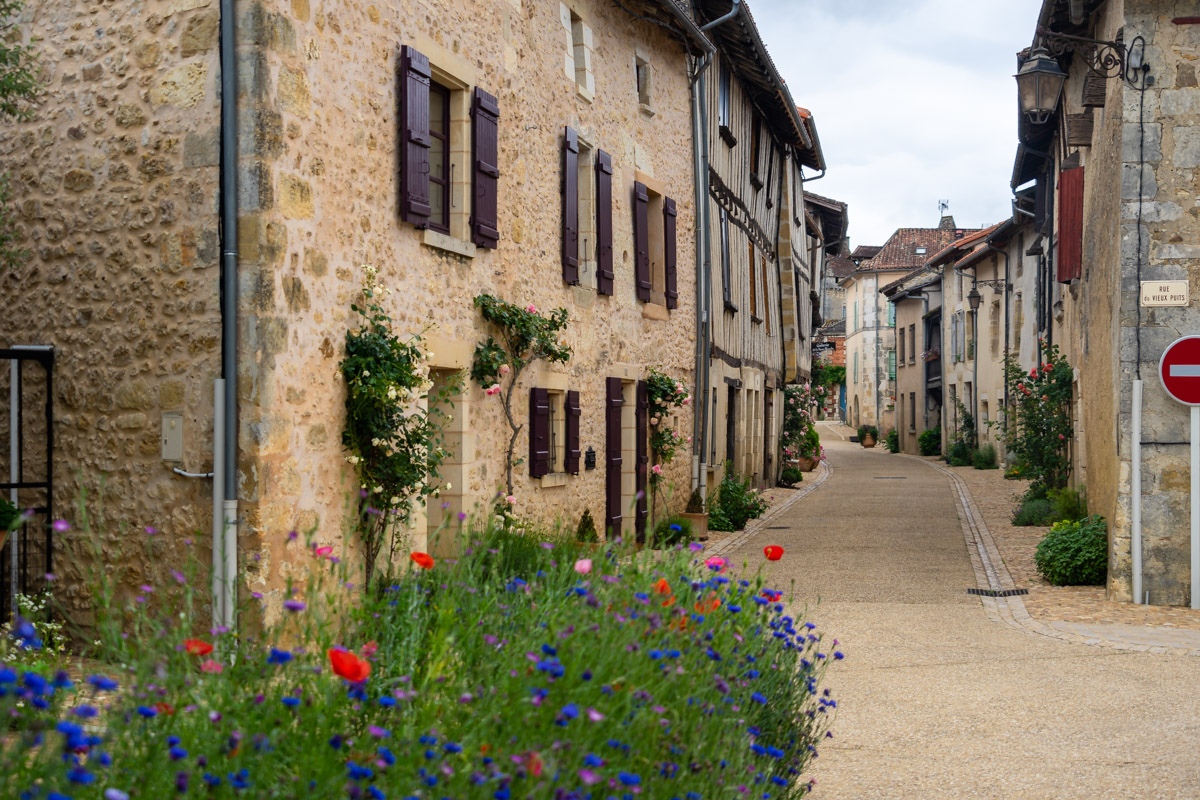 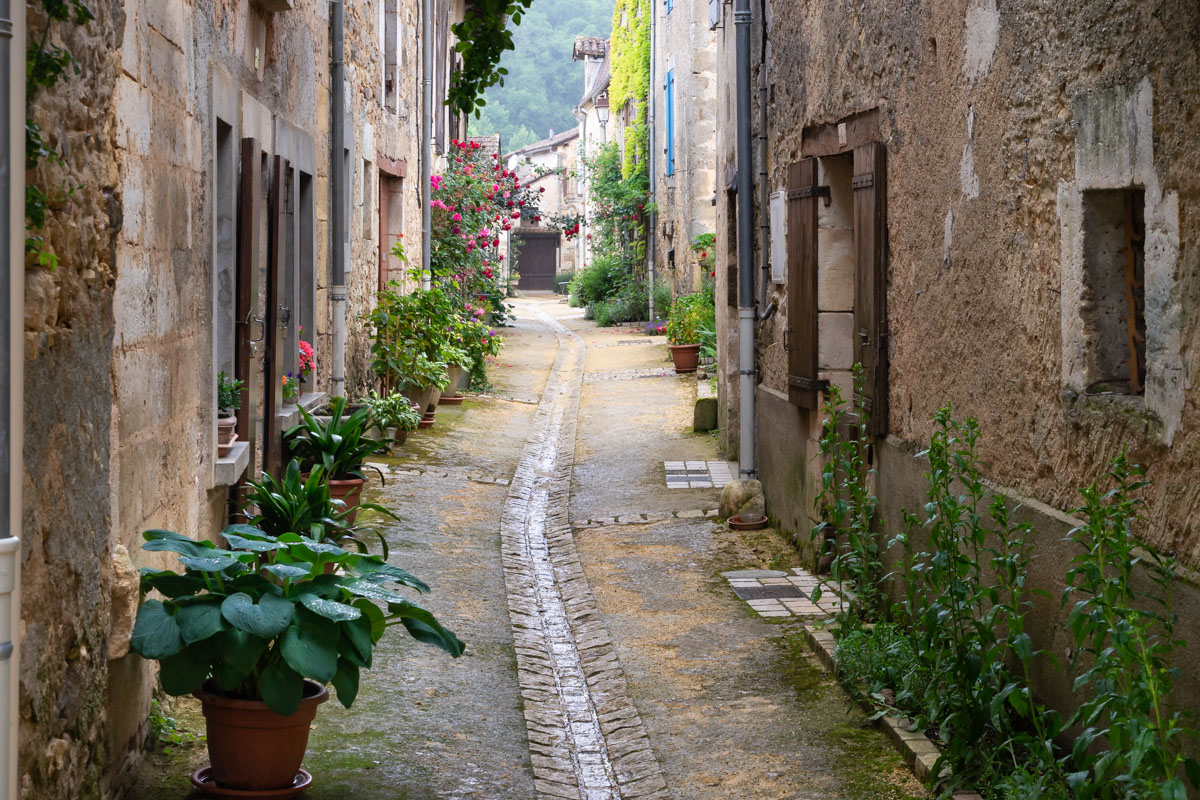 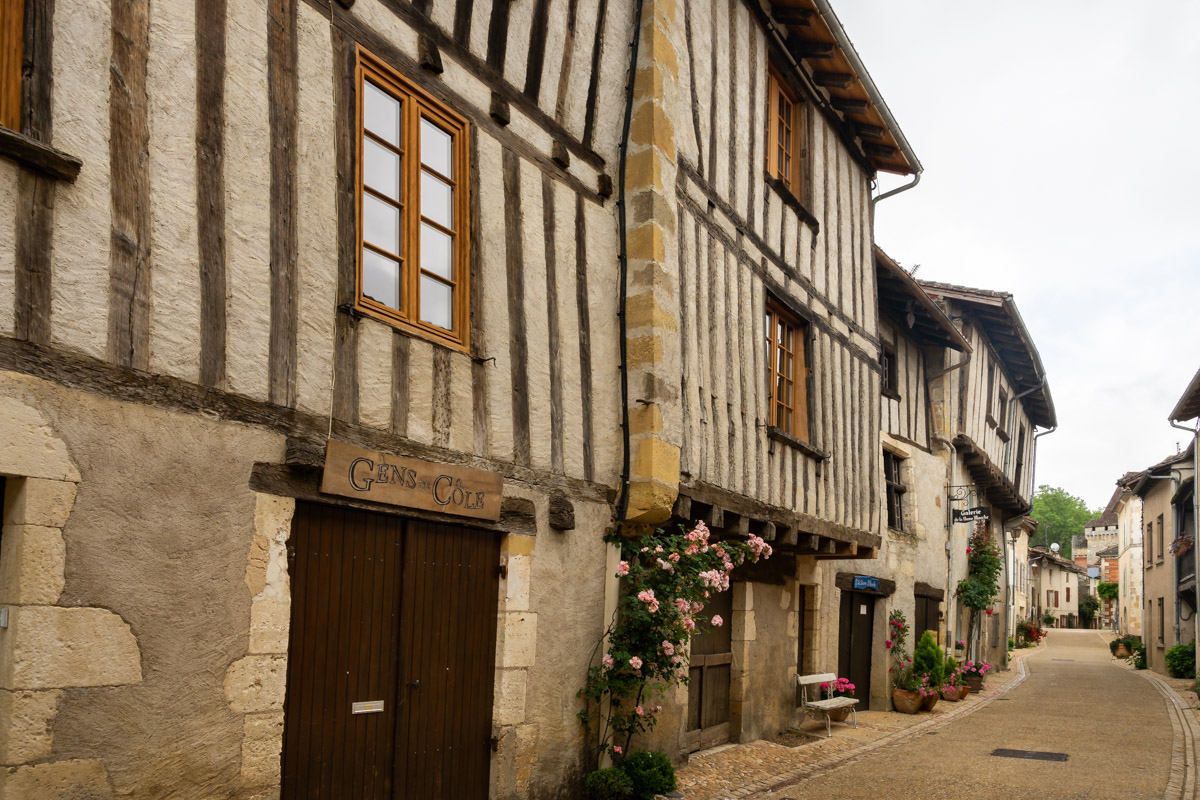 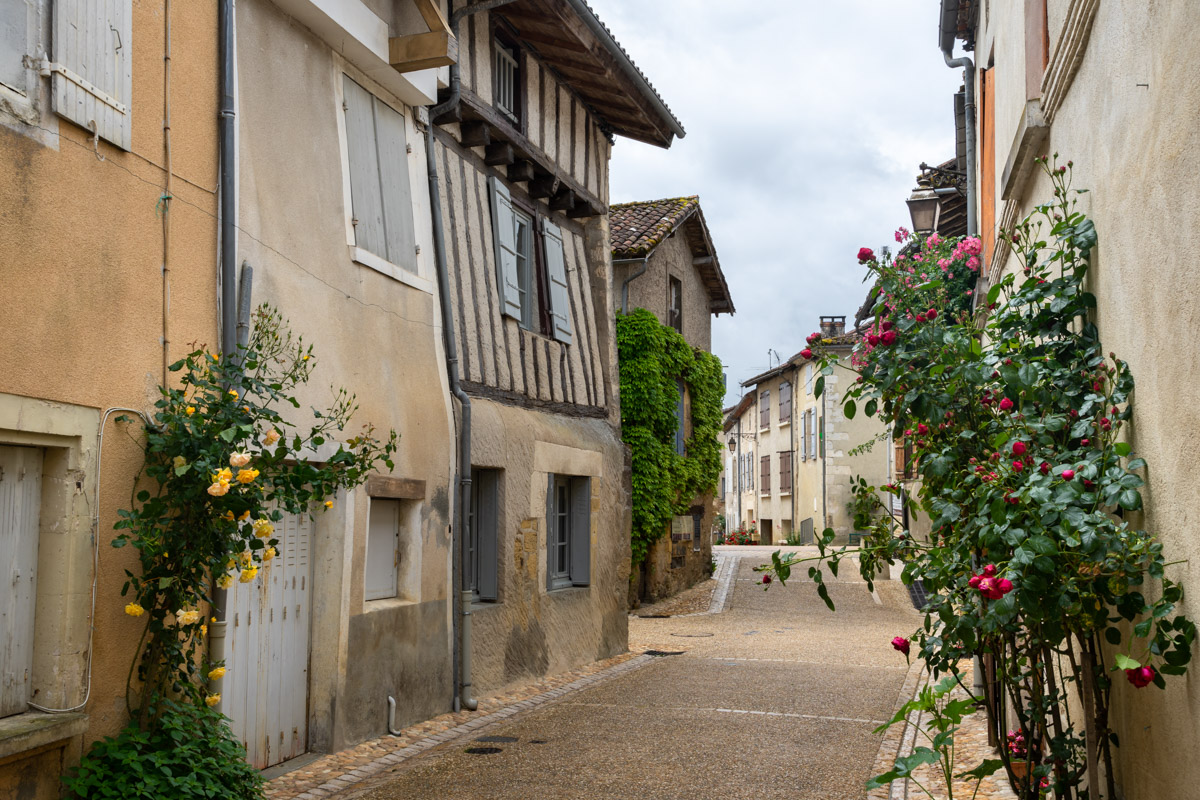 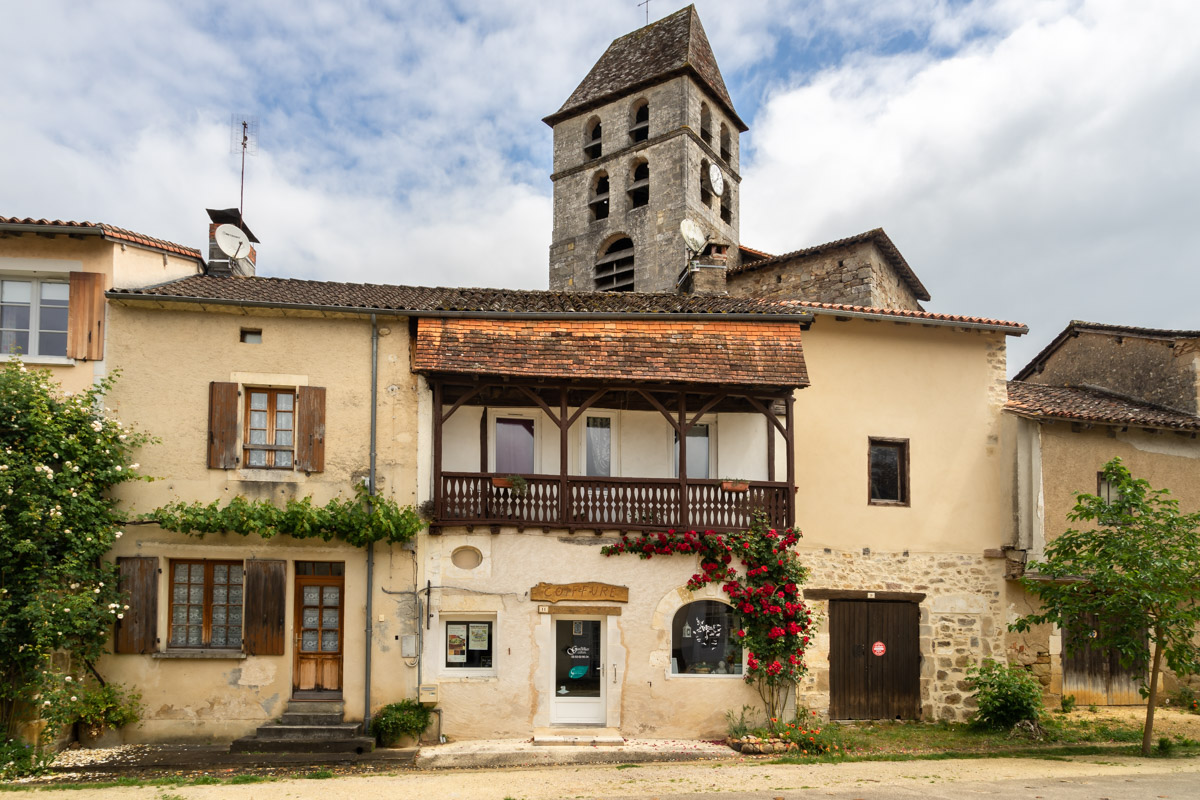 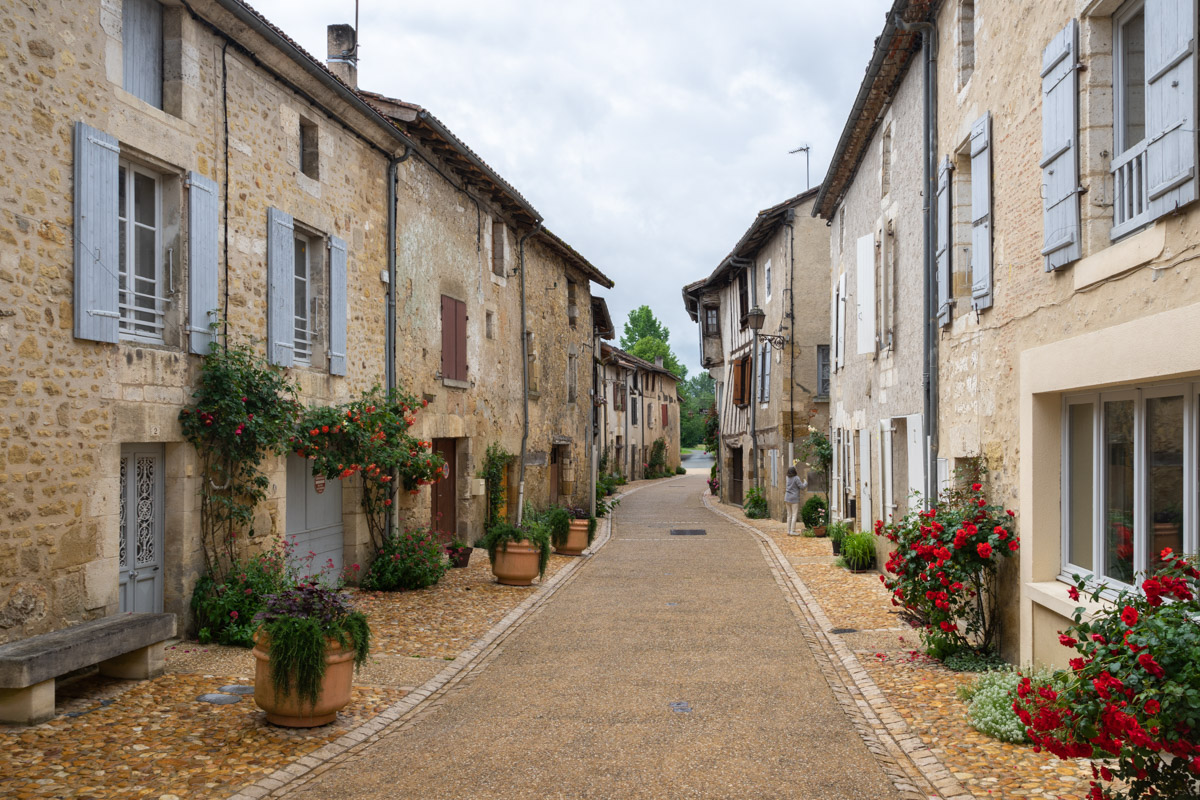 The drizzle gave us a few short intermissions, but continued its attempts to drive us away. We stayed in St-Jean-de-Côle just long enough to congratulate ourselves on the decision to come here, and then left Dordogne with the most pleasant of impressions.