Castelnaud-la-Chapelle is practically a clone of Beynac-et-Cazenac – a riverside village running up the steep hill with an imposing castle as the crown. In fact, the château is said to have been erected specifically for the purposes of rivaling Château de Beynac. 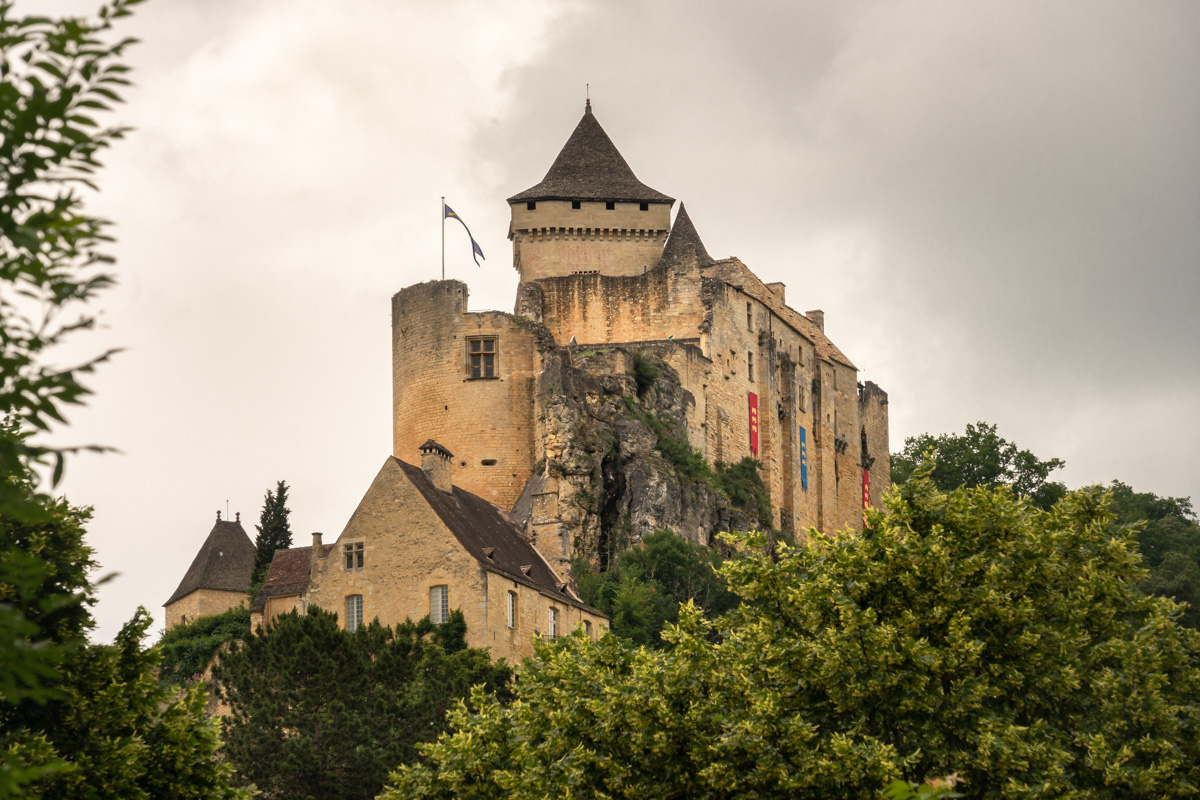 The village holds membership in the Prettiest Villages in France association, but somehow does not feel as picturesque as Beynac or similar in topography Limeuil. I allow that it could have made greater impression on us if we came here earlier in our trip.

Not that Castelnaud is without lovely corners. 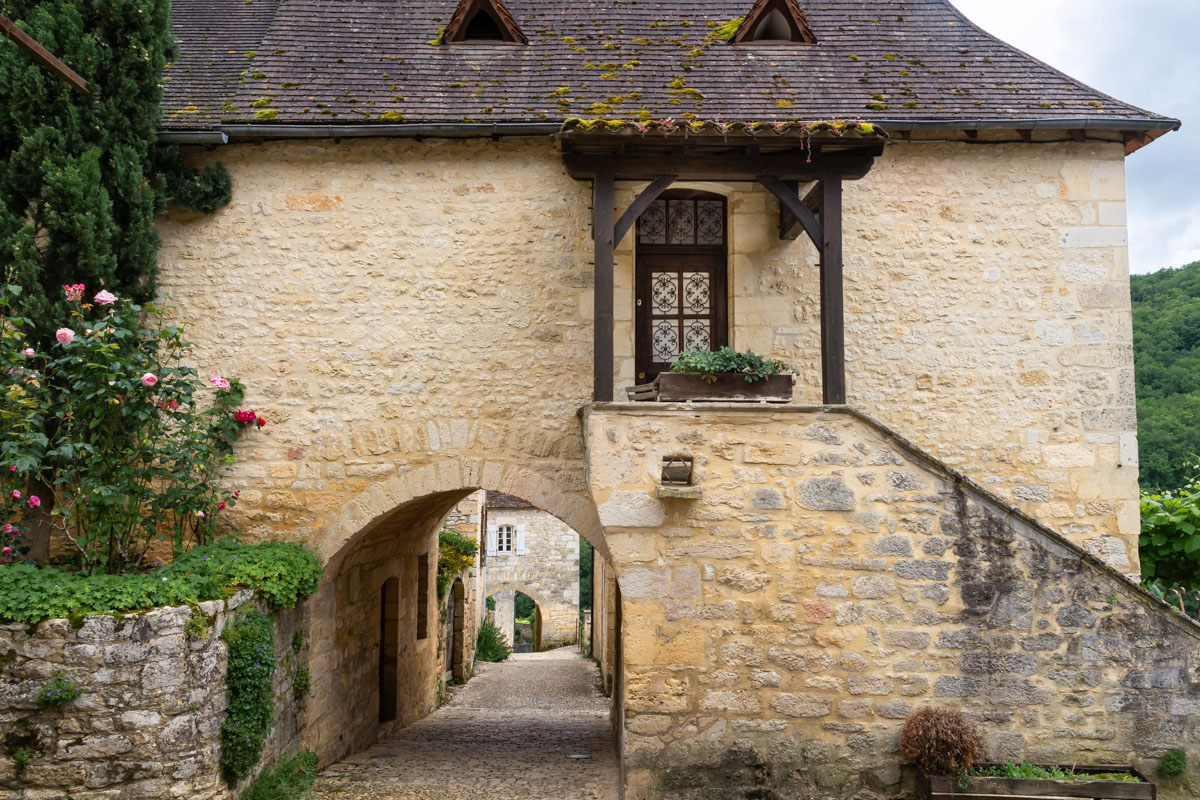 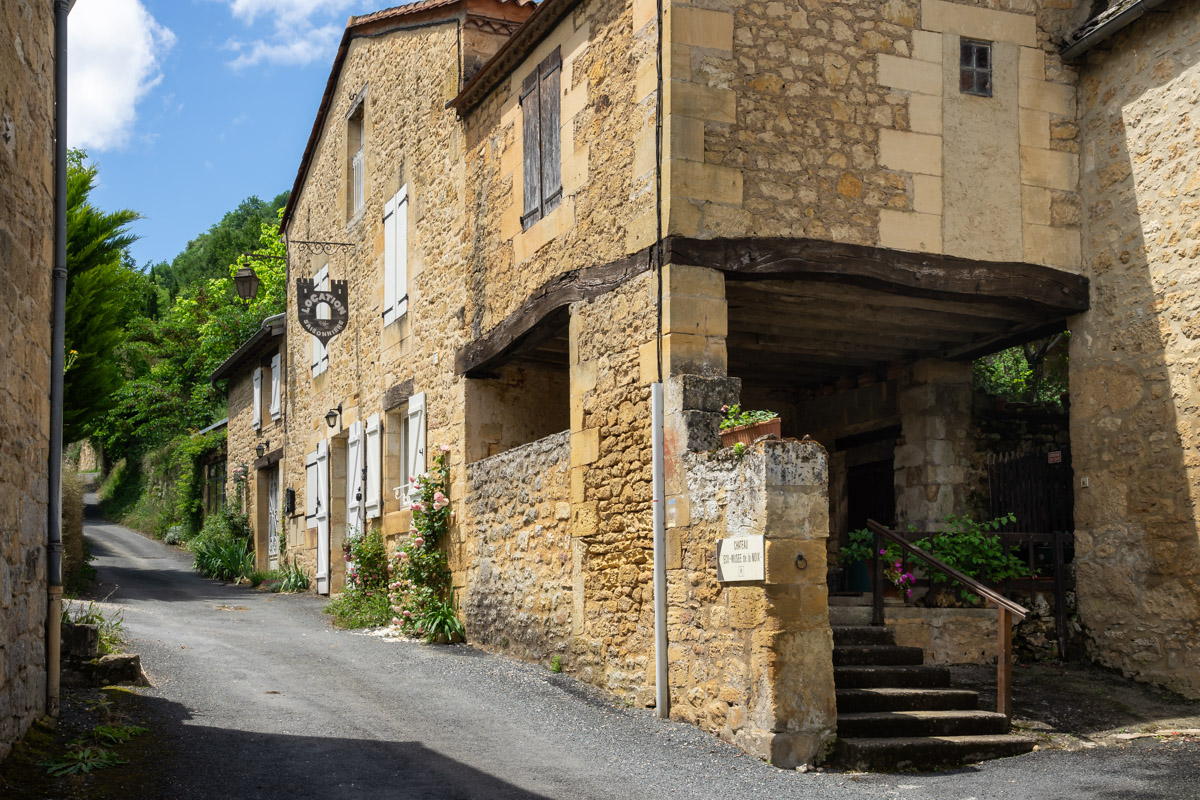 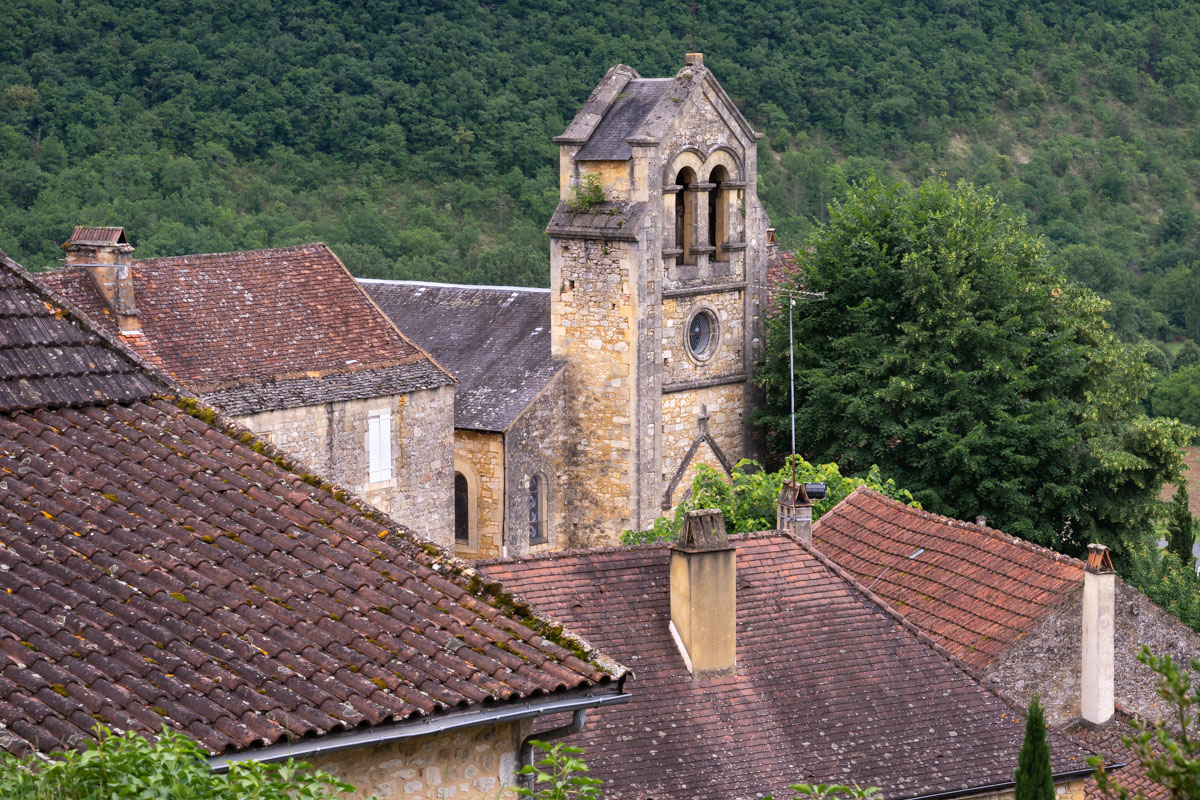 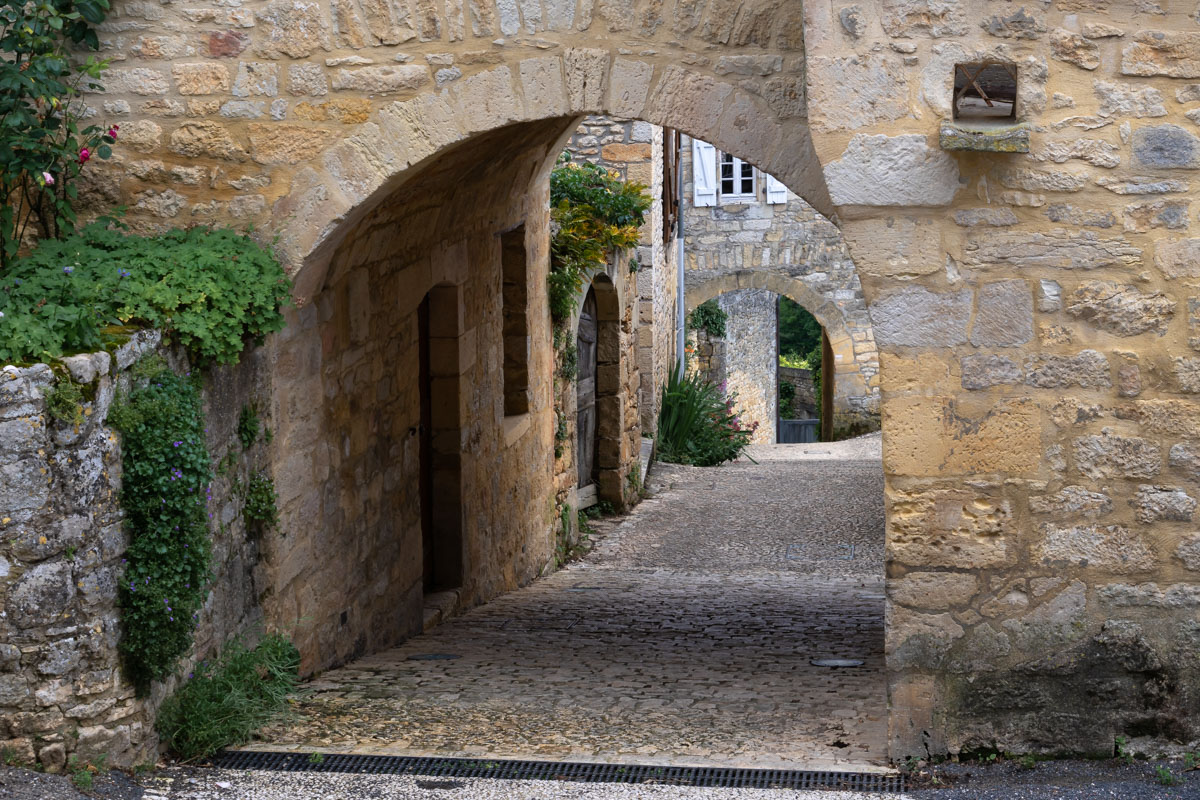 The medieval castle, dating back to the 13th century, is massive and, as we alluded to in the previous post, pretty stark. 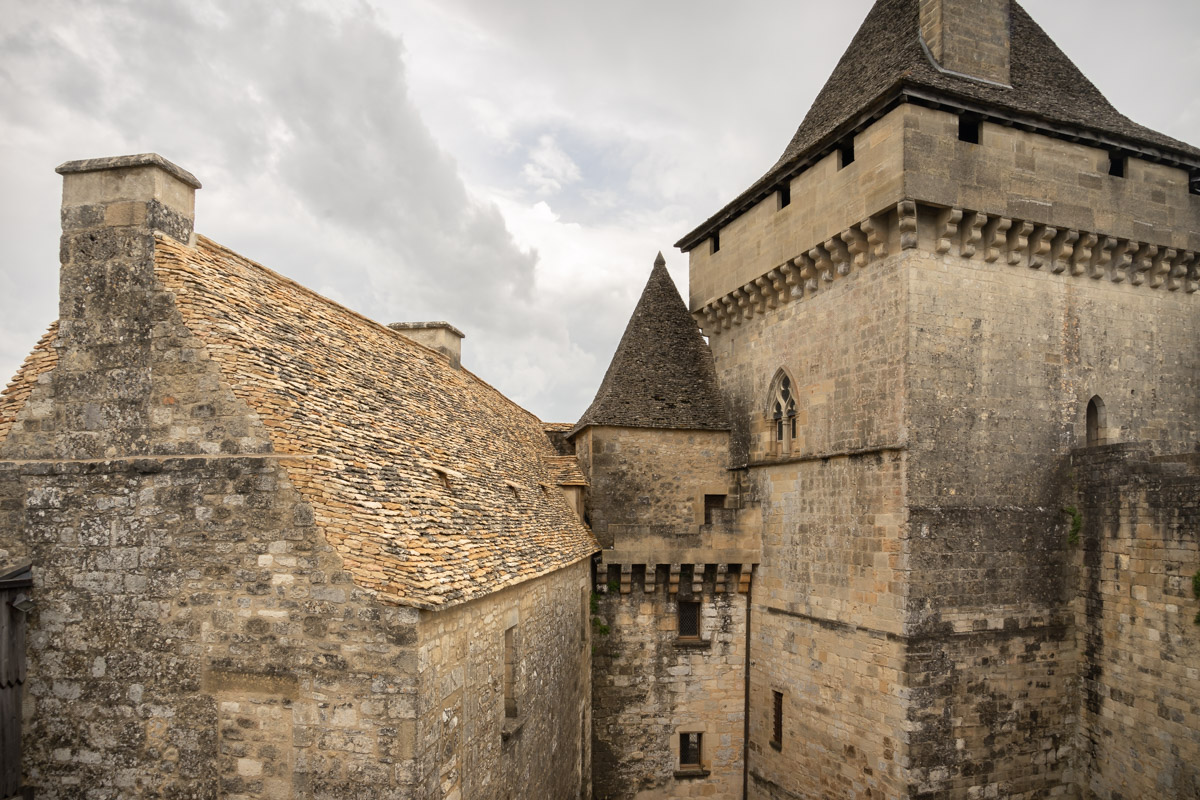 Nowadays, Château de Castelnaud is a very popular medieval warfare museum, with a wide-ranging exhibition that is definitely worth the climb up. 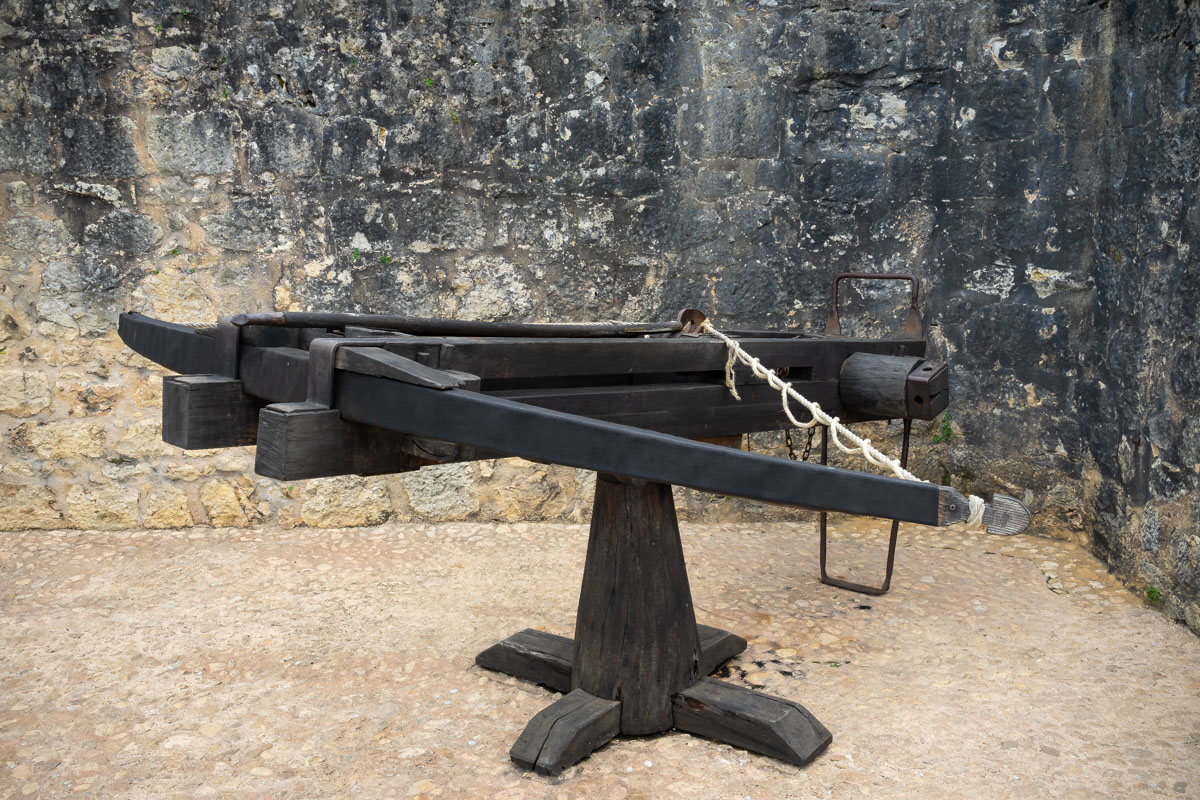 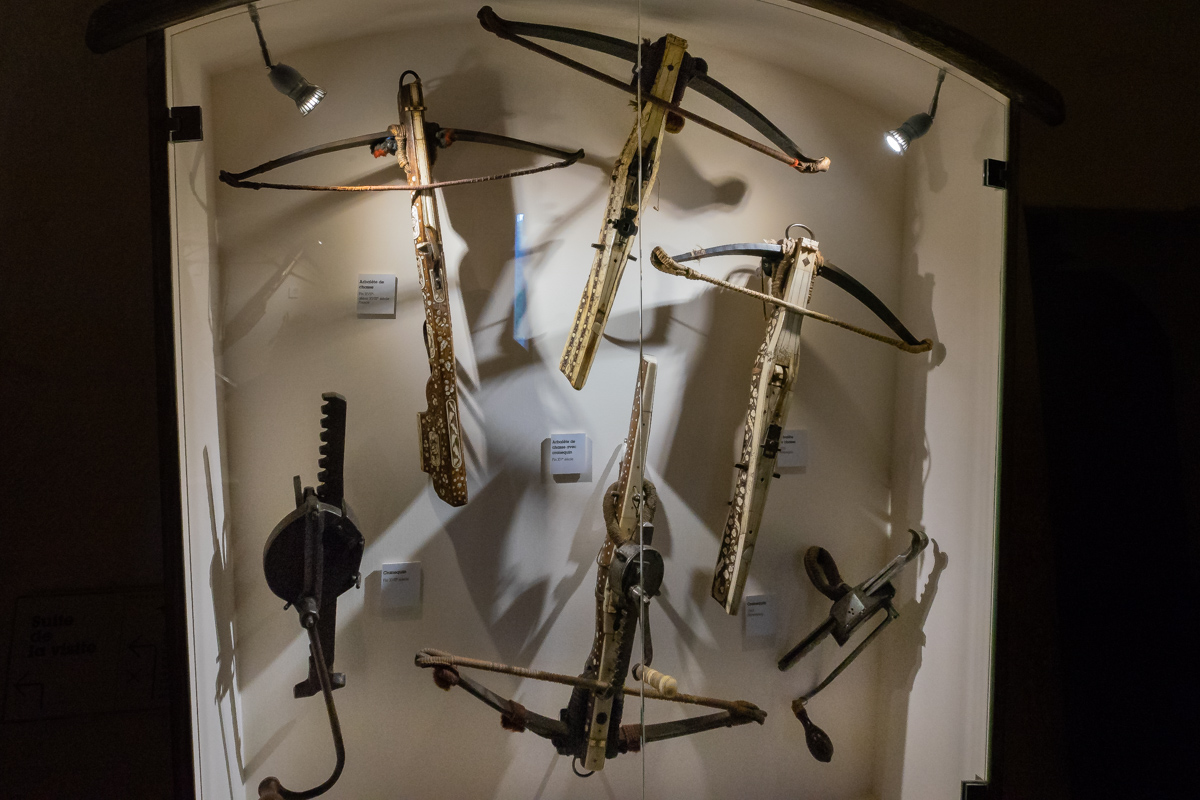 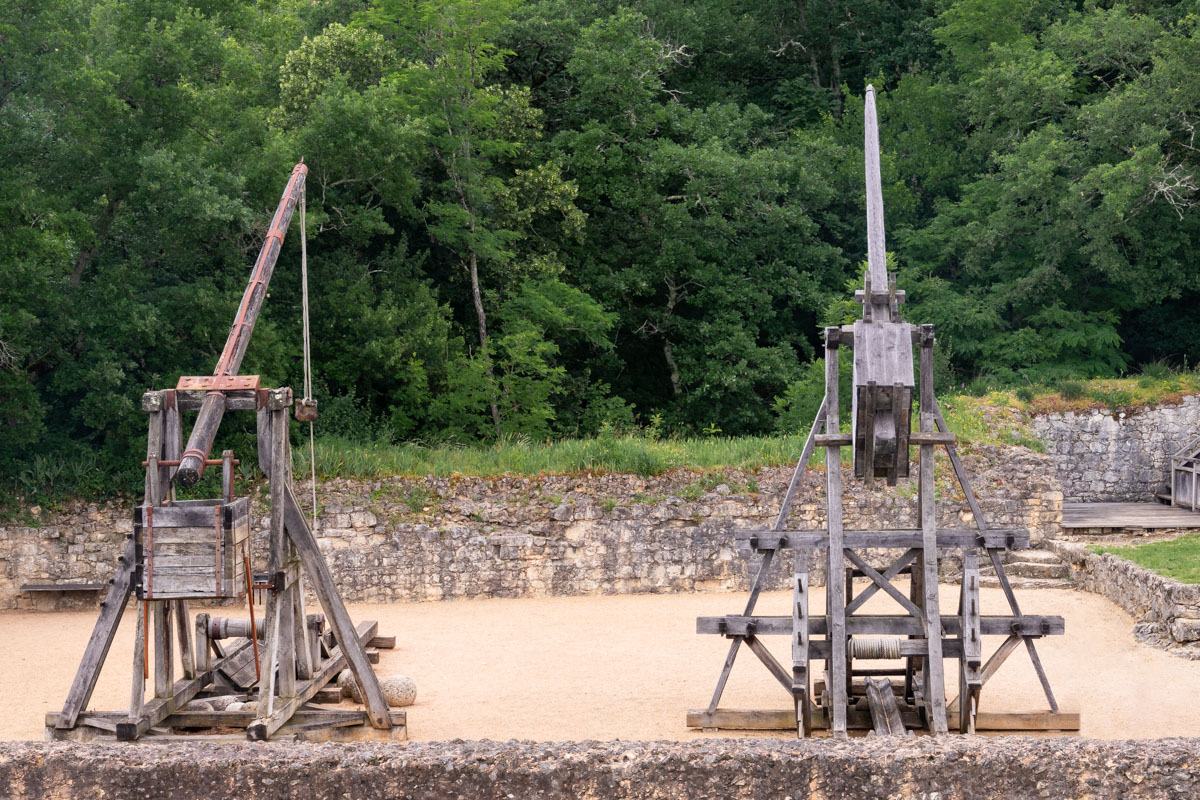 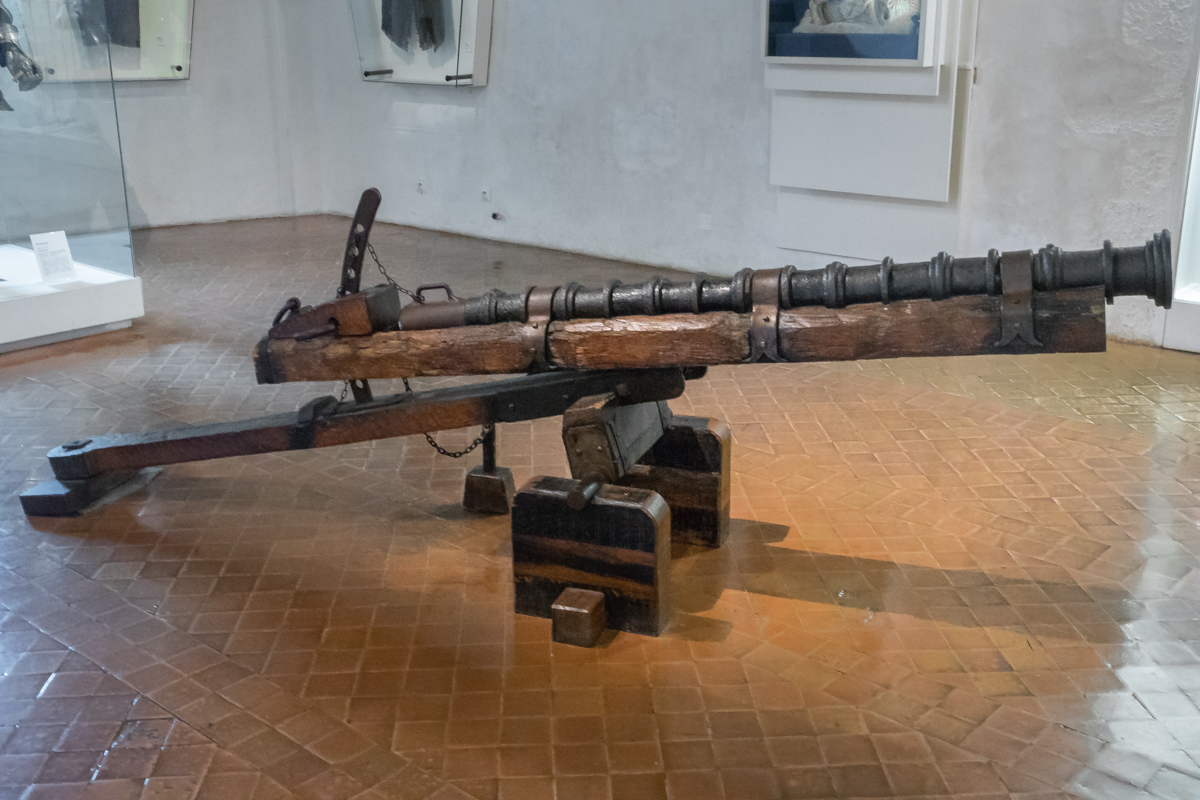 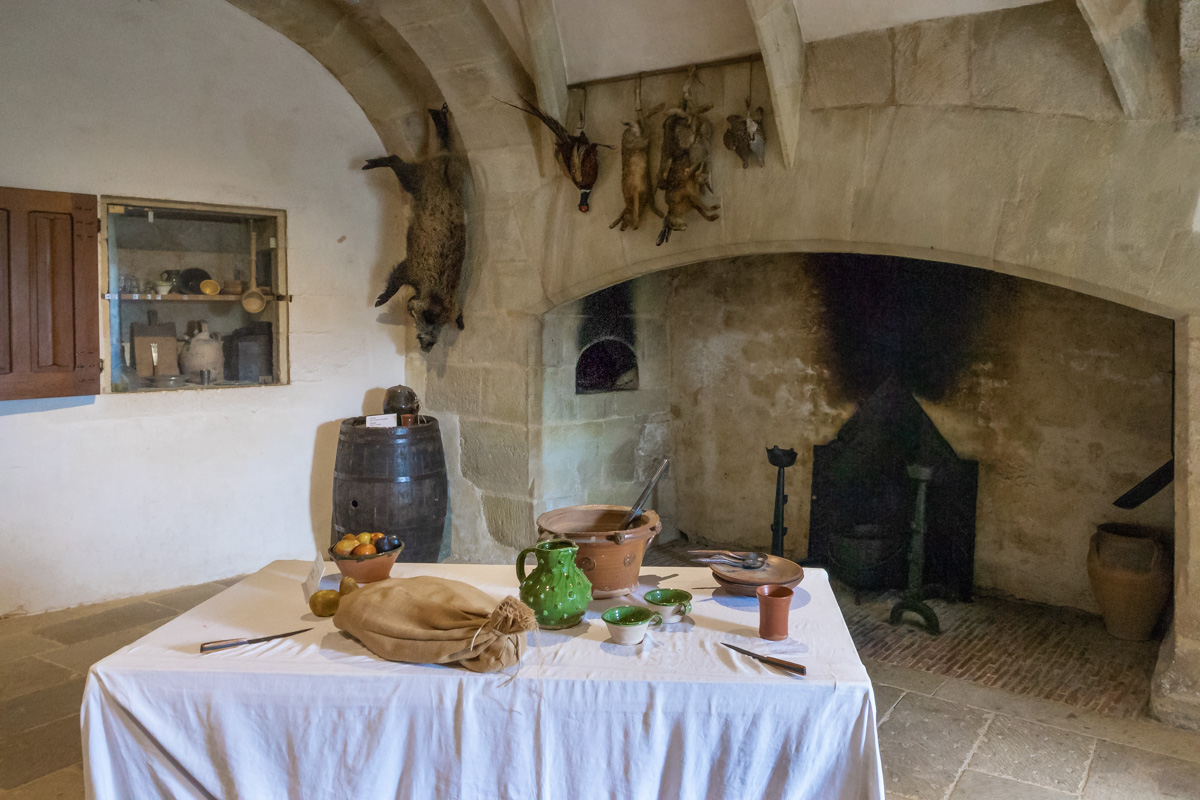 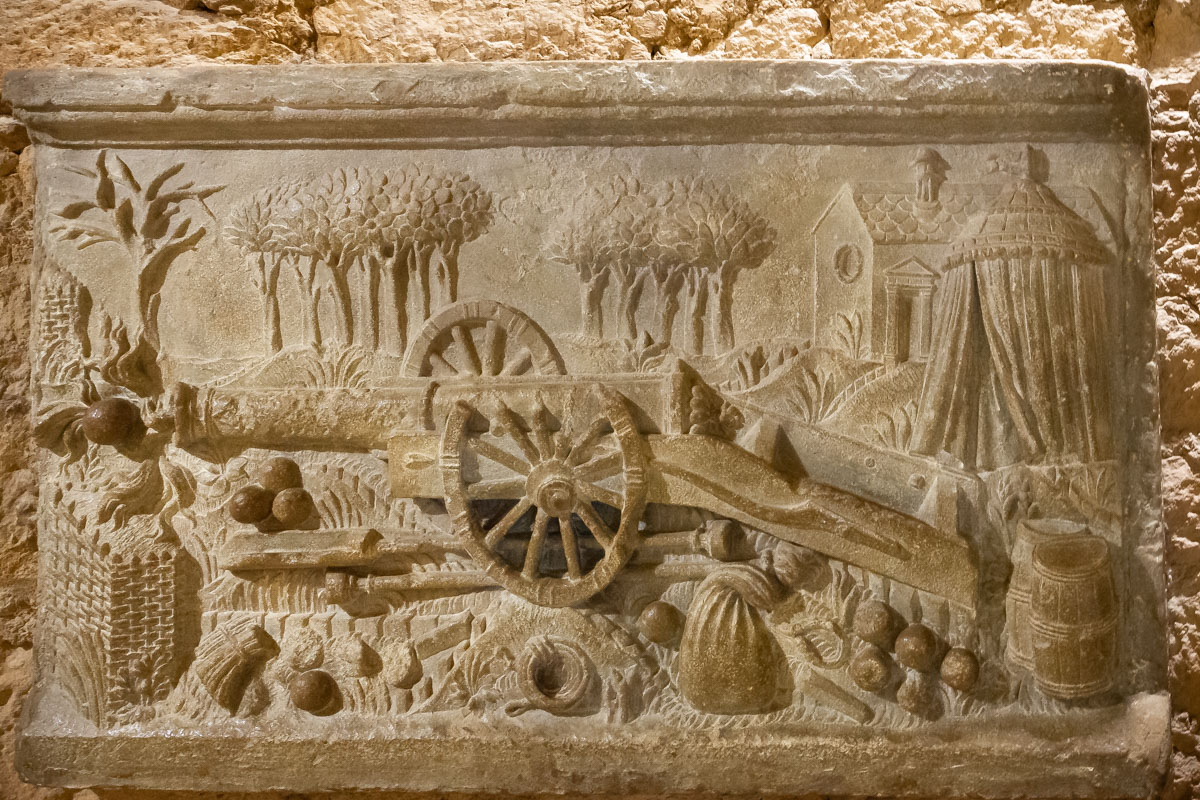 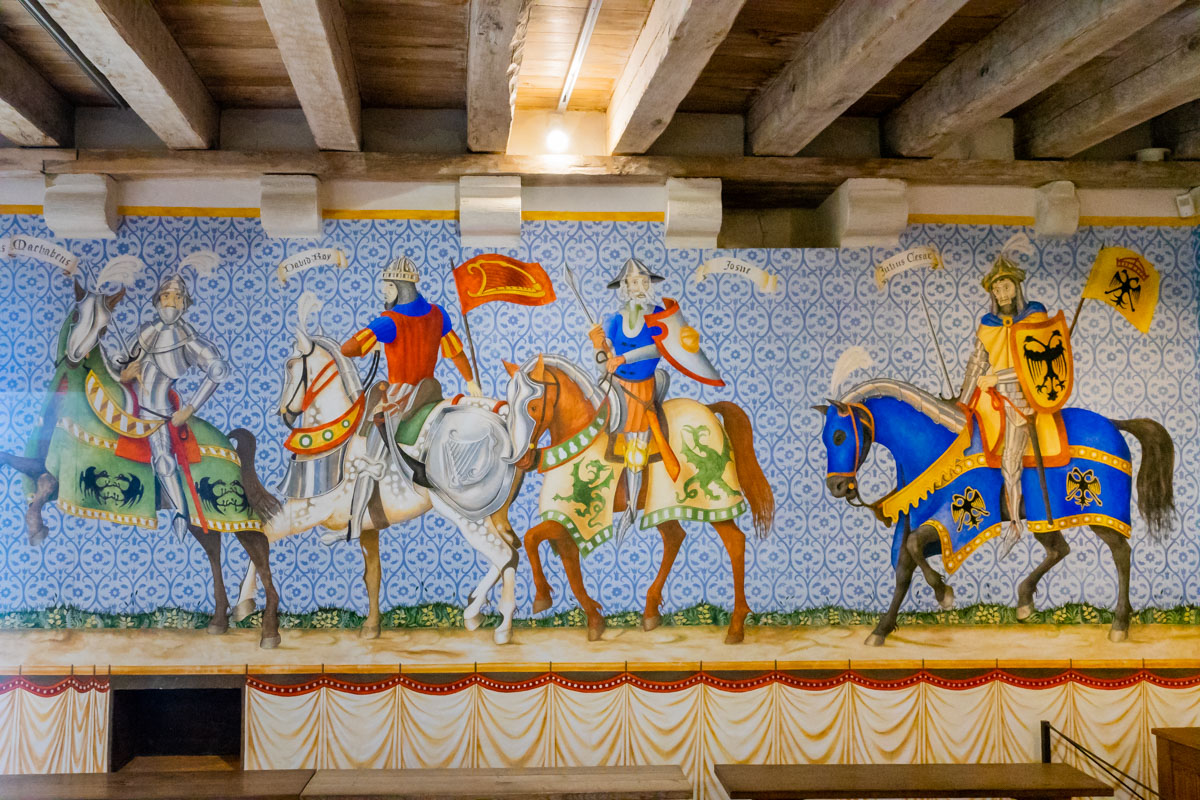 The mosaic procession of kings in one of the castle’s halls is curious in that it depicts Biblical
and ancient military leaders in medieval knight’s armor. The fragment above has Judah Maccabee, followed by King David, then Joshua, and then Julius Caesar.

The views from the castle’s ramparts is another reason to get to the top. Here is the perspective towards Beynac. 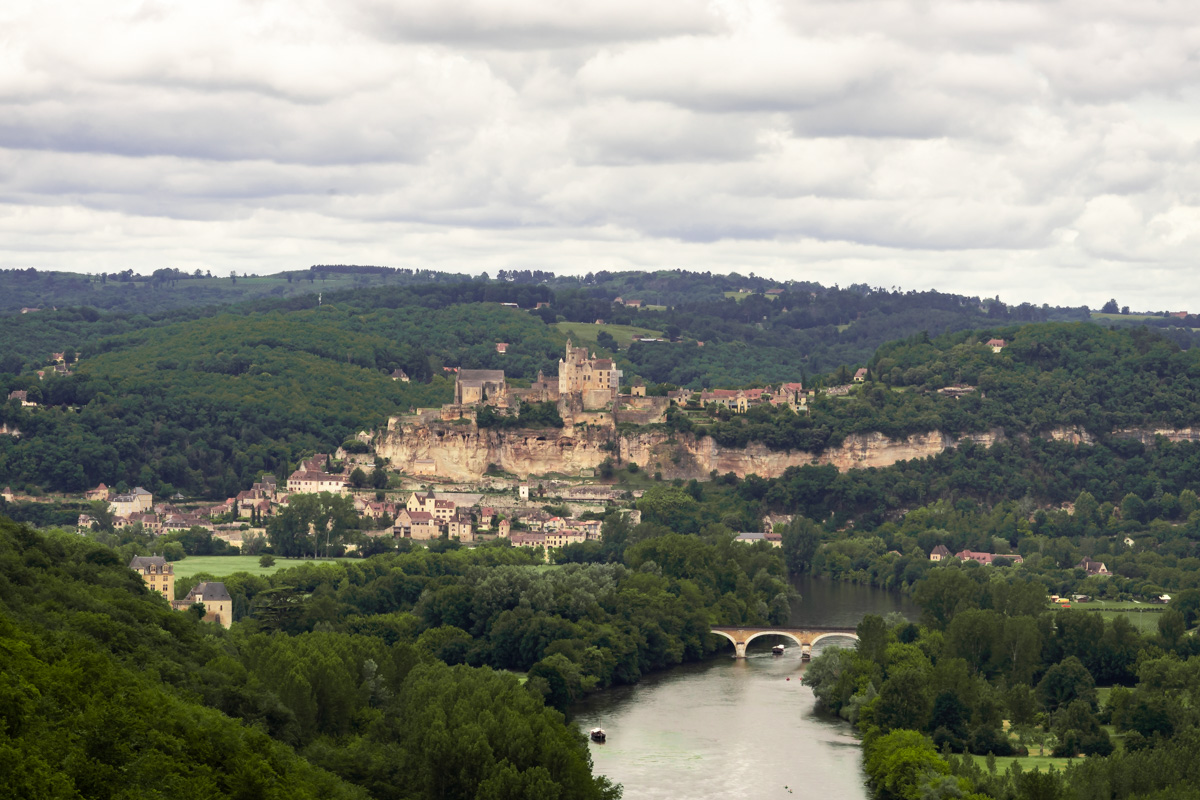 In another direction across the valley, we can see previously visited Jardins de Marqueyssac and the village of La Roque-Gageac. 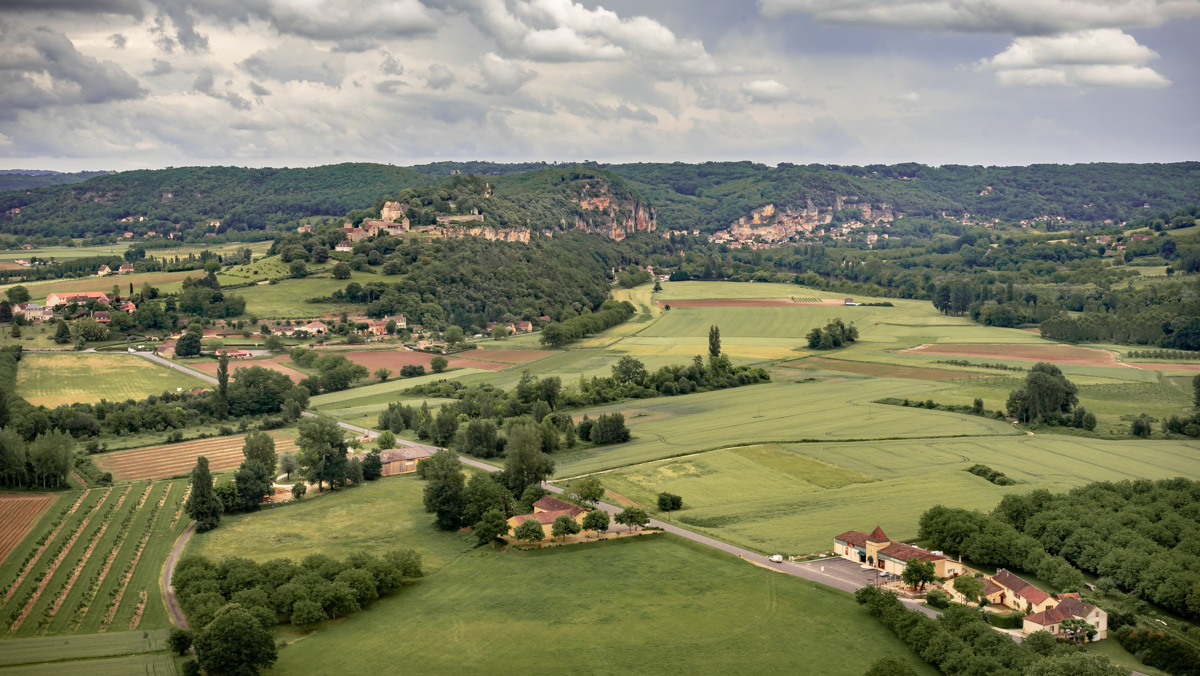 And a couple of other views of the river and the village. 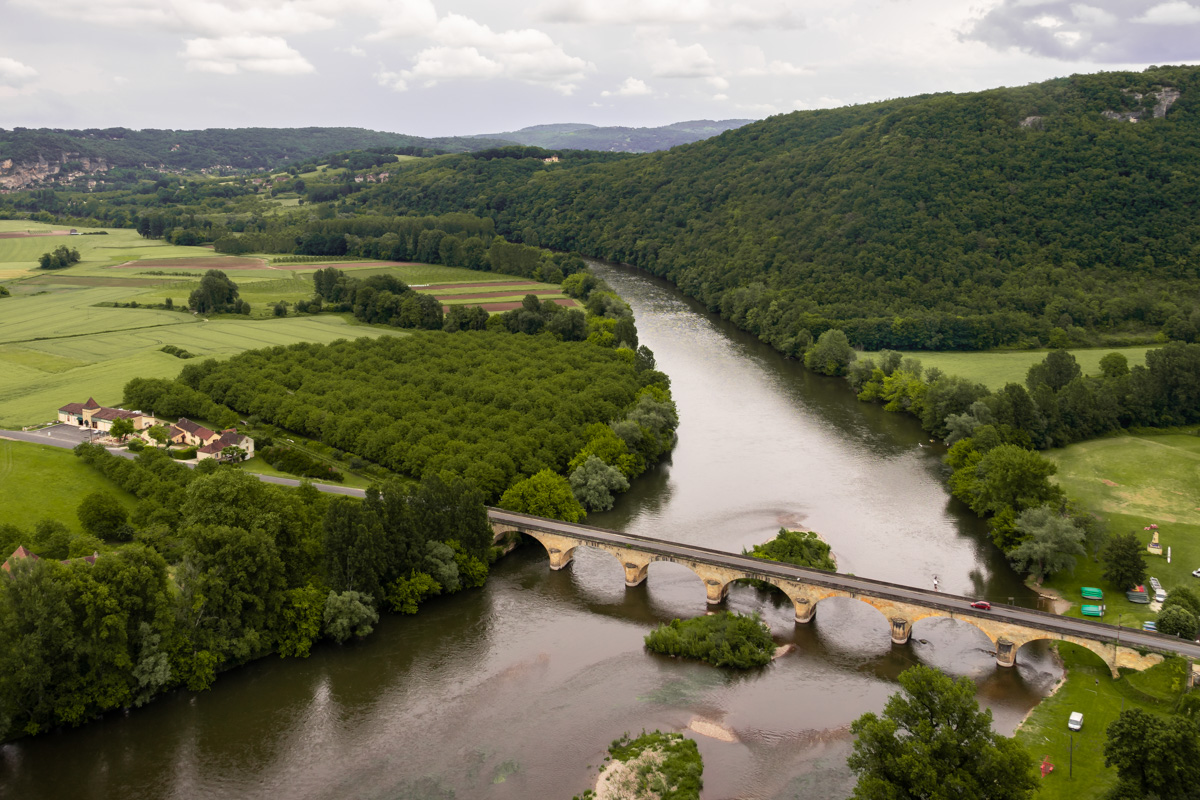 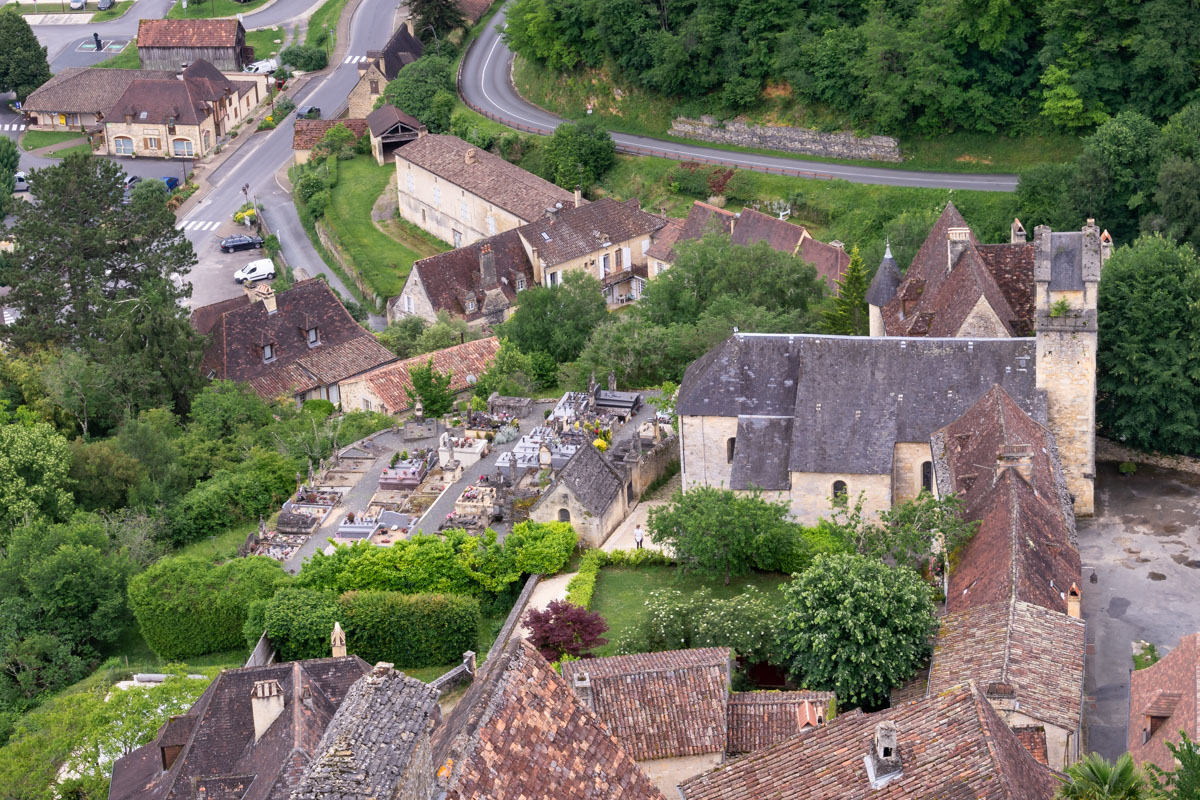 At the foot of the village, a monument to the local vintners. 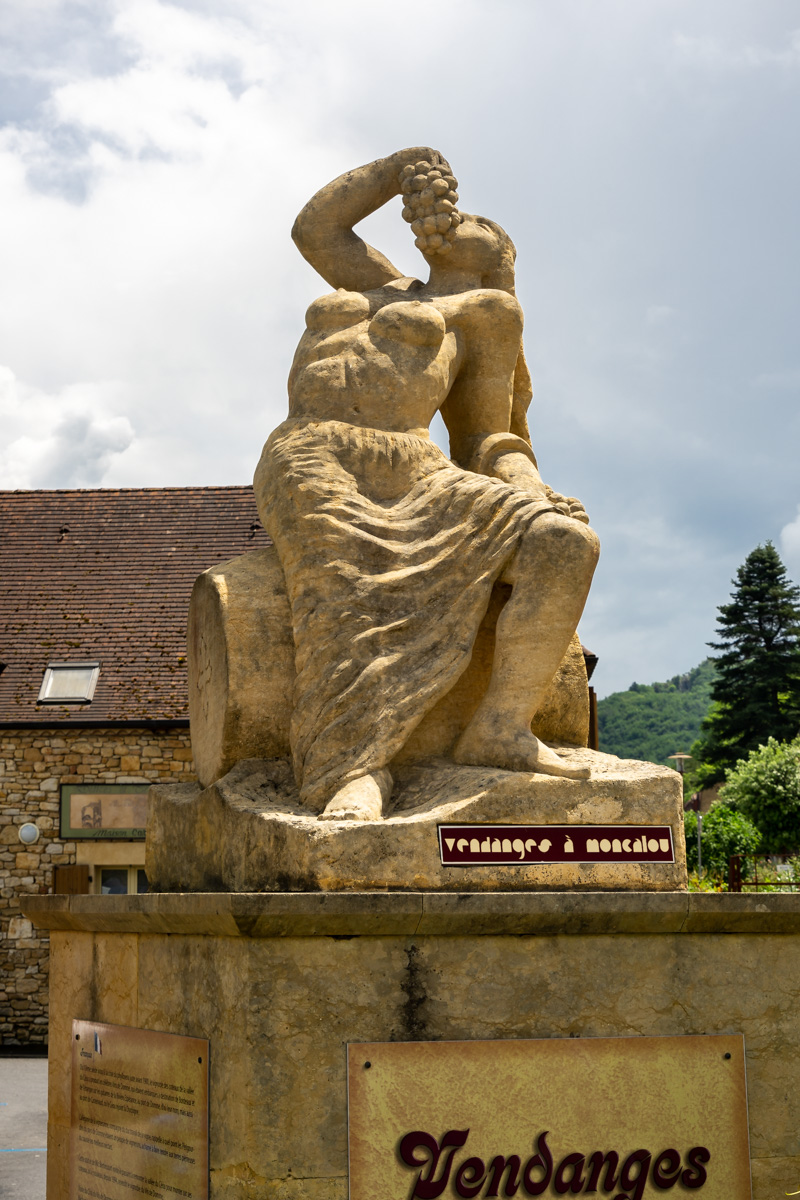 Overall, another worthy stop on our Dordogne itinerary.