Once you’ve been to a certain number of castles, you begin to realize that aside from architectural grandiosity the ones that leave the most lasting impression are those that look livable. No matter the historical significance or the commanding position, barren walls and a sense of abandonment will render any castle a little more than curiosity. On the other hand, manicured grounds, furnished rooms, attributes of an inhabited home (even when staged), signs of ongoing care – all of that makes visiting a place of less historical importance a more pleasurable experience.

Which explains how Château des Milandes ended up as probably our favorite of the handful of castles we visited in Dordogne. 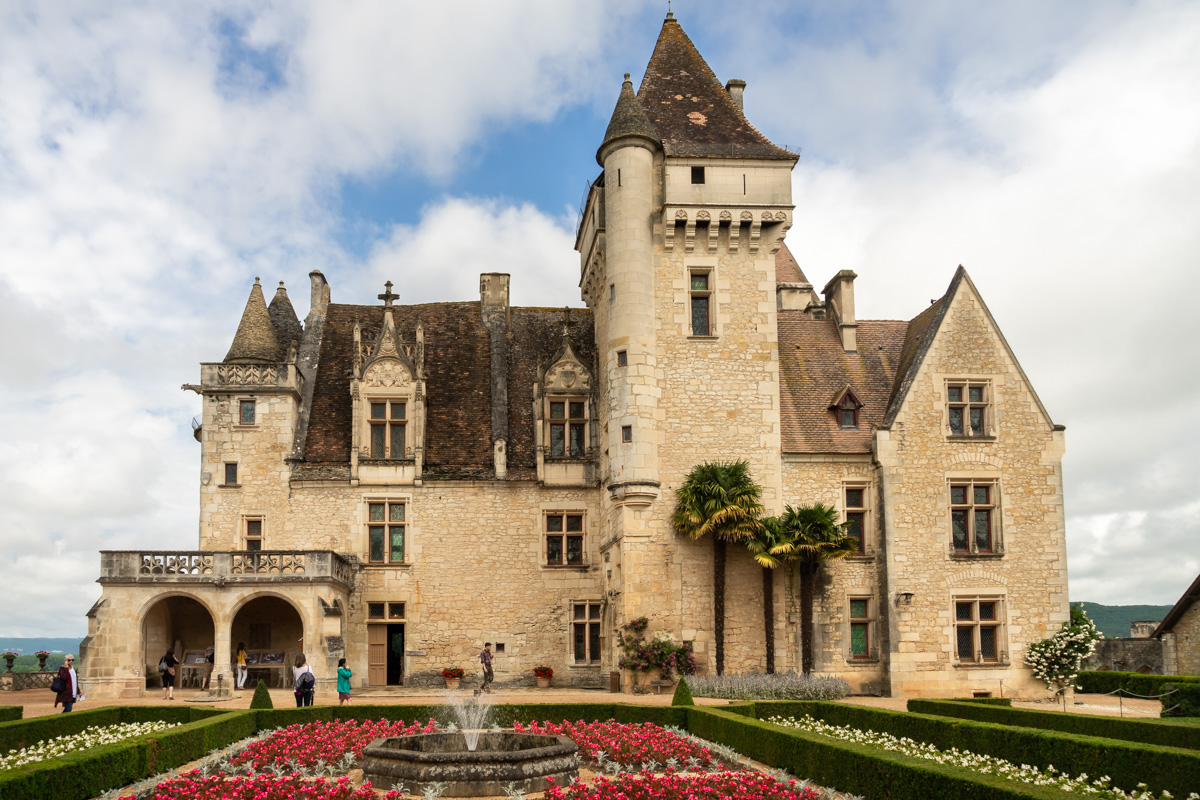 Château des Milandes was built at the end of the 15th century and exhibits many fine features of the Renaissance architecture. Its origins are actually rather romantic. The local lord, François de Caumont, felt the austere residence of the Castelnaud fortress (which we will see on our next stop) was not bright enough or lively enough for his wife, so he built her a beautiful new home.

Historically, the castle remained no more than a home of a local lord for a couple of centuries and then was largely abandoned following the French Revolution. In the end of the 19th century a new owner gave it a new life. The castle’s main claim to fame, however, falls on the middle of the following century, when the American-born French entertainer Josephine Baker first lived in and subsequently bought the château. During her quarter of a century here, she extensively modernized the interior and played a key role in the regeneration of the local community.

Interior photography is not permitted in the castle. There are a number of interesting rooms, such as extravagantly remodeled bathrooms or the atmospheric kitchen, well worth touring even if the accompanying audio-guide’s narration becomes a bit tedious with its emphasis on the events in Ms Baker’s life.

Pictorially, we have to limit ourselves to the exterior of the castle and to its gardens. 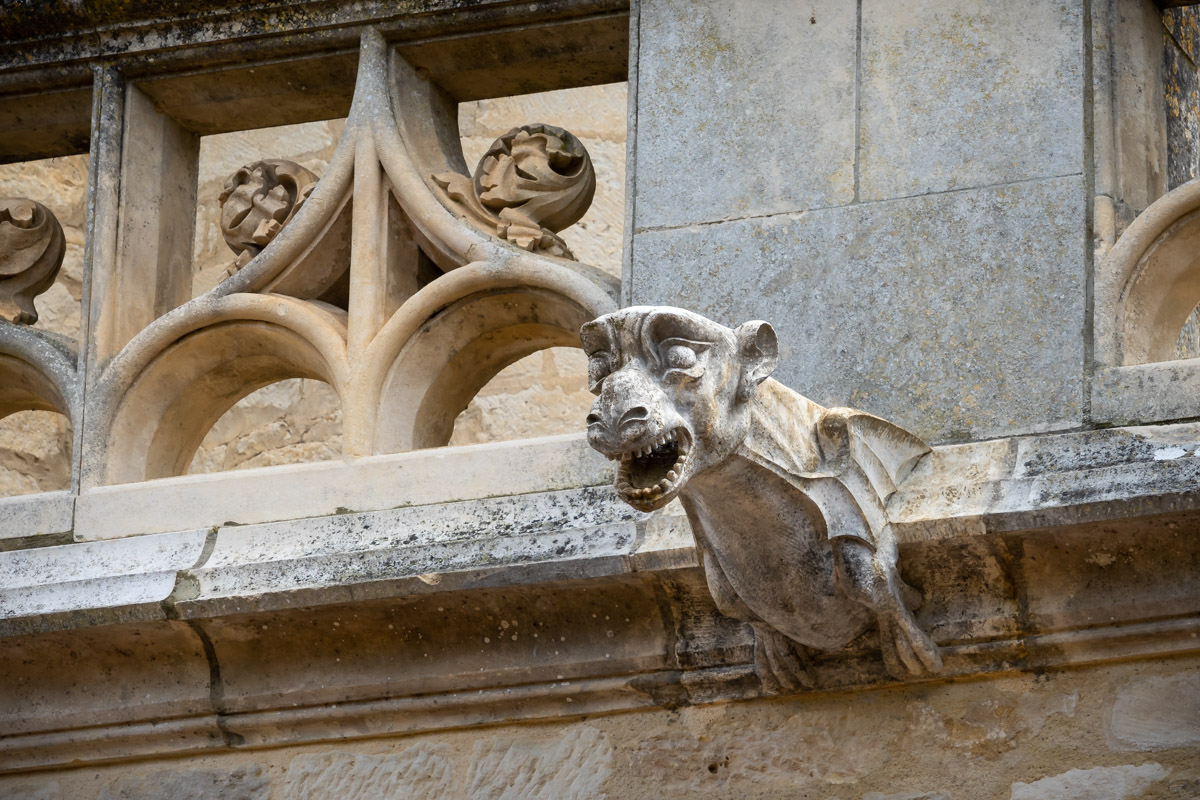 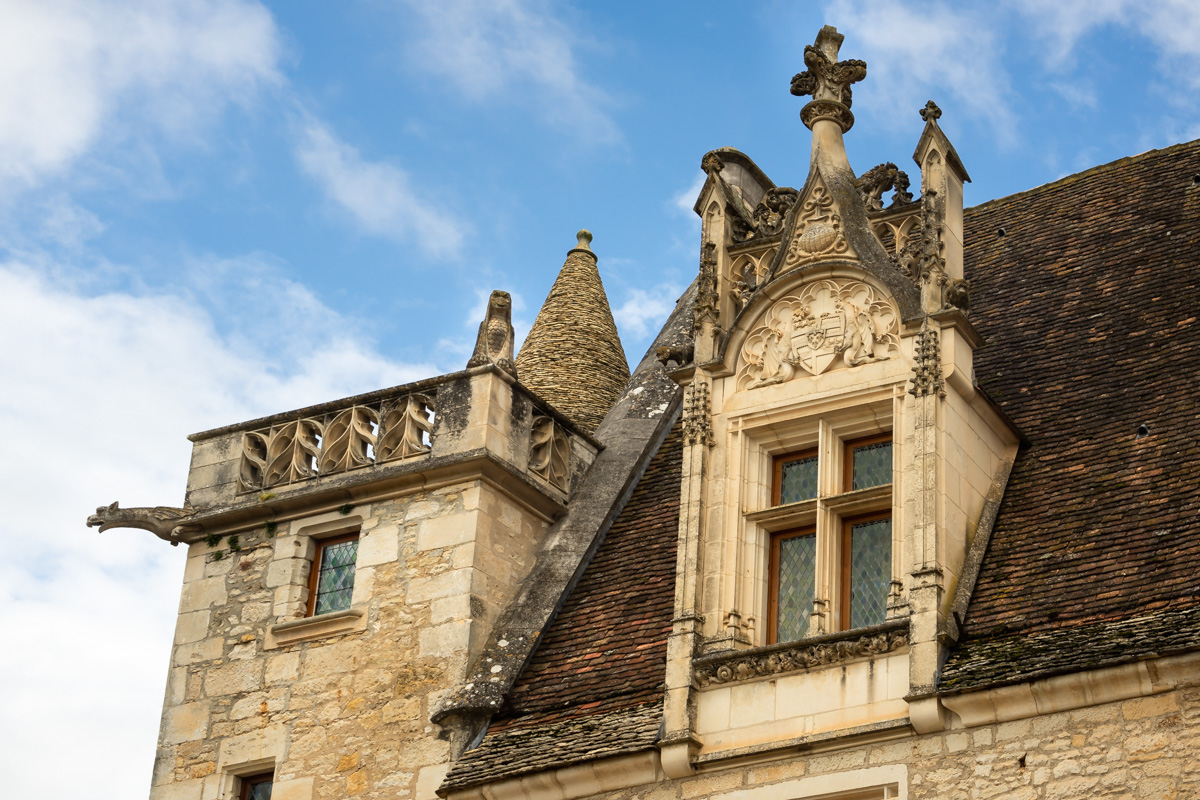 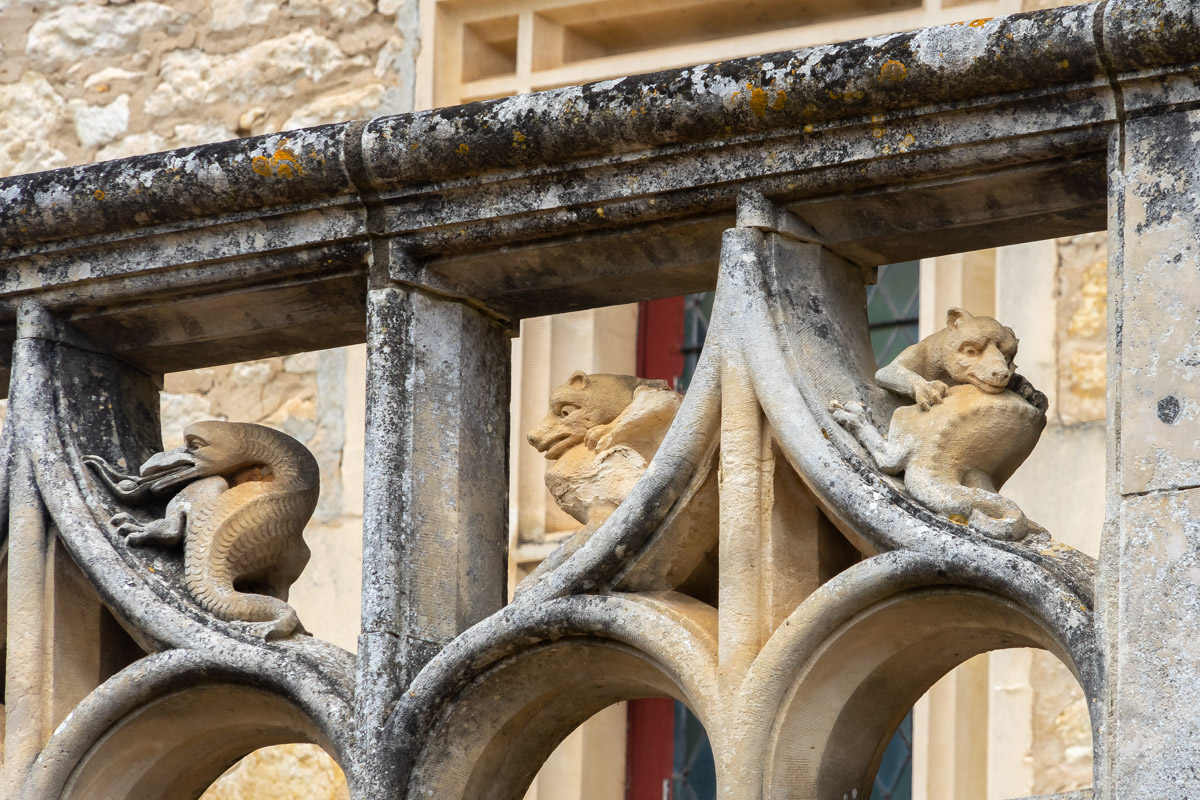 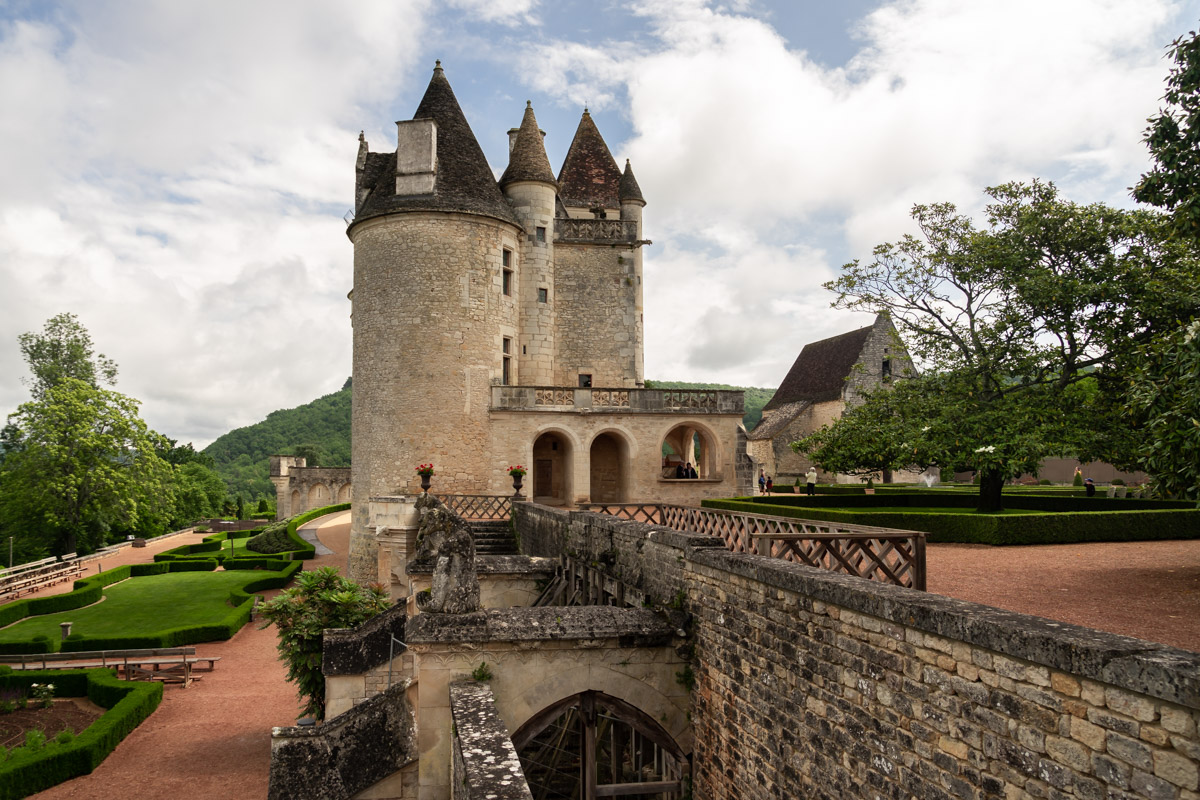 The chapel is an older medieval structure that was retained and incorporated into the grounds. 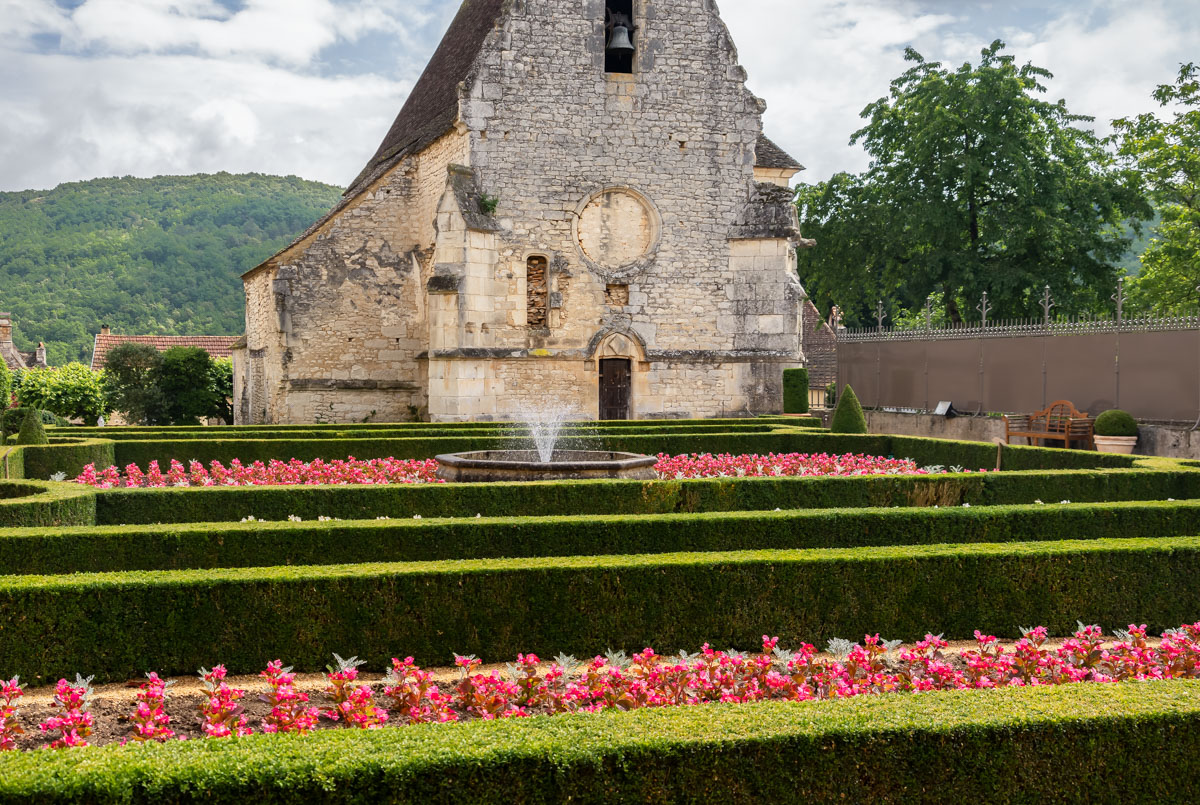 The gardens were laid out only in the beginning of the 20th century in the formal French tradition. 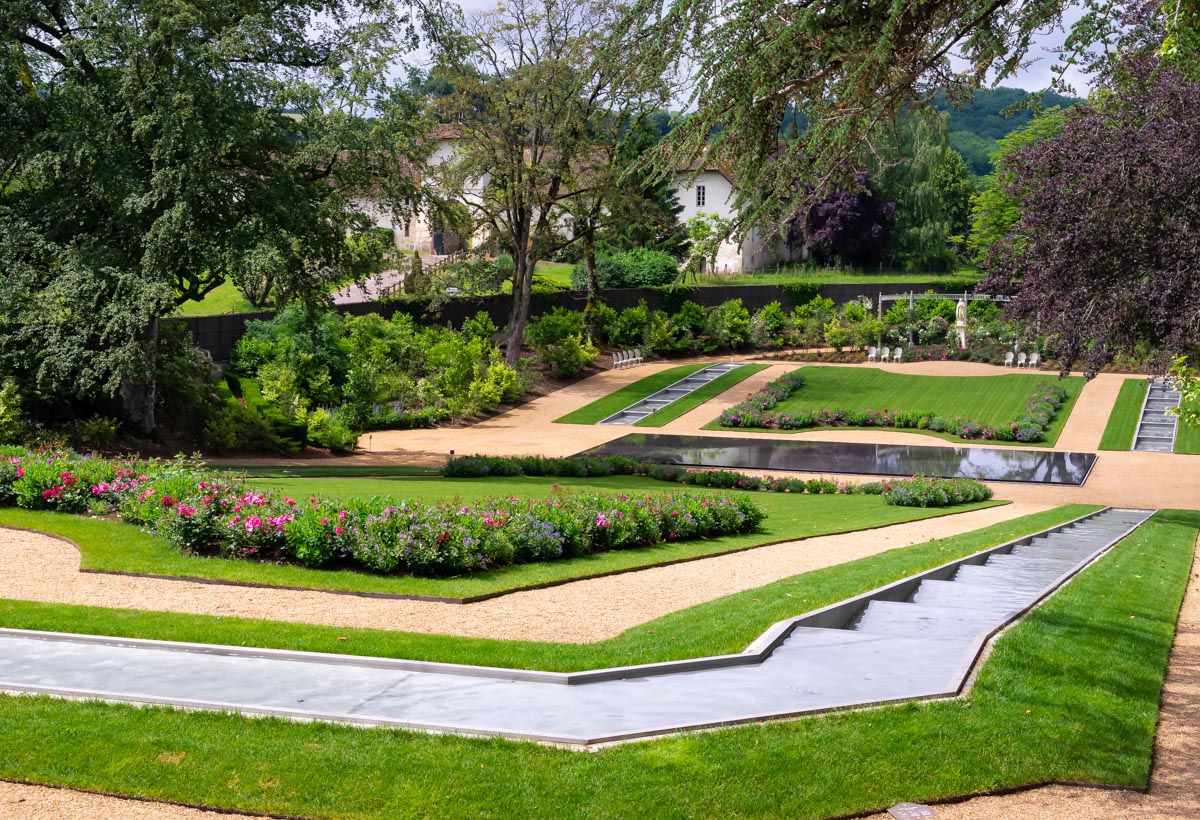 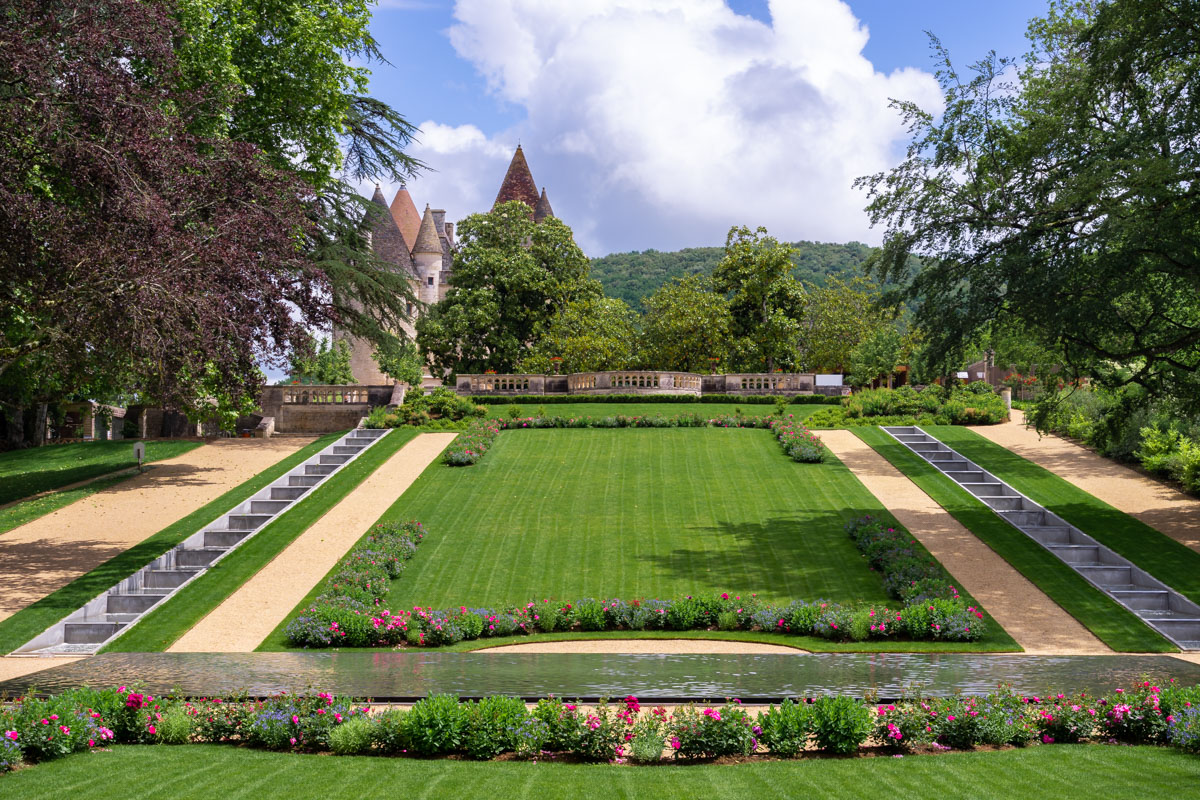 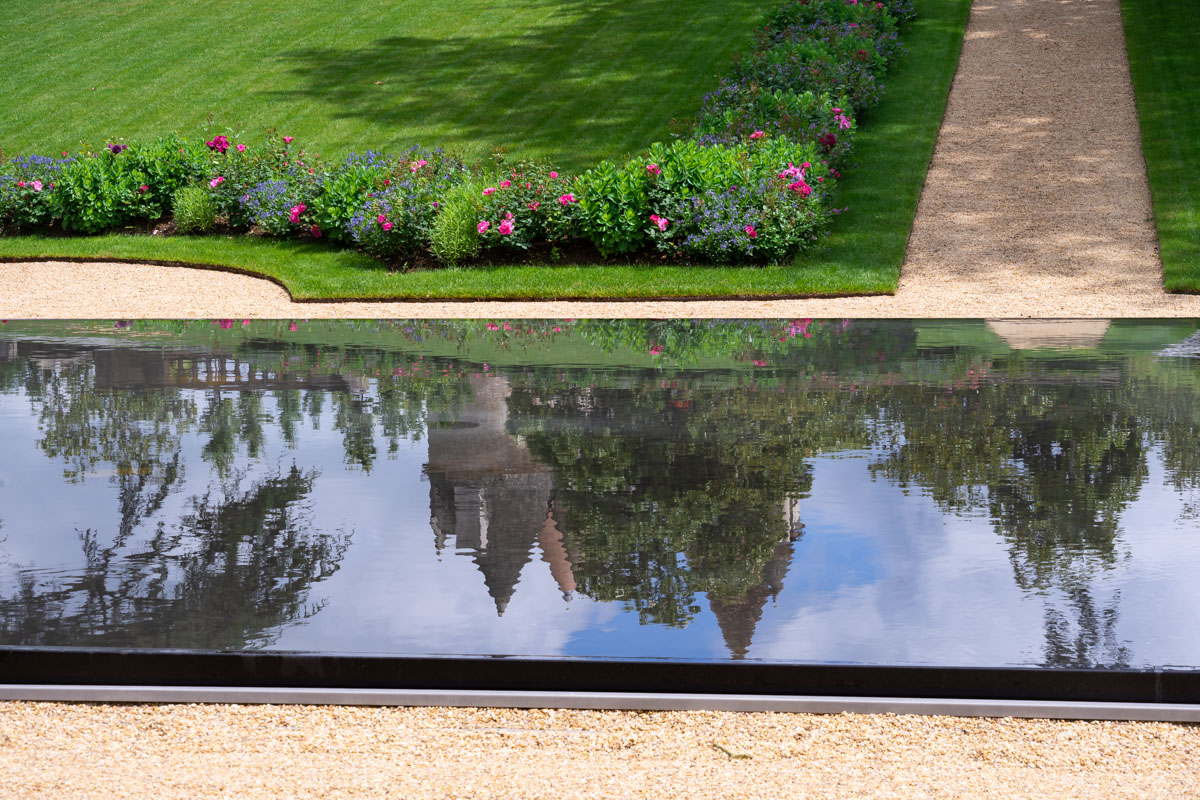 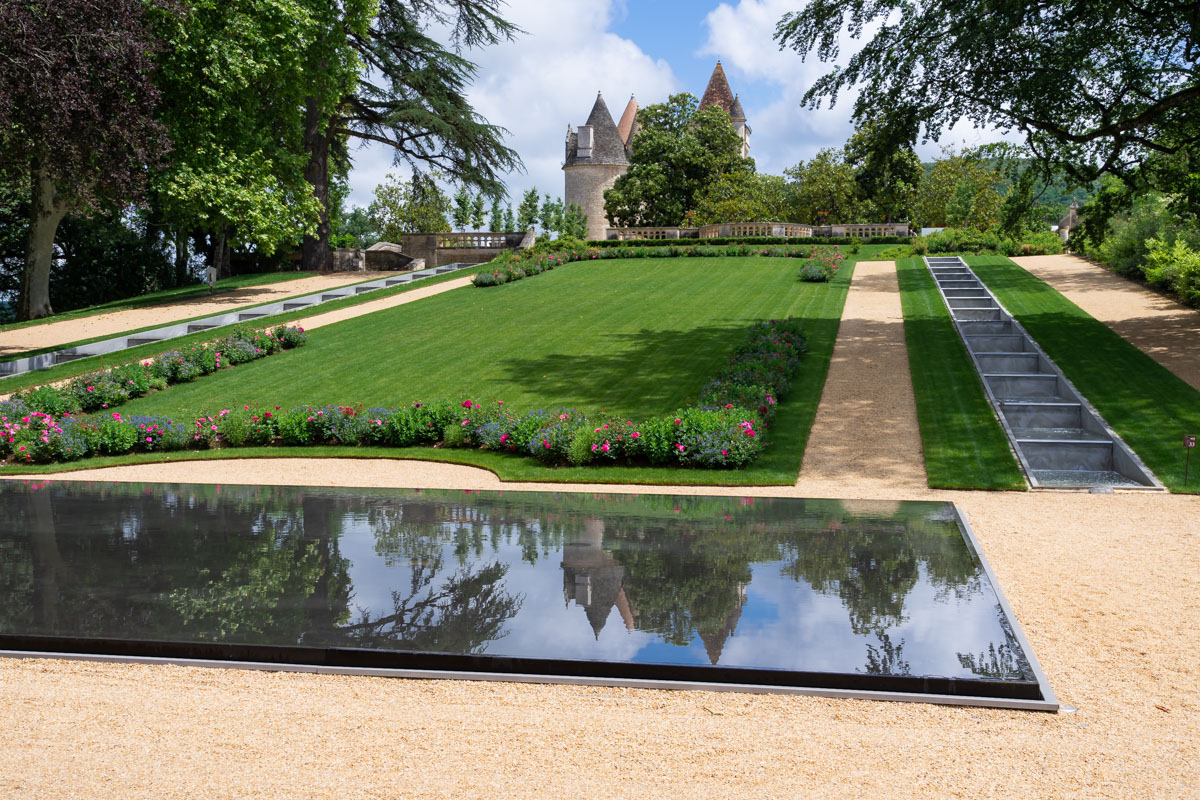 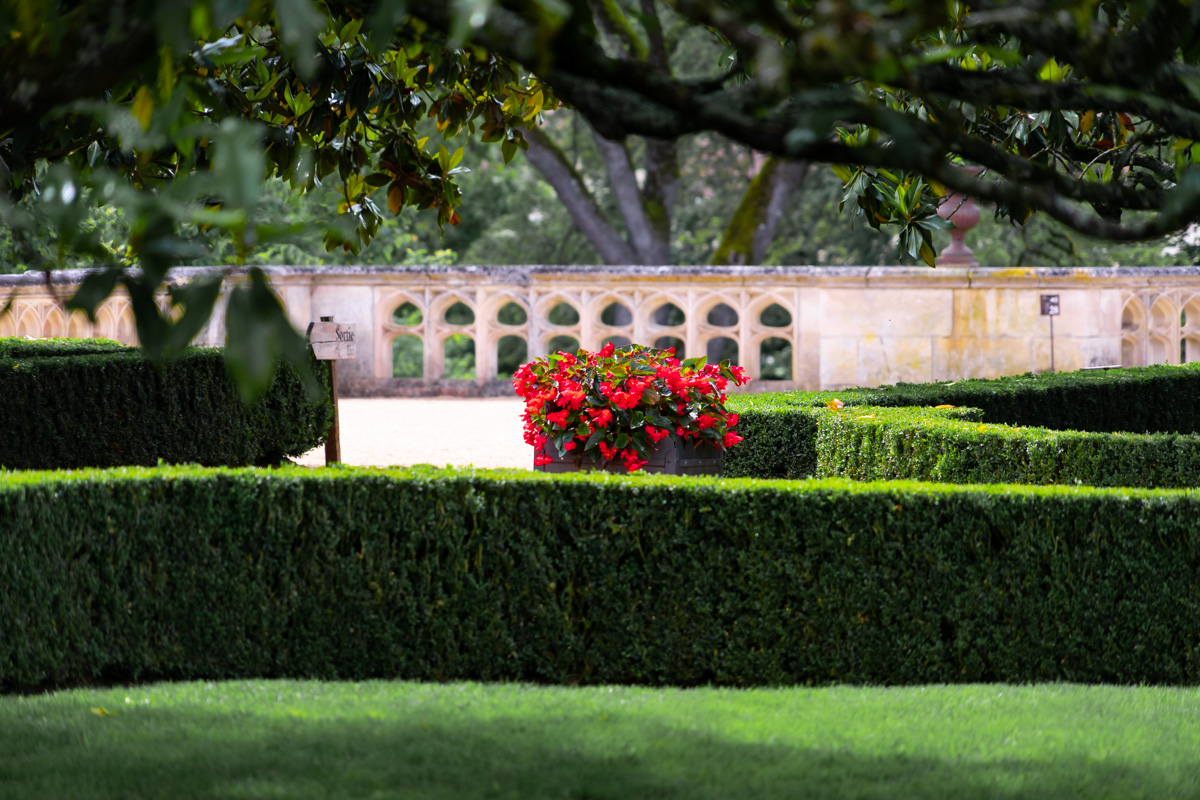 The castle grounds house a falconry center, with over 70 birds of prey. Daily shows allow visitors to take a close look at some of these fine creatures. 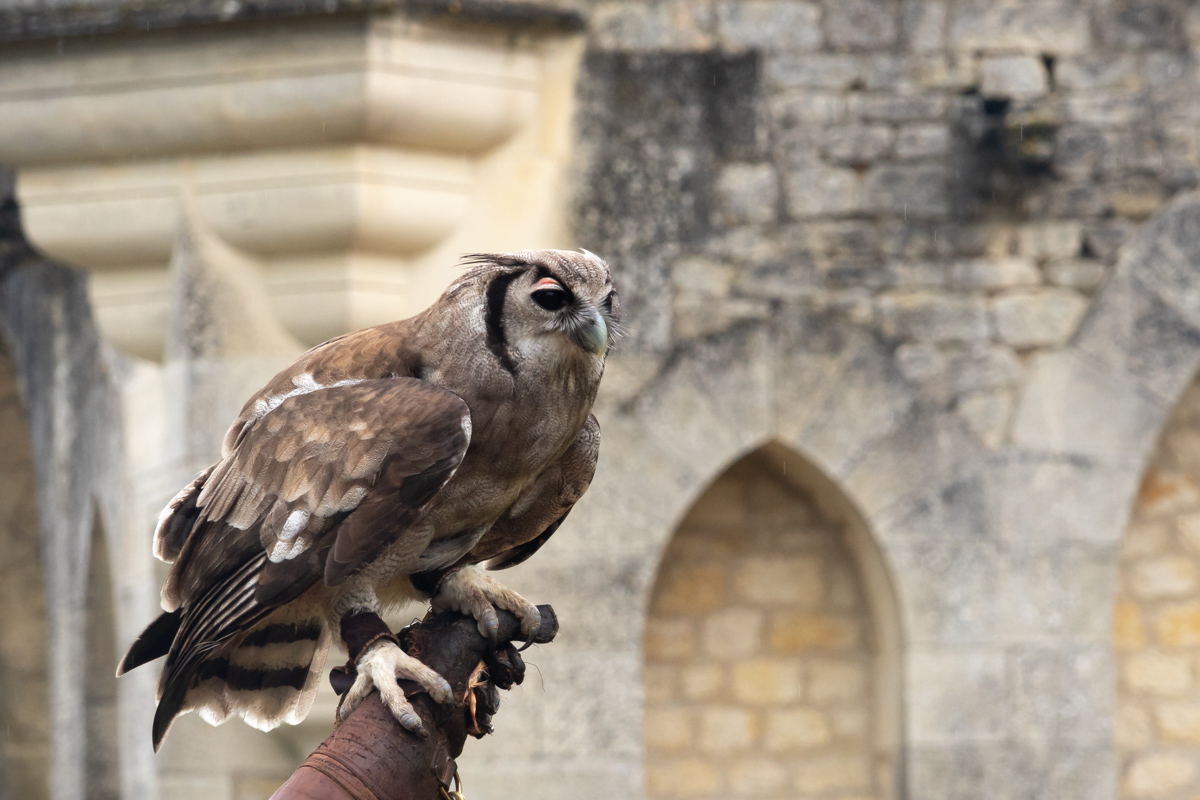 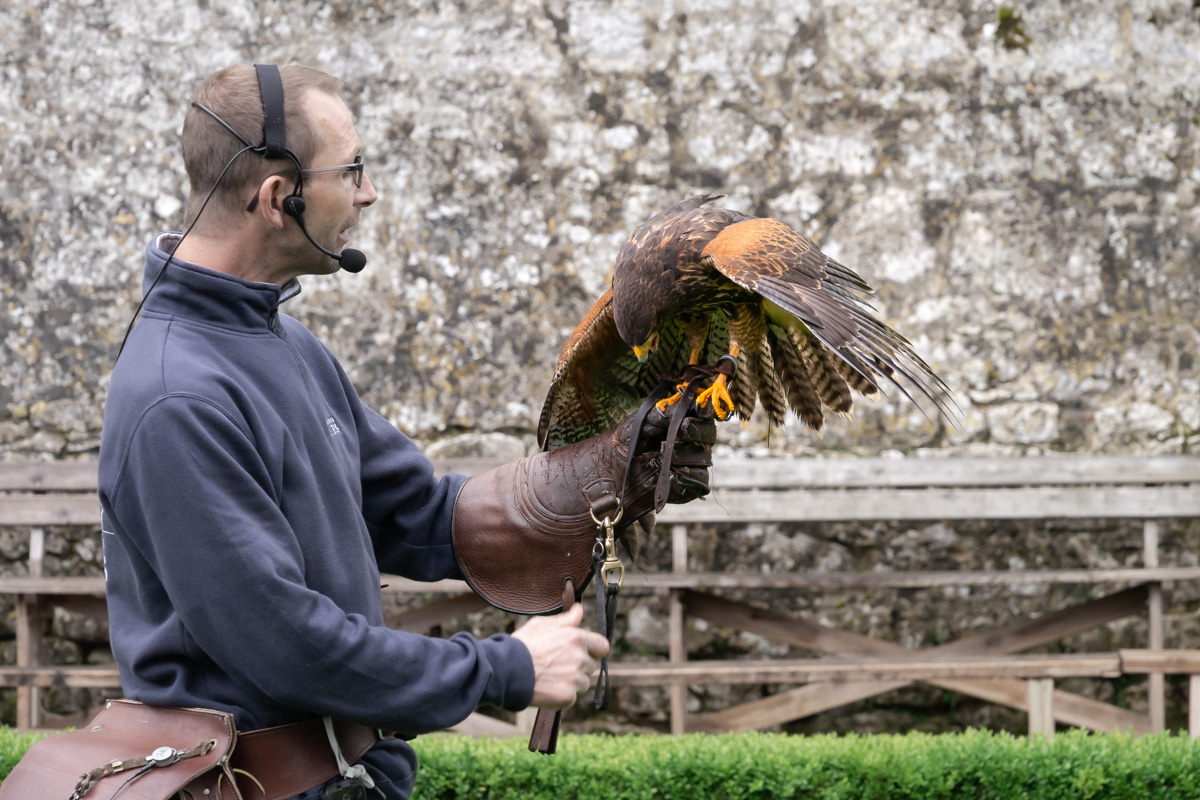 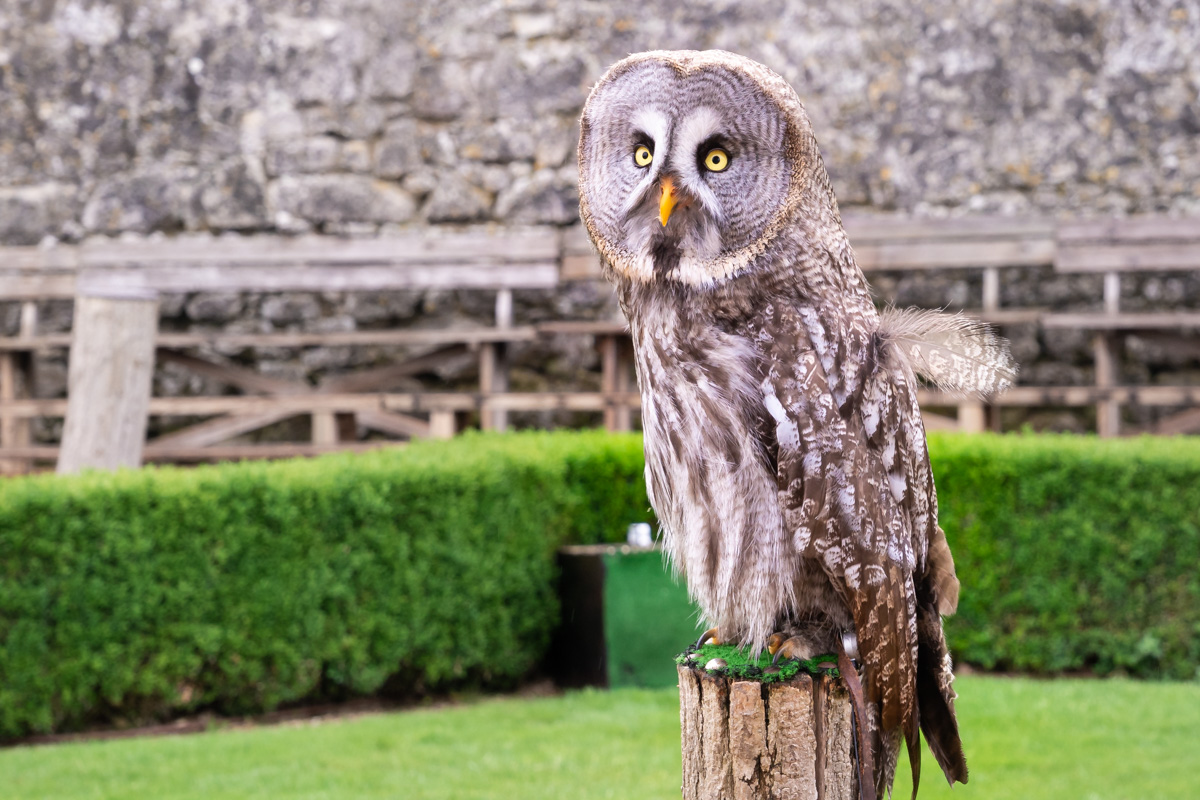 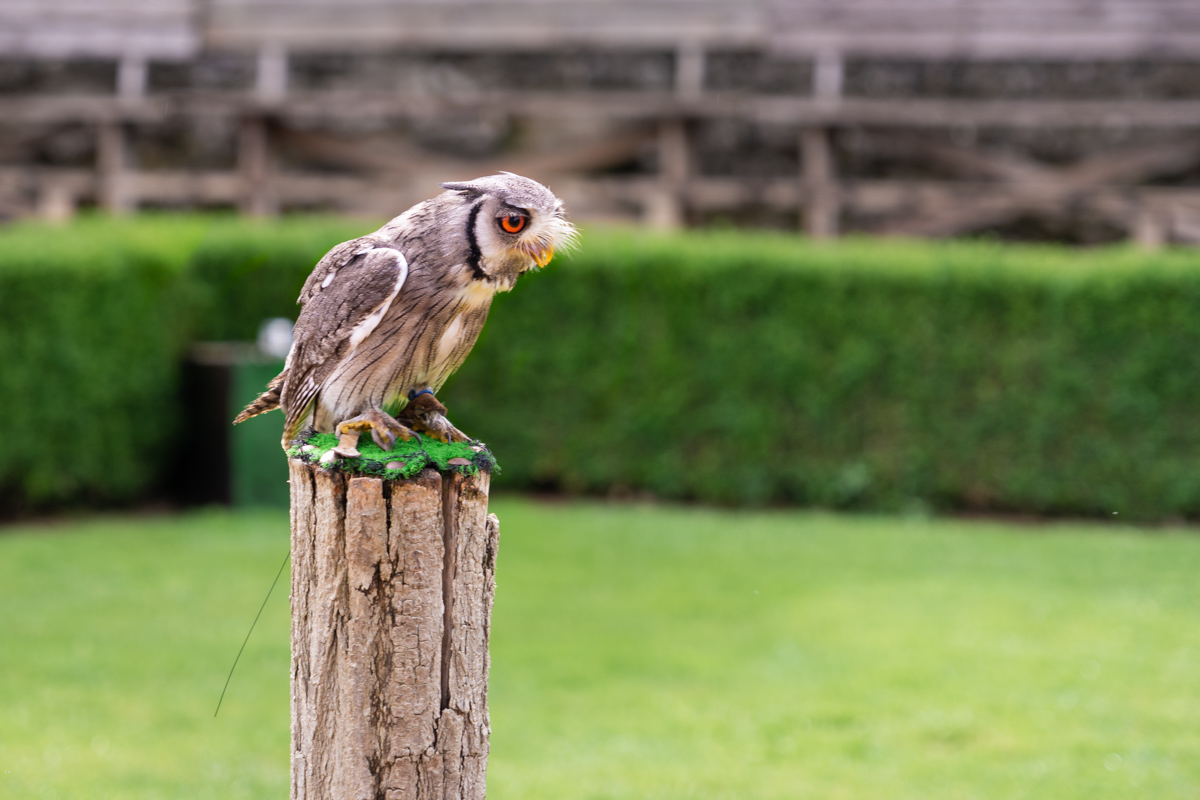 I had to take pictures of the castle from all different angles, and since I can’t choose which angle I like the best, here are a few of my favorites. 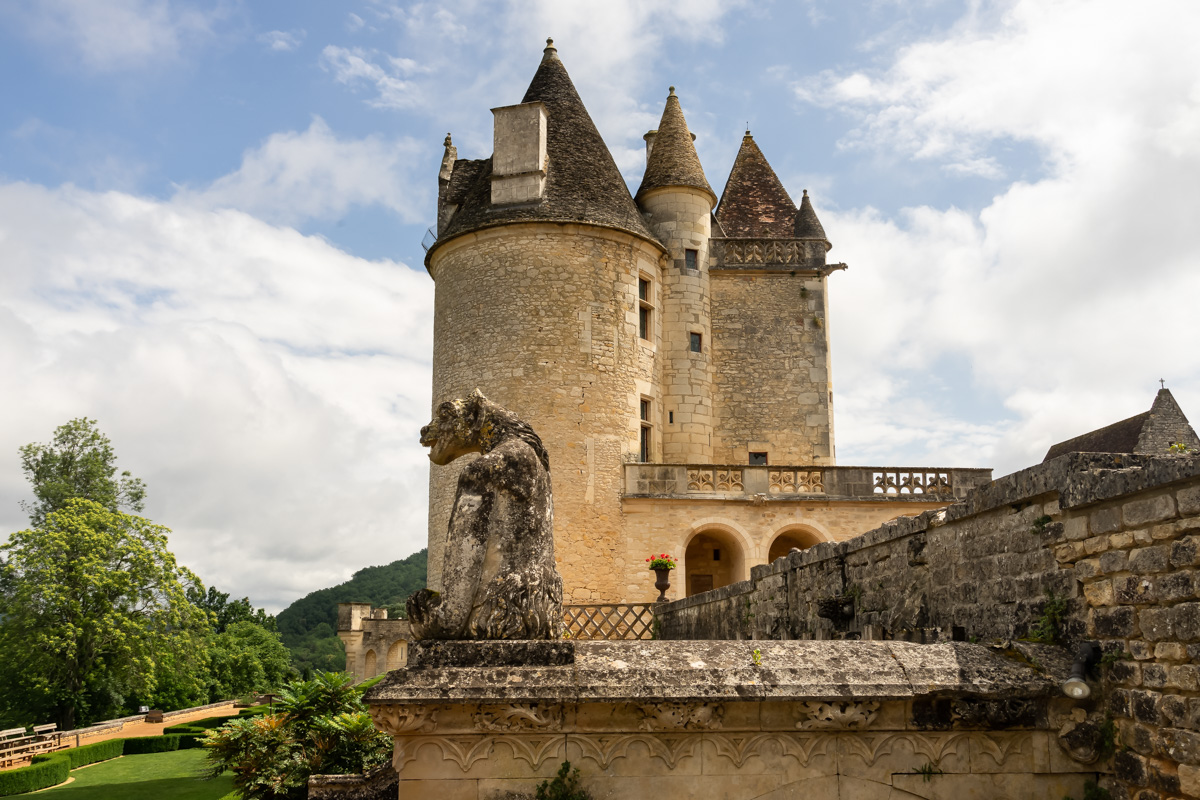 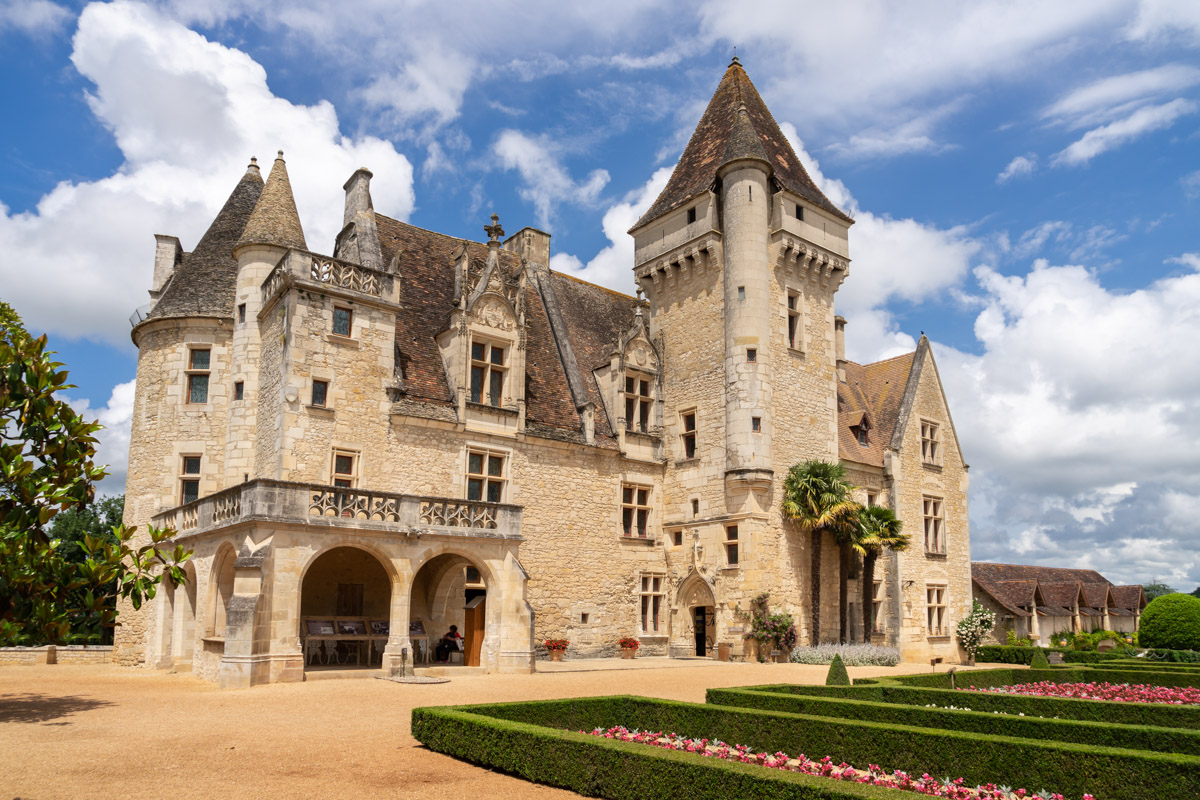 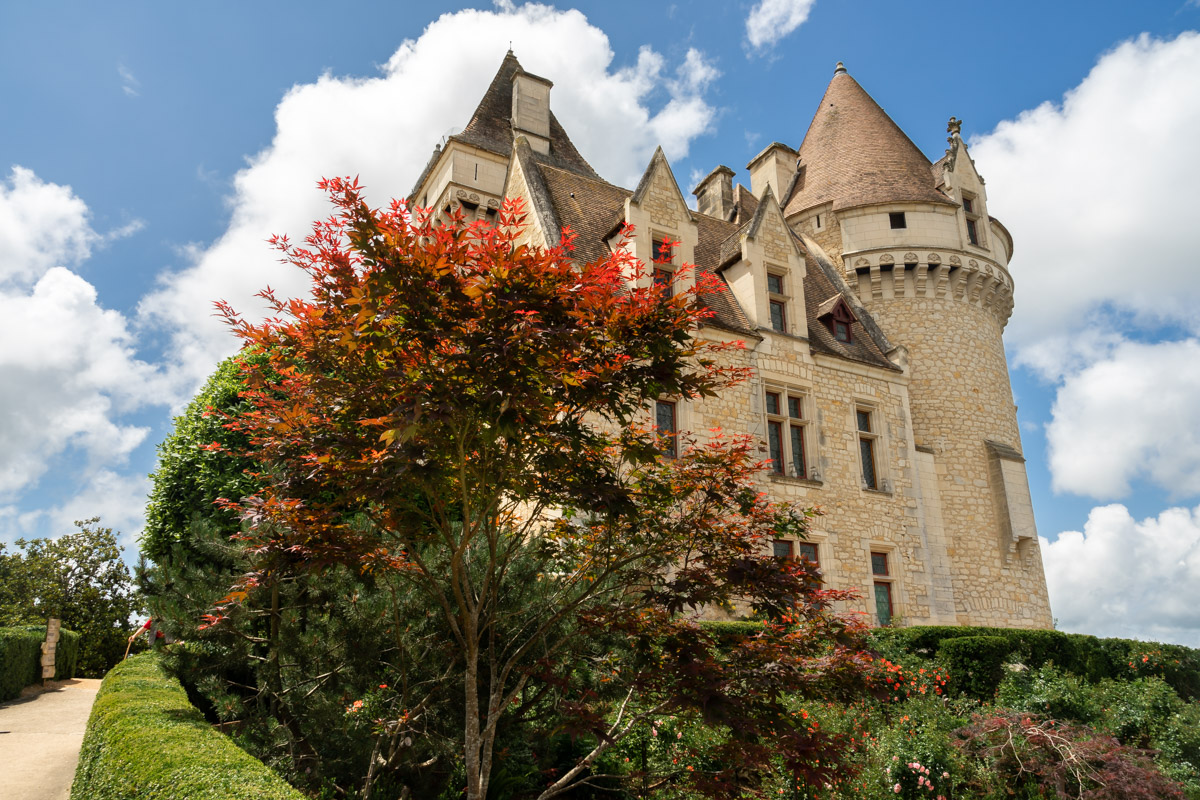 Here you go: not as significant historically as many, more beautiful than quite a few.