Belvès is the largest of all Les Plus Beaux Villages de France in Dordogne, counting nearly 1,500 residents. We started hitting the point of diminishing returns when we visited here, as the village would surely impressed us more if we had not seen close to a dozen other places on this trip already. Although located on a hill, it is not as dramatically positioned as Beynac. Having elements of a fortified settlement, it is too medieval to be as neat as Monpazier. Being significantly bigger, it is not as postcard-perfect as La Roque-Gageac. Nonetheless, it is a hill village that is well worth exploring.

The central square, Place d’Armes, features a covered market built in the middle of the 15th century when the old marketplace could no longer satisfy the demands of the local population. 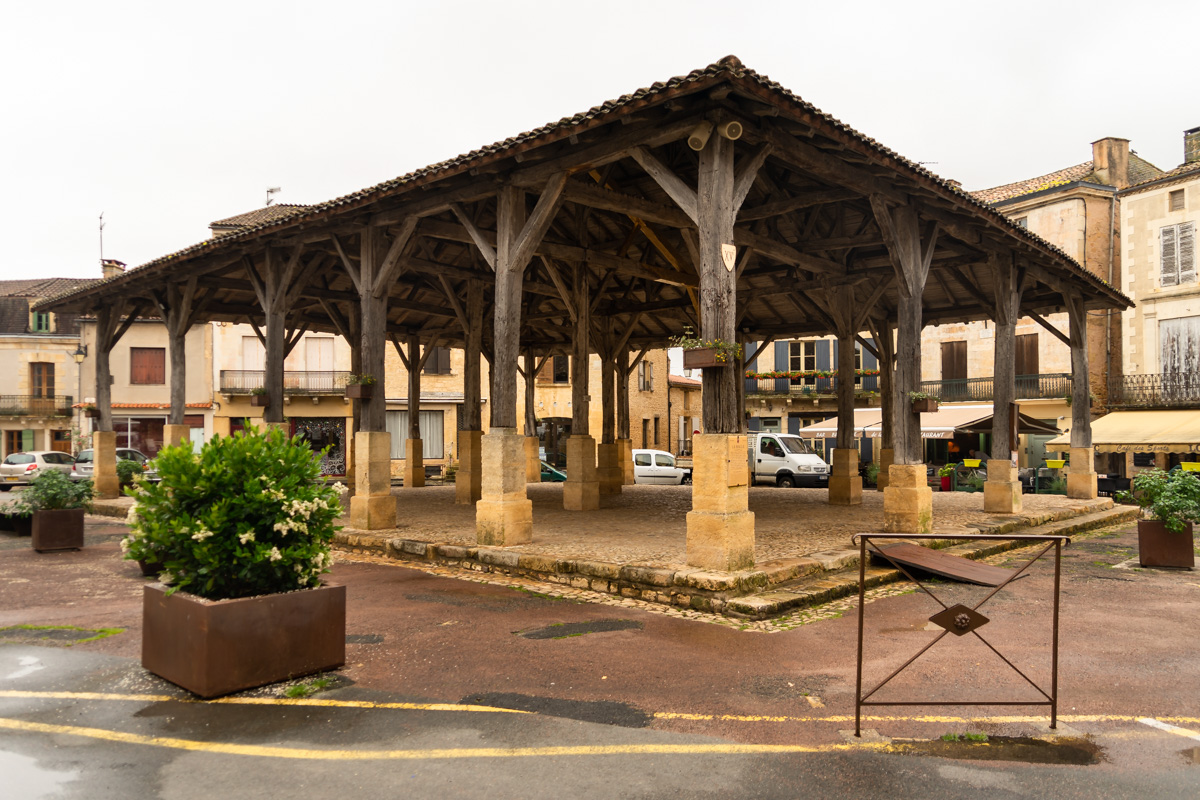 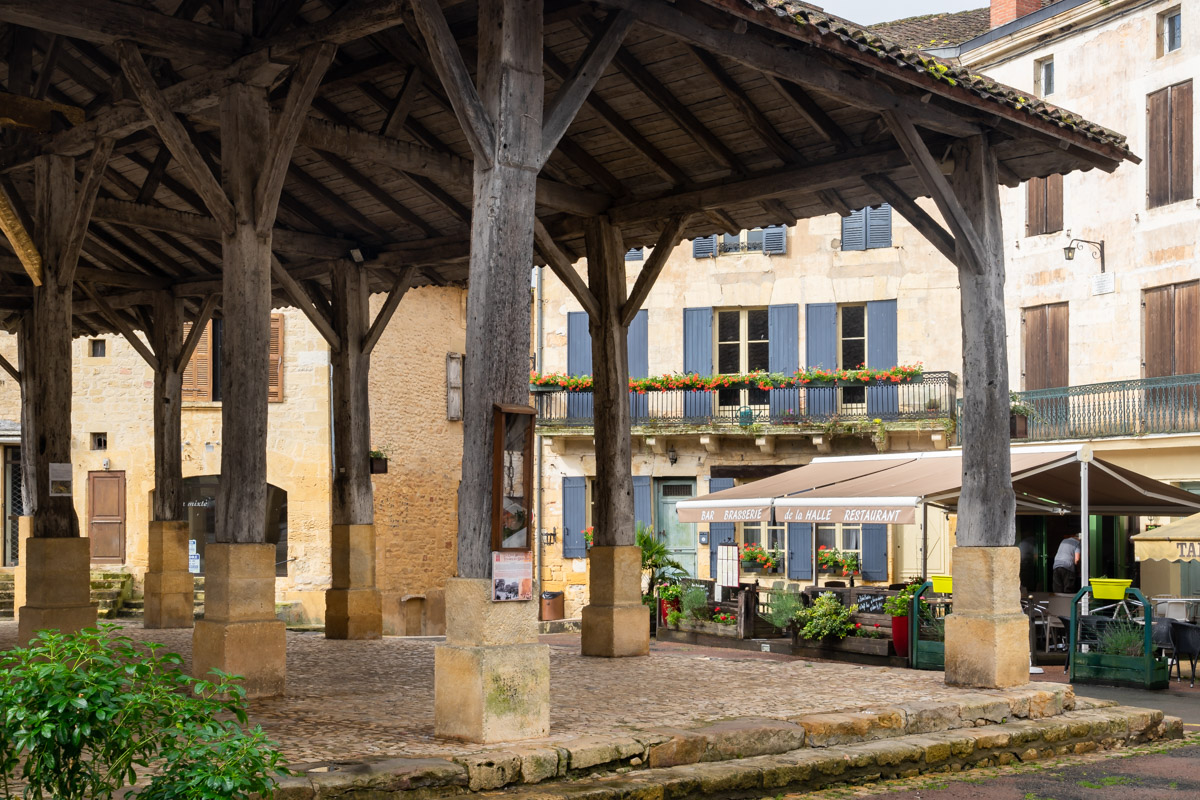 Also on the square are the 13th-century Belfry… 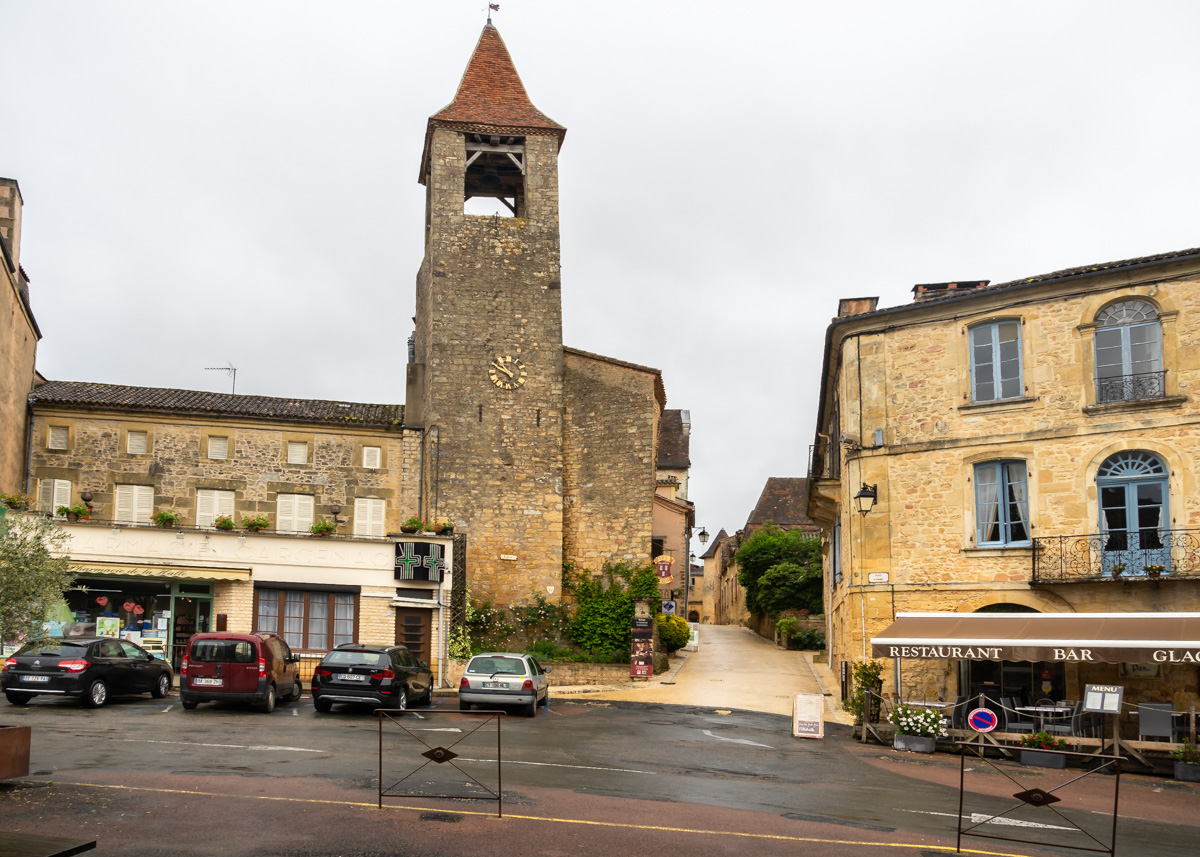 … as well as a couple of hôtels particulier that were once residences of local nobility and clerical hierarchy. 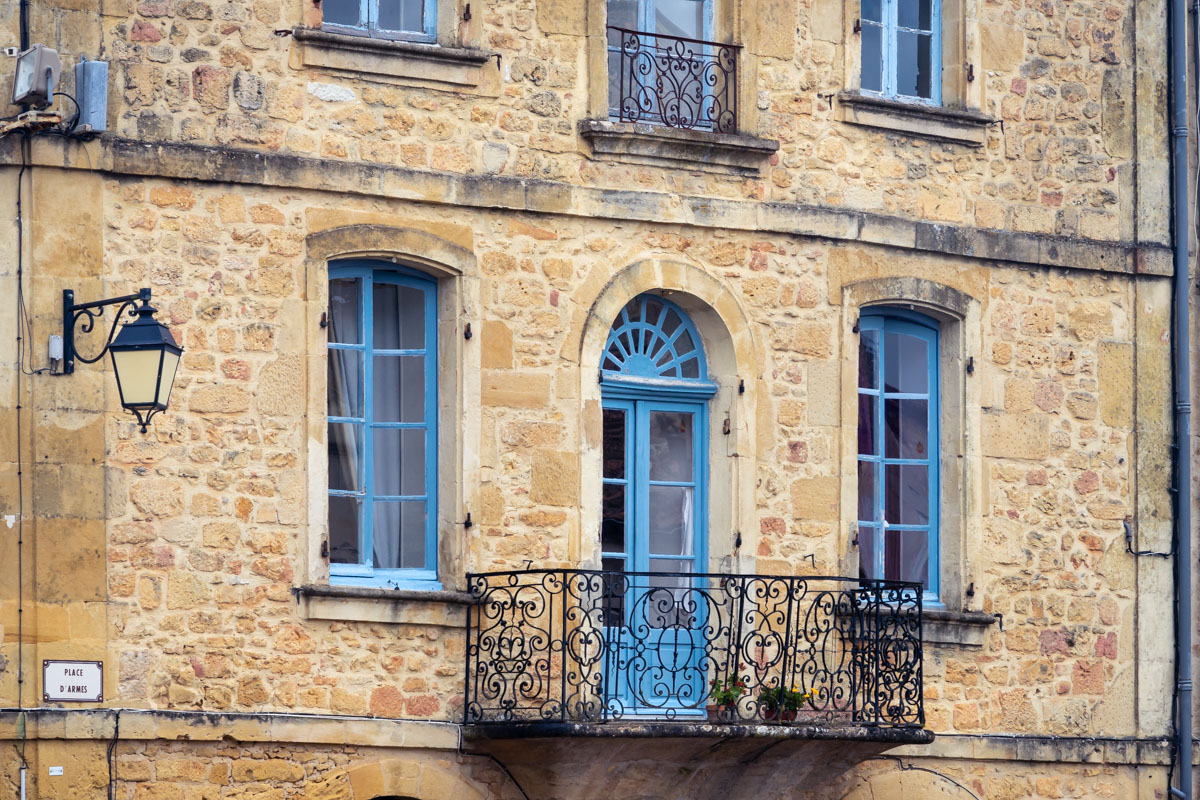 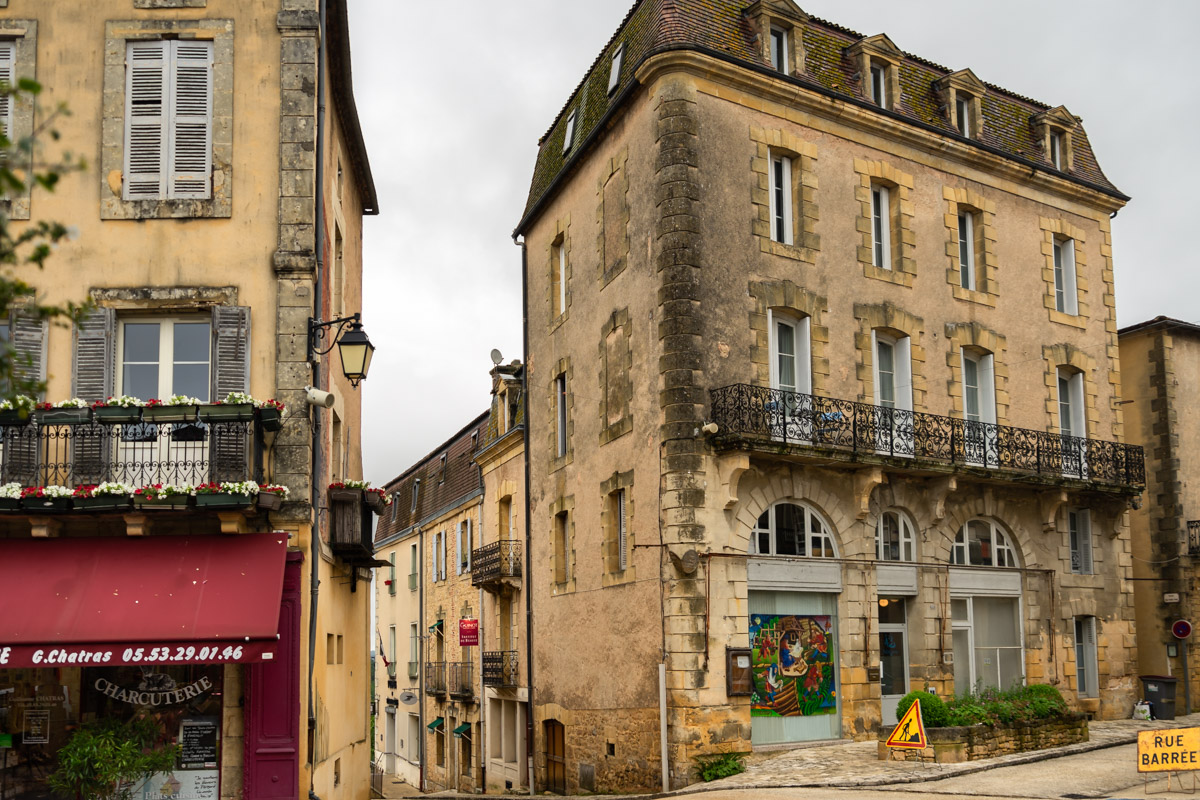 The streets around the main square make heavy use of Sarlat yellow stone as the key building material. 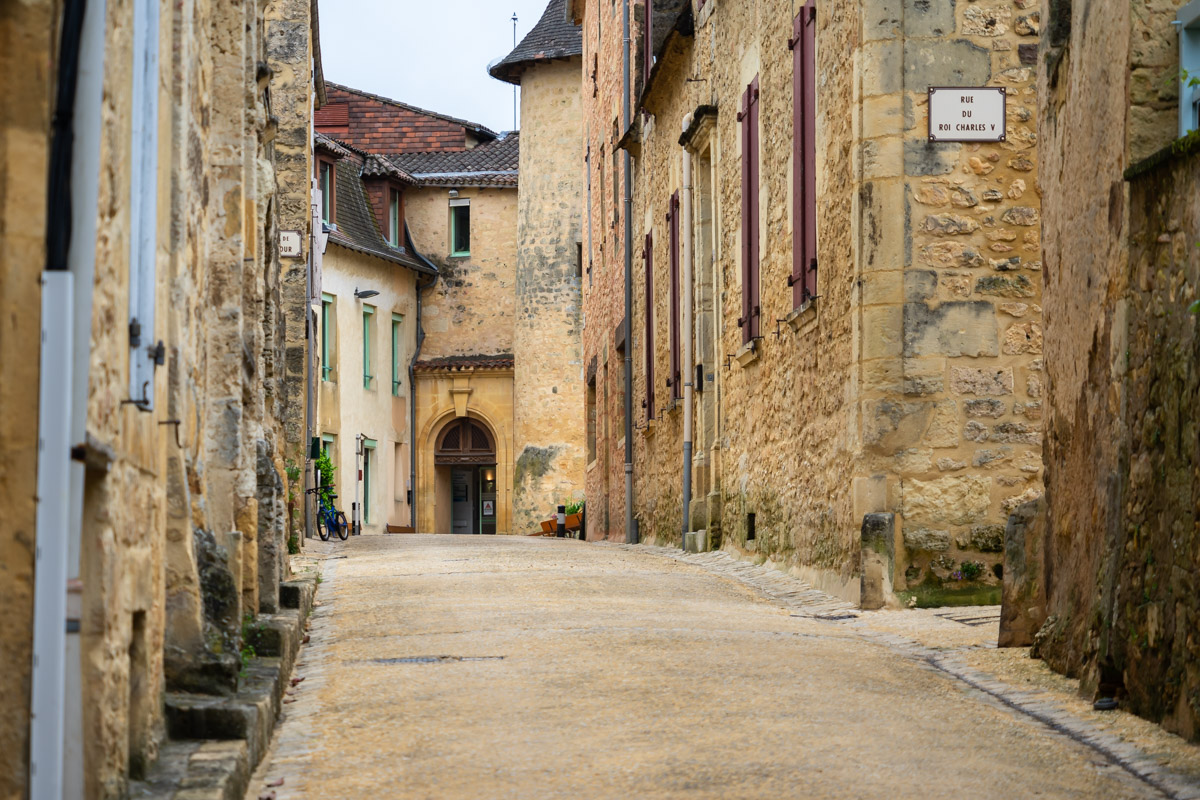 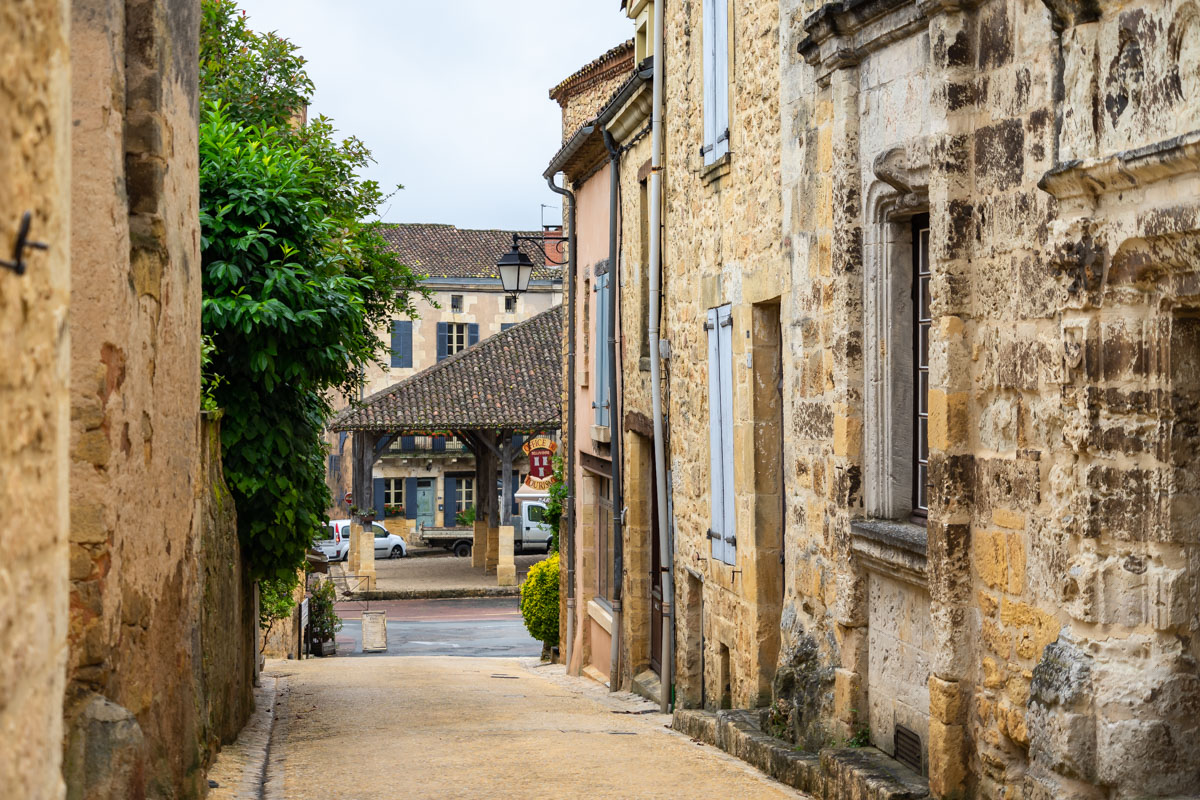 A local hospital occupies this castle and a few adjoining former fortifications at the village’s edge. 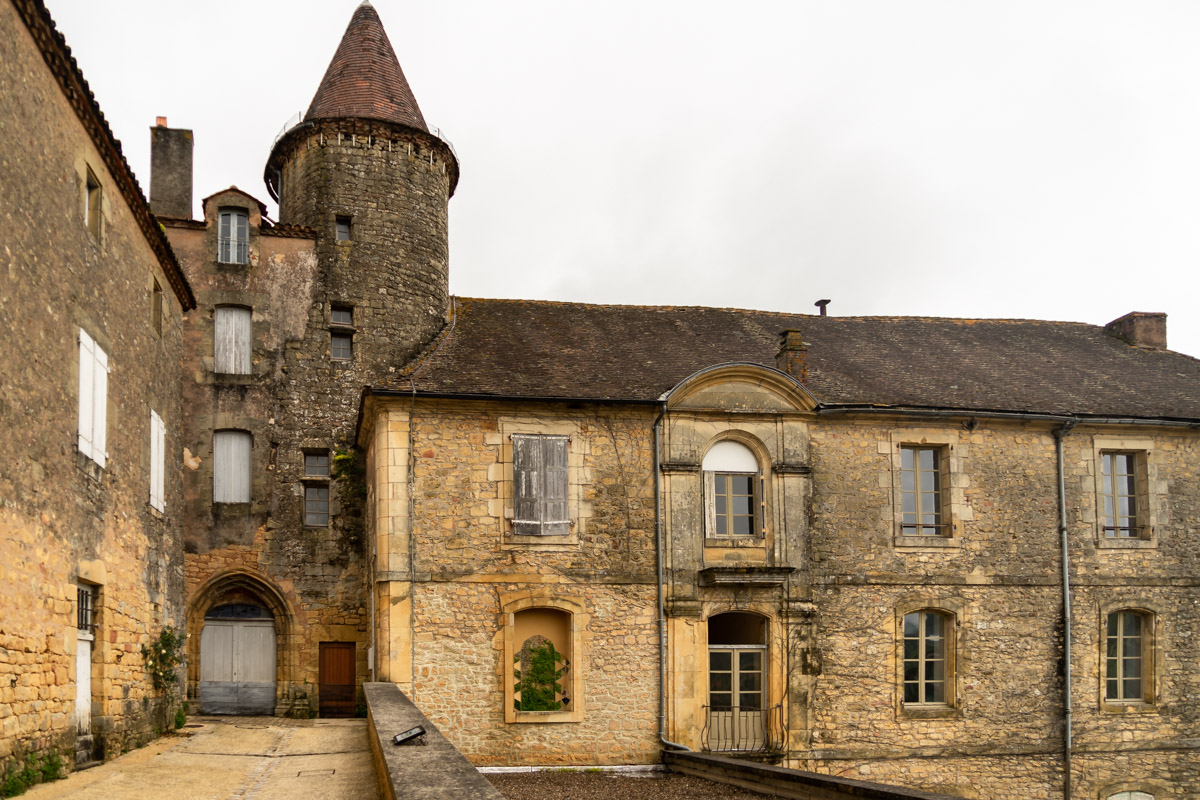 A valley view from a terrace near the hospital. 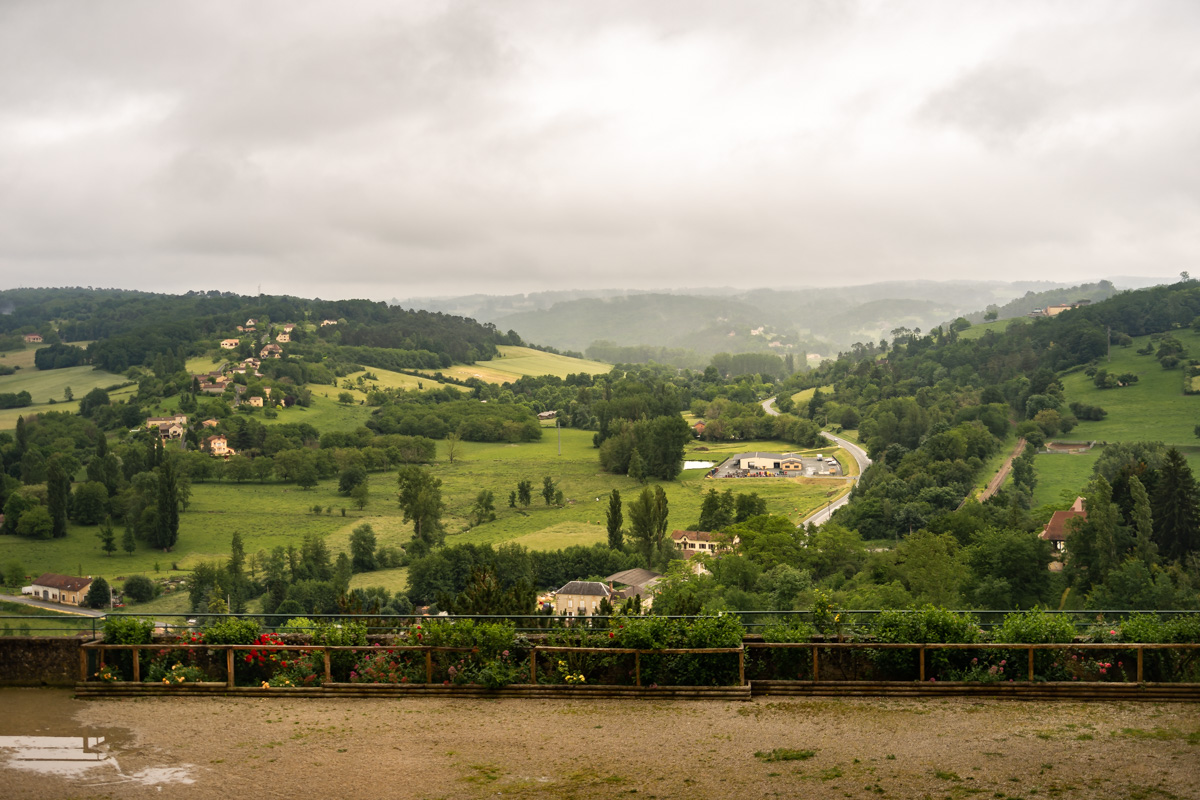 A few more peeks at Belvès. 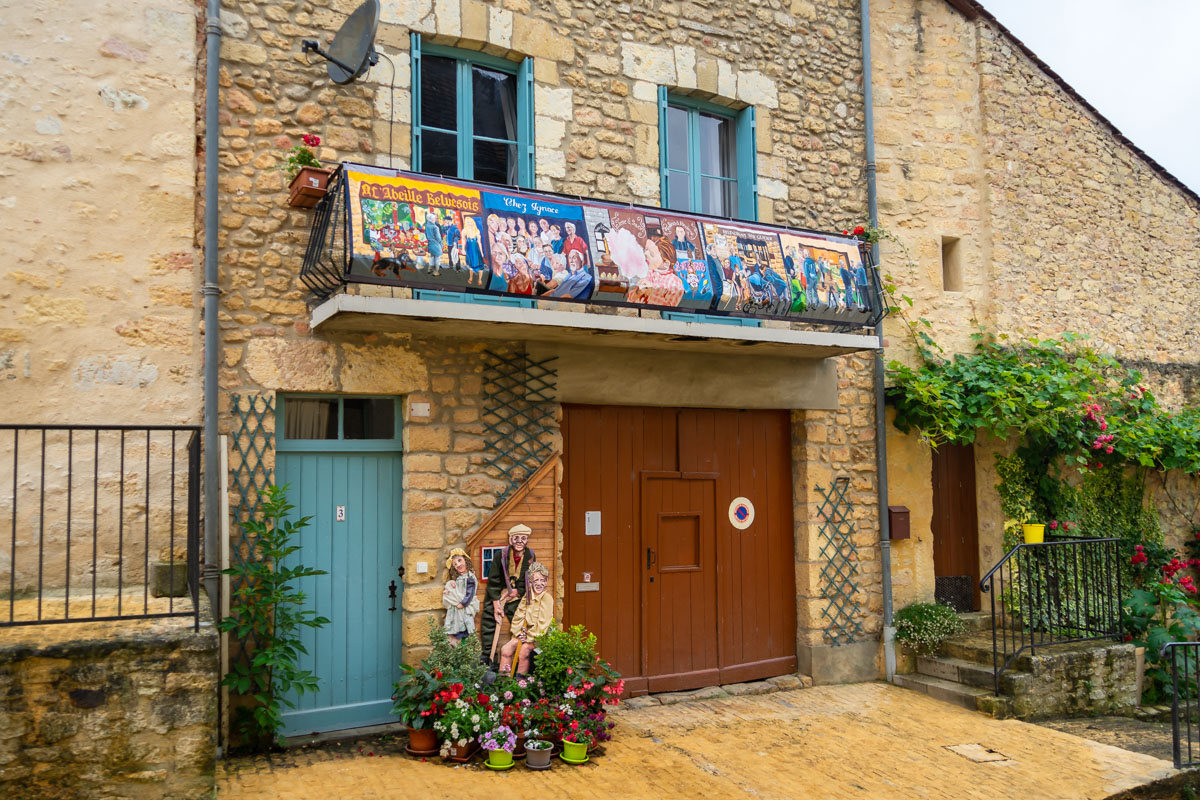 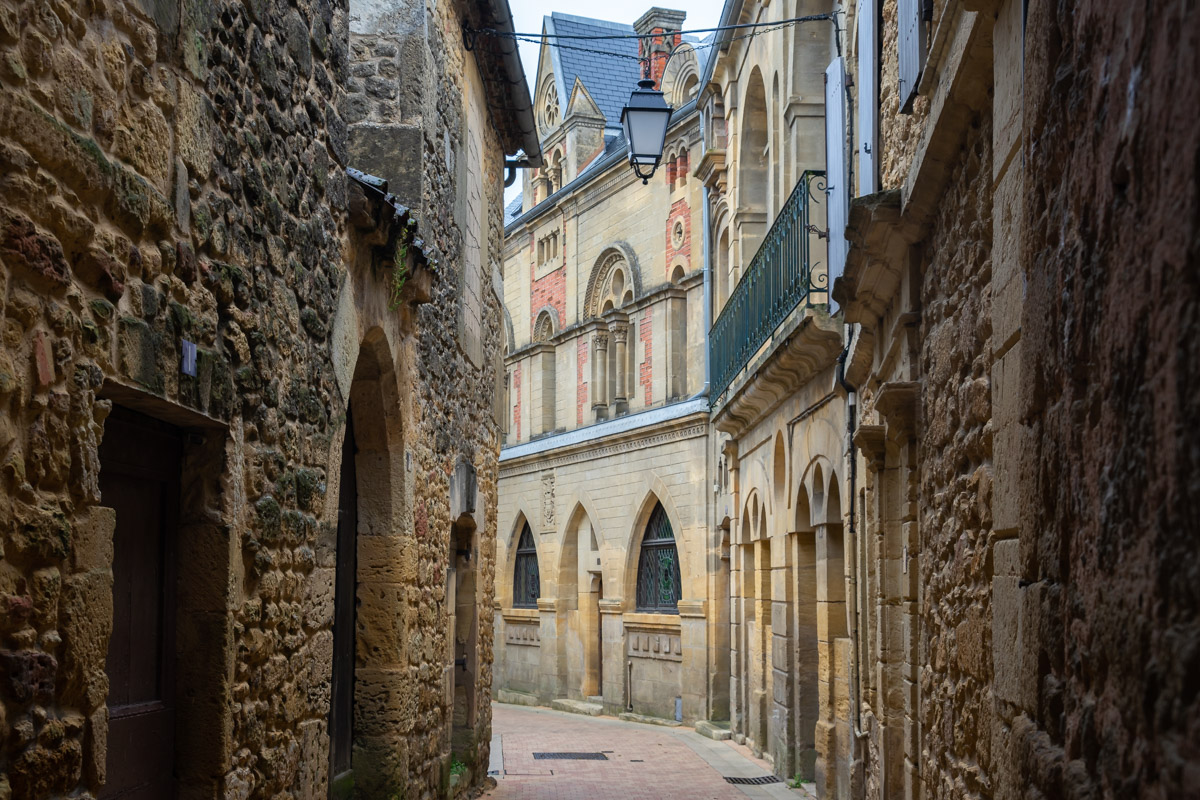 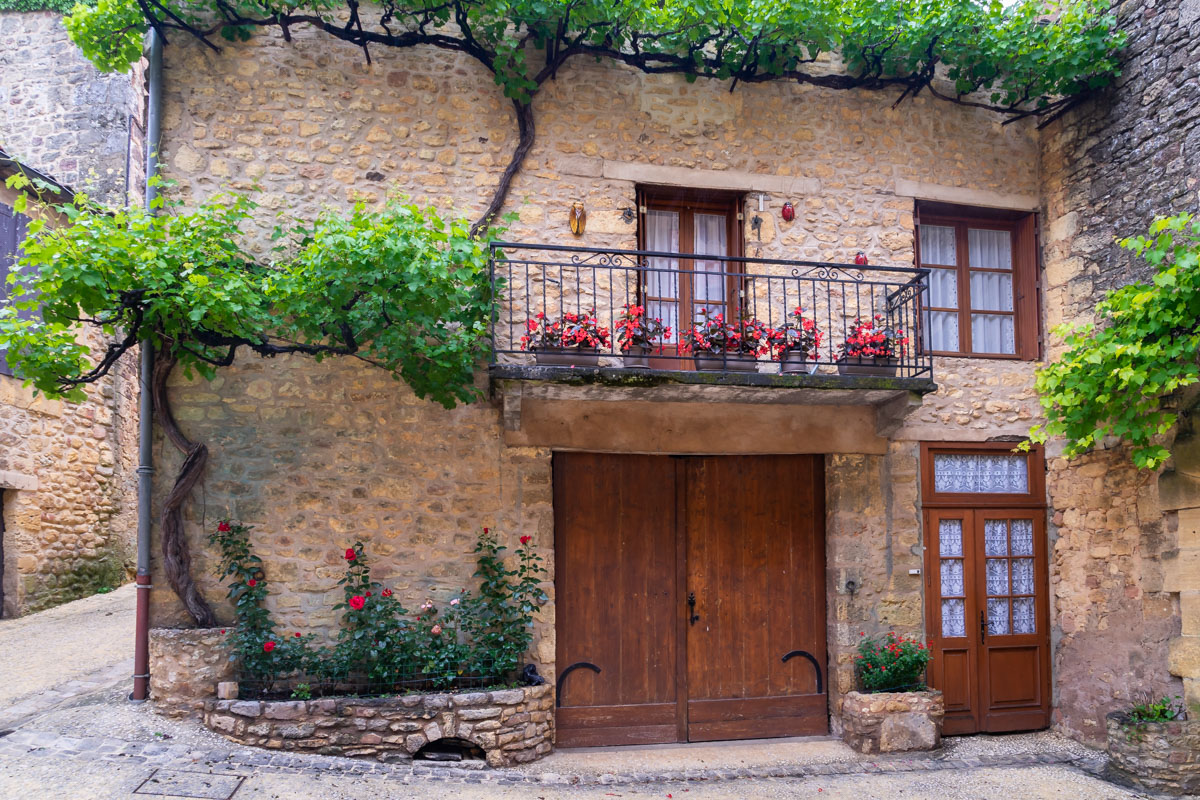 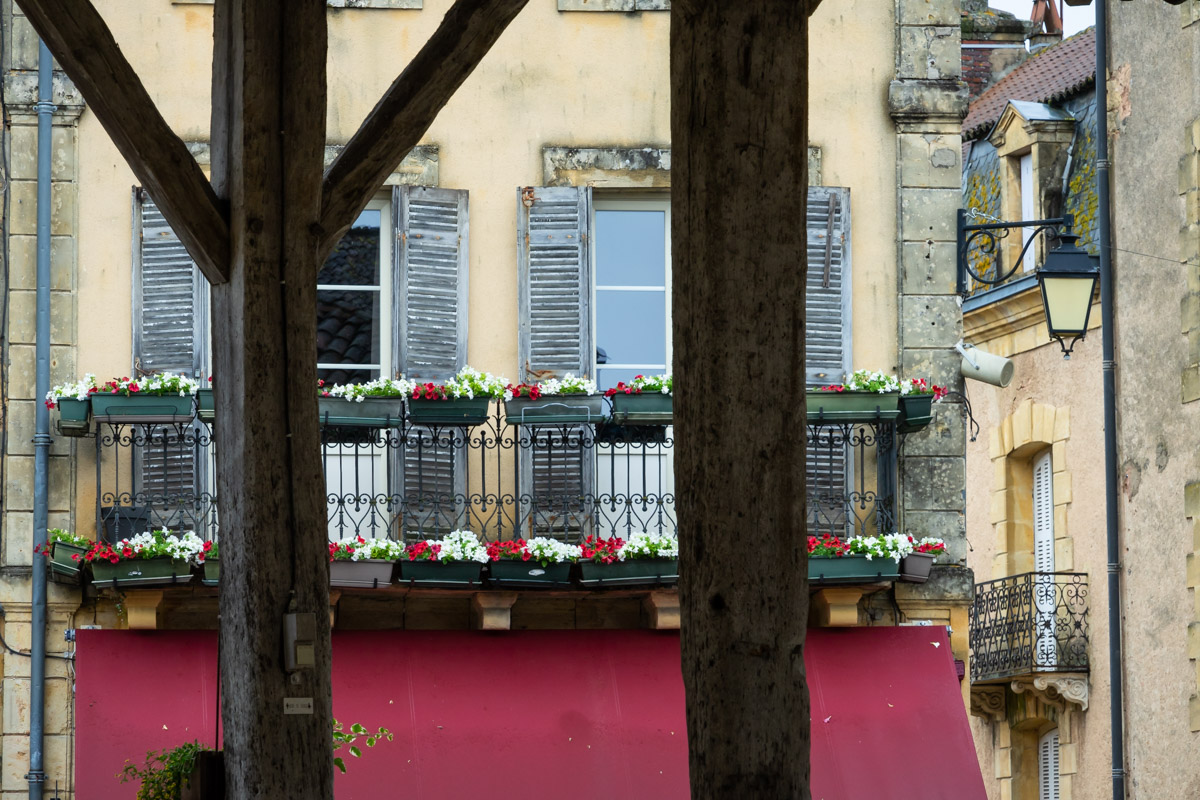 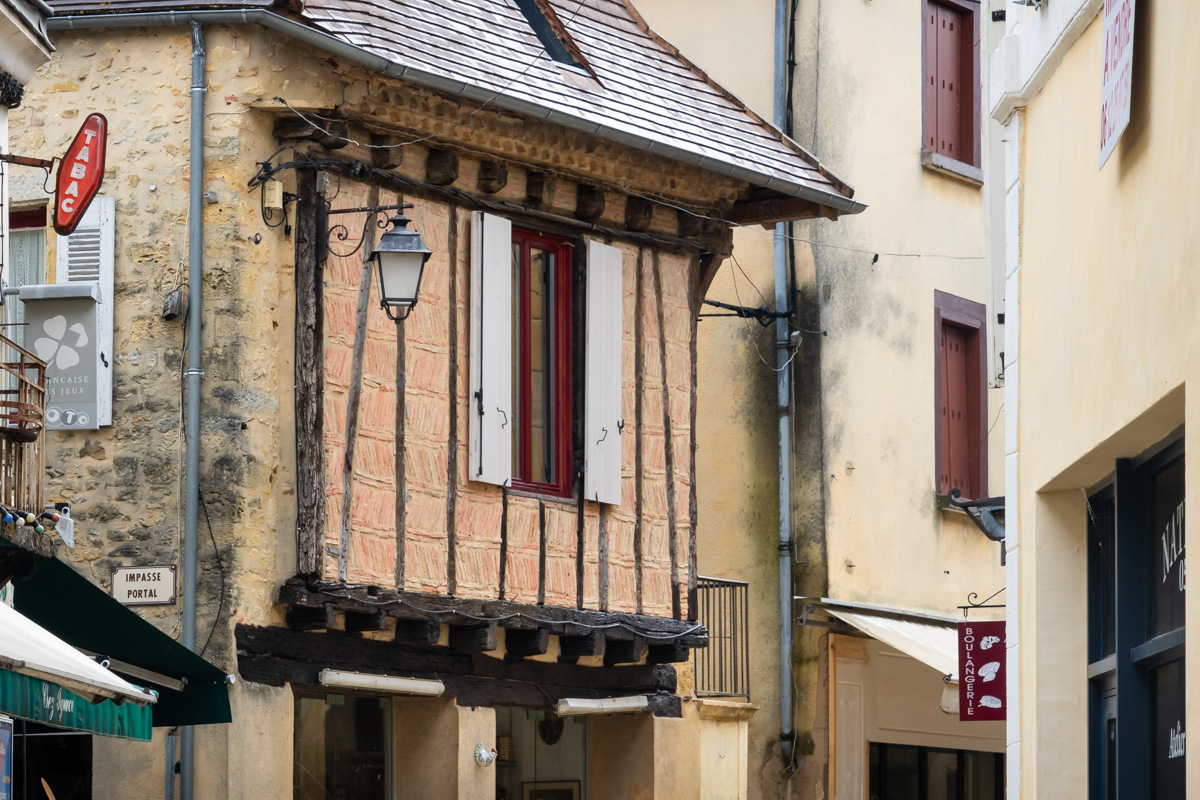 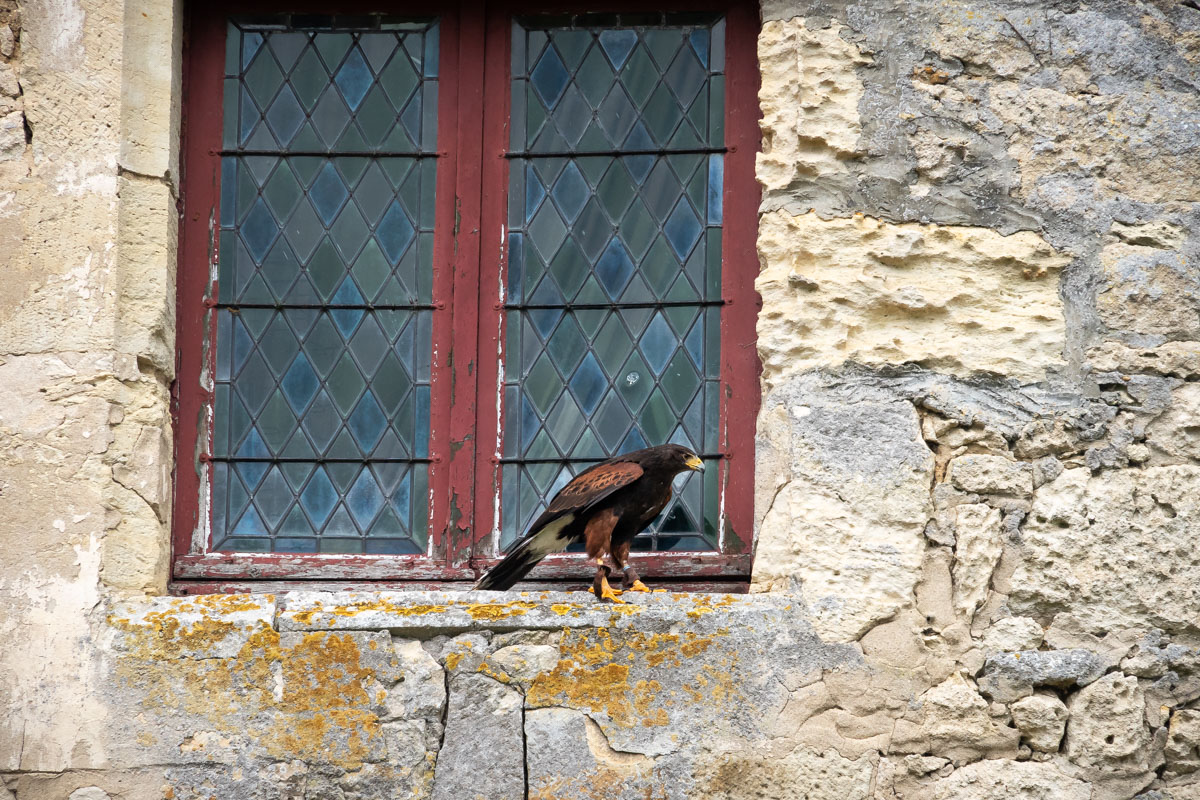 The main shopping street in the village has not yet risen from slumber in the morning hours of our visit – such streets are always more picturesque when they are busier. 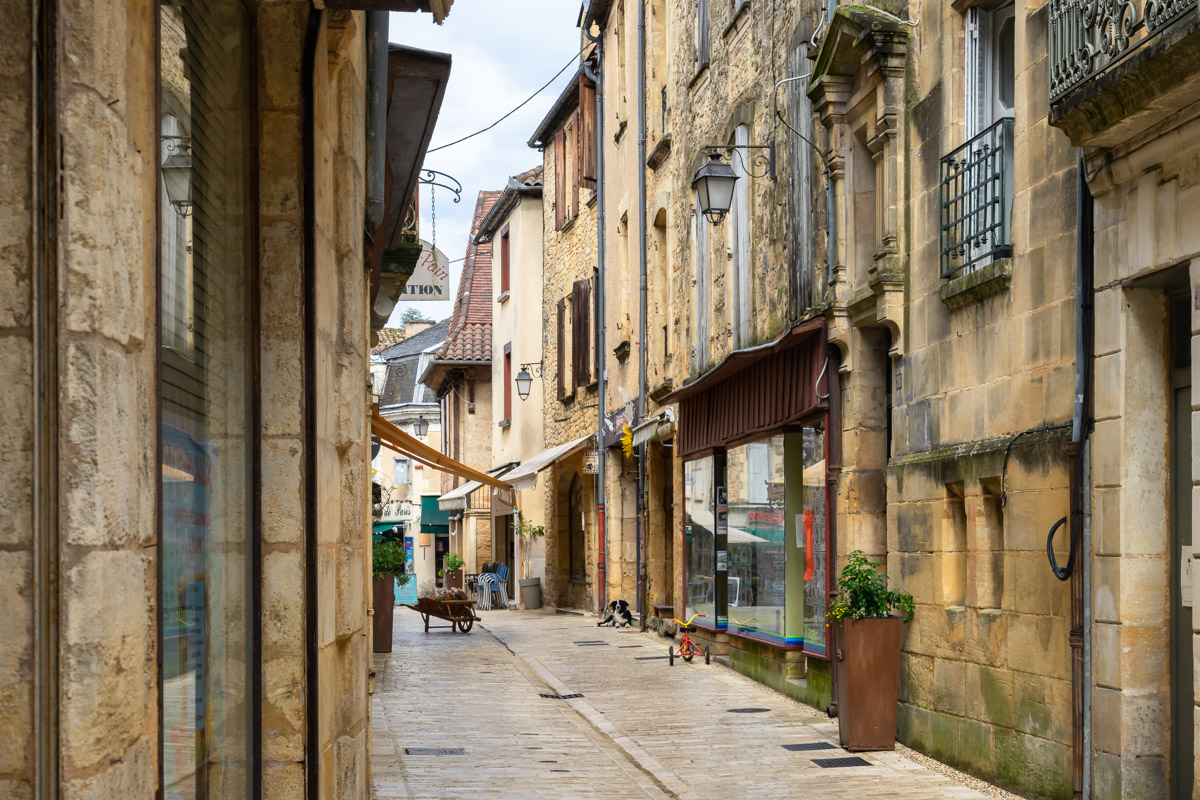 Although not as extensively as in Sarlat, many buildings and street corners in Belvès are signposted with historical information, so you can give yourself a self-guided walking tour around town center, if you so choose. There is also a minor point of interest in Troglodyte Caves that we decided against visiting.

All in all, a positive impression.