Our next entrant on the list of Les Plus Beaux Villages de France was Limeuil, which occupies strategic heights at the juncture of Dordogne and Vézère rivers. The best view of the village is from the bridge over Dordogne. 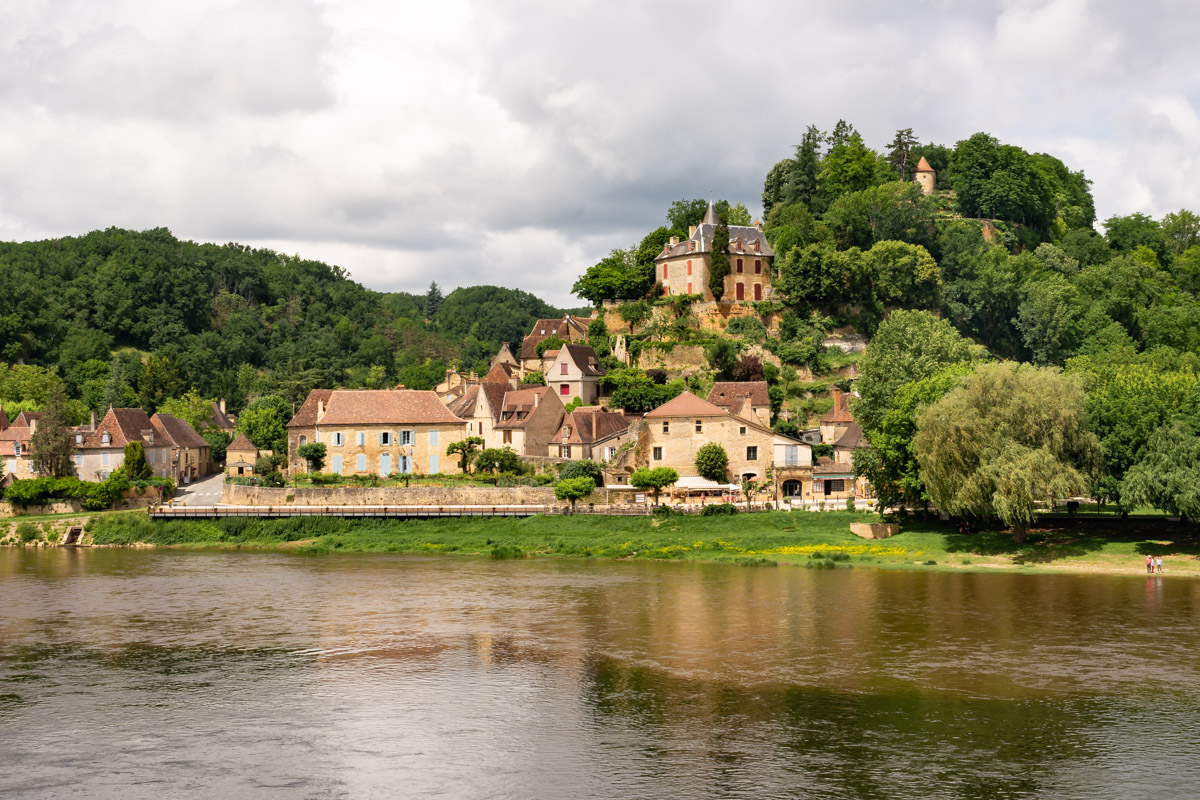 Limestone deposits and silt give Vézère waters their yellow color, while Dordogne is mostly blue. In the picture above you can actually see the two differently-colored streams running side by side at the confluence of rivers.

A closer look from the same viewpoint. 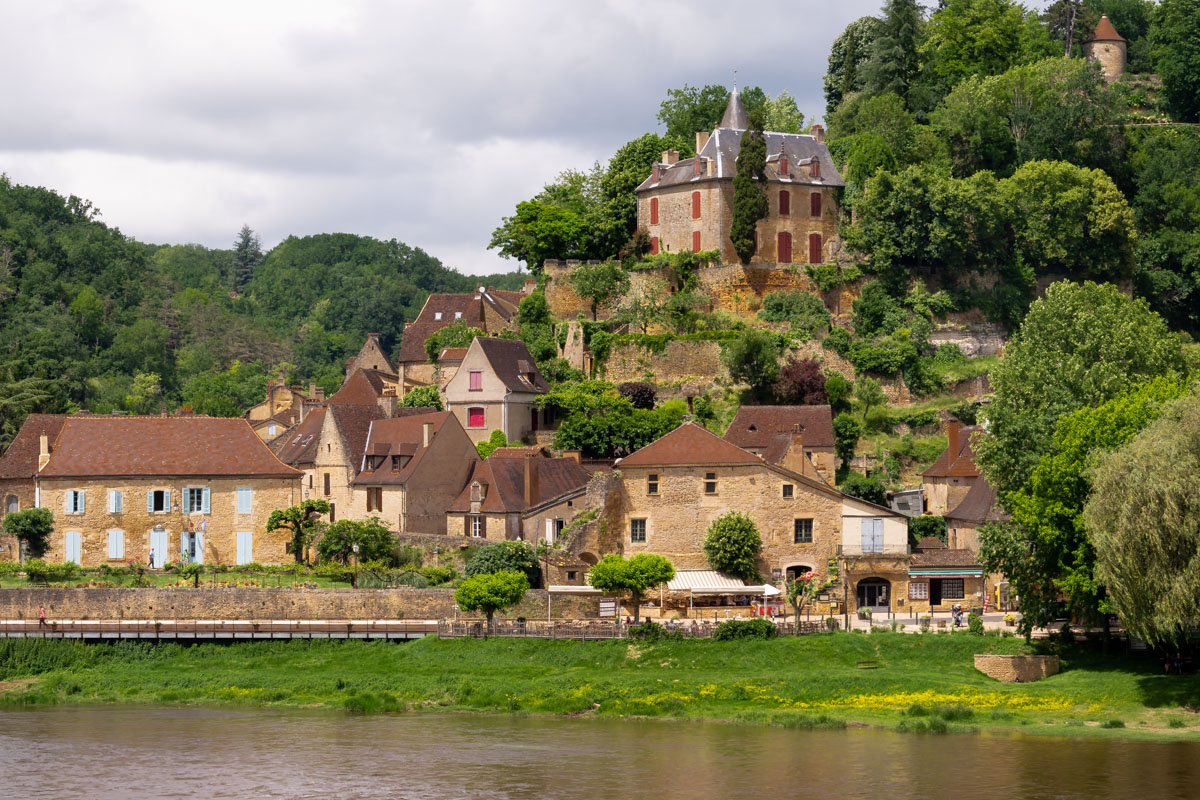 The building on the left of the above frame is the local mairie, which is fronted by a pleasant garden overlooking the rivers. The following shot is the exactly opposite perspective, with the Dordogne bridge in the background.

Of all villages that we have visited, Limeuil is the smallest in population, by about two dozen residents over the next contender. It runs up the hill from the river banks not unlike Beynac, although reaching slightly lower heights and probably not as picturesque on balance. 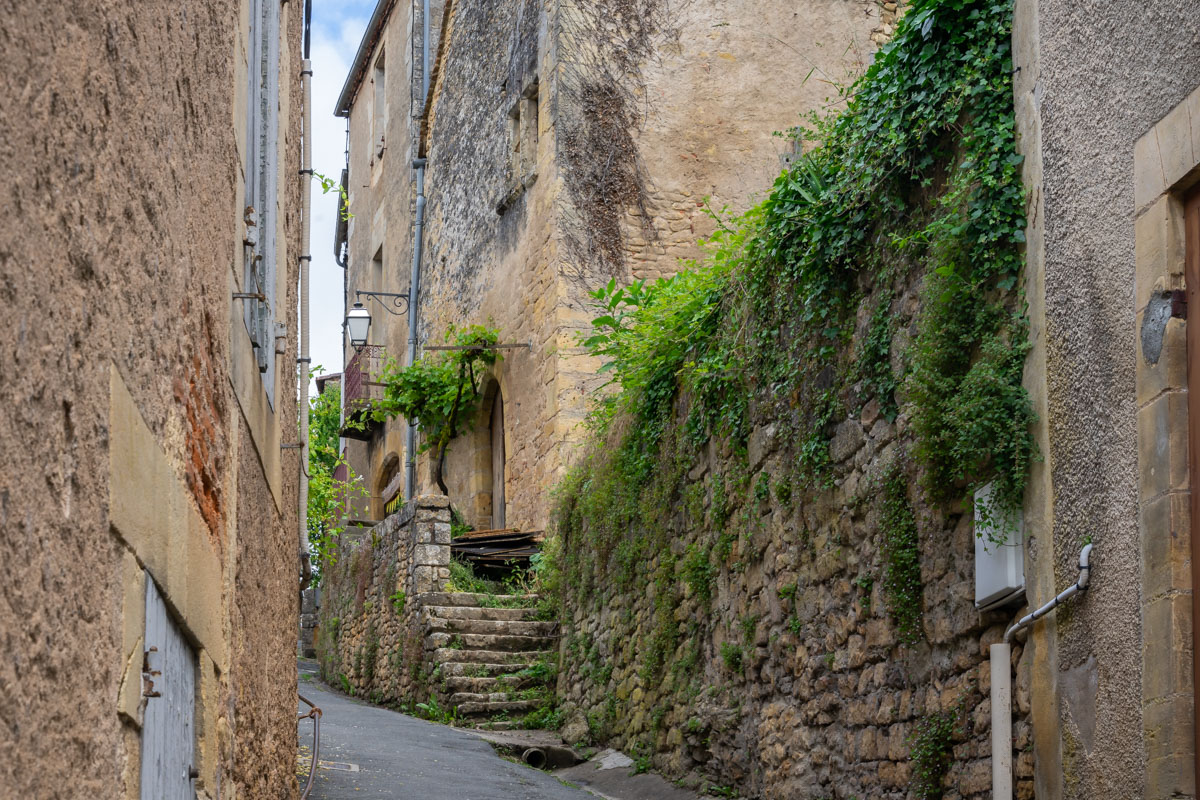 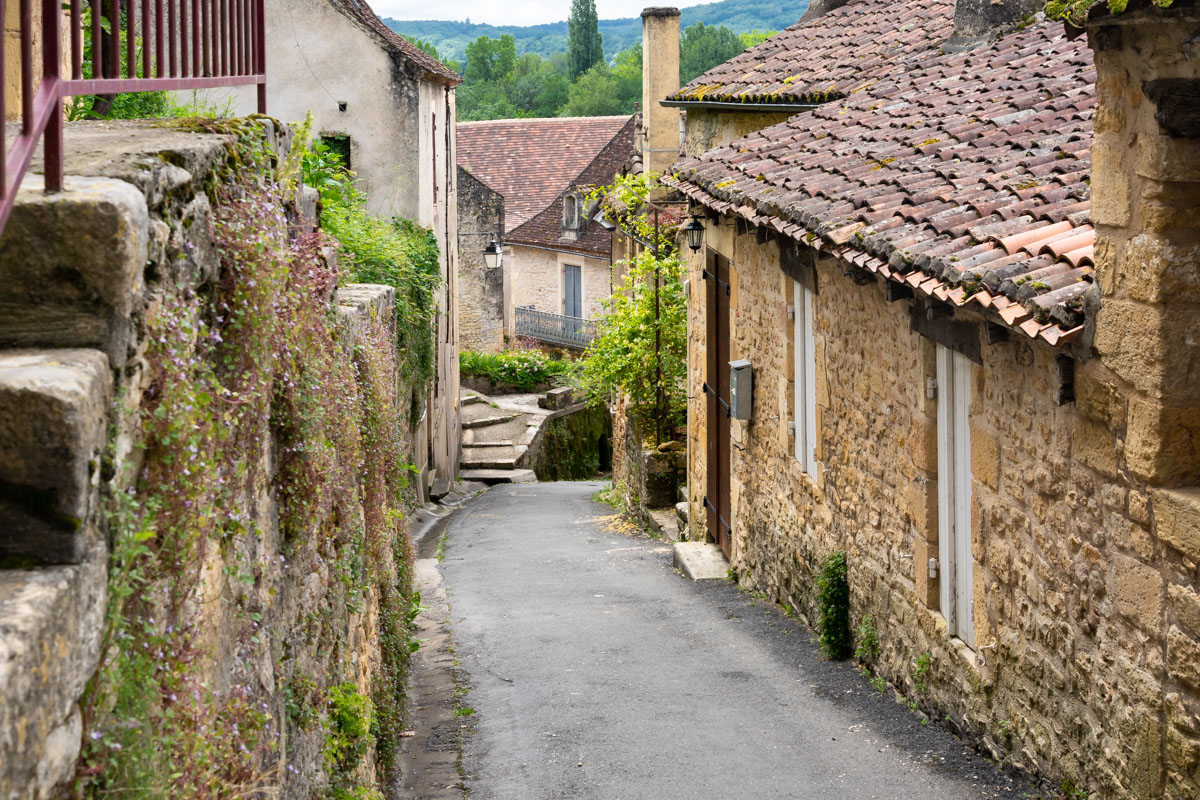 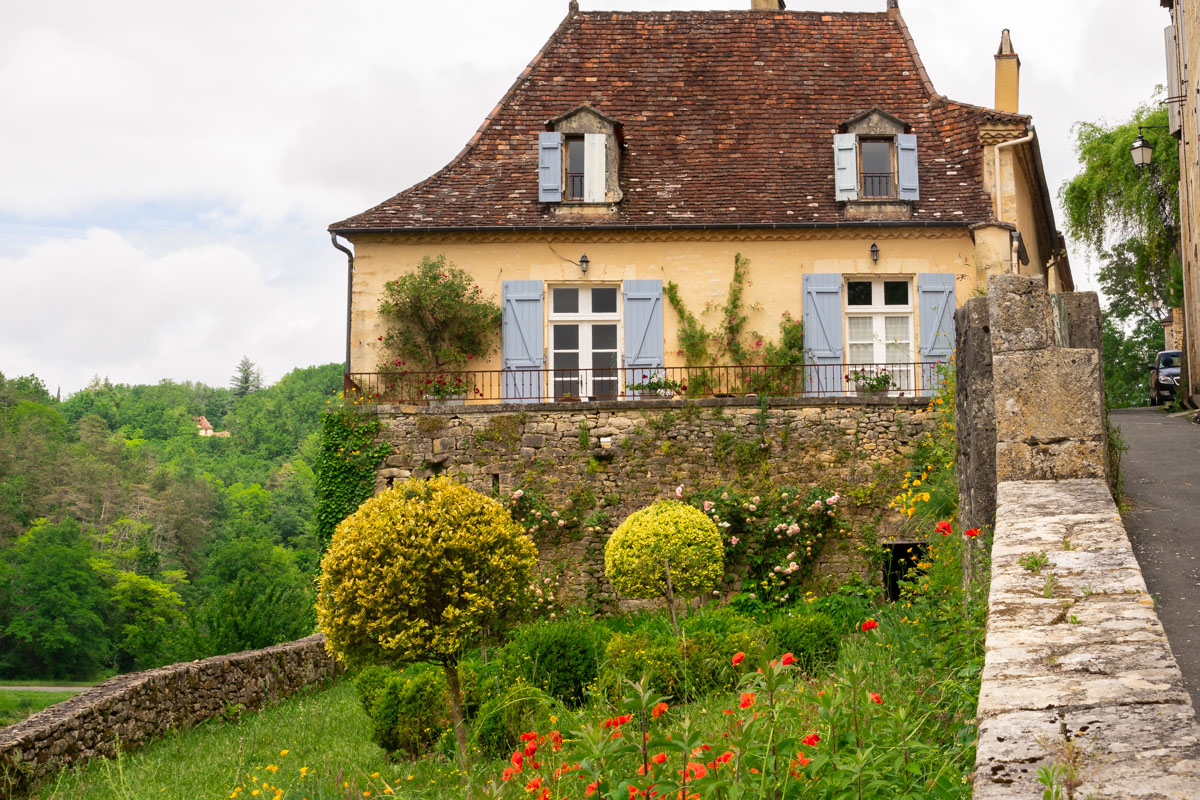 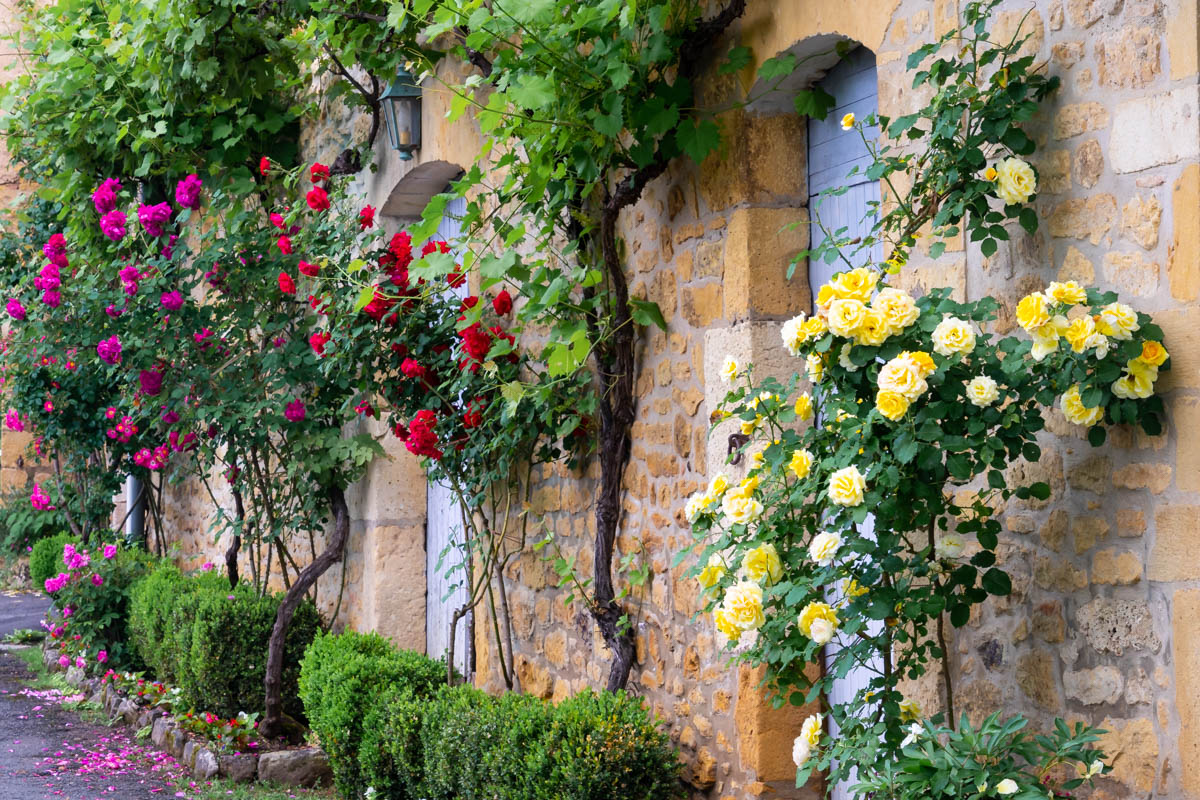 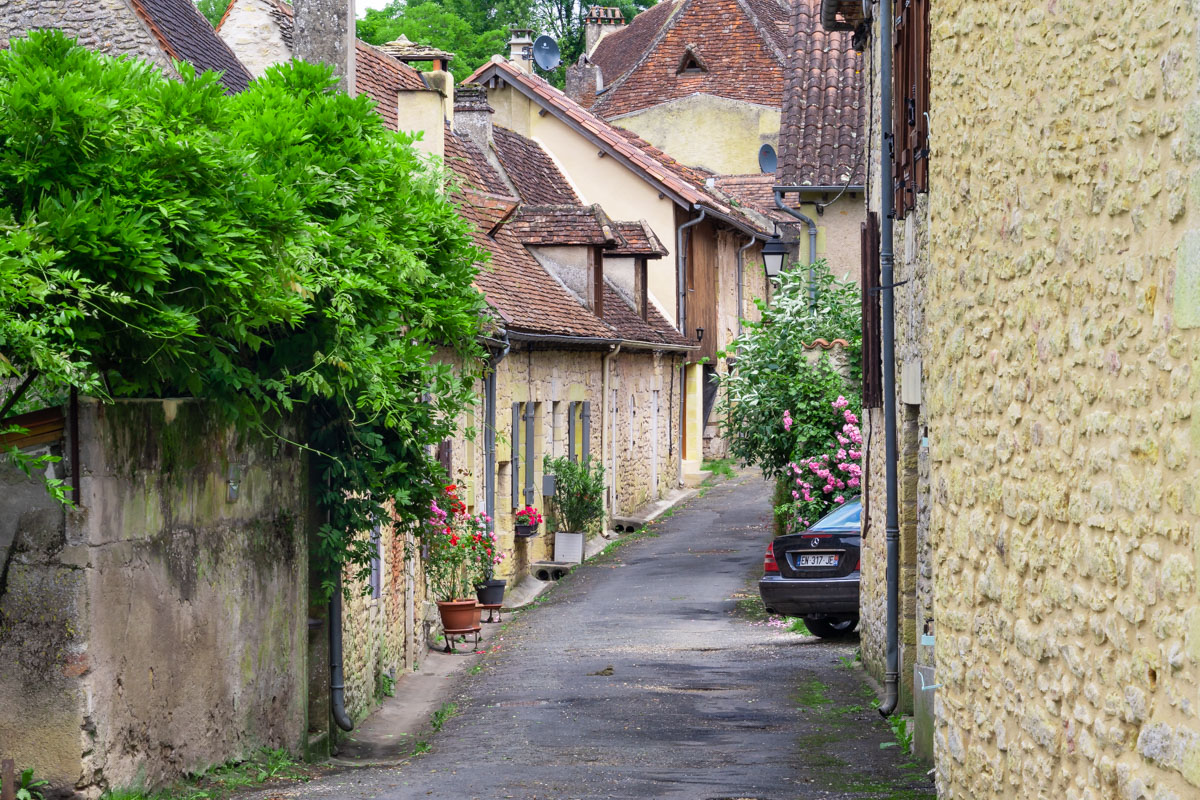 At the top of the hill sit Limeuil Panoramic Gardens, which attract the visitors primarily by the offer of expansive valley views but actually offer quite a lot in the way of botanic displays and education. Here are a few of its prominent features. 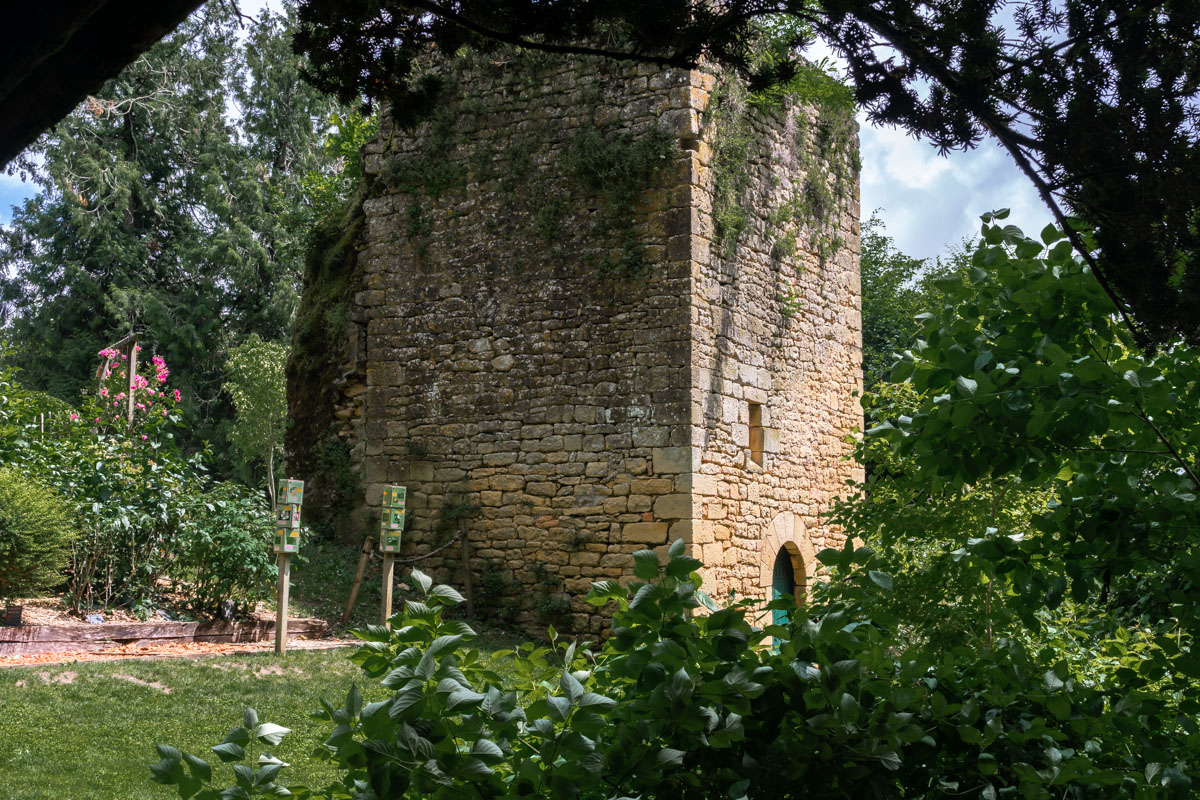 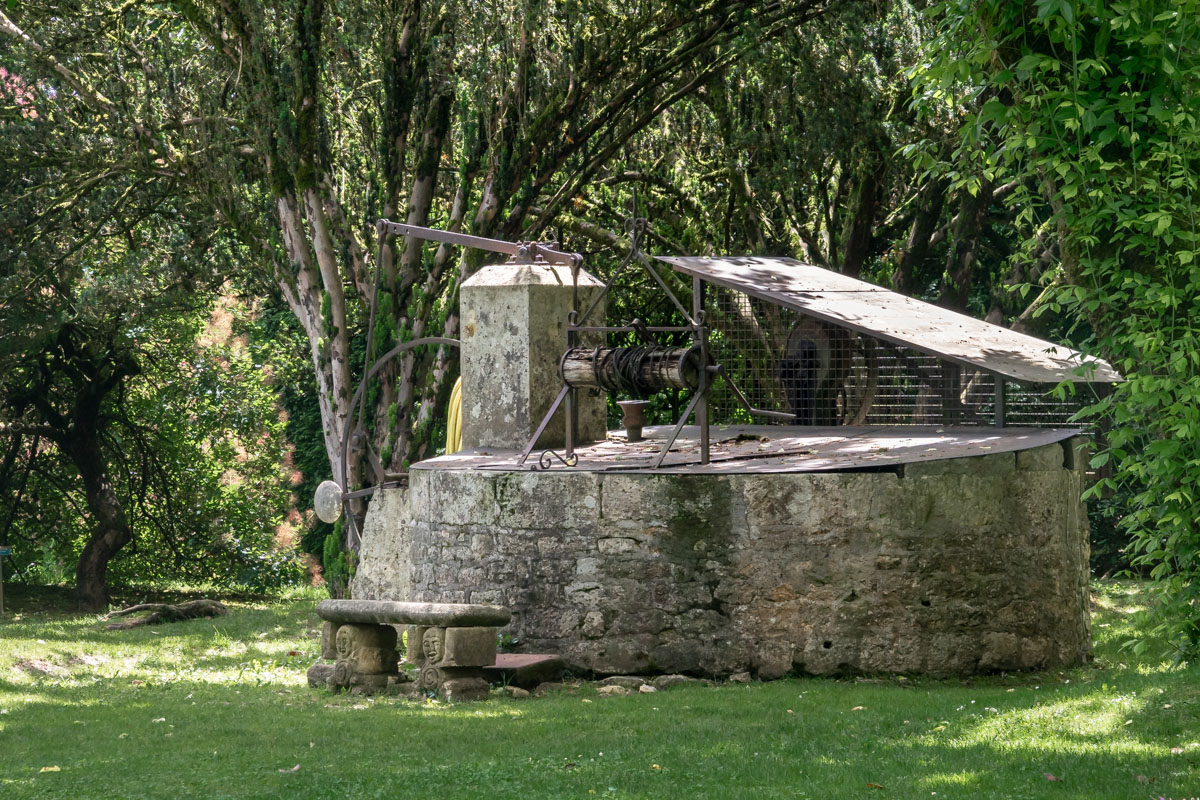 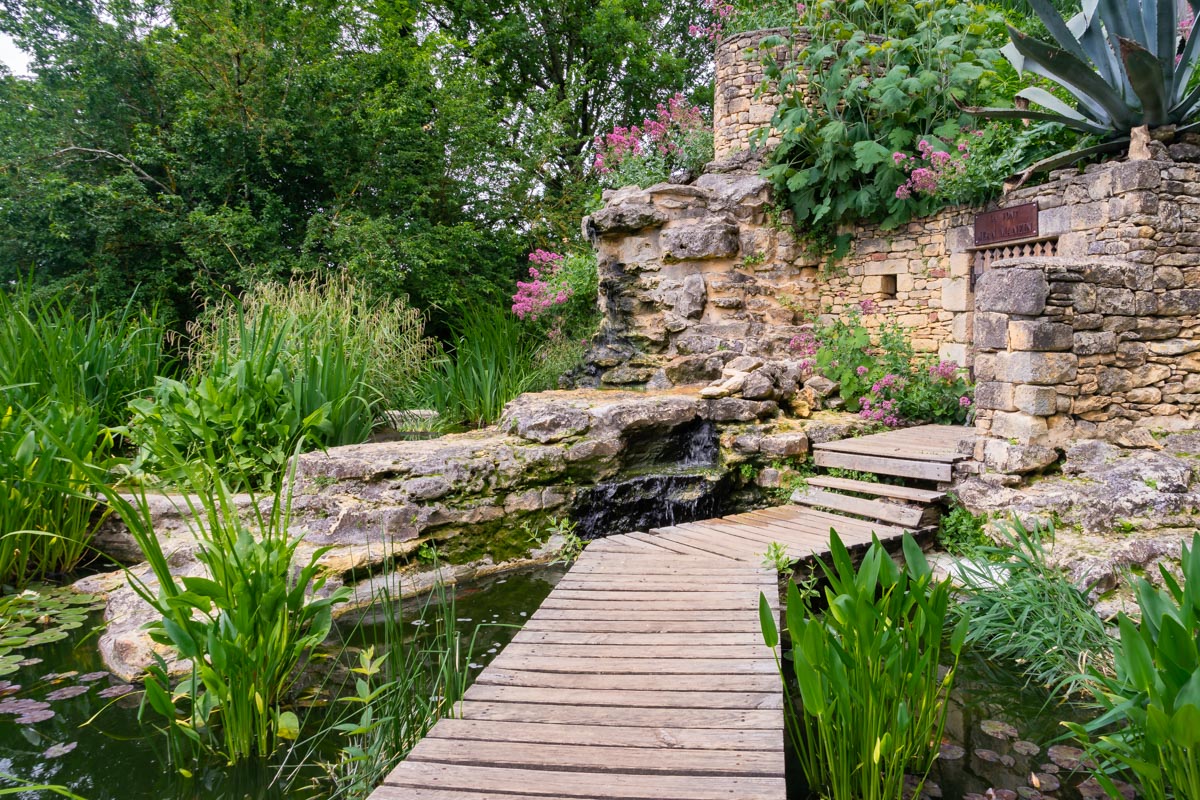 A group of local students were on a field trip here during our visit. I am not sure what they were studying exactly, but they temporarily left around this colorful palette of baskets. 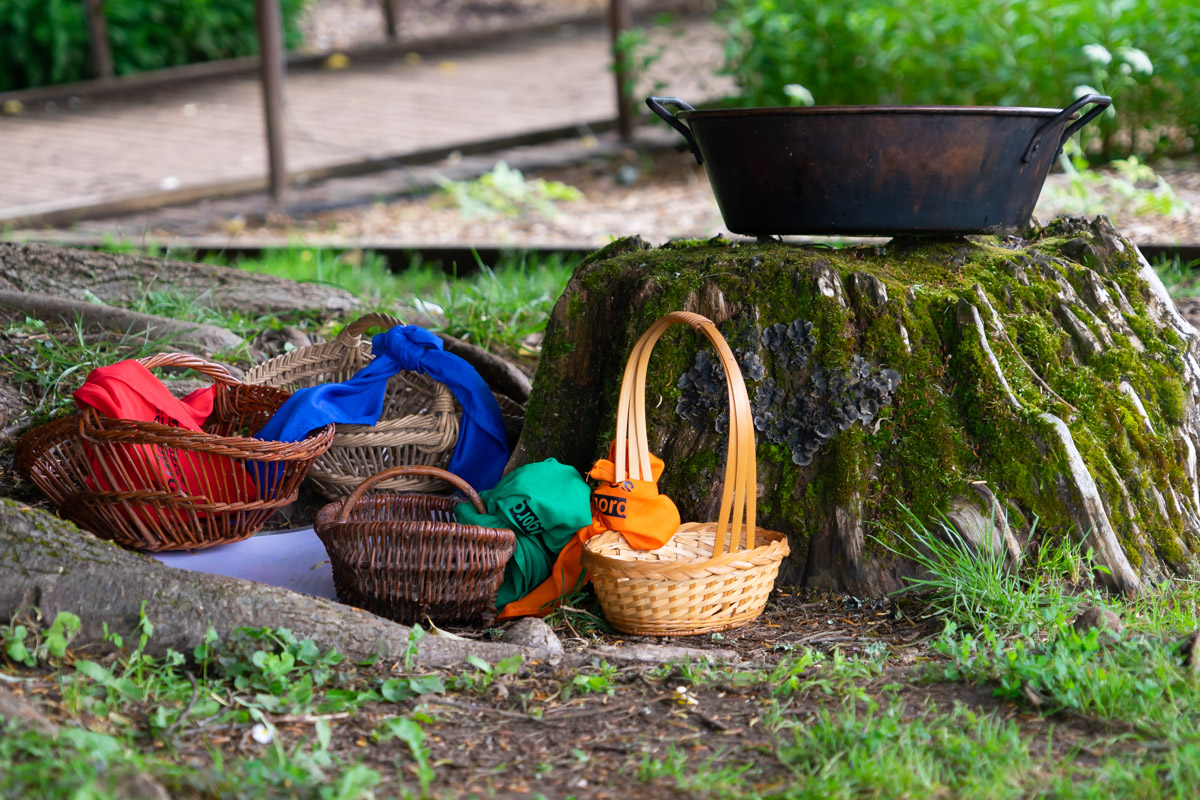 One section is called “the Witch Garden”, displaying ingredients for various potions. It is centered on a path that runs into a mirror, startling the unsuspecting visitor. 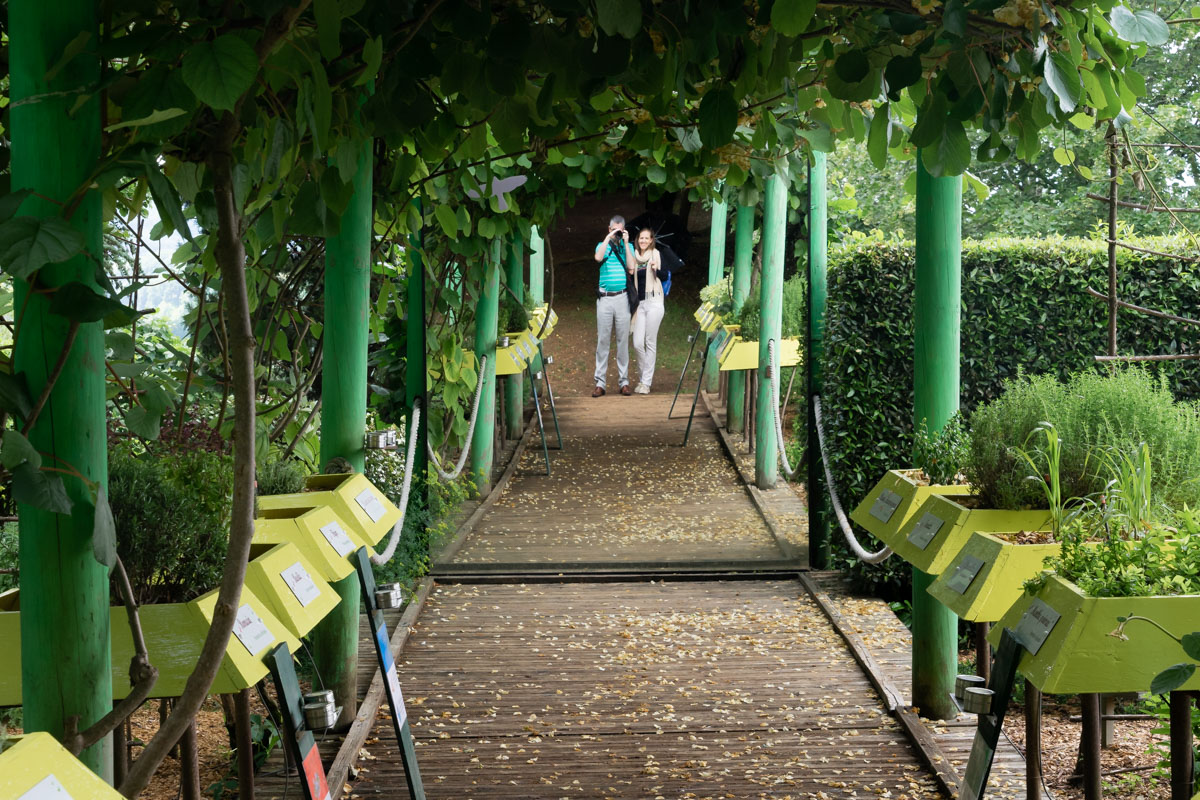 The “Panoramic” in the gardens’ name refers to the fact that there are terrace viewpoints in all directions. Here are a couple of views over the upper reaches of the village. 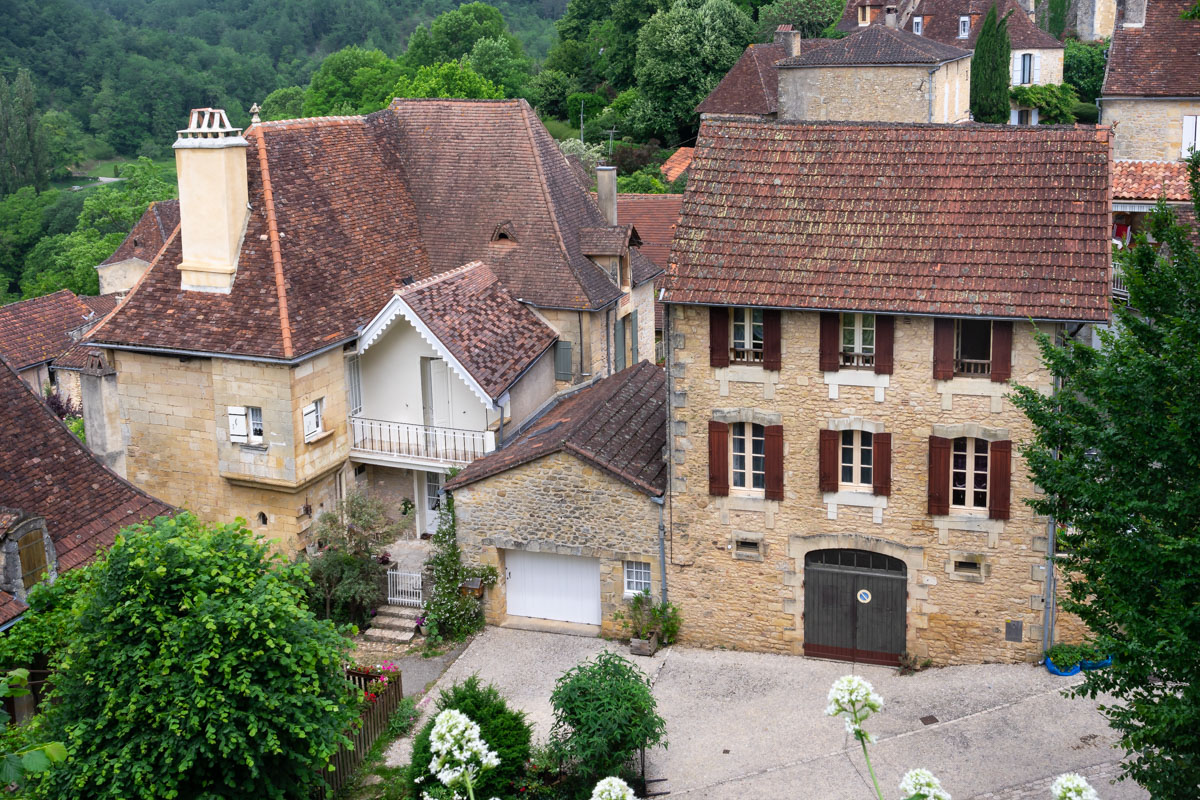 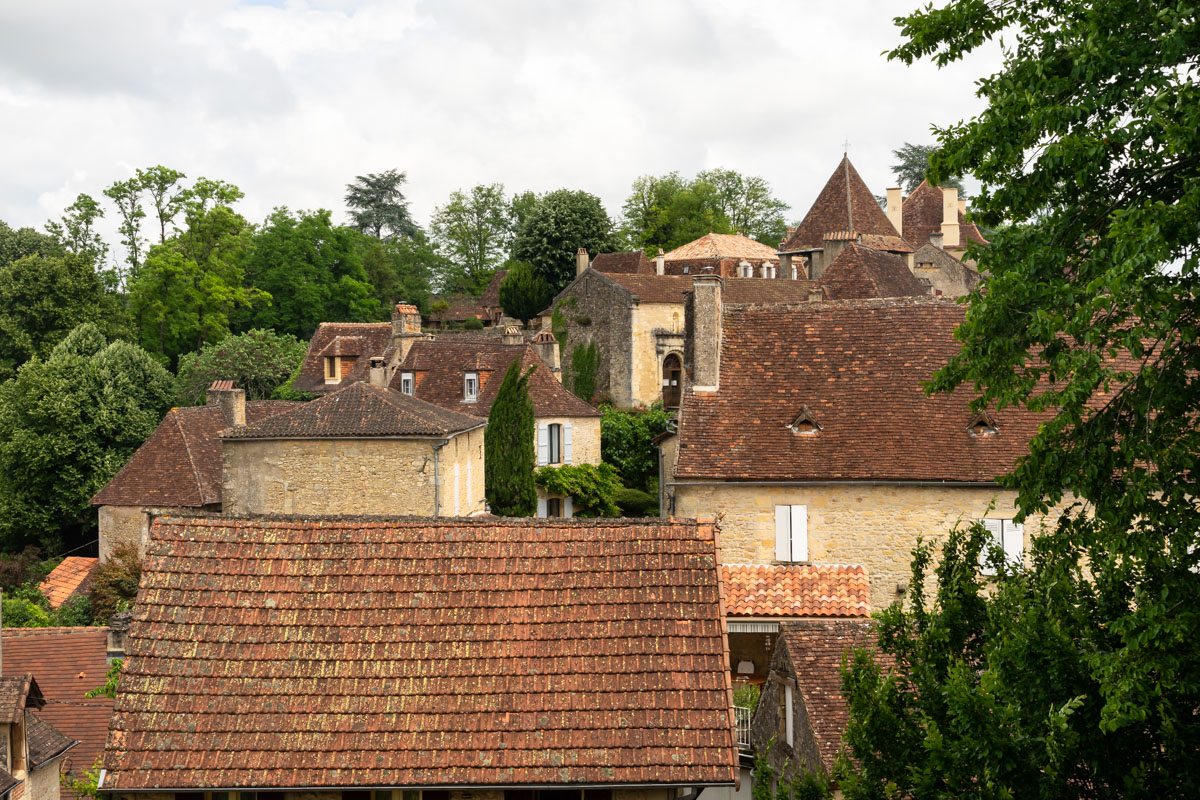 And a couple of surrounding valley views. 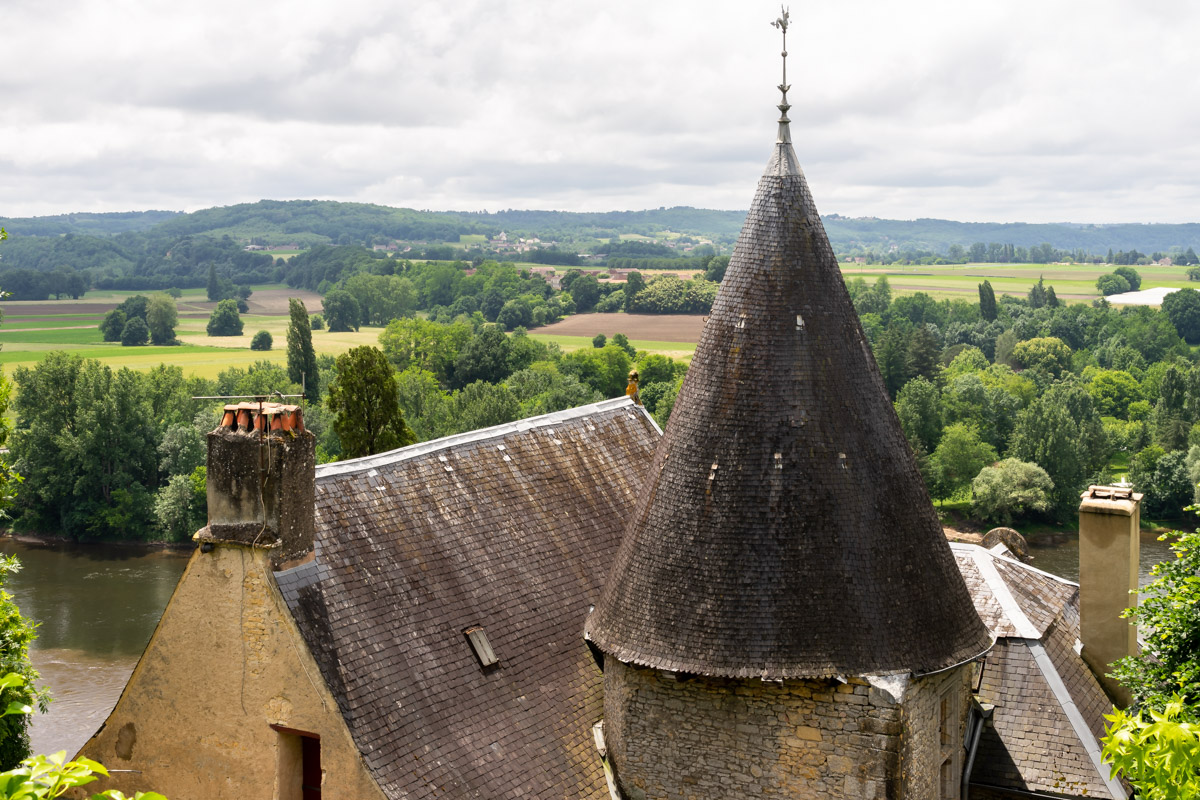 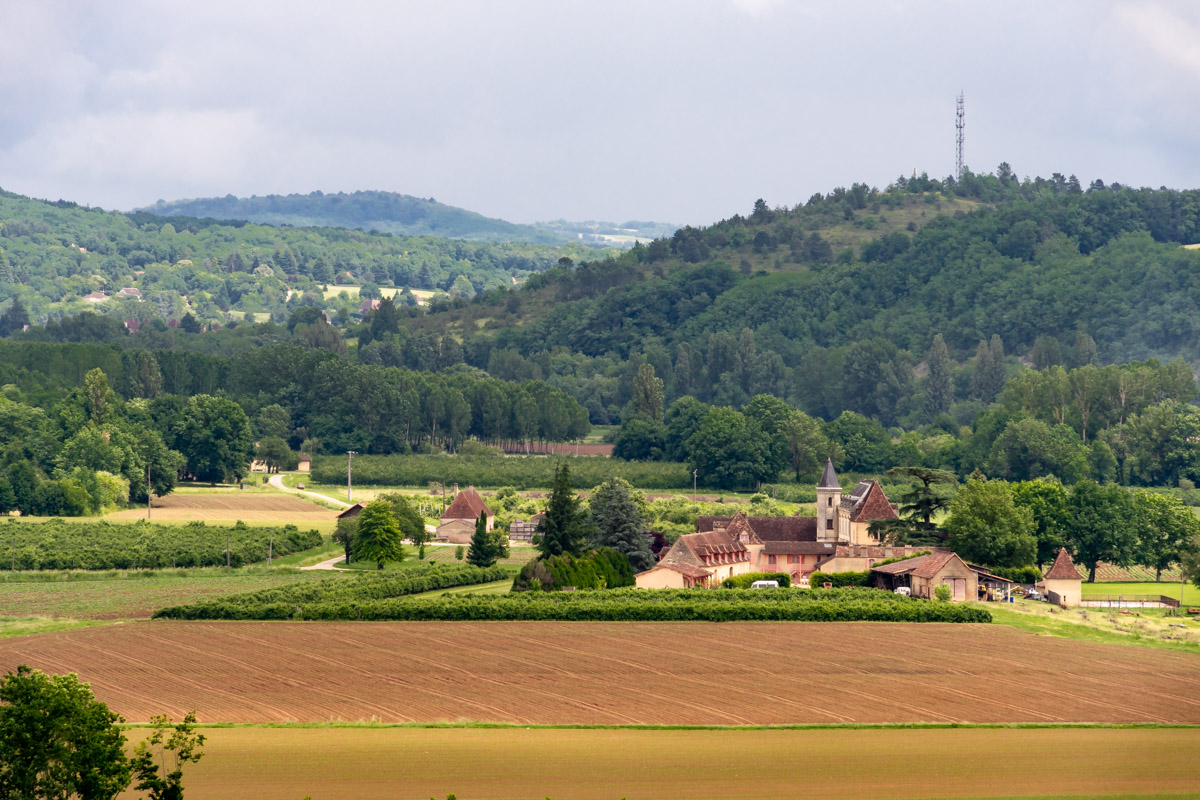 A shot of the river juncture and the two bridges. Dordogne is in front of us and continuing to the right. Vézère is flowing from the left. You can see the demarcation of the yellow and blue waters from here as well. 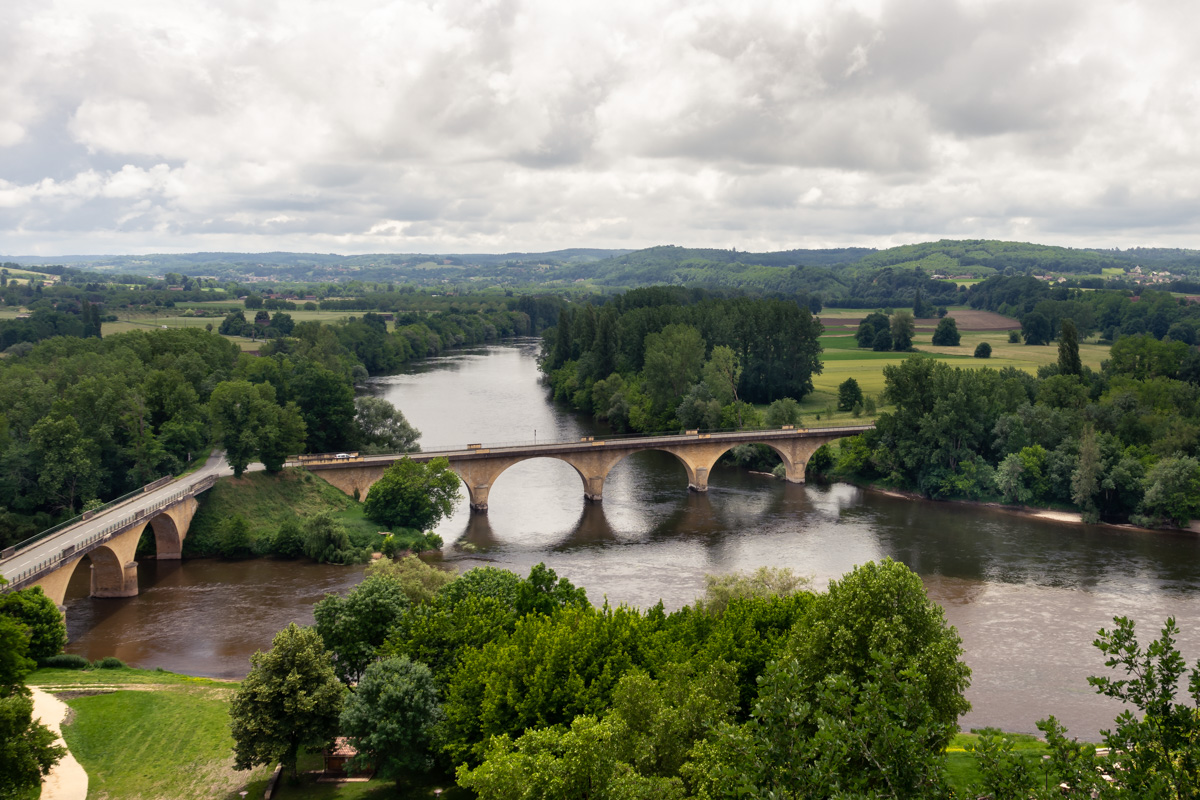 Underneath those trees in the foreground are picnic tables where we had a nice lunch, aided by an unusual experience of buying a fresh baguette from an automated kiosk when the adjoining bakery turned out to be closed. That raised Limeuil’s profile in our memory, even though it was definitely worth a visit on its own merits.