Monpazier was probably our favorite village of all that we visited in Dordogne. There is something about a neat bastide (a fortified village) that we find especially attractive. They are always colorful and pleasing to the eye, even under the rainy skies.

The grid plan of the bastide means that there are several streets running north-south for a few hundred meters, and a few cross streets running east-west for an even shorter distance. Here is a look from the northern edge gate along Rue Saint-Jacques. 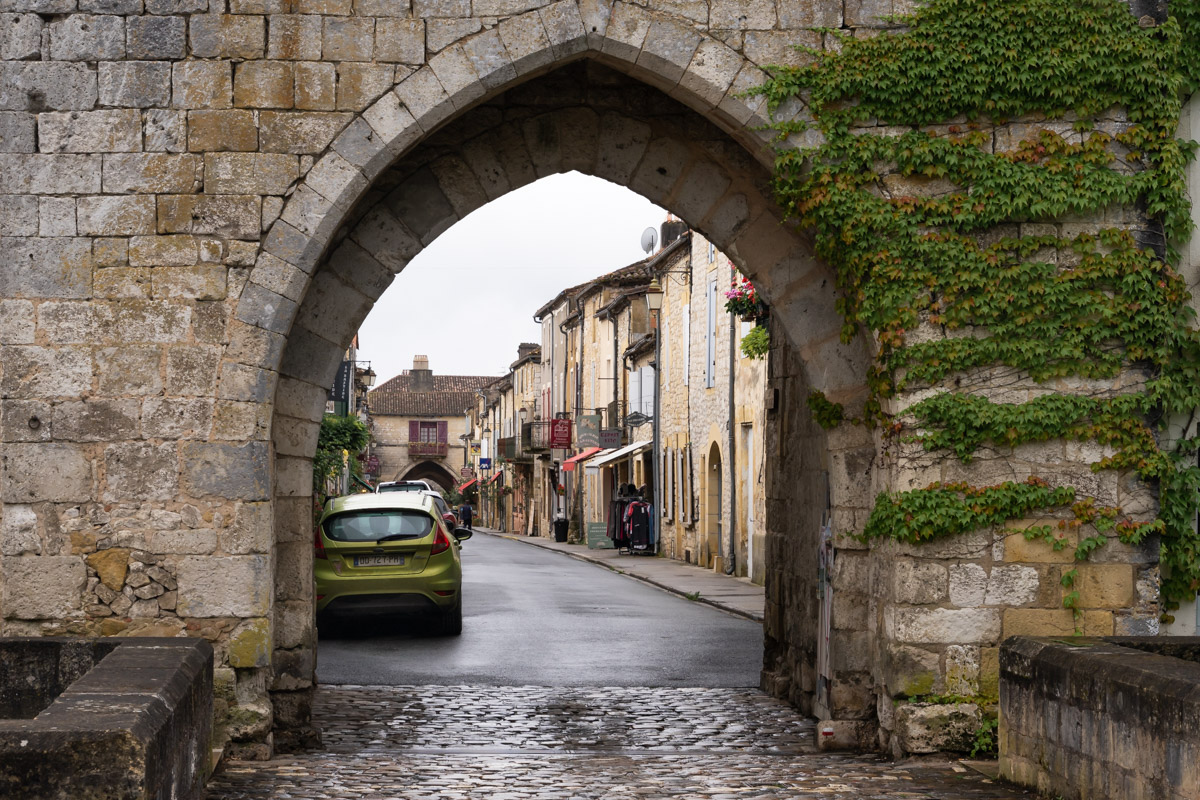 Walking towards the central square. 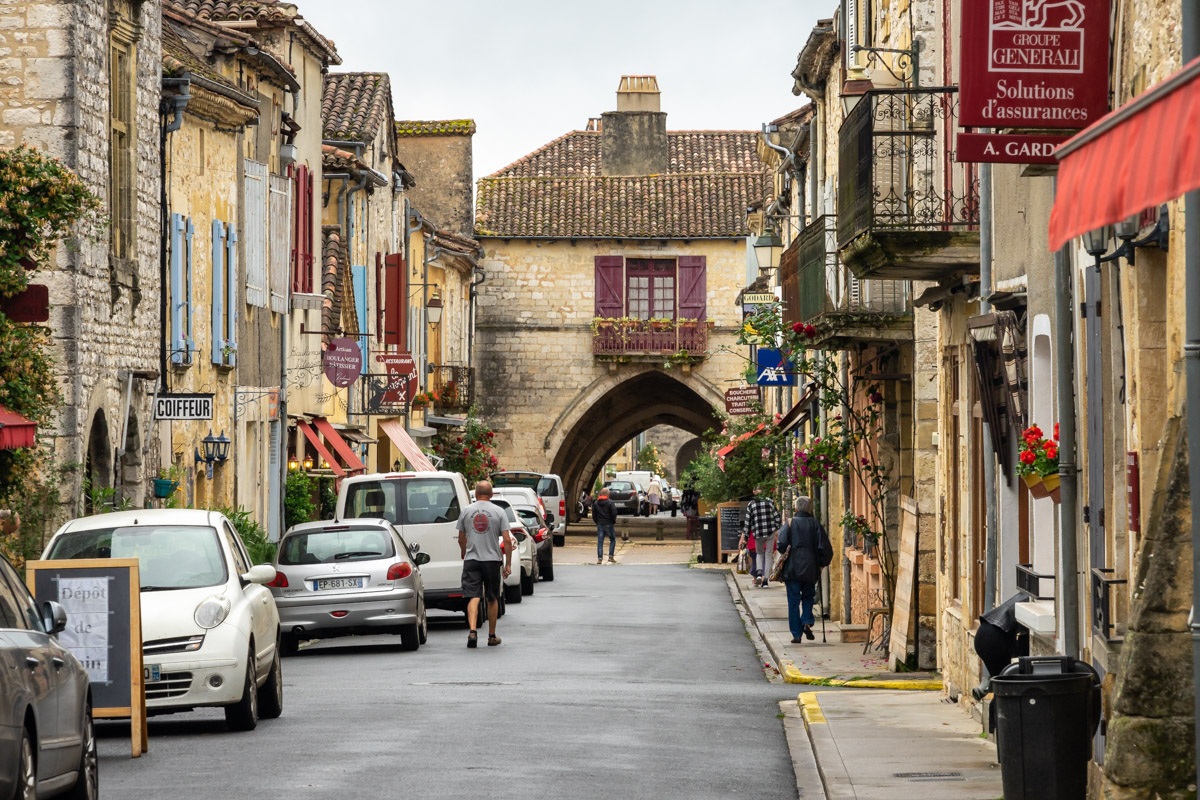 Near the southern edge, the village is not as flamboyant but still quite attractive. We are still on the same main street, looking southward. 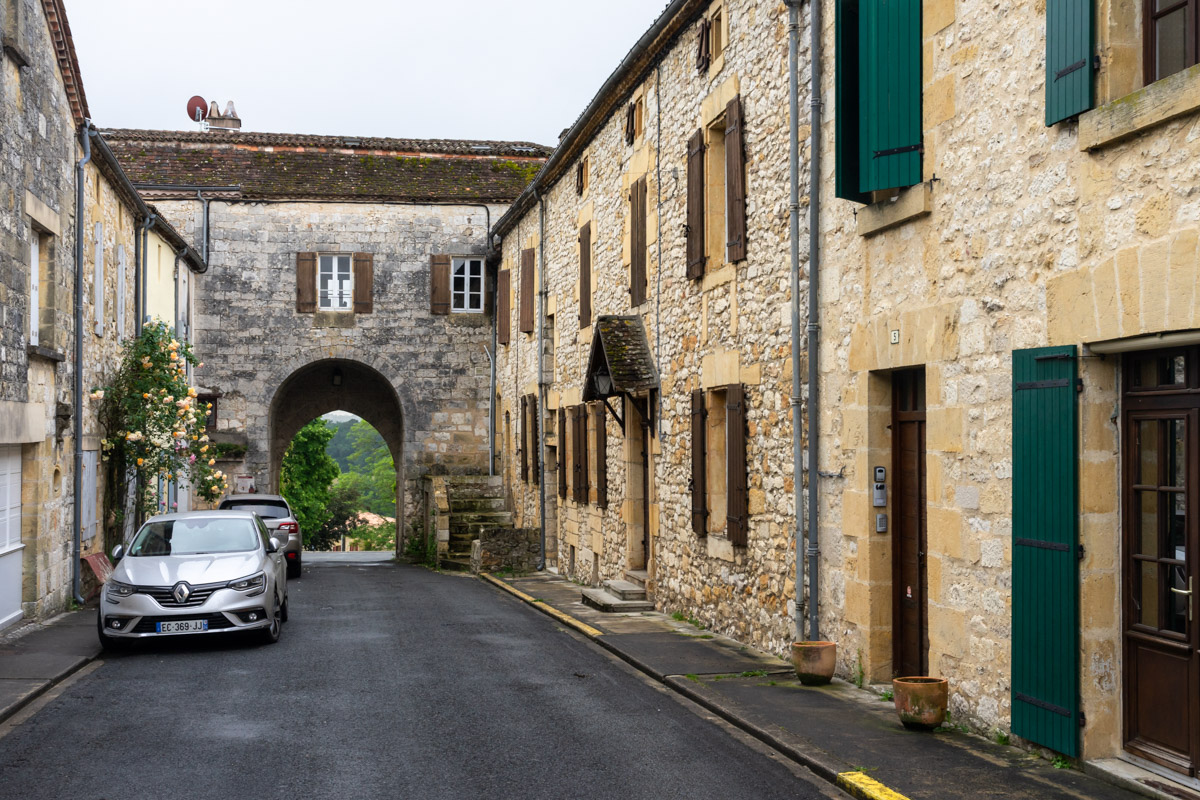 The main village square, Place des Cornières, is a feast for eyes, replete with attractive buildings and featuring a covered marketplace. Here are a few angles. 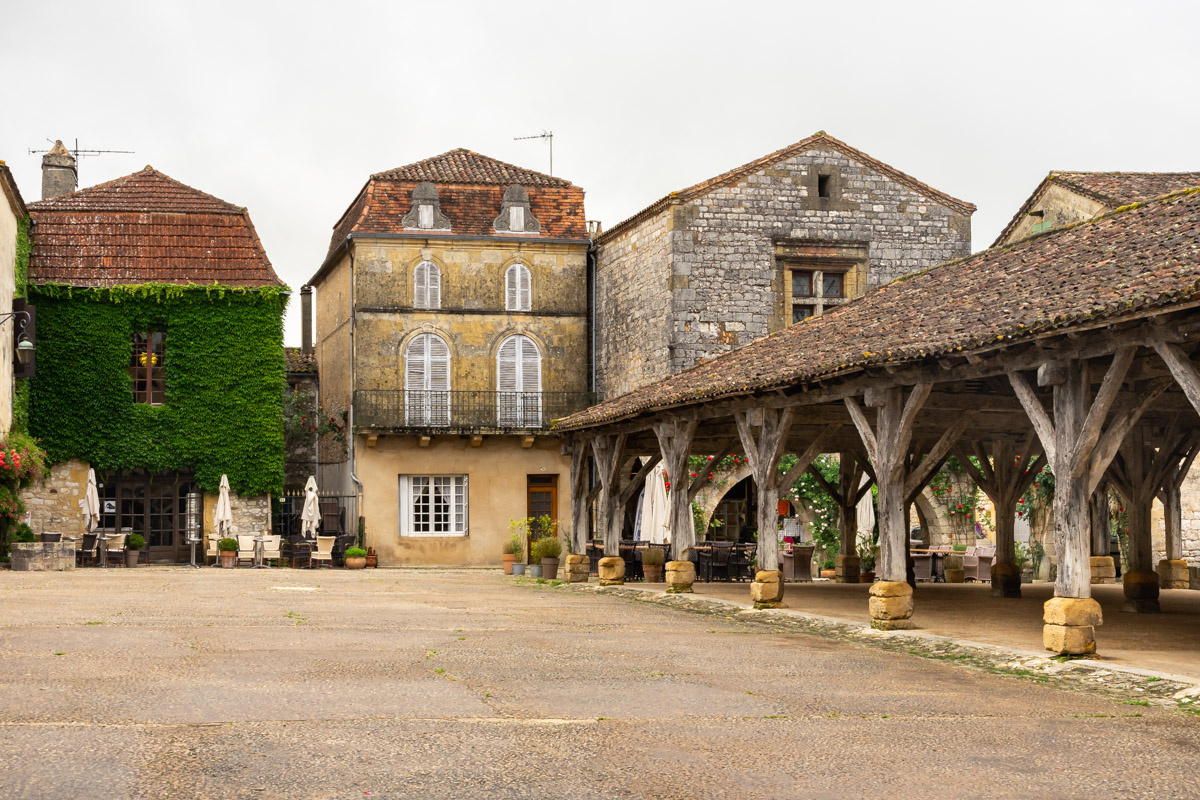 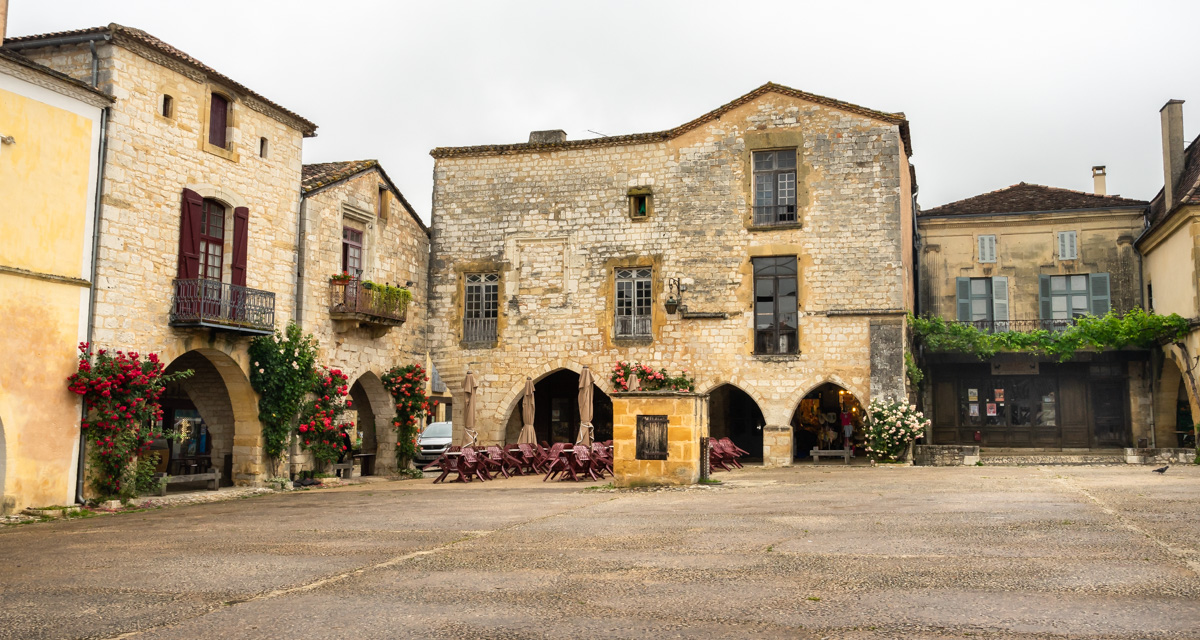 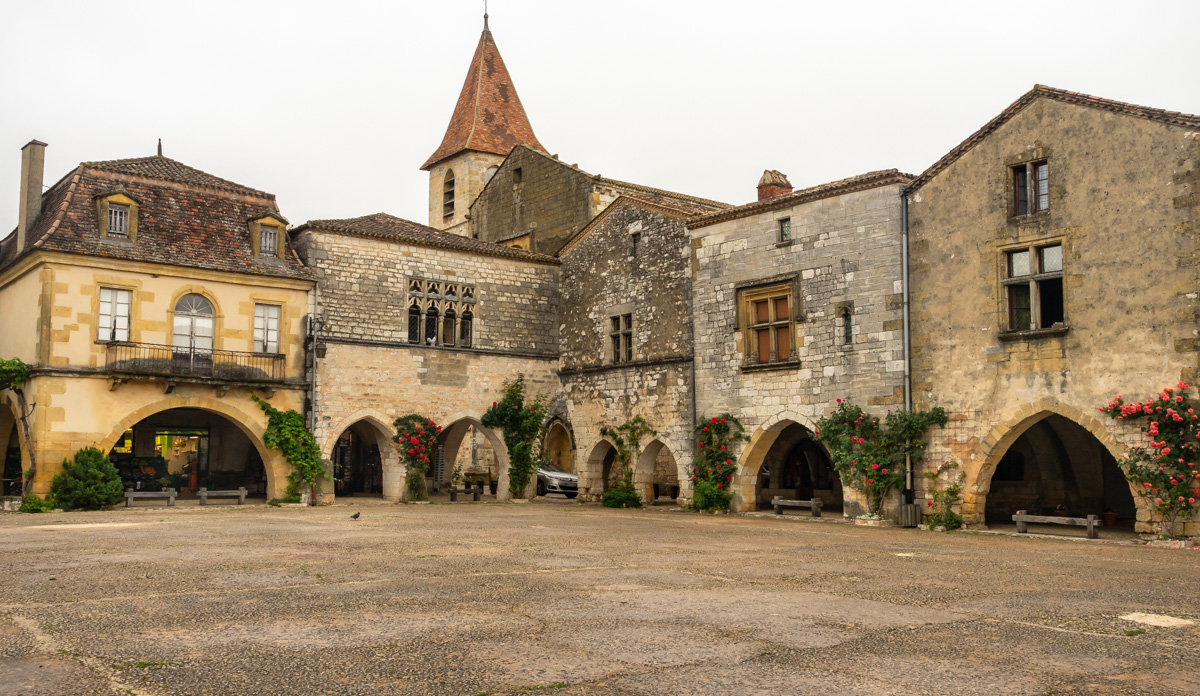 I attempted a 360-degree panorama shot of the square, which did not come off too bad.

The parish church of St-Dominique is what you would expect a French church in a commune of less than 600 residents to be: sufficiently imposing and modestly decorated, but not without a few nice features. 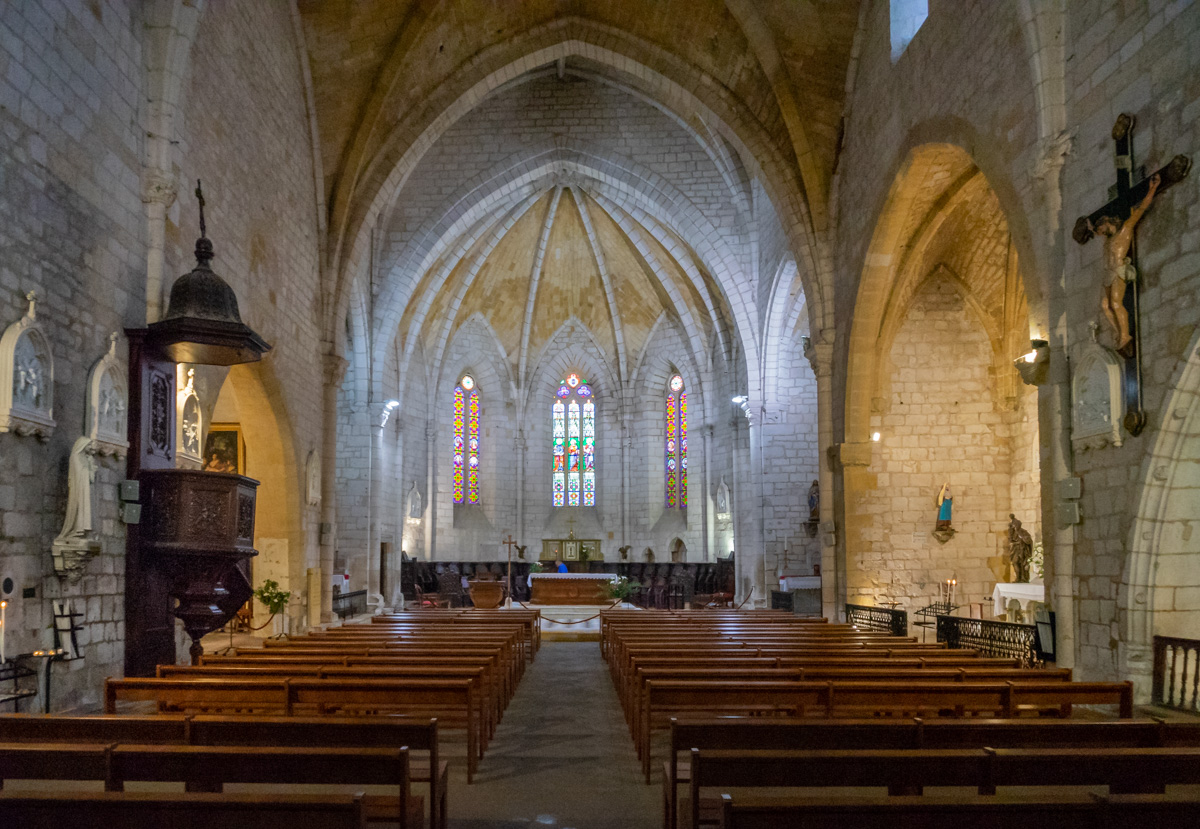 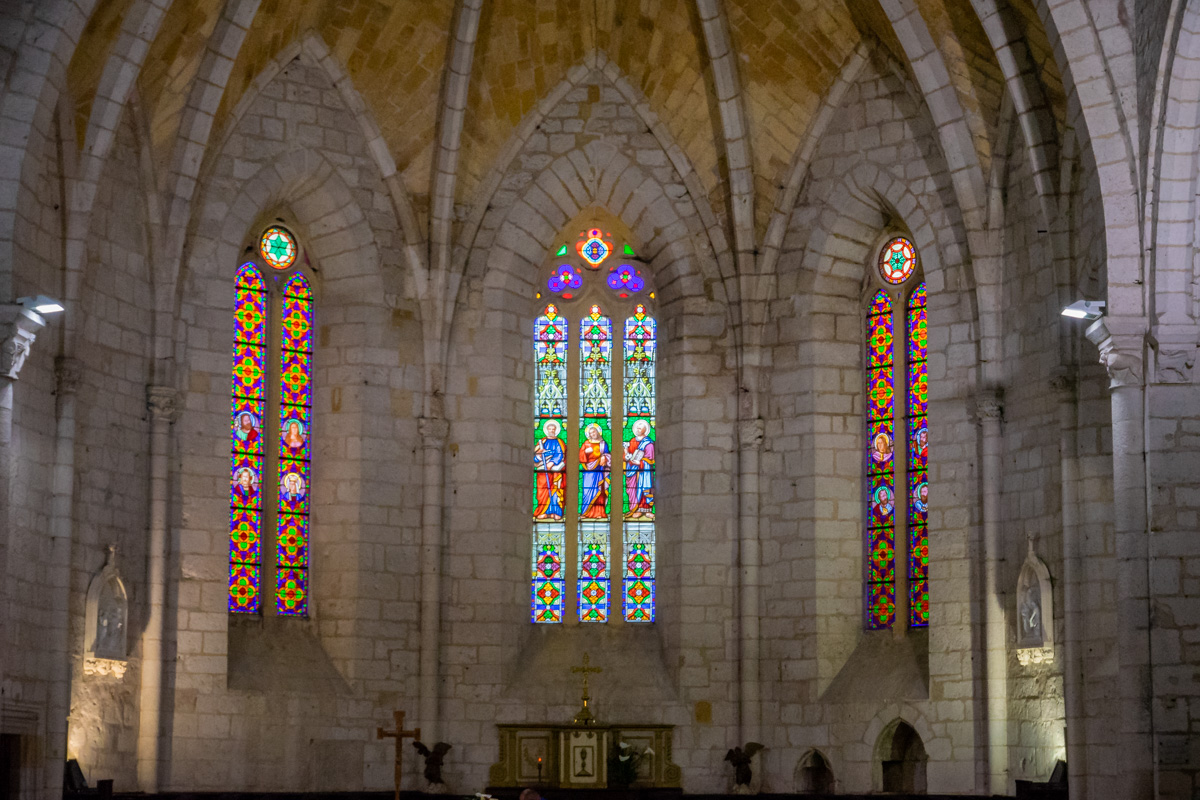 Close confines and absence of wide-angle lenses prevented me from taking a good exterior shot of the church, but we could peek at it and the square through one of the cornières. 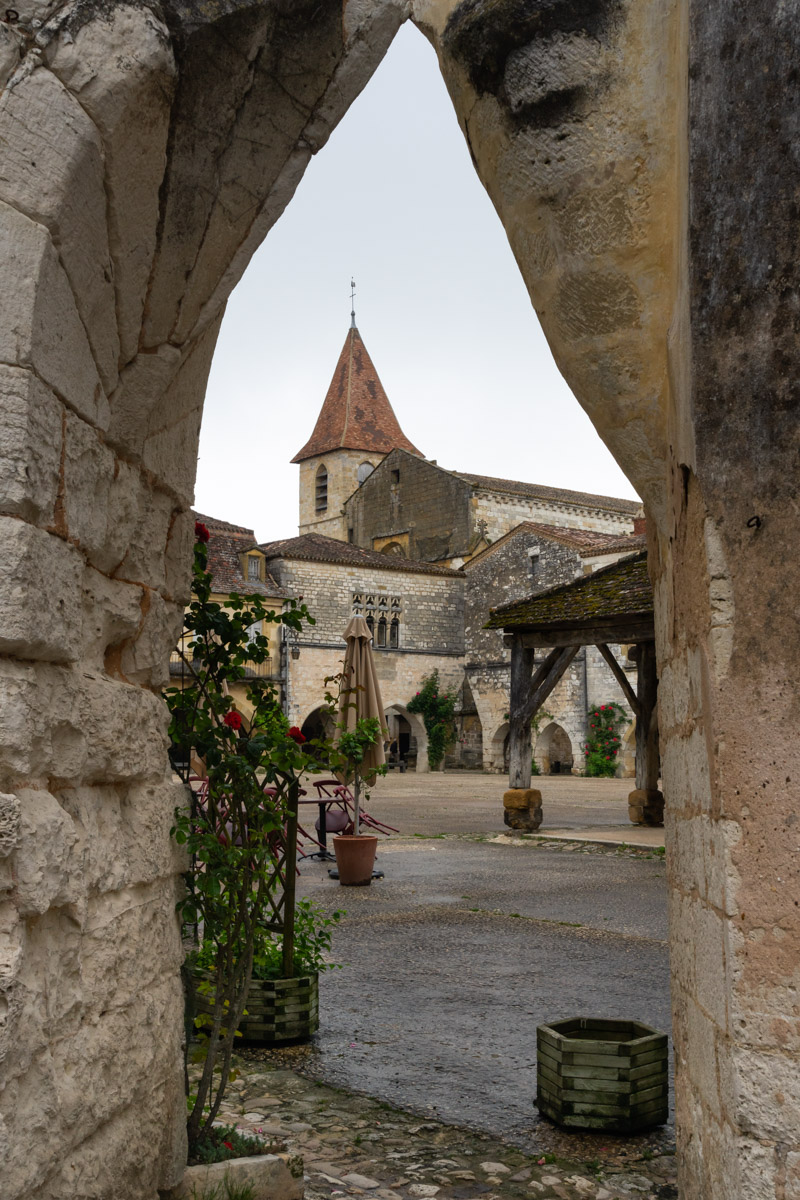 There are many interesting artisan shops and artist galleries on the streets of Monpazier. One of them offered me a chance to capture what the inner courtyard of a local house looks like. 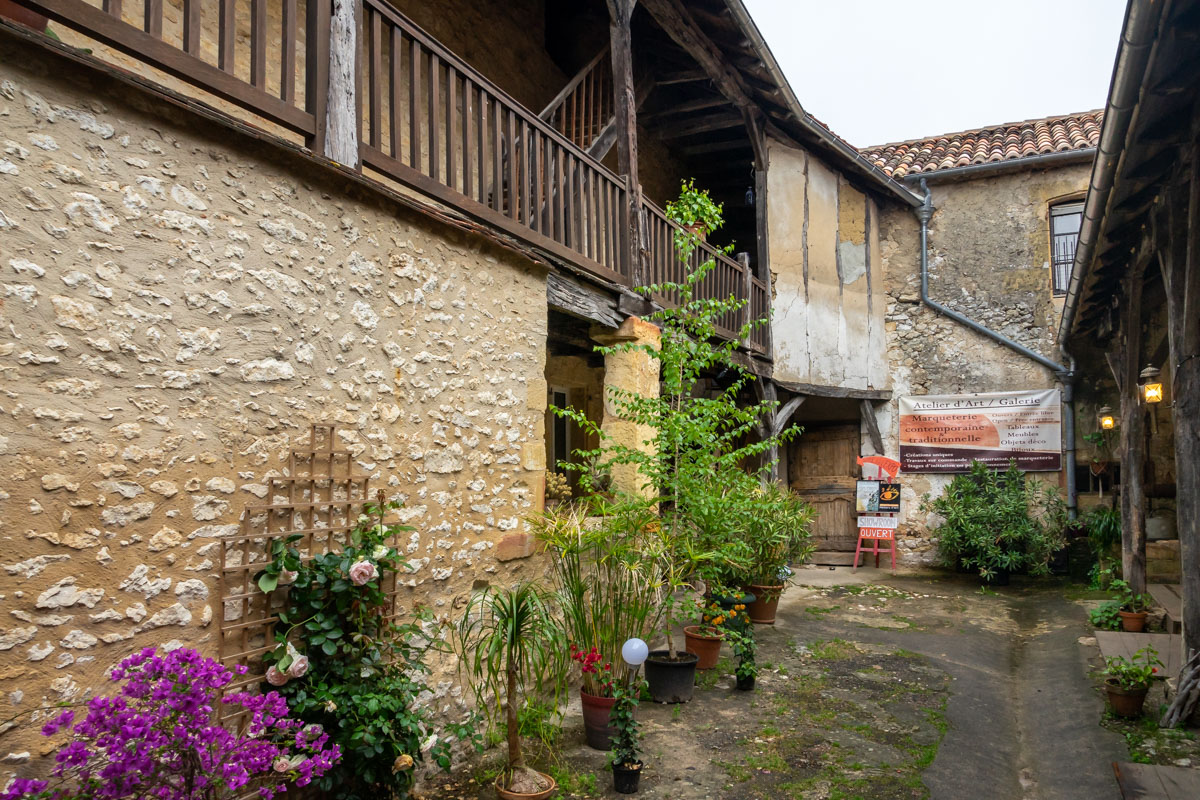 Balconies, flowers, eye-catching buildings – here is a small selection of glimpses of Monpazier. 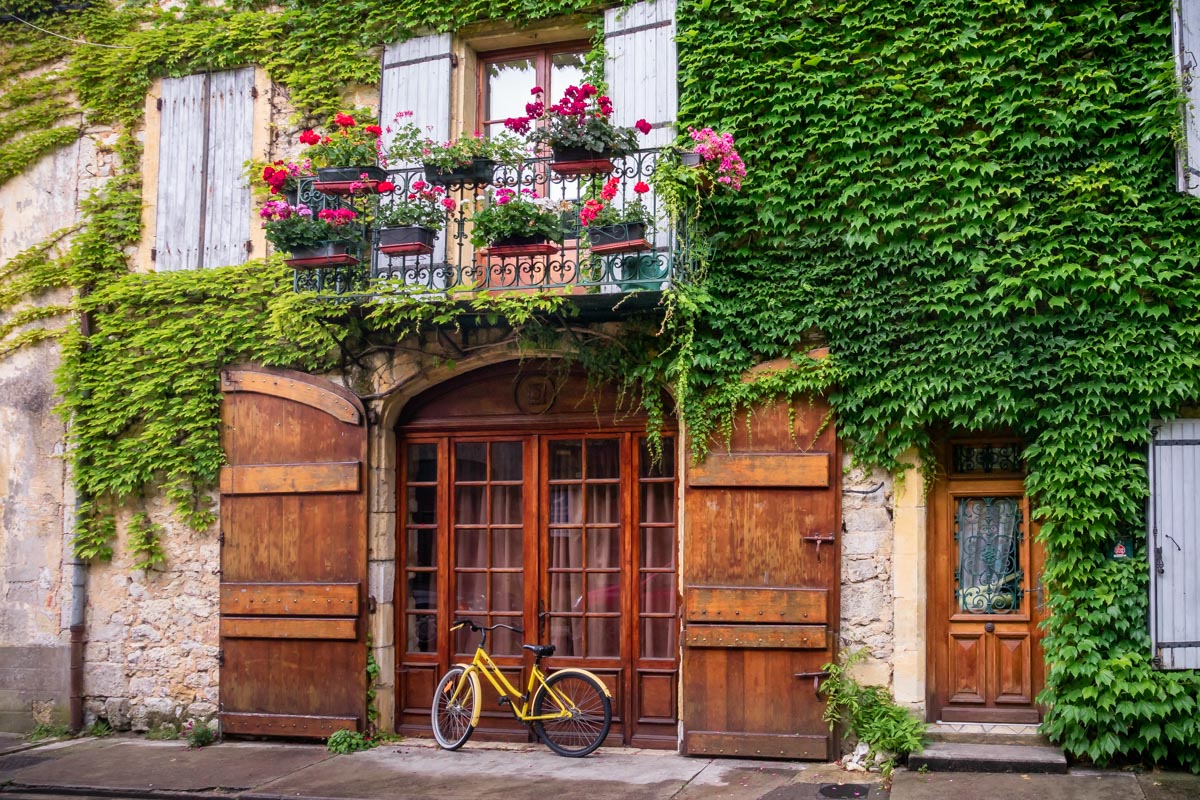 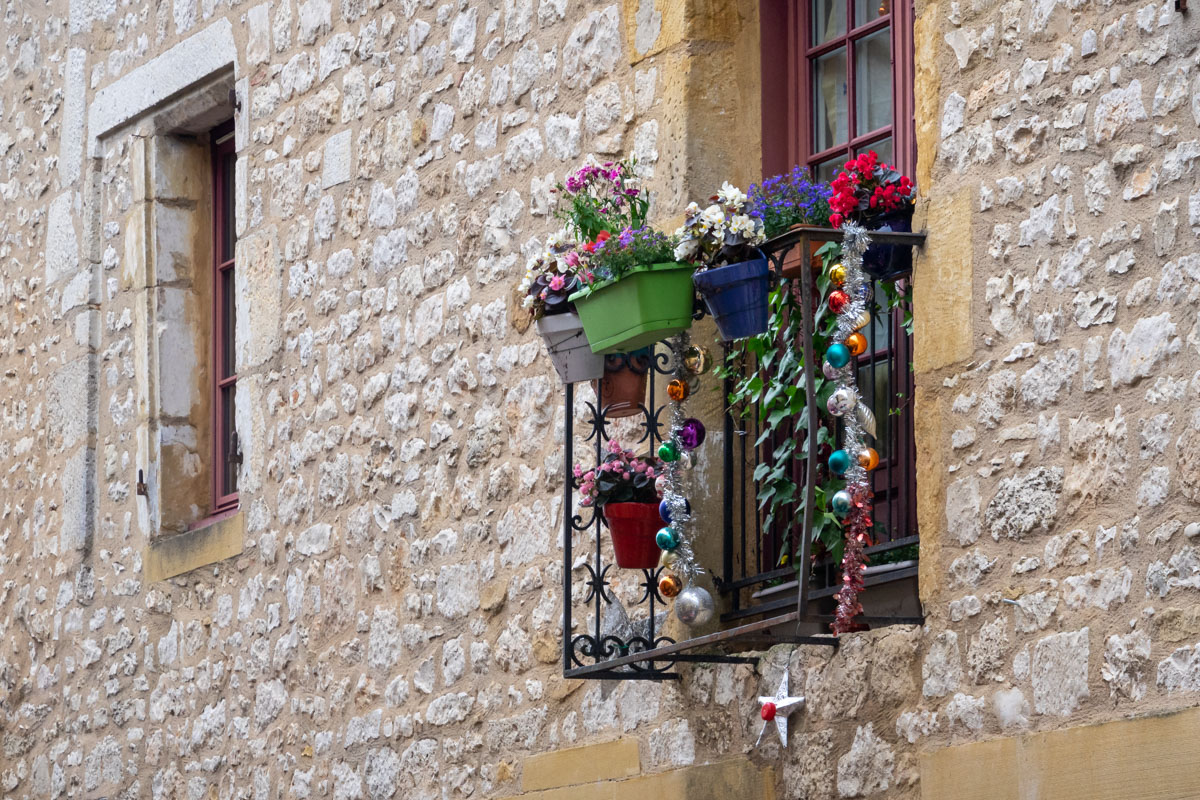 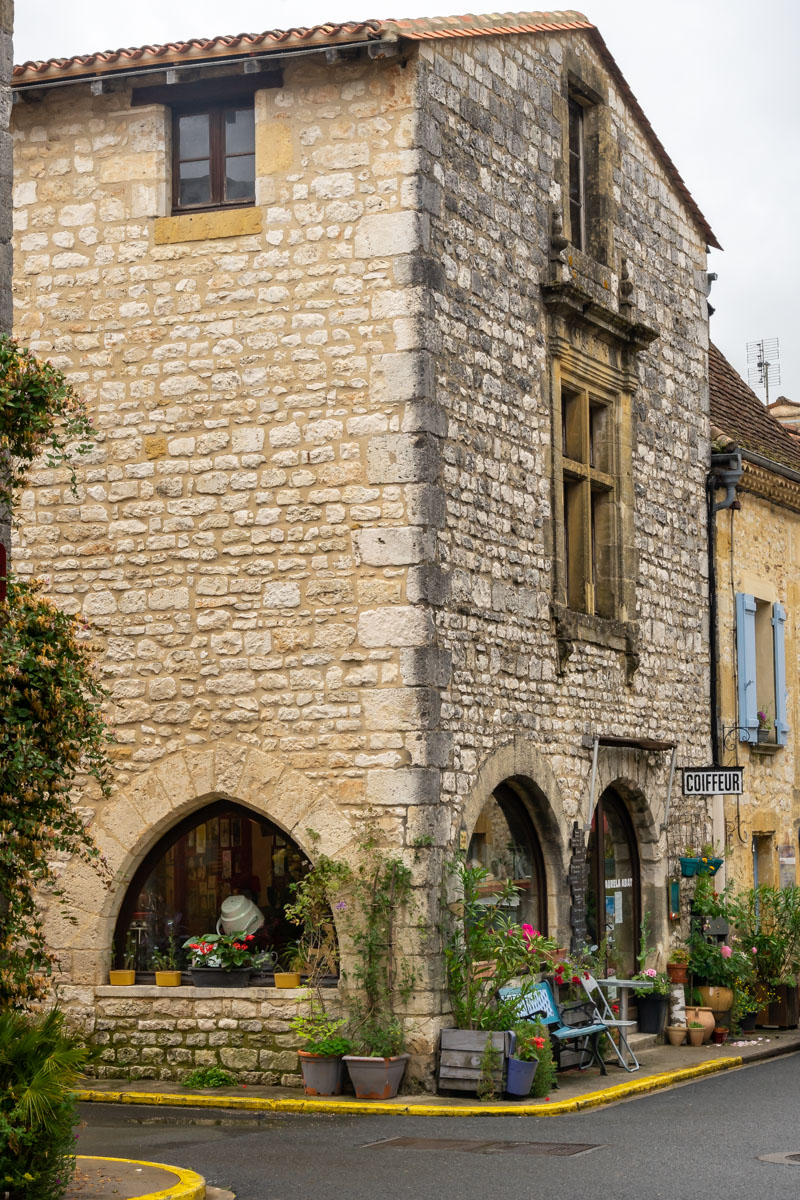 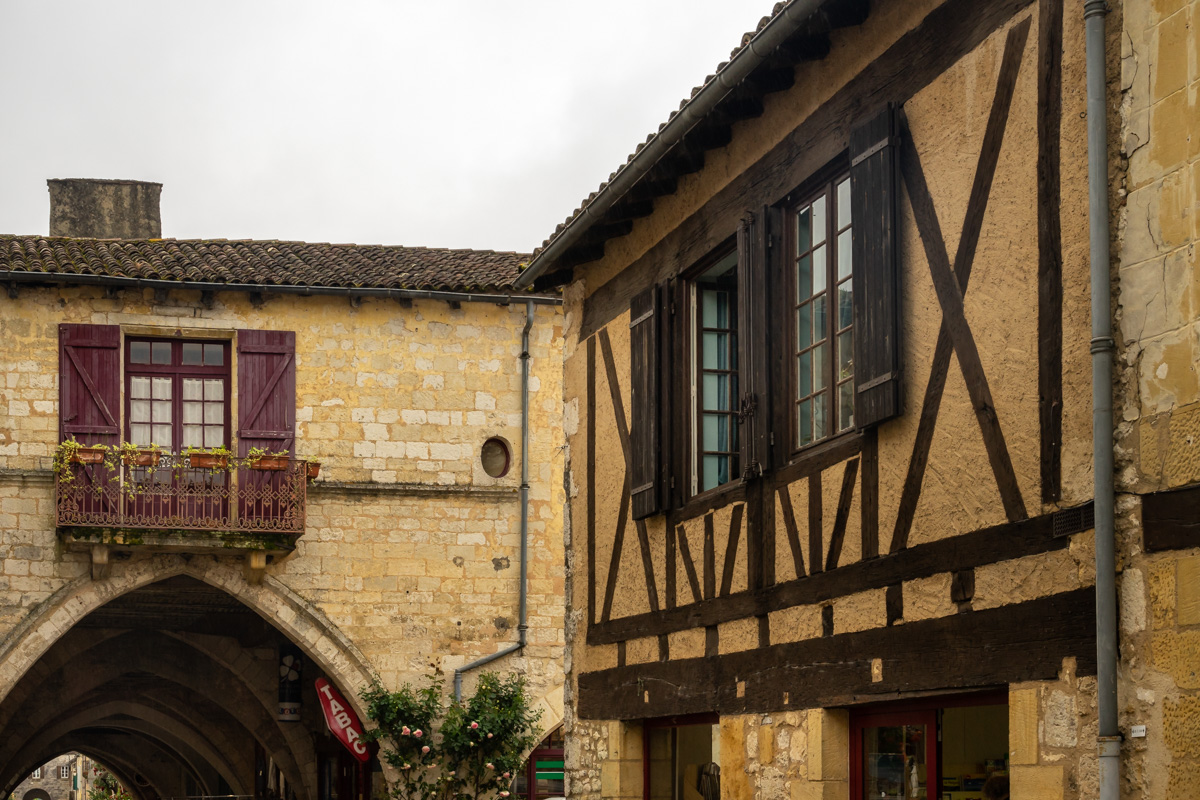 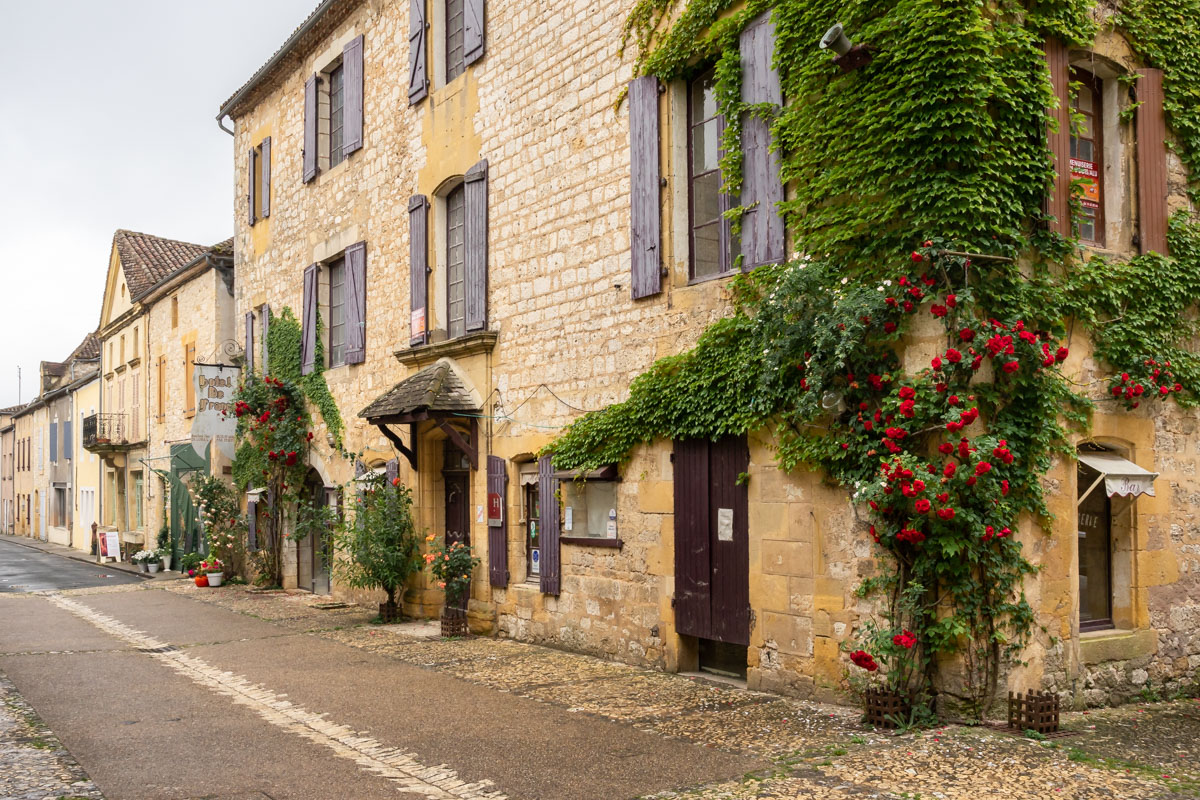 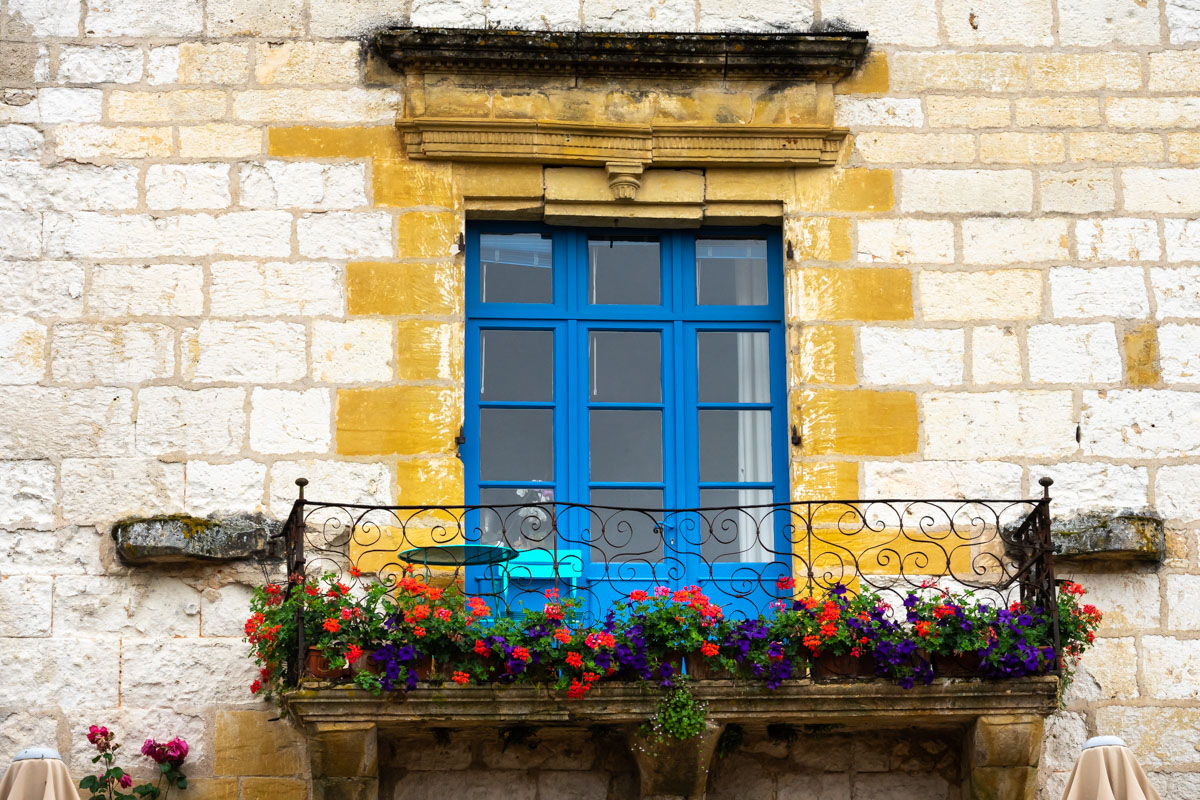 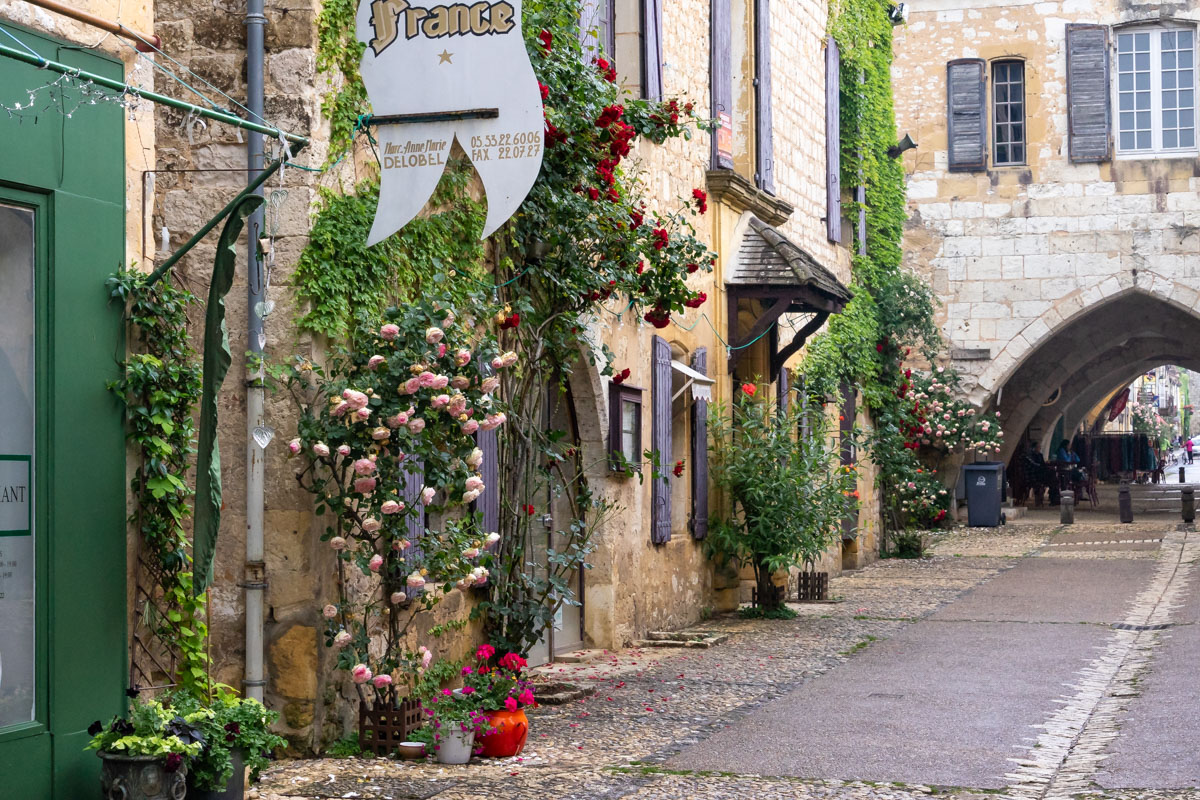 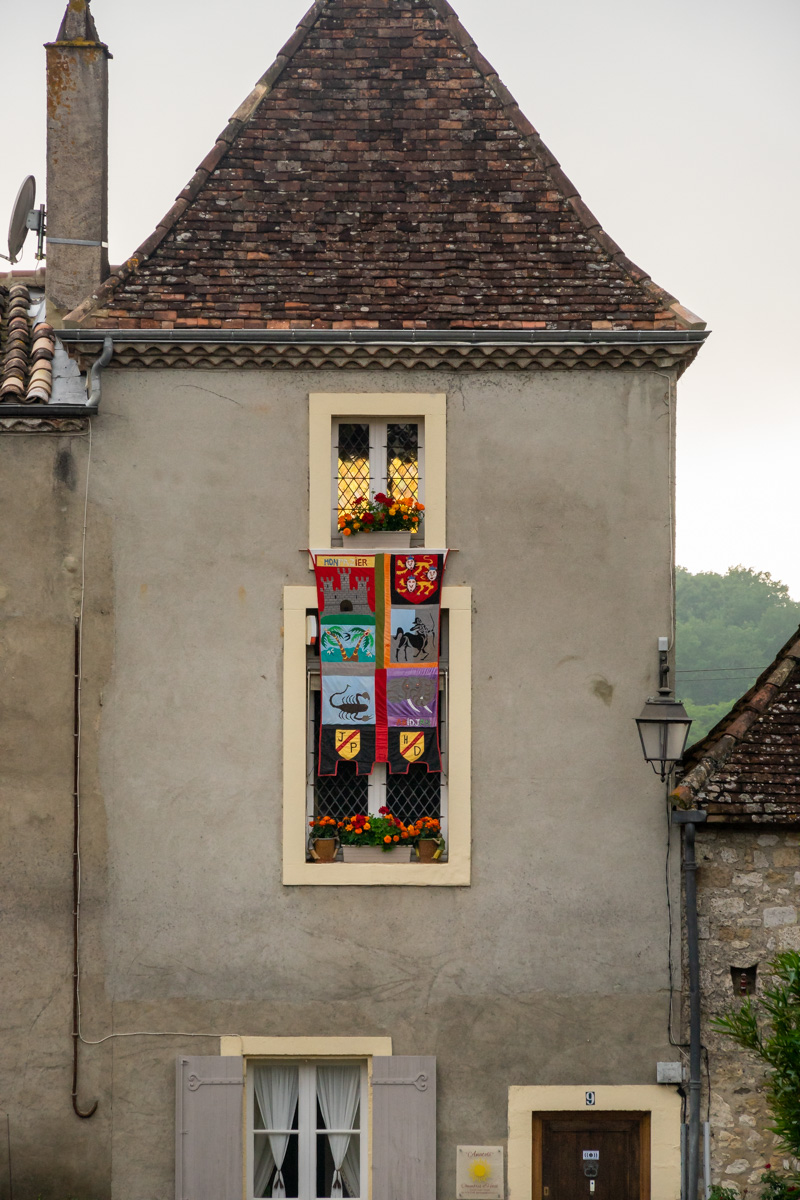 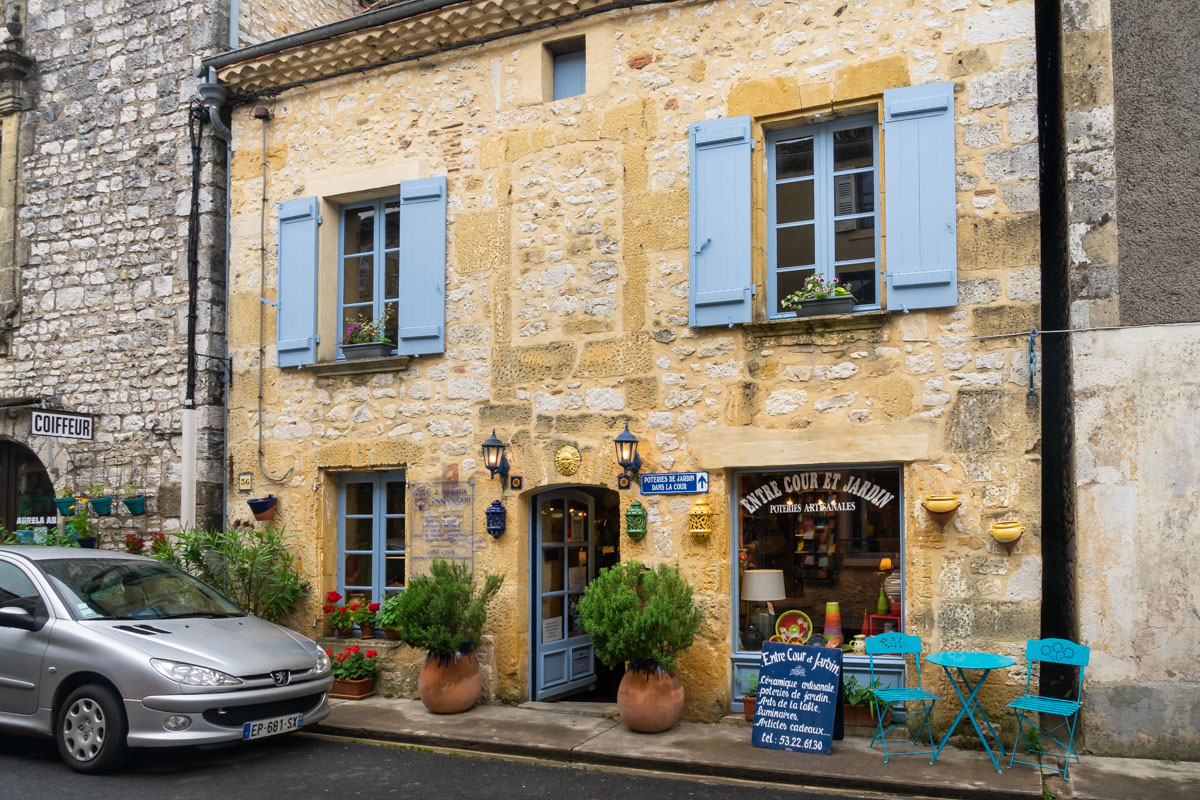 Unquestionably, a worthy member of the Prettiest Villages in France association.