It is probably obvious to anyone by now that our Dordogne itinerary was heavily influenced by the list of the Prettiest Villages in France. Dordogne department has 10 of them, the most of all departments in the country. I admittedly subscribe to the notion that existence of a formal recognition of any kind makes seeing the place likely worthwhile. So, in addition to my usual World Heritage pursuits and visits to the major points of interest as dictated by the critical mass of recommendations (TripAdvisor, IMHO, is an excellent starting point to determine the potential targets and then narrow them down to your personal preferences), I marked all 10 of those villages as potential destinations.

To join the association of Les Plus Beaux Villages de France, three main conditions need to be satisfied. The village has to have under 2,000 residents. There should be two nationally-recognized monuments in the village or its immediate vicinity. And there needs to be an official expression of local council’s support. As of today, 157 communes in different parts of France satisfy these requirements and claim the distinction.

Not all of them are made equal, of course. Some are postcard-perfect (think La Roque-Gageac or last year’s highlight Villefranche-de-Conflent). Others are positively visually impressive, like Beynac-et-Cazenac. Yet others are cute without raising to the level of exceptional (such as Saint-Léon-sur-Vézère).

Which brings us to Saint-Amand-de-Coly, among the smallest of the villages that we visited.

The village is basically two streets in the T-shape, at the intersection of which stands the undeniably monumental abbey church of the same name. Here is the look along the main street towards the abbey. 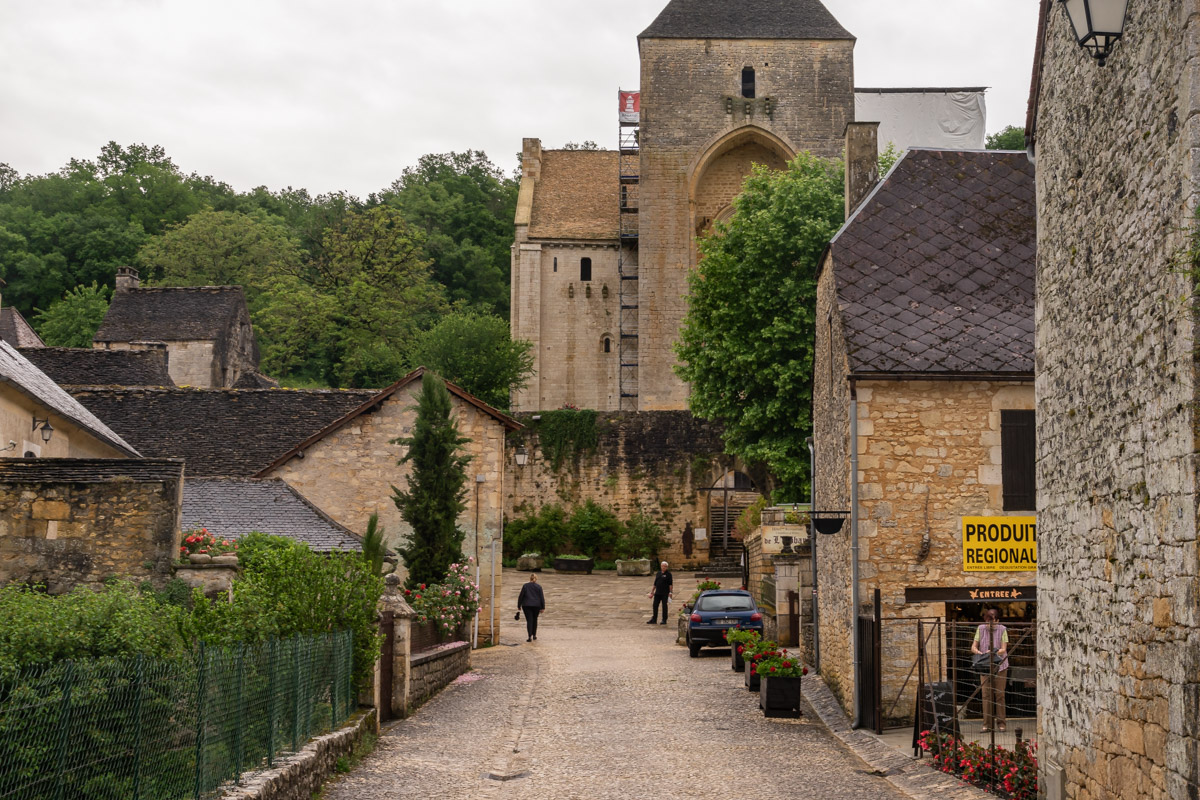 Saint-Amand-de-Coly abbey dates from the 12th century, but most that remains of it are ruins, while the church was largely rebuilt in the last 200 years. 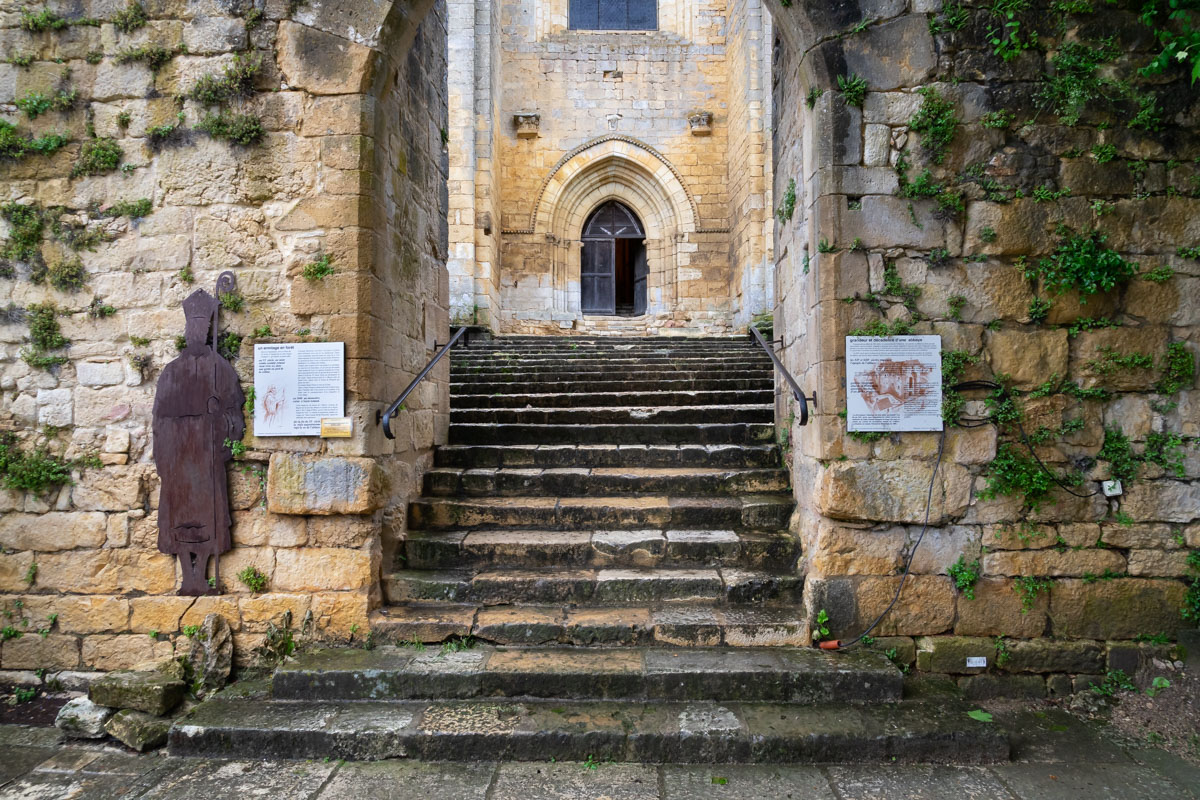 Inside the church is pretty bare. 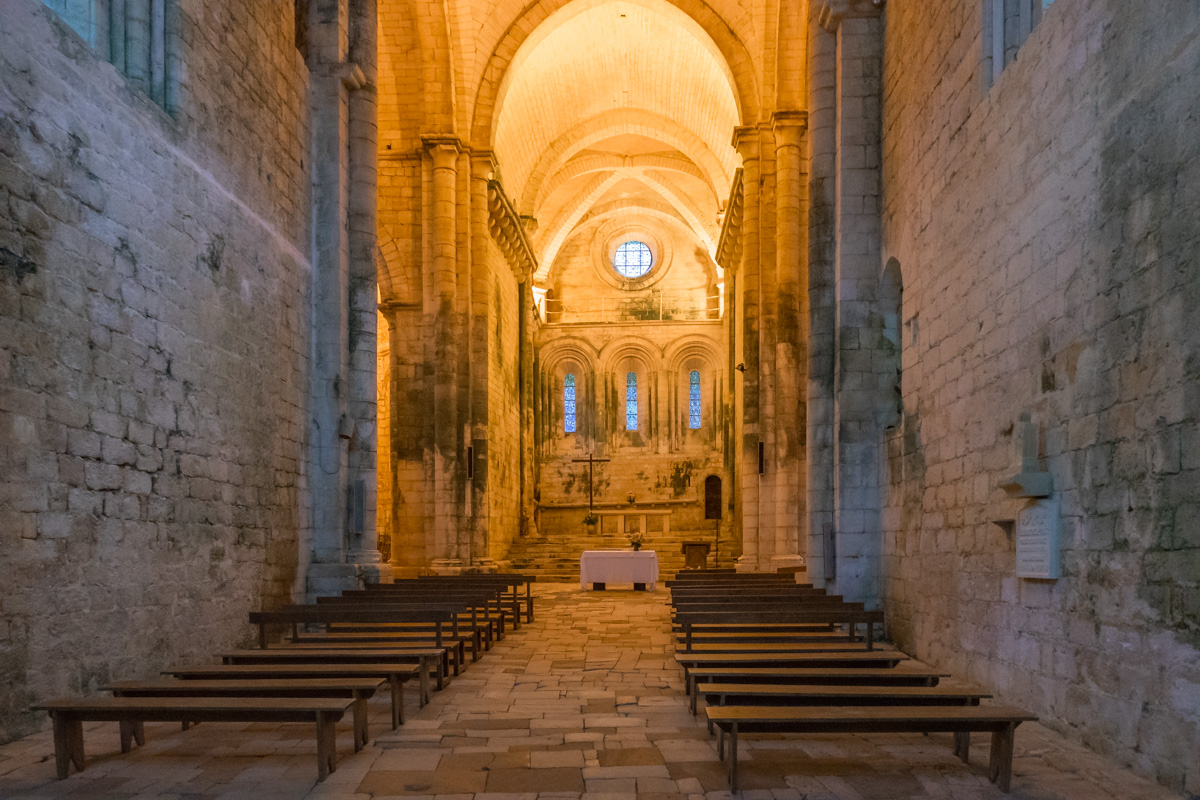 A look at the remains of the walls, with an unlikely giant guard in front. 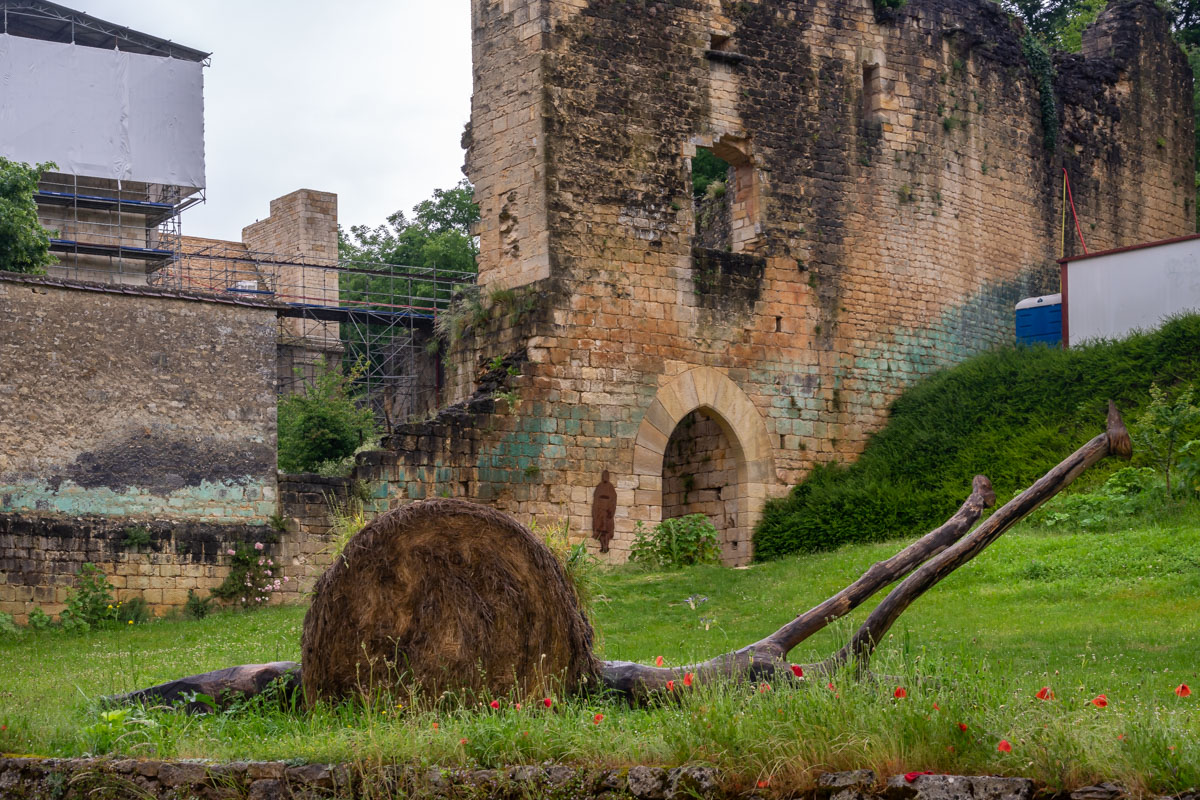 The cross street is all yellowish Sarlat brick houses, quaint en masse without being extraordinary individually. 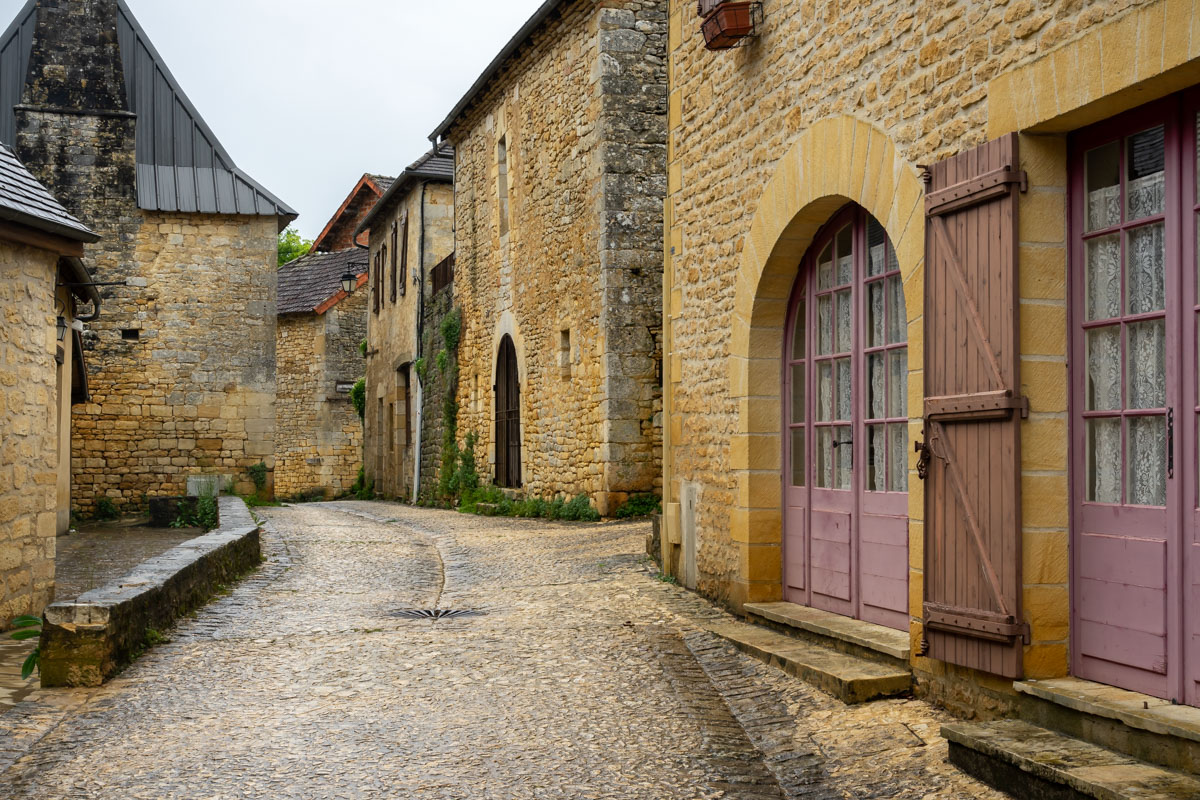 A few other fragments. 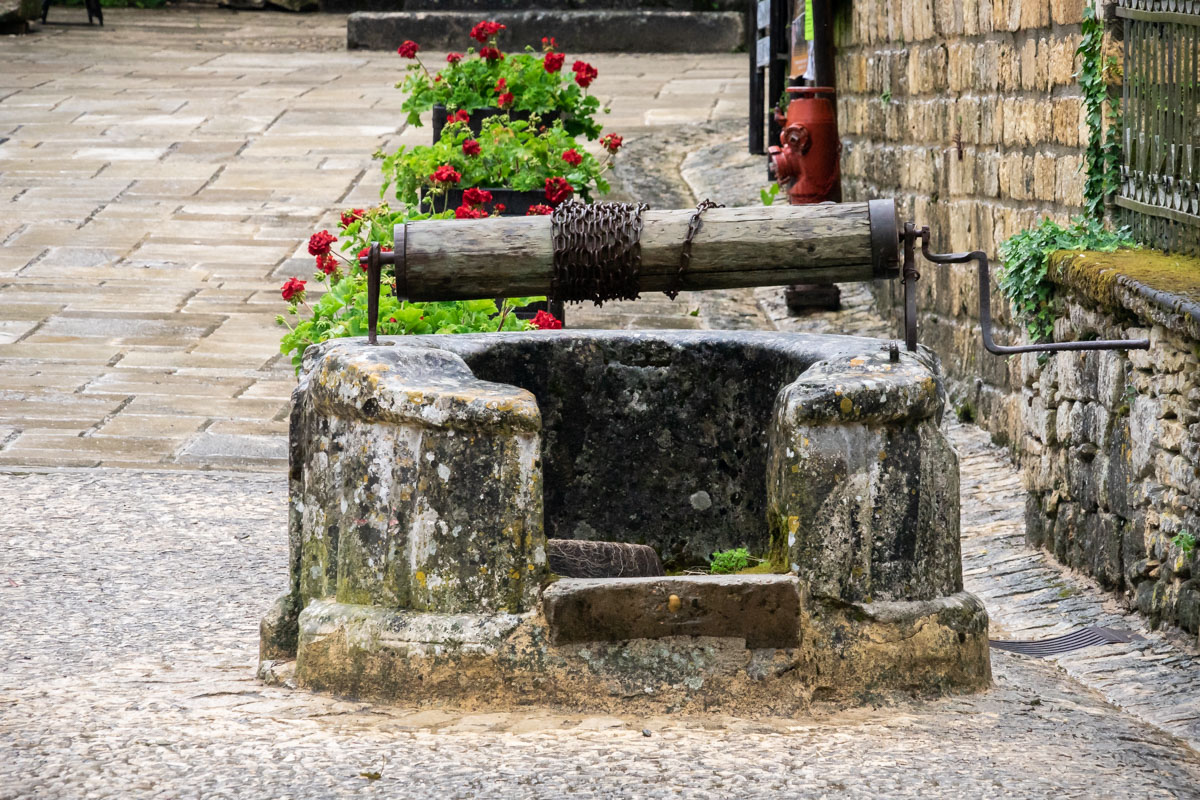 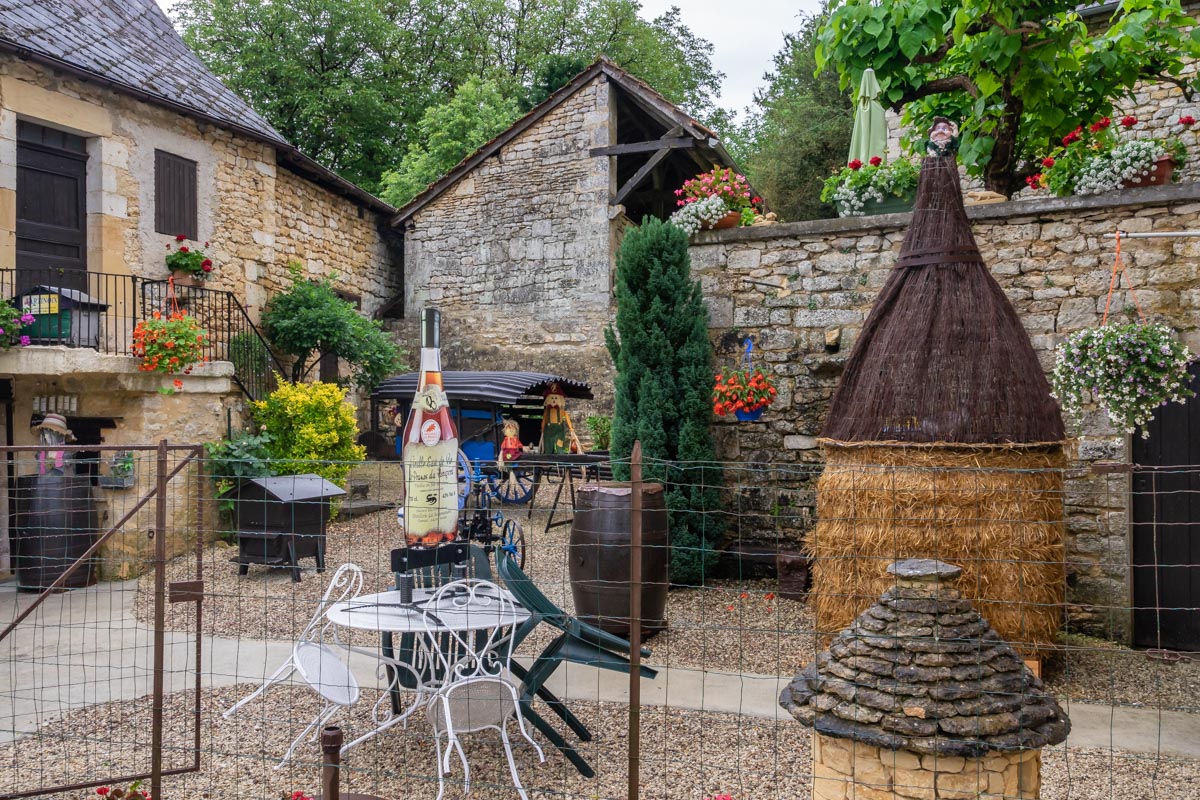 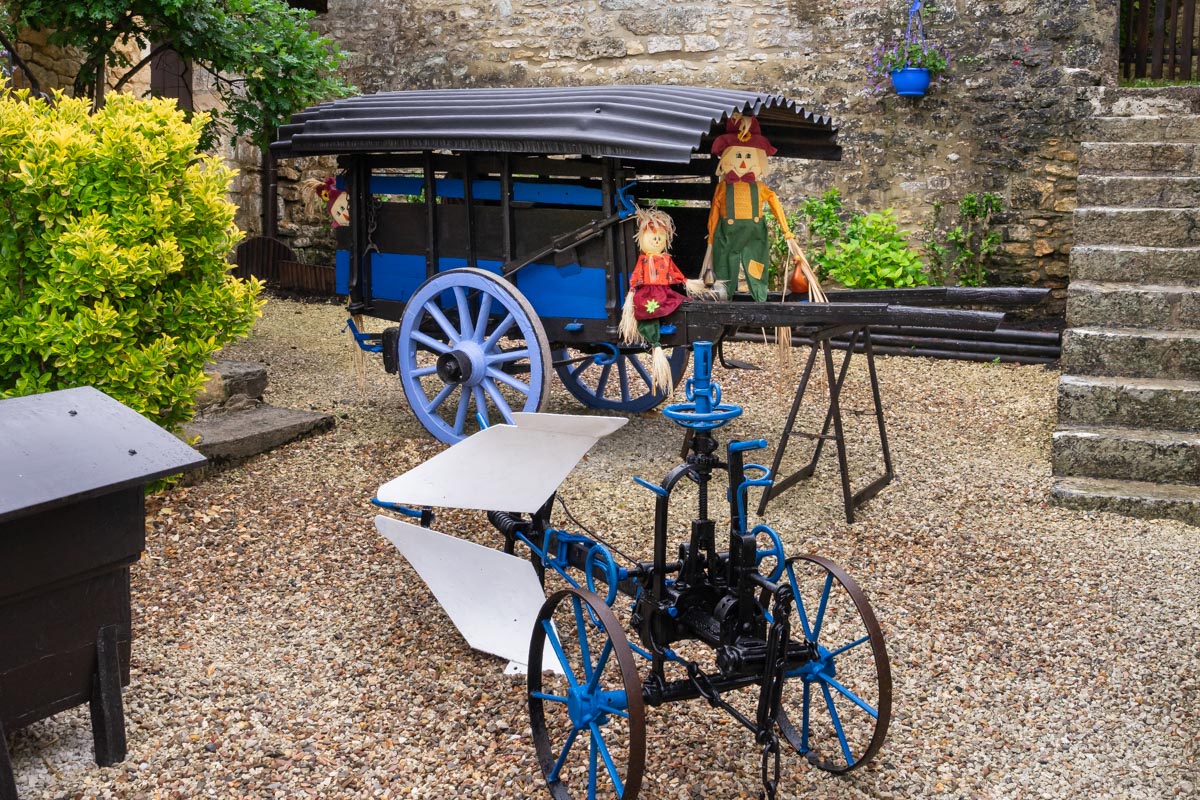 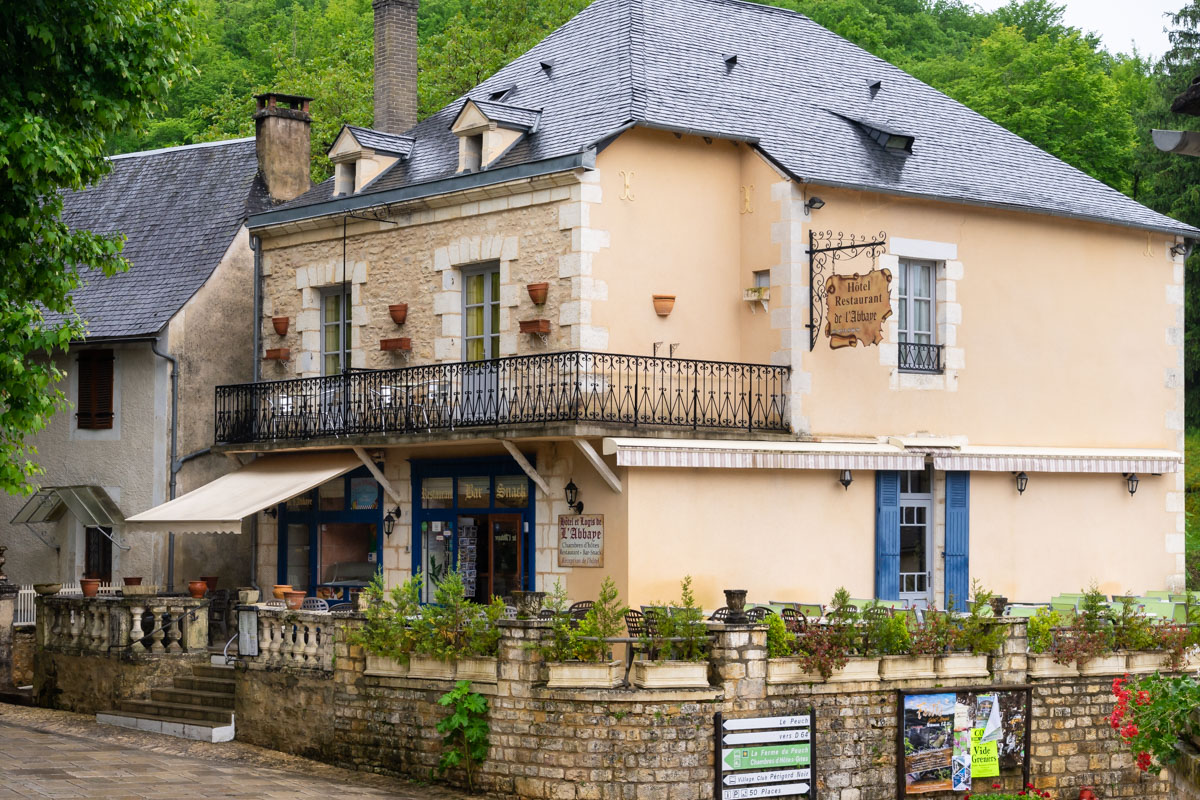 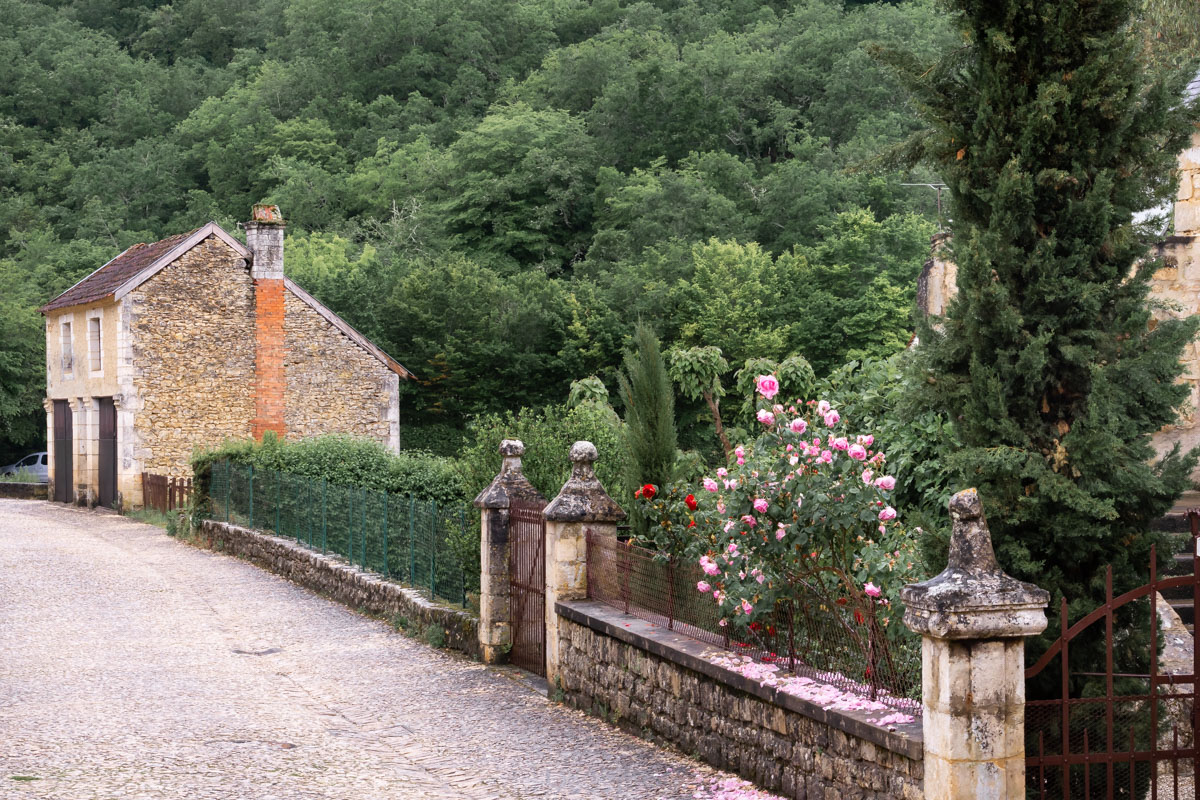 I suppose you cannot say that Saint-Amand-de-Coly is without charms. It is one of those that may be not exactly exceptional but cute. 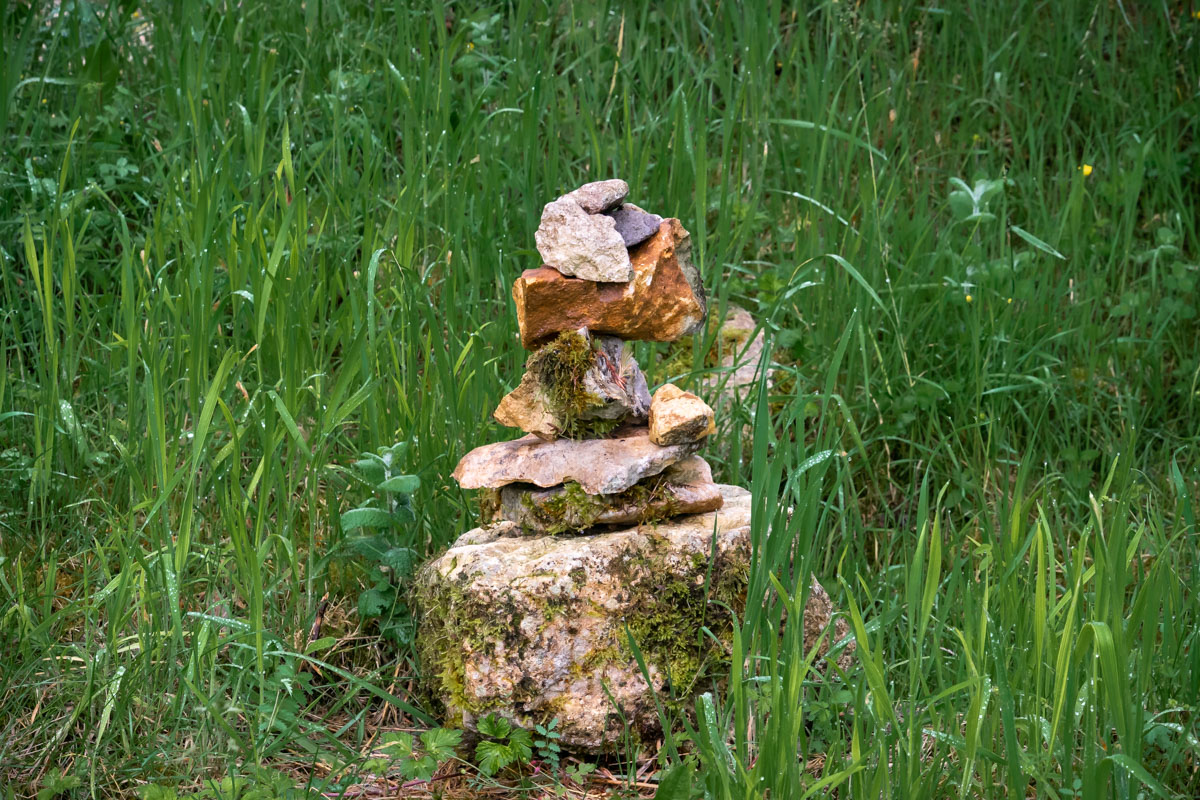