We have already had glimpses of La Roque-Gageac in a couple of recent posts. The small village nestling under imposing rocks along the bank of Dordogne river has got to be considered picturesque even by the elevated standards of Les Plus Beaux Villages de France. Here is another look at it from the Belvedere of Jardins de Marqueyssac. 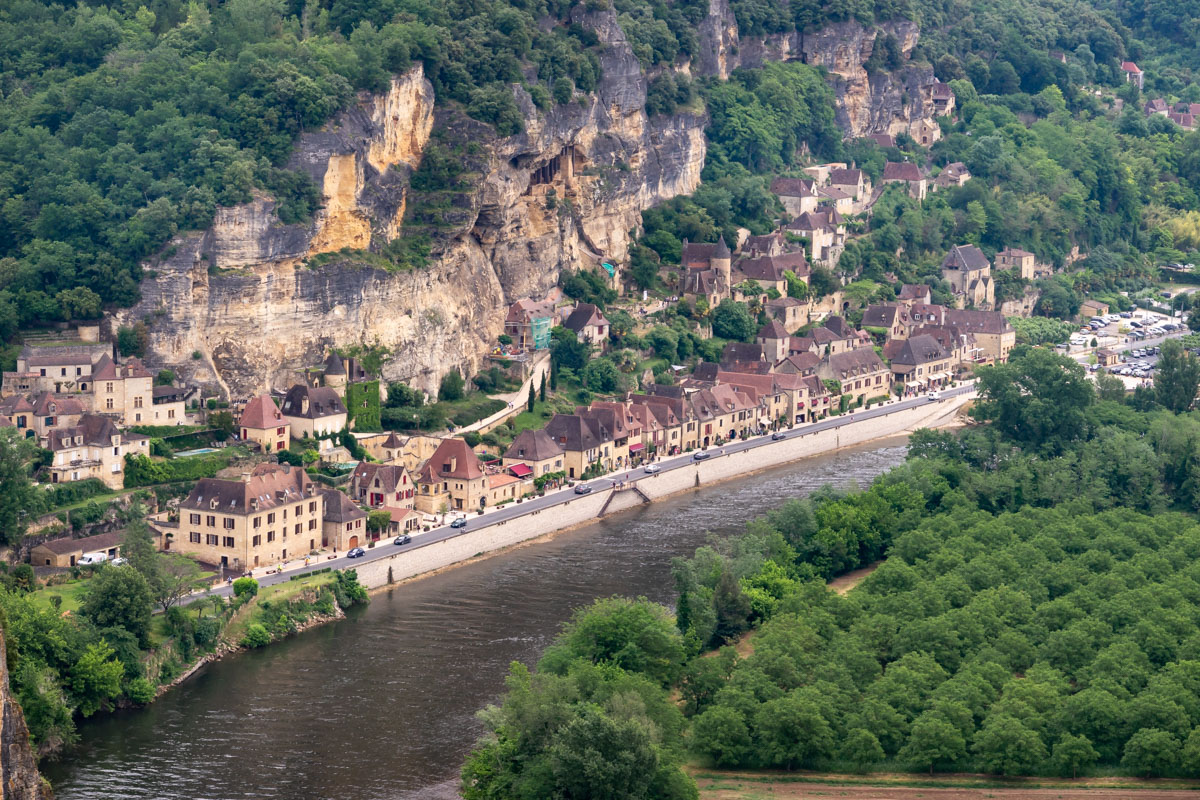 You can see that the village does not climb up as much as Beynac does. Although there are a few scenic spots in the upper parts of La Roque-Gageac, it is stretched along the river much more than it is built up the mountain. It follows that the large percentage of photographic shots are various angles of the features of the main road. 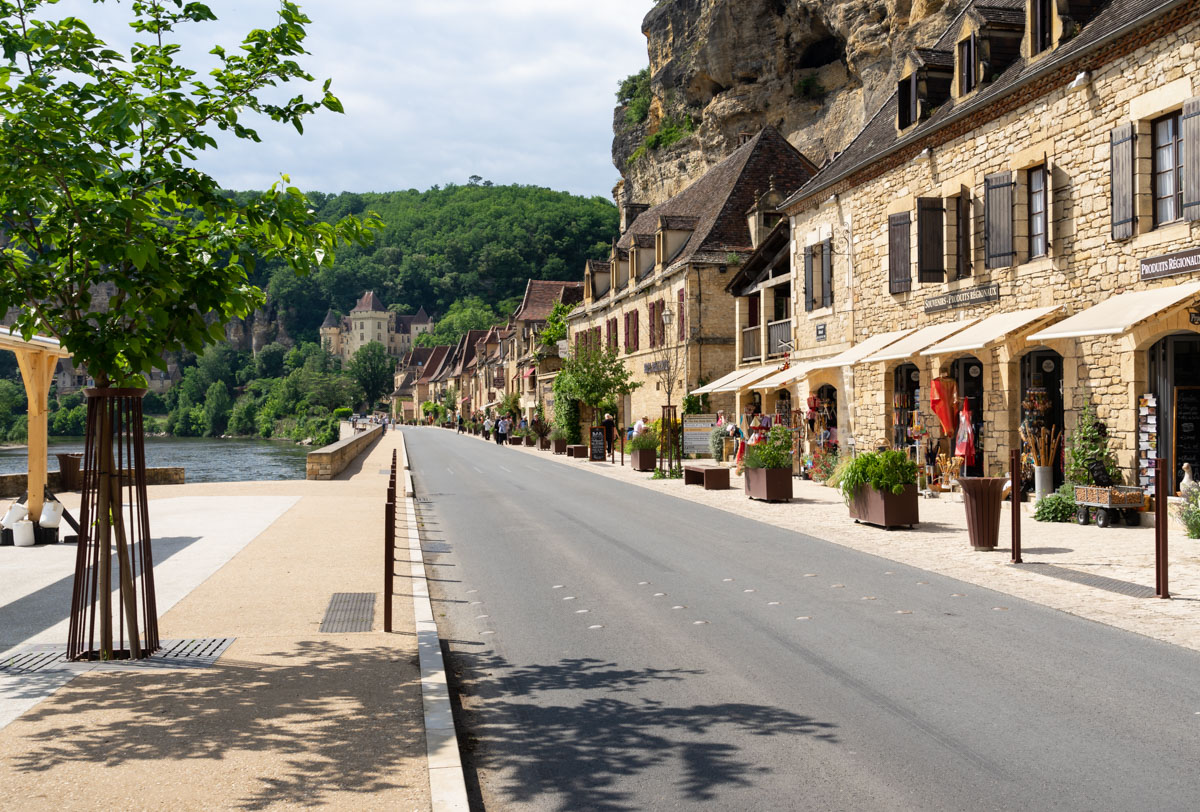 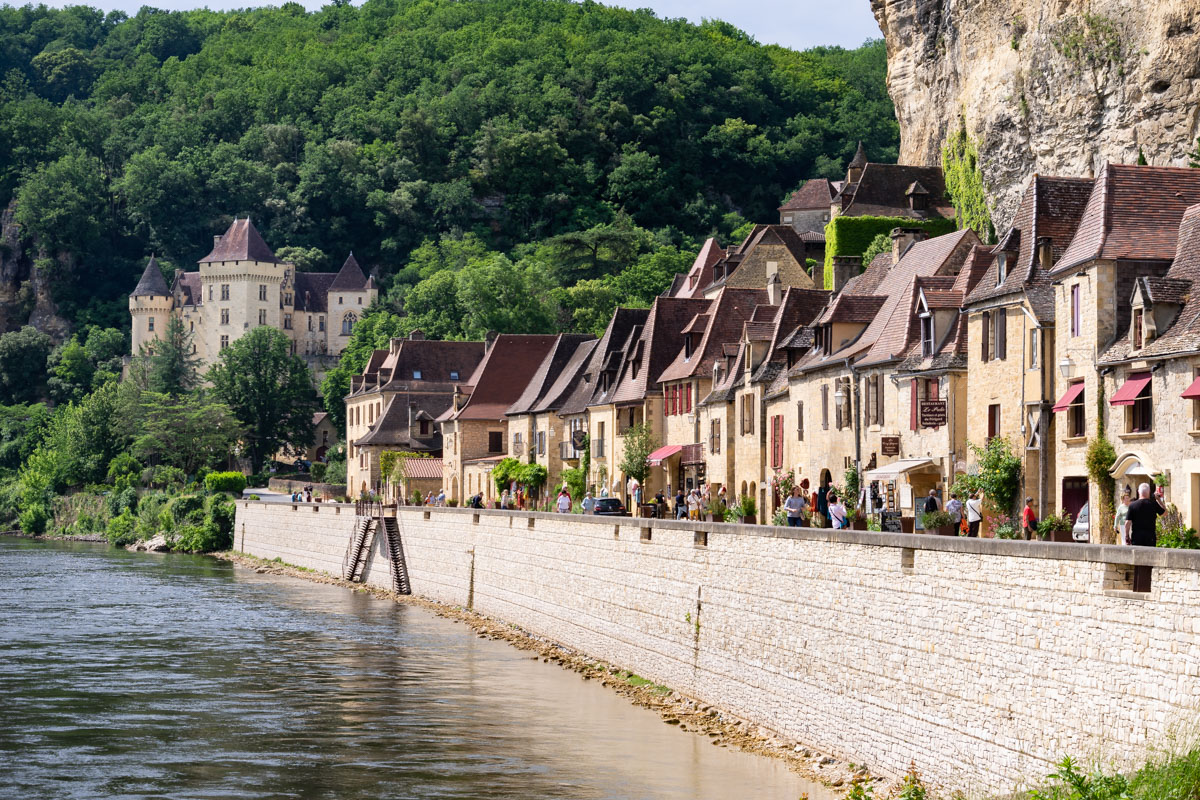 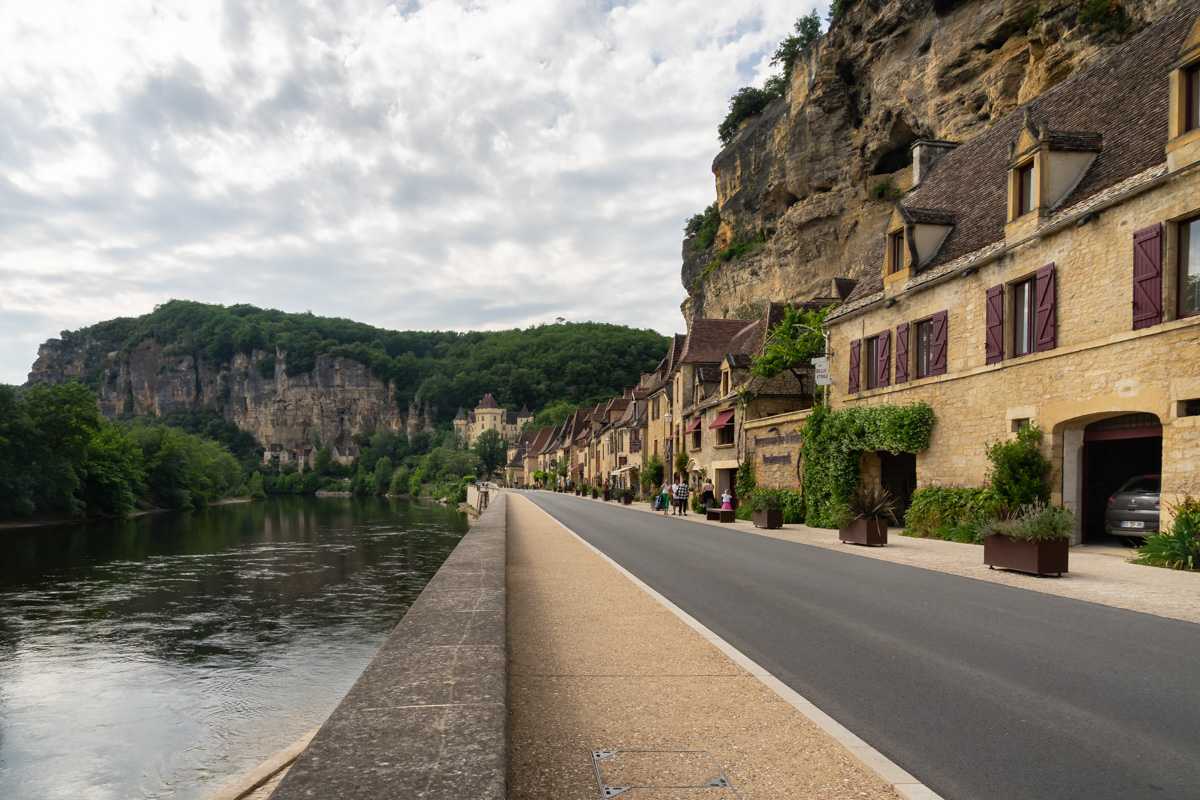 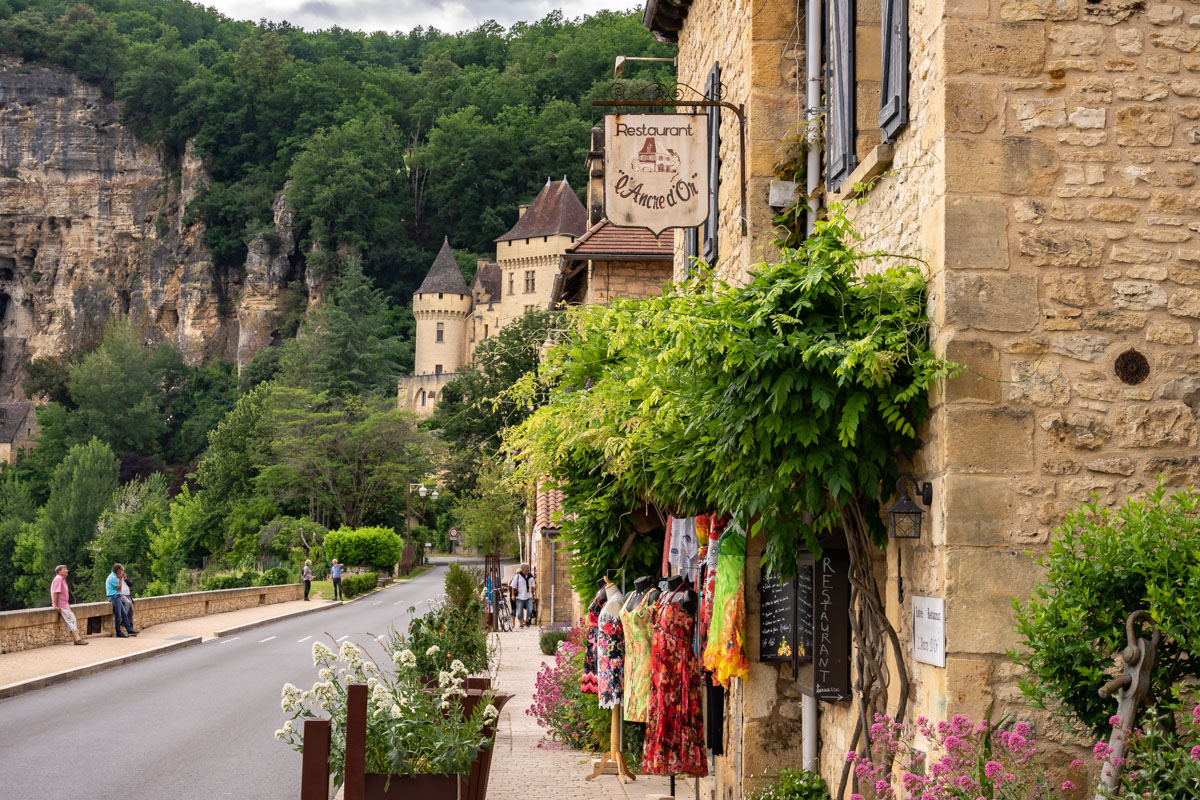 The castle at the edge of the village is Château de la Malartrie, a private residence and an occasional event venue that is not open to tourists. It is fairly young as castles go, built in its current form in the 19th century to recall the Renaissance mansions of the times past.

The town church, carrying a very common to the Francophone world name of Notre-Dame, is a bit older, dating from the 14th century. 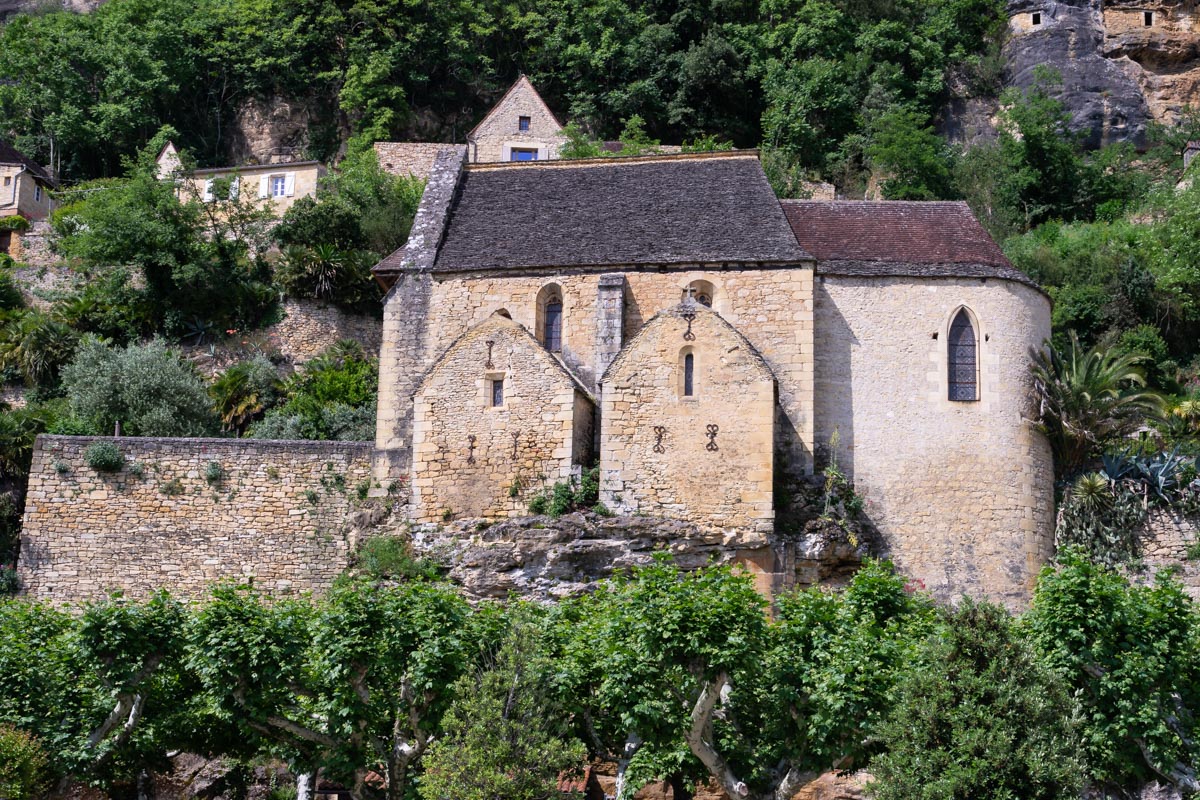 Another standout building is Manoir de la Tarde, with its tower acting a central focal point above the village. 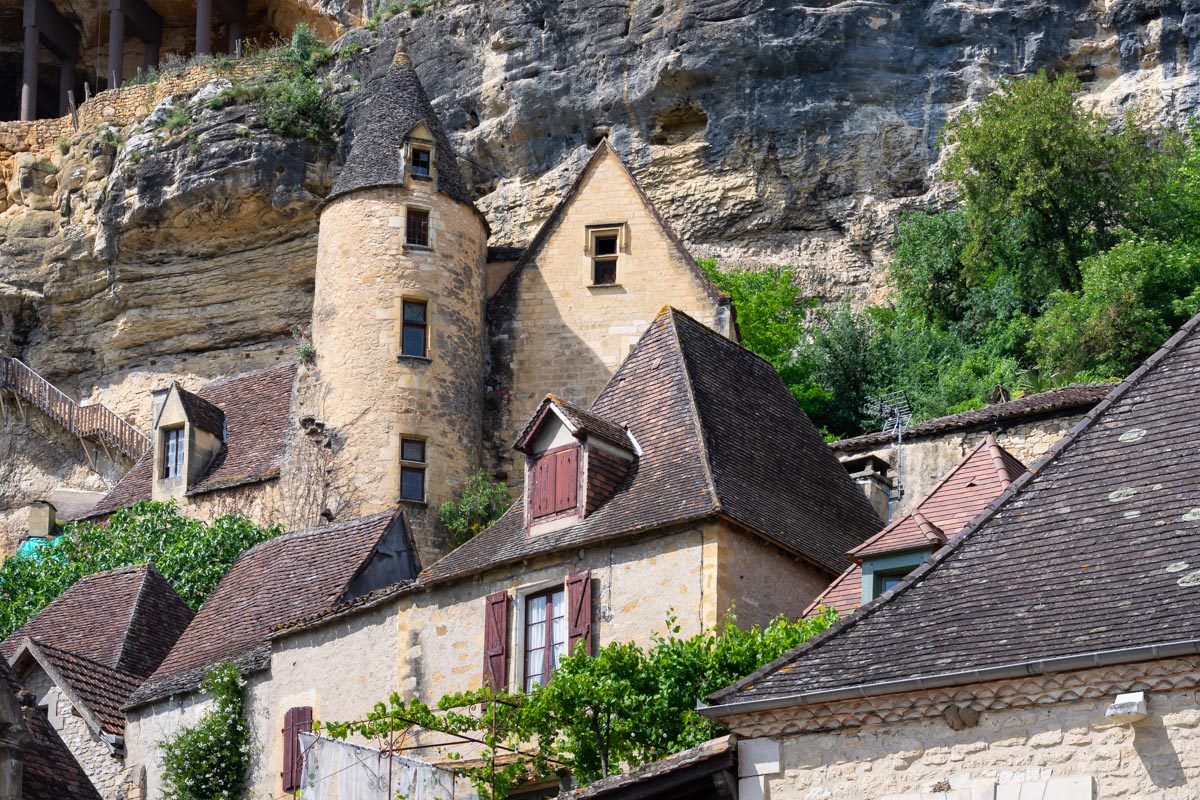 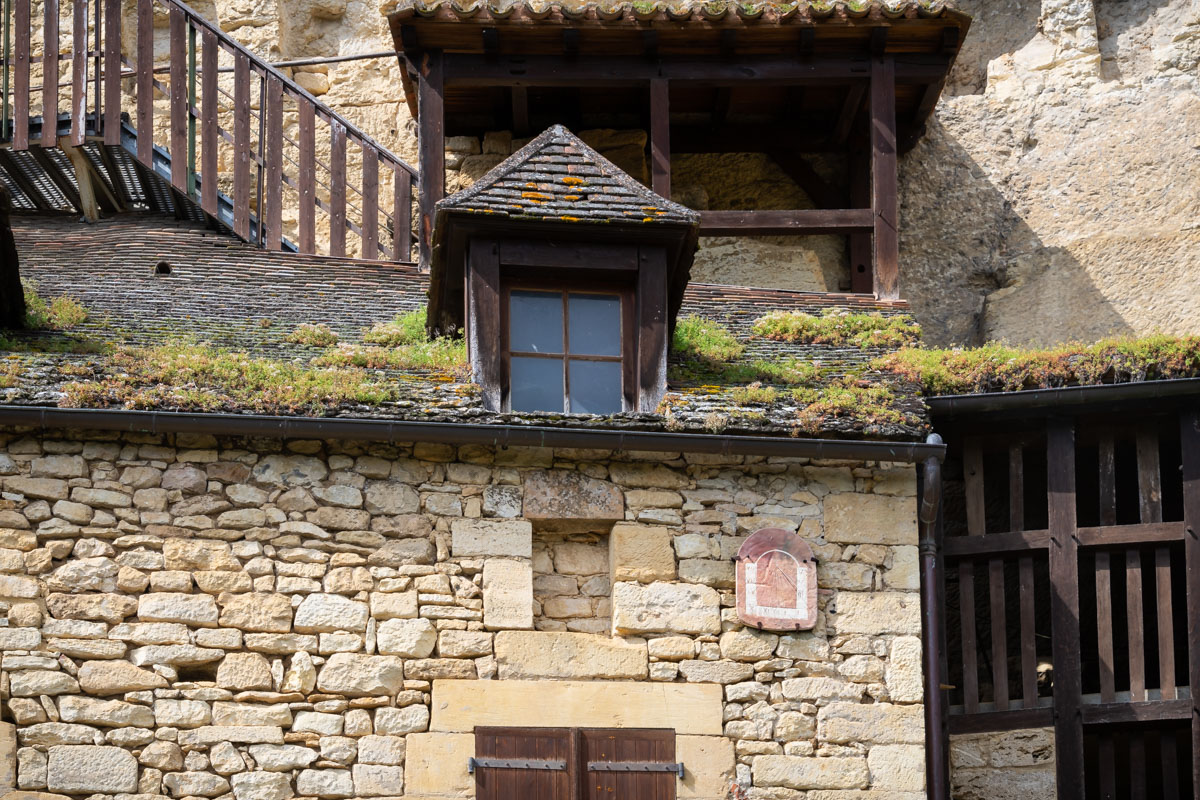 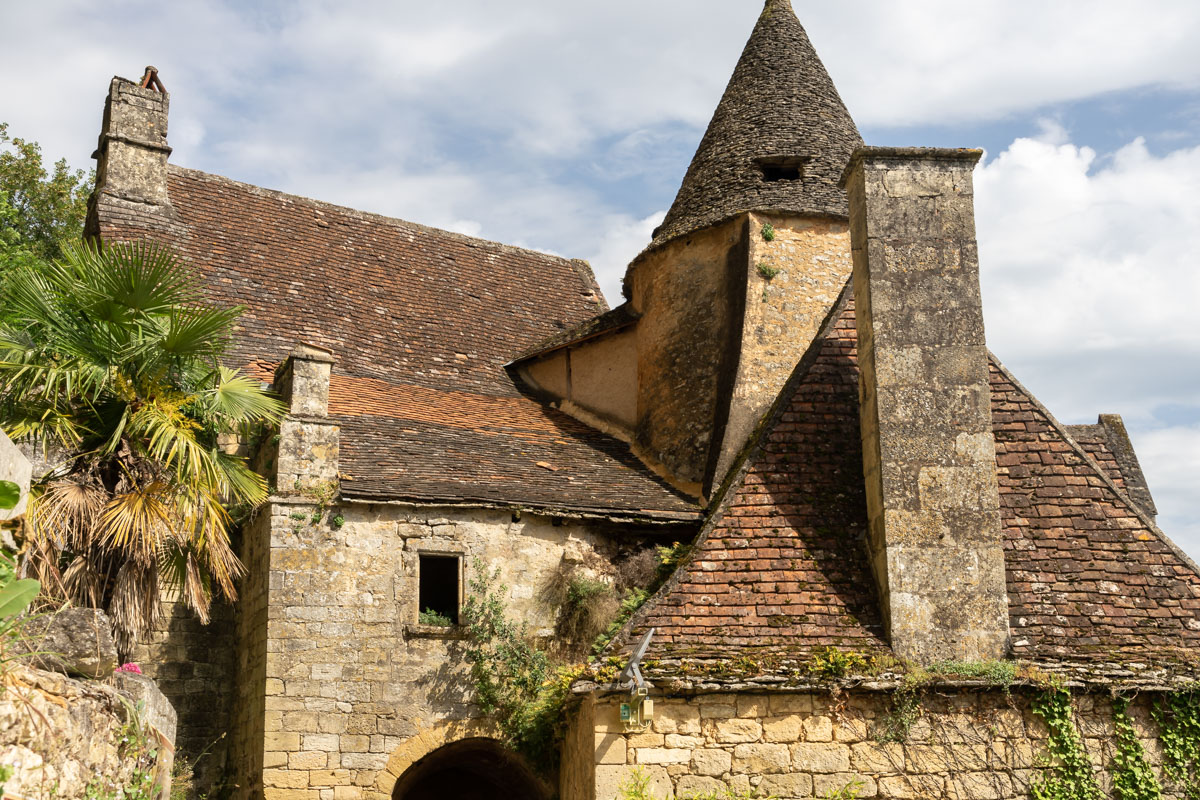 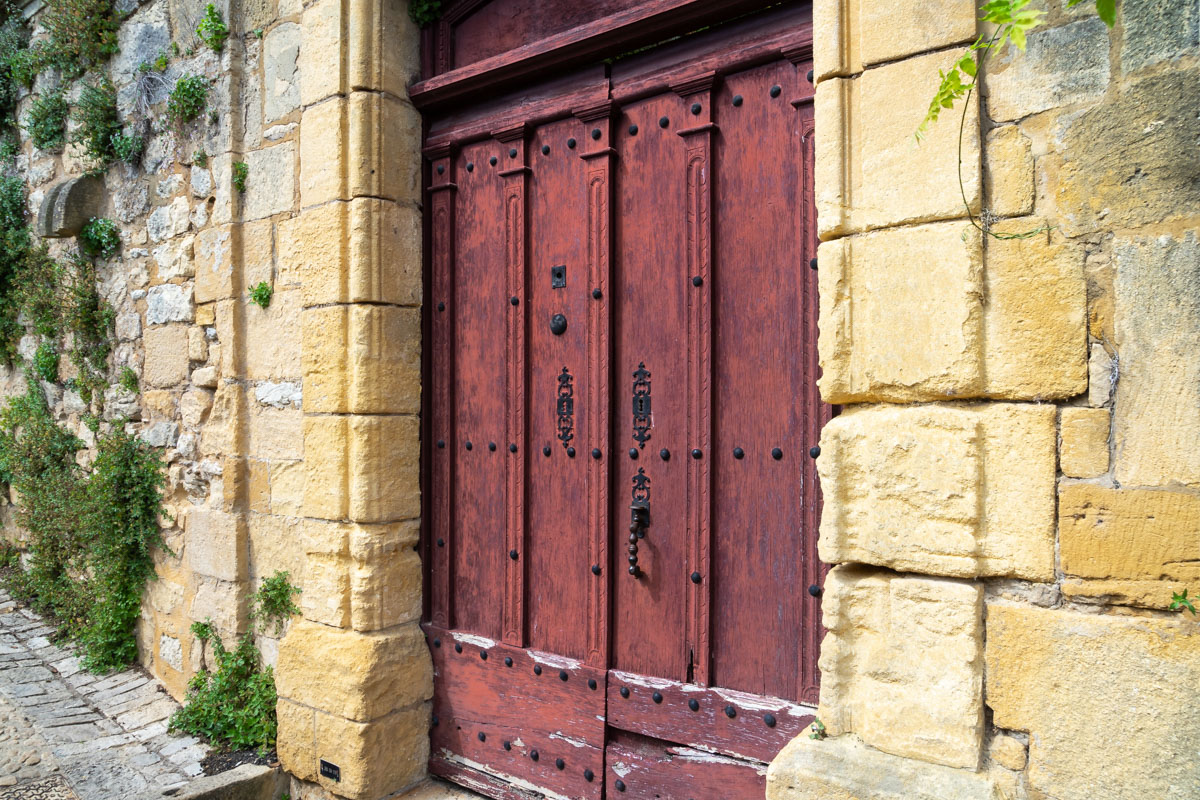 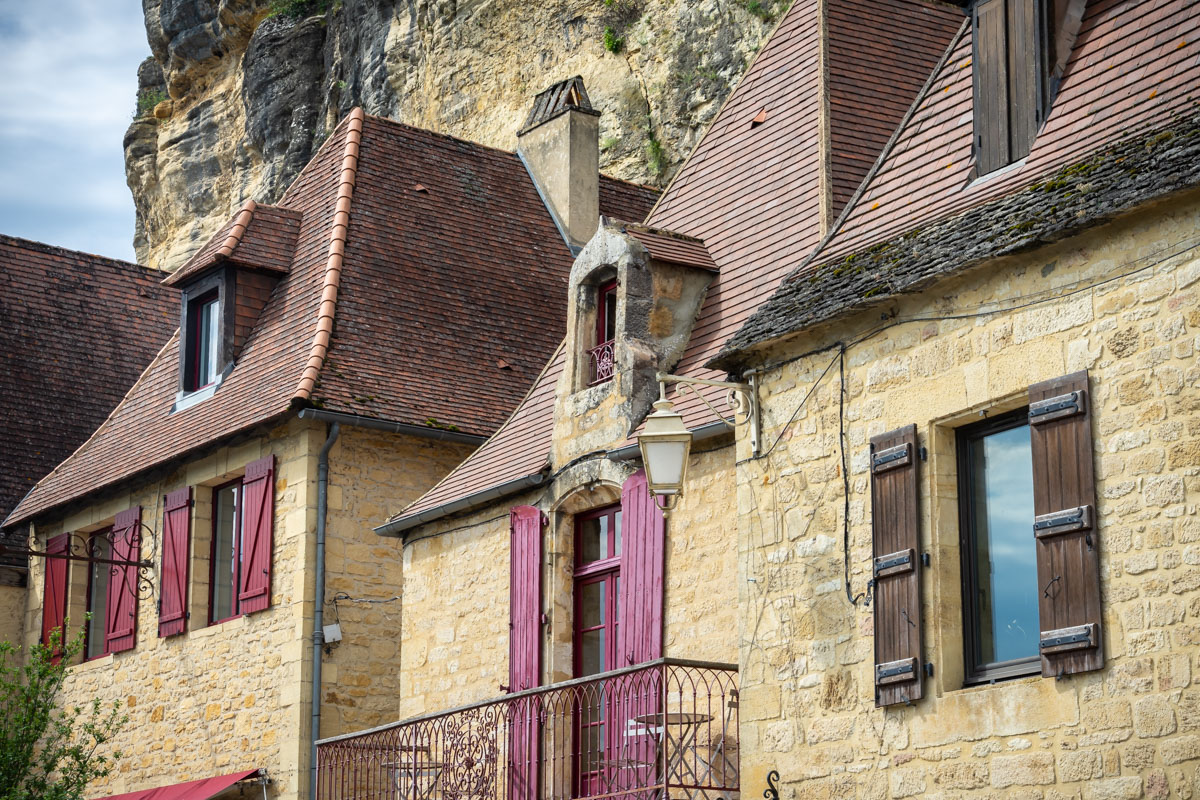 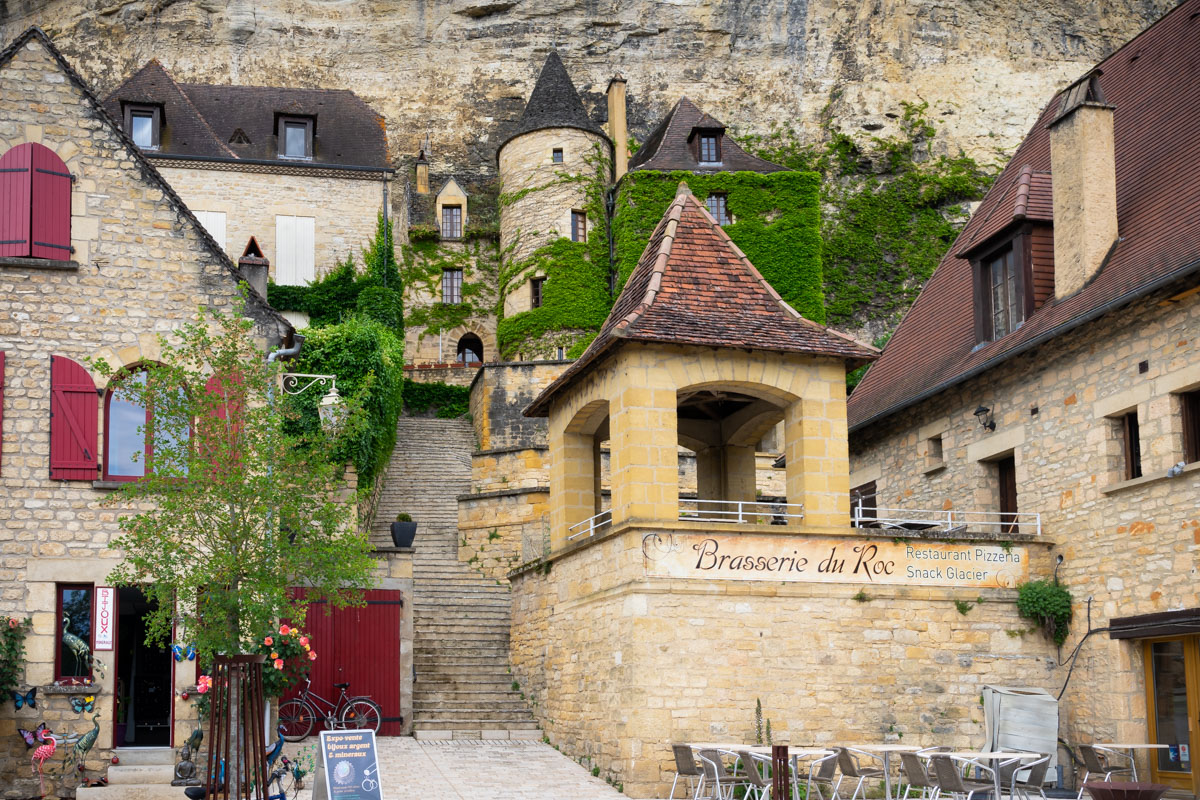 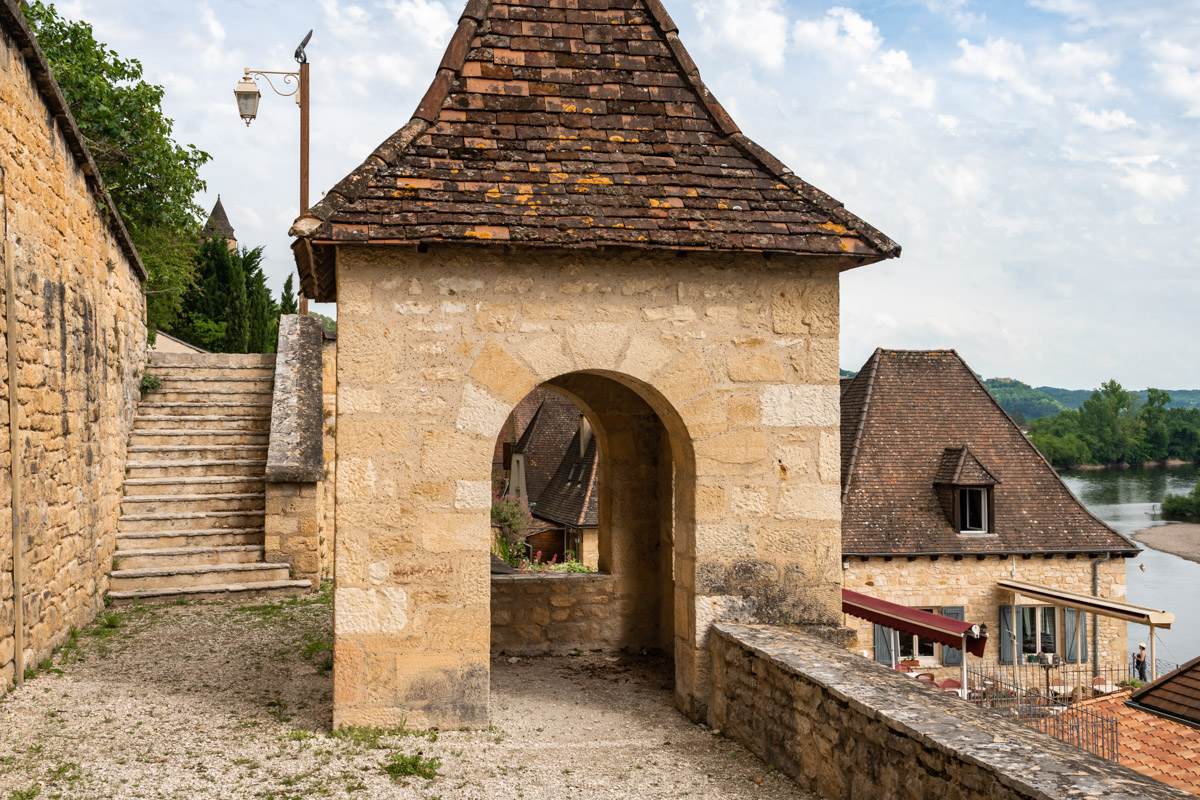 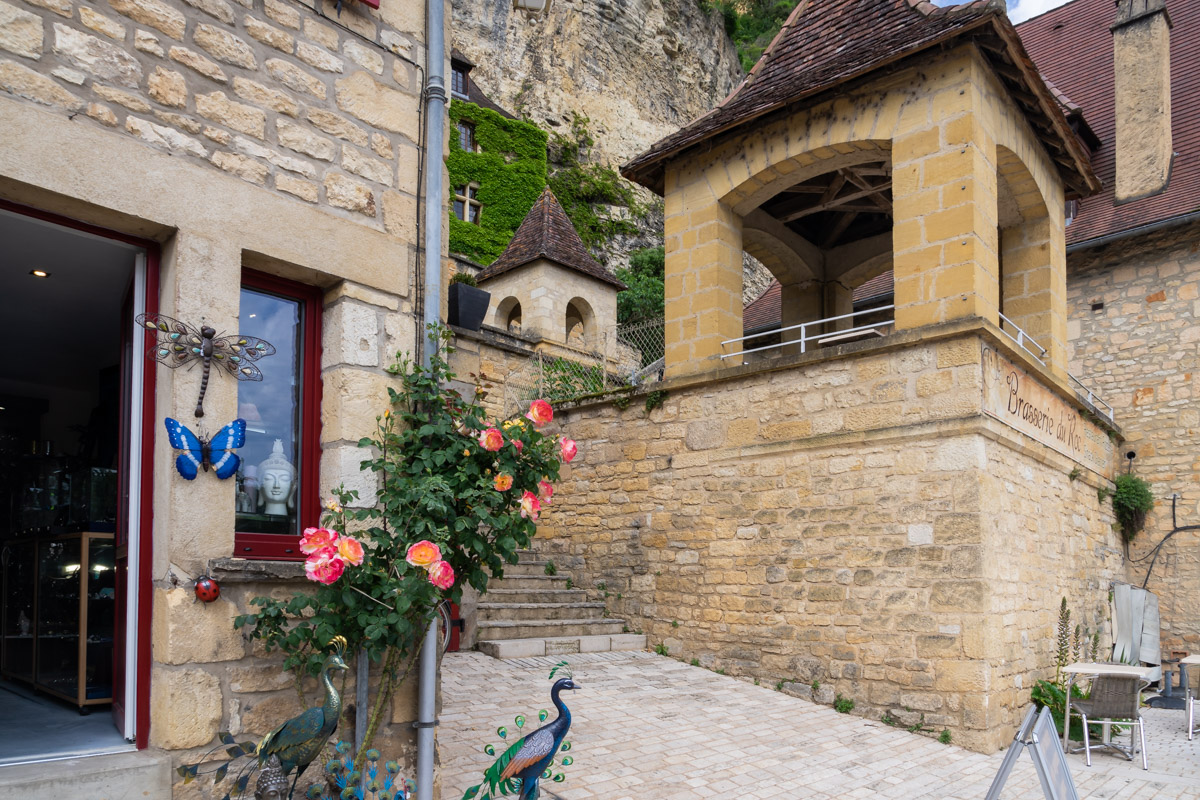 Built into the rock above the village are both the traditional troglodyte dwellings and the remains of the medieval fort, which, according to the posted signs, is about to undergo restoration at non-trivial cost. 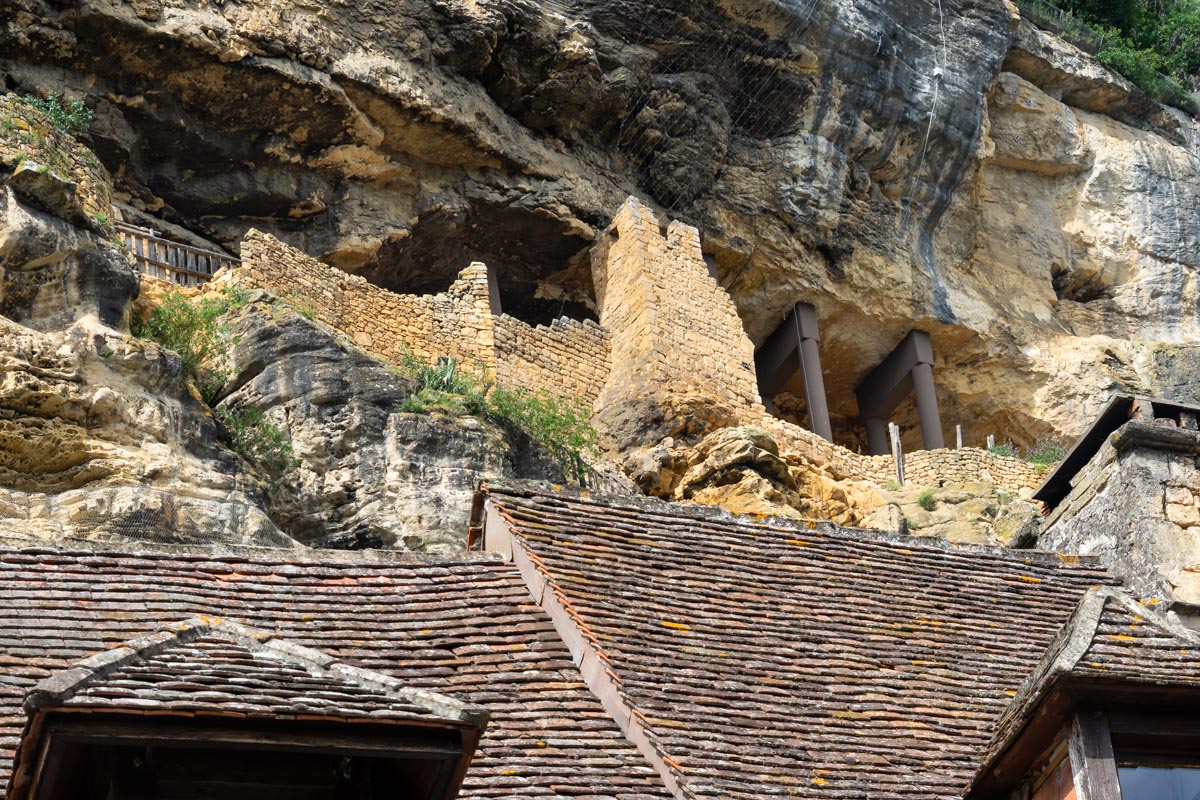 I did not take pictures of these everywhere, but every smallest village in France seems to have an obelisk commemorating native sons and daughters who did not come back from the World Wars of the 20th century. Here is the monument in La Roque-Gageac. 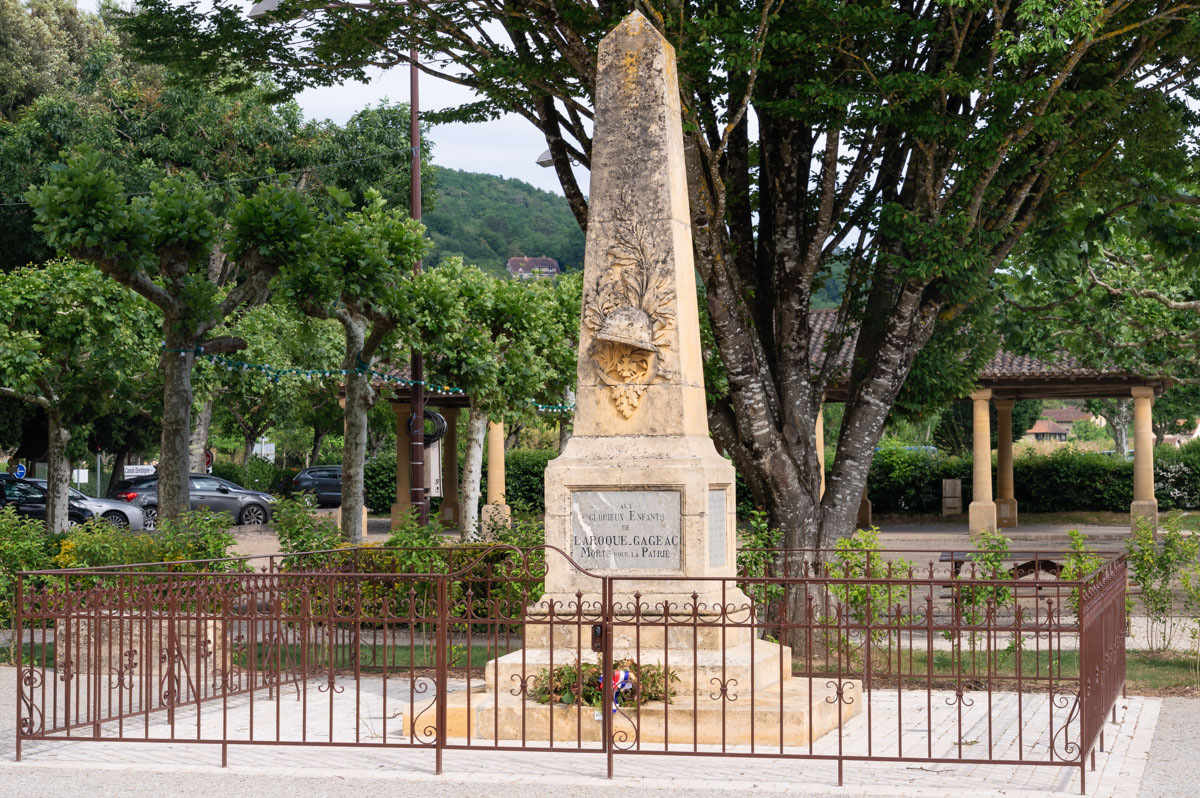 The river cruise boat already featured in the past posts as well. Here it is from a less elevated perspective than before. 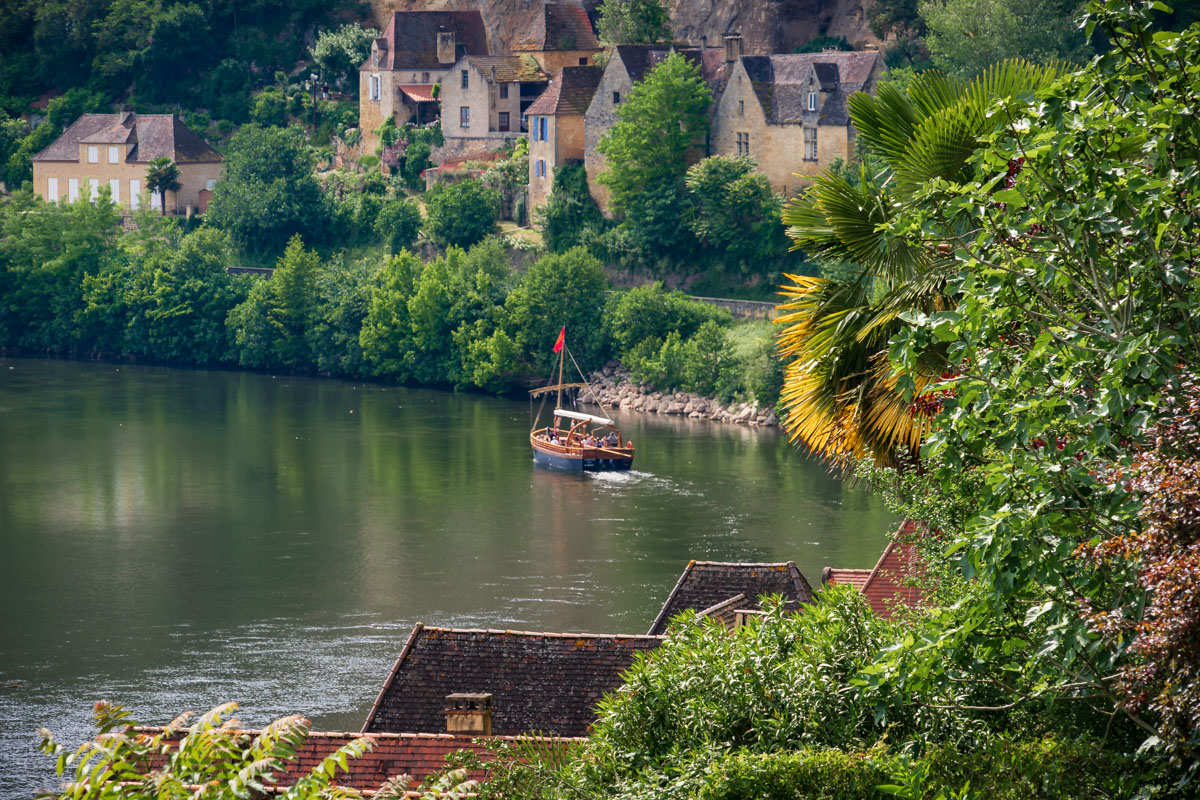 We will later learn that “the prettiest” in “The Prettiest Villages in France” is rather subjective, but La Roque-Gageac has got to be a contender.