Driving along the banks of river Dordogne, it is impossible to miss Château de Beynac. From its perch atop one of the highest hills in the area it presides over the stretch known as “the valley of the five castles”. Here is the main road approach view. 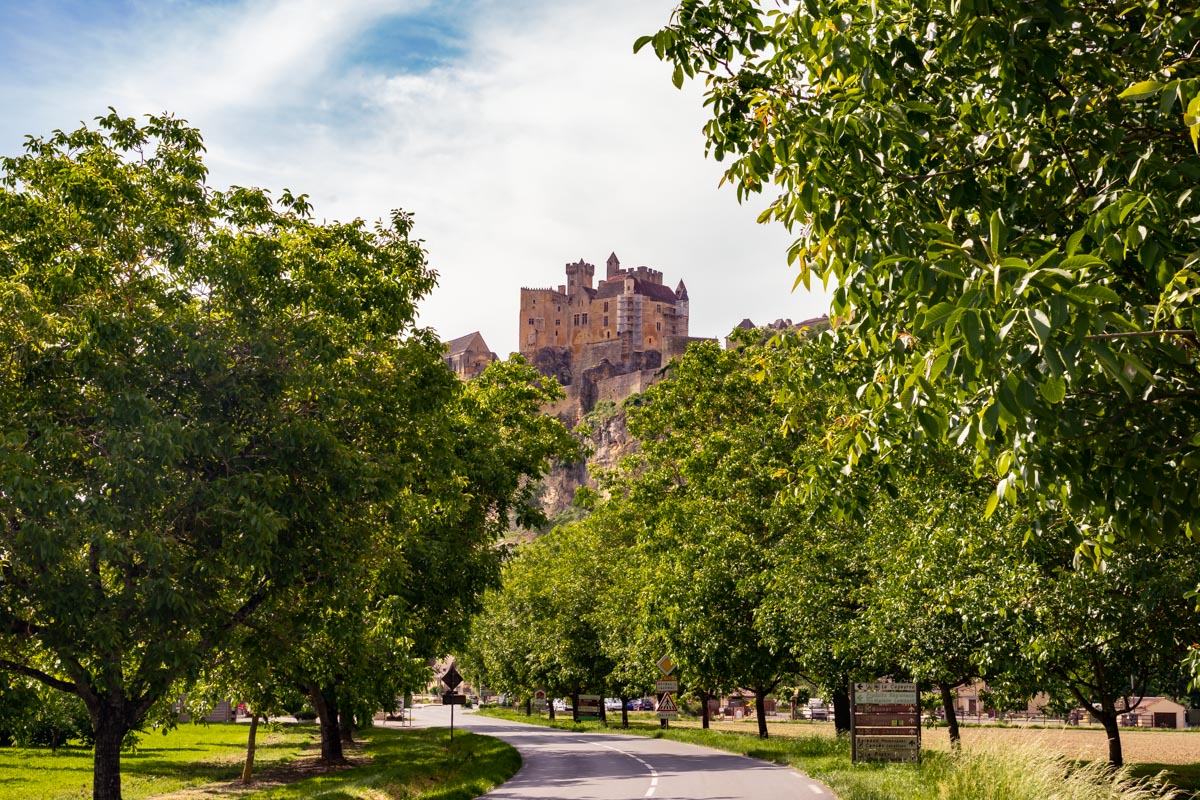 And a longer focal-length shot from the same spot. 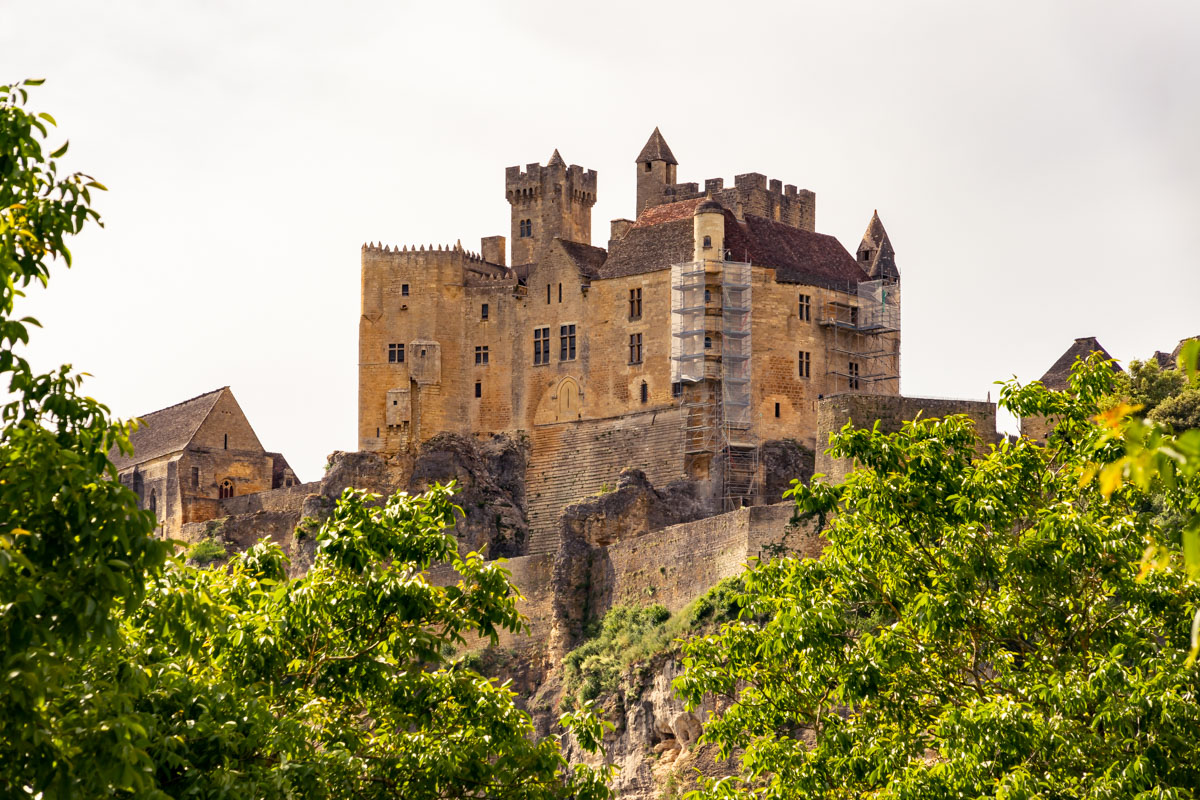 The opposite end-of-the-village angle, highlighting the chapel standing on the castle grounds. 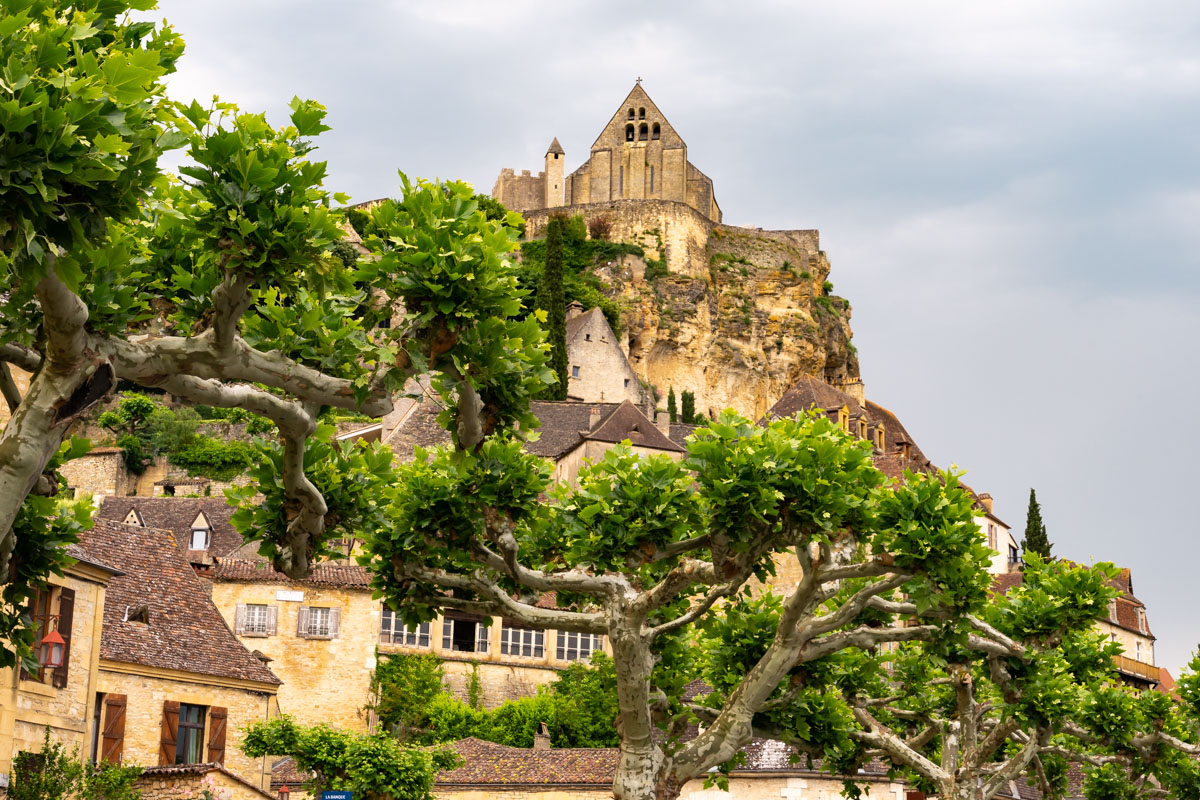 The name Beynac-et-Cazenac indicates that it is a village made of two historically distinct communes. We technically only spent time in Beynac. It is this part that is truly deserving its place on the list of Les Plus Beaux Villages de France. One of the earliest stops on our Dordogne itinerary, Beynac remained among the most impressive sights all the way through the trip. Despite the rain the accompanied our visit there.

Here are a couple of fragments of the lower part of the village. 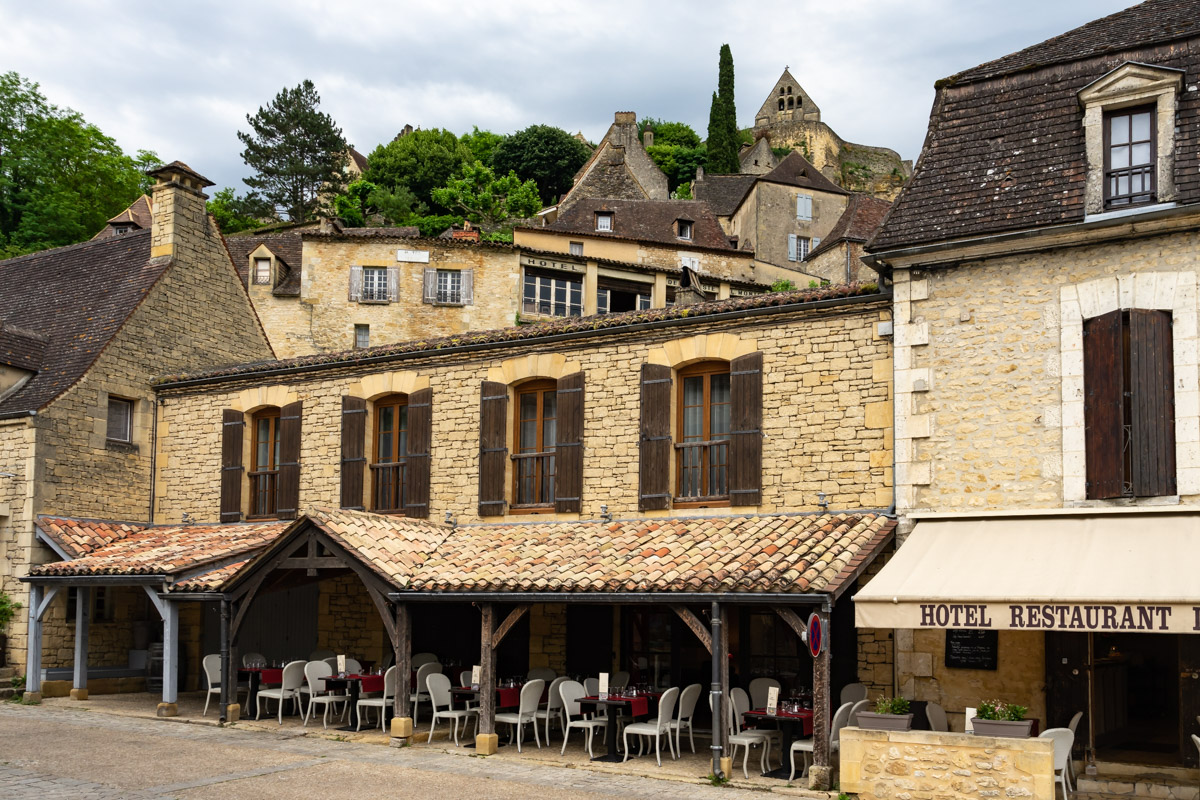 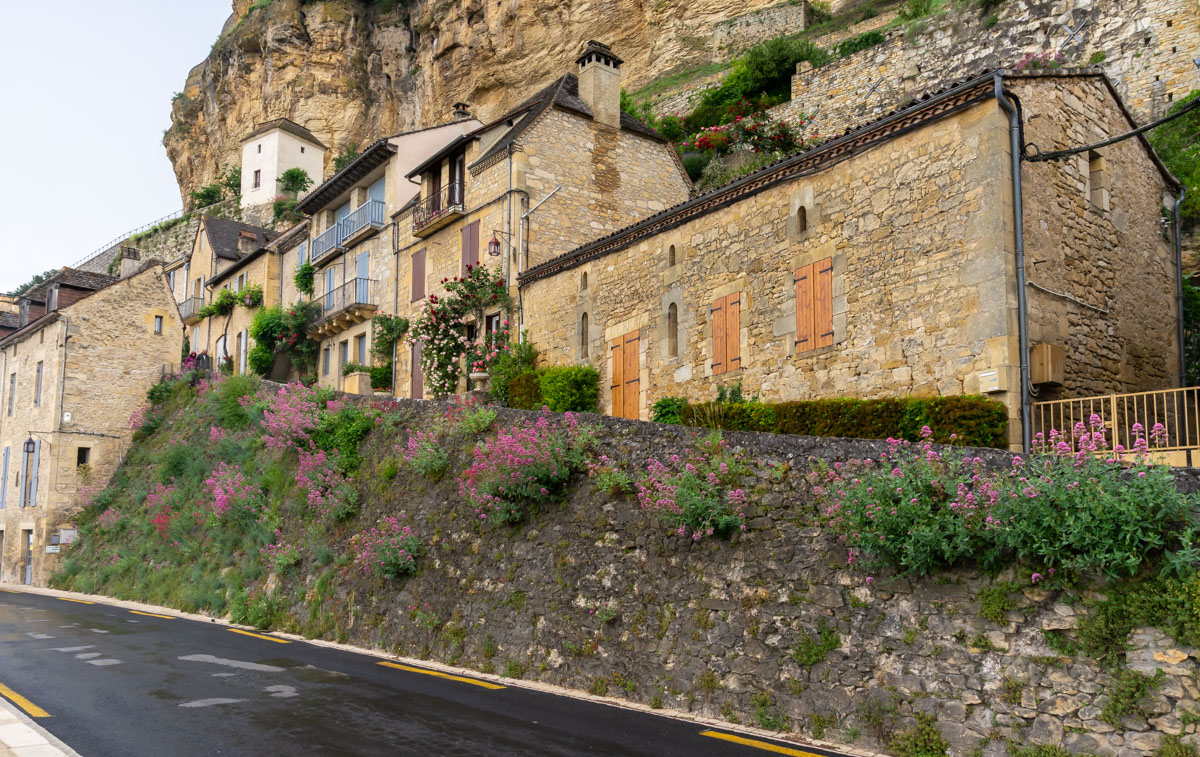 A narrow winding street works its way towards the castle at the top of the hill. Along the way, you go from one picturesque corner to another. 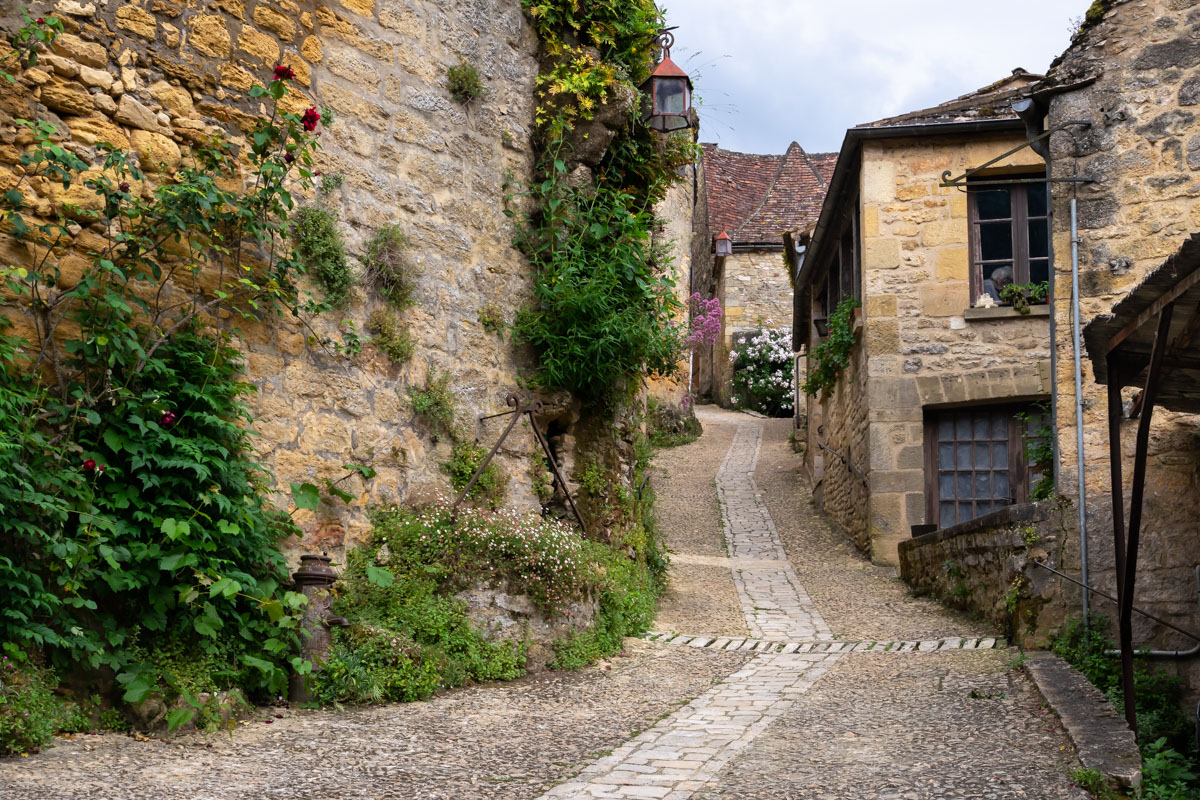 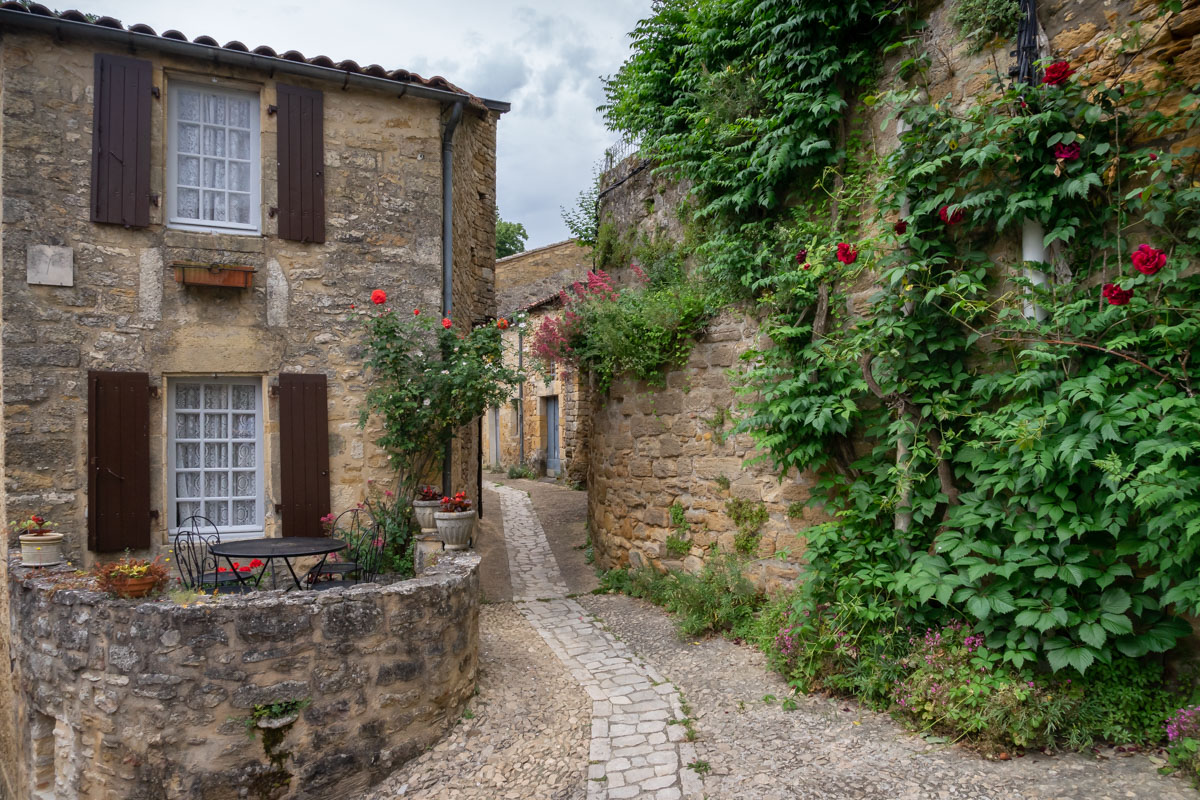 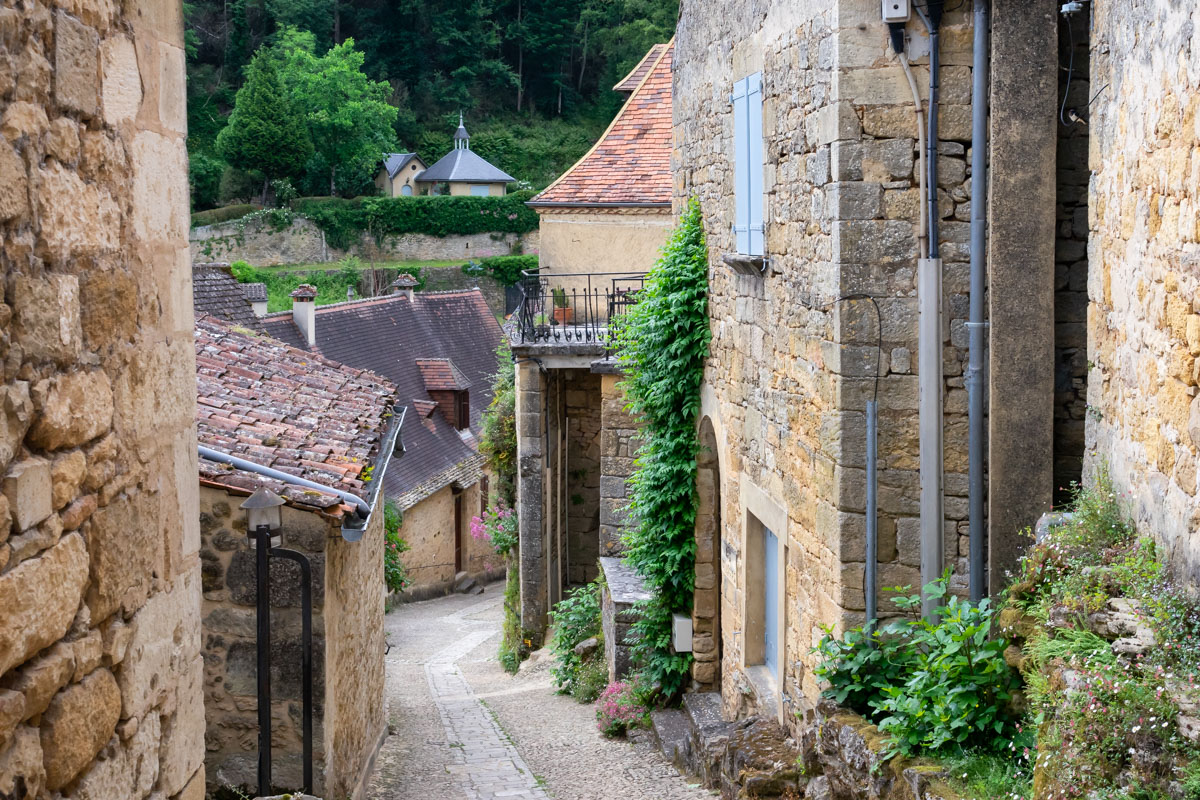 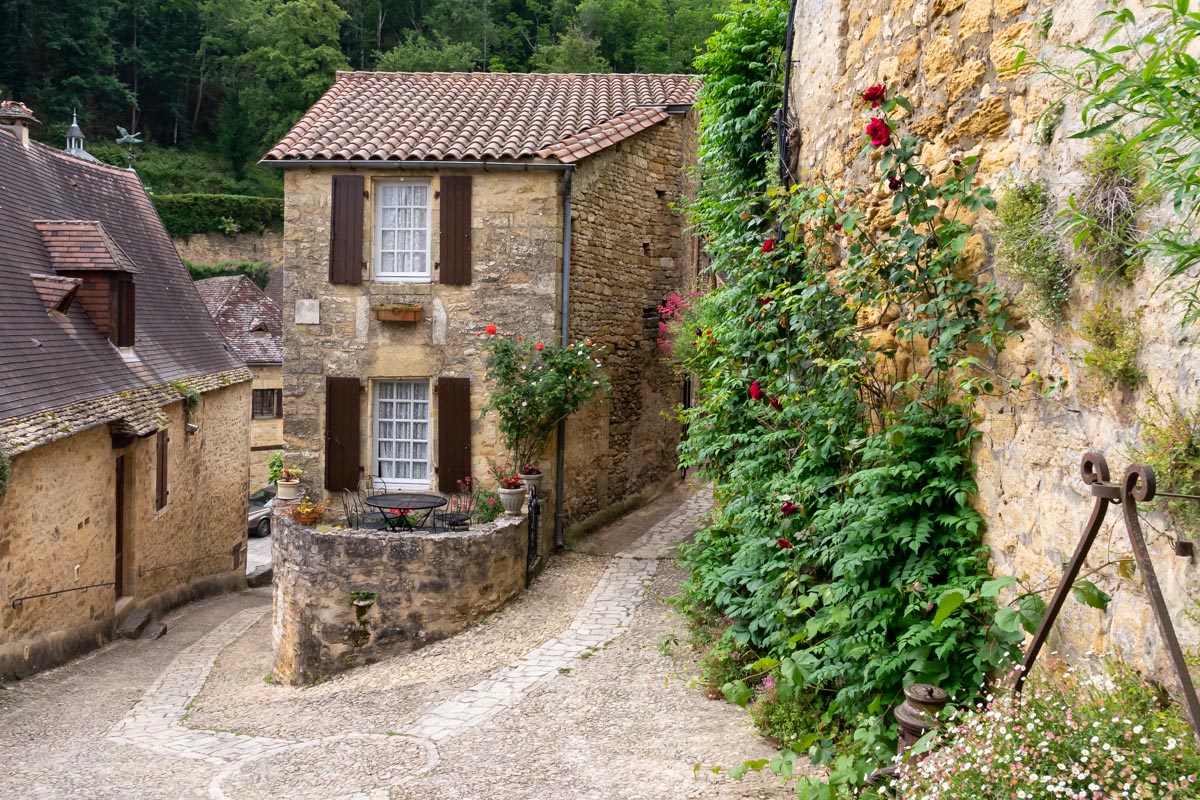 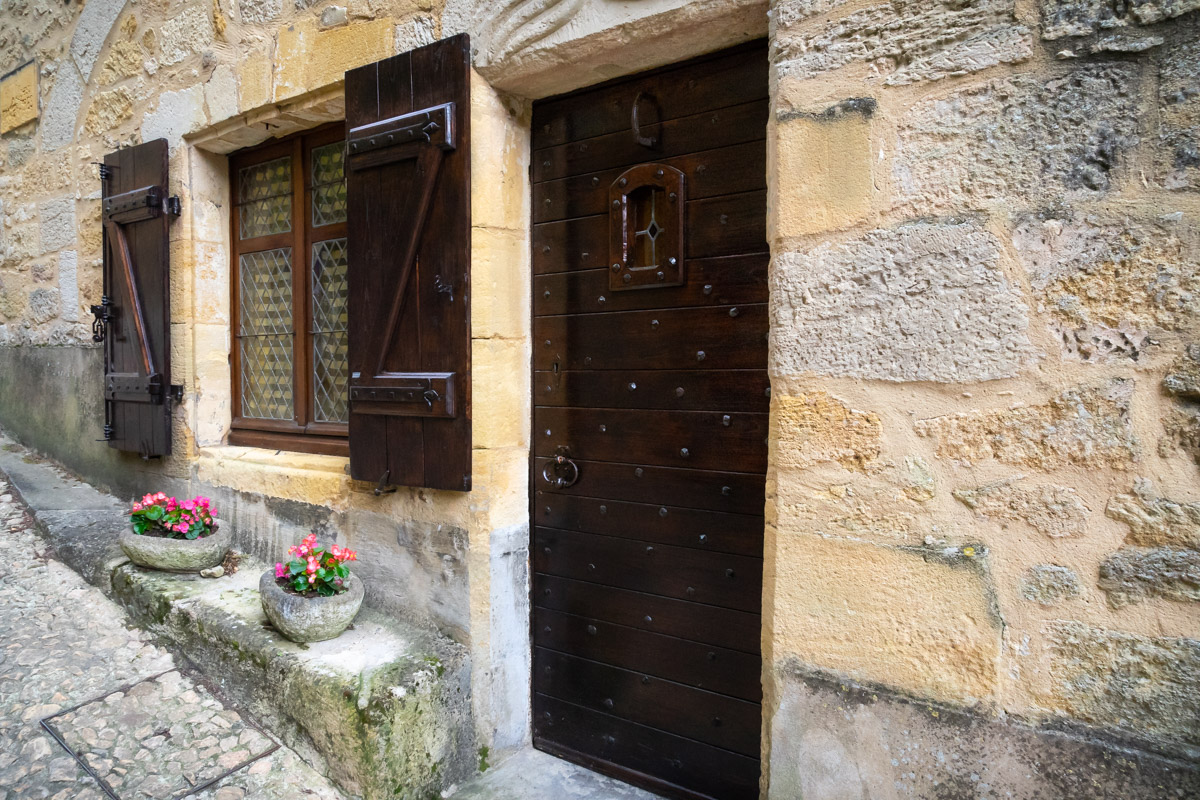 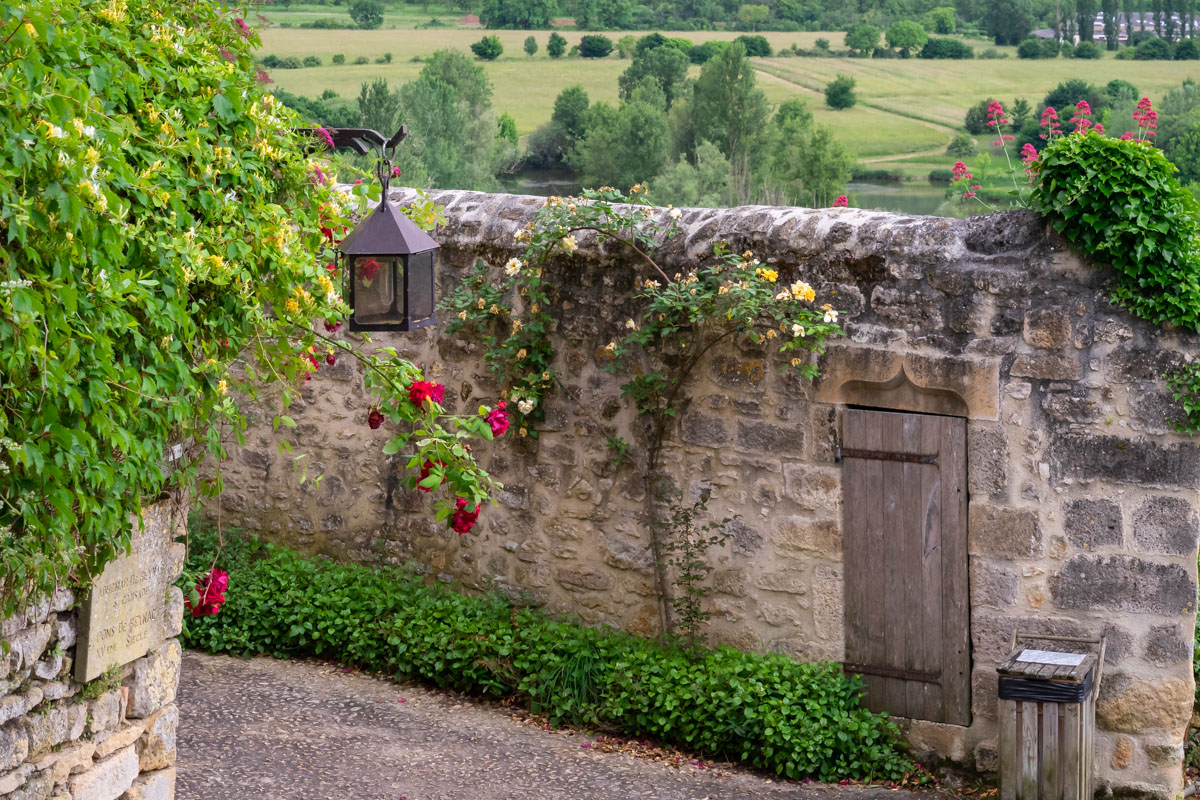 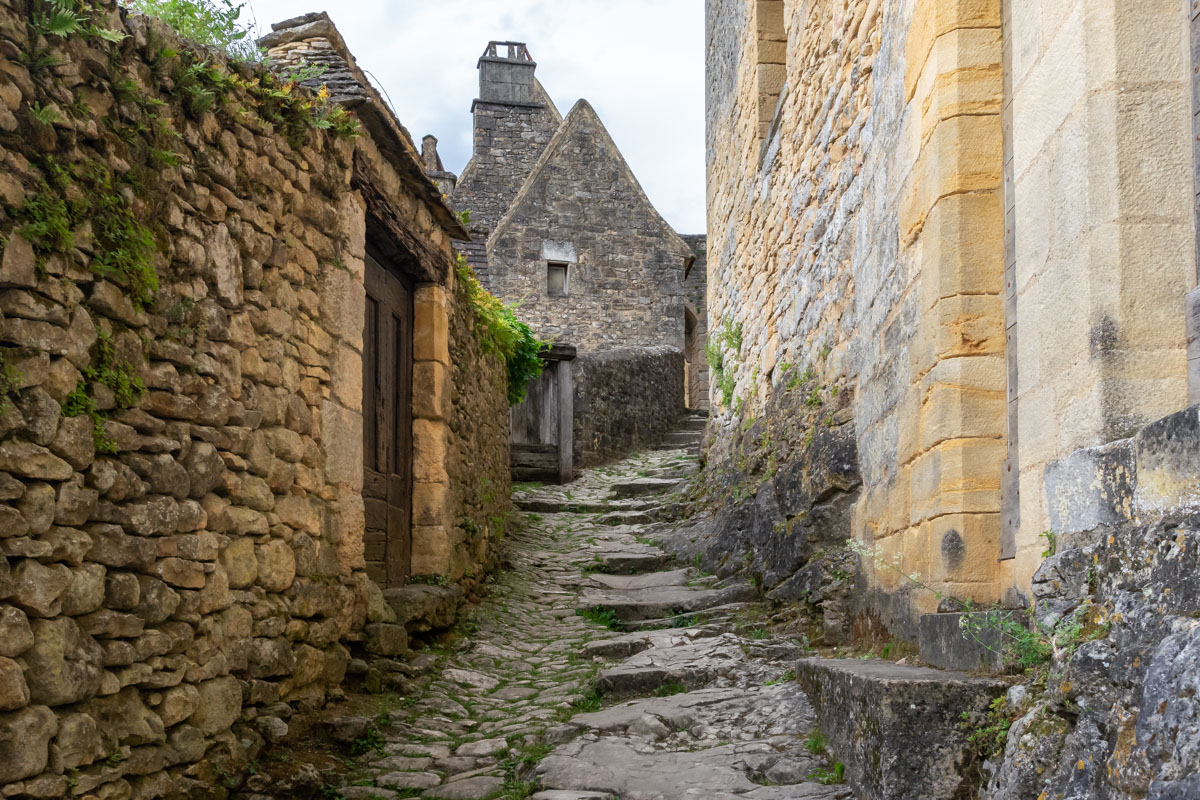 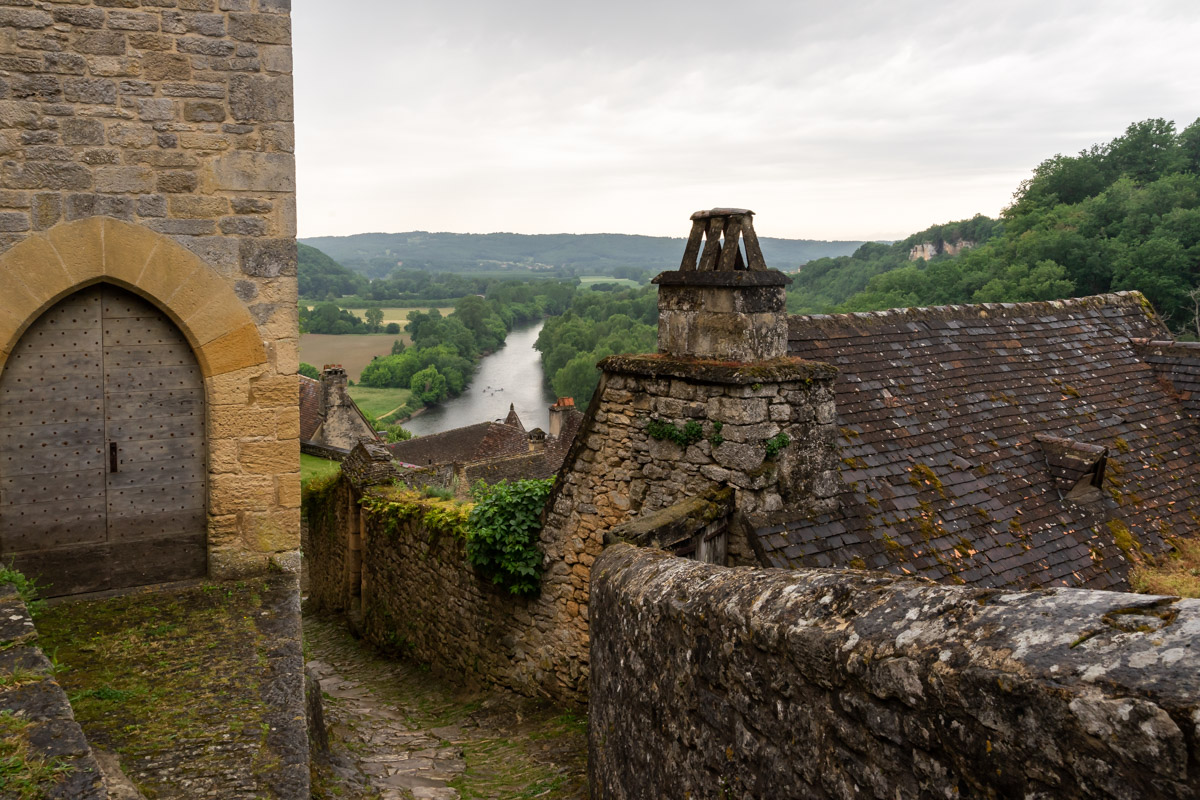 You also get different valley perspectives. 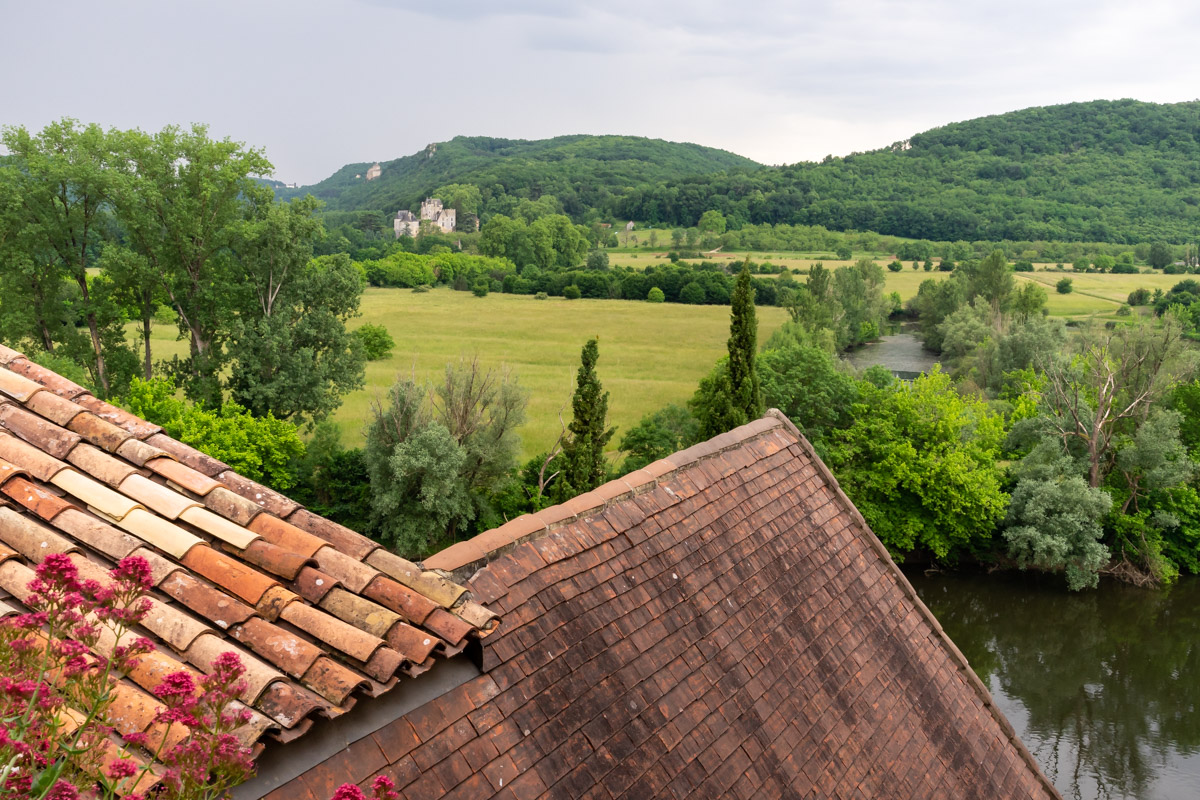 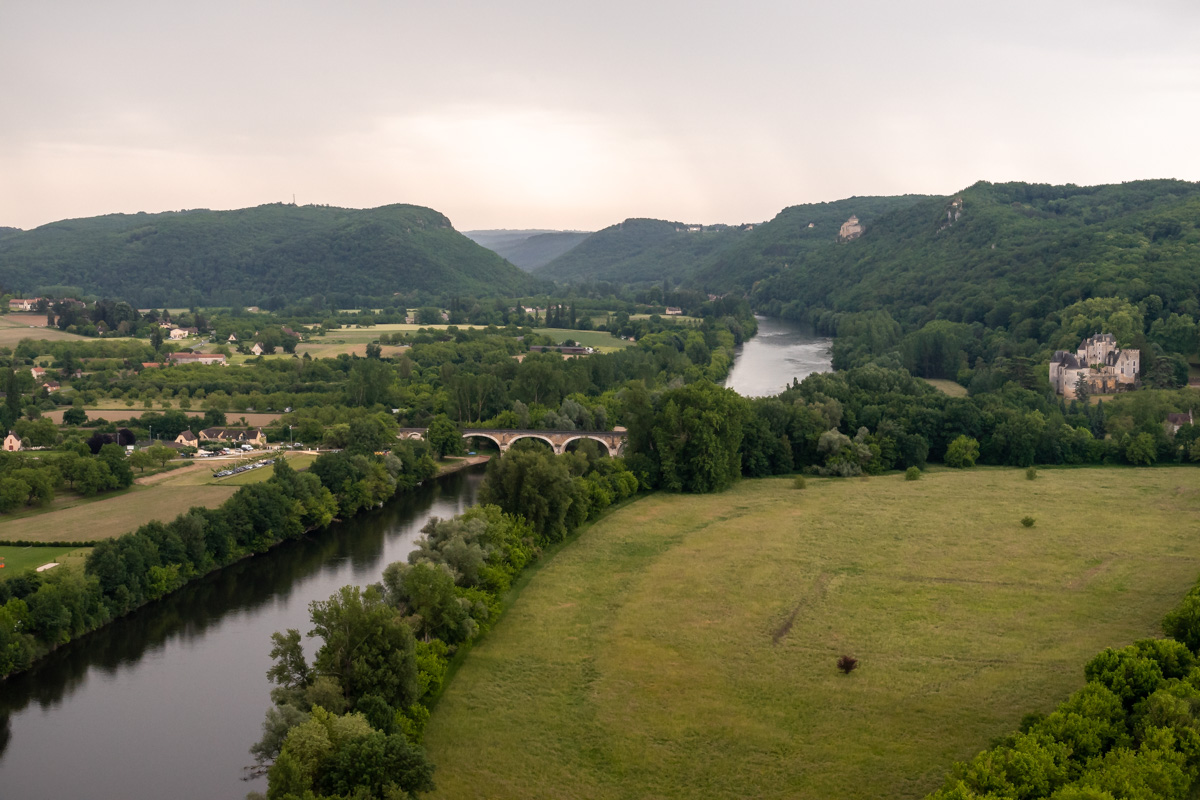 And then you finally arrive at the castle. 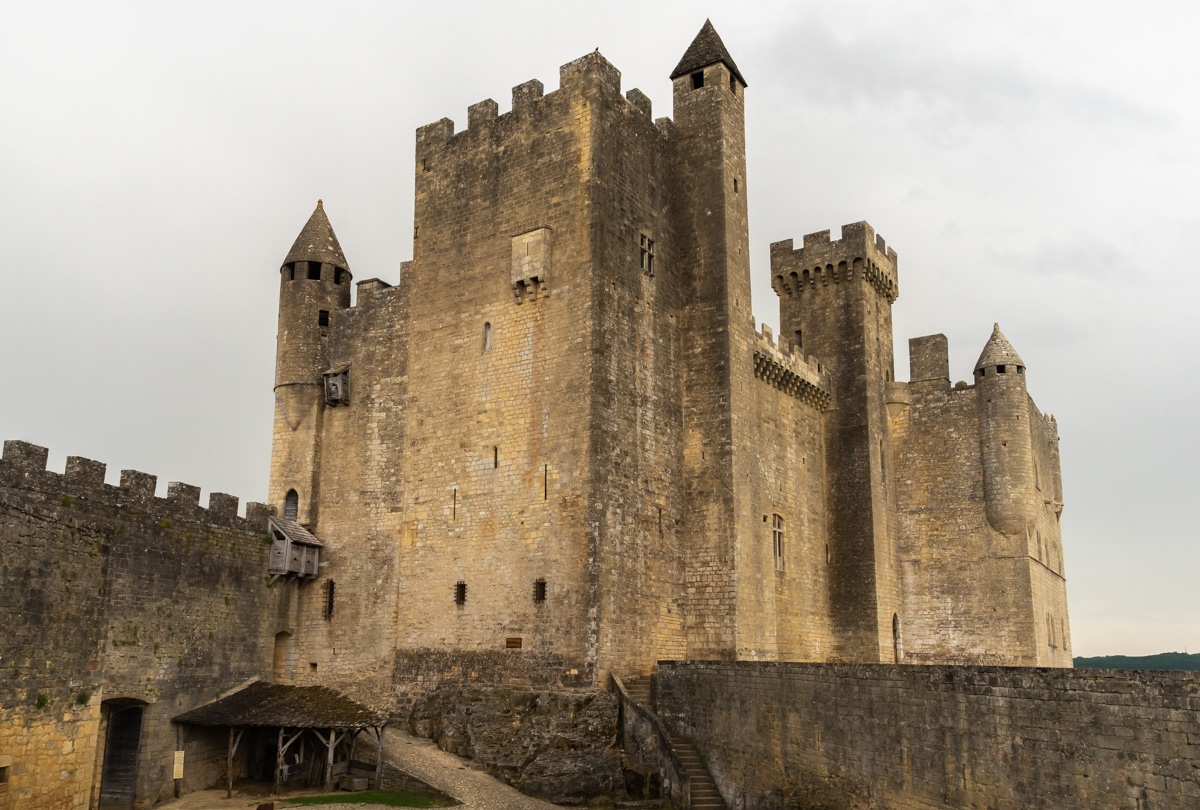 Beynac Castle dates from the 12th century and has seen various expansions through the 17th. Although short on knockout features, its excellent state of preservation and the commanding position make the climb to get there and the nominal fee to enter very much worth the time and effort. 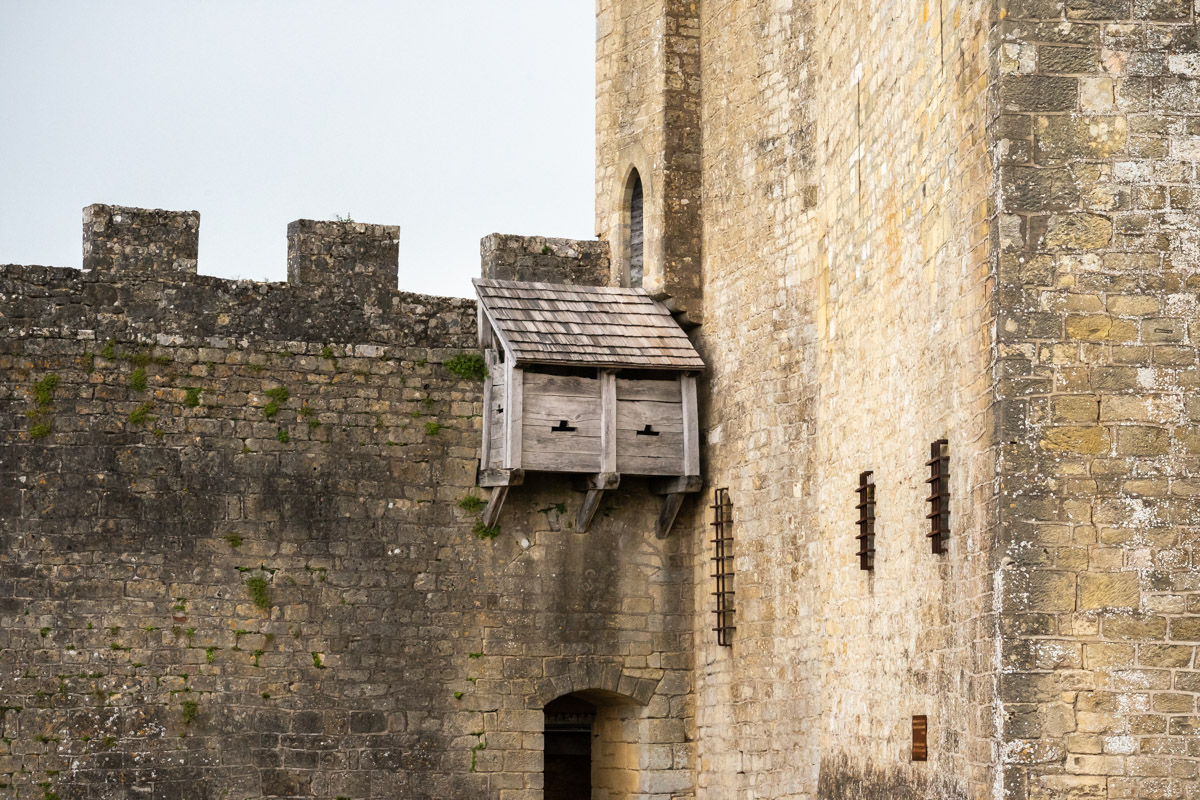 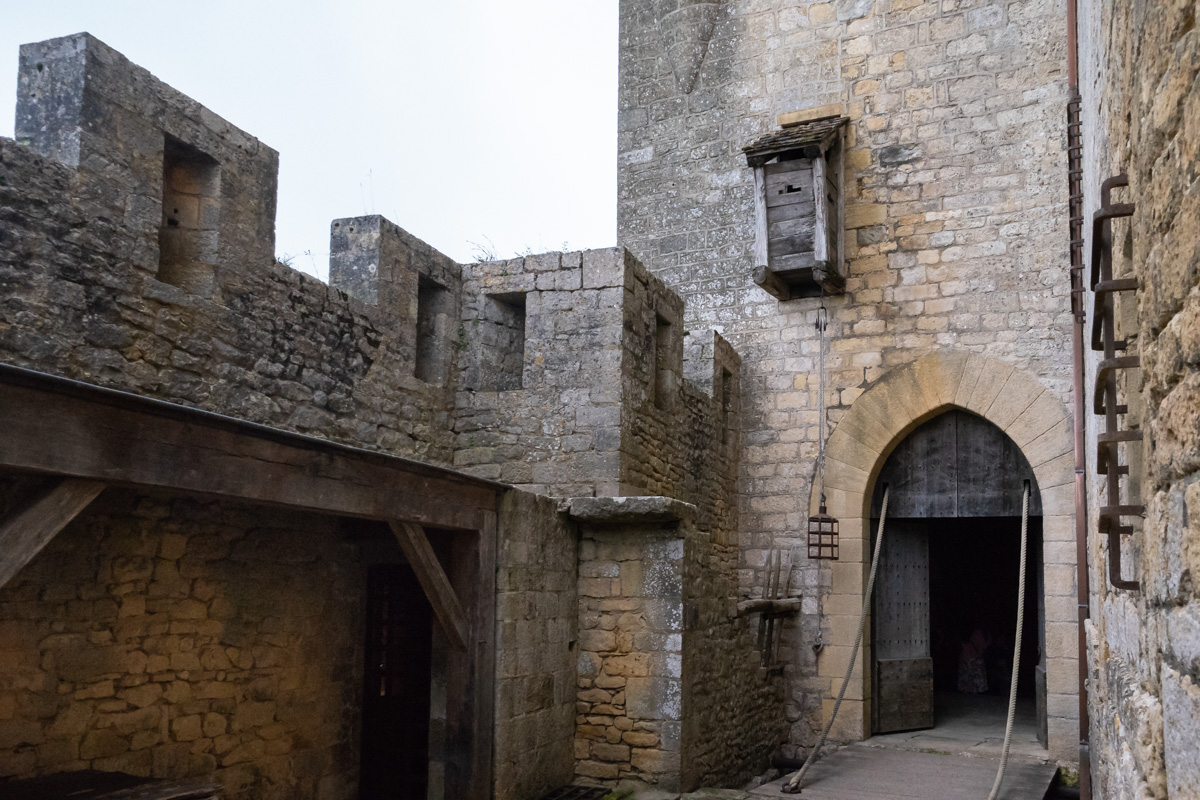 The States’ Hall headlines the fairly sparsely furnished interior spaces in the castle. 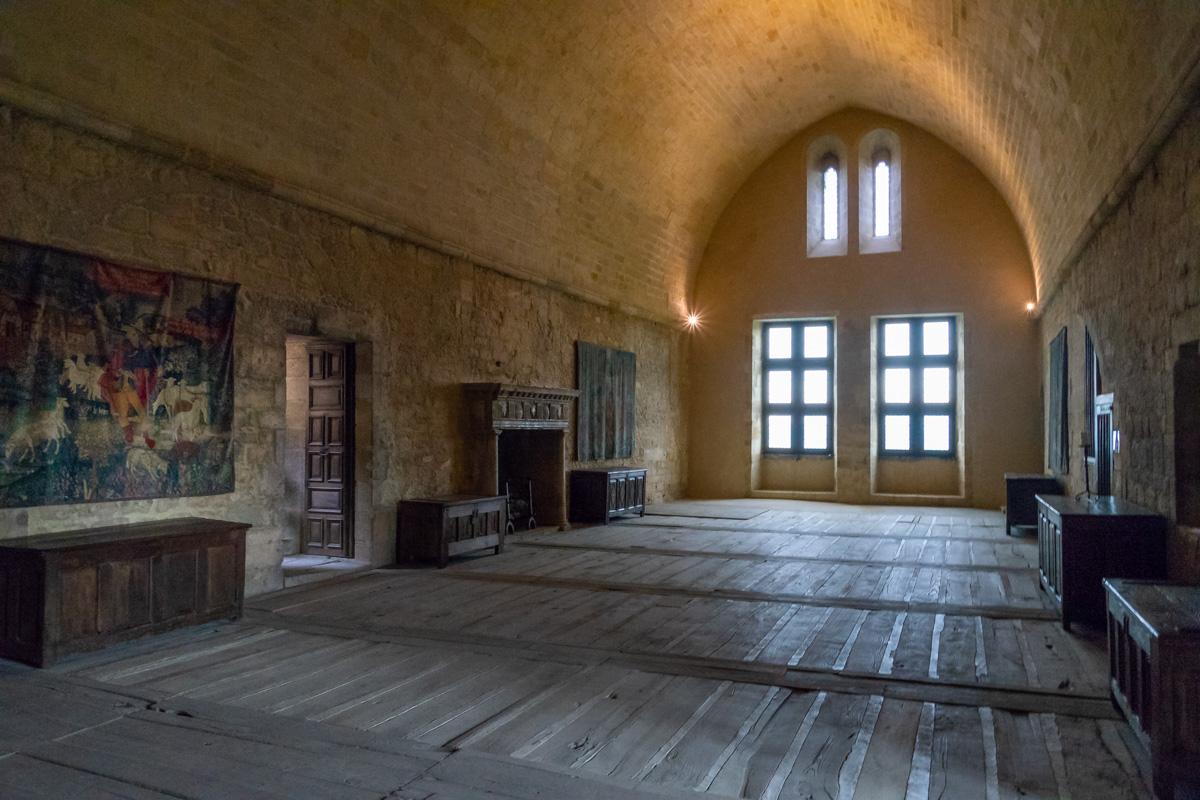 From the ramparts of Château de Beynac, you get a panoramic view of the valley.

There does not seem to be an exact definition which castles give the valley its “five castles” name. Château de Beynac is definitely one. Château de Castelnaud, not seen from here on the other side of the hill in the middle of this perspective, has got to be another. So does Château de Milandes, also not visible from this viewpoint, hidden by the large hill in the center-right of the picture. Château de Marqueyssac, in the distance about a third of the way from the left edge of the picture, is more known for its vast gardens, but probably still qualifies. The fifth one could be Château de Fayrac, the one clearly seen in the middle of the pano (and in the prior perspectives); it is significant in appearance, but is the only one of the major castles in the area with a private/no-visitors status.

We will see all of these châteaux (except Fayrac) up and close in the upcoming installments of this trip’s photo-diaries.

Close to the right edge of the panorama, there is another barely discernible château off the main road. It is Domaine du Château de Monrecour, a superb hotel that was our base for the exploration of the area. A ready-made recommendation for future visitors to Dordogne if there ever was one.

A few more intrepid tourists defied the weather by getting onto a cruise along the river. The boat looked pretty insignificant from the heights of the castle even at the longest focal distance. 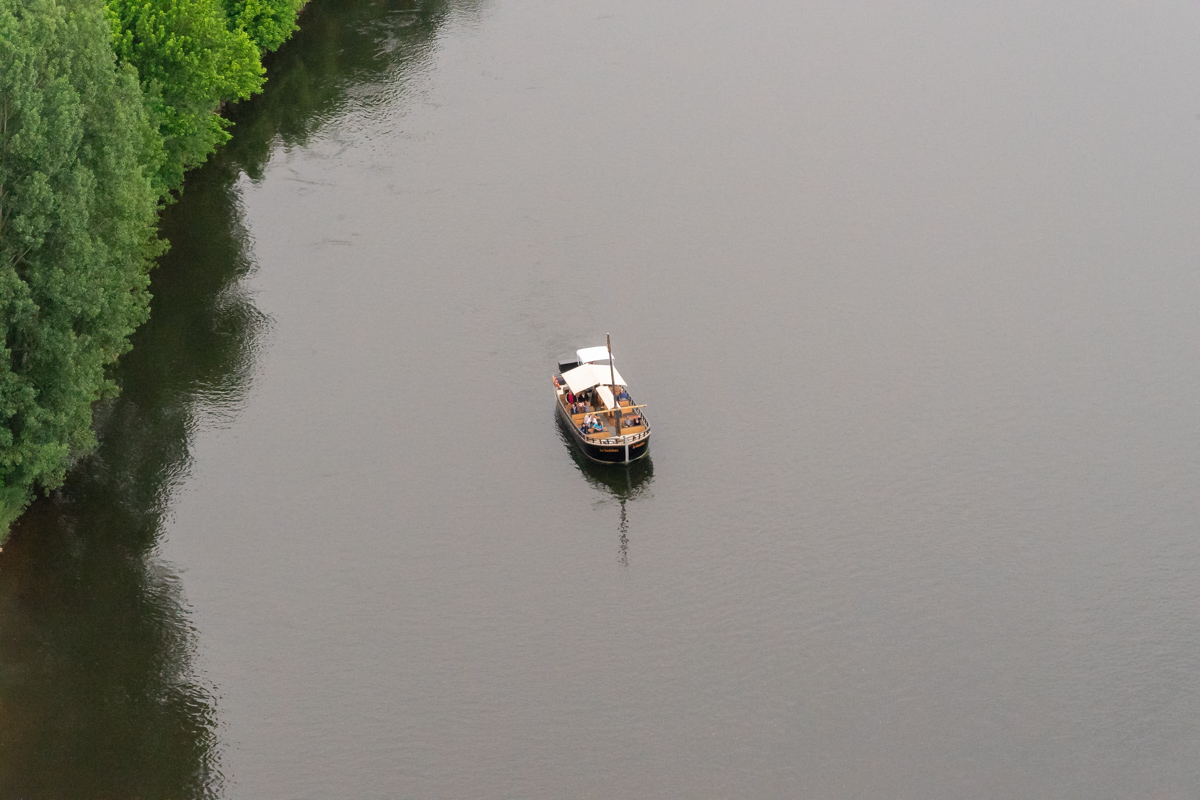